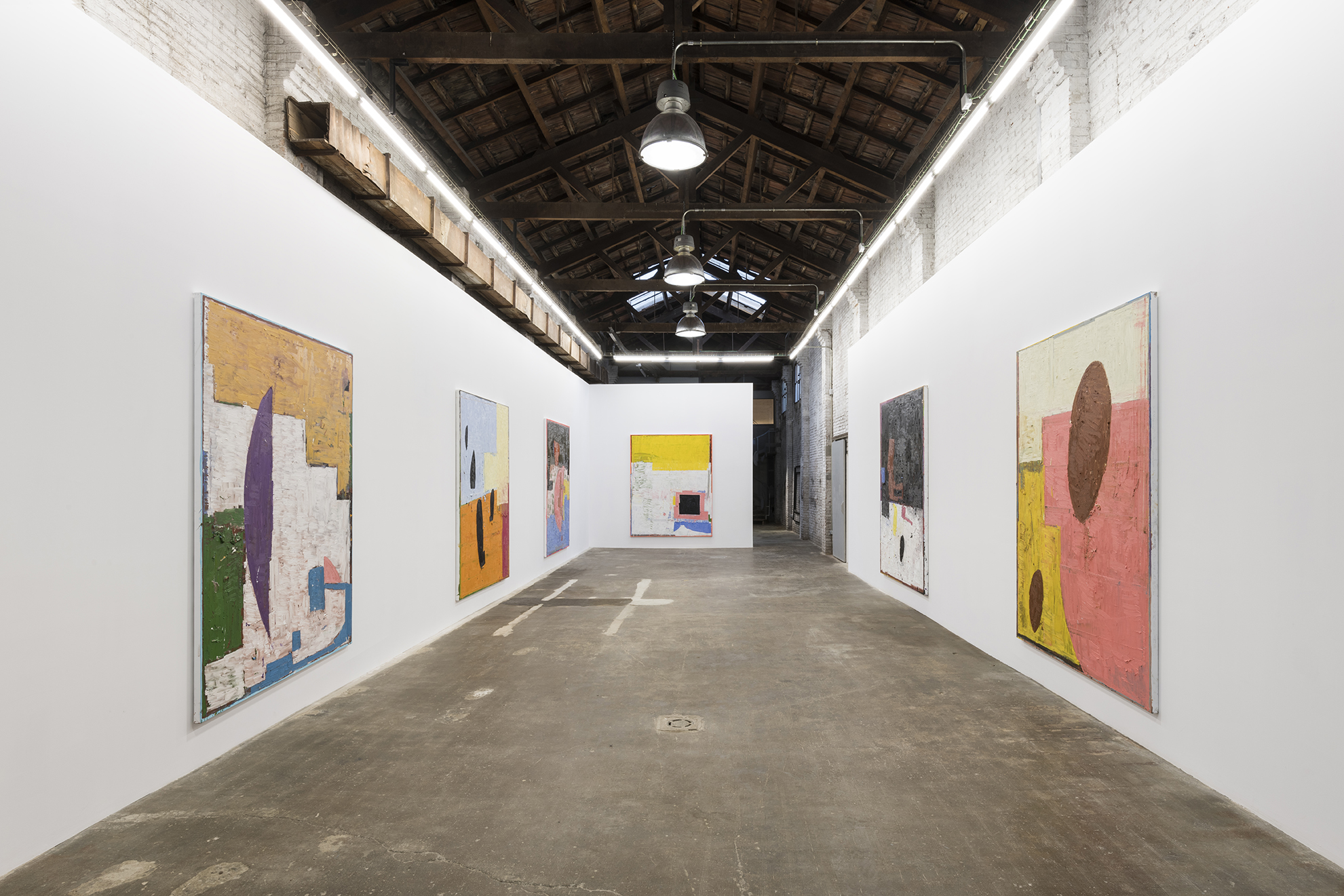 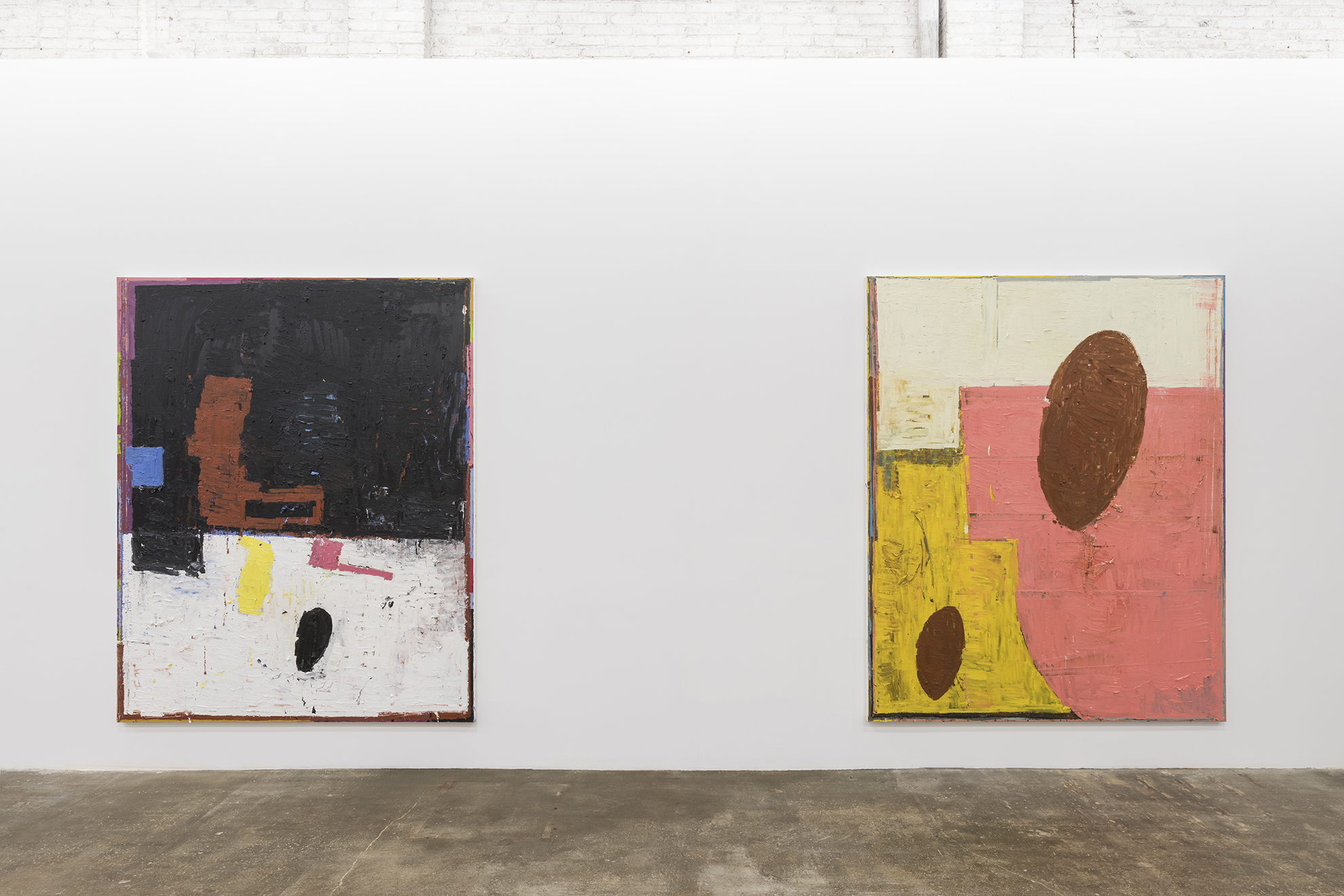 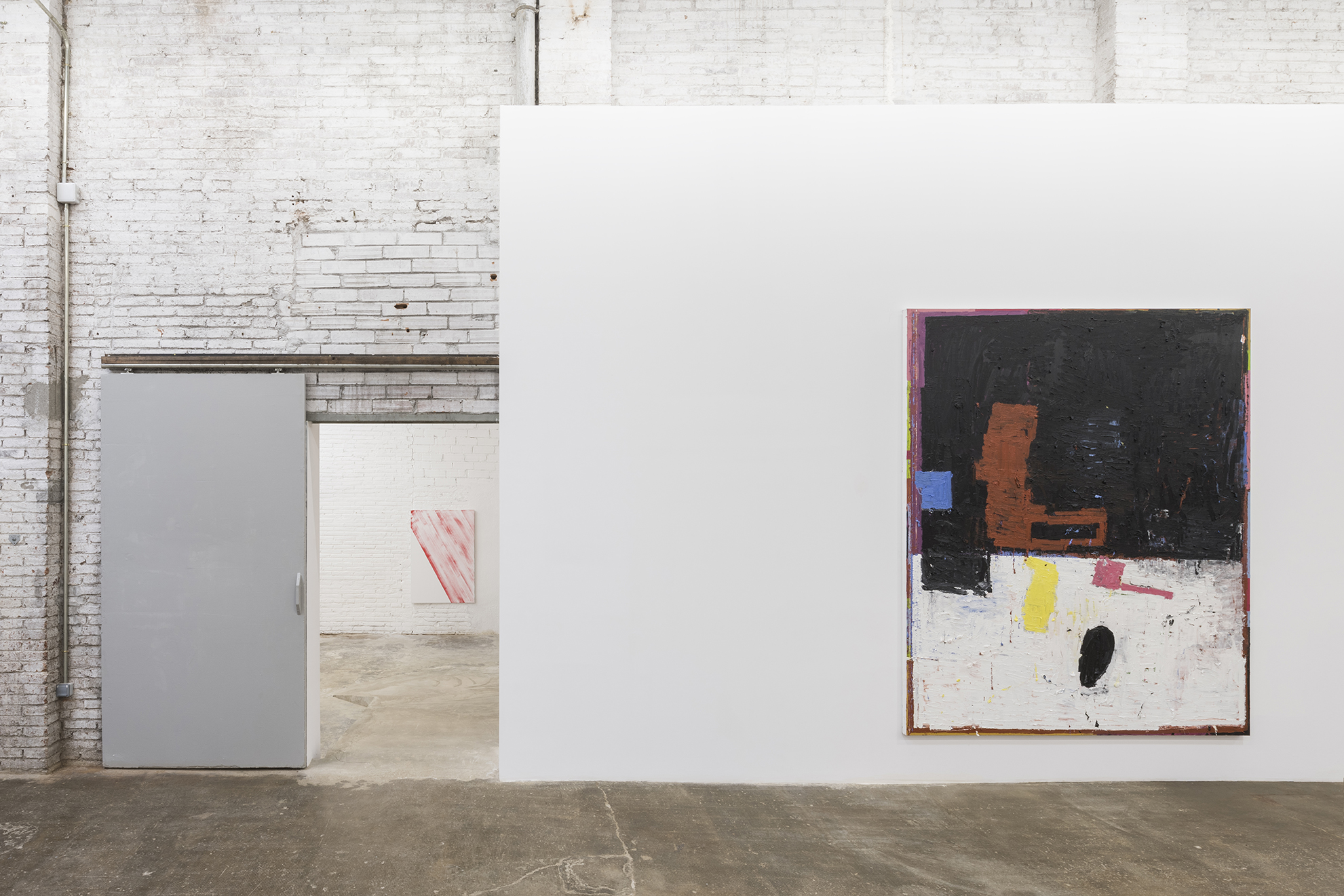 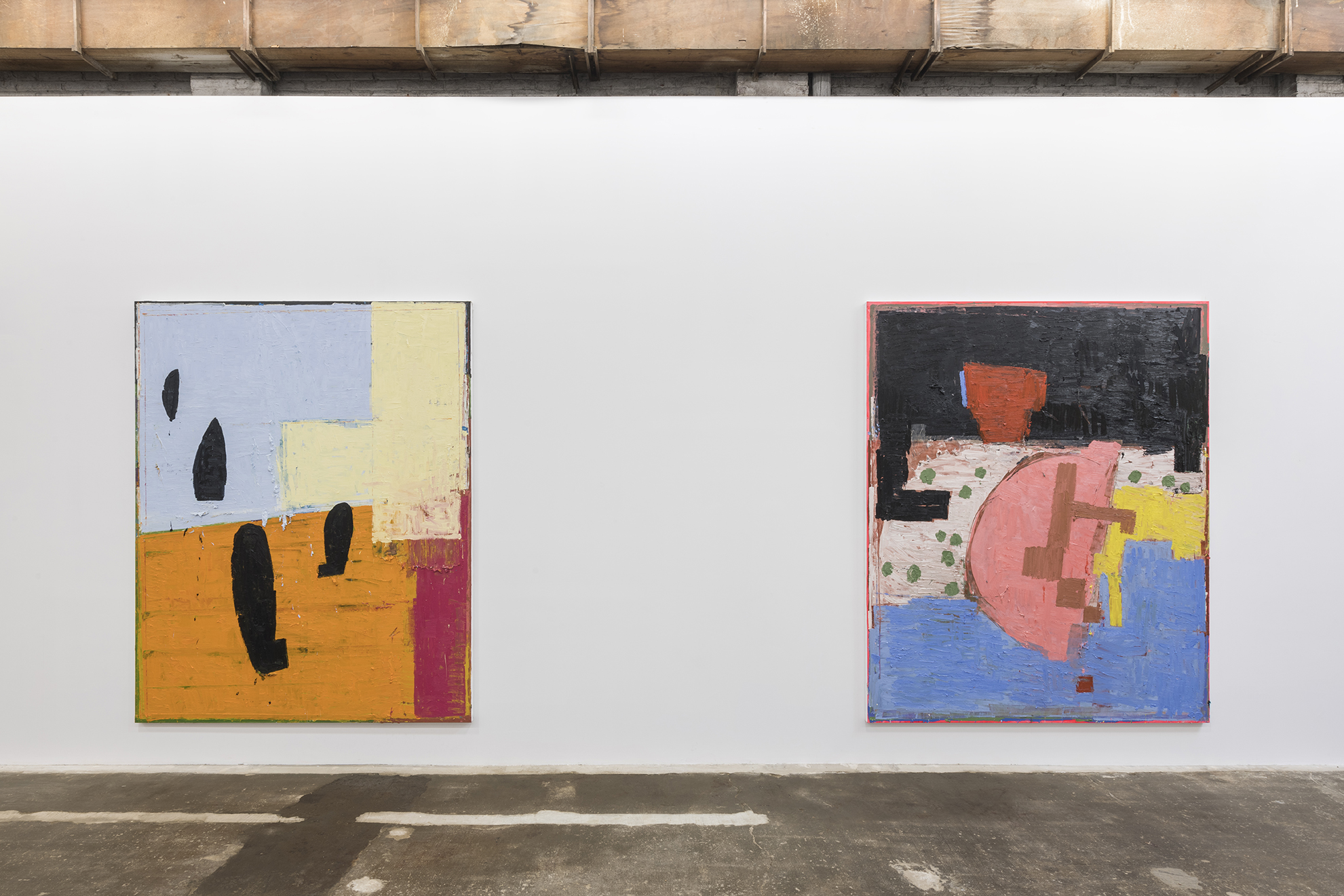 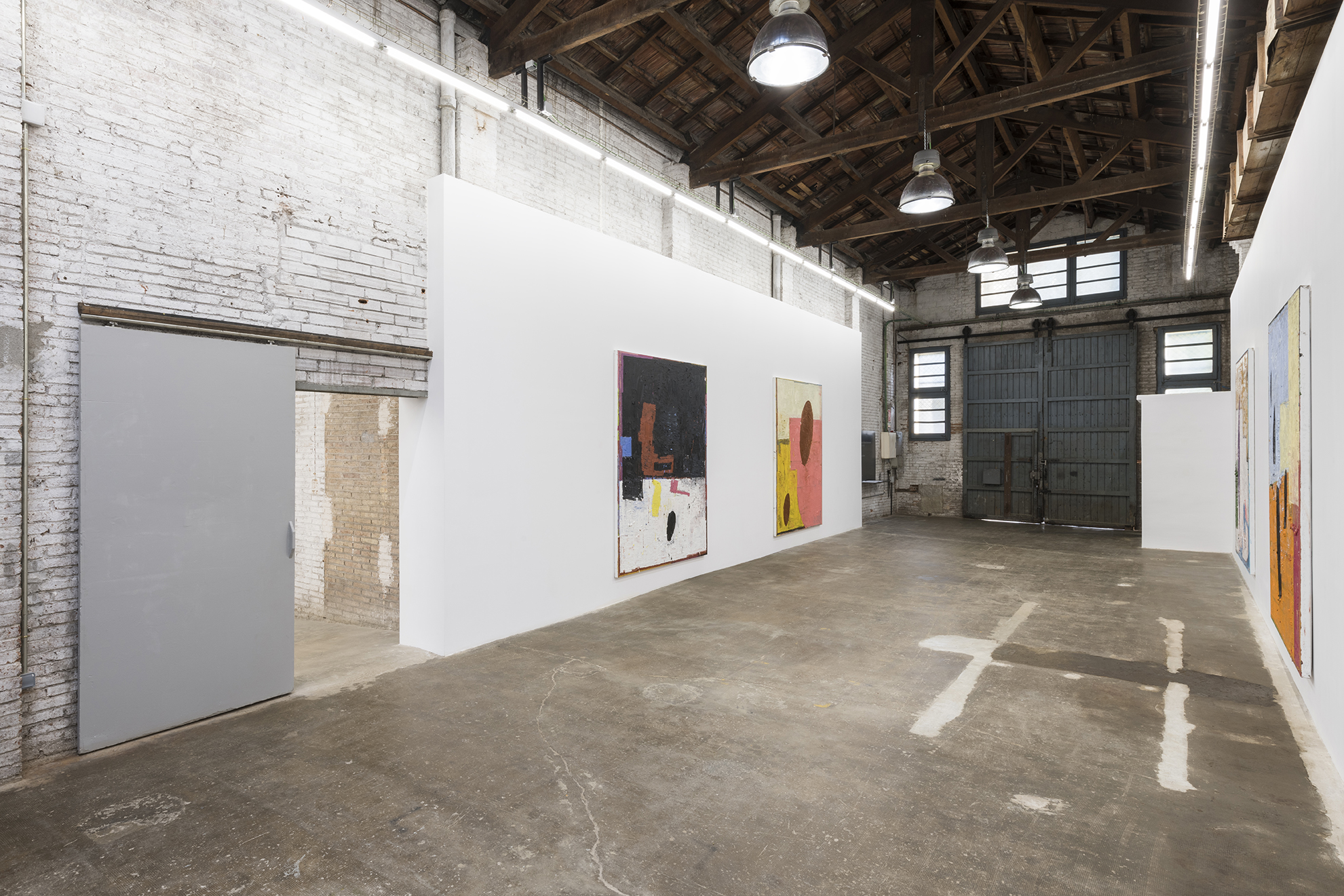 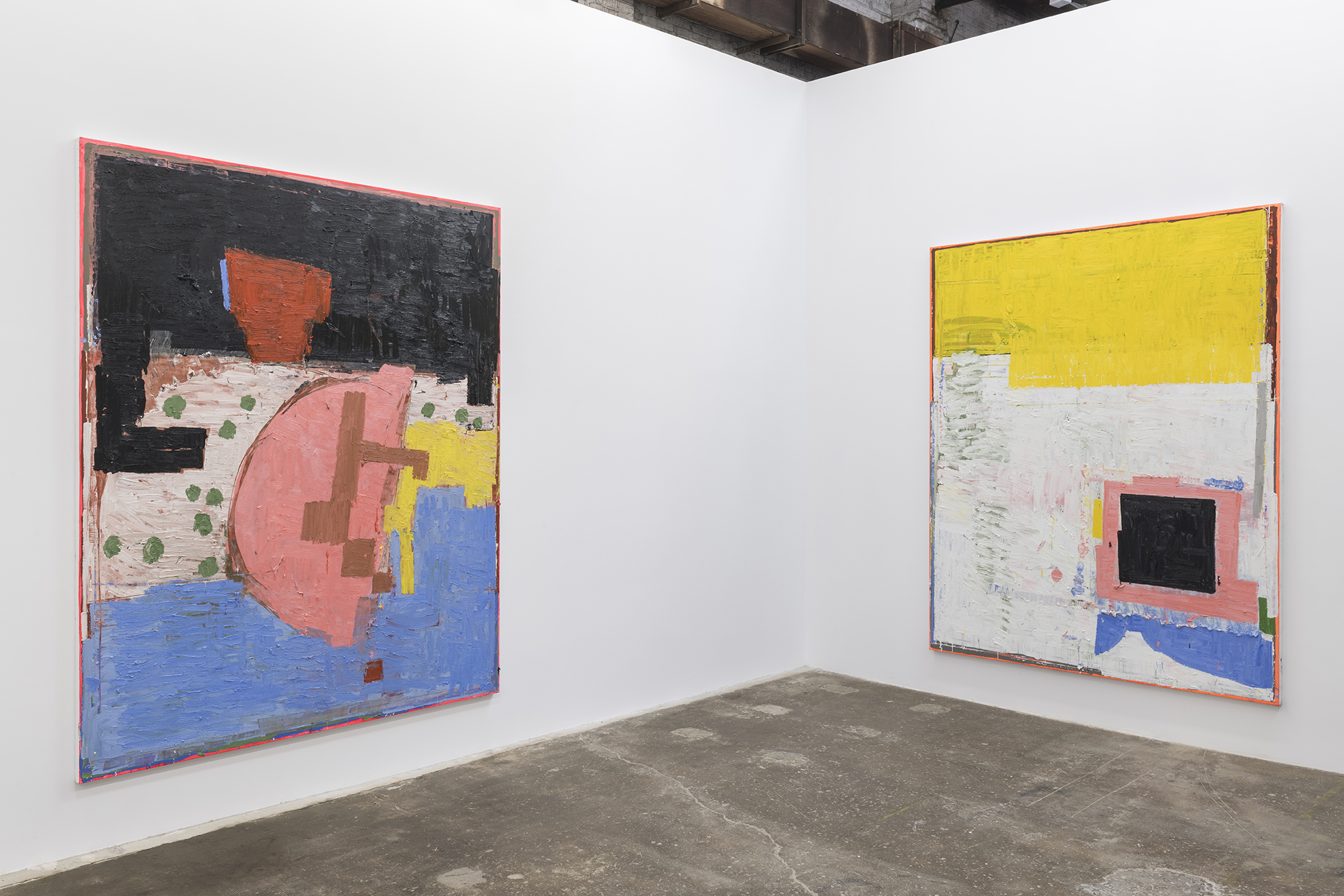 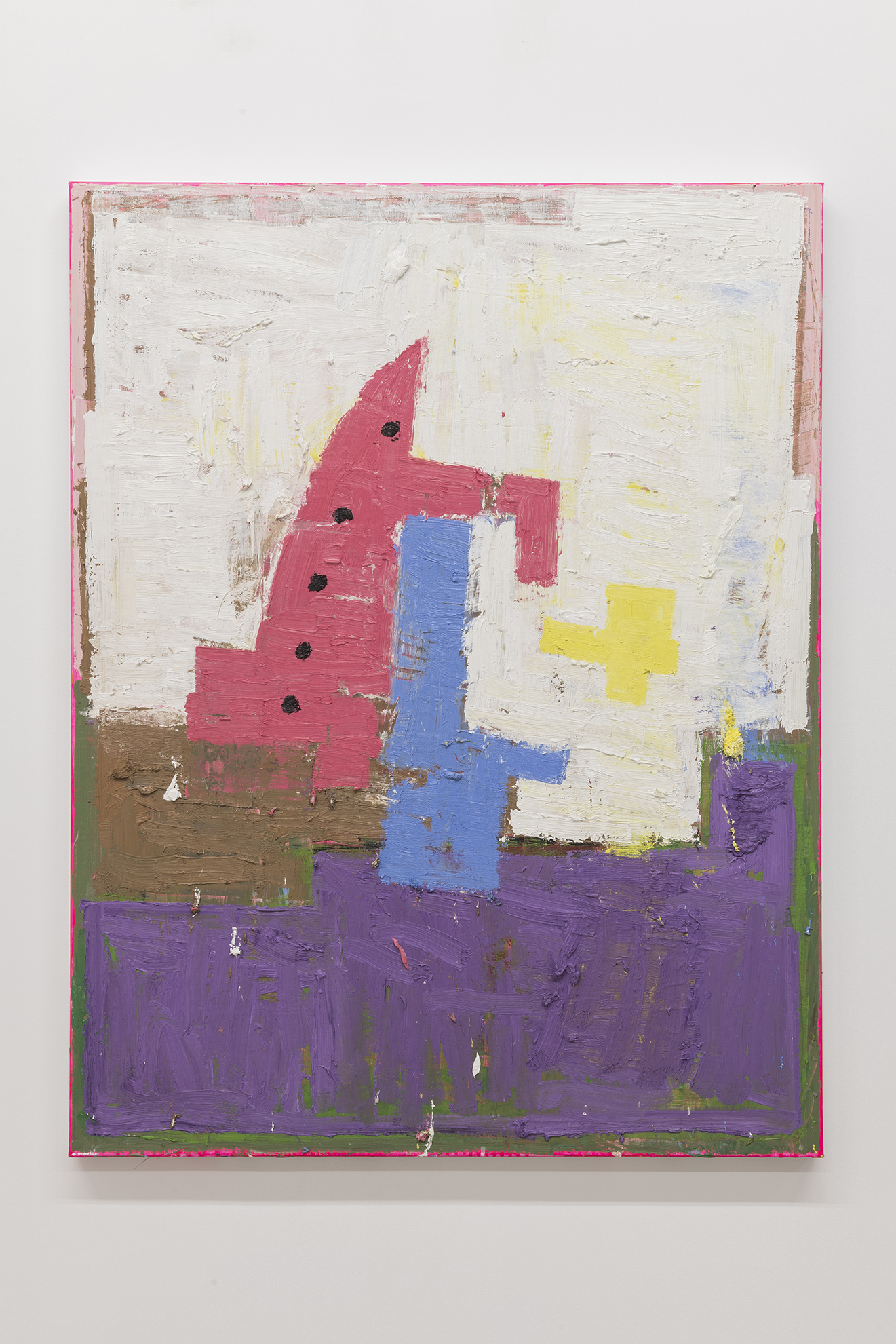 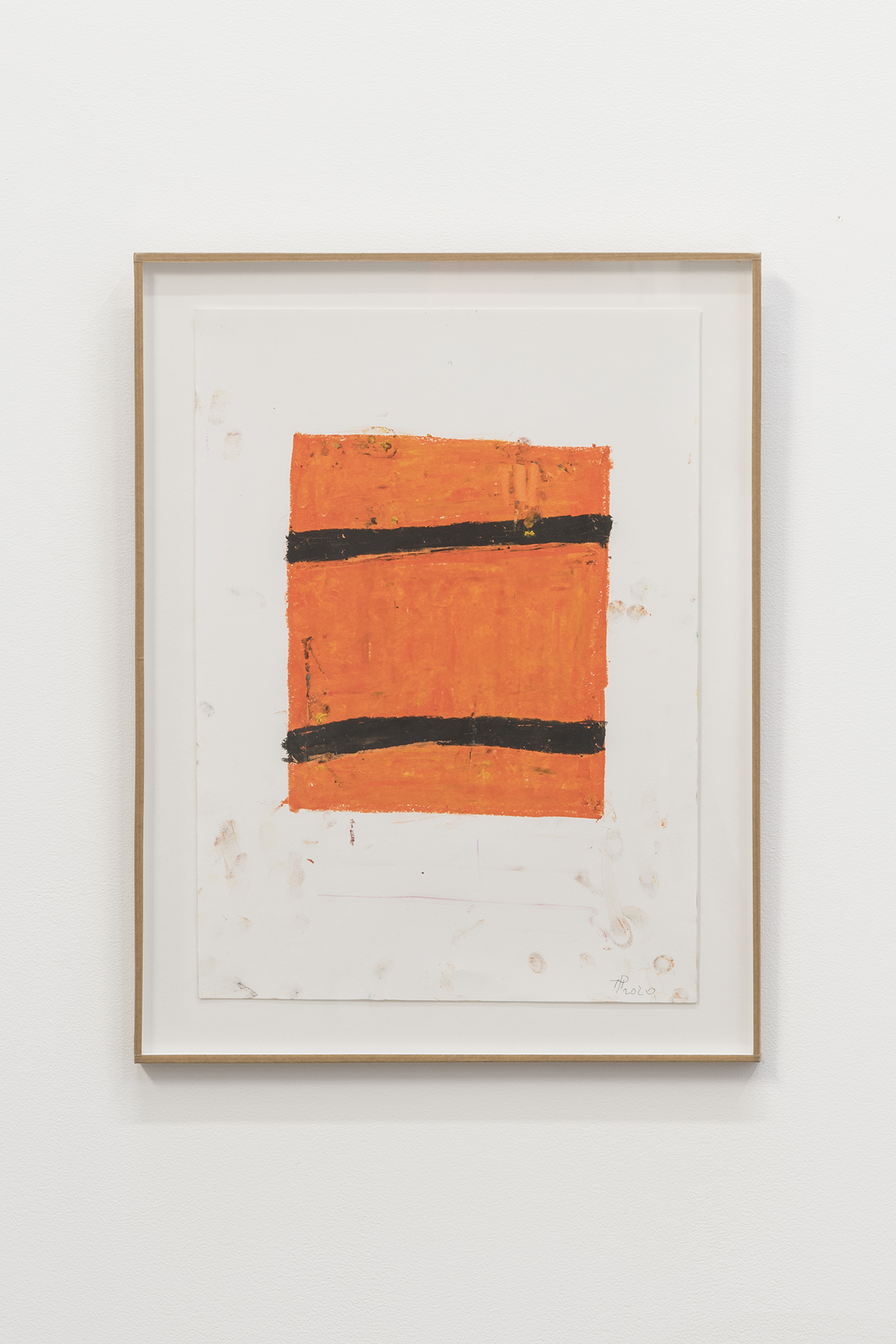 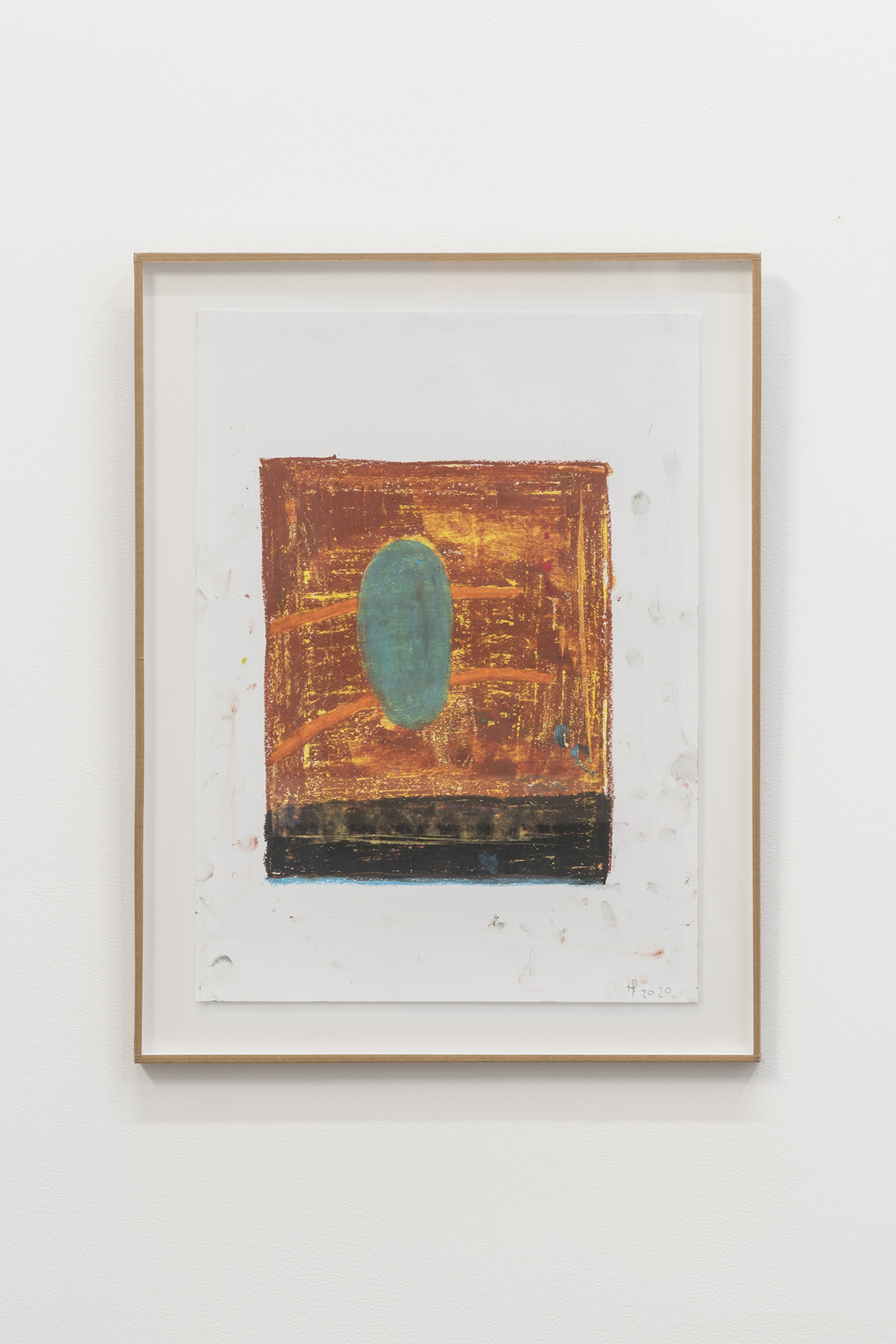 Good painting is not only about the harmonious composition of different visual elements. Similarly, an exhibition is far more than just a series of canvases on a gallery’s walls. Humberto Poblete Bustamante is well aware of this, given that his work seeks to explore the complex game of counterbalancing that is so inherent to the experience of painting in the 21st century. This task of his takes place in the ambiguous interzone, located somewhere between the visible surface of the painting and the areas hidden in the shadows of the colour fields.

In 1+1+1+1+1+1, his new exhibition at Galería Alegría, the London-based Chilean painter take a further step in his exploration of the multiple universe that exists in and around each of his paintings, and he inverts his own practice, showing that one plus one does not make two. As such, he paints with an exuberant, rich and explosive colour palette, one which, in previous works, was hidden under monochrome tones, but which now seems to want to burst out from the canvas, in all the force of its intense brightness, almost aggressive in its beautiful warmth.

But let us not get carried away: it is also an exhibition in which form and composition are key supporting features. Poblete takes what were previously abstract graphic elements and turns them into barriers, supports and counterbalances that hold the gaze and prevent the work from veering towards merely brutal or sterile expression. This painterly physics brings about a fascinating dynamism: we seem to be witnessing a kind of painting that lives beyond the painter’s own hand. These are active paintings, and they keep working even after leaving the studio, thus transforming the exhibition room and the spectator’s retina and mind into the echo chambers of their own particular becoming.

This is a bold exhibition, in which the artist shows his mastery, temperance and maturity when sparking a dialogue with tradition. It is also an open exhibition, insomuch that the work resists being a static object, and it defends its own character of being painting in action. As a result, this exhibition reveals to us the maturity of an artist who is finding new ways to explore his language, and he translates them into paintings which are beautiful, intense and alive. They are enormous, not only in format, but above all in terms of the inner space that they open up, beyond what is represented.

Therefore, Humberto Poblete Bustamante’s work cannot easily be summed up with a label, or a set of references. Good painting is more than the sum of its parts, those elements from the past and present, placed in harmonious order - it is also a force that can be projected onto an uncertain future, to invent a new world.