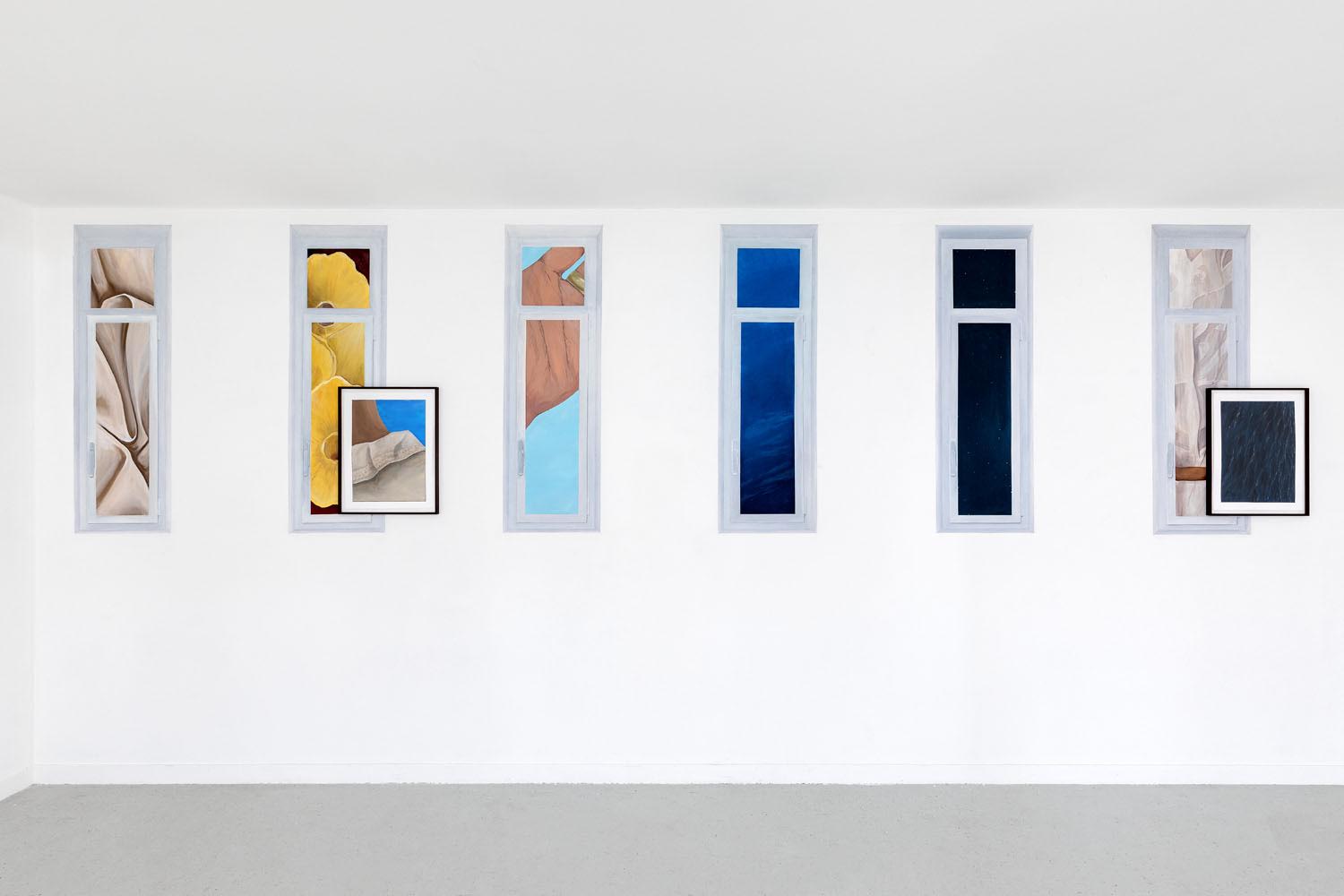 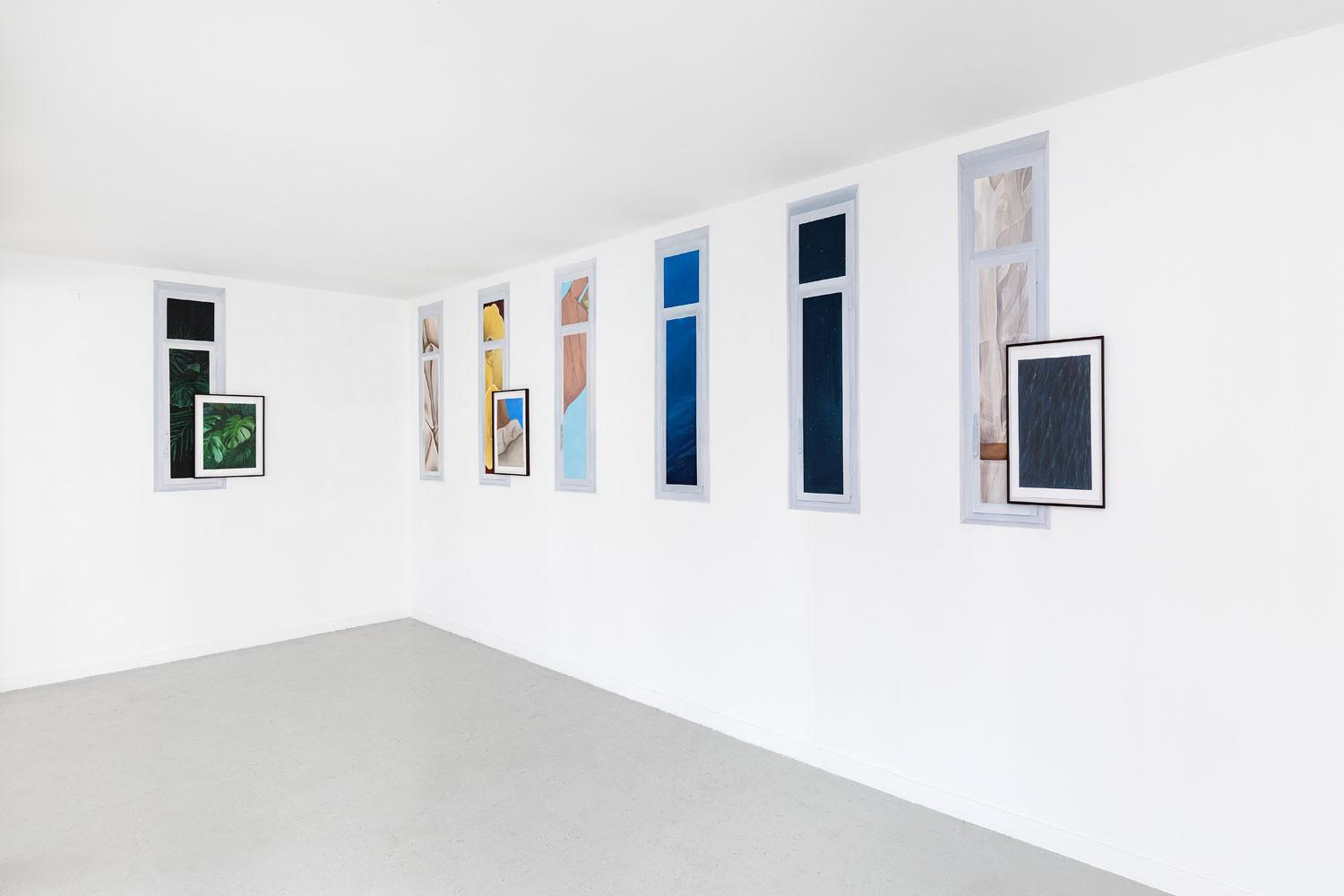 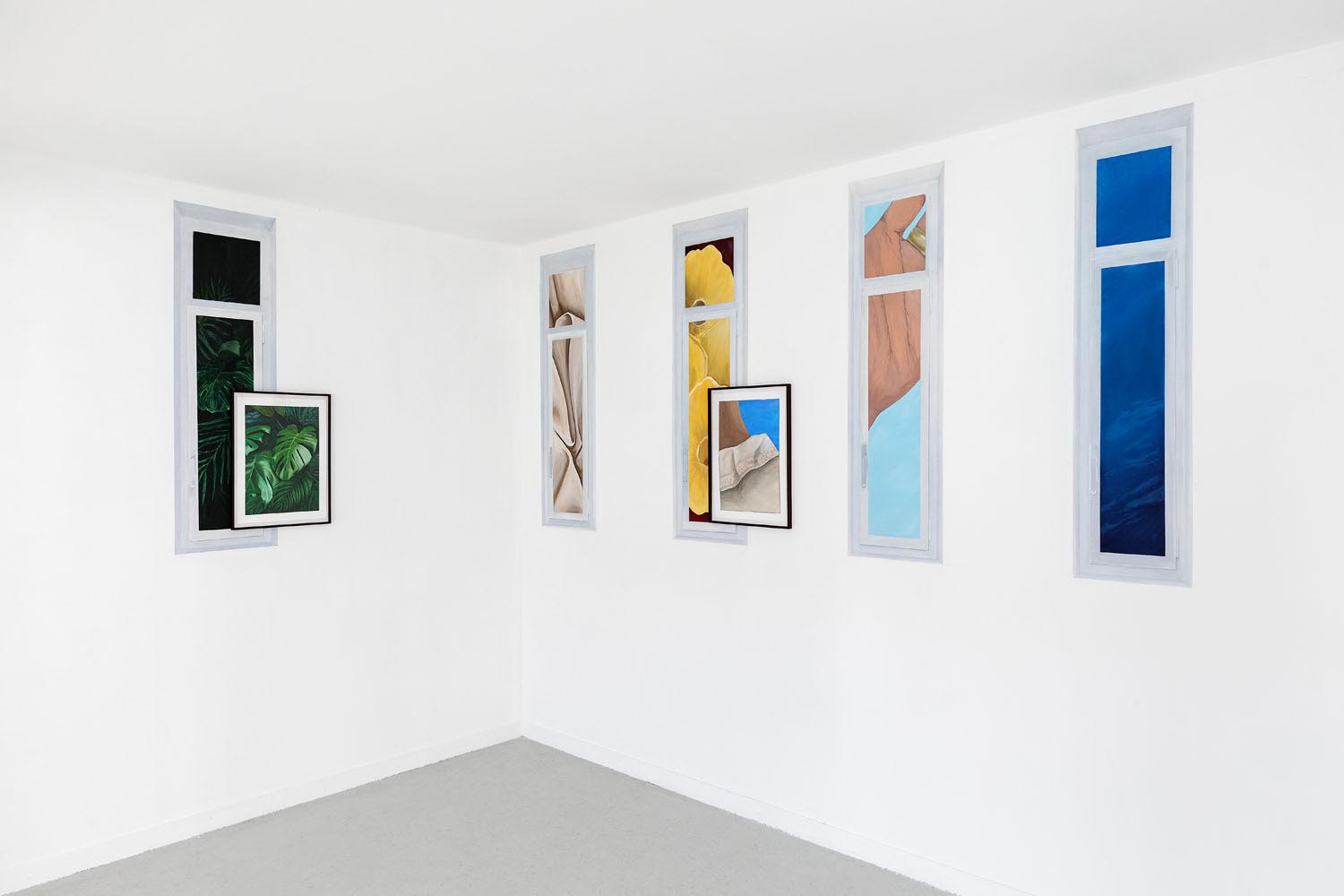 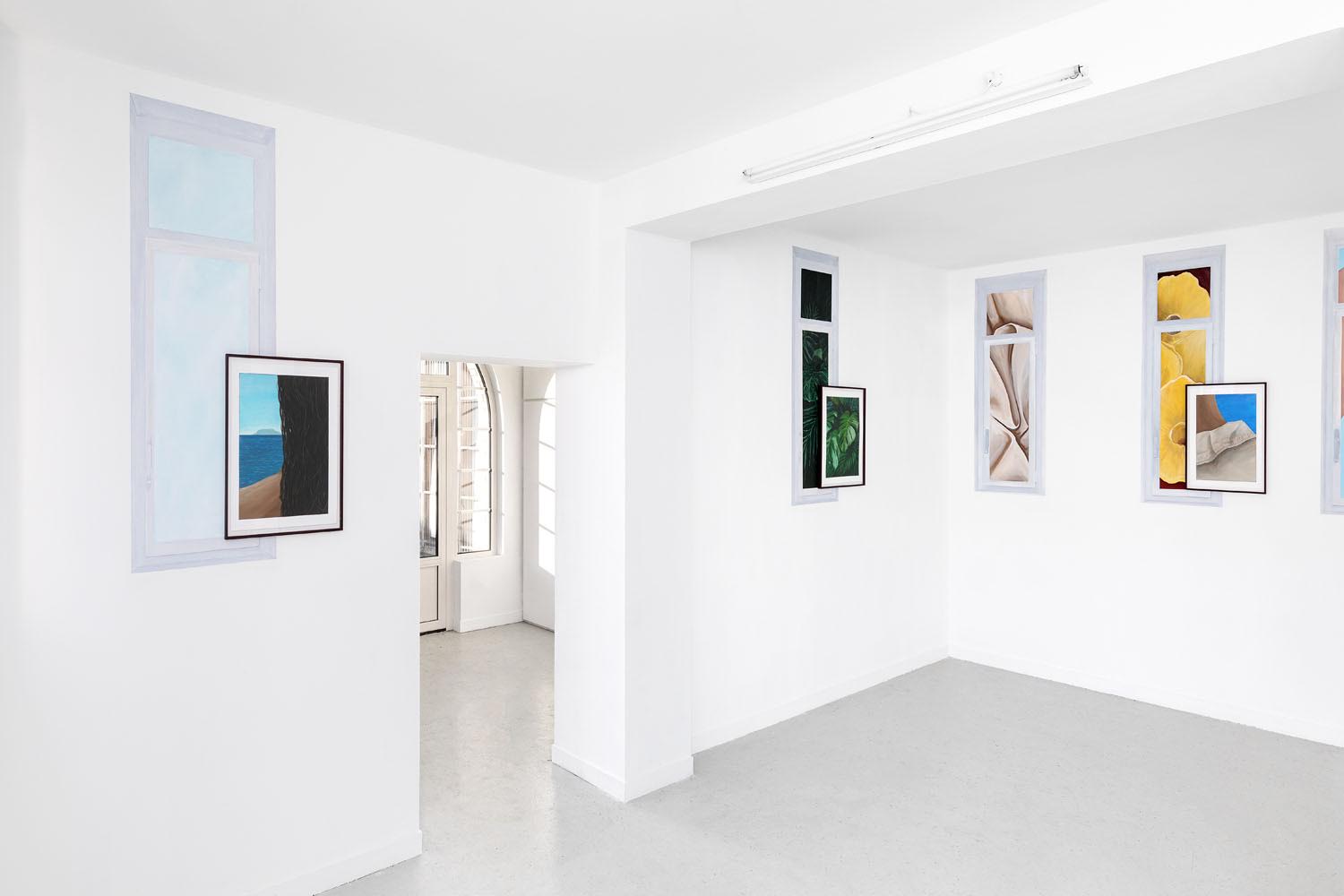 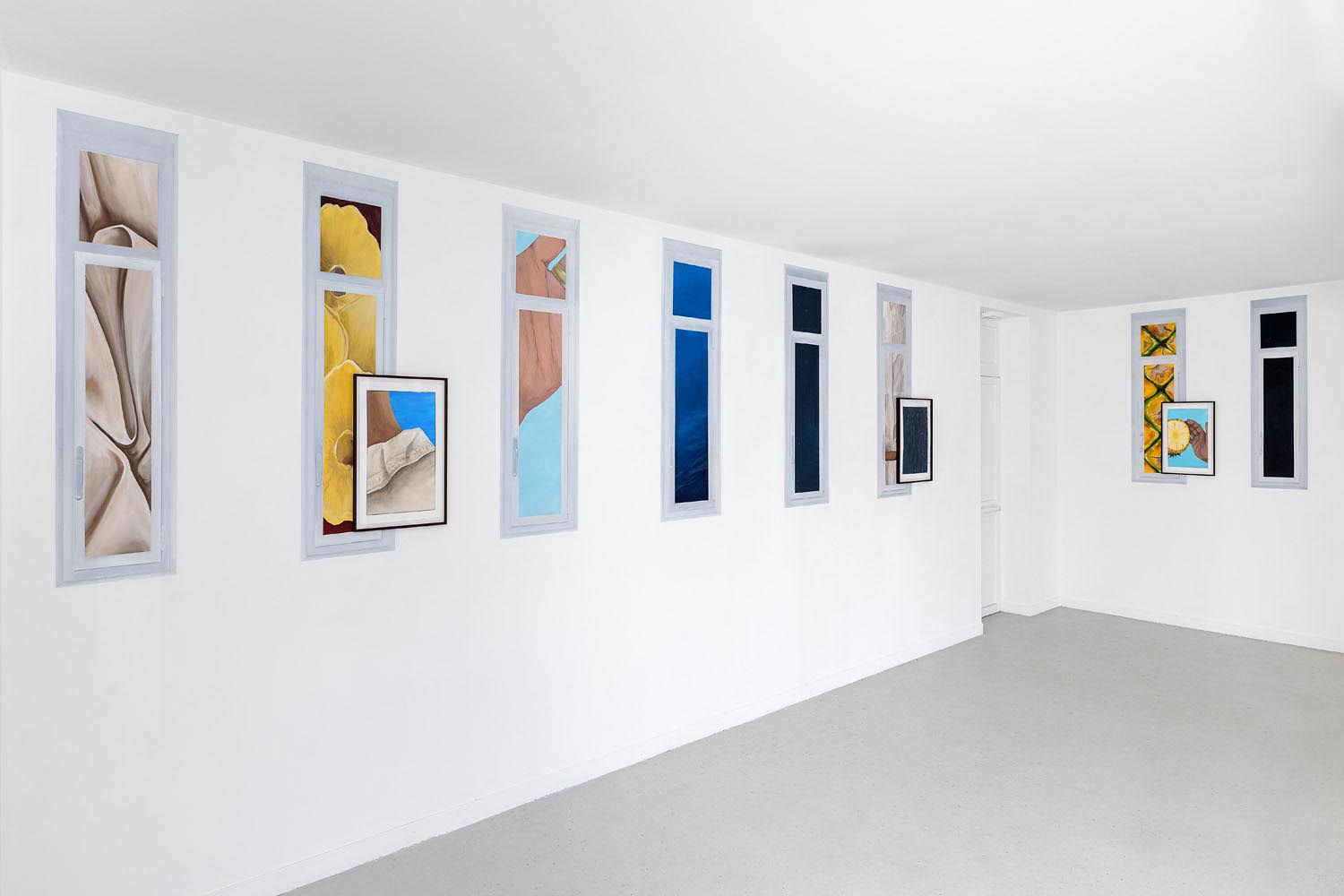 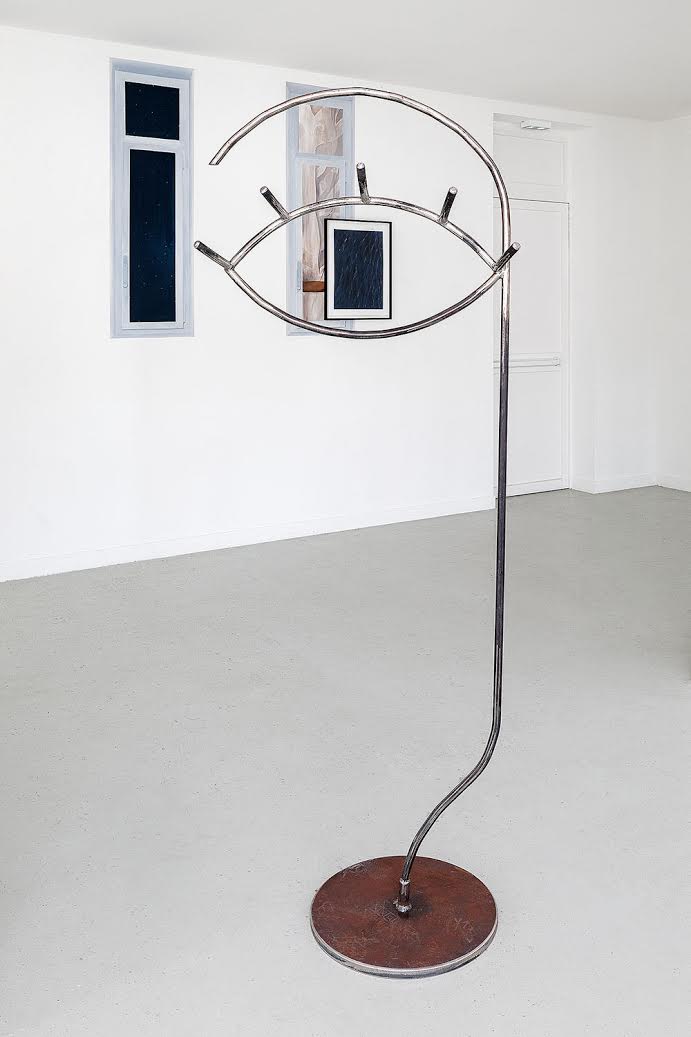 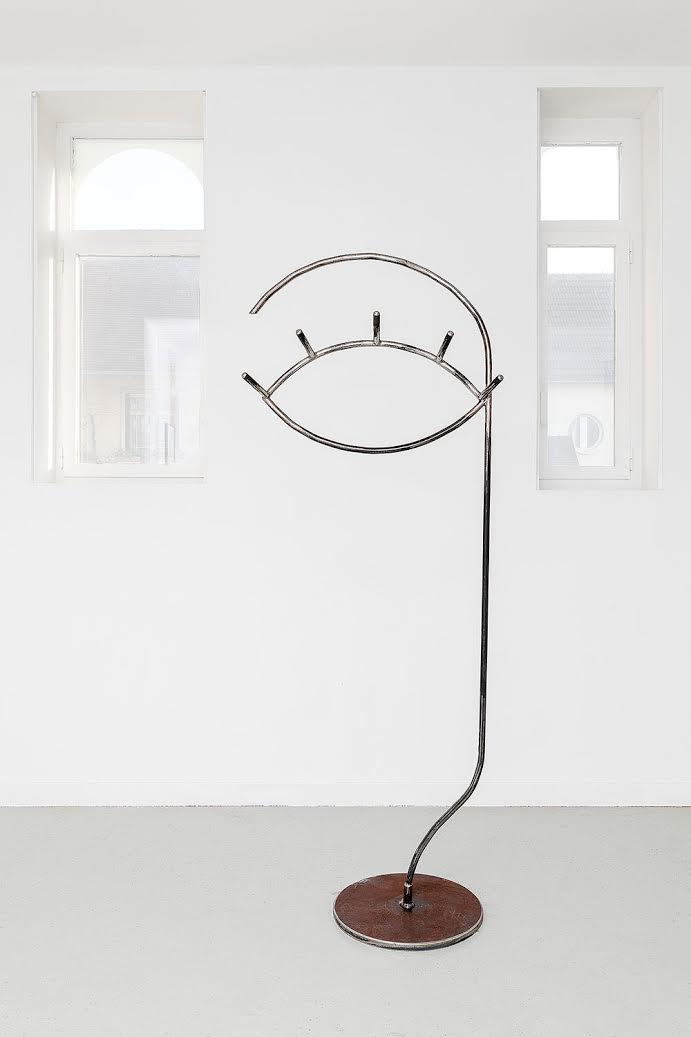 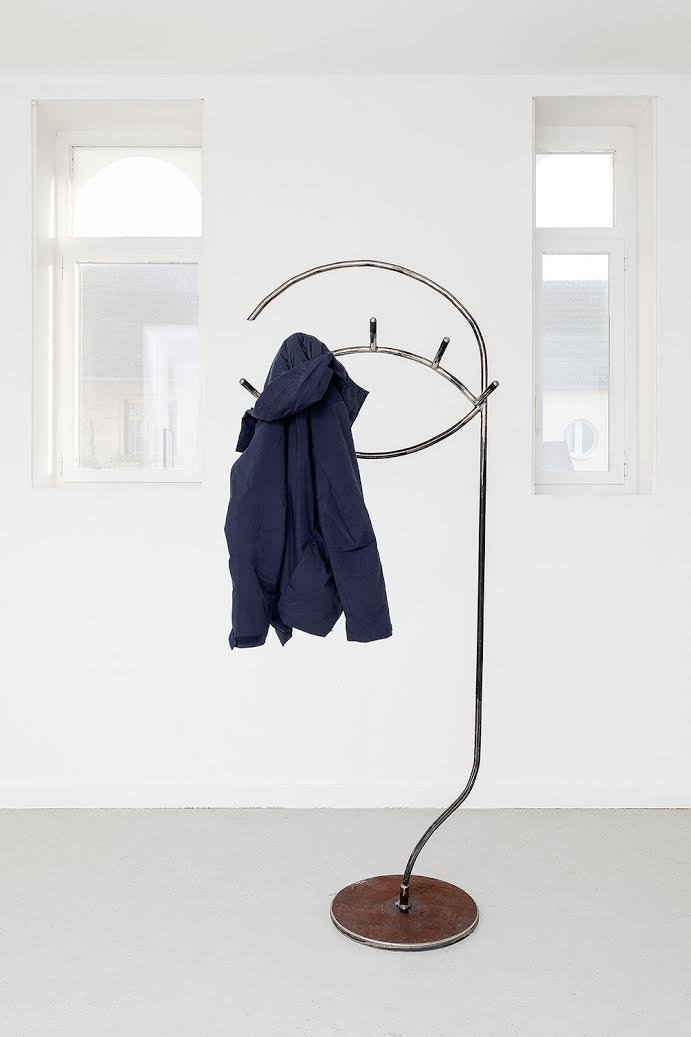 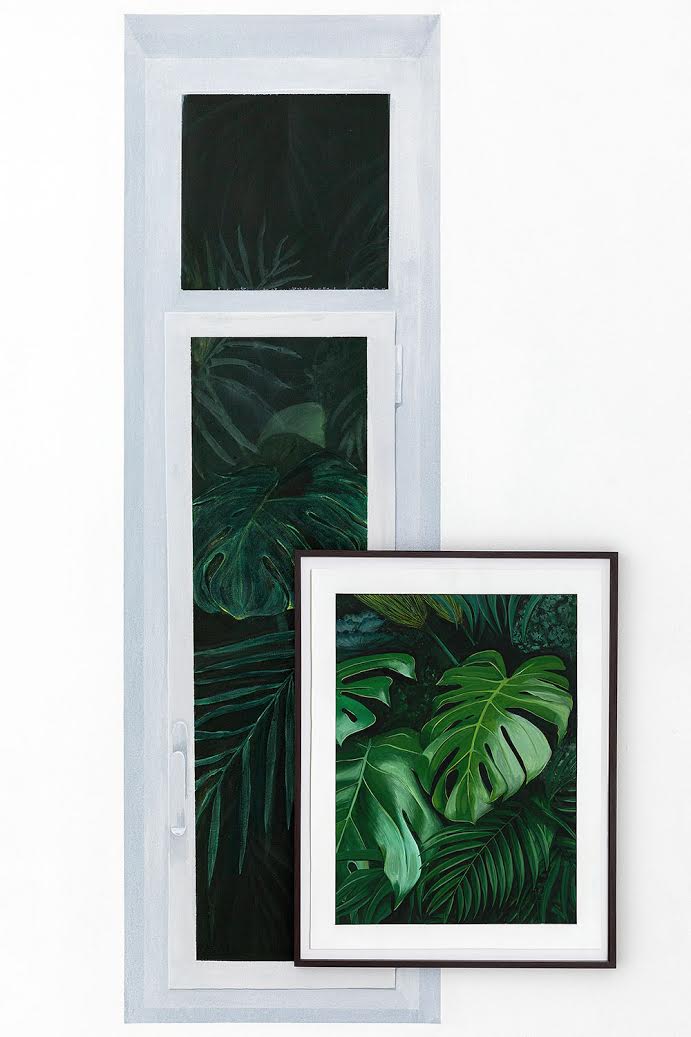 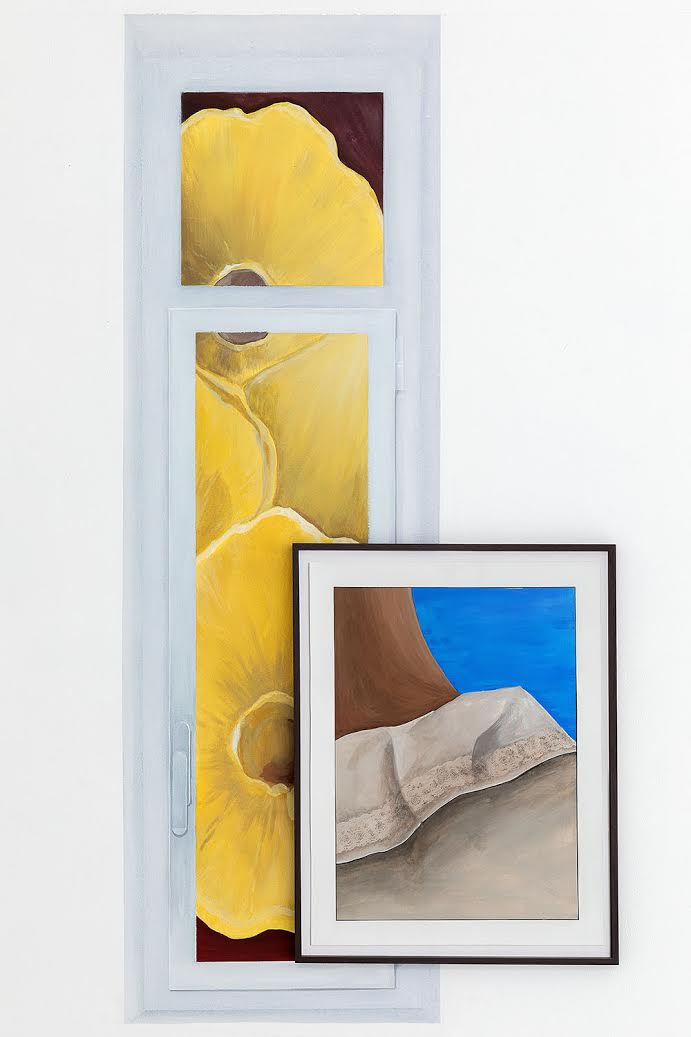 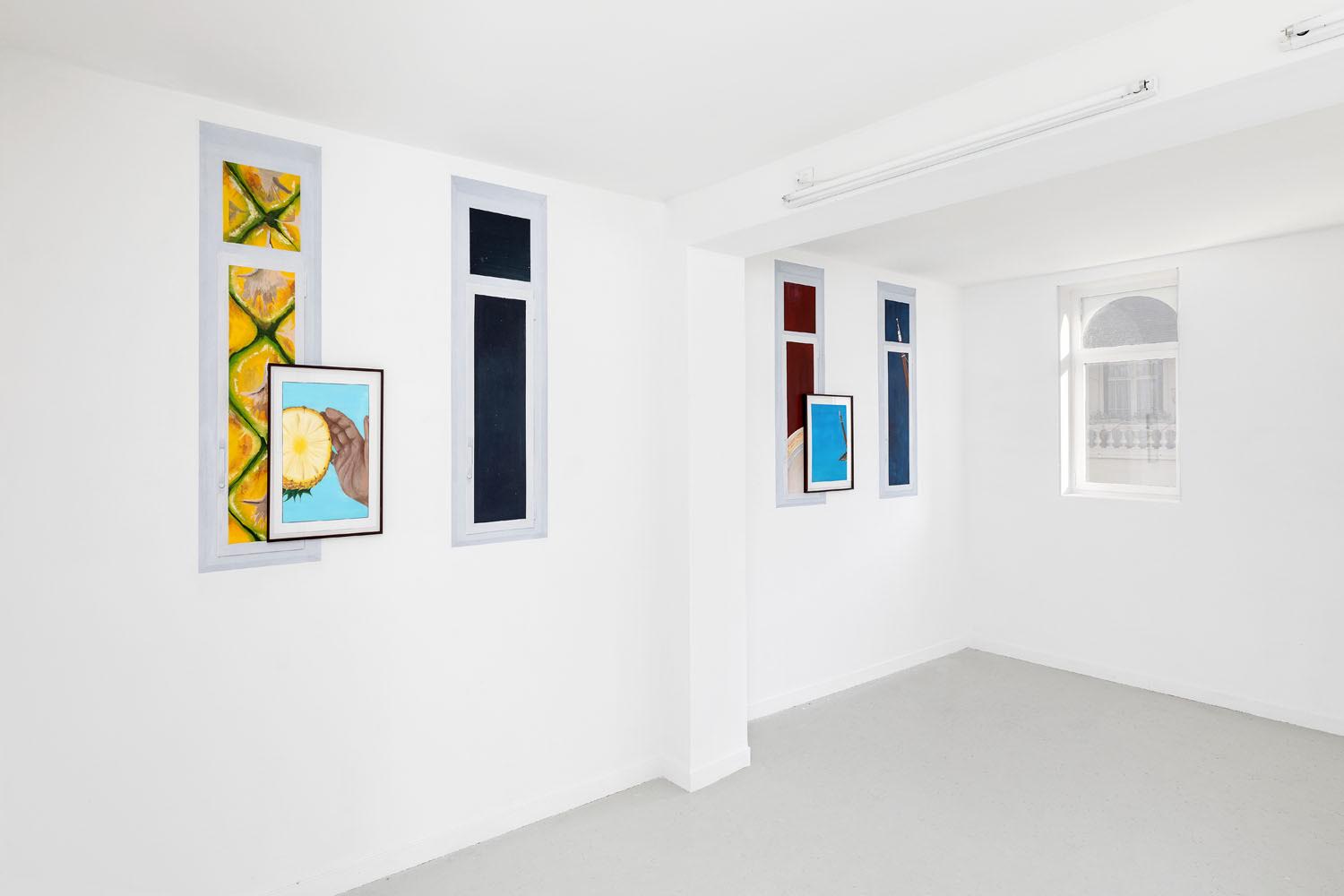 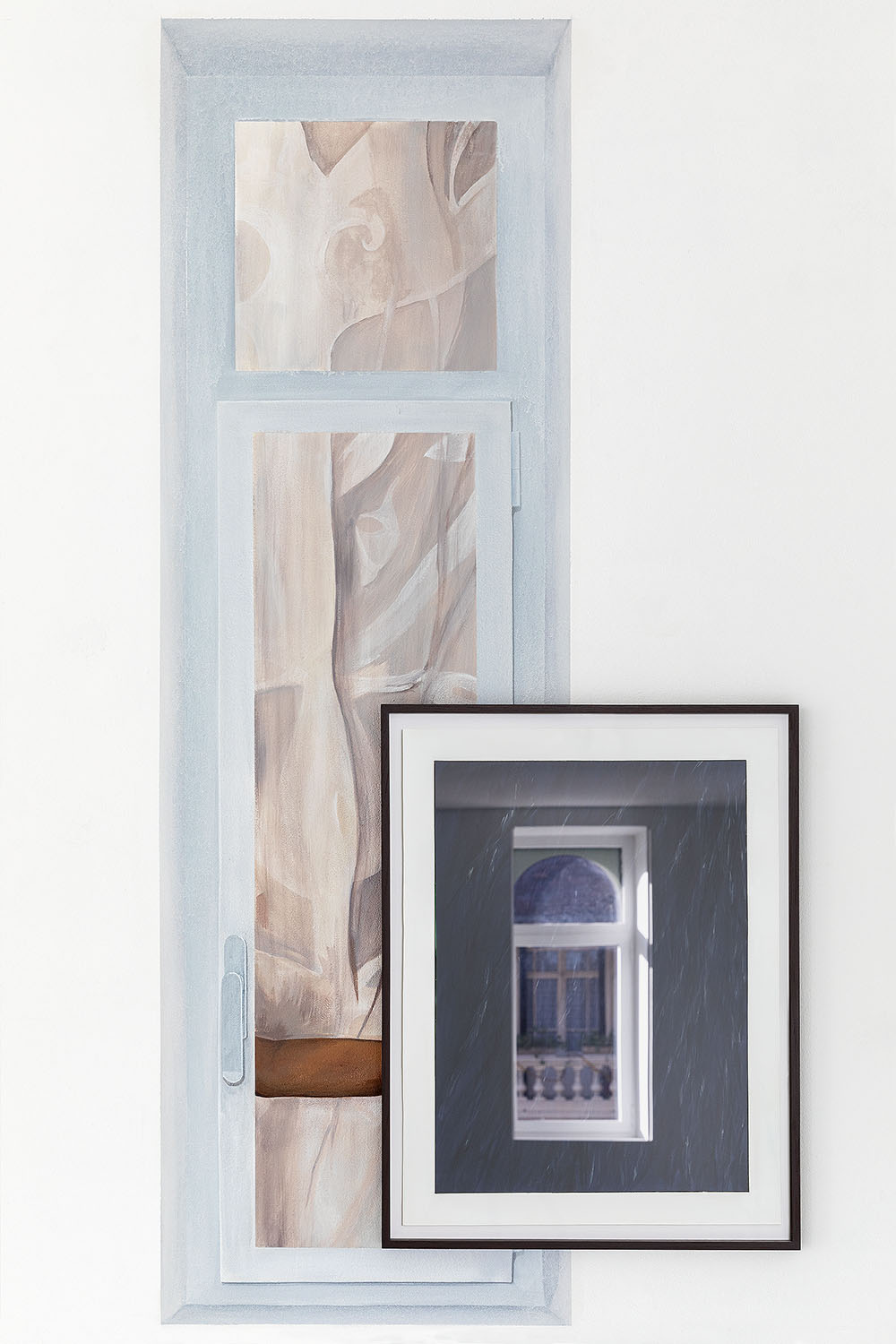 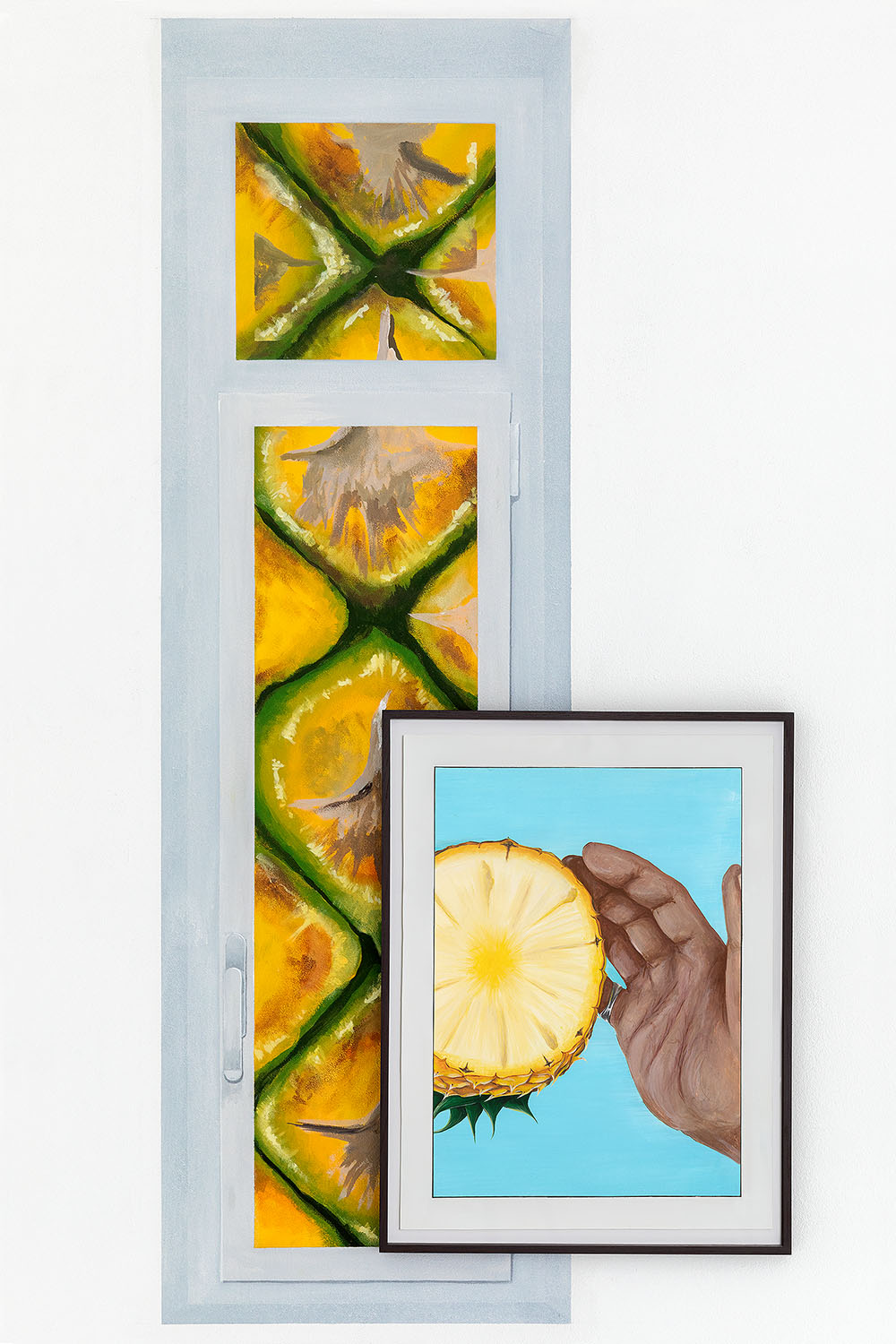 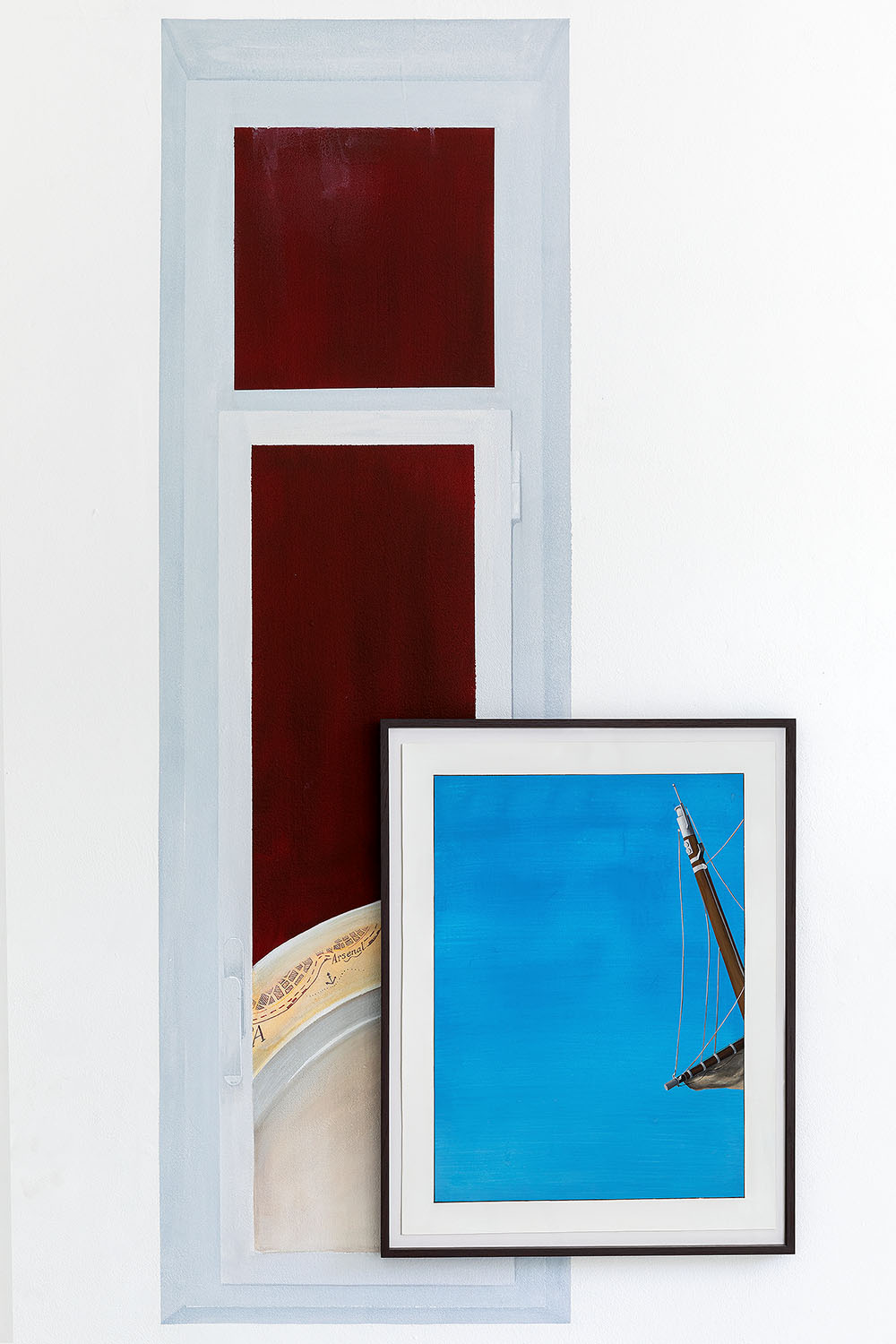 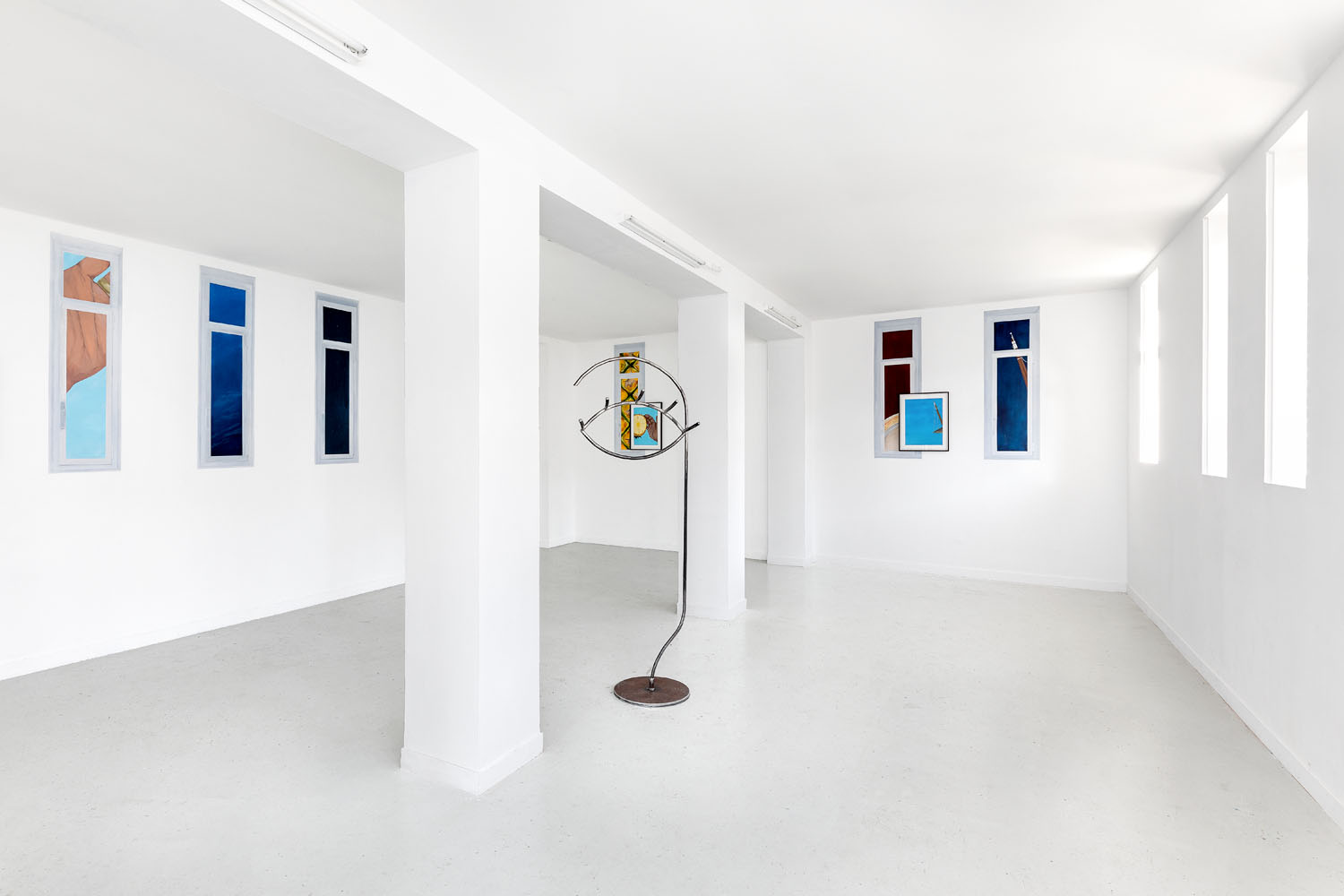 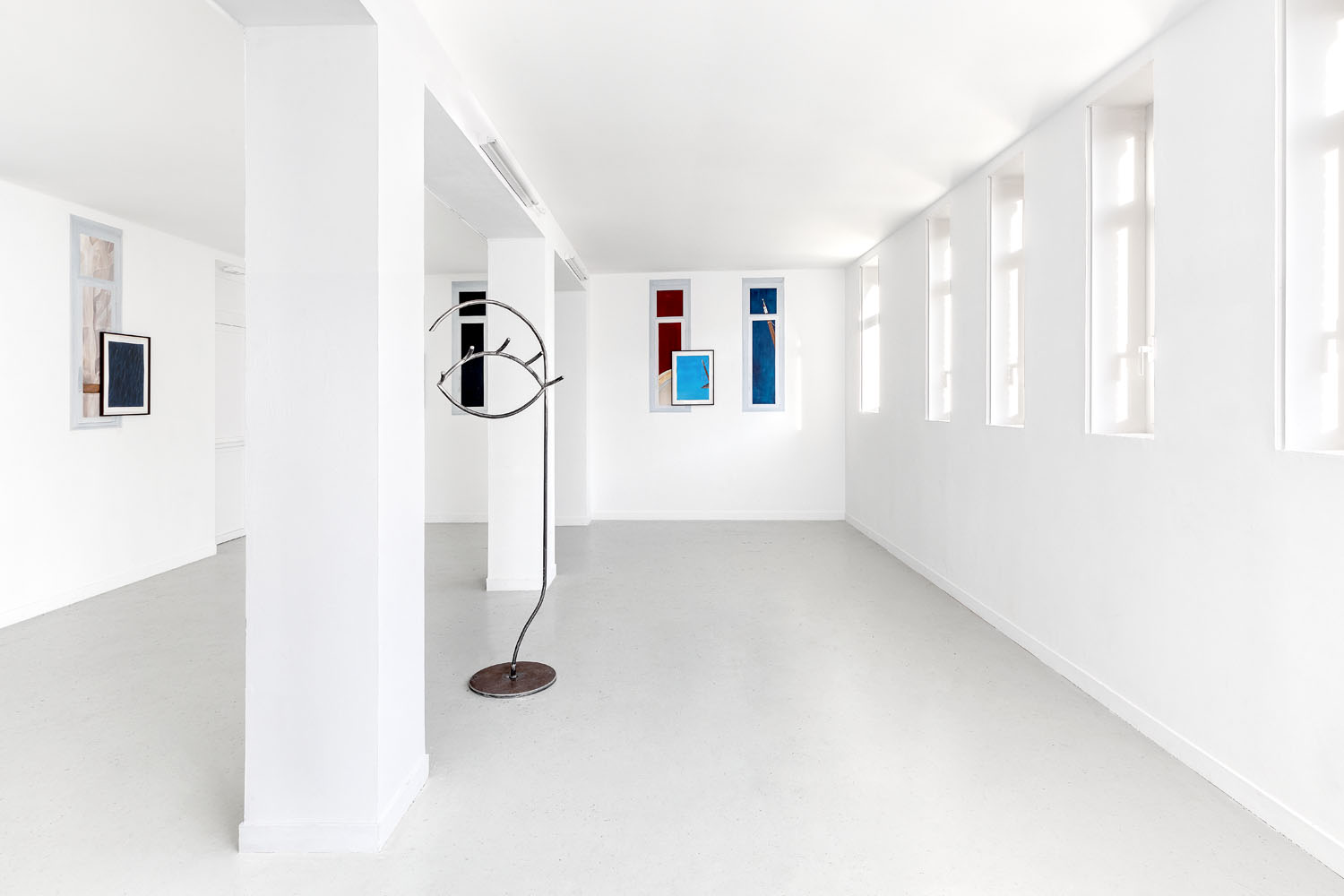 Overseas springs from Chloé Quenum’s research into the pineapple and this originally South American fruit’s movements between continents and over the centuries. Taking as her starting point the pineapple, which has become a fixture in the stalls of Western markets since the 1980s, the artist invites us on a journey to the heart of the thing that creates exoticism and our connections with an “elsewhere.”
We enter Overseas as we would a capsule, that is, the gallery windows have become trompe-l’oeil paintings of a sort, thematic windows that open onto history and some of the major depictions of the pineapple. This reflexive sensitive journey is bound up with the exoticizing iconography of the fruit, playing with its repetitive motifs over and over in order to question, sound and exhaust them. The back of an anonymous neck in close up balances a seascape of waves. In another window, the details of a pineapple peel spark a dialogue with the intimacy of a wavy head of hair seen in front of the ocean. The point of a ship’s mast suddenly appears. Is it part of a pleasure boat in an idyllic setting or Christopher Columbus’s ship transporting for the first time, in the 15th century, the pineapple to Europe, from Brazil to Portugal? A little further along, between a flower and an azure sky, a brown hand reaches out for a pineapple, seeming to show or offer it. Is it a contemporary advertisement touting the taste of the pineapple, or an allusion to the transfer of wealth and knowledge that profited Europe, which the exploitation of this fruit in a colonial context implies?
Playing with scale and timelines, this series of scenes always suggests some landscape or story beyond the frame that confuses or blurs the classic readings of such stereotypical images. Removed from their context and put in perspective, they become dissonant landscapes, disruptive signs questioning the stories and the history buried beneath the symbolism of the exotic image. These paintings give veiled expression to the complexities and violence of the transoceanic movement of the pineapple.
Overseas exposes a cartography of stereotypes that persist. This is perhaps what the coat rack-eye with the evocative name of Teardrop is telling us. It seems to scrutinize these images and their viewers, committing the latter to delve into what these representations leave on the margins. And to question through them who is speaking and for whom.
The emblematic motif of this exotic fruit gives rise to a tangle of questions and stories, i.e., the history of displacement and circulation but also conquest, illuminating in plant geography the traces of the colonial in the postcolonial.