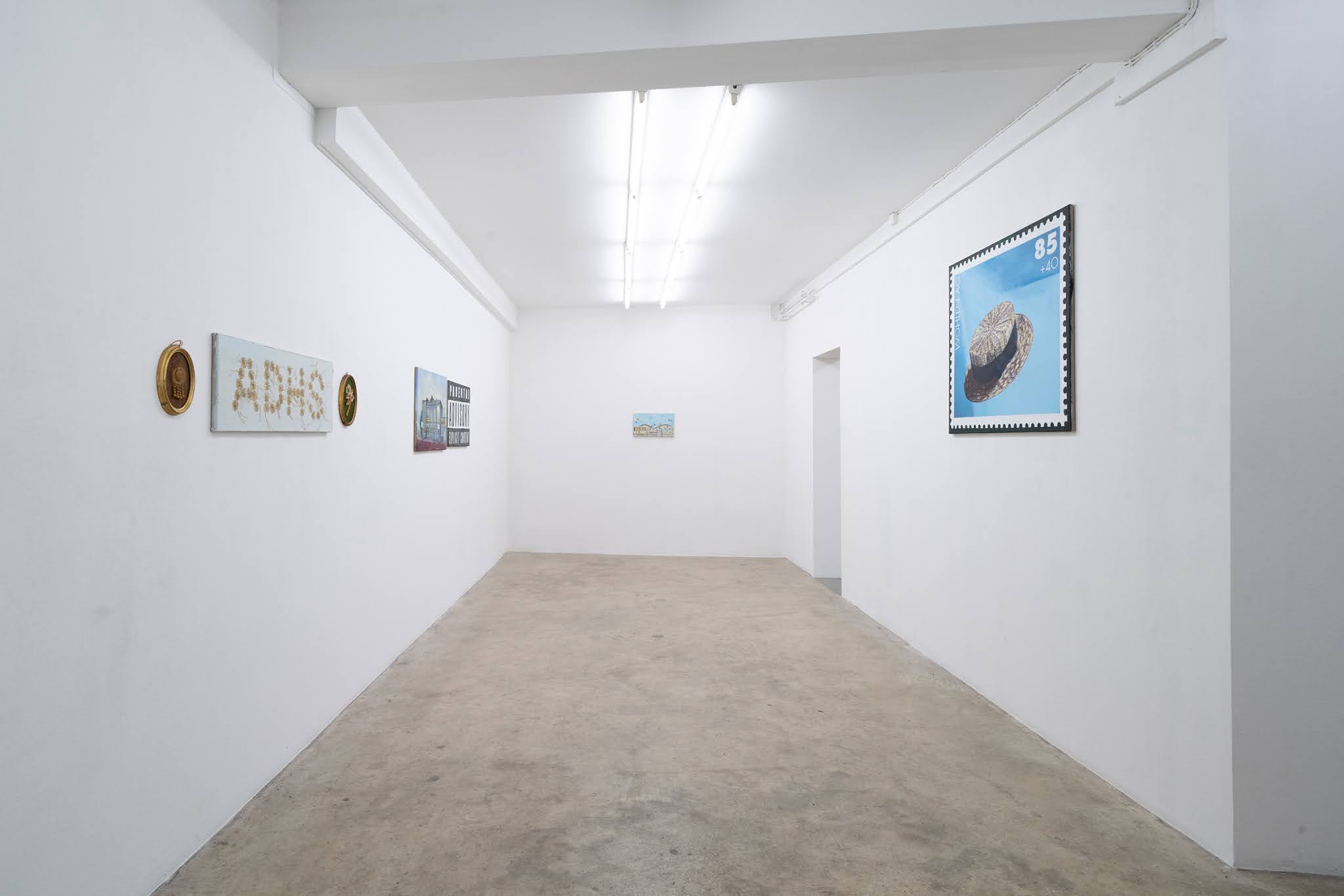 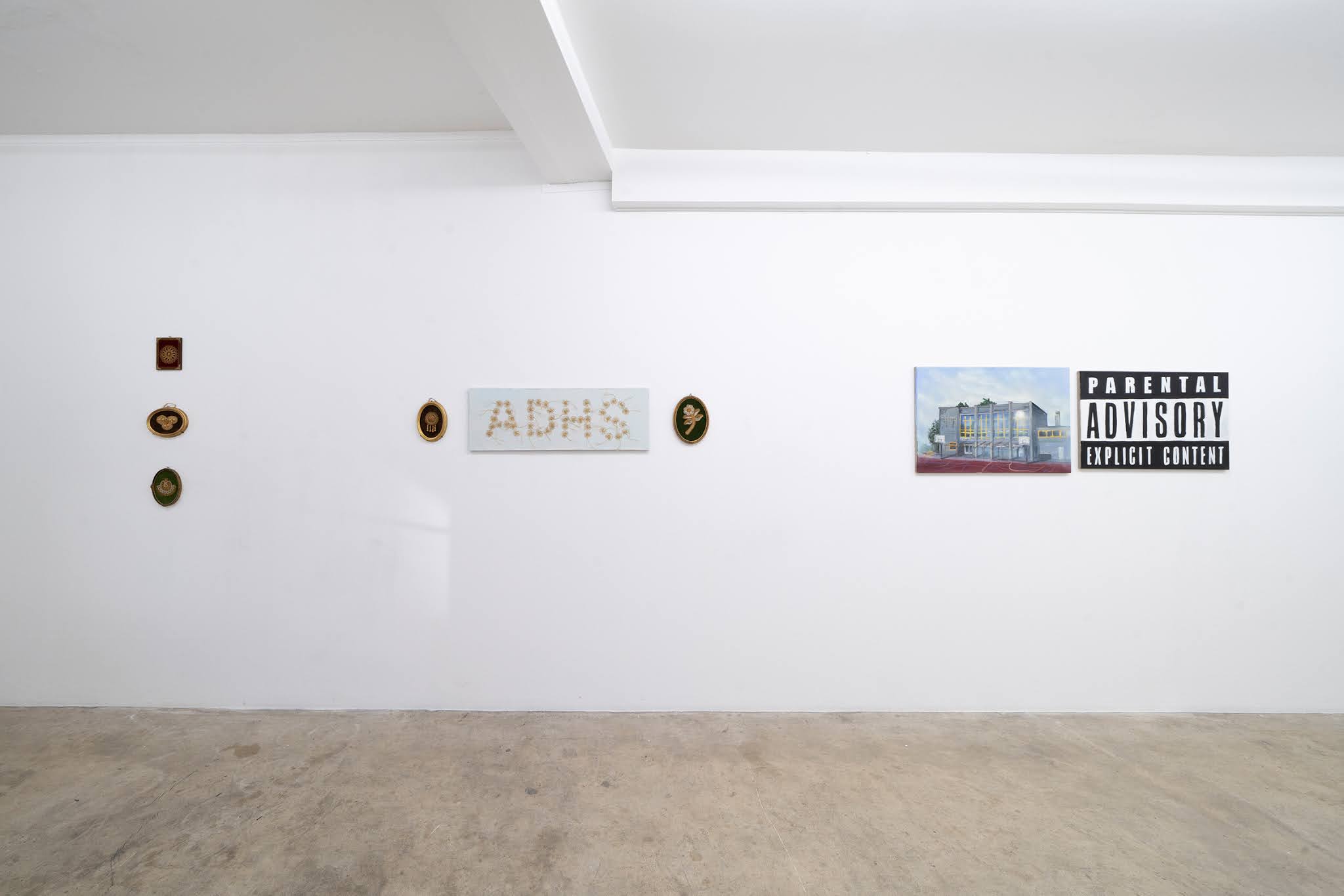 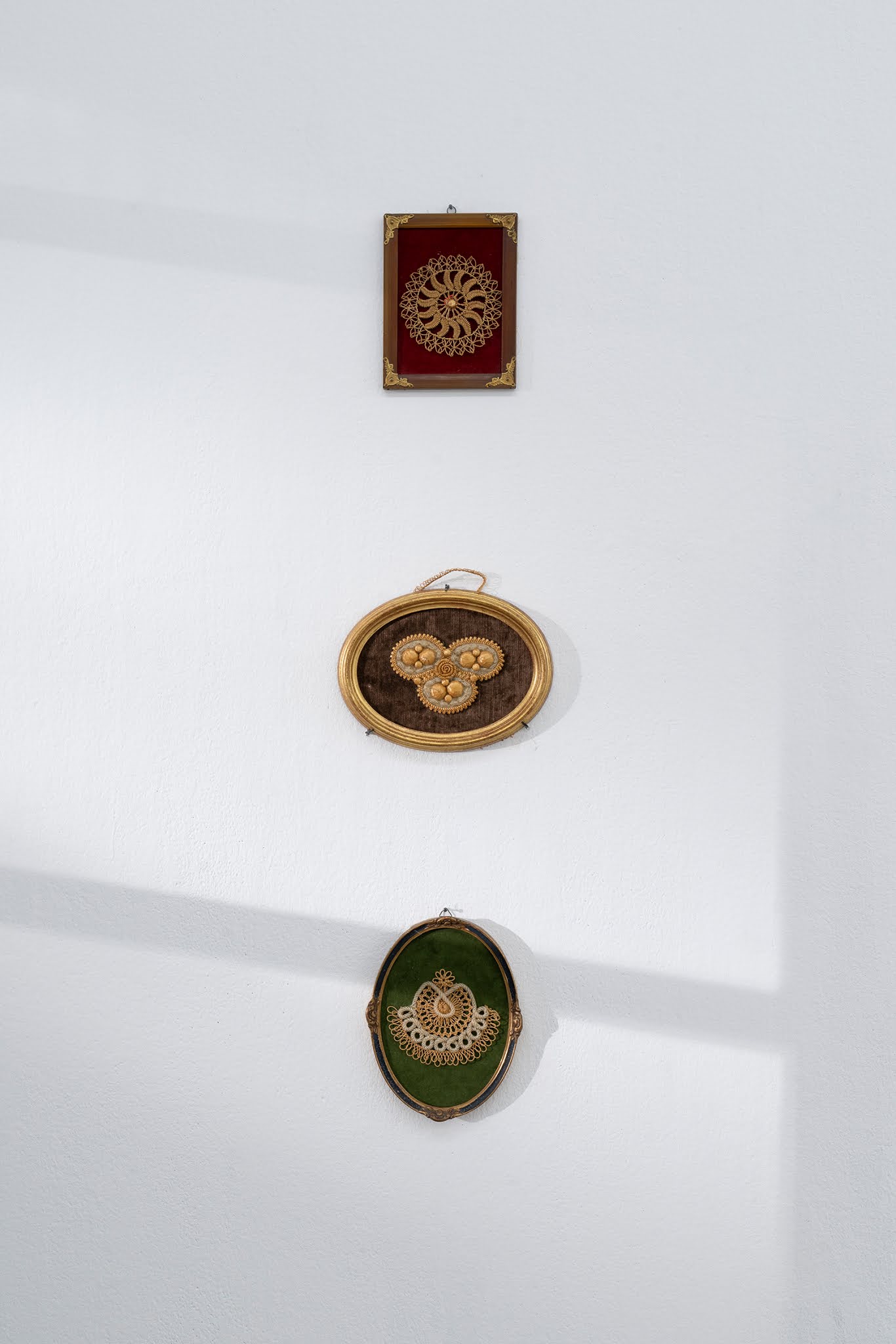 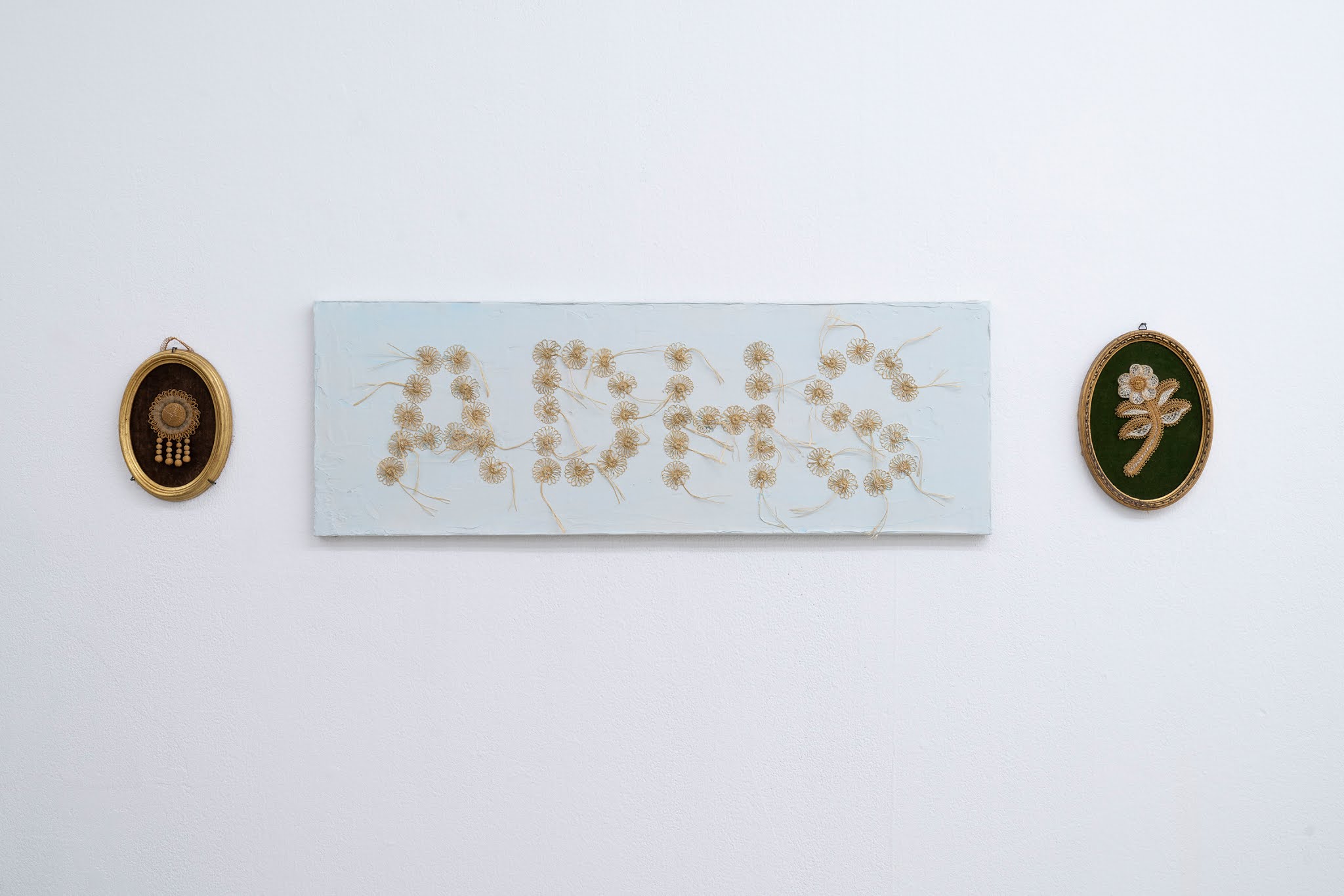 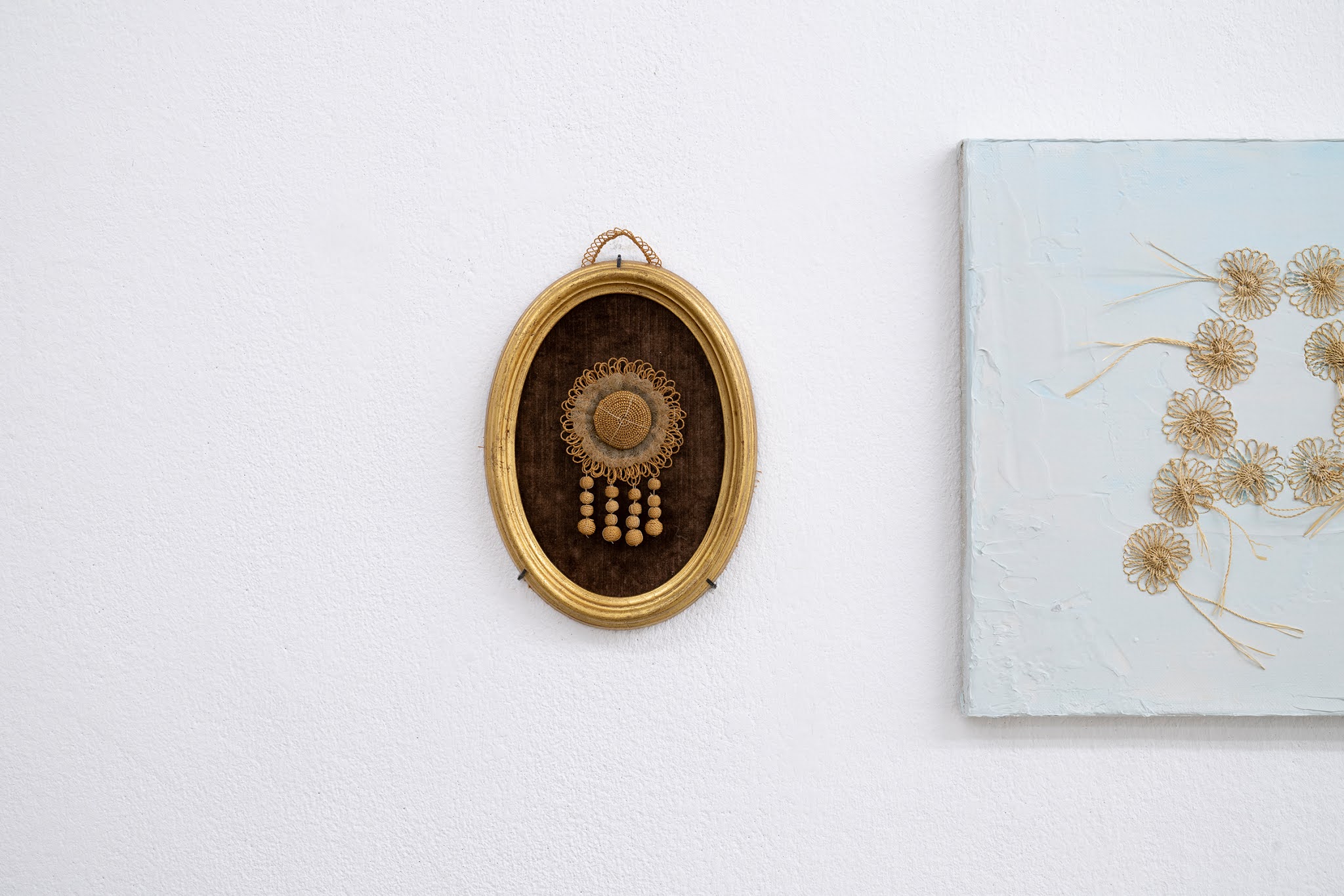 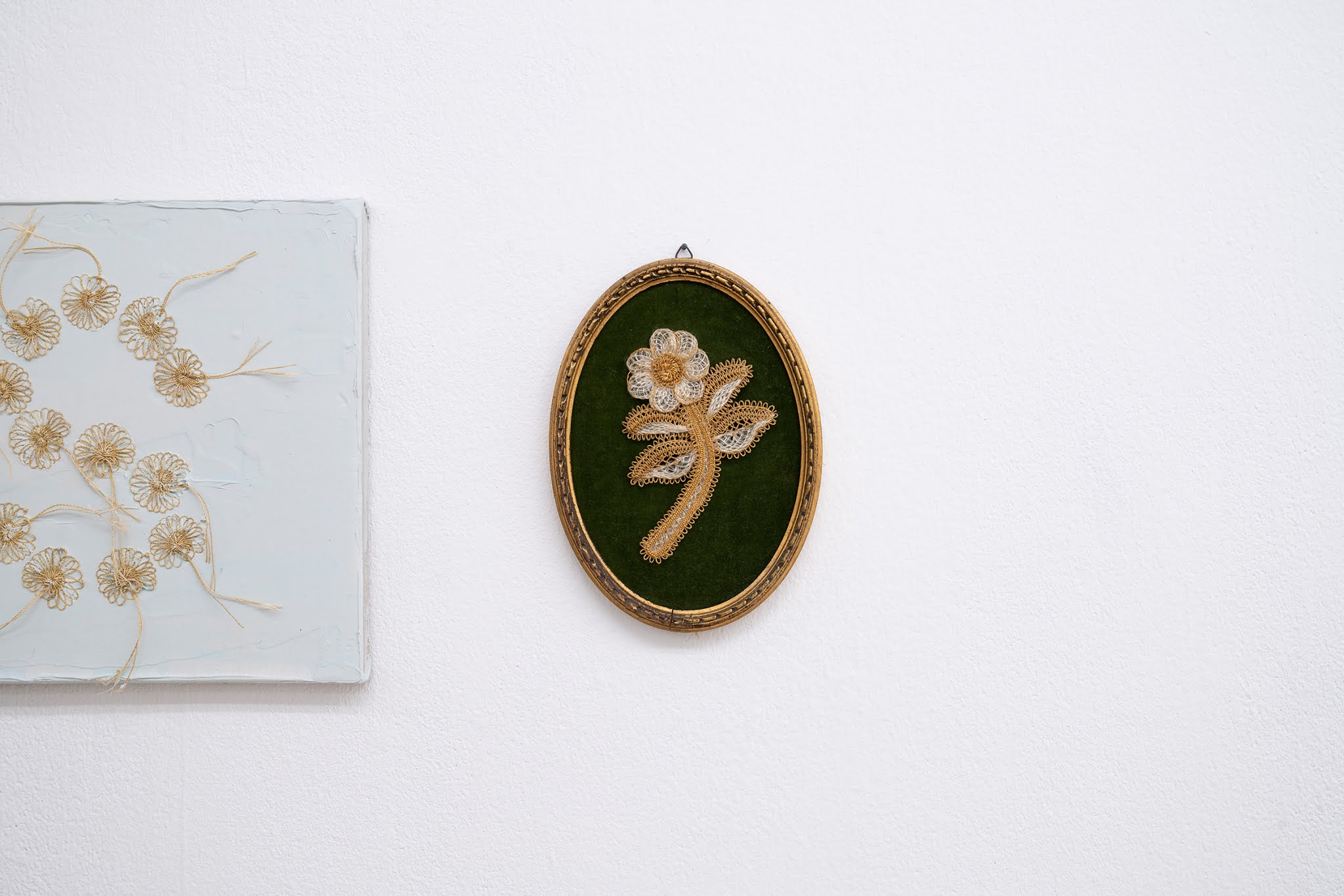 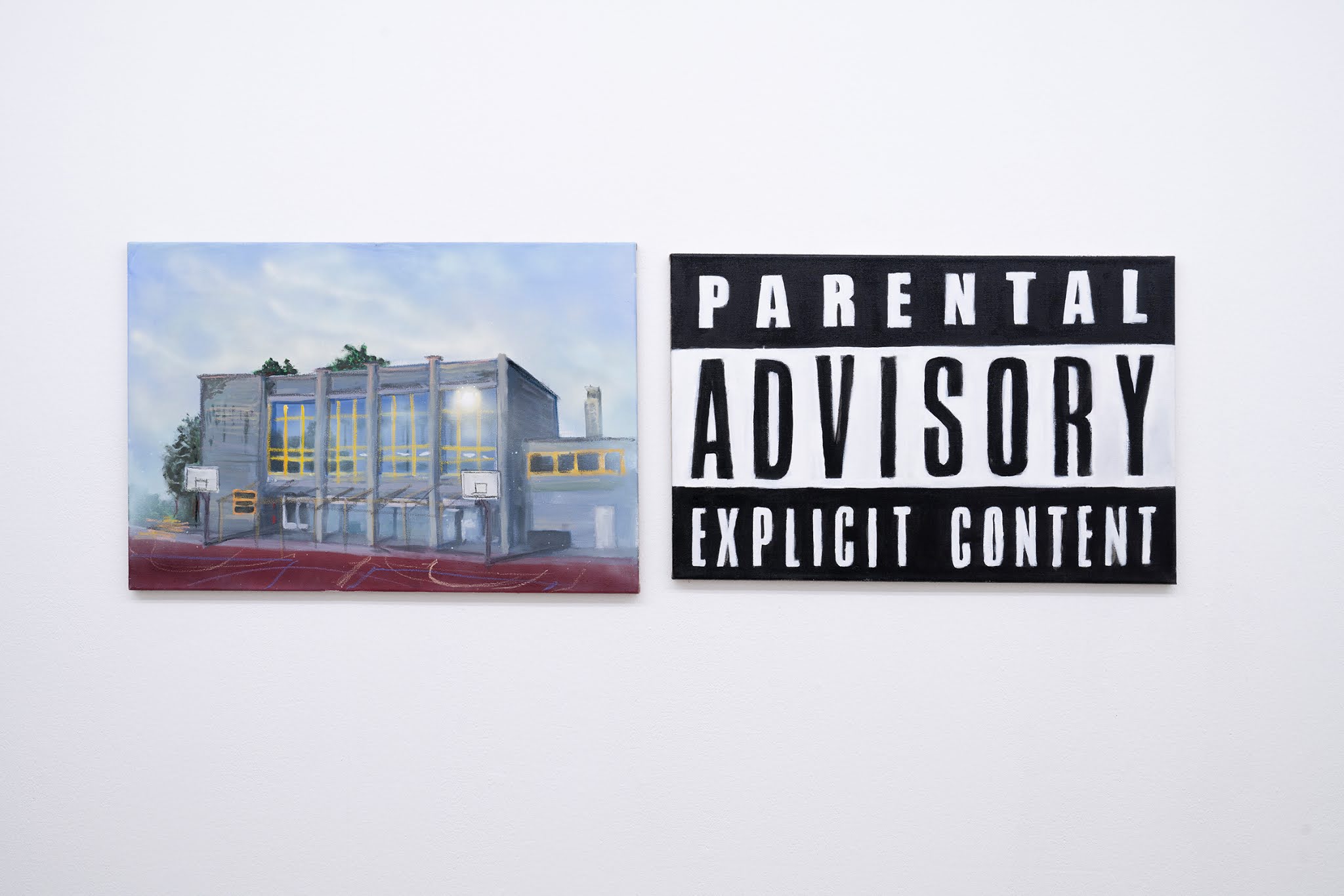 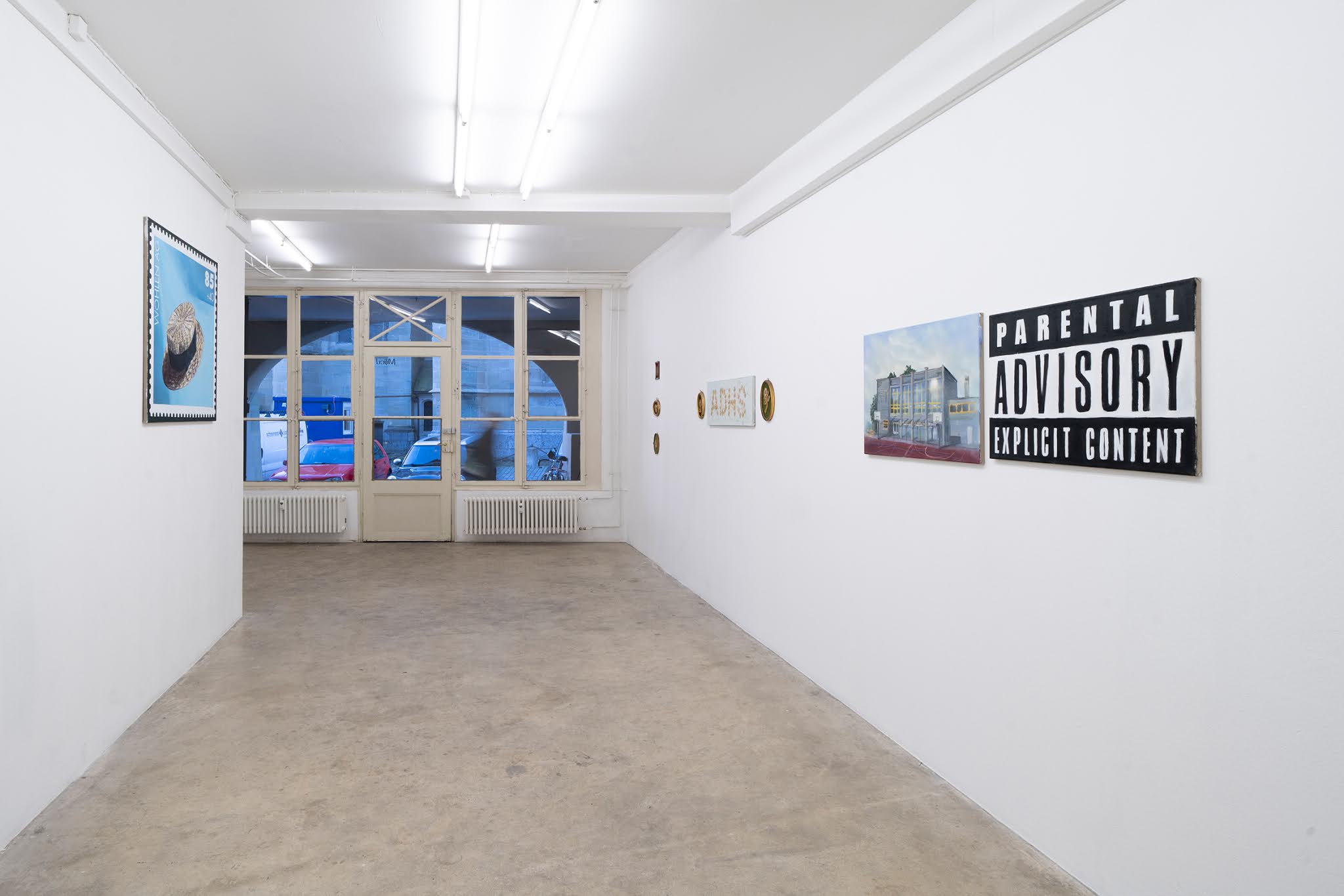 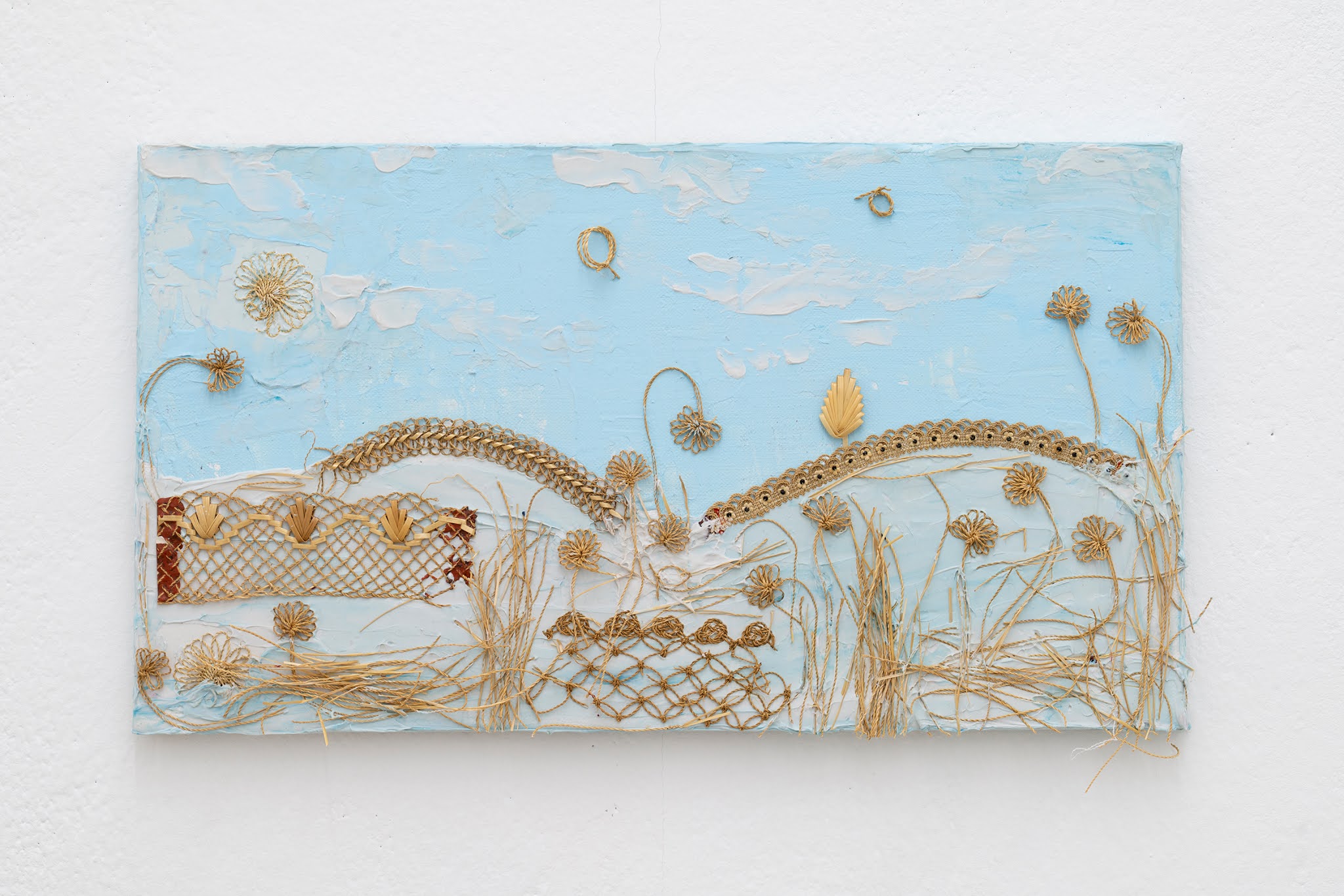 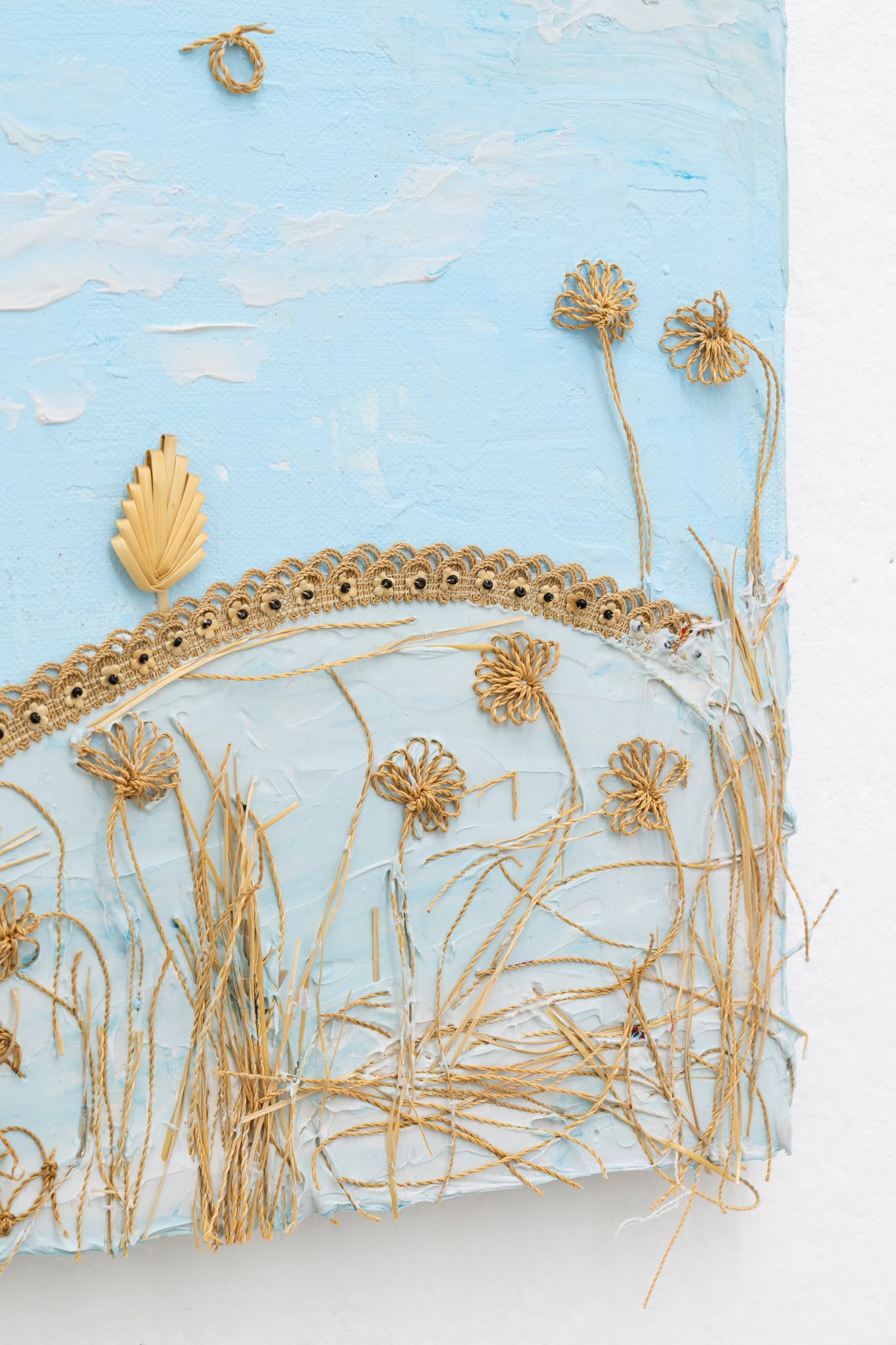 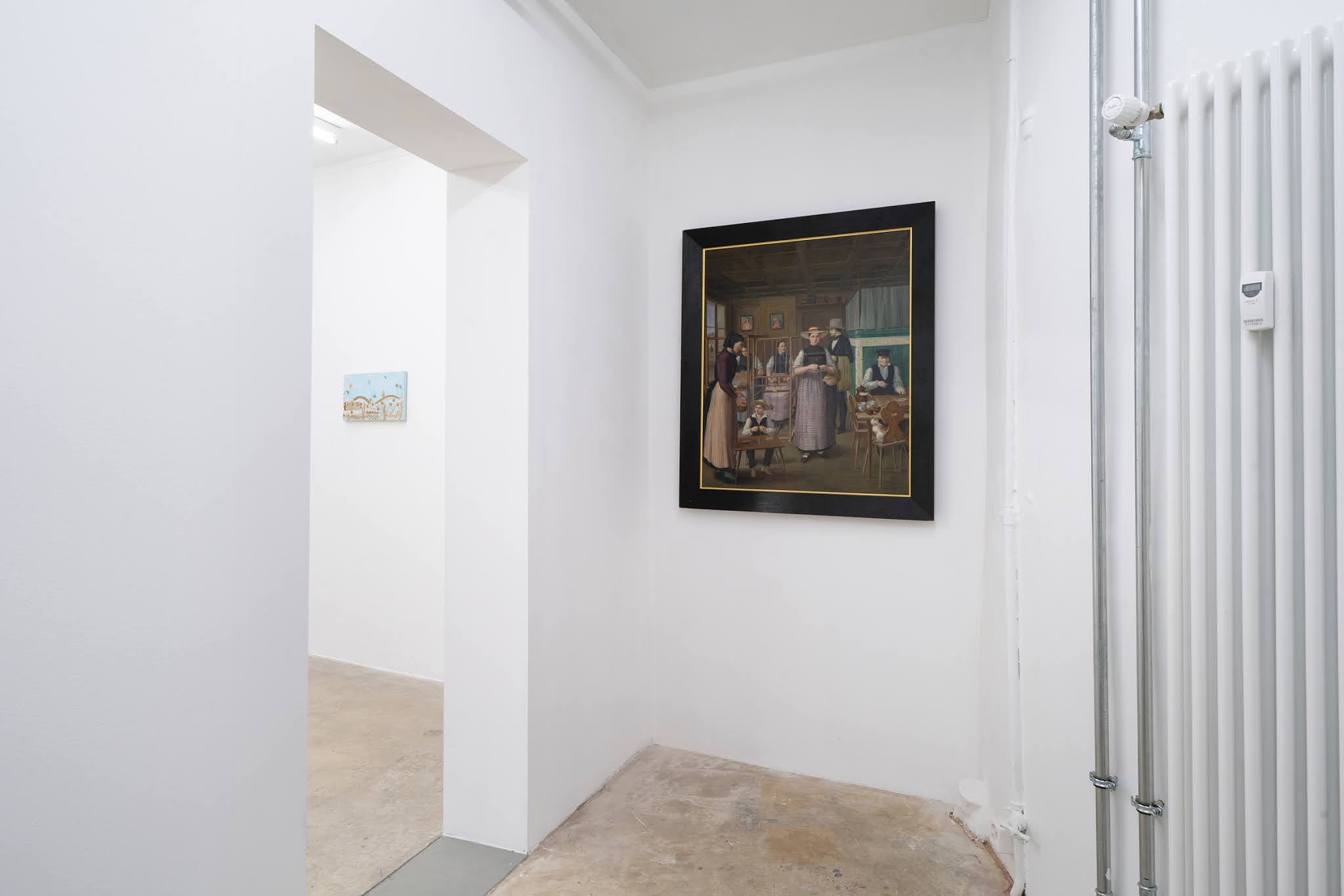 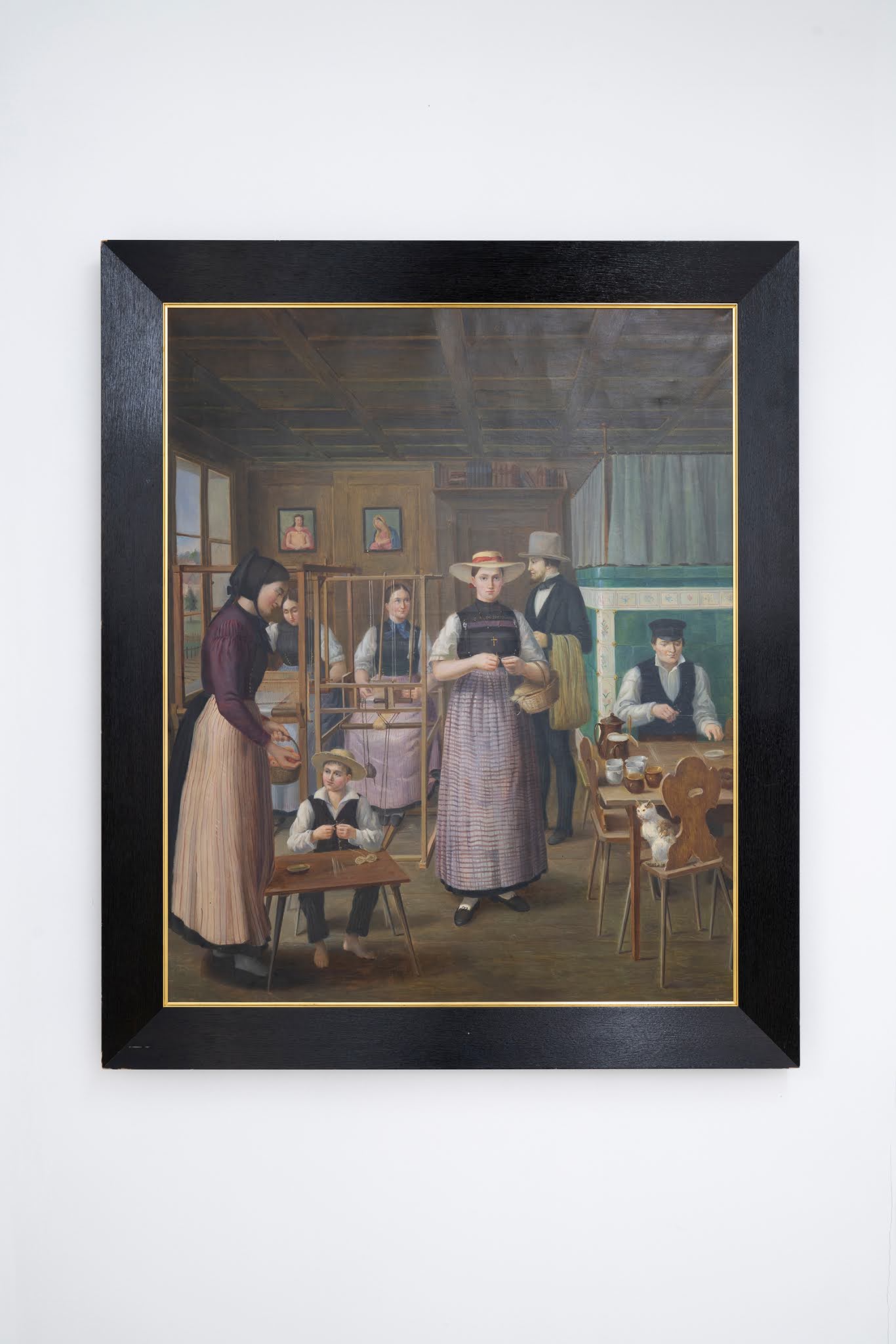 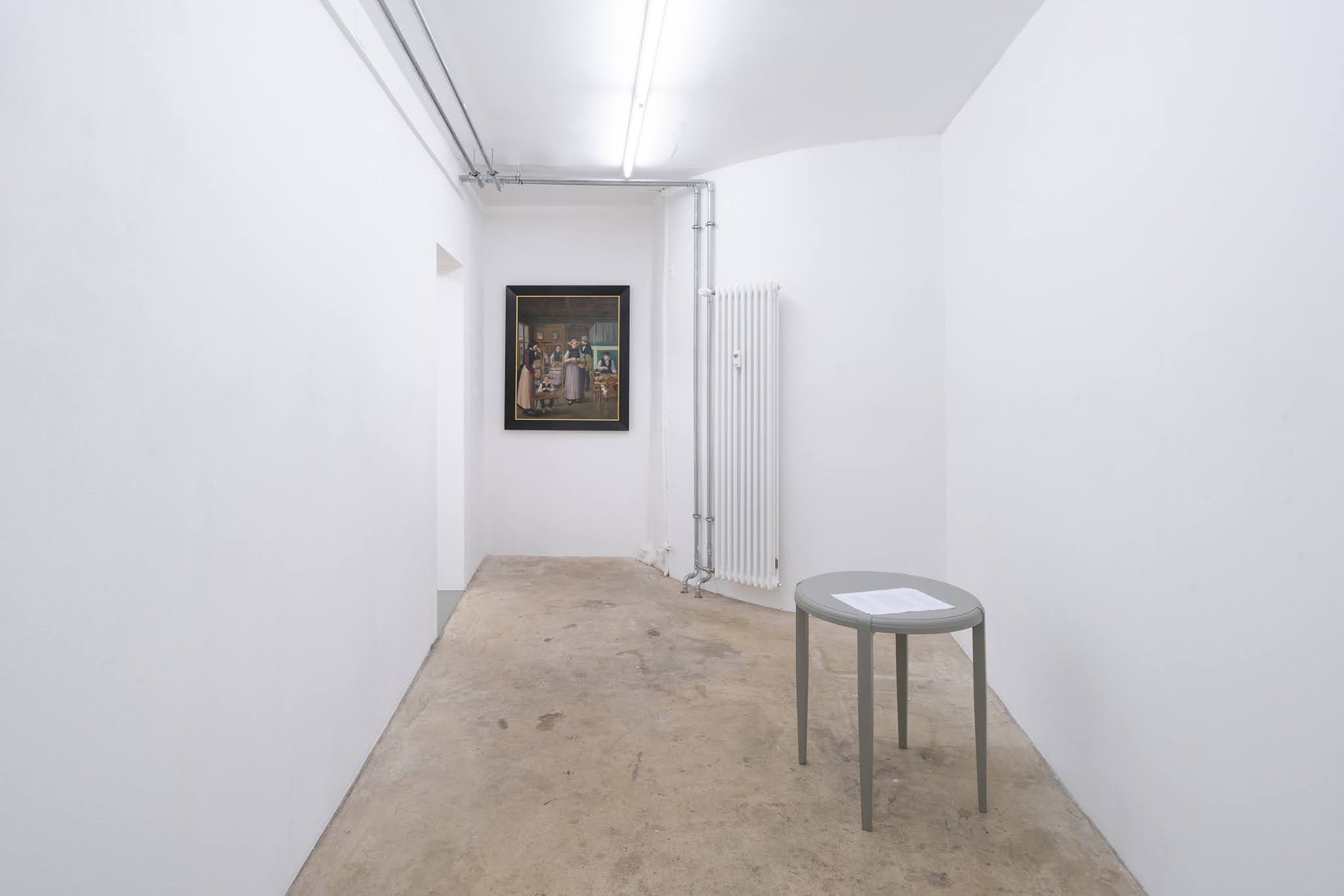 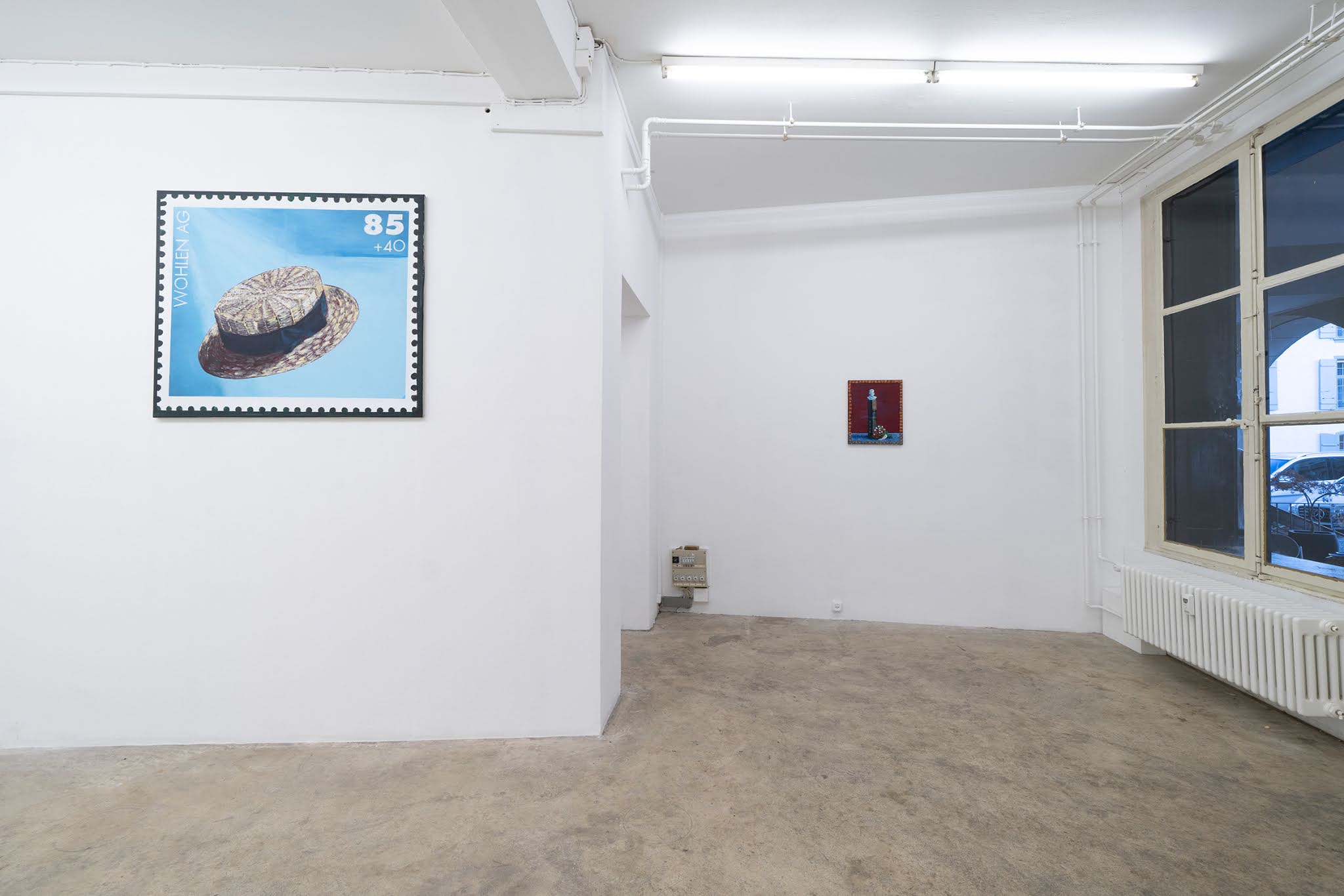 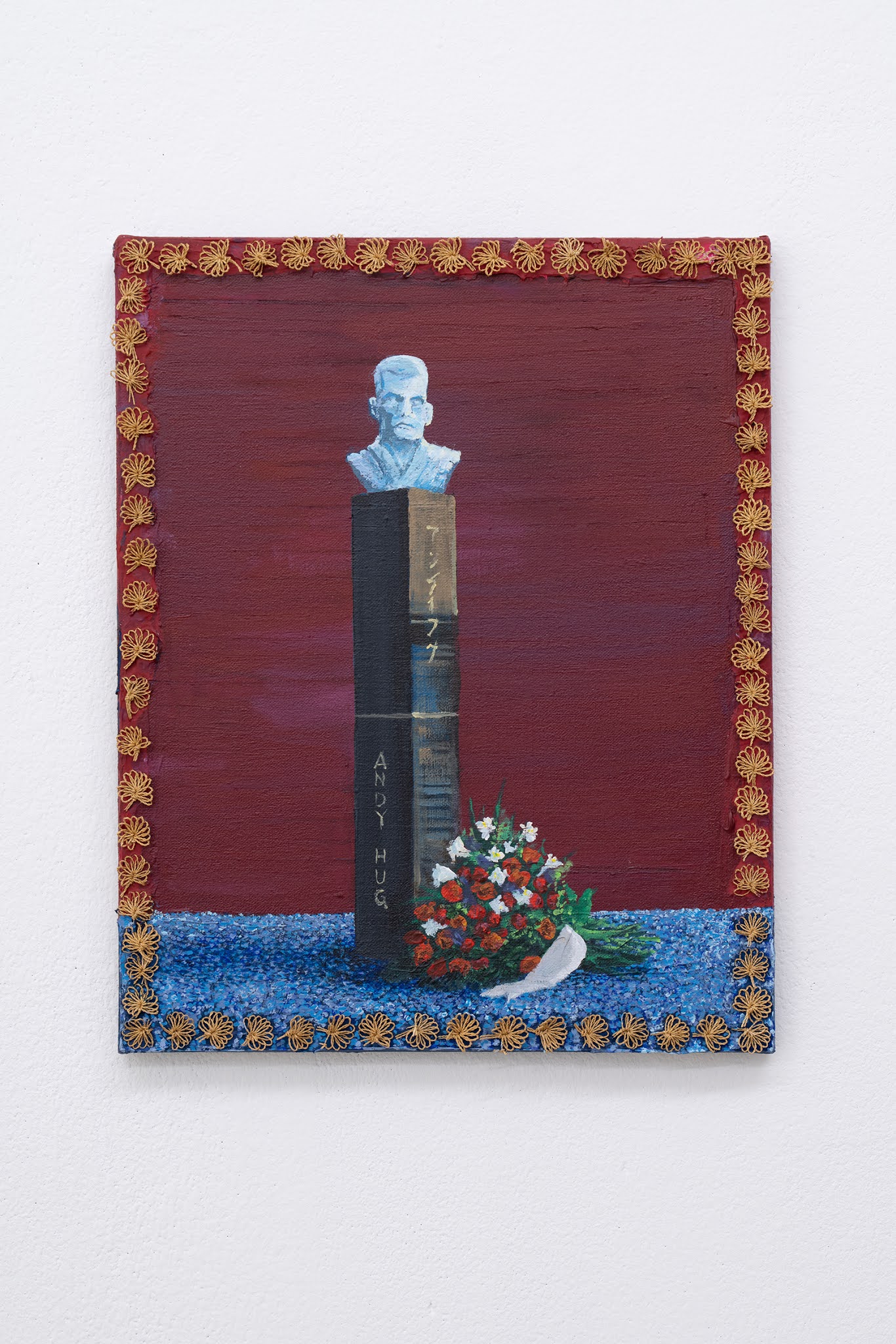 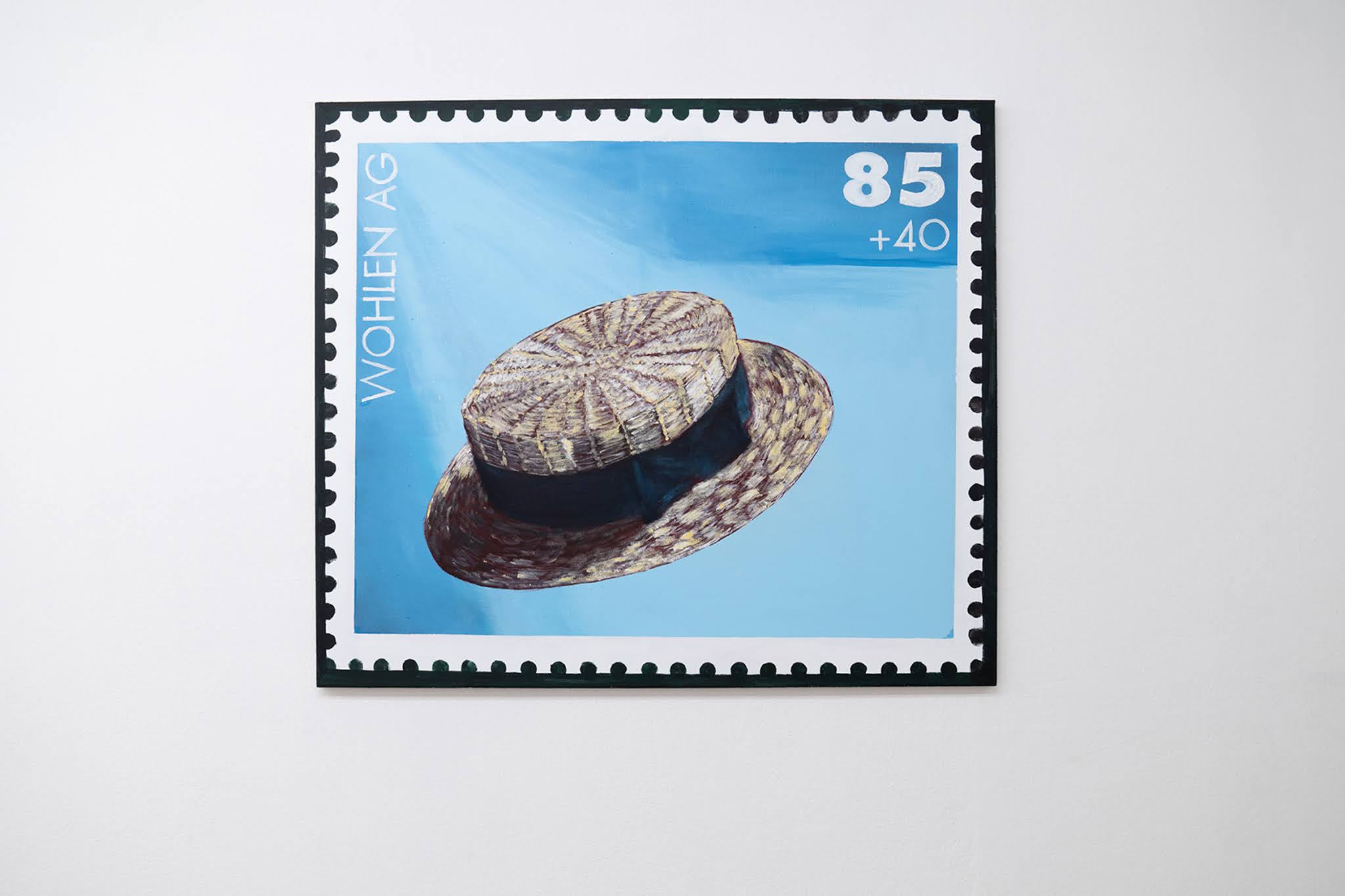 The village of Wohlen is delightful to behold. It’s large wealth is owed exclusively to the straw industry. There is no mass housing, no four or five storey buildings with eight or ten flats, no residential squares with not a blade of grass nearby. All the houses are one or at most two storeys high and designed to house only one or two families. Not a single house without a middling to large garden, all of which are very well cared for and have pretty borders.

Questions are not always urgent, but we can ask them anyway. On the bus from Wohlen to Fahrwangen we try to imagine the lives of the workers who commuted between their homes and the factories along this route, which was once that of the “Wohlen-Meisterschwanden Railway”, built especially for the straw industry. The railway no longer exists. Where the tracks used to be there is now a cycling path.

Our destination is the multi-purpose hall in Fahrwangen. This sports hall – not this one, but the one that stood in Fahrwangen at the time – was the site of the so-called “Turnhallenverbot” (sports hall prohibition), which caused uproar in the Canton of Aargau in 1911. When factory workers in the hat weaving industry invited a trade union secretary to a slide show lecture, the local council prohibited the workers’ union from holding assemblies in the hall.

What remains today is that the multi-purpose hall is not an all-purpose one. Hanging out, for example, is not one of those purposes.

The landscape becomes a catalyst for thinking about our own youth in the villages of the Aargau. Disciplinary measures, application and diligence, the A in drawing class. Hip Hop. The hunt for a vending machine in the neighbouring village.

Is the governing council aware

1. that in the factories of the Argovian hat weaving industry legal labour hours are often significantly exceeded?

2. that employers prevent youthful workers from attending mandatory public schooling in order to use them for overtime work?

3. how does the council intend to redress these grievances & reinforce regard for the law?

Interpellation to the Governing Council of the Canton of Aargau, 1930

A cottage worker begins to take shape in my mind. The furrows on her face. Shoulders bent over her weaving while the freshly baked bread cools by the oven. She is tired, and proud. Perhaps not so much of her beautiful craft as of coping with a hard life. In the rhythm of her days, inventing a new pattern to decorate a hat is as much a part of survival as all the other routines of rural life. Perhaps she is not even proud, but stubborn. Or too tired to dream. Perhaps her dreams curdle into patterns of straw and the poets may say it is beautiful. Many may have hated weaving straw deep into the night after a long day of hard physical labour. Some probably took a stoic attitude; which I remember from my own grandmother: hardship has its place in life, we must accept it. I believe that many did take joy in their work, even when they worked overtime. Be it for the simple satisfaction of work well done, or for moments of real creativity.

The imagination can be a helpful tool for engaging with history. But it can also deceive. Our own history is often strange to us when we start to trace it. When we make our own parts from those of strangers, tape over them with our own imaginations, we romanticize. But we want to use the hyper-kaleidoscope that allows us to see ourselves as complex organisms within complex systems, even when we turn it on the industrial formation of a rural Swiss region. That includes the obscure, the Maybe and the &

The development from cottage manufacture to an export-oriented industry led to significant wealth for the upper classes. For over 200 years the unassuming material of straw served as the foundation for a significant economic factor in this region. The partly still extant prestigious villas and company offices of the straw industrialists in Aargau testify to the “golden epoch of straw” and brought the village of Wohlen the soubriquet “little Paris”. Industrial factory owners rose to the status of “straw barons” based on their exclusive lifestyle.

The Andy Hug kick: Wohlen’s top export of another kind. And yet, confronted with the Andy Hug monument on the sports grounds of a school in Wohlen, the threads of our exploration once again interweave in a new way.

We are back in the same semi-public space where young people like to gather and the authorities don’t like it. We ask ourselves the same questions about the visibility and invisibility of history. What a long road from straw to Andy Hug. Maybe there is no road at all. It can’t be properly mapped anyway. Yet the bust of Andy Hug with its strangely Maoist features seems to us to contain traces of history, in that homeopathic dose through which they shape the mentality of a region. It appears to us like a distillation of the same diligence, the same ambition, that we tracing. An ambition that can sprout beautiful blossoms, but poison too. In the case of kickboxer Andy Hug, worldwide success was followed by an early death from Leukaemia, some say due to steroids.