Ndayé Kouagou /  If it’s not about me I’m not really interested
November 12 - February 6, 2021
Nir Altman
Courtesy of the artist and Nir Altman, Munich 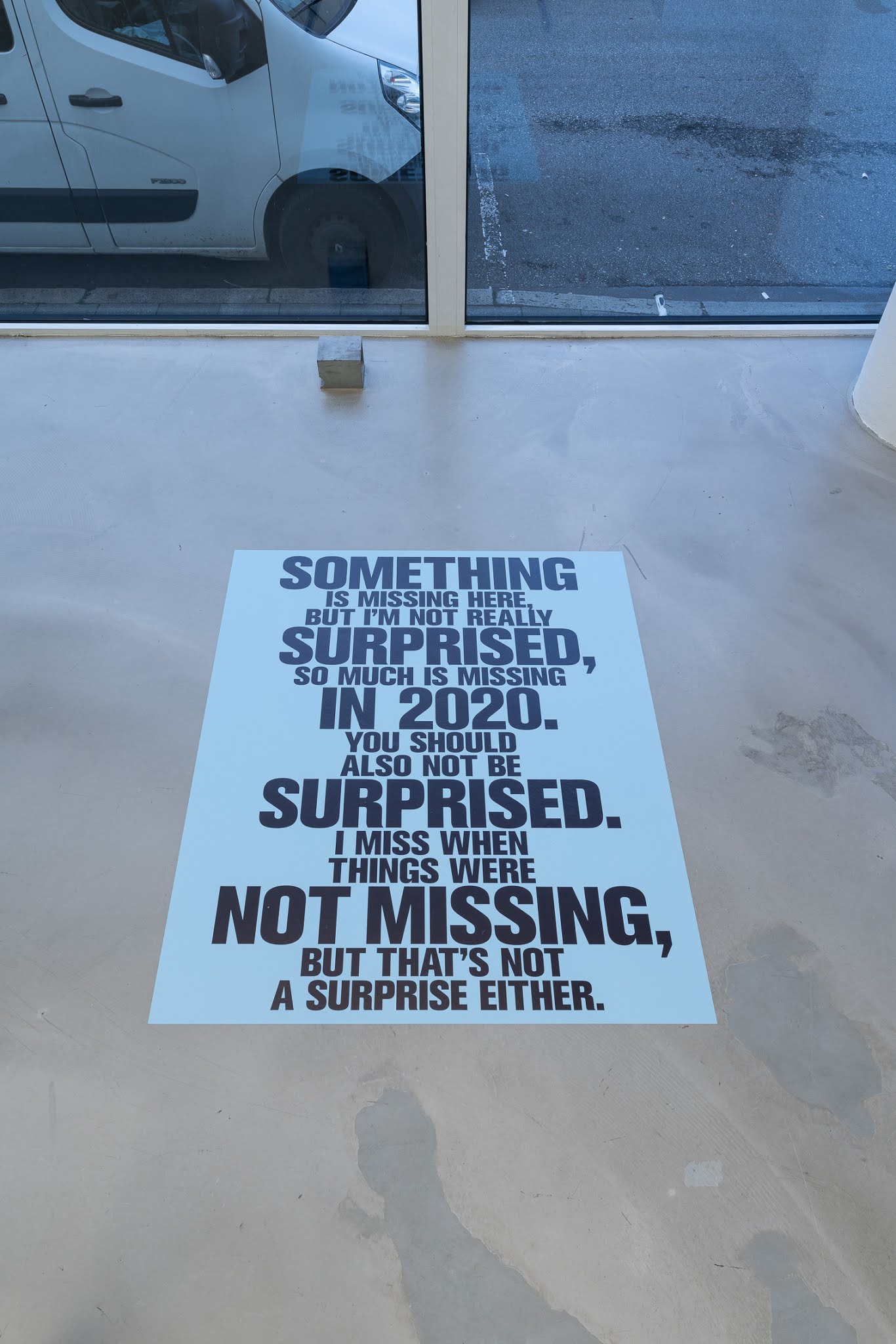 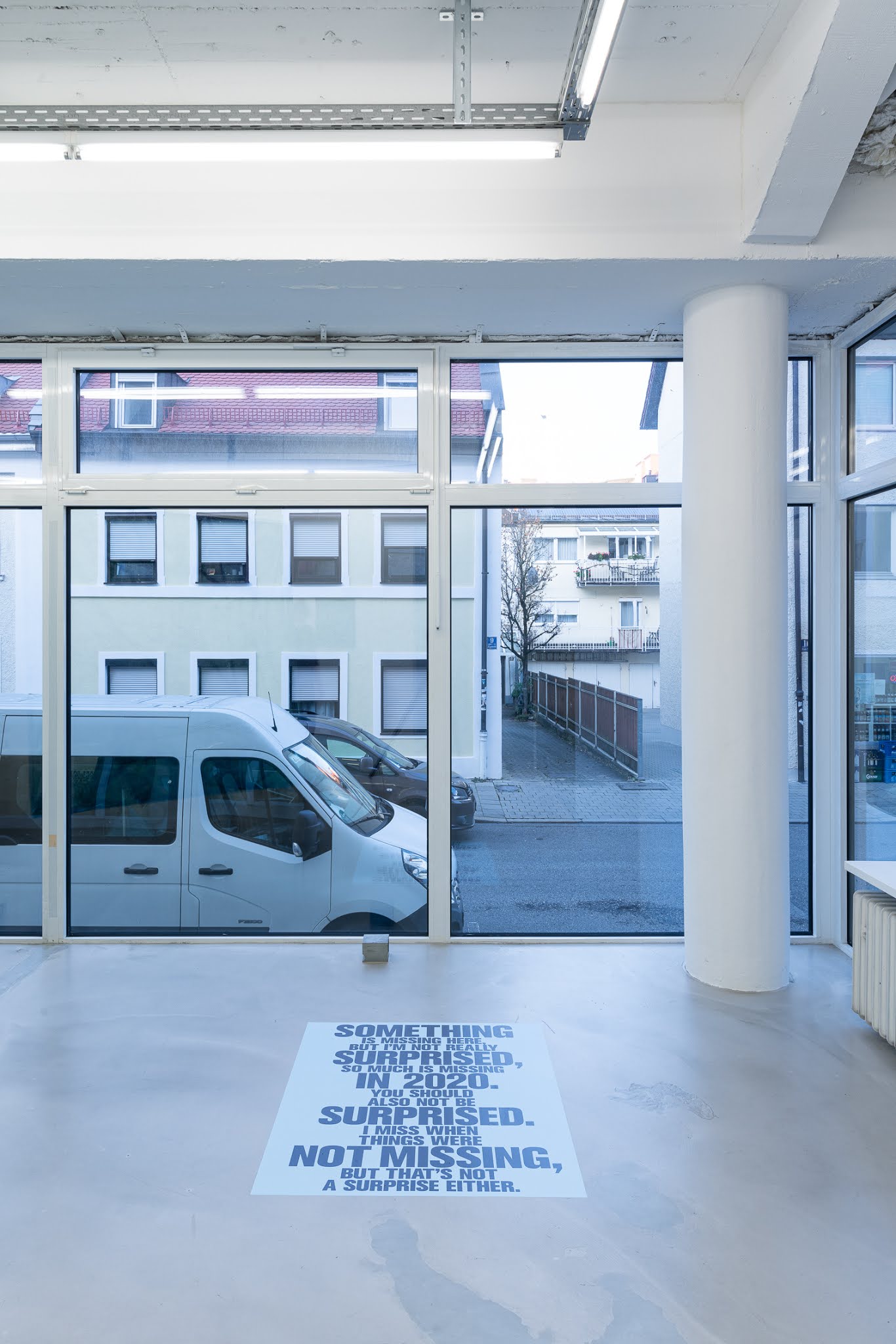 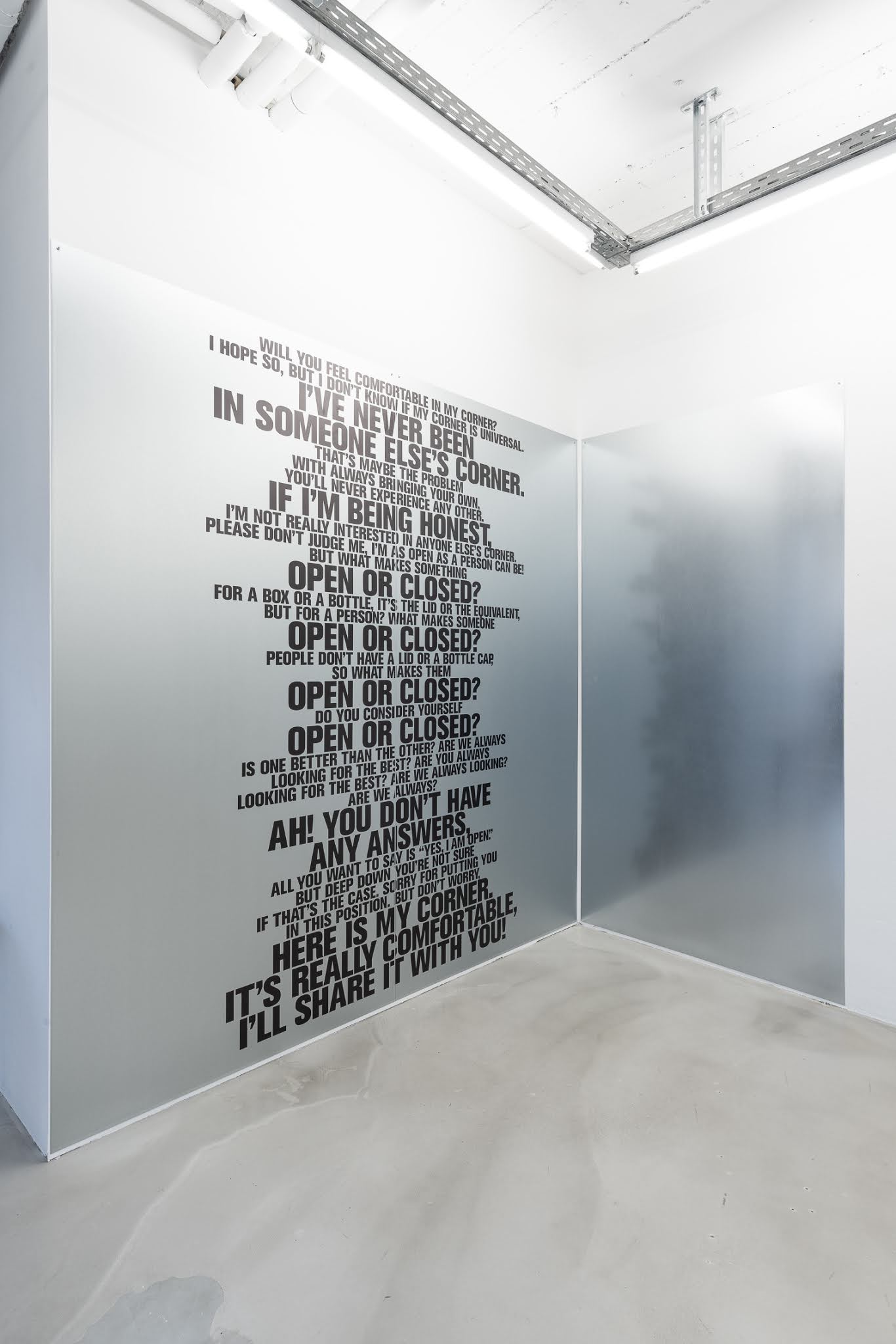 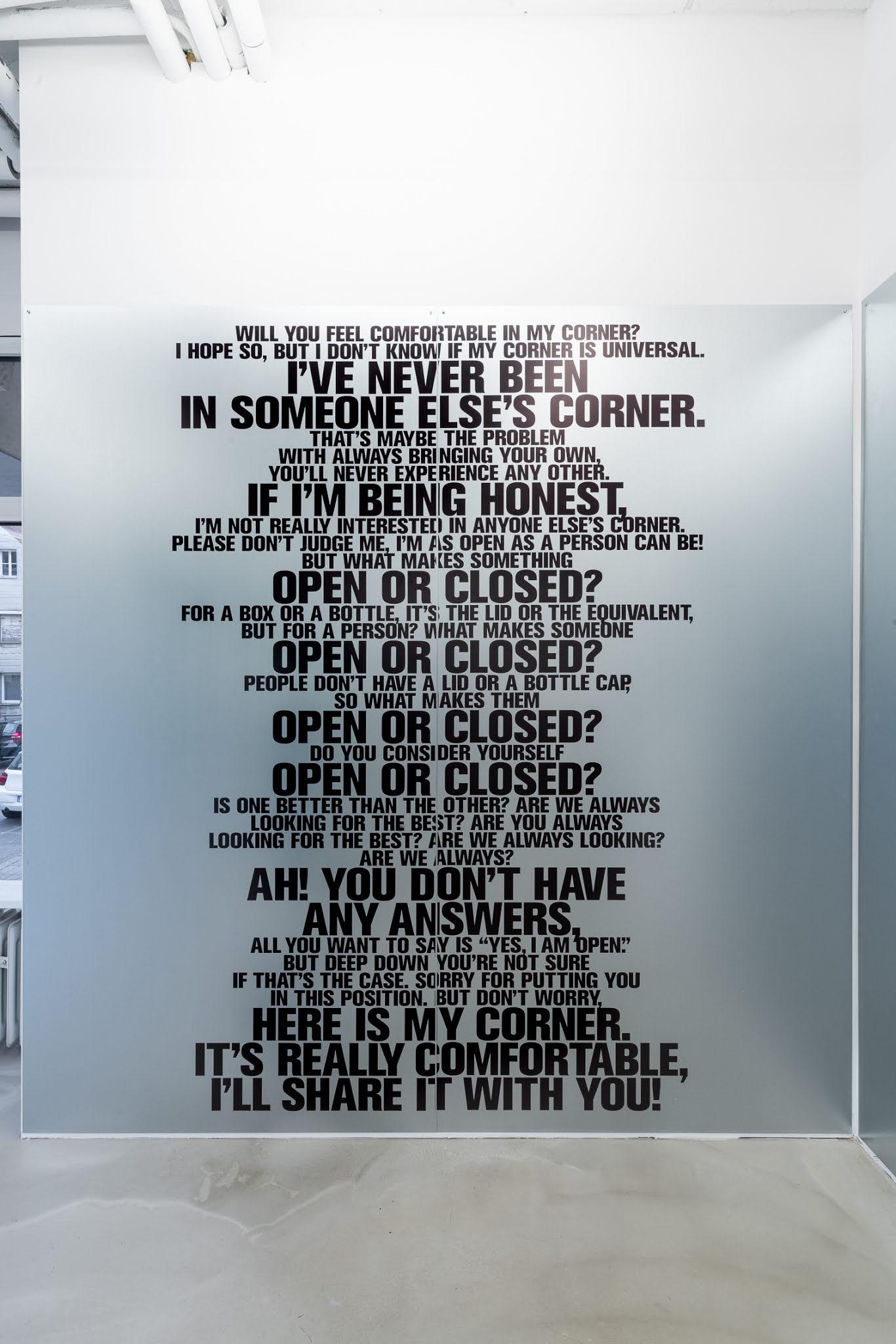 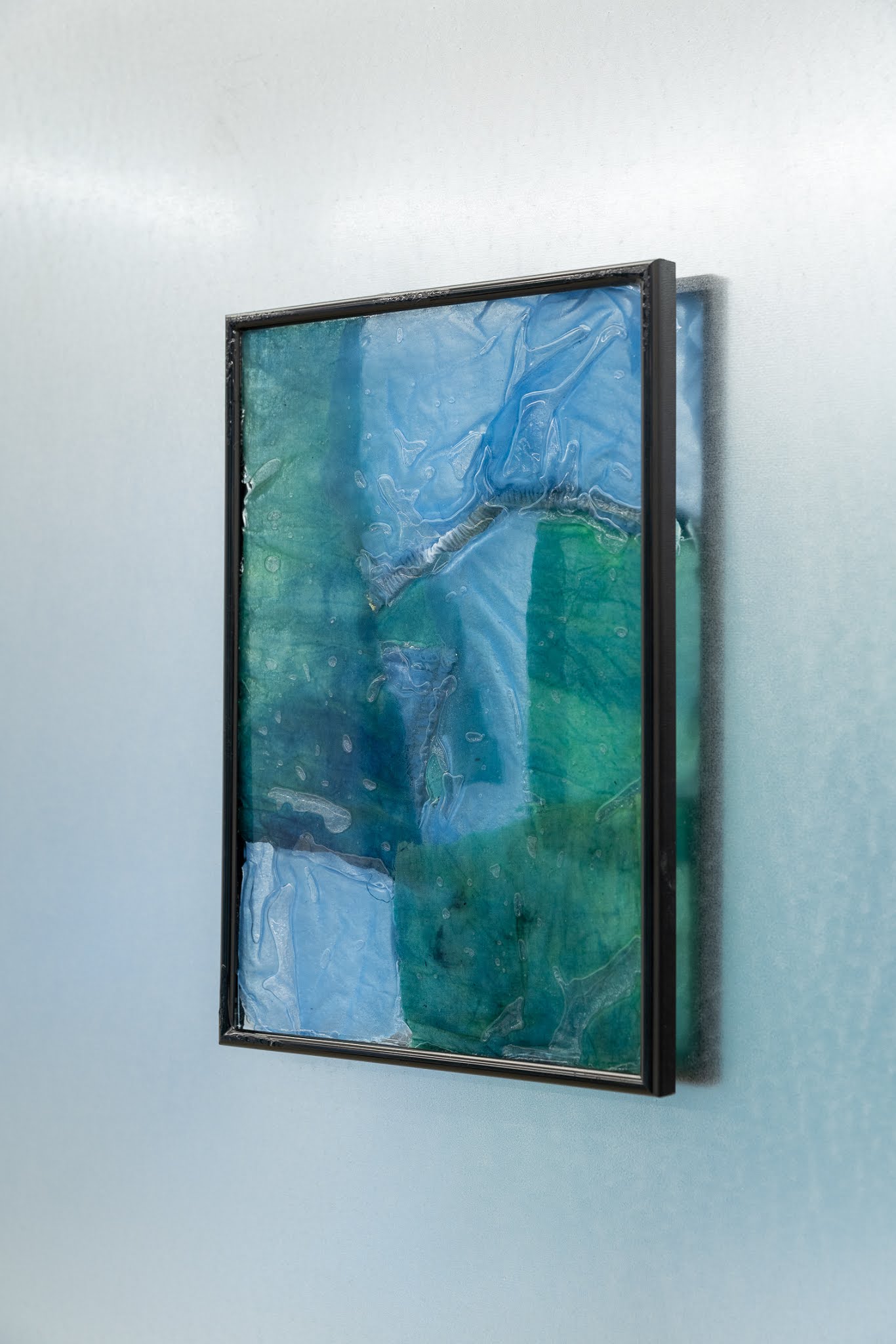 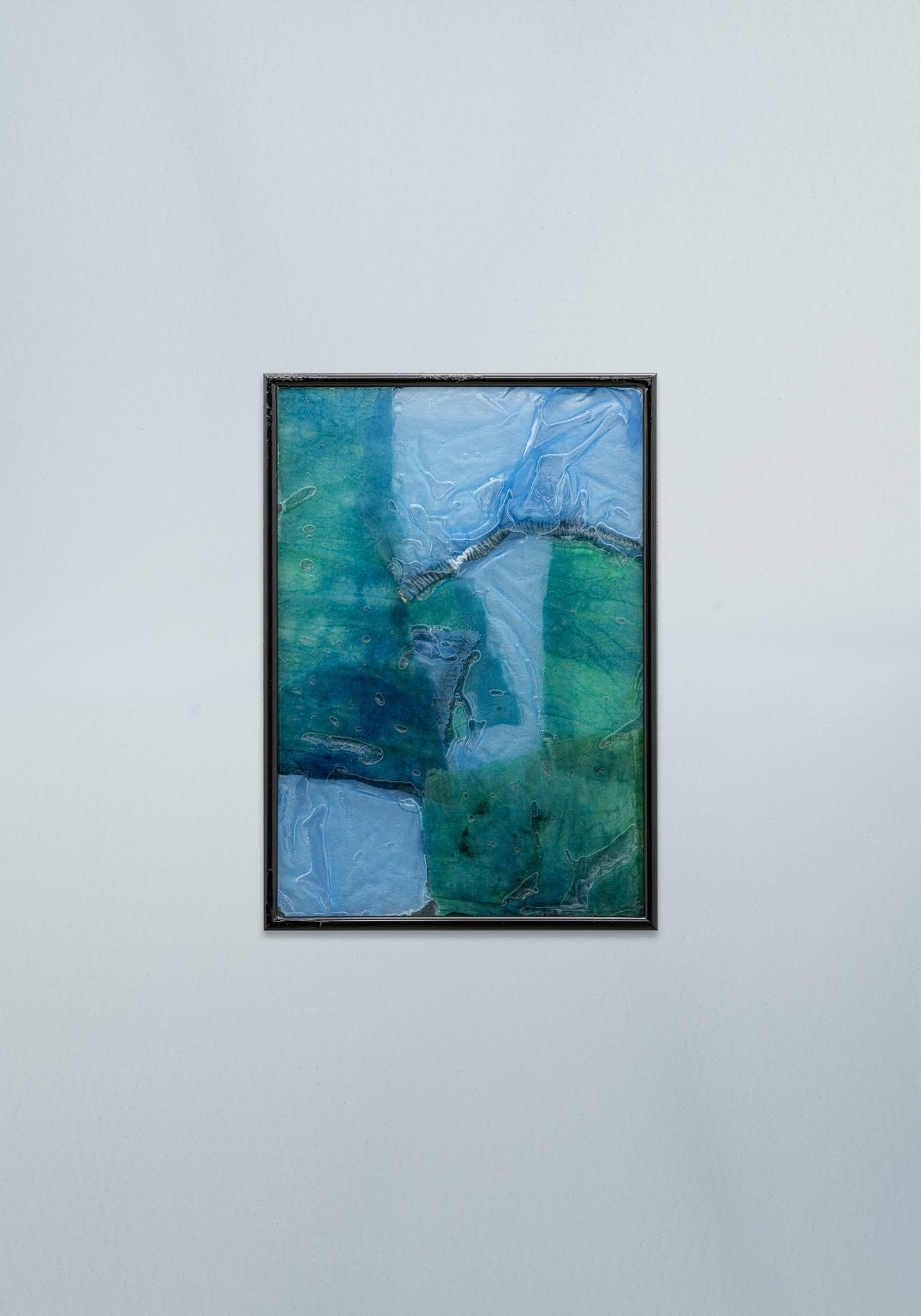 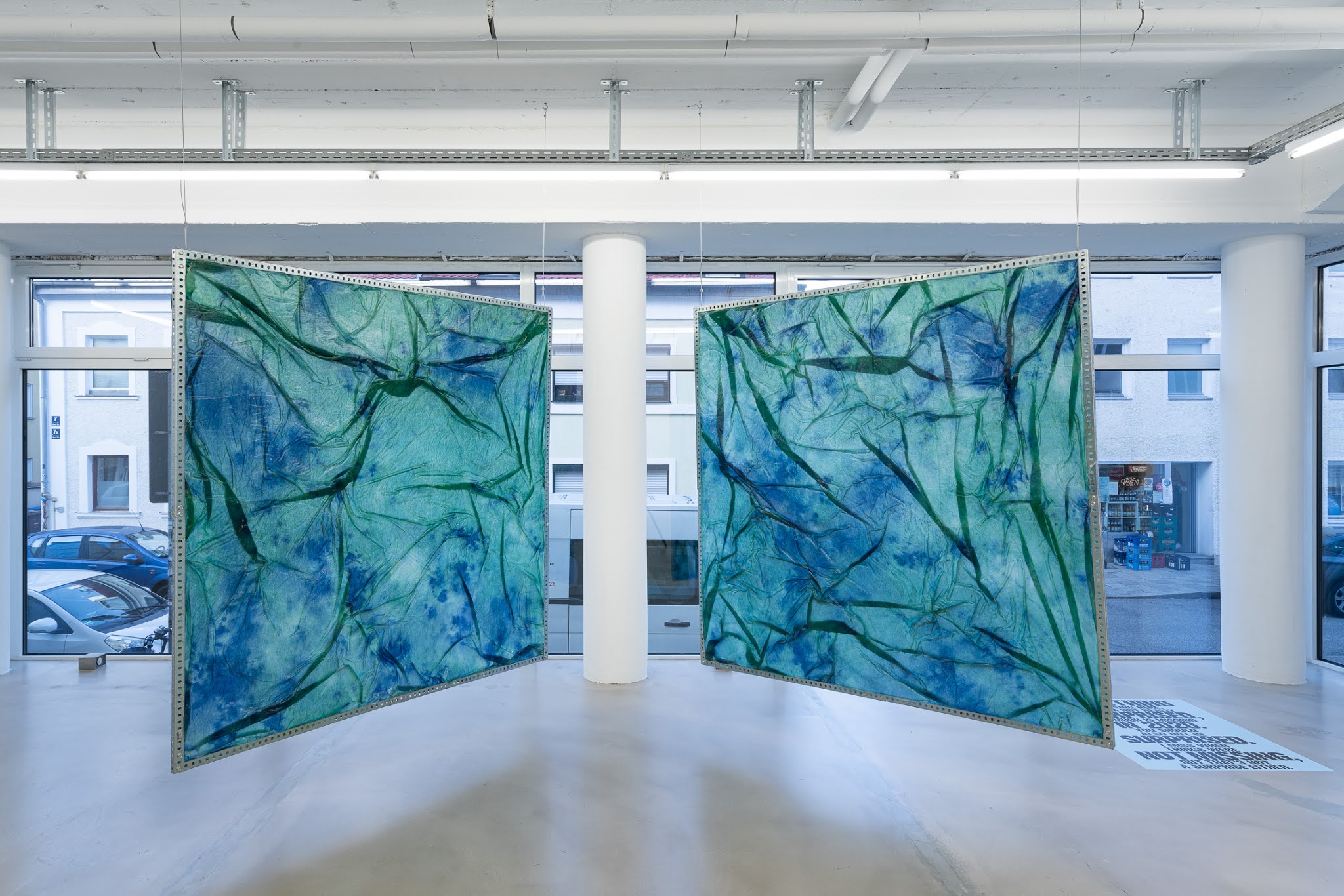 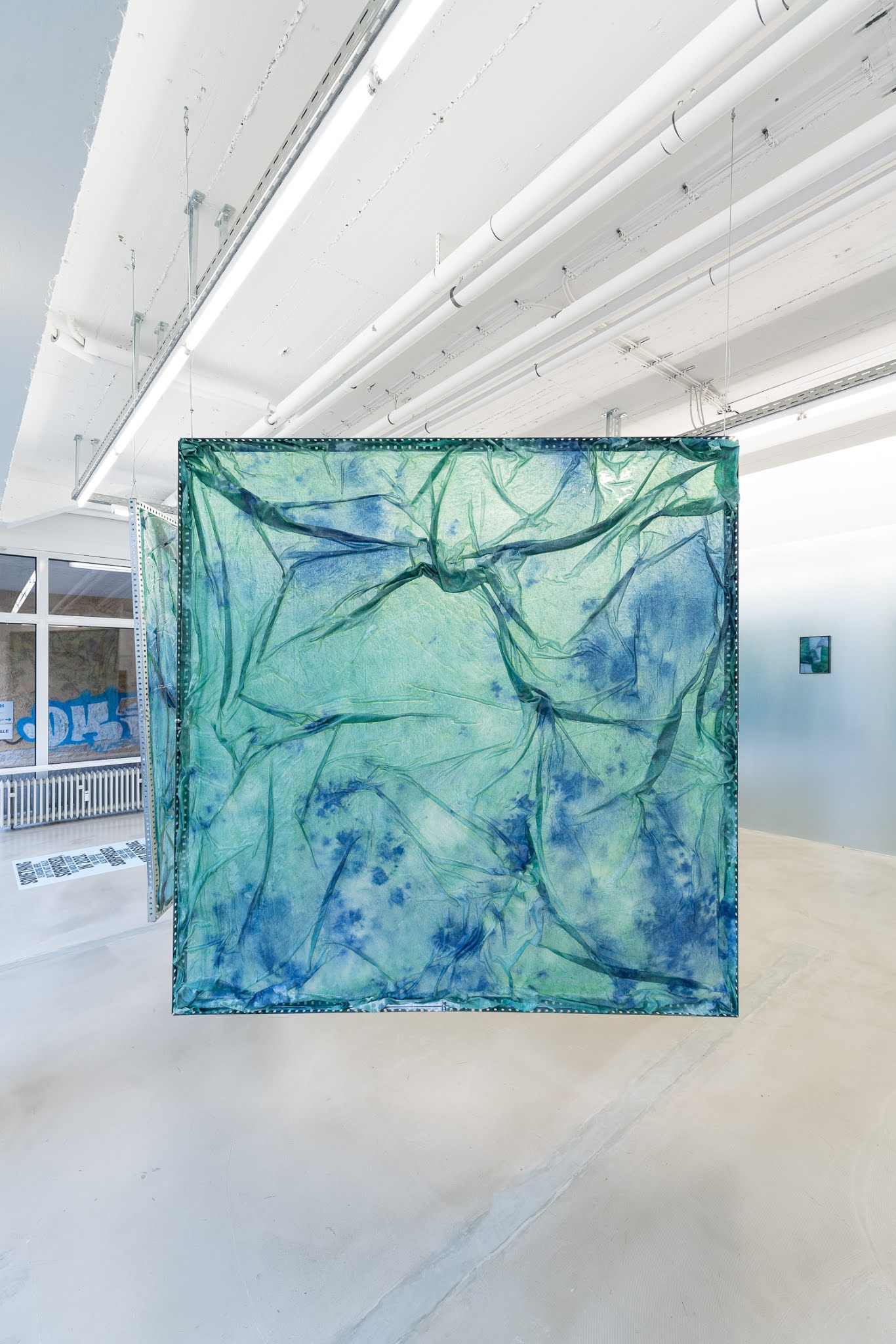 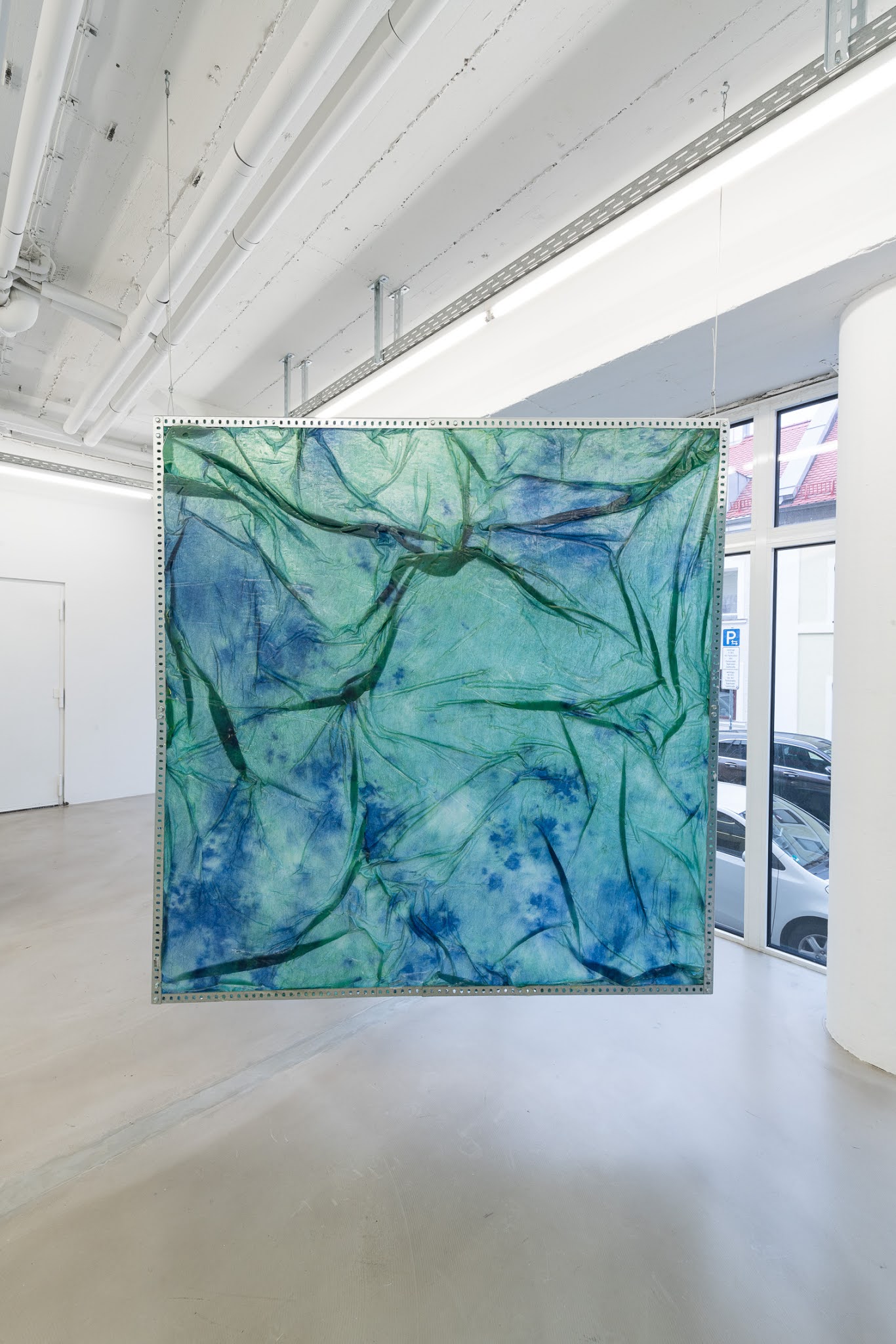 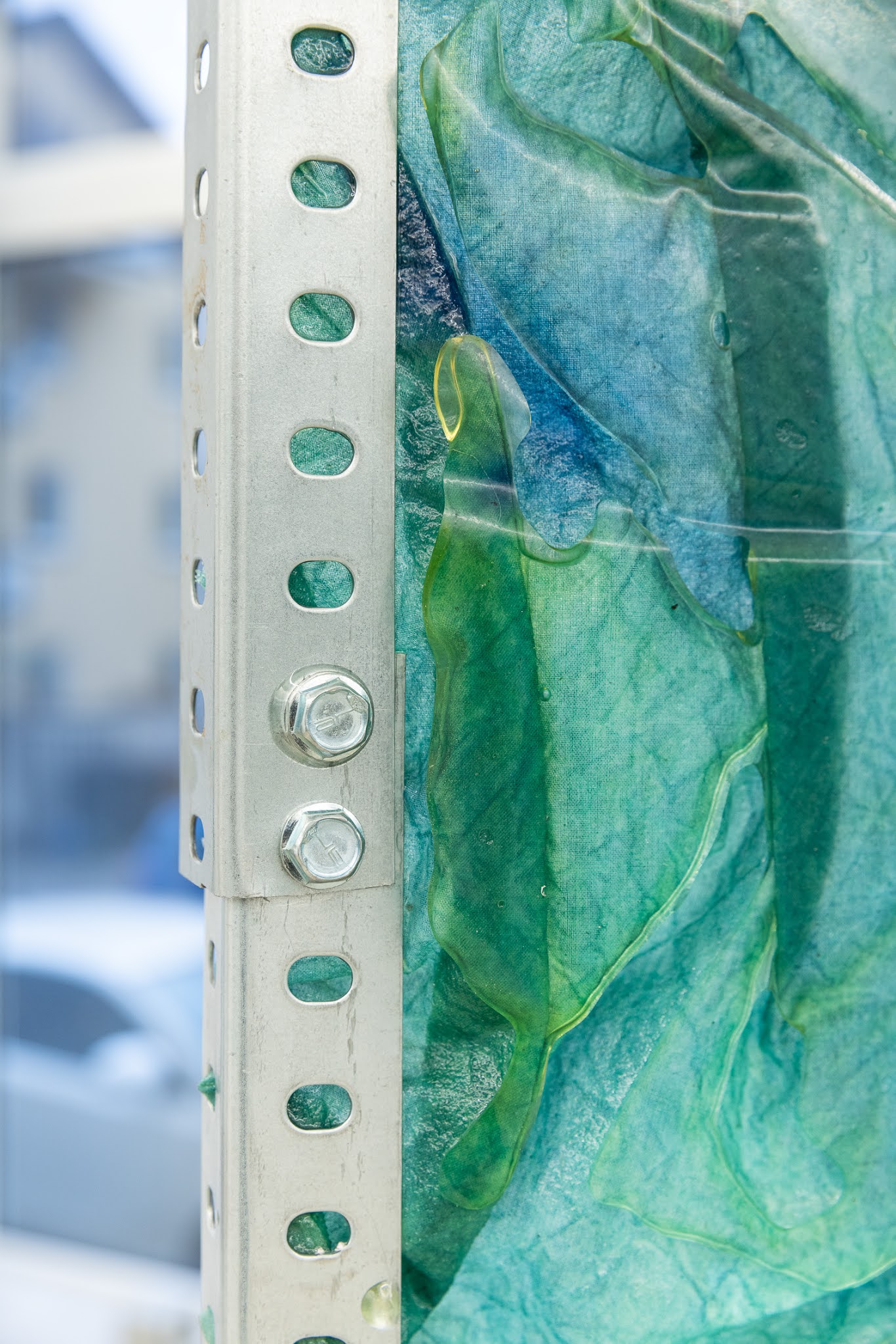 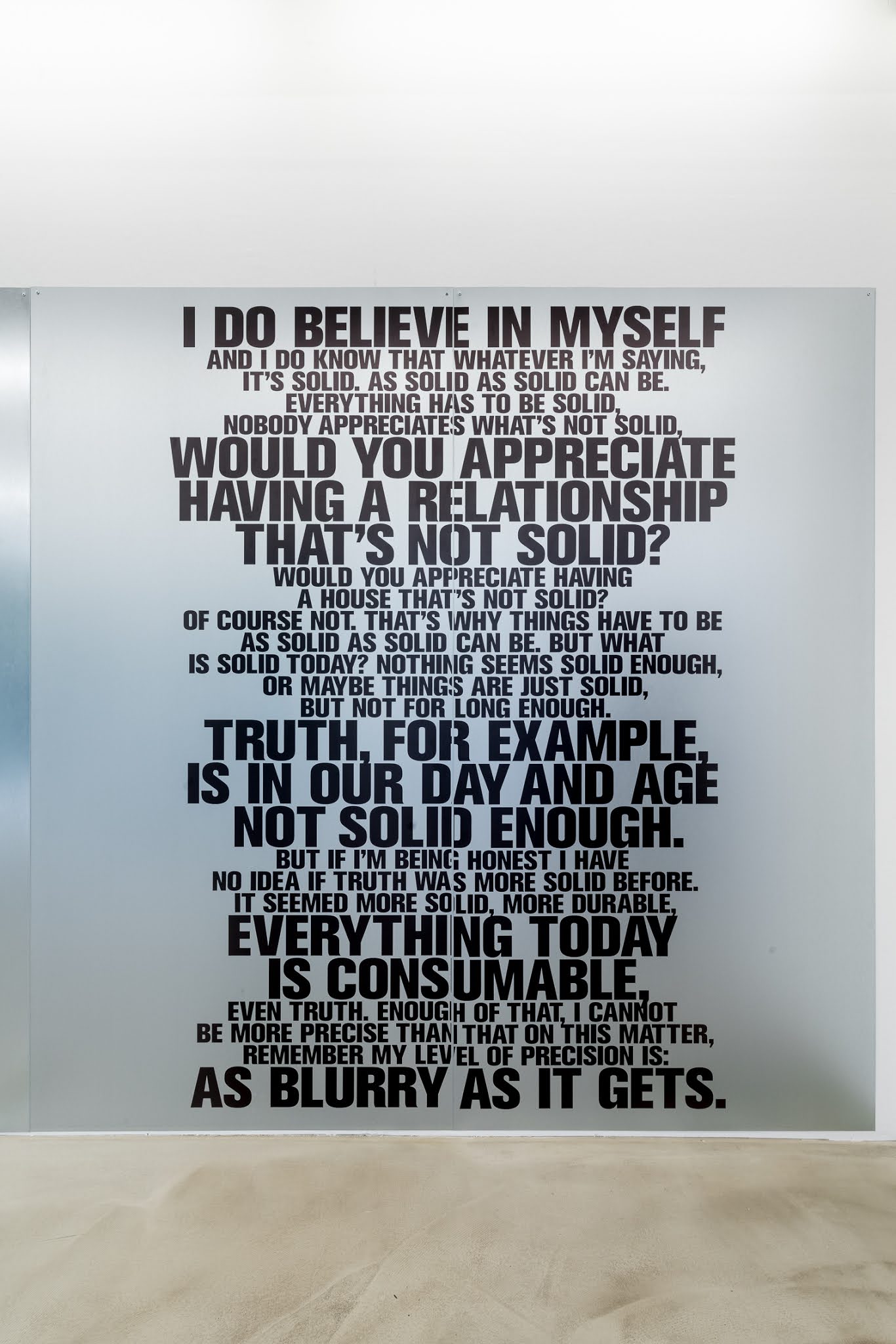 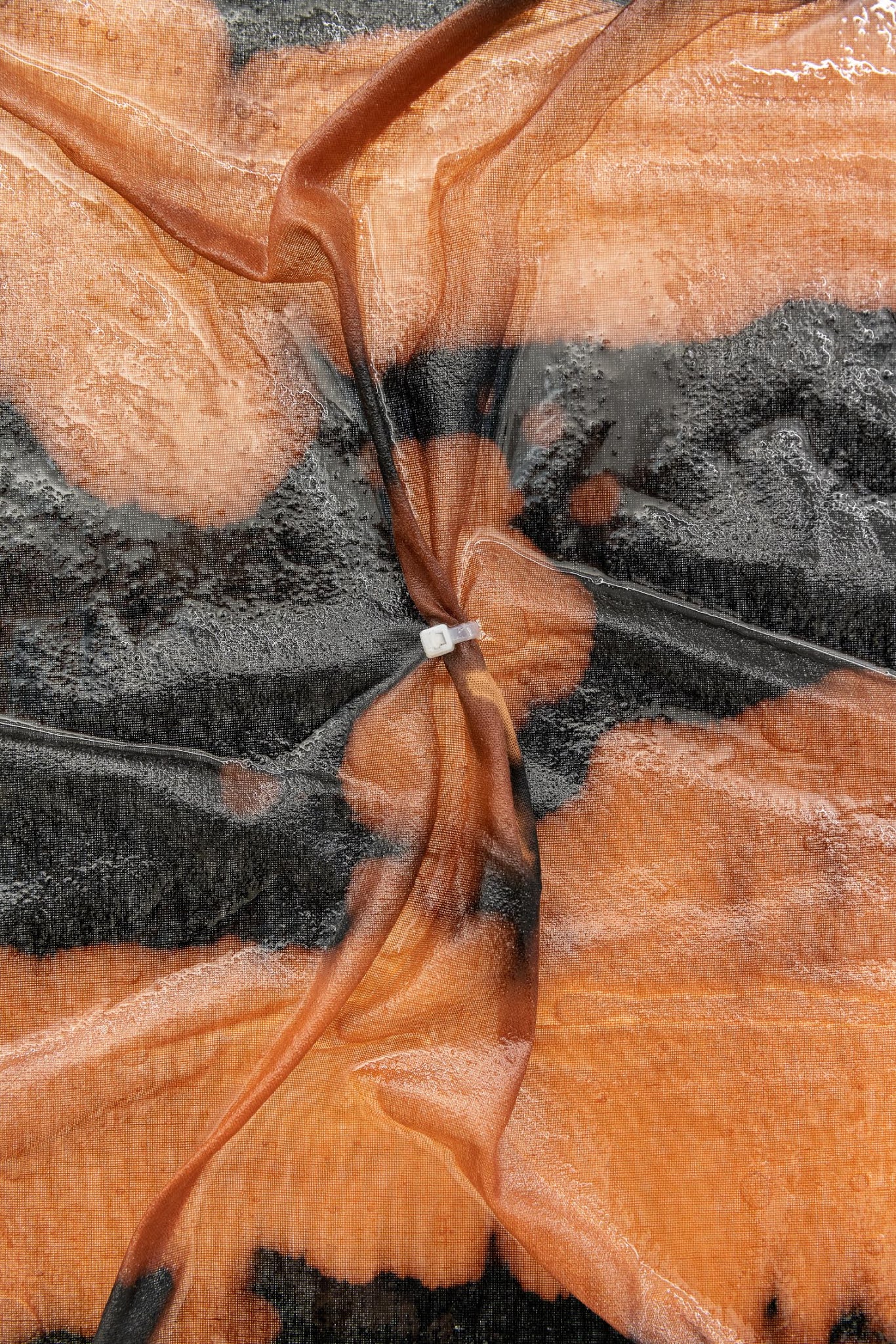 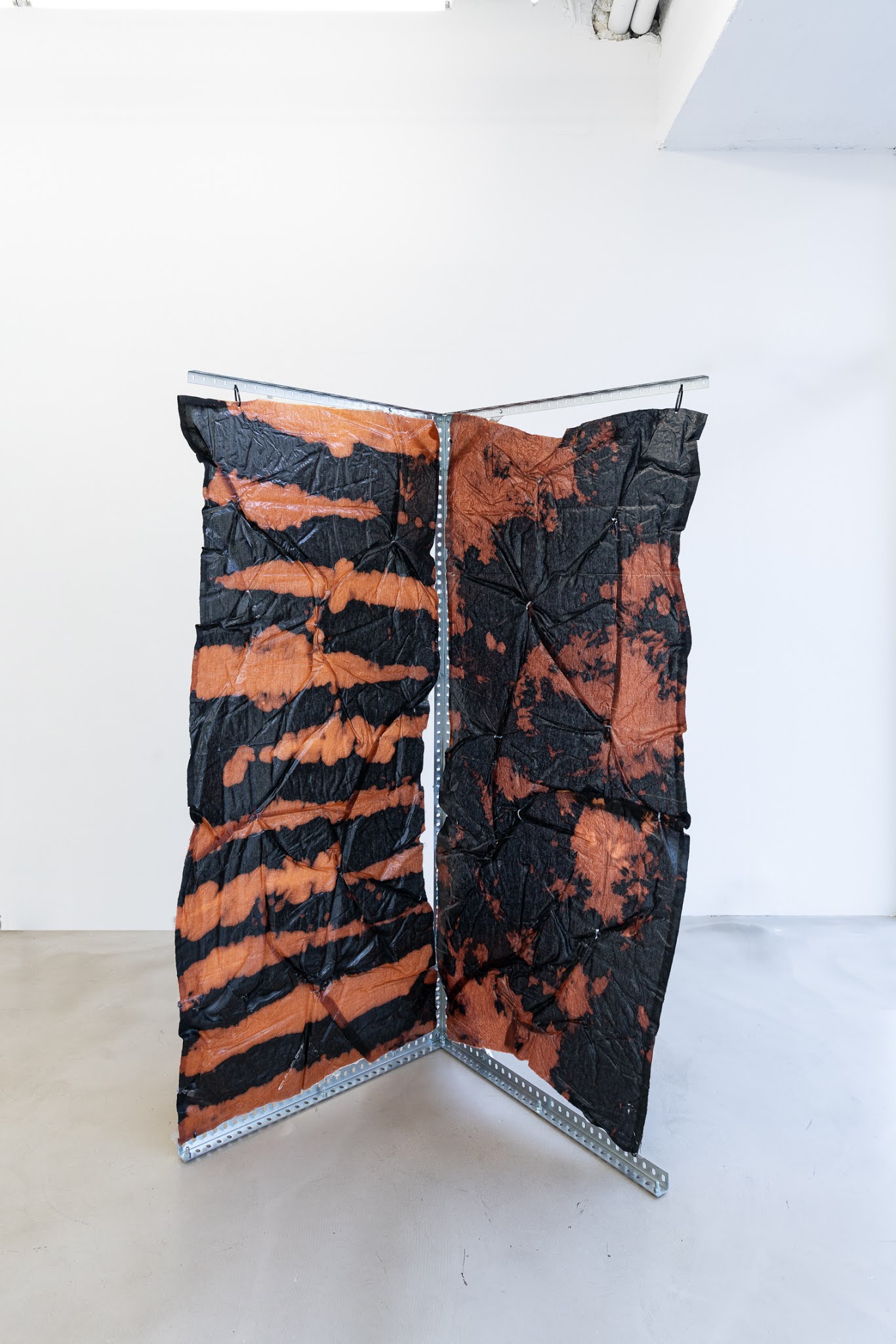 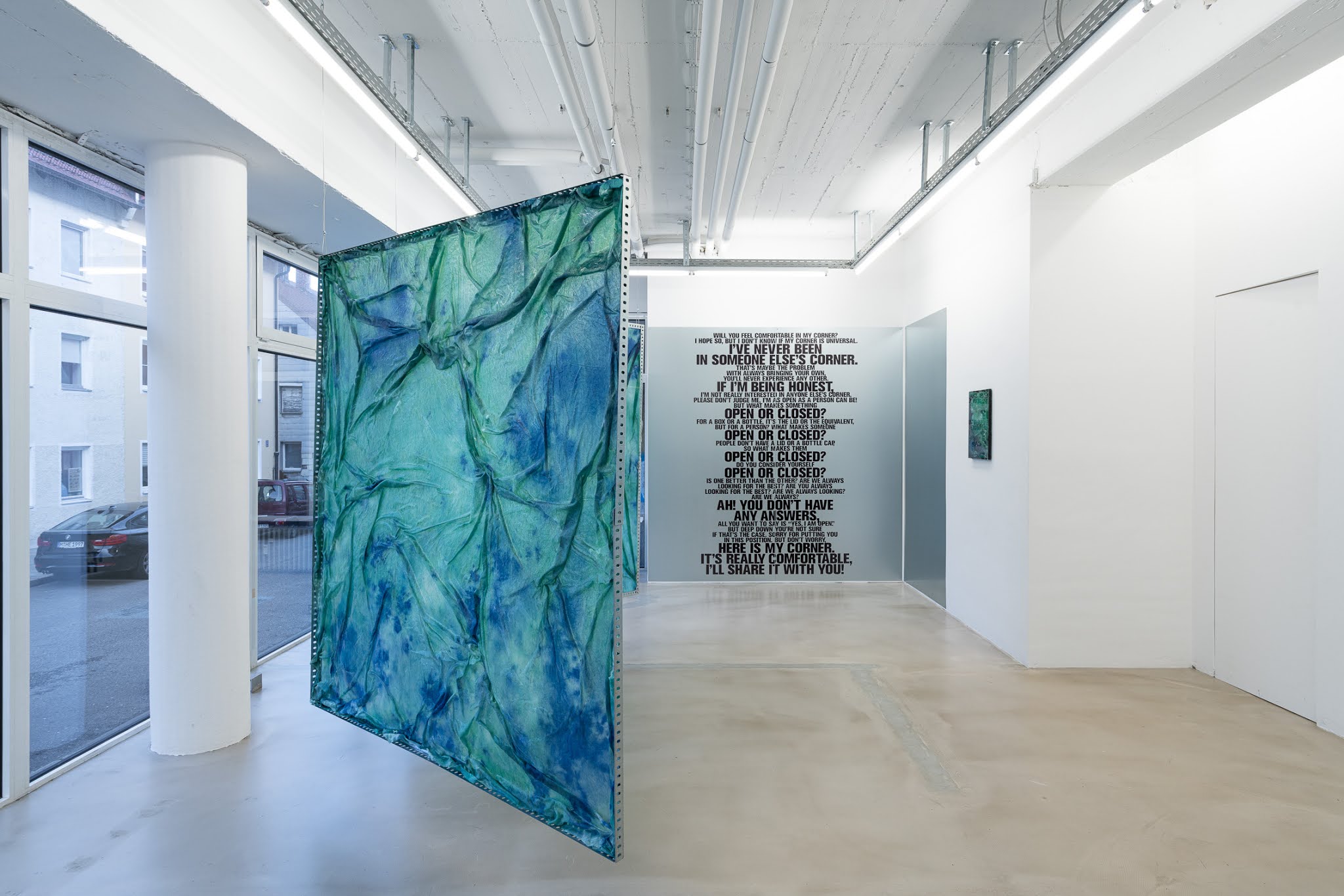 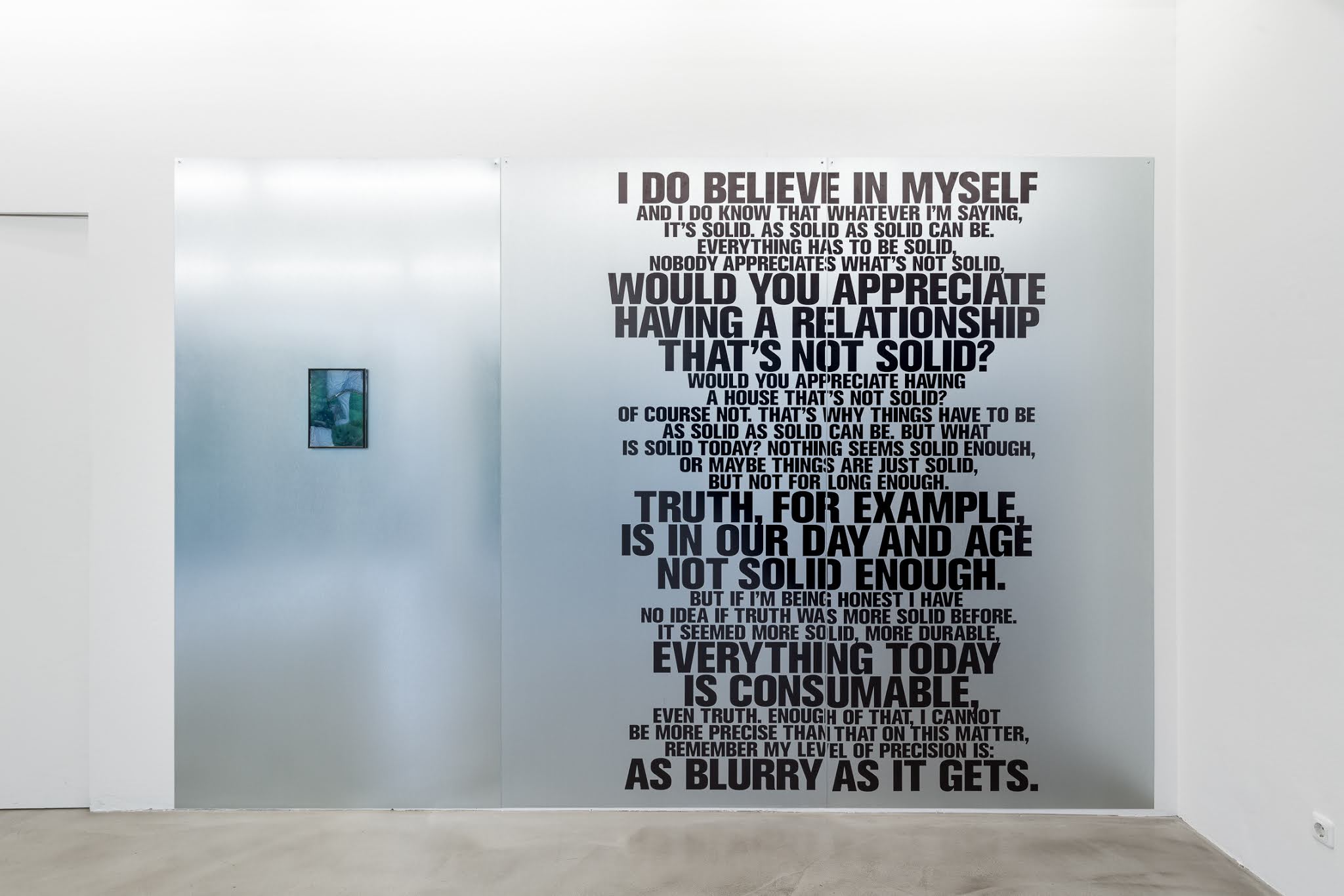 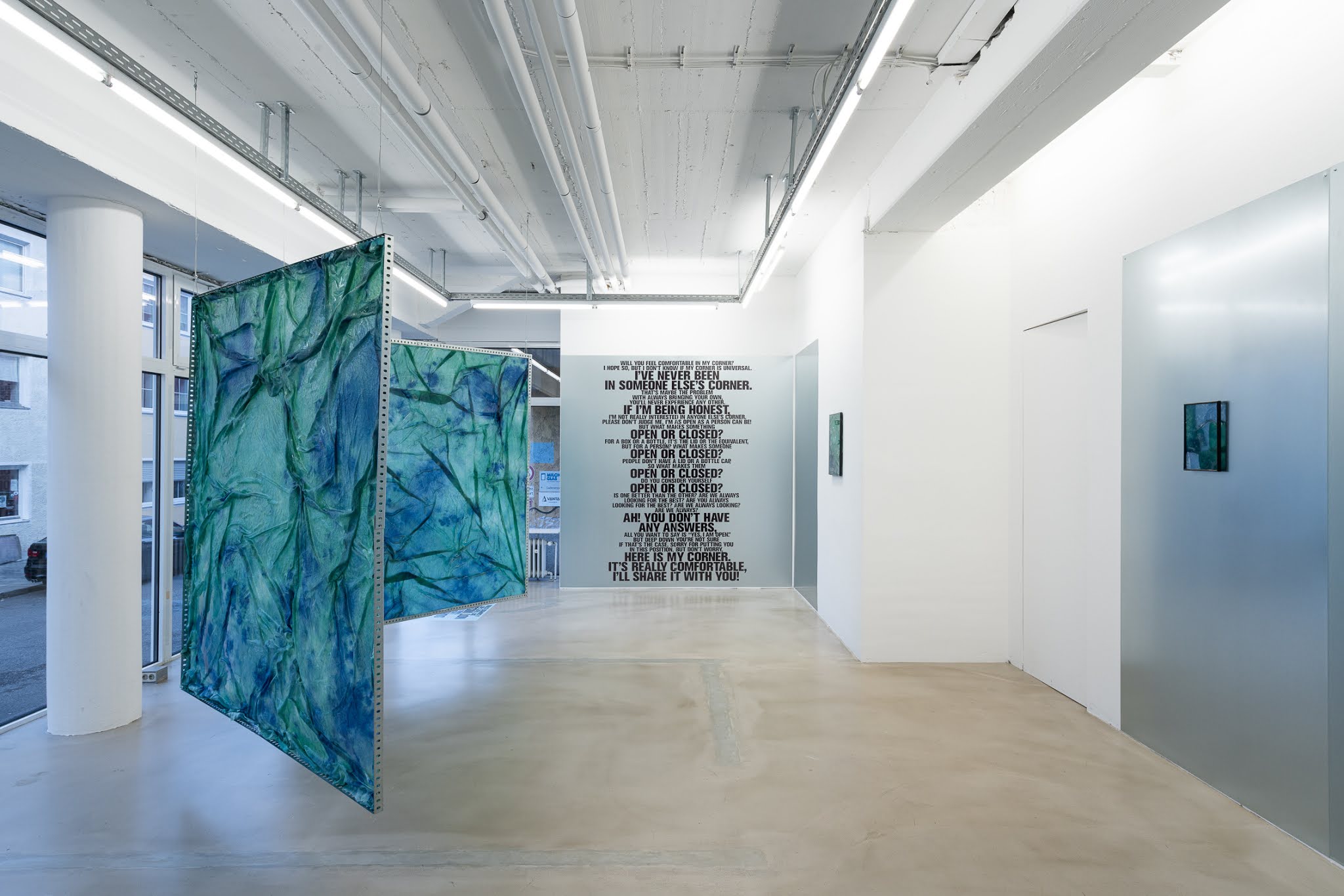 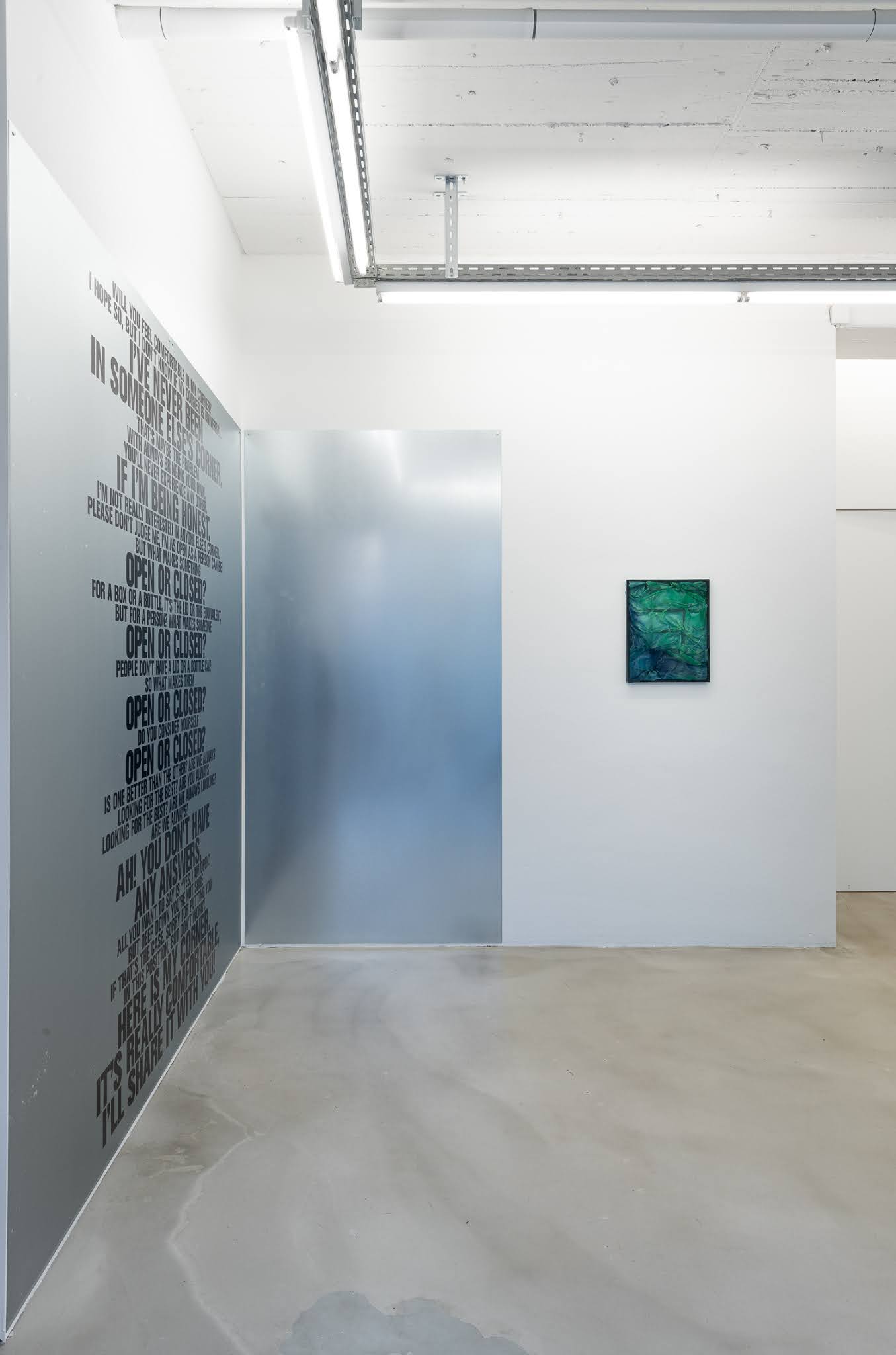 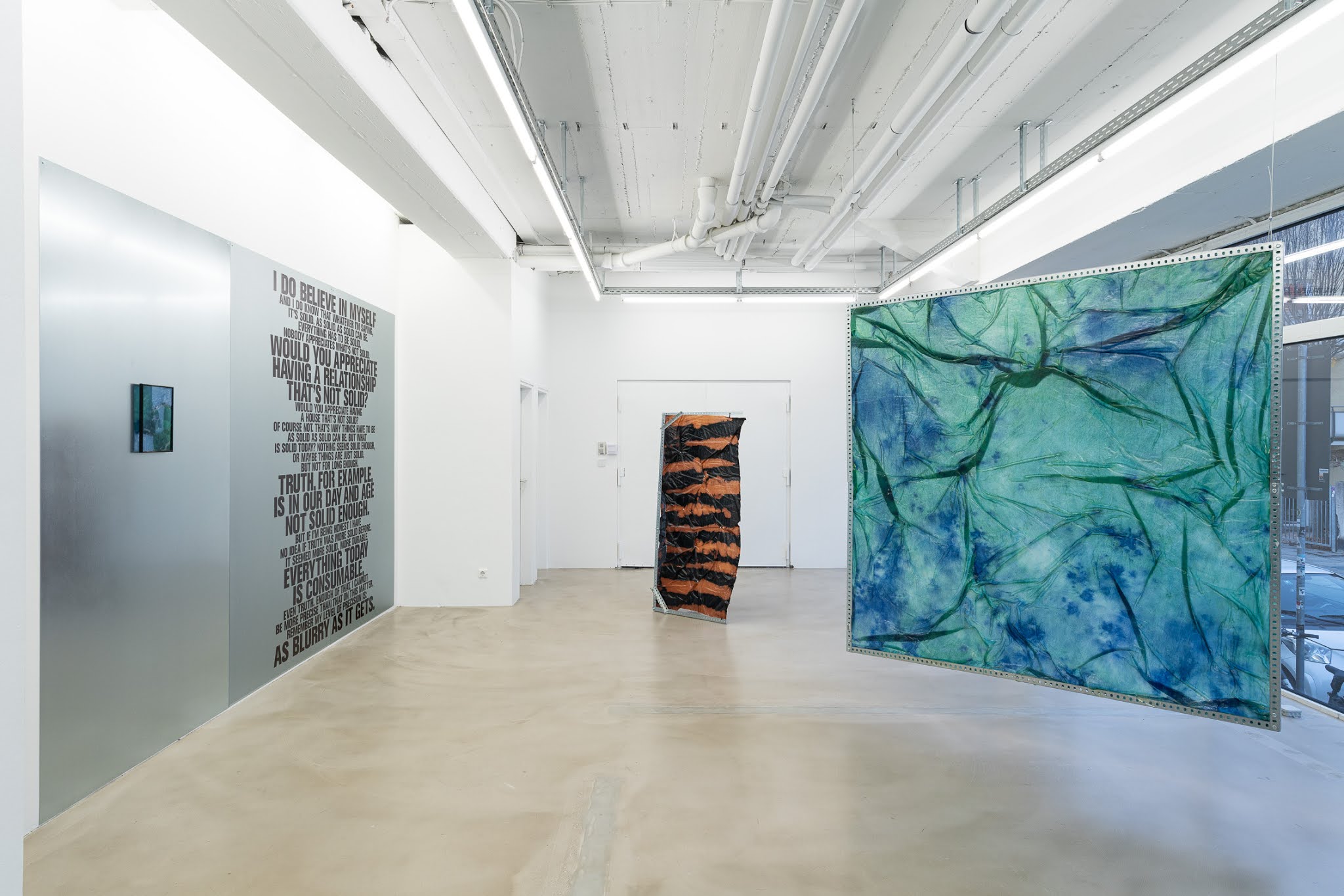 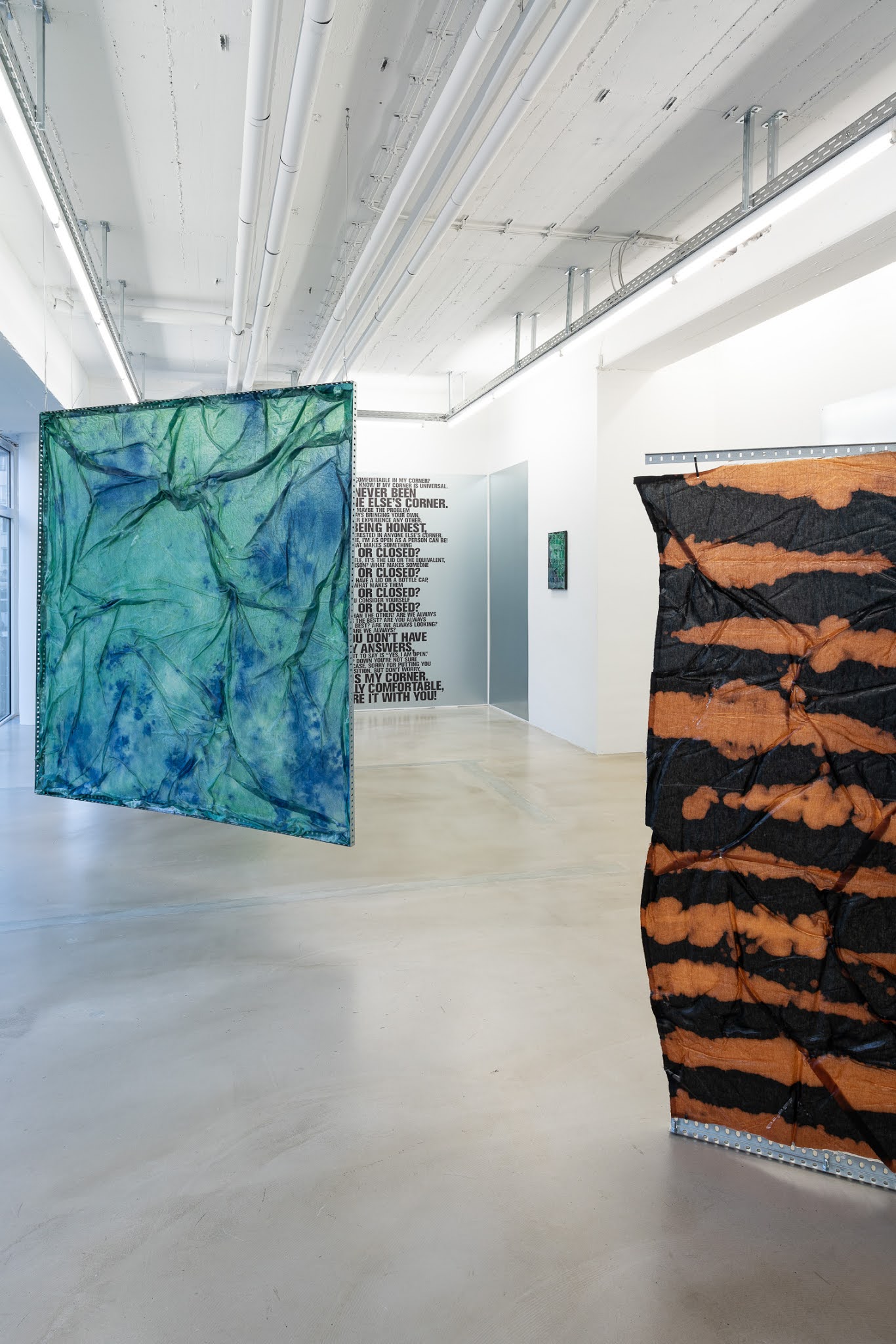 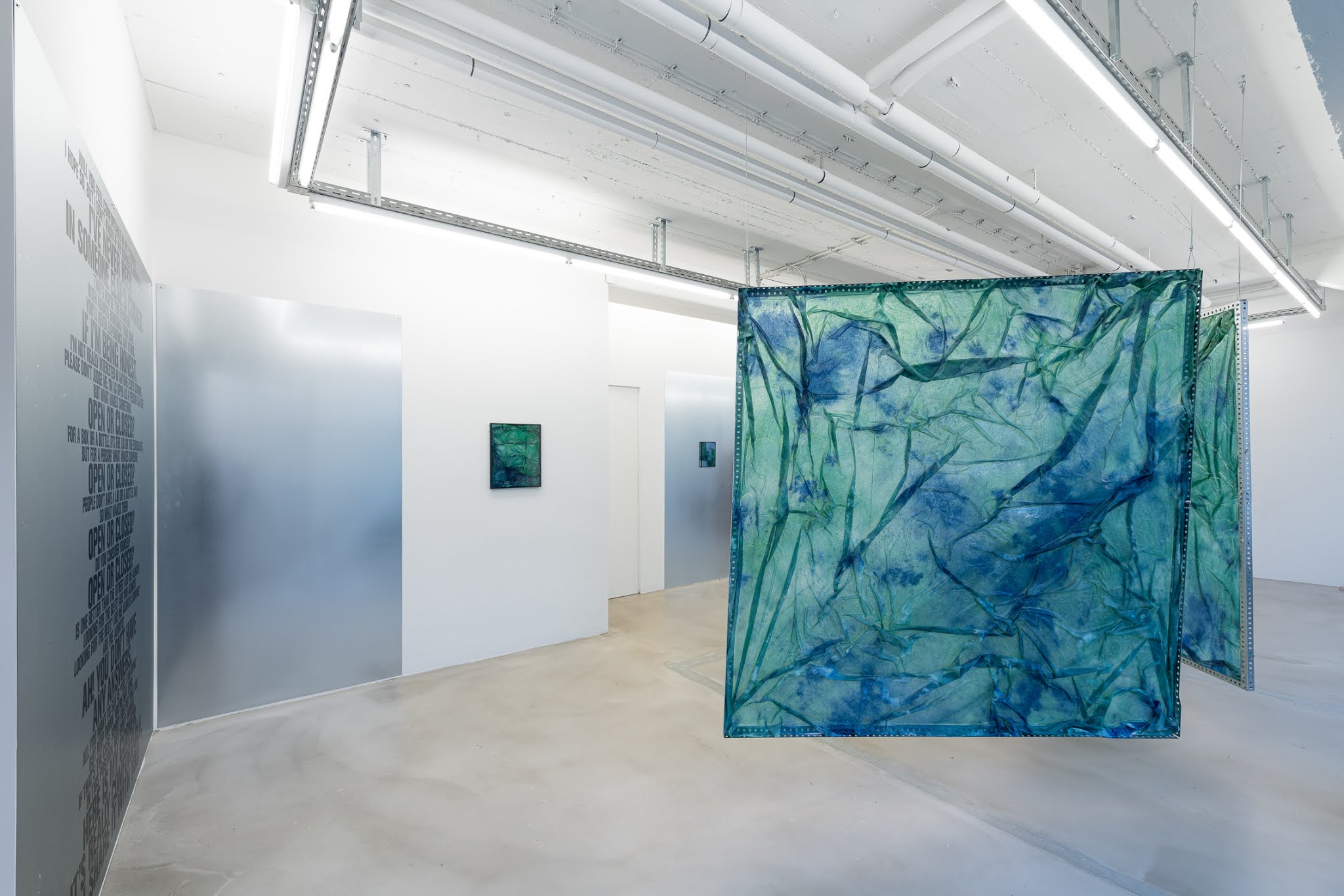 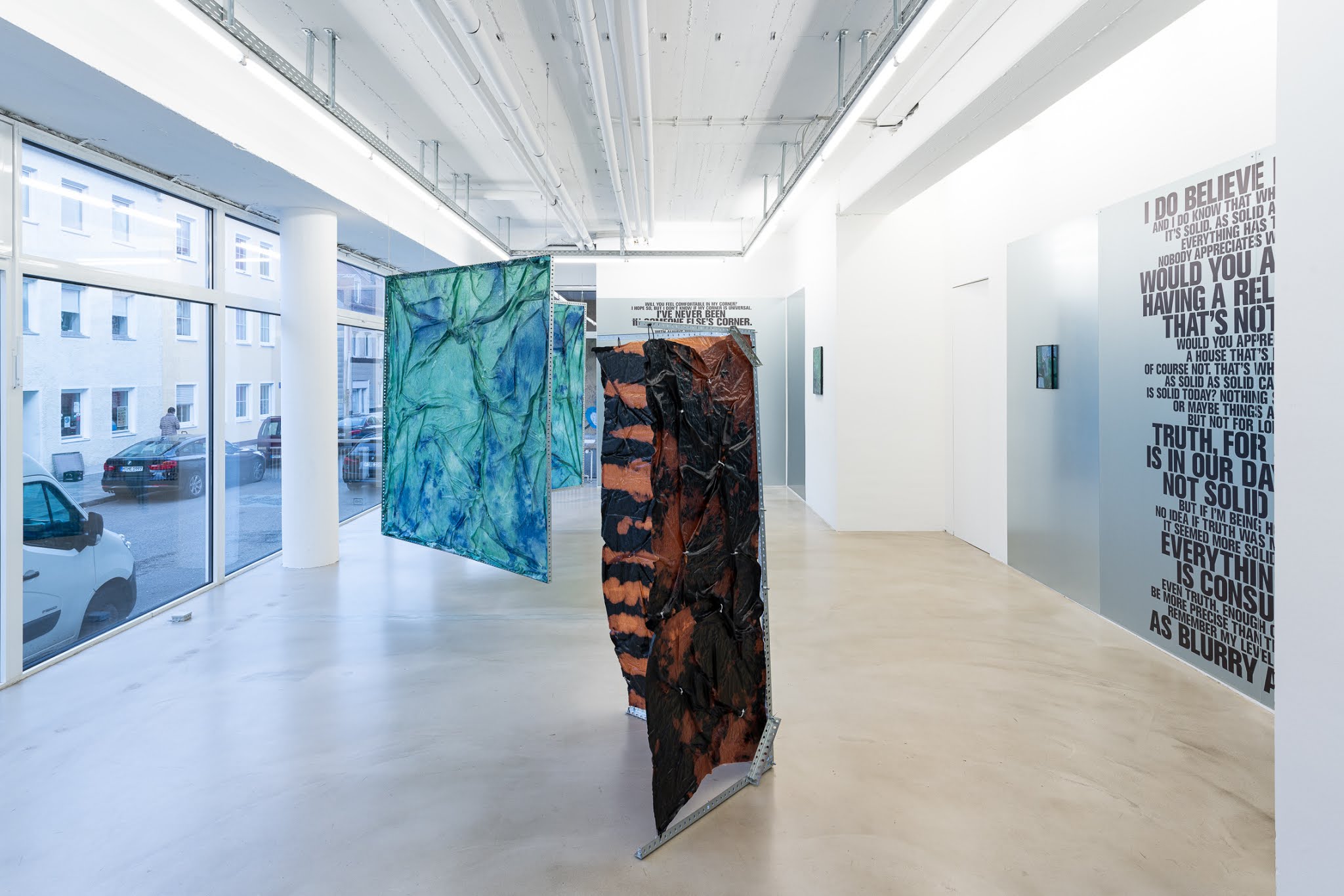 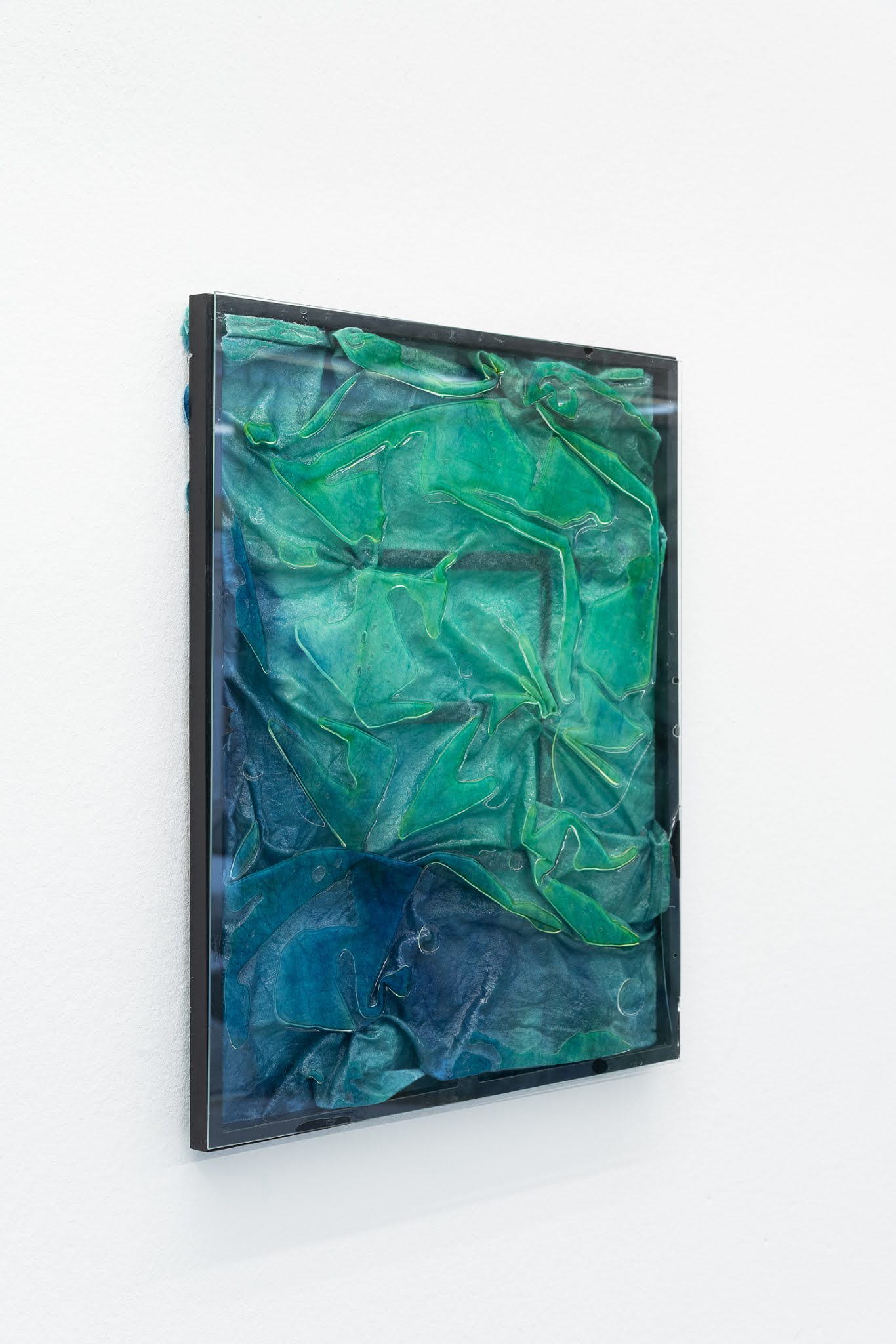 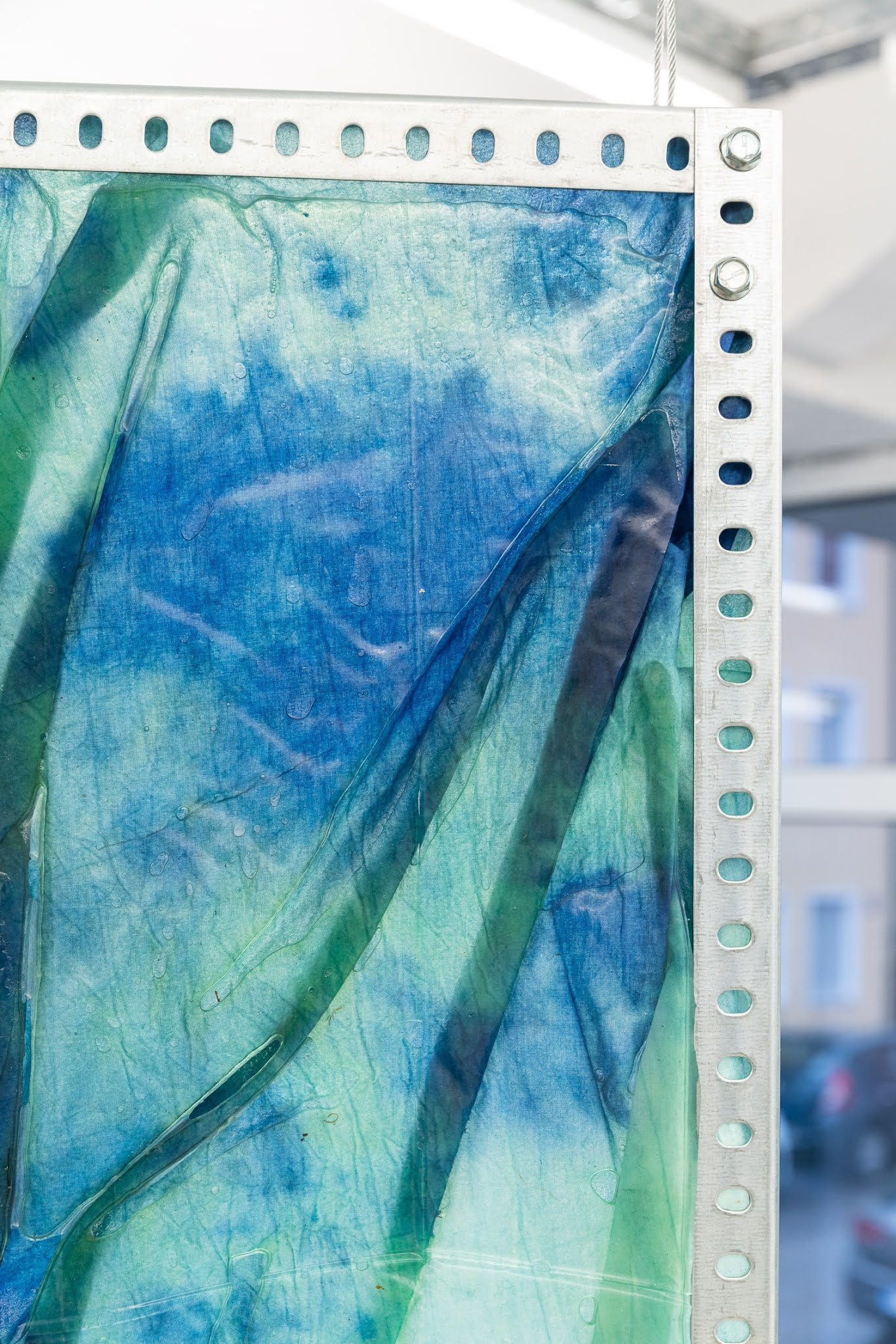 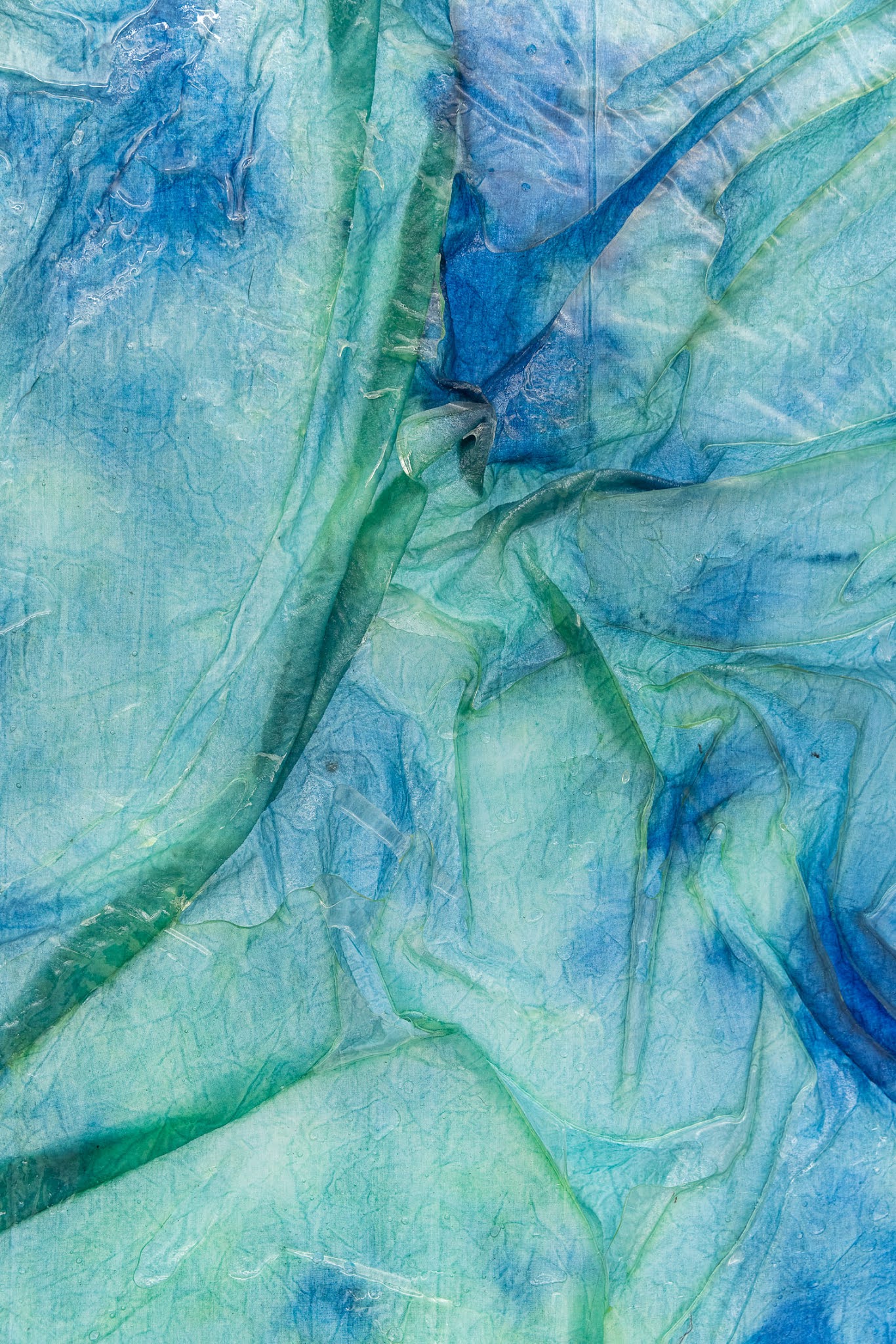 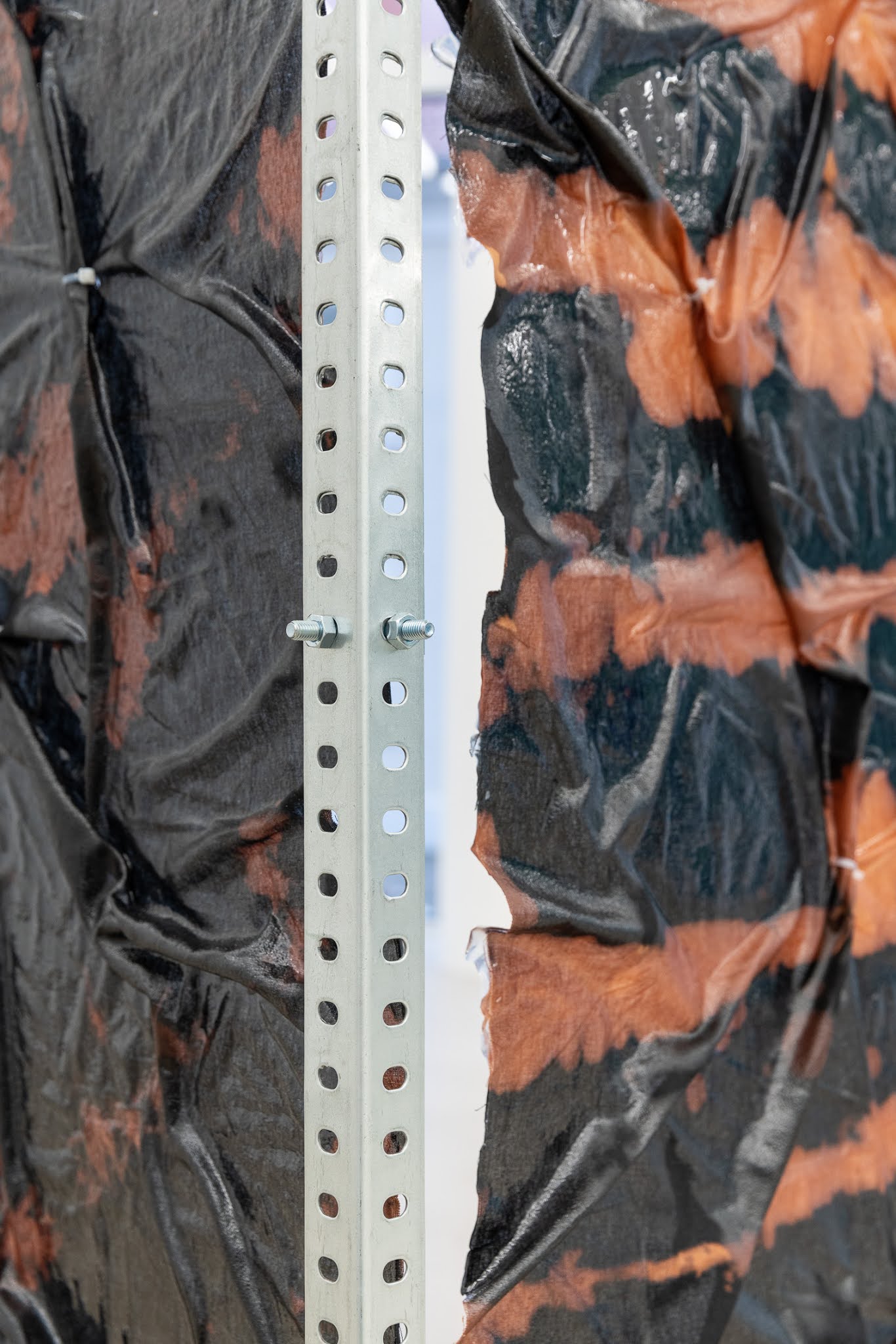 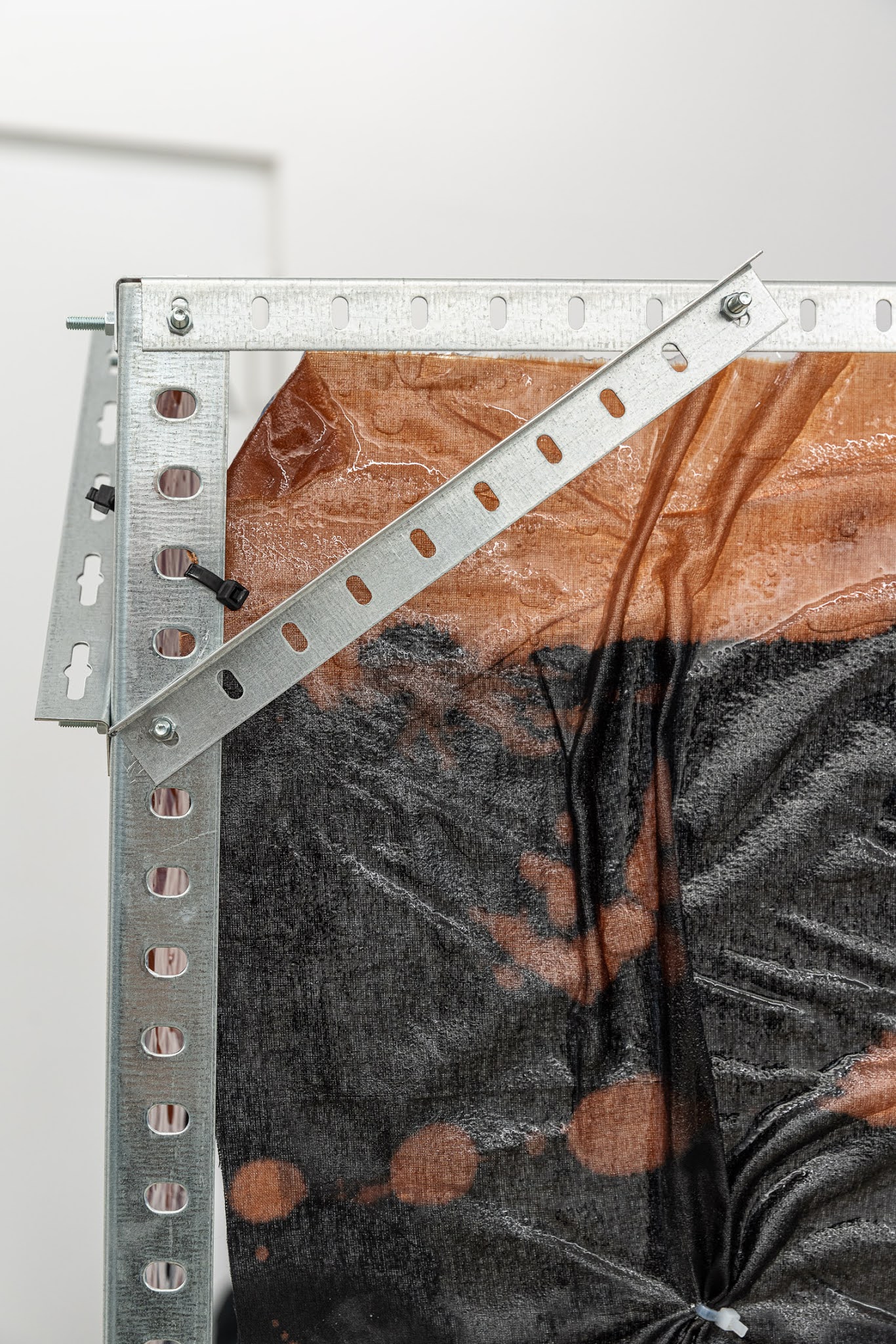 Ndayé told me a few things about this exhibition, whose title “TBH IF IT’S NOT ABOUT ME I’M NOT REALLY INTERESTED”, acts not only as provocation but as marketing strategy. In the history of messages written in bold capital letters, what is conveyed often enacts togetherness and solidarity (in one way or another). The display of a seemingly shameless egocentric statement (whose font only bolsters the boldness of it all) might throw off a few, but is soon enough owned by the reader (you), and make you ask:

(1) Yes, indeed, I’m never that interested if it’s not about me (self-reflection stage)

(2) No really, I’m not ONLY interested if it’s about me… (empathetic stage)

(Or at least those are questions I asked myself when I first read that title). Questions that speak to a certain audience here: one that attend contemporary art events, one that believes in the arts as a driving force for social change, one that enacts selflessness but is ultimately hungry for otherness. But also one that knows what “TBH” stands for (I remember I had to google it actually, a few years ago now, and I’m born in 1992, like him). Ultimately, Ndayé speaks to very few people when writing that down, but enough to make his point: universality might only happen with the acknowledgment of selfishness.

Delineating boundaries that connect is actually one strategy he often employs. If you were there for the opening of the exhibition “Sensational & Antigenerative Successions” (that I curated last year at Nir’s former space – shameless promo here too –), Ndayé performed a piece that very much provoked the audience again, starting with something along those lines “I don’t want to be here”, and then outlining (but not fully) a square on the floor, with some masking-tape: it was his personal space, a stage, and the indication that no one should come in. To me, an undirect response to one of William Pope.L’s statement (which is also a work): “Black People are Cropped”.

For “TBH IF IT’S NOT ABOUT ME I’M NOT REALLY INTERESTED”, Ndayé occupies corners. Corners he invites you to occupy with him. Straight away, when he mentioned to me his interest for “the” corner, I thought of Kippenberger’s Martin, Into the Corner, You Should be Ashamed of Yourself (also from 1992). Yes, the corner can be that private space where one find peace and recentre (which I find fun since corners are not central), but it’s also tied to punishment and shame.

Actually Ndayé asked this question for a previous solo exhibition, linked to this one: “Will You Feel Comfortable in My Corner?” (Ariel Feminisms, Copenhaguen, 2019). Much more inviting as a title, yes, but also ambiguous as to why you wouldn’t feel comfortable there. To me, Ndayé’s corners are maybe places where feelings can unleash. Where one could cry while hiding. Revisiting some of Barbara Kruger’s works as I was thinking of the use of bold font in contemporary arts, I stumbled upon Who Will Write the History of Tears? (1987).

It’s also that Ndayé’s textile works seem wet, they’re always drying. In their abstraction, they convey many emotions, you could see them like giant handkerchiefs somehow, or maybe, the works themselves are tearful. Because, maybe, at the end, it’s no longer about them either (cf. Sam Gilliam, Corner, 1967).