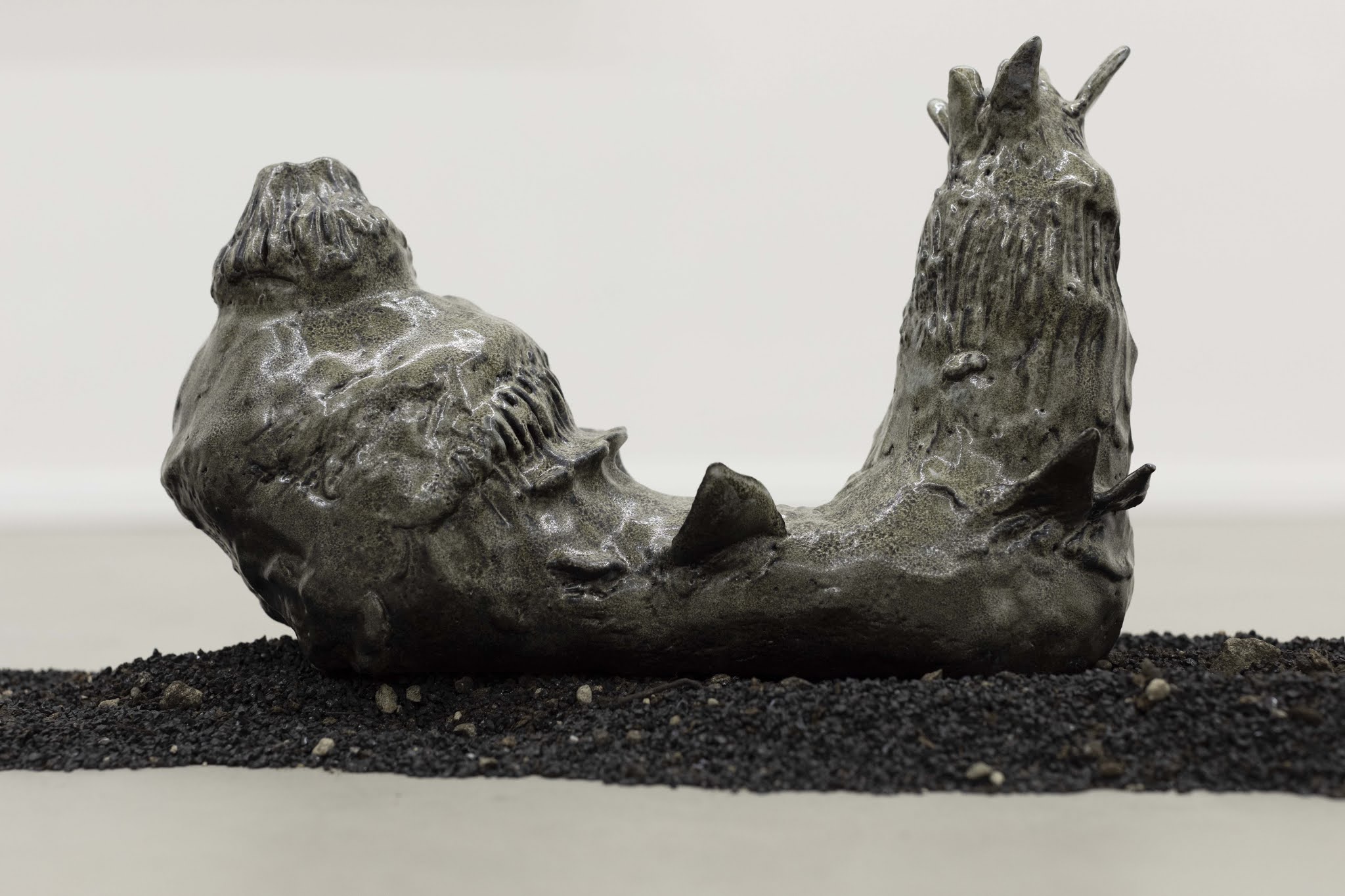 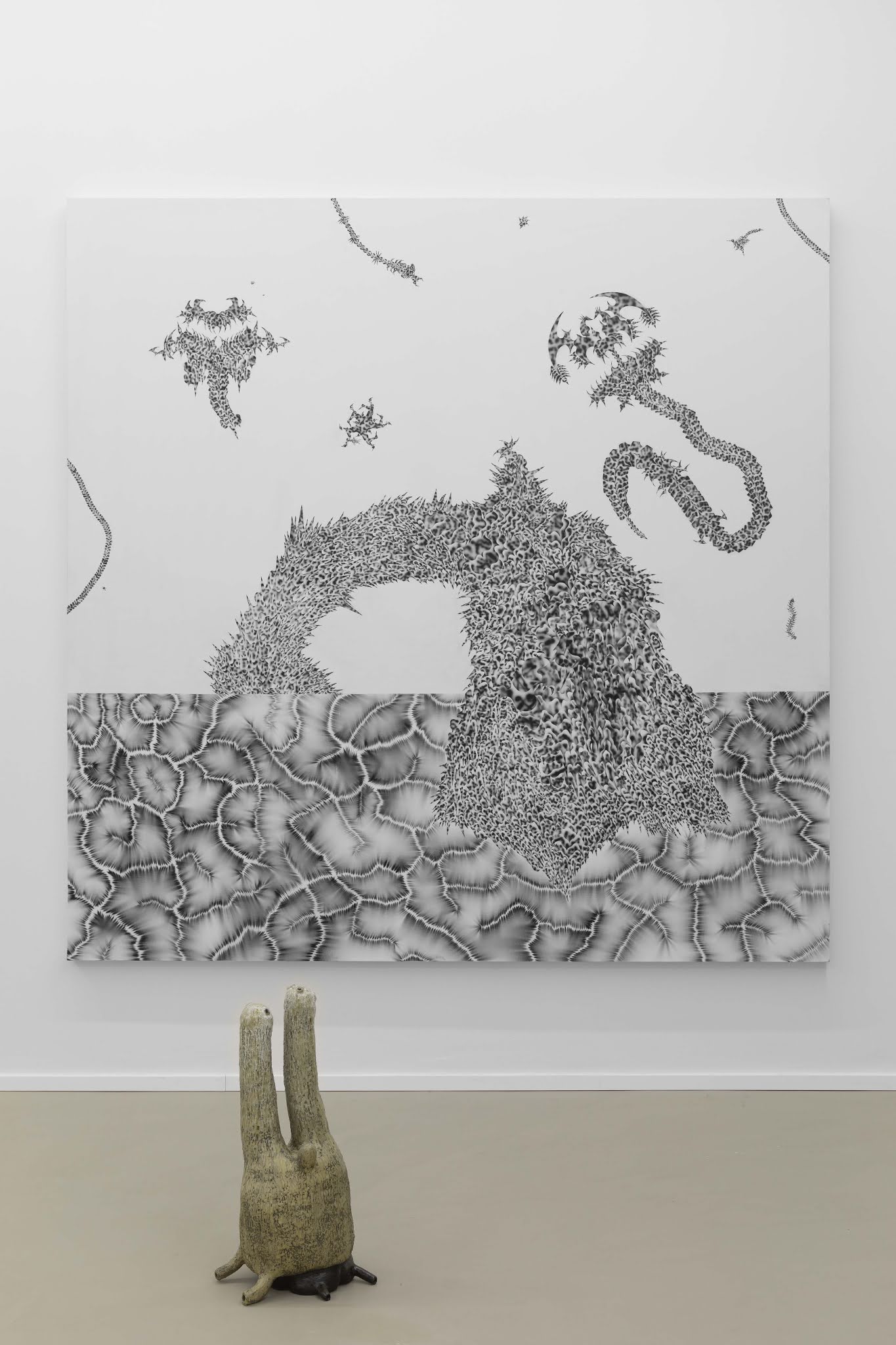 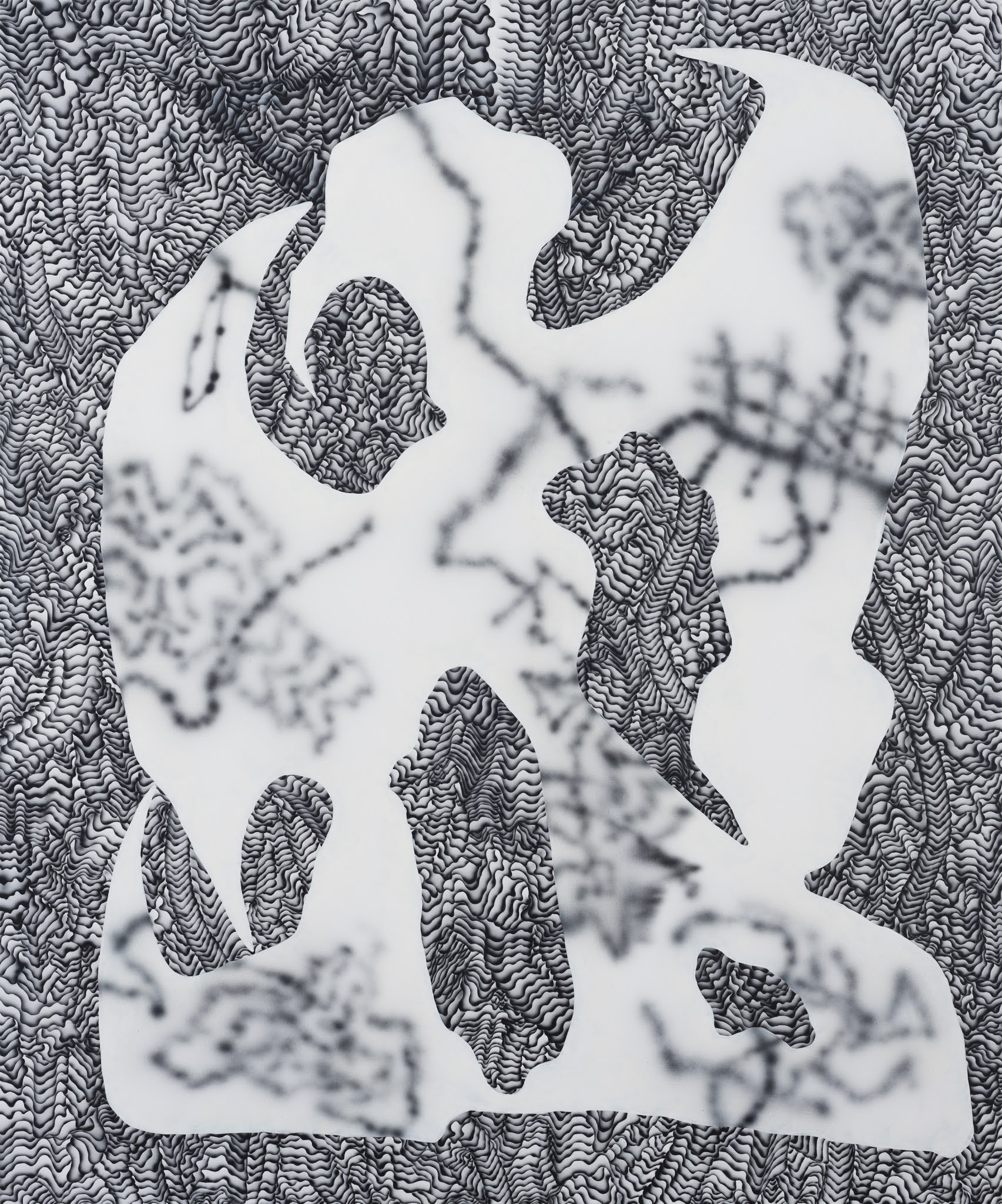 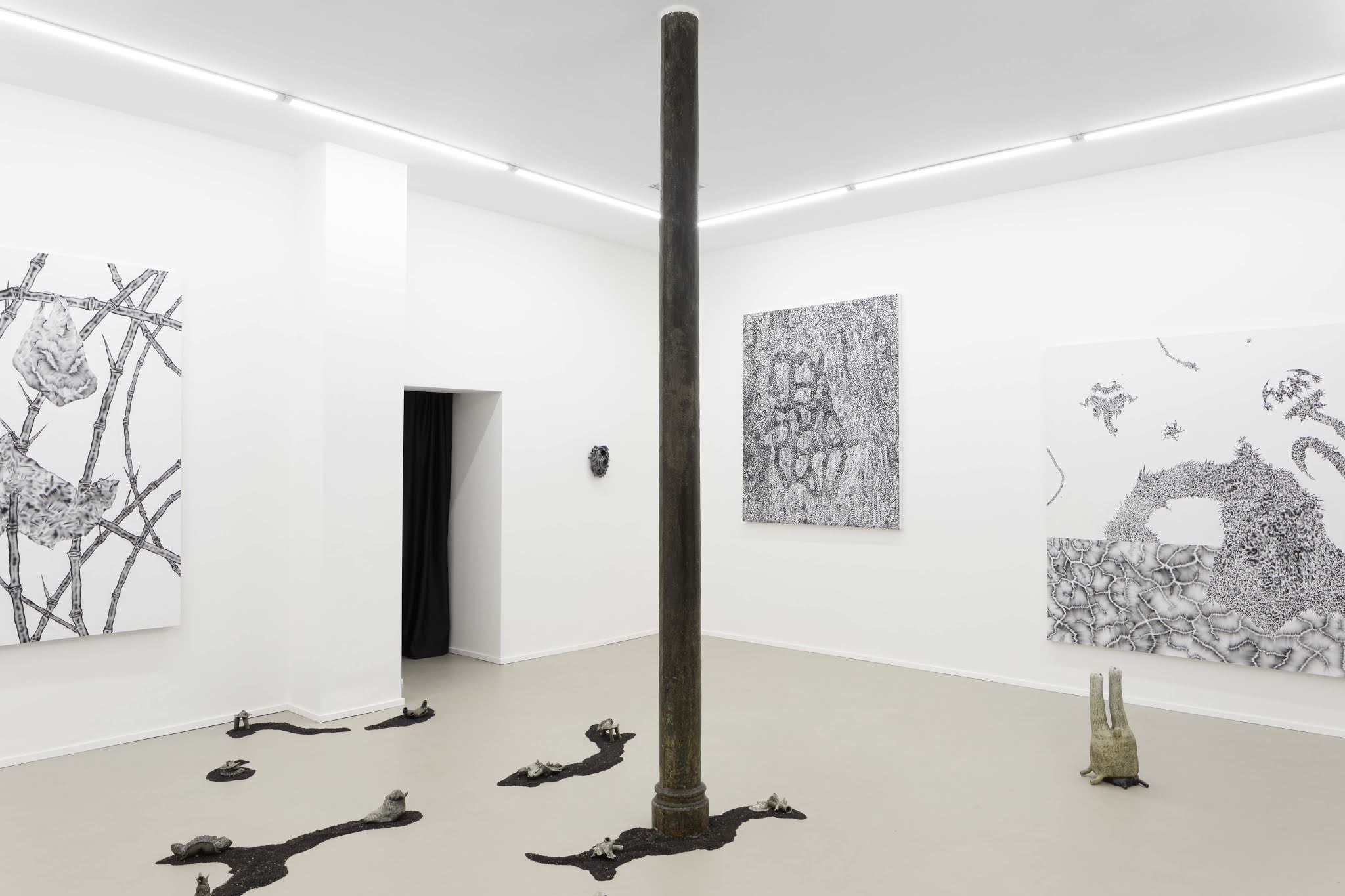 They are microscopic in size and invisible yet they possess a great power. They are always at work, acting discreetly in the shadows while forging unbreakable bonds and shaping all living beings. You will not see them, but they are everywhere. From cradle to grave, they are our fellow travellers. They might terrify us as we mostly know them for their destructive power of transmitting diseases, yet they are our allies having protective potential, too. Bacteria and fungi, these ancestral creatures constitute the kingdom of microbiota to which we owe our life. They are little yet crucial beings determining what happens to the cycle of all matter. They live within our bodies, educating our immune system and helping us with the nutrient absorption. They regulate entire ecosystems and create symbiosis with all living beings on the Earth.
The exhibition ‘Holobiont Rhapsody’ by Stach Szumski and Francesco Pacelli reflects upon this complex web of relationships between u and those who came here before us – the microbiomes. The exhibition title suggests this endless network of symbiotic interactions that links us - the individuals in its entirety. A term ‘holobiont’, coined by the American evolutionary theorist Lynn Margulis in the early 1990s, indicates a ‘host’ organism and the associated communities of microorganisms that live in symbiosis with it.
The four immense paintings by Stach Szumski and sculptures by Francesco Pacelli, which are literally springing up from the pavement of the gallery, will infest the sterility of our white cube, bringing closer to us these infamous troublemakers co-habiting our bodies and contributing to our life more than one could imagine. This time, let us fantasize about them as allies and not enemies.


Text by Claudia Contu
What can we learn from bacteria and other microorganisms that live on our phones, or from the mushrooms lingering between the moss and lichens in our forests? Let us journey beyond our all-too-human world, made up of capitalist cycles of production and consumption, where people’s identities are bound to their Amazon carts and social media profiles. Let us wander to the close world of animals, bacteria and microbiomes — a world situated right in front of our eyes and yet often overlook. The exhibition space of eastcontemporary, temporarily closed due to current COVID-19 regulations, becomes a peephole that we can gaze through in an attempt to magnify the shape of our microscopic neighbours through the works of Polish artist Stach Szumski (b.1992, Gdansk) and the Italian Francesco Pacelli (b.1988, Perugia). The four acrylic paintings by Stach presented at eastcontemporary hold a direct link to the microscopic. The canvasses titled The Issue of Office Bacteria are inspired by the clash of spasmodic cleanliness in office environments and the vitality of microscopic life forms contained within. When looking at them, we are surprised by the powerful monochrome images, looking extremely familiar and alien at once. They seem to be frightening at first, but they are certainly not threatening. Exhibiting Stach’s work on bacteria is ironic at the very least, given the current health situation. Yet, by looking at the majestic pieces, we might be inspired to step away from the aspect of fear that the spikes depicted and the words ‘bacteria’ or ‘virus’ now evoke. It might be worth asking, instead, what we have gained from the virus and the deceleration occurred through lockdown. How did we change in response to this new rhythm? I think the bacteria on our skin have felt this deceleration too. Similarly, to bacteria, mushrooms and lichens live next to one another in symbiosis — helping one another to thrive together. Their connections create networks that are invisible to the human eye but make their colonies organised and in constant communication. Francesco’s work aims at giving an aesthetic form to this natural entanglement. More so, his sculptures, which look extremely abstract at a first glance, hint at the organic structures that, with their shapes, curves, thorns, make us wonder what the microscopic world in a forest might be like or feel like if our human senses could tackle it. The soil is the epidermis of the Earth. It is crossed by nerves, pores, fluids. It is the matter through which mushrooms communicate with one another and sense each human that steps on it. This earthly radio system draws abstract lines that Francesco aims to synthesize through sculpting, holding matter, pushing matter, leaving traces. Who knows, perhaps one day he will be able to speak the language of lichens and mushrooms.
Claudia Contu
Tags Daily Lazy Exhibition., eastcontemporary, Milan