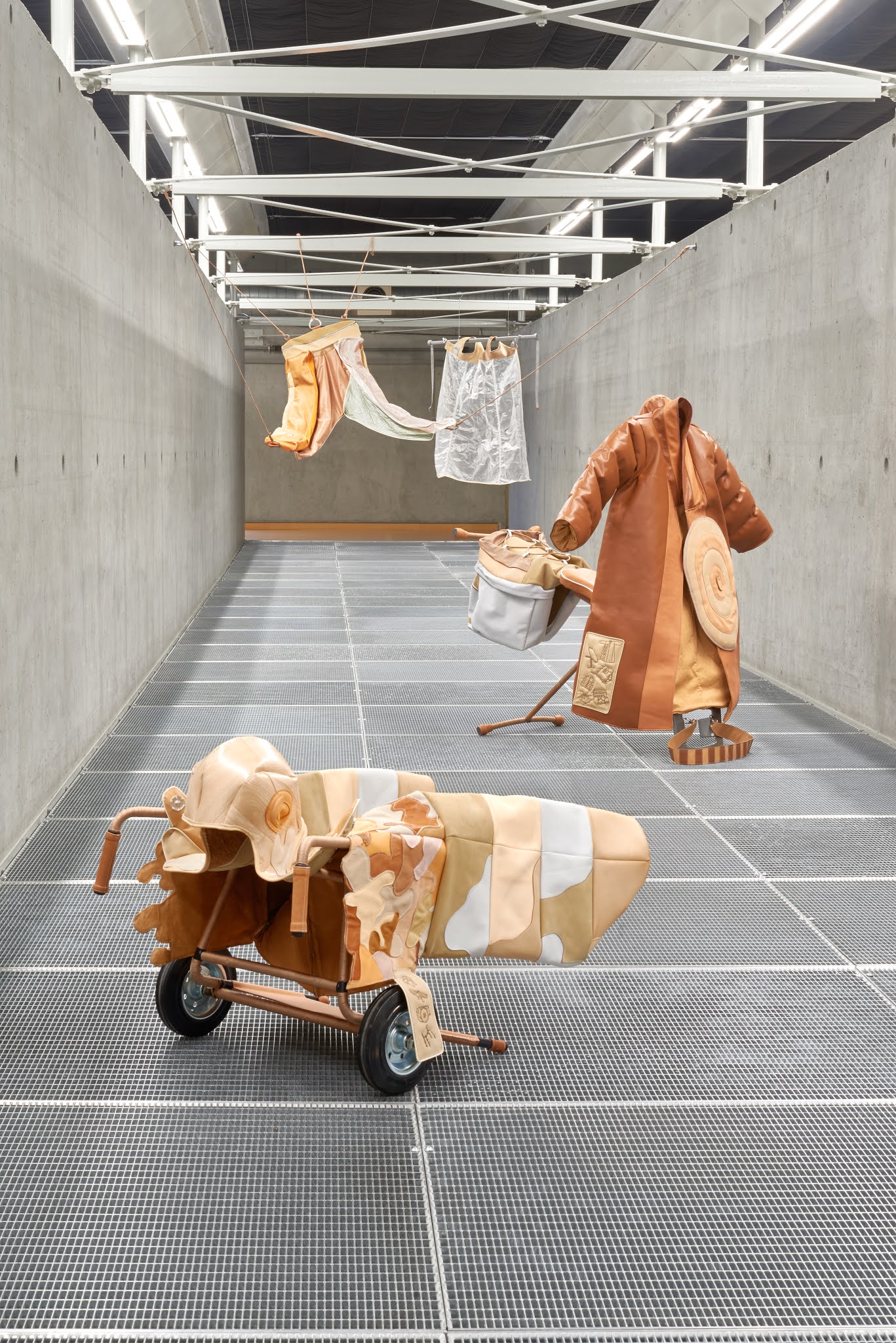 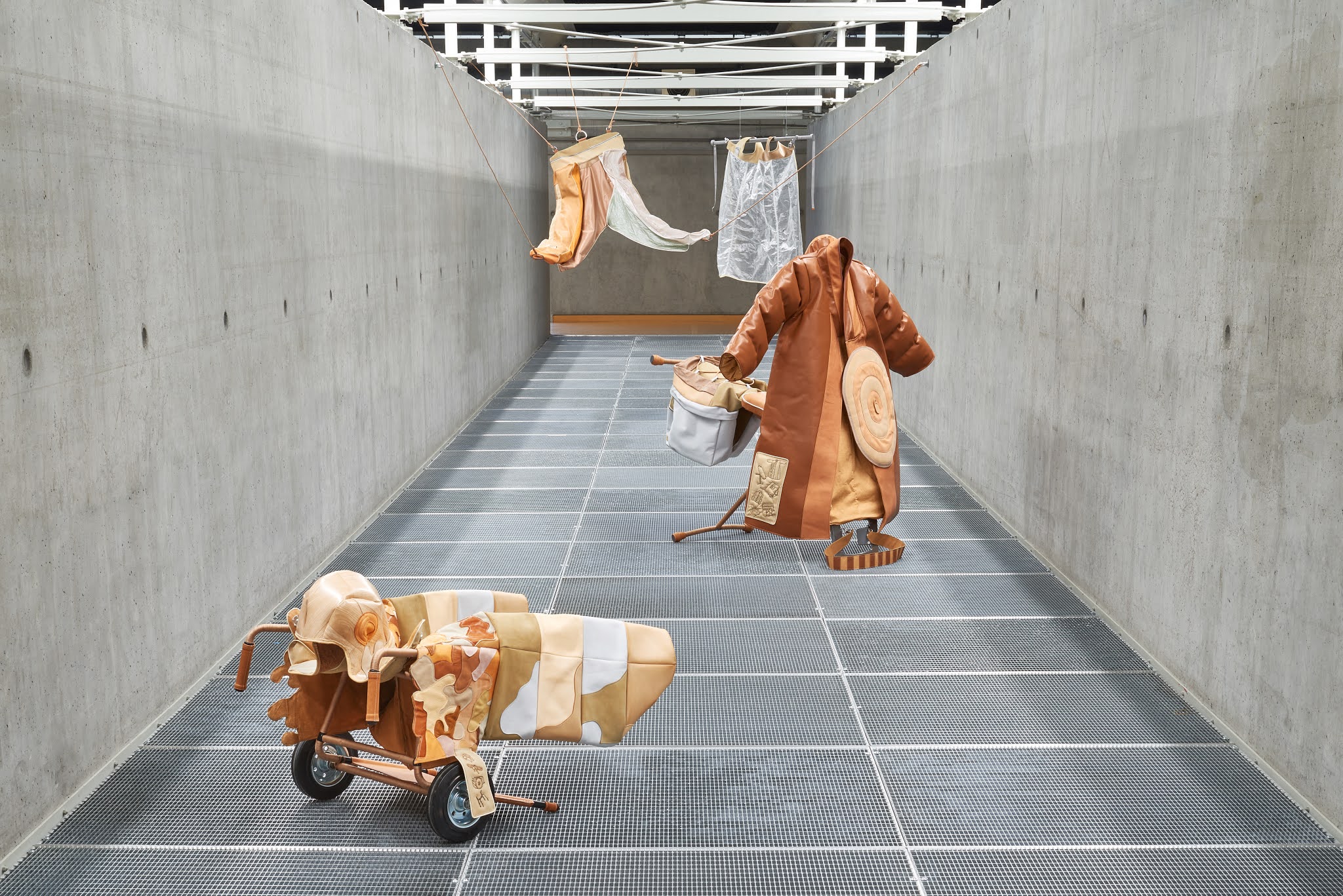 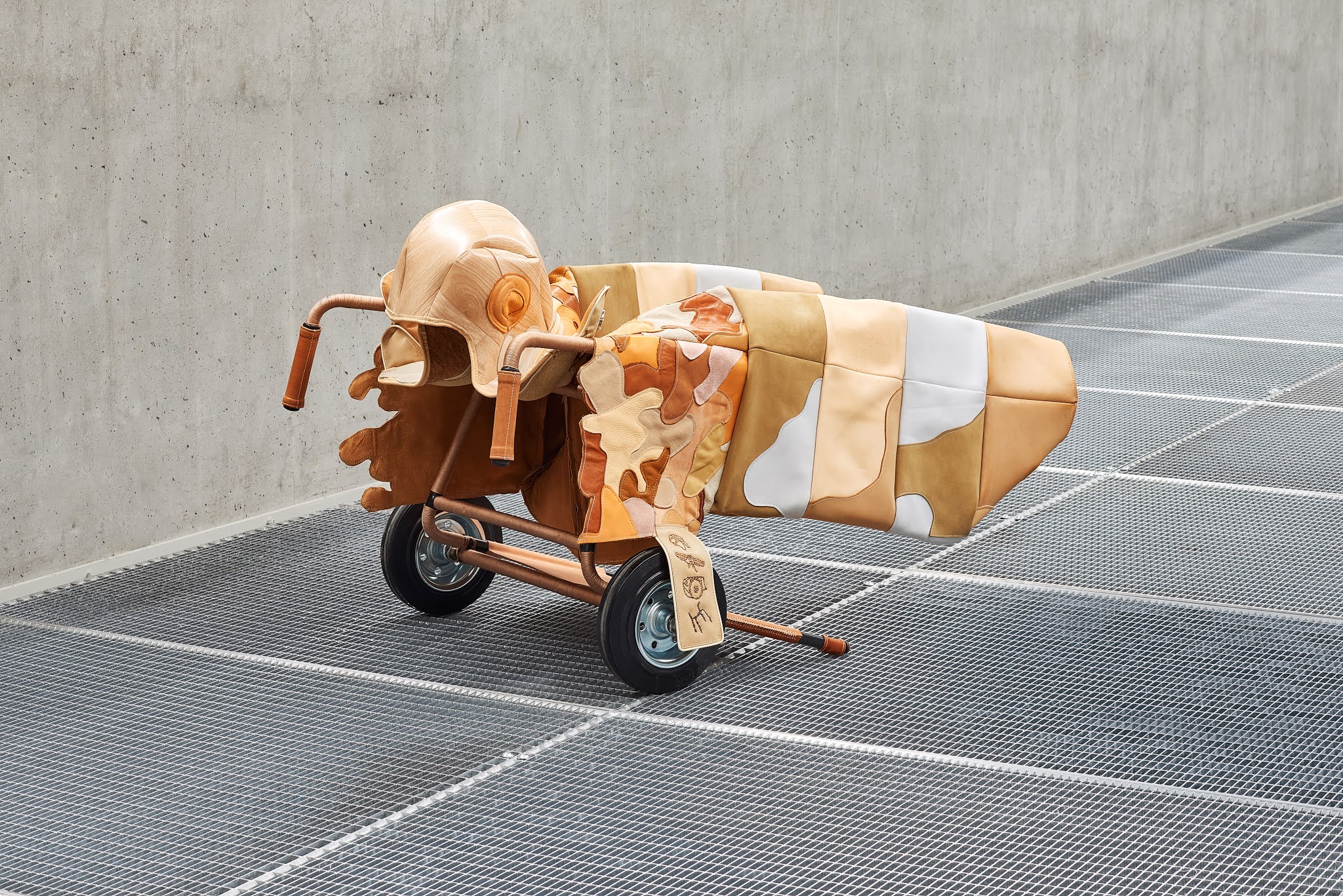 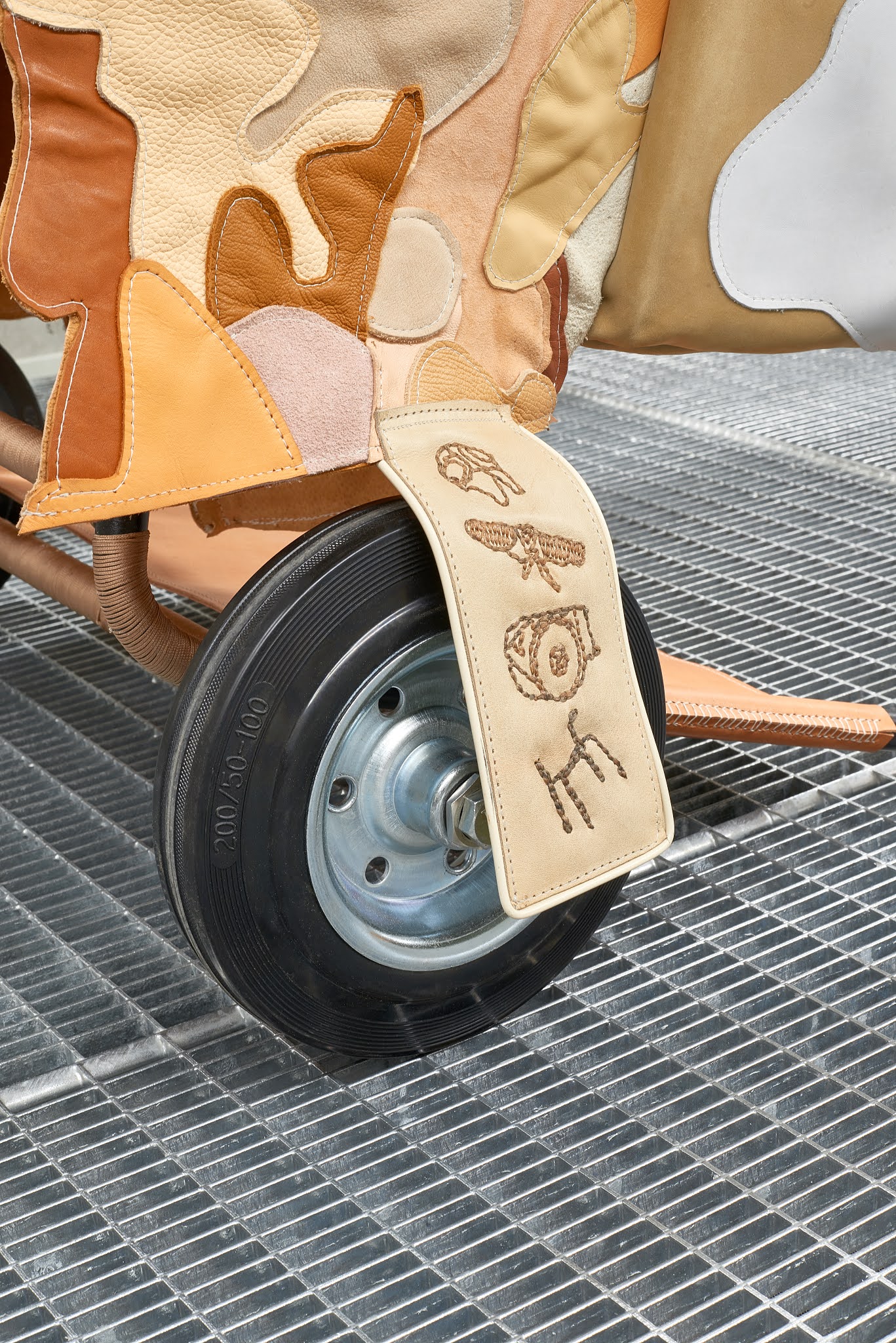 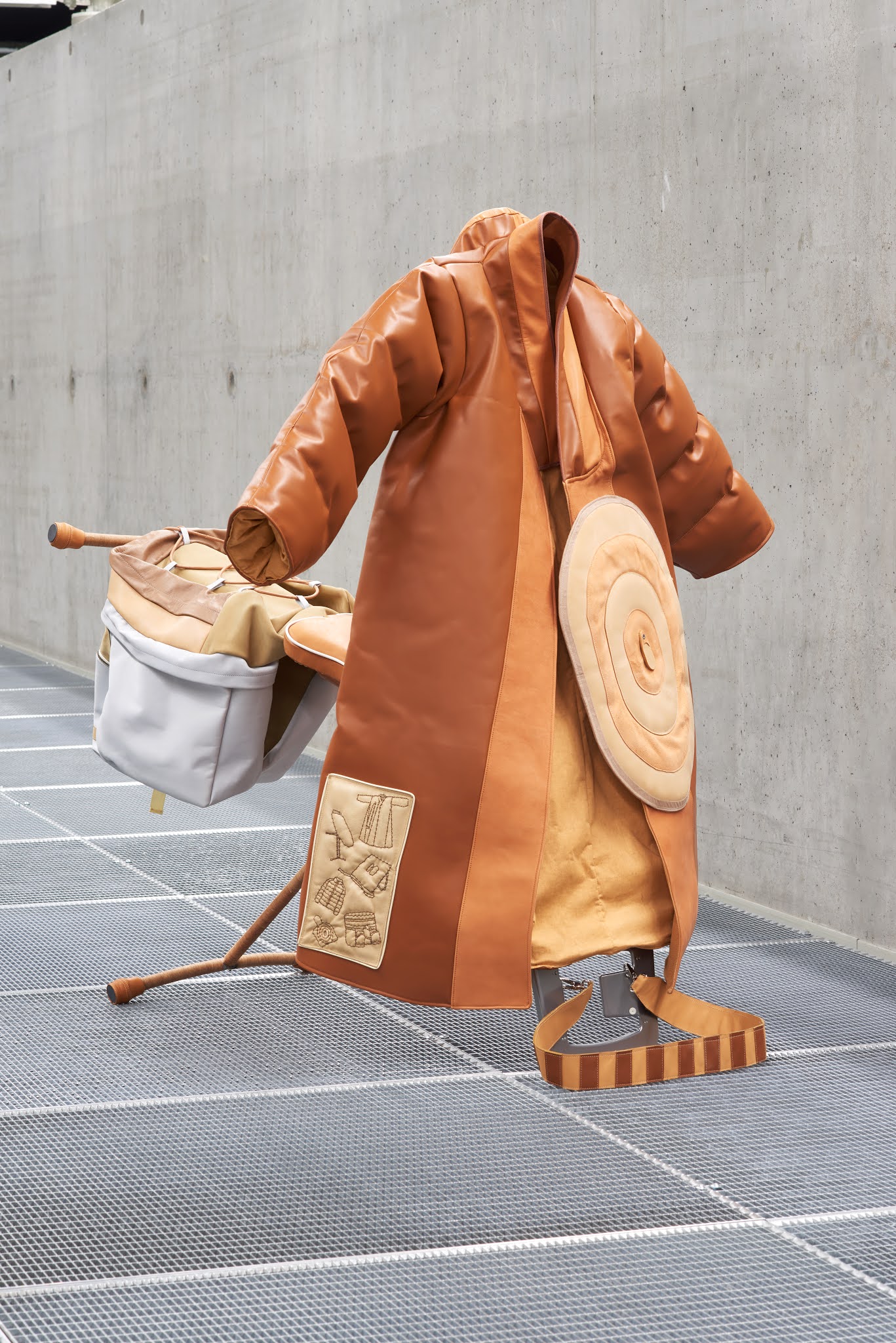 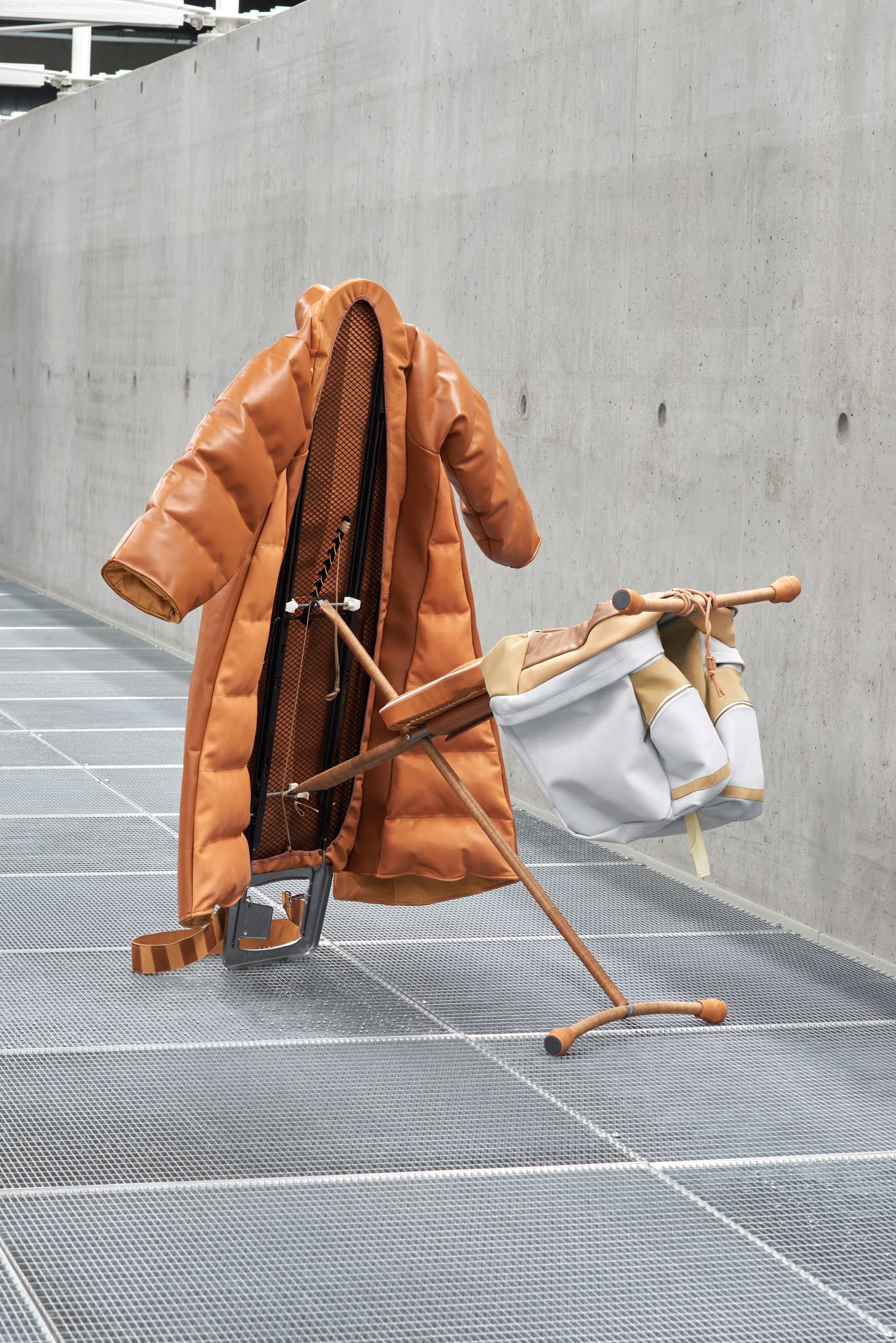 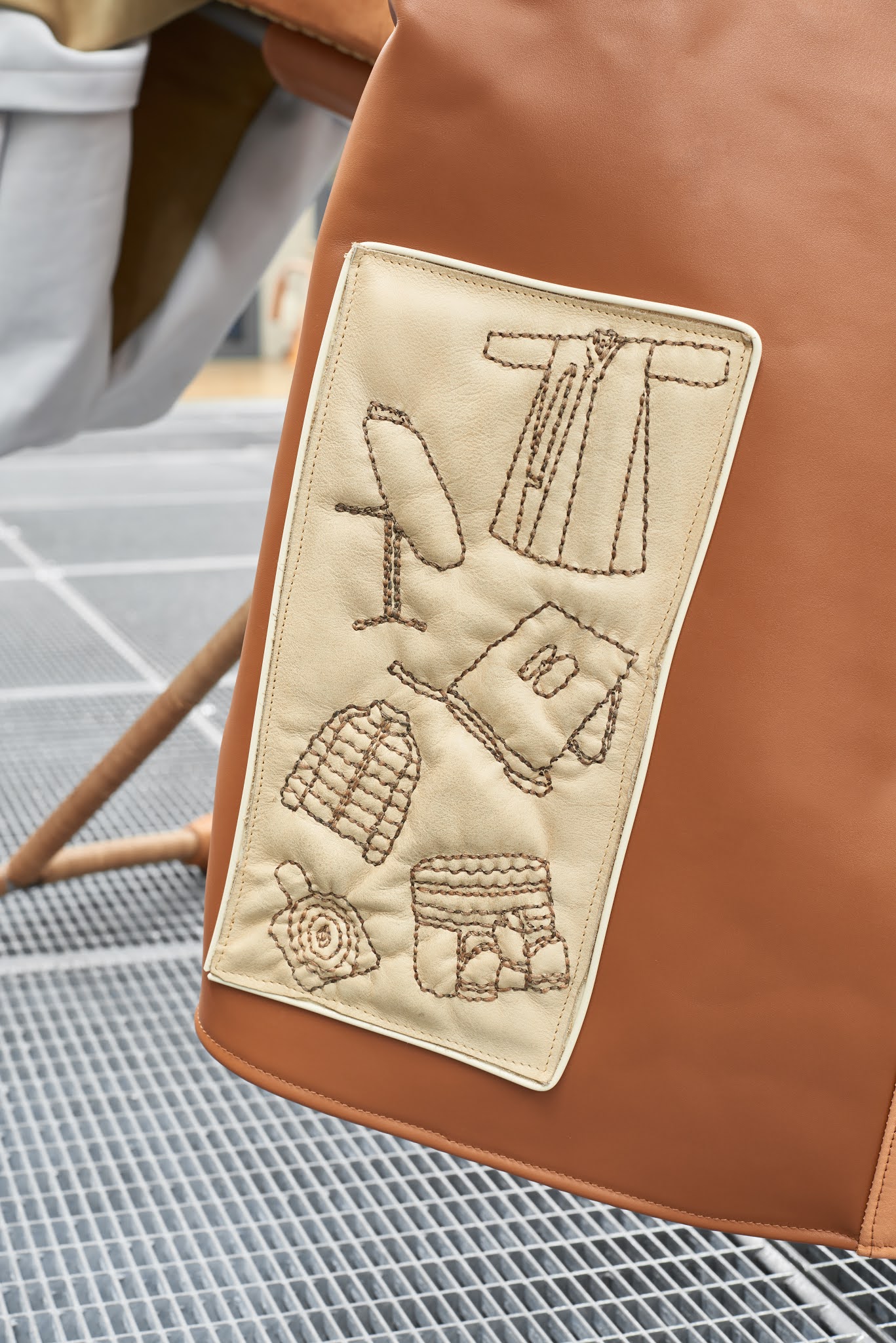 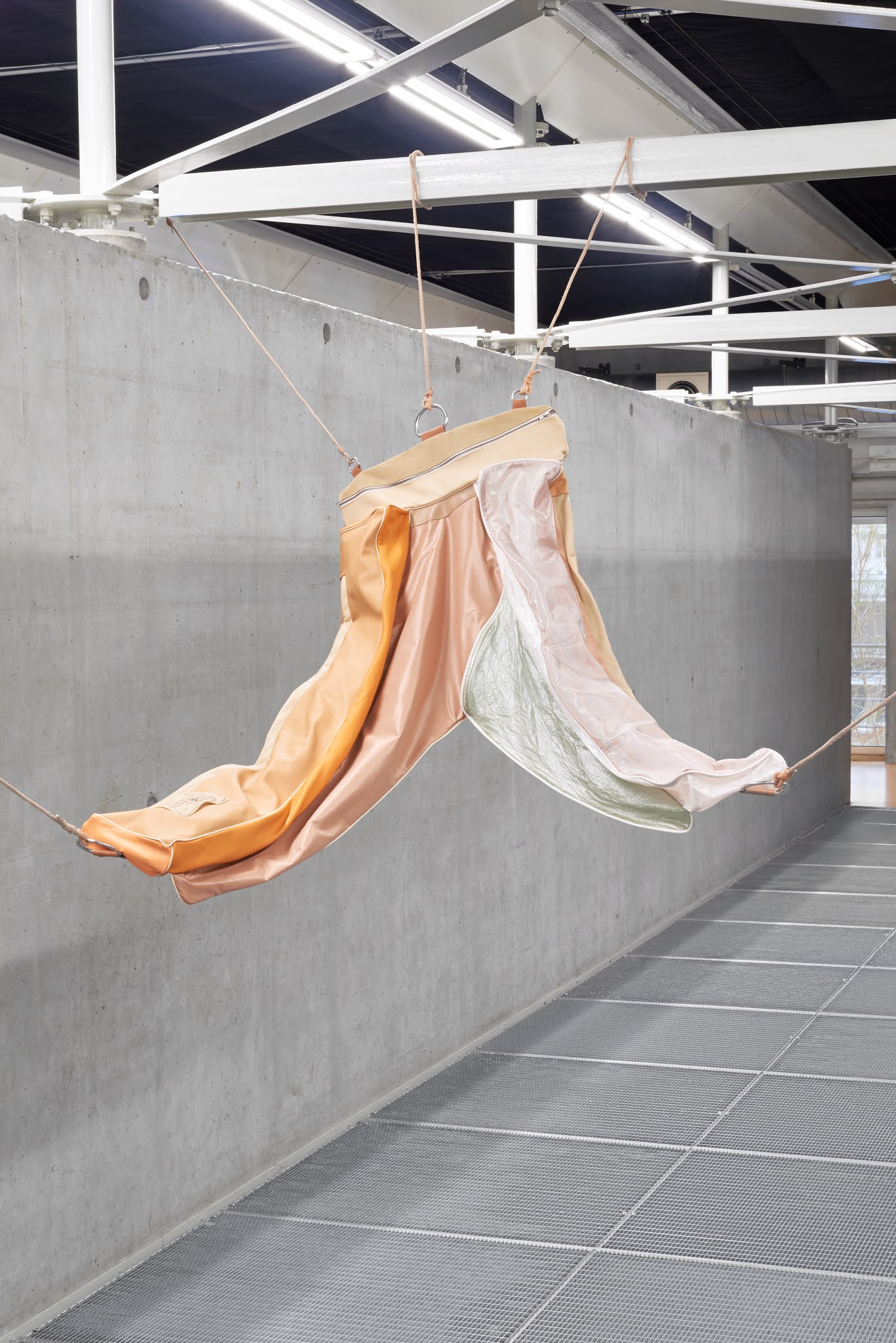 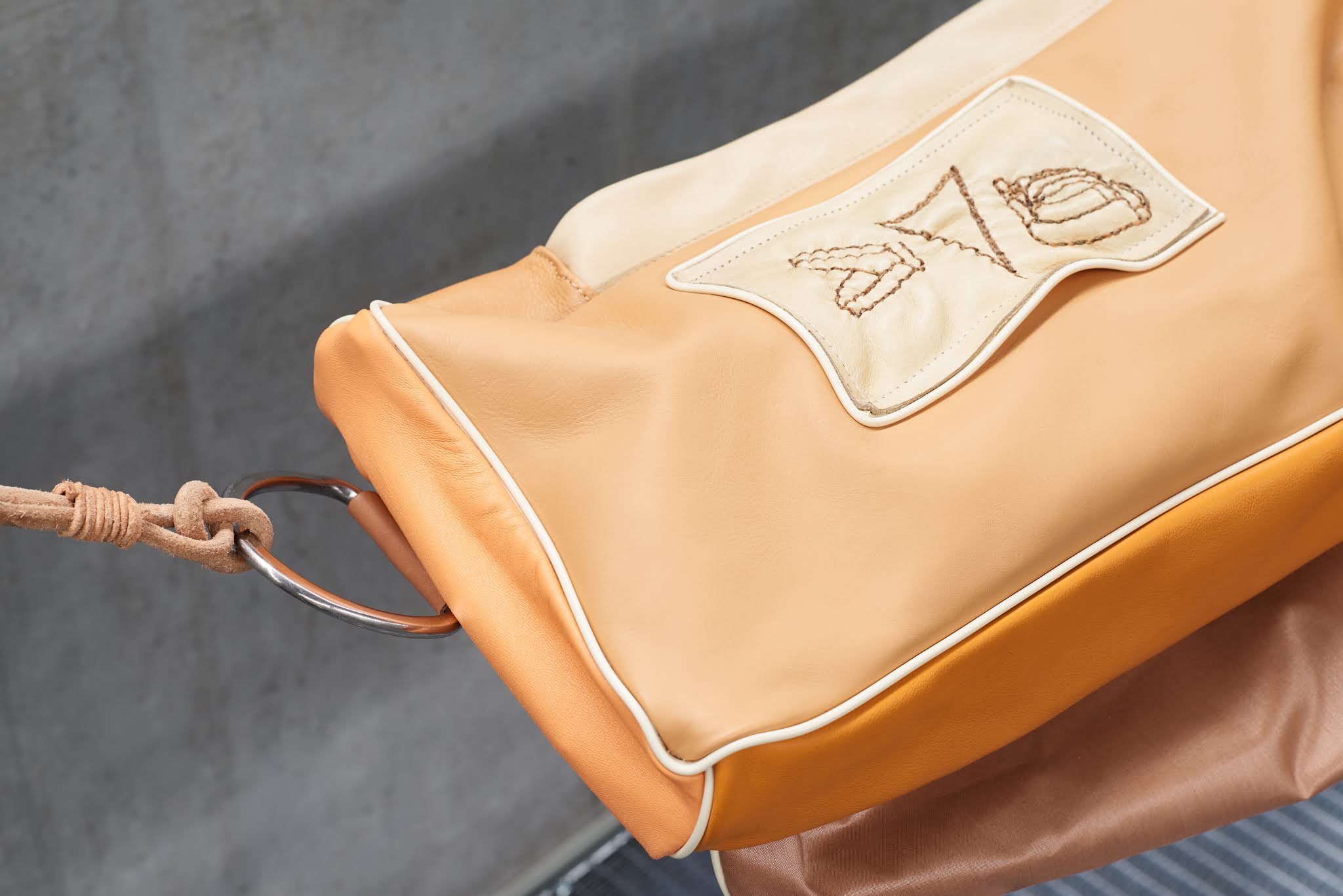 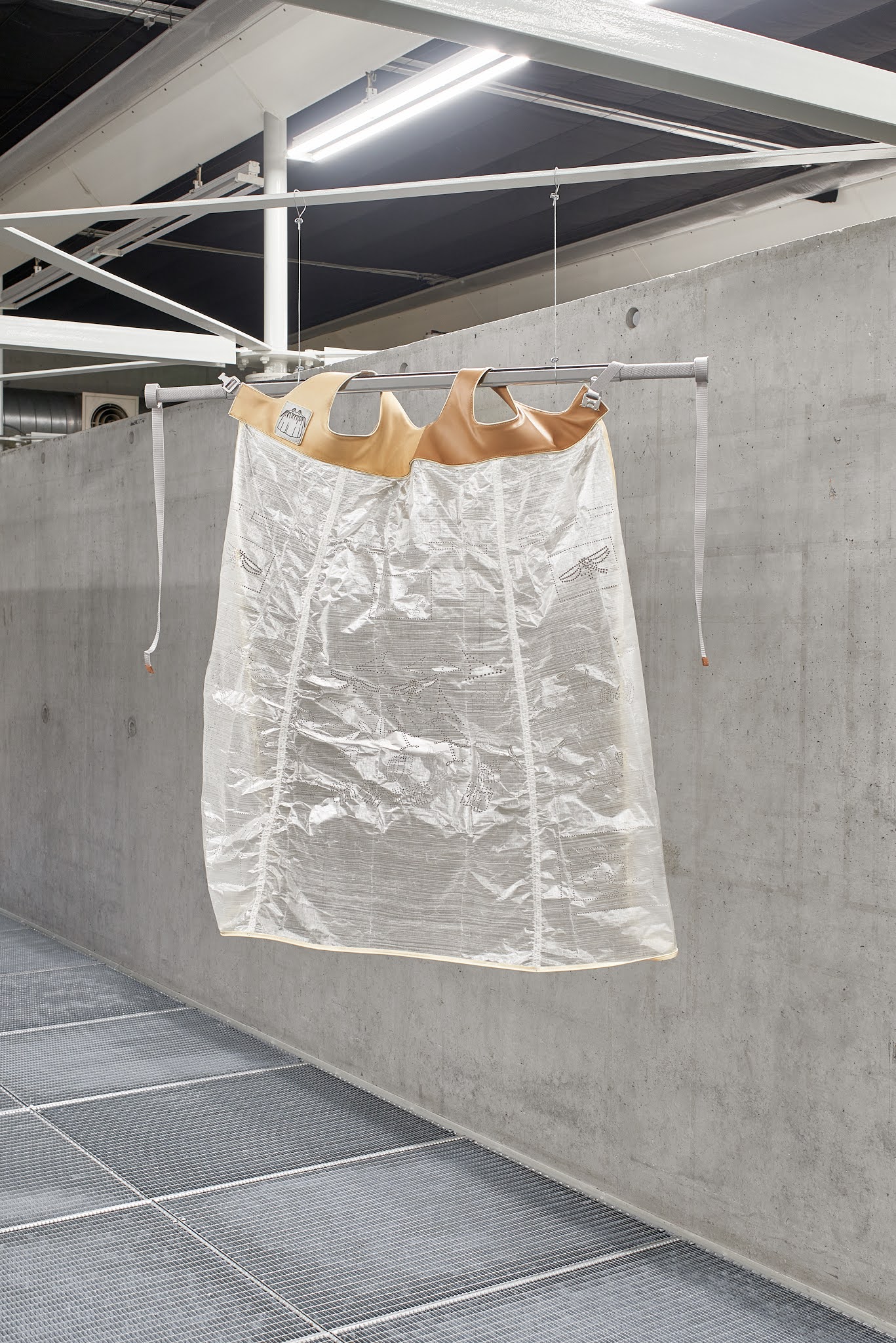 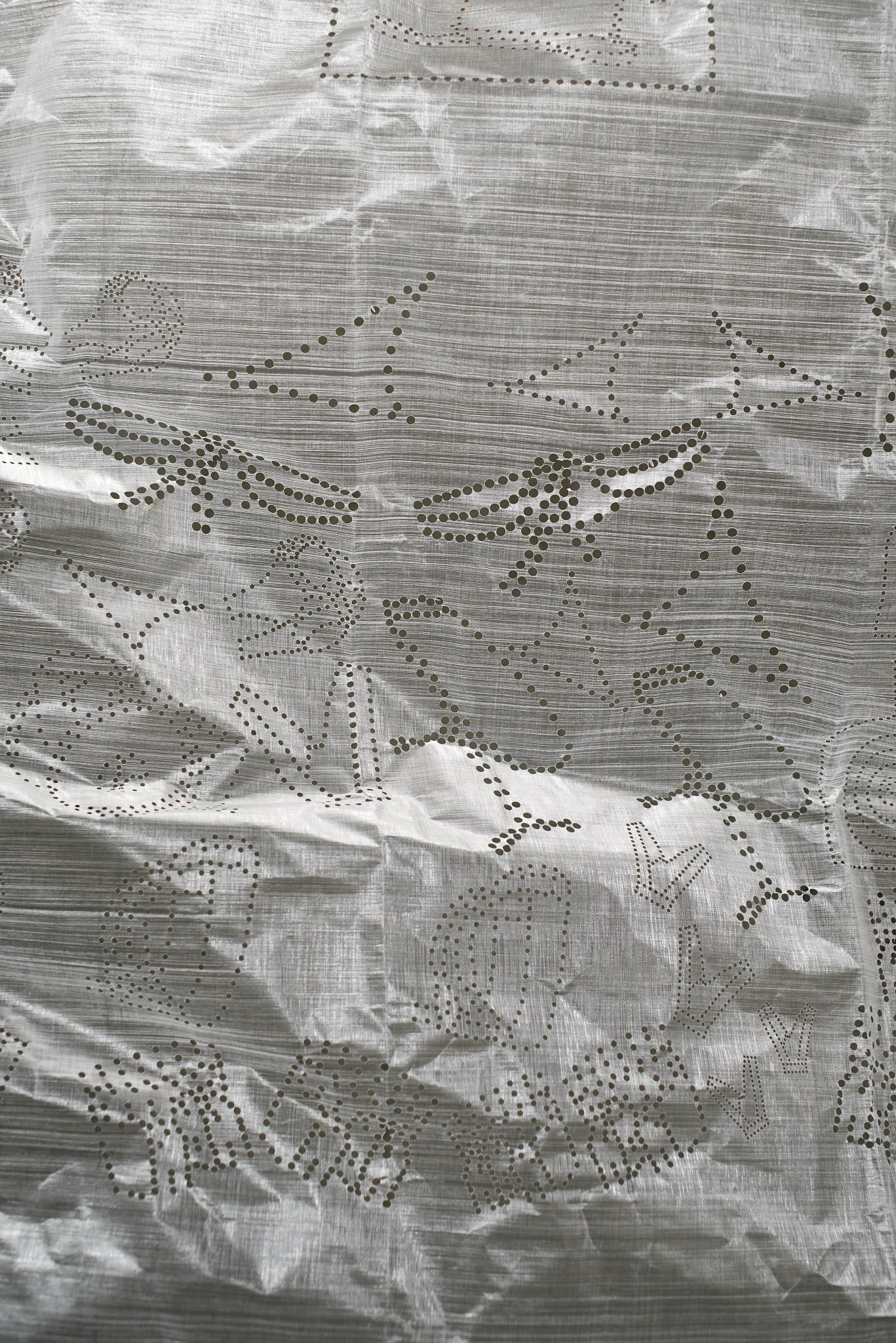 Driven by a persistent fascination with clothing, Hansol Kim’s research-led and personal approach reconfigures the definition of wearability. His sculptural objects occupy the intersection of garments and furniture. They contest the typical features of each field, asking to be considered as a completely new category of their own.
In-between objects
Kim’s current research is prompted by tracing symbiotic evolutions between furniture and garment designs through the lenses of Korean and Western European culture. Through four sculptures, he investigates the distinct design traits of Korean clothing and traditional Korean furniture, juxtaposing them with Western European military devices and mass-produced furniture.
Wide sleeves on a traditional short Korean jacket, and the low furniture developed to suit underfloor Korean heating systems, are fused with elements from European military devices, such as the British one-man tank from 1917, or popular furniture pieces (now considered universal designs due to globalisation).
By wedding the domestic function of furniture with the mobile use of clothing, Kim prompts us to explore the behavioural patterns and lifestyle expressions of these objects’ originating cultures.
Ultimately, his new in-between objects encourage us to consider living in a more communicative manner alongside our objects, as we re-examine concepts of mobility, multiplicity, adaptability and flexibility, while maintaining a reference to cultural contexts.