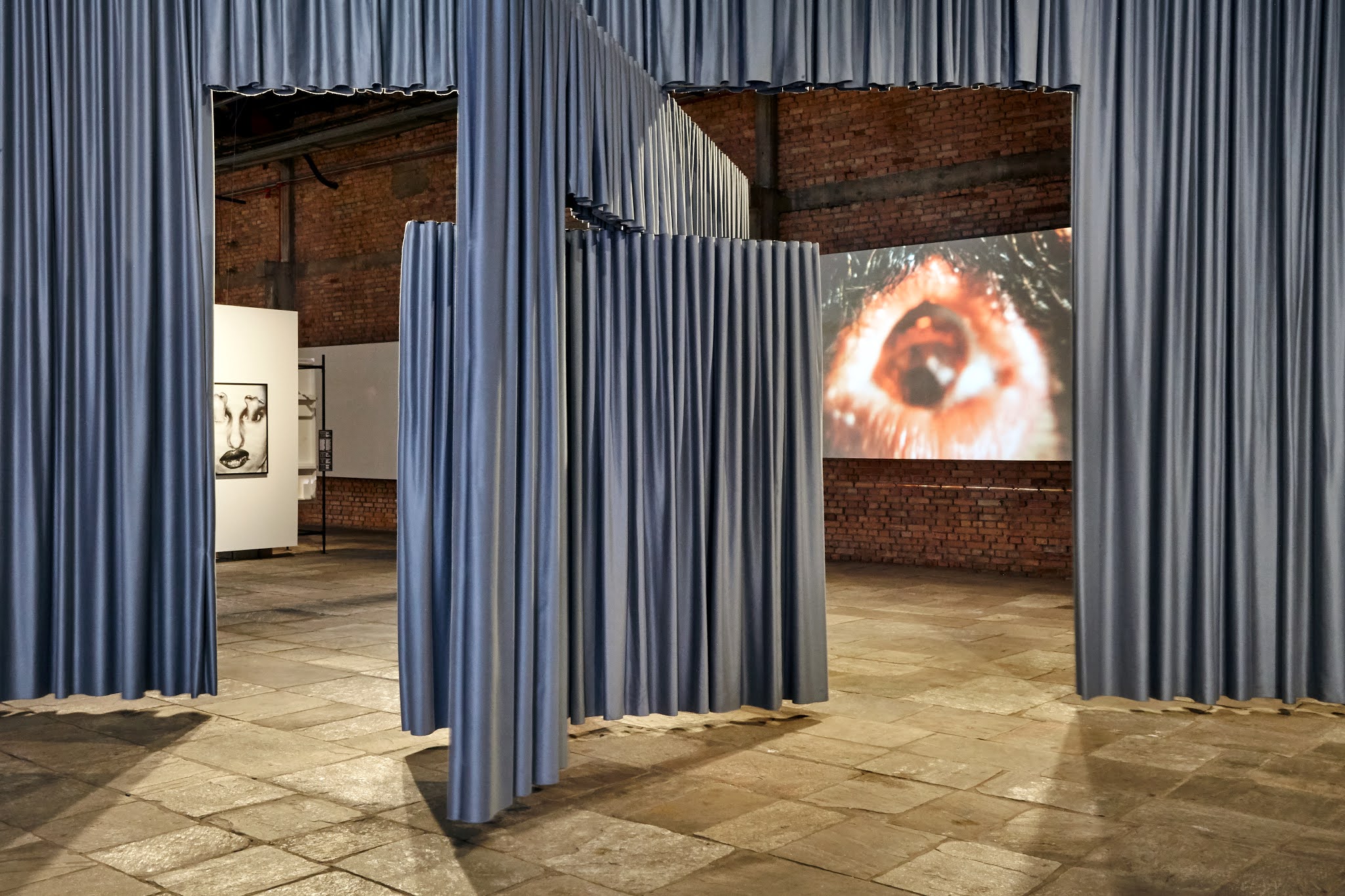 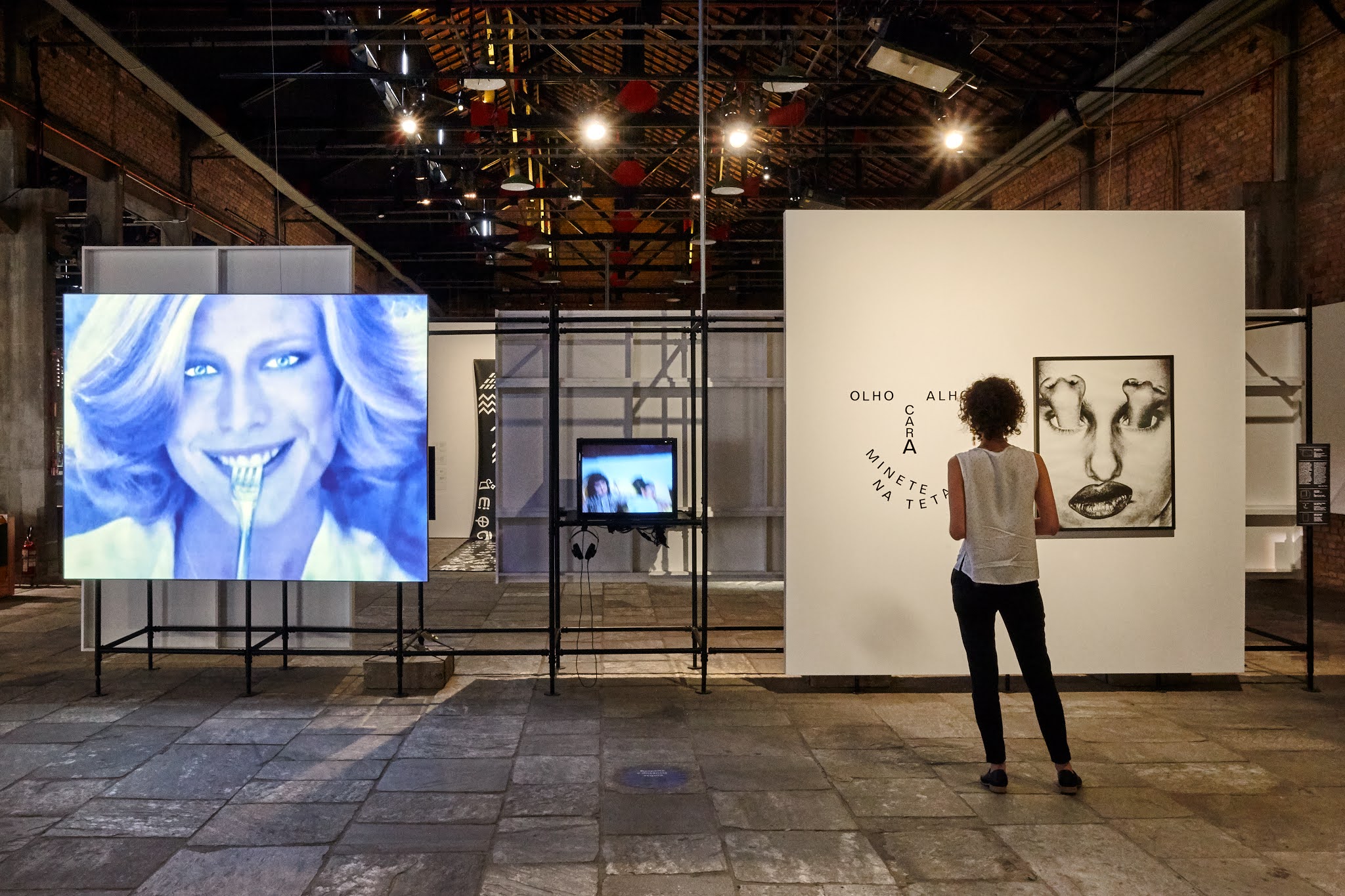 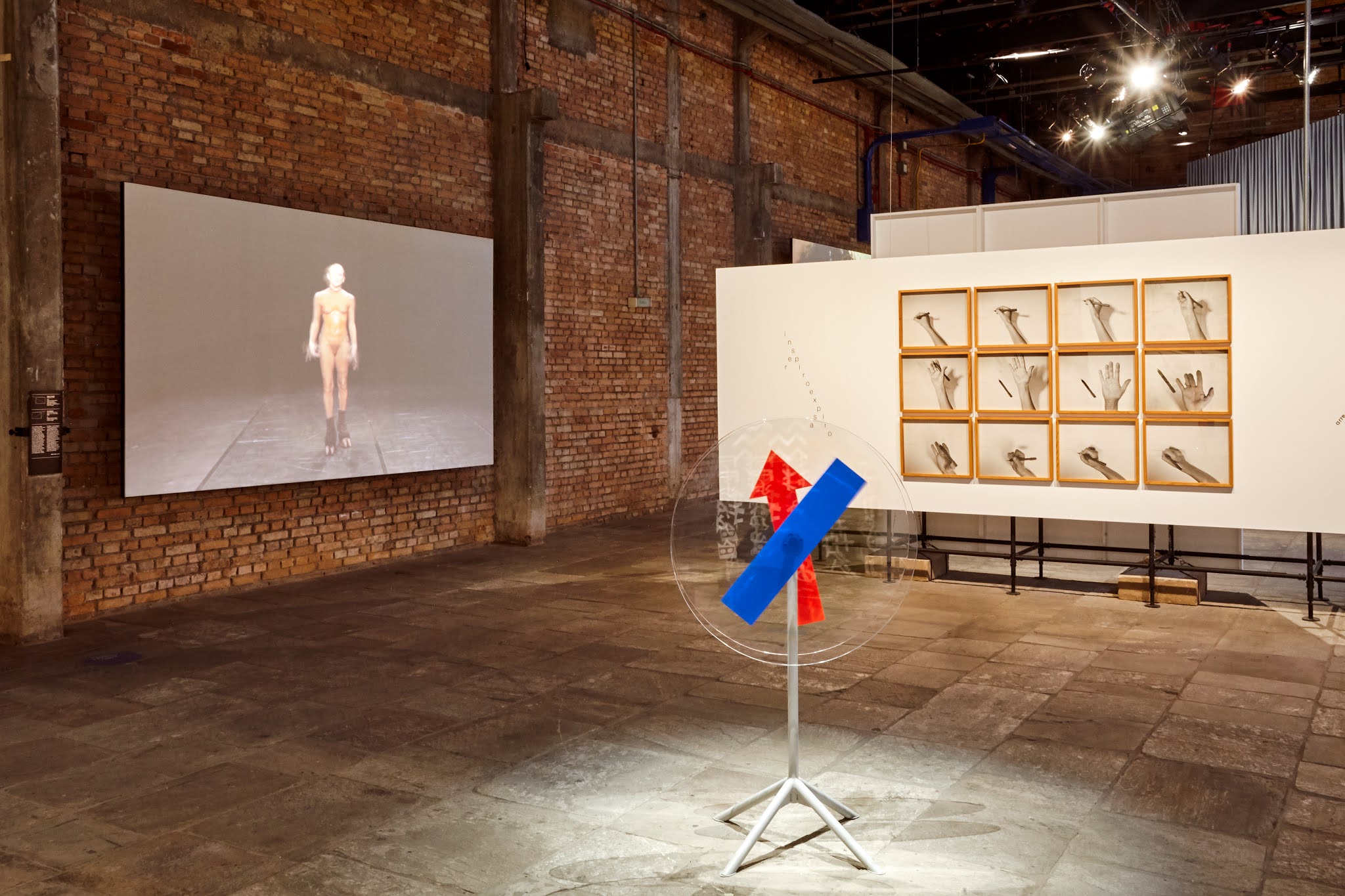 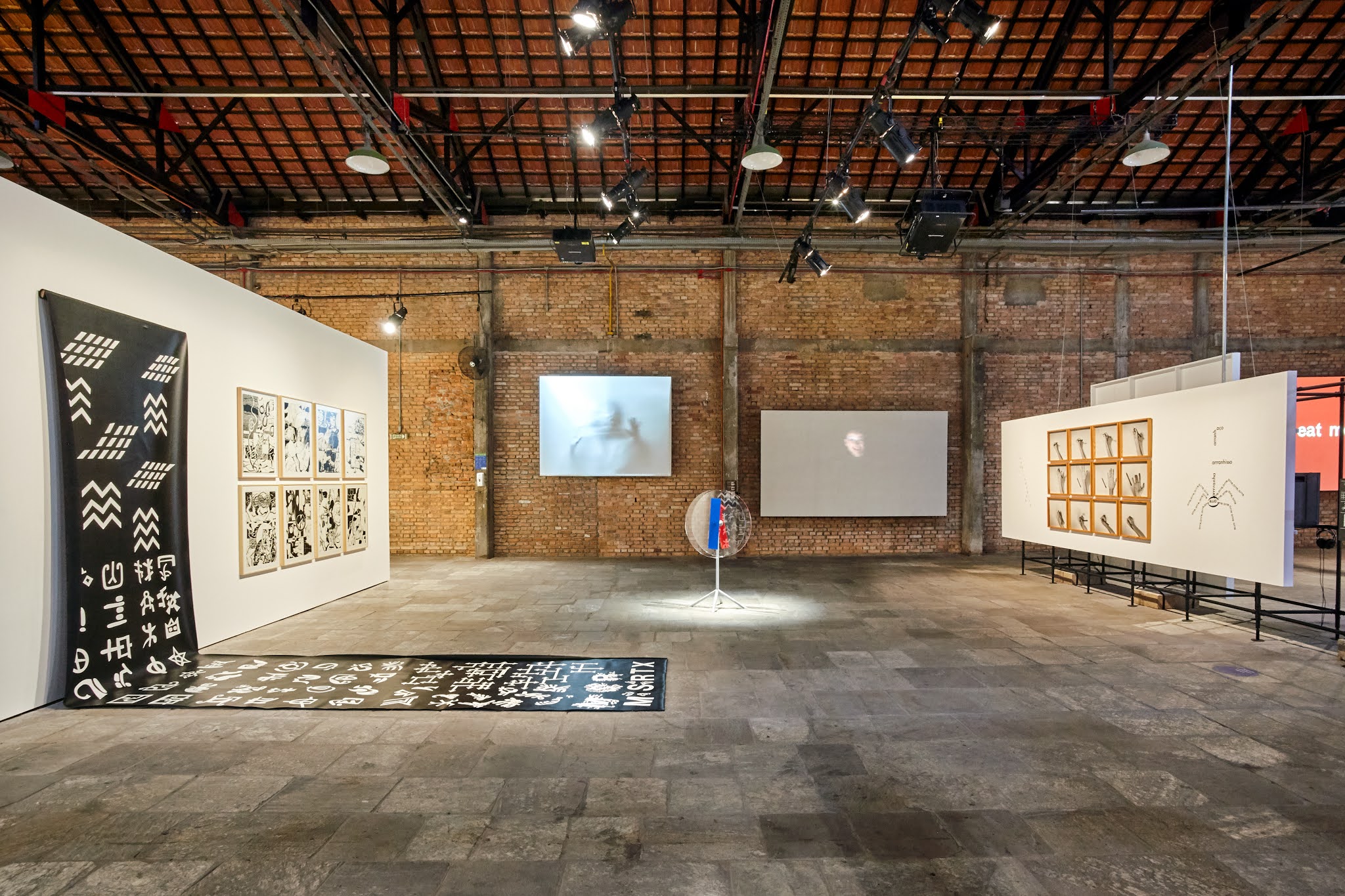 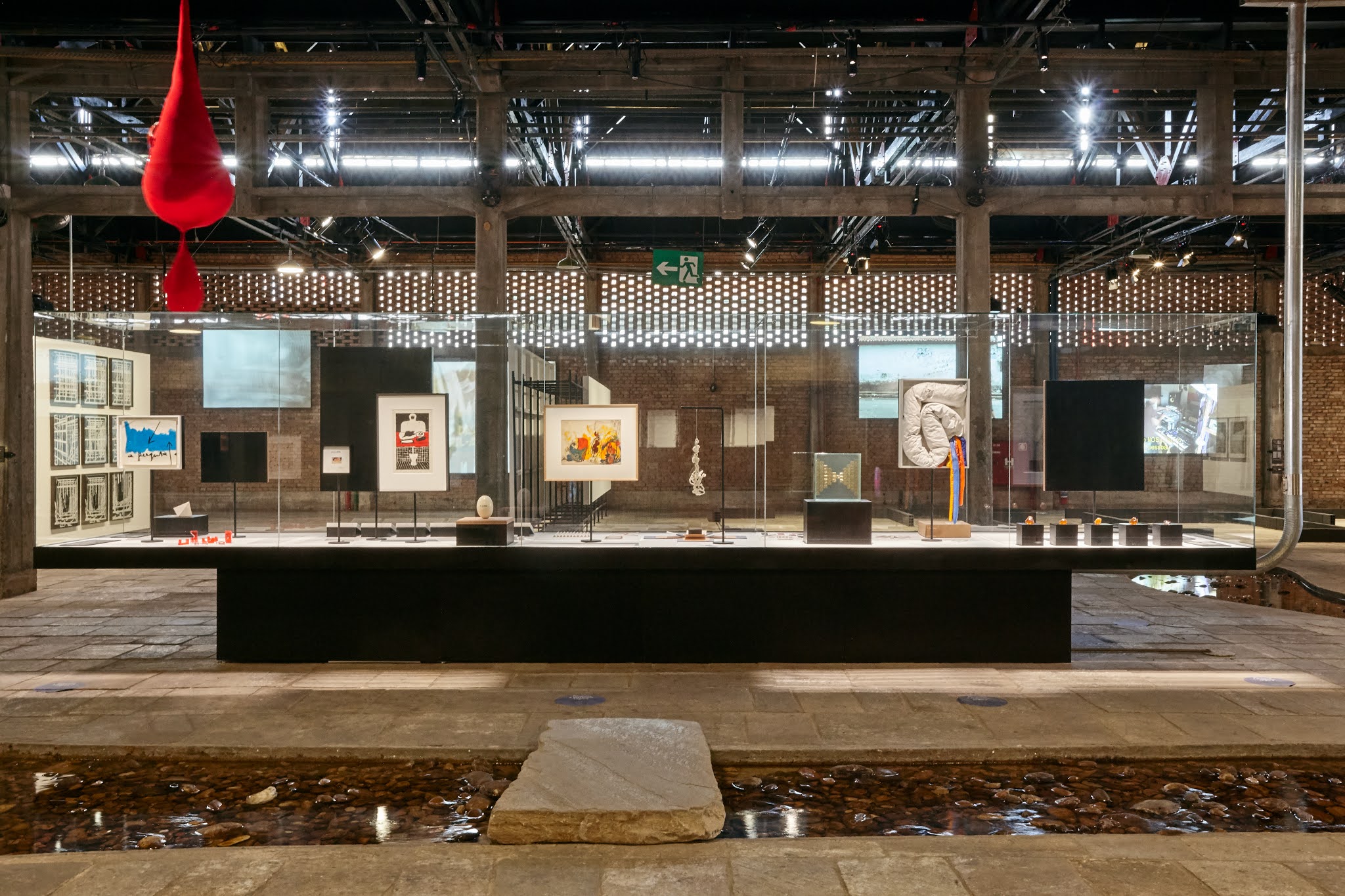 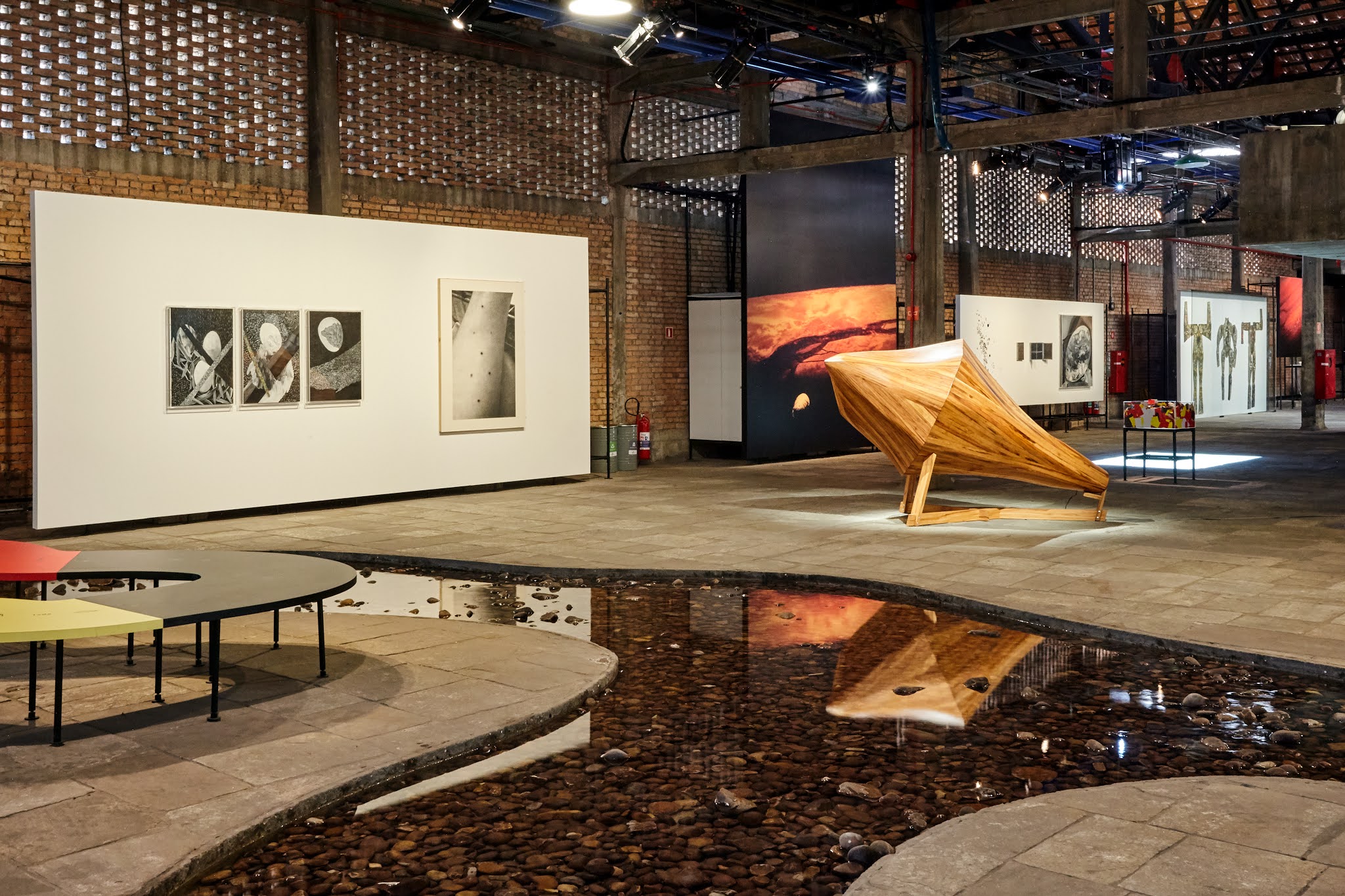 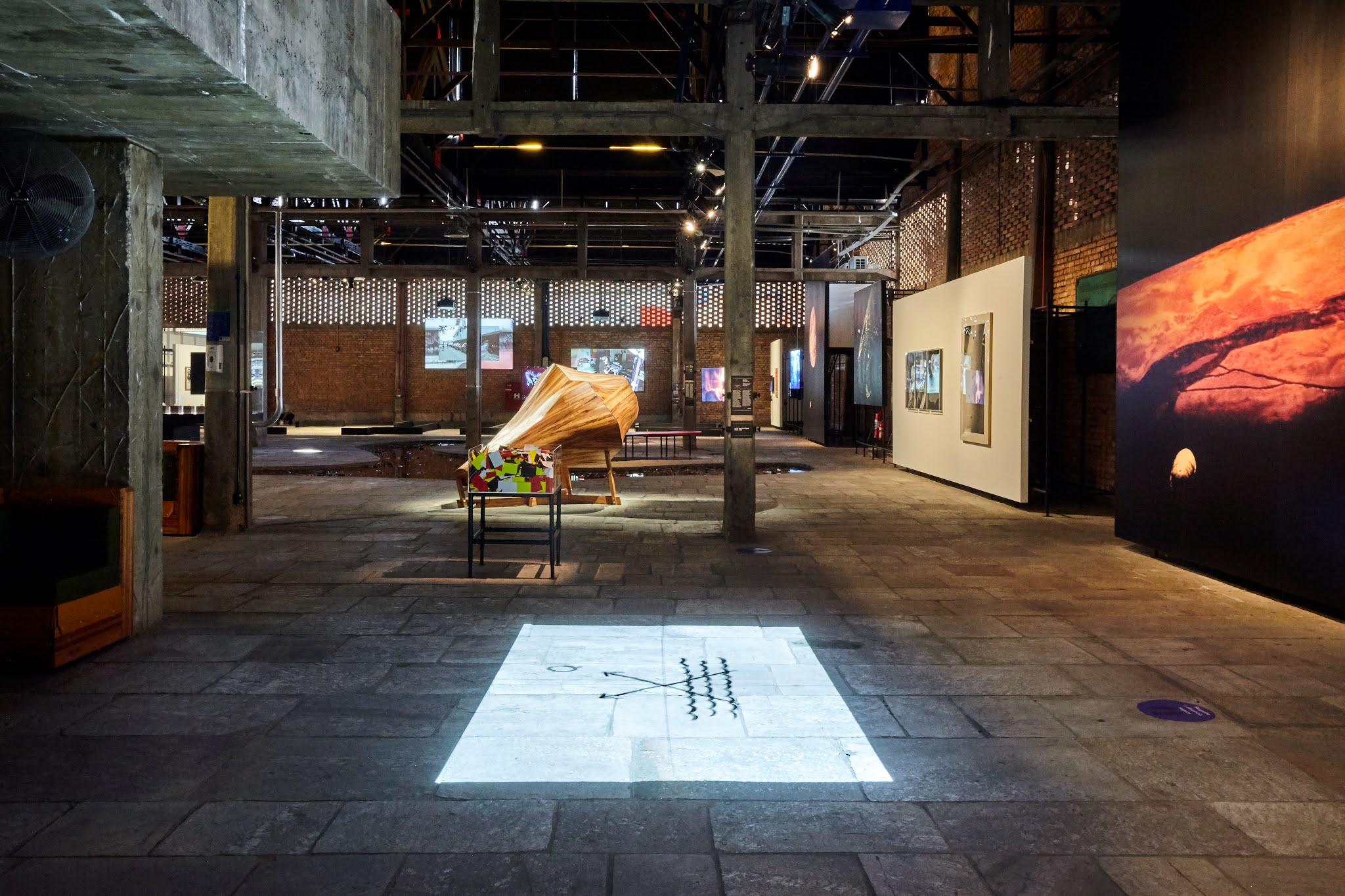 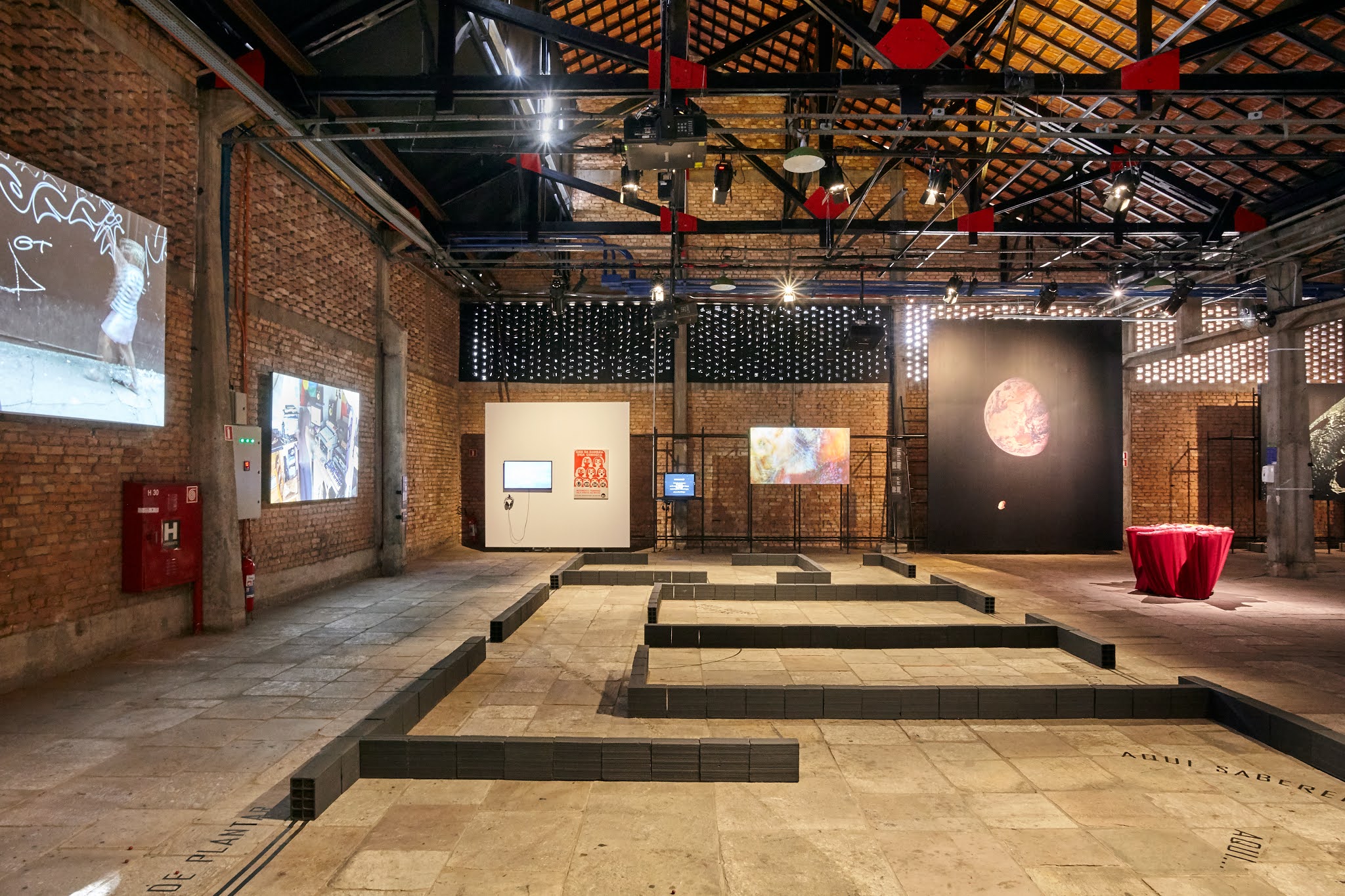 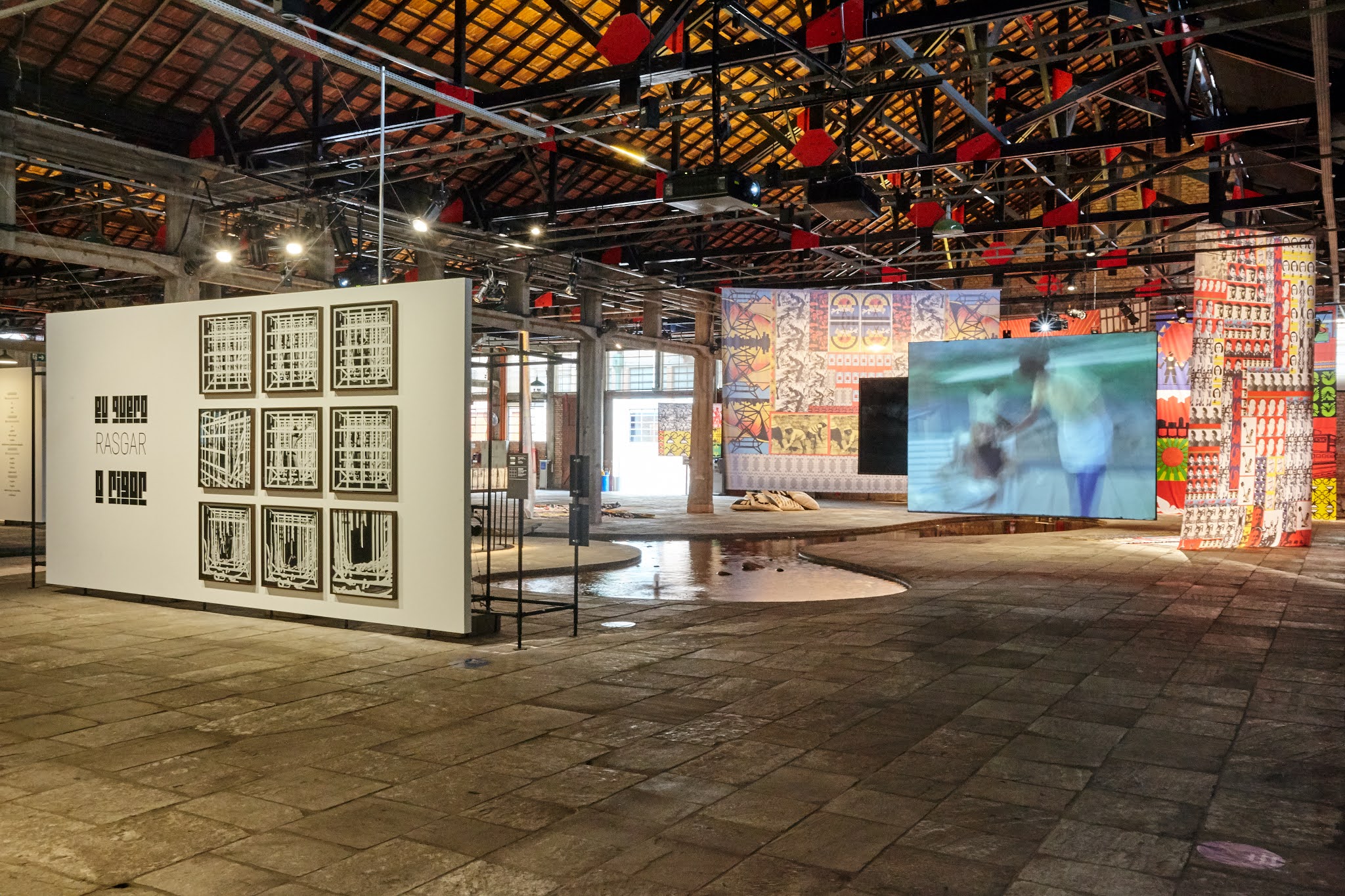 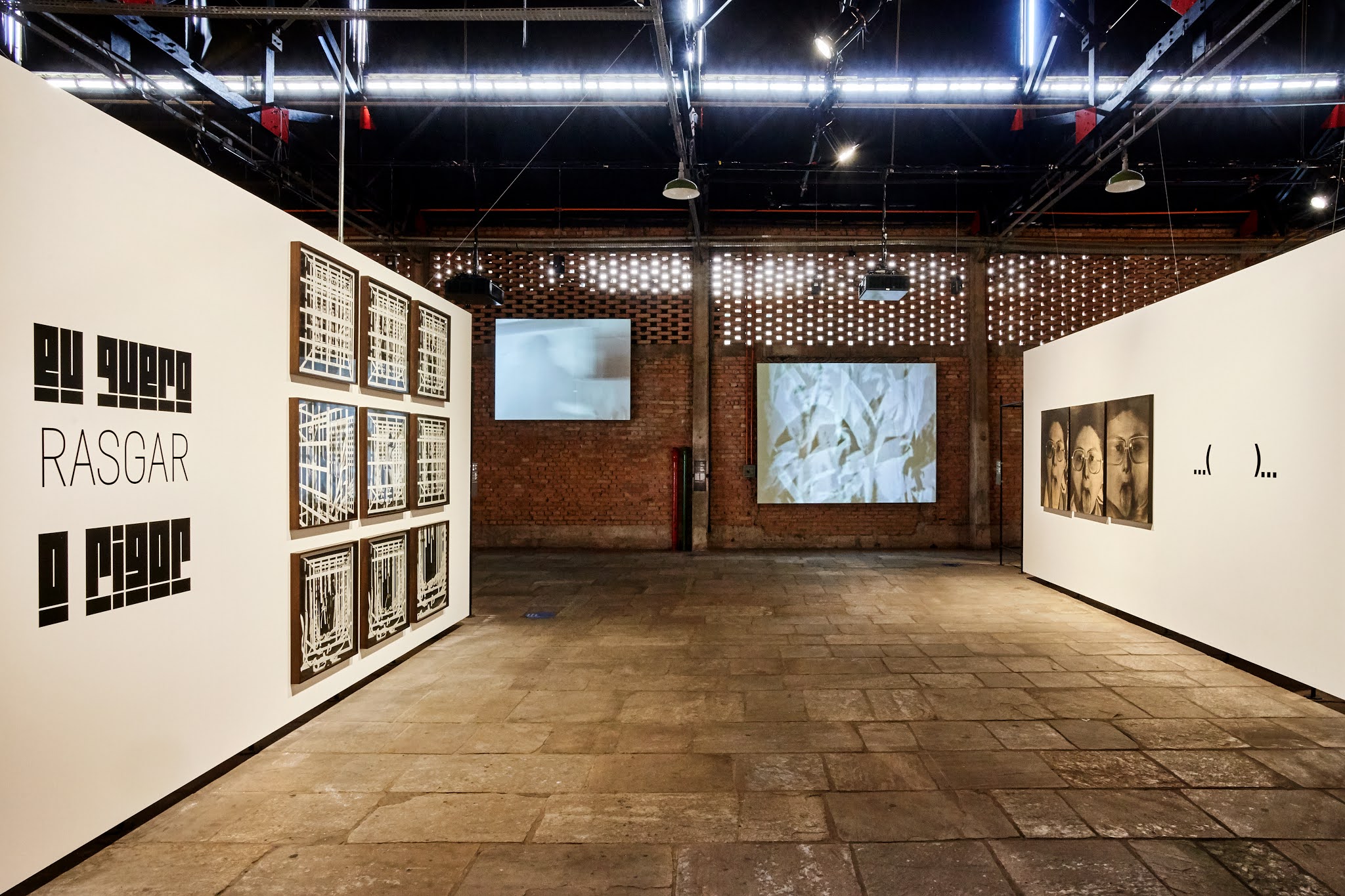 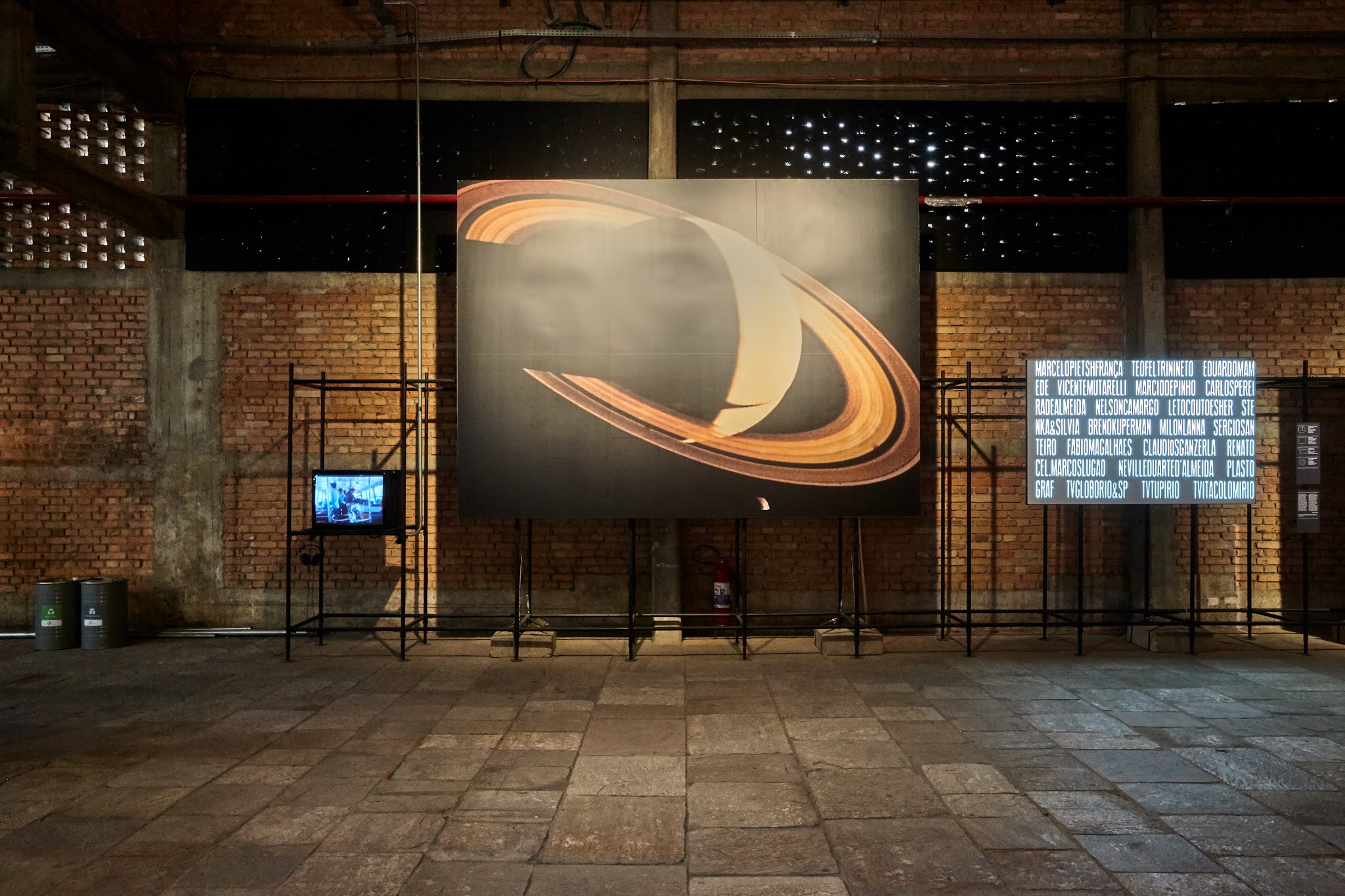 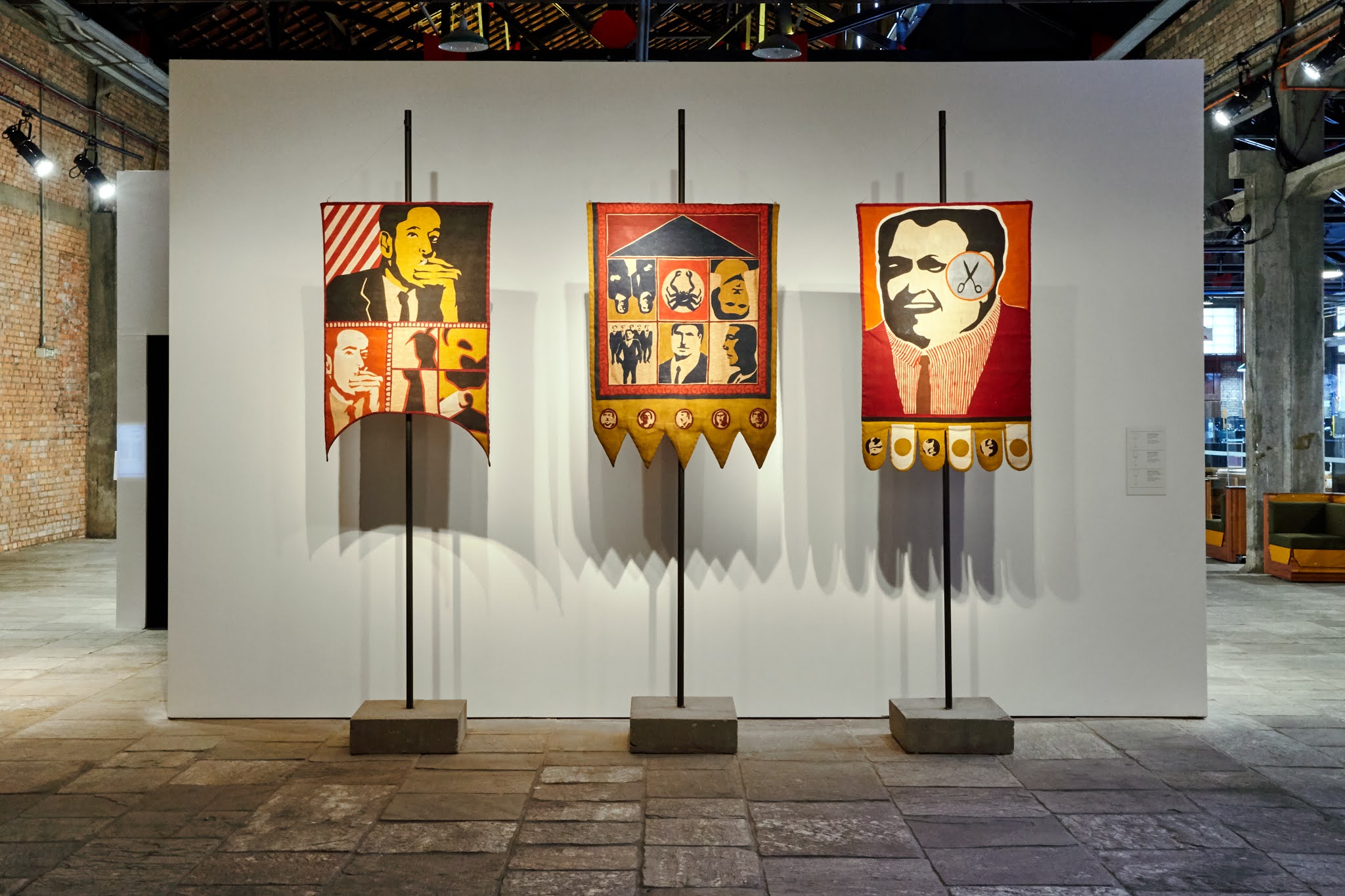 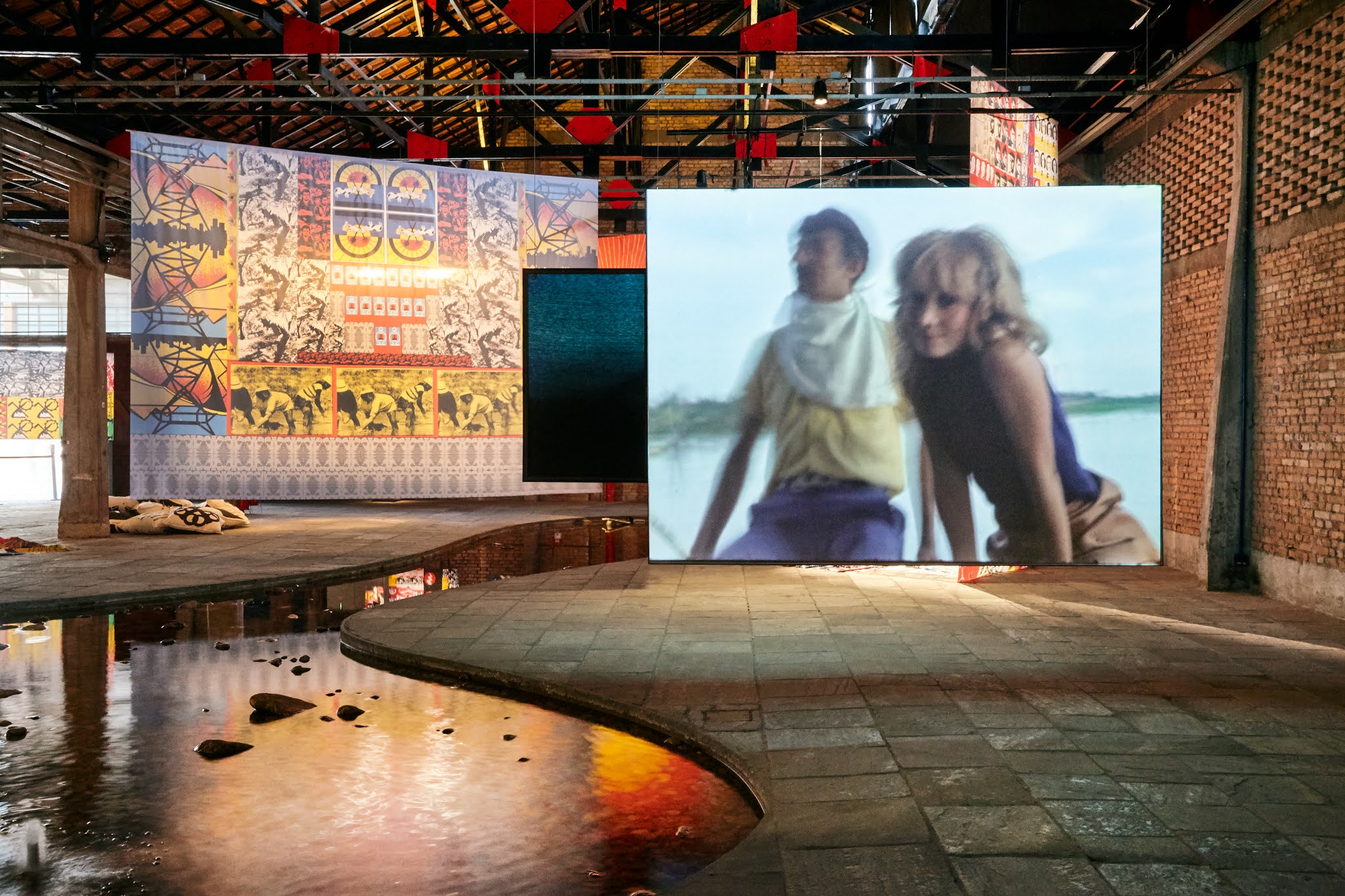 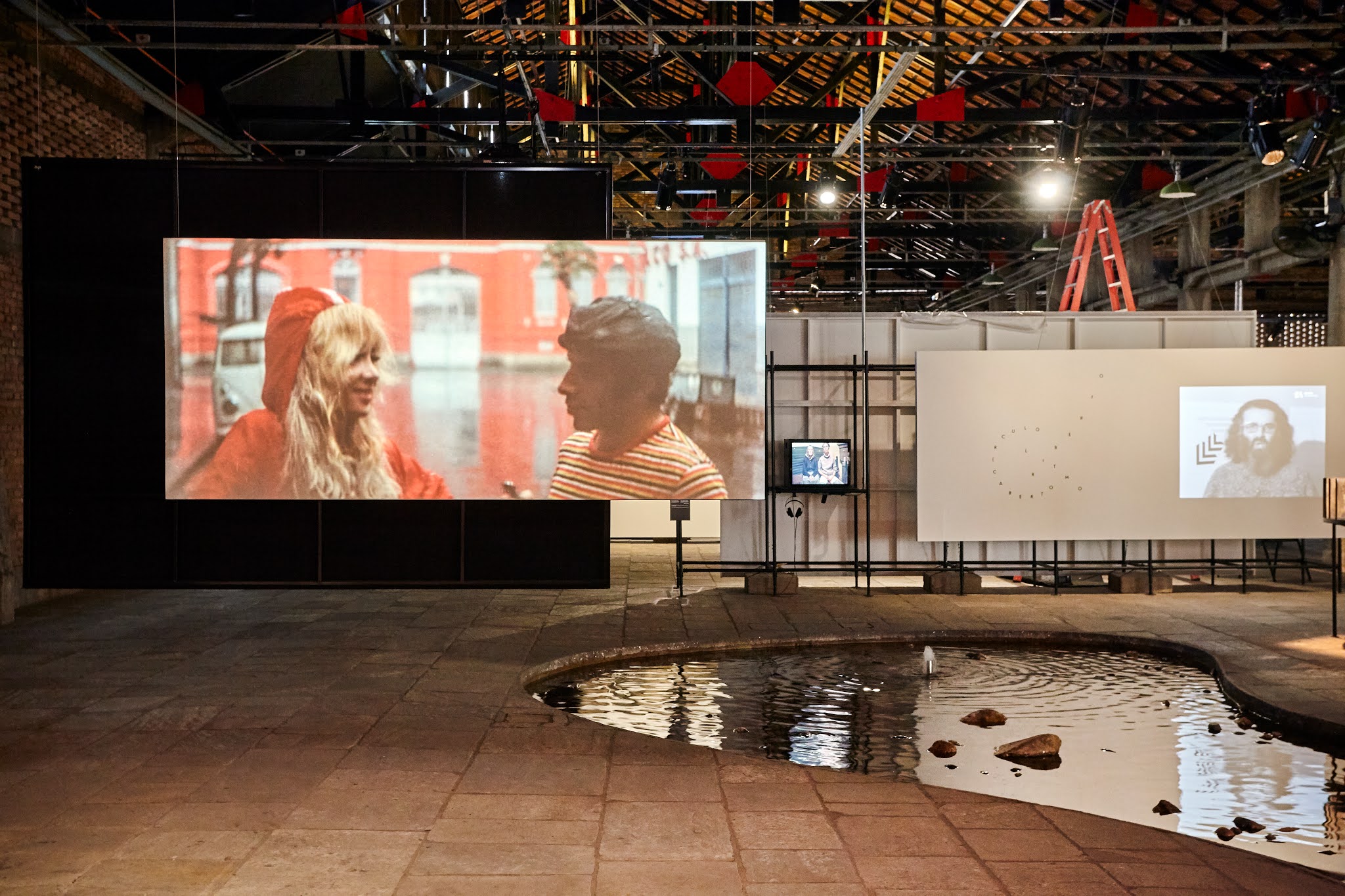 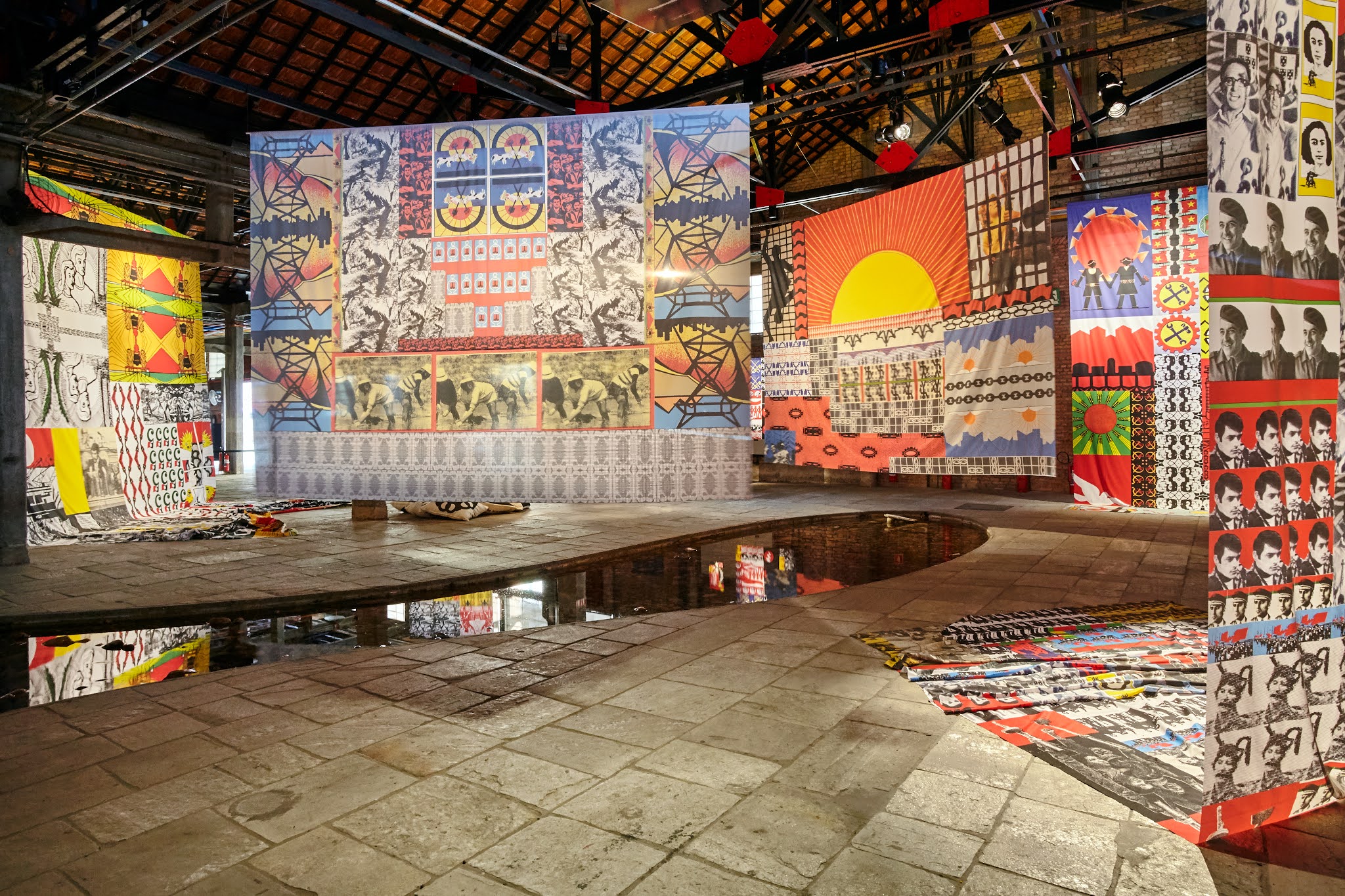 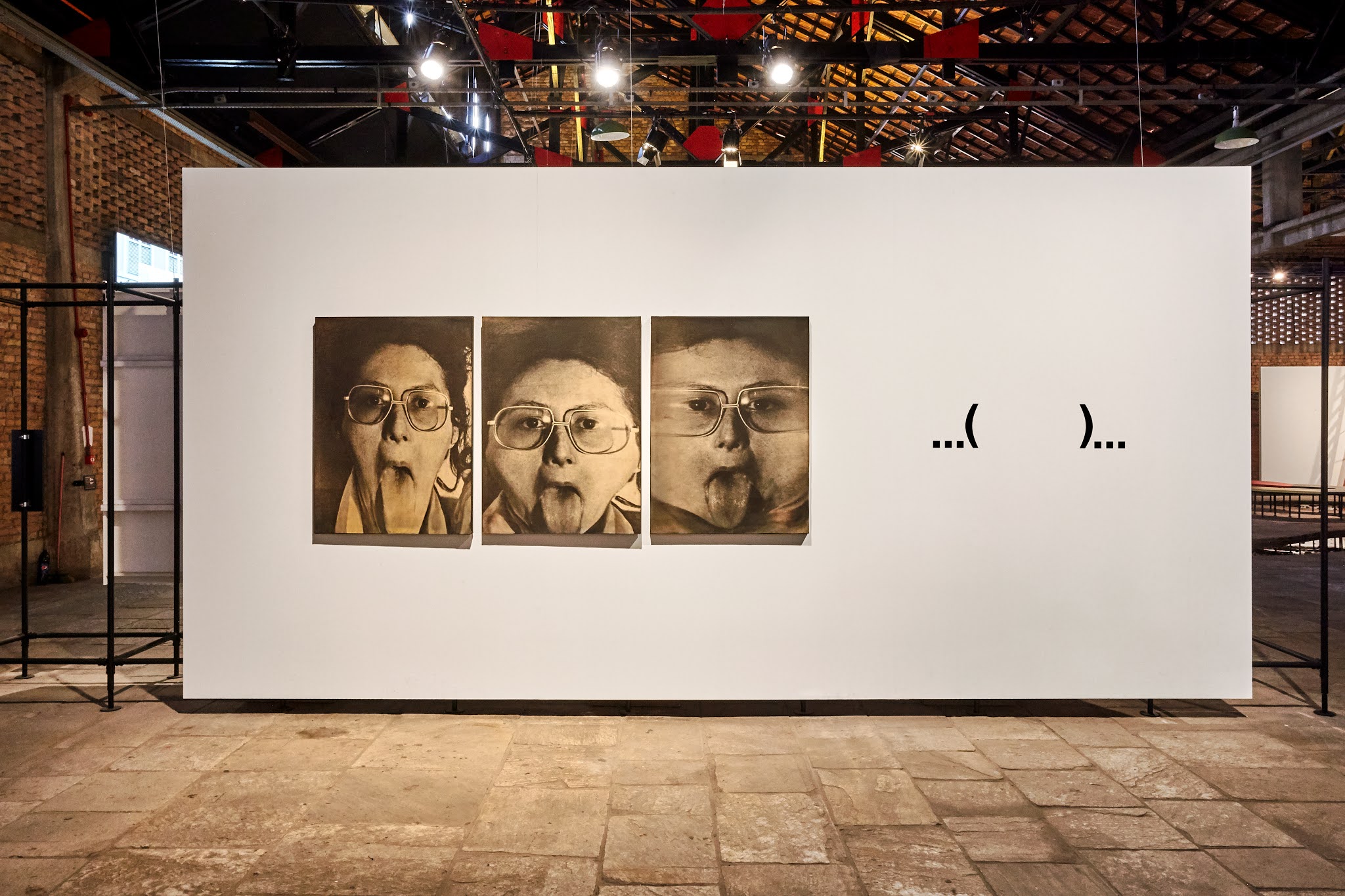 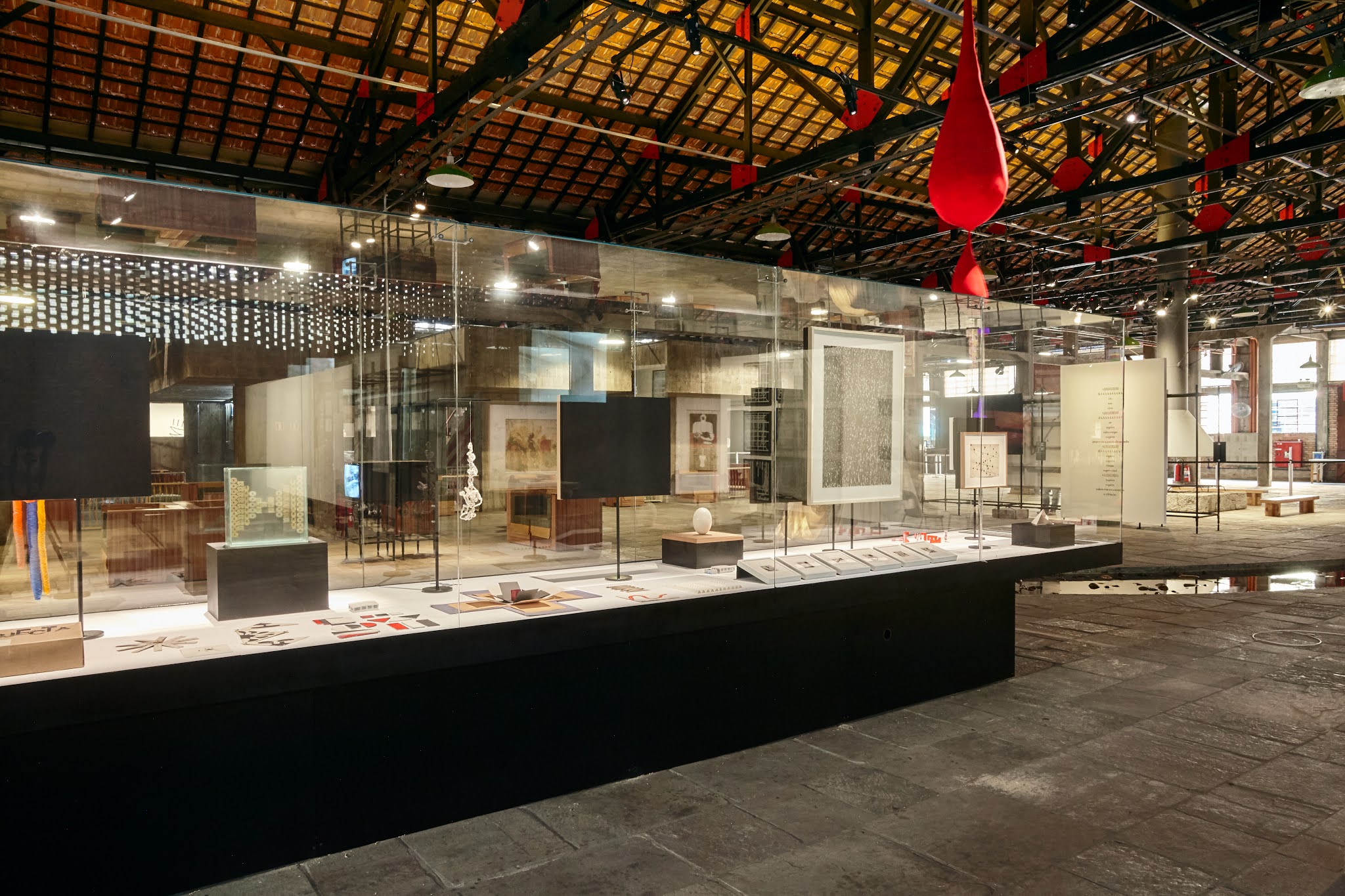 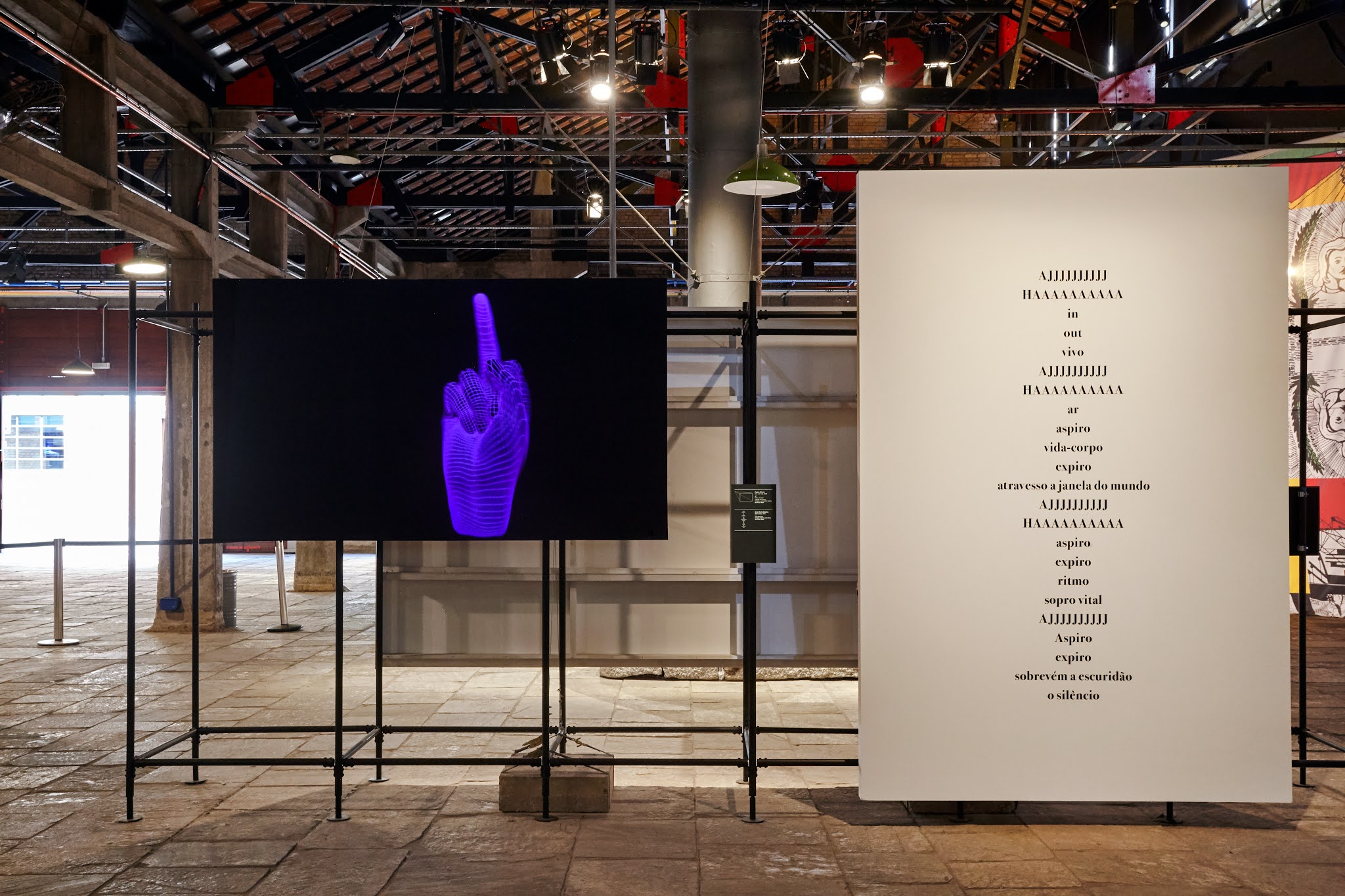 Under the general curatorship of Marta Mestre and the adjunct curatorship of Pollyana Quintella, the exhibition FARSA [farce] began to receive visitors this past October 20, at Sesc Pompeia, in São Paulo.

The exhibition, which also features contents made especially for the digital medium, takes a look at the “fractures” and “fictions” of the language, in the historical context of Brazil and Portugal. Presenting works by more than 50 artists, the show investigates the supposed linguistic unity of the two countries, counterposing various strategies for the deconstruction of art in both, through experimental works from the 1960s and ’70s, as well as proposals by contemporary artists. As an interplay of questions and answers, the exhibition tensions the idea of an open history and interrogates the “colonial unconscious” of that which is culturally divided and fragmented.

With a view to the complexity of what is langue and language, FARSA considers fragmentation and polyphony through myriad utterances not aligned with the universal discourses. According to chief curator Marta Mestre: “The title points to an irony, a twisting of meanings. It evokes a dimension of parody while exposing an open wound, with the aim of reinforcing the ambiguity in the fracture that the langue and the language establish.” Pollyana Quintella, the show’s adjunct curator, believes that “as it is not possible to exist outside language, it is through it that we organize reality and test ways for living collectively.”

By relating artists who share a common idiom, the show underscores the poetic and political uses of the word (through visual poetry, one of the rare examples of reciprocal confluence and experimentation between the two countries) and also of photography, cinema, performance, and installation, while also presenting digital languages. In this sense, the works featured in FARSA emphasize the viral dimension of language nowadays, which ranges from fake news to “memes,” while also including linguistic hegemonies or the use of the abject and the scatological in the current political scene.

Attentive to the cultural unconscious of the colonizing processes, FARSA reacts to the imposition of single, universal patterns of language, and suggests their ability to illude the still remaining logics. FARSA reveals various poetic reasonings and proposes an overlaying of contrasts between expressive pluralities.

Contesting politics of exclusion, repression or subjugation, while also questioning the advances of nationalist and populist discourses that are currently gaining greater force, FARSA points to the richly diverse and powerful processes for the transformation and reconfiguration of language as strategies for adaptating to the realities and their latent demands.

The exhibition is anchored in three curatorial sections. The first, titled “Glu, Glu, Glu” [Gobble Gobble Gobble] features works that approach the idea of langue and language as a deconstruction machine. Thus, as a voracious mechanism for the swallowing and excretion of meanings, it does not bring discourse into the fore, but rather fragments and slices of reality, expressive in words and bodies.

The second section, “Outras galáxias” [Other Galaxies] evokes the dystopian turning point in the 1960s and 1970s, in literature and in the visual arts, which exposed the destructive power of humanity and the planet in order to emphasize the urgent need to plan faraway futures through science fiction and ecology.

For its part, the third curatorial section, “Palavras mil” [A Thousand Words], presents works that deal with poetry and revolution, many of them having to do with the transition between dictatorship and democracy in Portugal and Brazil. They approach the political, intimate and collective gesture through the written or performed manifesto, through the visuality of the social struggles, or through the desirous sounds of the streets.

At this moment, in-person visitation to exhibitions at units of Sesc São Paulo is only possible through previous scheduling online and follows the protocols established by the local authorities for the combat of COVID-19.

The word “farce” points towards irony, a torsion of meanings. It can mean a parody that amuses, but also a finger that exposes an open wound. “Farce" twirls on itself, laughs at itself.

Evoking the meanings of this word in an exhibition built around tongue and language, with the participation of artists who work in the Portuguese expression space, especially in Portugal and Brazil, it is a way of interrogating one of the most latent pitfalls of our common history: the supposed linguistic unity and the inherent belonging bathed by the luso-tropical hegemony. On the contrary, on this project, fragmentation and polyphony are emphasised through a myriad of speeches not aligned with universal discourses. After all,  it is about showing works that twist a language and also imagining the deep relations of escape and fiction it points towards.

Bringing the experimental proposals of the 1960s and 1970s closer to the production of artists who emerged in the 21st century, the exhibition emphasises the strategies for deconstructing the language of both periods. At that time, an unprecedented production began in the visual arts, literature and other cultural spheres which were engaged on breaking through commonplaces. Portugal, Brazil and Portuguese-speaking African countries were marked by a poetic and political use of the word, from visual poetry to urban space, from the intimate to the collective. Today, in a more socially and politically polarised global context, and in an advanced state of capitalism’s capture of language, we experience the sensation of failure. Empty slogans proliferate, the mere repetition, stuttering of thought, the fake-news, the memes, or the use of the abject and eschatology as a strategy of impoverishing life.

How can we expand the disruptive power of the 1960s and 1970s? How can we manage language to escape from the exchange system, supervised and extractivist? We know that not all language fails, and that there are dissident repertoires that present other ways of producing meaning.

Like messages in bottles, the exhibition is conceived as a set of questions launched into the future and answers taken from the present, tensioning the idea of an open history. How to stitch together what is divided and fragmented?