Waves between us at Palazzo Re Rebaudengo / Guarene, Italy 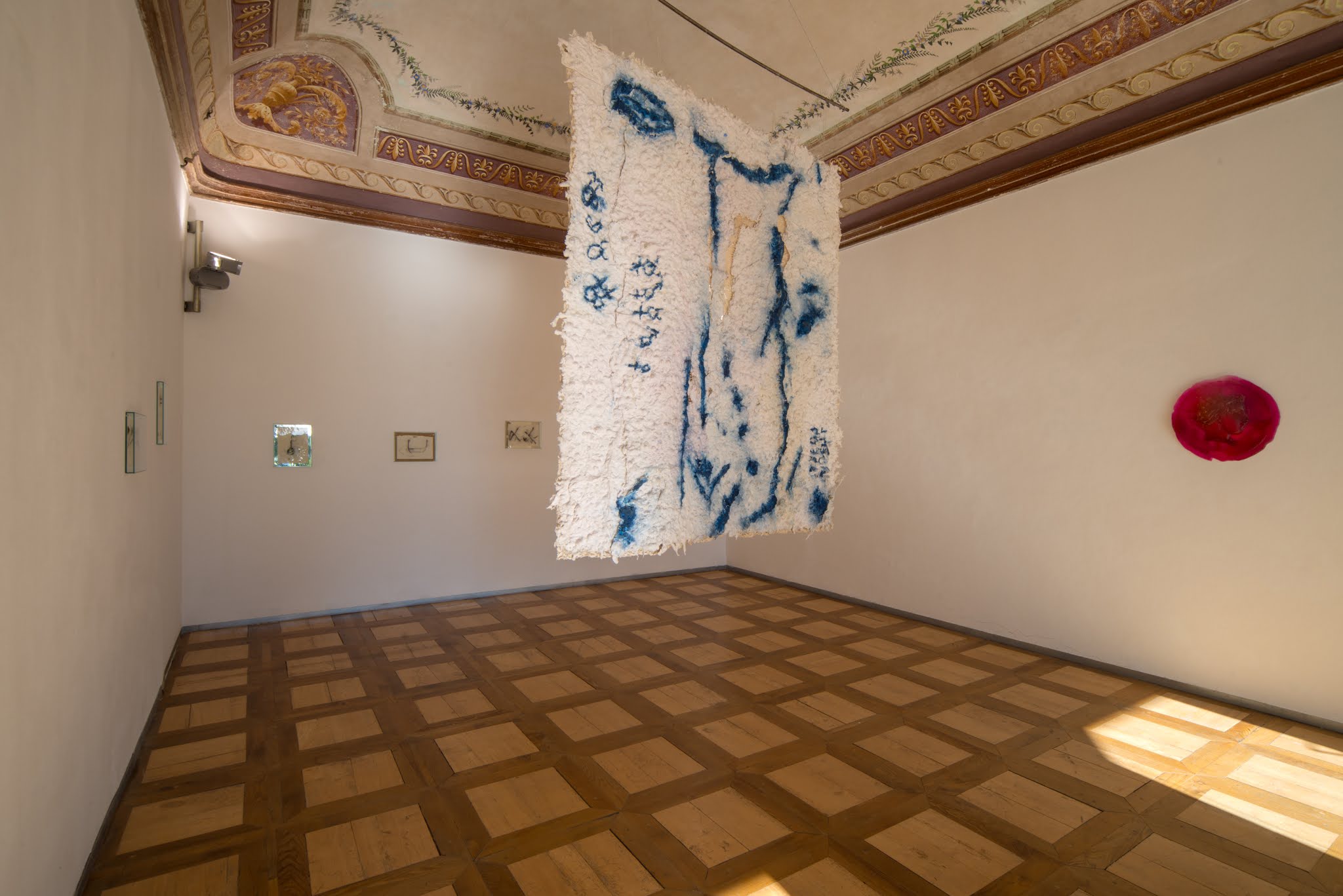 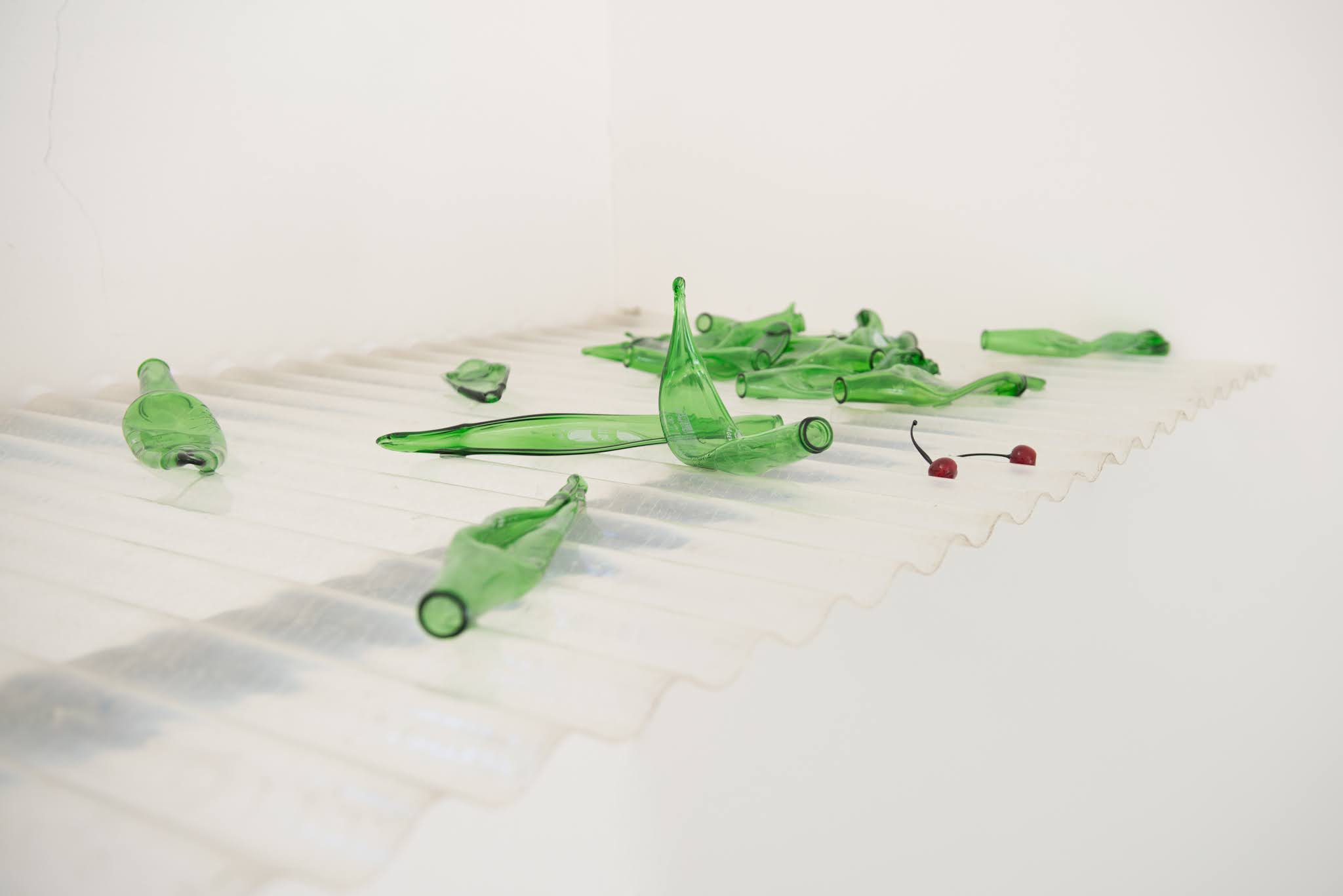 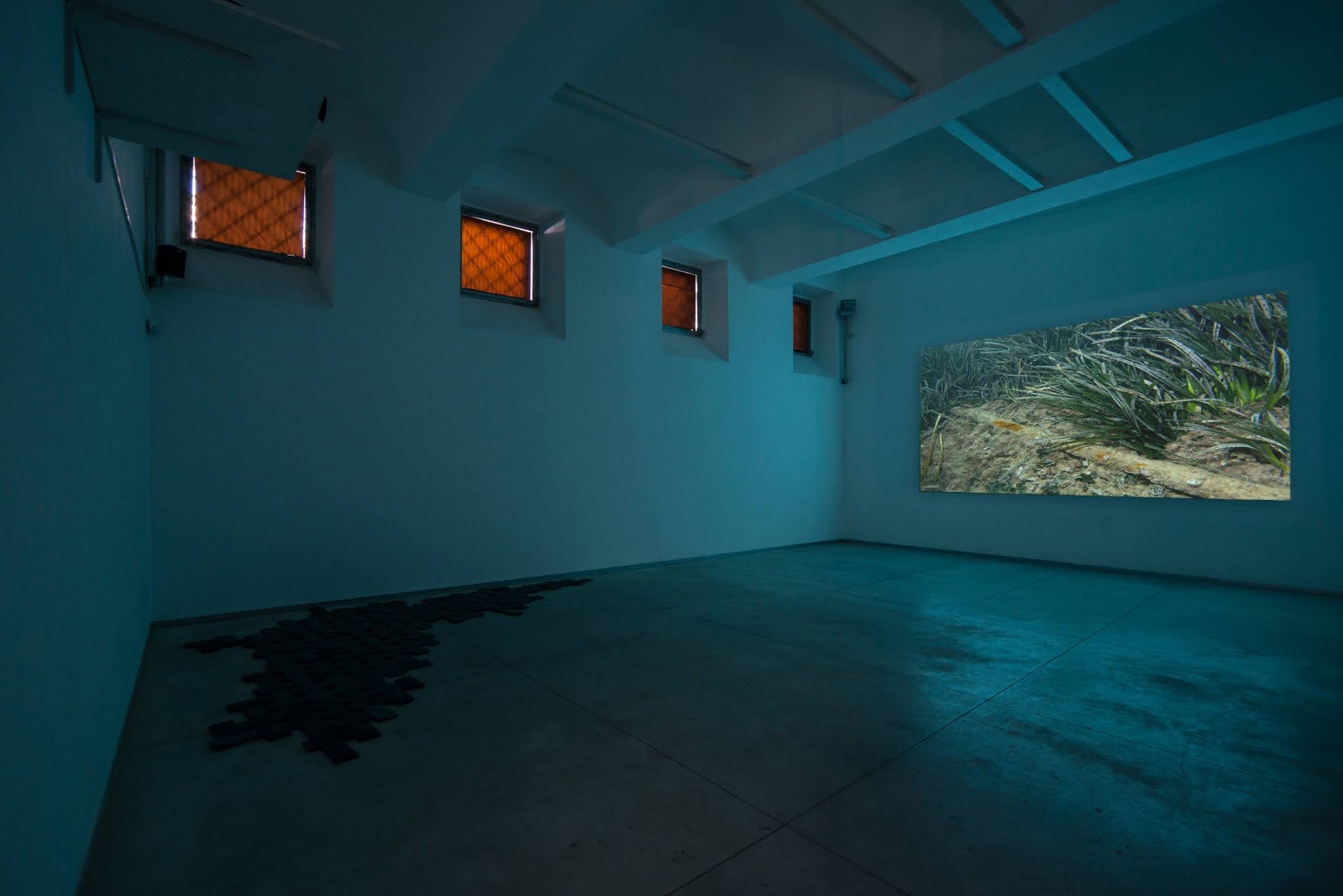 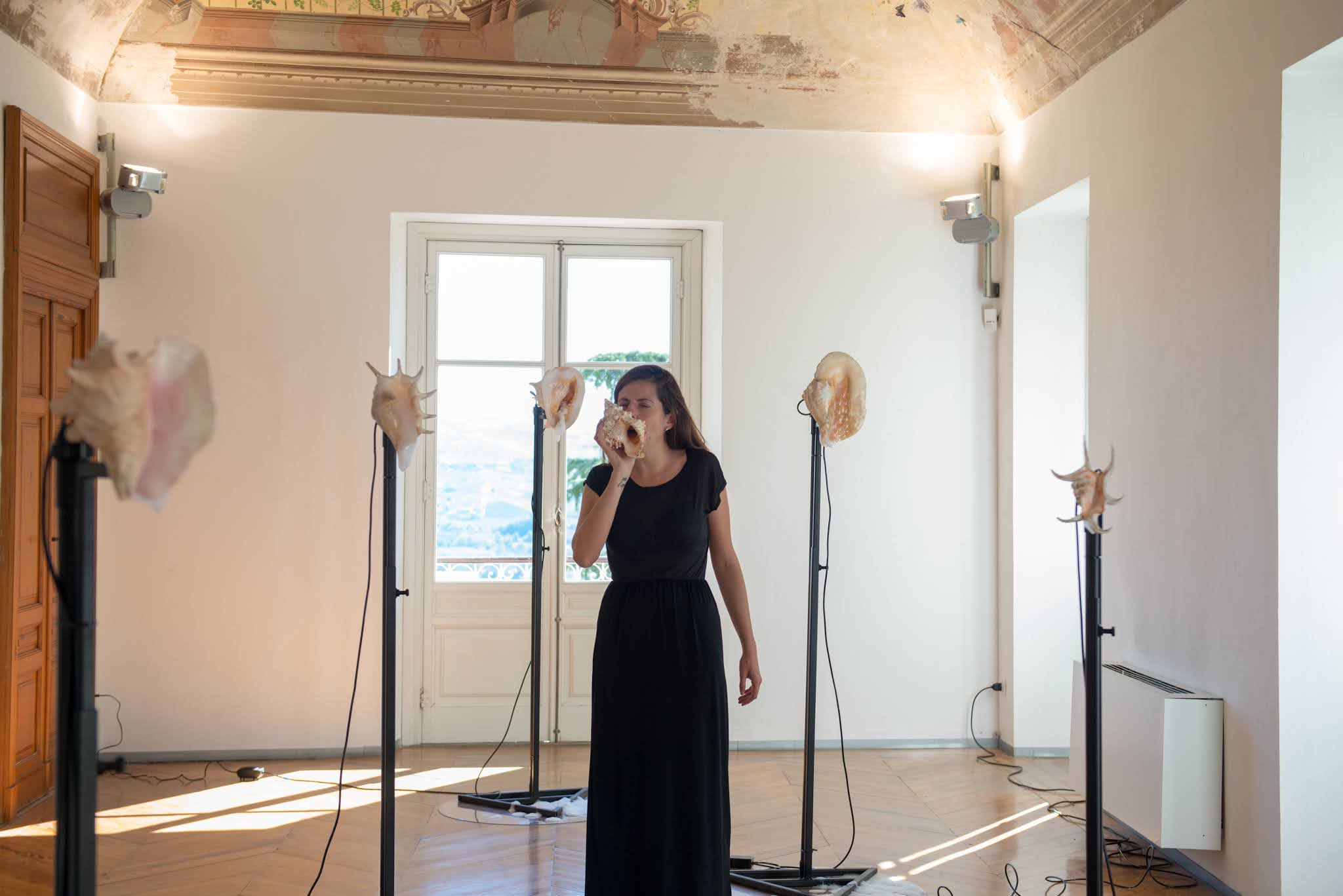 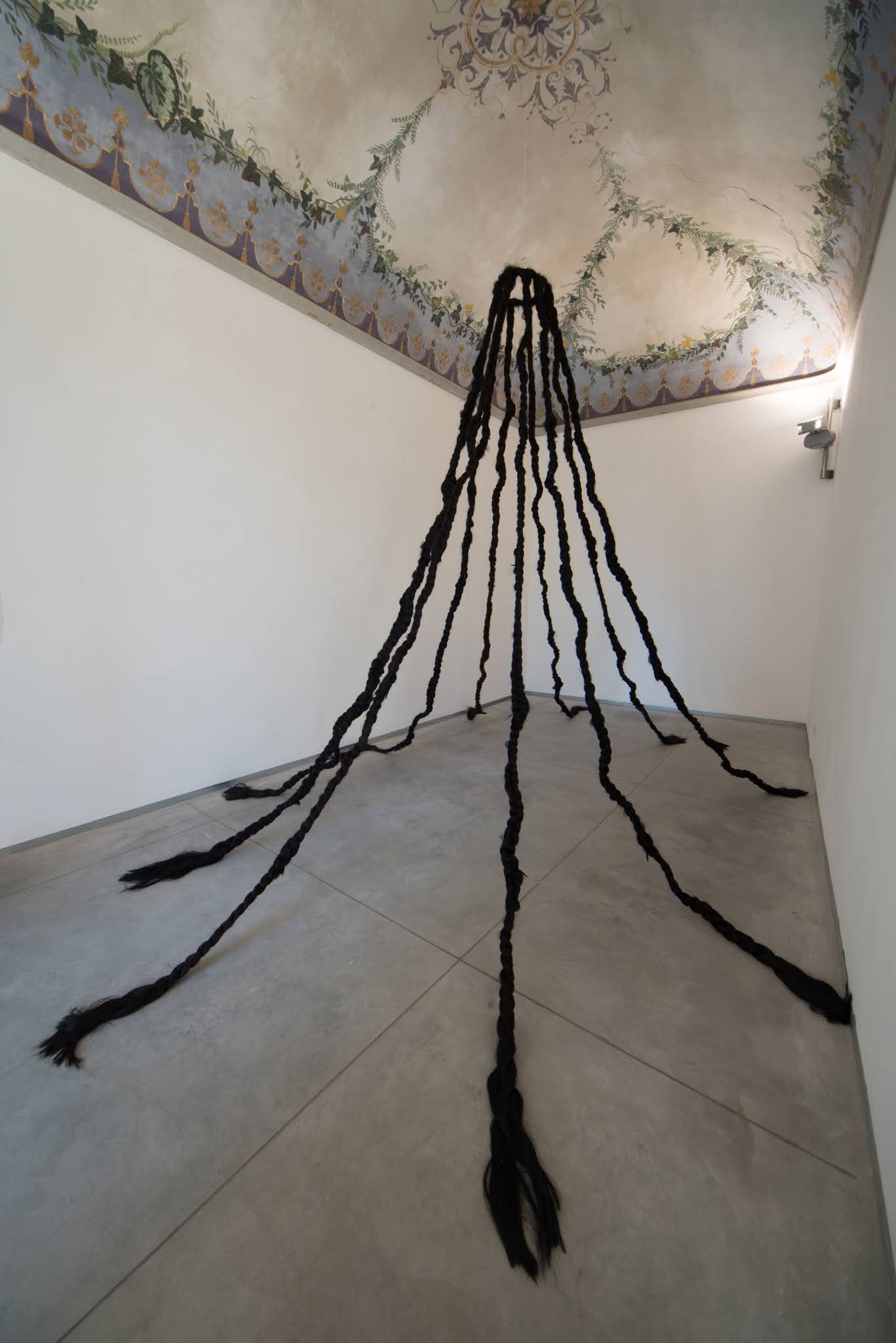 The 14th edition of the Young Curators Residency Programme unfolded against the backdrop of COVID-19’s gripping hold over northern Italy. The sounding alarm of this time – both literally and metaphorically – became a point of departure for the exhibition, uncovering a dual interpretation of the Italian term sirena. Known as both the mythological female figure of the sea and the sound of emergency, the sirena awakens our senses and orients us in the moment whilst amplifying an urgency to pause and listen.
In Homer’s The Odyssey, the sirena is portrayed as a perilous and powerful air and sea creature – a female, or gang of females, whose song seduces the poem’s protagonist Odysseus and his crew as they attempt to helm their ship home. Listening to their voices poses the threat of descending into the underworld with no return. Both divine and grotesque, the sirena lures the ego into a dissolved state, evoking delusion, seduction and an undoing of consciousness. In her seminal book For More than One Voice: Toward a Philosophy of Vocal Expression, Italian philosopher Adriana Cavarero describes how the pathos of the story, ‘is concentrated on the deadly, seductive circuit between voice and hearing, sound and ear. As monstrous singers, or deadly women with powerful voices, the Sirens produce an acoustic pleasure that kills men’. Dwelling in the aqueous depths and on land, the sirena represents both proximity and remoteness experienced within our own world today. Therein, Waves Between Us reflects upon Cavarero’s claim, ‘distance is measured by the sound of the voice and not by the purview of the eye’.
In this exhibition, the sirena performs a unique slippage, weaving through each artists’ practice to explore sound as a mode of transmission, saltwater as a texture of connectivity, and the underworlds of the grotto and swamp as ecosystems of interaction and change. The artworks presented engage with embodiment in physical and collective forms; the flesh of our throats, the voices that reverberate from our mouths, the stories that resonate between our ears, and the memories that dwell in our guts. Inhabiting the ground floor and basement of the Palazzo Re Rebaudengo–nestled in the hills of Guarene–the exhibition provides a periphery for vocal, material and collective experimentation. Site-specific commissions by ALMARE, Benni Bosetto and Binta Diaw transgress normative boundaries of time and space, engaging with alternative narratives and shared rituals. Raffaela Naldi Rossano’s works on paper also materialize ritual, forming a nonlinear system of symbology and correspondence. The sculptural works of Bea Bonafini and Nuvola Ravera integrate natural and local materials into intimate vessels that echo the elements of our own watery bodies. Marco Giordano and Real Madrid’s sculptural installations evoke the erotics of subterranean space, queering organic and everyday objects as containers for liquid and vocal emission. Elisa Strinna’s video work navigates the nuanced channels of the Mediterranean Sea, while the Sicilian collective Femminote’s purchasing project Isola delle Femmine enacts the emancipatory potential of a borderless territory.
The artworks presented explore ‘saltwater as passage, saltwater as the medium of transport, saltwater as sweaty sign of our bodies’ exertions and tearful signs of our capacity for affect’ in the words of art historian Griselda Pollock. Traversing sculpture, sound, video and drawing, the wave is a connective thread that evokes movement between our bodies and the bodies of water around us, giving texture to the resonance of voices, the passage of sound, and unseen natural depths. As the world adjusts to the reality of its isolated enclaves, how will our subjectivities be nurtured within the walls of our houses, our grottos, and our oceans? How are systems of communication intervening to form new spheres of thought and connectivity? In both the exhibition and accompanying online platform, Waves Between Us engages with these questions, inviting artists to wrestle with myths, virality, and sonic experimentation to test new ways of being together.
Tags ALMARE, Bea Bonafini, Benni Bosetto, Binta Diaw, Daily Lazy Exhibition., Elisa Strinna, Femminote, Fondazione Sandretto Re Rebaudengo, Nuvola Ravera, Raffaela Naldi Rossano, Real Madrid
Newer Post Older Post Home