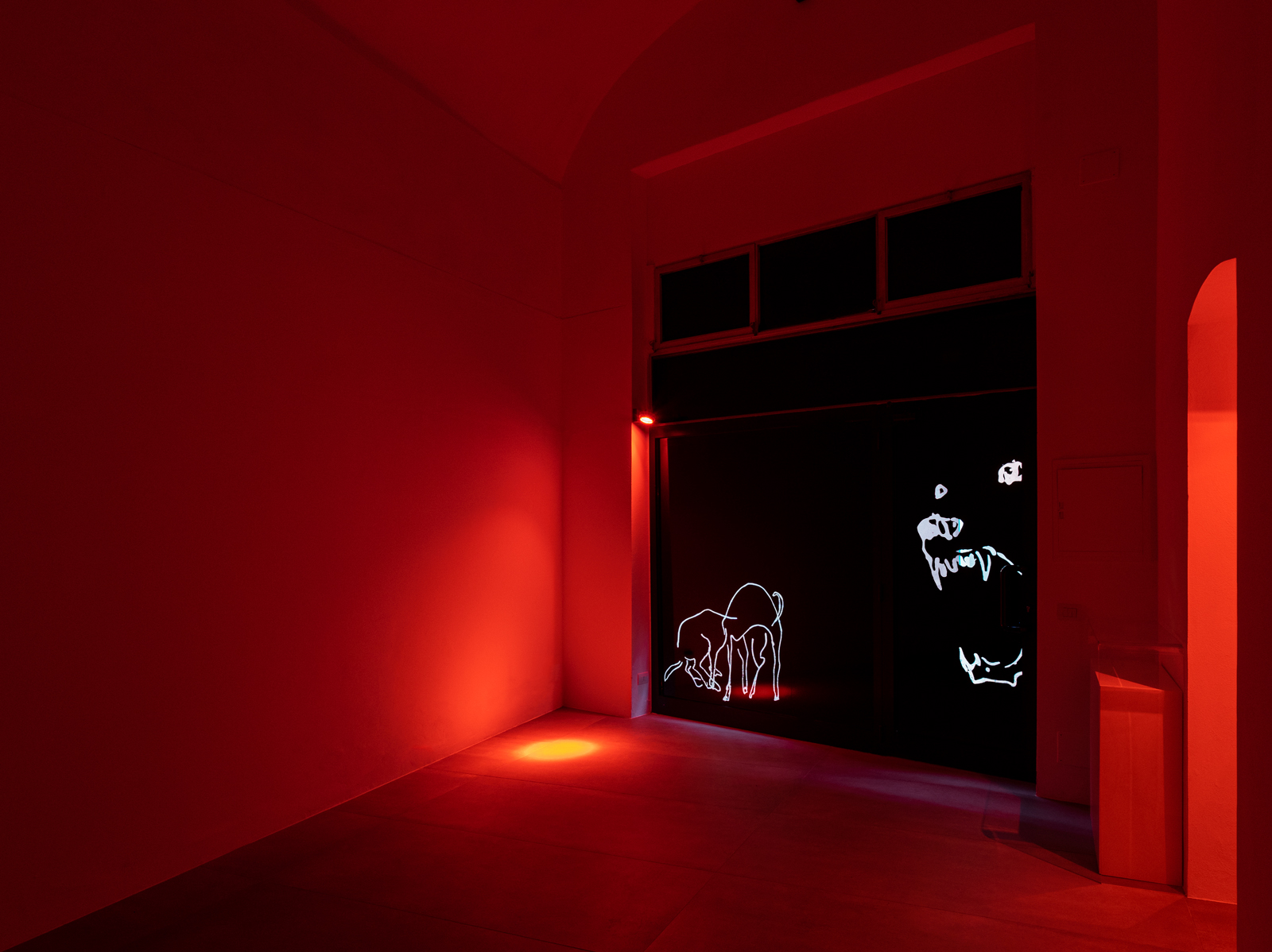 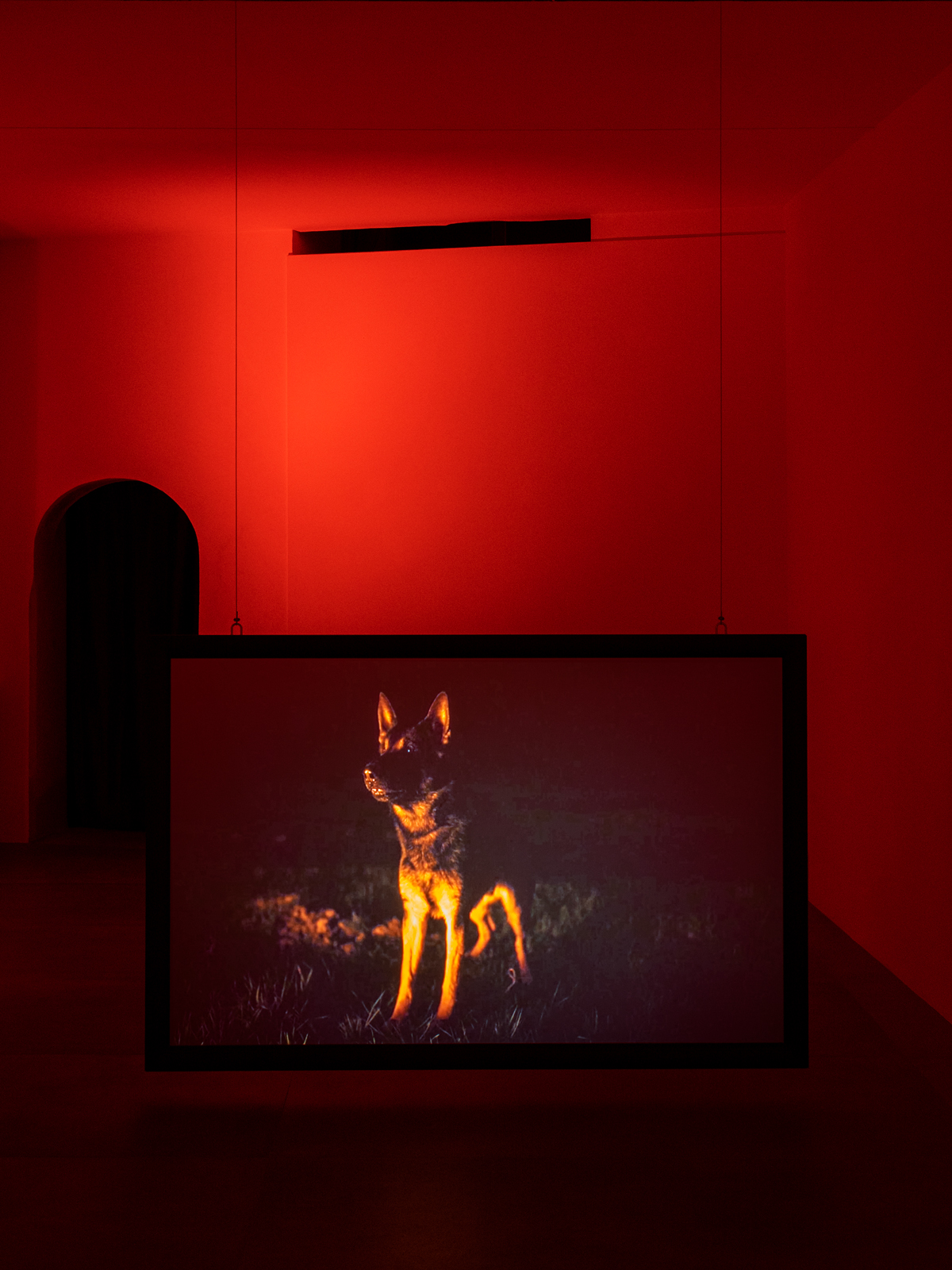 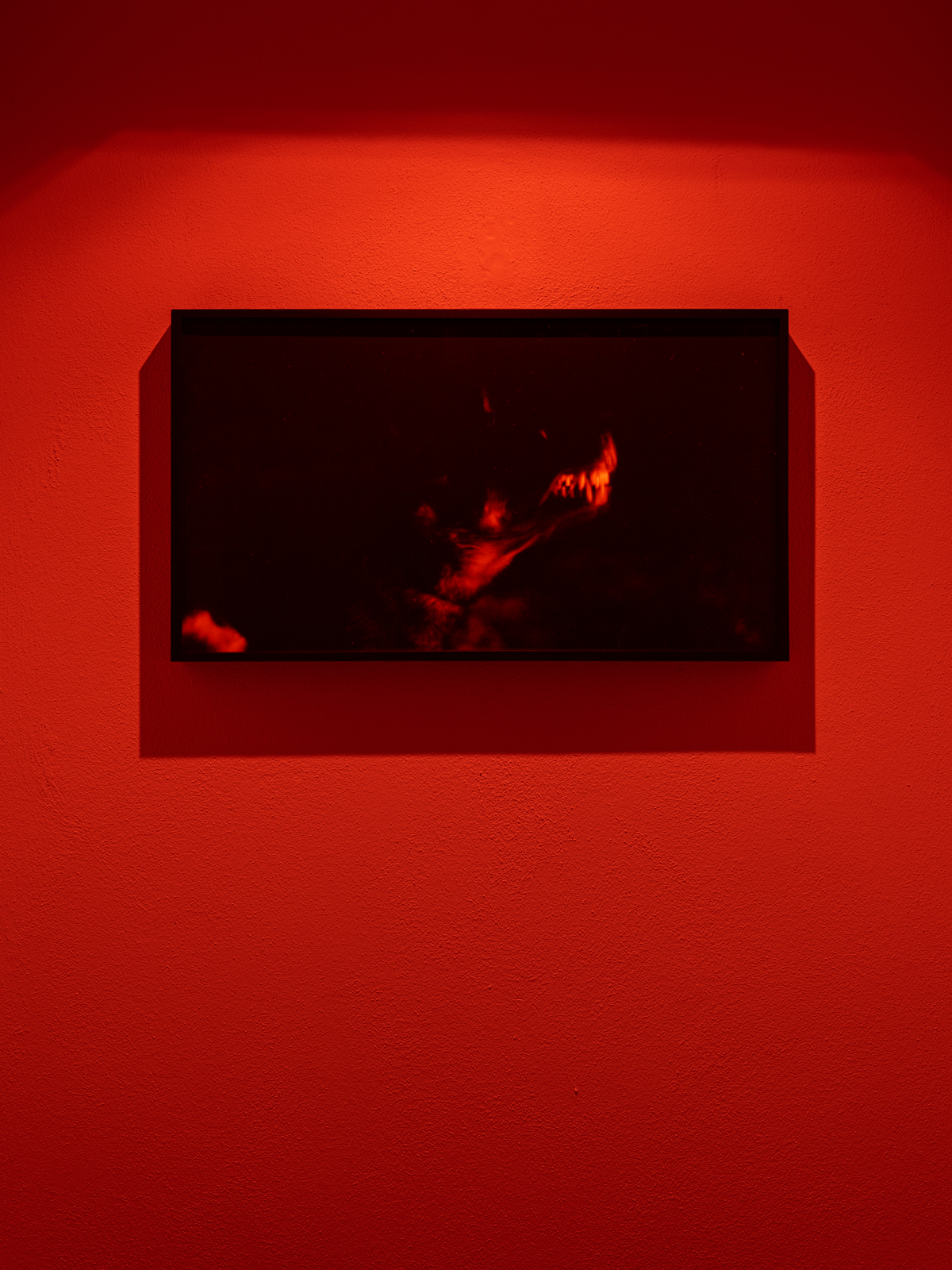 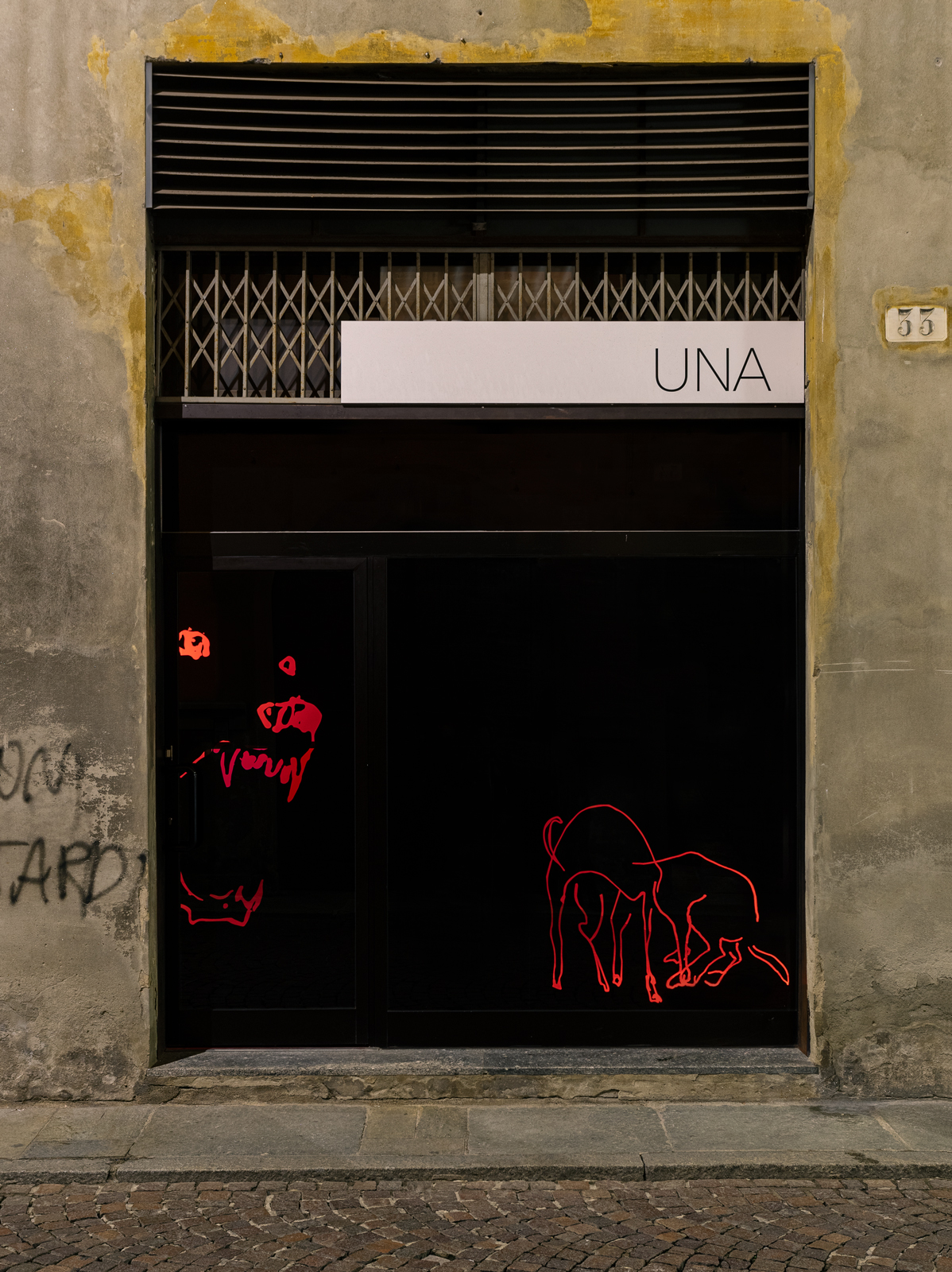 Photo credits Marco Fava and the artist
Surrounded by half darkness and illuminated by a suffused red light, the space of the gallery is inhabited by dogs. These animals reveal themselves in their ancestral form of wolves, converting themselves from "man's best friends" to fearsome beasts. The dog figures, whether reproduced through window-glass drawings, photographs or videos, appear tense and aggressive, far from their usual domesticated form. An alarming cave canem awaits us at the doorstep, it almost seems to invite us not to cross it. Inside, we stand in front of 55 (cane), a video that shows the figure of a dog, surrounded by the darkness, barking at something that is on fire. It is not clear what the object of his anguish is but, in some way, that same anguish becomes ours. We recognise the same dog in two photographs in which the glow of the fre shows his teeth gritted in a hostile growl. Following the artist's research on the relationship between reality and fiction, between man, nature and the animal world, cari cani focuses on the state of domestication as a form of control. Although man is apparently absent from the installation, he is completely involved in it. In fact, through the light, a key in Furian's work, human presence is evoked and the access to knowledge is given: the red light of the fire, the element that defines the gap between human technique and animal instinct, allows us to witness what happens and to be possible protagonists in the darkness of the night.
Tags Daily Lazy Exhibition., Piacenza, UNA Galleria, Valentina Furian
Newer Post Older Post Home