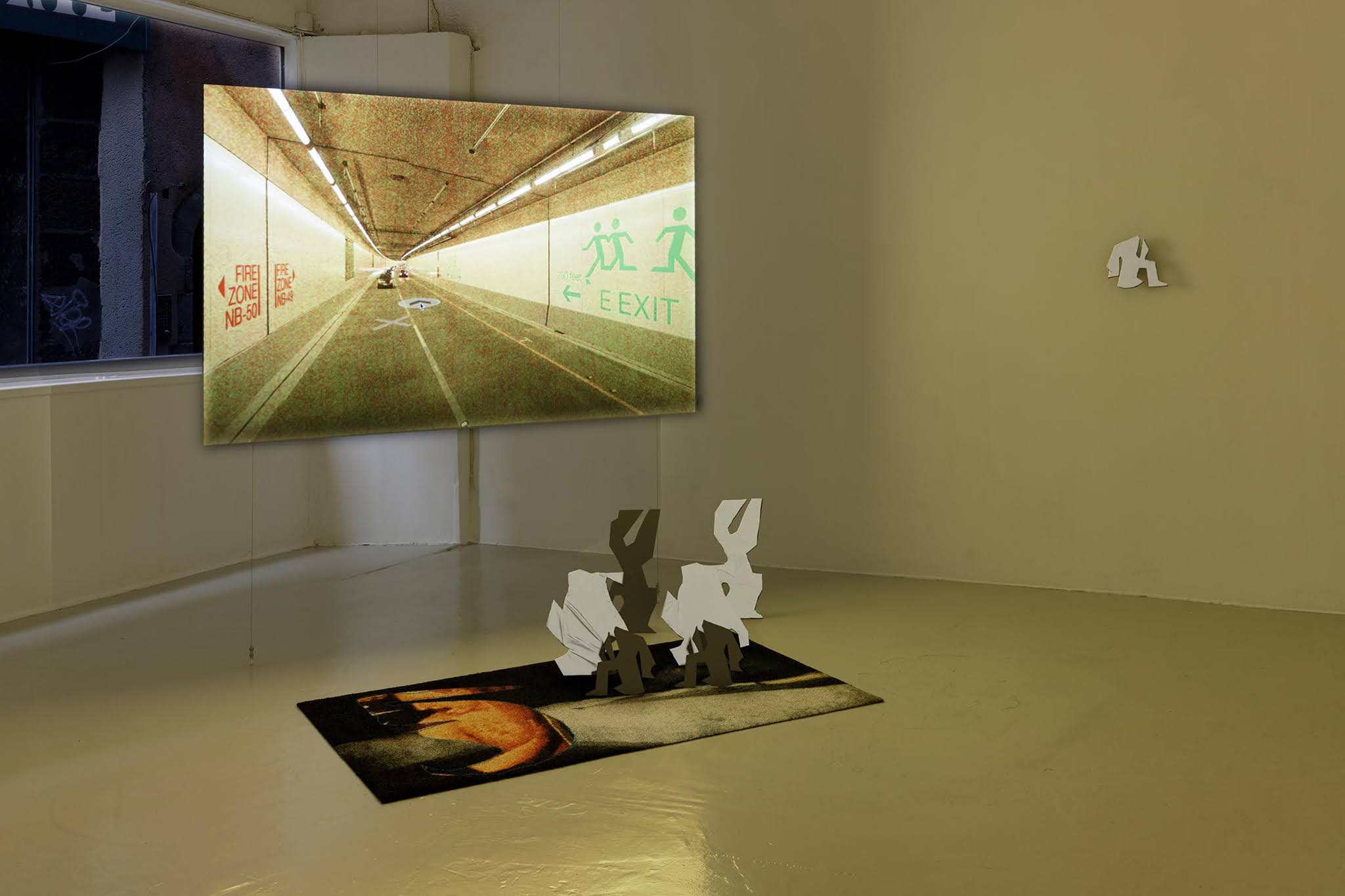 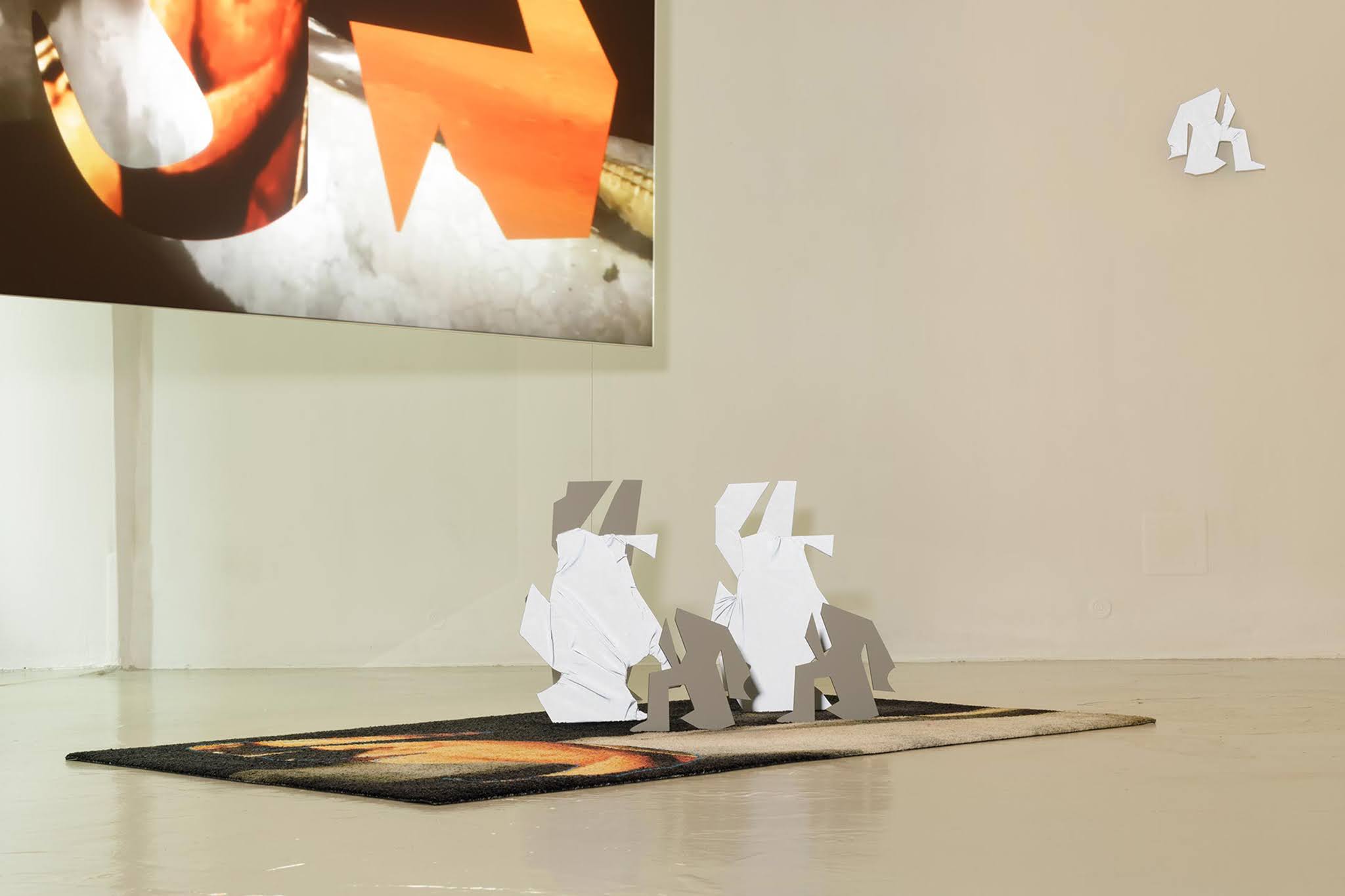 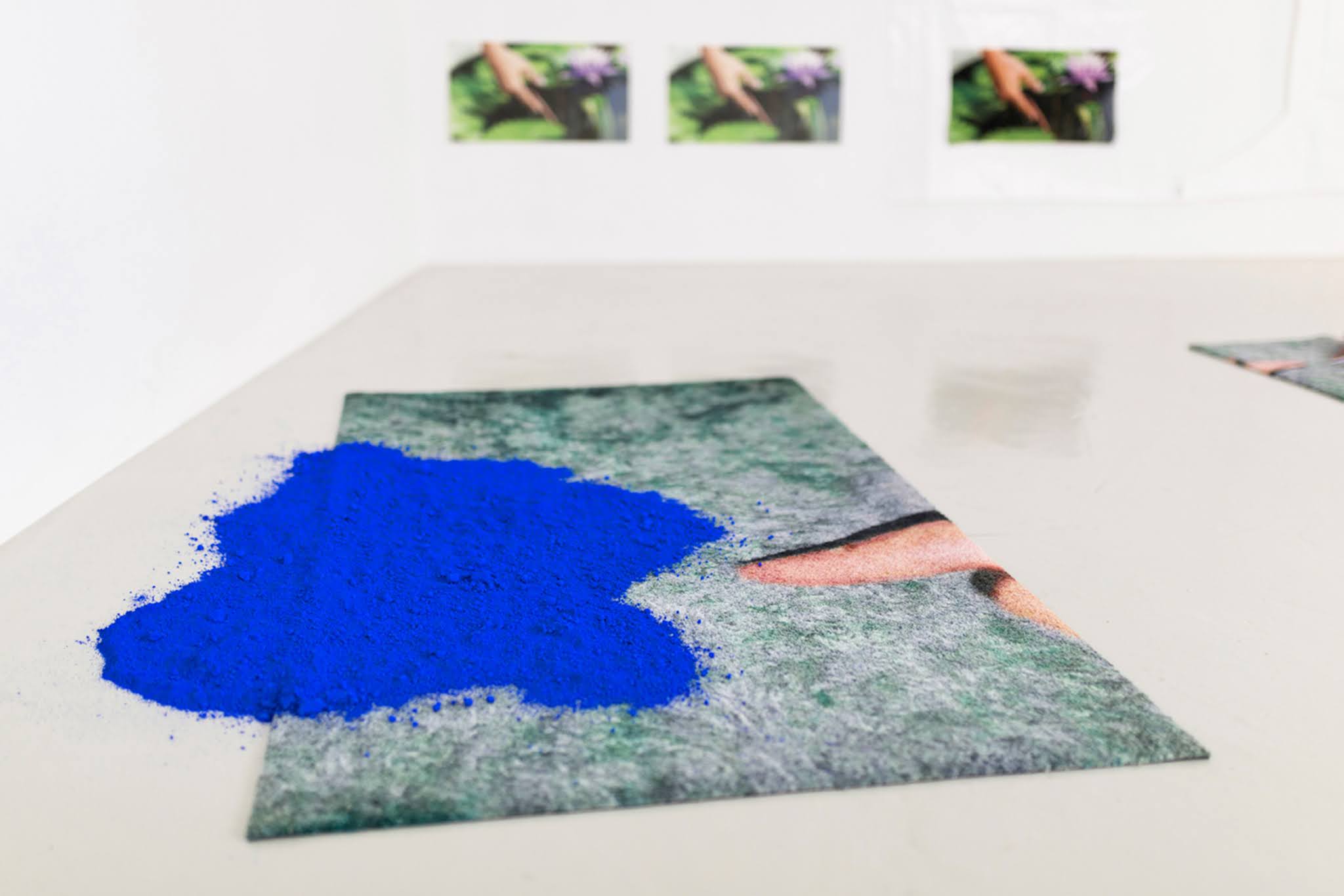 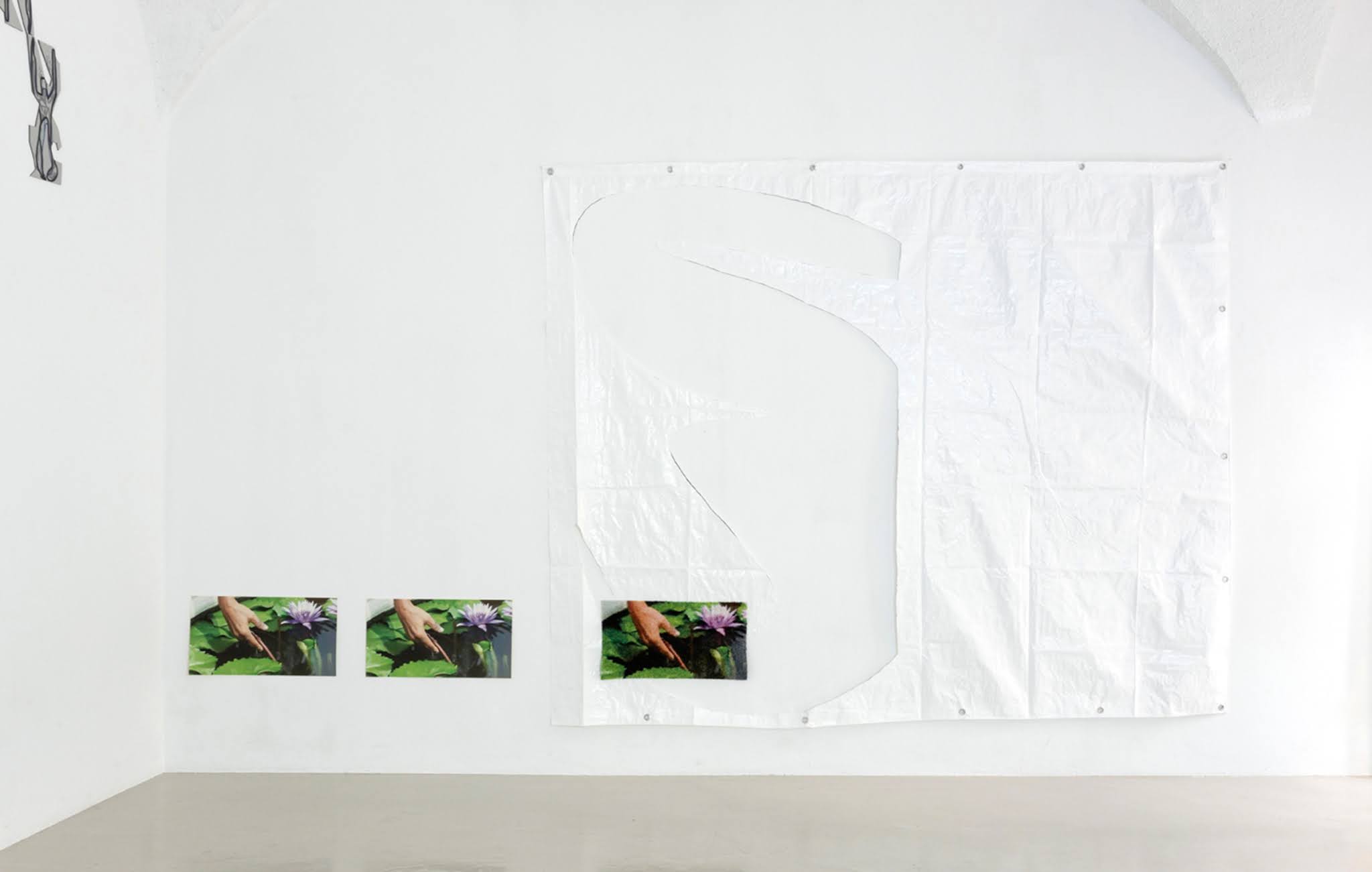 Courtesy of the artist and In extenso. Photo: Ludovic Combe
For her first solo exhibition in France, Norwegian artist Silje Linge Haaland presents Make circle move with finger, a newly produced sound and video installation in which she explores human behavior facing a reality loaded with ecstasy, despair and exhaustion.
The starting point of Make circle move with finger is the term ‘human chain,’ a collective and participative action where a group of persons link their arms together as a sign of social and political solidarity in order to reach a purpose through collaboration and organization. People make use of human chains in specific circumstances such as moving things quickly from one place to another, forming lines in public demonstrations, rescuing a person from the rough sea, or searching within a designated zone for a missing person or object.
As the result of the encounter between her camera-based investigations of landscapes, 3D animations and found footage, Silje Linge Haaland constantly interrogates and manipulates her natural and digital surroundings as a means to emphasize our hybrid reality. Operating like a surgeon, the artist extracts intriguing elements – still images and props from the scenery– letting them break out of the screen and into the room as duplicates or waste from the video. The exhibition space becomes indeed a transformative theatrical stage in which reflective shapes, carpets, pigments, compositions of light and shadows intertwine and amplify the narrated imagery.
Resonating or interfering from one scene to another, the flow of images establishes various layers of rhythm and energy. The artist deconstructs any linear and time-based narrative in the visual experience while silently revealing the underlying elements of the video: her technique of filming, the recurring circular movement, the immersive sound composition and the lurking feeling of missing someone or something.
The video begins with a 3D animation of Pampas grass surrounded by a semi desertic landscape, spinning on its axis and accentuating the circularity of the narrative. In a dark atmosphere, the images follow one another in a lively flow: a mouse pointer looks through an undefined Google maps landscape by lingering on apparently futile details; someone holds a pigeon in their hands while trying to hypnotize it with the circular movement of a finger; a series of intertwined hands dance on the screen’s surface before distorting into abstract, liquid shapes; a cellphone vibrates announcing the presence of water– another fundamental element of the video. The soundscape is inspired by the sound of dripping water giving the visual impression that the video has been poured out of a glass of water.
The rhythm of visions accelerates by unveiling fragments of experiences and perceptions in the absence of a clear connection: a couple of kids are dancing on a stage; a man flips upside down, and back again on his canoe; a close up on a violinist divides two 3D renderings that depict different containers filled with water.
The camera’s eye inspects the surrounding landscapes, gazing without really seeing, as if it were affected by a myopic attitude. Although the characters and their gestures point at something to potentially reveal the precise interpretation, the flowing images portray a series of non-places, generic landscapes without any significant elements to situate them, making it impossible to extrapolate a narrative. As a result, the work attempts to convey a feeling of a lack of clarifying details in a perpetual state of questioning… Am I lost? Am I going in circle?
The state of searching is emotionally and physically exhausting due to the intensity and the effort to find alternative ways to search. The pursuit for what is missing never stops, like the flow of images and information unfolding by the video. By adopting the term “desperation-animations” to describe her works, the artist aims to create a parallel between the vibrating intensity and the chaotic overlapping of her visual sequences with the growing condition of exhaustion of our reality. Silje Linge Haaland considers that reality has been exponentially expanded and satiated, culminating in its complete exhaustion due to the dominating power of technology and overwhelming presence of information and misinformation.
The sound was composed by musicians Vera Dvale and Christian Dugstad.
Tags Daily Lazy Exhibition., In Extenso, Silje Linge Haaland
Newer Post Older Post Home