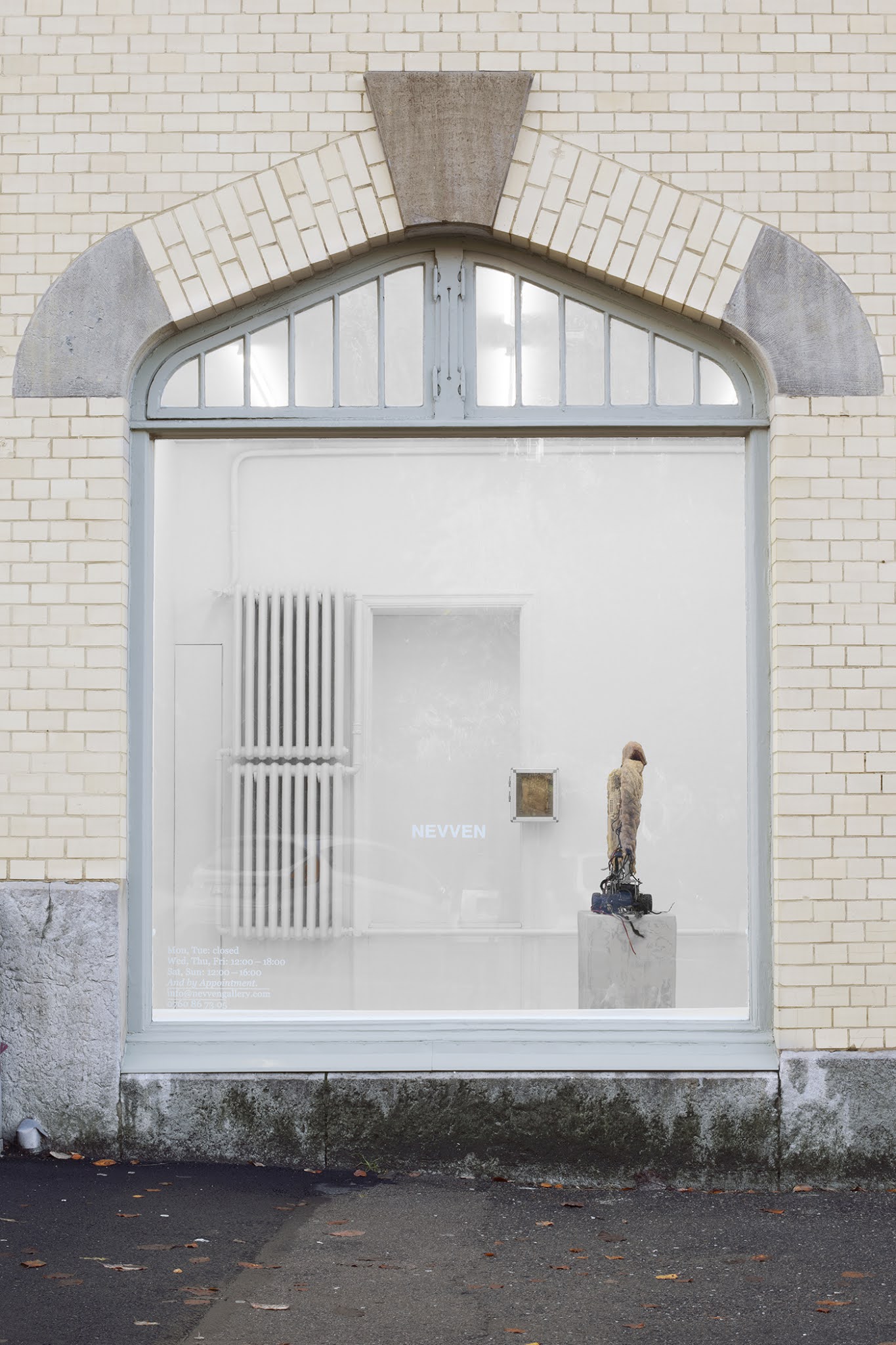 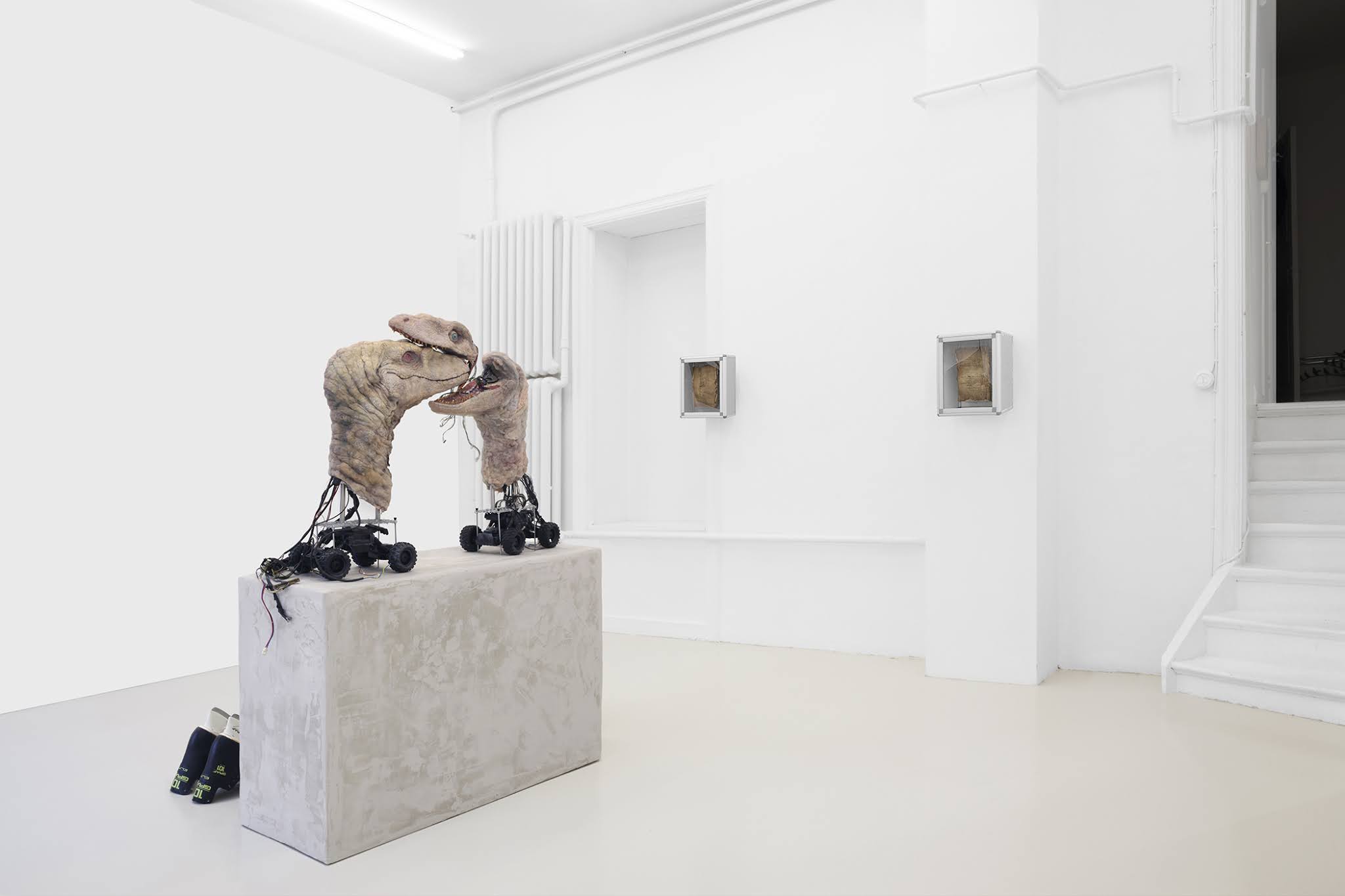 All pictures courtesy of NEVVEN and Michele Gabriele.

NEVVEN is proud to present Ode to the Shitty Situations and Tragicomic Events in an Artist’s Life, a solo show by Italian artist Michele Gabriele, presenting an installation of his hyperrealistic signature style sculptures, using both his personal story and pop culture to question the nature of memory and sensorial experience in the post digital contemporary world.

In the book entitled The End Of Time: The Next Revolution in Our Understanding of the Universe, theoretical physicist Julian Barbour writes: “We do not see things as they are but as the brain interprets them for us.” Thus he tries to explain how time is perceived in a reality that is - accordingly to his theory - a timeless succession of separate moments, where past and future are just an illusion. In an artistically declined way, the works of Gabriele seem to assert the same and add to this assumption a question more: in such reality, what remains real? Masterly using synthetic and organic materials, resins and mechanical components, the Italian artist has been exploring throughout his whole career the border between art and fictional reality, between philosophy and pop culture phenomena, leaving behind a scary, irreverent and humorous trail of sculptures and memorable installations. The materials employed, defined and treated by the artists as ‘hyper- materials’, become instrumental to portray reality and its illusions in a way that wants to appear ‘more real than reality itself’. This specific approach to materiality and hyperrealistic figuration lies at the core of the artistic language used by Gabriele, and at the same time it is where his practice detaches the most from the tradition of hyperrealistic sculpture. The Italian artist, uninterested in the portraiture of the visible world as-it-is, presents us with a realistic portraiture of a surreal world, which is augmented and hypertrophic, similar to the reality and virtual experiences proper of contemporary pop culture, video games and movies. Gabriele’s sculptures materialise digital reality into the real world. They are grounded in an unique sensibility about digital experience and materials, their symbology and meaningful existence as fictional and real objects - which brings to mind Object Oriented Ontology - and intersects philosophical and psychological questions through idiosyncratic discourses.

The works included in Ode to the Shitty Situations and Tragicomic Events in an Artist’s Life start from the personal story of Gabriele as an artist in Italy. Conceived initially as a sort of monument to the worst or ‘most tragicomical’ experiences in his professional life, these sculptures, upon further investigation, conceptually yield a reflection on the way in which our memory and experience function, their validity and corruptibility. The pieces become symbols of a past no longer needed to be remembered, or maybe, no longer possible to be remembered as it really happened. The unintelligible text in the manuscripts, meticulously created by the artist, brings with it glitching memories, important to be preserved yet lost in their specificity, seemingly ancient, yet stored in shattered, futuristic containers. This series, at the core of the exhibition, is completed by It’s Always so Hard to Admit That Things Are Different Than What We Had Believed at First Sight. The sculpture, featuring two Velociraptor’s heads, invites us to take even a step further and possibly question the foundations of reality itself. Here Gabriele is showing not a corrupted memory from the past (or the future), but a distorted image from a surreal possible present. These figures, replicas of the creatures in the movie Jurassic Park, look plausible to our eyes as a consequence of our familiarity with one of the most viewed movies of all time, and with this conundrum Gabriele - together with physics - humorously leaves us to question our perception of reality, memory and experience in the contemporary post digital world we live in.