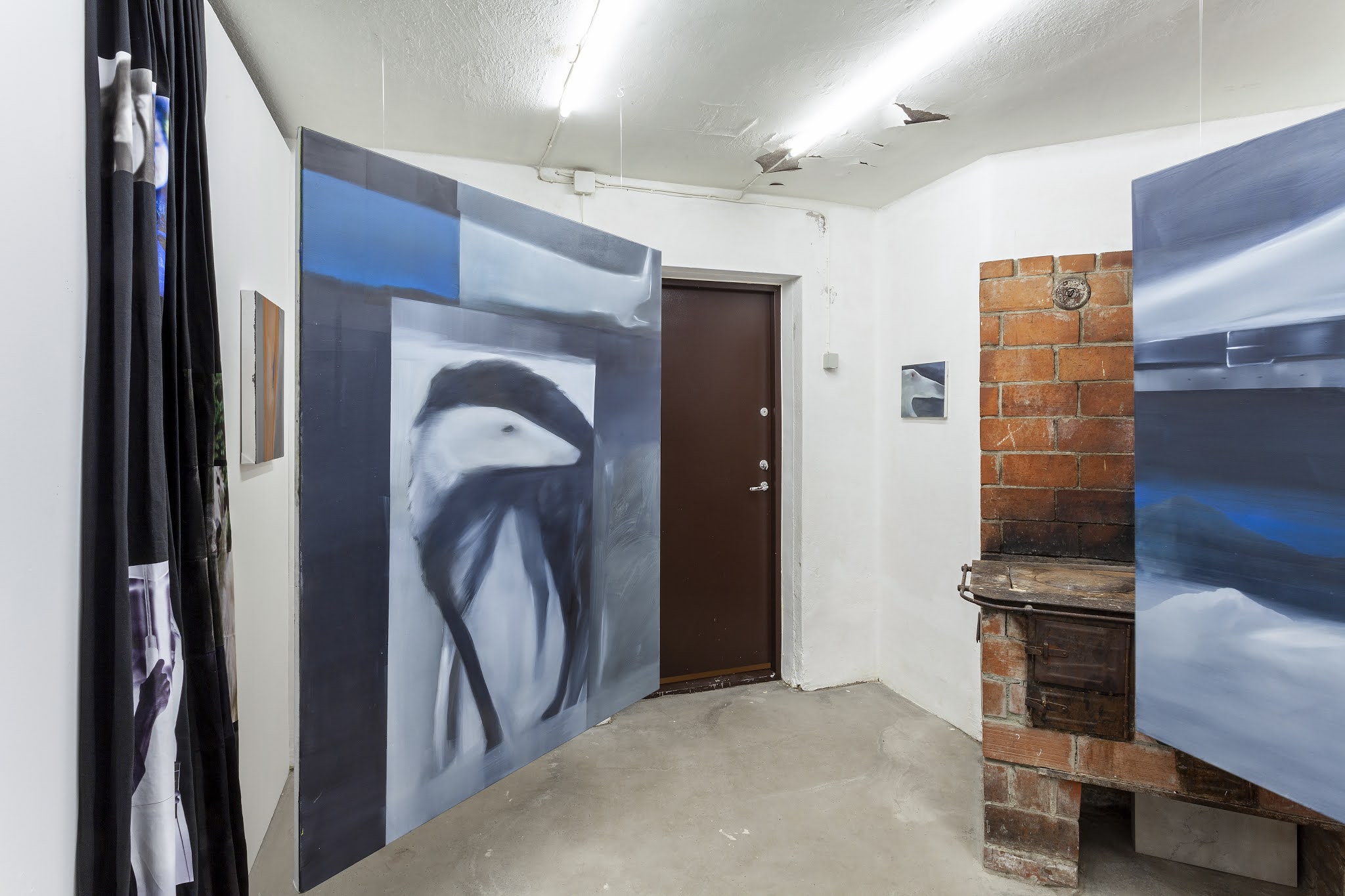 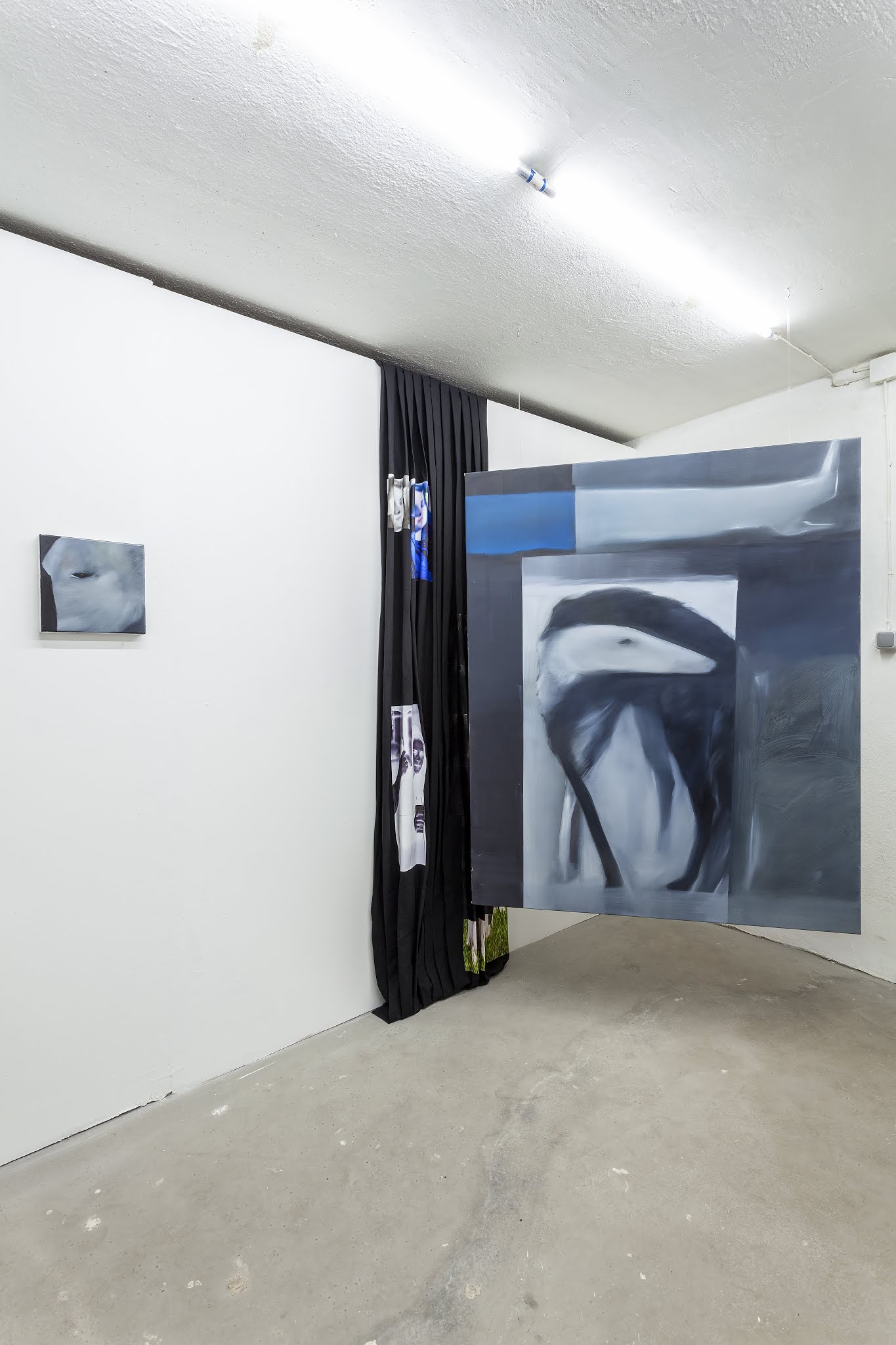 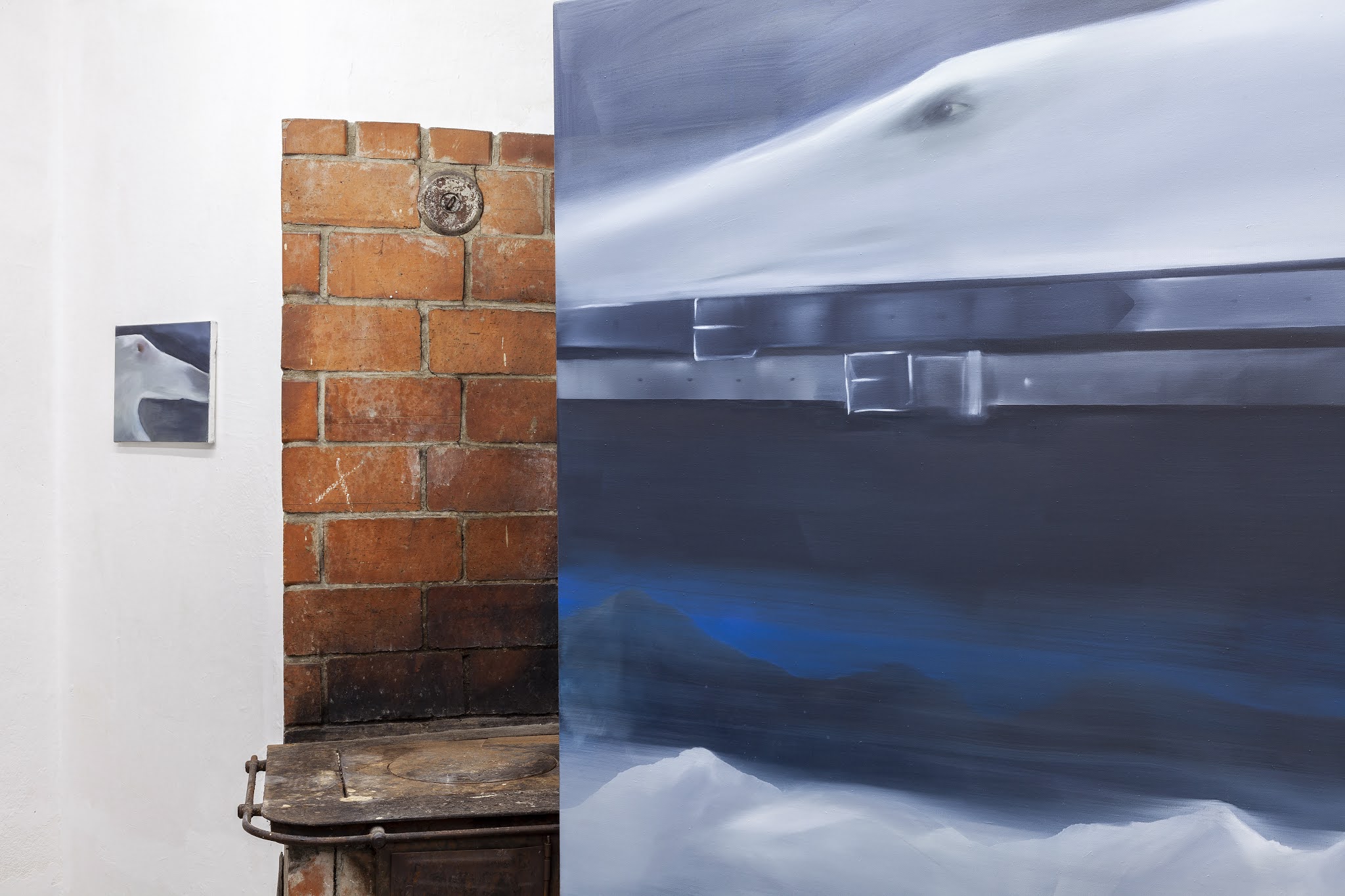 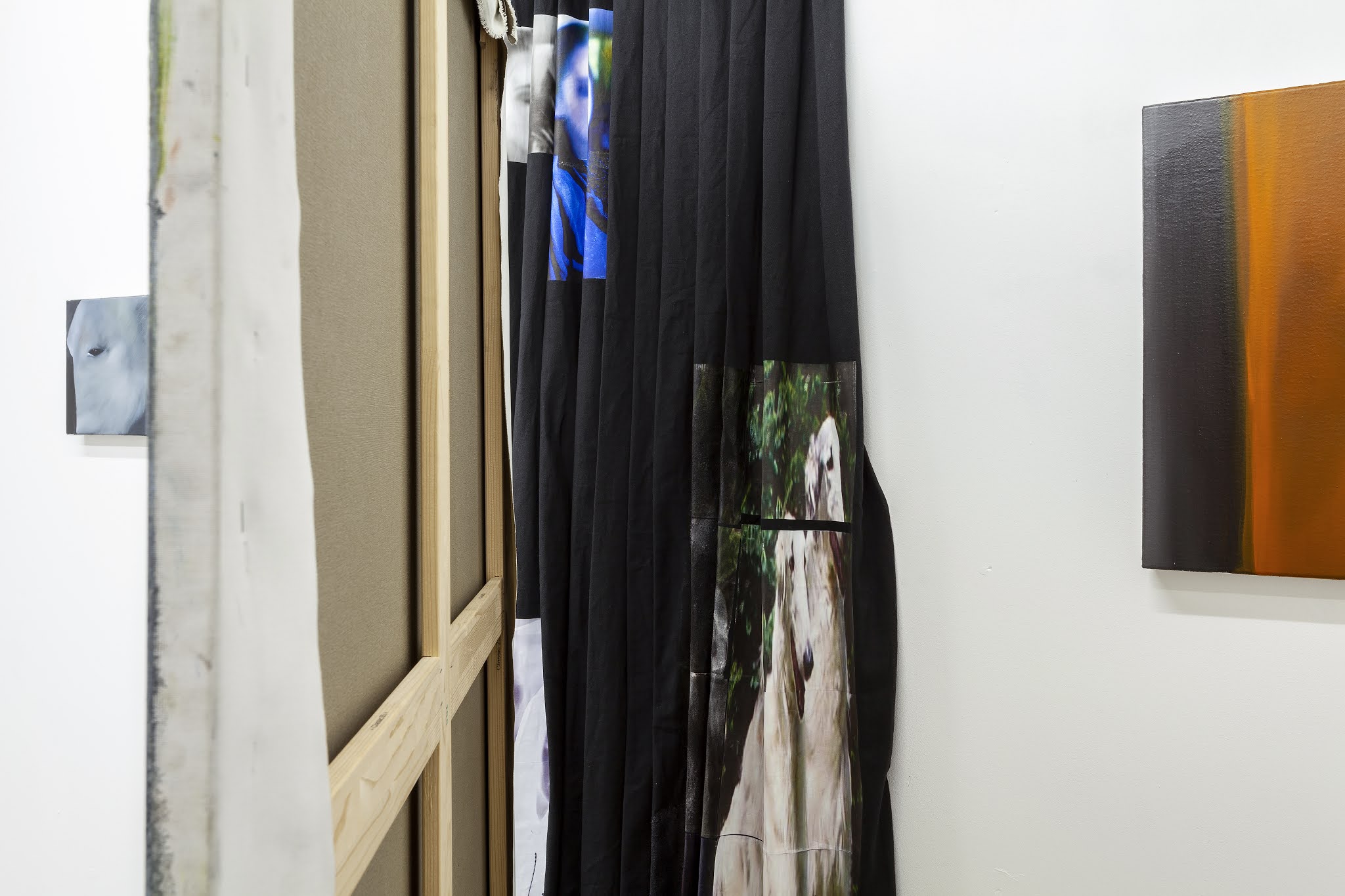 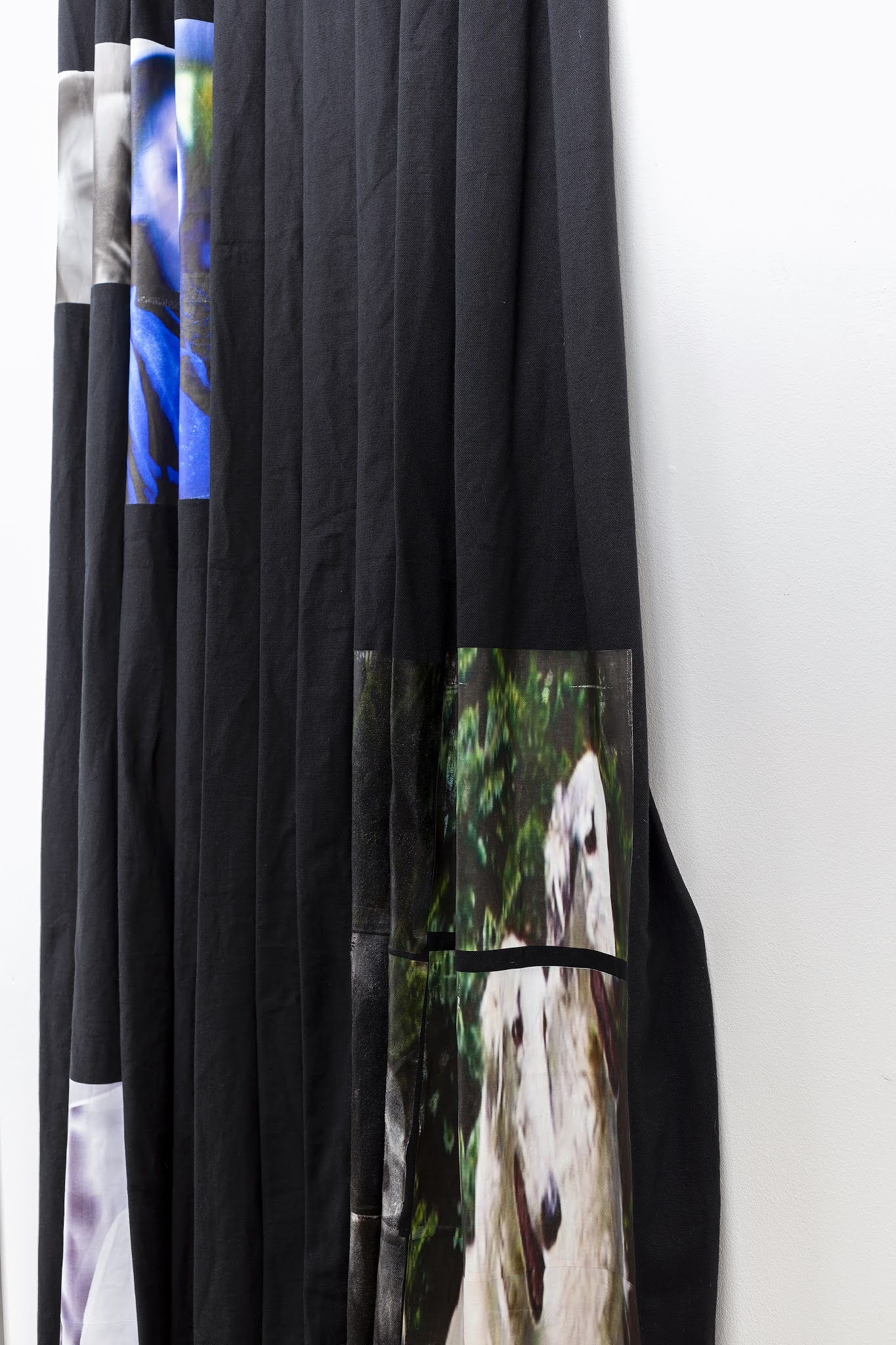 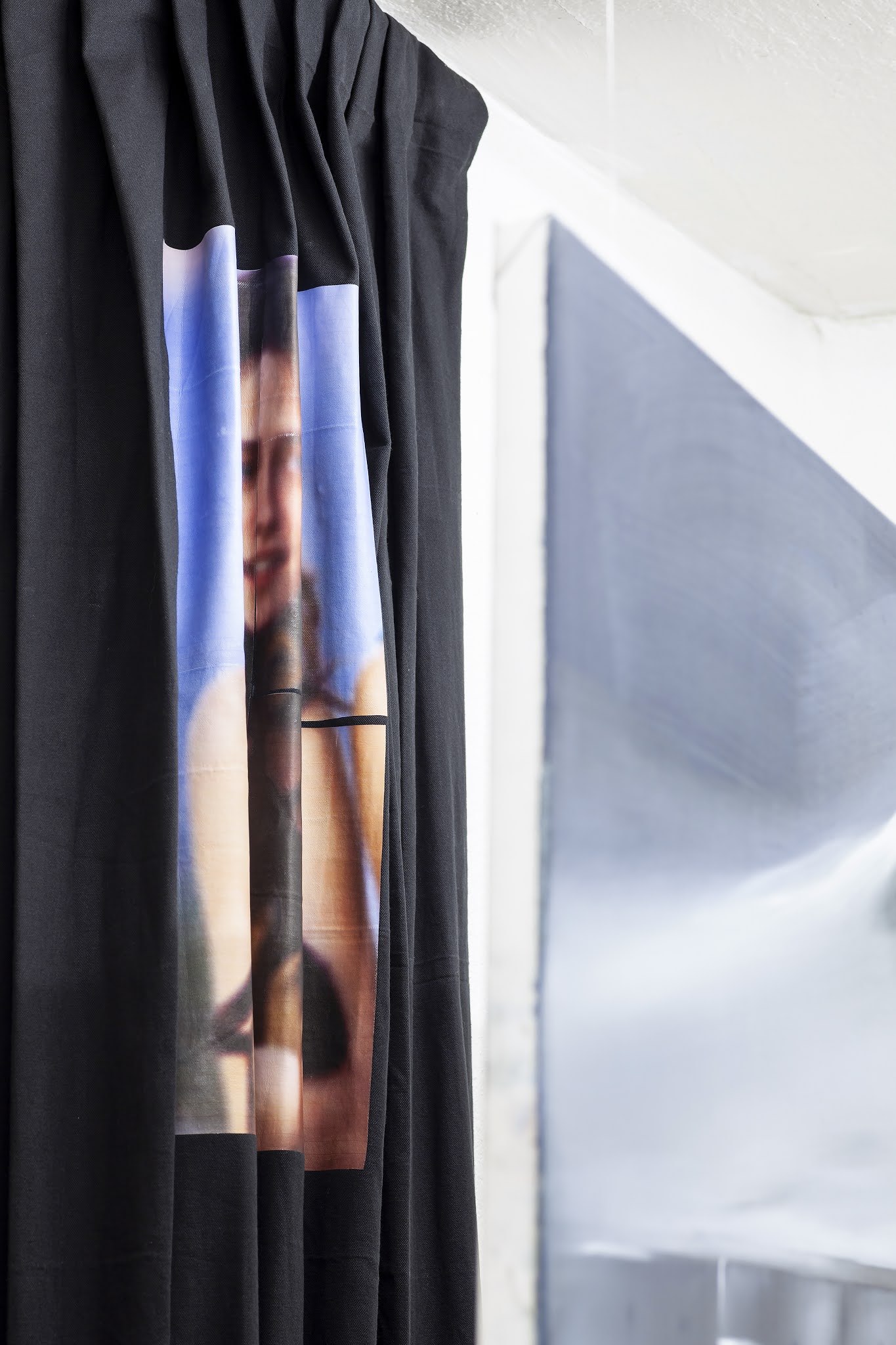 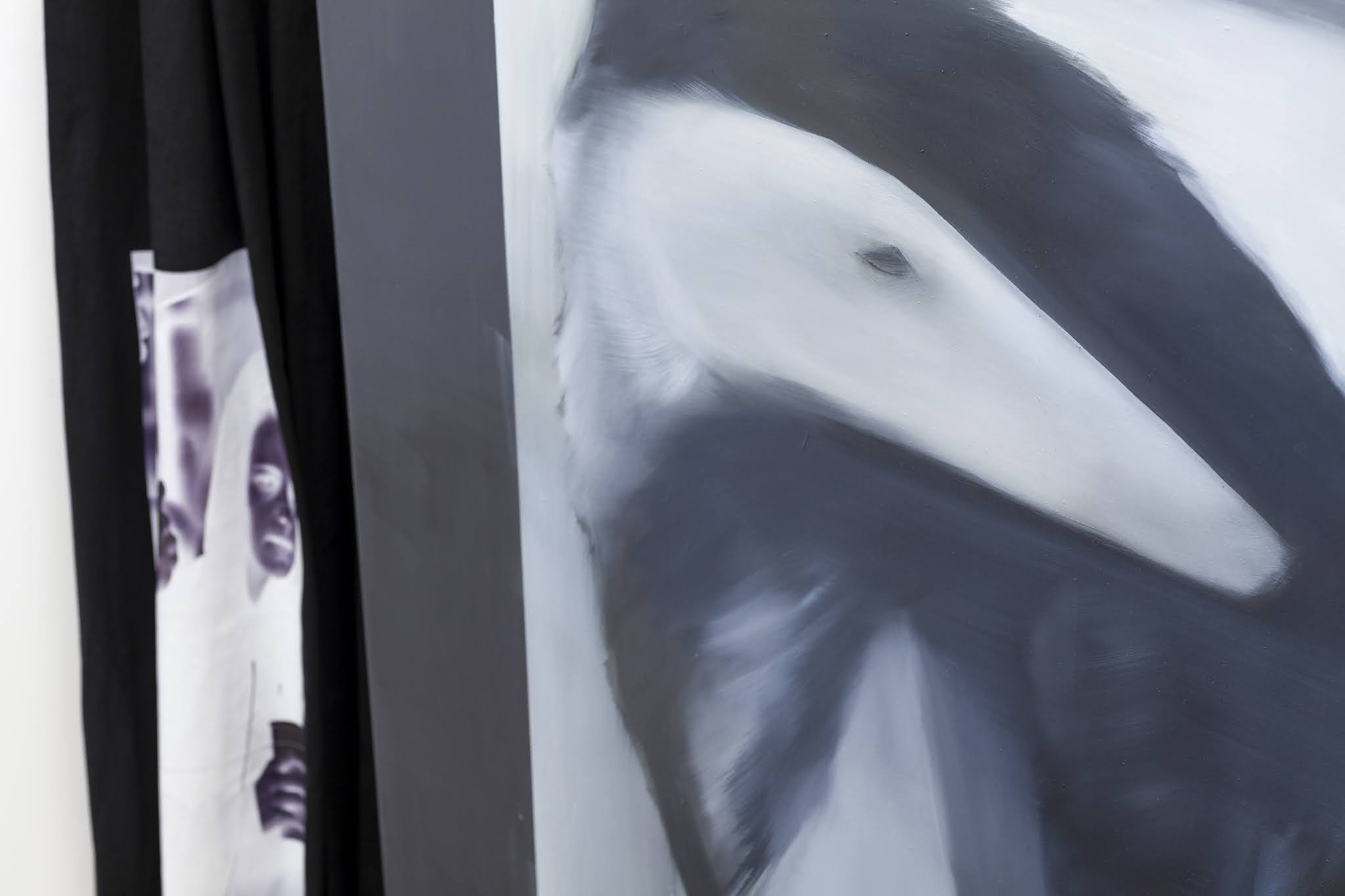 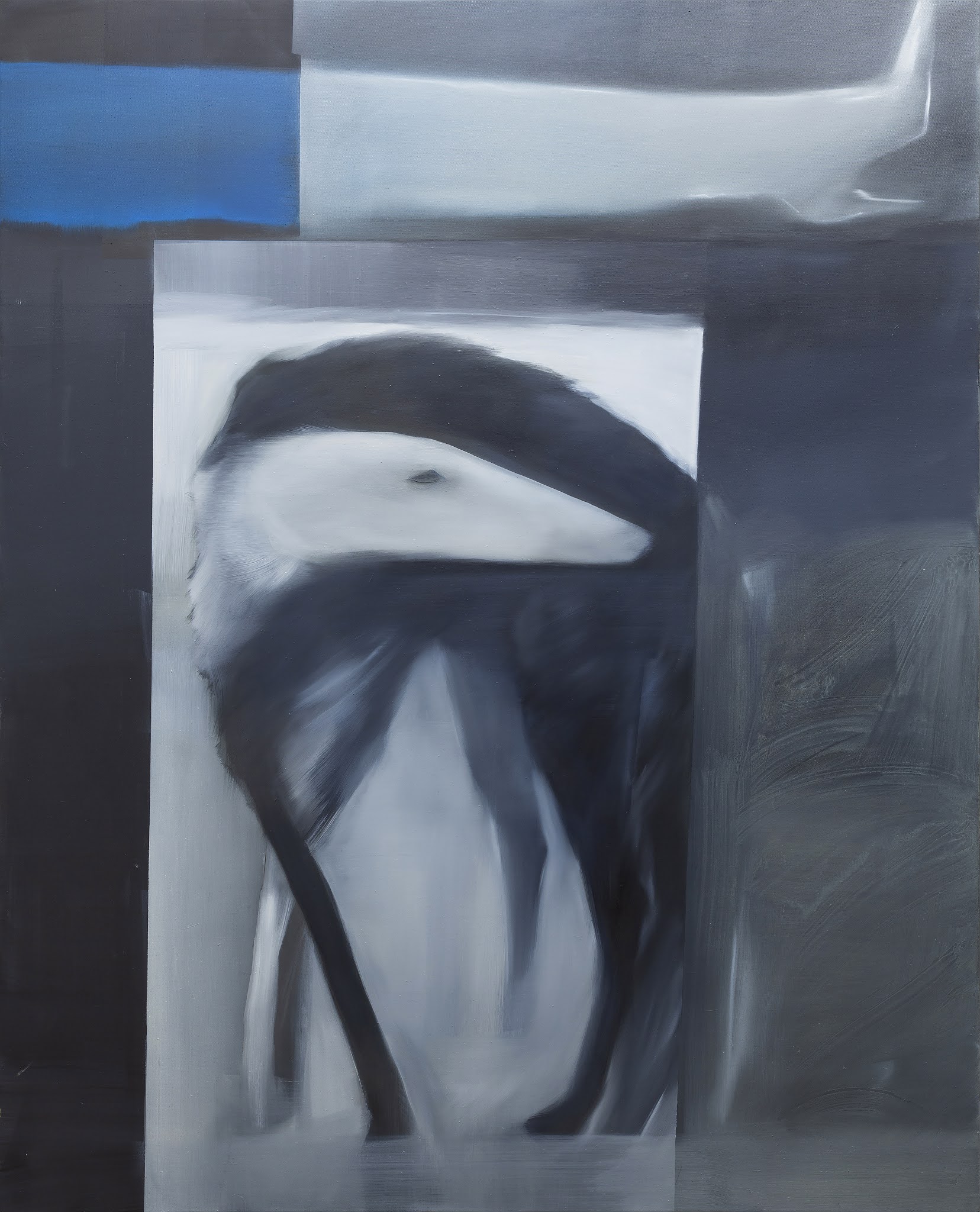 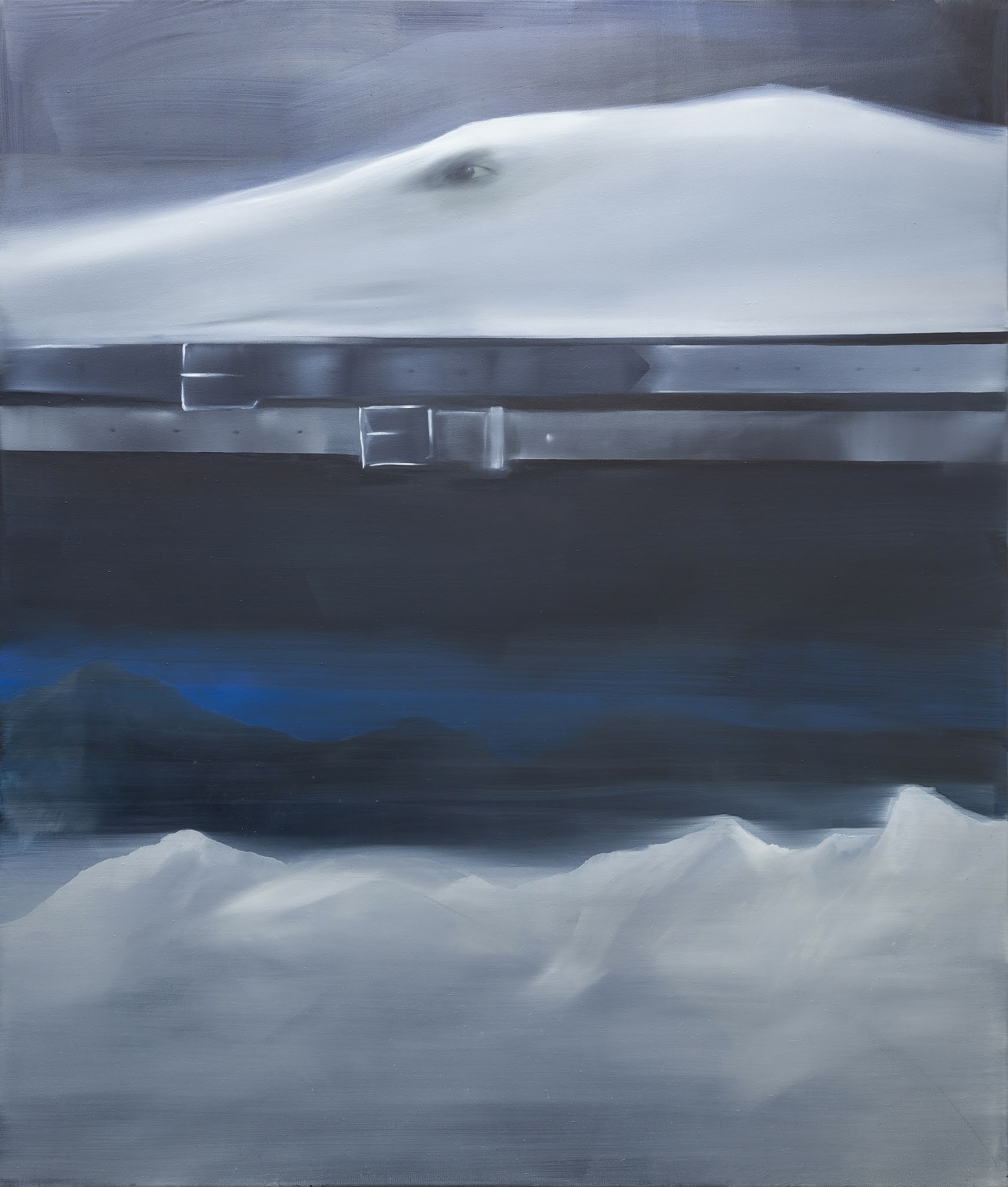 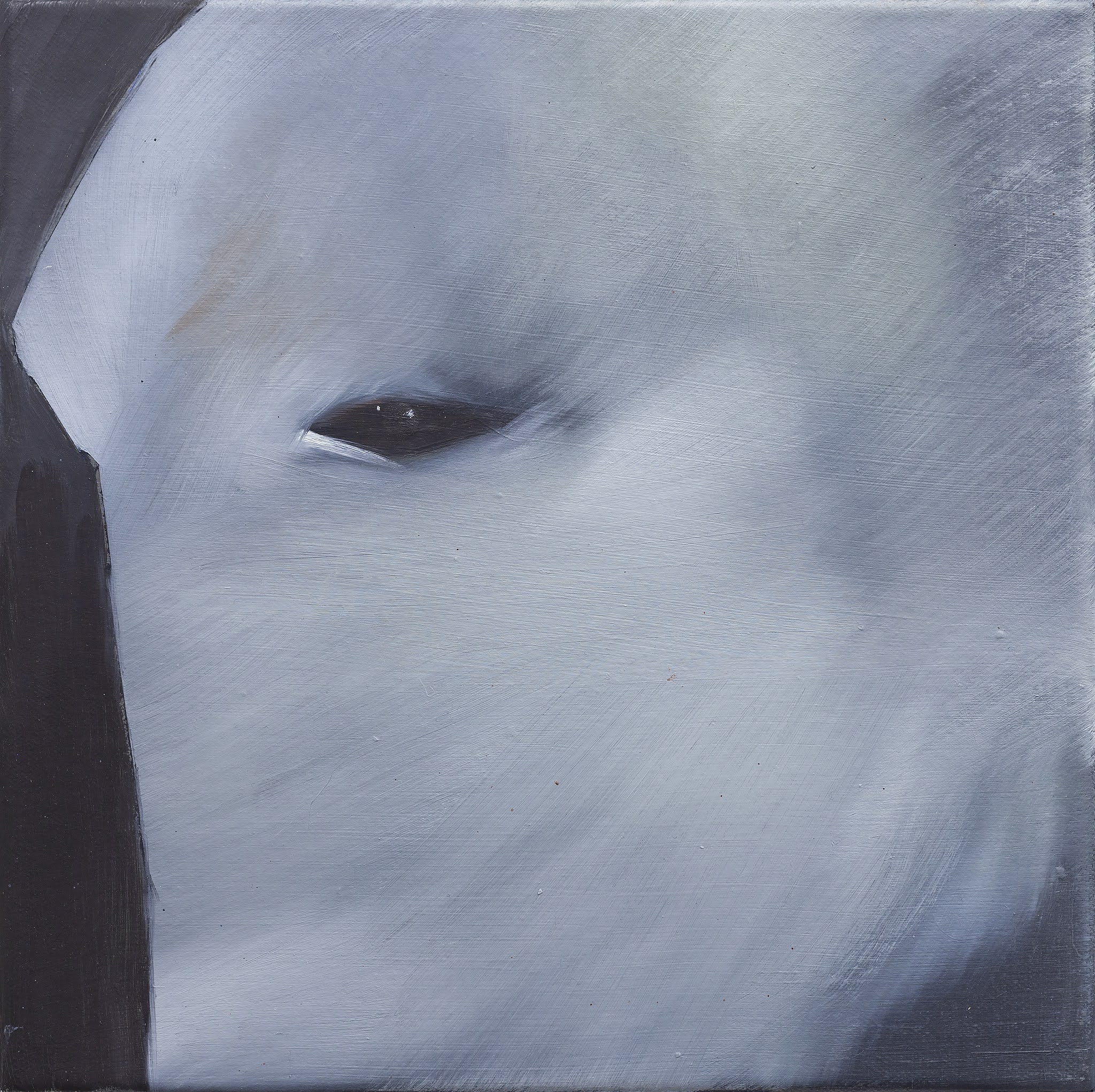 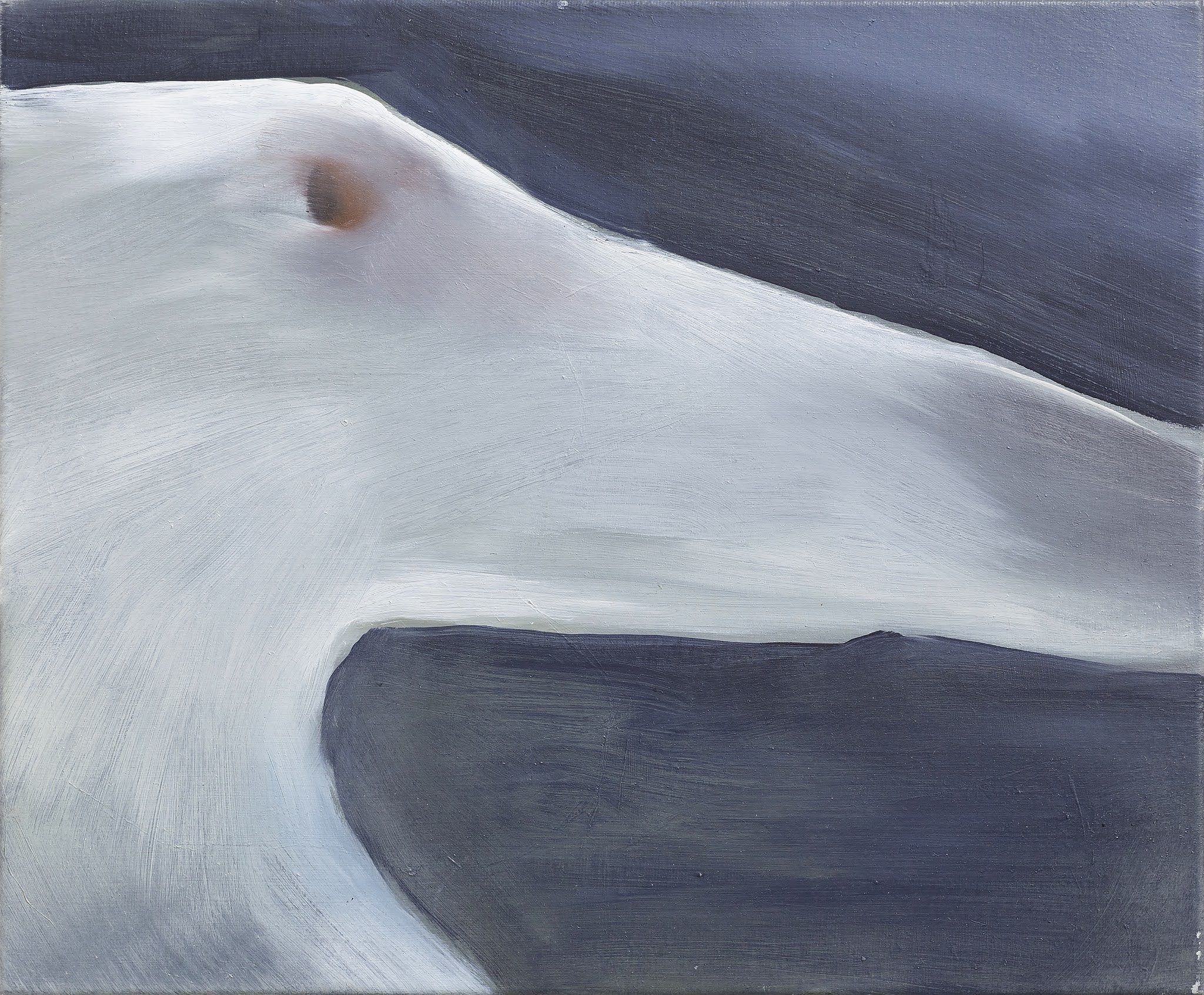 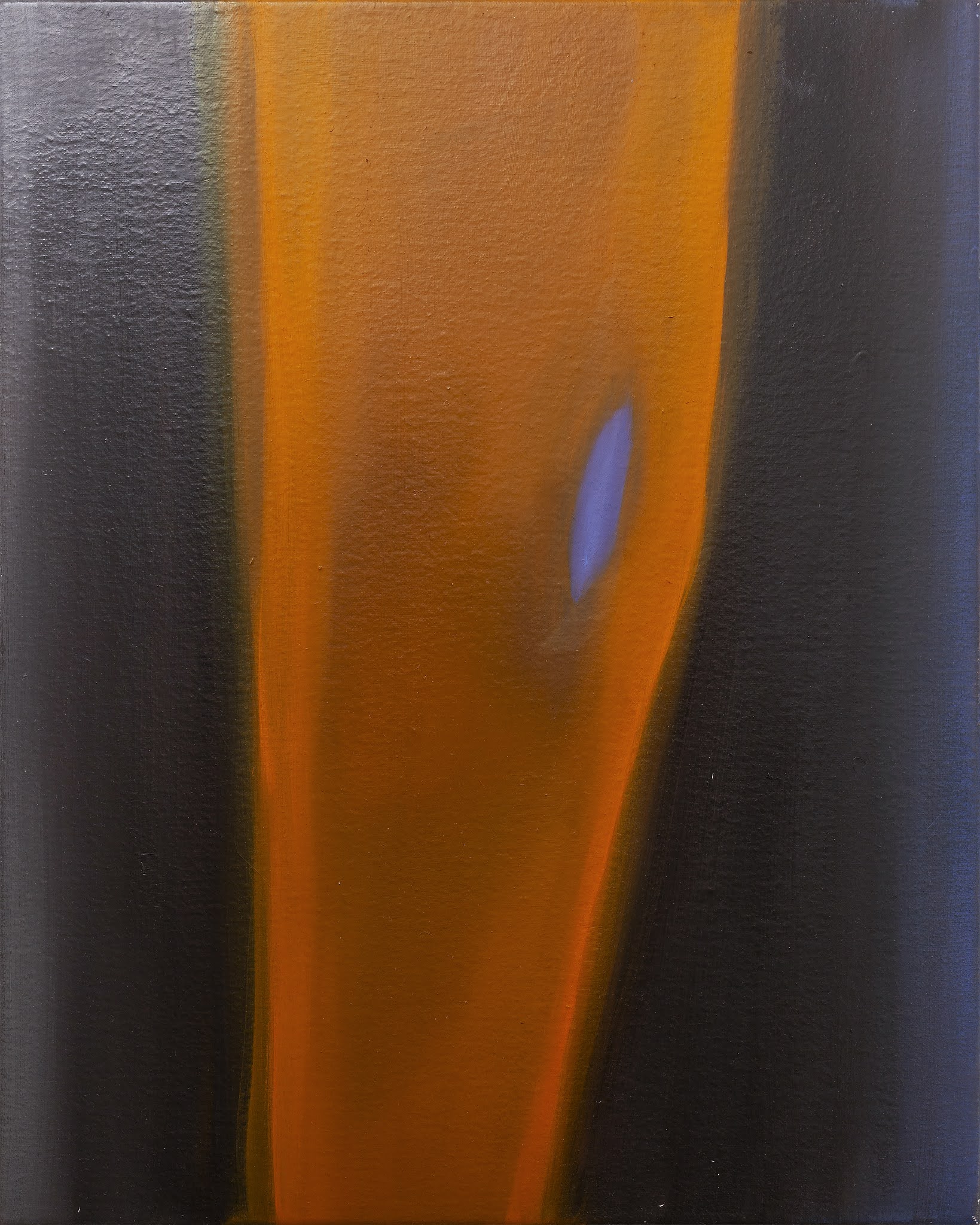 D: To tell the truth I believe in licking shiny surfaces. Gnawing on patent leather boots. Being scared of the dark night and unknowingly letting it engulf my body and finding the irrationality of jumping into a bottomless lake exhilarating. I am a dog and I live like a dog. My name is Dog. I guess mostly I believe there is a bottom in the lake that would gently lift me back up from the murky water.

G: What colour is the water?

D: The grey you get when you mix cobalt blue and van dyke brown and maybe some raw umber. I put on the joker make up and jump into the lake and when I come up in the morning with the sun it is all washed off.

G: I thought you lived in the desert?

D: Listen, the things I say may not be true, but what they say about me, undoubtedly are. It’s not a true story, but lies convey a truth that no real events could ever compare to.

D: Is it a coincidence that I’m called a Dog and the one I’m looking for is my name backwards? Pascal said that the human mind is naturally inclined to believe and lacking real objects it clings to false ones. But what about my mind? A dog’s mind?

G: I’m just trying to understand why you feel the need to lie to me. You’re paying me £80 to sit on this couch for 50 minutes every week.

D: Can one live in this world any other way than as a liar? A criminal? No

D: I just think my life would’ve been a lot easier if I wasn’t a dog. Or a fool. Or a clown. Maybe I could’ve been a MacArthur fellow or a sales assistant in Loewe or a gazelle like model or a hostess at the Deutsche Bank lounge.

Sometimes I put on a transparent clown mask hoping the lurkers will see through it and notice my real face but usually they don’t. I fool them, but in the end I am still the fool!

I said a little prayer and before you say I can’t pray, for I am a dog, I will tell you what Simone Weil said: praying is just giving something your full attention. And I was giving you my full attention and guess what! I caught you! Sometimes I am prey, other times I pray.

G: The reason you’re a dog and live like a dog and don’t have the life you think you desire is so that you can come here and sit on this couch and spend time with me.

D: Maybe I could’ve written the next big novel or painted the next big masterpiece but all I got was to roam around like a dog and procure a bunch of credit card debt. I will never understand post-irony or work at the Frieze art fair or even visit it for that matter. I compulsively walk around Regent’s Park most days.

G: It’s sacred in itself.

Maalid 2020 is as a search for a protagonist among familiar motifs. With sincerity and lightness Metsis reassembles them in an unexpected way. Forming a new narrative, her work gives us insight into one side of the story of progress in this severely escalated moment of 2020.

Reflected on the hills of an unknown landscape, governed by a dog and gripped tightly with leather belts Can one live in any other way than as a criminal? No raises questions of ownership and otherness. The painting ponders who we become within the capitalist system, where the function of everything and everyone is to produce. Is there room for sincerity within these boundaries?

The question of ownership is also raised in Display (Ecclesiastes). Leather boot unveiling itself from darkness, tempting a dog in search. A powerplay where no one knows what’s at stake. The crosswise running figures cut each other off in a nonviolent way, dominance is not clearly expressed. There is still no protagonist and the notion of sovereignty is as abstract as before. The dog and the boot start shaping an alternative chronology. Brought up in Post-Soviet Estonia but having spent the last 10 years in London, Metsis is looking at the outcomes of two opposing historical narratives. By rearranging symbols familiar from western art history, Metsis finds a meeting point of these two stories in the neoliberal now.

As the dog in the accompanying text quoting Blaise Pascal ruminates – if we don’t believe in real objects and cling to false ones, what do we believe in?

2020 has revealed us the horrors of global systems, forcing us to look deep inside ourselves. The inherent violence and repressiveness of capitalism tears down both the conceptual and the sincere. It is as we have all become historical characters in the neoliberal sense. In the stillness of the gallery the eternal gaze of each dog watching over the other questions who is the other in this very moment. Within the discourse of a west lead visual narrative, Metsis provides us with a different assemblage of power and history. With one that is a lot more fun and liberating.

Hidden behind the floating paintings, the pleated cloths ground us back in the space. As early as in the 10th century, during Lent the sensual colours and decorations of church interiors were covered with modest cloths that urged sorrowful self- reflection. Echoing this tradition, stretched out and blurred t-shirt prints of Kristen Stewart and a family of dogs become placeholders for the virgin and her saints.

Following the recent political events in Estonia it becomes clear that the collision of realities is hard to process and a lot to take in. Trying to make up for missing pieces by adapting to a bigger narrative does not lead to liberation. Referring to the Xenofeminist Manifesto: We are all alienated - but have we ever been otherwise? It is through, and not despite or alienated condition that we

can free ourselves from the muck of immediacy. Freedom is not a given - and it’s certainly not given by anything “natural”.

thing as a more righteous history, every system is repressive and all we have is us. - Mariann Metsis & Niina Ulfsak