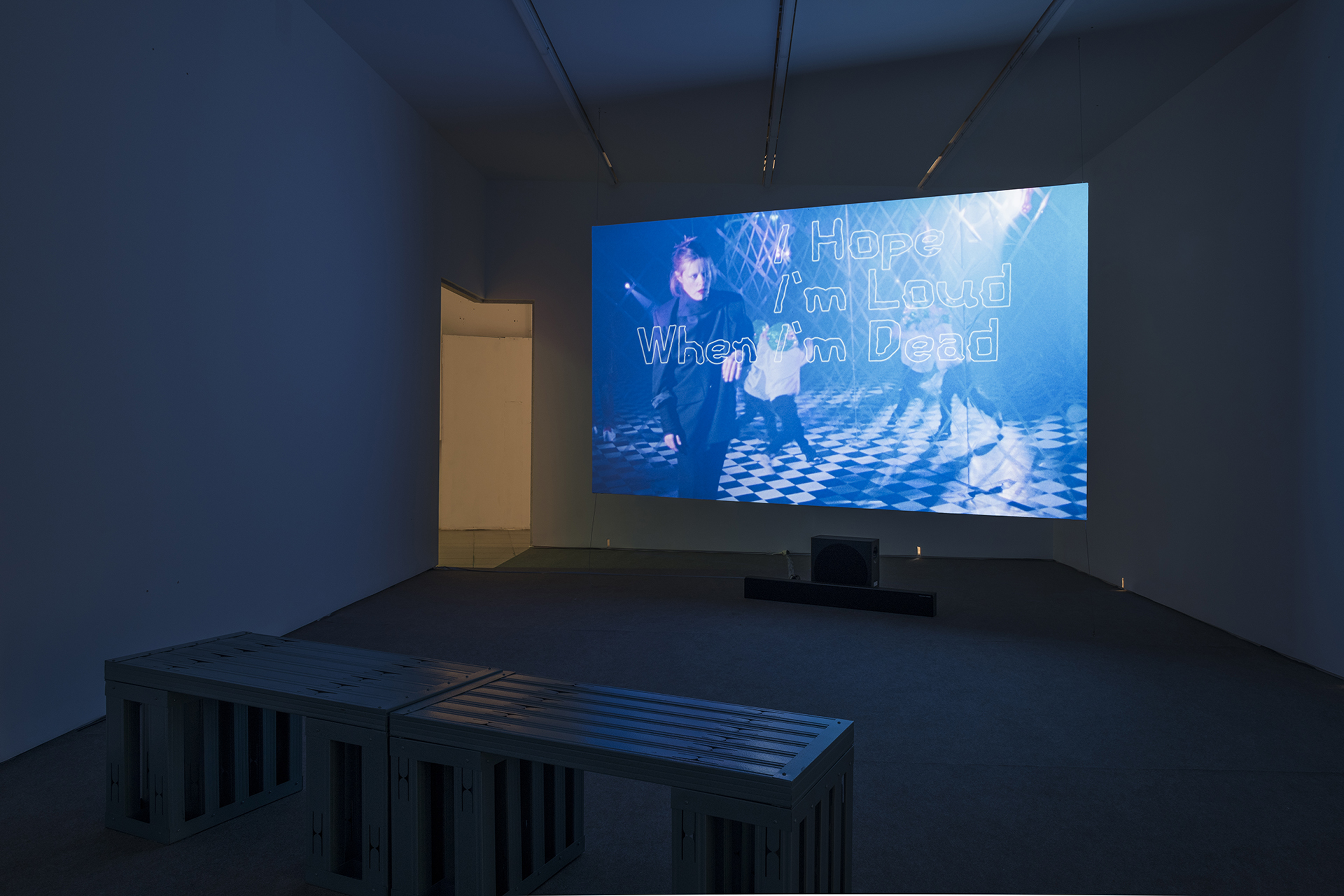 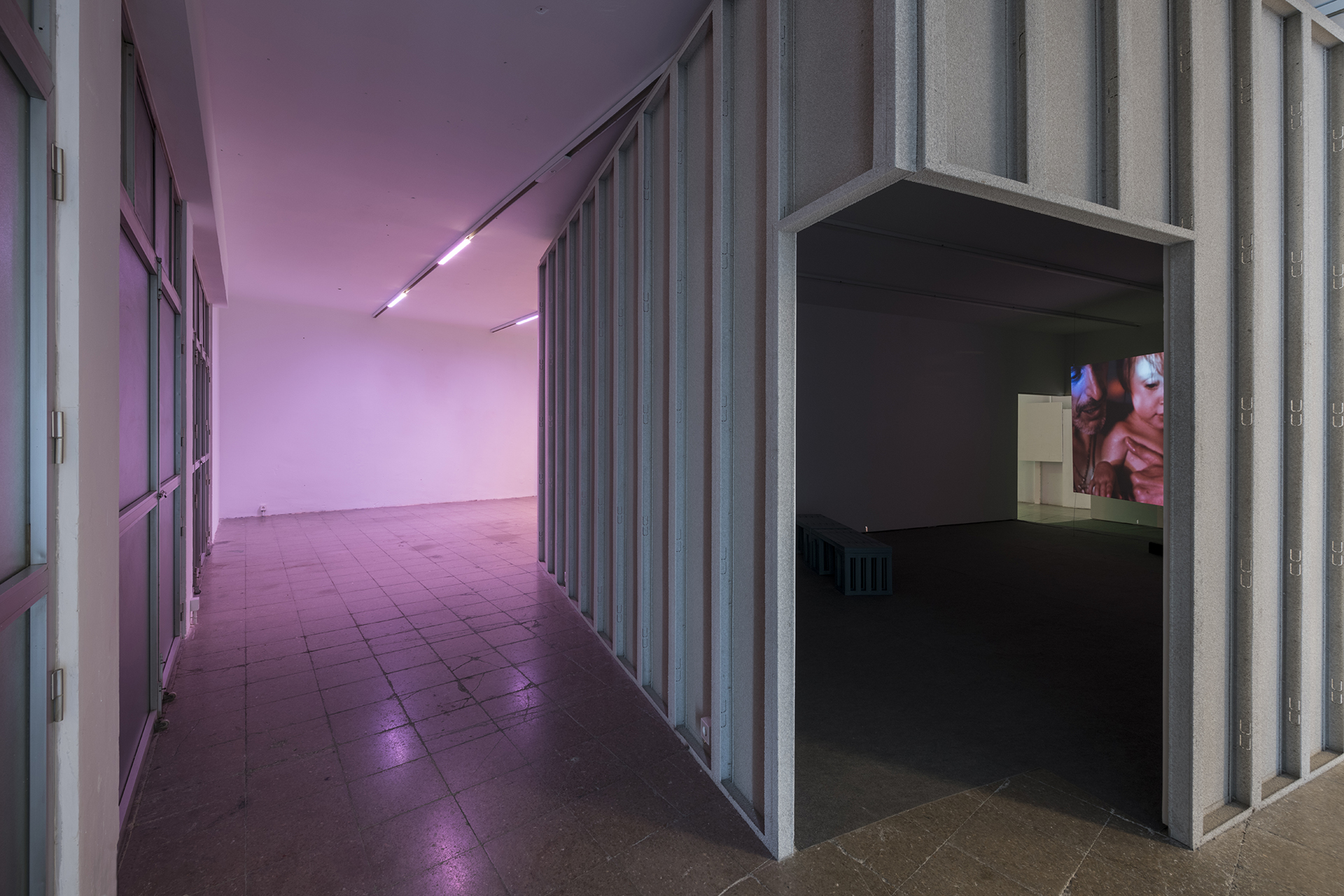 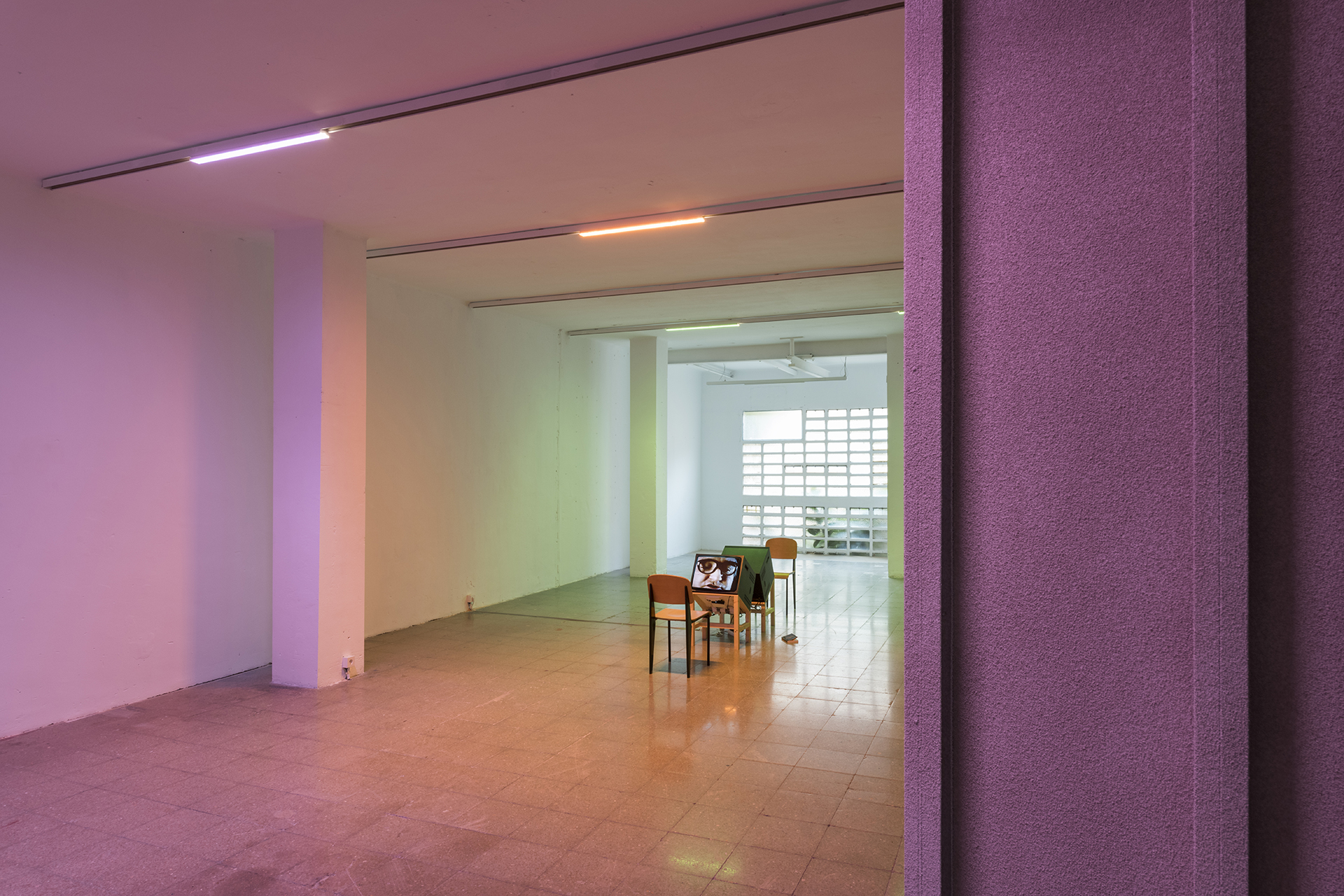 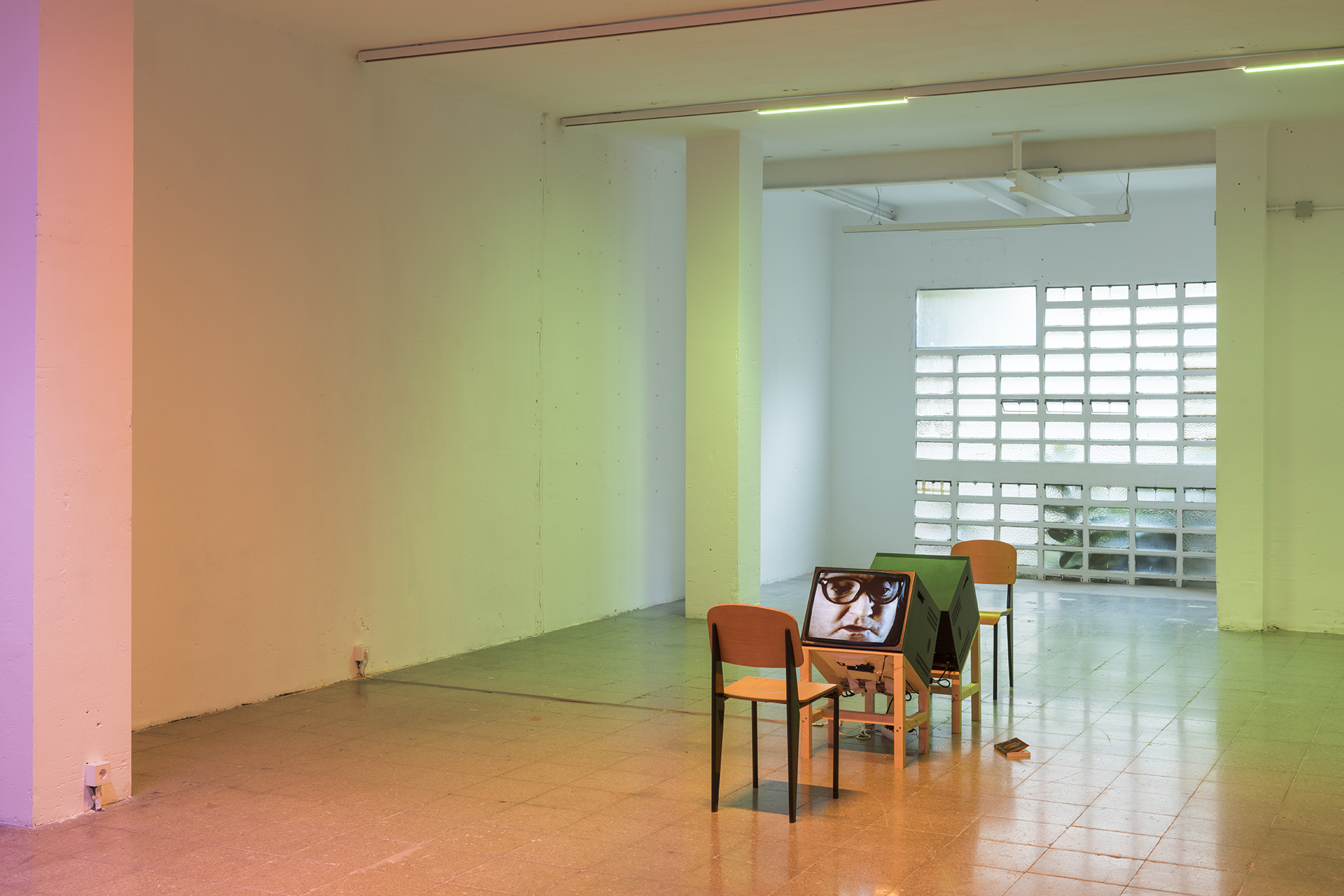 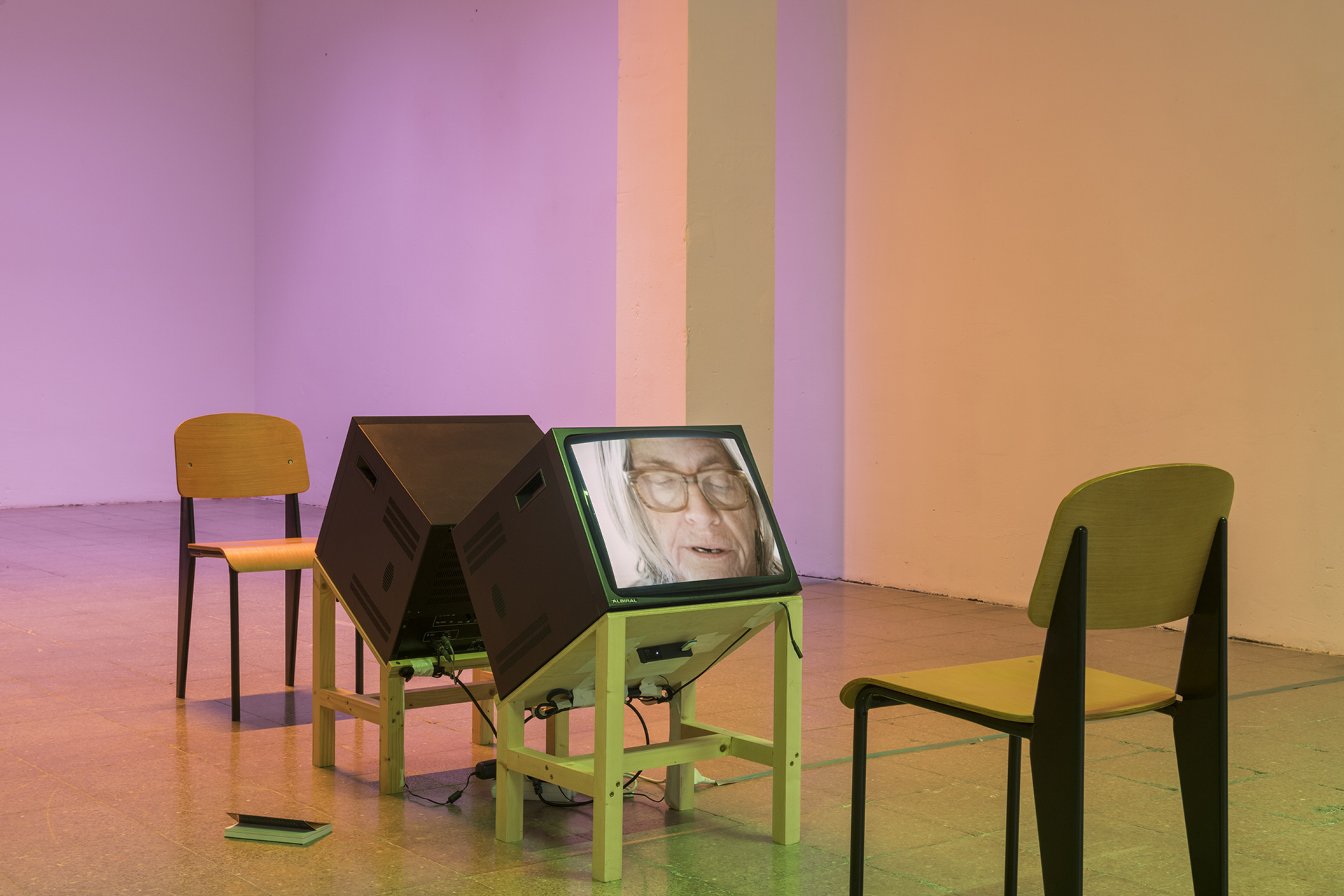 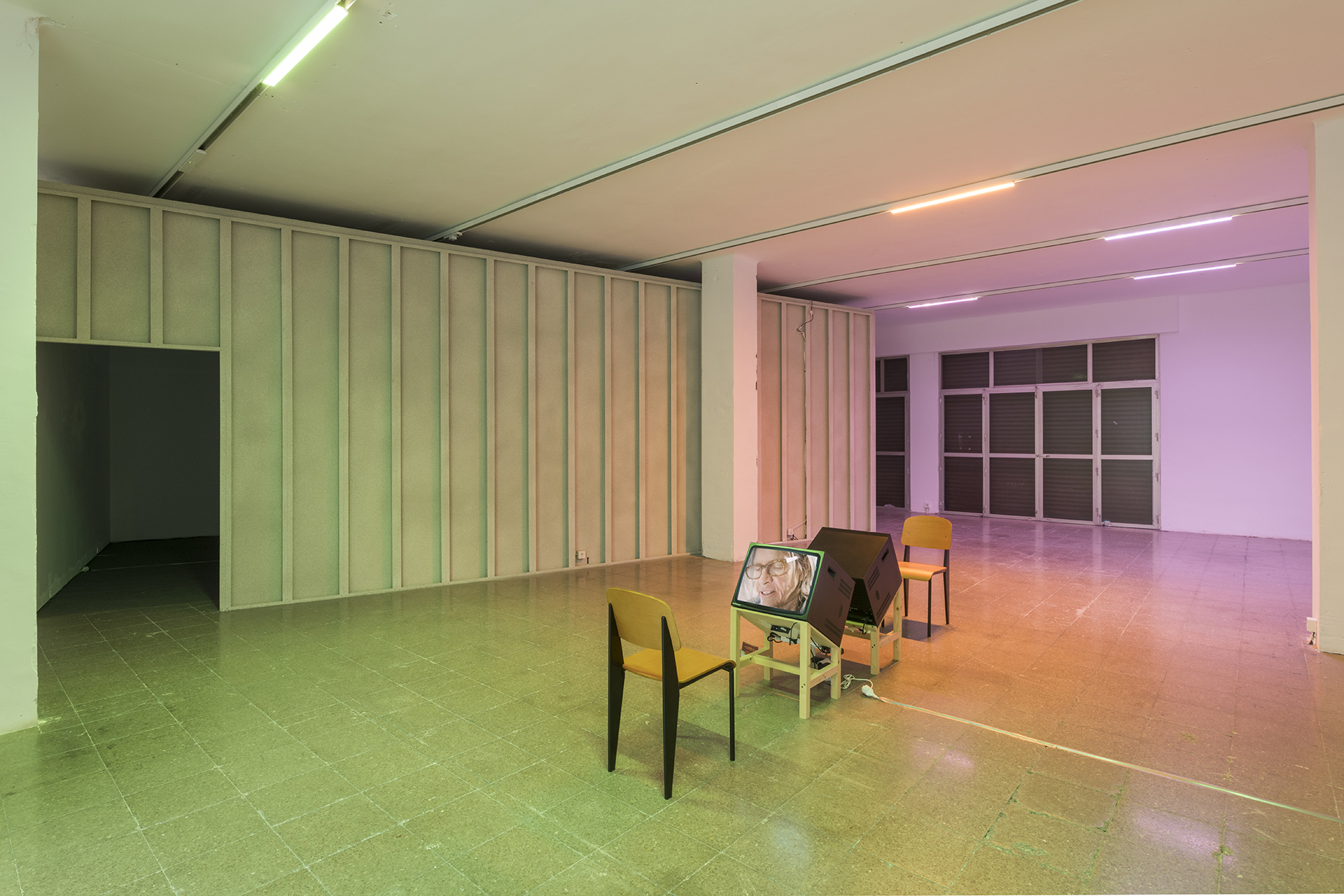 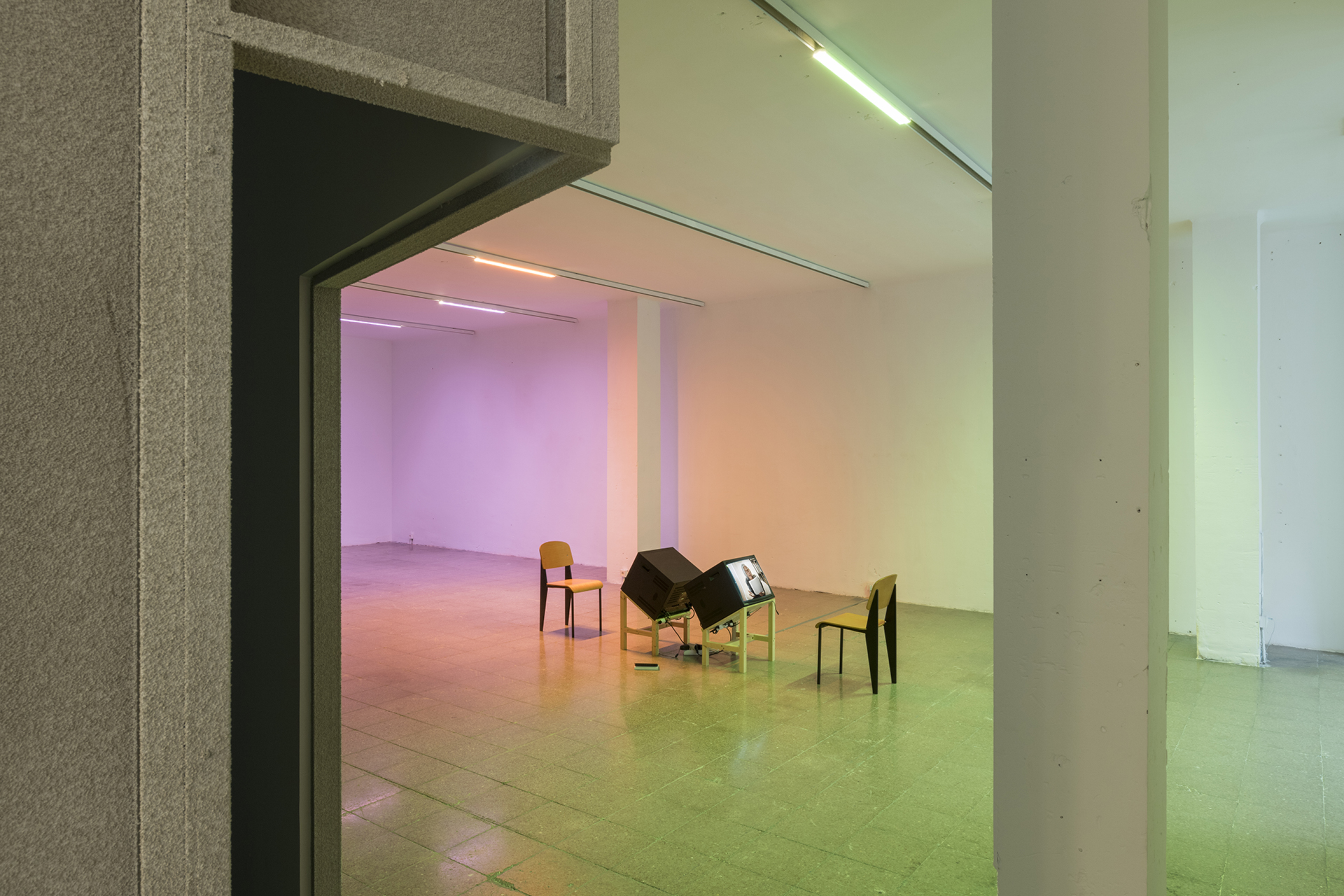 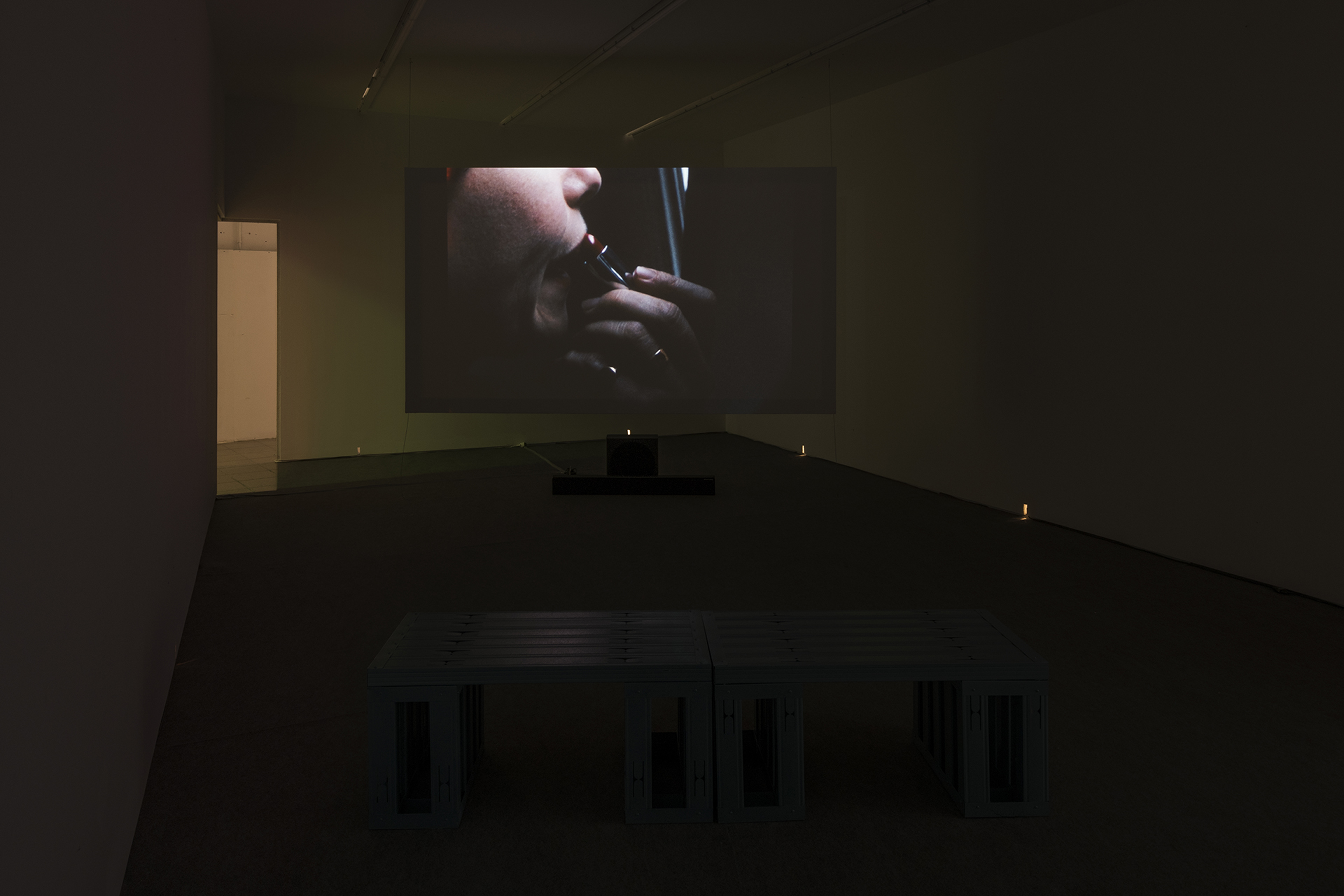 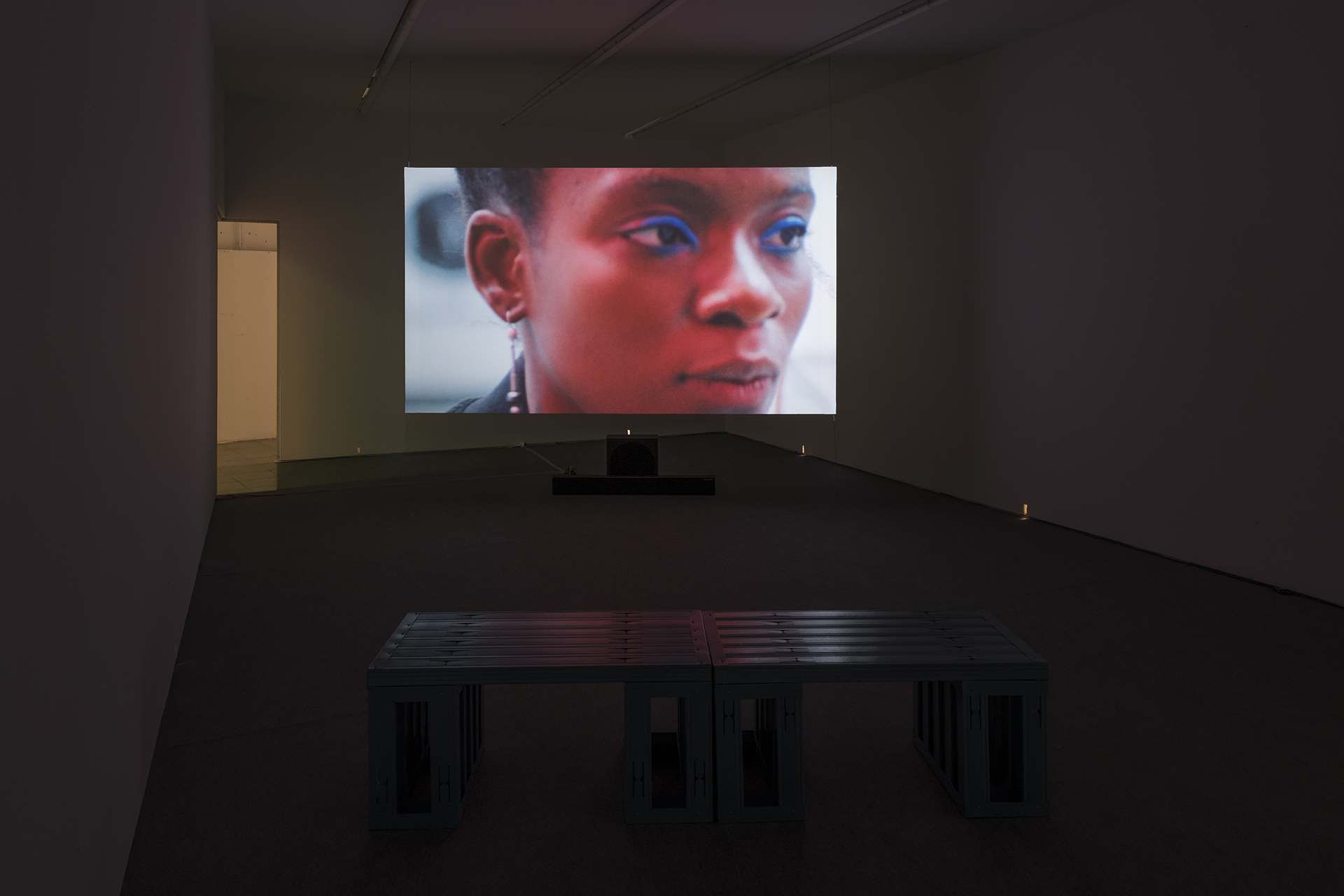 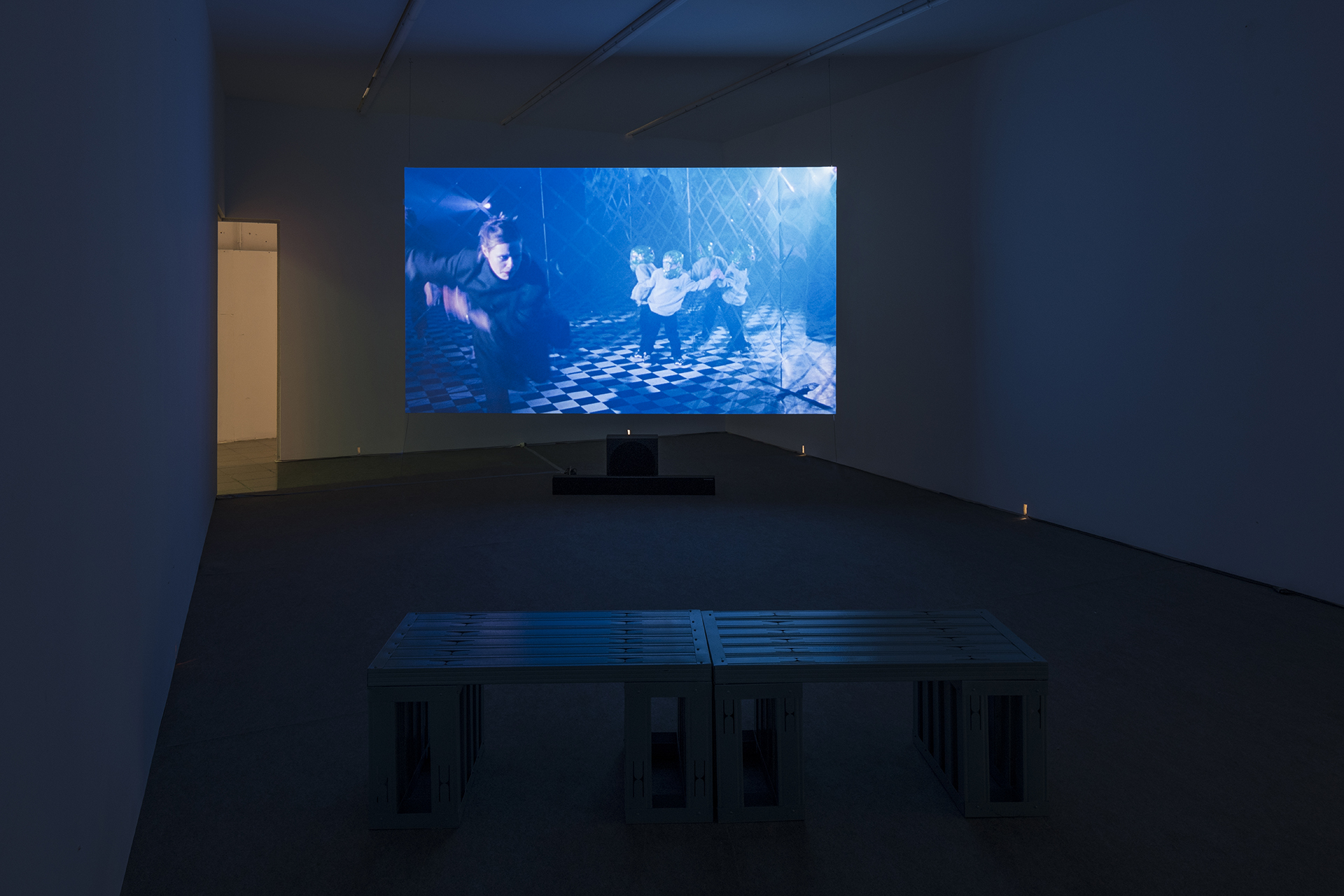 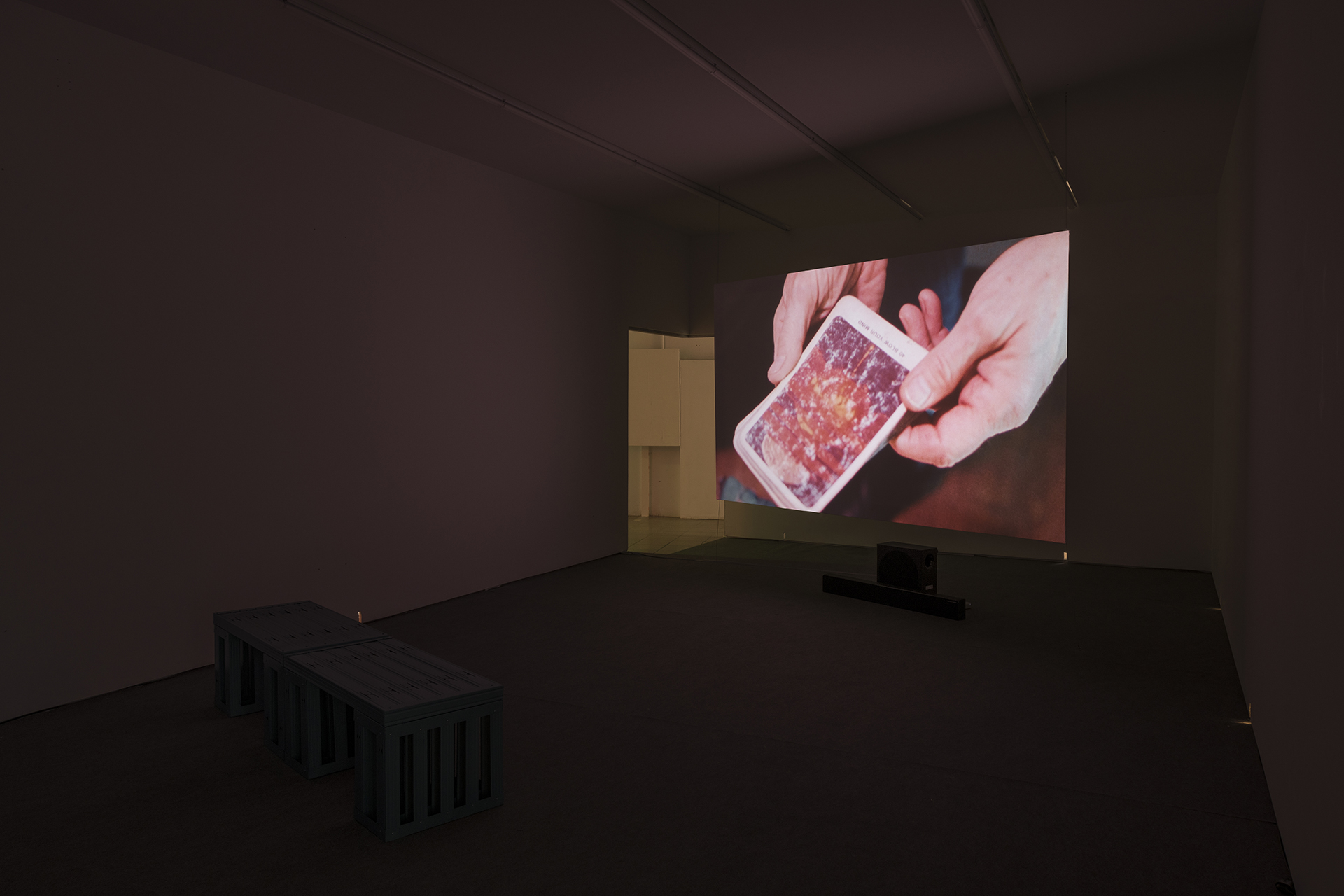 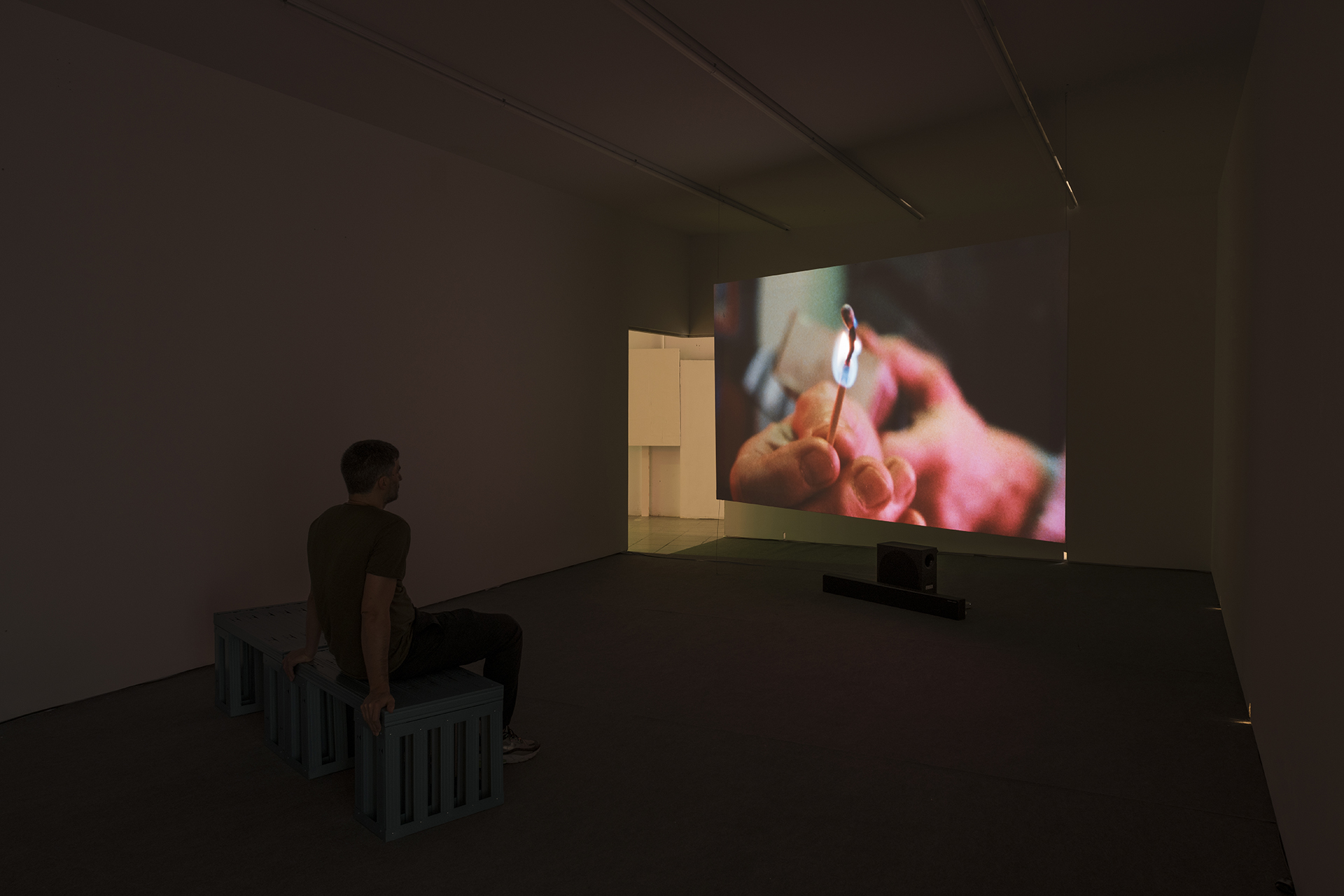 There are exhibitions that sweat, leak or condense what happens around them. They stem from the opposite of what Ursula K. Le Guin would describe as “working the way a cow grazes”[1]; without any yearn or urge. A L I E N T O is a series that opens with Beatrice Gibson’s voice saying: “I can still feel my body except it’s like the skin has gone. It’s all nerve. Edgeless. Pulsating. There’s intense breathlessness.” It is fairly accurate and sensory image of an adrenaline rush, a hormone that sharpens the senses and tightens the muscles in order to make a reaction possible in extremis.
The development of this exhibitions series overlapped with the global state of emergency and its opening coincides with a month of September that should feel like a return but which, far from looking familiar, is made of pure uncertainty and improvisation. Habit has emptied itself from its recognisable features. Something glitches in this disquieting and slowed down normal. The programme is grounded in the discontinuity; in the break that opened with the state of alert and in the adrenaline that ran through the physical, social and political body/ies. A L I E N T O dwelled and now hosts the urgency to devise a plan for a viable future, in extremis.
The exhibitions are made of strategies for coping, modes to move forward, words to hold on to; forms of imagination and action that help the way out from shock and allow us to catch our breath so as to start thinking about what is to be done. It feels like opening space between the letters of a word. Like lowering the rhythm and surrounding oneself with images, voices and presences that enable an exercise of imagination towards the future. The intention is to wrestle with problems rather than proclaiming solutions. Solutions have a universal vocation that makes them grandiloquent and even oppressive. By contrast, this series is inevitably situated when presenting what is seen as encouraging or inspiring and finds in these adjectives[2] a middle point between innocent trust in the future and a cynical giving up.
The four exhibitions that compose the cycle share first of all the need to think about support structures. There is in them an impulse to summon voices and companions –literal, material or metaphoric– to move on.
Another transversal element in the series is poetry. In the current context of semiocapitalism, in which the accumulation of value and adhesion depend on signs, words and storytelling, poetic writing and thought (applied to language, image or sculpture) emerge as capable of stretching imagination through worlds that speak otherwise or images that think other ways. Poetry is also a space for the analysis and exorcism of the semiotic and somatic load embedded in words, images or materials. The responsibility of handling words is part of the conversations that surround the exhibitions and in this sense it worth noting that there are racial implications associated with breathing that cannot be ignored, and which cannot be diluted in the possibility of thinking about a generalized shortness of breath. I don’t mention this to do something on it –coopting the voices of others–; nor in spite of it – saying it as a means to ignore it de facto -; but with it. That is observing and remaining in the discomfort of the whiteness of my voice and in the awareness of its anchorage in a language in which the connotations of “aliento” are not the same as in its not-so-accurate translation into the English word “breath”.
Finally, A L I E N T O looks at the claim for a viable future from the eyes of the mothering subject. The need of horizon that an incipient live demands makes the urgency to devise futures all the more pressing. The series is also an attempt to take on the creative and intellectual blush related to maternity, which does not enjoy artistic or discursive sex-appeal, which seems a cluster that can only interest those involved in it and which seems almost like what Bourdieu would call a “fault of taste” according to the distinguished cultural patriarchy.
A L I E N T O reclaims what Maggie Nelson ponders as an inherent queer trait of pregnancy “insofar as it profoundly alters one’s “normal” state, and occasions a radical intimacy with—and radical alienation from—one’s body. How can an experience so profoundly strange and wild and transformative also symbolize or enact the ultimate conformity?”
The artworks that compose A L I E N T O relate to each other poetically rather than analytically and together function like a survival kin, in the Harawayean sense –urging to “make kin”. The artists were brought together as a chosen tribe to face dystopia.
Anna Manubens
[1] Ursula K. Le Guin, “The Fisherwoman’s Daughter”; Moyra Davey (ed.), The Motherhood Reader (Seven Stories Press, Nueva York, 2001)
[2] “encouraging” and “inspiring” are standing for the Spanish word “alentador” (See footnote 1)
With thanks to
Ernesto Rubio / 36 caracteres XCèntric CCCB, Gloria Vilches Laura Bartlett
Tags Anna Manubens, Barcelona, Beatrice Gibson, Lazy exhibitions, NOGUERAS BLANCHARD
Newer Post Older Post Home