We Don't Like Your House Either! at Monitor gallery / Pereto & Rome 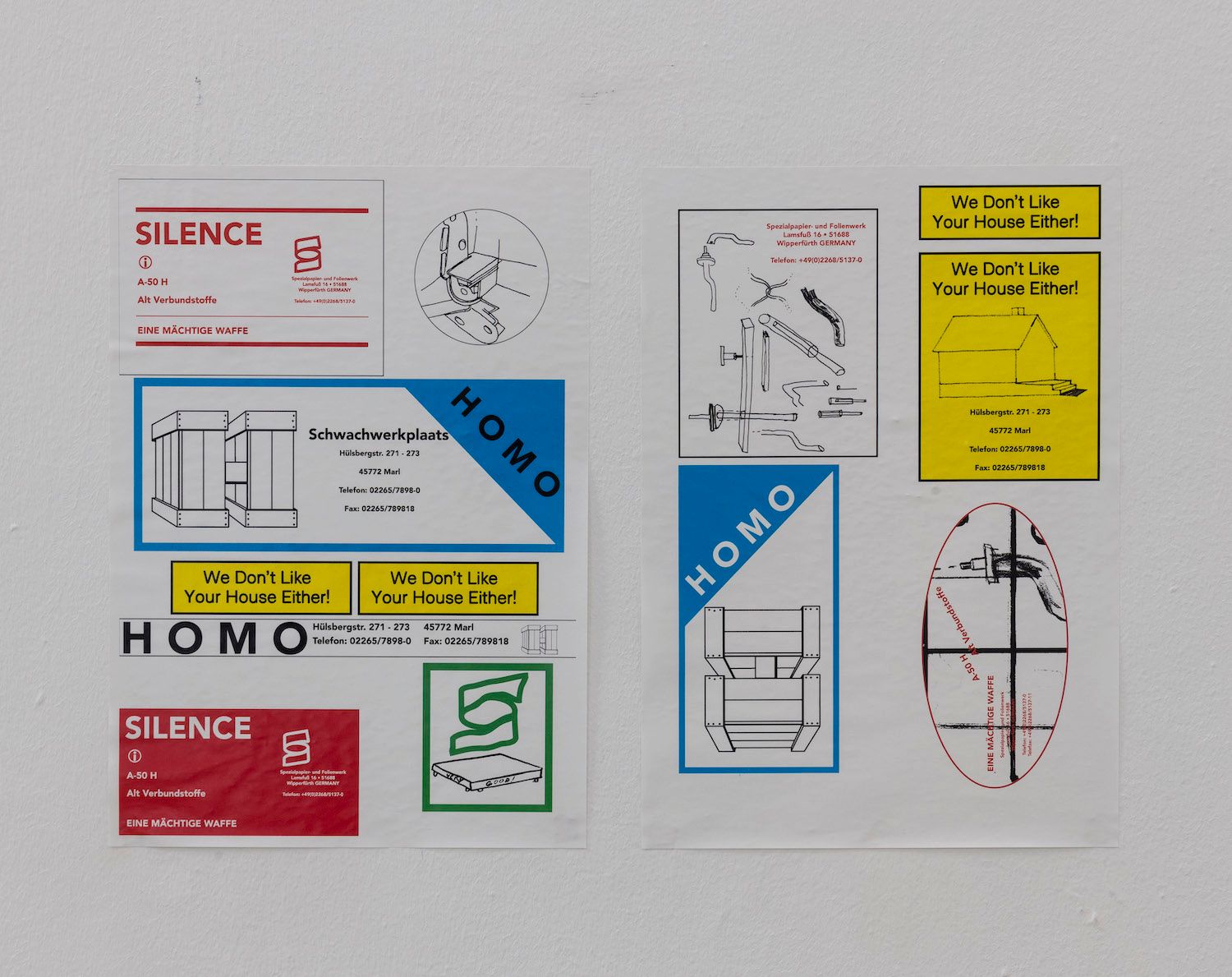 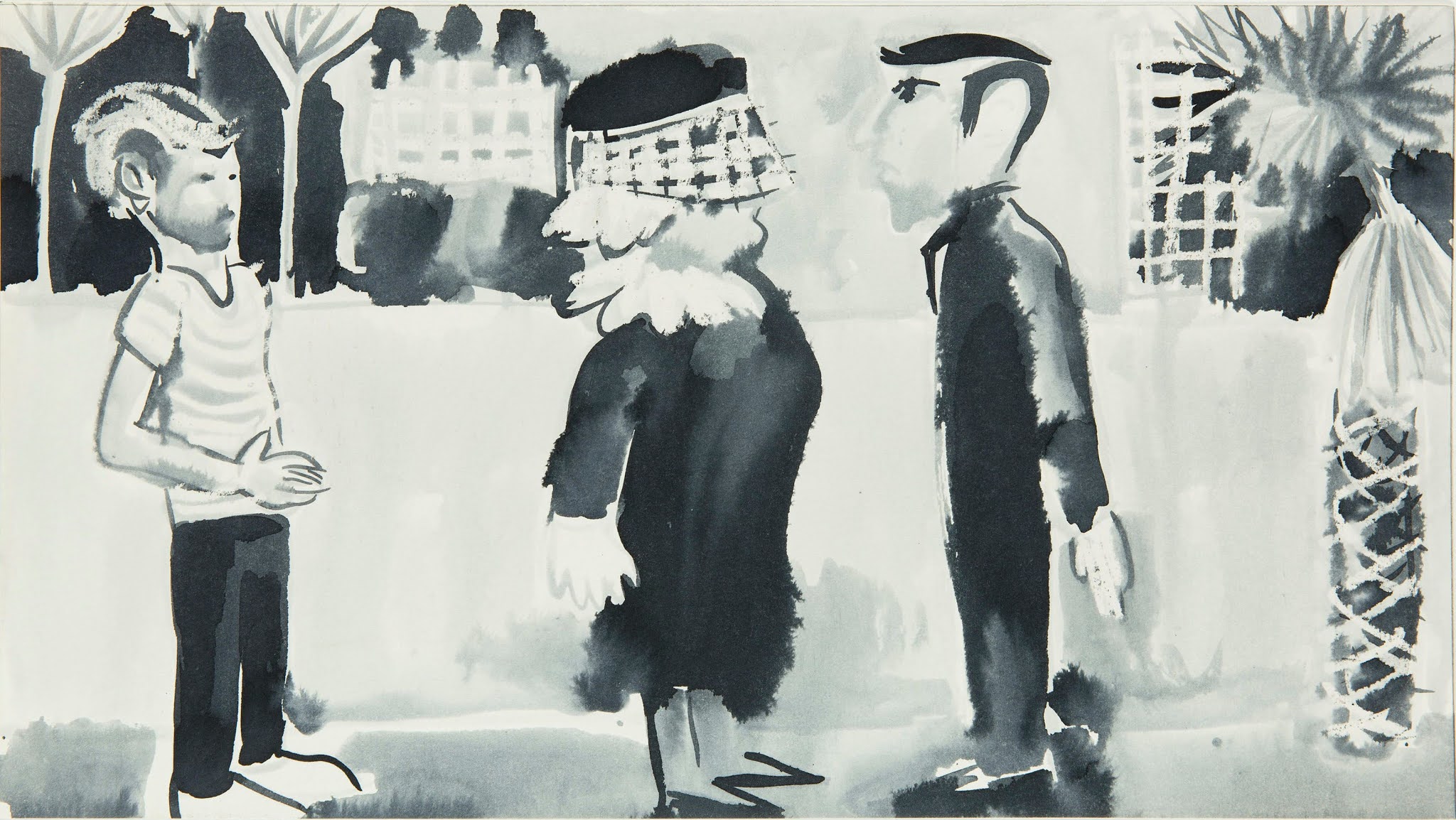 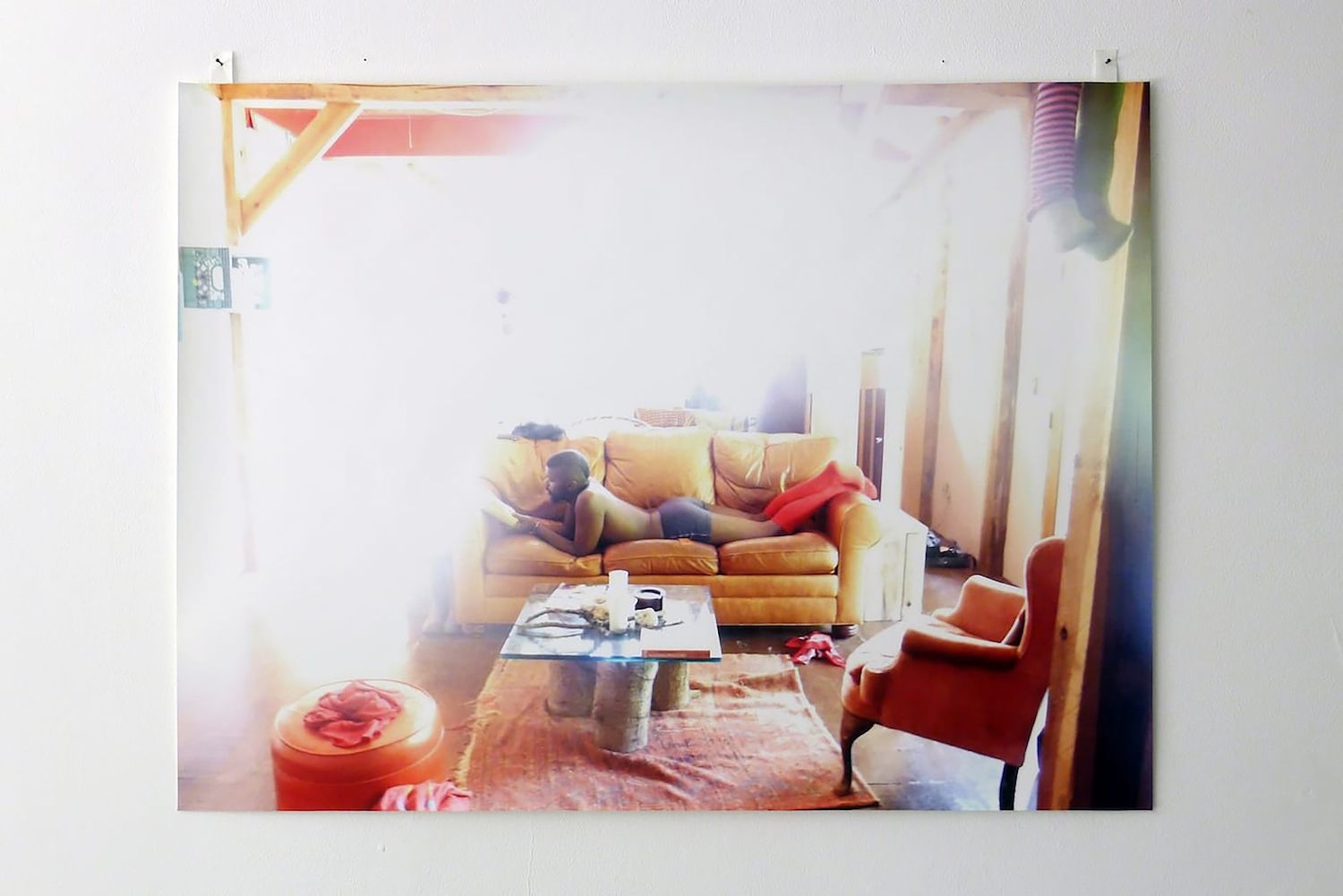 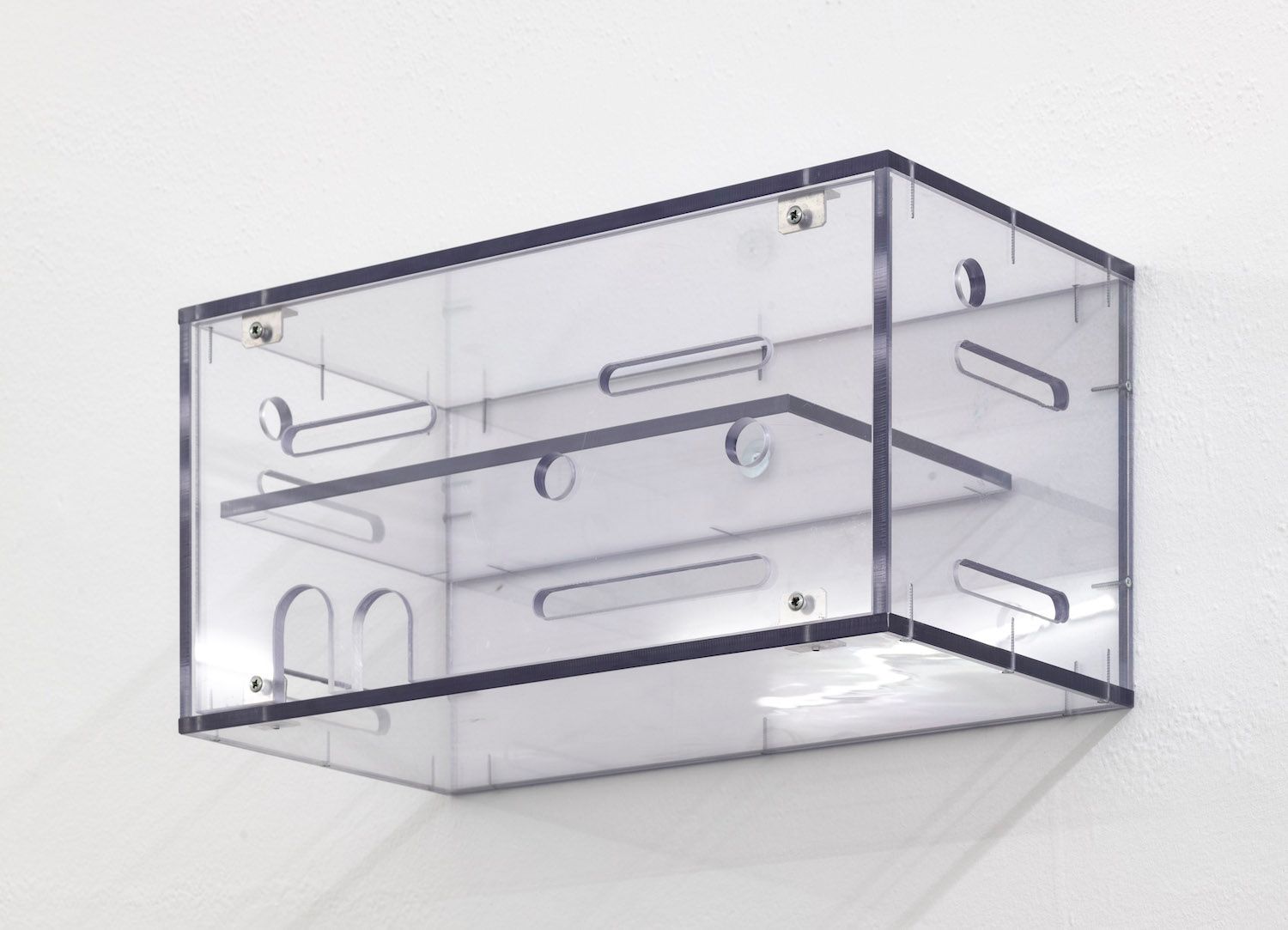 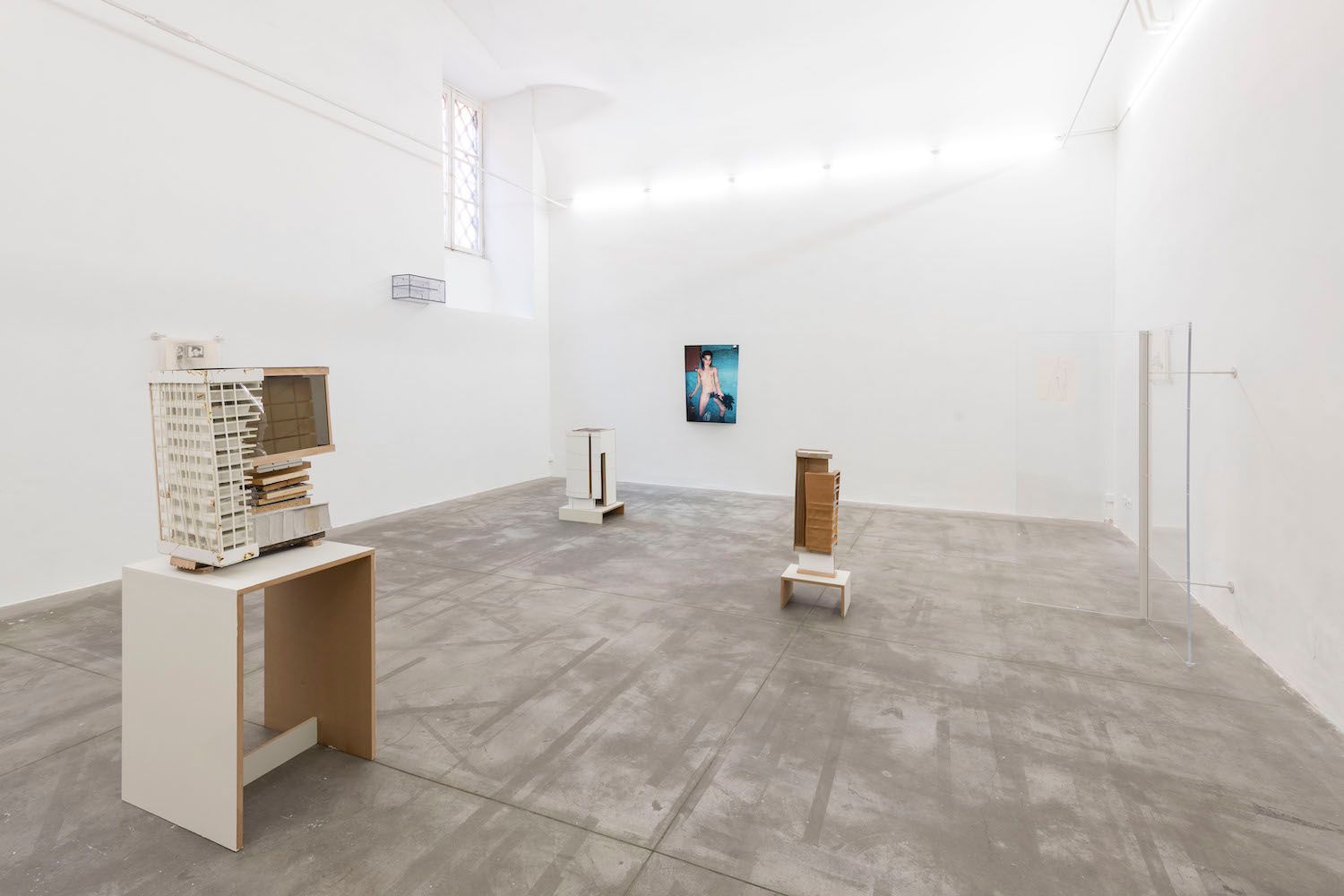 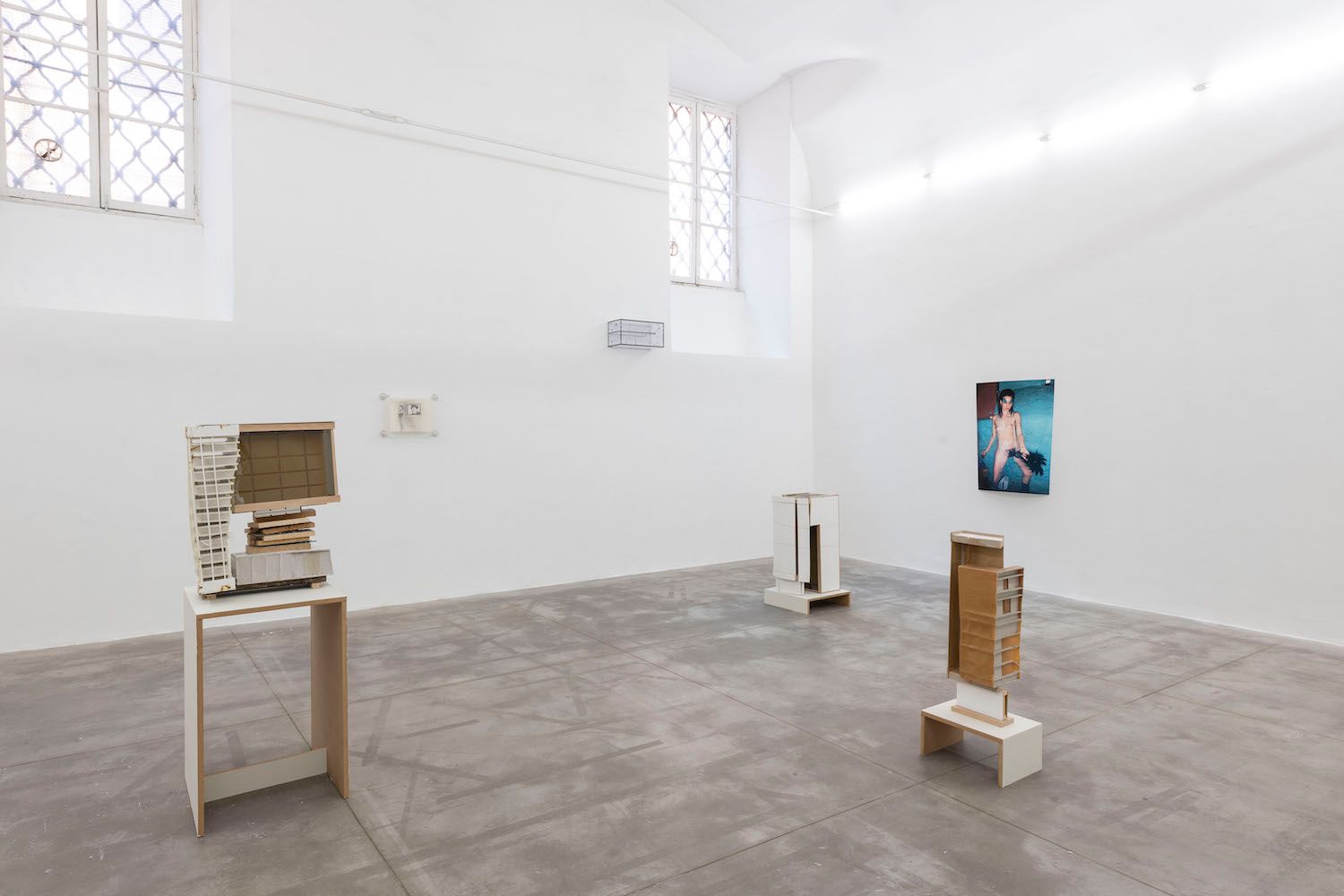 We Don't Like Your House Either! This exclamation kicks off the exhibition season at Monitor gallery in Rome, providing the title to a new project designed by Tomaso De Luca and curated by the duo Francesco Urbano Ragazzi. Featured artists include Patrick Angus, Gerry Bibby, Gina Folly, Henrik Olesen, Joanna Piotrowska, A.L. Steiner, and Stan VanDerBeek.

The exhibition will open on 25 September 2020 at Monitor’s Rome space, a prelude to both Tomaso De Luca’s solo show at the gallery’s Pereto branch opening the following day, as well as to his participation in the MAXXI BVLGARI Prize 2020. Stemming from a dialogue between the artist and the curators, We Don’t Like Your House Either! brings together works that are the result of synergies and collaborations.

Rather than focussing on individual artists, the show unravels debates that cross gender and generations, looking at the political resignification of living spaces. We Don’t Like Your House Either! appears to touch upon our shared experiences of the domestic confinement which has united us all during the recent pandemic, but saying this would be reductive. Confinement has invariably always concerned those who, in a more immediate and tragic way, cannot fit into the paradigms of a comfortable life – by exclusion, choice or both. The disadvantaged, the sick, the migrants, the exiled, the non-conforming, the poets, the artists. We Don’t Like Your House Either! is their expression of pride.

Two works have inspired this choir of voices. The first is Site by Stan VanDerBeek (1927-1984), a three-channel movie which documents and multiplies the eponymous performance Robert Morris staged at the Surplus Dance Theatre in New York, in 1964. Morris’s face is covered by a mask designed by Jasper Johns, which, like a painting, flattens his features. The masked artist walks across a large stage, moving and bending sheets of plywood. Slightly larger than a human figure, the sheets can both contain the body as large canvases or conceal it like theatre curtains. In this game of planes, an iconic figure is suddenly revealed: Carolee Schneemann, nude, representing Edouard Manet’s Olympia. Manet, Johns, Schneemann, Morris, and VanDerBeek: all on stage, no one upstaged. Solid and supportive, they entrust each other with a wider vision of the world, which bravely ranges from painting to performance, from theatre to installation, from architecture to expanded cinema, from the original to a reproduction.

The second work is by Patrick Angus (1953–1992). A veritable trove of drawings and watercolours was recently discovered in the home of the artist’s mother in Fort Smith, Arkansas. Now seen in public, the works reveal the beginnings of the American artist, before he was known as the Toulouse-Lautrec of the New York gay scene. There are no clubs, cinemas, or other gathering spots of the queer community which Angus depicted with extreme vitalism while it was ravaged by HIV during the end of the 1980s and early 1990s. Rather, there are intimate, solitary, at times abstract landscapes, in which desire and urban density are sublimated and diluted.

The selected works highlight the intensity of this unexpressed charge with Tomaso De Luca’s intervention. De Luca has rearranged Angus’s drawings within a series of transparent structures which punctuate the spaces of the gallery so as to penetrate layered viewings. In this game of staggered planes, each exhibited works leaves behind the isolation of frontality to live together in new associations. De Luca thus bends the language of architecture towards that of art, like in his series Gewöhnen 189; 10; 68; 20, which is inserted inside the rooms as a plastic counterpoint. Real furnishings are transformed into the models of four imaginary buildings where the artist has redesigned the homes in which he has actually lived. These models, just as the exhibited display, compose a veritable sculptural group which thus outlines an affective housing which embraces the precariousness of life, making it its key building block.

The other featured artists participate in this crossover by touching on the legacy of the historic works which act as the show’s backdrop. Using them as a starting point, they outline a transversal genealogy of the space of art. A space with a non-conforming identity, which is expanded like the cinema of Stan VanDerBeek and queer like the subjects of Angus’s paintings. A space in which office and house rules are disregarded, so that the needs and the desires of life can be represented without breaks between public and private dimensions.

Gina Folly’s (Zurich, 1983) Magic Box oscillates between these two poles. At first glance, it will recall a transparent mailbox or one of those minimalist filing folders. In fact, it is a contrived food dispenser for monkeys in a zoo, with small regular holes puncturing the surface so as to challenge – and display – the animal’s prehensile ability. Its reproduction in transparent polycarbonate abstracts the cruelty of the object in a light blue hue, rendering it mysterious and impenetrable. A magic box for a human zoo.

Sculpture then becomes a housing unit, like the dens children build to define their domestic space. Joanna Piotrowska (Warsaw, 1985) seeks for precisely this primordial dimension in her photographic series Frantic. The Polish artist introduces herself into the apartments of big urban centres and asks its inhabitants to pose inside improvised structures. The precarious urbanism of intimacy which is created is not only a monadic portrait of singularity enclosed in a protected microcosm, but also a stage on which to playact representing the world.

The photographs of A.L. Steiner (Miami, 1967) speak to us of yet more worlds. The artist, curator, activist and member of the cult feminist electroclash band Chicks on Speed, Steiner depicts the community she is part of. A community in constant transformation – one which, in fact, fights for transformation and overcoming normativity. Steiner’s photographs, often composed of great wall collages and installations, are isolated into two intimate shots which represent a vital minimal space: a safe space in which individual expression is regenerated to become – sooner or later - once more collective.

Stage and domestic space collide in Gerry Bibby (Melbourne, 1977) & Henrik Olesen’s (Esbjerg, 1967) Grosses Kaugummi, a great and dense black monochrome which features three small, whitish lumps. Upon closer inspection, these are revealed to be chewing gums applied to a carpet so impregnated with black paint so as to become rigid like asphalt. Bibby and Olesen’s works brings to their extreme consequences the tension between decor and art, the street and home, between the camp of the carpet and the minimalism of the black square. A chewed gum is the artists’ signature mark, at once frieze and scar of a house we don’t even like.

The exhibition continues in the gallery’s Pereto branch. Tomaso De Luca pours his architectural universe into a country home, bitterly rejecting gentrified forms as much as those of privileged isolation. The counter  which greets the visitor at the entrance of the exhibition space is the artist’s first declaration of intent: a box rests on it, holding around a hundred erotic photos of men posing privately in front of their partners. They’re residents of the Castro, San Francisco’s historic gay neighbourhood, depicted before the AIDS crisis of the 1980s hit the community, prompting their expulsion via immediate eviction notices to make way for healthier and more affluent tenants. The photographs in the show are only a small fraction of those which Auto Erotica – an old sex shop in the city – managed to salvage in the clearing and emptying out of flats, and which are still on sale for $1. The selection in the show is a memorial not so much to those flashes of life which have been saved, but rather, as compensation, to all those lives which the laws of the market have tacitly affected.

In the following galleries, the memorial is articulated through a constellation of drawings, objects and models, where the grammar of architecture is bent towards the language of poetry. De Luca overturns the precariousness of living, transforming lopsided mezzanines, damaged coat hangers, and German Fachwerkhaus facades into prodigal sculptures which defy gravity. Once again, human figures or their wounds are not at the heart of the exhibition, but the vibrant spaces their bodies are capable of drawing around themselves. They are anti-bodies for a certain functional and preventative design which creates needs and fears, which can transform a sense of protection of things into an attack. The headboard of a chair, the leg of a table and the grip of a shotgun can all be objects of combat. The artist displays them in Sturmgegenstände, a slide-show of 50 images which rhythmically projects the technical components of these objects, revealing a disturbing relationship between domestic and rural spaces, method and fetish, comfort and violence.