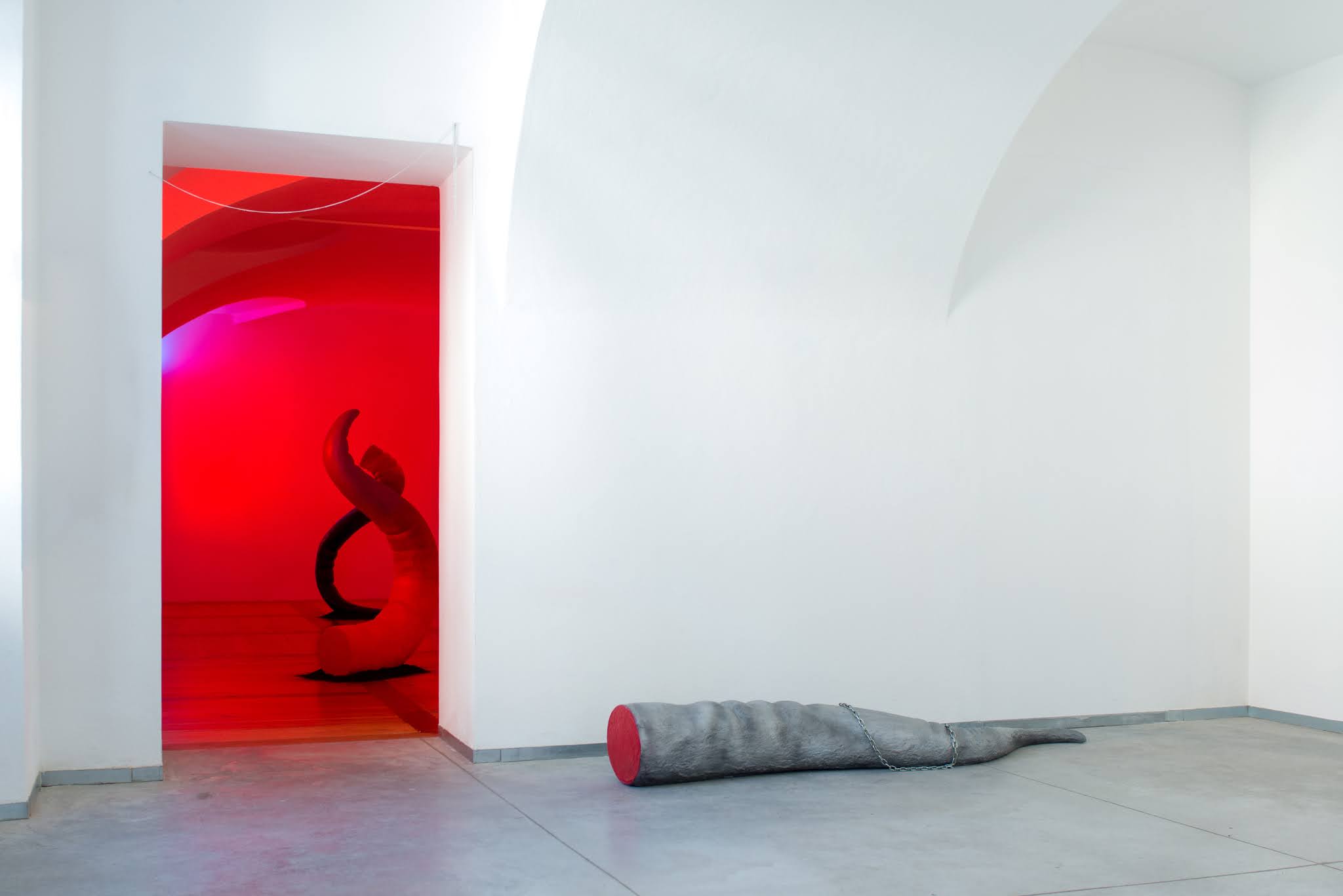 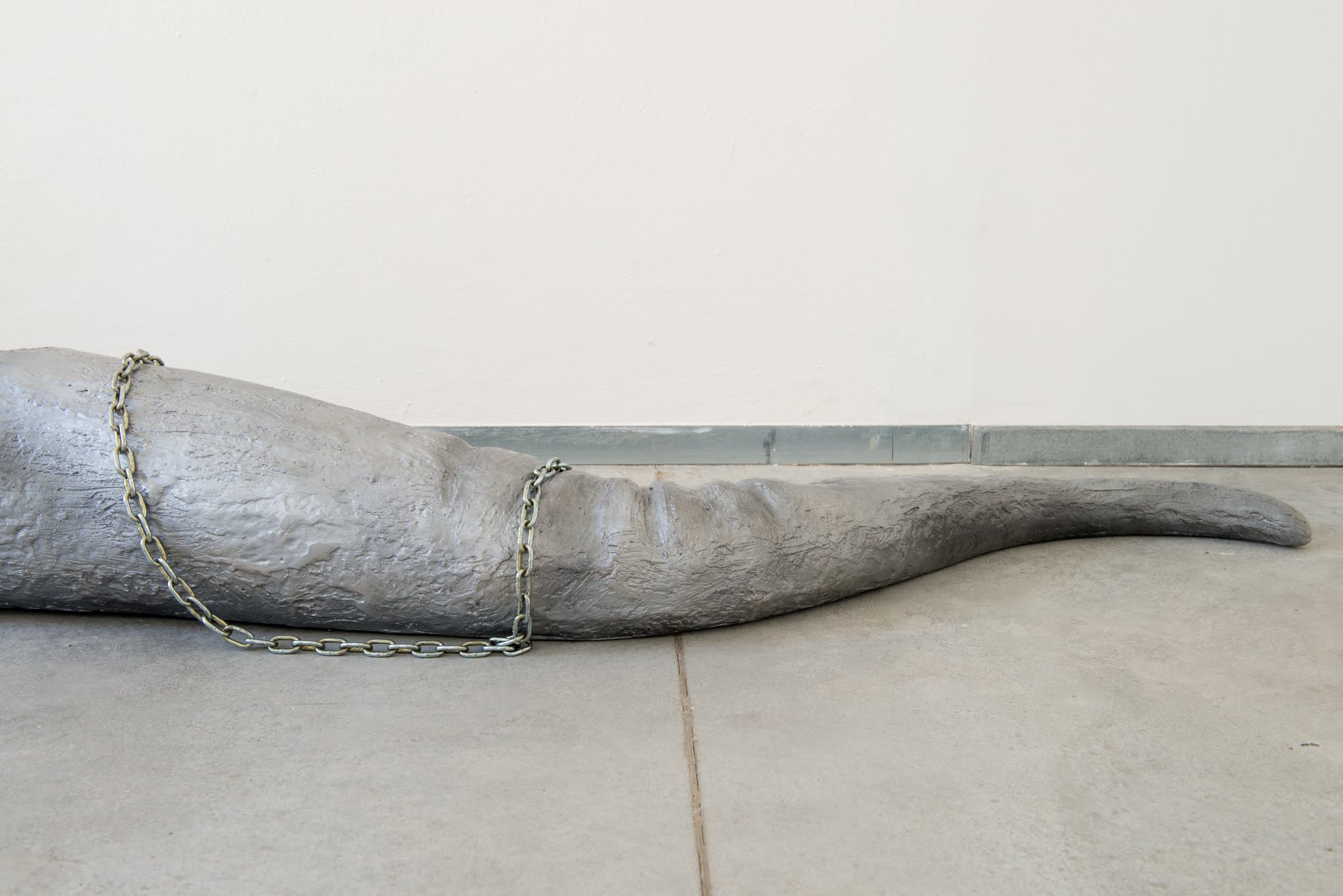 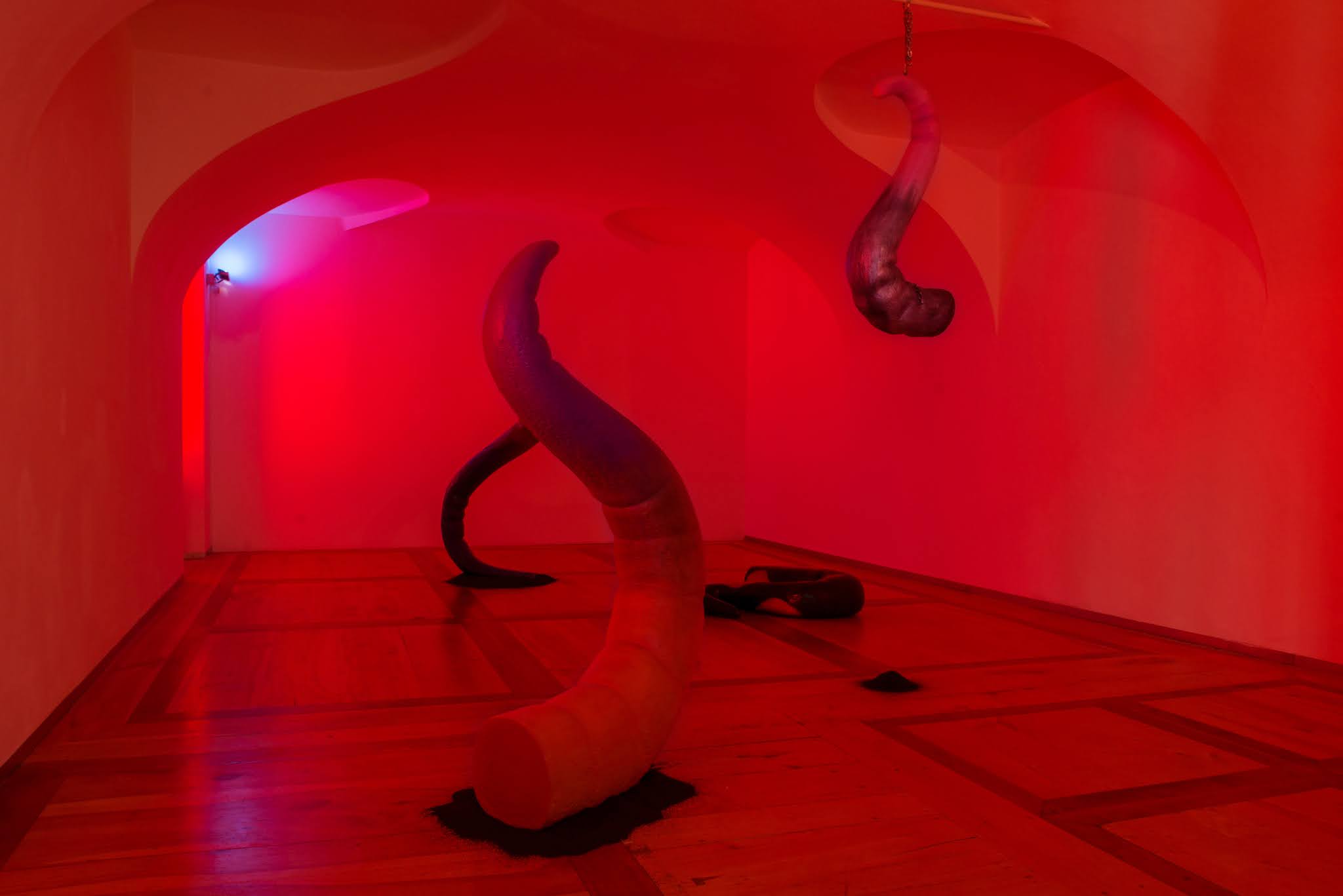 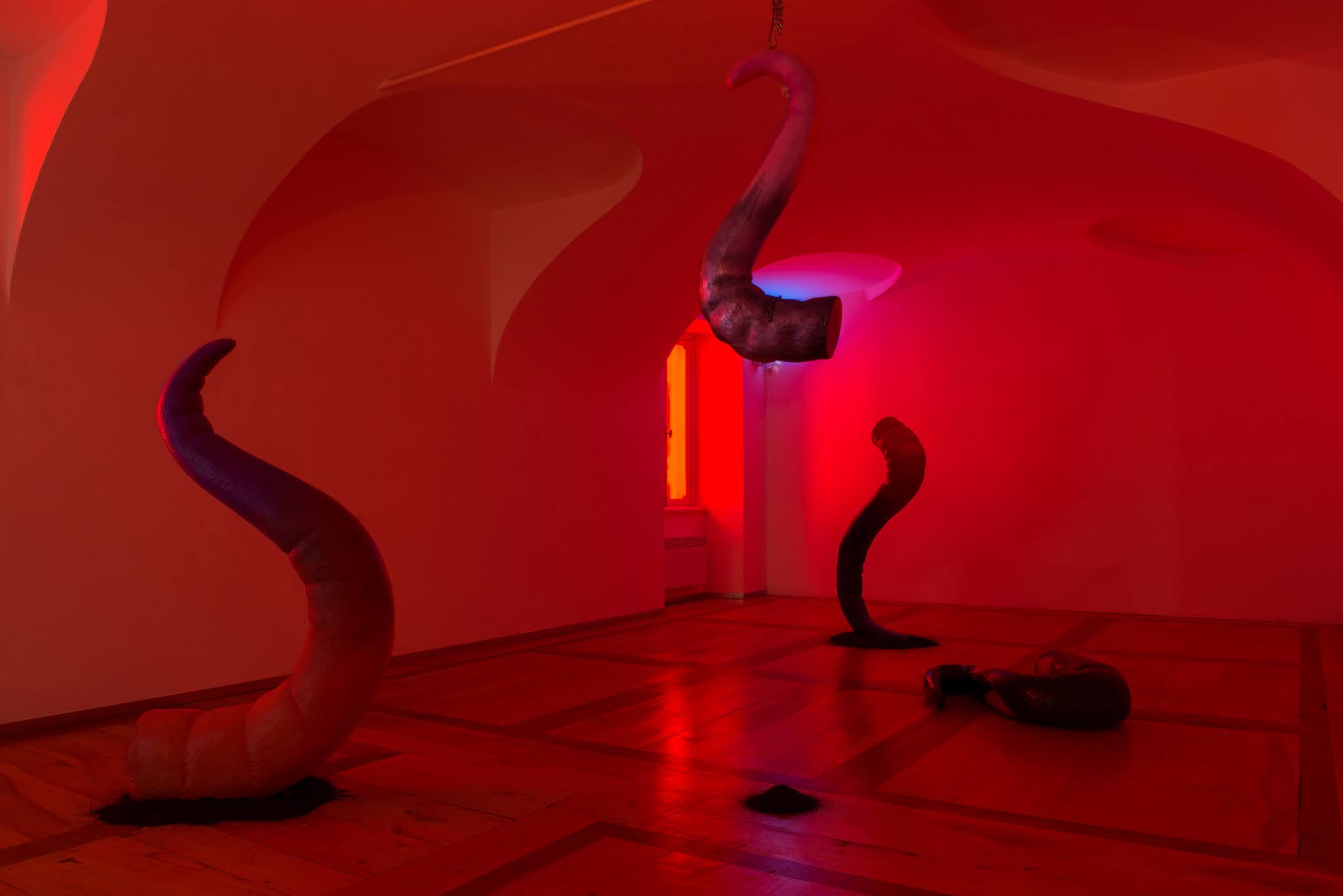 “This Doesn’t Belong to Me” is the first solo show by Tarek Lakhrissi in Italy in which the artist presents a cycle of newly commissioned works conceived specifically for the spaces of Palazzo Re Rebaudengo in Guarene. The exhibition explores the concept of self-defence, interpreted as a practice of resistance developed by different social groups and subaltern bodies in order to survive. The image at the core of this cycle of artworks is that of the salamander: since Medieval bestiaries, this amphibian is said to be endowed with venom and able to survive among flames. In the show, the salamander becomes a symbol for counterpower, of both a political and sexual nature, which in performing self-defence rewrites the rules of conflict and connection. Autotomy – or the self-amputation of non-vital body parts, practiced by certain animals as a diversion for their predators – becomes the defensive tactic identified by Lakhrissi to imagine new strategies of urban guerrilla.
The exhibition path of “This Doesn’t Belong to Me” begins with a ceiling installation composed of silver chainlets – talismans for protection in everyday life, which are also reminiscent of the instruments of pleasure employed in BDSM practices. The following room portrays a deferred scene, in which the conflict or intercourse has already taken place. The space is populated by a group of five sculptures in the shape of grotesque, out-of-scale salamander tails, which create a dream-like scenery evocatively dominated by the element of fire. The environment suggests a tension between visibility and absence, where the body is assumed as a platform continuously under construction and deconstruction, rather than an inalienable identity structure. In Lakhrissi’s representation, self-defence is a process of disidentification, the “strategy for survival and subversion” mentioned by José Esteban Muñoz. But more than that, it is a counteroffensive action, similar to the one described by Elsa Dorlin in her Se défendre: une philosophie de la violence [Self-defence: A philosophy of violence] (2018): “a different semiology of the militant body, which doesn’t rely on the exemplary nature of its own martyrdom, but rather on the relentless and inevitable nature of its revenge – that doesn’t belong to the metaphysics of purposes, but rather to the immediacy of a strike”.
The exhibition is realised in collaboration with ENSBA Lyon and with the support of Fondazione Nuovi Mecenati, French-Italian Foundation devoted to supporting contemporary creations.
Tarek Lakhrissi (1992, Châtellerault, FR) is a visual artist, poet and writer based in Paris. In his practice he investigates and challenges language and reflects upon the codification of affects through fiction and worldmaking. His works have been exhibited internationally: 22nd Biennale of Sydney; Museum of Contemporary Art of Sydney (2020), Auto Italia South East; London (2019), Hayward Gallery; London (2019), Grand Palais - FIAC; Parigi (2019), Fondazione Gulbenkian; Parigi (2018), Lafayette Anticipations; Parigi (2019), La Galerie; Noisy-Le-Sec, Francia (2019), La Gaité Lyrique; Paris (2018), CRAC Alsazia; Altkirch, Francia (2019), Artexte ; Montreal, Canada (2017), SMC/CAC; Vilnius (2017), Kim?; Riga (2018), Wendy's Subway; Brooklyn (2017), Zawya; Il Cairo (2019), Espace Arlaud; Losanna (2019), Zabriskie; Ginevra (2019). He is nominated for the 22nd Fondation Pernod Ricard Prize (2020-2021)