Maro Fasouli / From the Elbow to the Wrist 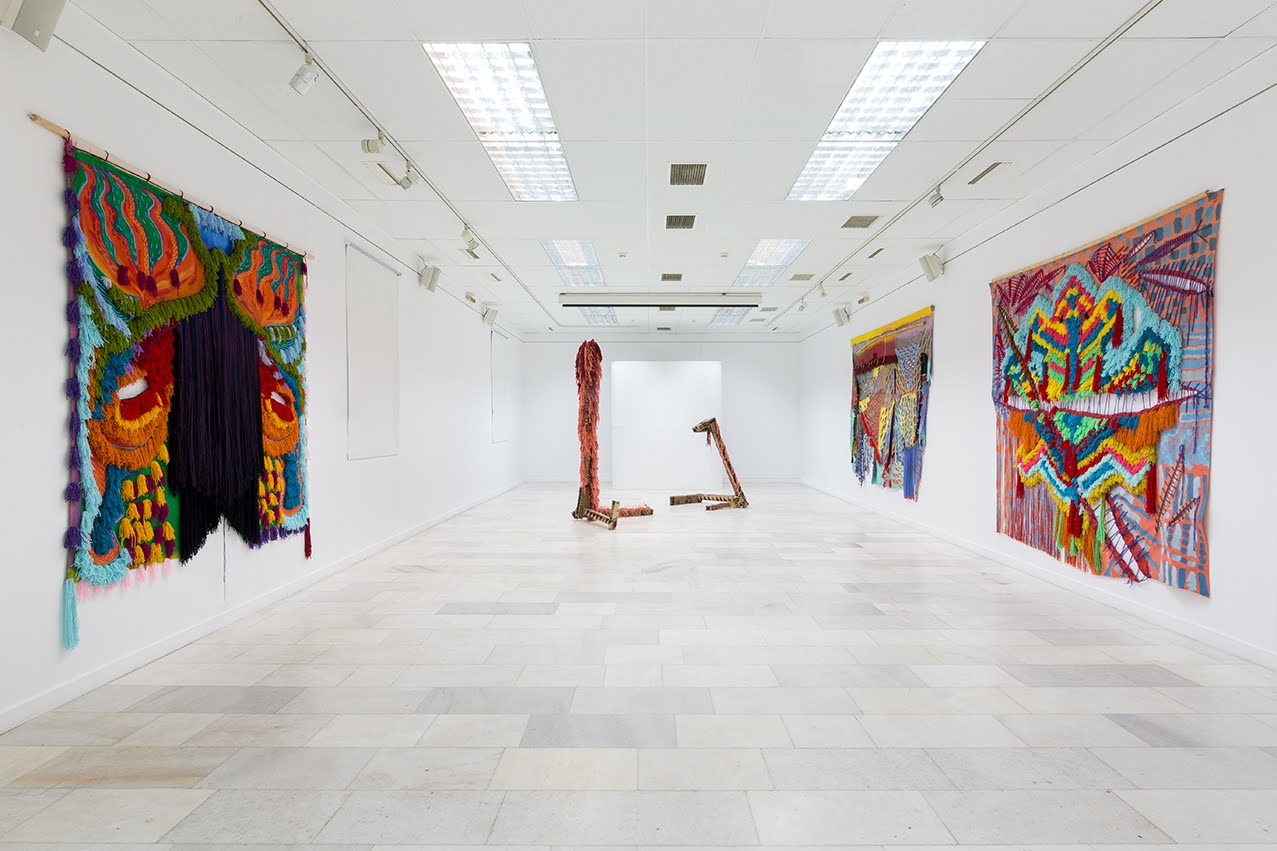 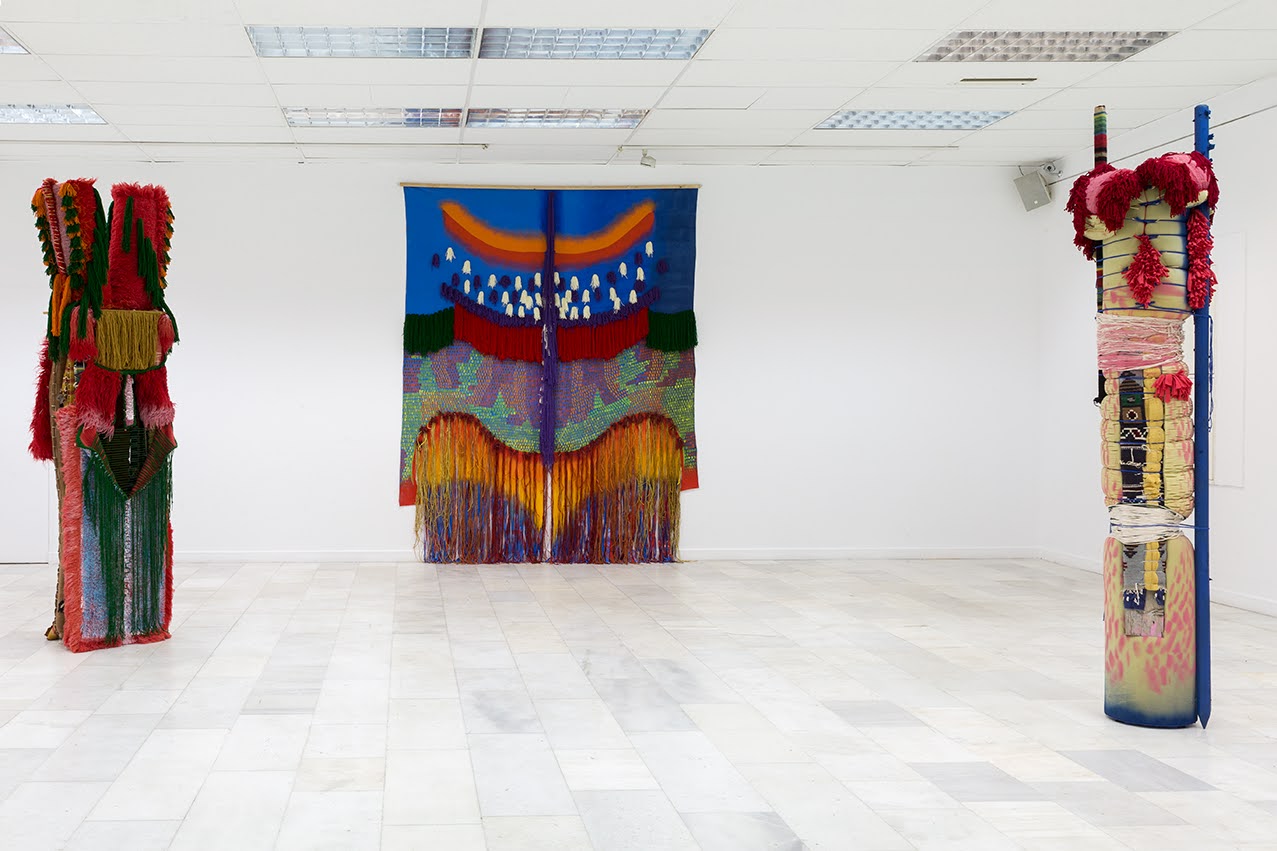 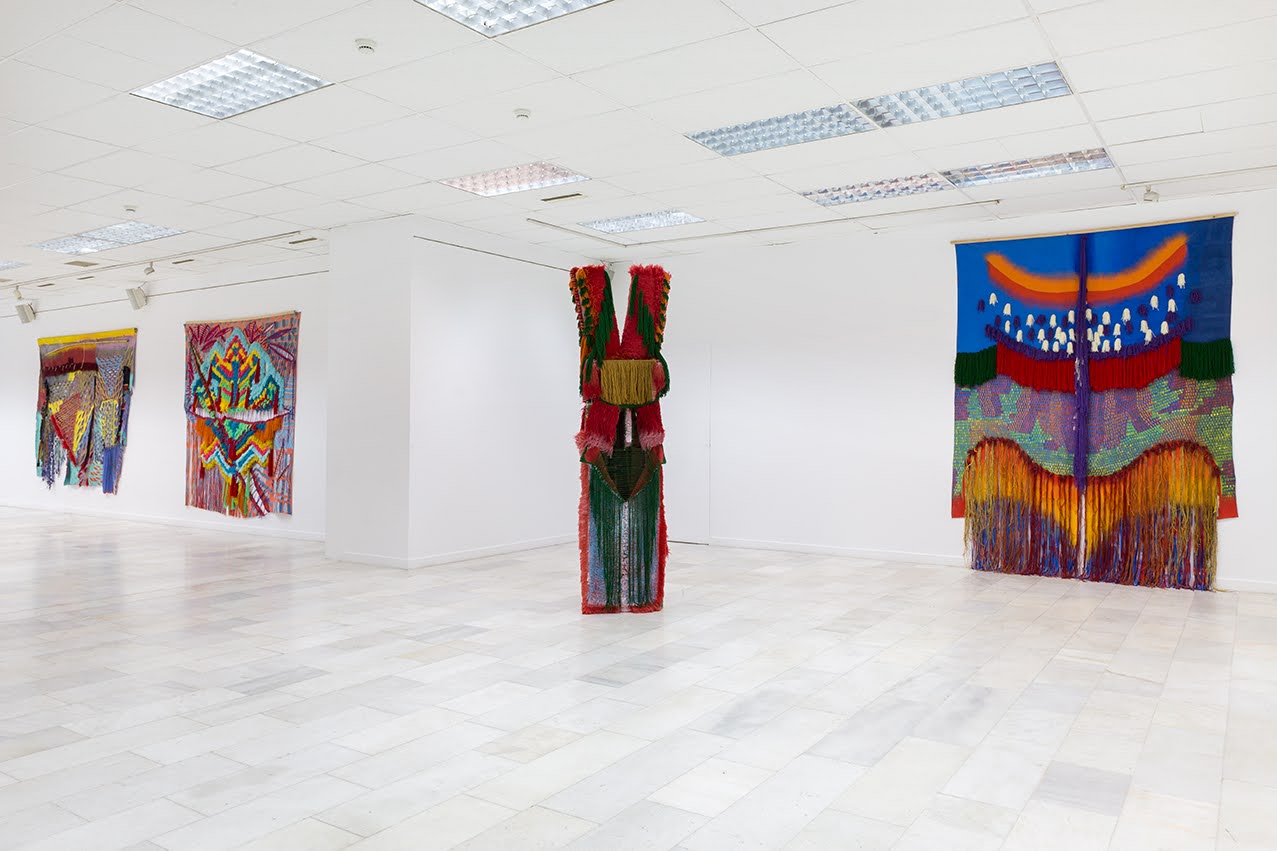 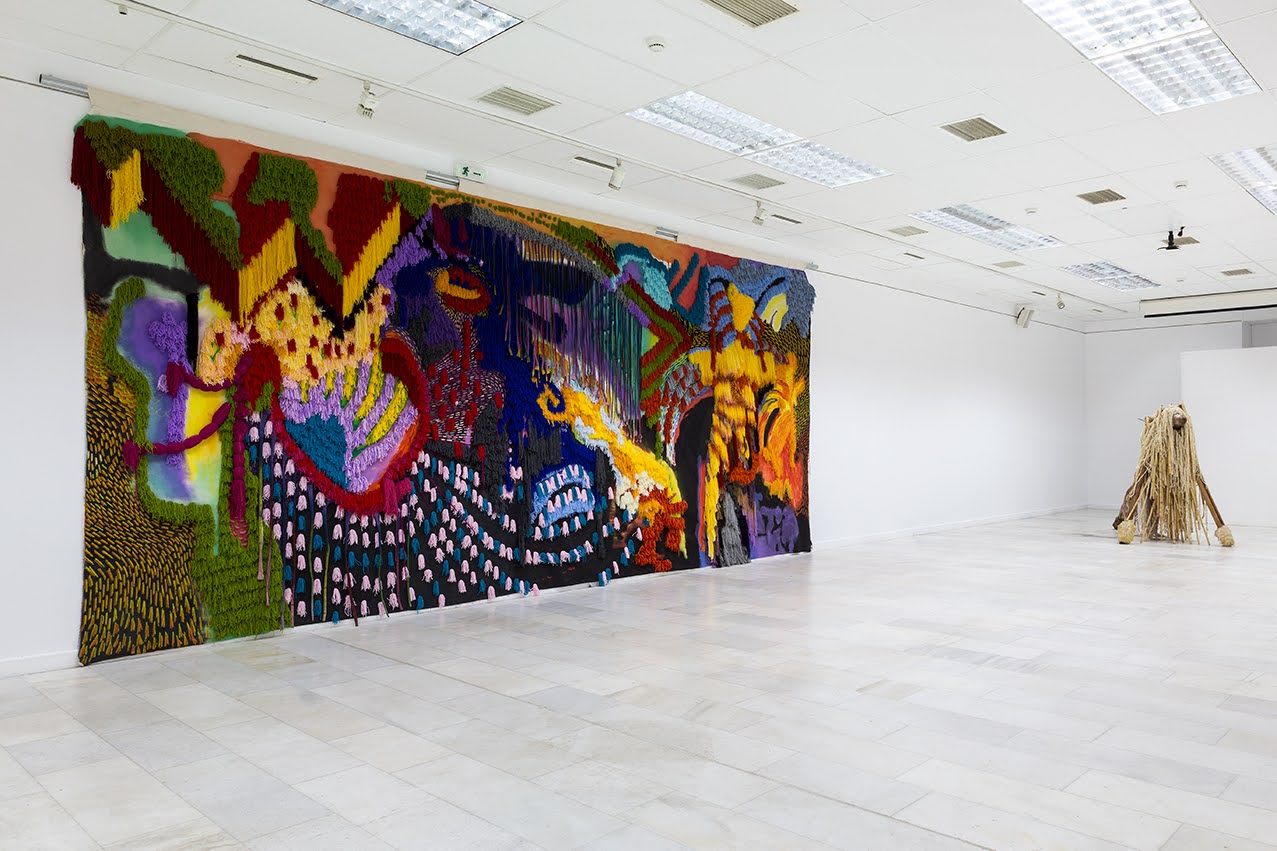 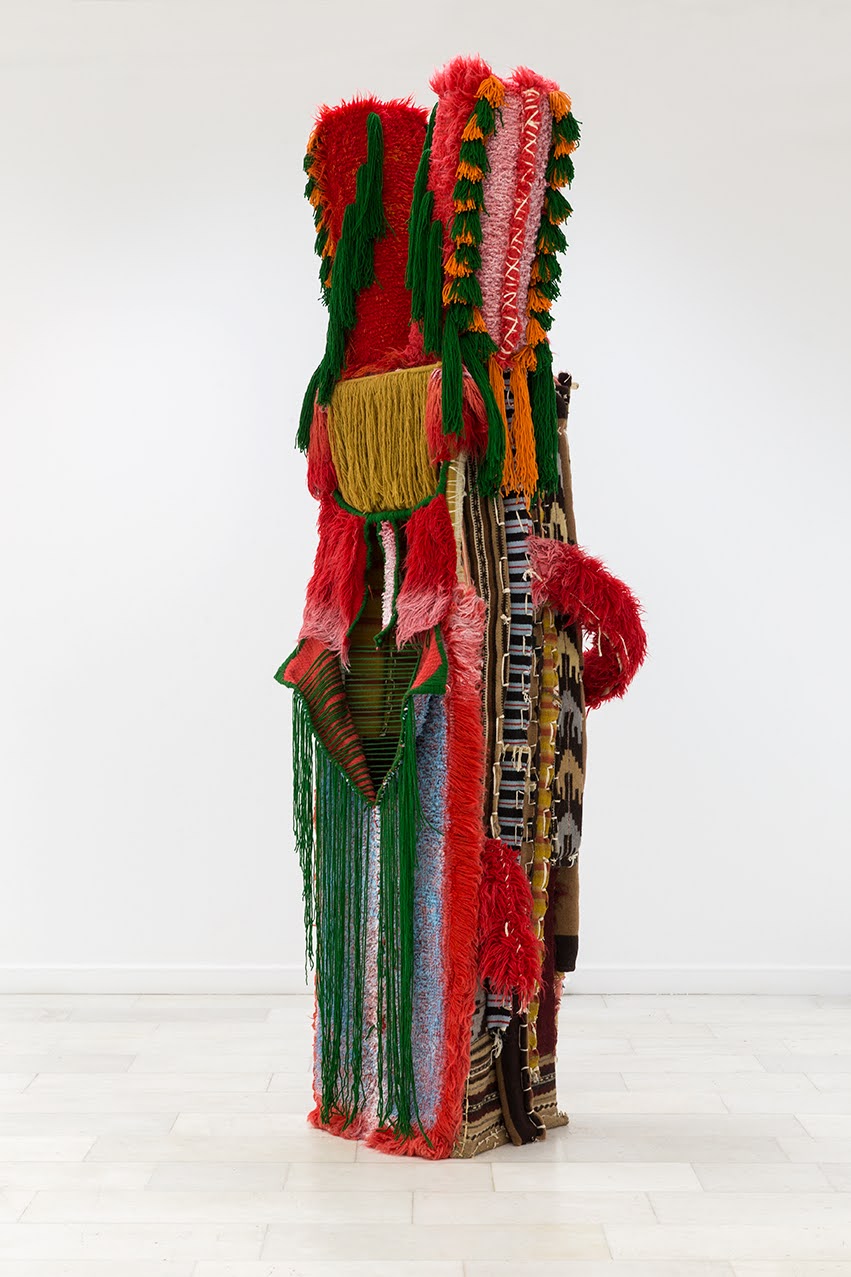 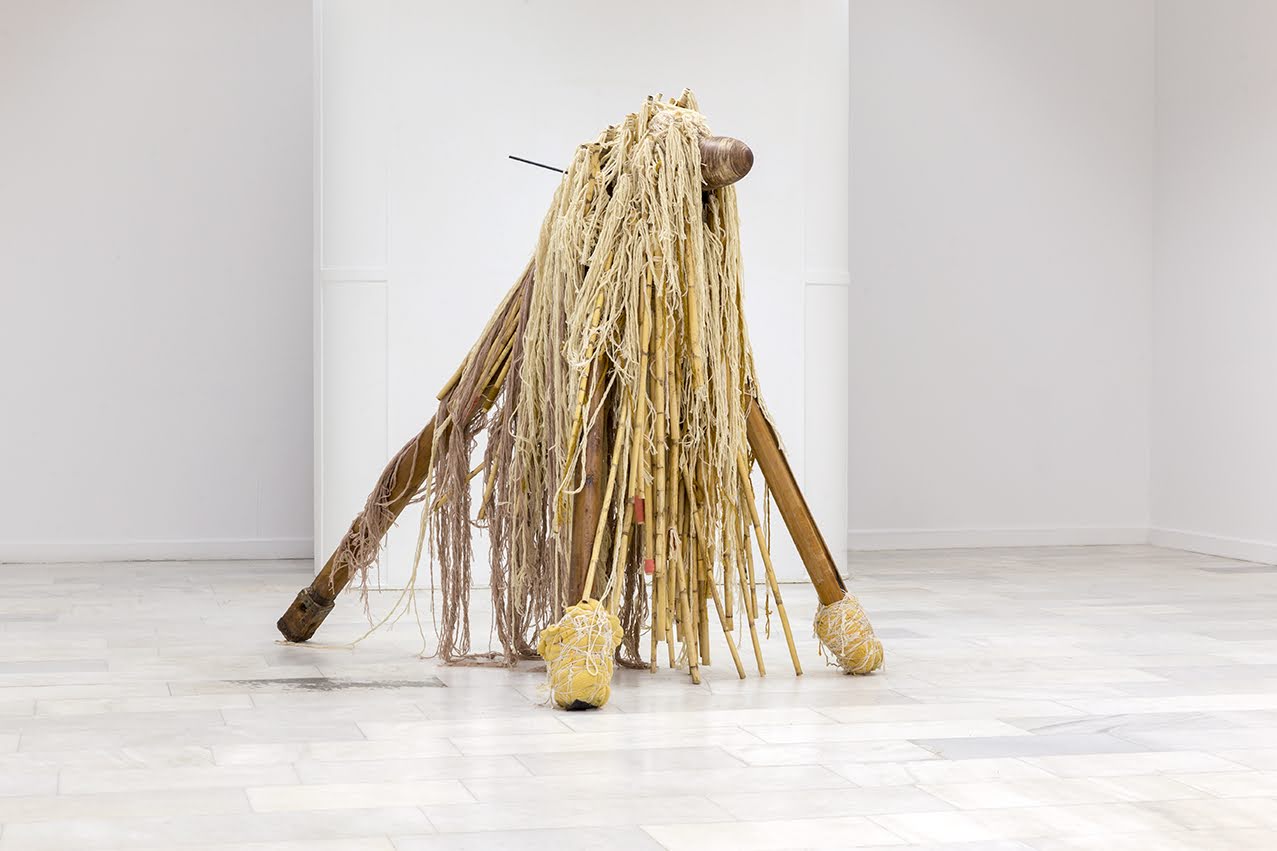 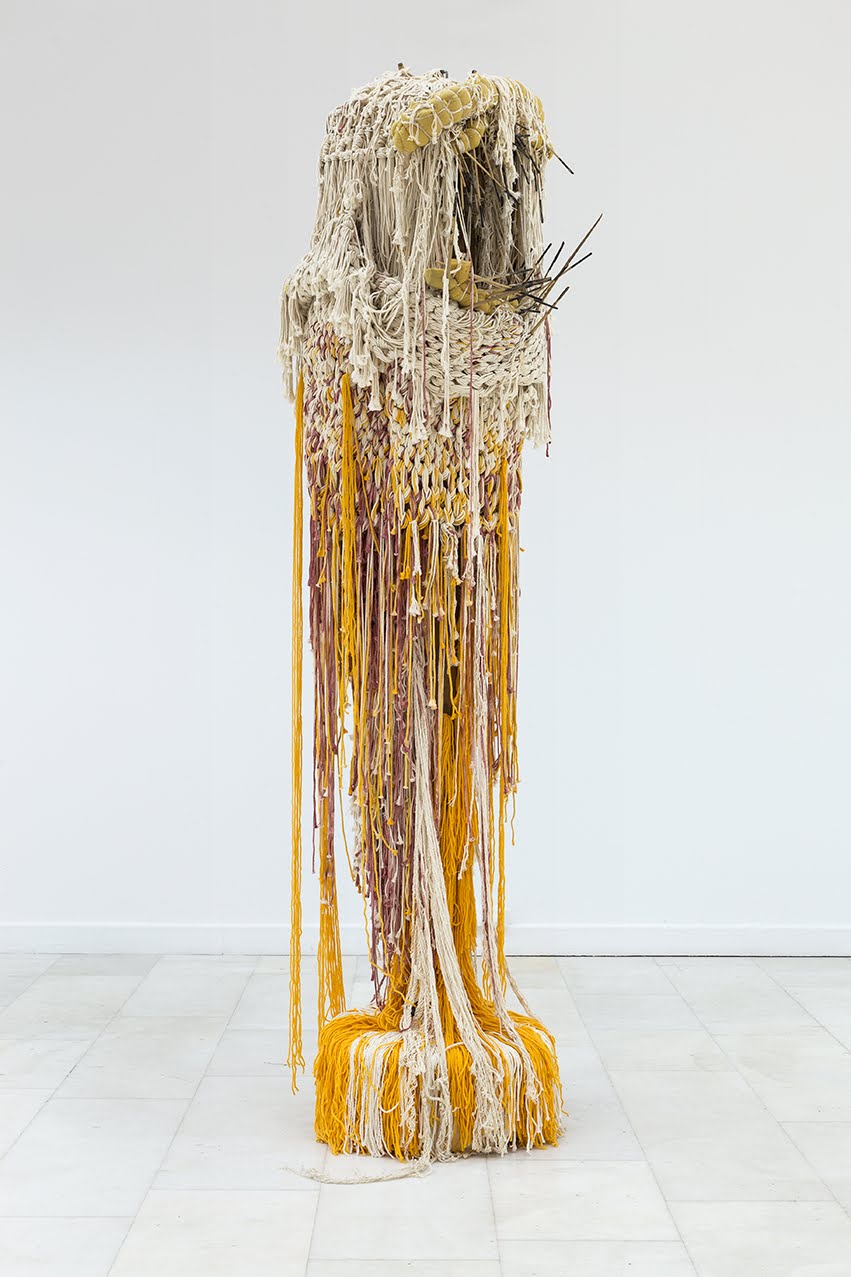 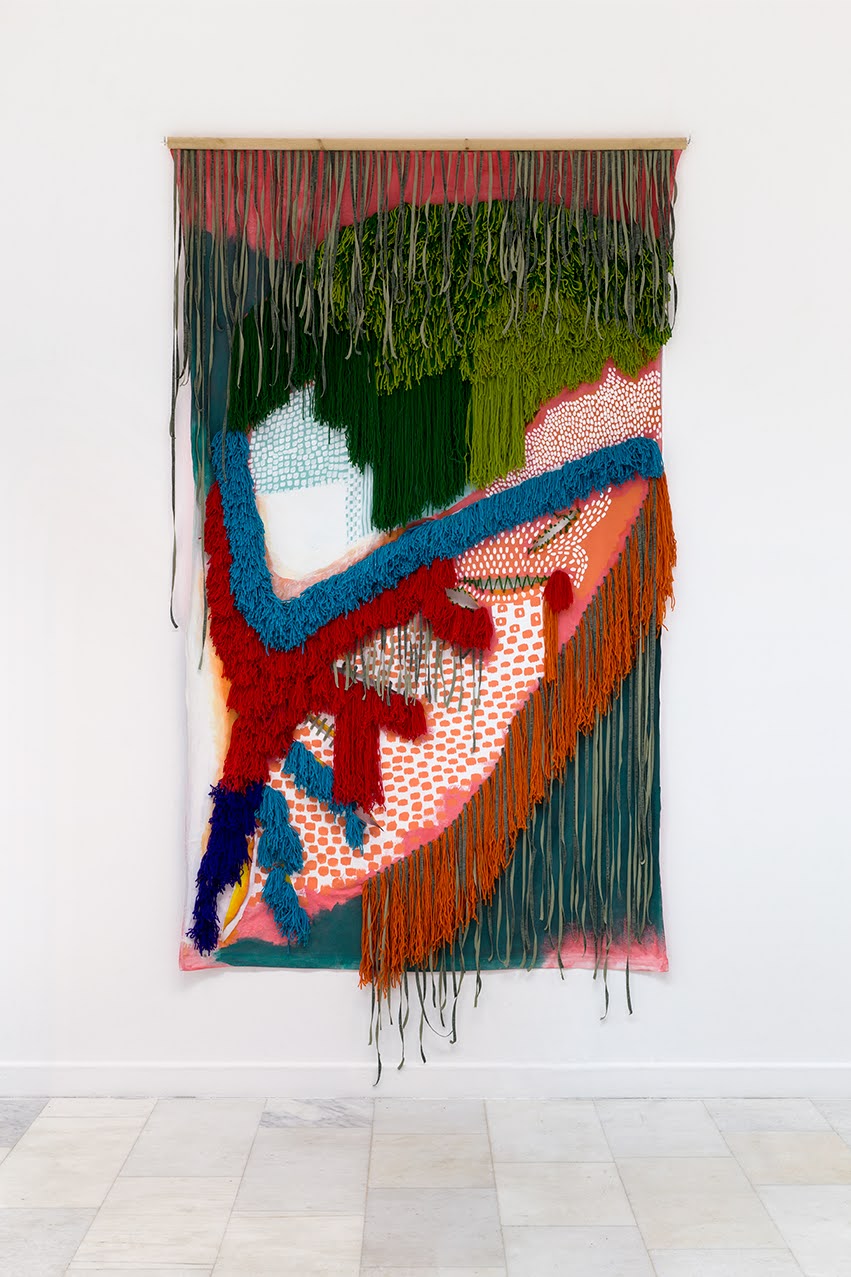 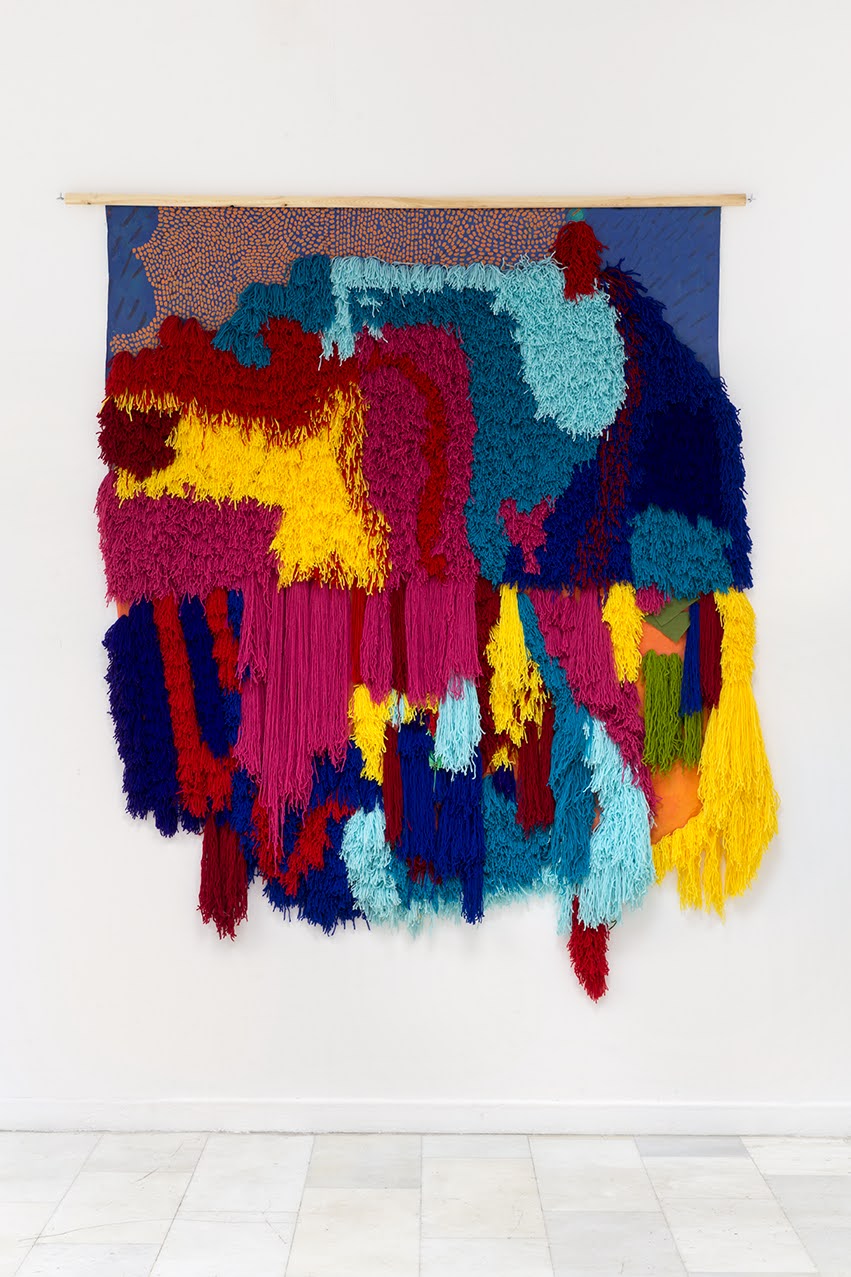 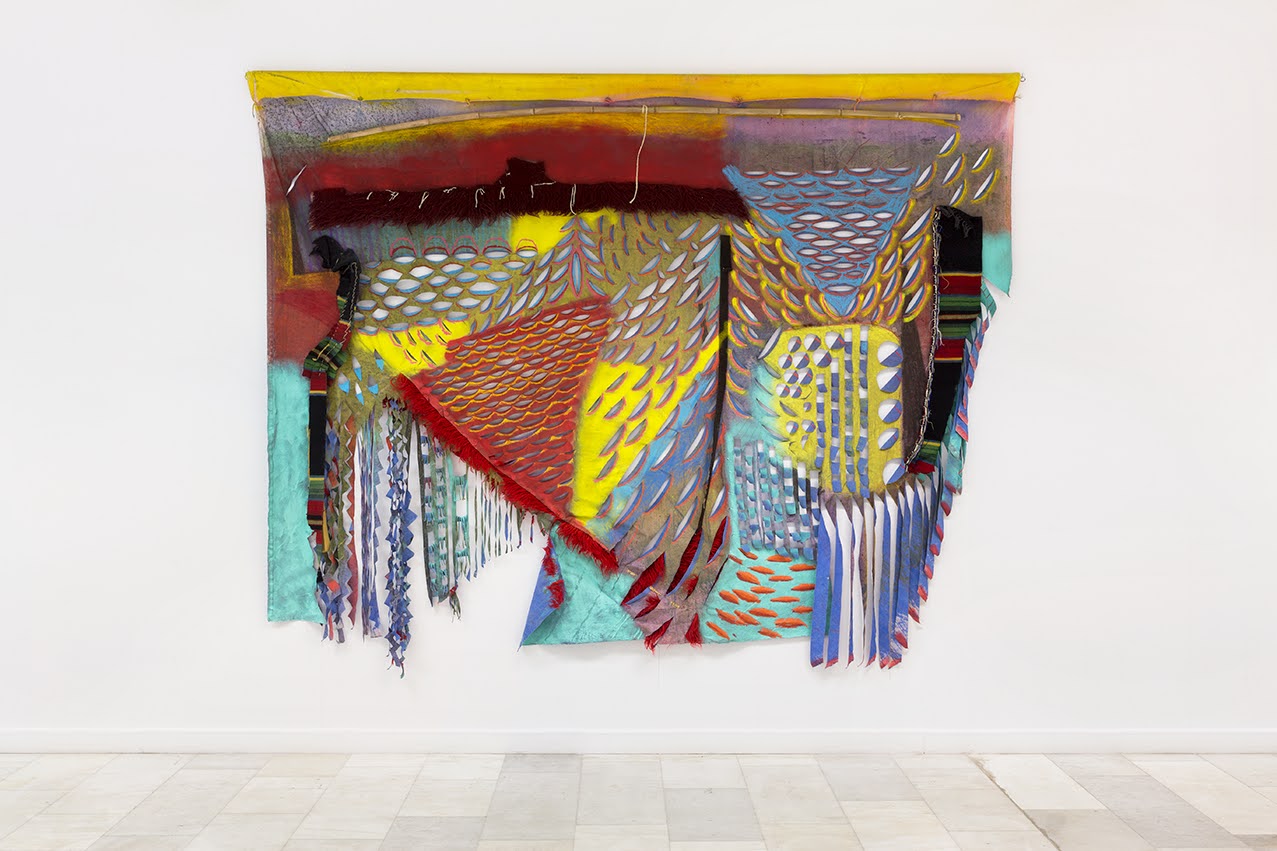 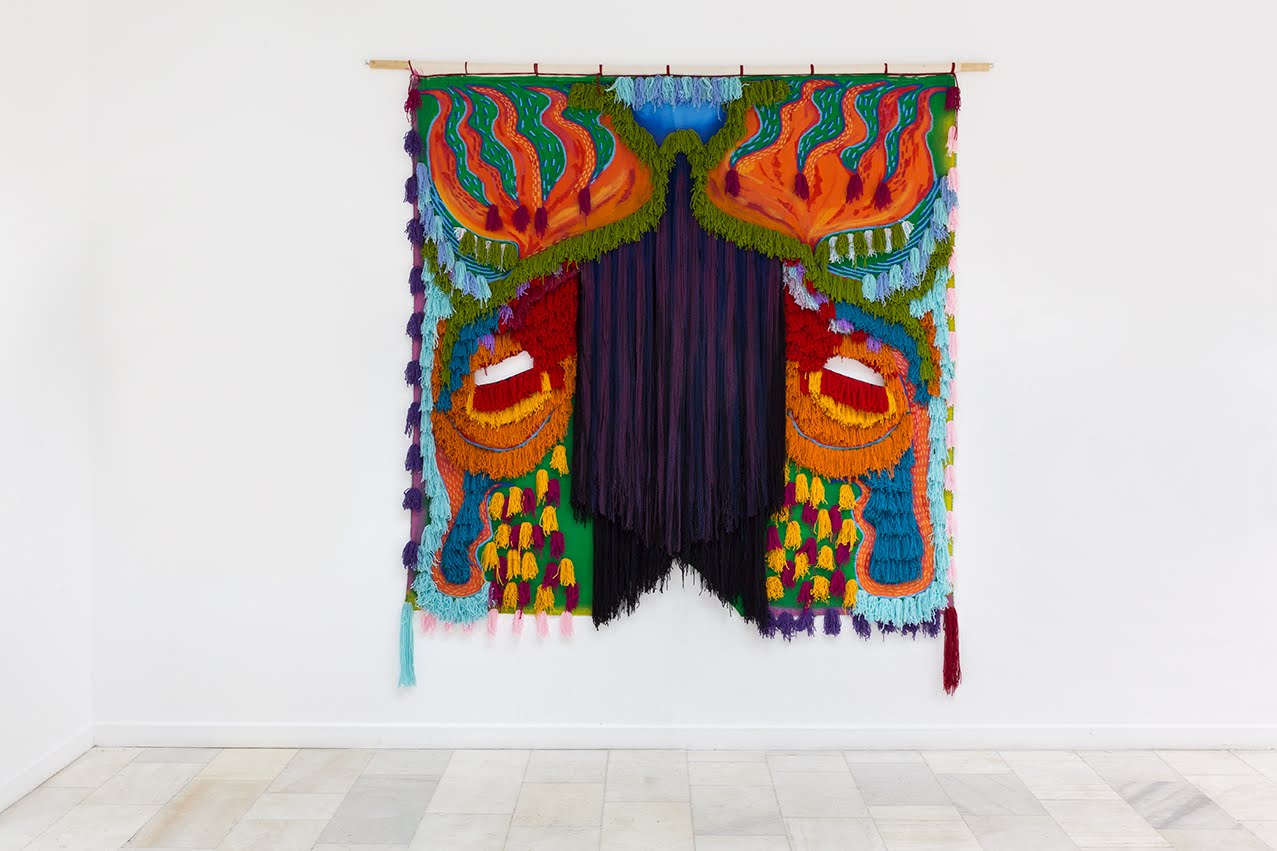 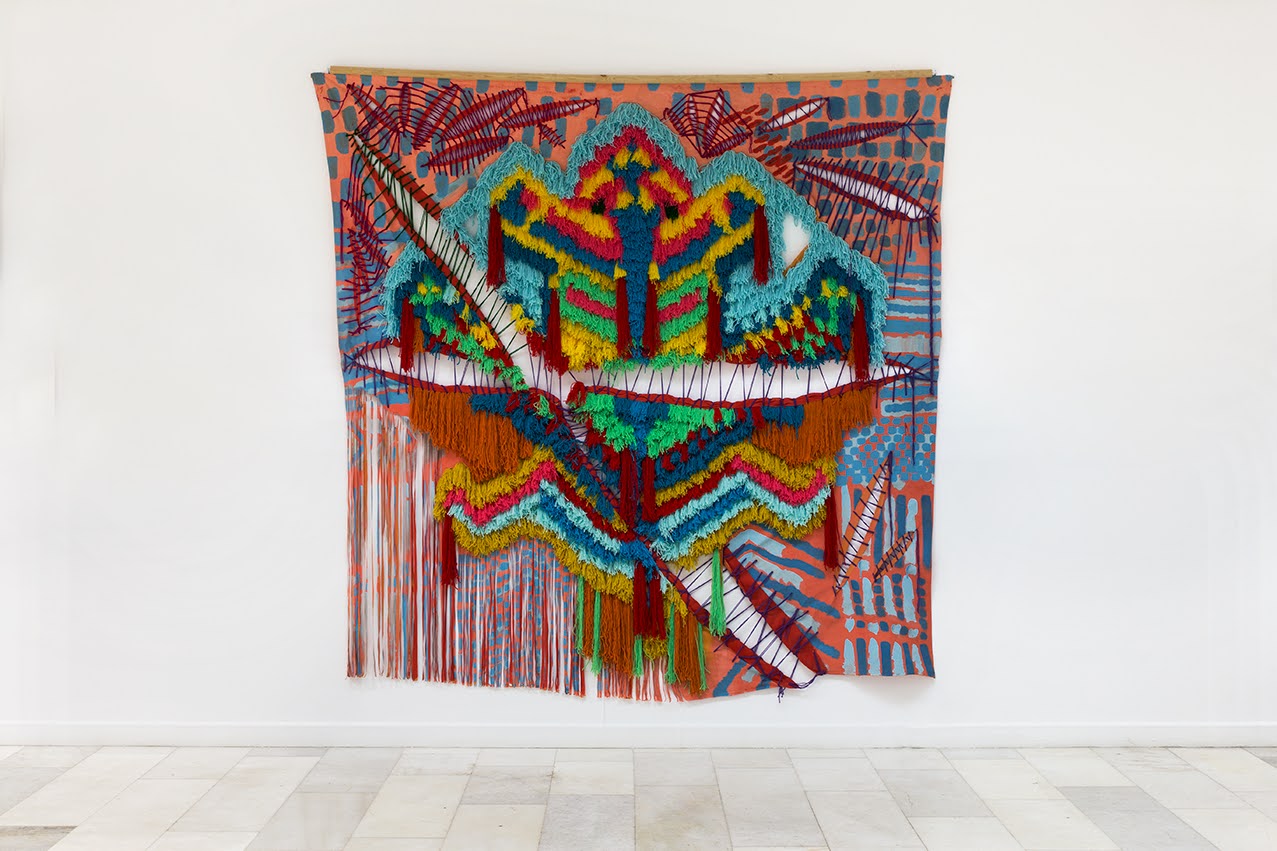 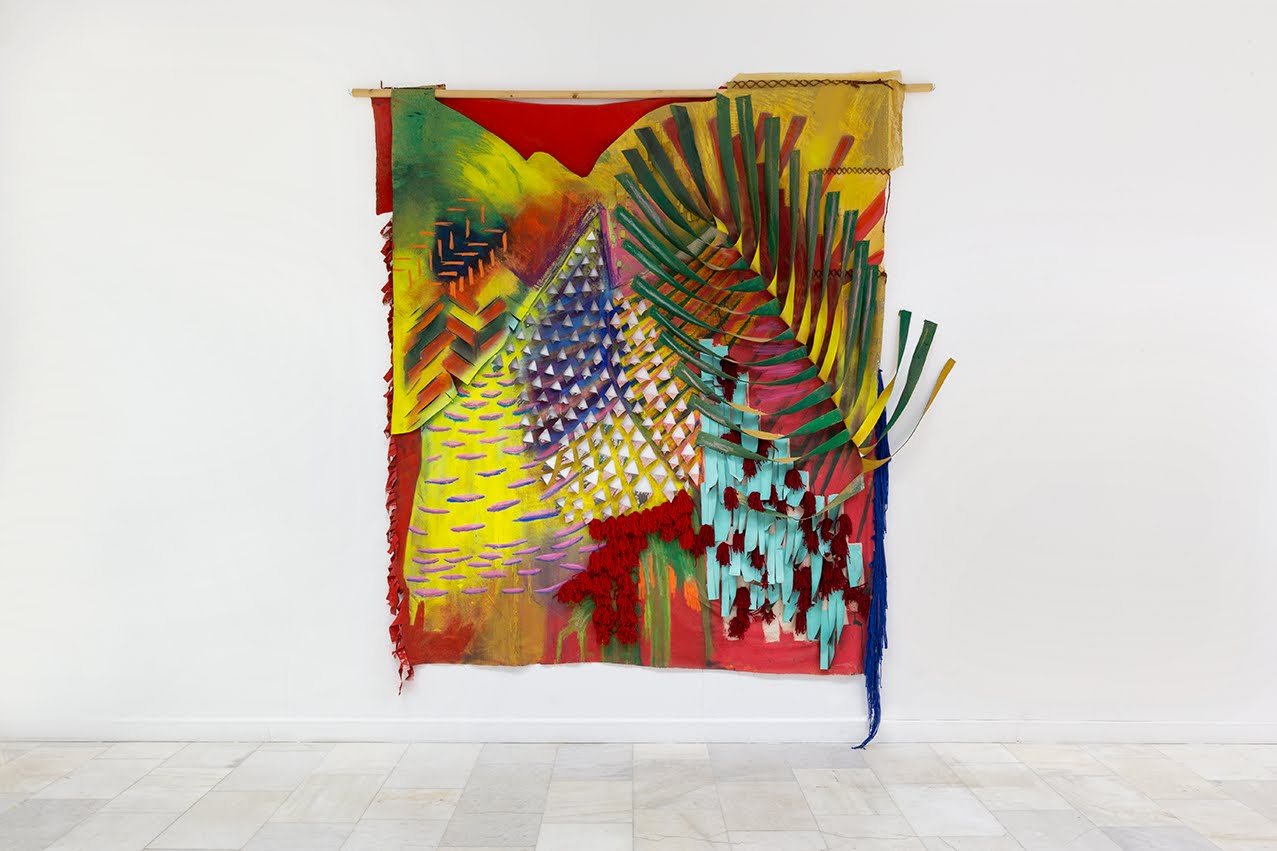 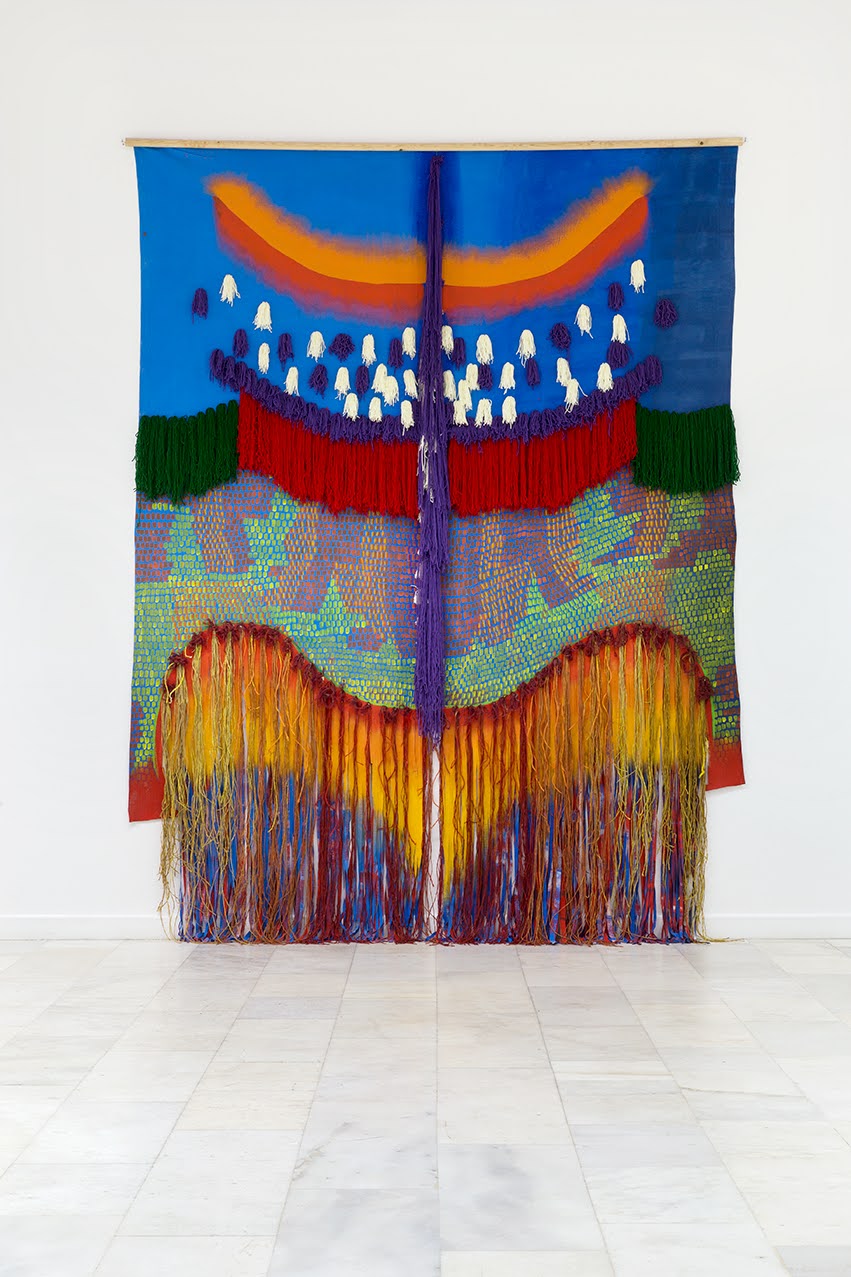 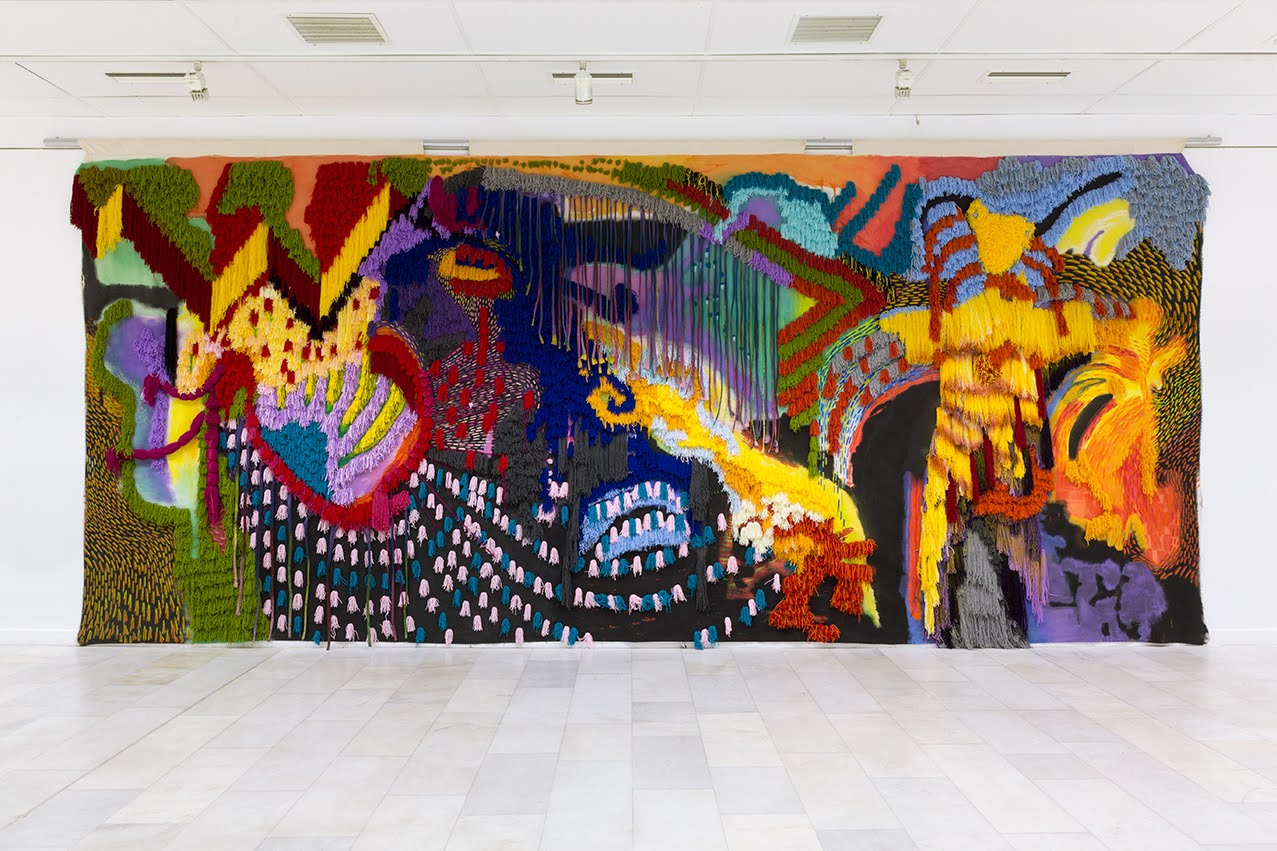 From the Elbow to the Wrist

Maro Fasouli’s work is closely related to defence and protection. From the beginning of her career, in 2009, the artist showed keen interest in building structures and typology, such as a series of shells inspired by anonymous folk architecture.[1] The concept of reconstructing structures, not only of buildings but of institutions as well, also concerned her in the activities of Under Construction artist group, of which she was a founding member. Her main mediums being drawing, constructions, and sculptural installations, in which she uses wood, yarn, stone, and – sometimes – archival material and readymade objects, she has thoroughly explored the nature of habitation, residence, and the limit.

Through her participation in relevant thematic exhibitions, including Unknown Artist and Folk Songs, Fasouli’s interest shifted towards folk art, folk tales, and folklore.[2] In the former, she showed an installation based on a wall calendar, titled Our Homes, published by the National Bank of Greece in 1983, featuring nostalgic photographs of traditional Greek home interiors. In the latter, she contributed a zoomorphic apotropaic sculpture –inaugurating, in effect, her latest series, on view today at the Art Centre.

In the artworks on view in From the Elbow to the Wrist, Fasouli employs traditional weaving techniques, using her own body as a measuring unit and her lower arm as her main tool, around which she rolls the yarn. The artist points out that she is more interested in the practice of weaving – its physical nature, anthropological aspects, and metaphorical connotations – and less in the predominantly decorative outcome of the process. Seemingly incomplete by design, Fasouli’s handwoven fabrics propose a rather personal and eccentric style, notably deviating from a traditional weaver’s work.

A cheerful, celebratory mood is evident in Fasouli’s exhibition, which transforms the Art Centre’s ‘white cube’ into a multi-level, psychedelic collage that dazzles the eye with its riot of colour. Yet, the artist’s references also betray a darker side. Her totemic sculptures, which antedate the tapestries, have been produced ‘as a nod to the so-called xoana, apotropaic figures that served as protection against all fear,’ the artist reminds us. Made in woven yarn and fabrics, polyurethane foam, bamboo, and reed, these anthropometric artworks are inspired by the well-known Daidala in Boeotia – pieces of wood adorned as brides and ritually burned. They also converse with ritual figurines of female deities (Hera on Samos, Ephesian Artemis), which, according to Walter Burkert, were ‘involved in a ritual of disappearance and retrieval.’[3] These female deities ‘disappear and must be brought back;’ their lavish jewellery (the ‘pectoral of affluence’) symbolises fertility.

Since none of these wooden sculptures have survived to date, xoana belong to the realm of mythology and folk tales. Apotropaic sculptures, however, are found in other civilisations, as well – a characteristic case in point is Congolese Fetishes. More precisely, according to Alfred Gell, ‘Apotropaic art, which protects an agent (whom we will take to be the artist, for the present) against the recipient (usually the enemy in demonic rather than human form), is a prime instance of artistic agency, and hence a topic of central concern in the anthropology of art. The apotropaic use of patterns is as protective devices, defensive screens or obstacles impeding passage.’[4] Similarly, the apotropaic patterns in Fasouli’s tapestry, in which she uses yarn, cloth, spray, and pastel, ensnare the demons (of which not a few haunt us every day), or serve as ‘potential weapons in situations of conflict.’[5] Paradoxically, then, these intensely decorative artworks operate also as ‘spreads of defence,’ to use the title of an older work by the artist.[6]

Other themes explored in Fasouli’s exhibition are the proximity between weaving and architecture – a relationship that goes back centuries – and the function of textile as a fixed or portable protective screen. It suffices to consider the pioneering female Bauhaus artists, most characteristic amongst them Anni Albers, to grasp the importance of weaving for modernist abstraction and to comprehend the changeable nature and adaptability of this physical practice that brings to the fore tactility as the principal sense. Writing about Albers’ work, art historian Briony Fer remarks on another aspect, which becomes evident on looking at Fasouli’s work: here ‘weaving becomes more than a medium – say, like painting – and much more expansive, much more structurally embedded in its environment.’[7] Indeed, at times Fasouli’s tapestries are reminiscent of the graffiti that abound in Athenian streets. This is further highlighted in the monumental (3×7m), especially produced for the Art Centre, which is comparable to a wall painting.

Fasouli’s work does not gain meaning only through its relationship to the work of other artists and thinkers – the oeuvre of Alexis Akrithakis springs to mind, as do the writings of the scholar of anonymous architecture Bernard Rudofsky, the late paintings of Frank Stella, especially his Shards series (1983). The psychological structure of her textiles, their inherent ambiguity, makes evident something more substantial: that artifacts, also according to the anthropologist Alfred Gell, ultimately encapsulate complex communicative intentions and are able to influence our thought.

[1] One such shell, made in vitex agnus-castus and plastic, was shown at the group exhibition Apolyti Ekkinissi (curated by Alexandra Oikonomou and Anna Hatzinassiou), held, incidentally, at the Art Centre in 2009.

[2] The exhibition Unknown Artist (curated by Christina Sgouromyti), in which Fasouli showed her work The Nature of the Limit (2015), was held in 2015 at Stegi S. Tryfon at Molyvos, Lesbos. The exhibition Folk Songs (curated by Apostolis Artinos) was held at the Panourgias Residence in Amfissa, Phocis, in 2018 and the following year travelled to Athens, to the Angeliki Hatzimichali Museum of Folk Art and Tradition.

[3] See chapters ‘The Plank and the Pectoral’ and ‘Daidala,’ in Walter Burkert, Structure and History in Greek Mythology and Ritual, University of California Press, Berkeley, Los Angeles, London 1979, p129.

[6] Fasouli’s eponymous installation went on view in 2013, in group exhibition Afresh. A New Generation of Greek Artists, curated by Daphne Dragona, Tina Pandi, Daphne Vitali, at the EMST in Athens.