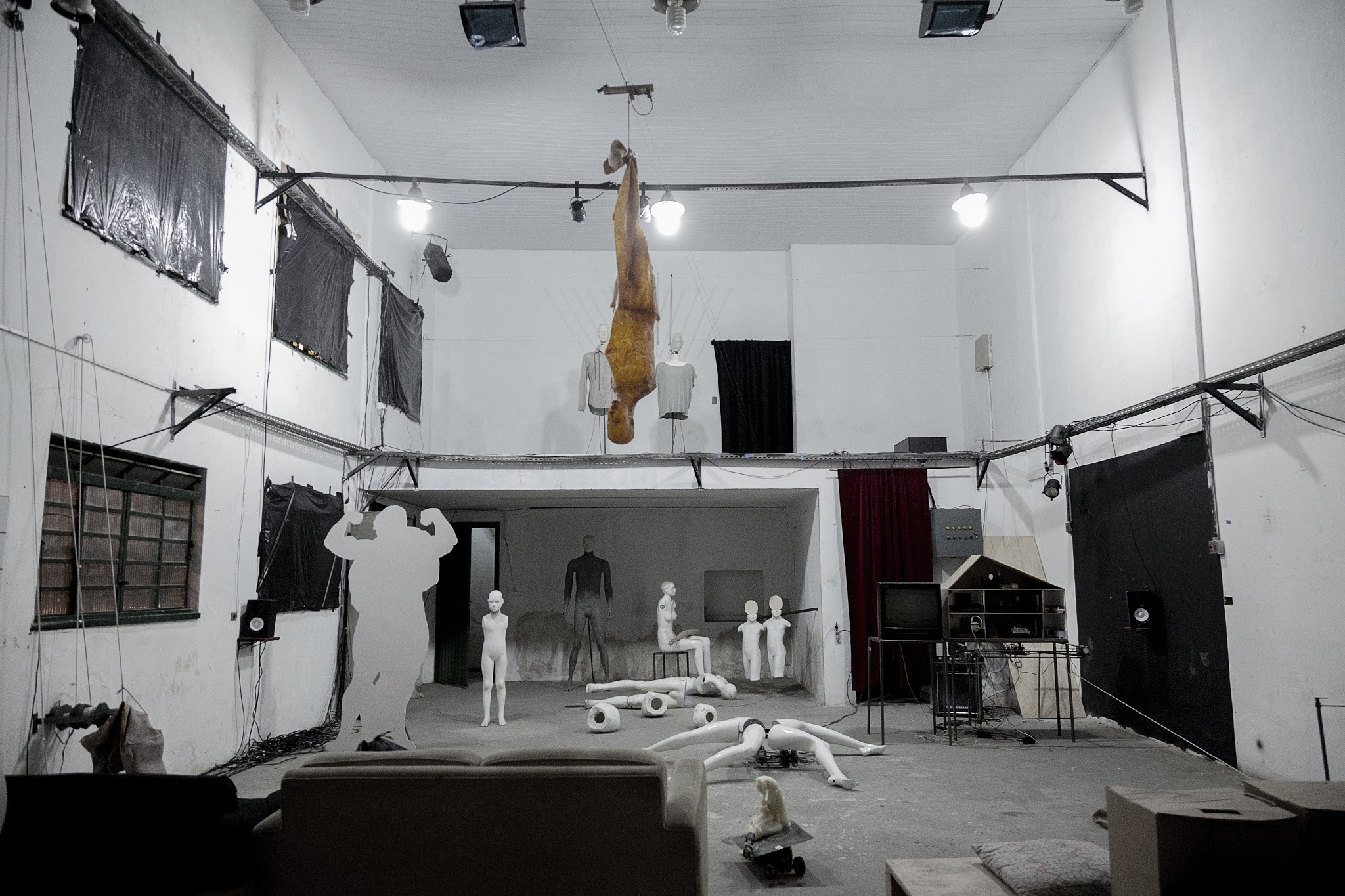 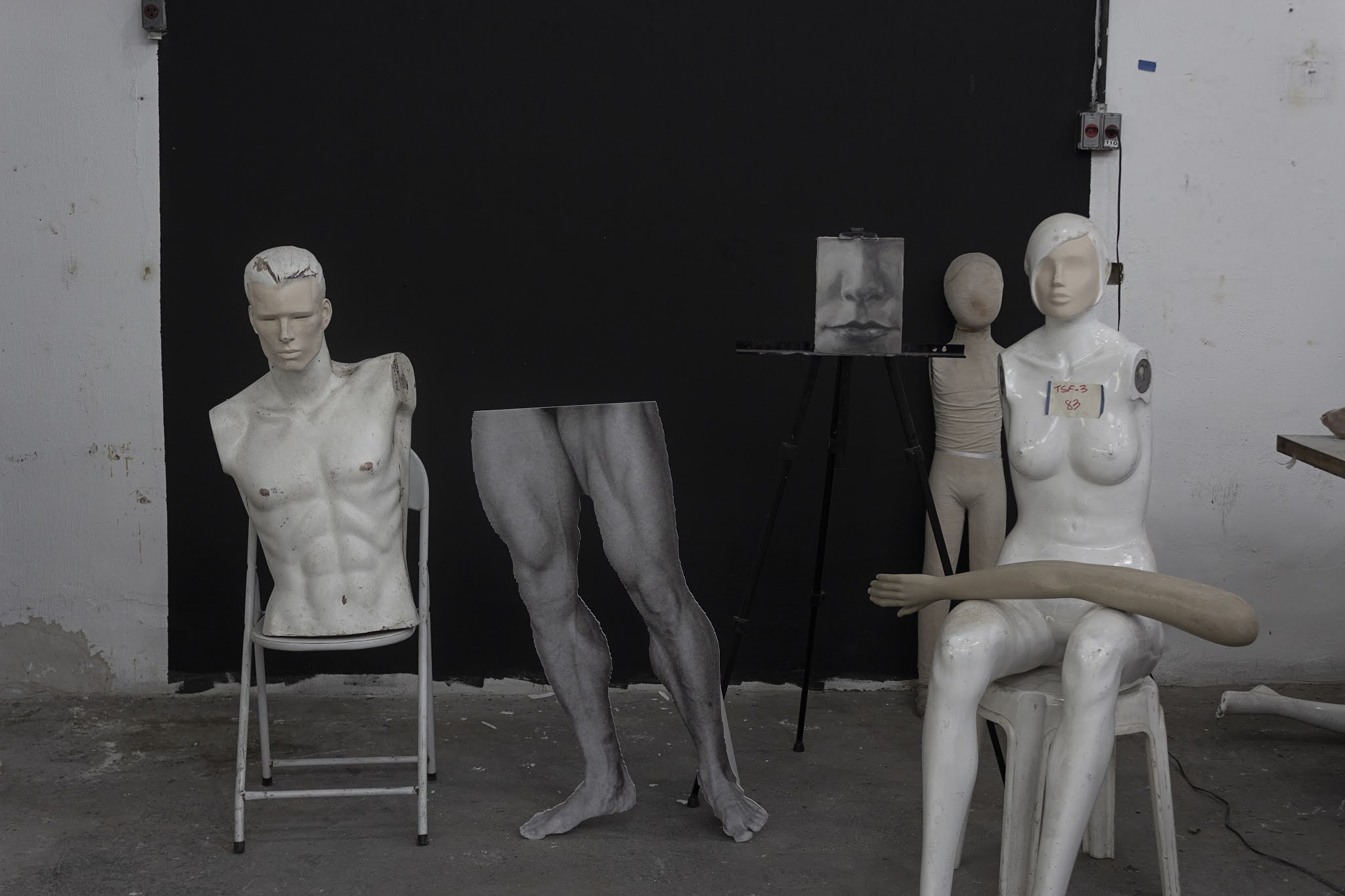 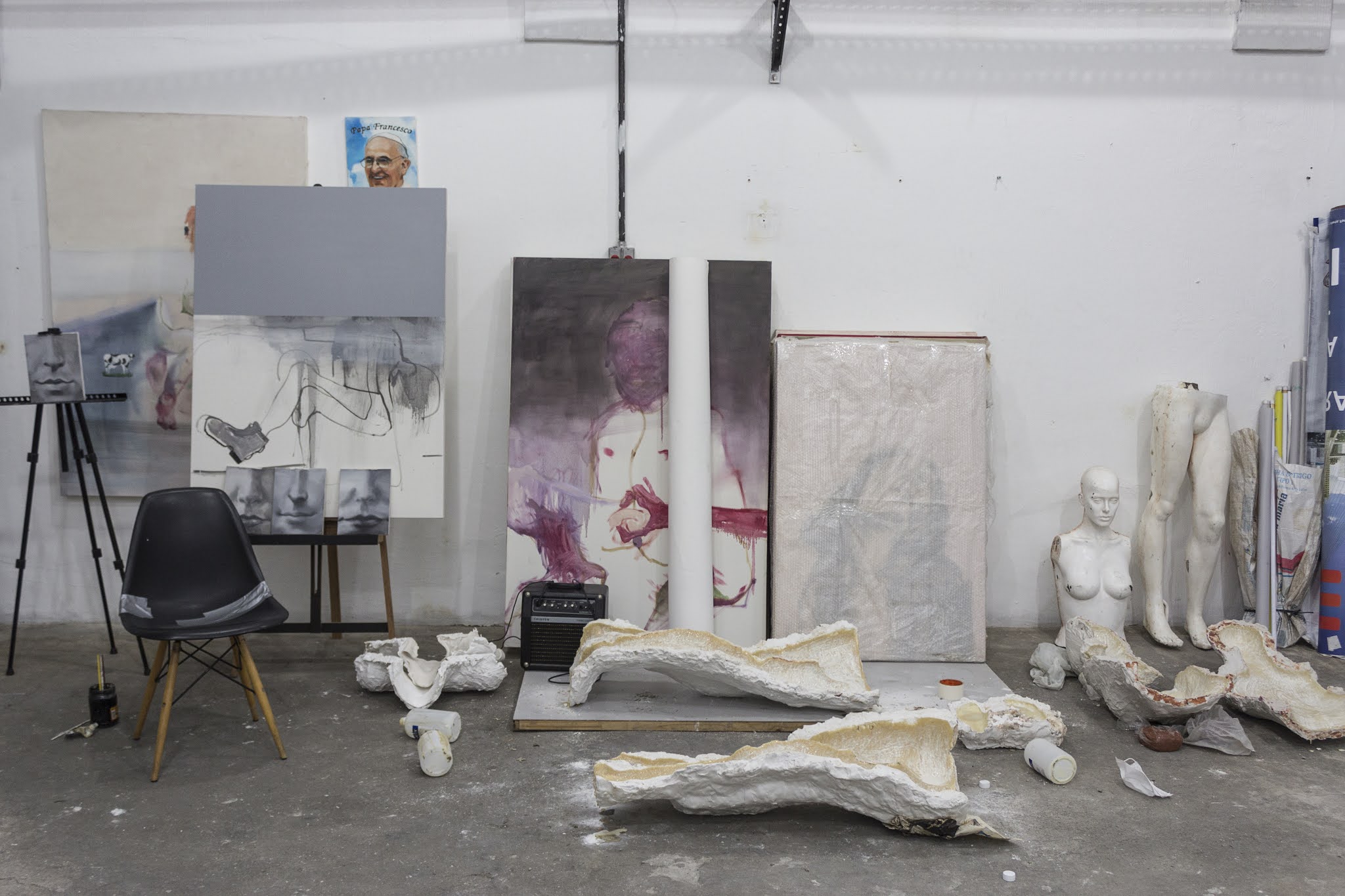 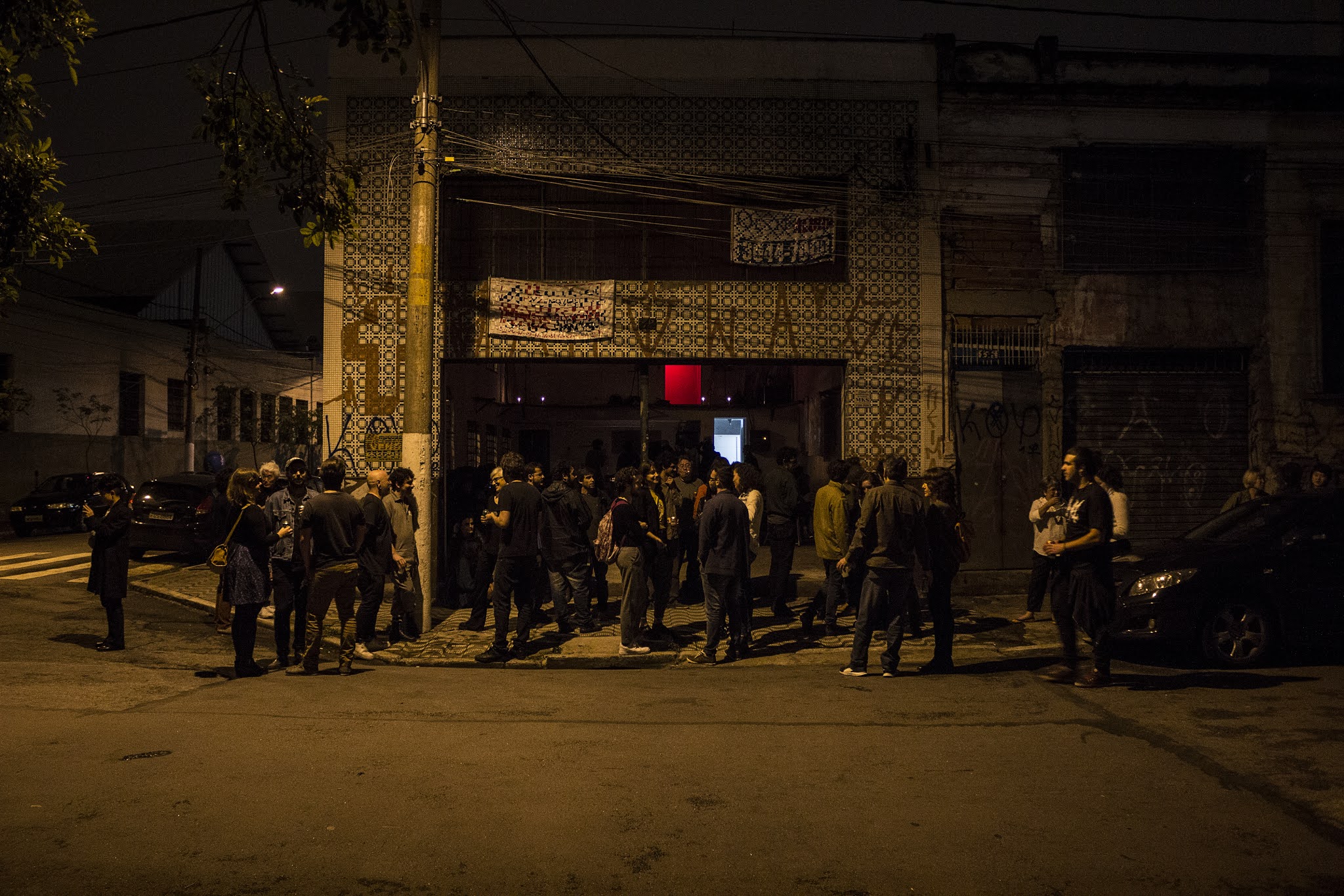 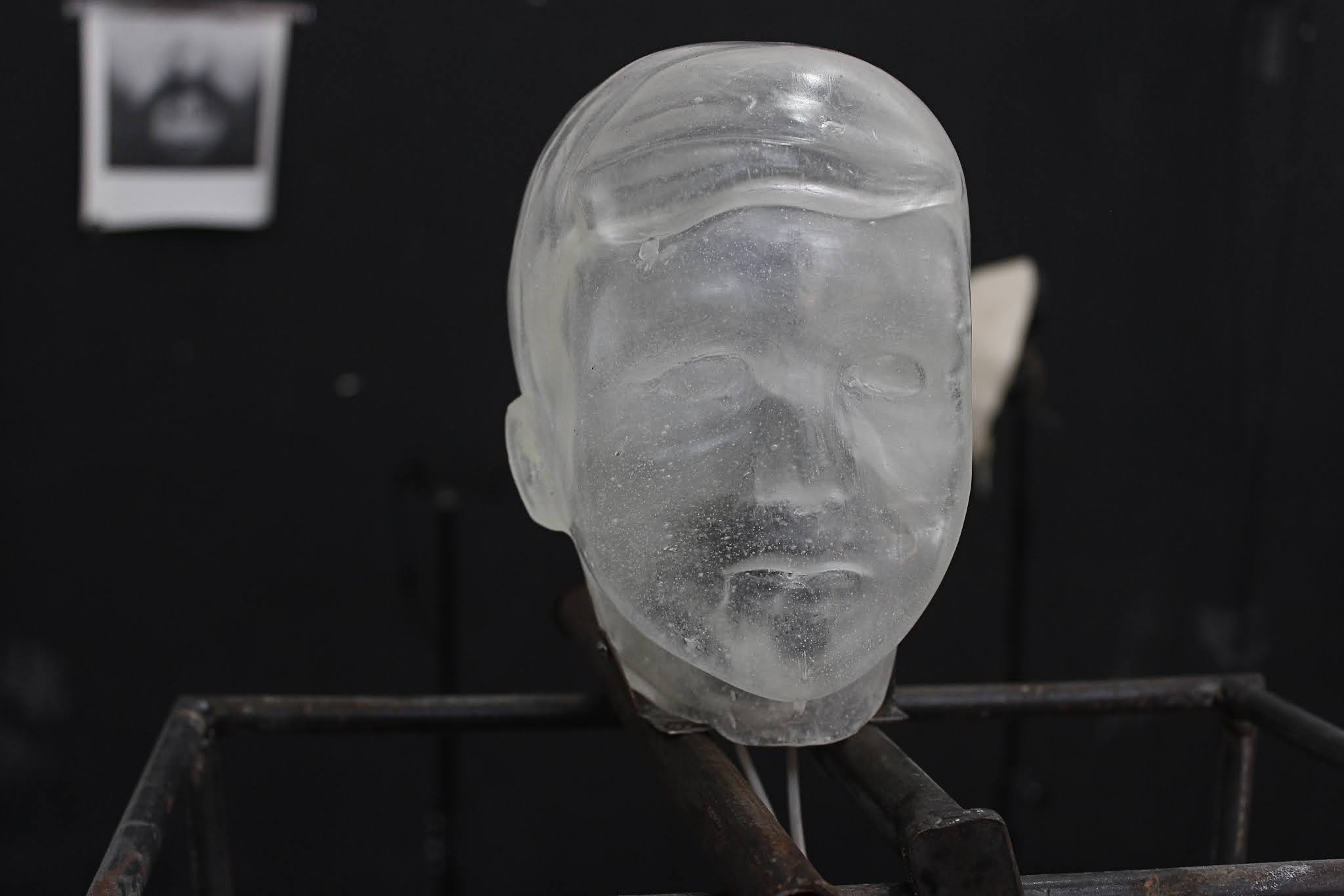 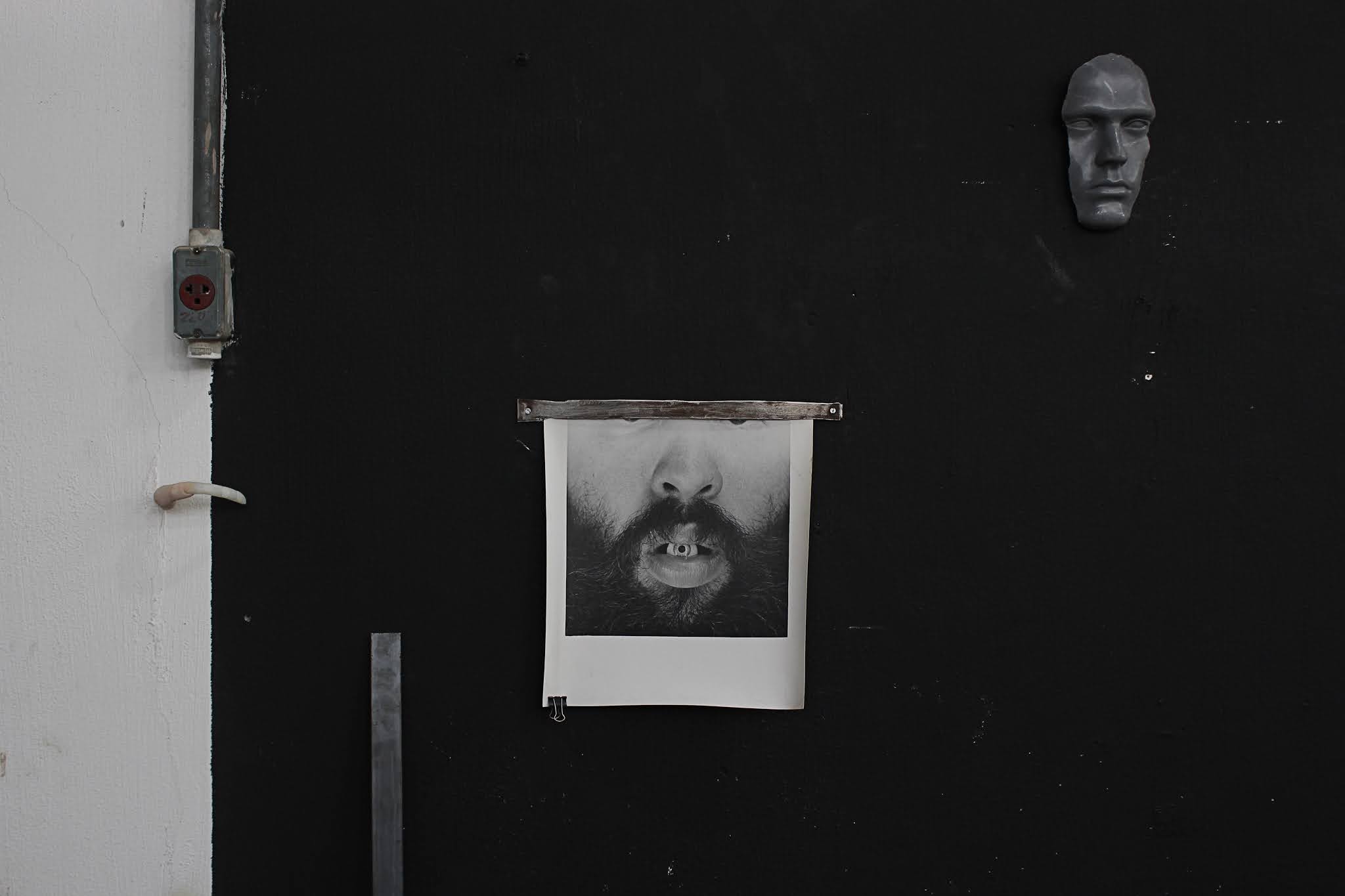 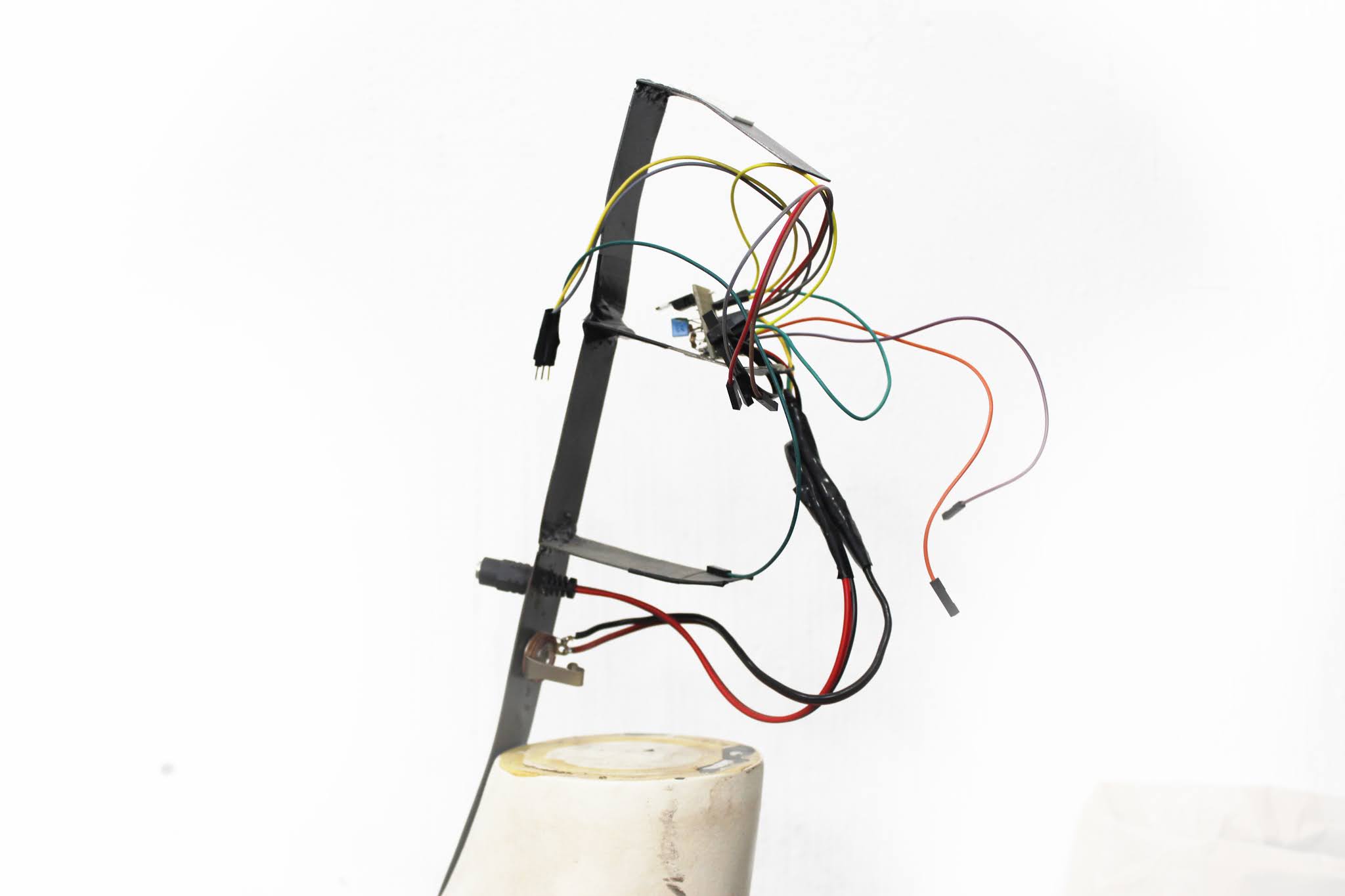 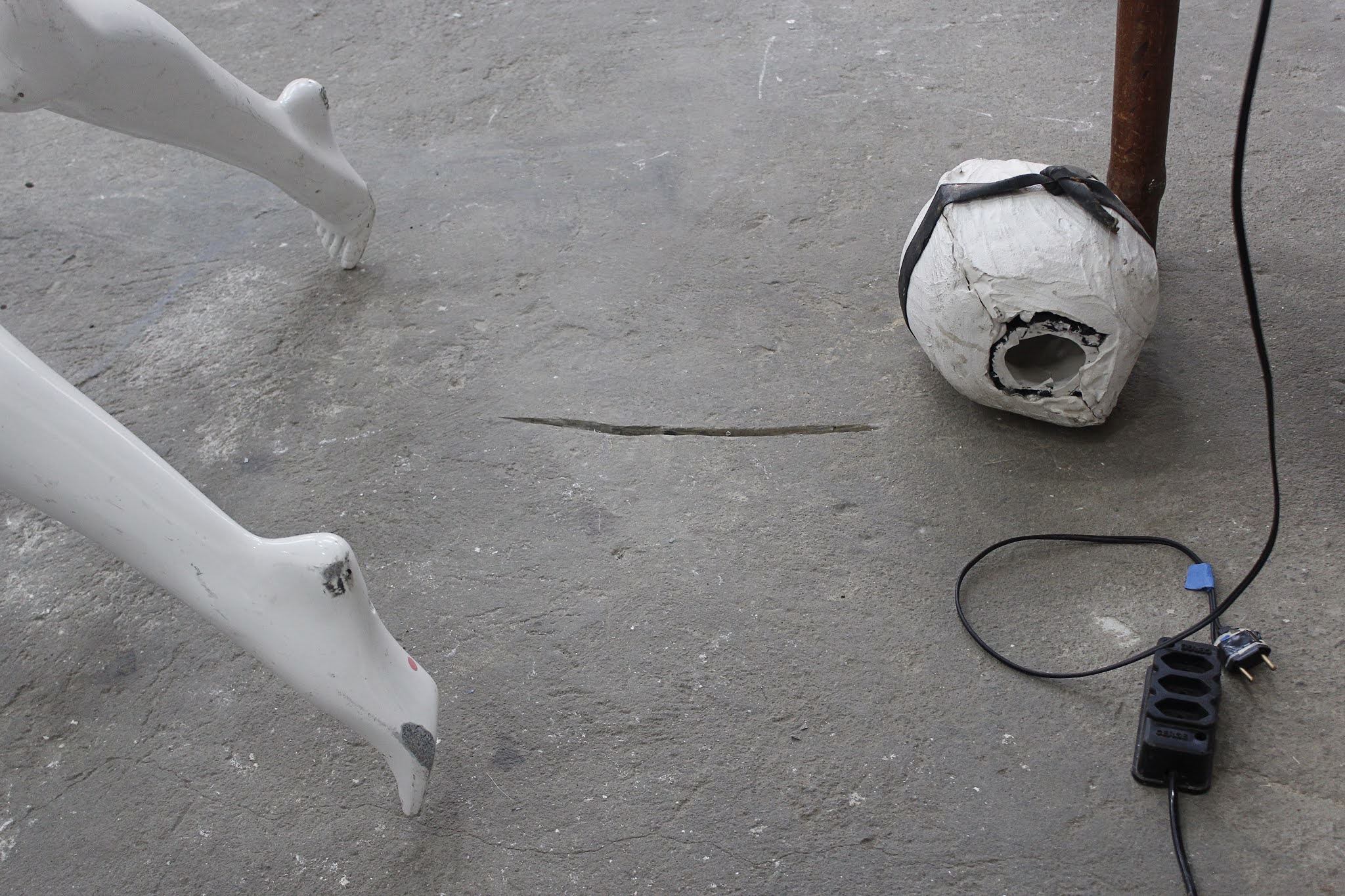 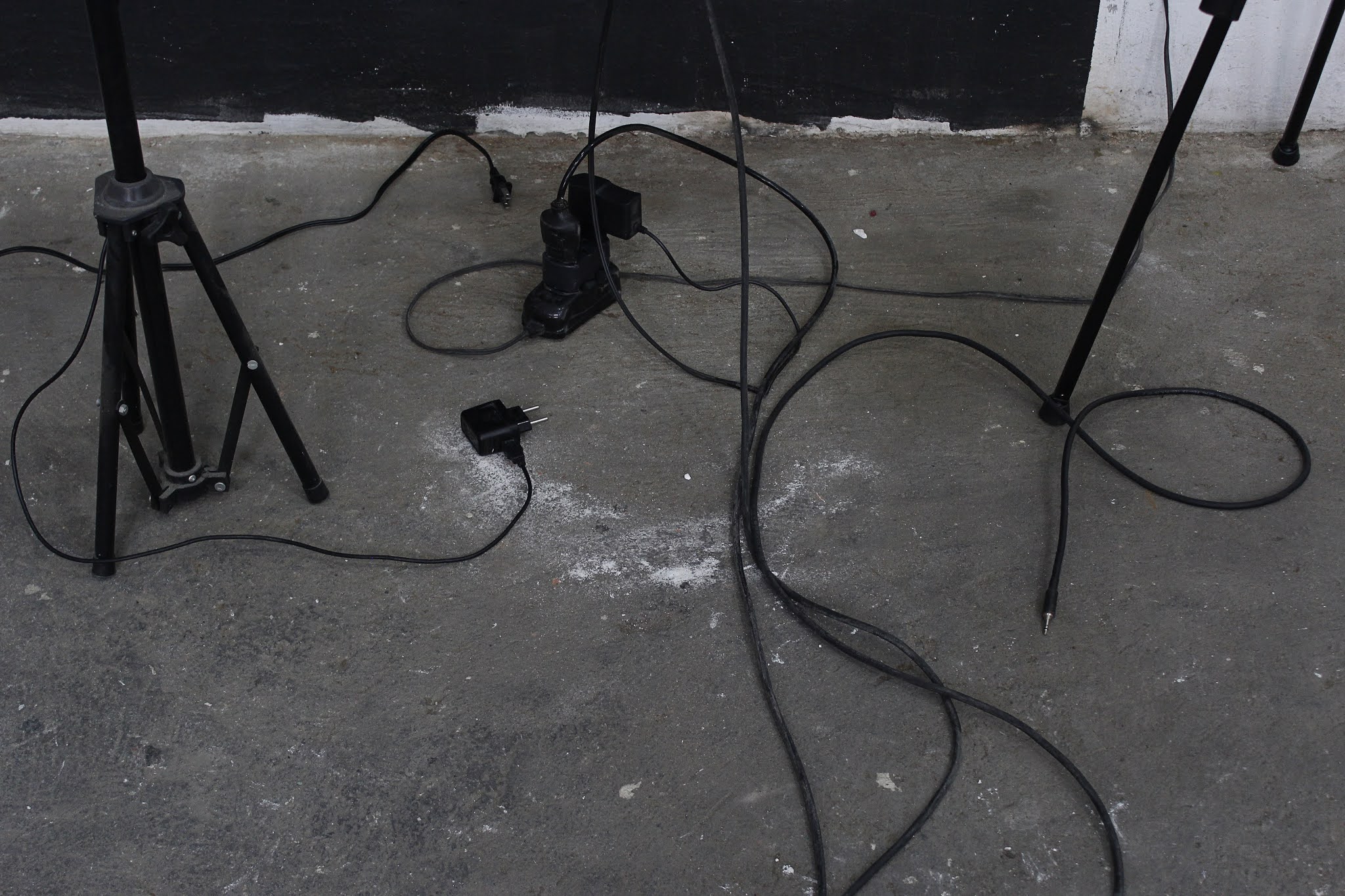 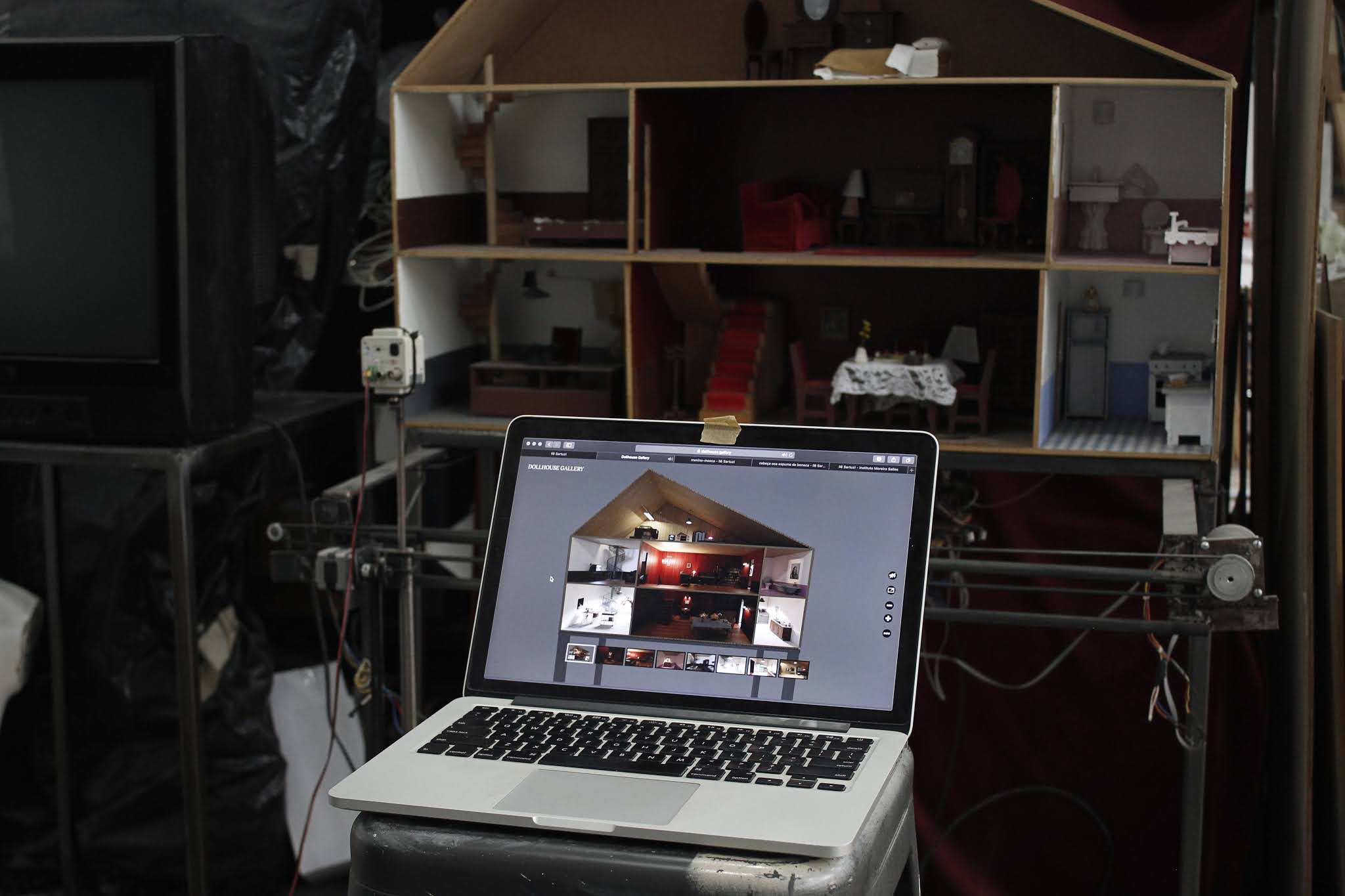 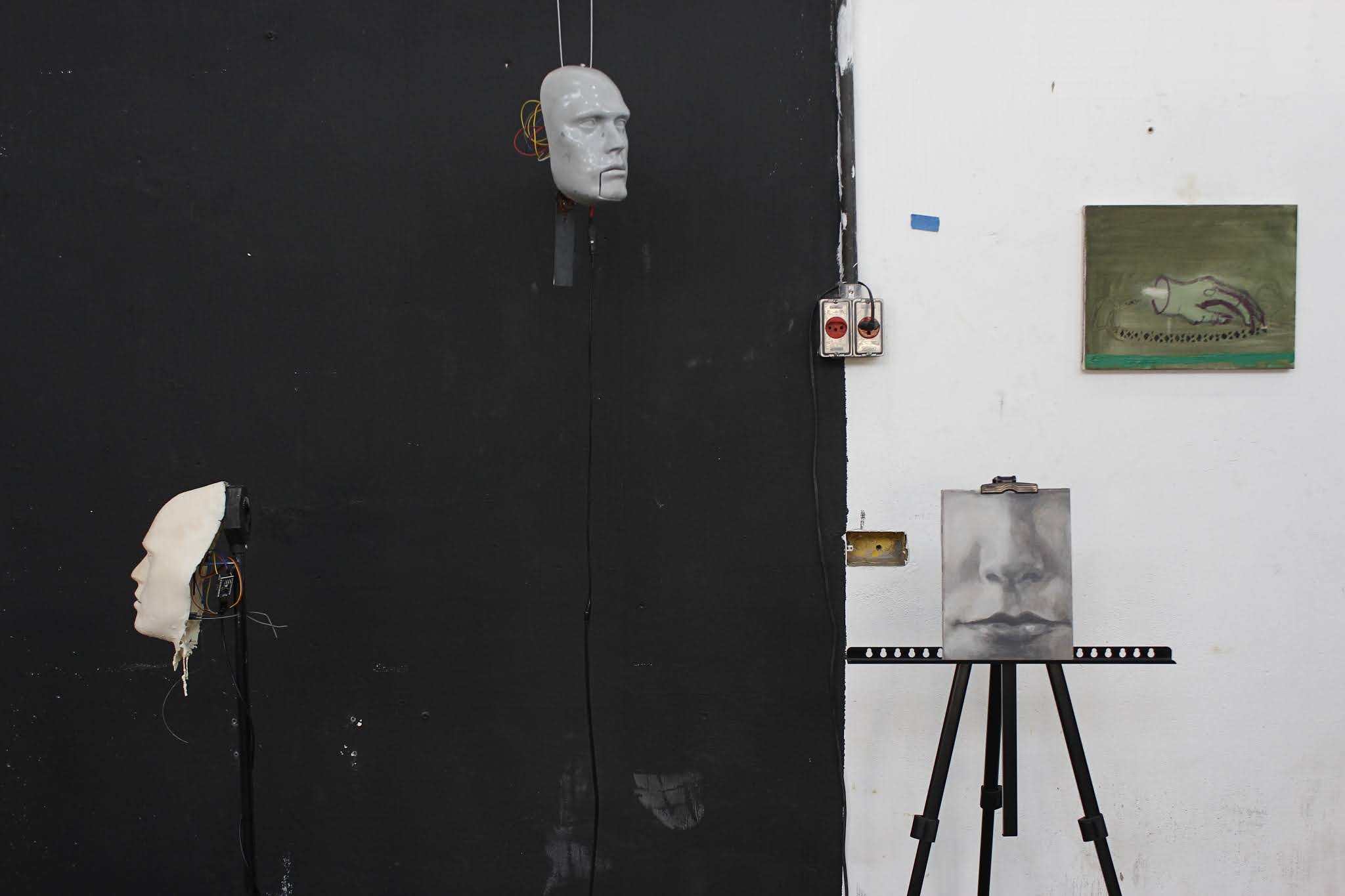 Ilê Sartuzi (1995, lives and Works in São Paulo) is an artist who graduated from the University of São Paulo (USP). His research ranges from sculptural objects, mapped video projections, installations, and theatrical plays. The works address questions concerning the idealized image of a body, often fragmented or constructed from different parts, Frankenstein-like, but also the absence of this figure in proto-architectural and virtual spaces. He also worked as a researcher, producer, and assistant to the Swiss curator Hans Ulrich Obrist, following his interview project in Brazil (2016-2017). Co-creator and organizer of the arte_passagem project; where he invited Ana Matheus Abbade to collaborate with the intervention Faço pé e Mão (2018) and organized the PARADE of clothes made by artists in downtown São Paulo (2019). He participated in exhibitions at institutions such as SESC (Ribeirão Preto, 2019; Distrito Federal, 2018); CCSP - São Paulo Cultural Center (2018); MAC-USP Museum of Contemporary Art (2017); Ribeirão Preto Art Museum (2020; 2017; 2015); Paço das Artes (2020); Maria Antônia University Center (2019); Galeria Vermelho (2017; 2018, 2019); the three in collaboration with the research group After the End of Art that he has been part of since 2015. He presented theatrical plays performing video-mapping projections in spaces such as Oficina Oswald de Andrade (2018, 2020); Itaú Cultural (2019); Container Theater (2019), and TUSP (2019). Working for more than a year on a specific project, Sartuzi presented his play without actors' hollow head doll’s foam at Firma (São Paulo, 2019). In 2020 he was invited by IMS - Instituto Moreira Salles to produce a commissioned work resulting in the production of a video constructed with computer-generated images (CGI) that dialogues with a late text, Worstward Ho!, by Samuel Beckett. He also held a residency at Olhão (2020), developing another similar video, Night and Day, which was later awarded with Itaú Cultural's incentive. He is now developing a project with Giselle Beiguelman commissioned by Paço das Artes.
Newer Post Older Post Home