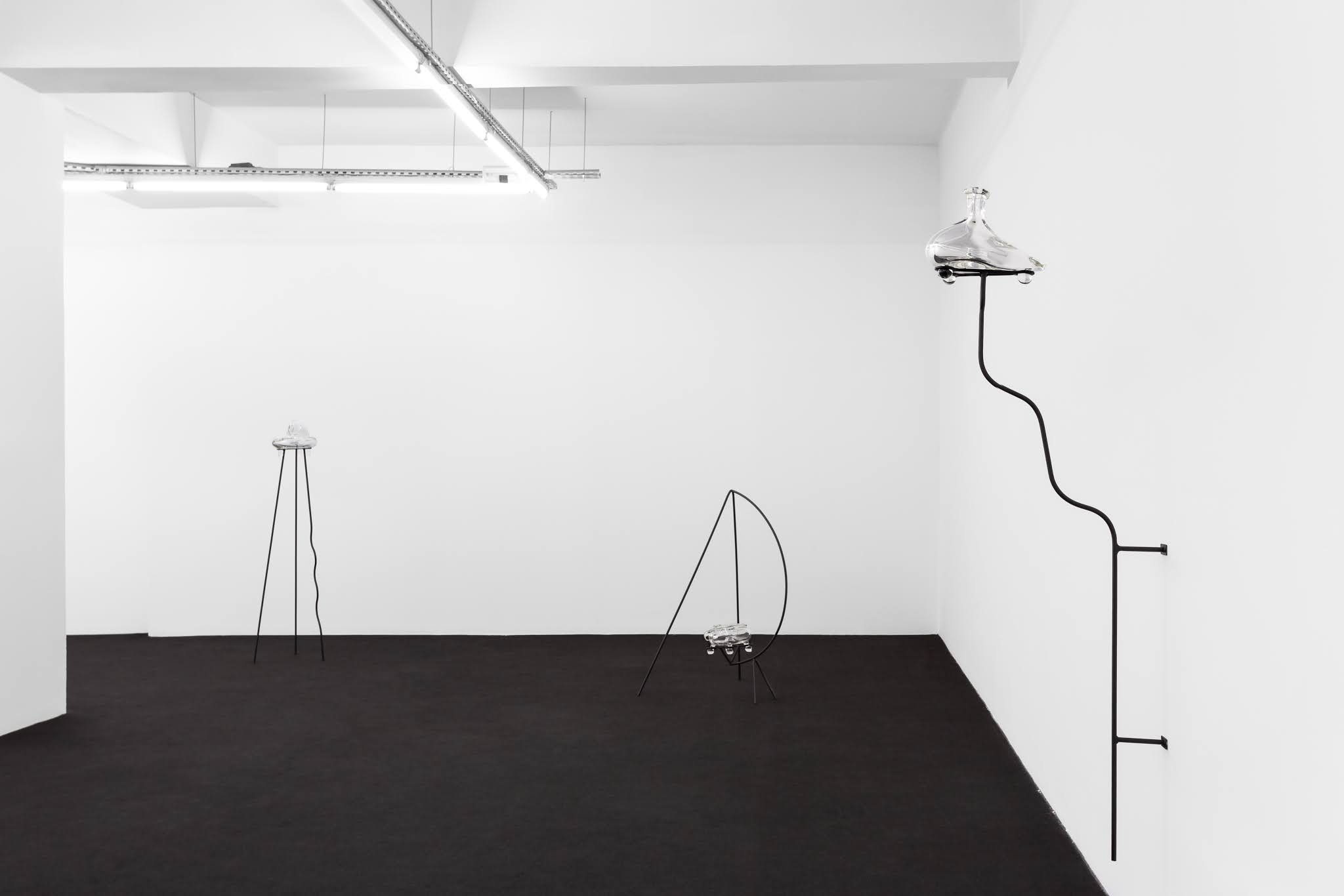 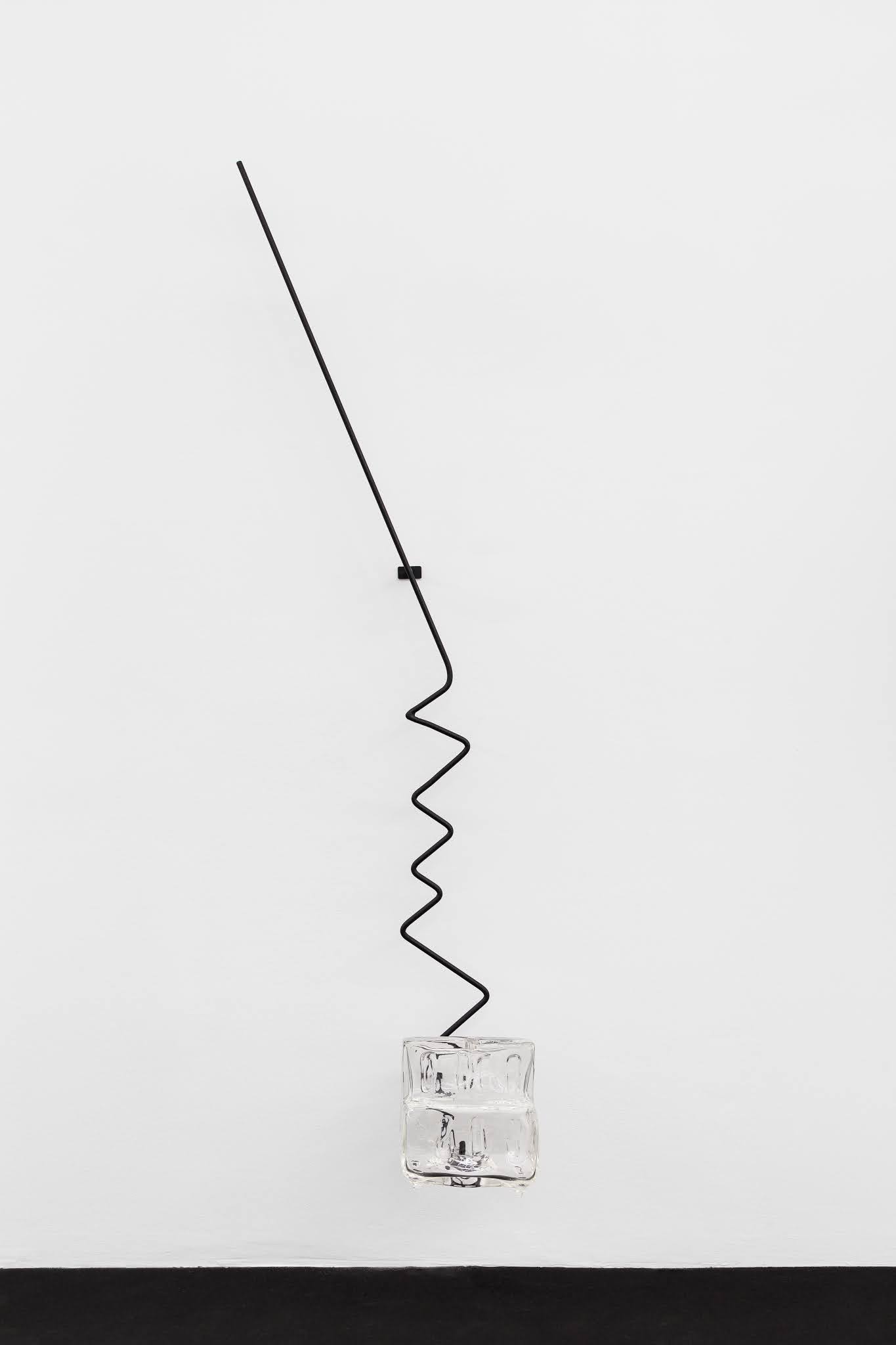 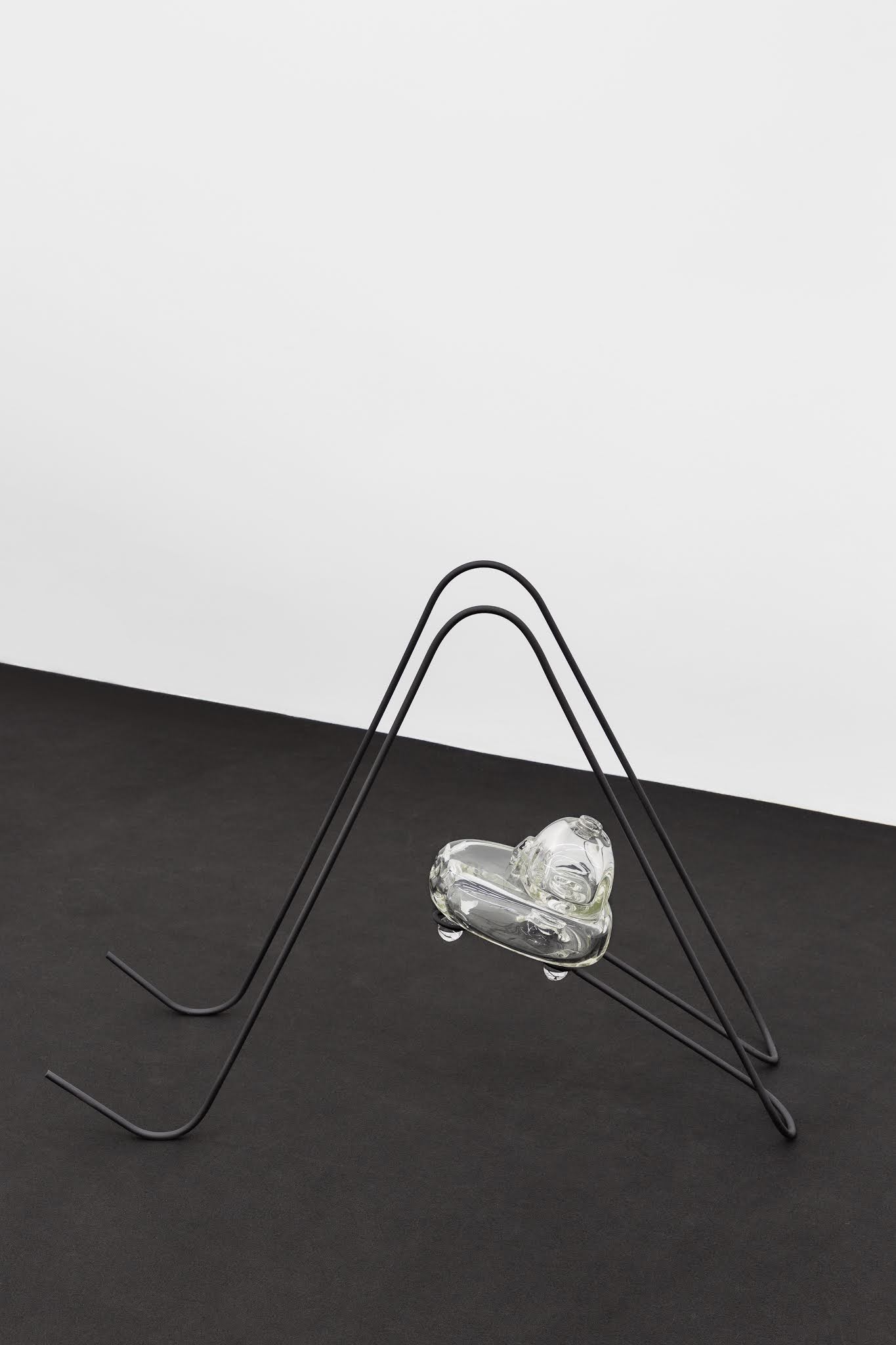 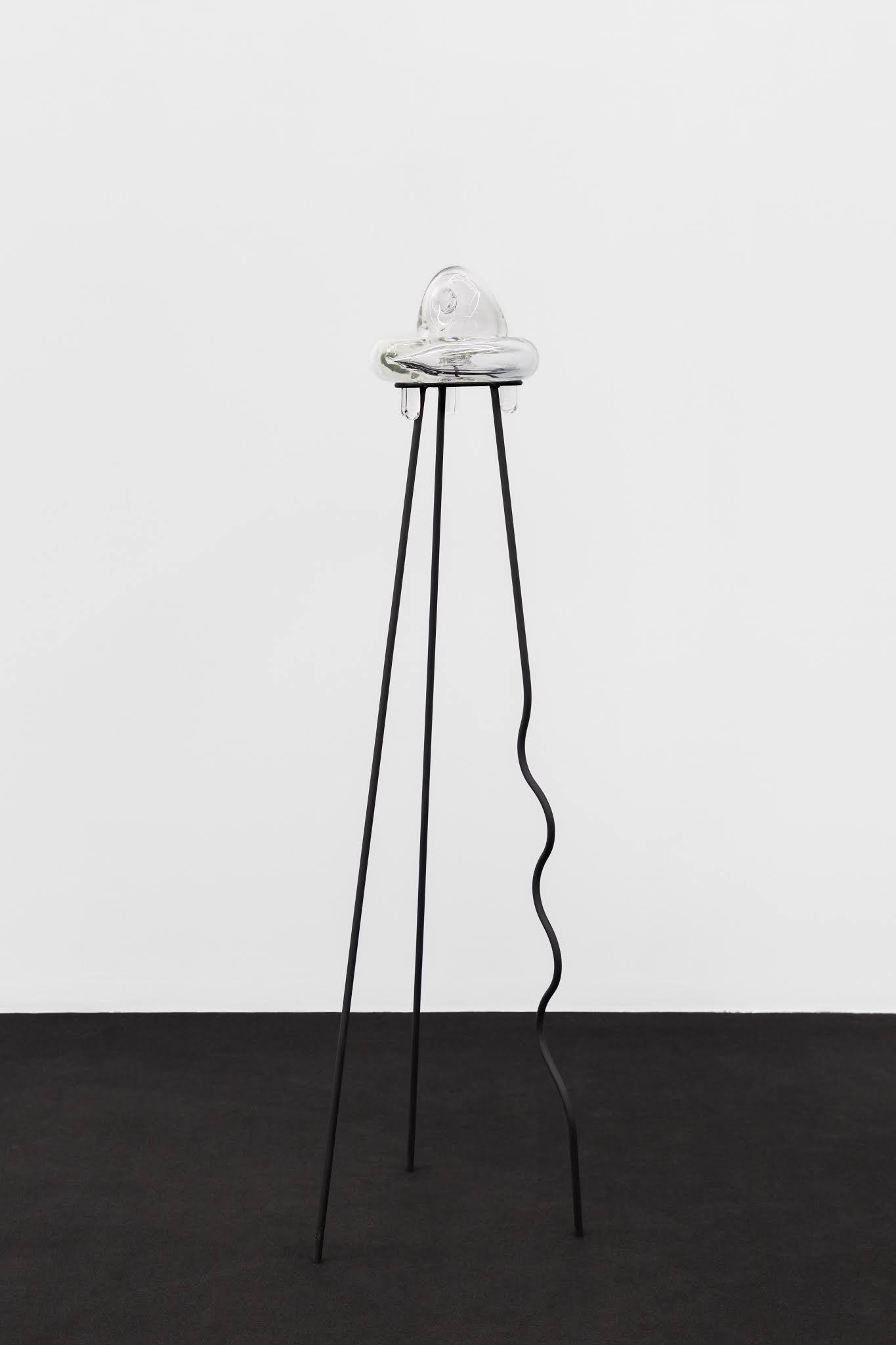 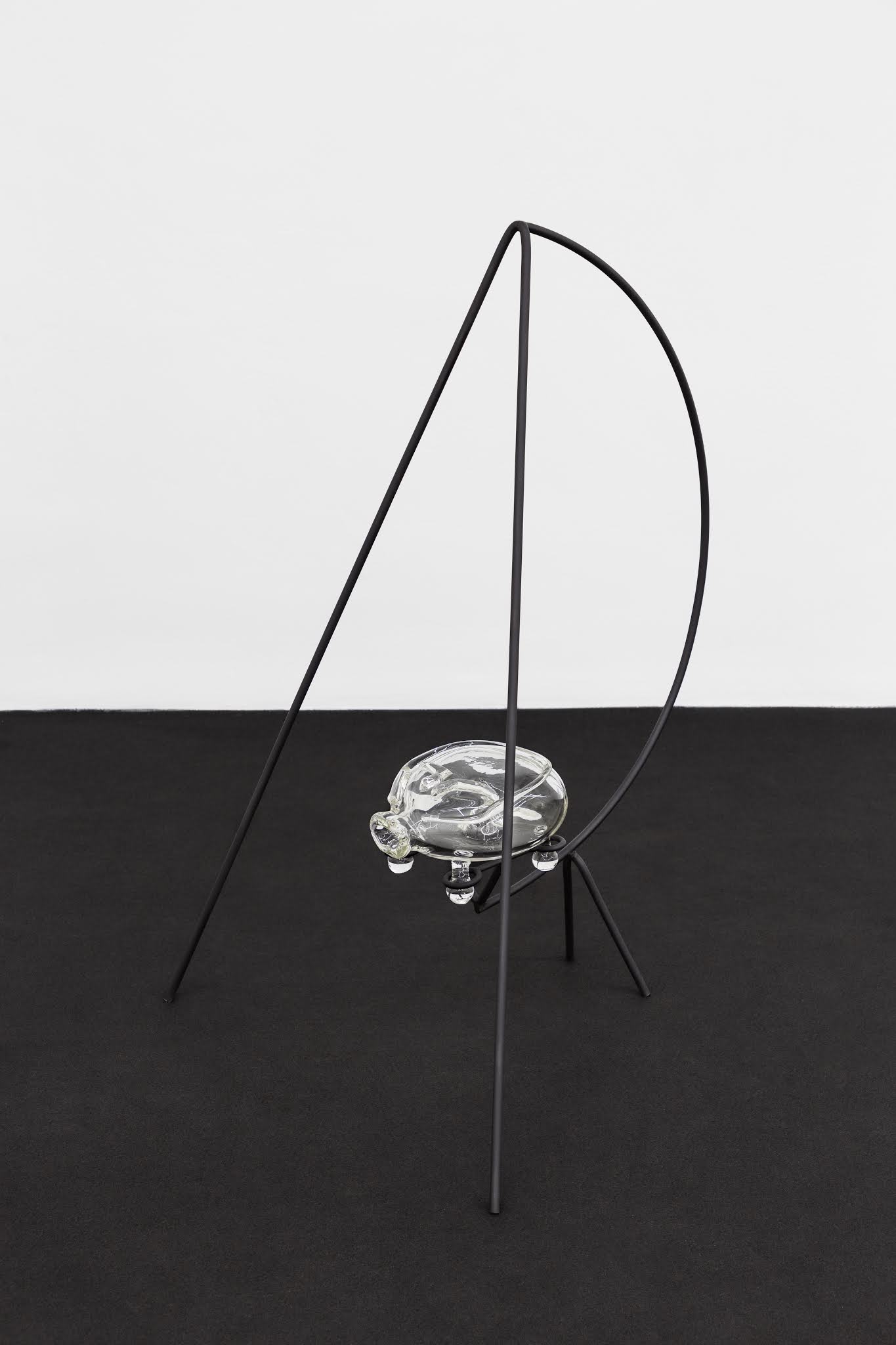 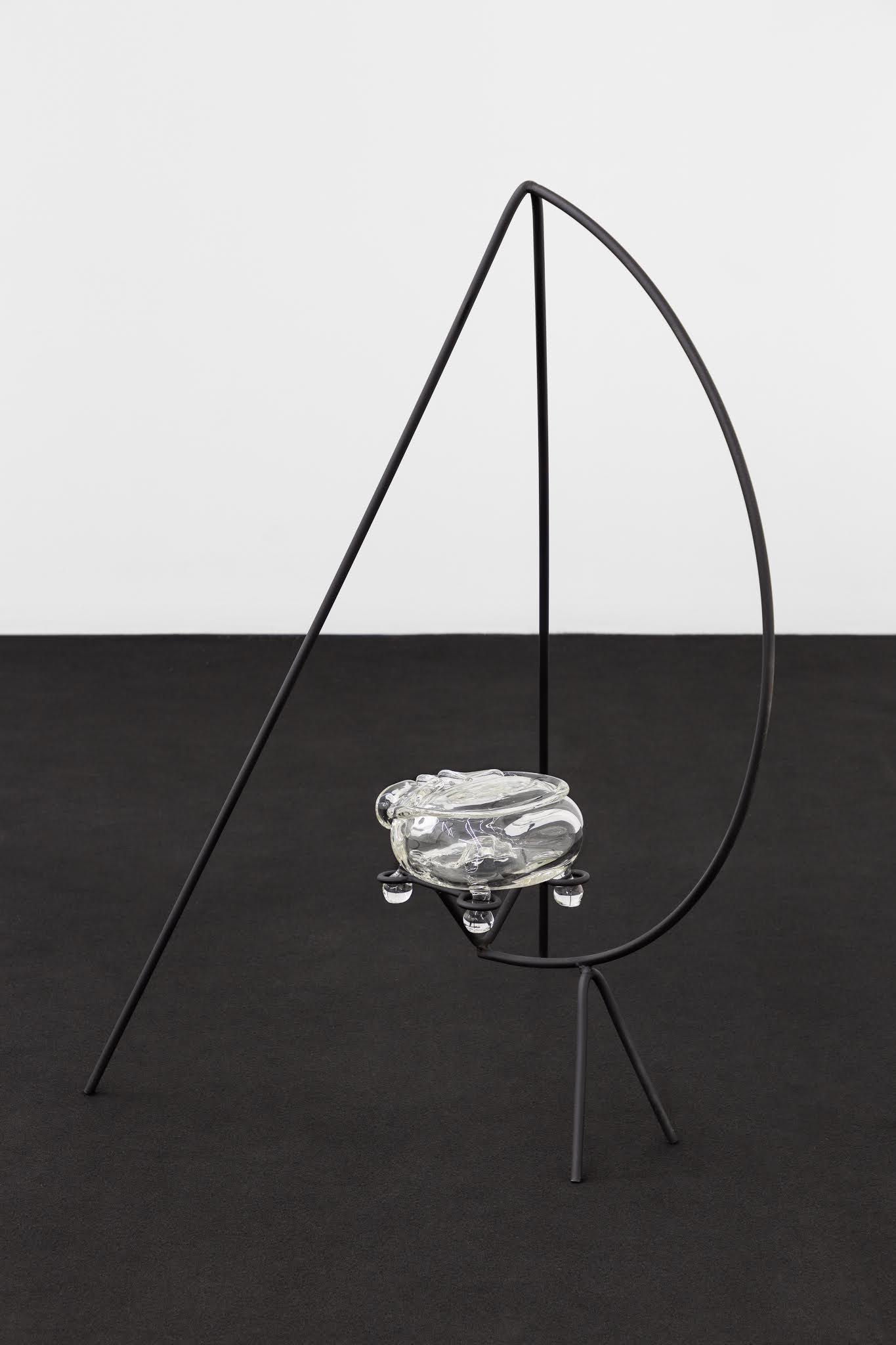 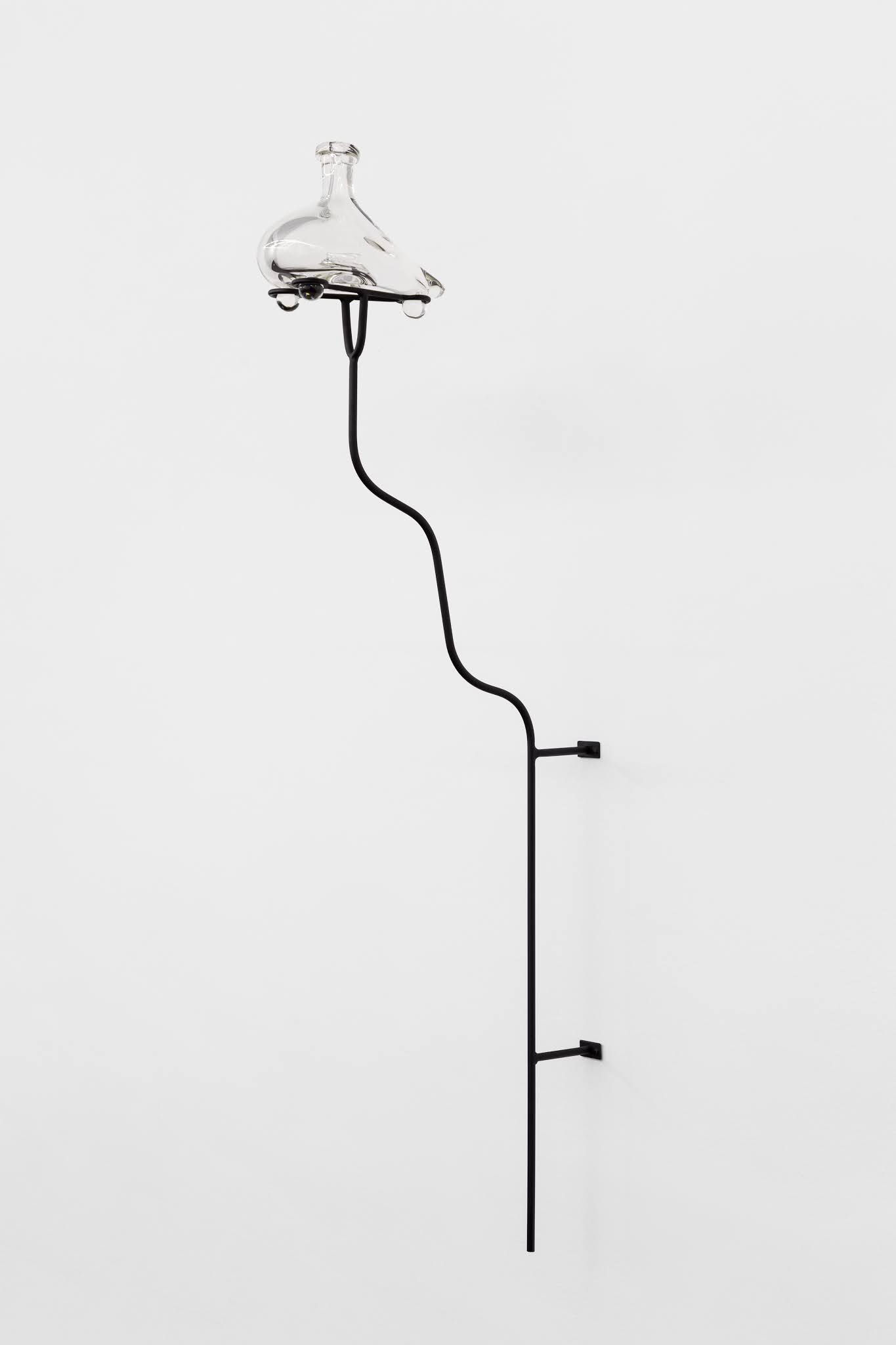 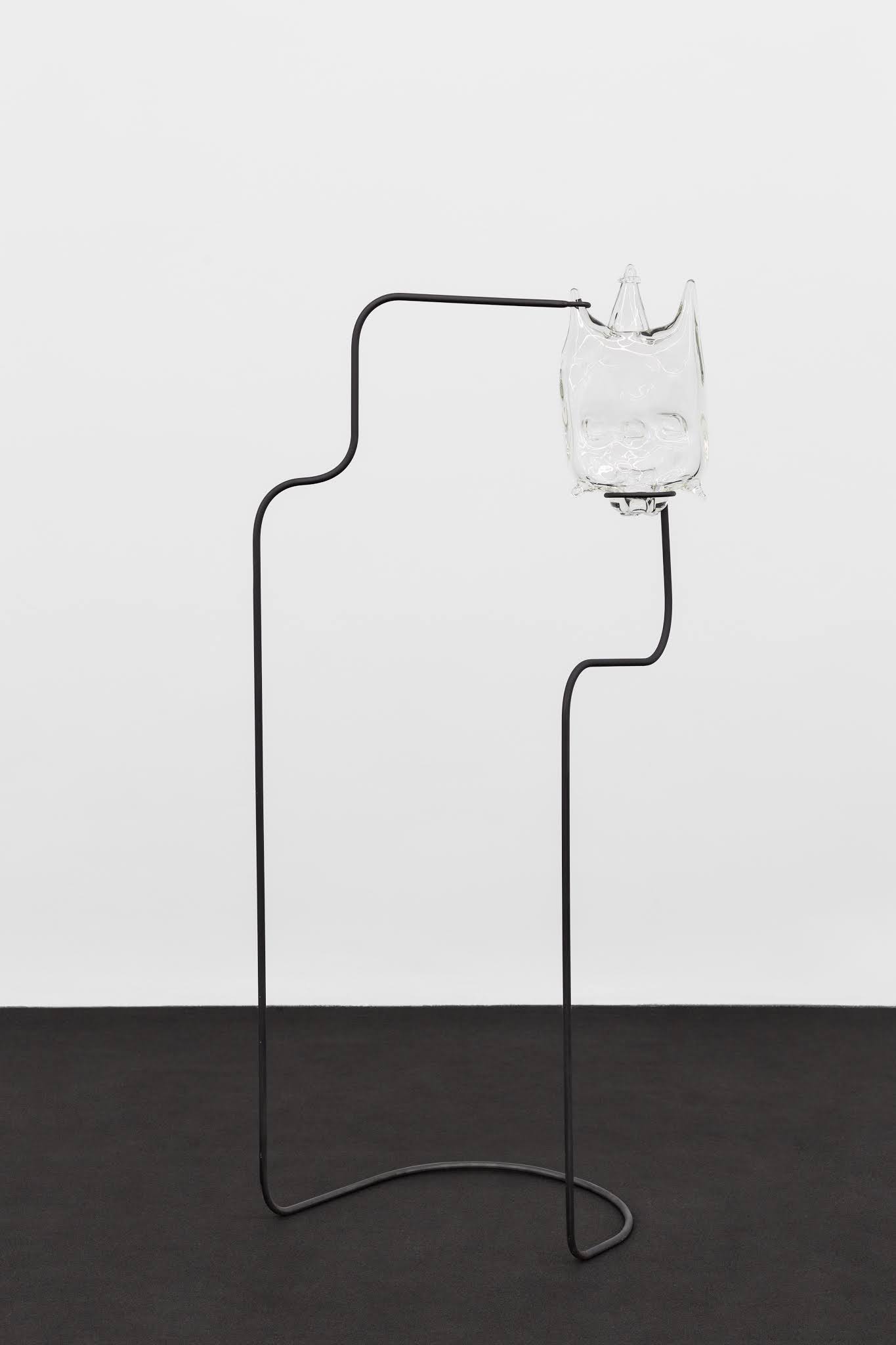 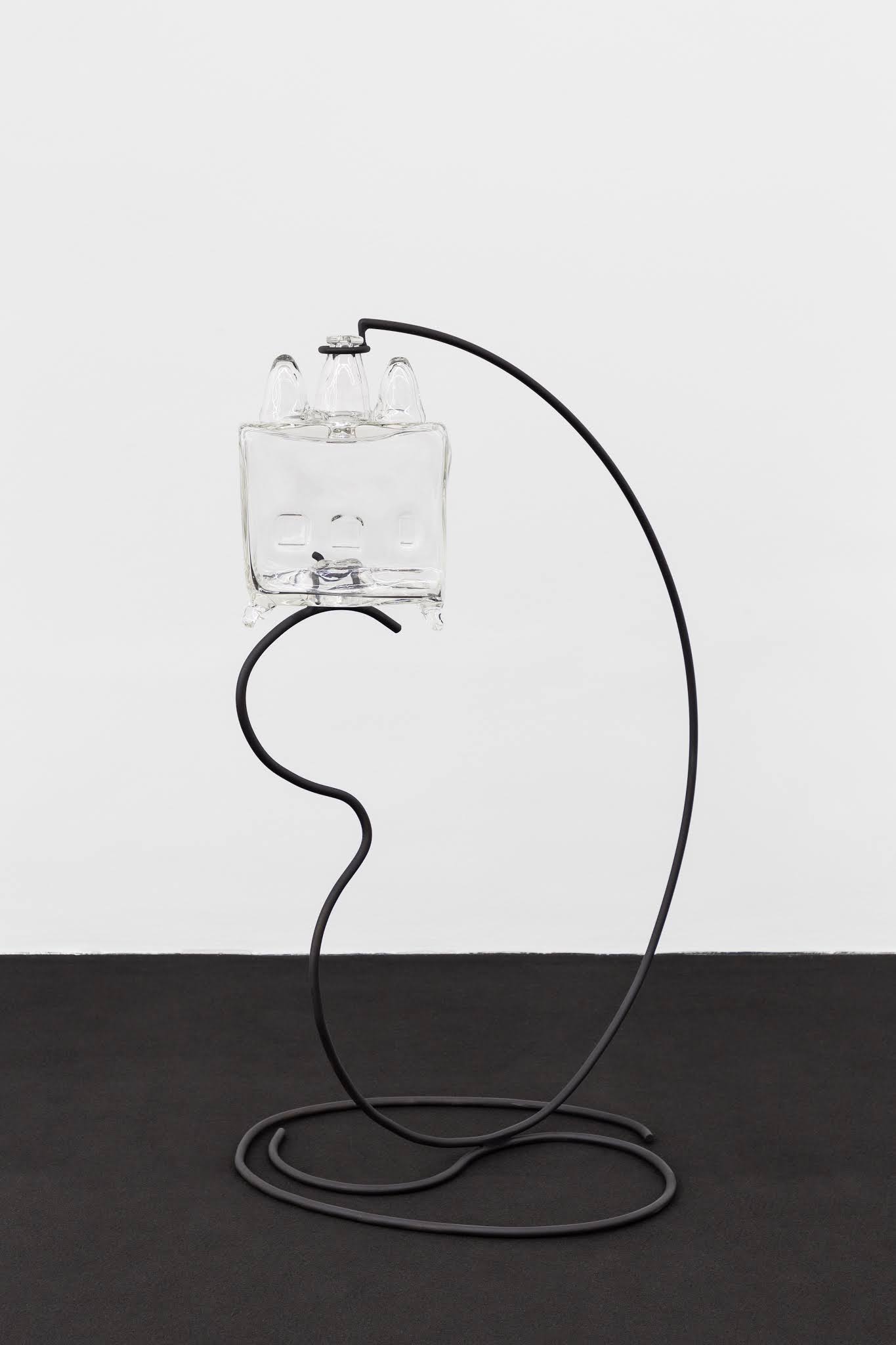 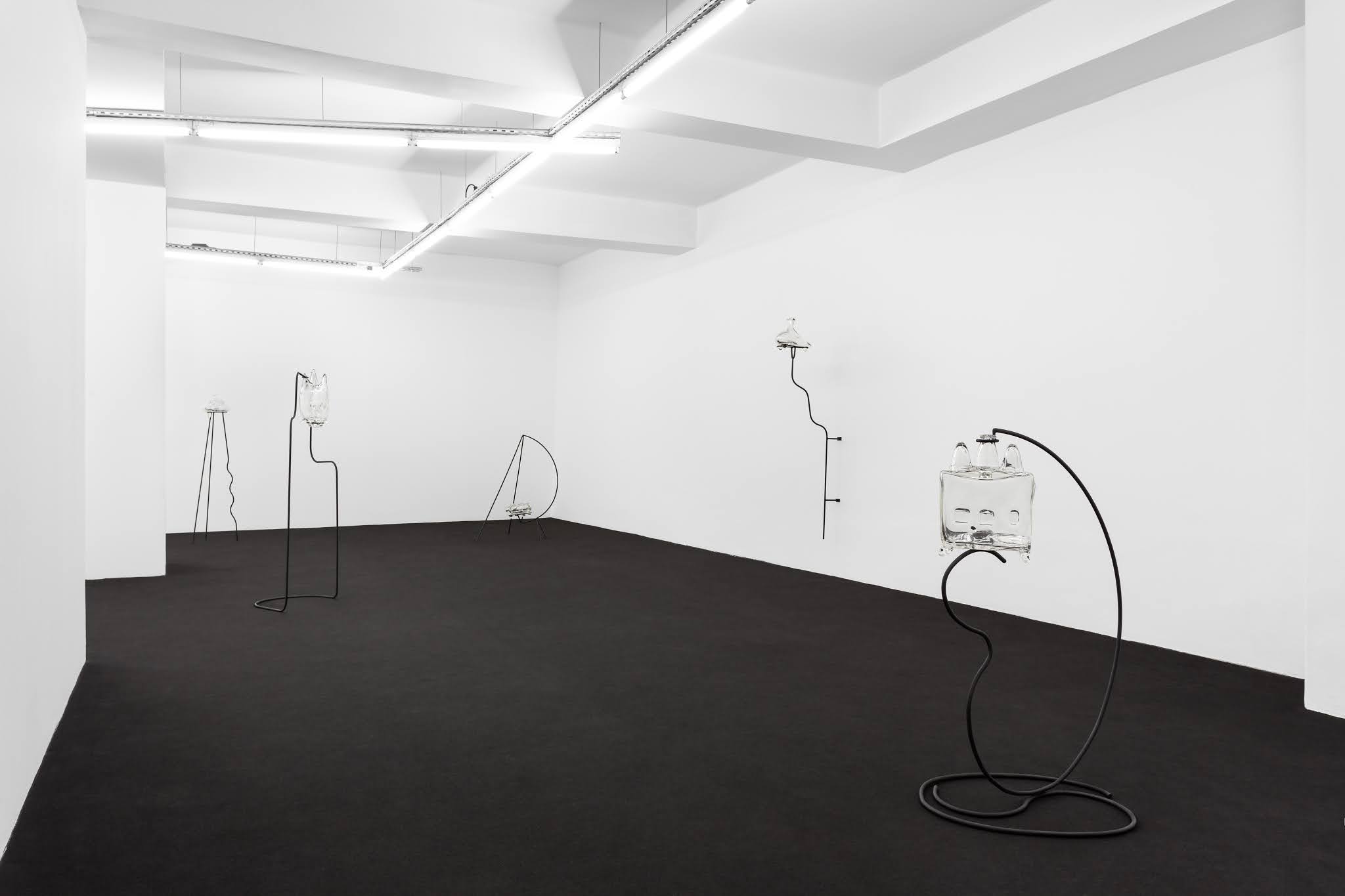 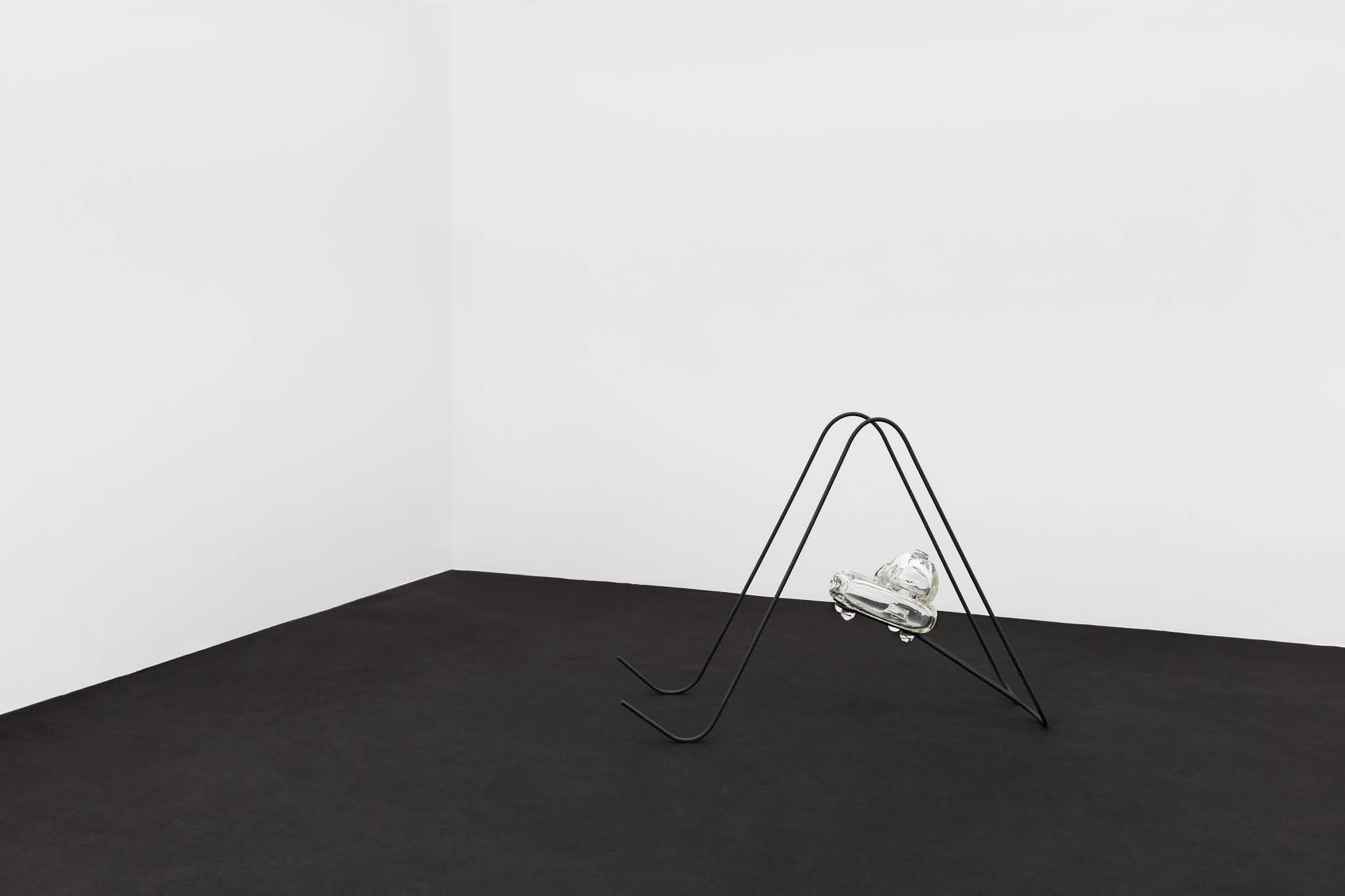 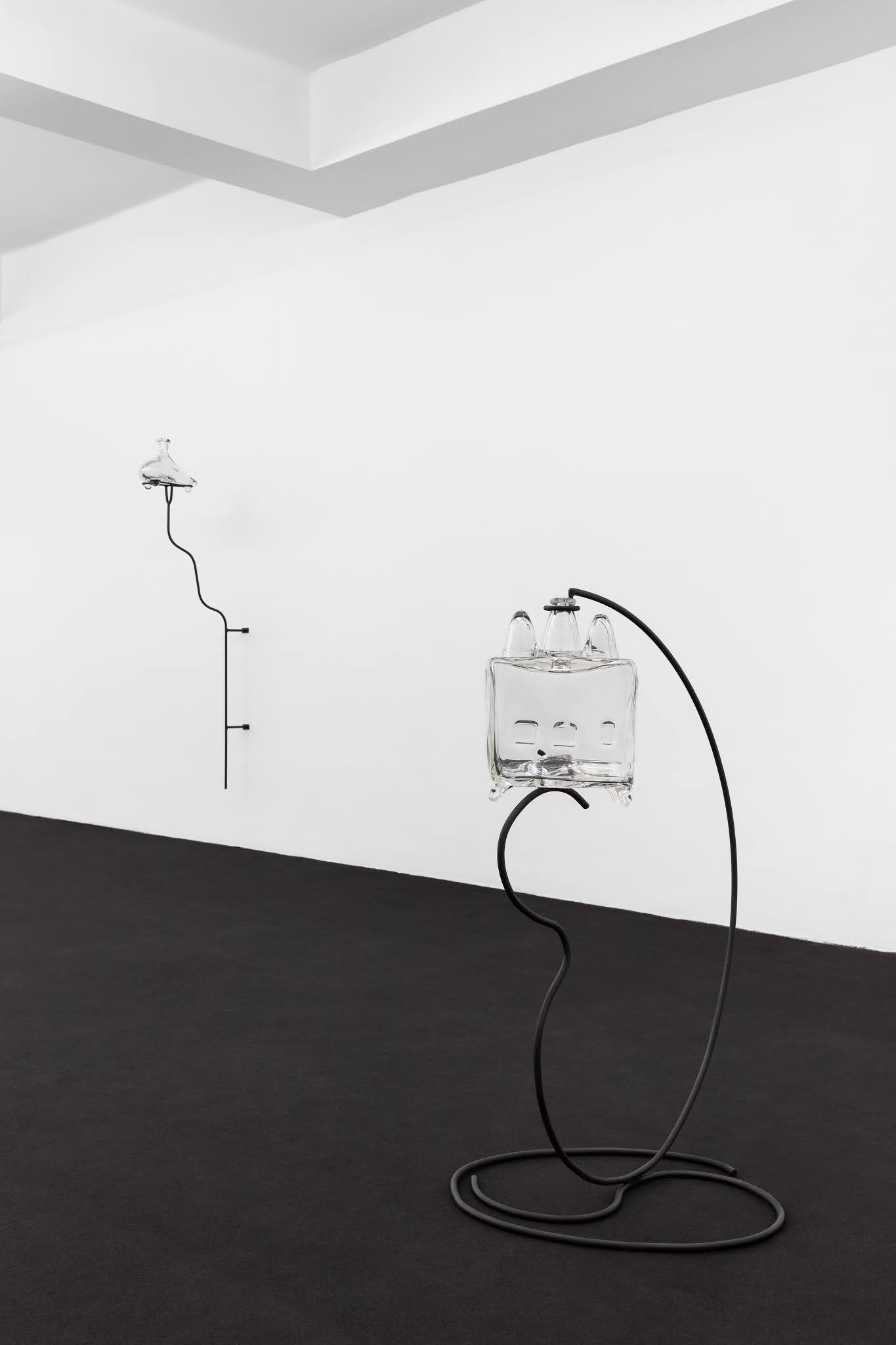 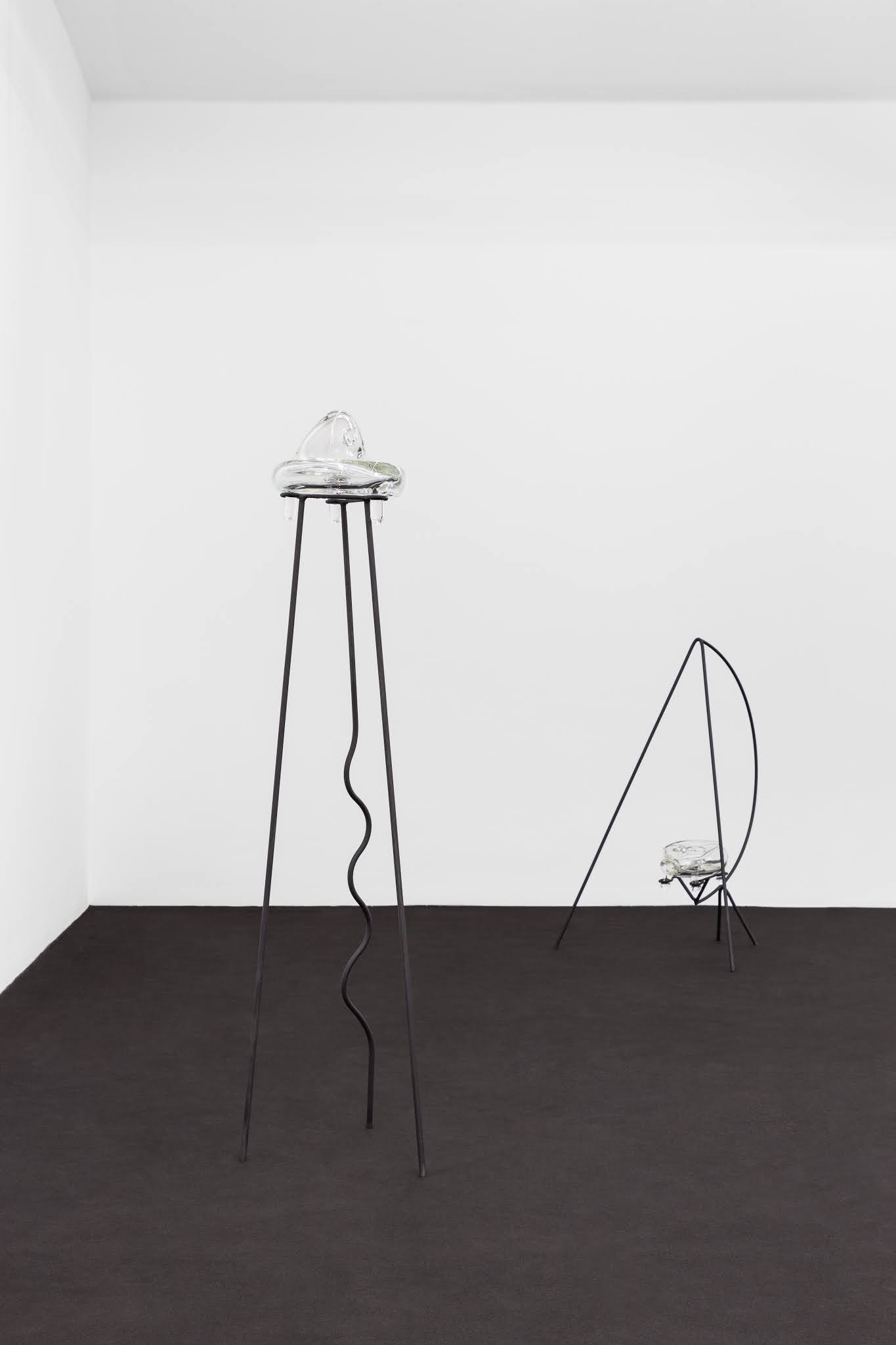 The Skull of the Haunted Snail is the result of Andreia Santana's artistic research on the "Soul Houses" of Ancient Egypt as a practice and materialization of an object that is simultaneously an ecosystem, and an interface.
Through an installation of glass sculptures conceived specifically for this exhibition, Santana intends to examine the condition of the artefact as a shelter, which enables the growth of other organisms (be they pests, bacteria or fungi), thereby modifying its museological status and
decontextualizing it from its function as a historical artefact to host and sustain other types of existence and species in the future.
Santana, by proposing a counterpoint with the concept of Wittgenstein's glass fly traps and Donna Harraway's sympoiesis suggests the belief that artifacts, objects, places, living beings and entities - and, consequently, history itself - must be perceived as a potentially animated and living material that possesses a distinct spiritual essence (exactly as the Egyptians saw it), to the detriment of a stagnated gaze on obsolete knowledge and objects preserved in an interpretative vacuum.
In The Skull of the Haunted Snail, the visitor is invited to reflect on the artifacts as persistently contemporary forces that allow other intersectional forms of solidarity and contamination of time and space to appear, revealing new substances, matter, objects and bacteria as new
possibilities of understanding history, culture and interspecies coexistence are spread.
In 2016, Andreia Santana was part of an artistic residency at Hangar, under Triangle Network program, a global network of artists and organizations that supports cultural exchange. The current project arises “from the stable and mutual knowledge relationship that the program of this Investigation Centre – which gathers artistic residencies, exhibitions, research and several public activities – has been encouraging”, underlines Hangar´s curator and co-founder Bruno
Leitão, together with the artist Mónica de Miranda.
The exhibition runs until November 21st, 2020, and can be visited at the Hangar exhibition space from Wednesday to Saturday, from 3 pm and 7 pm. Admission is free, but currently limited to five people and the use of a face mask is mandatory.
In March 2021, the exhibition will partake an itinerary program, developed in partnership with Leiria Polytechnic Institute, alongside public presentations in the city of Caldas da Rainha and Leiria.
Andreia Santana (1991, Lisbon) lives and works in Lisbon. Santana holds a BFA from ESAD – Caldas da Rainha and was a participant in the Independent Study Program of Maumaus School in Lisbon. Has participated in several residencies namely, Residency Unlimited in New
York, with a fellowship from Calouste Gulbenkian Foundation; Panal 360 in Buenos Aires, Mieszkanie Gepperta, Poland and Gasworks – Triangle Network at Hangar, Lisbon. Santana won the NOVO BANCO Prize, was shortlisted for Ducato Prize (Italy), and has been awarded
grants including Fulbright/Carmona e Costa Foundation, Criatório – CMP, Amadeo Souza Cardoso, and Calouste Gulbenkian Foundation.
Her work has been shown in Portugal and internationally, highlighting the exhibitions: ‘Hollow Hands’ at Generali Milano; ‘The Outcast Manufacturers’ at Filomena Soares Gallery; 10000 years between Venus and Mars, Oporto Municipal Gallery; ‘Cultivated Memory’ Peninsula Gallery. New York; ‘Leaves of Absence’ at Serralves Contemporary Art Museum; ‘Vanishing Point’ Cordoaria Nacional; ‘Ghost of Chance’ La Nave, Madrid; ’10 Years, 10 artists, 10
commissions’, Chiado 8, Lisbon; ‘Now It Is Light’ Boavista Gallery, Lisbon; ‘The Lobster Loop’, MONITOR Gallery, Lisbon.