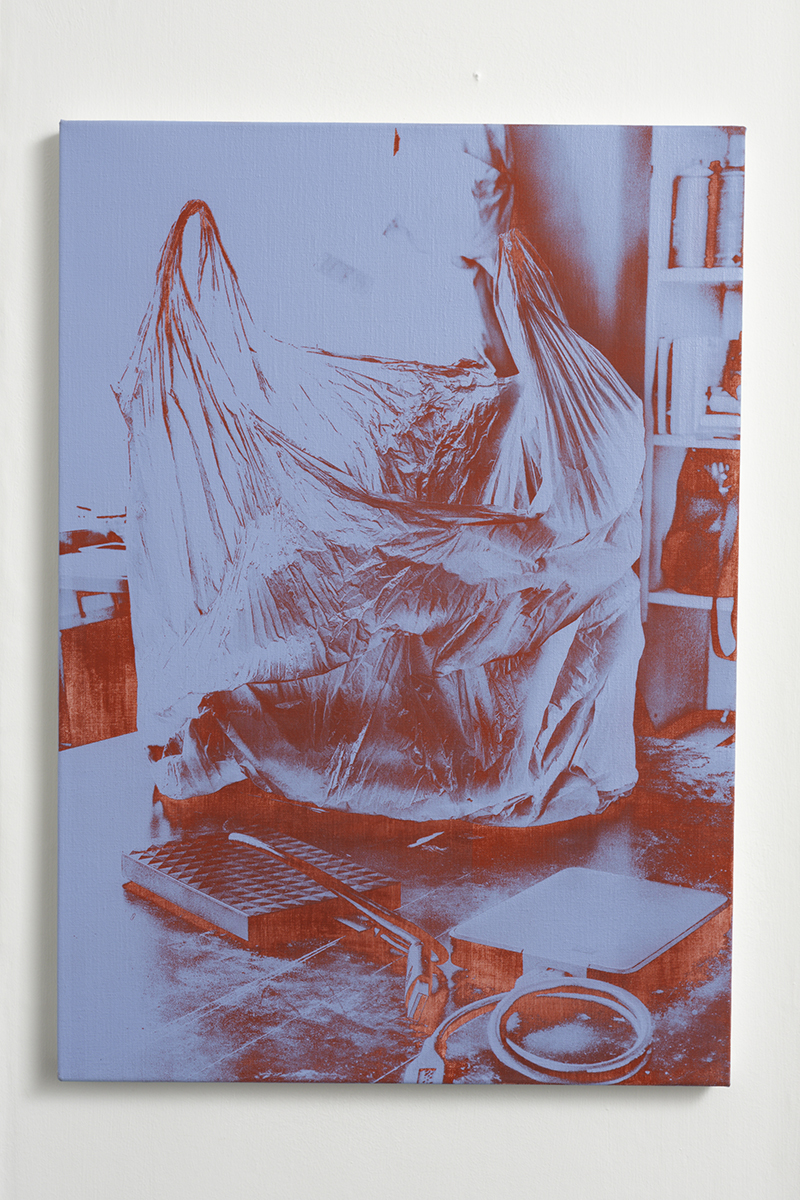 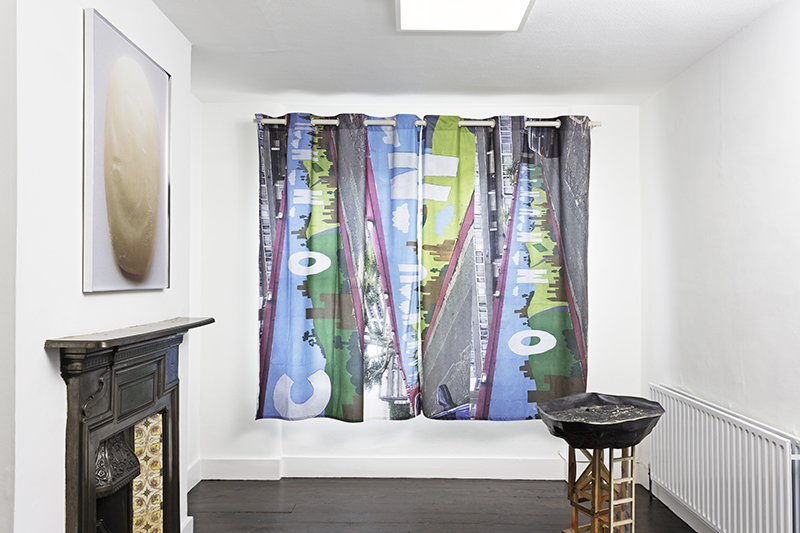 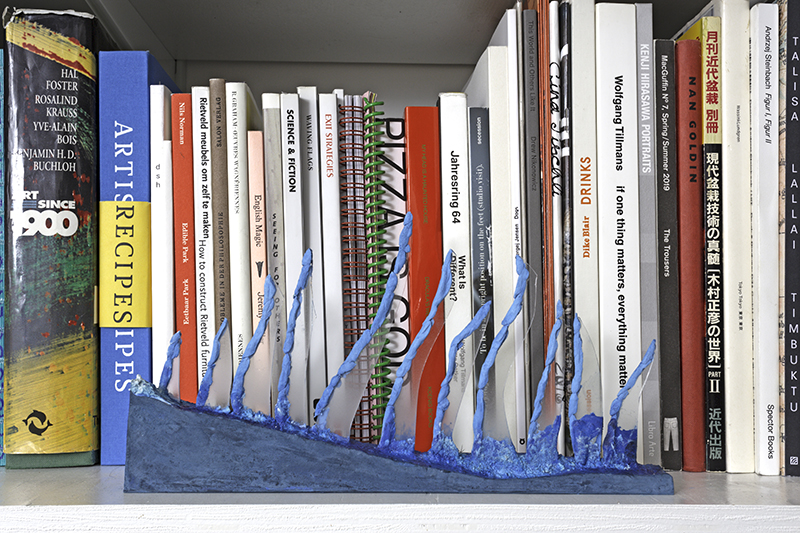 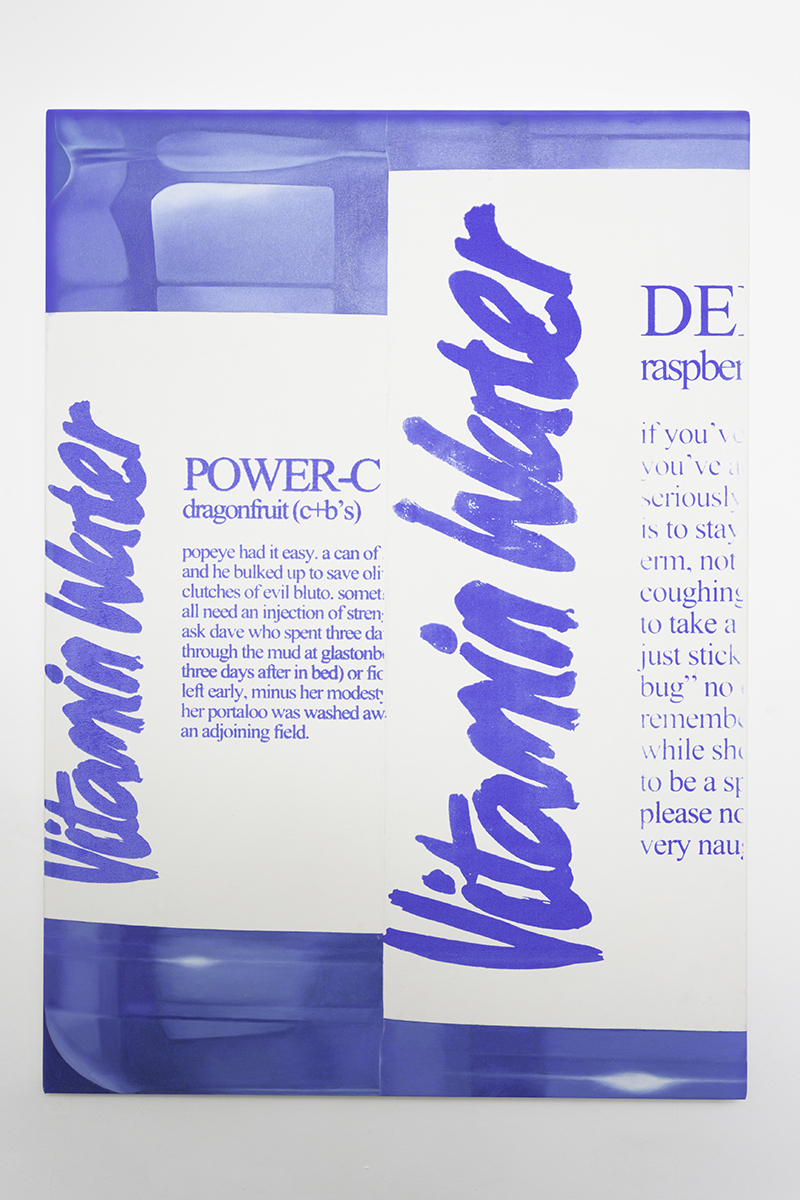 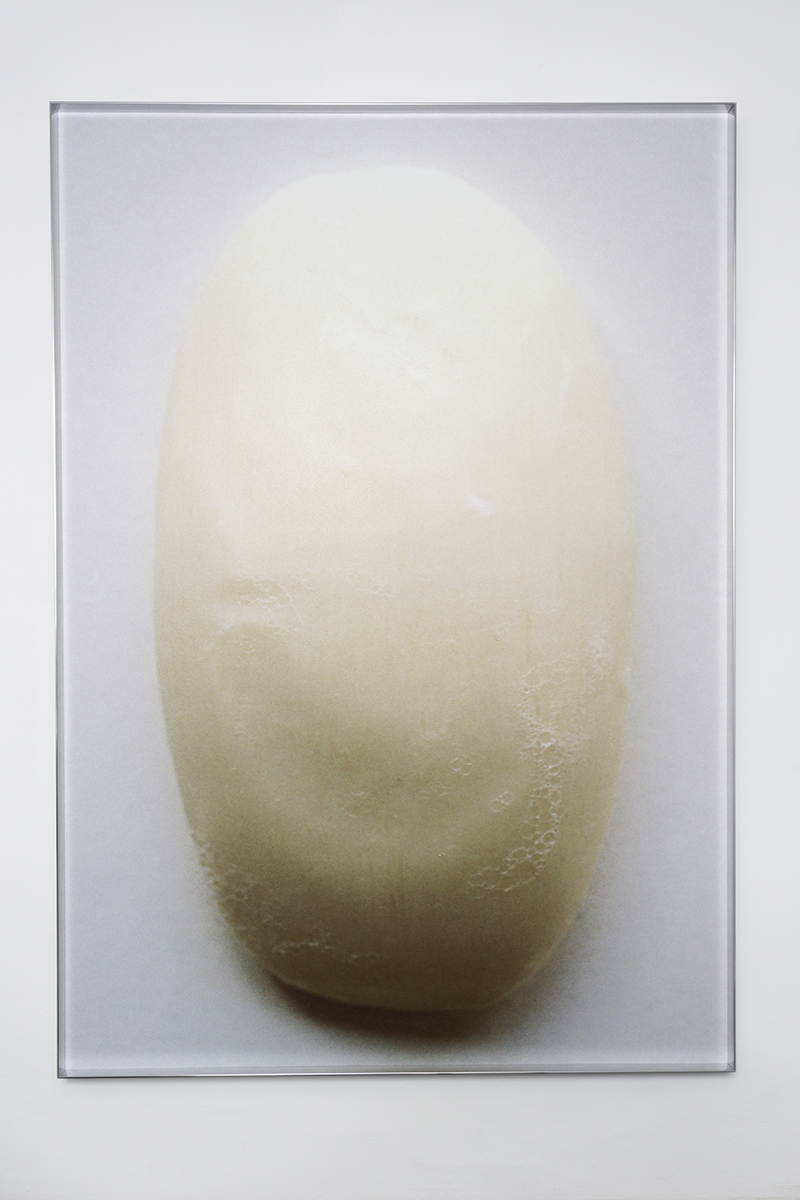 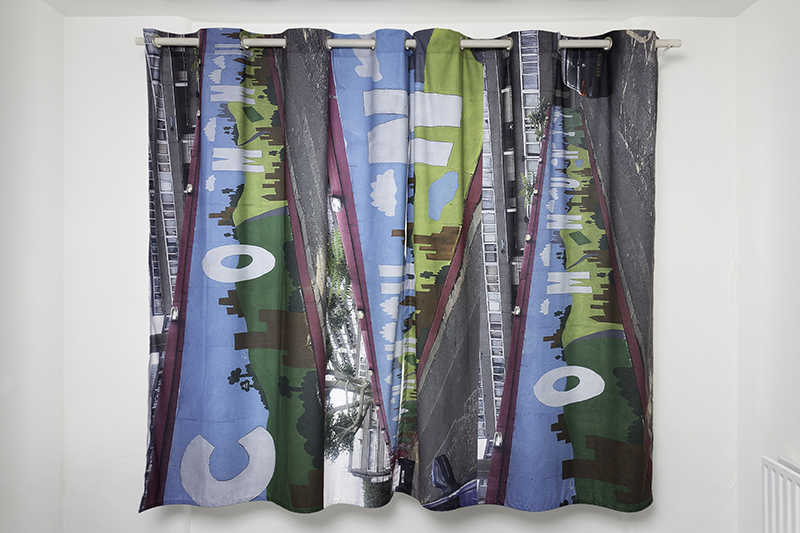 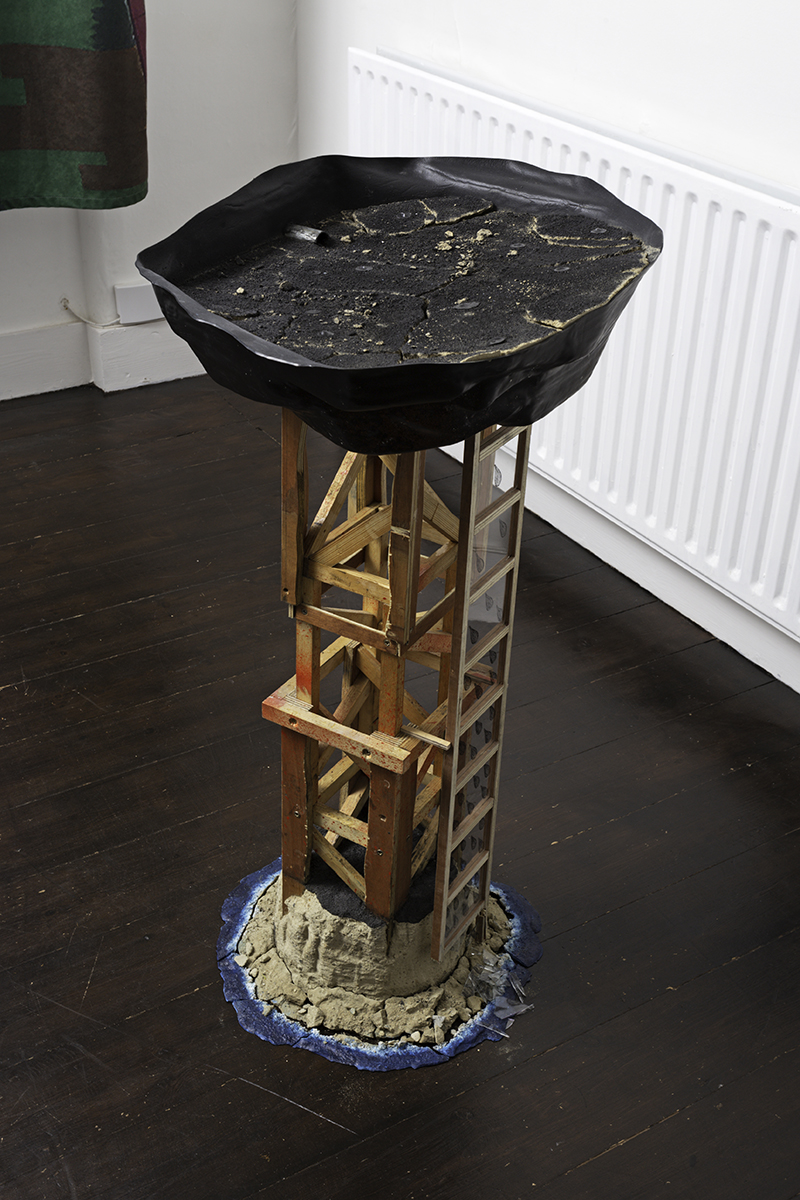 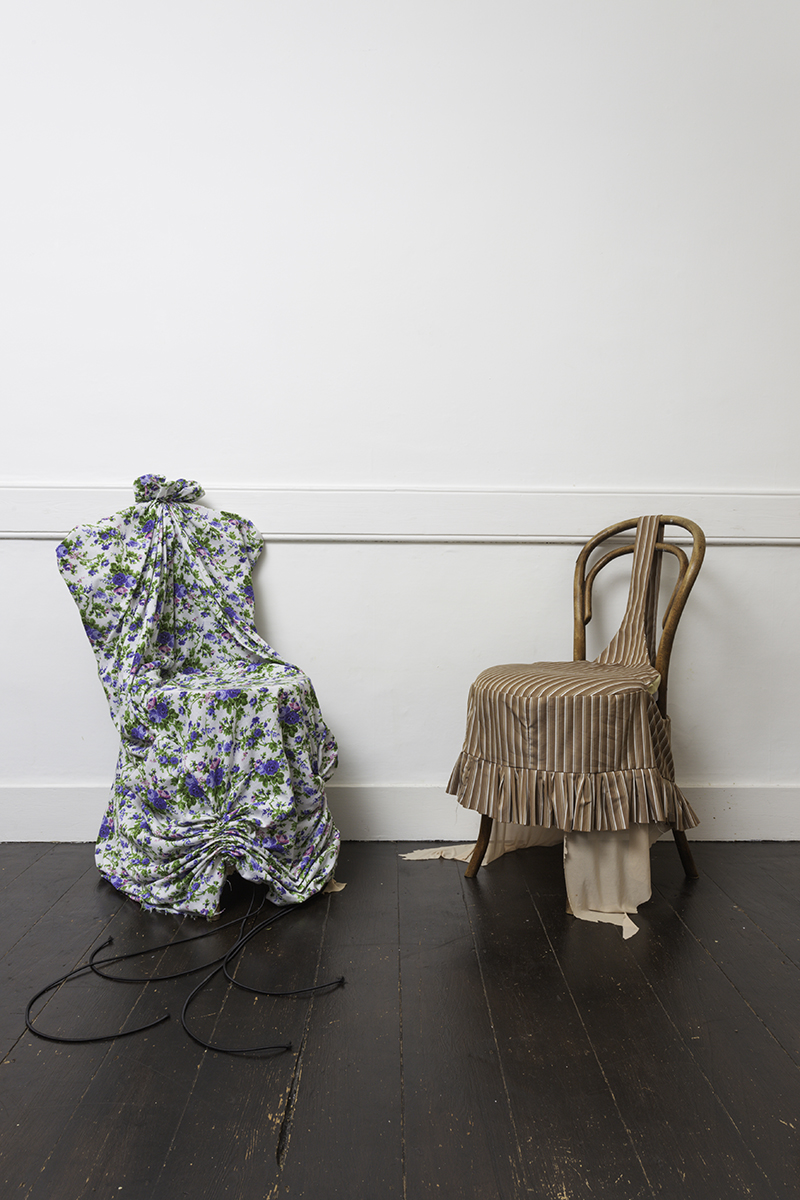 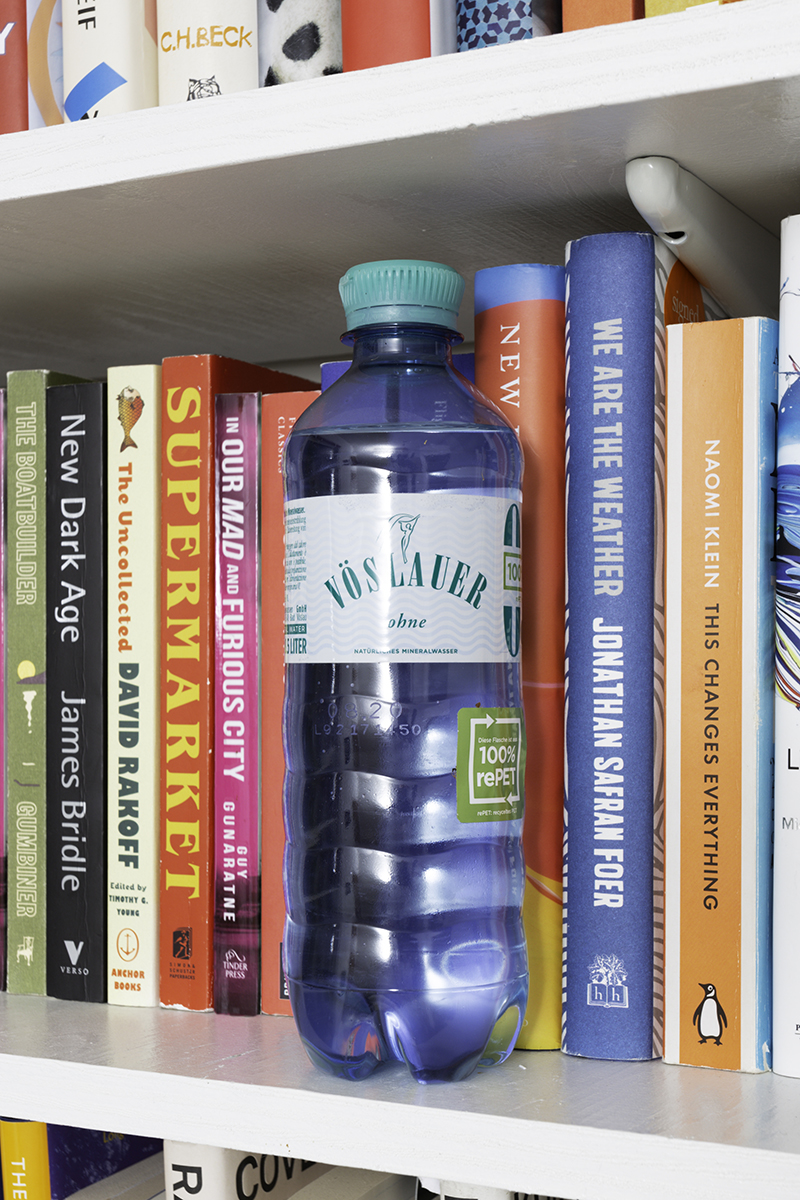 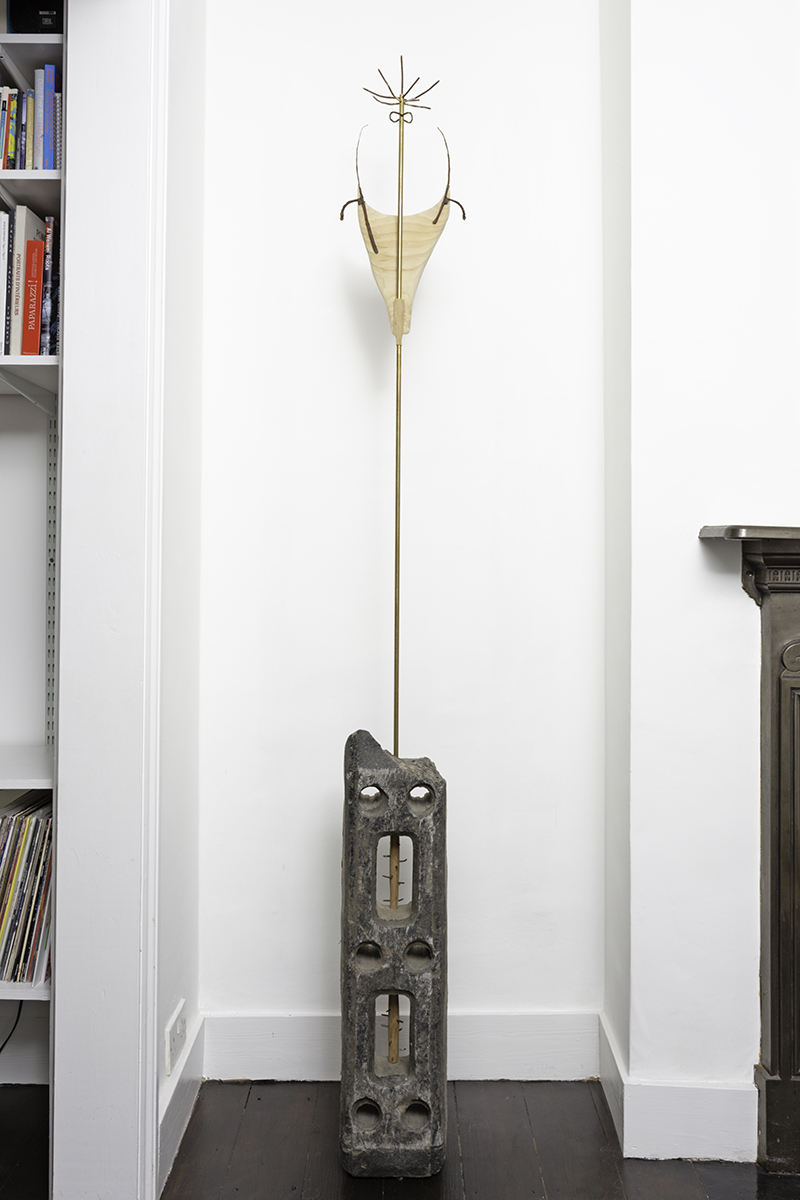 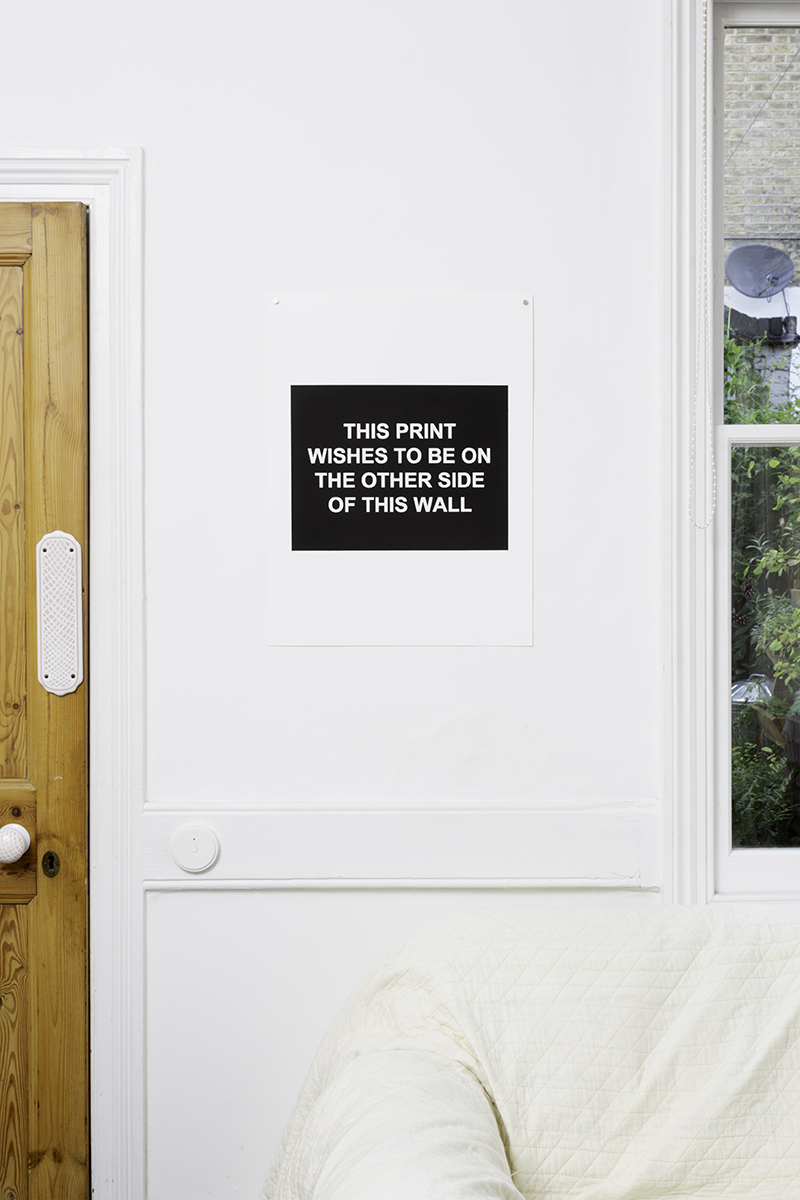 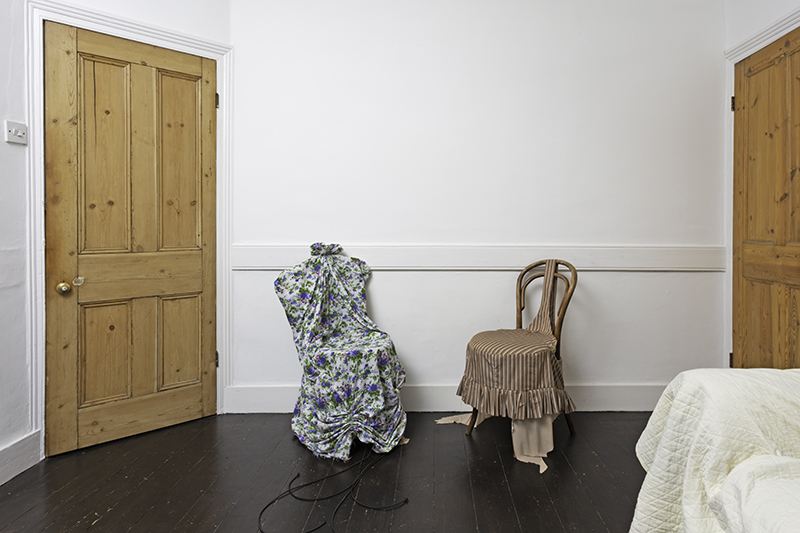 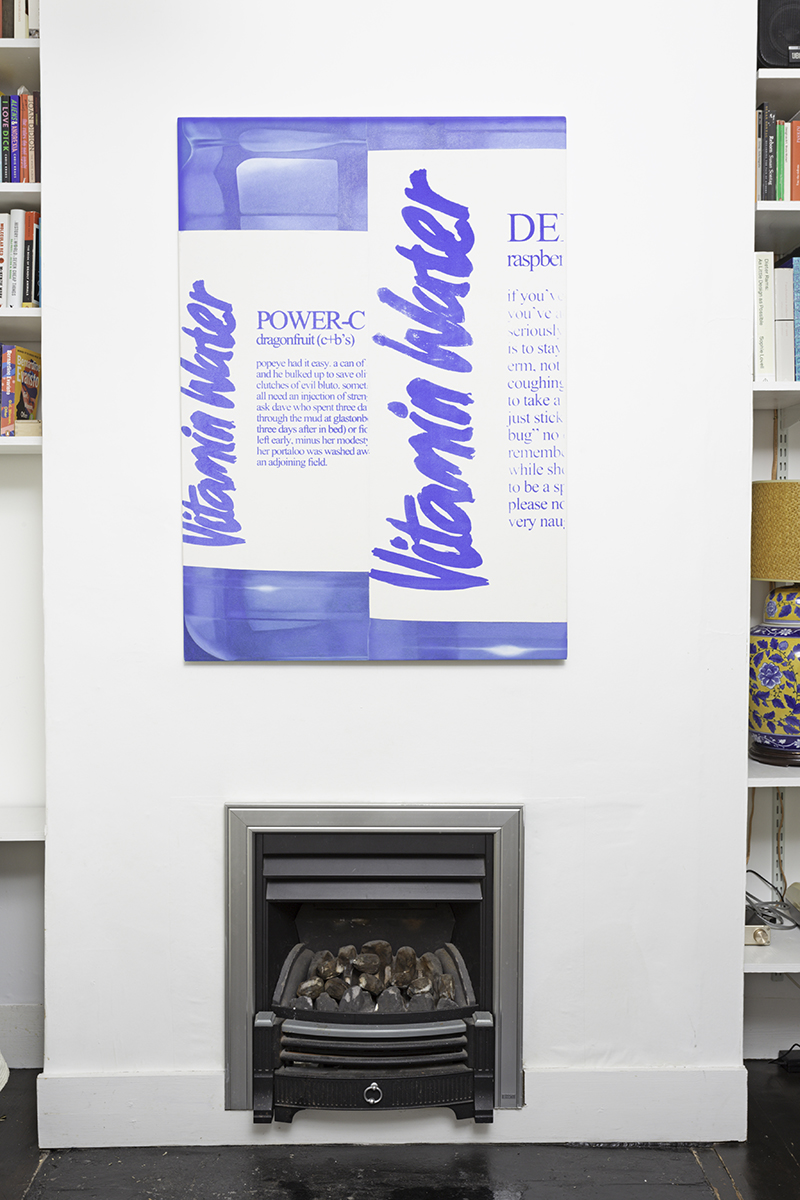 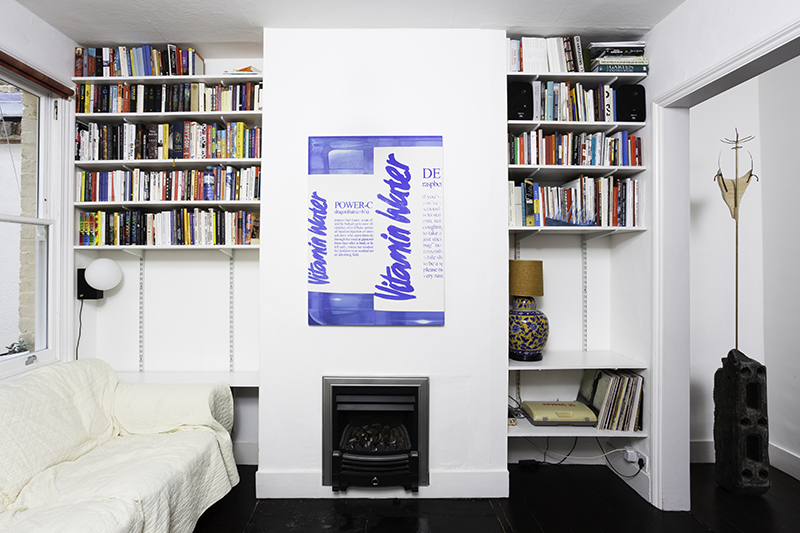 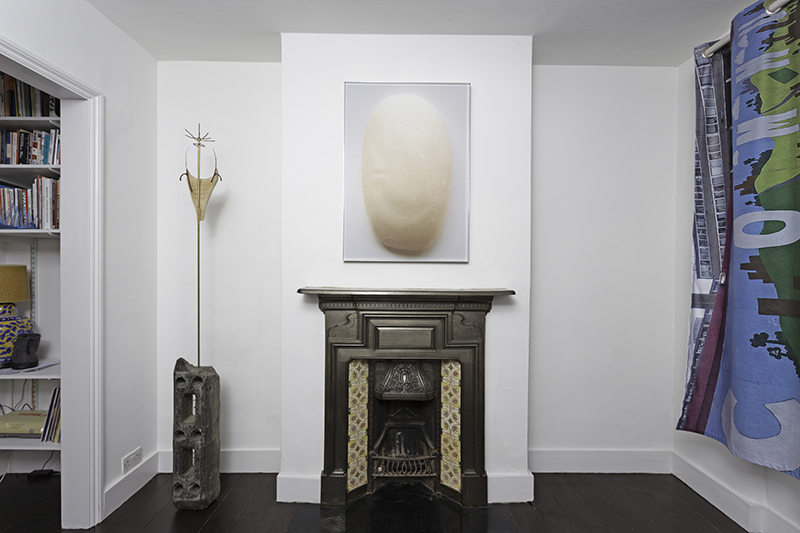 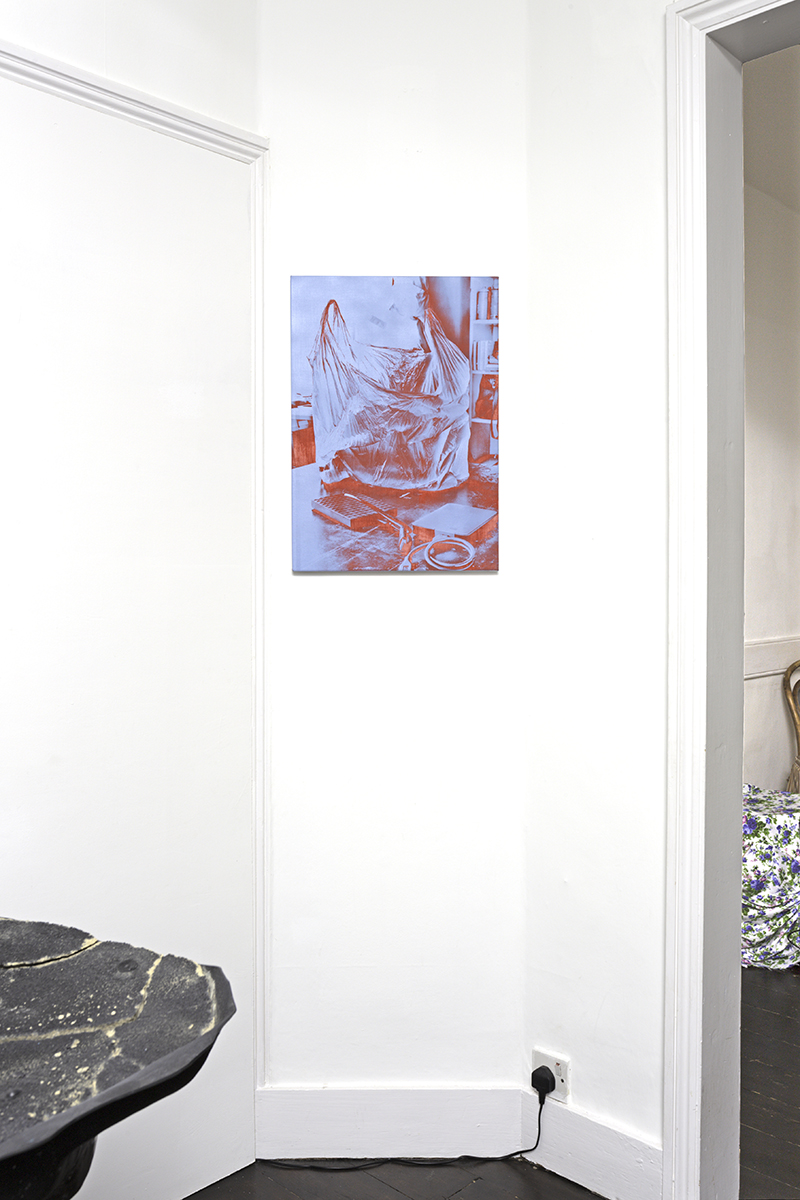 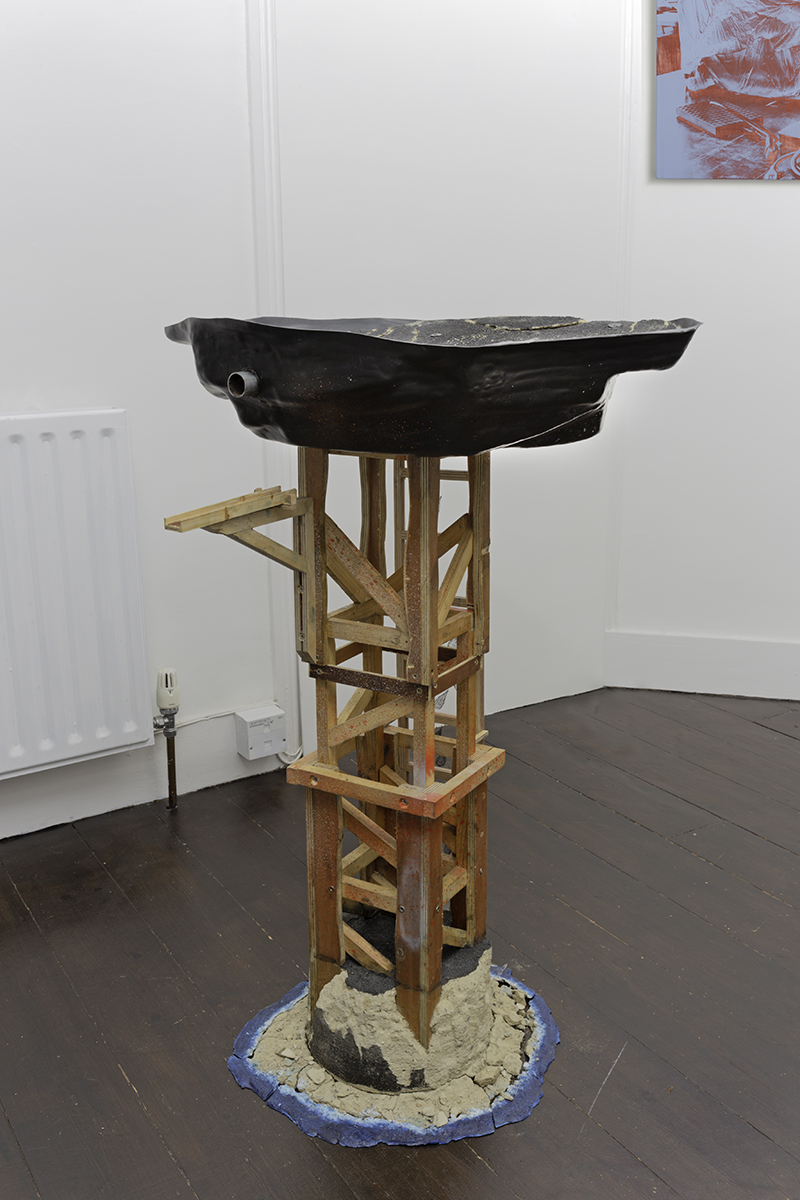 Using readily-available building and landscaping materials, Baker composes physical metaphors for how the natural earth is represented in a capitalocentric world. Factory standardised and processed almost beyond recognition, Baker forms these materials in turn into signifiers of the complex distancing of ‘nature’ from ‘culture’ in today’s markets and urban topographies. She relates this process directly to the anthropogenic conflation of natural and manmade catastrophe in its increasingly frequent manifestations across the globe. In invented languages of reconciliation, different materials and forms allegorise events to each other. They create microclimates of dependency and exchange, telling stories of labour and survival which unearth the histories of what (and where) their sources are, and the processes they have undergone.

She completed the Postgraduate Programme at the Royal Academy of Arts, London in 2019. Delmar’s work investigates the effects of globalisation on everyday life in relation to consumer culture and society, particularly focusing on issues of class, gender, cultural hegemony and gentrification. This is borne from the omnipresent influence of the United States in Mexico, and in the wider world. Within her practice she examines the contextual value of goods, analyzing their production, distribution, consumption and disposal. In her installations Delmar frequently references minimalist corporate architecture, non-places and multinational chain’s aesthetics. These are commonly composed of intervened mass produced objects, as well as outsourced locally crafted items. She often incorporates immaterial components within exhibitions such as sound, scent and situations.

Recent group exhibitions:  You me and eveUKrybody else, Oneroom Gallery, London, 2019;

HULFE was born on a rainy day shortly before the year 2020.

HULFE is a design-studio that focuses on accessories that deal with support as well as with the extension and multiplication of bodies. Founded by the artists Daphne Ahlers and Lilli Thiessen HULFE created its place somewhere between sculpture, fashion and design to help create a cuter and more livable future.

HULFE is a hybrid of the German word Hilfe (help/support) and the Dutch name Hulpe – the bearded female martyr also known as Vilgefortis, Uncumber or Kümmernis. This female martyr tried to protect herself from the ball and chain of unwanted marriage with the help of a beard that she grew the night before her wedding. Her plan worked out and the husband-to-be refused to marry her as a bearded lady. Even though the rejection was successful, it did not go unpunished as her father crucified her for the willful ugliness.

This martyr functions as an allegory for the designers to fight for independence and visual as well as bodily expressions that fulfill and create new needs.

Prouvost represented France at the 58th International Art Biennial Venice, May-November 2019 and is included in ‘NIRIN,’ the 22nd Biennale of Sydney (2020). June 2019 saw the artist's first public commission in the UK through Transport for London's Art on the Underground.

Deo Suveera (1991, Bangok, Thailand) recently graduated from MA Photography Royal College of Art 2019. His work was exhibited at Unseen, Amsterdam as part of European Photography Award in 2018, "With Monochrome Eyes" at Borough Road Gallery, London in 2019 and forthcoming solo show at The 5th Floor Gallery, Tokyo in 2021.

Sam Tierney (b. 1988, USA)  is an artist living in London. He has appeared in exhibitions at Pozi Driv Two, Almanac, Lima Zulu and 3236rls, London; Rumpelstiltskin, New York; l’Atelier-ksr, Berlin; Glassbox, Paris and Podium/Grünerløkka Kunsthall, Oslo. He received a BFA from New York University and an MA in Sculpture from the Royal College of Art and is pursuing an MA in Modern European Philosophy at the CRMEP, Kingston University.