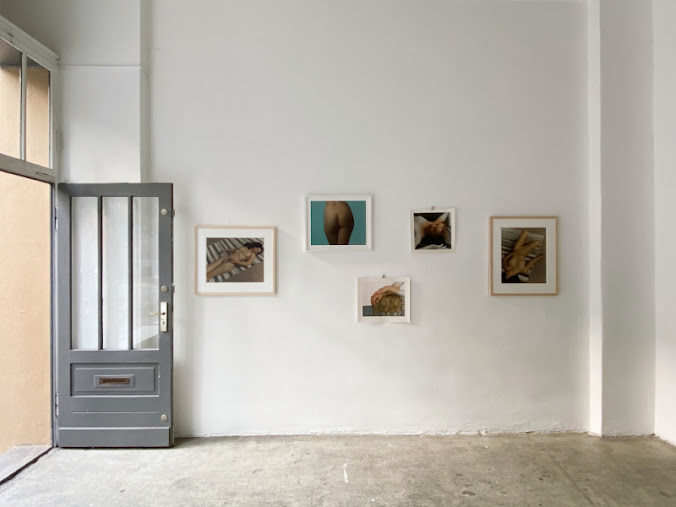 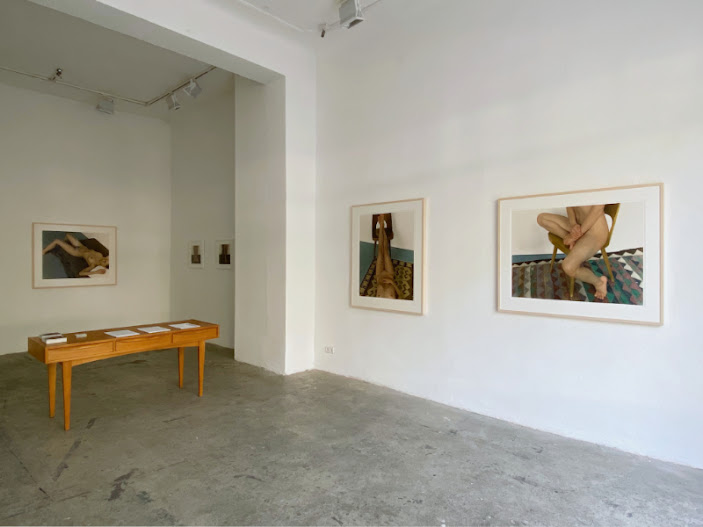 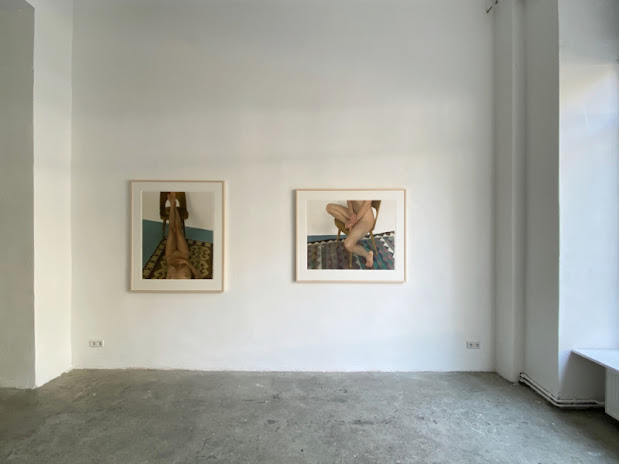 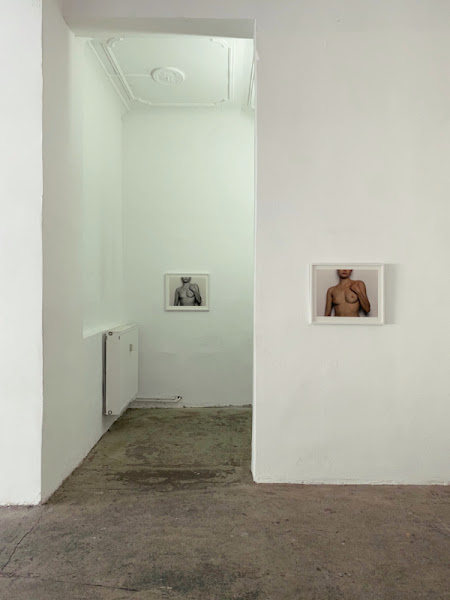 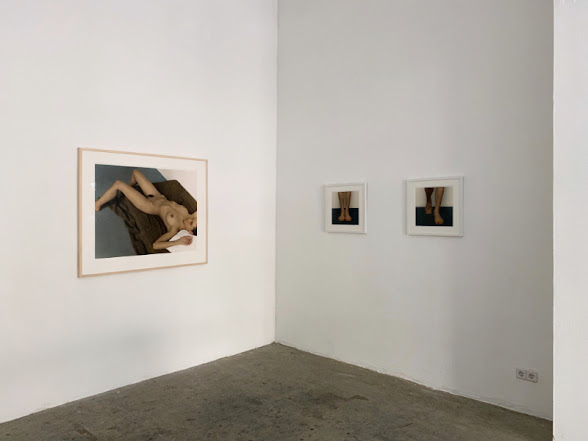 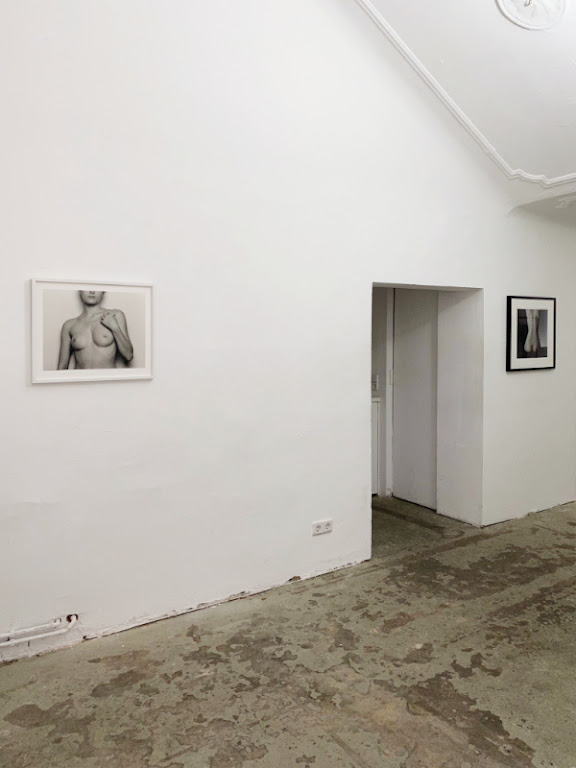 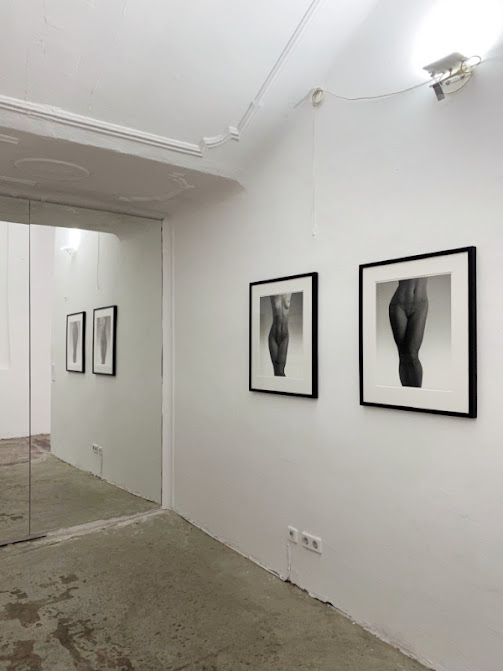 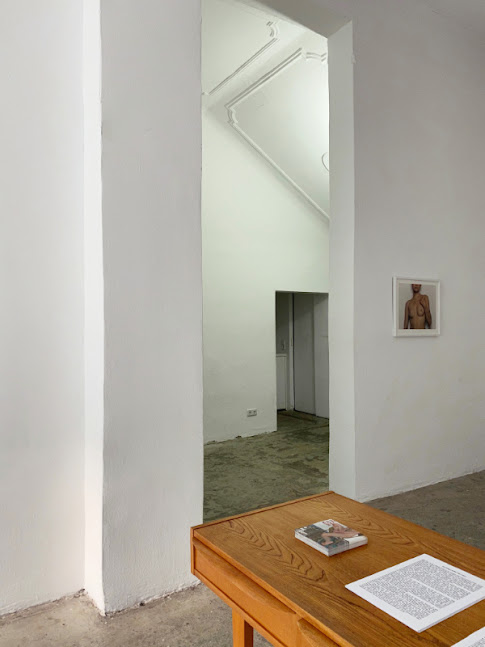 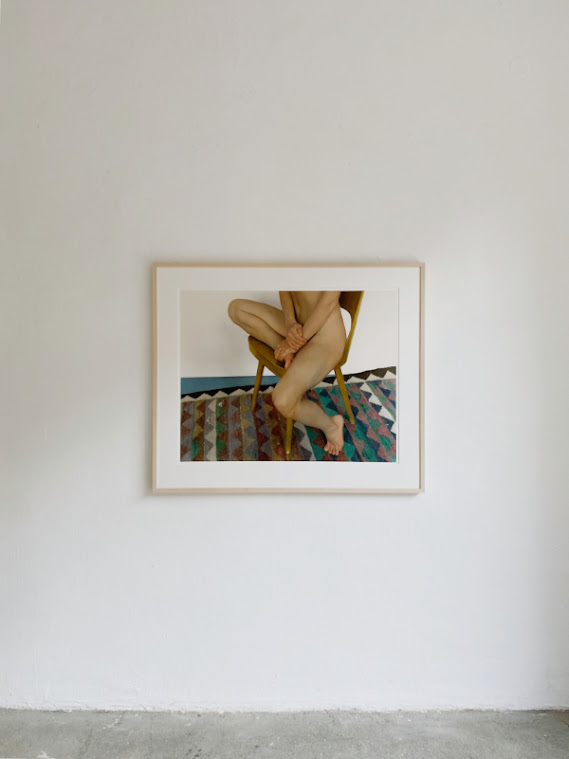 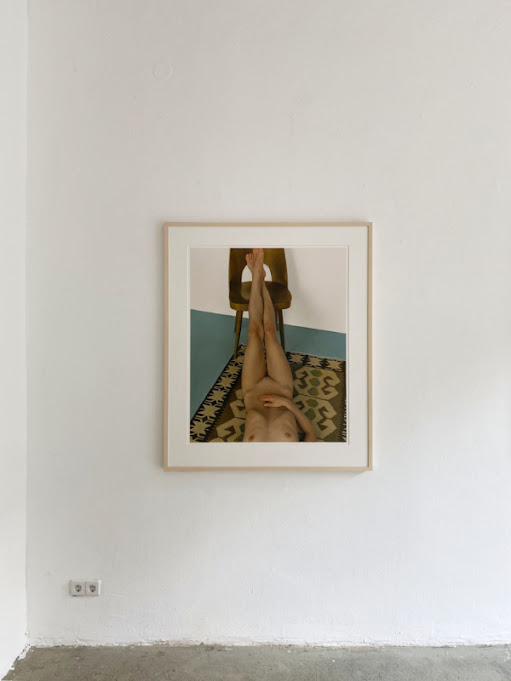 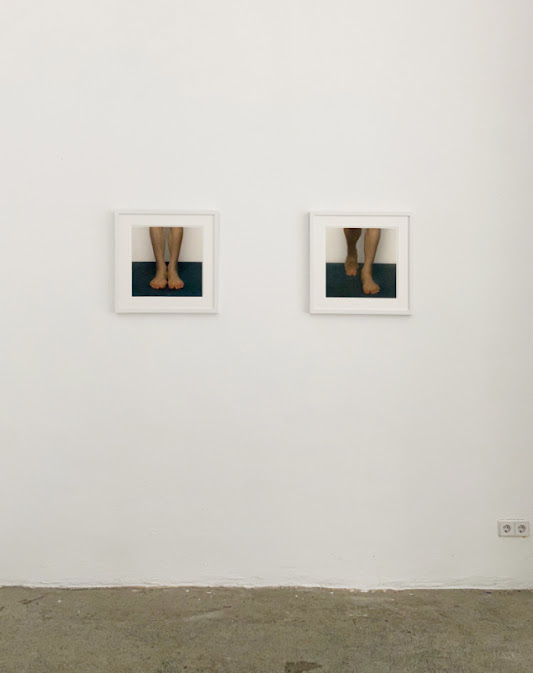 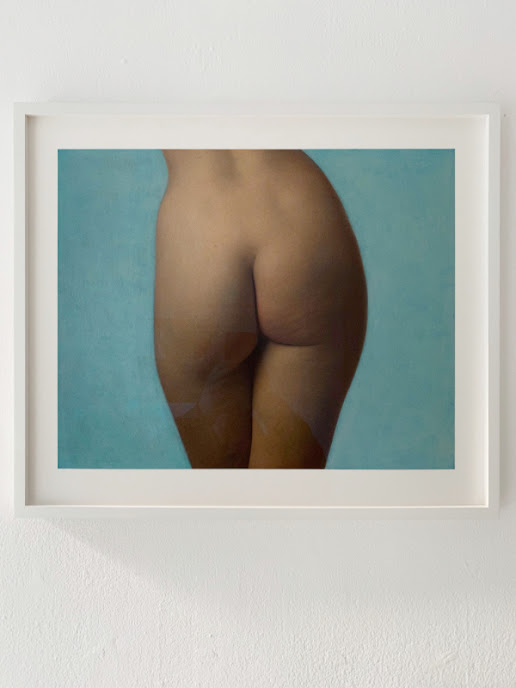 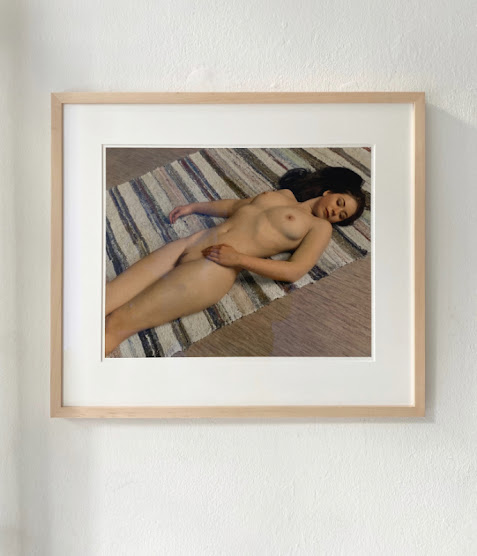 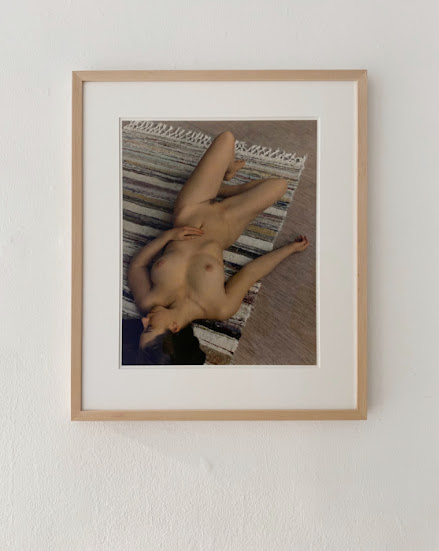 As a consequence of the #MeToo campaign, female nudity in art has become subject to increased problematization and even tabooization. That’s why in her exhibition „The Female Nude & Me (Too?)“, Katharina Renneisen presents works from her long photographic occupation with the female nude.

Staged in the studio with an analog large format camera, the exhibits show the development from the early silver gelatin prints of the female form to the later hand-coloured prints, which include the figure into more complex arrangements. With her aestheticist approach, Katharina Renneisen follows the tradition of the nude as an art form, which has been a synonym for purposeless beauty since ancient times. But over the last years, the #MeToo debate has raised questions about female nudity in art in general: Is there a difference between the male and the female view of the female nude in art? If a woman cannot distinguish whether a male or a female artist has produced a female nude, does it mean that she is biased? Is the nude thus ultimately nothing more than a voyeuristic art form?

The female studio nude has been an important focus of my work for years. With the means of analogue large format photography, I search for the ultimate form, the perfect lighting, the absolute composition. Since I discovered the possibilities of hand colouring with oil paints for myself, this pursuit has been extended by the ideal depiction of flesh tones. The most important sources of my inspiration (and frustration) have always been the outstanding female nudes in the history of art, whereby the Esquiline Venus fascinates me as much as the early paintings by Philip Pearlstein. Social, political or feminist considerations, however, have never played a major role in my practice.

Yet the #MeToo movement has also intensified the perception of female nudity in art. In 2017, for example, an online petition called for the New York Metropolitan Museum to take down Balthus’ “Thérèse Dreaming” (1938), and in 2018 the Manchester Art Gallery temporarily removed the Waterhouse painting “Hylas and the Nymphs“ (1896) from its exhibition rooms. Suddenly, the desire that men might feel while looking at female nudes became the yardstick for the objectification of the female body in art, and the predominance of female nudes in museums was attributed to the dominance of male artists. There is no doubt that our social system and even more so the art business is still dominated by men. But why do I resist this argumentation? Why does it make me feel at unease?

For the simple reason that my interest in the nude as an art form has so far been completely gender-neutral. I admired Laura Knight’s back nude in her self-portrait as much as I admired Edward Weston’s photographs of Charis Wilson. Therefore, does my analytical view fail if I cannot distinguish whether a male or a female artist has produced a female nude? Is my own view of the female body perhaps even shaped by the subconscious desire to please the man by satisfying his visual desires? Is the nude thus ultimately nothing more than a voyeuristic art form? It should be noted that this is not an affront to the pin-up aesthetics of our everyday culture, which quite obviously reduces the female body to pompous sensuality and ingratiating eroticism, but to icons of art history!

Certainly, from a cynical point of view, humankind is a species like any other and our society is a big ape rock. All of our actions can be reduced to biological determination and sexuality, our culture can be understood as a ritualised struggle for hierarchy, which is all about better reproductive possibilities for all concerned. A man wants to dominate, a woman wants to please.

But just as our life, our actions and our culture are fortunately more complex and multi-layered than rudimentary biological impulses , so too is art history. The nude has played an important role in the development of our civilisation since ancient times. Not only religion and state ideologies are manifested in it, but also all aspects of human existence: joy and sorrow, virtue and vice, youth and old age, life and death. In this sense, Kenneth Clark also writes that “the nude does not simply represent the body but relates it, by analogy, to all structures that have become part of our imaginative experience.”

But regardless of these levels of meaning, the mere observation of the naked body in art opens up an aesthetic experience that is not aimed at the sexual, but at the sublime. Just as an object only reaches its completion in a still life or a landscape is intensified in a painting, so the naked body can attain an exaggeration in a work of art, giving the viewer a heightened picture of reality. Such an experience is inherent in every successful depiction of a nude, regardless of ideals of beauty and the social, political and historical situation in which is was created, be it Rubens’ depiction of Hélène Fourment or Lucian Freud’s paintings of Sue Tilley.

This achievement alone is enough for me to justify the exposure of the body in art. It is therefore not a devaluation of the human body, but an appreciation, and if the female body is more important than the male body in this respect, then this should be a reason for joy in feminist art criticism, not for offence. For how puny would art be if we were to banish all female nudes and leave only the male ones?