Photography: © GRAYSC / courtesy of the artist and Damien & The Love Guru 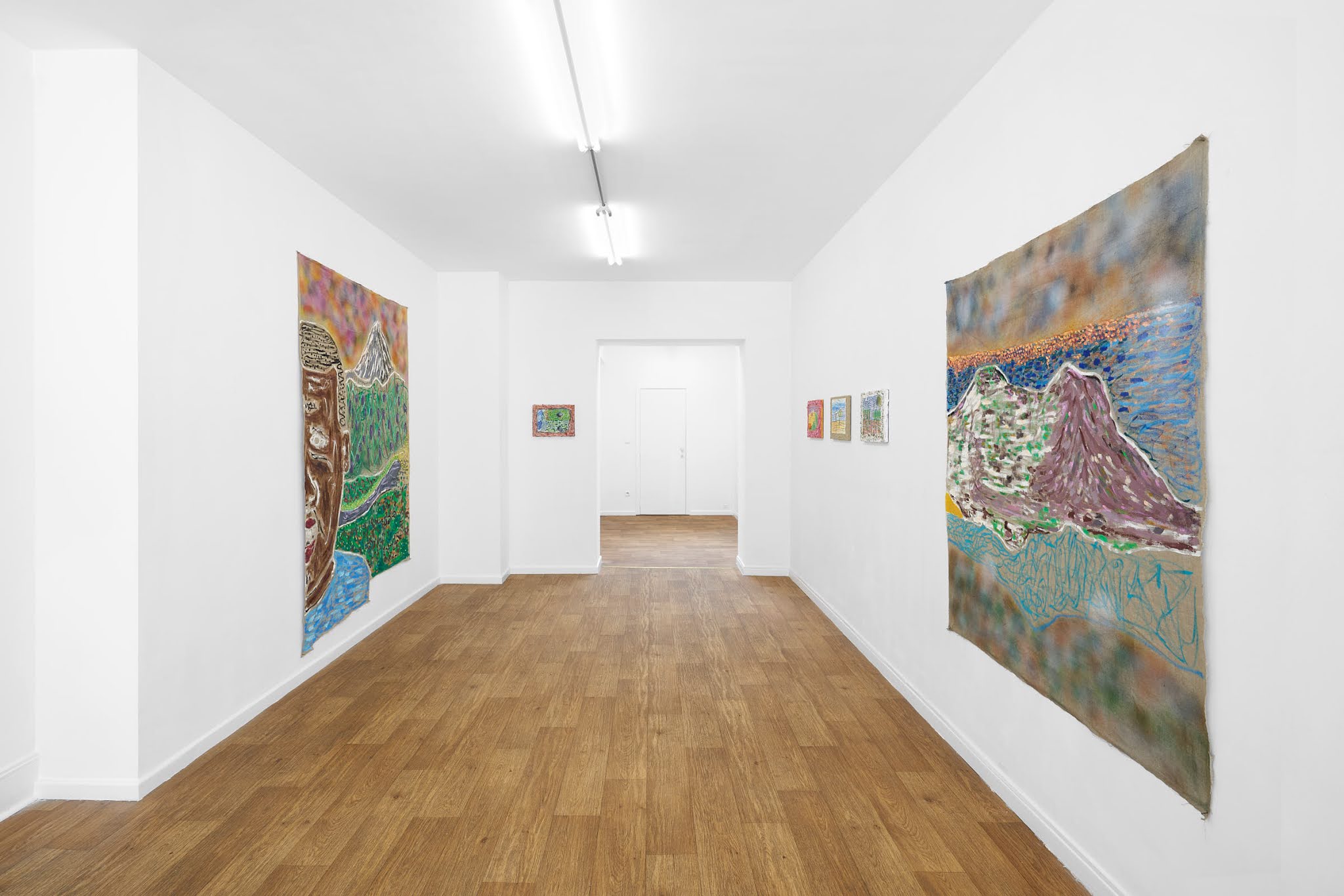 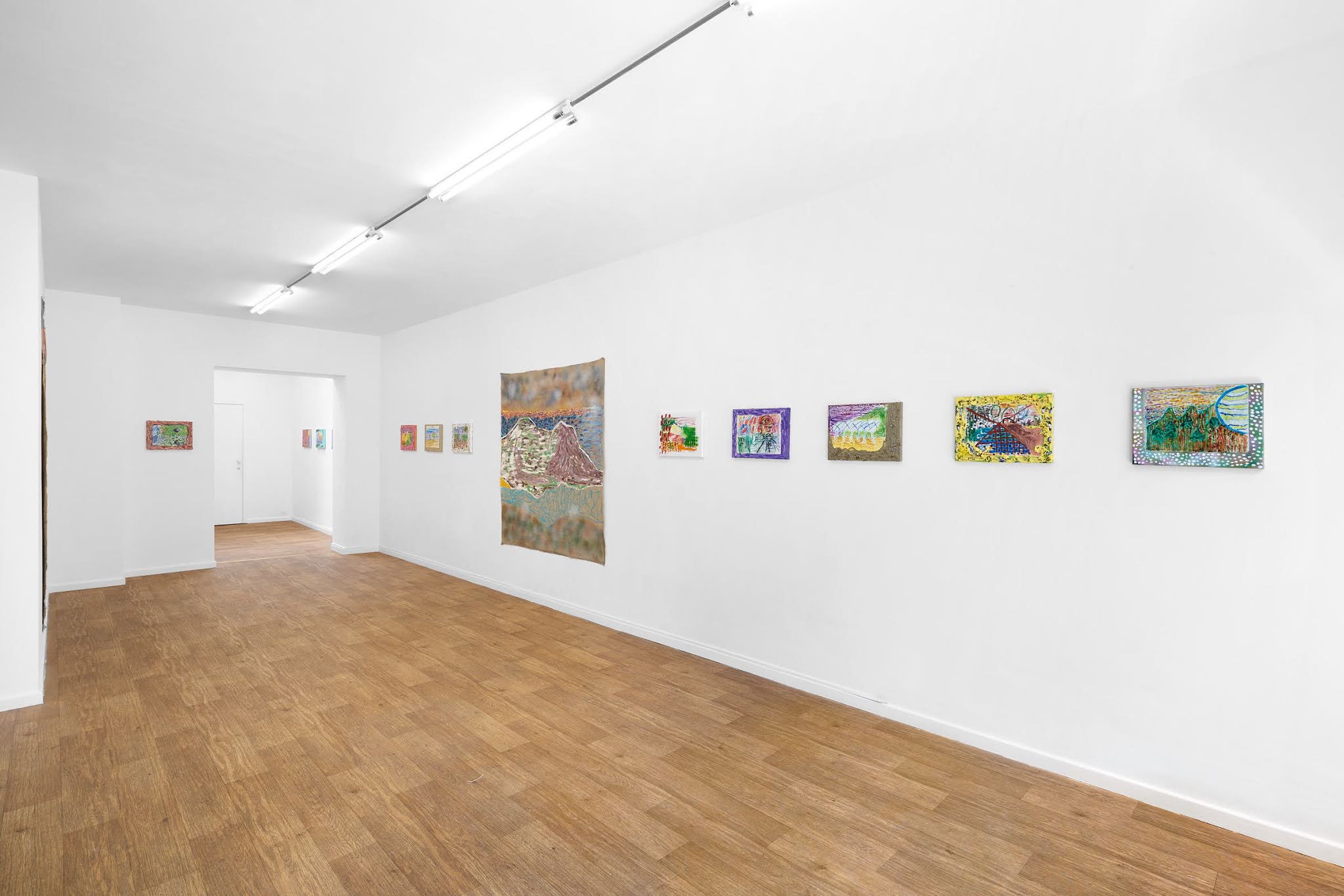 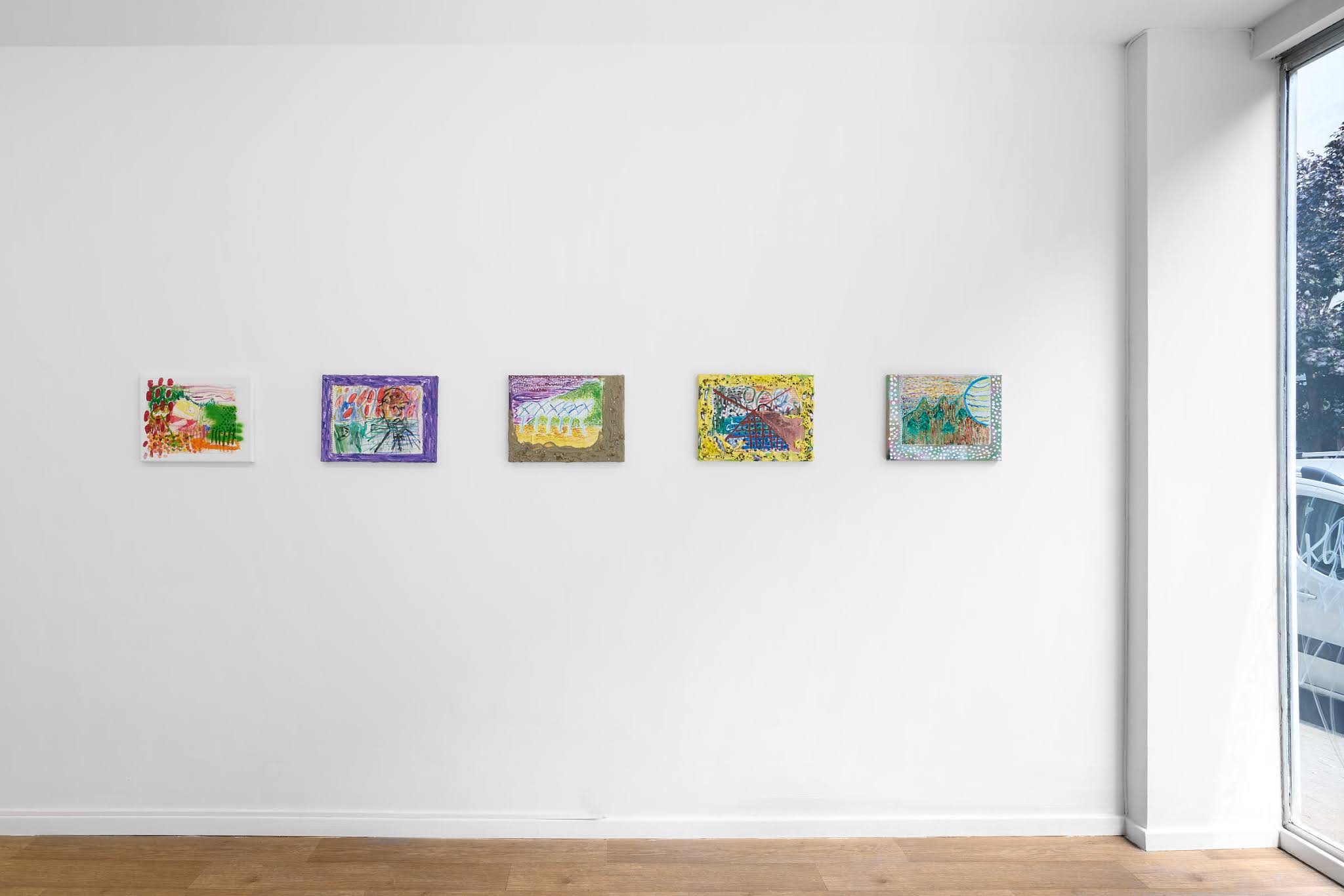 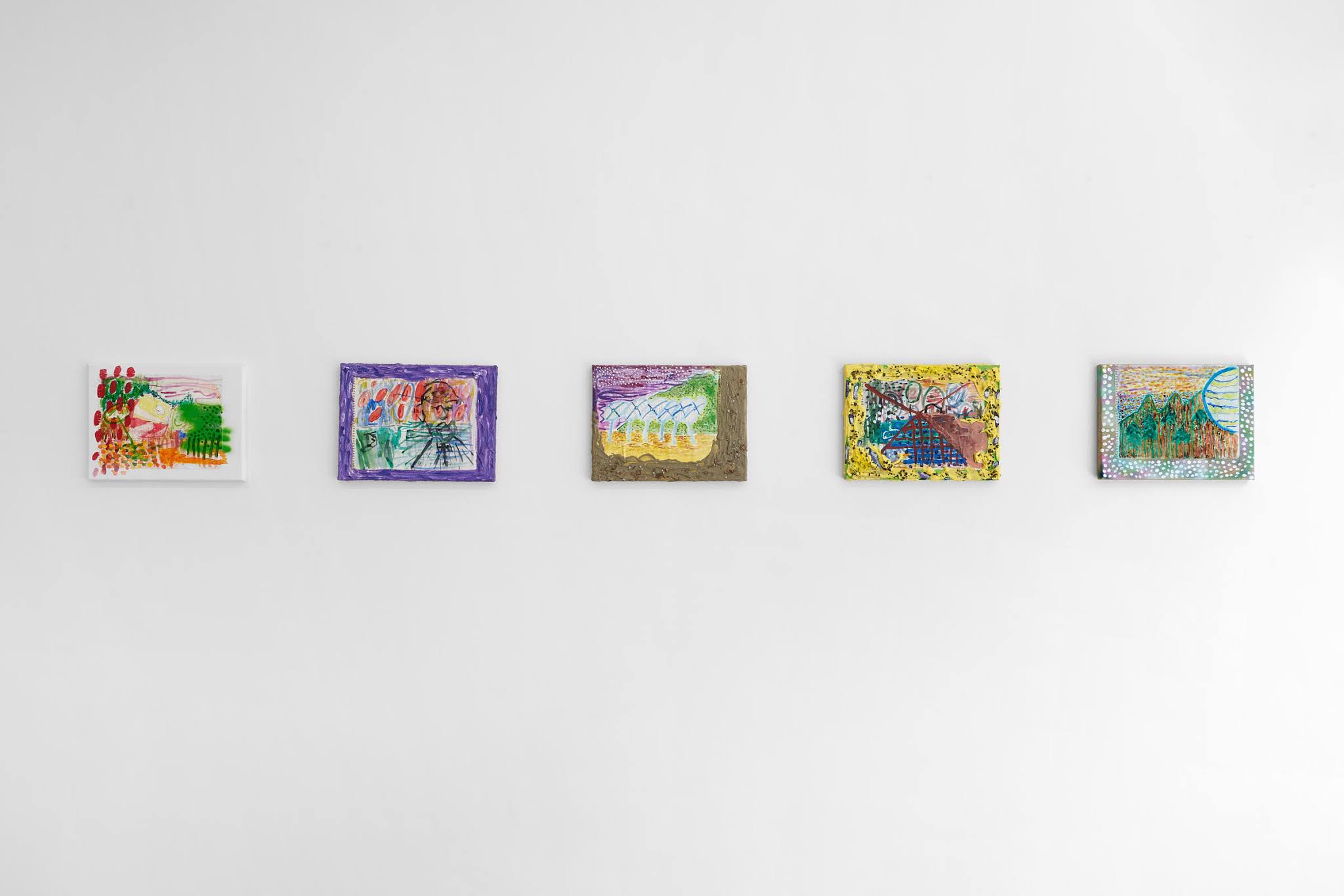 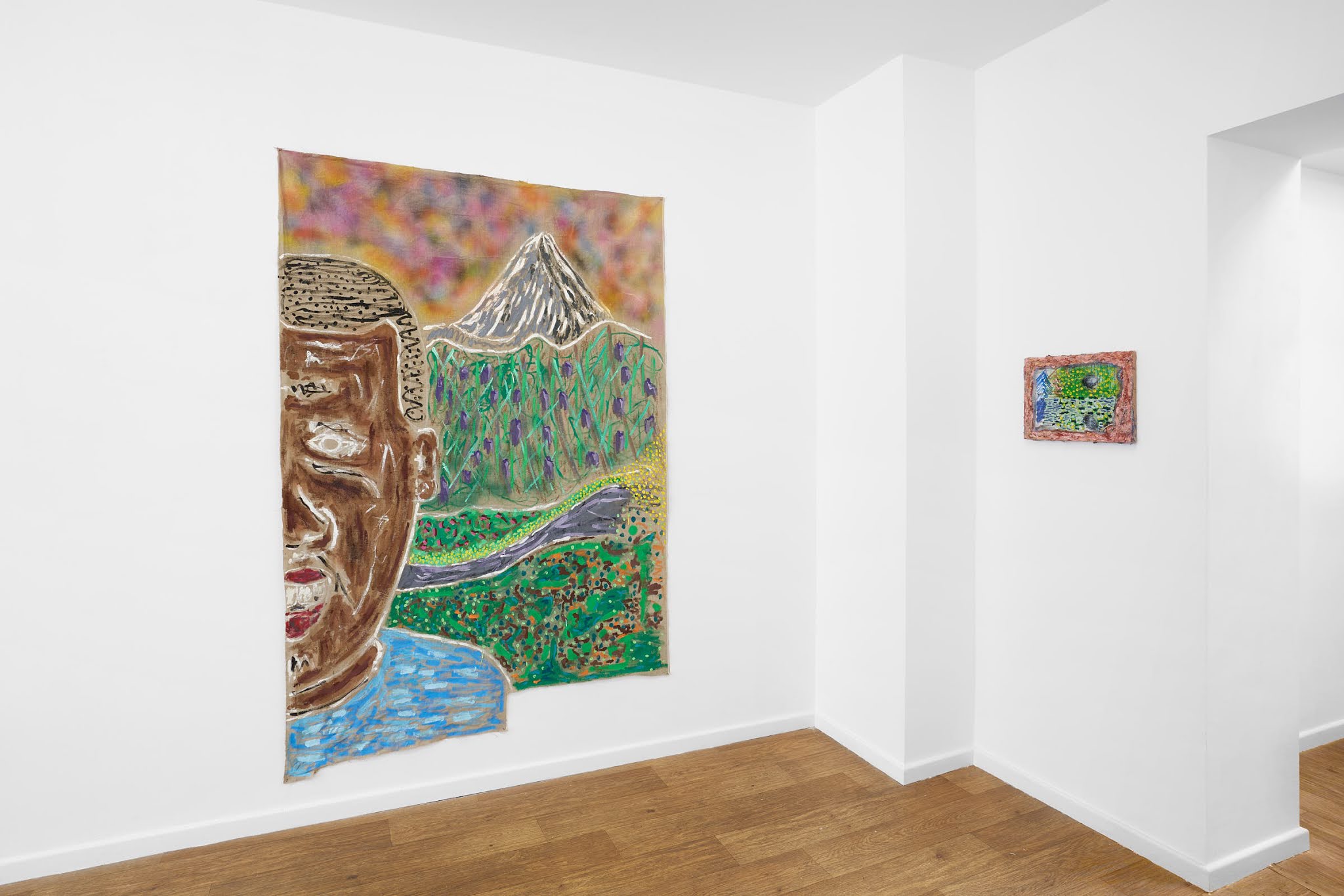 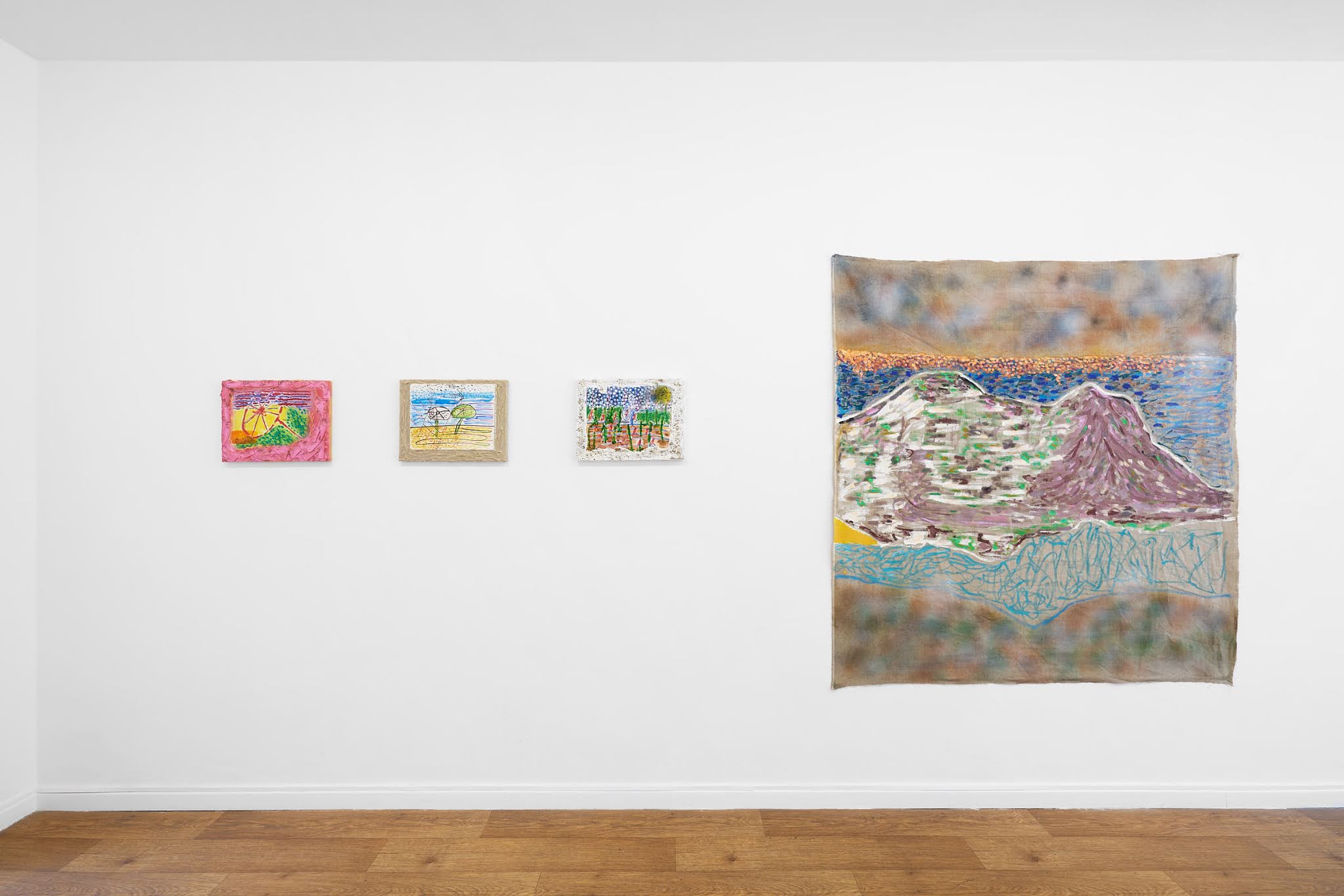 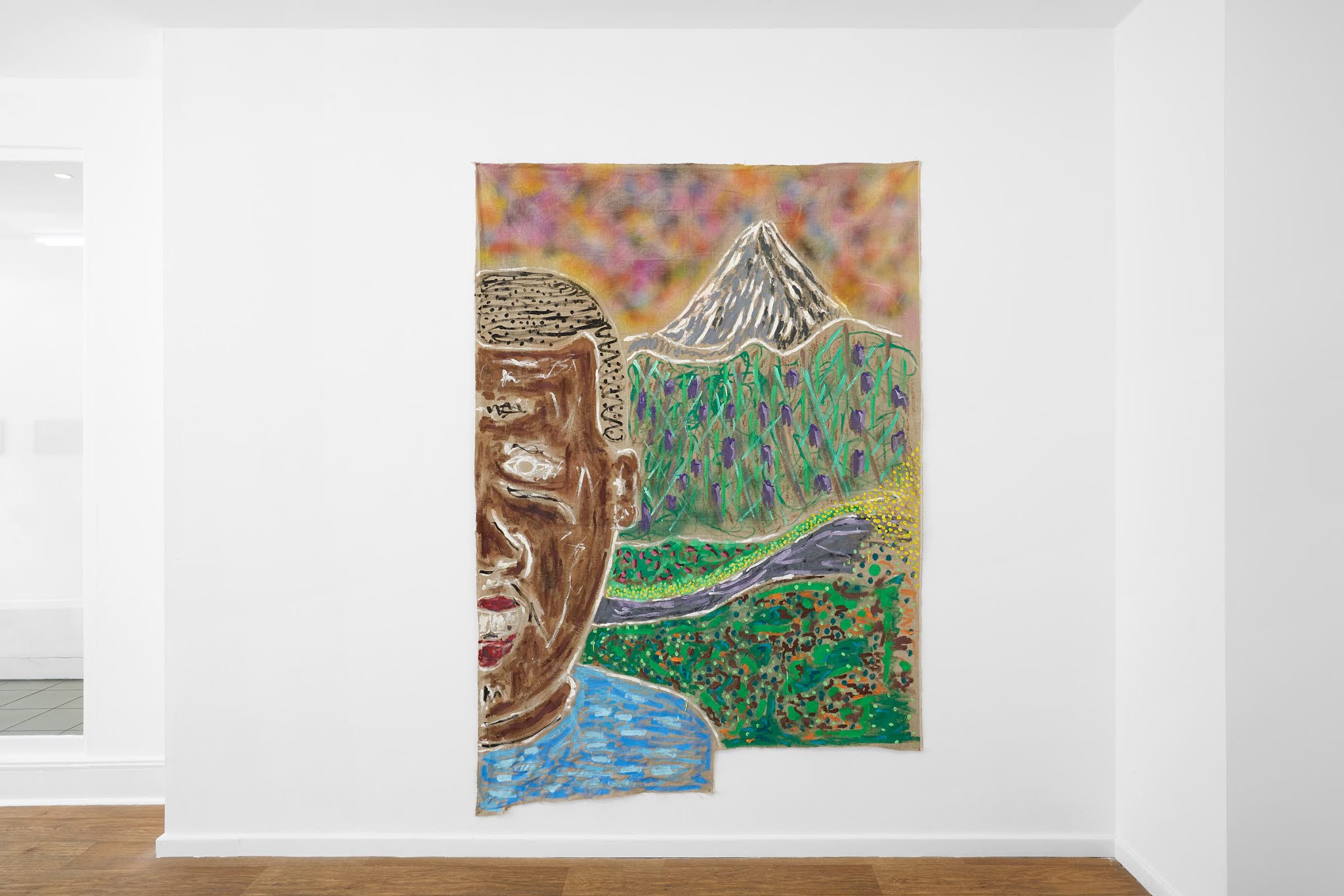 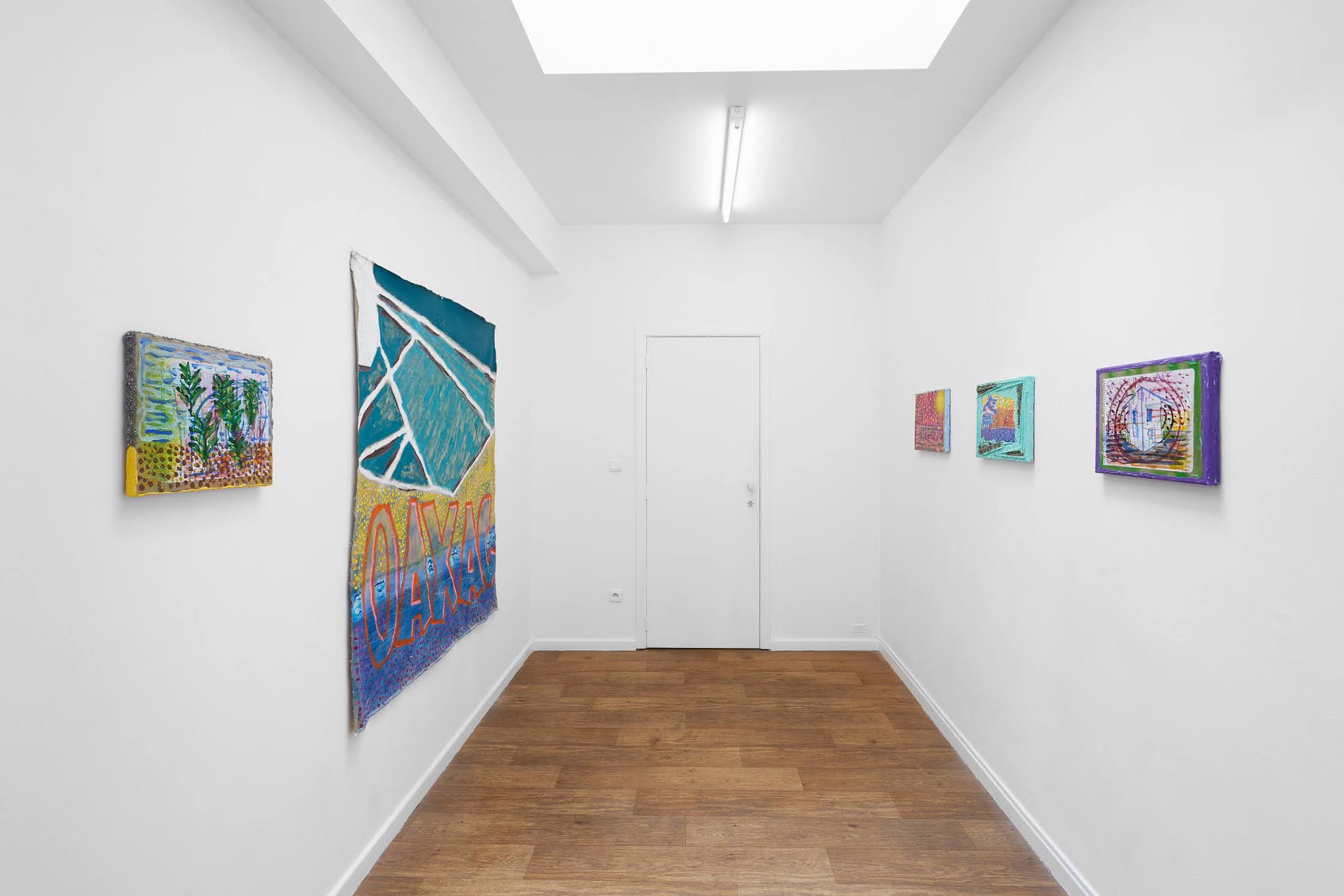 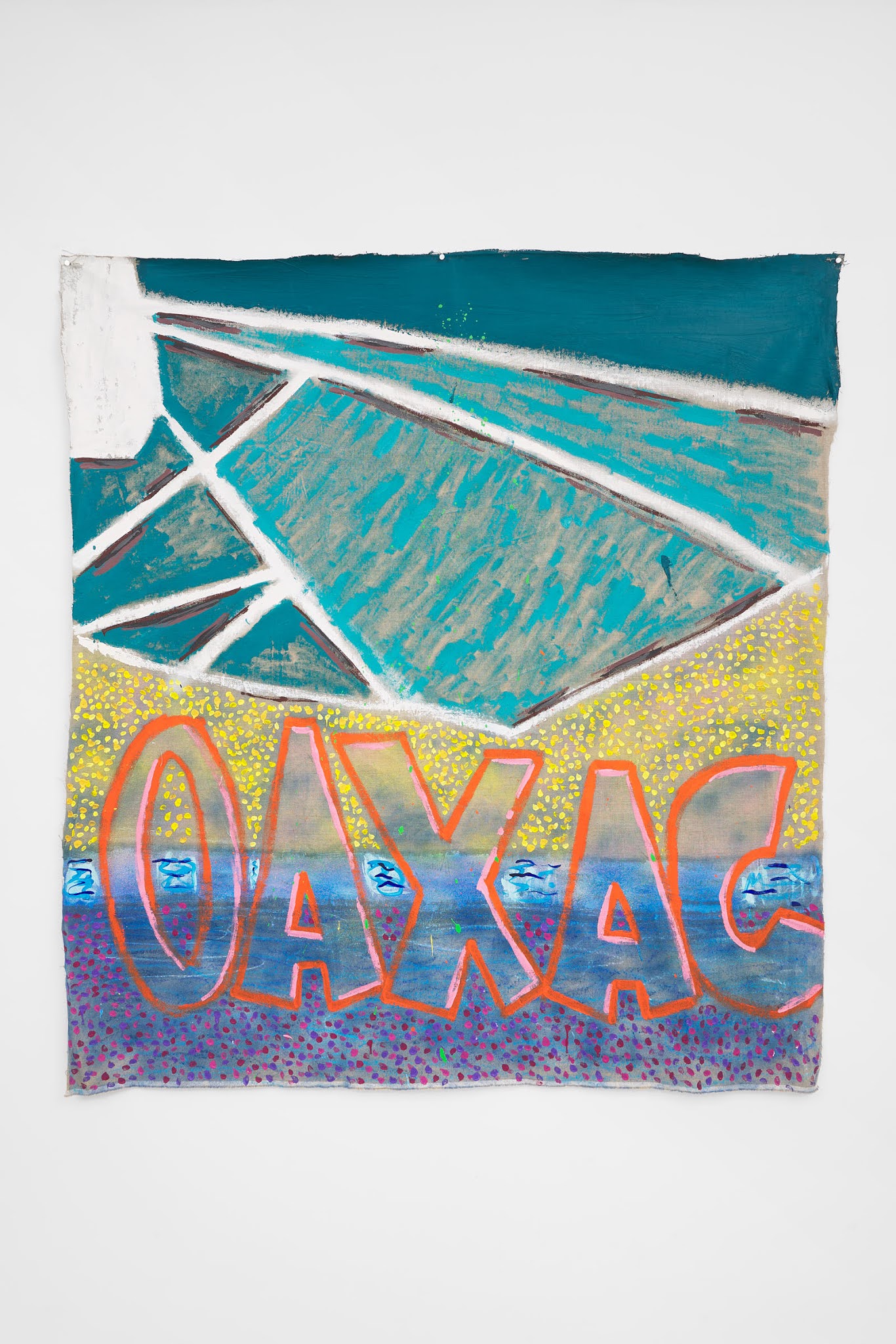 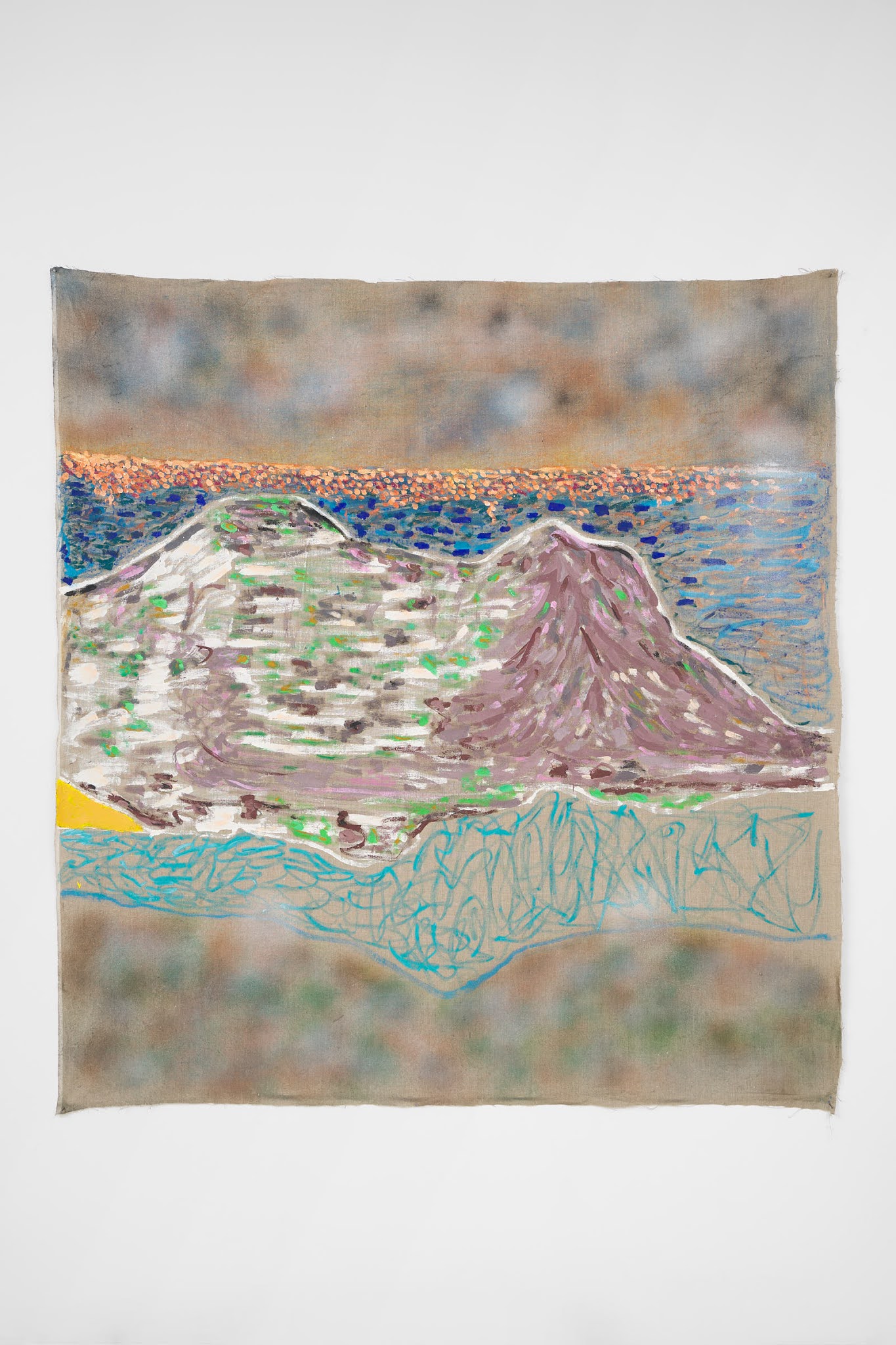 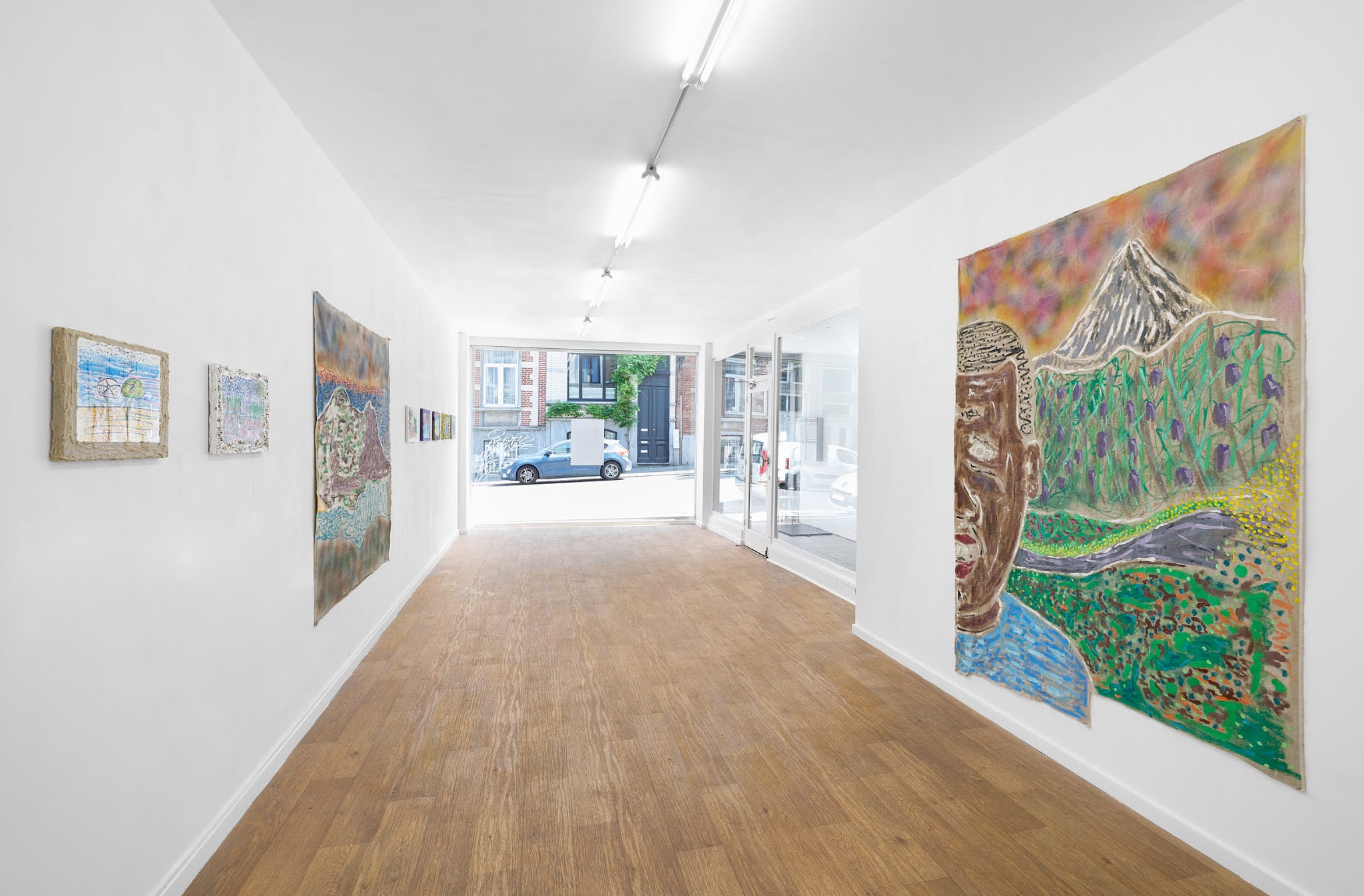 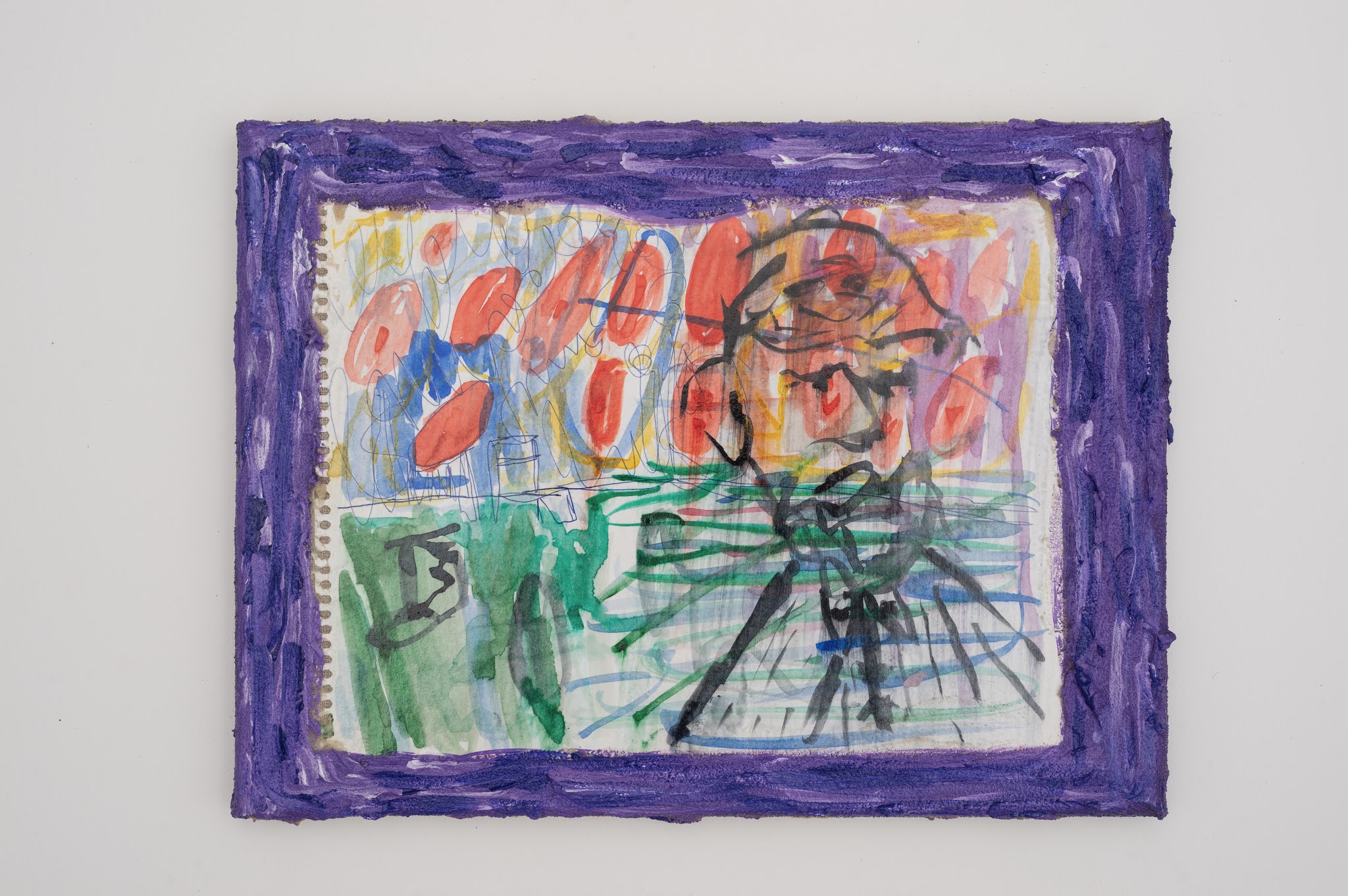 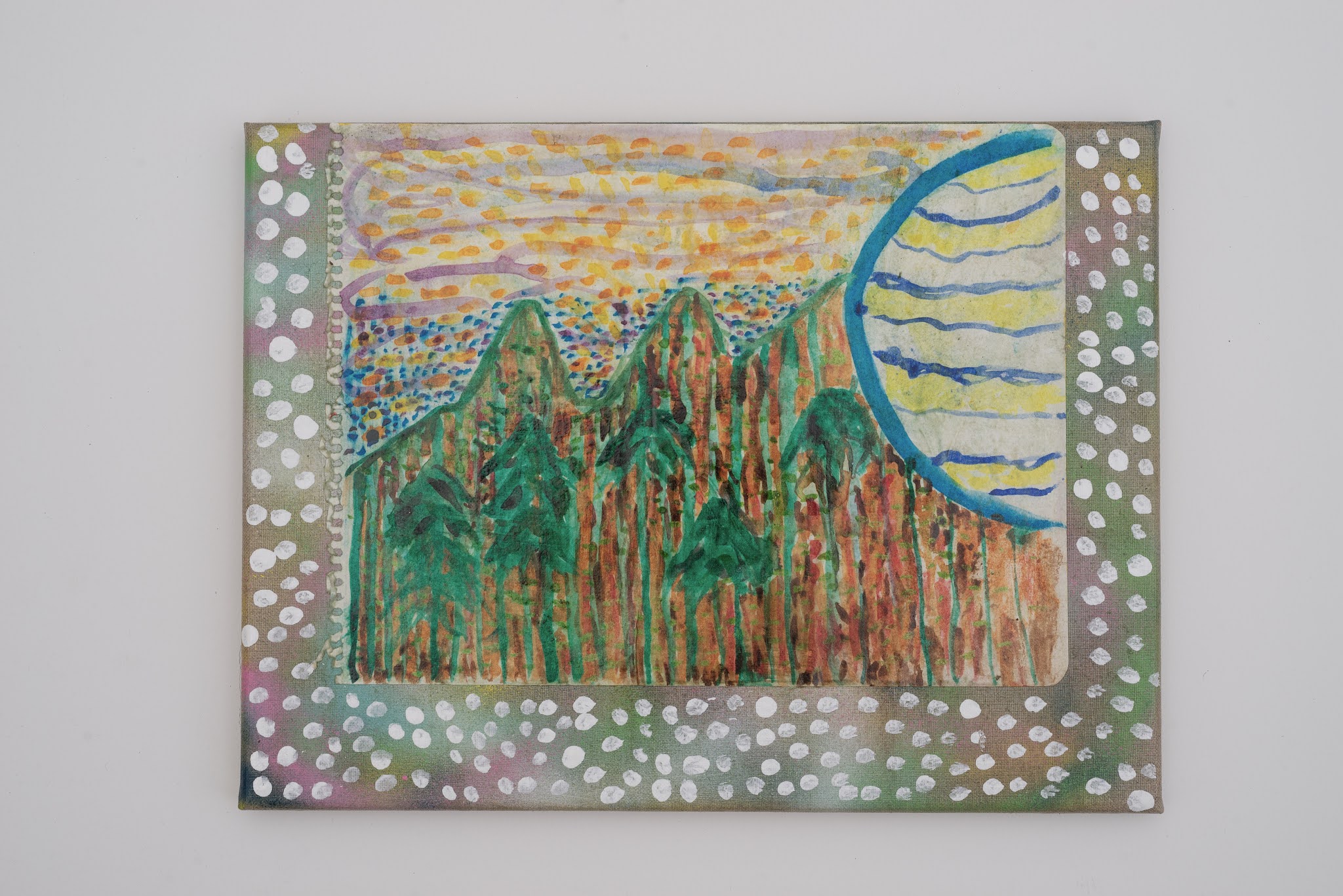 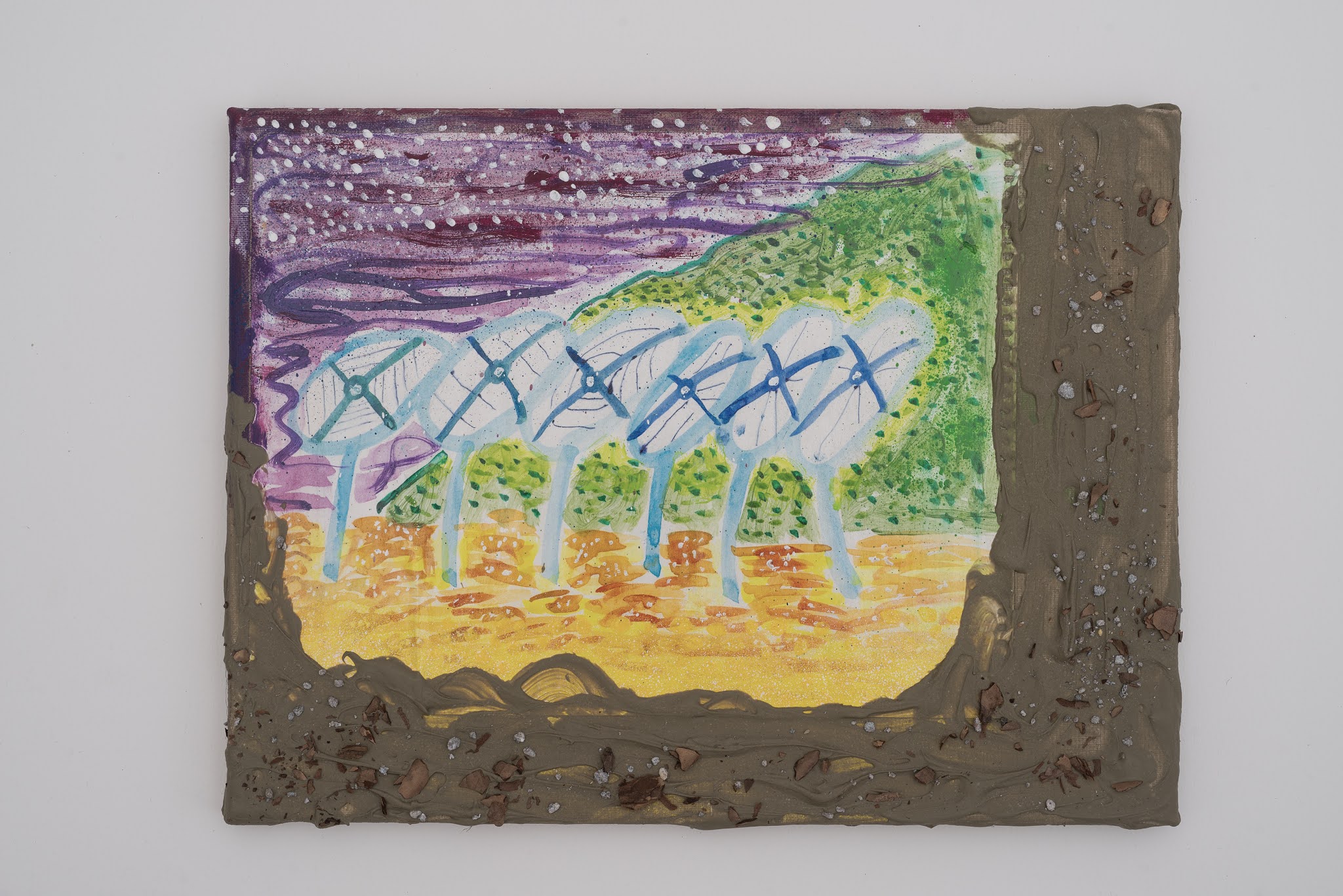 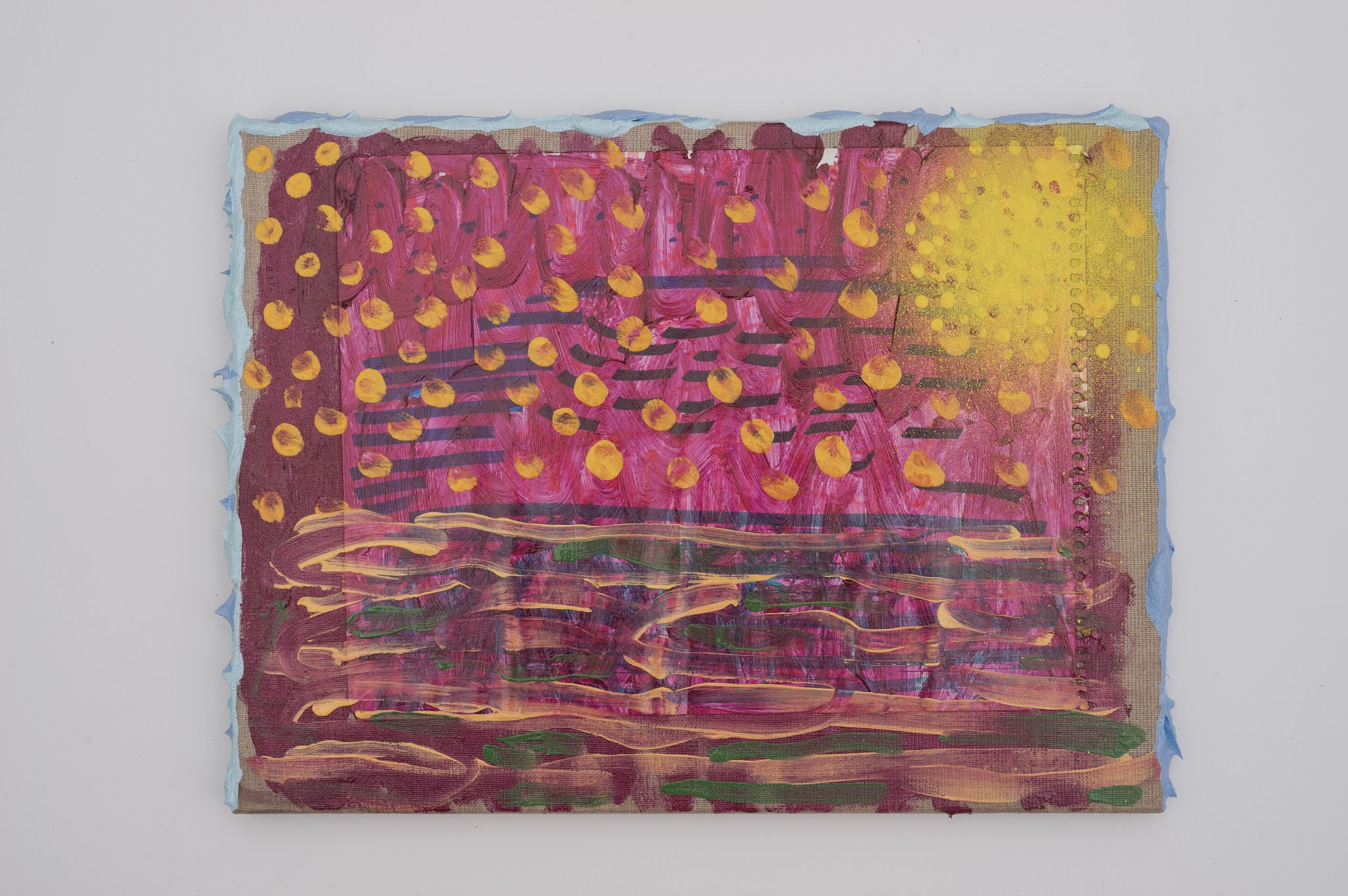 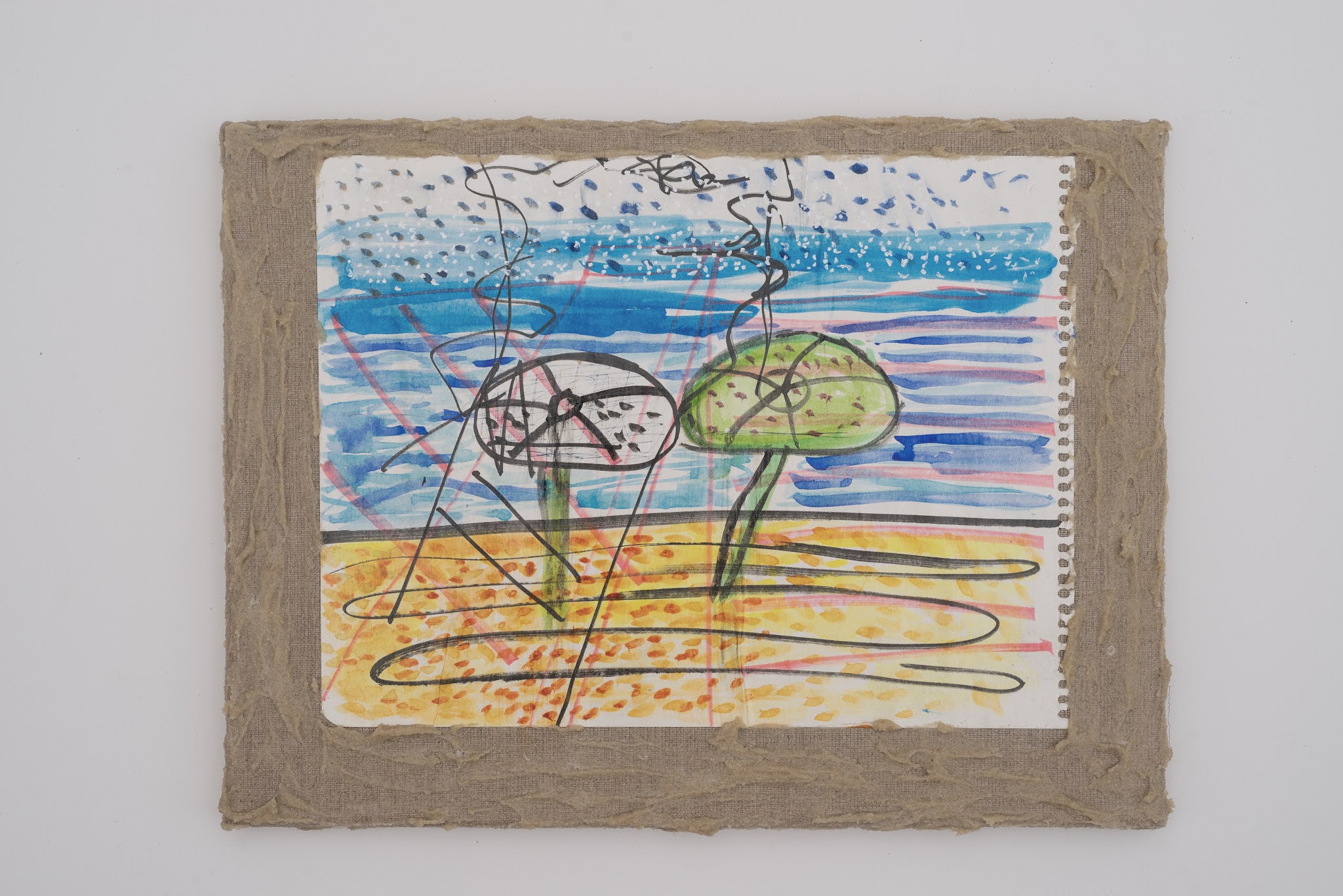 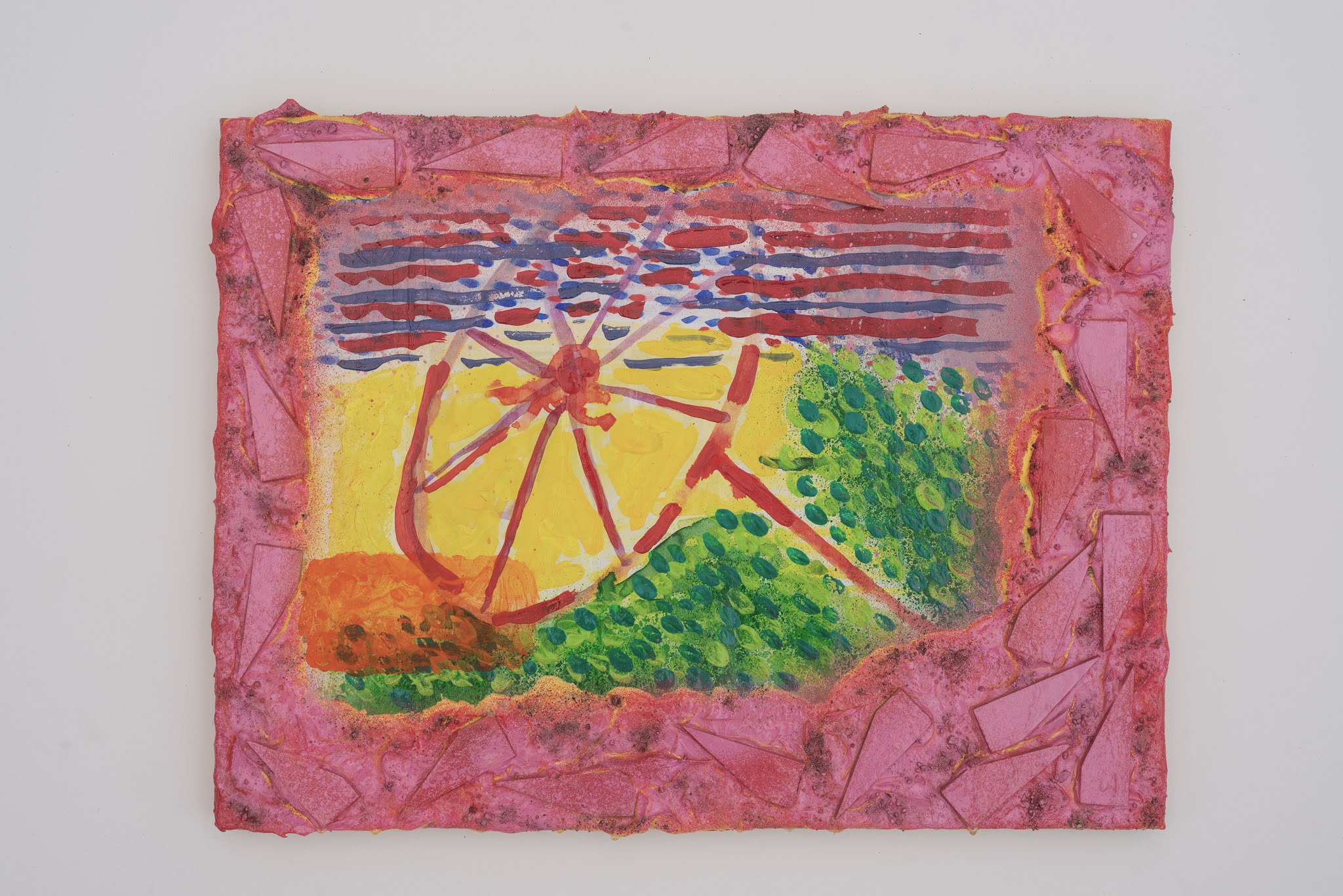 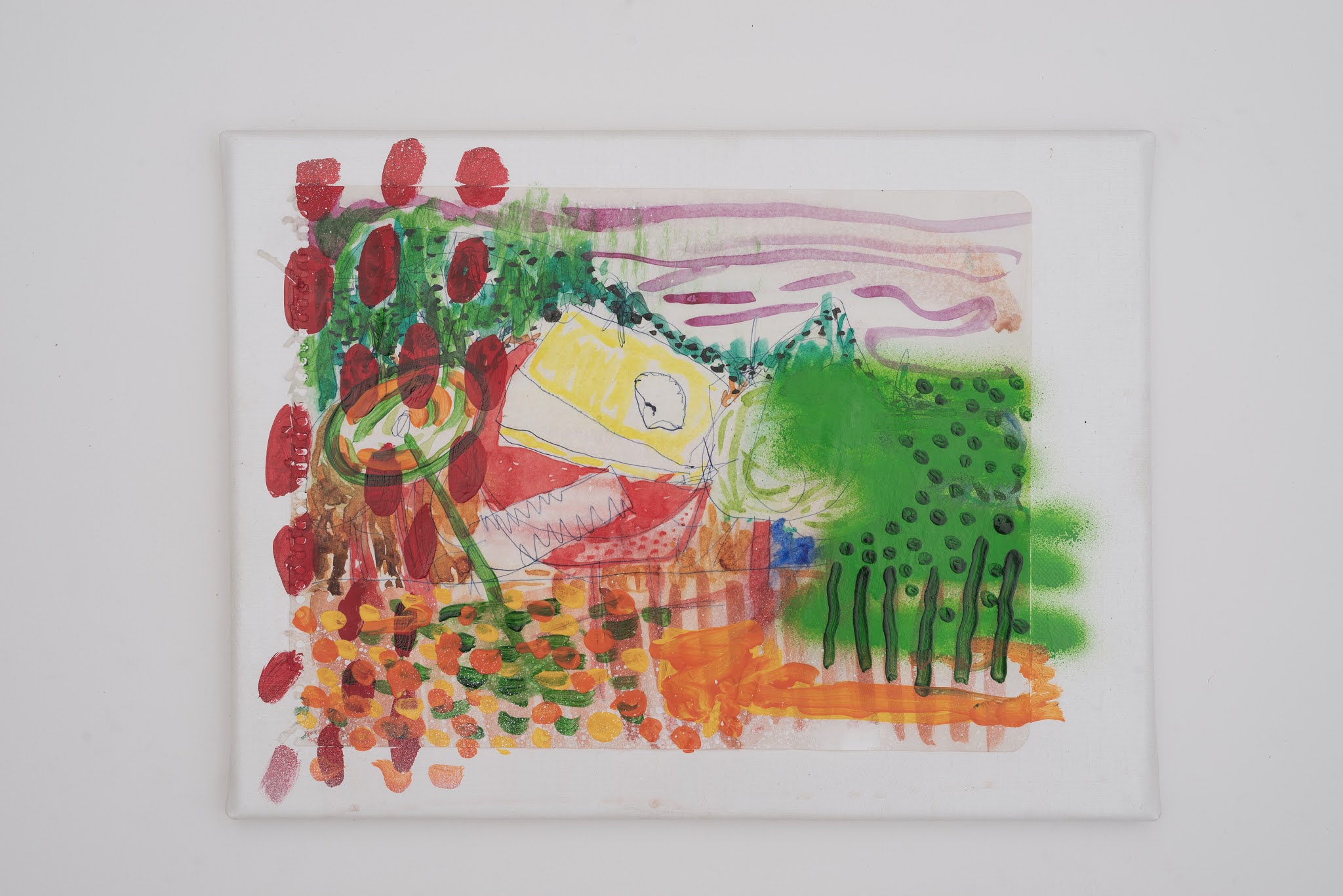 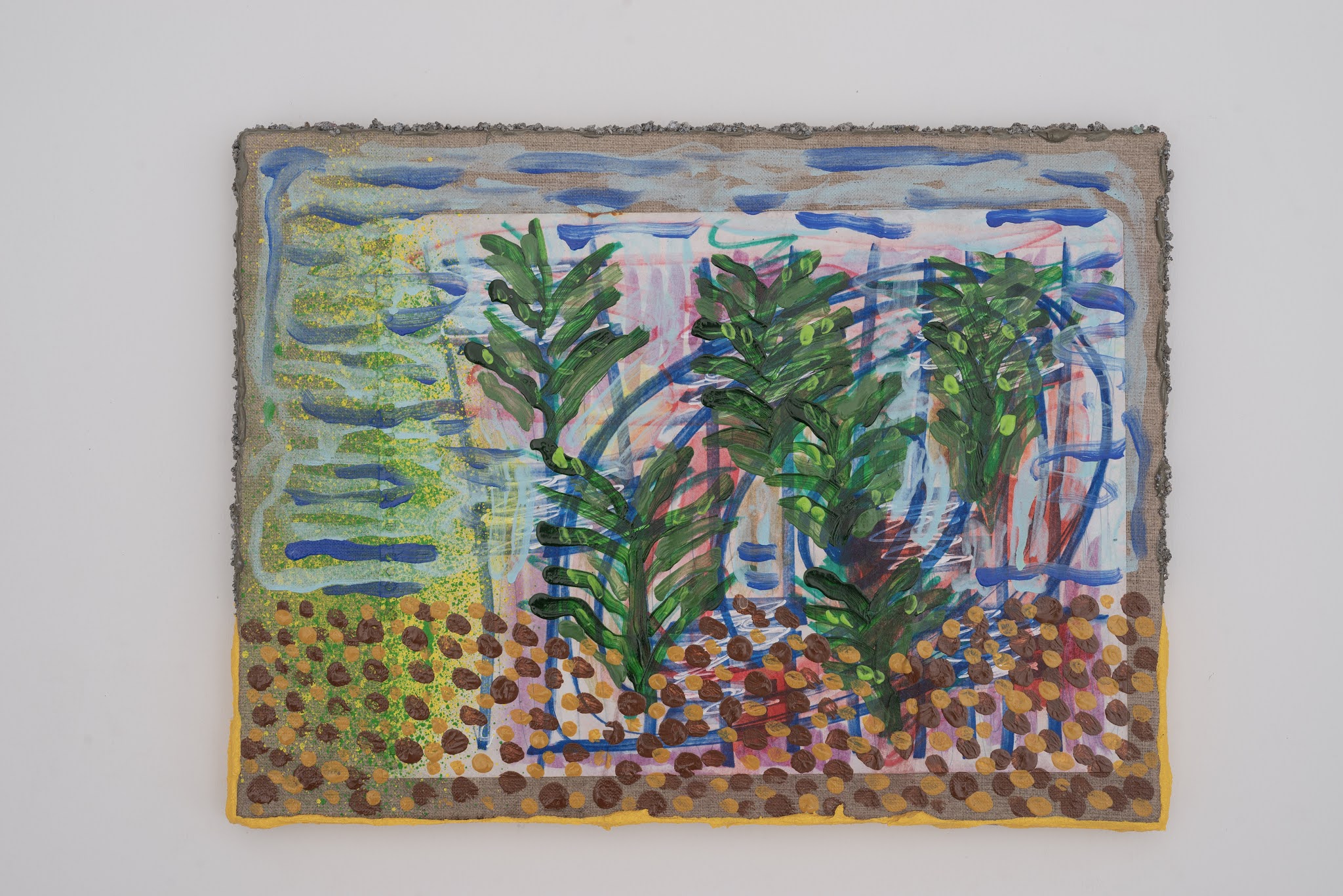 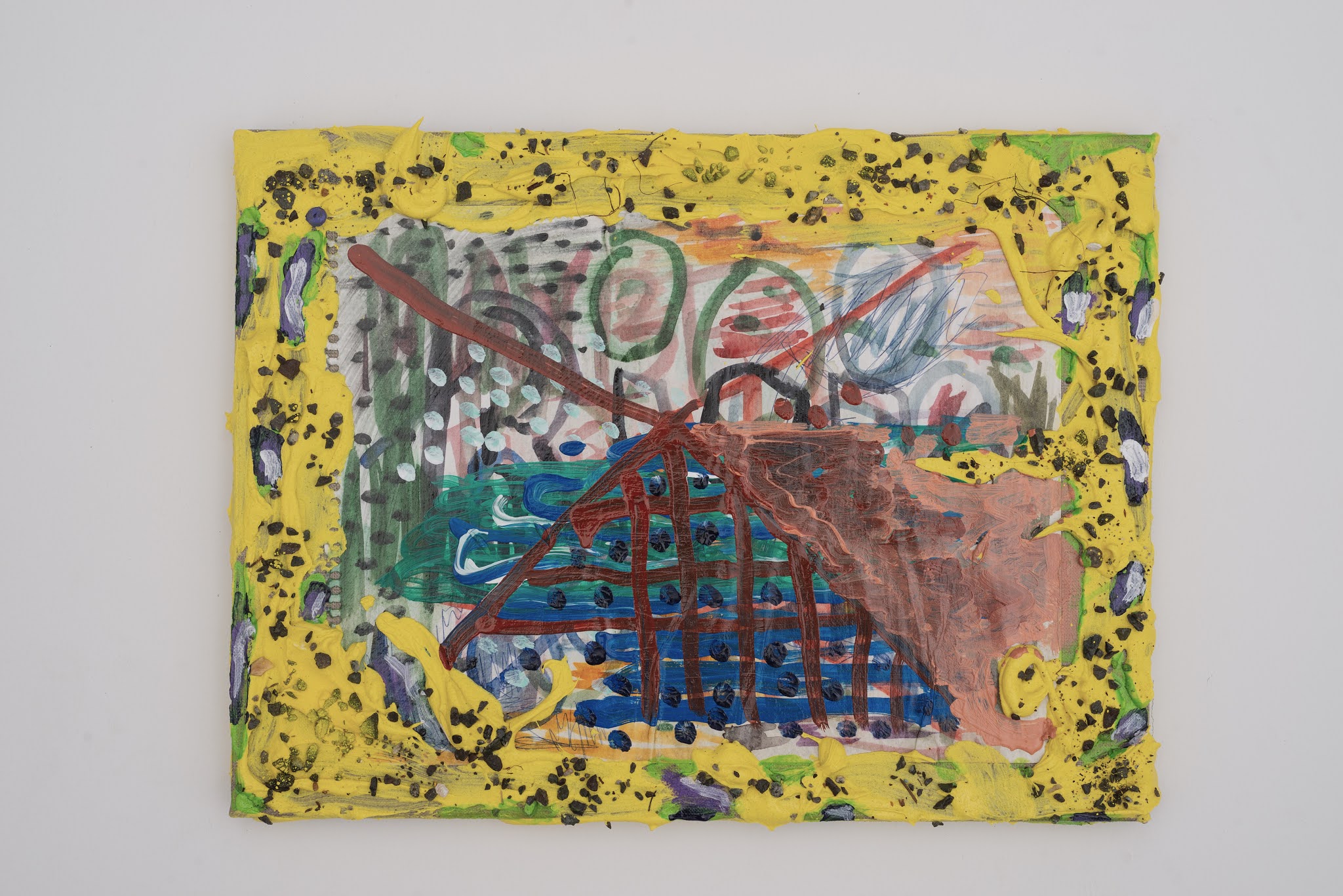 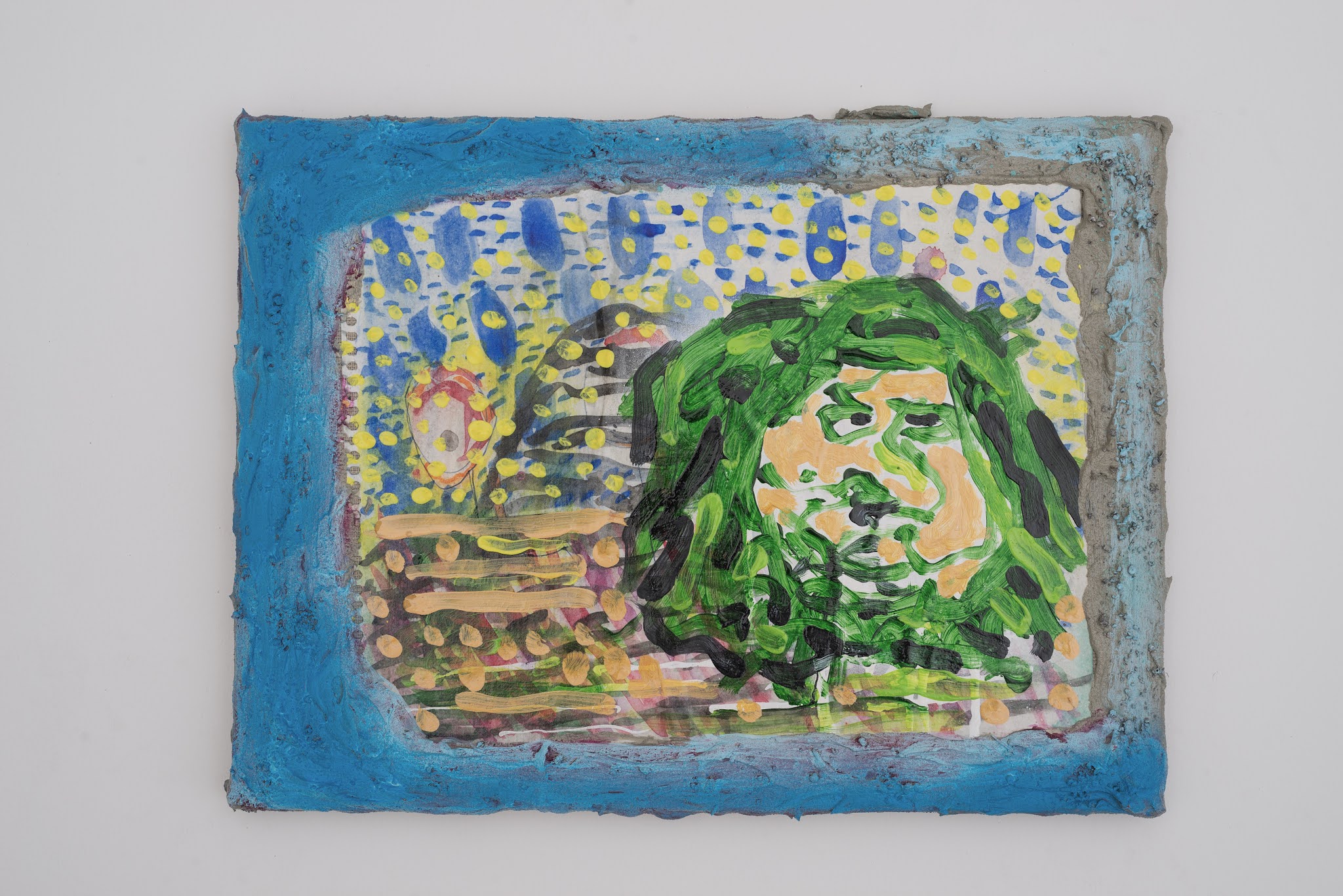 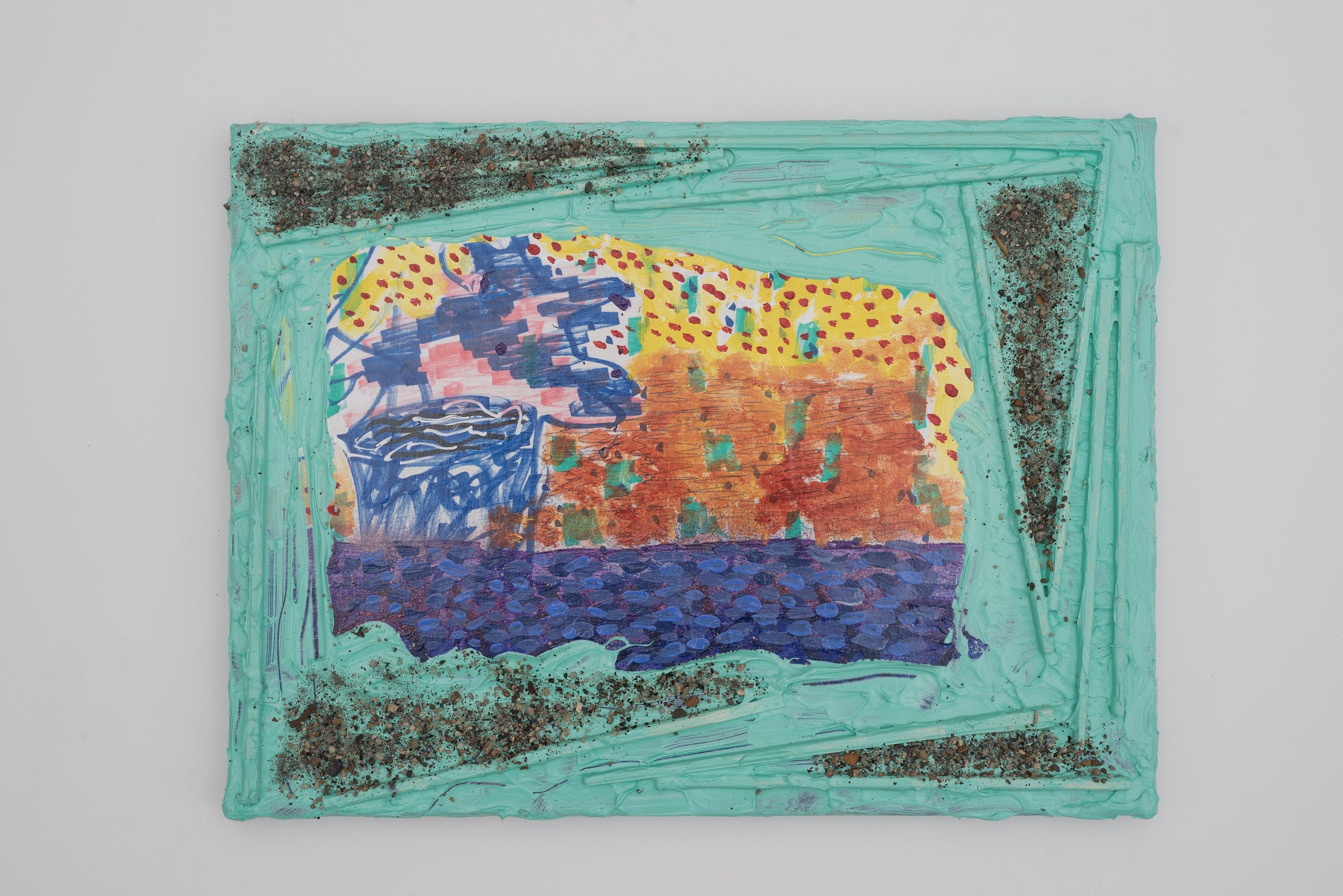 Qualified and quantified experiences of

Mickael and I spent two weeks in Mexico City in the Winter of 2019. I was there to show with Priya at the Material Art Fair. Mickael was traveling around Central and South America by himself on a Norwegian Artists Grant. We stayed in an Airbnb in Roma Norte, the Northern section of the Roma Colonia in the Cuauhtémoc Borough, just West of the Historic Center. We traveled around the City by Foot and Subway and Uber. The difference between Traveling and Touring is not easily defined in the ways I’m thinking, but some steps can be made: leisurely escapism and the desire for being serviced, compared to exploration, observation and participation where others might be afraid, or prohibited, to go and then to stay.

What exactly does this Memory of a Trip have to do with an Exhibition of Paintings in a Gallery in Brussels… A framing and reframing for each other. I was supposed to meet Mickael at Koku in Cuauhtémoc, but was running late and stuck in Traffic after visiting Espacio Escultórico at UNAM. I entered the crowded Restaurant and told the Host in English that I was there to meet my Friend, and asked if anyone was waiting for Me. He said there wasn’t but I could wait outside for Them. After some time, I spotted Mickael shoved into the Corner at the Bar, eating furiously. He had arrived earlier, but they didn’t want to seat Him, and asked to see His Passport. They wouldn’t let Him eat until He could prove who He was. I recently asked Him if He could tell me anything more about what happened, He said He just couldn’t remember. “The scary thing is that it’s not a one off, such things happen [and] they go in a big big book...I can’t always remember.” I said I had remembered Him being so angry at the time, He responded “Yes It cools off quick”

To speak with Philosophers, one could talk about biology and physiology, with Gallerists about observation and spirituality, with Consultants talk shows and Thomas Bernhard. With Mickael, there is a lot to share, indifference coupled with delighted skepticism.

Identity as product, politics as coke, cash and credibility fueling a neo-colonial march into the future, Ubers and mezcal.

A bastardized version of figuration, of naive bodies and grit stretched and lacked. Colonial tropical abstract abjection of this bricollaged rant as well tries to fit in, IDEALIZED LANDSCHAFT OF MOUNTAINS AND PLANETS AND SEAS AND TEARS. Conservatism is not subjugated, just repressed and evolved and unbound by the screams and selfies and rainbows of the righteous (don’t want to attack rainbows, but they have a high morality index). Meanwhile violence is more and more seen as a logical and emotionally effective solution. It always was, it never went away. We bathe in violence everywhere. Logic is violence, effectiveness is violence, aspiration is violence. Black squares raining suprematism blood in my feed, abolish prisons, burn all maxi prisons, there are no easy answers, we could have done better why don’t we do better i’m fine.

Where are the spaces for each other, together? I don’t have

any solutions, or ideas.

I do like cities, crowded and living, with and under, beside difference and risk. I personally am a product of gentrification, immigration, privilege, patriarchy, public education, Quaker education, liberalism and neo-liberalism, religious conservatism, anti-semitism, class, divison and disparity, Honi soit qui mal y pense, where does this put me in the conversation. If you prefer to sit inside safe, you’re not really in it for everyone.

“I been cryin’ in the sunshine

I been laughin’ in the rain

You know, dyin’ is easy

In the end we are standing in a storefront space of the gallery Damien & the Love Guru, in the Saint Gilles neighborhood of Brussels, Belgium, with two groups of paintings from Mickael hanging on the walls. These were made on the Costa Chica, while traveling in Oaxaca up into the state of Guerrero, Mexico, and in a studio in Wedding, in the city of Berlin, Germany.