Manuel Stehli at Gallery of the Czech Centre Berlin / Berlin 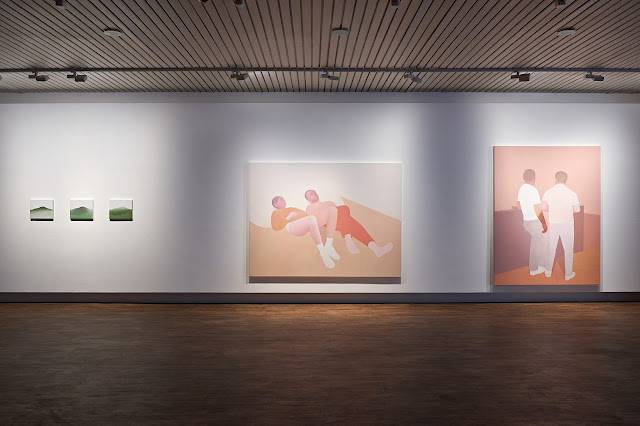 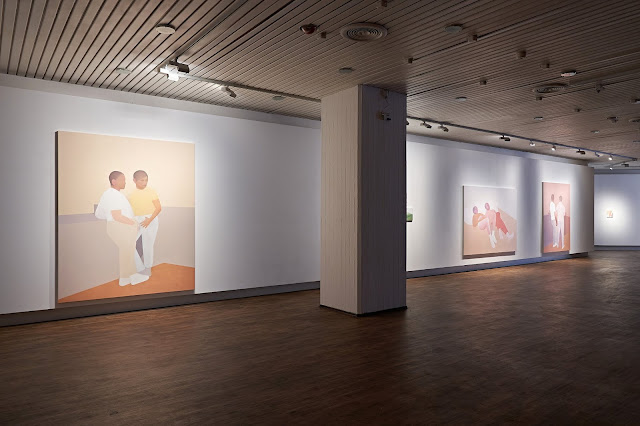 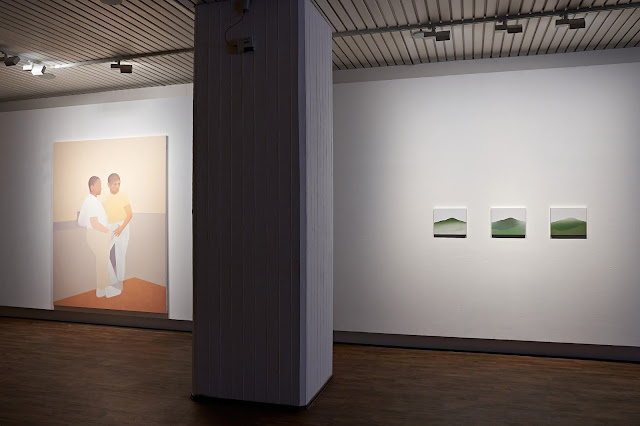 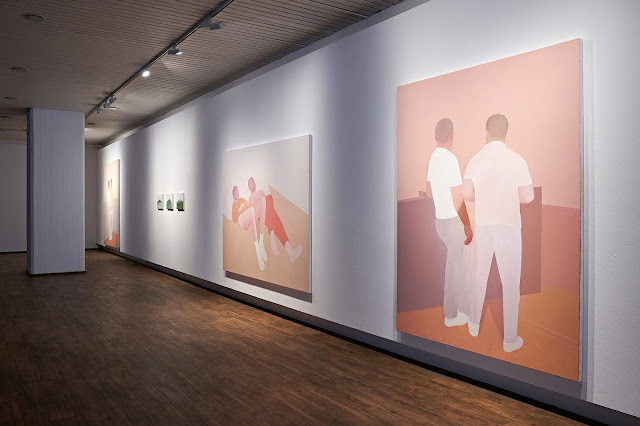 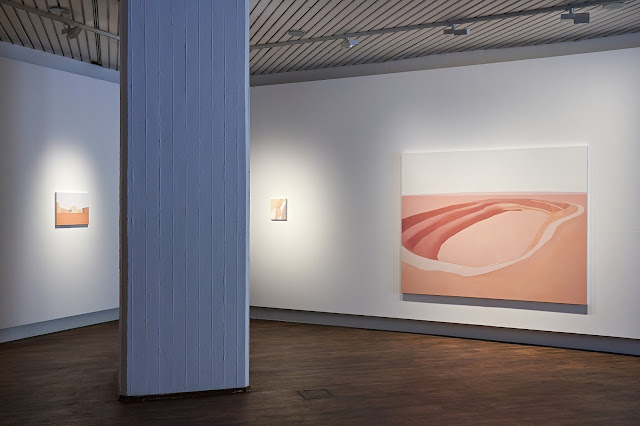 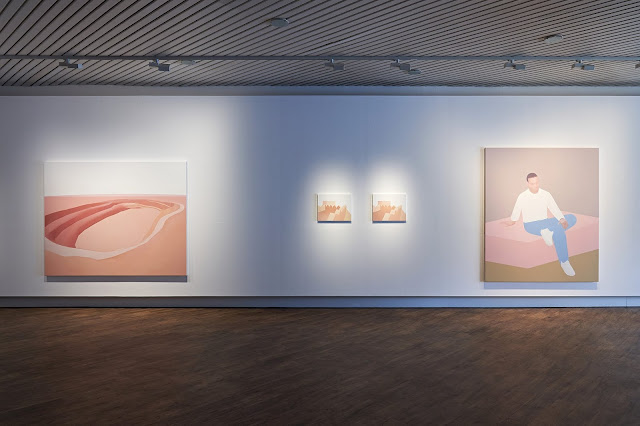 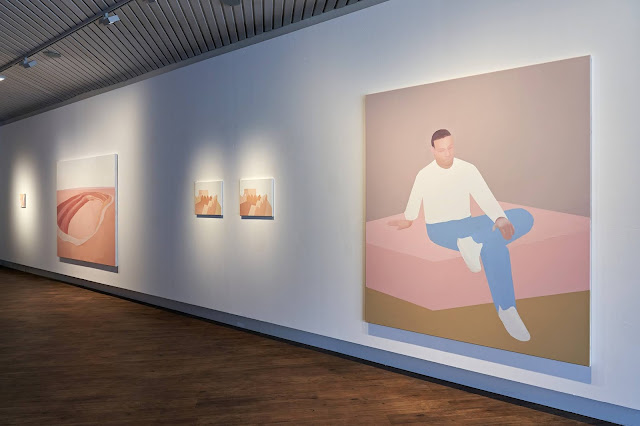 The young artist, who has Swiss-Czech roots, creates images that are very well suited to the currentclimate. Stehli’s precise, for the most part large-format oil paintings exude a stillness, bordering on leth- argy. They emphasise the emptiness in the building, the stasis that was forced upon this place of cultural exchange over the last few weeks.

The images are mundane, free of embellishment, muted in colour. For the most part they depict people, their gestures and interaction. Recently, Manuel Stehli has been focussing more and more on variations of minor nuance in gestures and bearing. Particularly when the images are examined in relation to one another, it becomes very clear what is important to Stehli – an accurate study of poses and gesture. The background is in no way intended to distract from this.

On canvas, Stehli examines body language. The figures are often positioned in such a way as to evoke the idea of interaction, and yet upon beholding them, a sense of distance is palpable. There remains an ambivalence between contact and distance, between speech and stillness. It is a theme of particular resonance in this age of social distancing. The life-sized figures are removed from any spatial or tem- poral context, they are simply there – in their own right and for the sake of the viewer, who, in their pres- ence, is both kept company, and set adrift, left feeling forsaken.

Stehli’s mostly small-scale depictions of landscapes, often painted as part of a series, as if a lonely wan- derer were trying record slight variations along an otherwise monotone path, emphasise that sense of absence. They catapult us into a state in between movement and torpor.

Life generally plays out in Stehli’s paintings in muted pale colours with white accents, oscillating between smooth planes and more textured areas. In his images only as much life emerges as paint can be trans- formed from a flat surface into something voluminous.

Manuel Stehli studied at the Hochschule für Grafik und Buchkunst in Leipzig and at Camberwell College of Arts in London. Between 2017 and 2018 he took part in the Winsor & Newton residency programme atthe Künstlerhaus Bethanien. His work has been nominated for awards including the Kunstpreis JungerWesten and in 2018 he was one of the finalists of the Berlin Masters exhibition for Berlin-based artists under the age of 30.

All images courtesy of Aleks Slota.