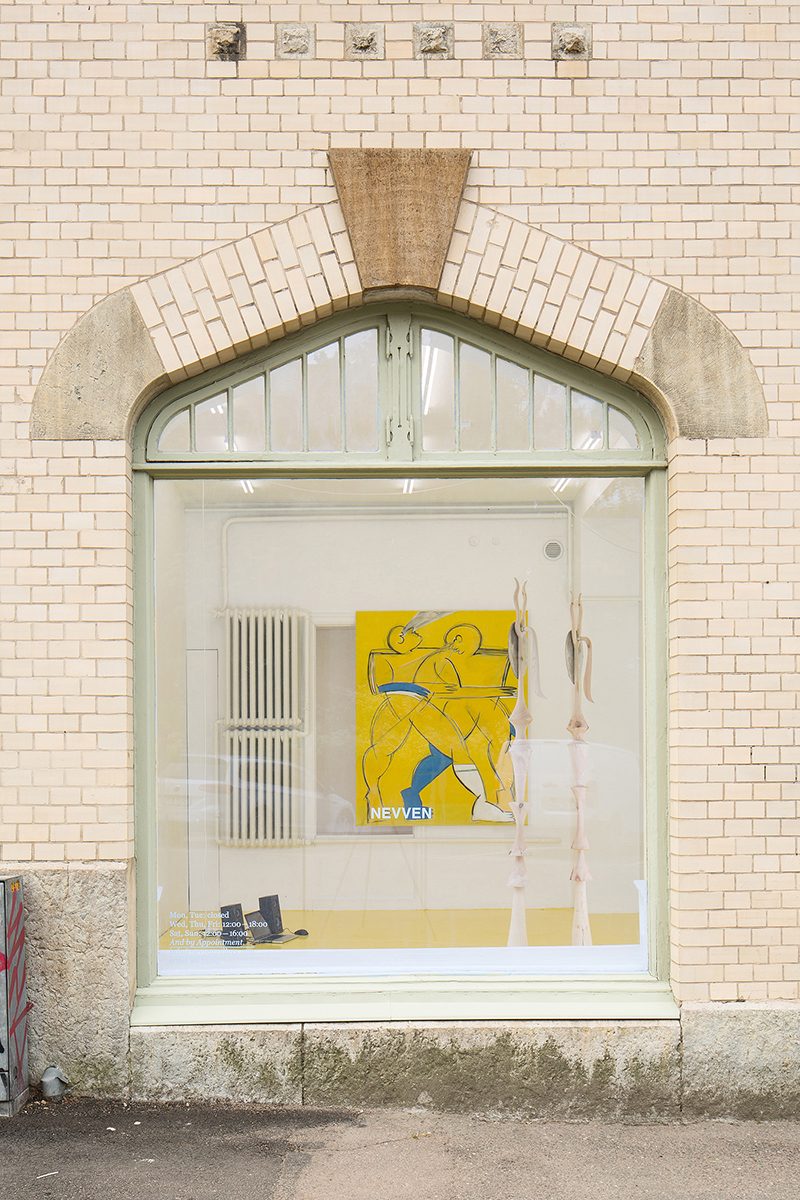 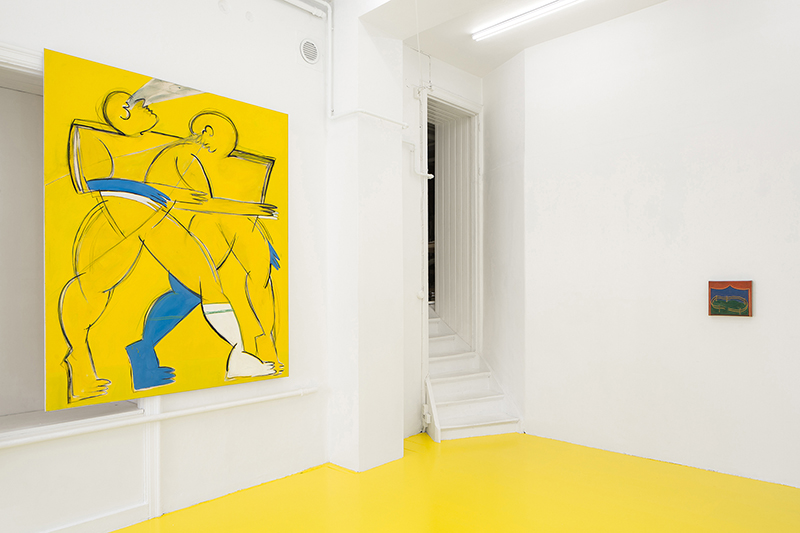 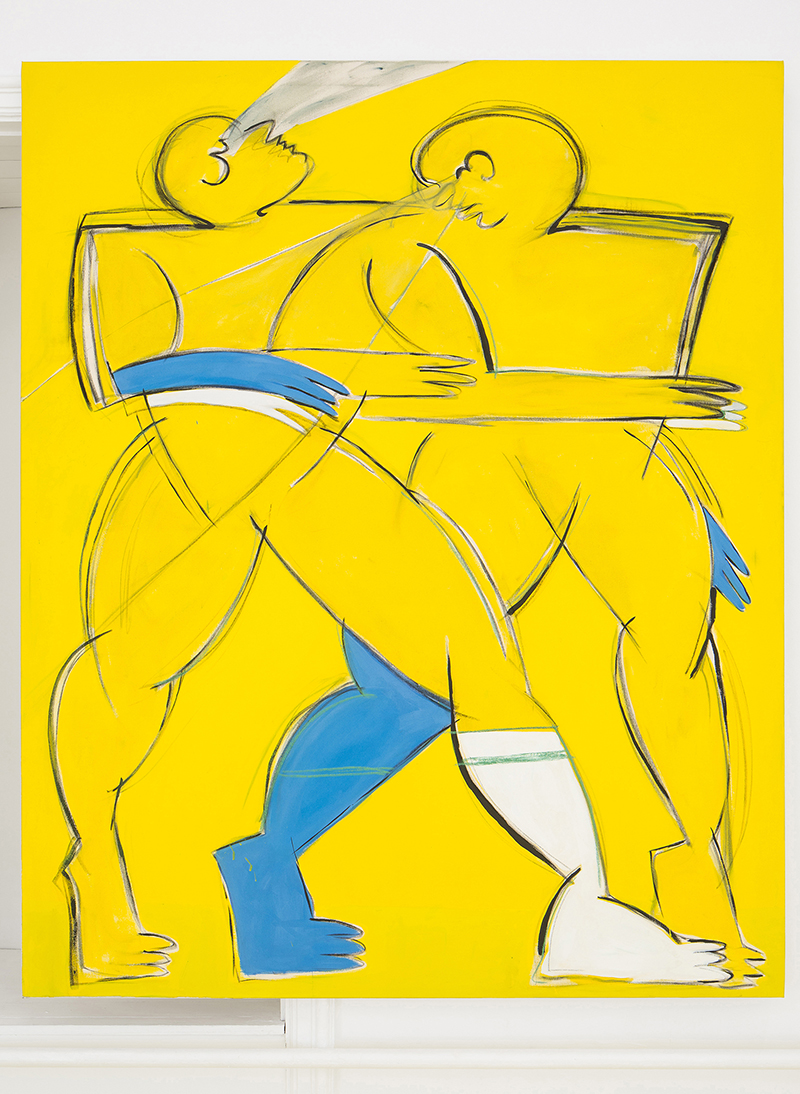 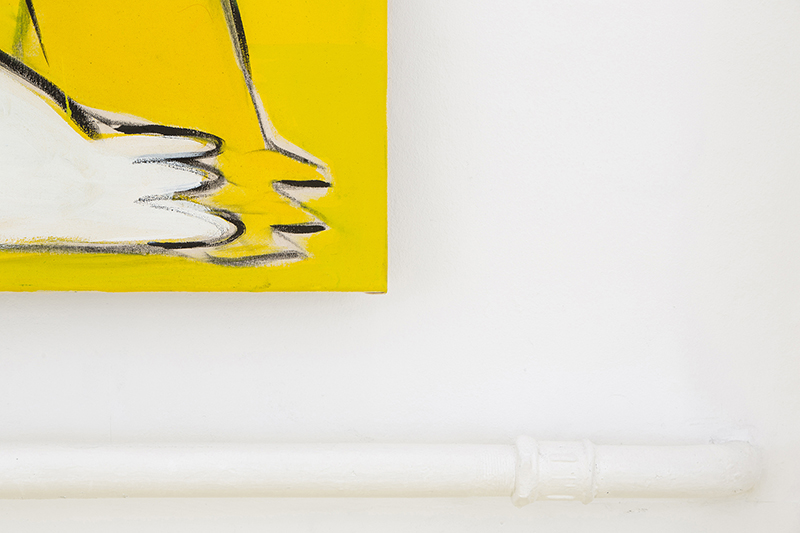 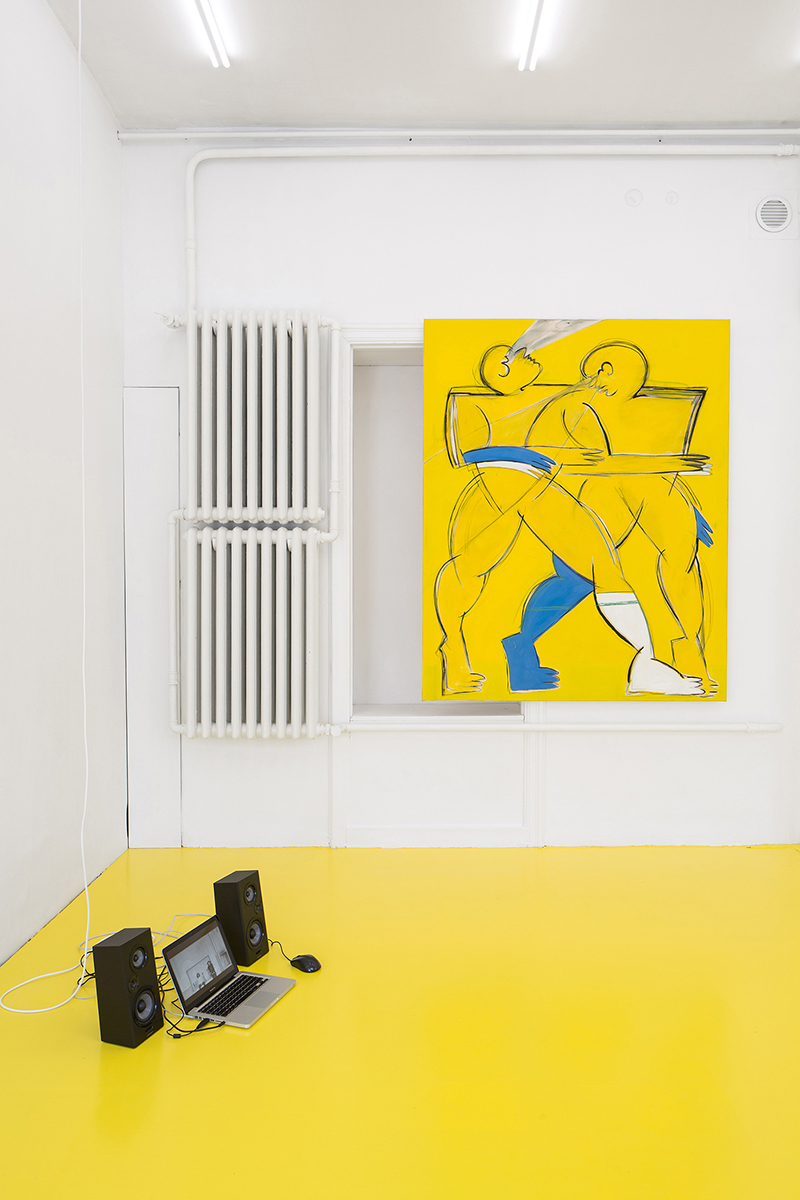 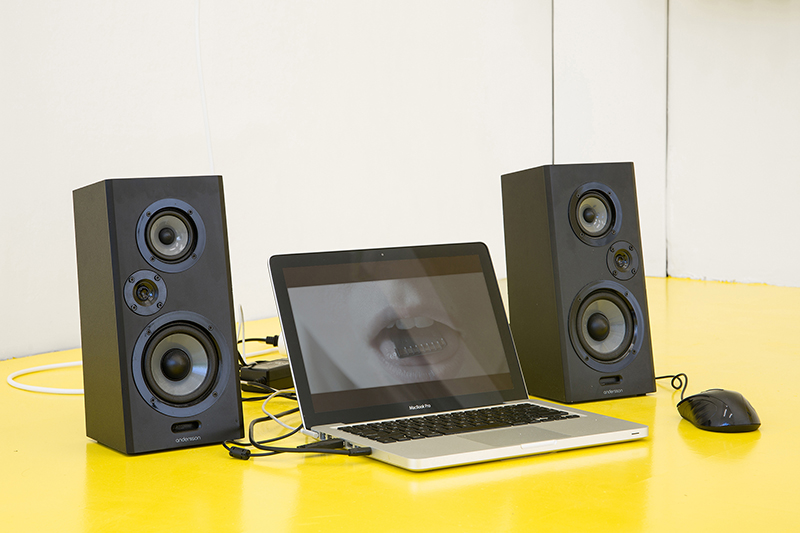 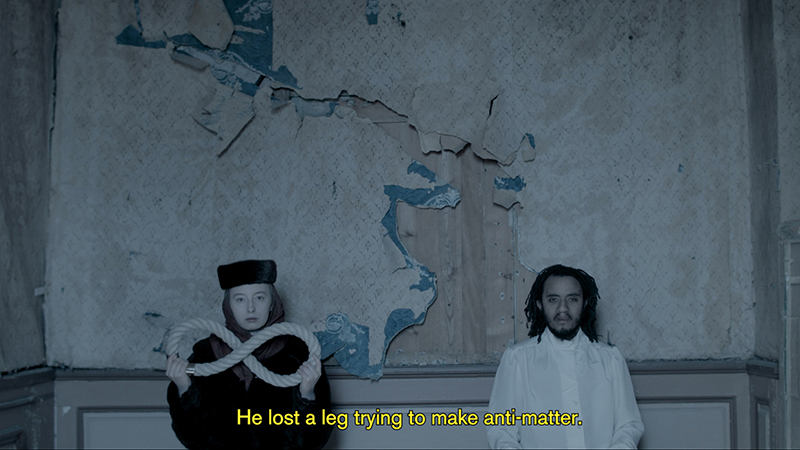 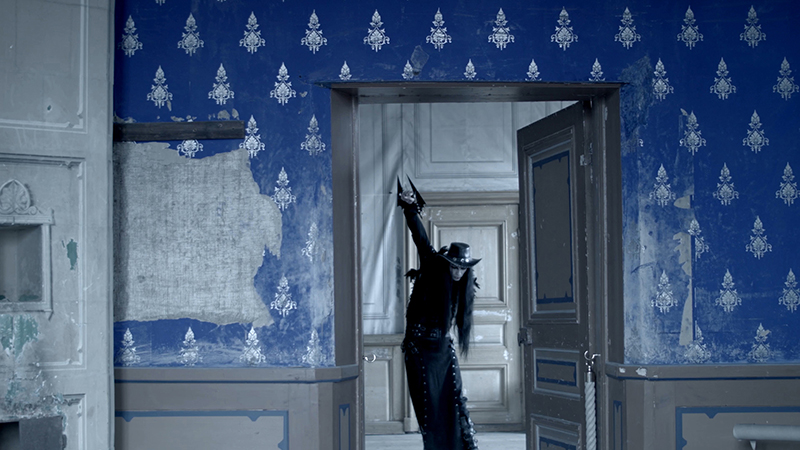 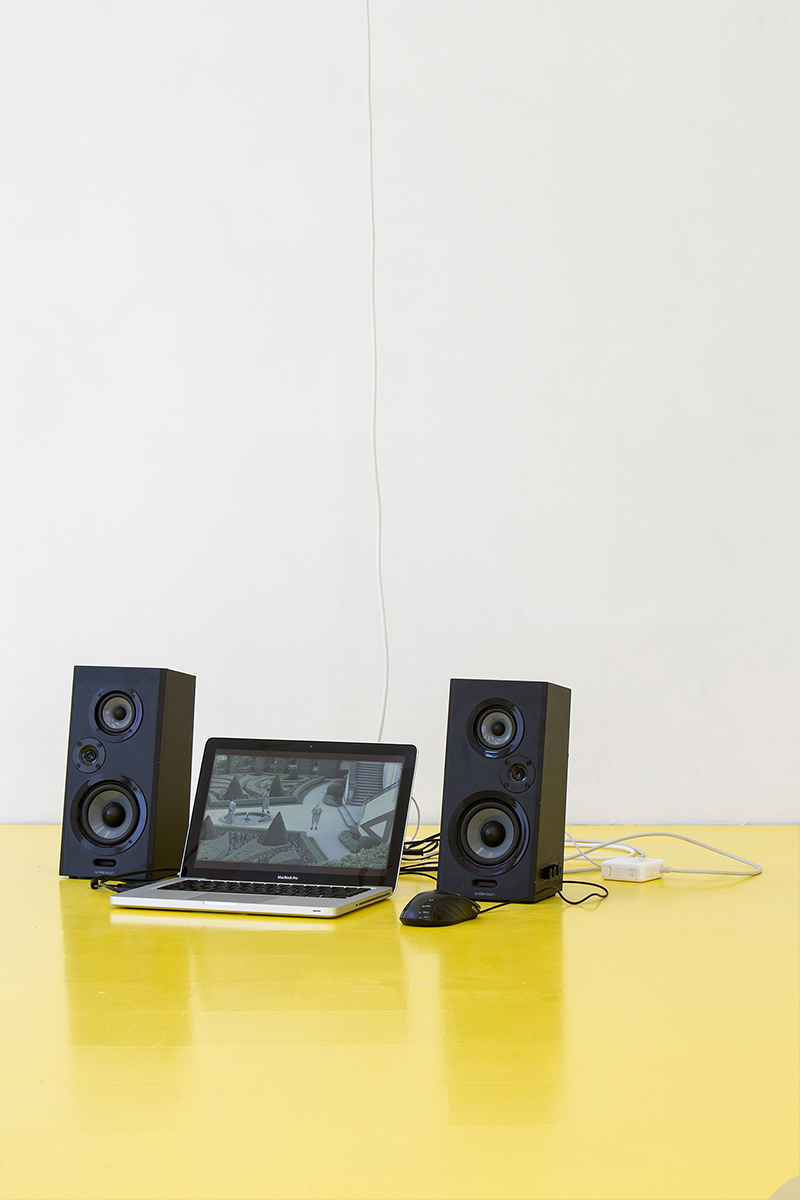 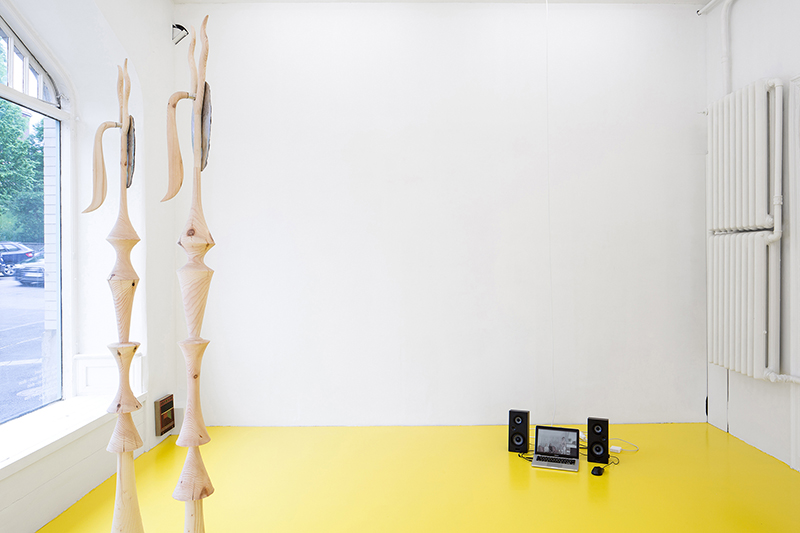 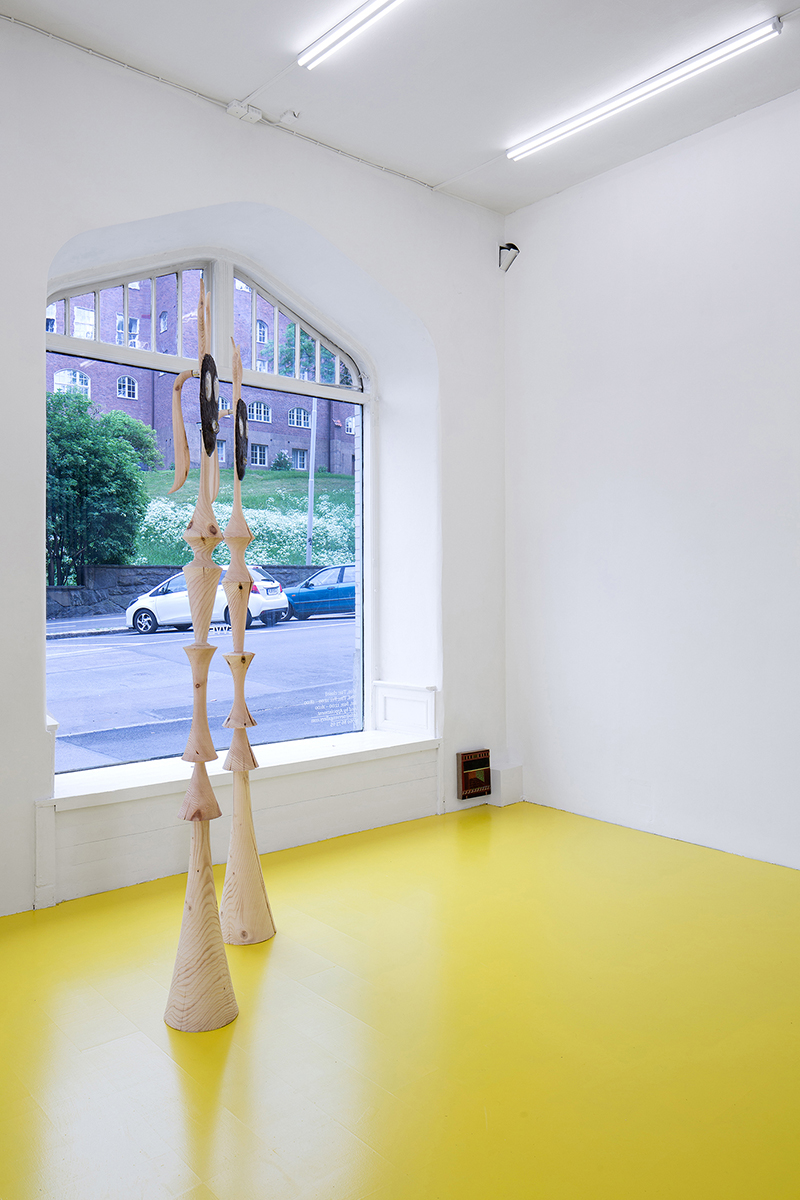 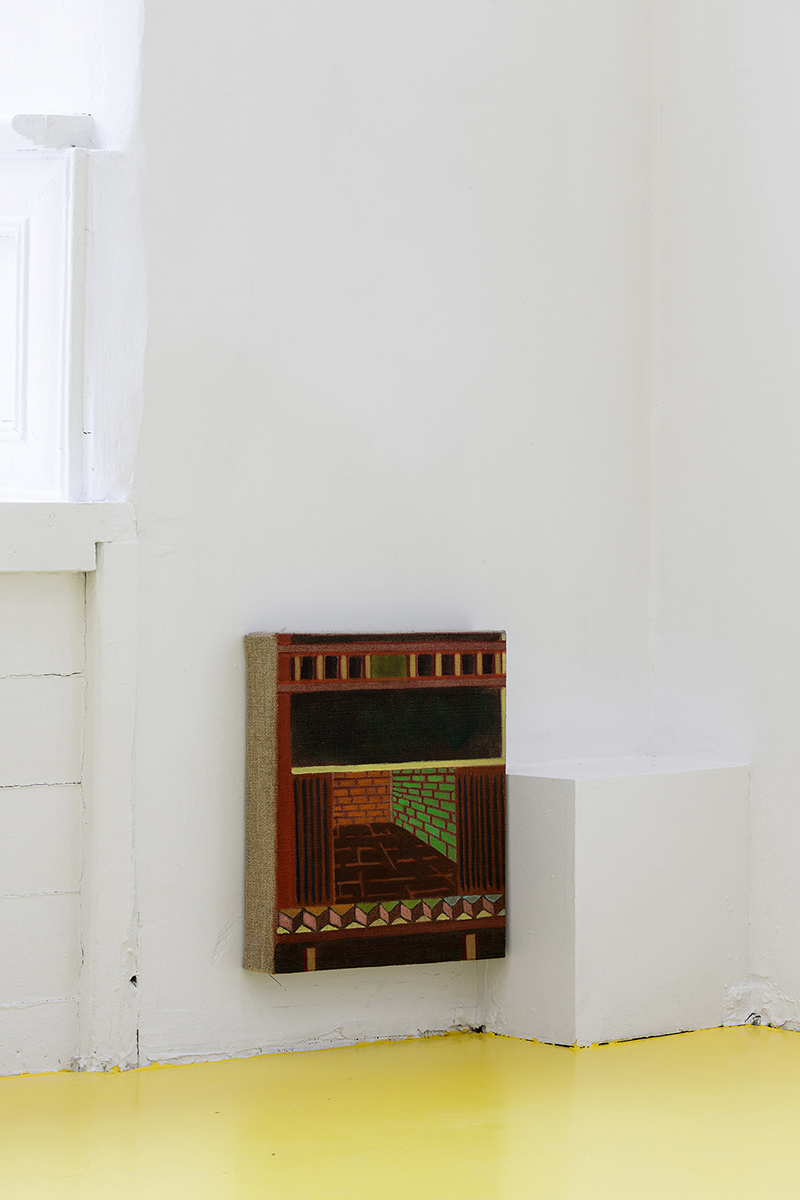 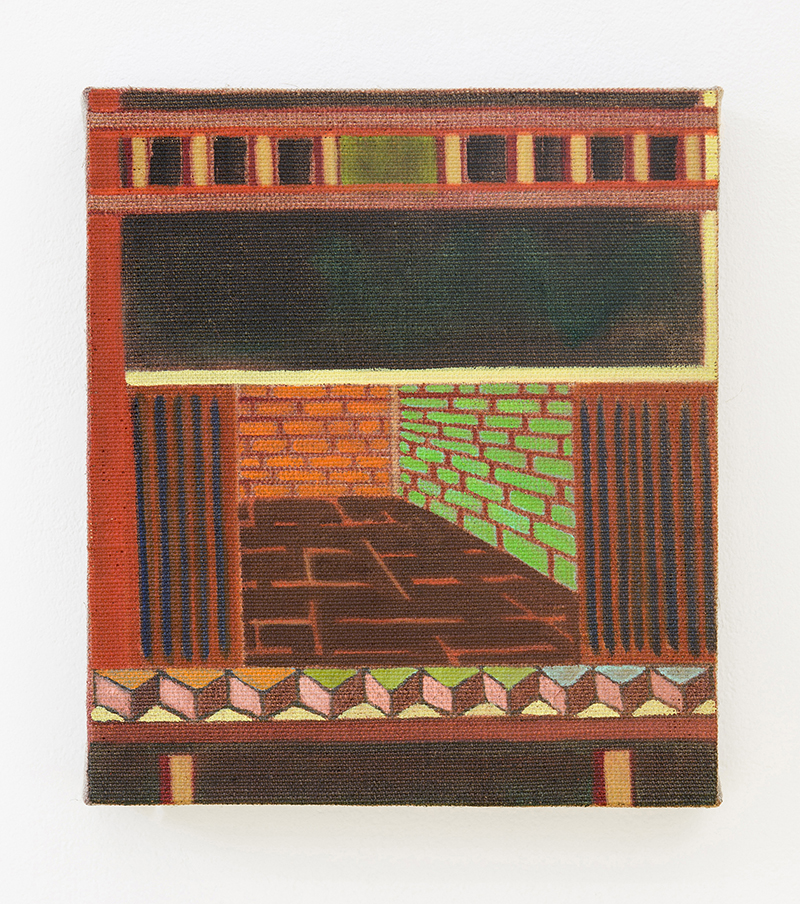 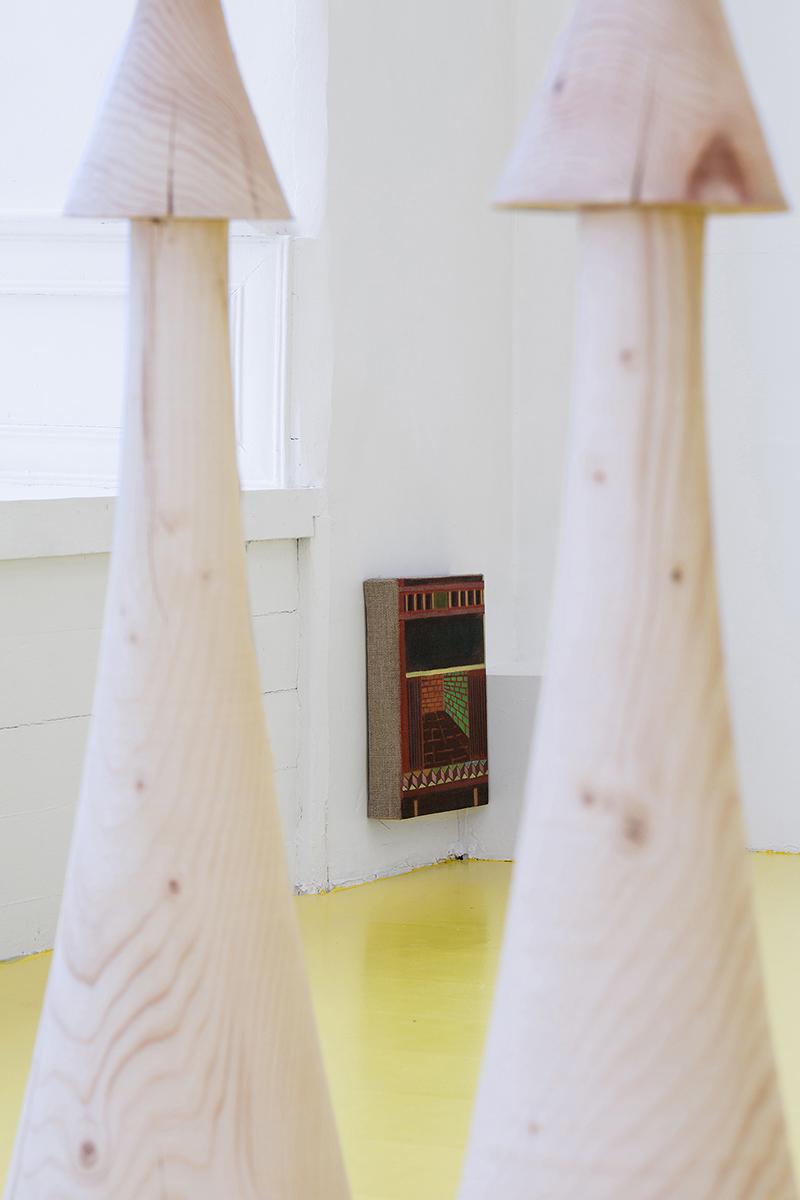 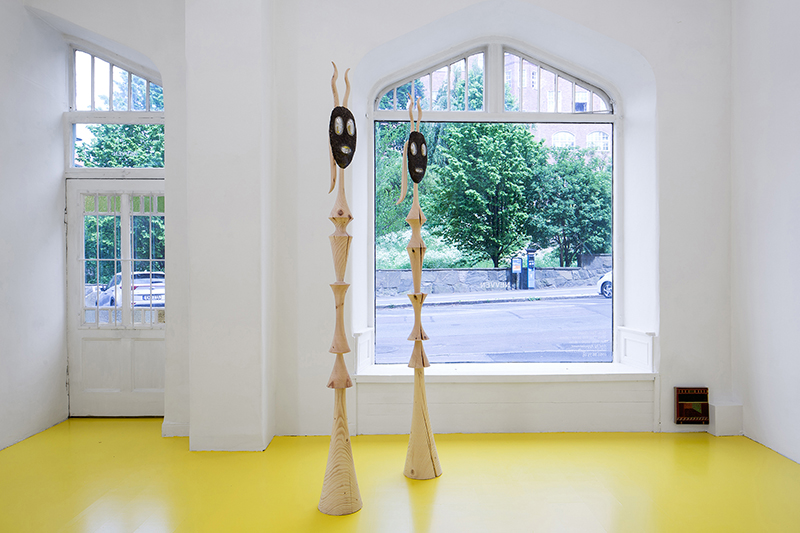 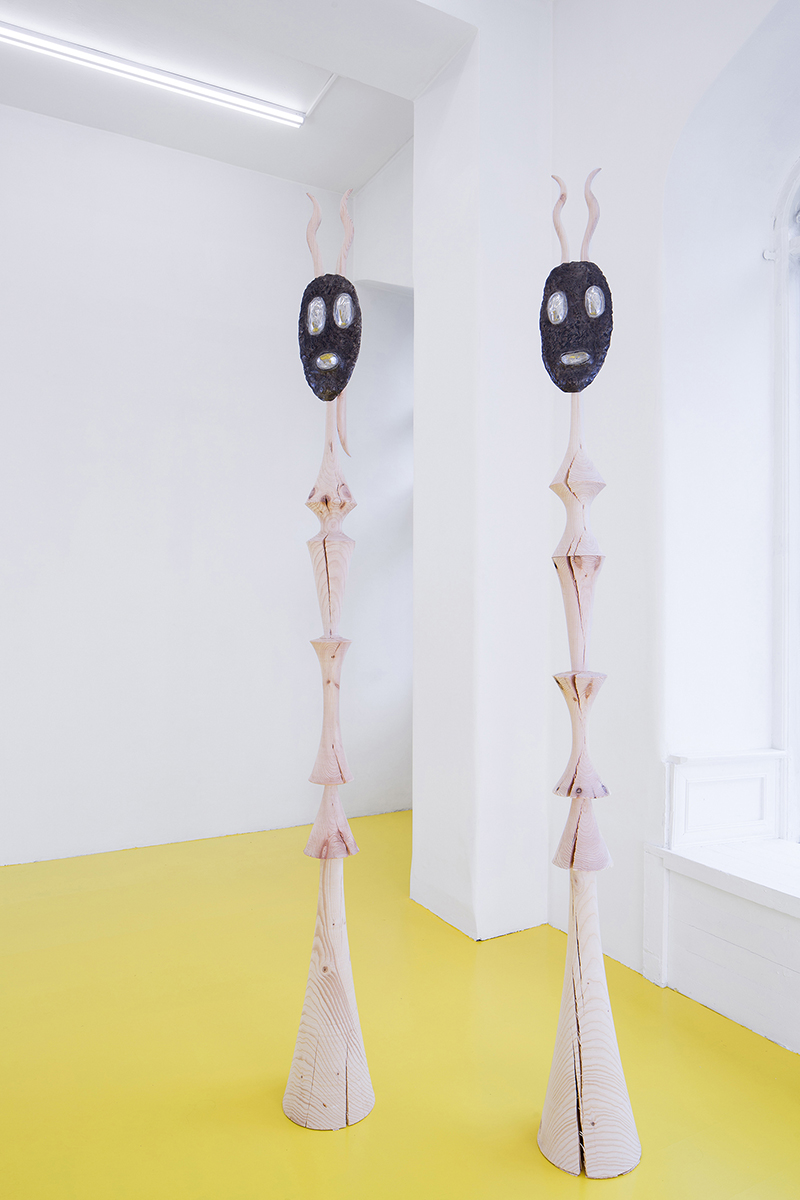 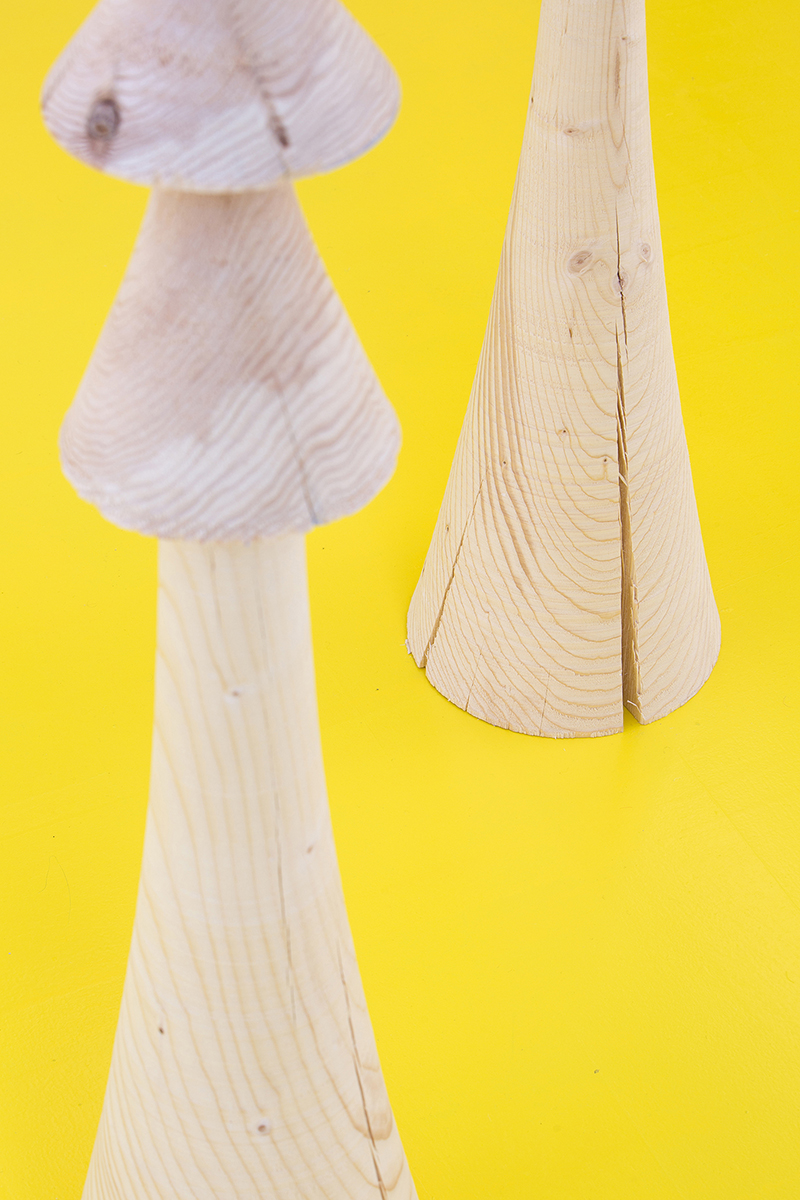 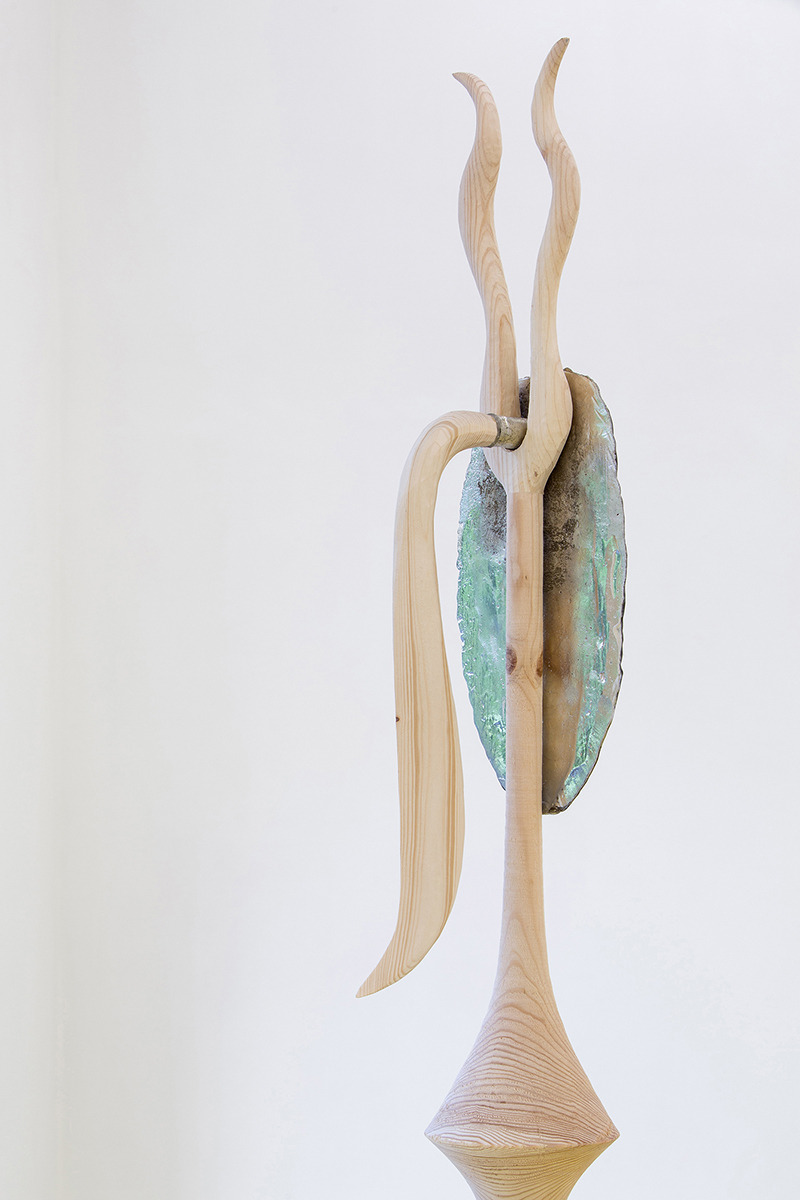 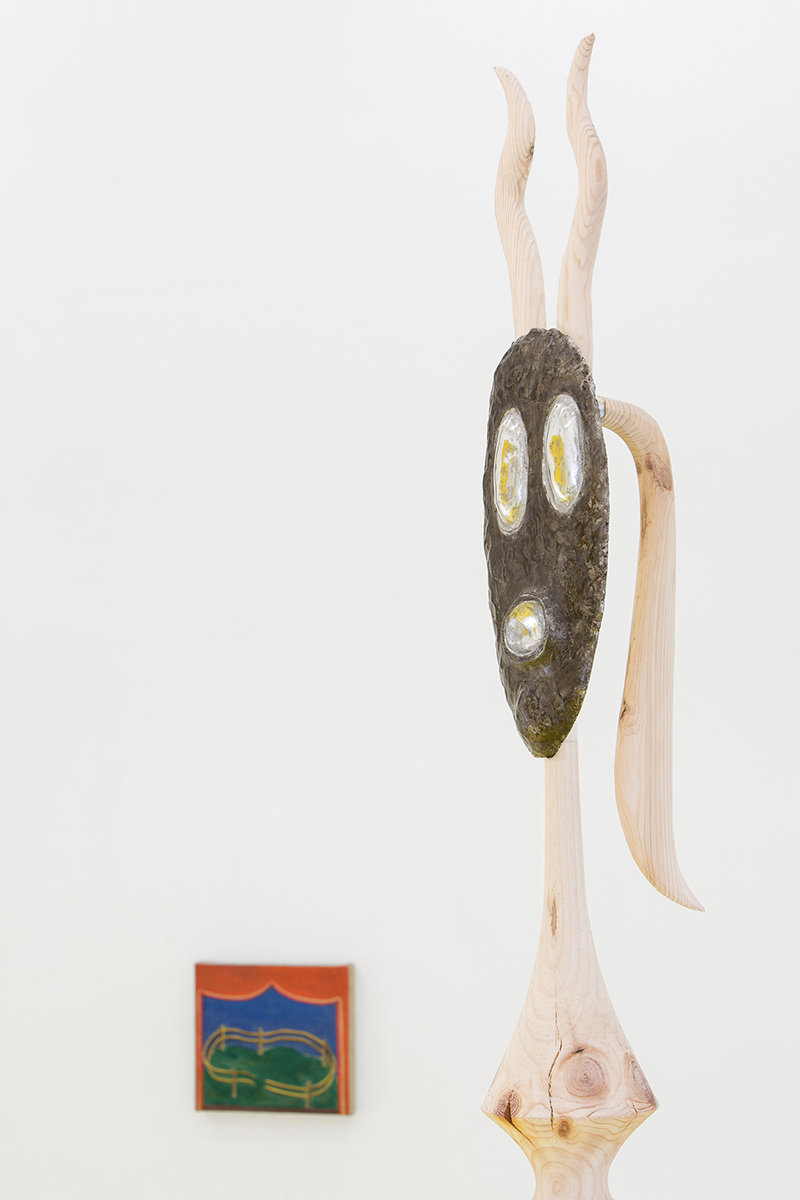 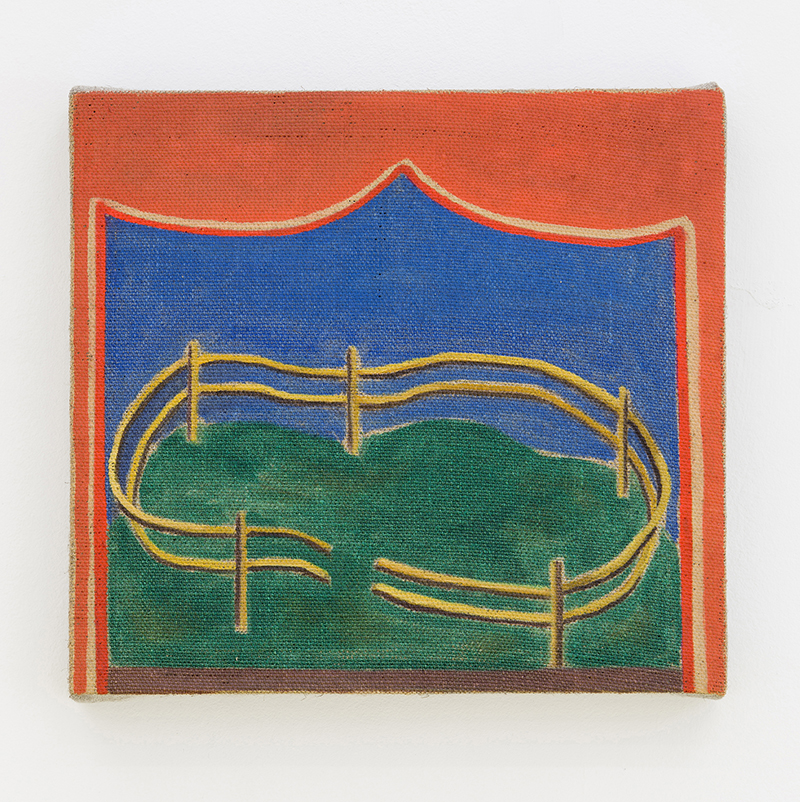 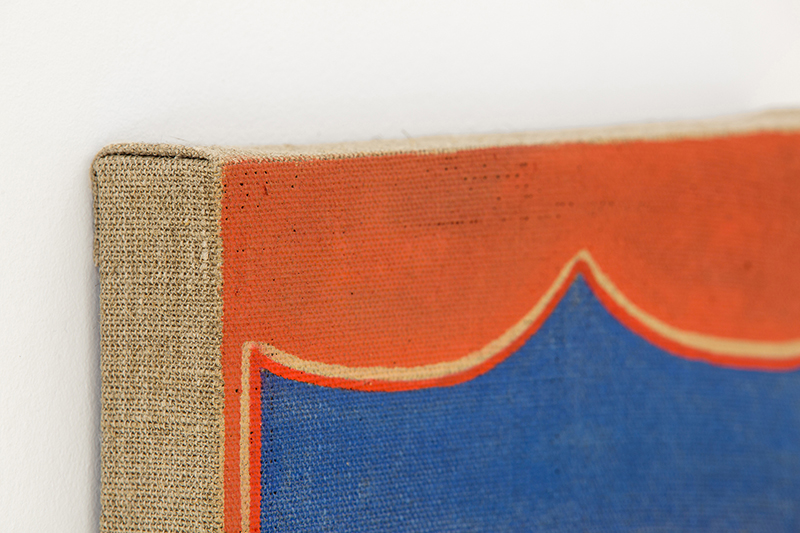 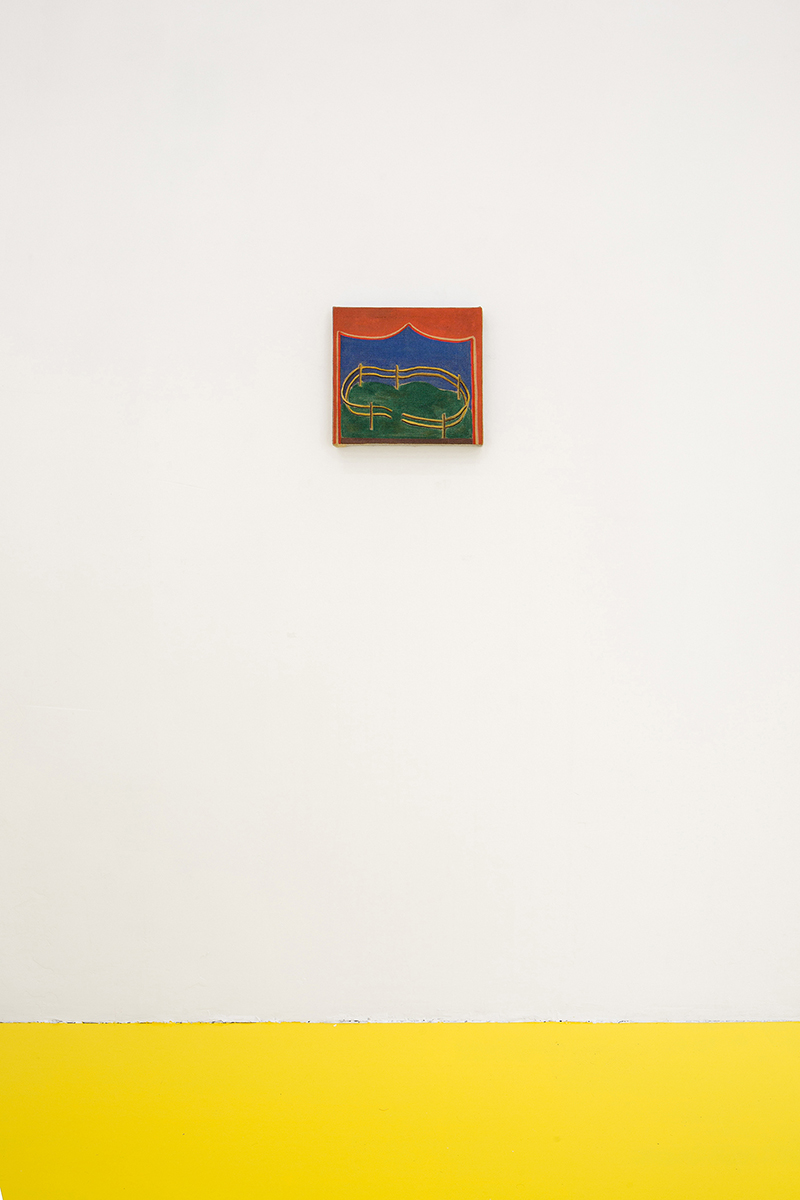 Our own possessions — though our own —
‘Tis well to hoard anew —
Remembering the Dimensions
Of Possibility.
Emily Dickinson (J1208)

NEVVEN is proud to present Dimensions / Of Possibility, a group show featuring new paintings by Anastasia Bay and Lisa Lundgren meeting an interactive video by Matthew Lessner and a monumental sculpture by Emelie Sandström. The show is presented as a full room installation in which diverse classical artistic techniques are juxtaposed to a video run by a prototype generative algorithm and stirring different proportions are brought together in a choral yet clashing experience.

On the large canvas by Anastasia Bay featured in the show, we are confronted with two towering figures emerging from a flat field of colour. The absence of a clear setting for this scene —which is a typical aspect of the French artist’s practice— reminds us of Minoan frescos and Egyptian ceremonial images. Are these characters —which often appear in couples and deliberately bear no recognisable physical traits— doubles, twins or two parts of the same identity? Is one of them meant to prevail or will there always be two? The sketched line that delineates their forms suggests and embrace a nature in formation, which retains possibility into its own essence. Matthew Lessner presents us with a video installation focusing on a portion of his ongoing 7 year project In Anticipation of the Unexpected (2015 – ). A program has been designed to dynamically assemble hours of filming material ad infinitum by combining user input with elements of early phase Artificial Intelligence (AI). The footage part of this iteration of the project was filmed between 2017 and 2018 in Stockholm and Prague and a generative algorithm —which is currently still under development— presents it in a user controlled experience in which no viewing can be the same. As we look we wonder, have these eerie and creeping variations the same reality value of actual experiences? Musil writes in The Man Without Qualities: «A possible experience or truth is not the same as an actual experience or truth minus its ’reality value’ but has […] a readiness to build and a conscious utopianism that does not shrink from reality but sees it as a project […]». Possibility, in Lessner’s installation, is the fluid foundation for reality to be built upon. Oppositely, Lisa Lundgren’s small canvases bear a stillness that reminds the one of metaphysical paintings, as Apollinaire defined the deserted squares and steeping arcades drenched in unreal light and disquieting stillness painted by Italian artist Giorgio de Chirico. Also in Lundgren’s paintings we find uninhabited landscapes that escape time and geographical placement. The recurring presence of theatre curtains painted as a second frame inside the painted surface, enhance the sense of displacement that her works suggest. These small canvases open up as stages, in a momentary abandonment as in absence of actors, but still bearing the full tension of something that has happened, will happen or can happen. A sculpture by Swedish artist Emelie Sandström overlooks the whole exhibition. It represents a pair of absurdly tall creatures, with bodies made of over two meters lathed wood pillars and a bronze face as head, with horns and a wooden pony-tail. The sculpture has a mystical and goddess-like presence. Are they guardians or queens of this realm we are exploring? The lathing process employed to carve the wood is based on the rotation of a tree trunk around an axis, to create a symmetrical object. Maybe it is the reassurance of symmetry against the chaos that draws us to this sculpture, as we ask her to keep us centred while we embrace the beauty and the scare of the infinite possibilities lying ahead.

The exhibition conceptually found its onset from the paradoxical idea of possibility as a multi-dimensional notion, to which Dickinson in one of her typically cryptical poems refers to. Albeit the diverse and contrasting interpretations that critics give to this passage— if we read this possibility as the potential for infinite realities to manifest, we are immediately confronted with one of the elemental concepts of art and life: the monstrously unlimited possibilities in translating the immaterial into reality, the dimensionless into surface. In another poem (J 697) Dickinson writes: «I dwell in Possibility—» as to suggest its role, as in the availability of infinite choices and variations, in making vision into existence. In Dimensions / Of Possibility, four visions emerge and all of them bear a measurable amount of reality within.