Photography : courtesy of the artist 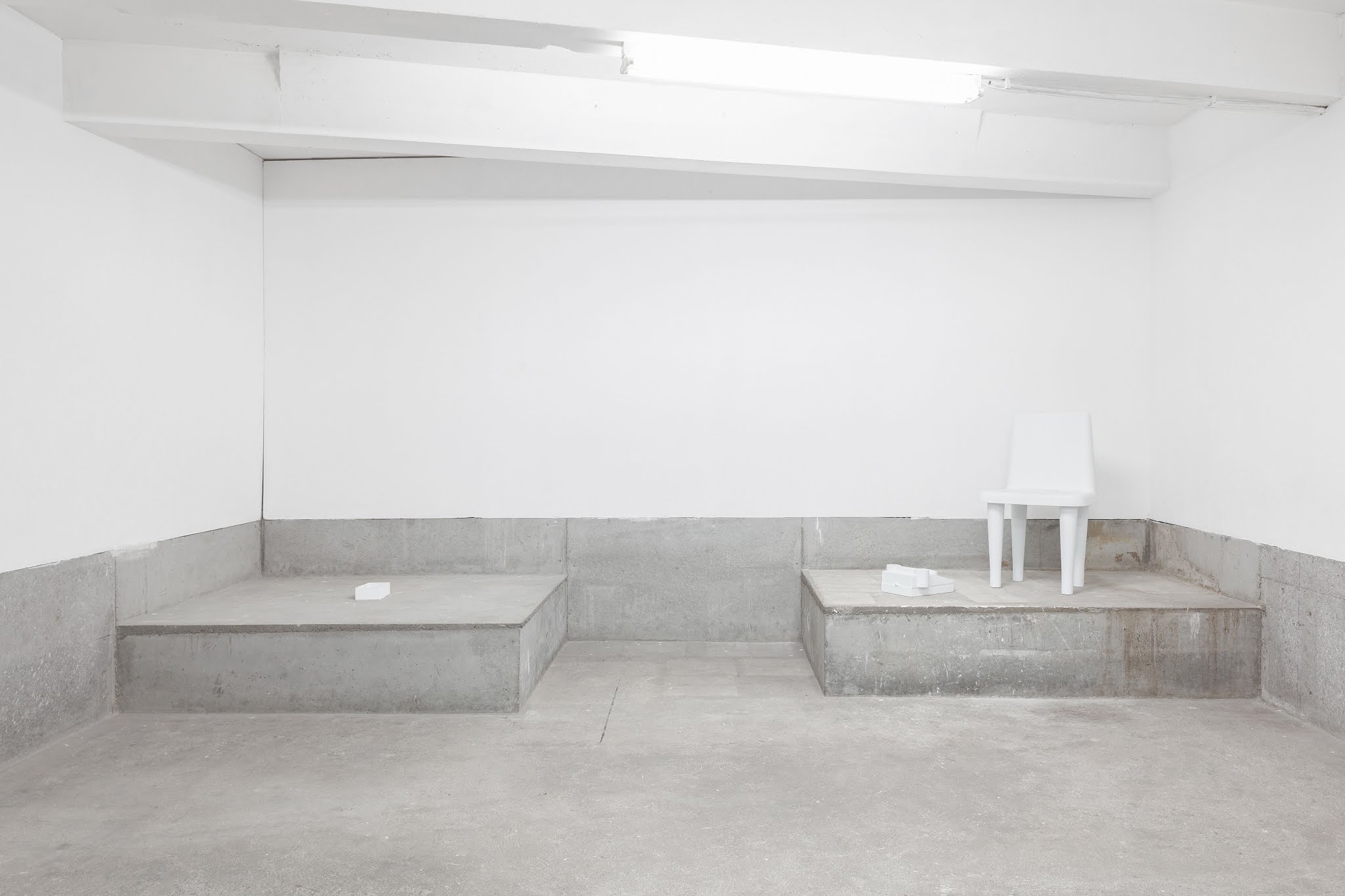 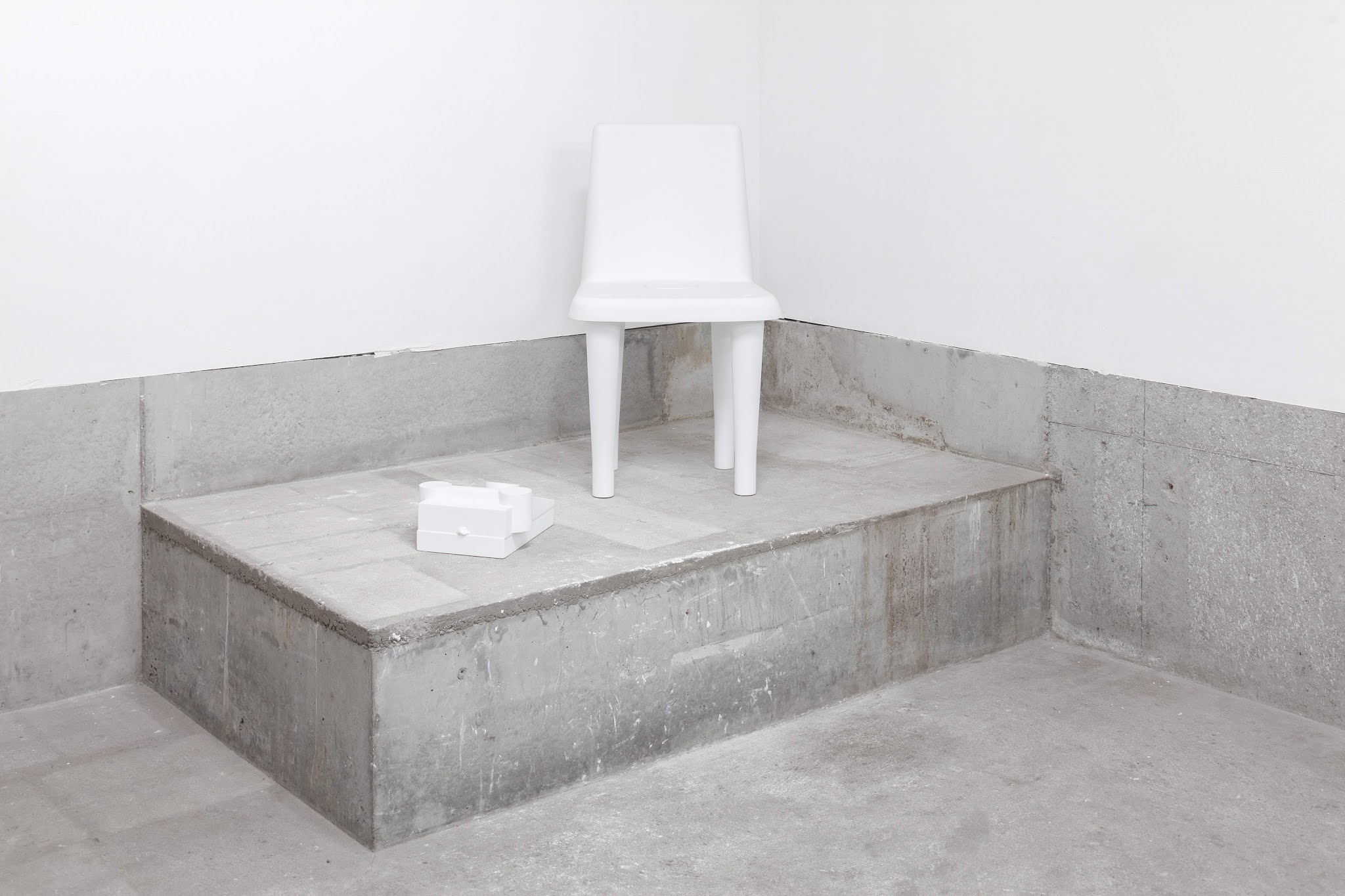 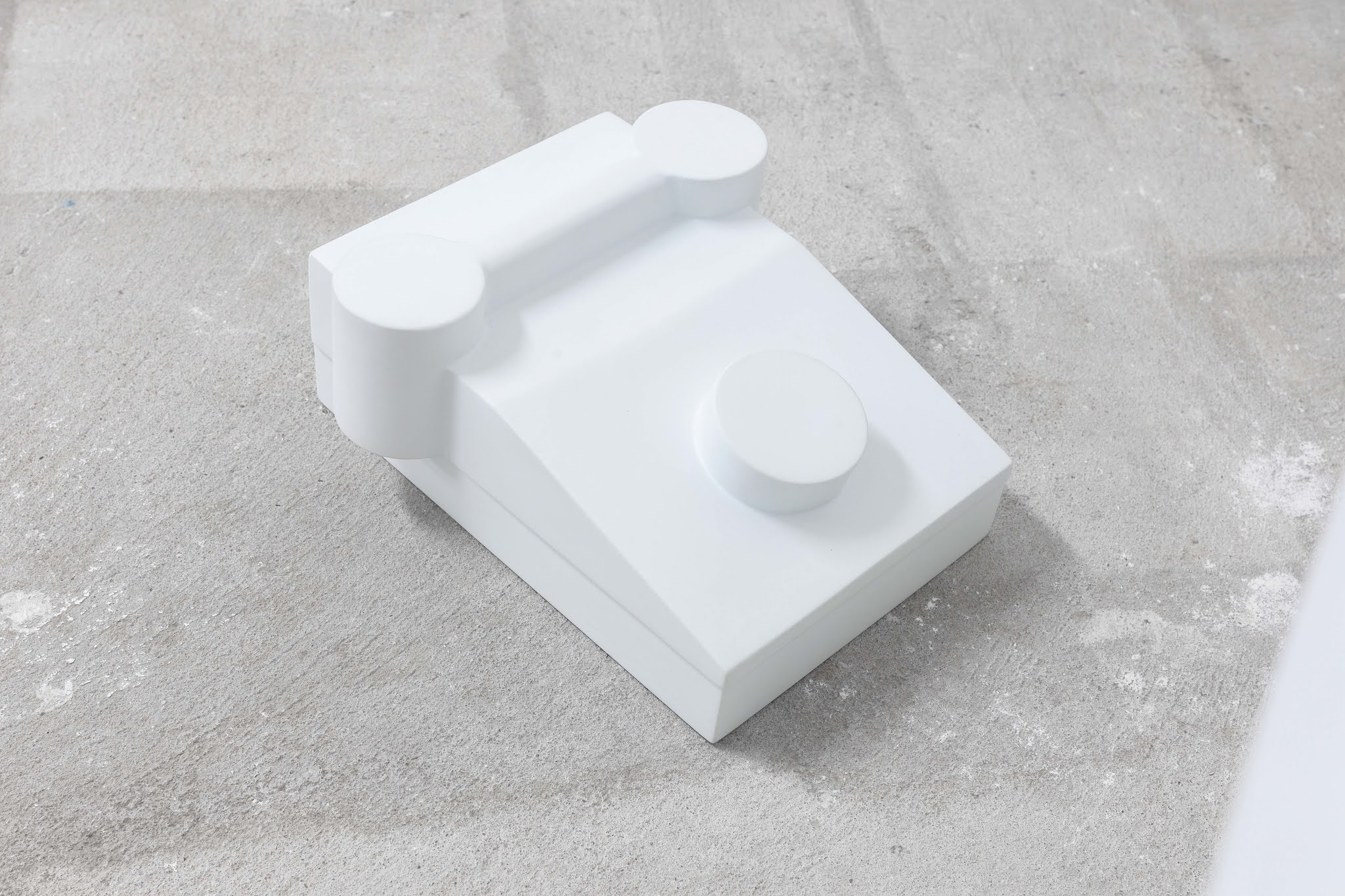 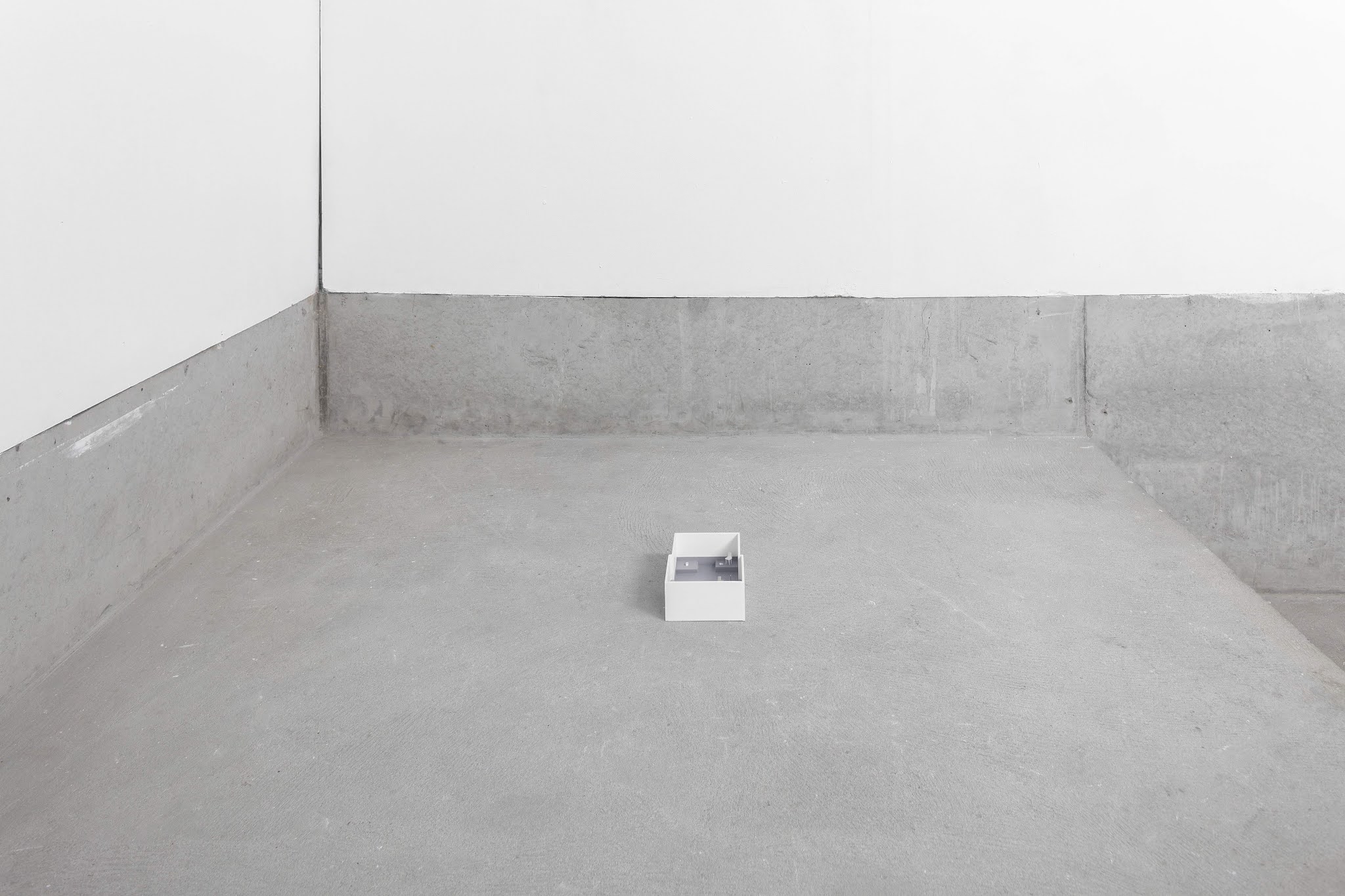 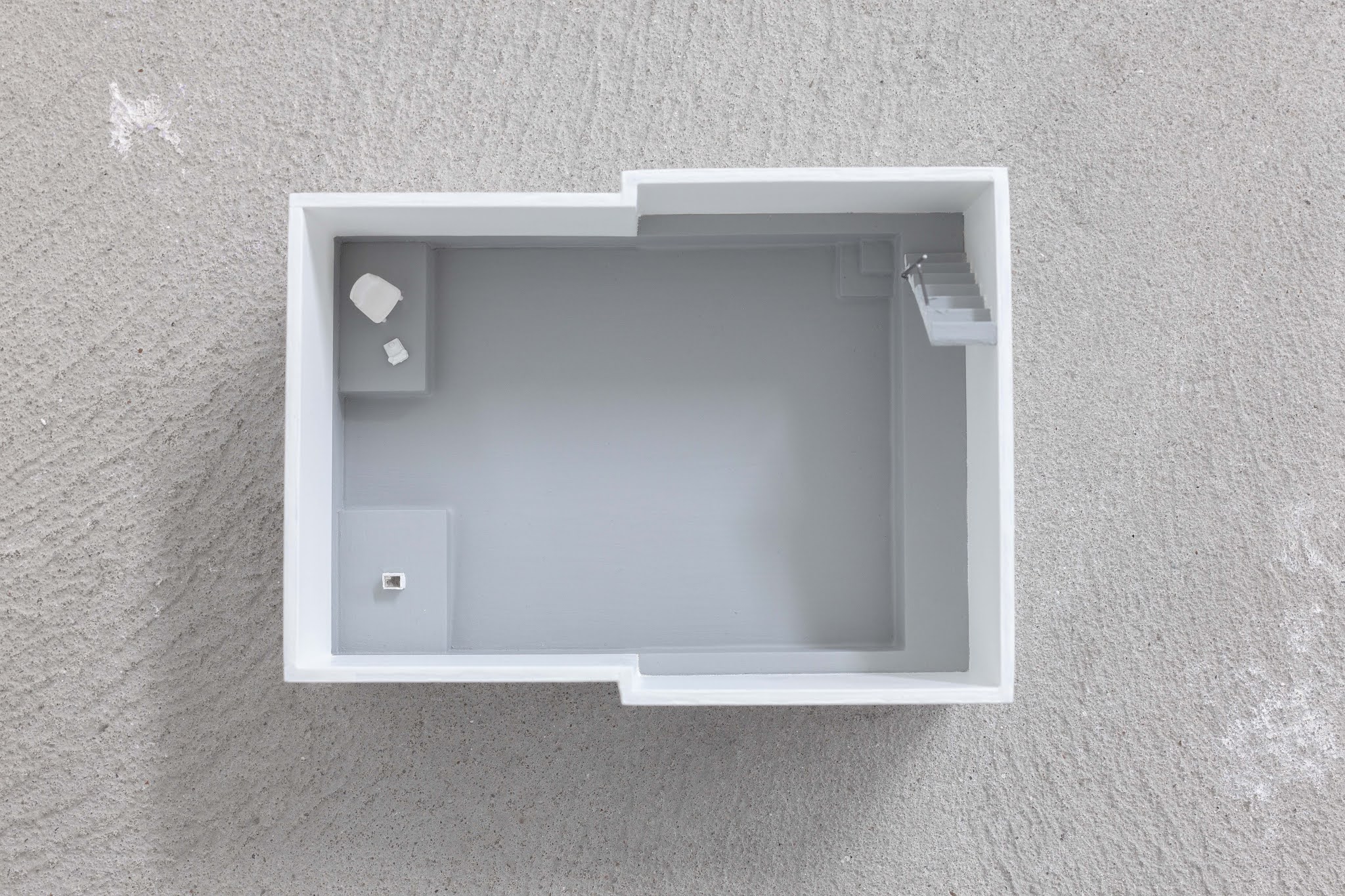 “For each object, as for each picture in an art gallery, there is an optimum distance from which it requires to be seen, a direction viewed from which it vouchsafes most of itself: at a shorter or greater distance we have merely a perception blurred through excess or deficiency.” 1

Annaïk Lou Pitteloud’s practice is characterized by sober interventions through which she questions and thwarts the systems of representation and the norms that determine the social uses of spaces. While paying particular attention to institutional frameworks, her work often probes the gaps between language and object, between the perceptual phenomenon and mental projection. Elements drawn from established systems of measurement, relationships of proportions and other formats are subjected to transpositional procedures that give rise to meaning-making inadequacies and narrative reverberations.

For her first personal exhibition in Brussels, Annaïk Lou Pitteloud presents Long Distance, a site-specific exhibition which brings into play the notions of time and space, playing on physical scales, as much as inscribing itself to the implicit reference and questioning the legacy of an artistic figure. Based on the status and particular physicality of The Pool, it reflects on the value and the relationship that binds the artist to his production, while wondering what remains of this intimacy beyond the public transfer of the work - if such fidelity ever existed. Initially scheduled for the end of April to mid-May to coincide with the Art Brussels fair, the exhibition was postponed during the summer, in accordance with health measures. Without modifying the contents, this project has in the meantime seen its meaning influenced by the context we are living in and which reaffirms its purpose. With a large part of social life being put under the bell, communication tools become the relay for human relations that are subjugated to isolation and distance, whereas in art, they provide platforms for relocation, reducing it to issues of visibility and distribution, leaving more than ever the power relations linked to artistic work and production in the shadow.

Long Distance takes as a starting point a sculpture entitled Call-Artist (Model for an Arm Extension) created in 2015, consisting of a chair and a telephone, the design of which is based on an architectural model originally produced at 1:50. Transposed to life-size, the chair and telephone become a utilitarian simulacrum seemingly straight out of a pop painting or a cartoon. The title of this ensemble refers to a joke by Ad Reinhardt (cf. invitation card) which makes a mockery of the stages of an artist's career, in particular by addressing the state of availability that seem to be inherent to this profession.

The work is re-articulated in an installation that is combined with a second piece, Model for an Extension (Artist on Hold), a 1:50 scale model of the space that puts the exhibition ‘en abyme’. The ambiguity this time lies in the status of this model, a working object that has become a portable exhibition, and in the space represented, an alternative place devoted to a temporary function, frozen in this miniature that already seems to provide a material memory of it. As the cross-referenced titles between the two works indicate, a narrative game is established through the elements and their temporality in a back-and-forth movement between model, reference model and transposition to real size. Long Distance thus intends to model the irony of a condition, that of the artist faced with the notion of success and its waiting time, and to take an oblique look at the network of dependencies that determine its access and durability. The installation delimits a scene within the scene, a scene that is vacant and yet open to an action in progress; on a suspended duration between different proportionally connected spaces. The spectators occupy a position in balance, at the same time participating subjects and objects absent from their observation. And while the spatial embedding follows the trajectory of the meaning that reshapes it, the relationship of the body to space joins the thought of time, its plural entries, and the crossings and reboundings between forms, but also the revealing detours that occur almost by surprise, as if under the effect of après-coup.

2  See the work of Annaïk Lou Pitteloud Transposition (2012-2019) placed in the public space of Ixelles, on one of the concrete benches  of the rue de la Tulipe, at n°33.