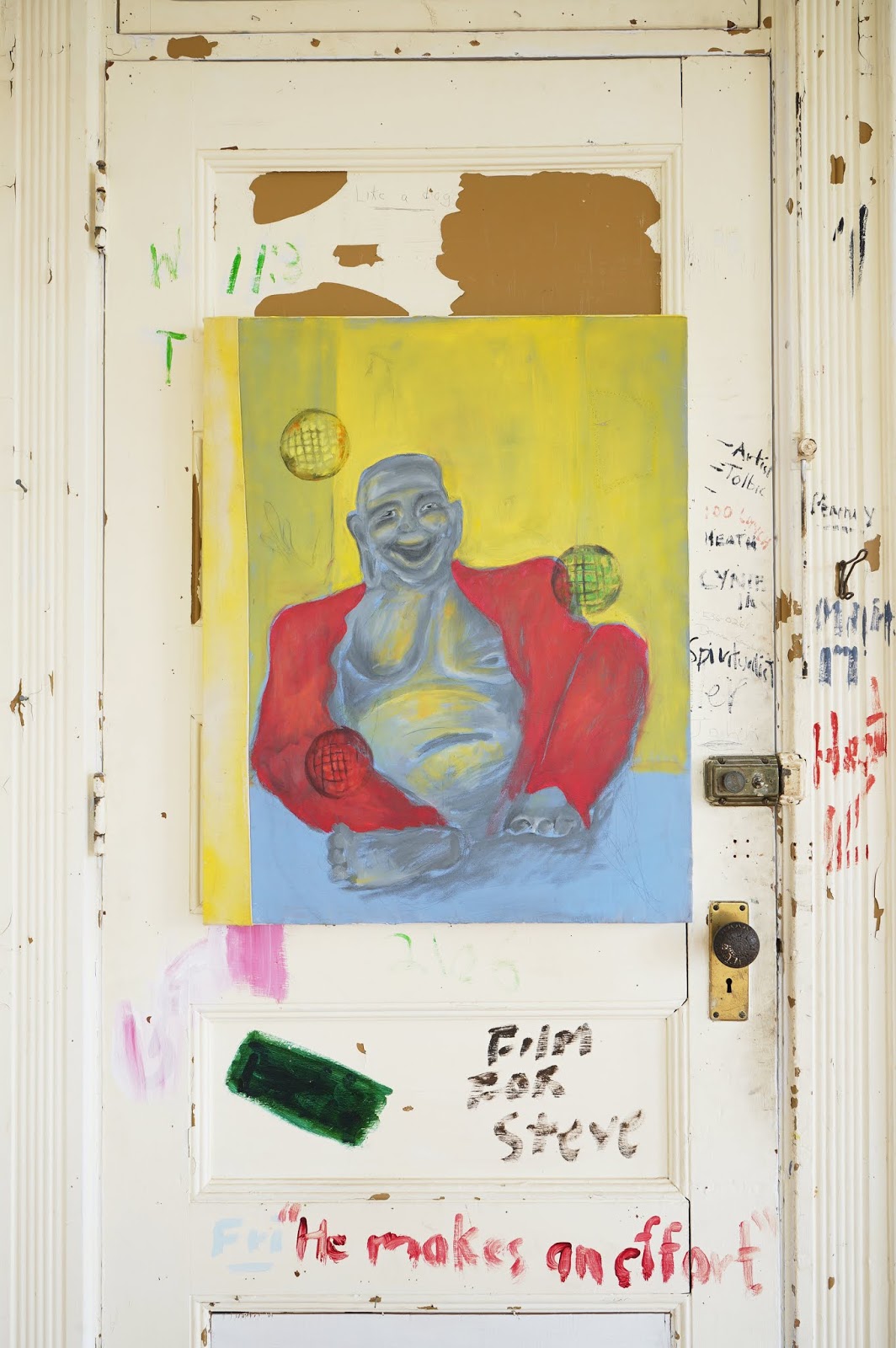 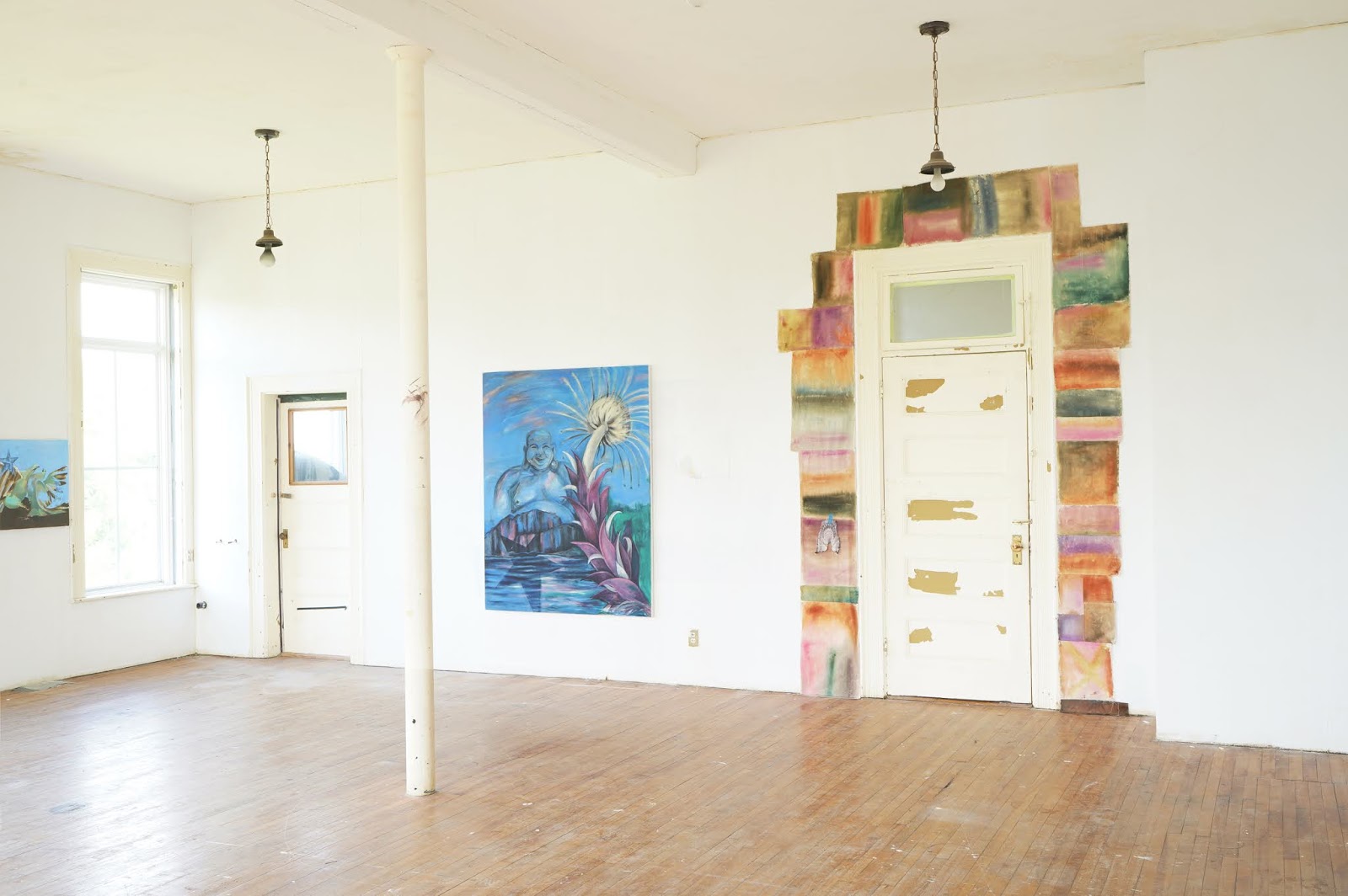 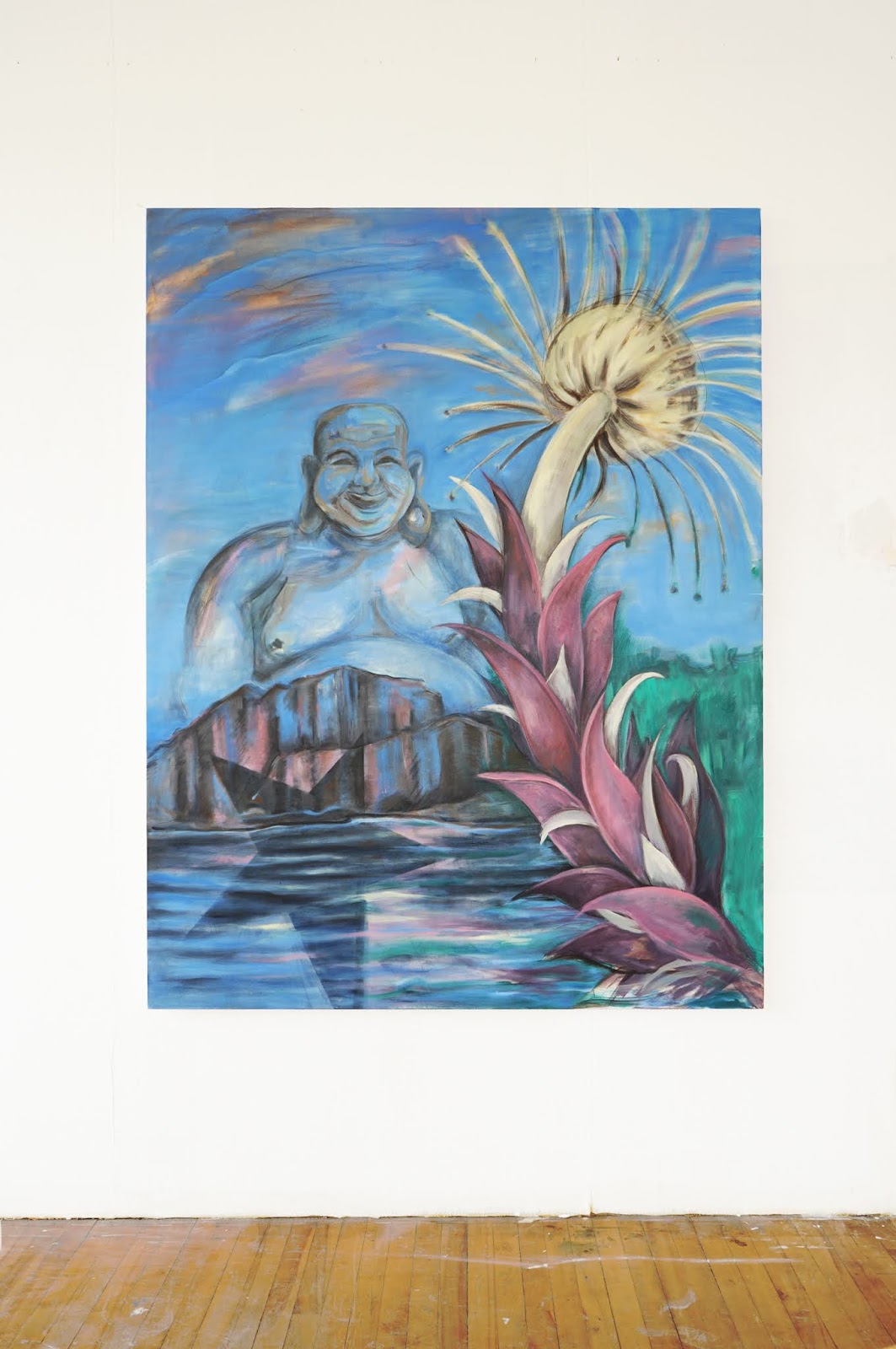 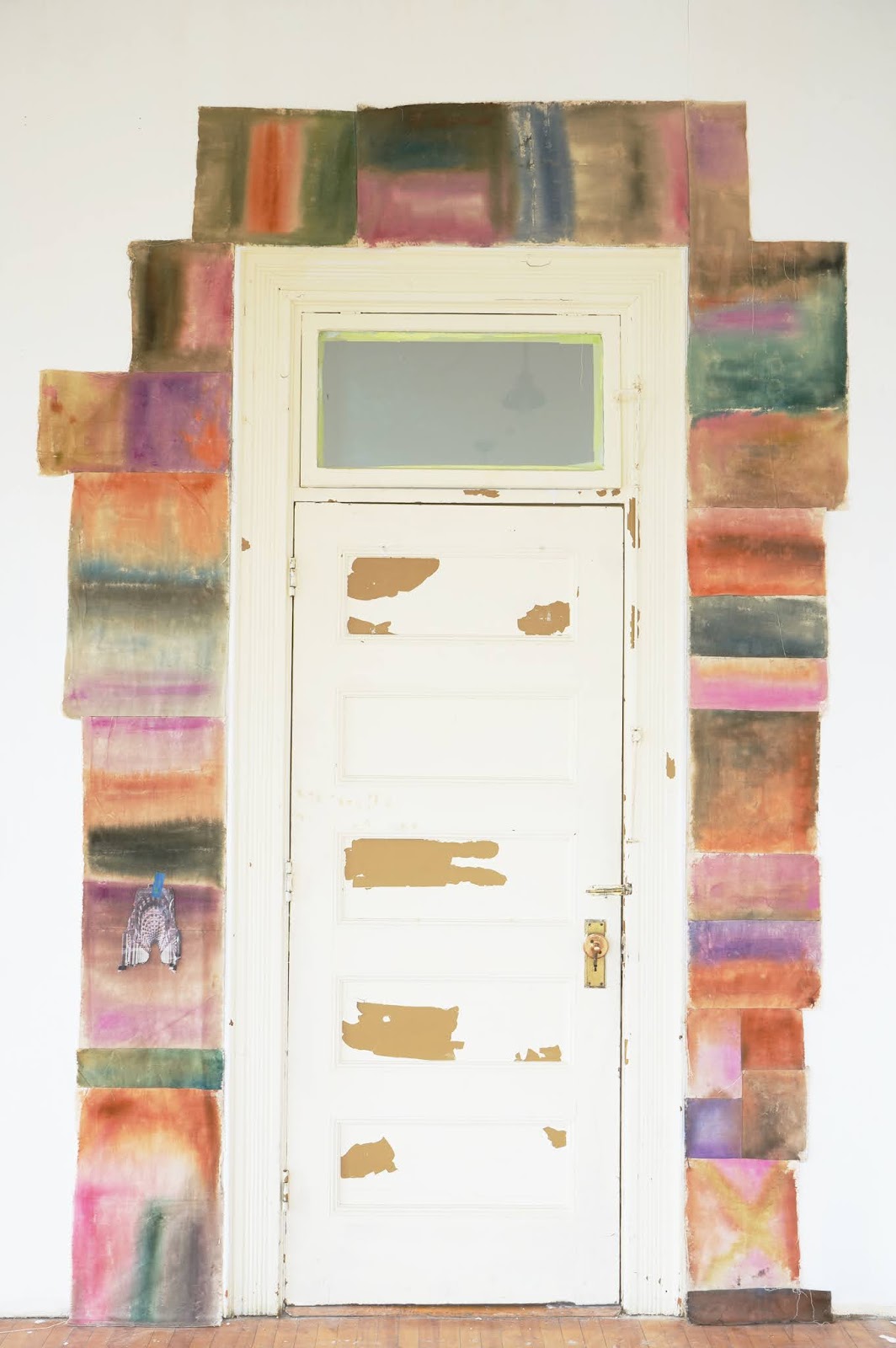 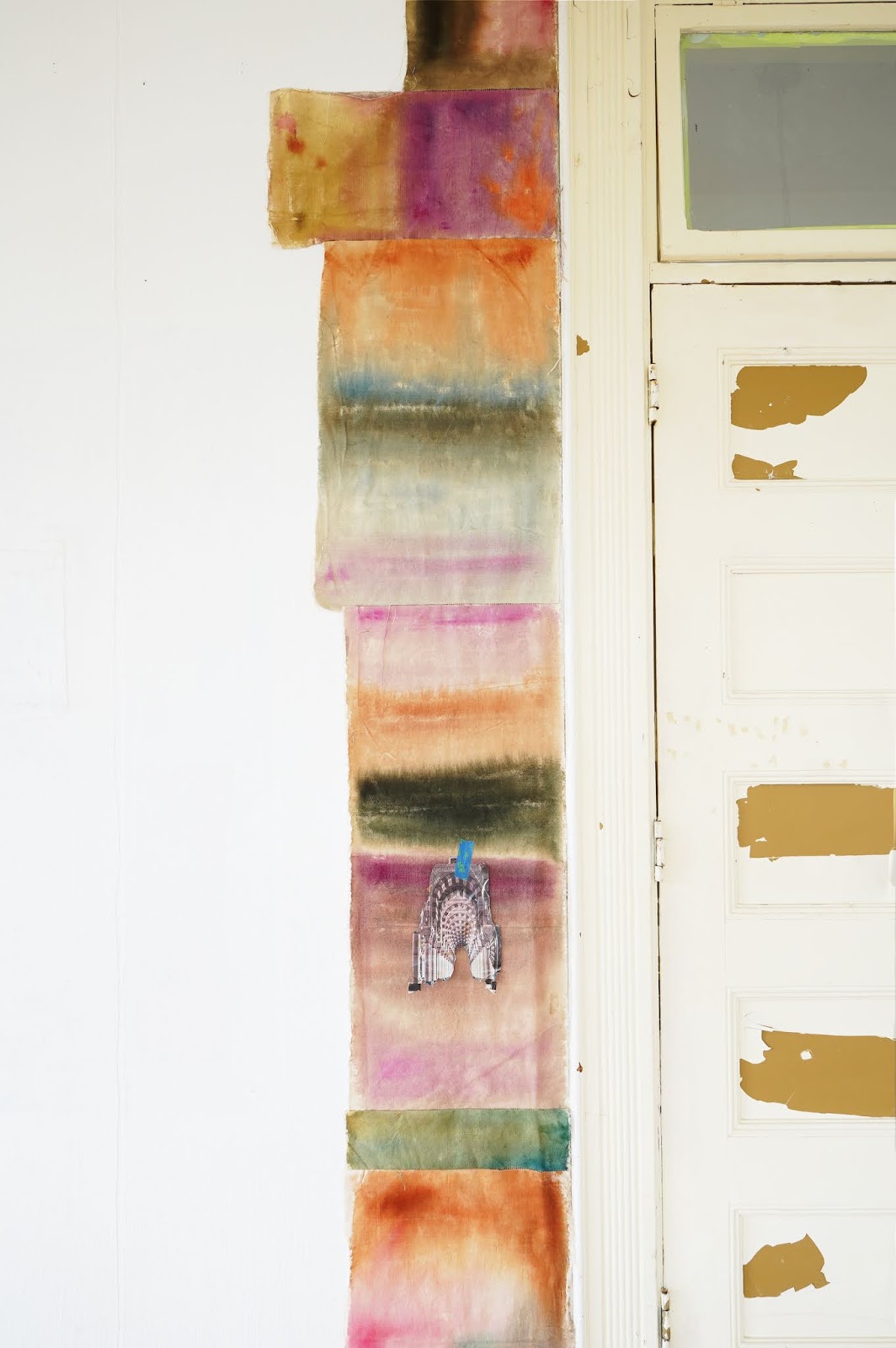 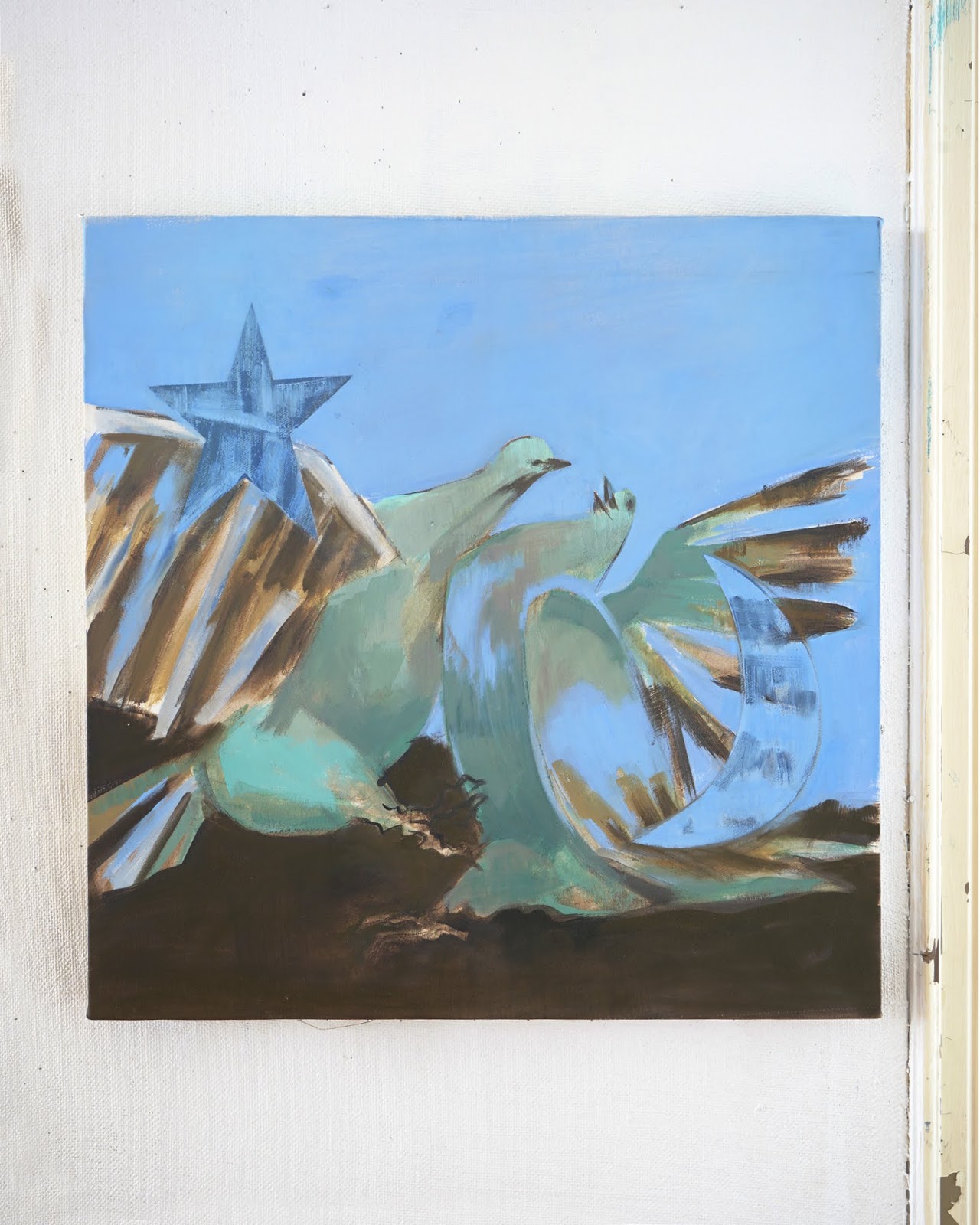 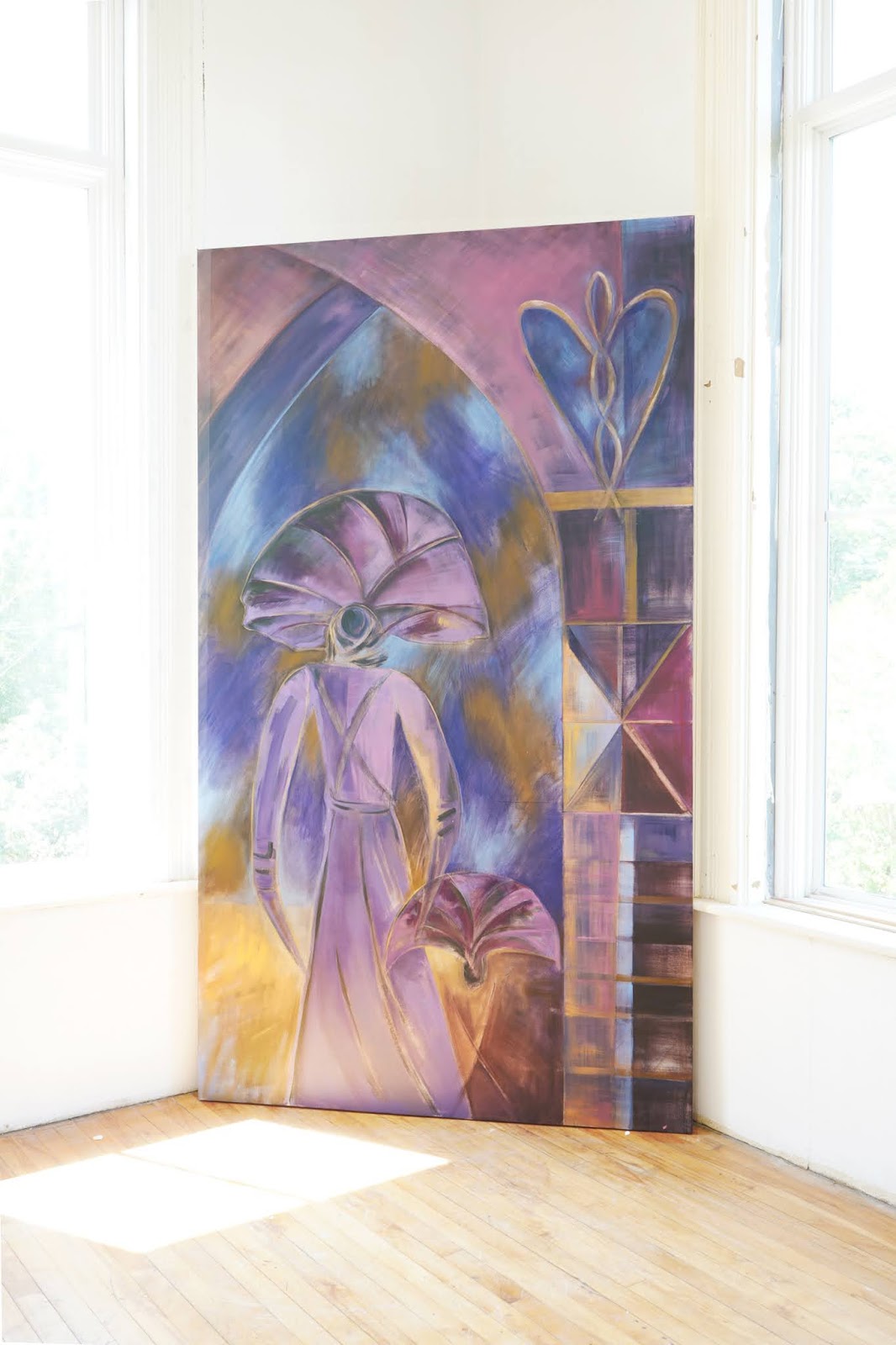 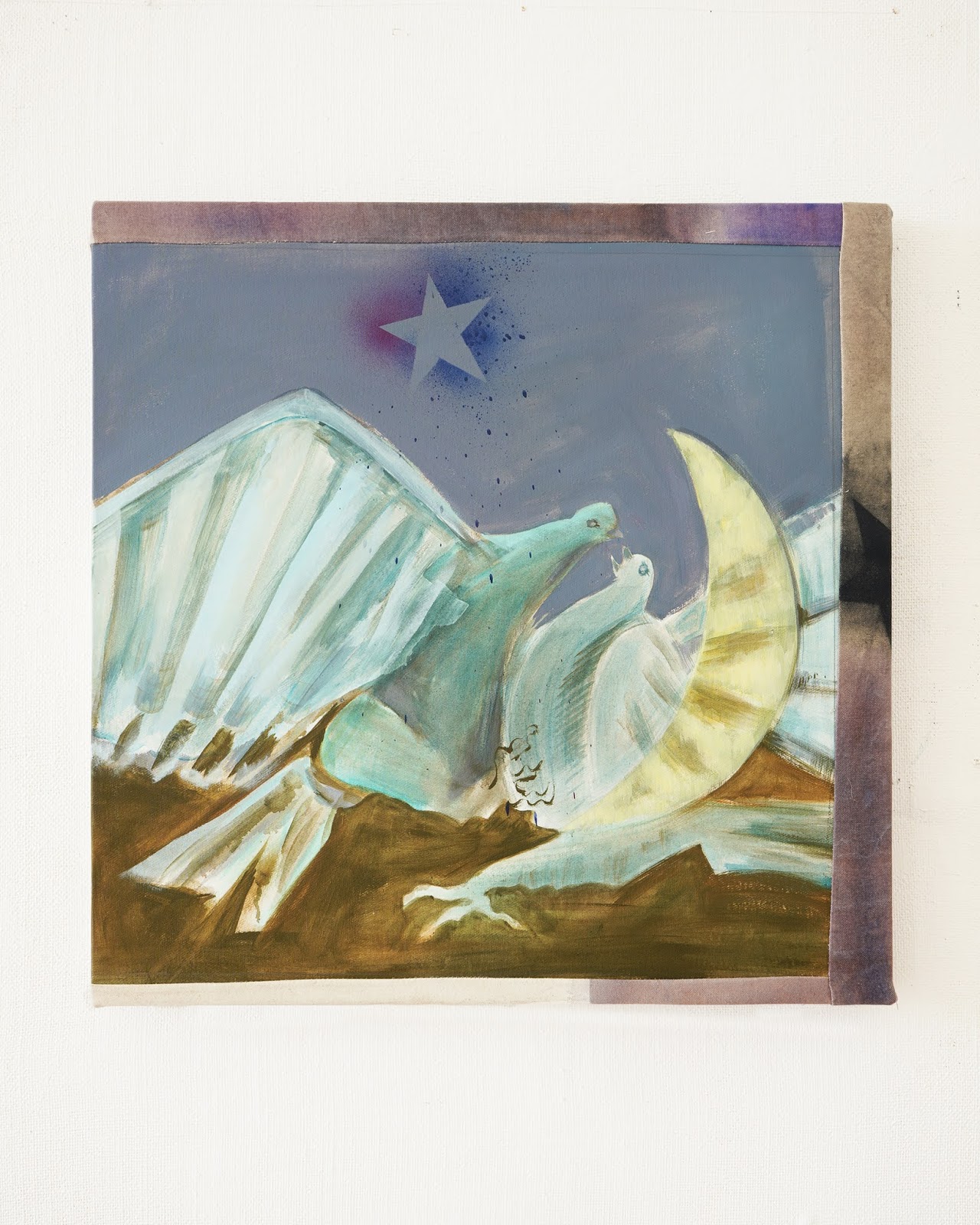 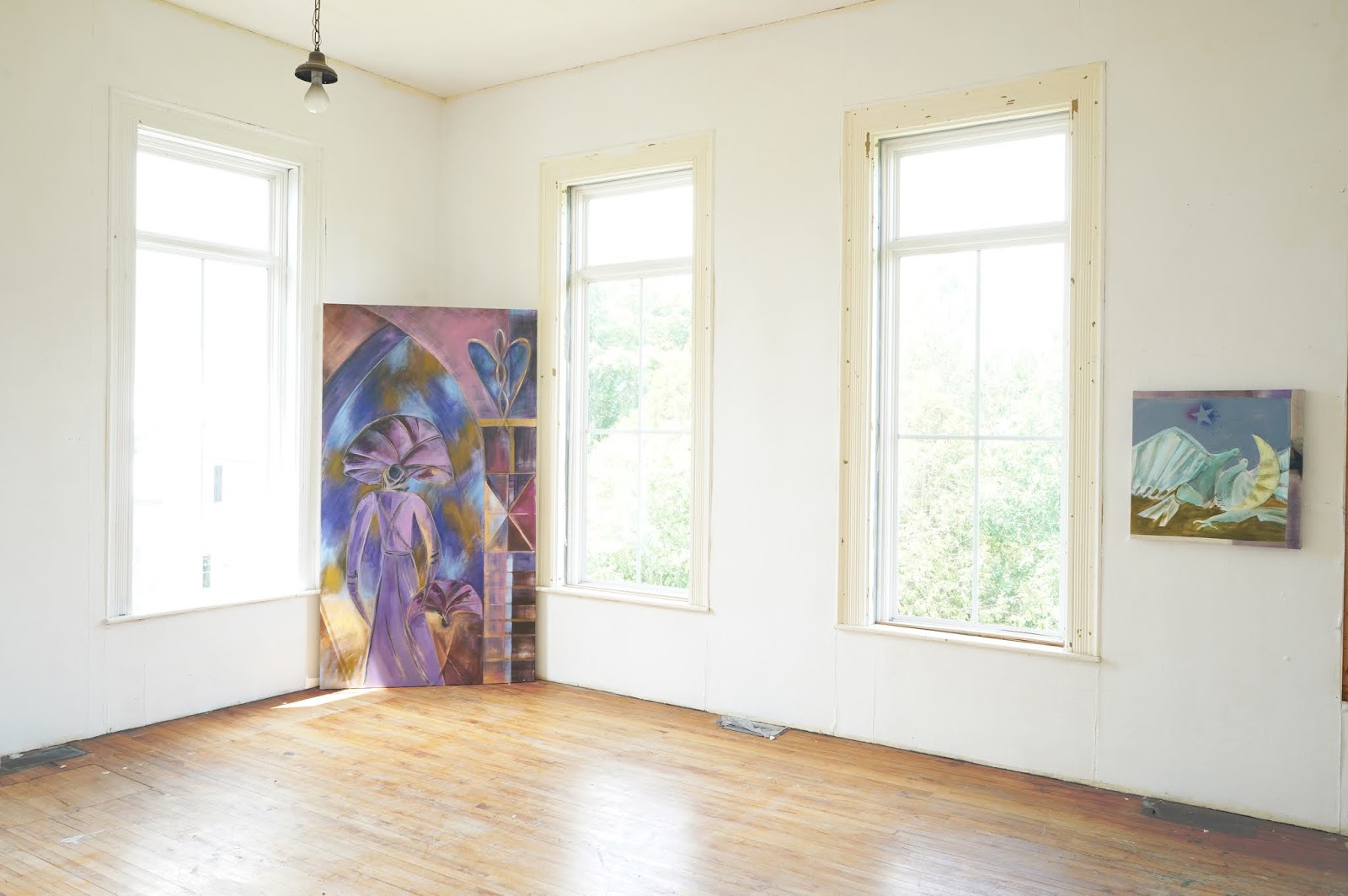 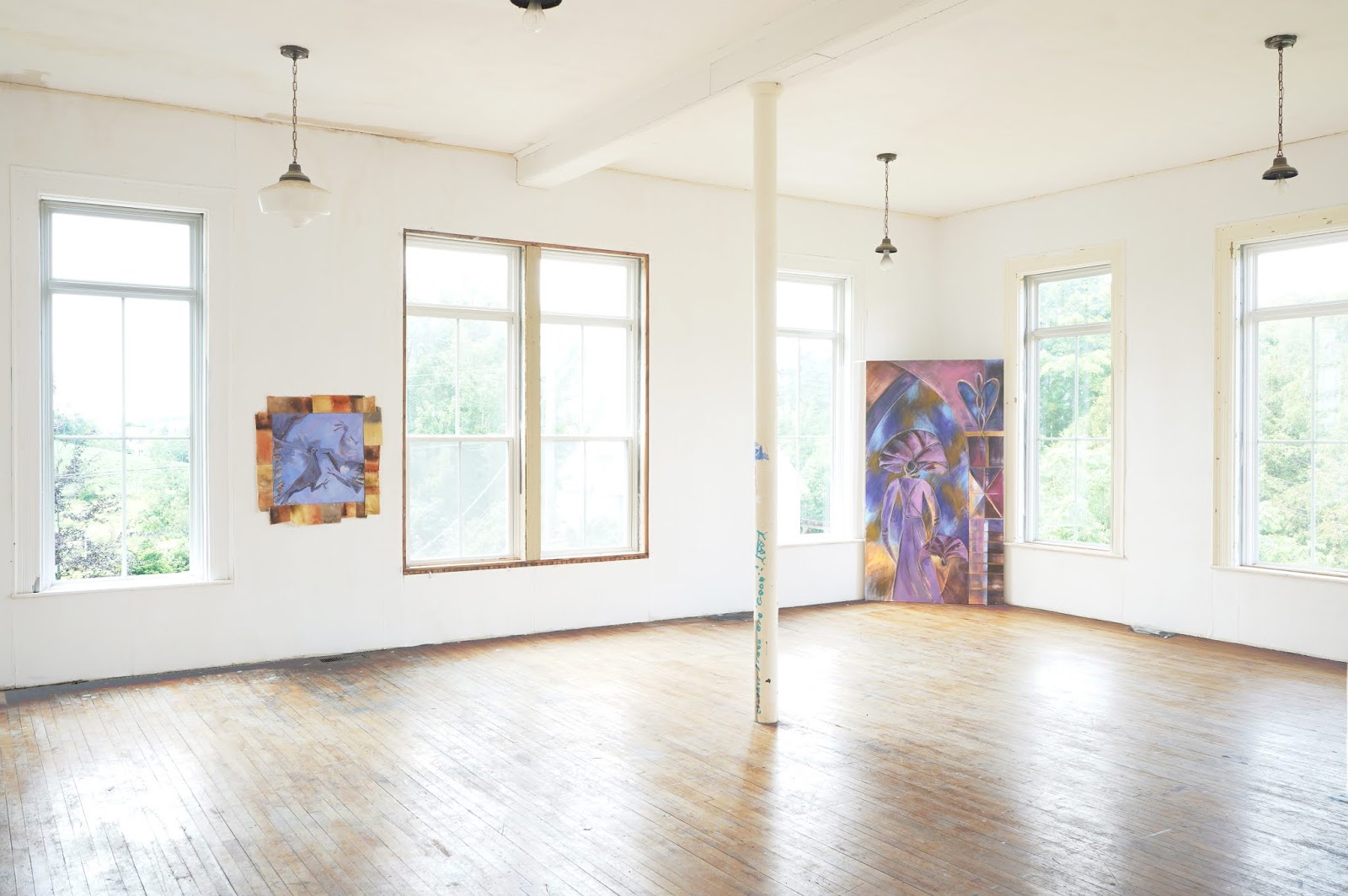 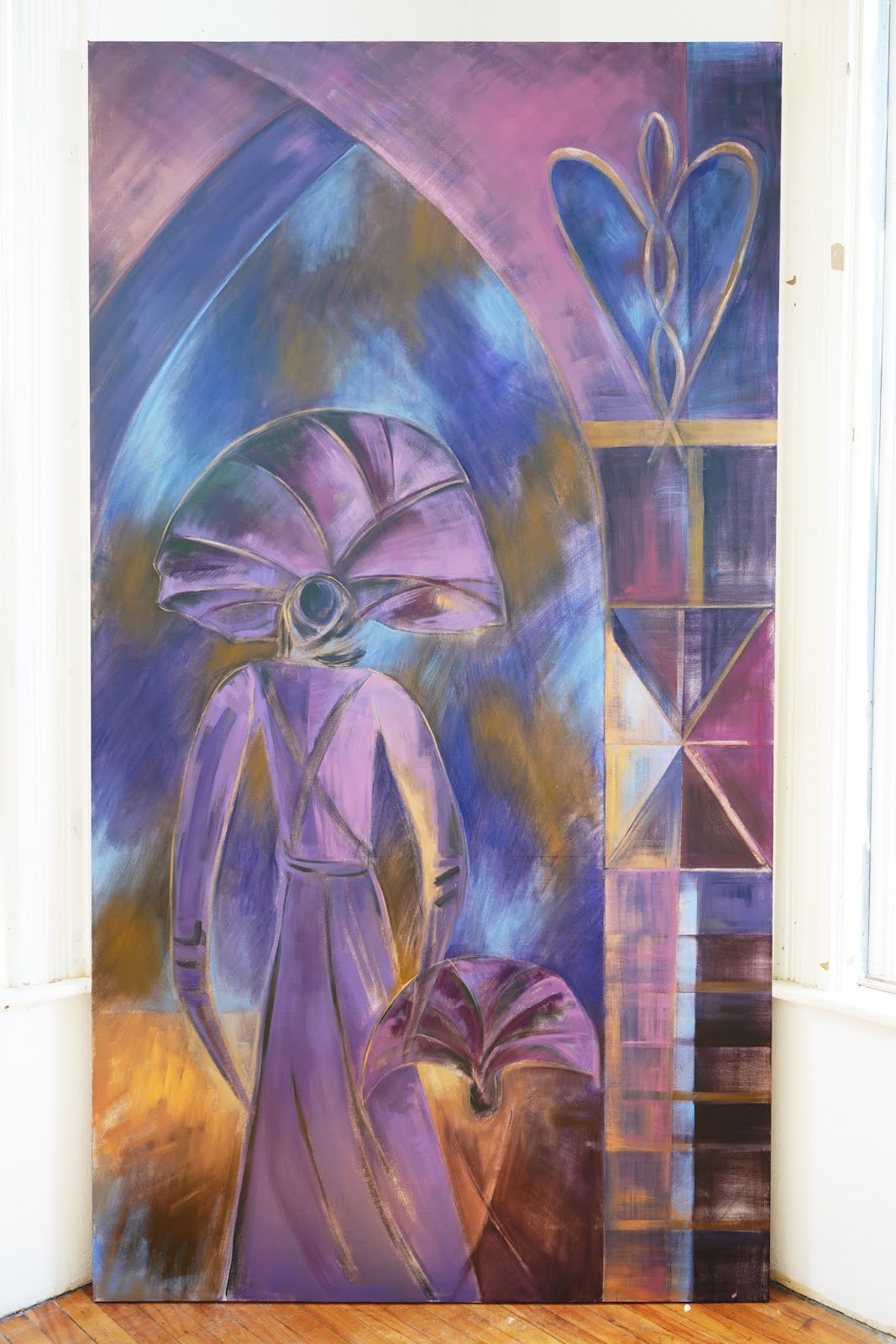 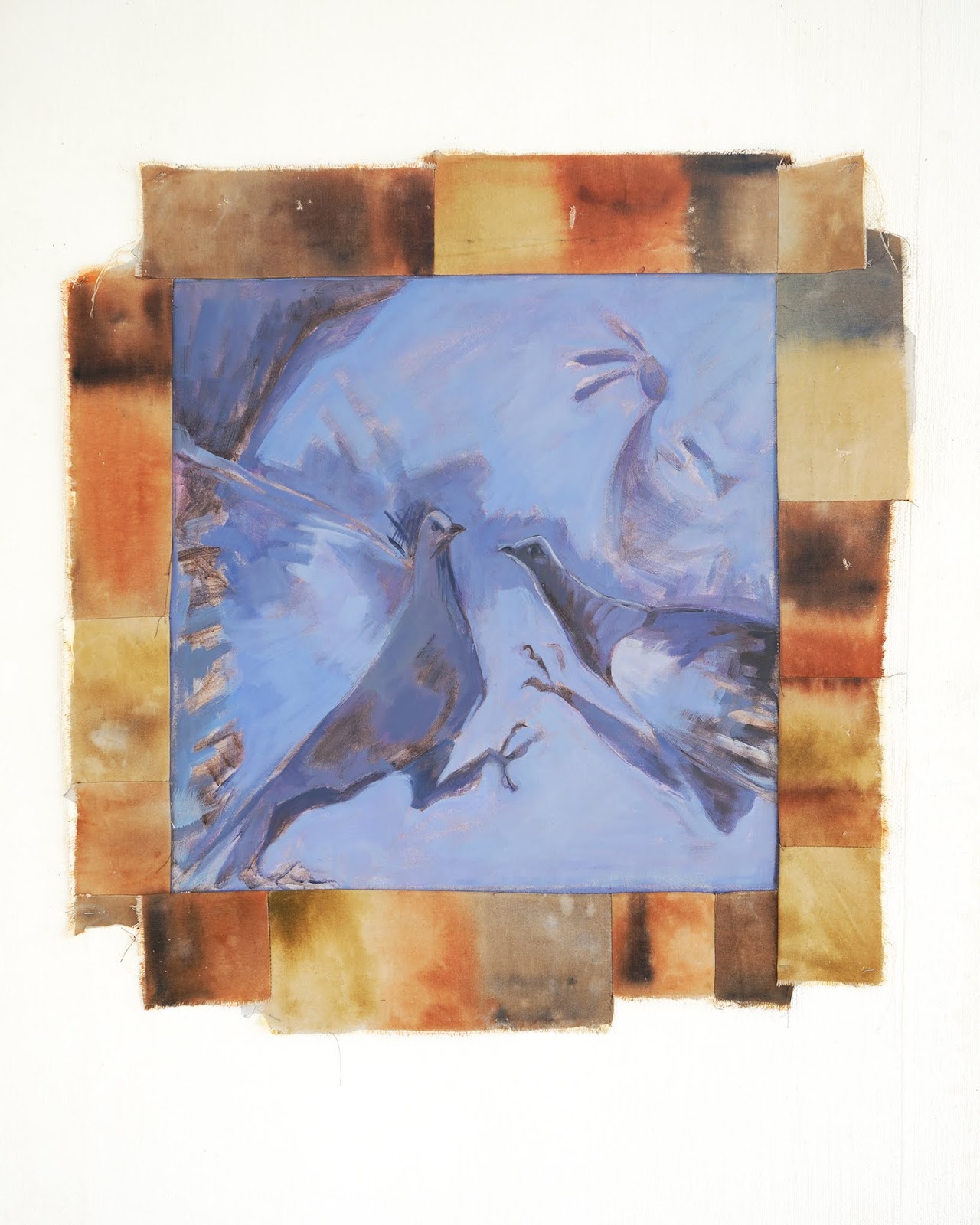 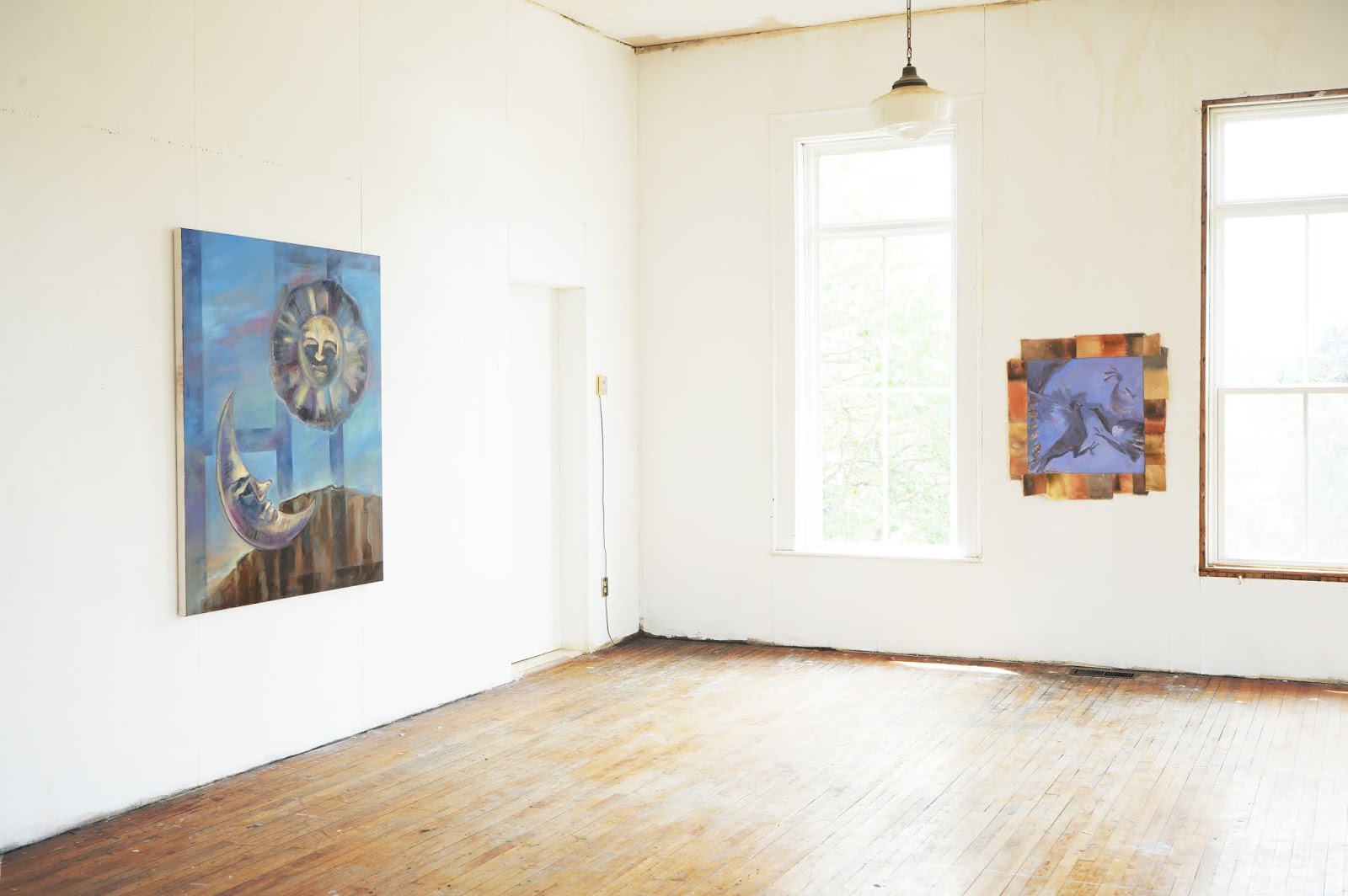 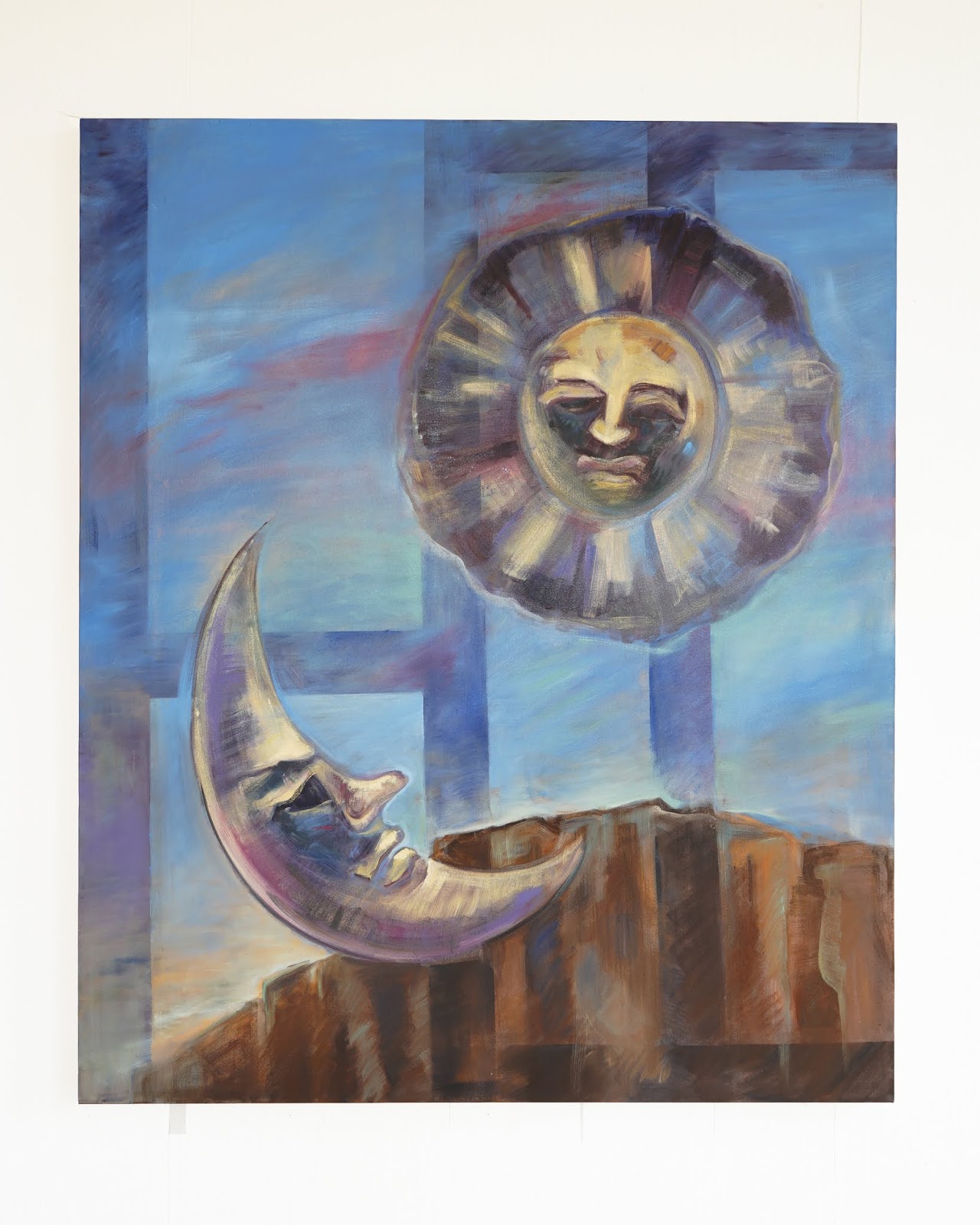 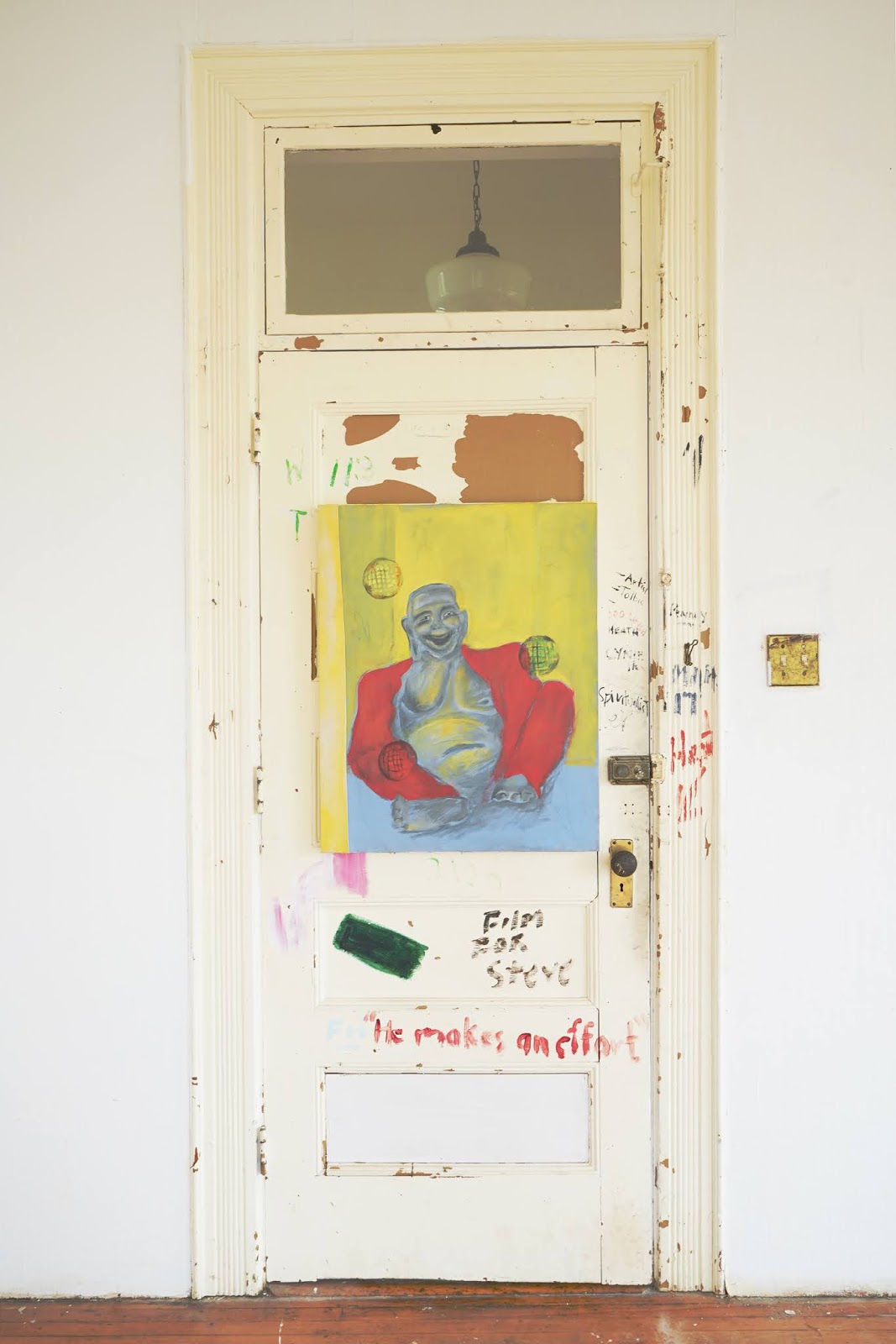 10/14 presents Spiritualist (he makes an effort), a solo presentation of paintings and an installation by geetha thurairajah.

Belief is a tricky measure…

Through a process of recontextualization, thurairajah finds new meaning in contradiction. Expanding on style, history and its contents, thurairajah’s work rarely stands still.

In Spiritualist (he makes an effort), elements of abstractionist and symbolist histories become the building blocks for pseudo-religious pantomime. Survival of the fittest takes form in combating pigeons while gothic archways allegorize both the possibility and end of painting’s art historic reign.

Through a tireless process of reframing and undoing, thurairaiah’s work calls into question larger belief systems as a macro signifier for how we approach our own assumptions. What remains undefinable after language and history have written their stories? This is the unqualified world thurairajah restlessly toils with.

geetha thurairajah (b. 1986) is currently based in Brooklyn. She received a BA from Wilfrid Laurier University (2010) and a BFA from the Nova Scotia College of Art and Design (2014). She was a finalist in the RBC Canadian Painting Competition in 2016 and 2018 and received an Honourable Mention in 2018. She has taken part in recognized artist residency spaces such as Studio Residency at Interstate Projects in Brooklyn (2017), Fall Residency at Ox-Bow in Saugatuck, Michigan (2017) and 2D Banff Artist in Residence in Banff (2015). Recent solo exhibitions include Migration is more momentous than ancient invasions, Kitchener-Waterloo Art Gallery, Waterloo (2019); Mingling with flowers panthers’ eyes, The New Gallery, Calgary (2017); Shapeshifter, Projet Pangée (2017); Boons of Another, AC Repair Co, Toronto (2017); Goodbye here no matter where, 8-11 Gallery, Toronto (2017).  Recent group exhibitions include Invisible Exports, New York (2019), Fourteen30 Contemporary, Portland (2019), American Medium, New York (2018), Oakville Galleries, Oakville (2018) and Loyal, Stockholm (2017).