SUMMER SHOW #3 — “I PAINT FLOWERS SO THEY WILL NOT DIE” 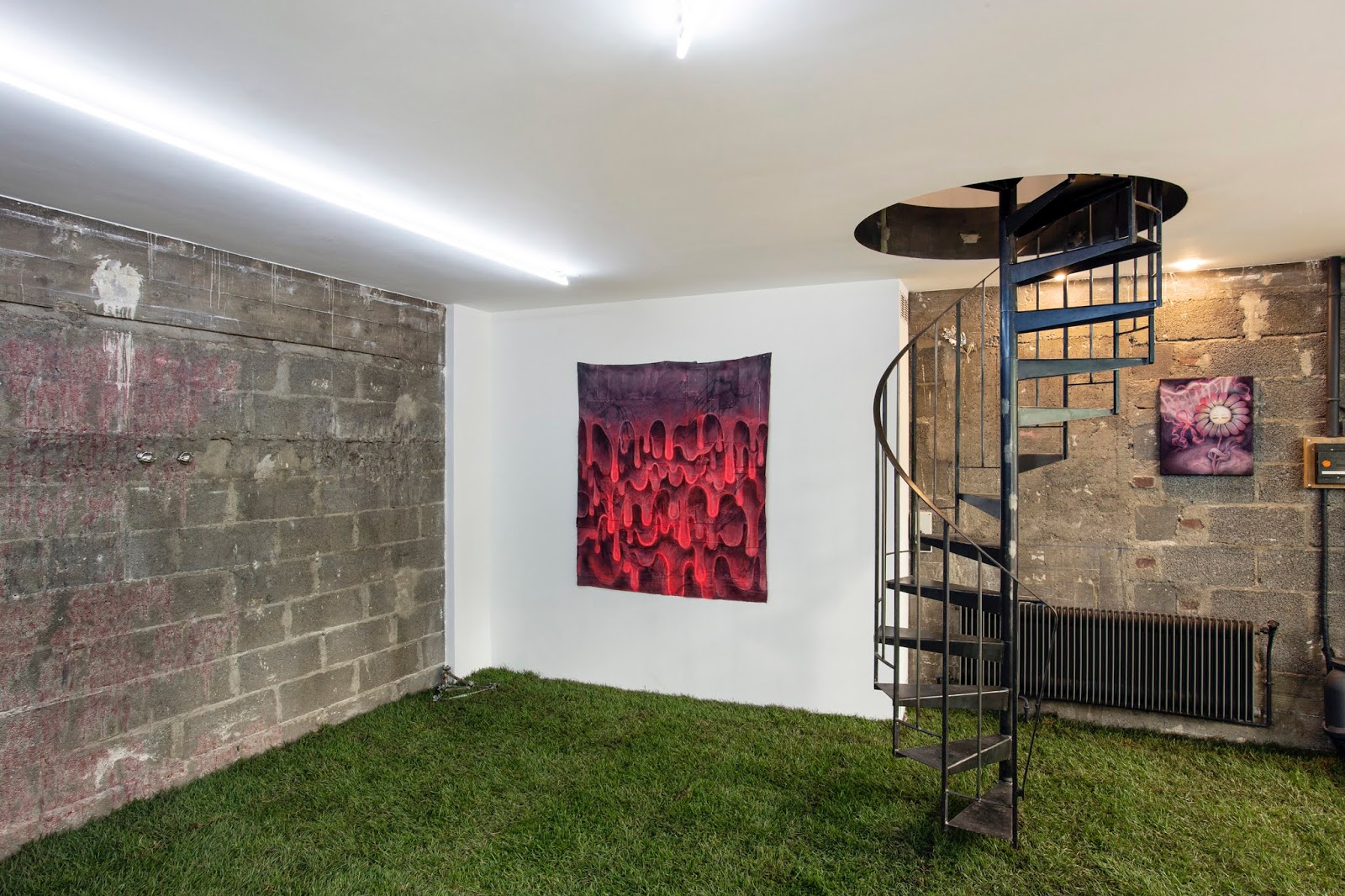 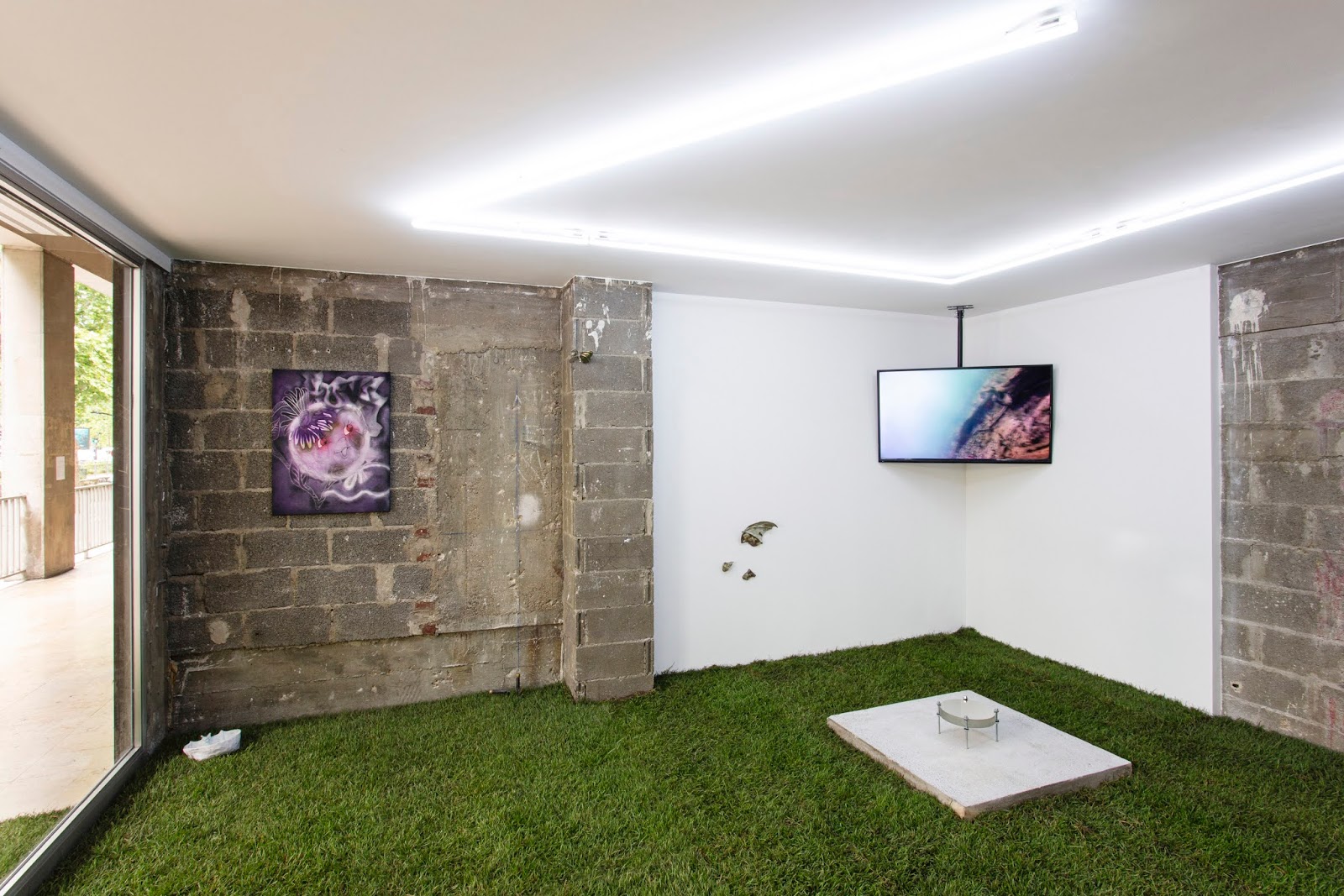 In the famed words of Frida Kahlo (1907-1954), the embrace of naivety expresses a nostalgic desire for prolonged innocence pressed against the simultaneous anxieties of its illusion. Much like summer’s inherent sentimentality — the childlike yet universally experienced expectations for summer’s arrival and, equally, the anticipation for her end — here, melancholic figures linger across hazy stratospheres, both carelessly asleep and
acutely aware. Featuring flashes of the naive in a universe of soft darkness, the characters find themselves comfortably floating in a perpetual state of becoming, where impatience, vulnerability, fragility and pain summon power and potential. Together, the artists abandon certain futures for compulsive heartbreak and sweltering reveries, where memories define the present and the present defines memory, transpiring the insatiable vanity of solstice.

***
Caterina Gobbi (Italy, 1993) lives and works in Berlin, Germany. Combining interests in queer ecology, feminism and techno music, her performative works seek alternative frameworks to explore our relationship with the natural and fabricated world. Gobbi holds an MFA from the Royal College of Art and has recently exhibited at ZÖNOTÉKA (Berlin),
Castello Gamba (Aosta), and Chalton Gallery (London).

Petros Moris (Greece, 1986) lives and works in Athens, Greece. Across Moris’ works, systems of geological materiality and digital fabrication unfold memory with the mythical, social and technological construct of the future. He has studied at the Athens School of Fine Arts and the Goldsmiths University of London, and is currently conducting PhD research at the University of Thessaly. Recent exhibitions include the Singapore Biennale, Singapore National Gallery, the 7th Thessaloniki Biennale (Stasis), and Alaca Imaret (Thessaloniki).

Hélène Padoux (France, 1993) lives and works in Hamburg, Germany. Padoux’s dreamlike scenes illustrate the ambiguity of pure emotion and the impossibility of preserving innocence, where seductive cuteness intertwines with the threat of toxicity. She holds a BFA from Ecole Nationale Supérieure des Beaux-Arts de Paris and is currently finishing her MFA at HFBK University of Fine Arts (studio Jutta Koether). She has exhibited in group shows at Valentinskamp 39 (Hamburg), Kunstverein Hamburger Bahnhof (Hamburg), and Bastione San Maurizio (Turin).

Maria Silchenko (Ukraine, 1993) lives and works in Paris, France. Her paintings and sculptures are crossed by patterns that repeat, mix and transform, elucidating myths and nightmares tamed by sensitive interpretation. Silchenko has studied at the Tokyo University of the Arts and Ecole Nationale Supérieure des Beaux-Arts de Paris, where she is currently completing her MFA. She has been in residency at Chateau Nour, Komplot Brussels and in Atami, Japan and exhibited at 4649 (Tokyo) and Biennale d'Art d'Odessa (Odessa).