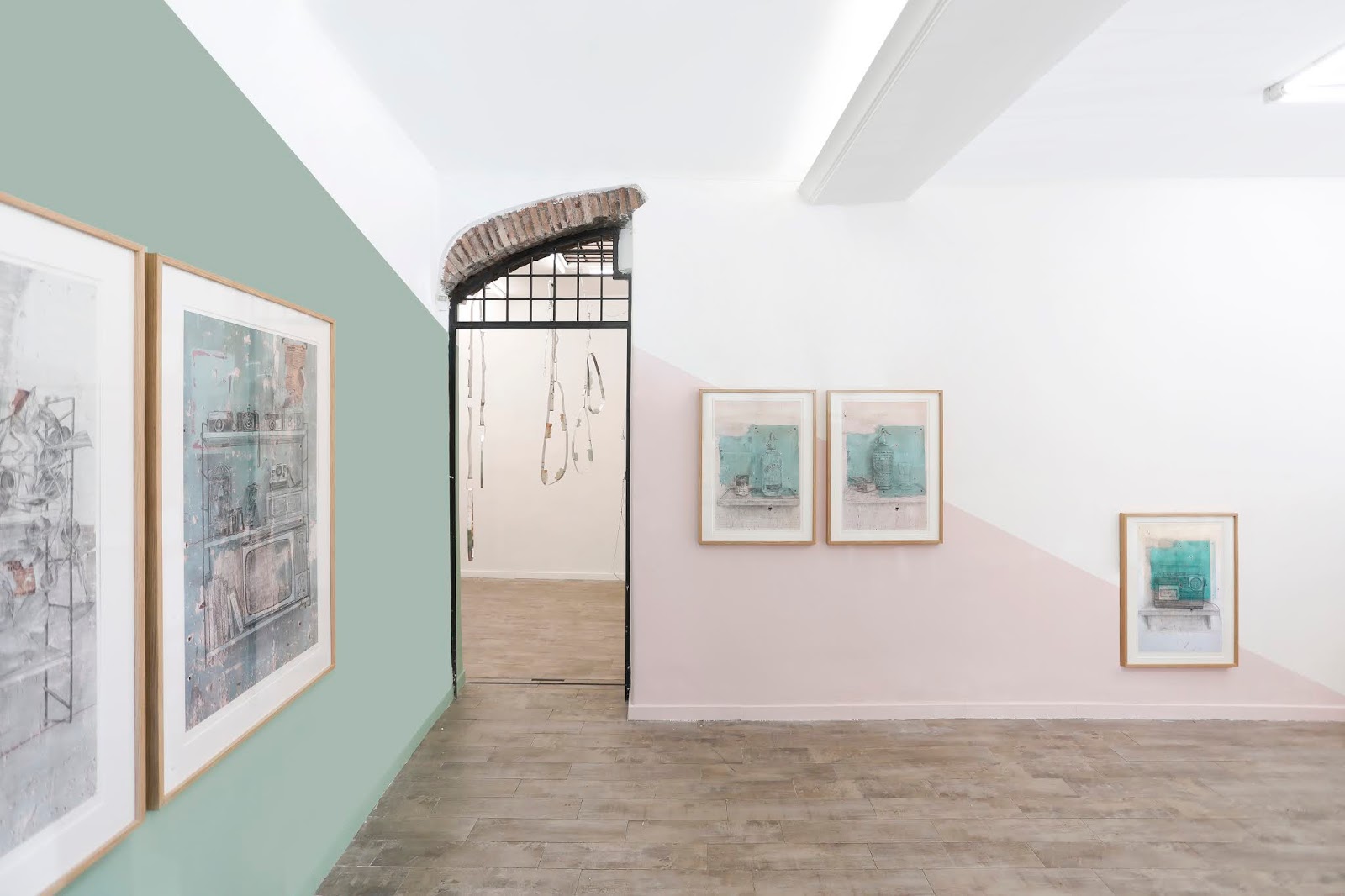 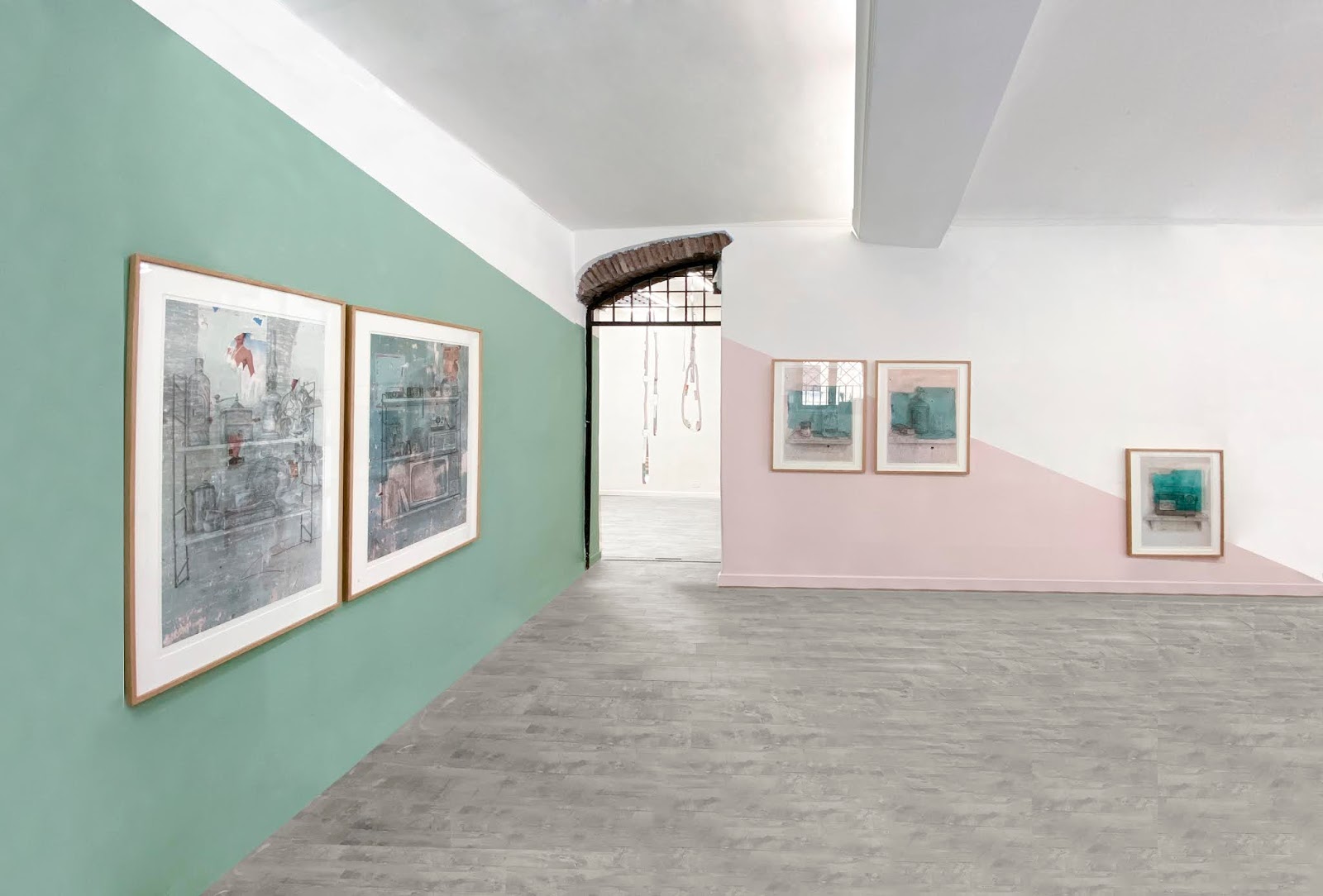 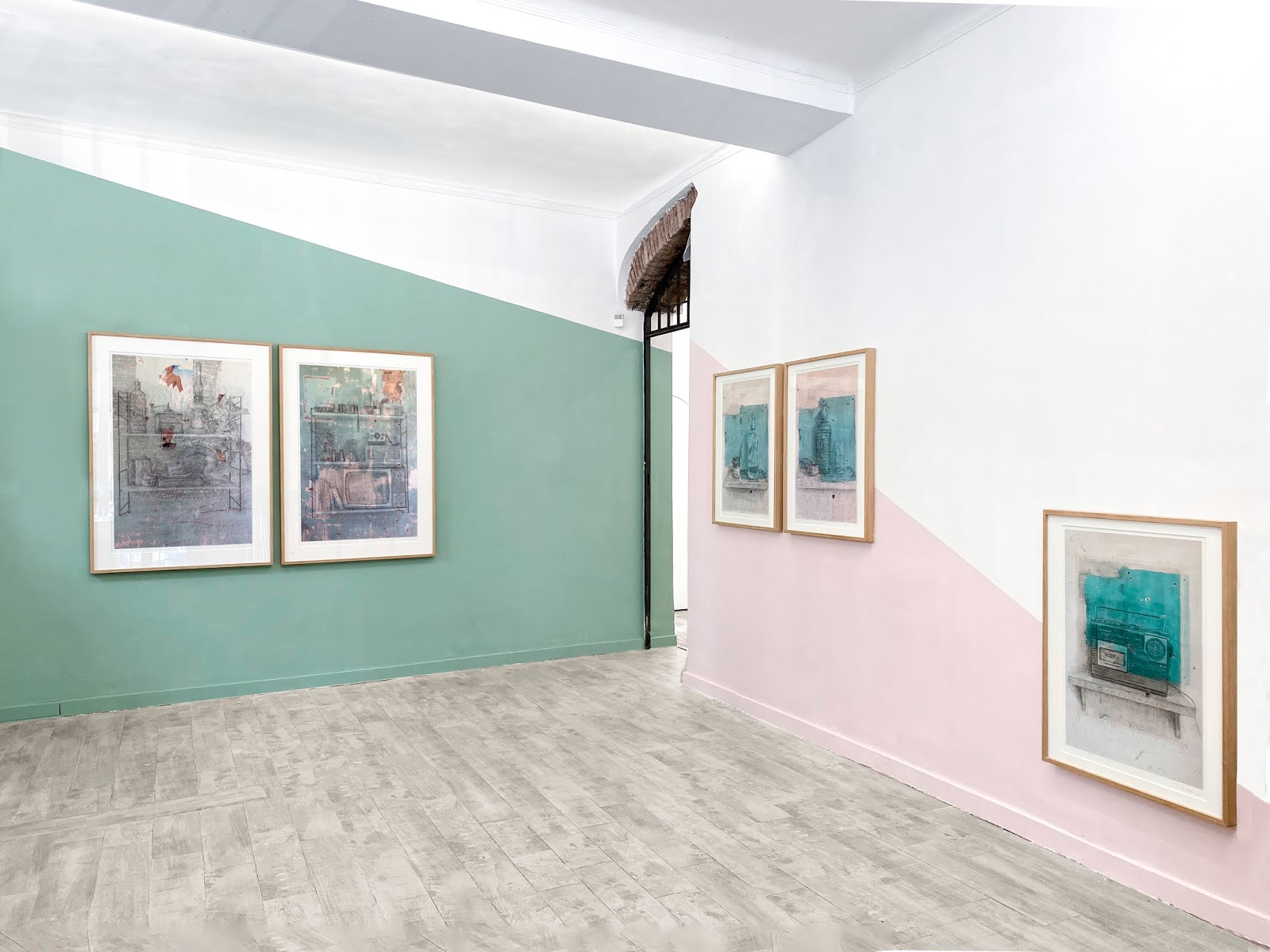 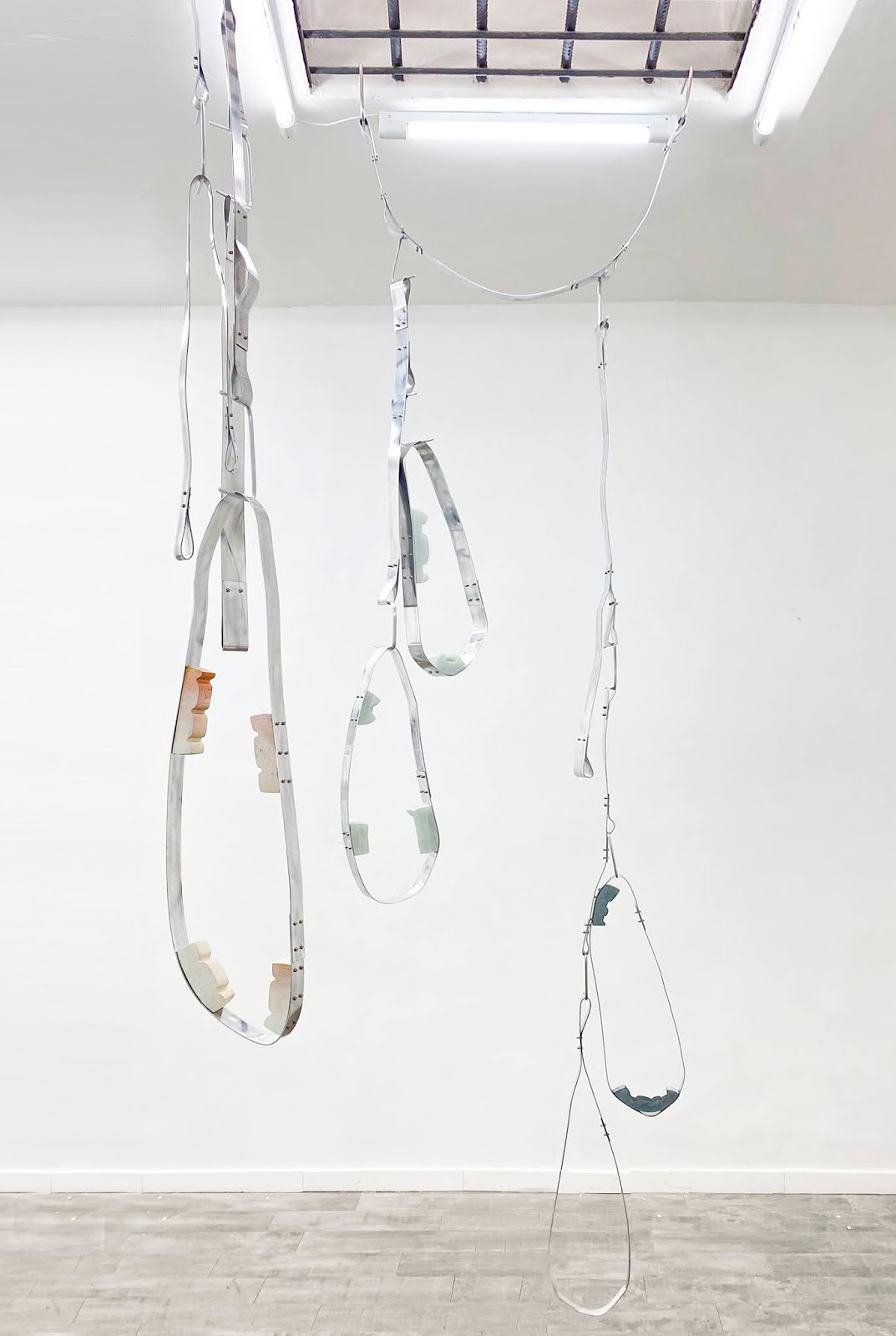 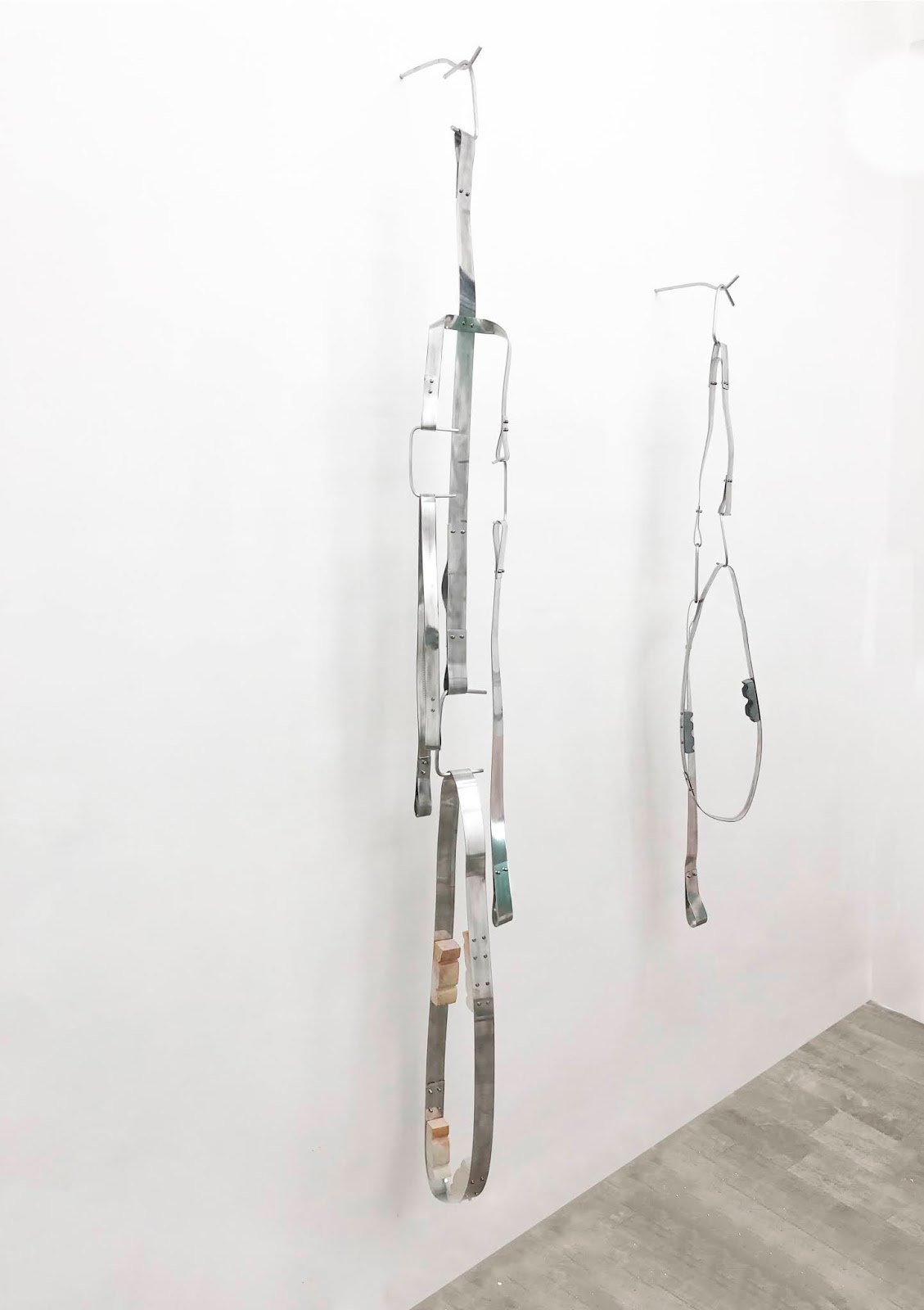 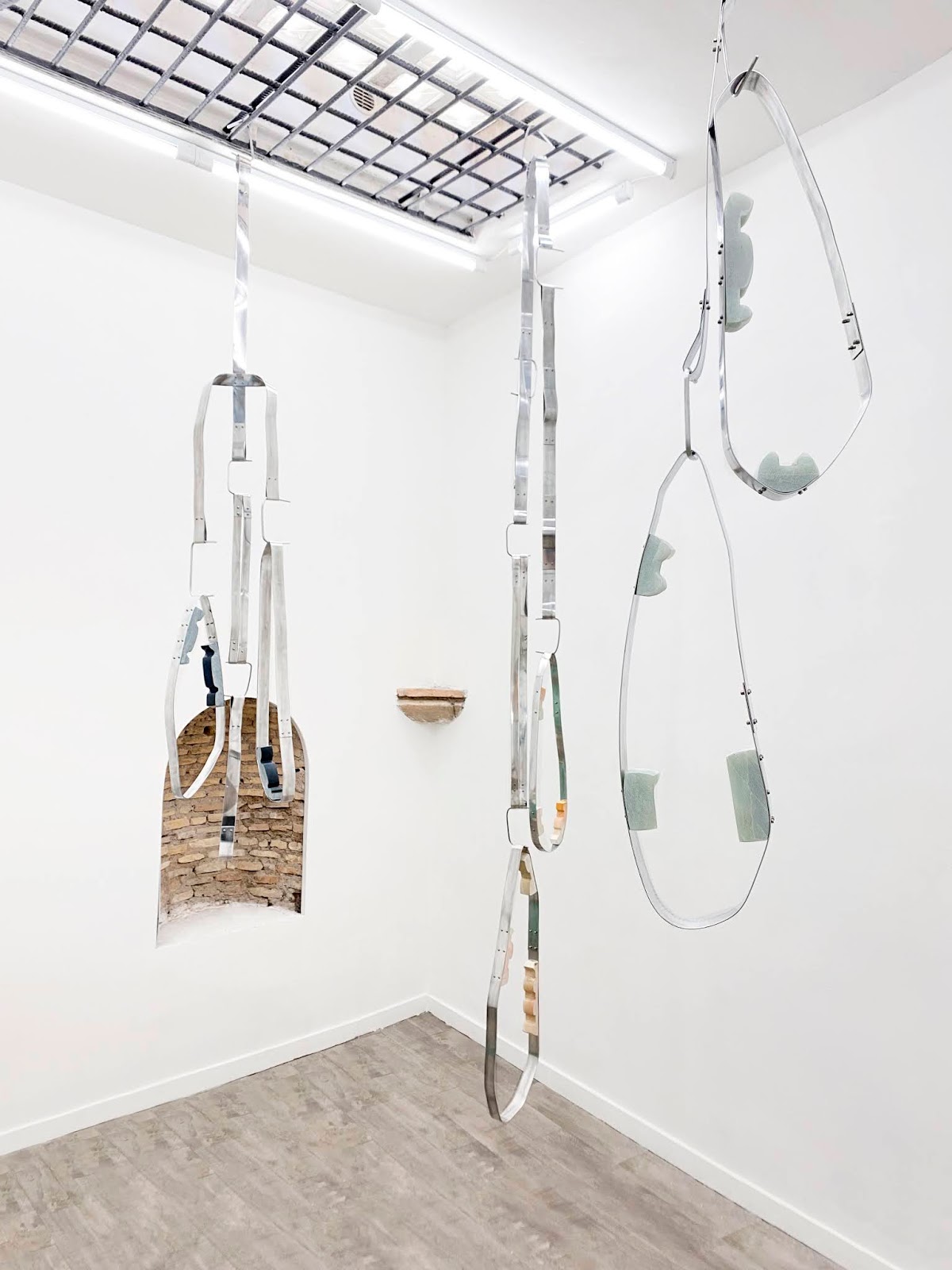 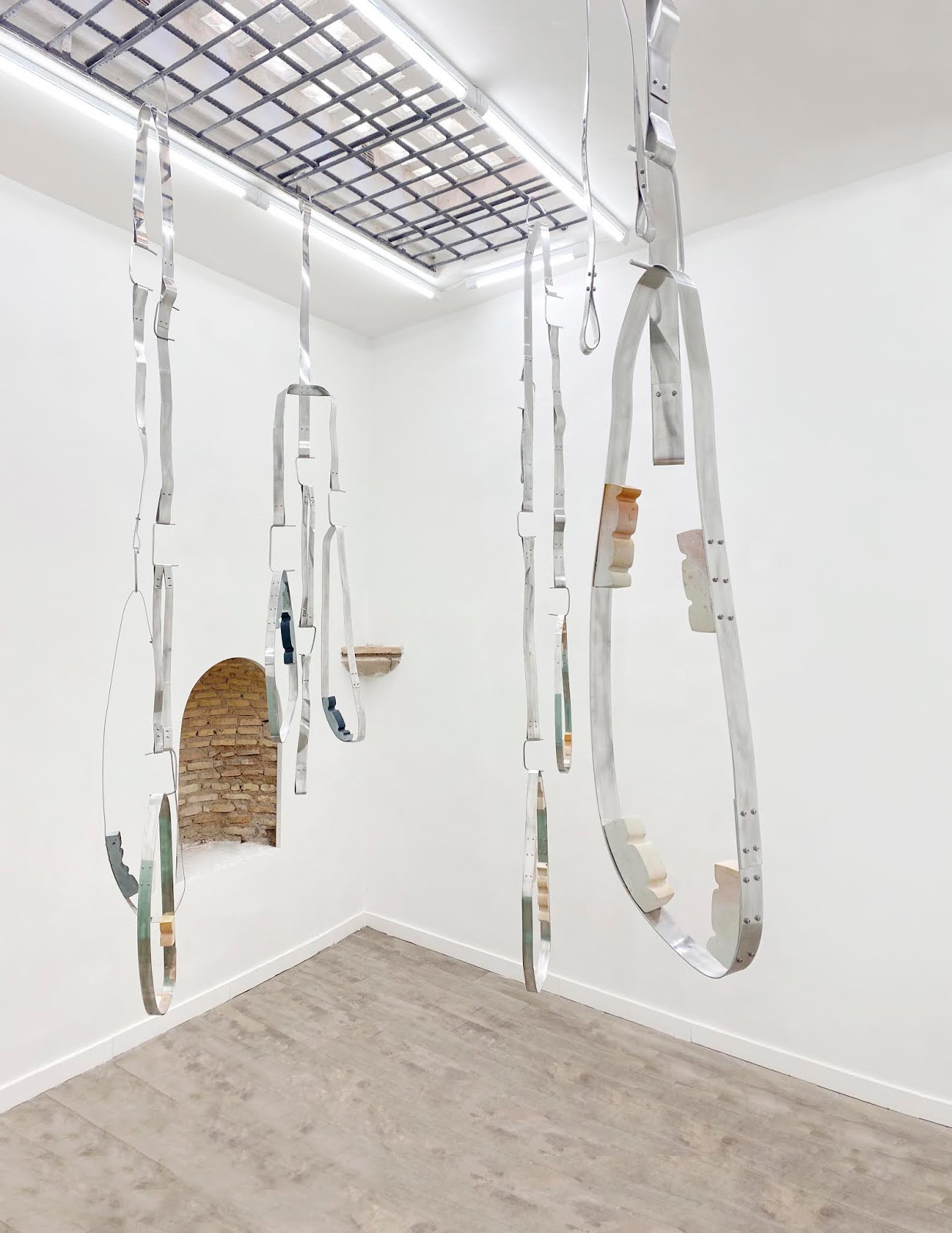 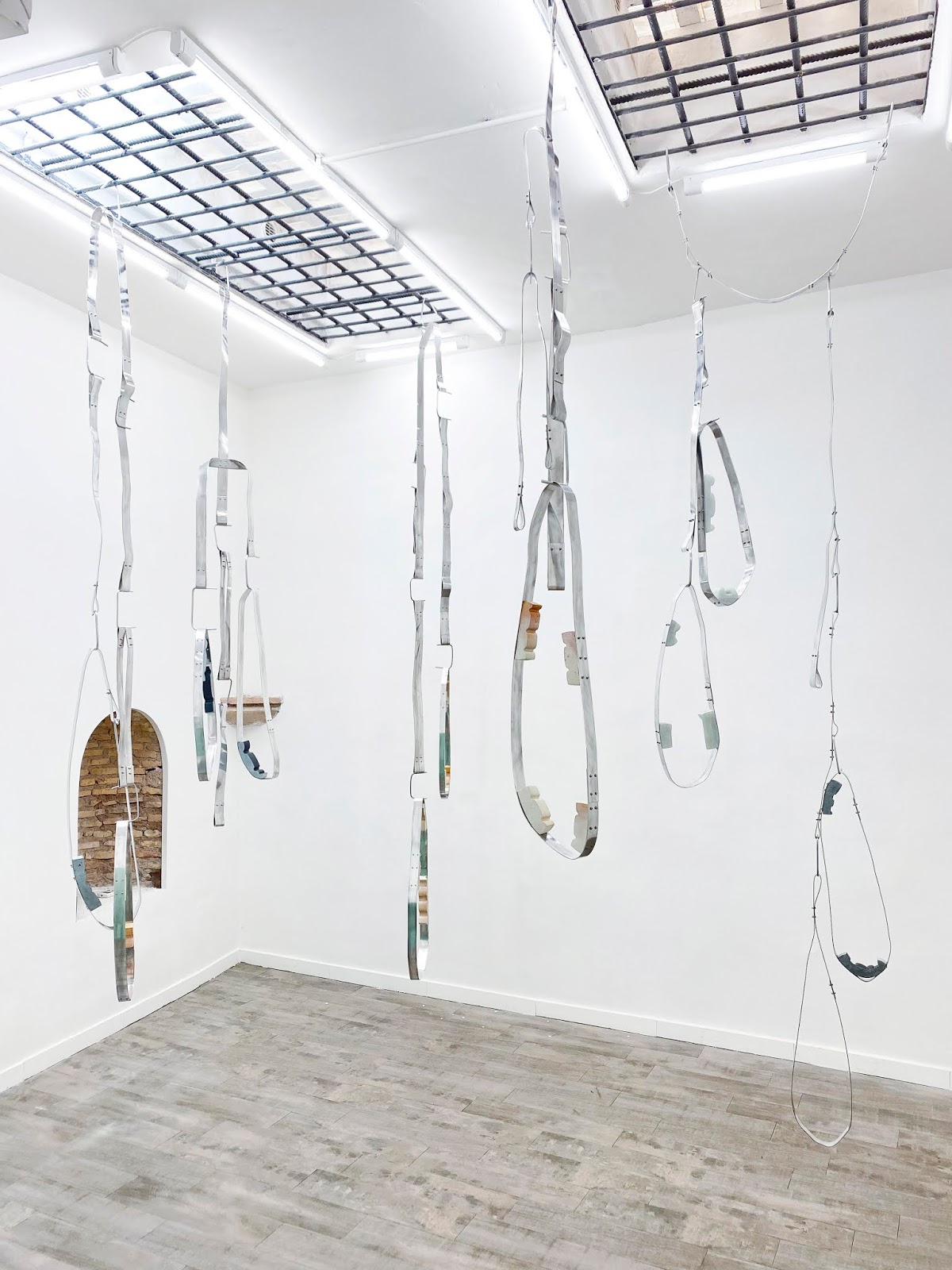 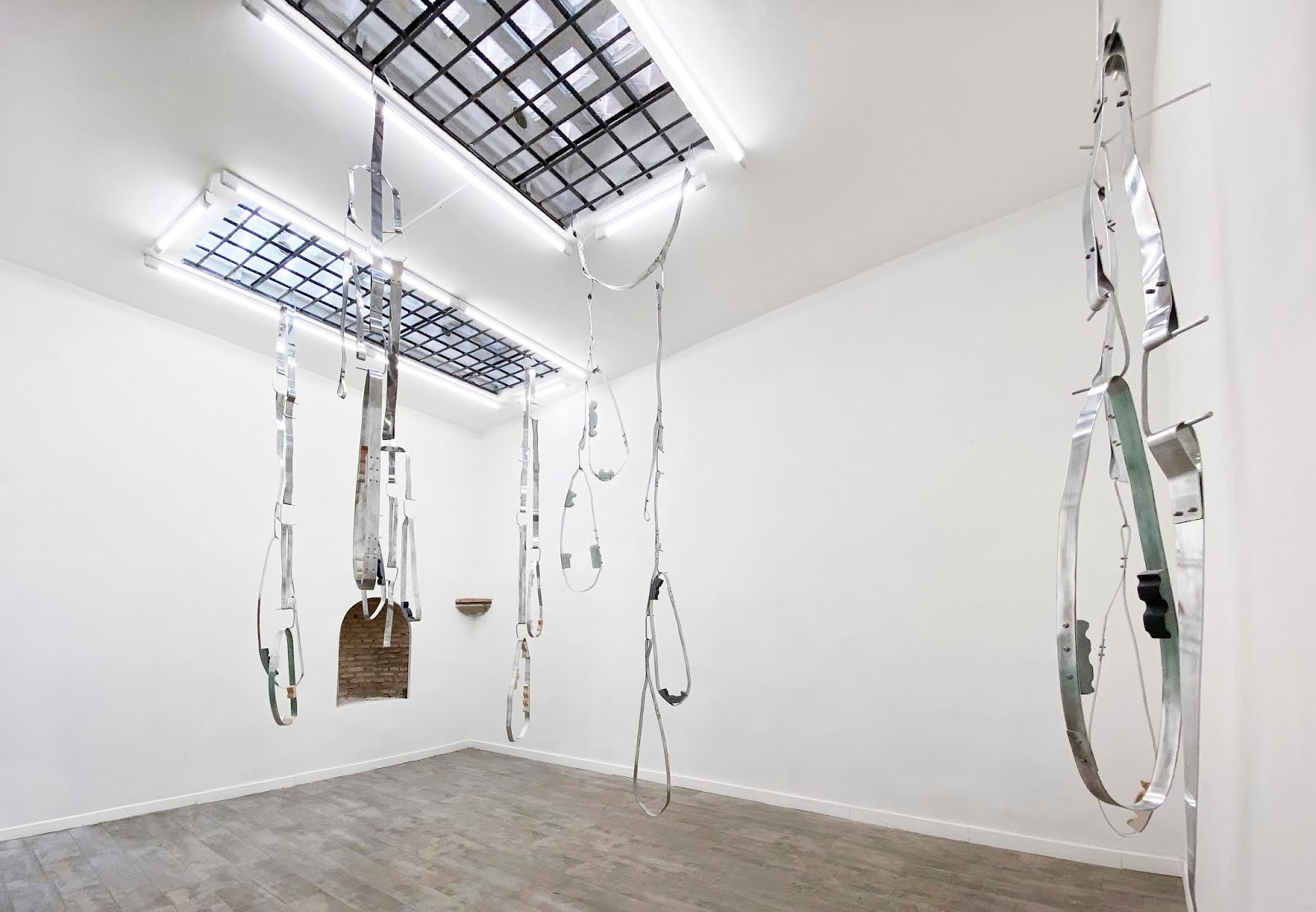 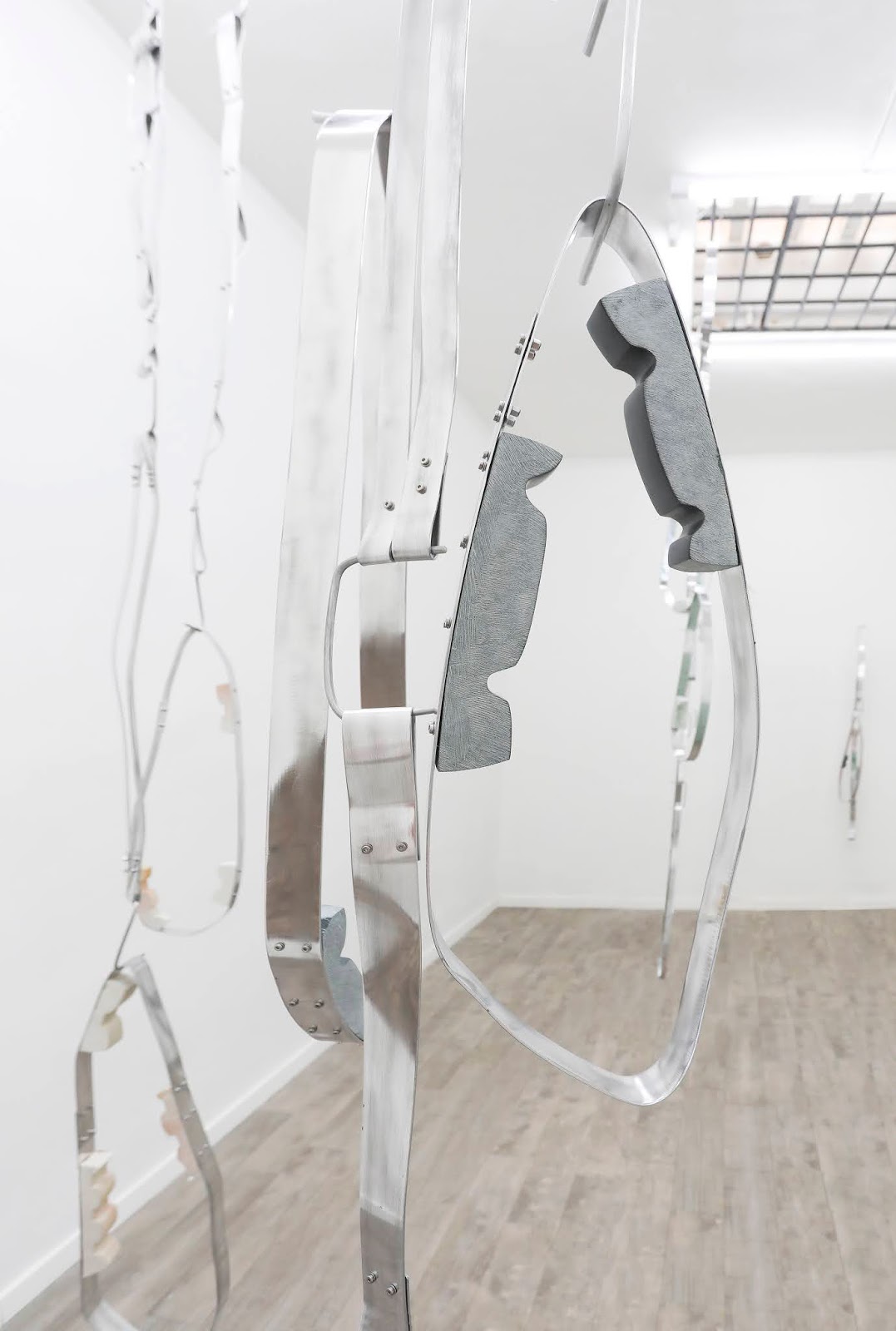 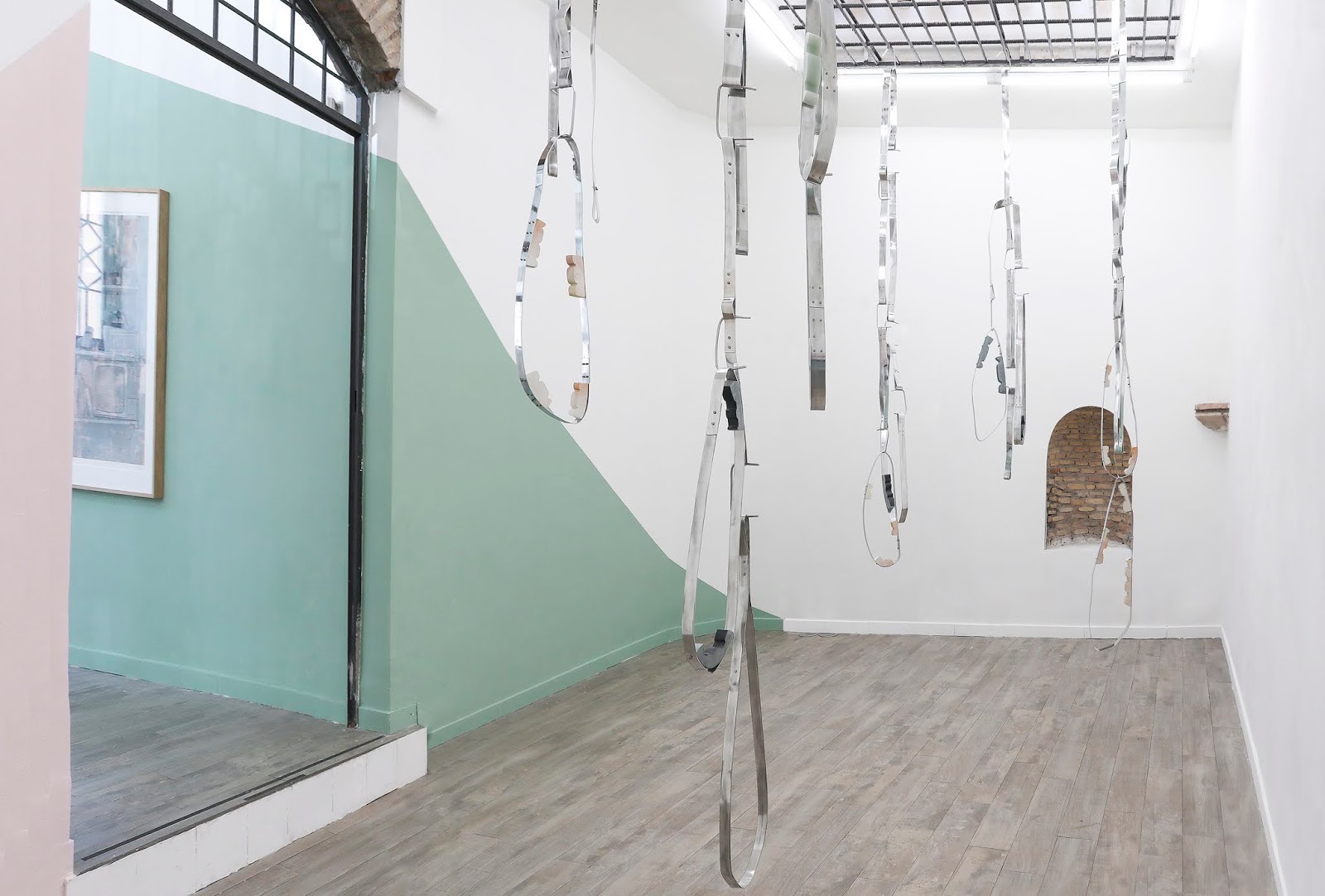 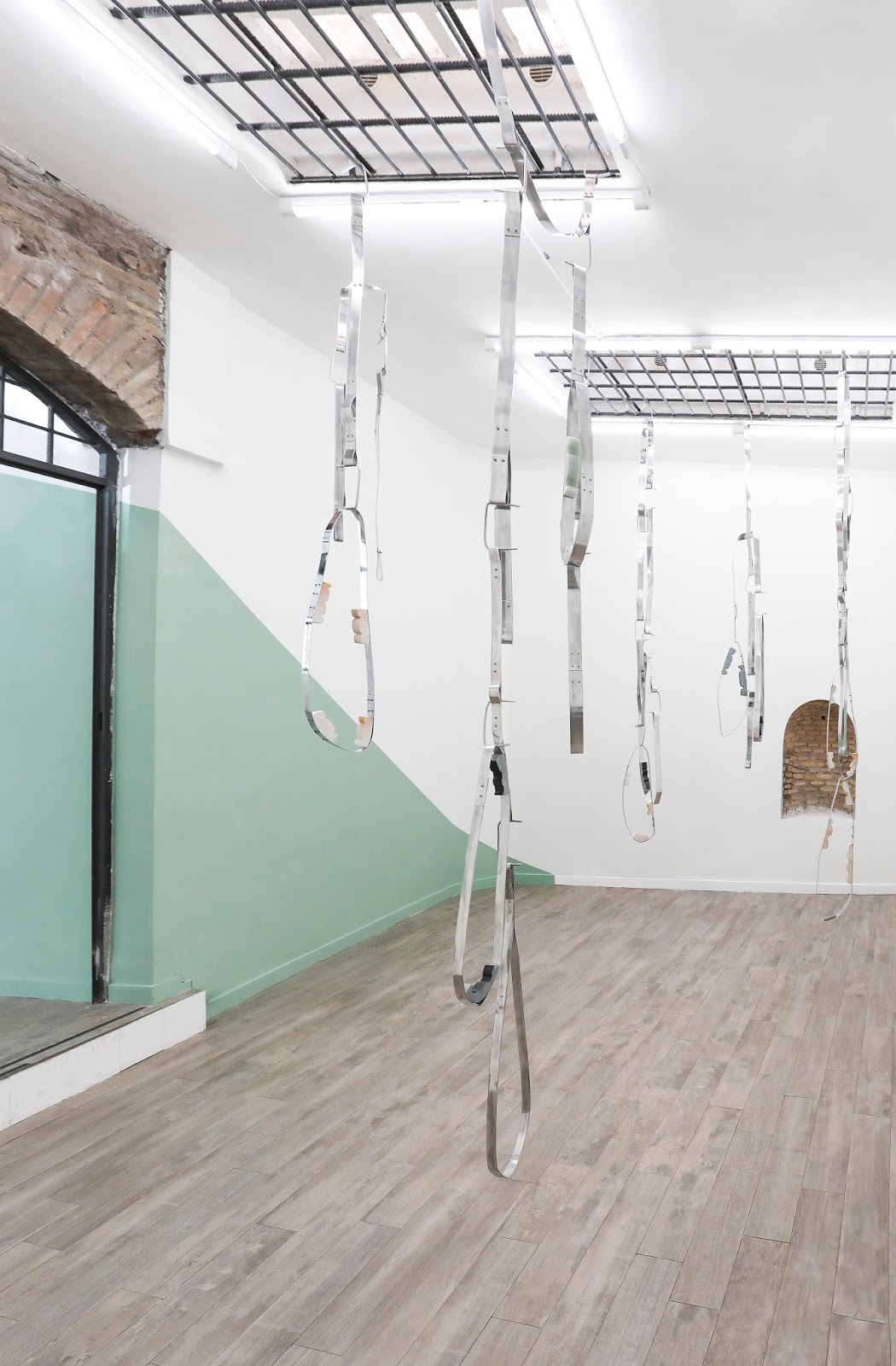 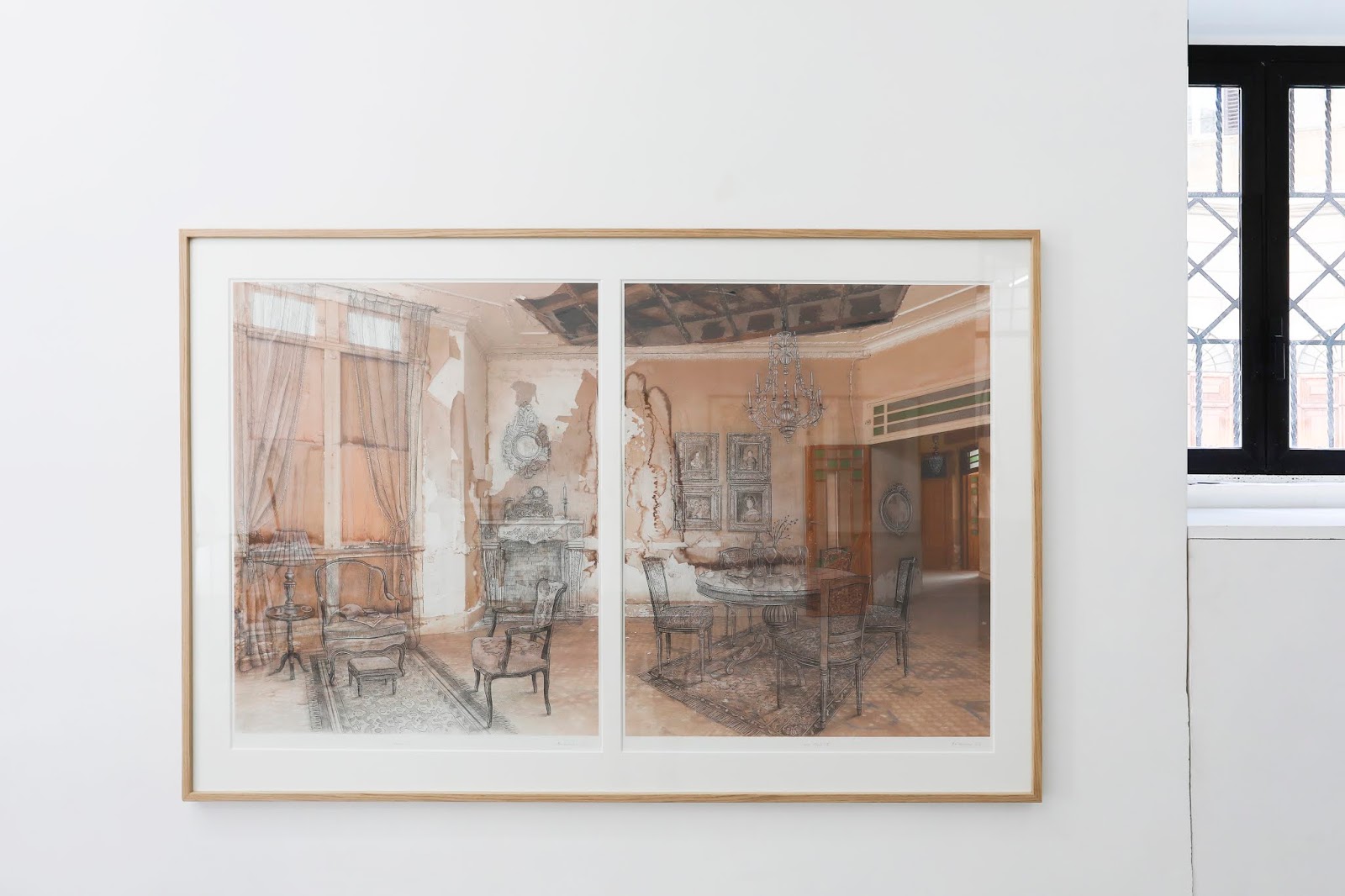 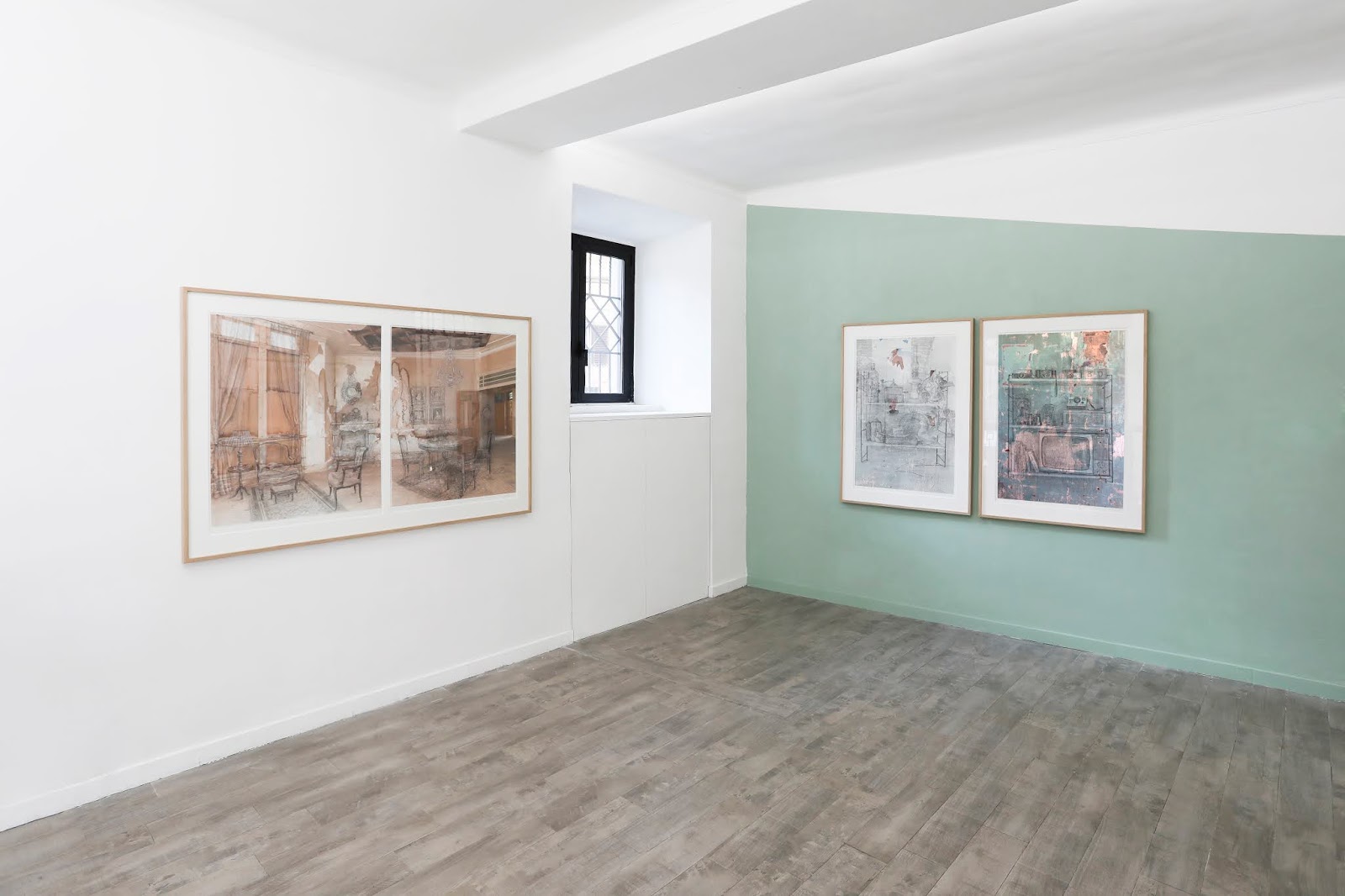 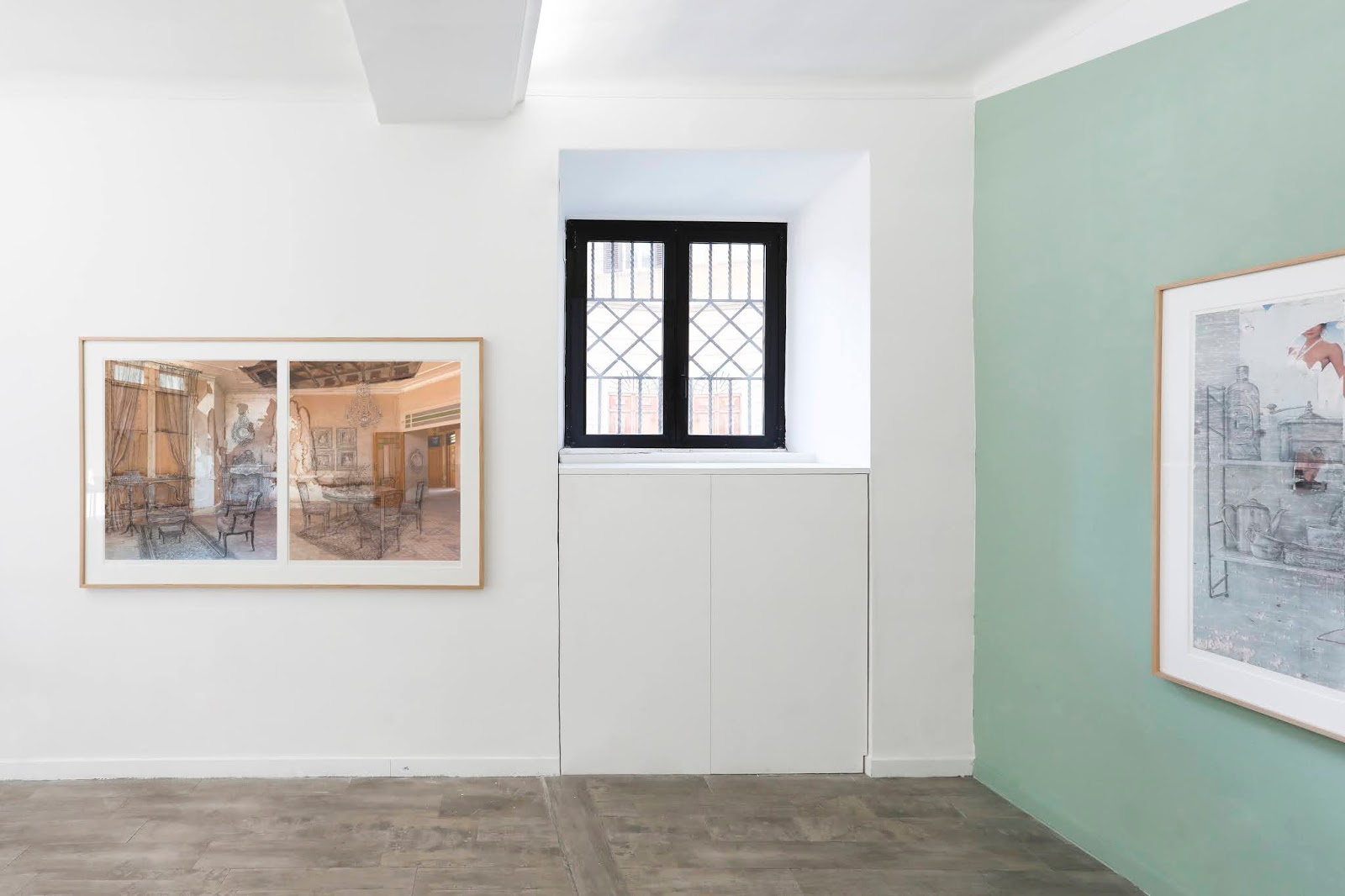 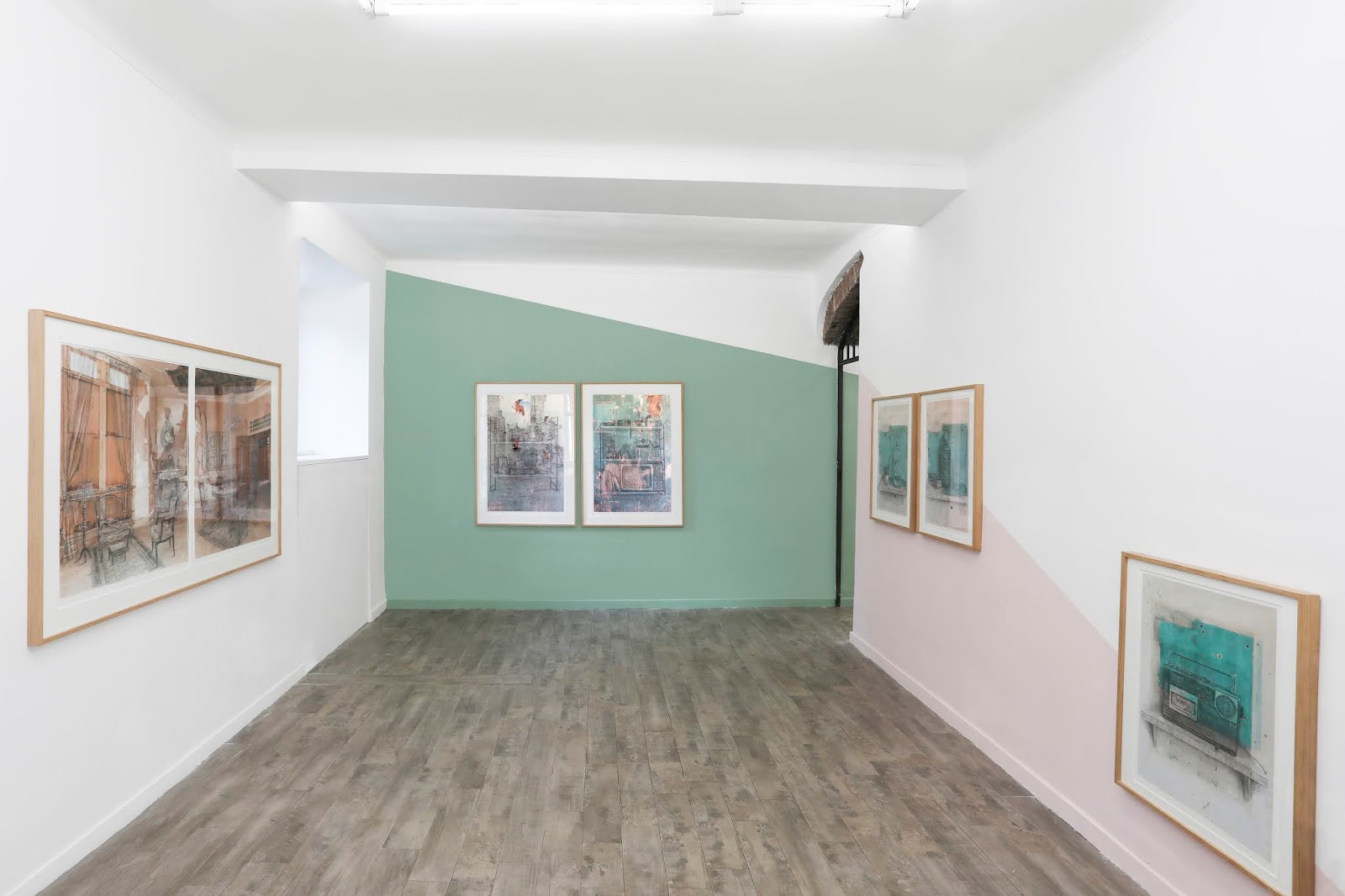 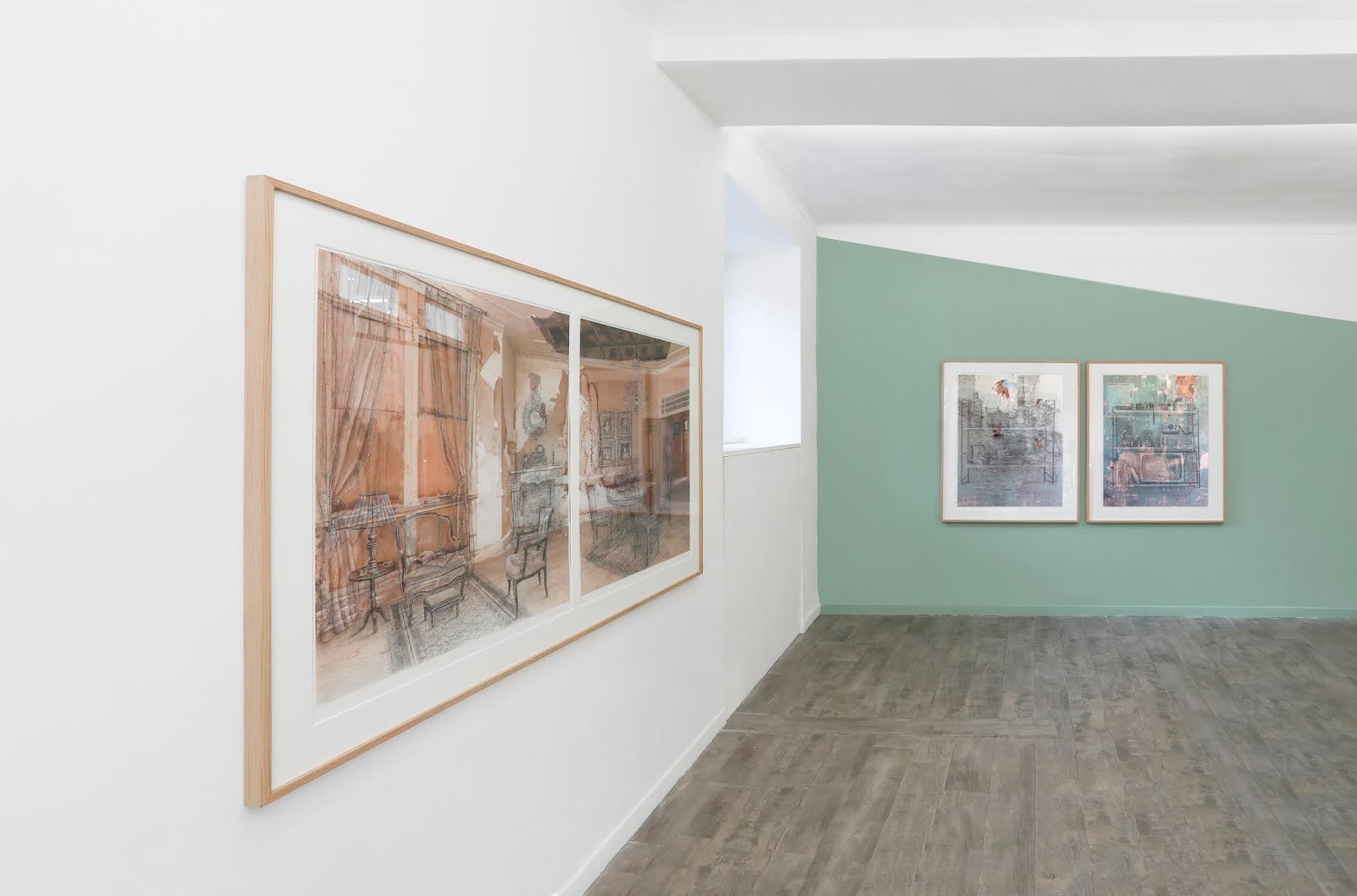 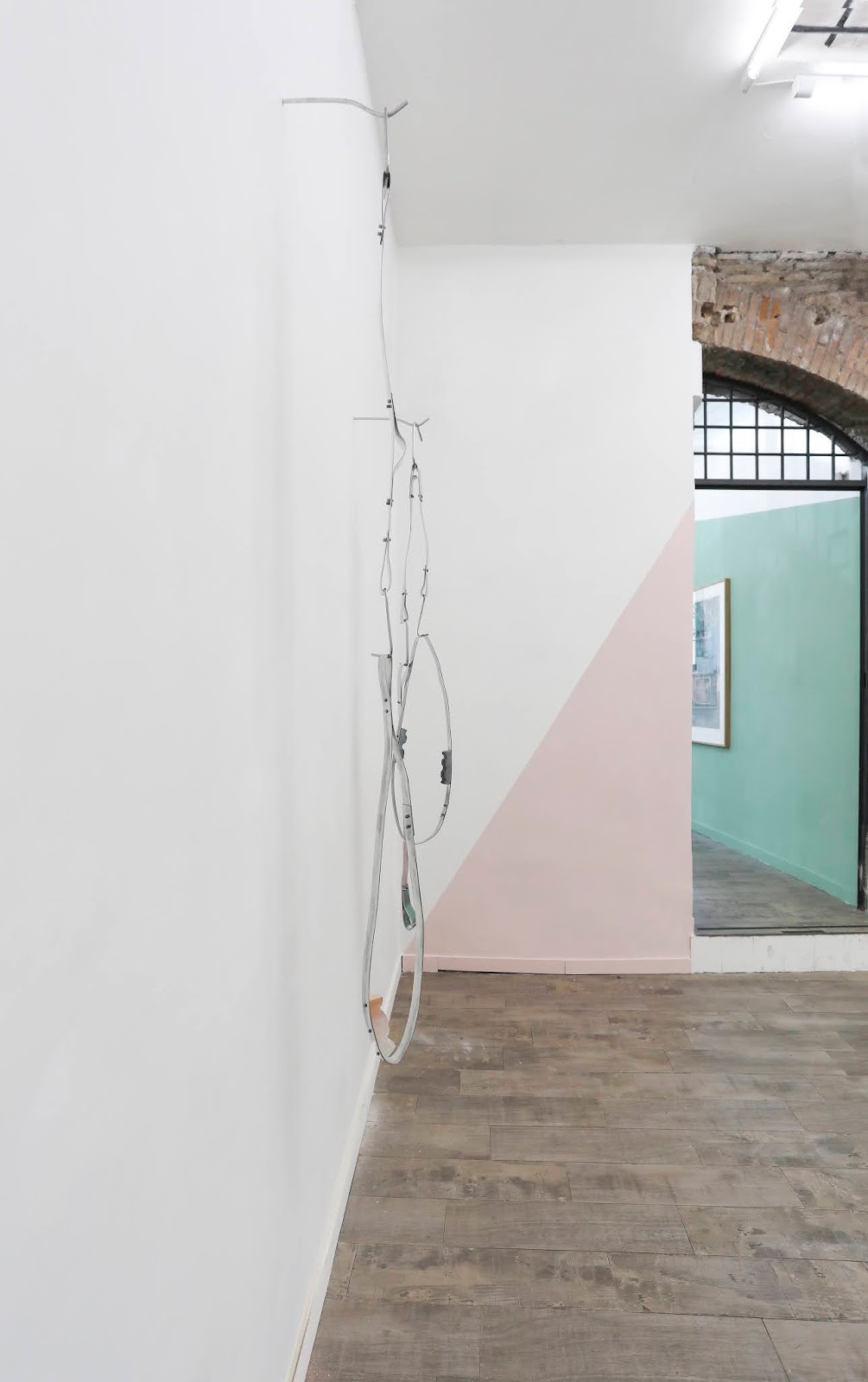 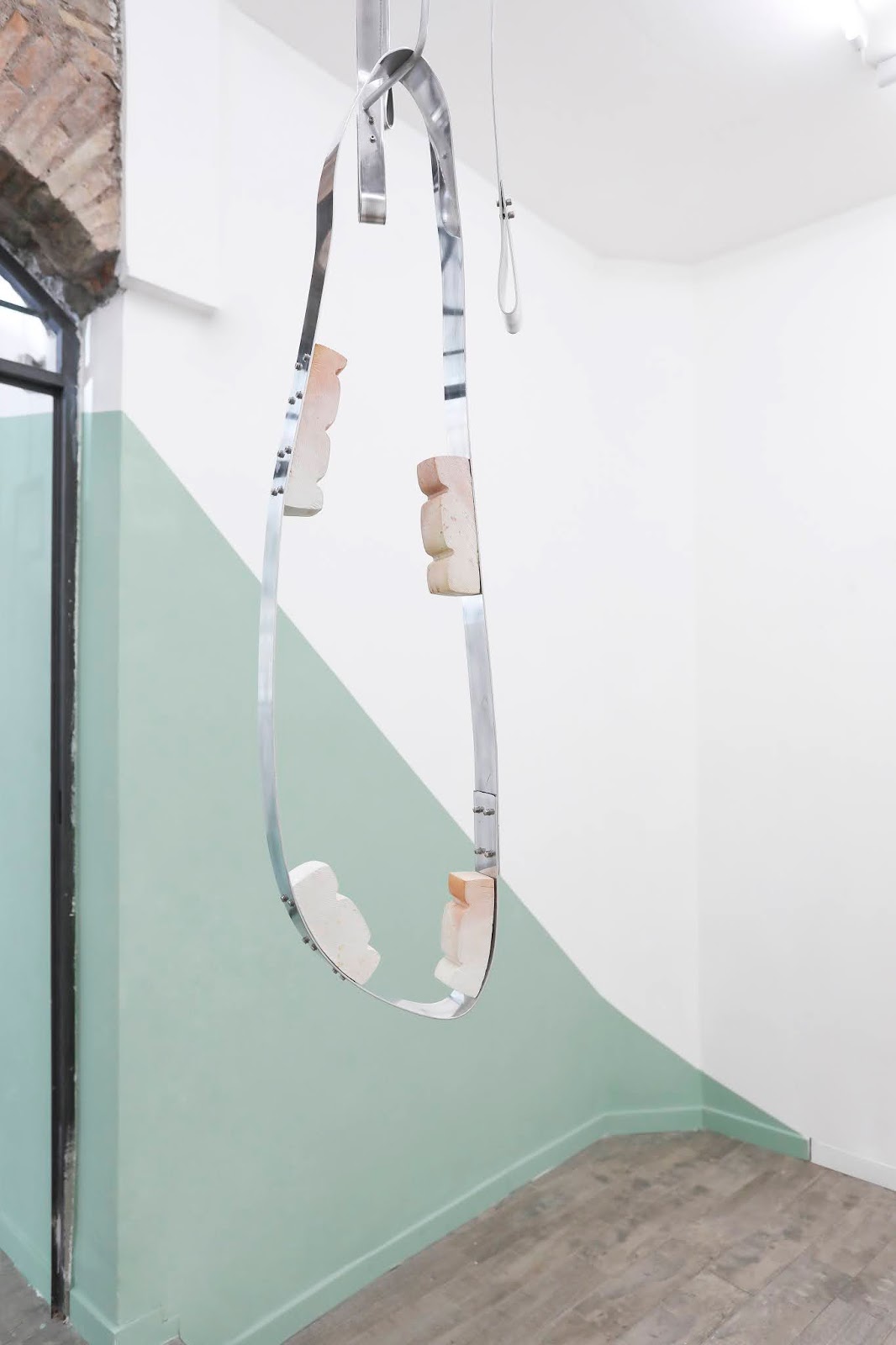 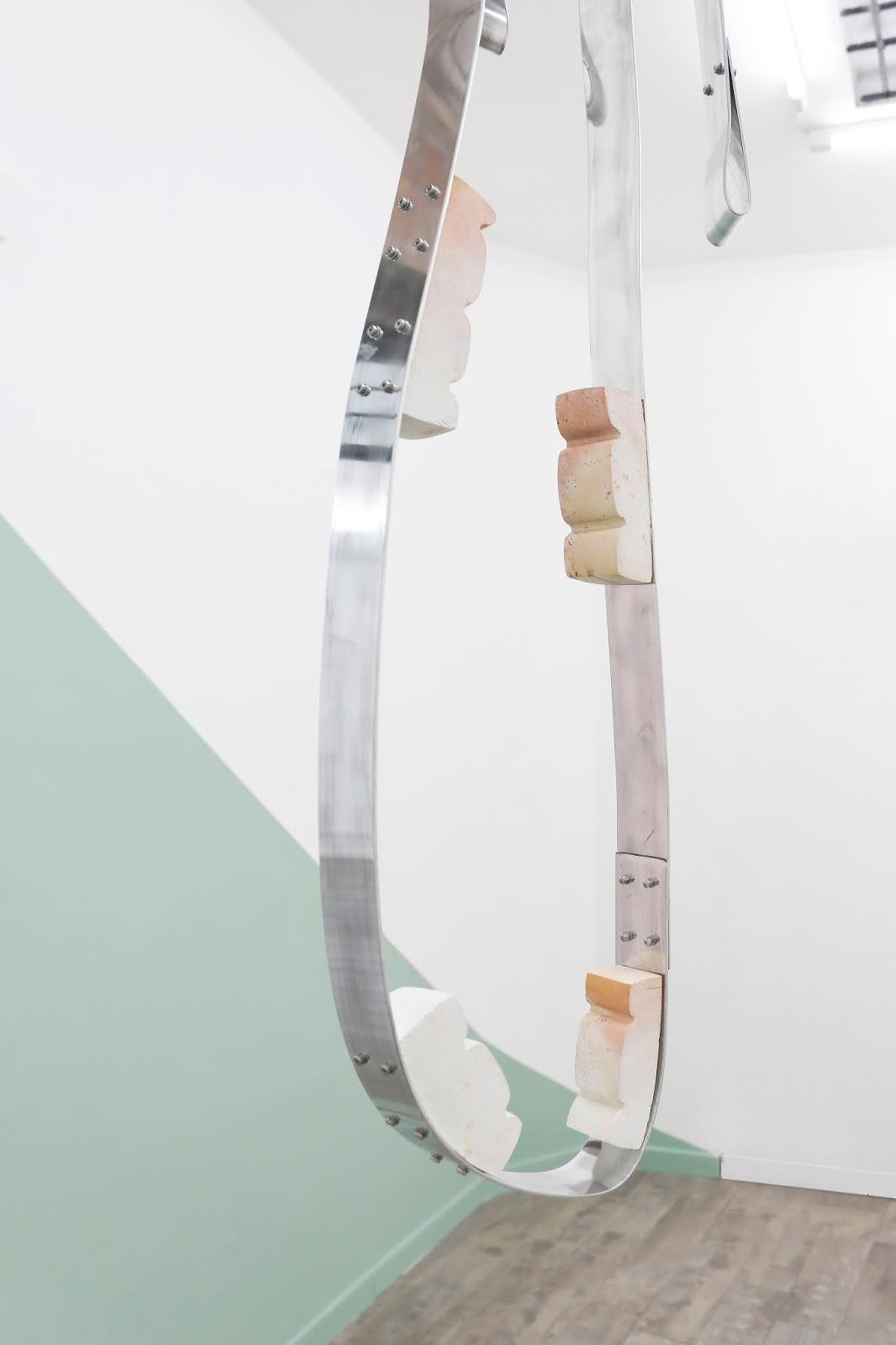 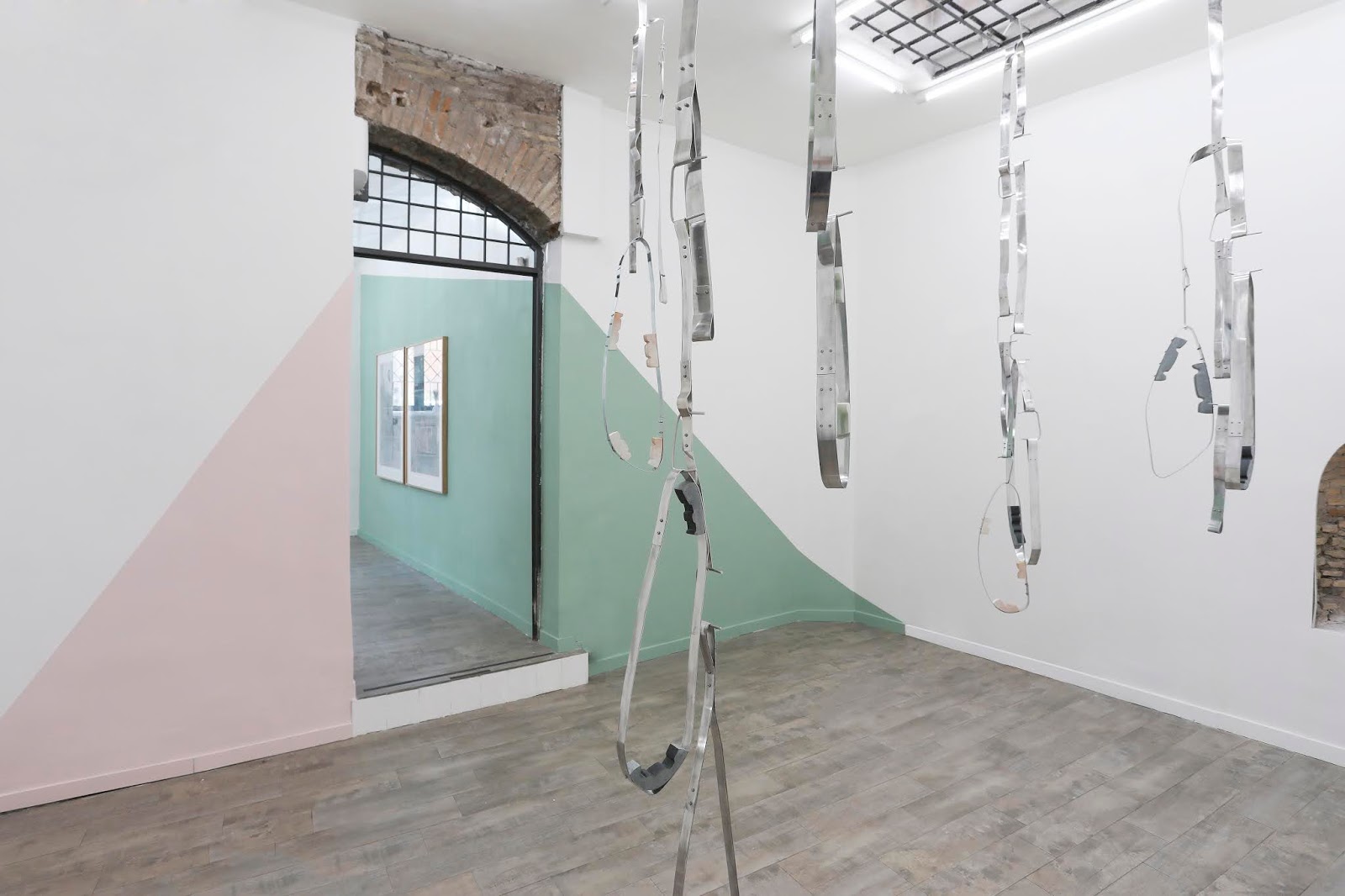 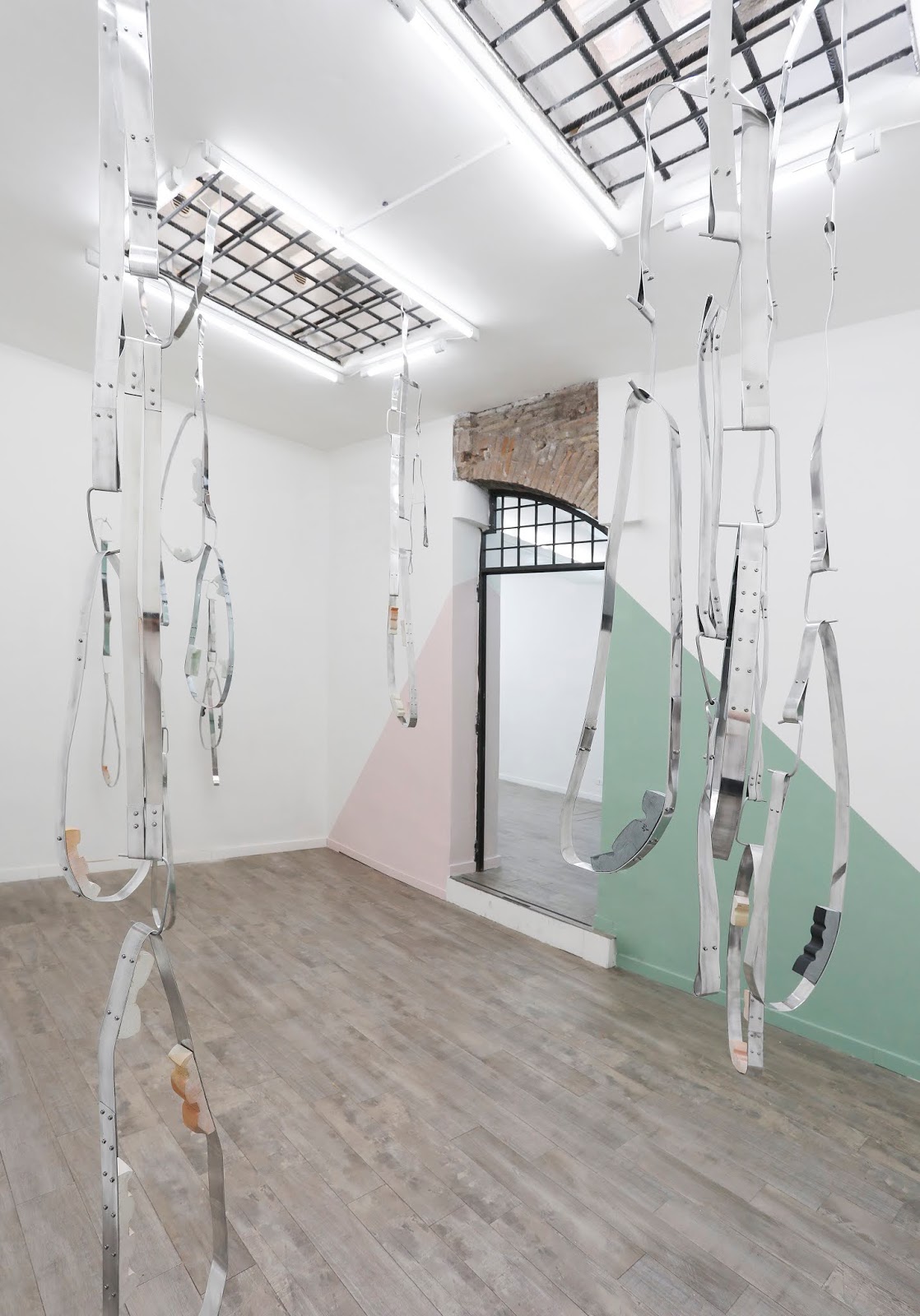 A confinement structure is a system built to stem a construction or a phenomena and to make the unstable and ambiguous controllable.


Exoskeletons defining a space and a time, enclosing what is inside them as shells protecting the inside from the outside and vice versa. As narrated in the Nonexistent Knigh, those armours often come to life keeping their shape and memories regardless their current content.

Mar Hernandez and Lisa Sebestikova focus their artistic researches on the space intended as a mold of memory. Their work develops around the concept of negative and positive, of containers becoming contents. Both the artists narrate what happened inside the spaces through the emptiness left behind but they do it following two opposite trajectories: Mar Hernandez by adding layers of memory into empty places and Lisa Sebestikova by creating artificial emptiness in saturated environments.

Mar Hernandez presents a series of new works that are a natural evolution of her historical research over memory layering. Using a delicate pencil draw, the artist adds imaginary furnish, inspired by her life, over pictures of abandoned buildings. There are often no real connections between those places and the elements added by Mar; the stories narrated by those artworks are always plausible but never real. The idea of the domestic environment conceived as a confinement structure has never been more universally shared. In this context the idea behind Mar’s research, where the space becomes the sole keeper of our everyday life, explodes with unbelievable strength. An old radio, a ruined frame or a shabby calendar on a wall becomes the symbols of a personal time, suspended over circumstances.

Lisa Sebestikova conceived the series of works for her first show in Italy after visiting Rome for the first time. The result comes from the collision between the human and architectural history of the city and her research based on the analysis of the space and the cancellation. The sculptures featured in the show are the result of this urgency united to the fascination of the artist towards the stone, primordial element of the city of Rome. Hanging structures of brushed aluminium softly occupy the space containing fragments of amber coloured soap-stone, both hard to touch and soft to sculpt. Those fluctuating shapes, reminiscent of the retaining armours enclosing the most fragile of the monuments, keep the visible trace of what they used to contain in the negative shape impressed over the stone fragments. Lisa Sebestikova revolutionizes those structures by depriving them of their function and changing their nature: the armour becomes the body and what was created to keep static suddenly become dynamic. Every sculpture is conceived to be in motion like Calder’s Mobiles and has an undetermined shape; they are all opened to be changed and re-assembled like open diaries telling infinite stories.