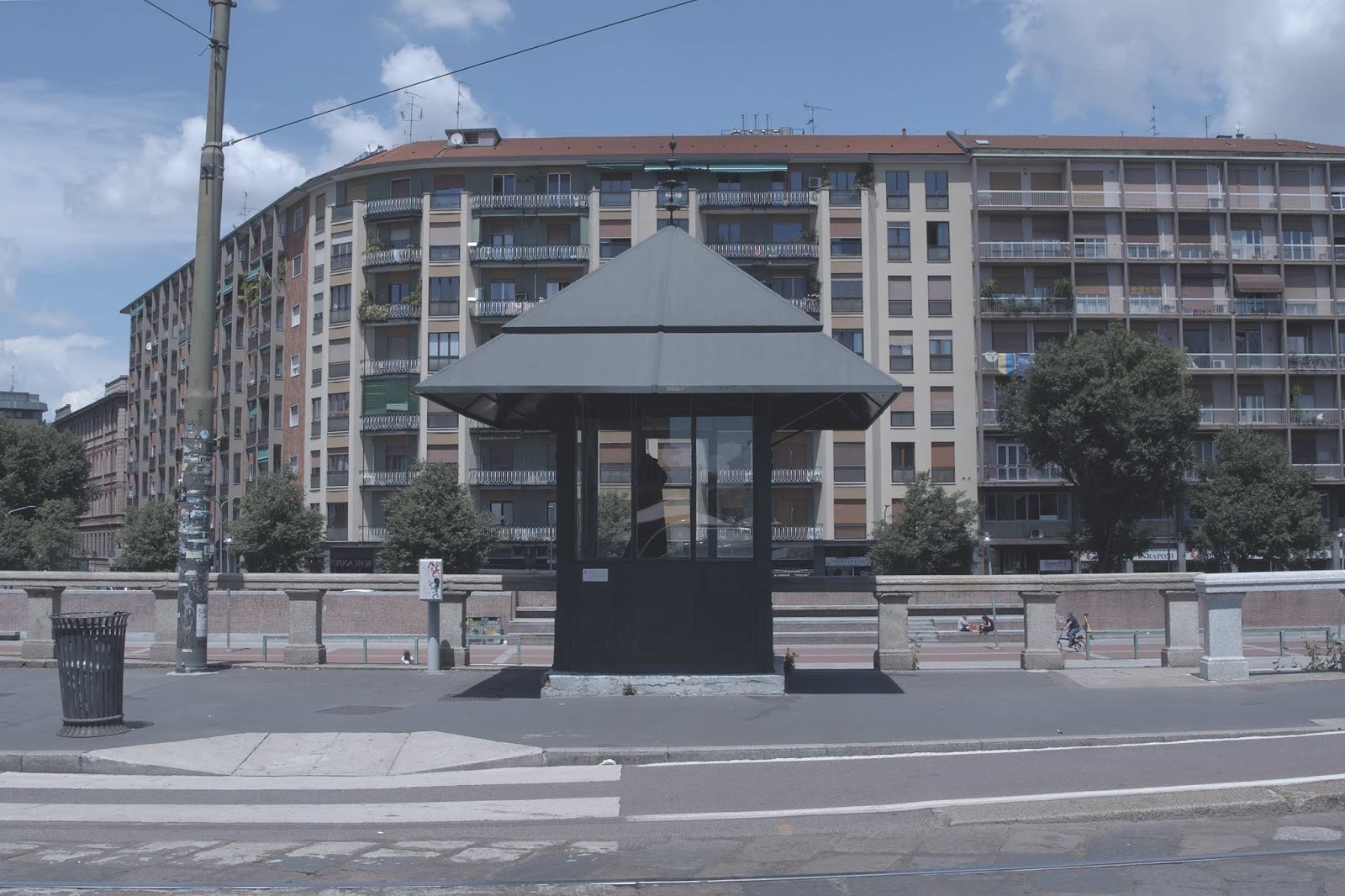 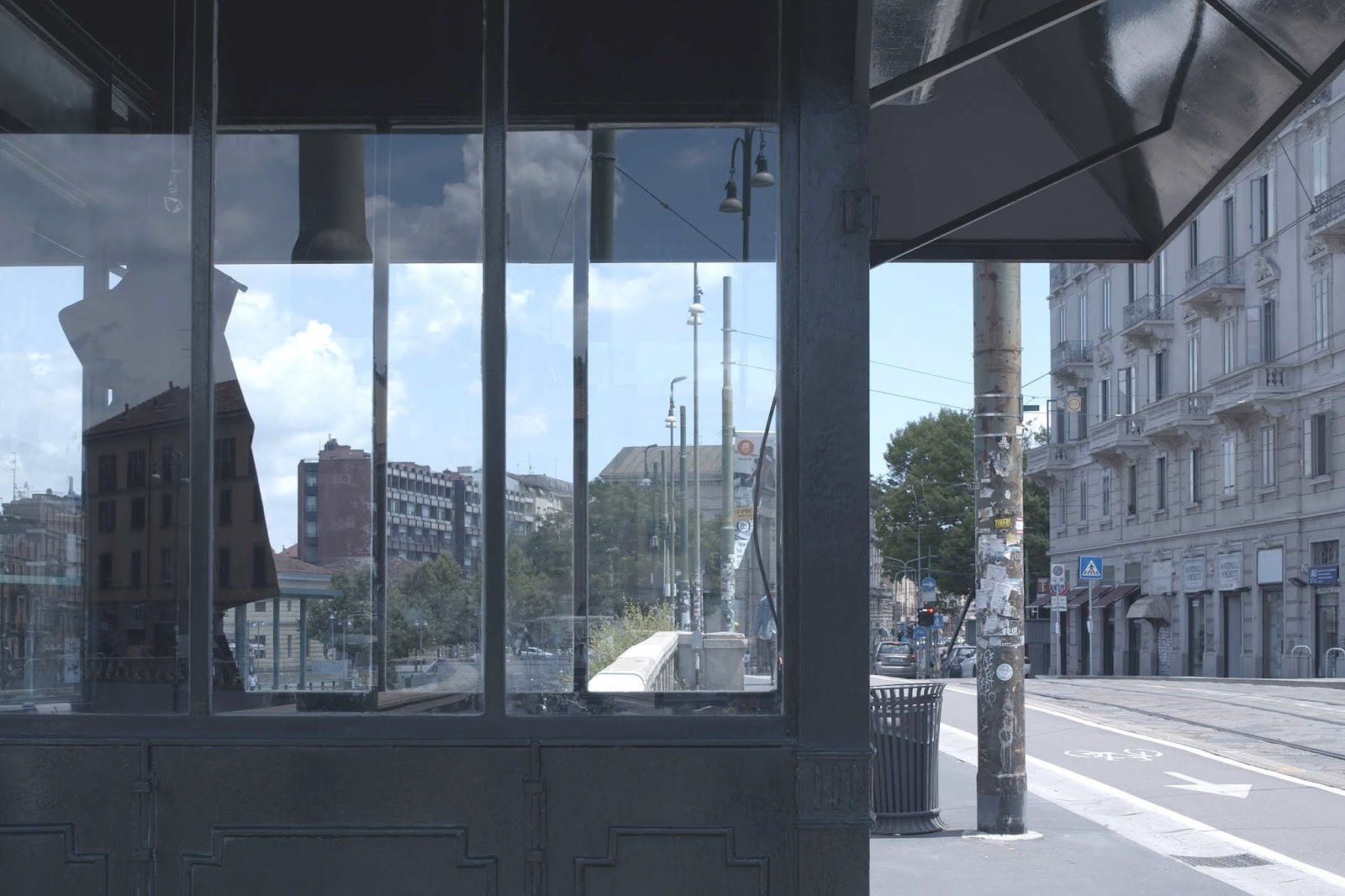 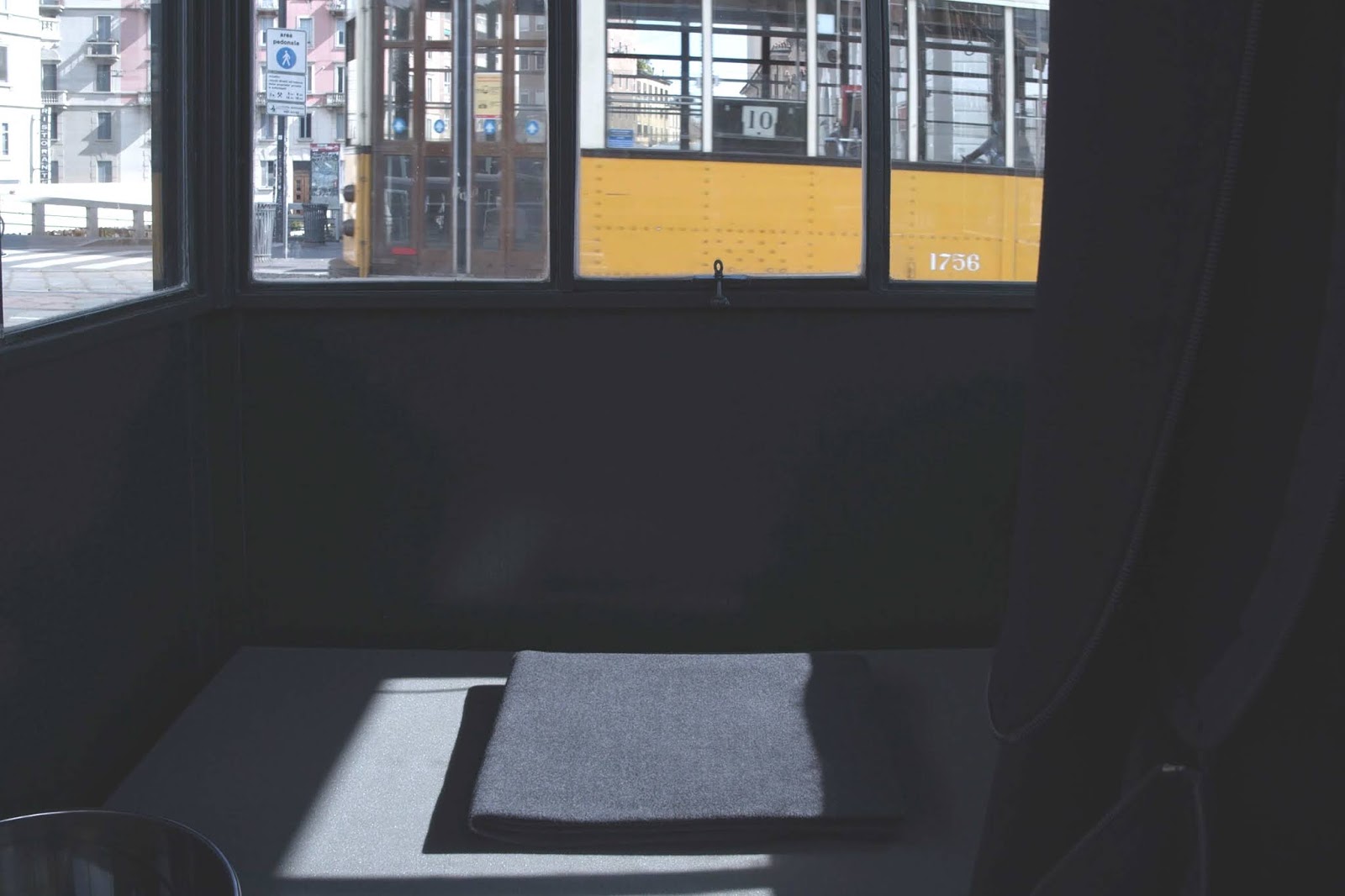 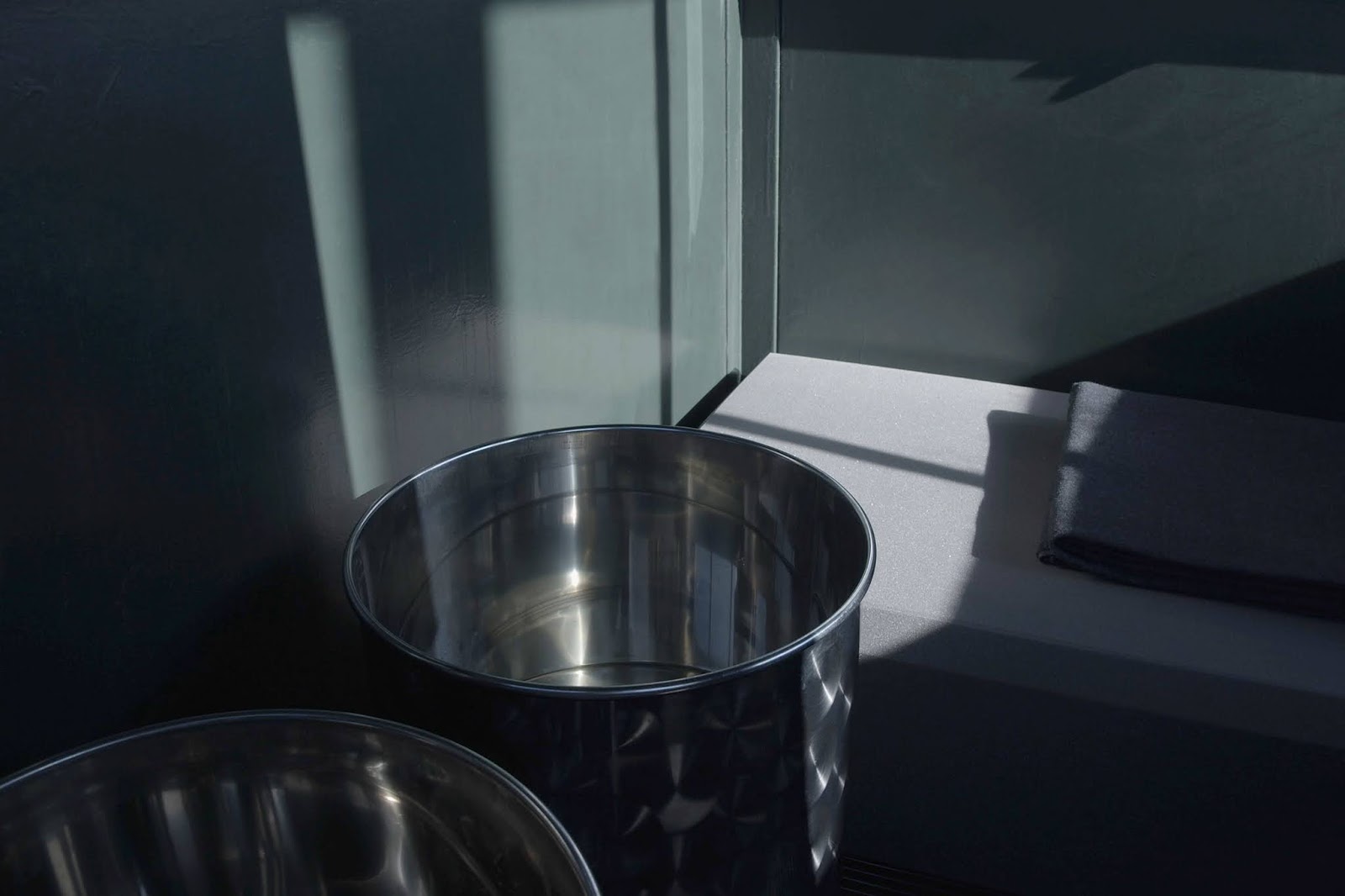 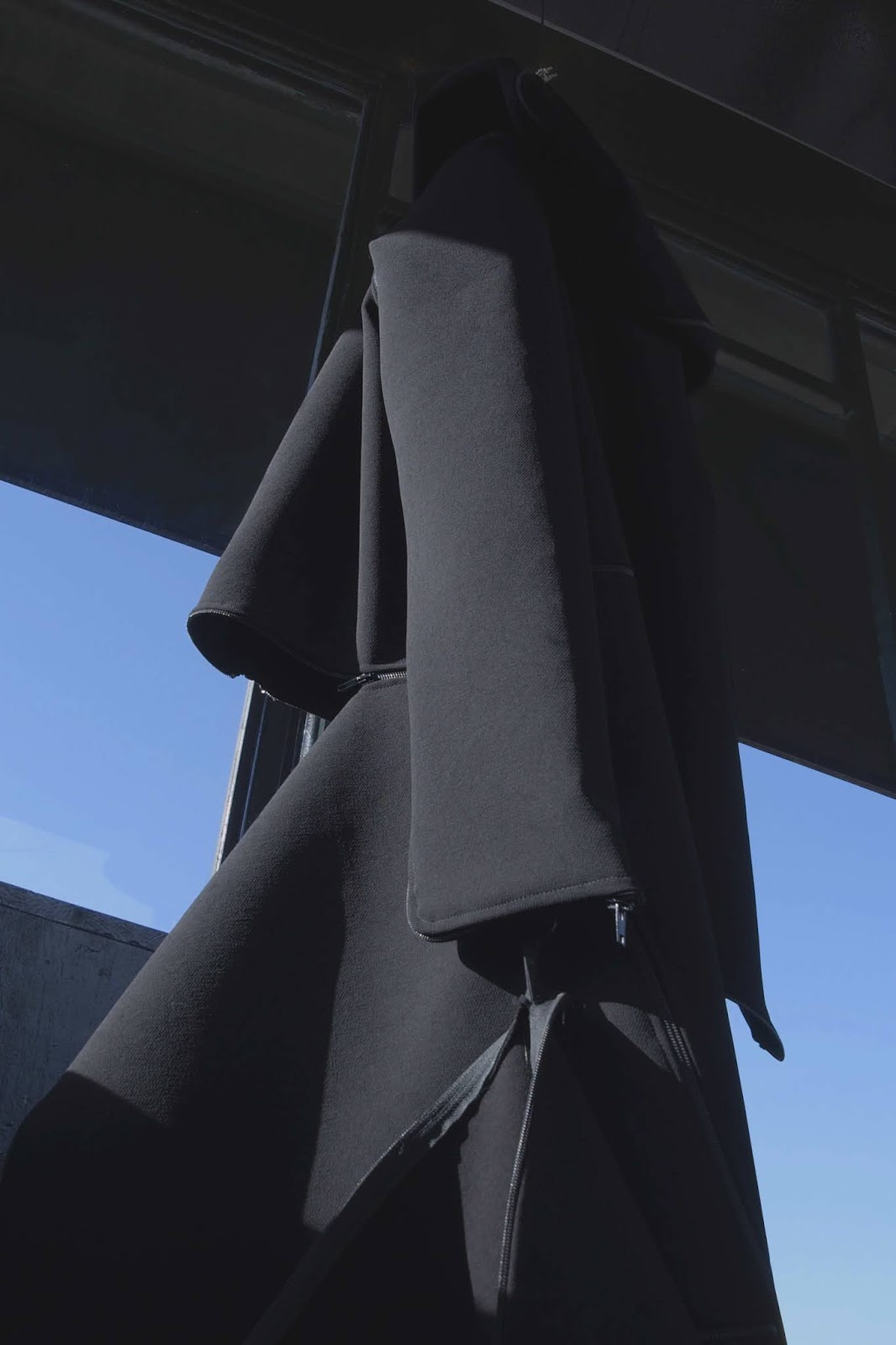 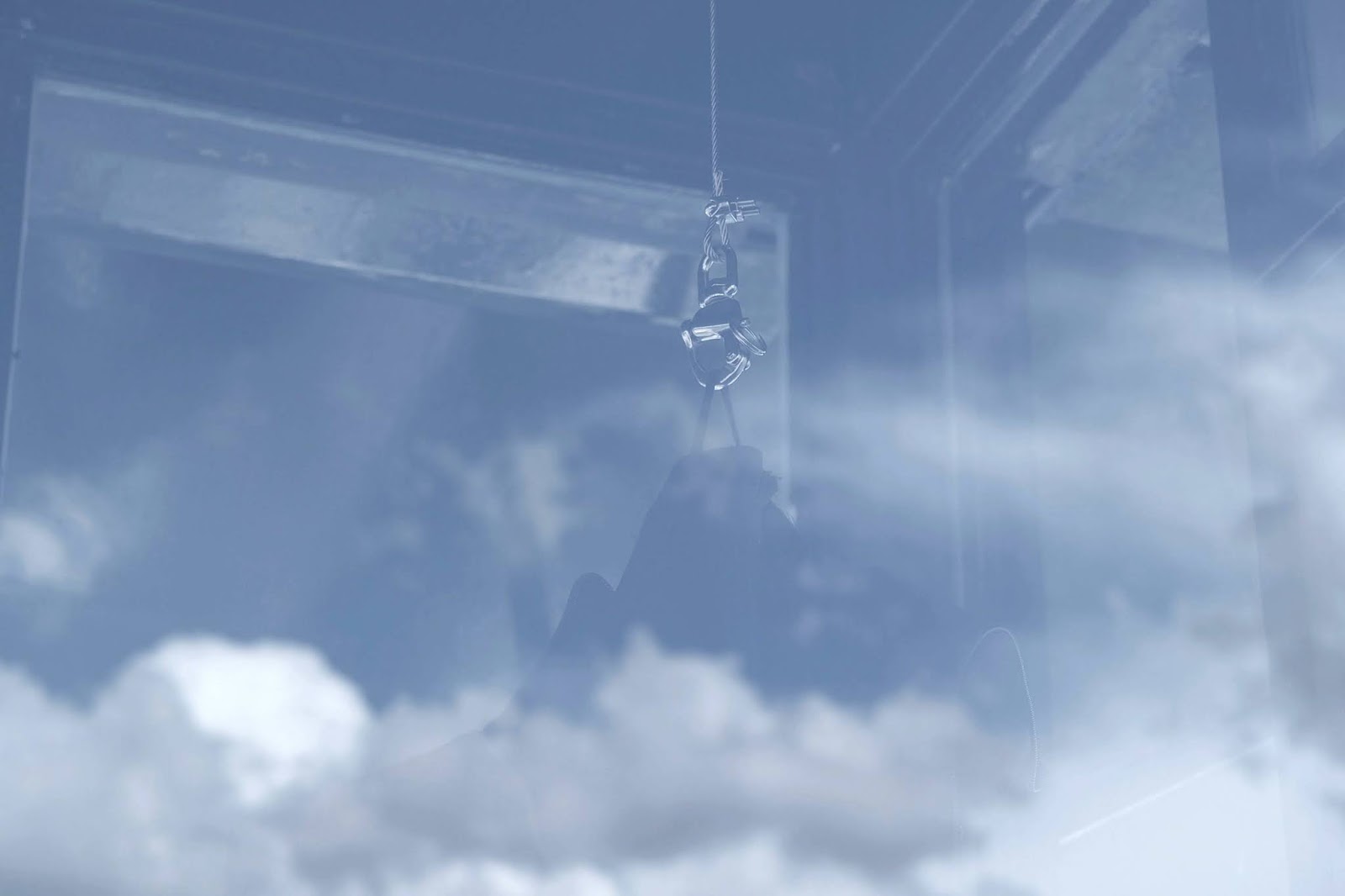 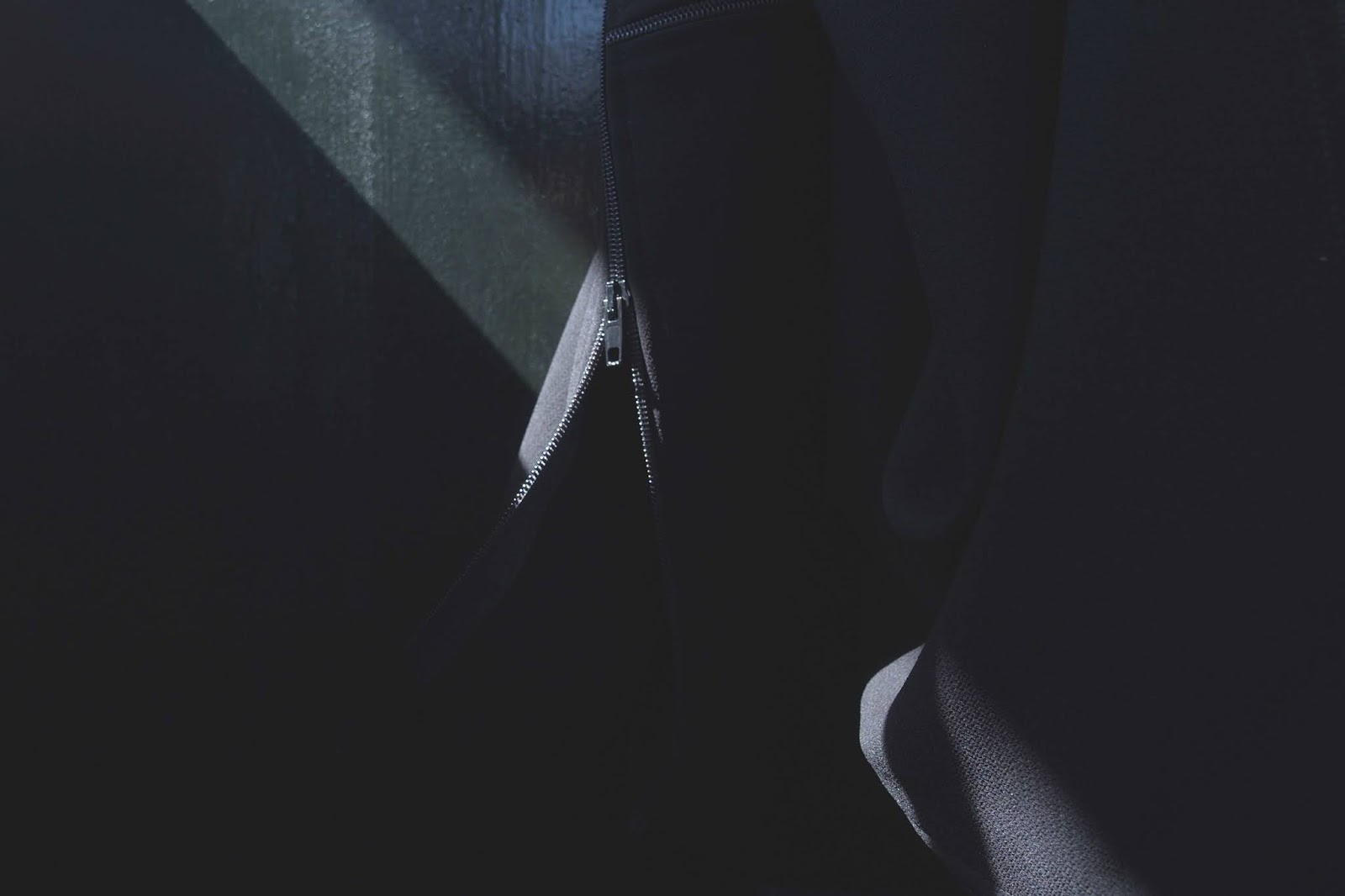 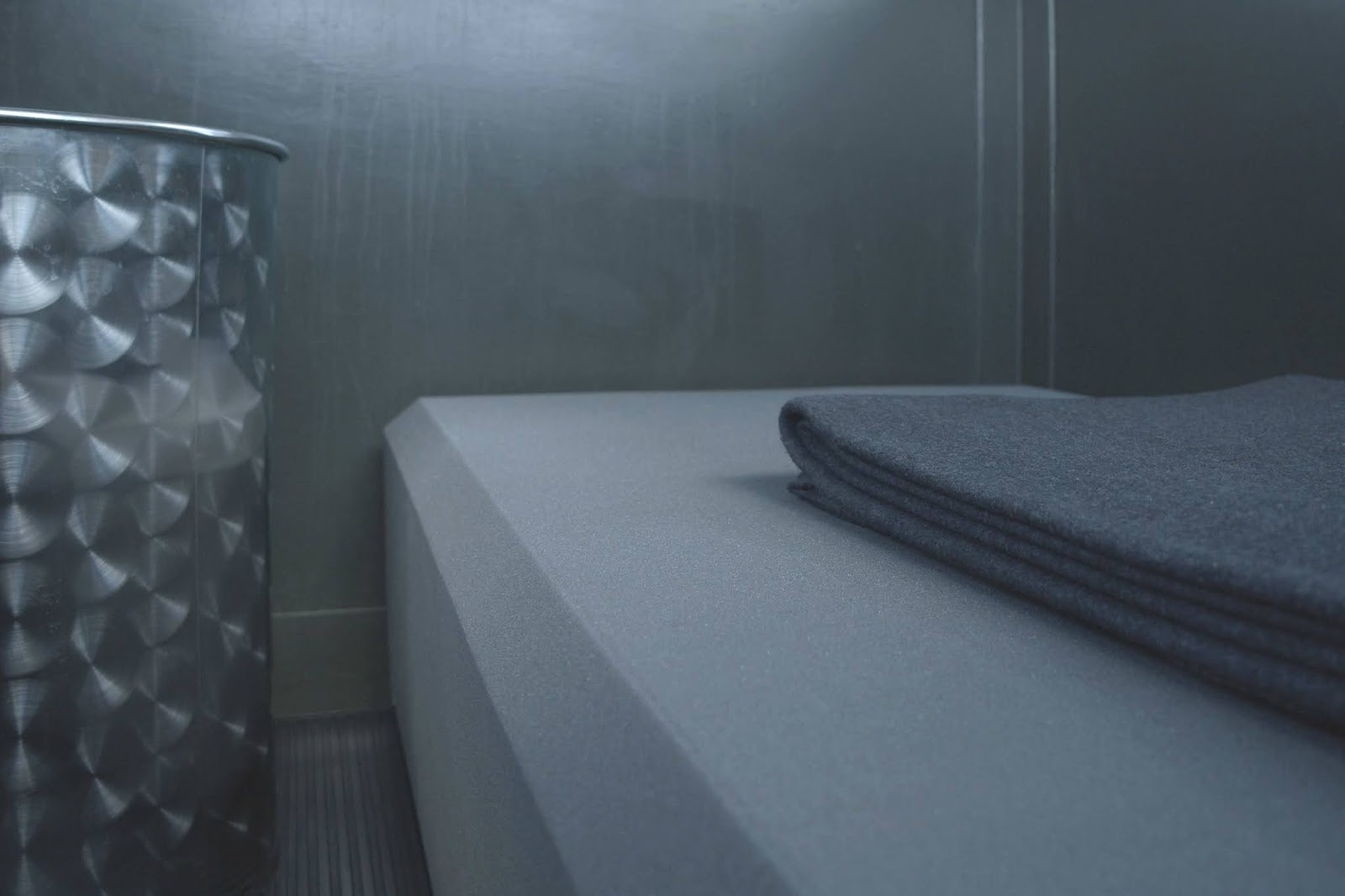 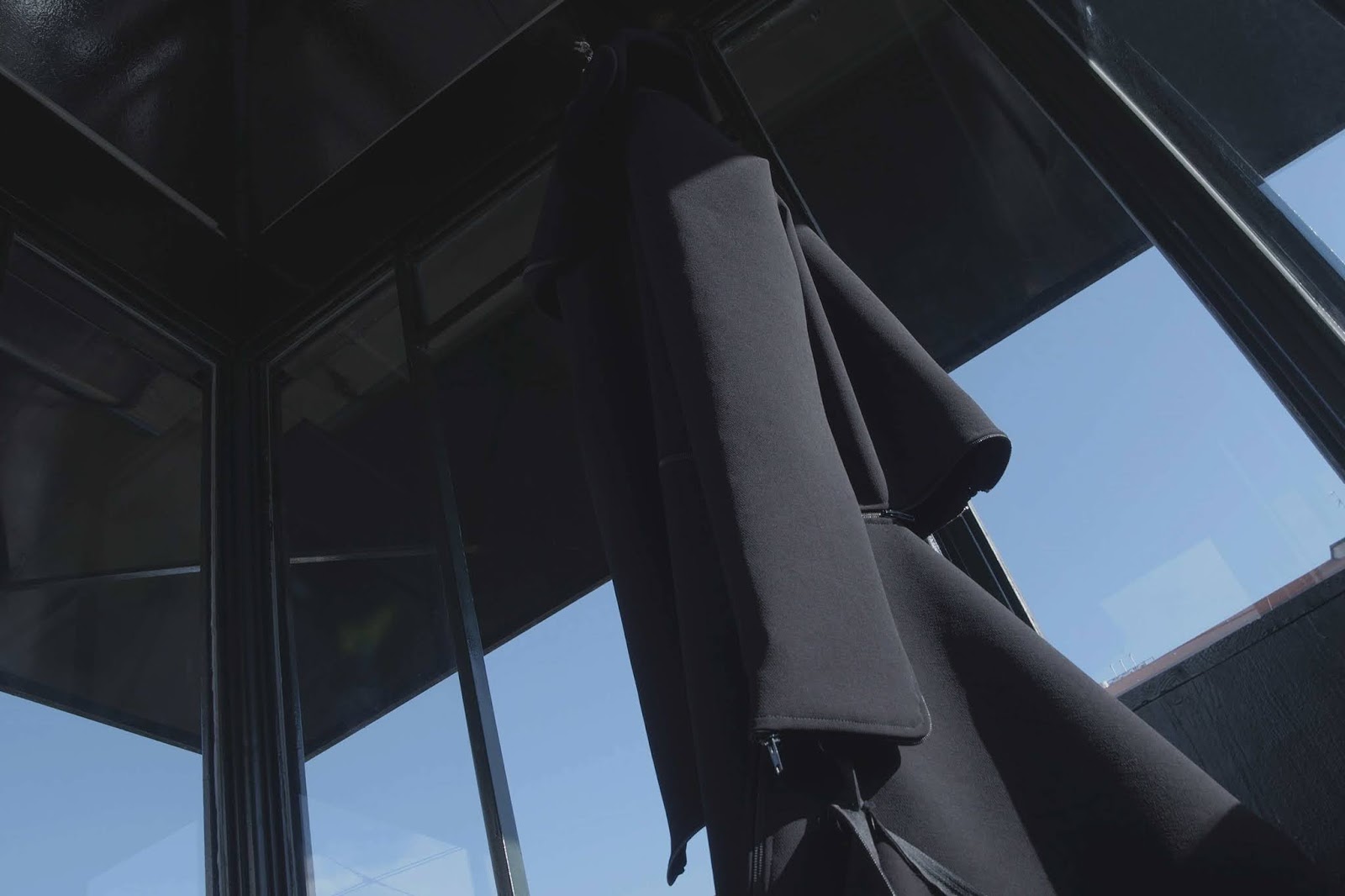 a thing that is LESS
appears serious

Das Schloss, he wrote
We all remember but
very few understand

what is in between China and Kafka?
a castle or a water field

one drink one rest
one drink two rest

I don’t remember
nor do I hear
all I can smell is the (water) scent
of my long (steel) vest
that wraps me and protects me
no eyes touch no skin
izolacija?

I would have prefered cement

Just as Rashid Uri's research is characterized by the use of fragile materials which contrast the formal rigidity that he seeks, COMPOUND is the cage / refuge in which austere tools for survival reflect simple human needs and feelings, charged by the constant search for the limit of human survival.

Uri intervenes directly from the inside of the architecture of the liberty kiosk, which also houses Das Schloss, the wearable sculpture created for Contemporary Attitude, in which he abandons the usual formal hardness, characteristic of his work, for the shape of the human body.

Inspired by Chinese compounds, closed-off and fortified architectural systems, Uri sees Edicola Radetzky as a locus rifugio. Essential objects are positioned in the limited size of the exhibition space, and a non-flexible survival system is outlined. The Das Schloss polyester coat is an ontological representation of the human figure and a "medium" for escaping the restrained space.

The name of the sculpture itself is inspired by the homonymous novel by Kafka and contains multiple meanings: the more common being castle, palace, but also closure, that phonetically resembles "schluss" - end, conclusion.

Rashid Uri (b. 1982, Pescara, IT) lives and works in Pescara, Italy.
The artist’s practice was cultivated in the studio under the mentorship of his father, an artist, curator and founding member of Museo Laboratorio Città Sant’Angelo PE; Uri has exhibited throughout Europe and recently at Central Park Gallery Los Angeles. He operates SOYUZ Project Space in Pescara with writer and independent curator Marialuisa Pastò.
His work is the result of a research that takes isolation from its widest meaning as a starting point. Through the use of building insulating materials and other media, He create works with extreme rigor and seemingly impenetrable, while at the same time preserving the discreet richness of the details proper to the textures of the chosen materials.
Rashid Uri explore a possible architecture, rigid, almost rationalist and precarious at the same time, made of fragile and light materials but with an extremely solid structure, which generates physical and imaginary spaces on the edge of the paradox between refuge and punishment.

Contemporary Attitude is a contemporary art platform that focuses its research on the relationship between art and fashion. Since January 2019, numerous artists are involved in the design and production of clothes and accessories, artworks, wearable sculptures. Recent evolutions of the project include the creation of an online archive dedicated to sculptural objects and wearable artworks, leading to a categorization of the artistic research and its relationships with fashion into a practice always present in the artistic language.
www.contemporaryattitude.com
Tags Contemporary Attitude, Edicola Radetzky, Lazy exhibitions, Milan, Rashid Uri, solo show
Newer Post Older Post Home