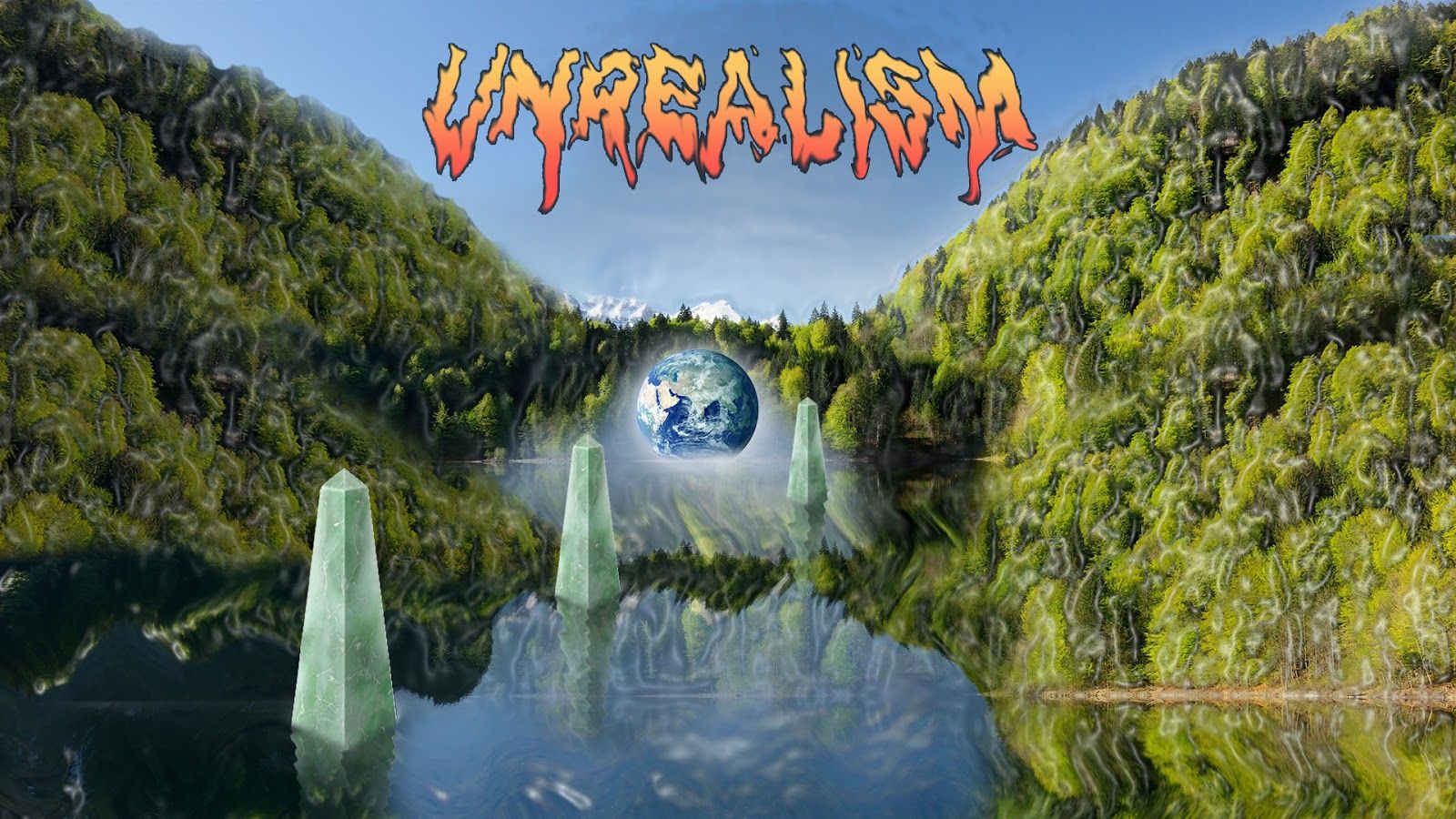 Every second of the day, every day, billions of users log on and never before, has there been so much talk about the effect of culture on civilization. Not on one civilization but all civilizations because we live in an era of bleed. Even those unconnected feel the effects of connectivity. Be it from the physical electromagnetic waves or the trickle-down political heat stoked online and other clickbaitable lifestyles that become rogue and inevitably vogue. The latter examples are the latest public revelation in digital connectivity, the passionate transfusion of matter into mind, but can we state this as new, not really our minds have always been a hotbed of collectivity. Voluntarily or not, we are made up of others. Yet we
declare ourselves singular souls in the west at least. “Unrealism” is the latest immersive project by Omsk Social Club to unpack the unique ontology of the digital being in relation to collective identity. 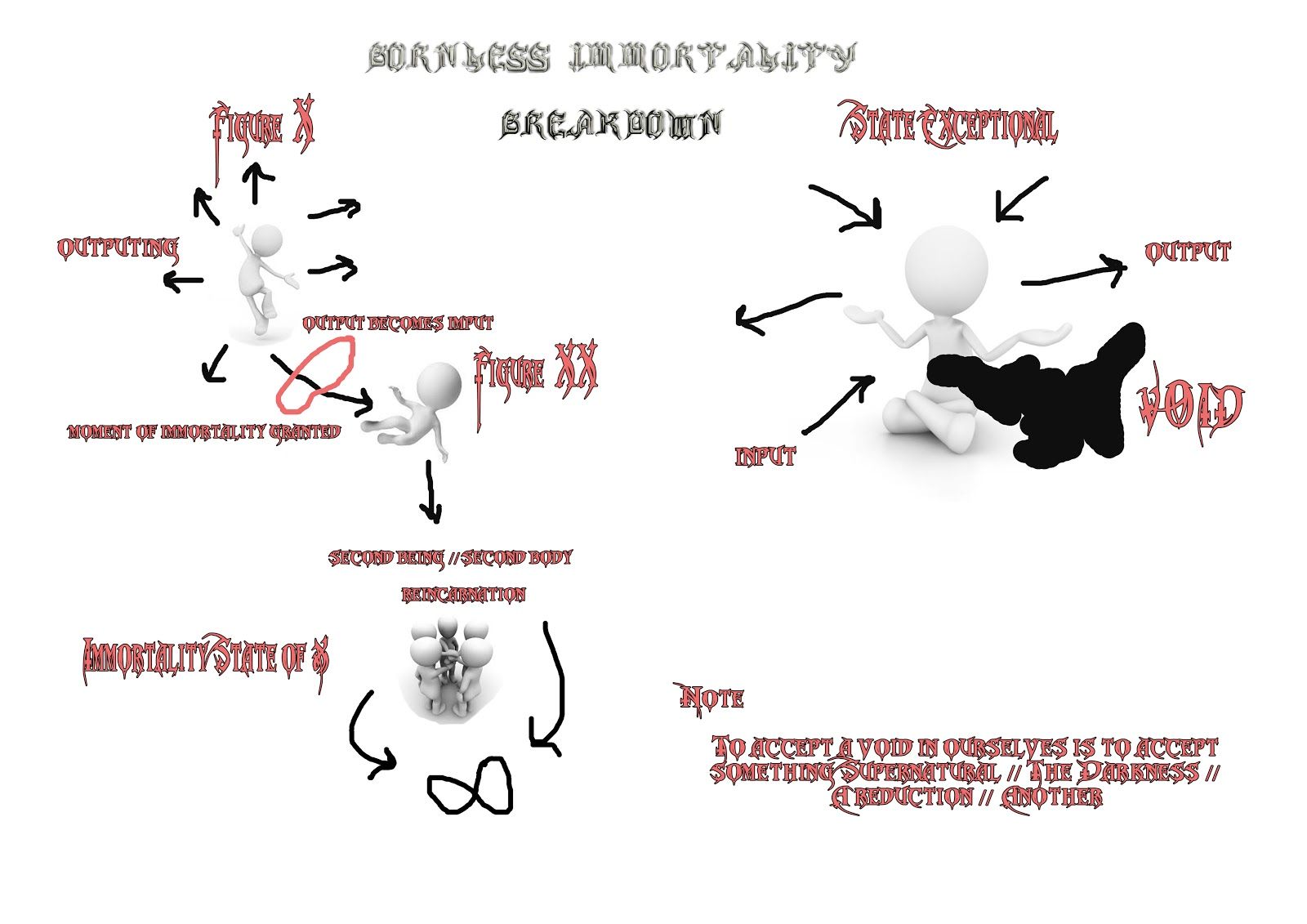 Today the carving of a digital identity becomes the foundational tool of knowing oneself, true or otherwise. Eastyn Agrippa - an unknown author became driven by this phenomenon and decided to begin to sculpt identities that could survive only online. This became an obsession for them and after a year of living multiple identities over 3 different time zones. Agrippa decided to live 58 days online, only using physical space for existing but never leaving that realm bodily. This would be their first book - their memoir of an online paradise.
Agrippa, as a personality was by no means on the brink of hikikomori . Agrippa was, in 1 fact, a character who devoured experiences, this has been the latest in a long list of extreme behavioural patterns they had developed in the name of art. Agrippa was not shy of their experiments and one night started pitching this new line of inquiry to a friend who convinced Agrippa to take the piece to the next level - “let the collective hive mind help you live this, do this on Twitch”, an online video streaming platform that is mostly used for Esports, video game competitions. This new direction drove Agrippa further into a frenzy of gamifiying
and tokenizing the life they were about to embark on. Agrippa then sent a telegram message to a curator they knew, asking if they might be interested in presenting it, naturally one needs an audience base beyond their own social circle for this experiment to really be interestingly Lived.
1 Hikikomori is a psychological condition which makes people shut themselves off from society, often staying in their houses for months on end. Its is estimated there are at least half a million of them in Japan. It was once thought of as a young person's condition, but sufferers are getting older and staying locked away for longer reports say in 2019.

Over the years many postmodernist theorists and thinkers have argued against an authentic self arguing that the self is a variable. A social construct created by cultural components and historical narratives. This has lead to a crisis of being rather than a celebration of self-flux. Digital technology has become an active test-bed potentially unknowingly for both sides of the argument. The traditional solid-state self, the authentic you was proposed as the foundations for such social networking platforms like Facebook, Myspace etc, you could build the true you, what’s on your mind so your “friends” could see your life unfurled in real-time rather than waiting to meet you IRL. This belief of the “true self” was so effective
online through such nodes that the user on the other end rarely asked, “How do I know you’re the sentient being I wish to connect to and not just a simulacrum?” In recent years we have begun to acknowledge the use of simulacrum farms and individual imitation beings aka catfishing. Yet it is more likely we believe the other node to be of a sentient nature first and foremost. On the other side of the spectrum, the internet also gave birth to the avatar, a shadow being that the user or multiple users in the case of gaming could
inhabit the skin of. The rise in the culture of avatars seems to declare human identity as a creative occasion for a long-overdue investigation into the notion of the self. Since the early days of online role-playing - stemming from the swollen world of the Dungeon and Dragons that took on a digital formation, the intensification of othering seems to have reached a new precedent. One 2 where the users do not only explore with the phantasms they create but they, in fact, become them inside this fresh layer of Maya3, the online world.
One extreme example of becoming other is in the rise of the influencer a much-explored topic in both arts and theory. But a slightly less trodden path of investigation in this realm is the collective body behind the influencer or in fact any avatar. We can realistically argue that every influencer is shaped from an unseen backend of users, the likes and interactions create the architecture of the avatar. Types of behaviours are accentuated in order to gain attention and therefore interaction - after all, there is little fun in playing by oneself in a lonely chasm of your own making. Each character that is birthed is colonized by the actions of
others. Attention is what is shaping these identities, even if it is a one-on-one case of interaction, a love story or catfishing fraud. These social spaces give way to virtual theatres and the avatar becomes the performer apart from rules differ from a traditional theatre because the audience can try to author the play as it is been played out and it can be dubbed as non-fiction to the viewer and by the viewer. This method of collective active narration is the root of our artistic practice, we call this technique Real Game Play4
(RGP) and it informs our practice wholly. Yet up until now we have worked with physical incarnations of our own world scenarios - Unrealism is the first time we will become written in real-time vulnerability.

2 The use of Othering is in response to Hegel who stated in The Phenomenology of Spirit (1807) that the concept of the Self requires the existence of the Other as the counterpart entity required for defining the Self. He introduced the concept of the Other as a constituent part of self-consciousness (preoccupation with the Self), which complements the propositions about self-awareness (capacity for introspection). The use of othering in this case is a radical othering of oneself by oneself.
3 Traditionally in Hindu culture and New Age Spirituality, devotees would seek to free themselves from maya, which references the deluding power of Nature. This is directed at the illusionary world that we are ultimately embedded inside due to the clutter of humanity. Such devotees aim to free themselves through sacred rituals such as meditation.
4 A live action role-playing game (LARP) is a form of role playing game (rpg) where the participants physically act out their characters' actions. Real Game Play (RGP) *mutation of rpg see above, is a combination of Larp and your own identity/lived experience – think of it like a meta-structure of you and the character given to you to act out. Source: A subjective rationale for LARP and RGP by Omsk Social Club 2017 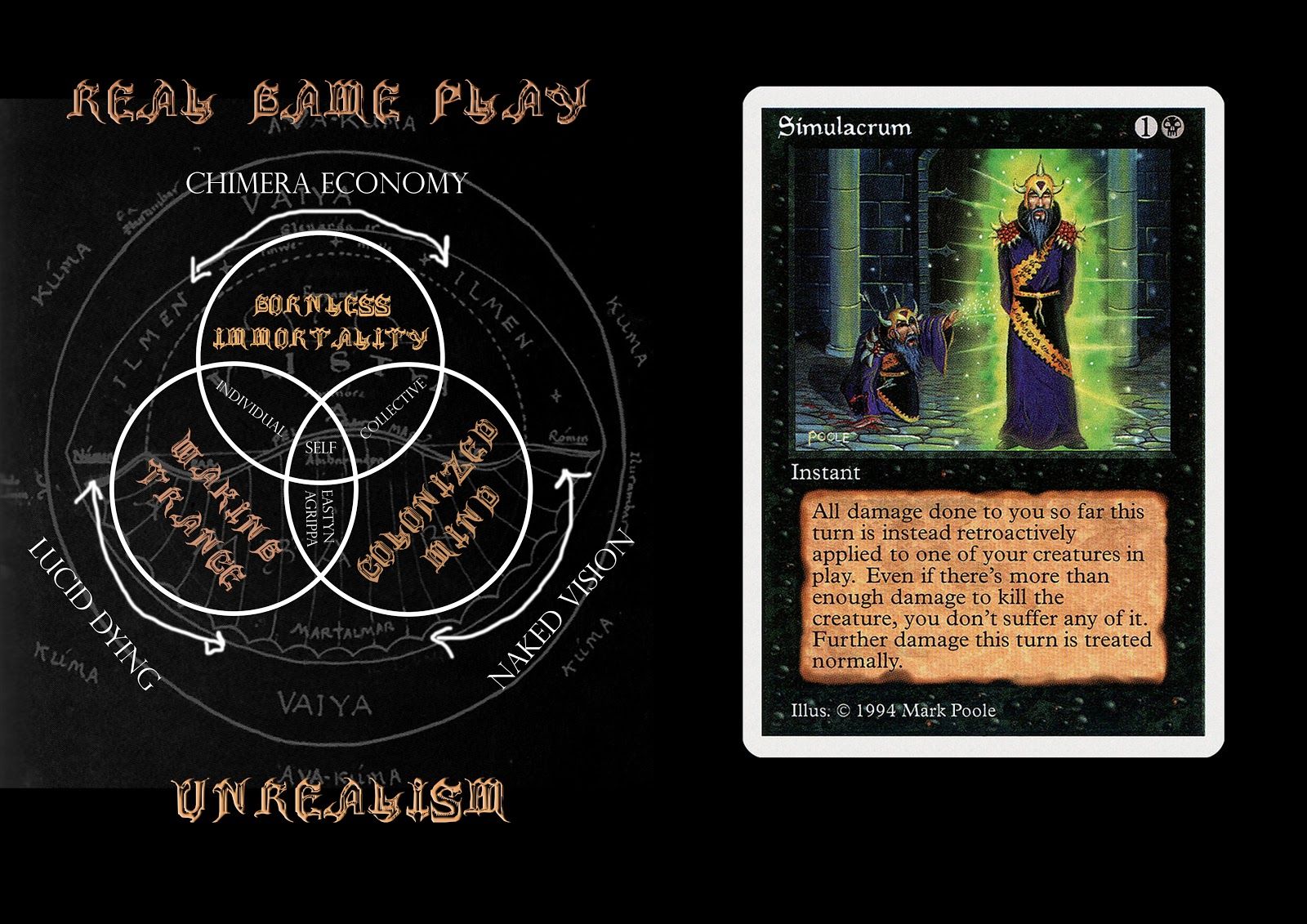 In 1967 Guy Debord published the philosophical, Marxist reading “Society of the Spectacle” in which he traced the development of modern society - which he believed was now a mere representation that has replaced “authentic social life”. In a sense, Debord's, writing could be seen as a prophecy, he notes the spectacle obfuscates the past, imploding it with the future into an undifferentiated mass, a type of never-ending present obscuring any sense of reality and in turn with no grasp of reality. The spectator can never revolt as the reality they know is immaterial. Yet the idea of separating life from culture is an attack on culture itself, how can one remove culture from life or vice versa and still find value in it. Debord's aim
was "to wake up the spectator...through radical action in the form of the construction of
situations...situations that bring a revolutionary reordering of life, politics, and art". The proposal of Omsk Social Club is to sit inside the spectre’s mouth and fabricate a living ethnographic novel over the biggest spectacle of our time “The Internet” through the alias Eastyn Agrippa .5

5 Unrealism is a 58-day Real Game Play immersive work commissioned for “For Eintritt in ein Lebewesen – Von der Sozialen Skulptur zum Plattform-Kapitalismus” by Omsk Social Club which will take place over the duration of the exhibition in three spaces, the gallery, a secret location and the world wide web. It runs continually over eight core players and an infinite number of public players. It is the longest durational work of its kind to date.

SCREEN CAPTURES FROM PROJECT WHILE LIVE 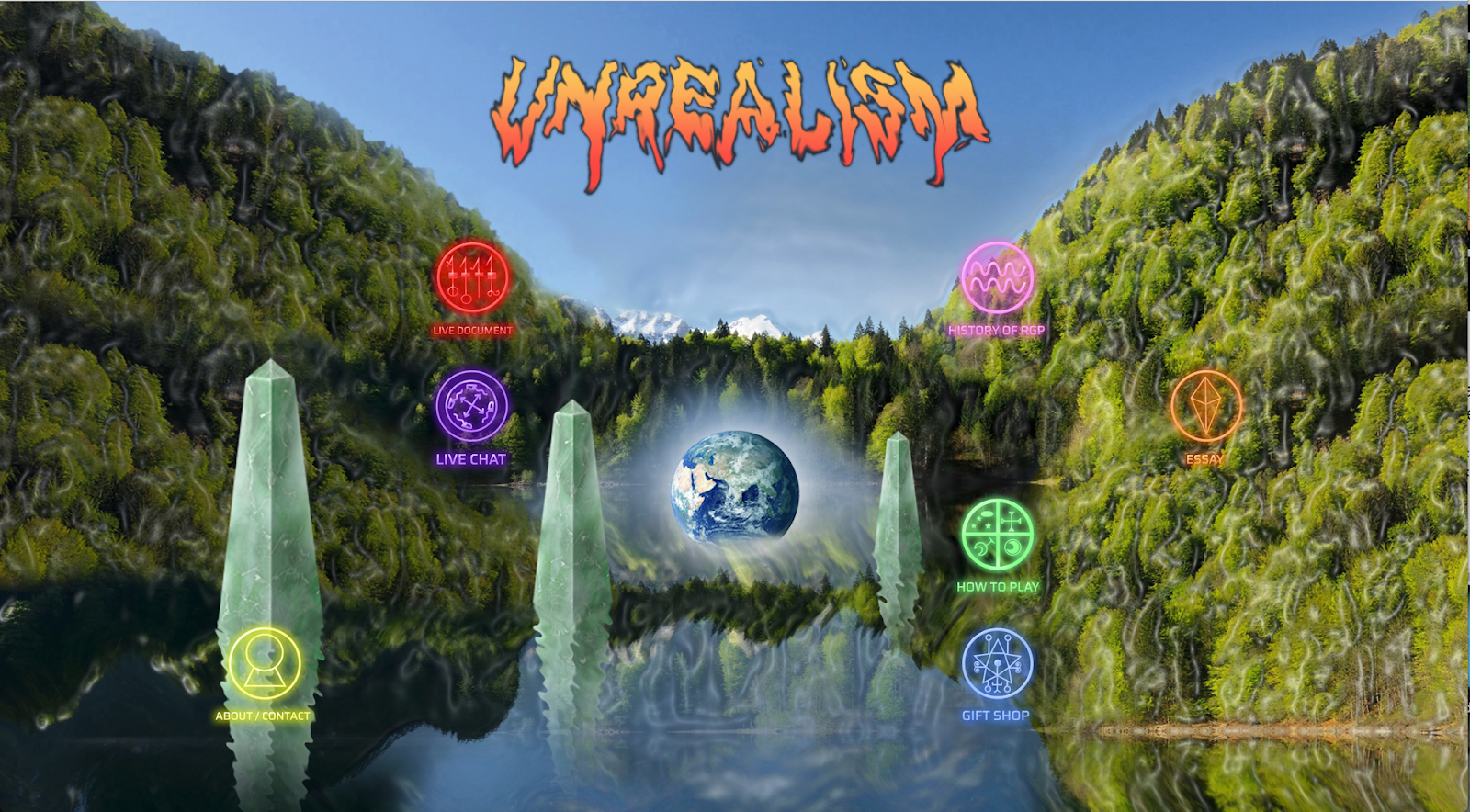 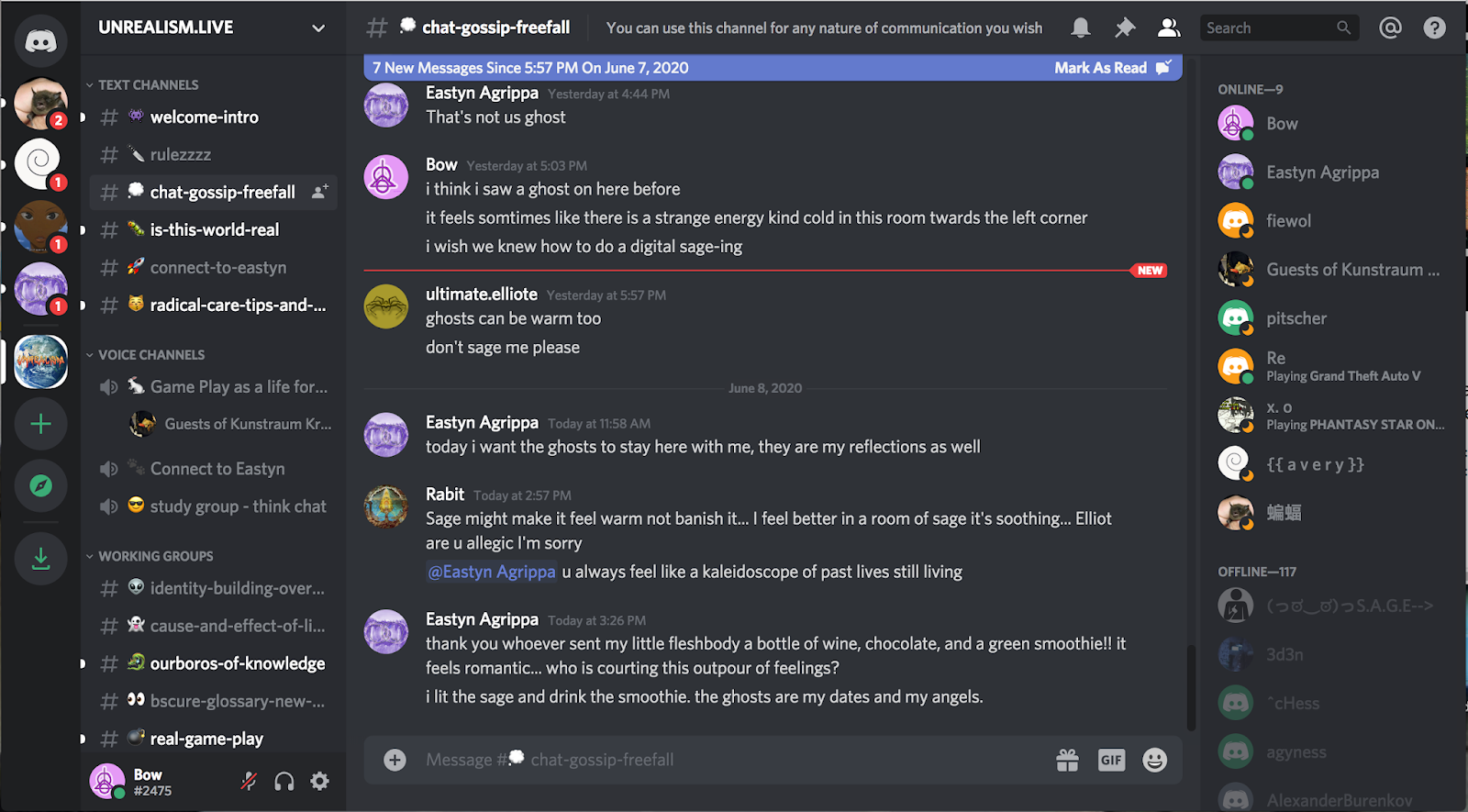 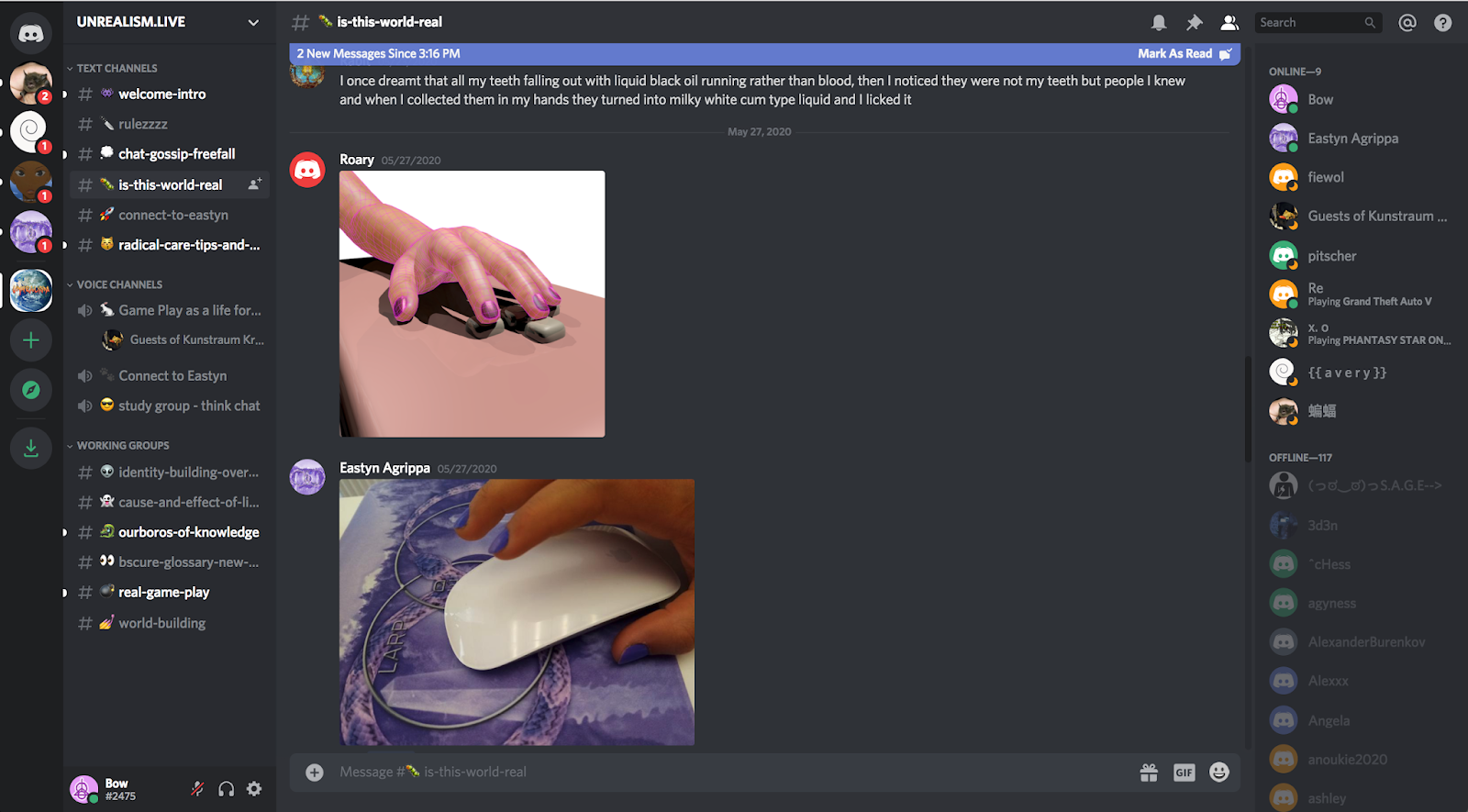 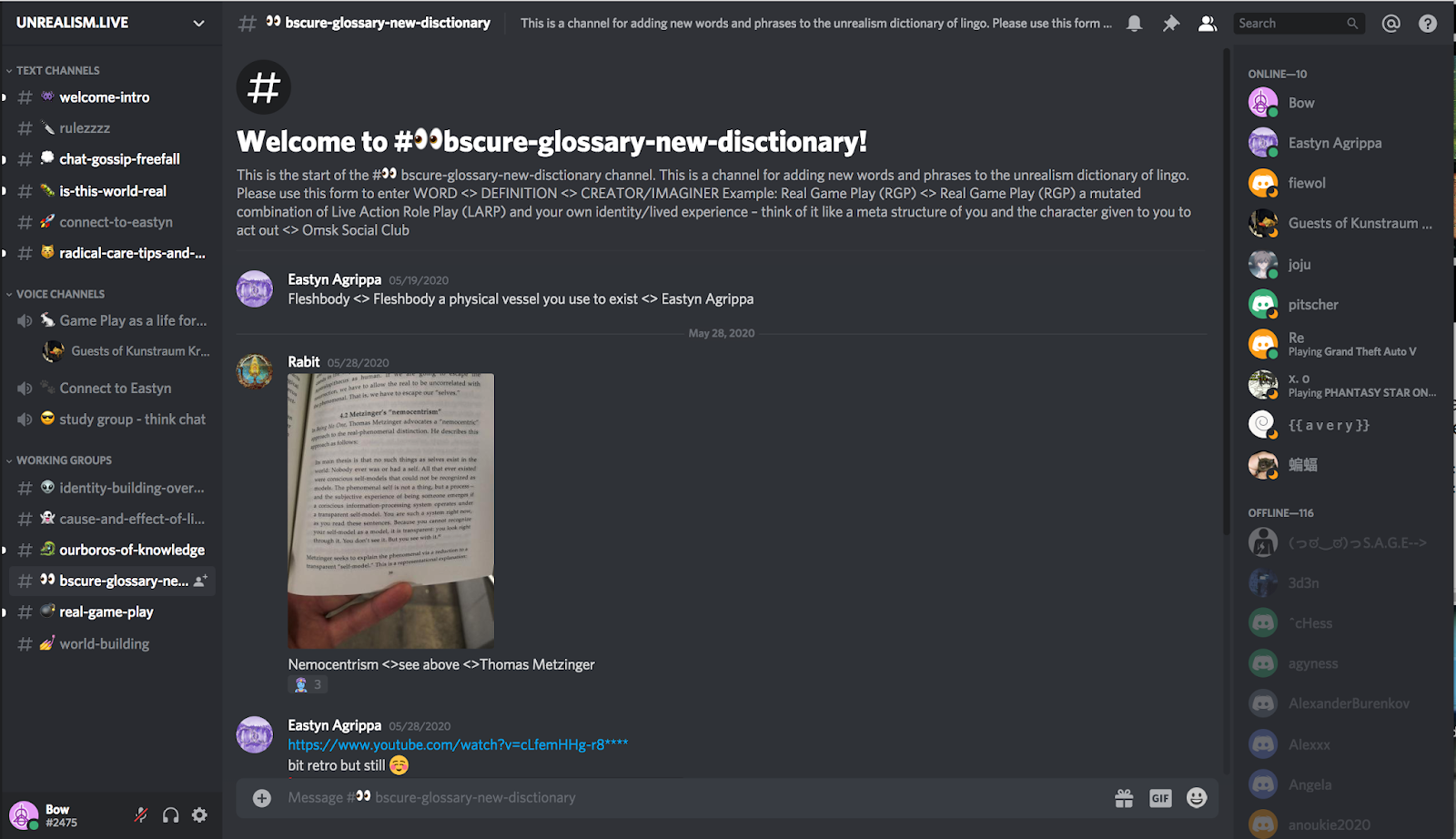 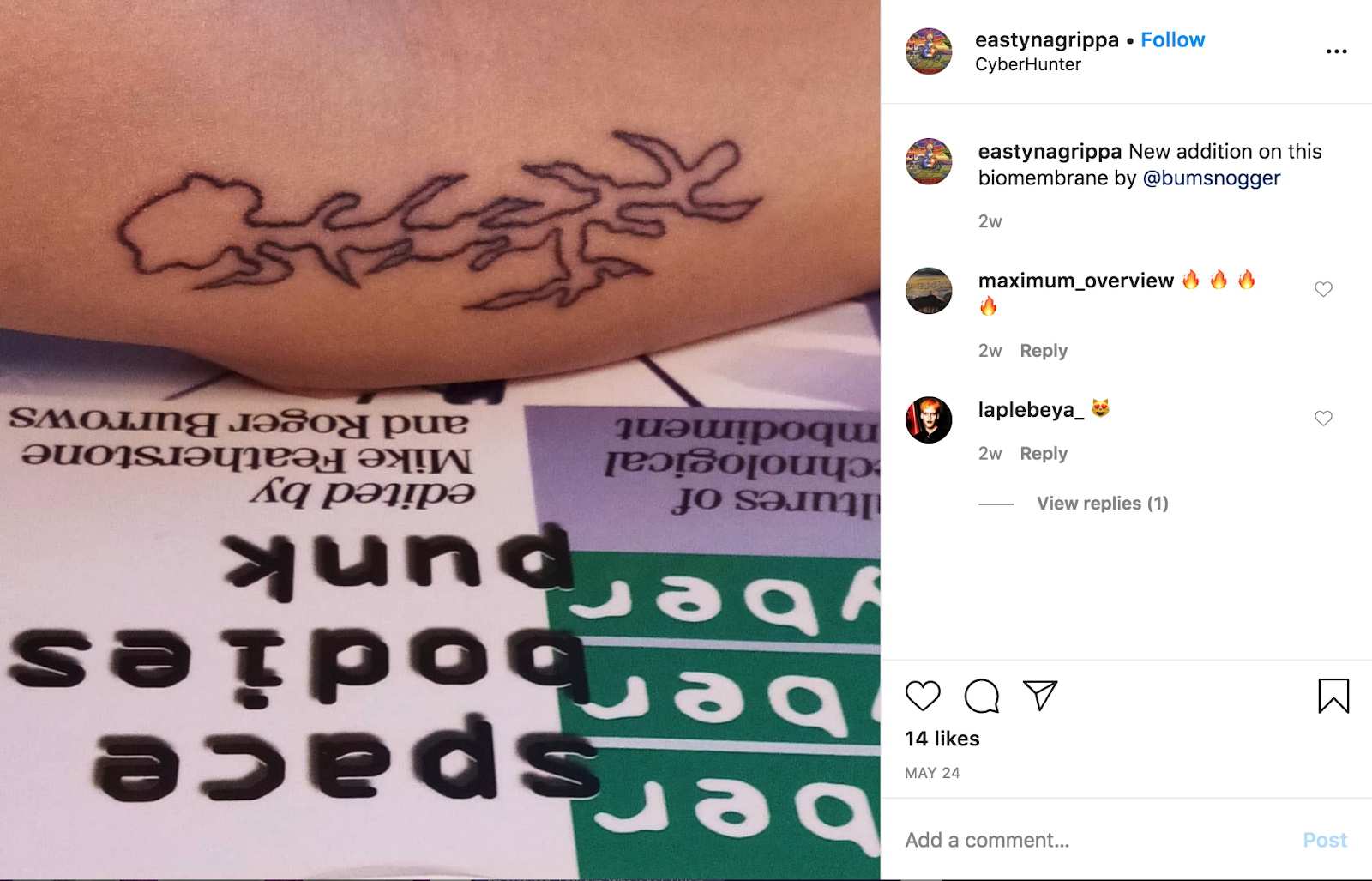 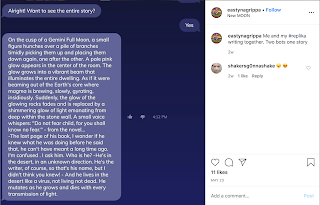 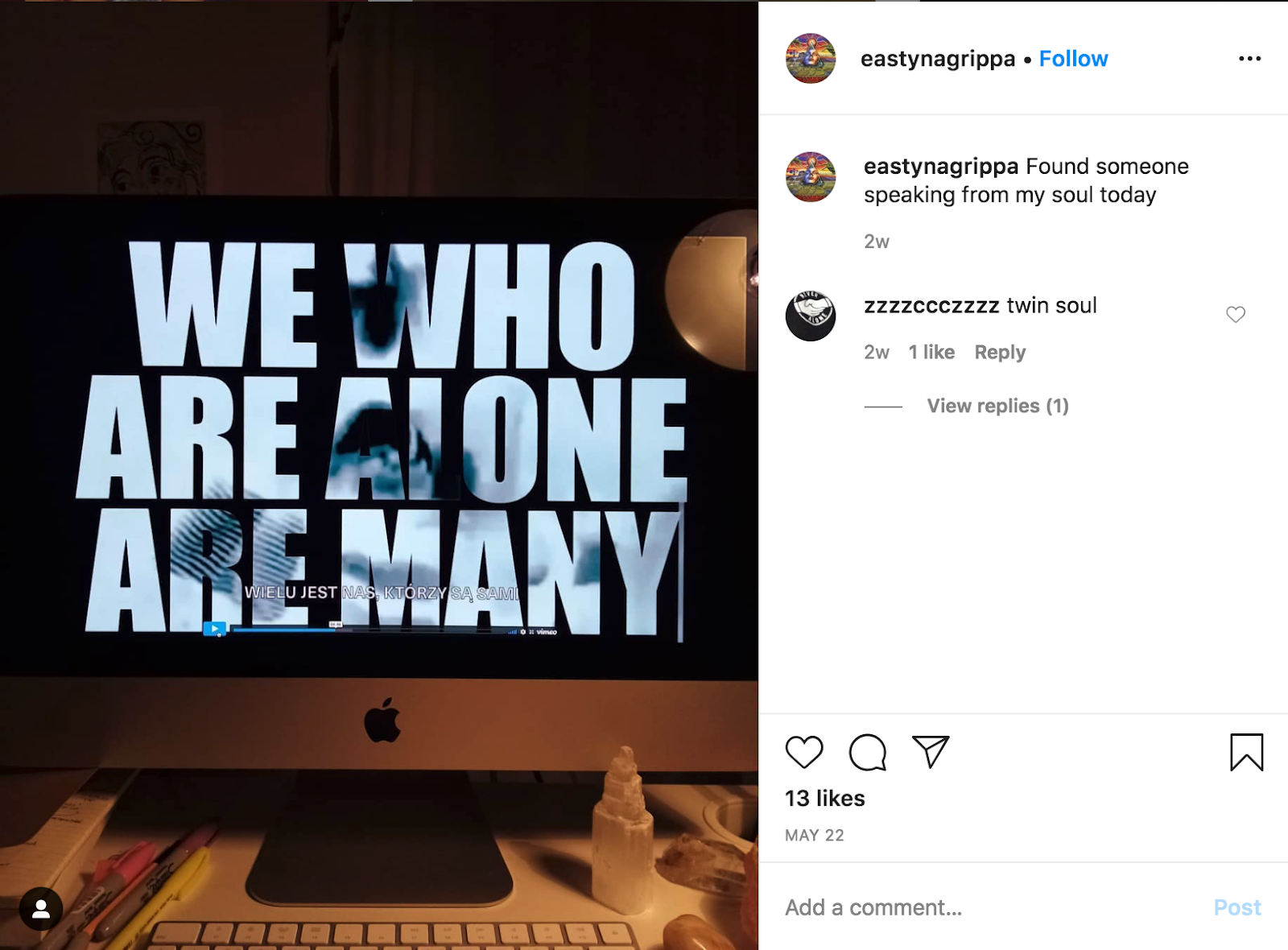 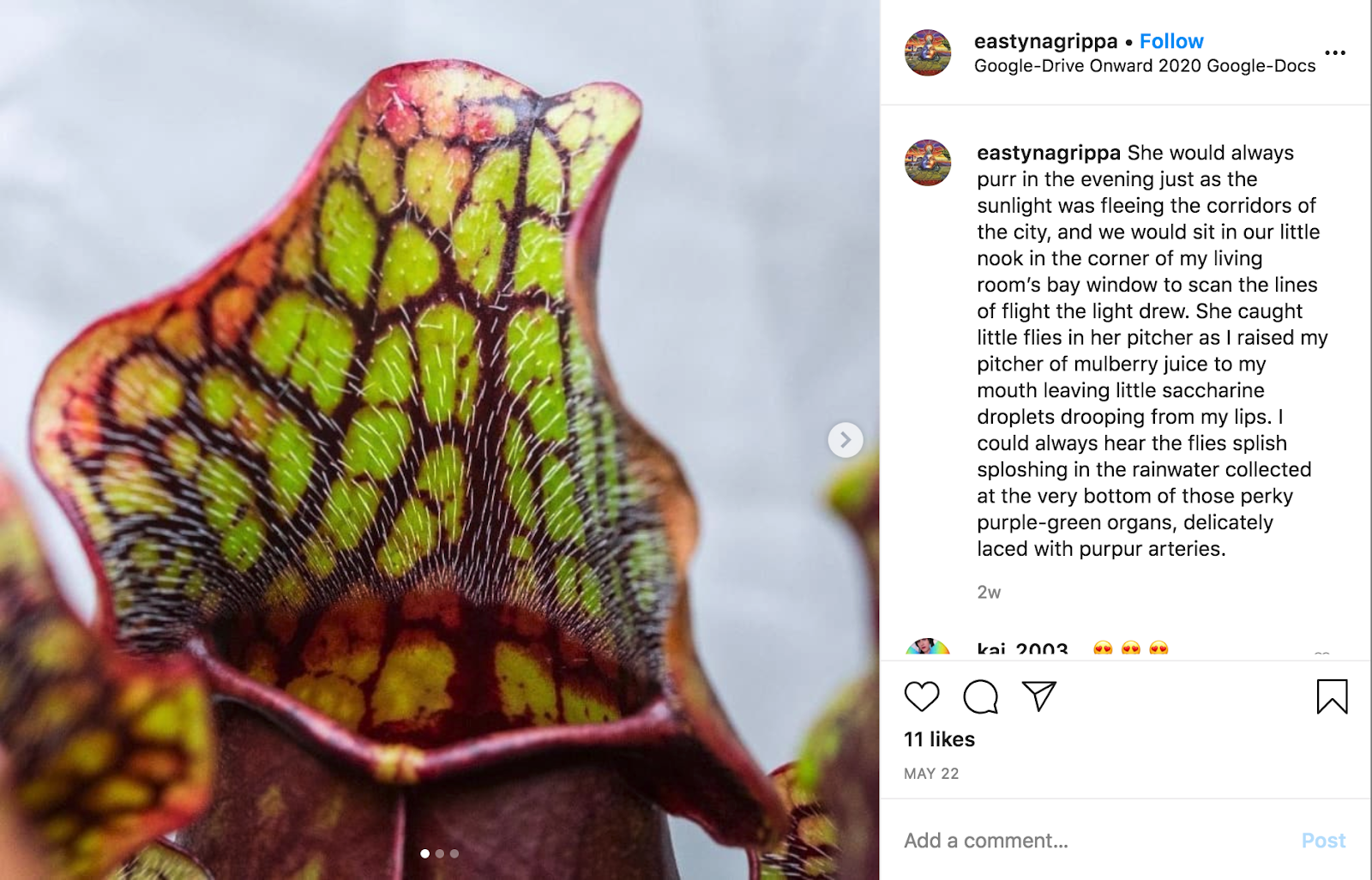 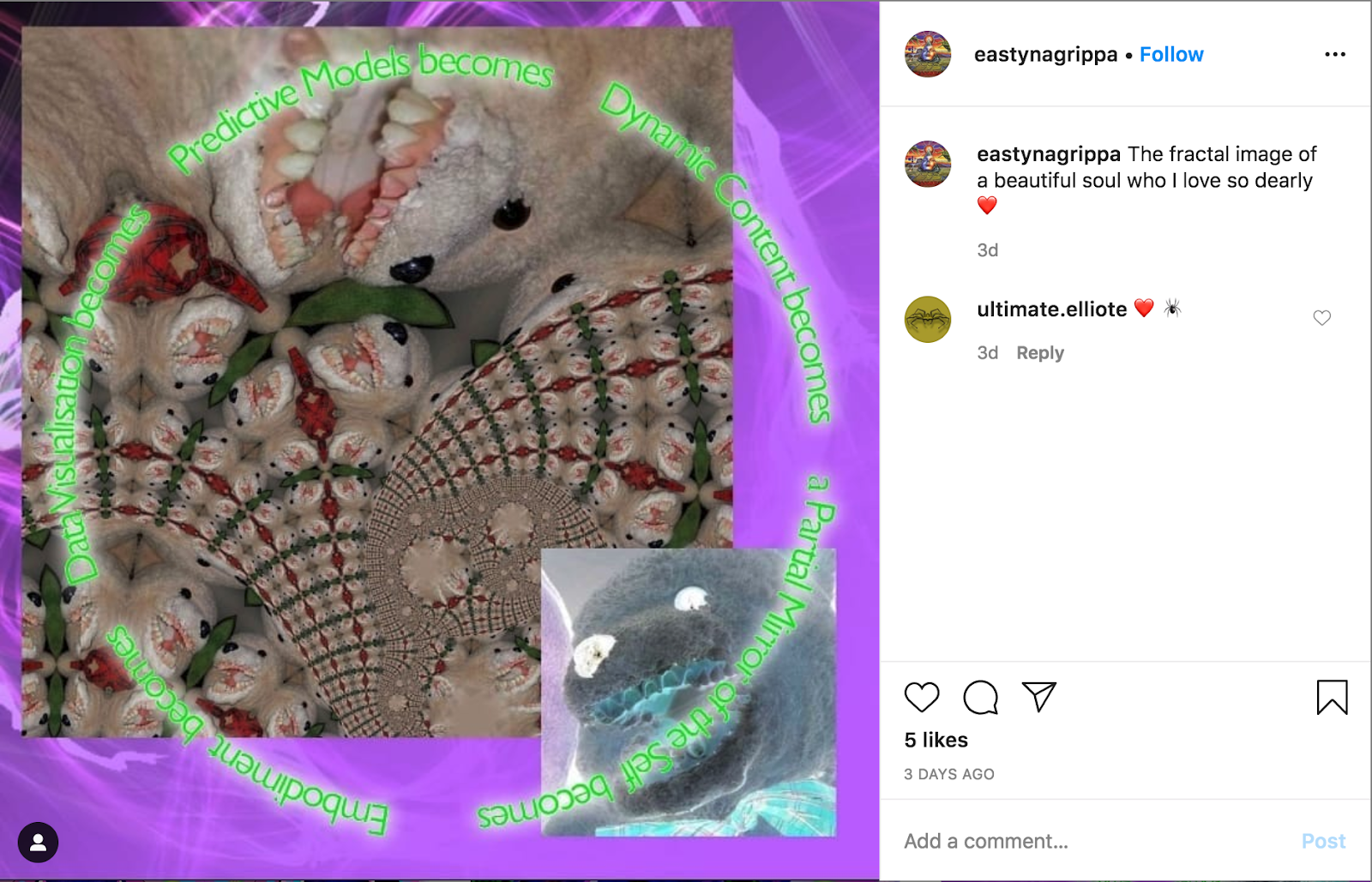 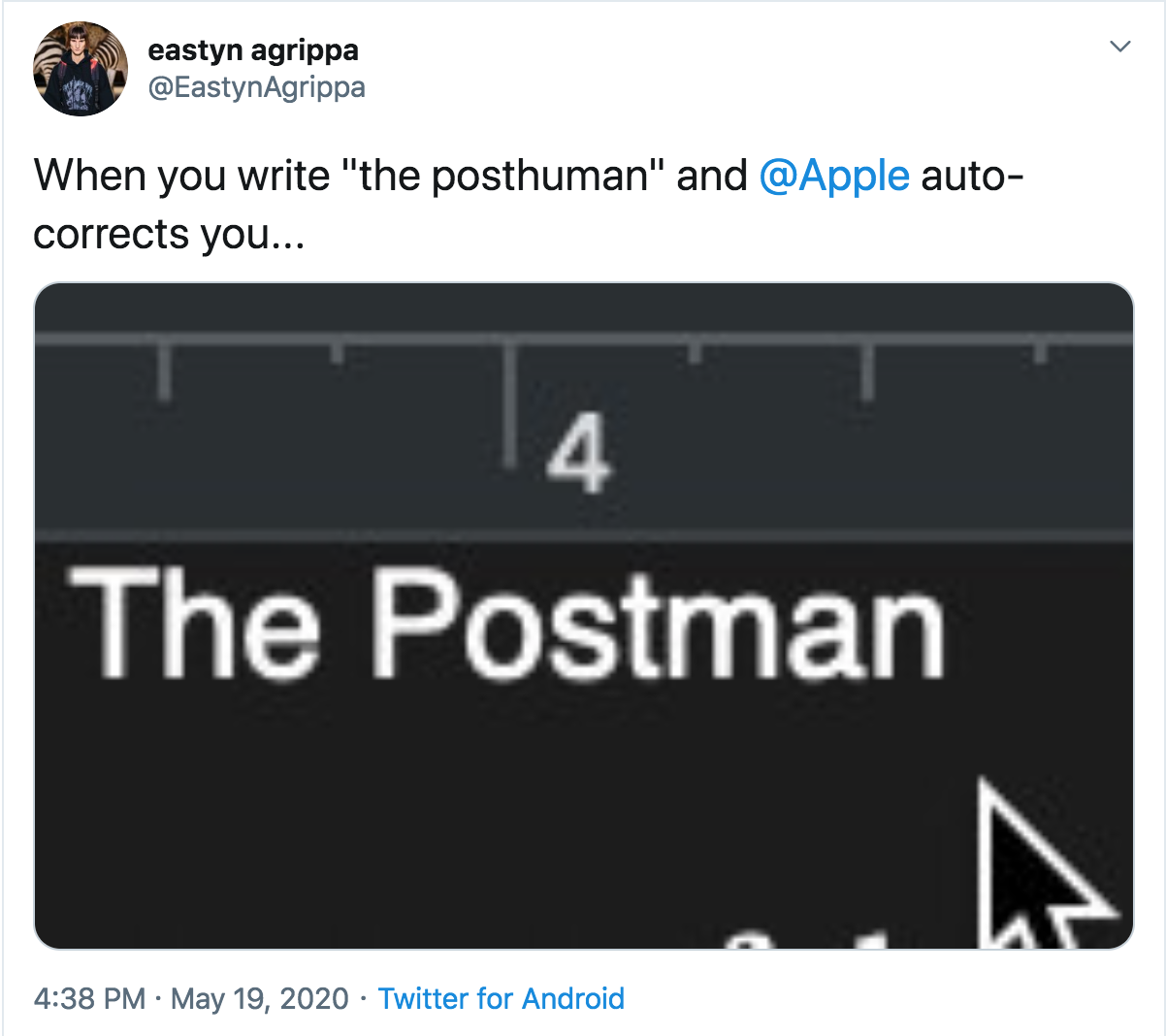 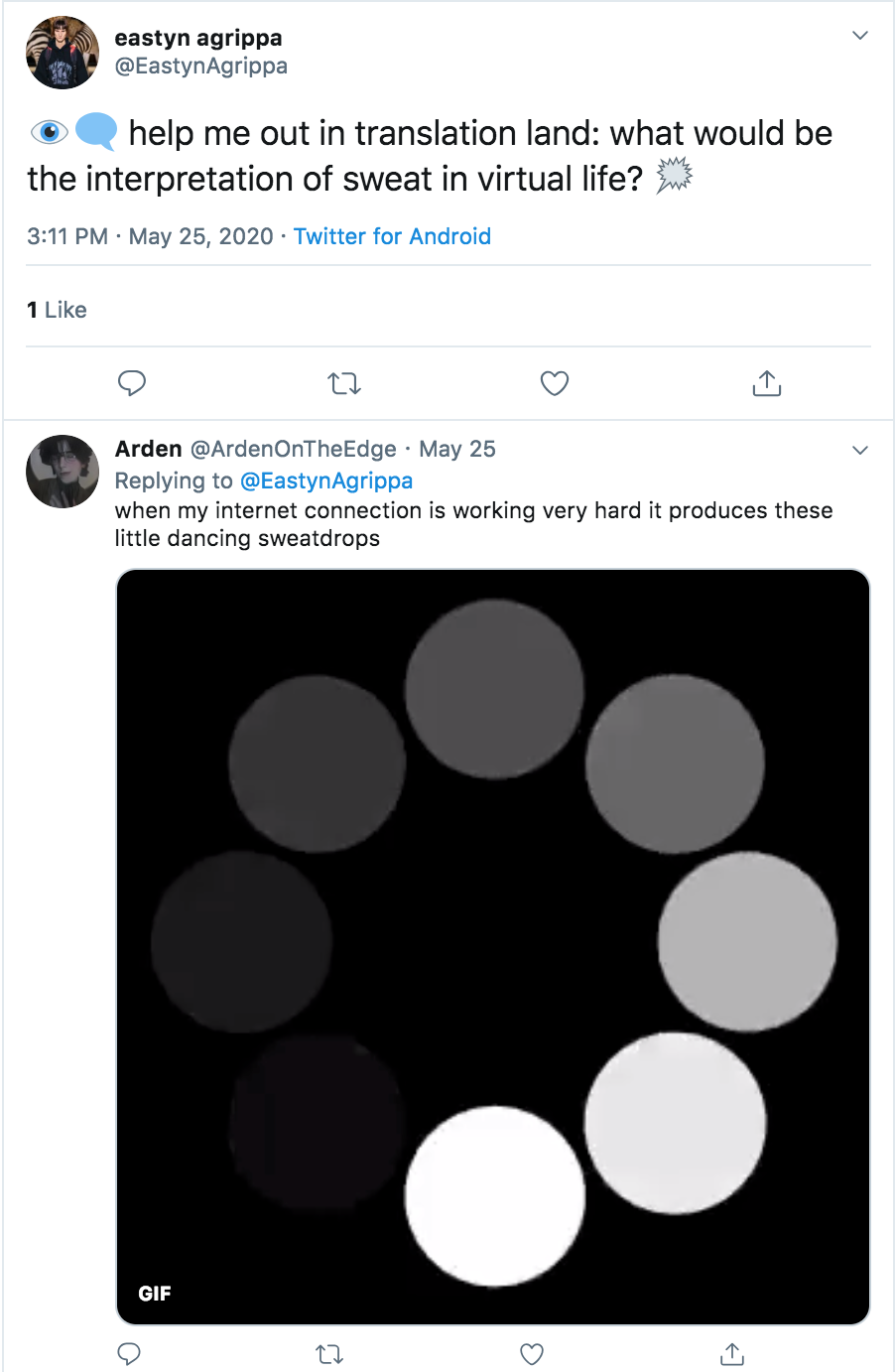