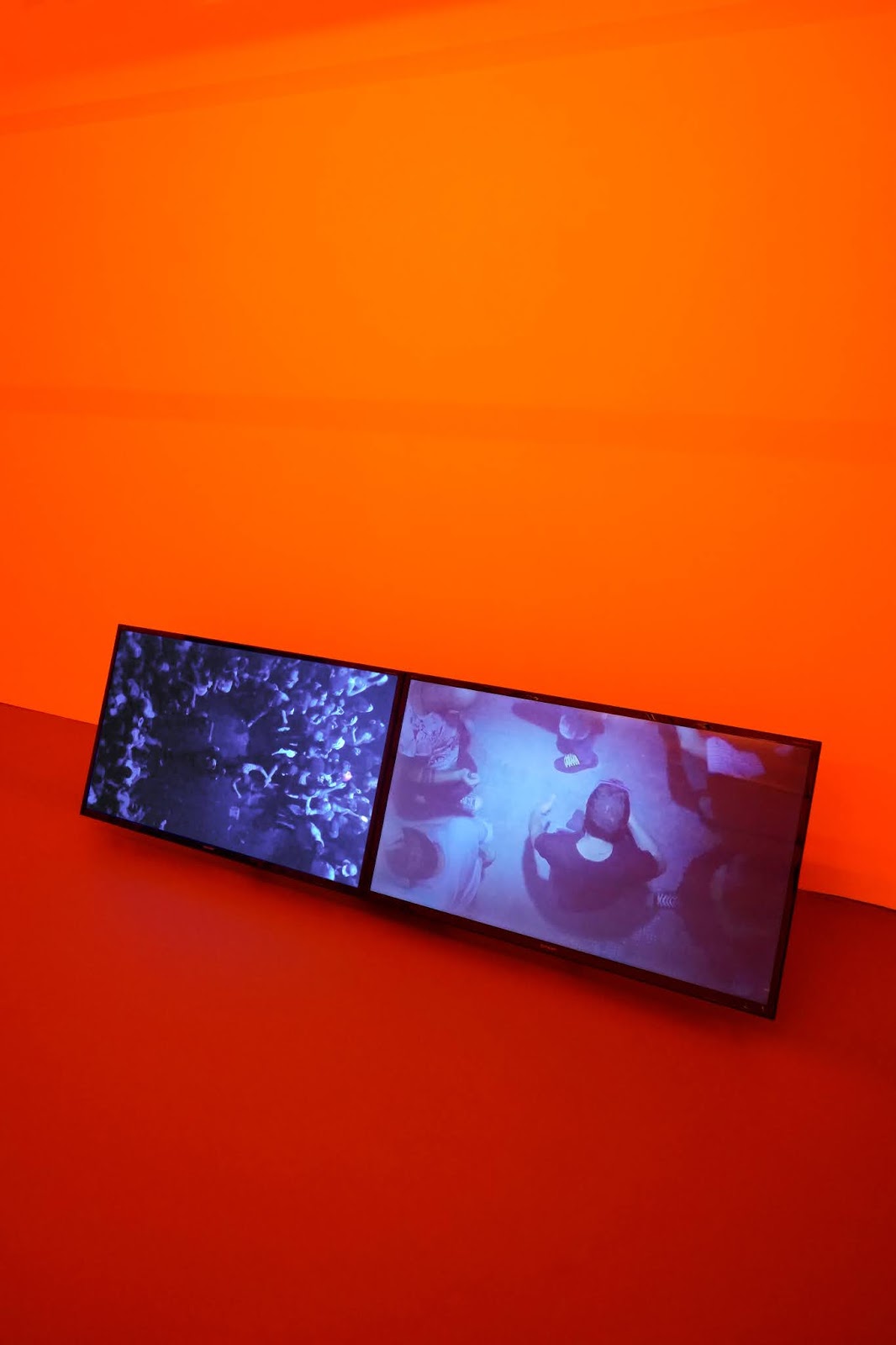 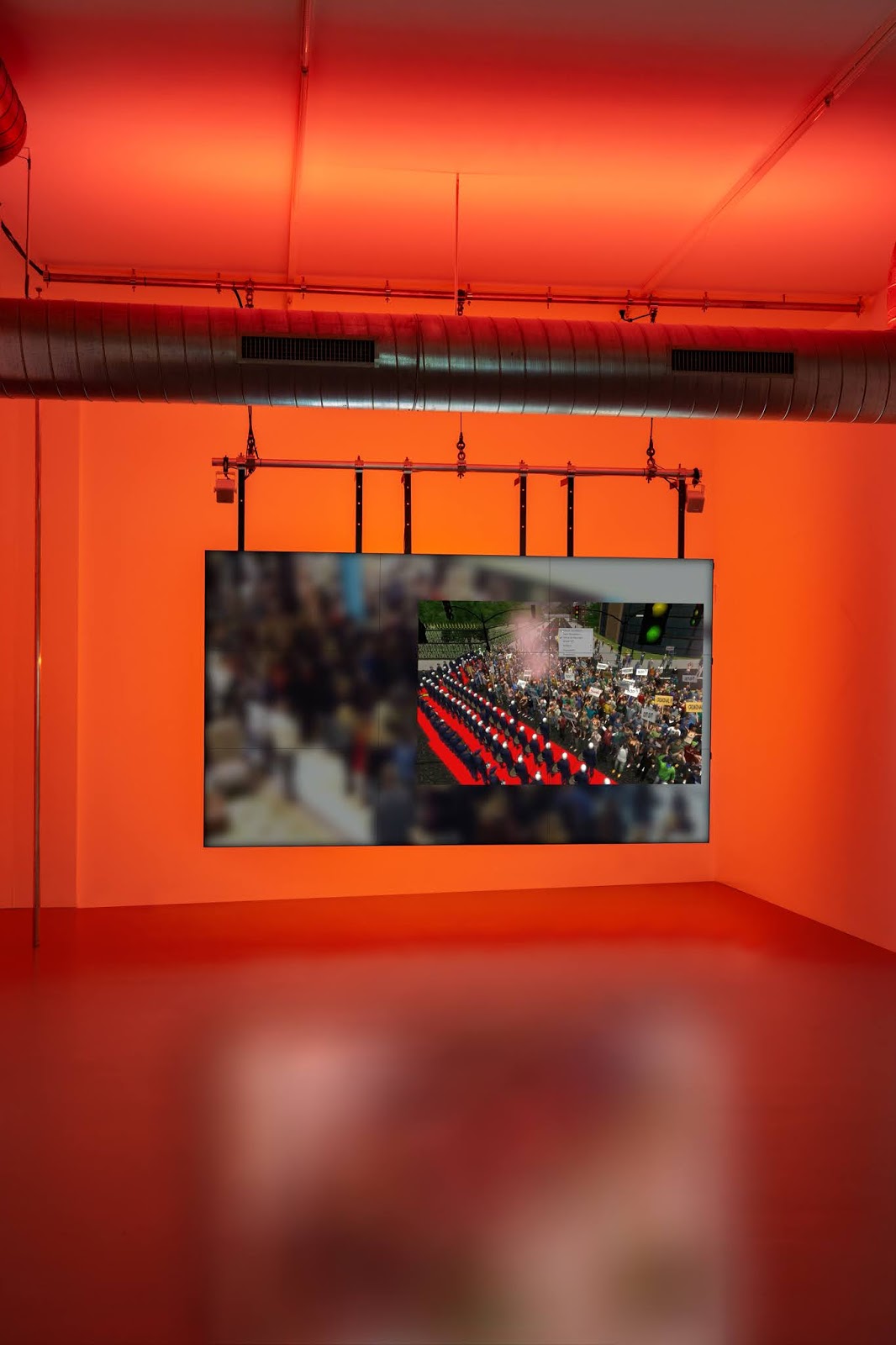 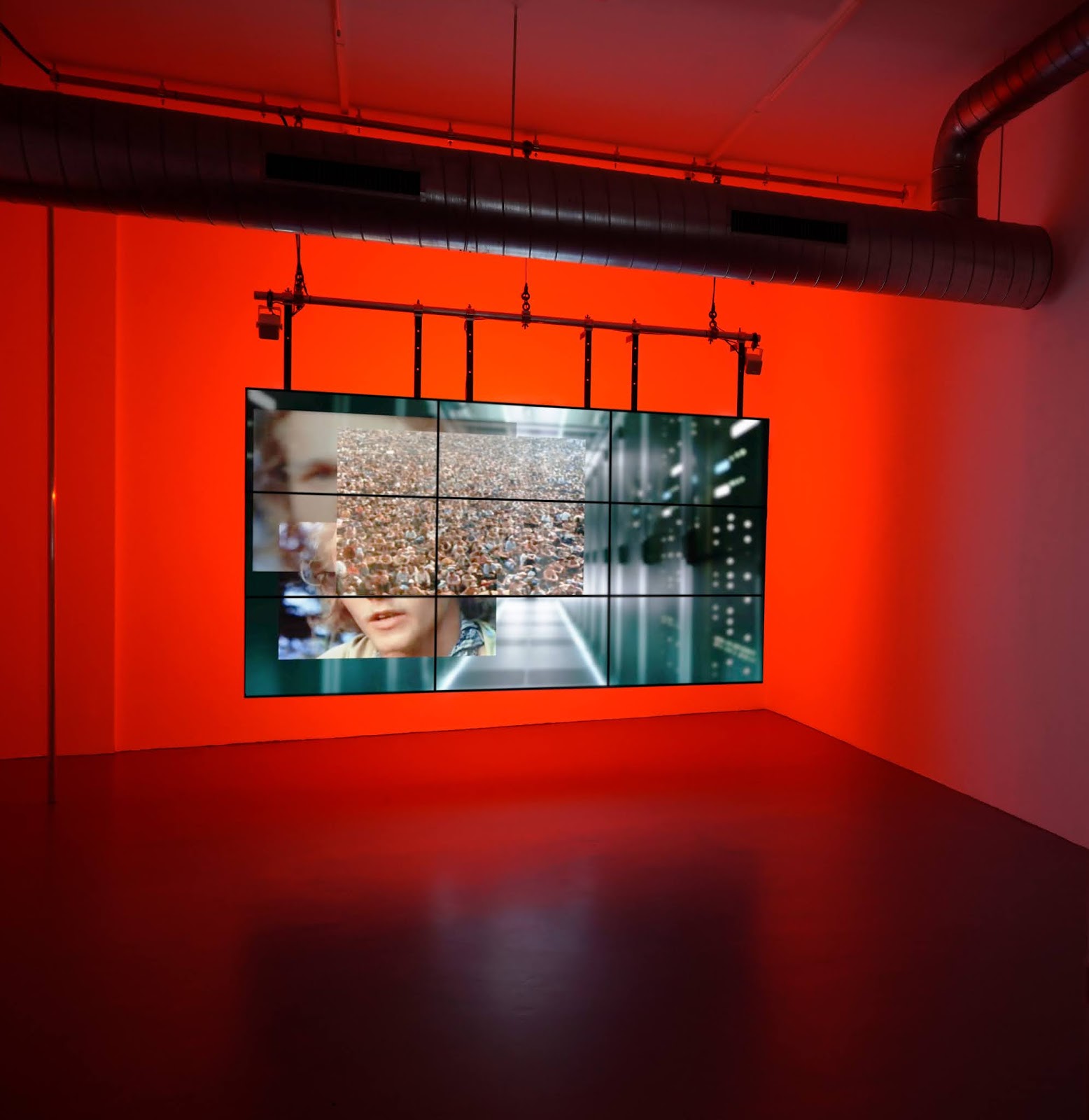 The exhibition MASS at PYLON-Lab presents works by Anna Ådahl, Bogomir Doringer and Clemens v. Wedemeyer, which raise questions of the conditions and the complexity of structures between the individual and the collective, (semi-) private and public spaces, as well as different modes of the flow and control of the human body in the 21st century.
By means of new media, Ådahl, Doringer and v. Wedemeyer document, analyse and translate different strategies of using the human body - natural and digital -, as an operative element in crowds and society as a complex structure.
„Artificial intelligence evolves from social intelligence“
(Clemens v. Wedemeyer: „Transformation Scenario“, 2018)

Blockbuster movies are increasingly produced based on the use of algorithms. We have grown accustomed to watching scenes in which numerous automated characters populate the screen. Animated by algorithms, they interact as an artificial crowd that appears lively and real. Simulated life originated in computer games and movies, but is meanwhile influencing many areas of the real world. In addition to urban planning and evacuation plans, market forecasts are also determined by virtual scenarios.
The presented works "Crowd Control" (2018), „Katastrophenübung“ (2019) and "Transformation Scenario" (2018) are part of a long-term project by Clemens v. Wedemeyer that makes reference to the book Mass and Power (1960) by Nobel Prize winner in literature, Elias Canetti. At the time, Canetti already sought to analyze the dynamism of crowds and raised the question of why and in which situations masses follow individual leaders. V. Wedemeyer addresses these questions and relates them to the present-day potential of masses.
In times of populism, the issue proves to be especially relevant. Masses of acquired data can be used to establish power, while at the same time demonstrations and mass events form moments of resistance.
„Transformation Scenario“ thought experiment and science fiction montage video, that breaks with our notion of the influence of digital media on human relationships. The video creates awareness of the power of masses and confronts the viewers with complex and irrefutable images that have a lasting effect.

„In today’s hyperindividualised society, we tend to forget that we are part of a larger whole, a community, a crowd.“
(Anna Ådahl)

Since 2005 the notion of crowd has been central in the artistic practice of Anna Ådahl. With references to Elias Canetti and Gabriel Tarde and their discourse on the relation between the individual and the crowd, Ådahl has investigated the formation of the crowd with the arrival of industrialism, as seen in Busby Berkeley’s mass choreographies and Siegfried Kracauer’s reflections on the urban crowd, in The Mass Ornament from 1995.
Ådahl works investigates the aesthetic and political vocabulary of crowd simulation software and seeks to map the correlations between the crowd, new technologies and today’s capitalist system through notions such as ”flow” and ”the default character”.
PYLON-Lab will present two new video works by Ådahl that are informed by her research on crowds during her PhD at the Royal College of Art, London she started in 2015.
The film „The Power of Flow. The Flow of Power“ (2020) addresses how different terms and notions of flows has being transmuted into seductive biopolitical tools to enhance, or rather subsume the crowd into the accelerated 24/7 society we are currently living in where our bodies and collective gesture are potentially optimised to effectively perform-produce-consume.

Dance is a way of socializing, a nonverbal communication, a form of art and a ritualistic practice. Dance is a political act.
Clubbing during the NATO bombing of Belgrade, Serbia in 1999 introduced Bogomir Doringer to dance as both a coping mechanism and political phenomenon.
Wanting to understand these powerful yet uncanny memories, he started to film in clubs from a bird's-eye view in 2014, to document variations of collective and individual choreographies in different scenarios and cultural settings. In this quest, he discovered two different forms of dancing: that of entertainment and that of urgency.
Could we understand dancing as a living system that regulates and stabilizes vitality and functioning of the collective and individual body, regarding the changing conditions in society?
The video installation "I Dance Alone: Crowds and Gestures "functions as a juxtaposition of crowd dynamics and individual gestures in various club settings. The work appears to approach the dancing crowd in an almost scientific manner: Similar to a microscope, the perspective of the videos dissect the crowd, to unravel the ostensible chaotic entanglement of people. Like cells on an object slide, the dancing crowd reveals different arrangements, a complex and symbiotic organism, mutually driven by both individual and collective activity.

Mass will open on June 12th and will be on view until July 4th at PYLON-Lab.

The exhibition is cooperation with Hellerau/HYBRID and is kindly supported by Kulturstiftung des Freistaat Sachsen, by Landeshauptstadt Dresden – Amt für Kultur und Denkmalschutz and by Ostsächsische Sparkasse Dresden.