Luisa Mè and Giovanni Vetere at Lychee One / London 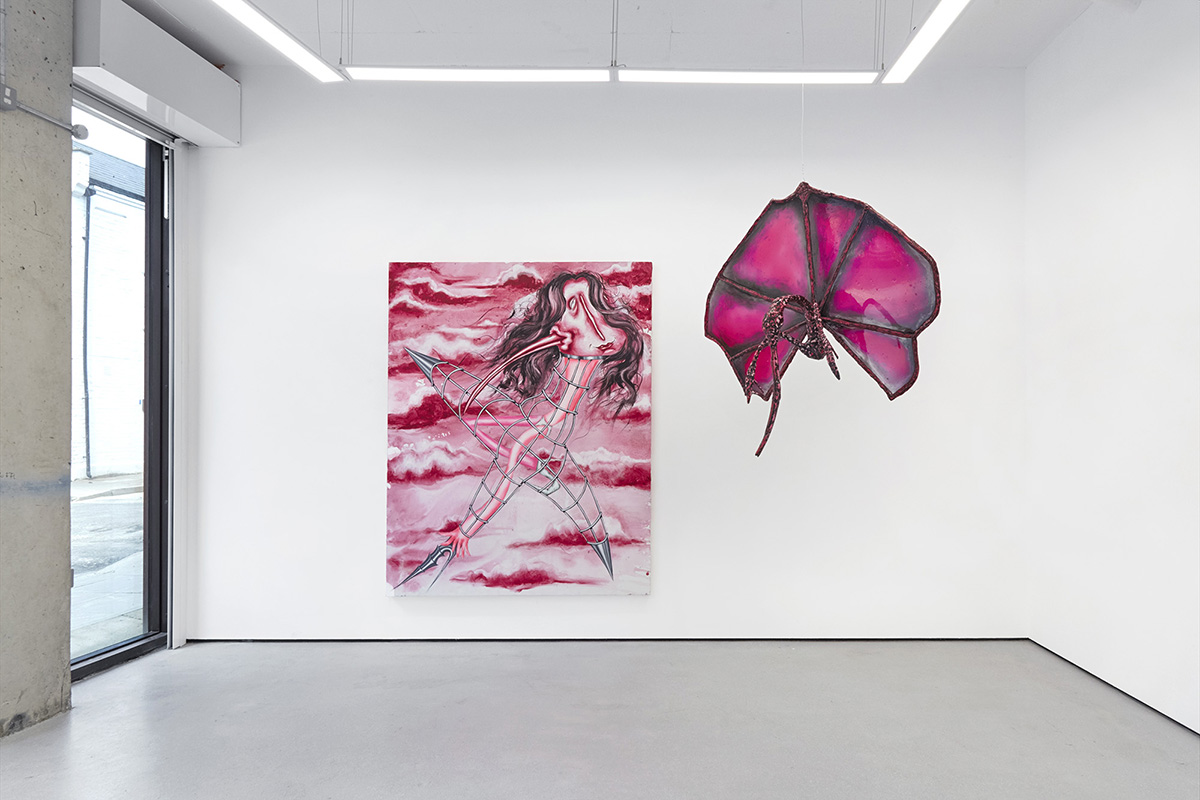 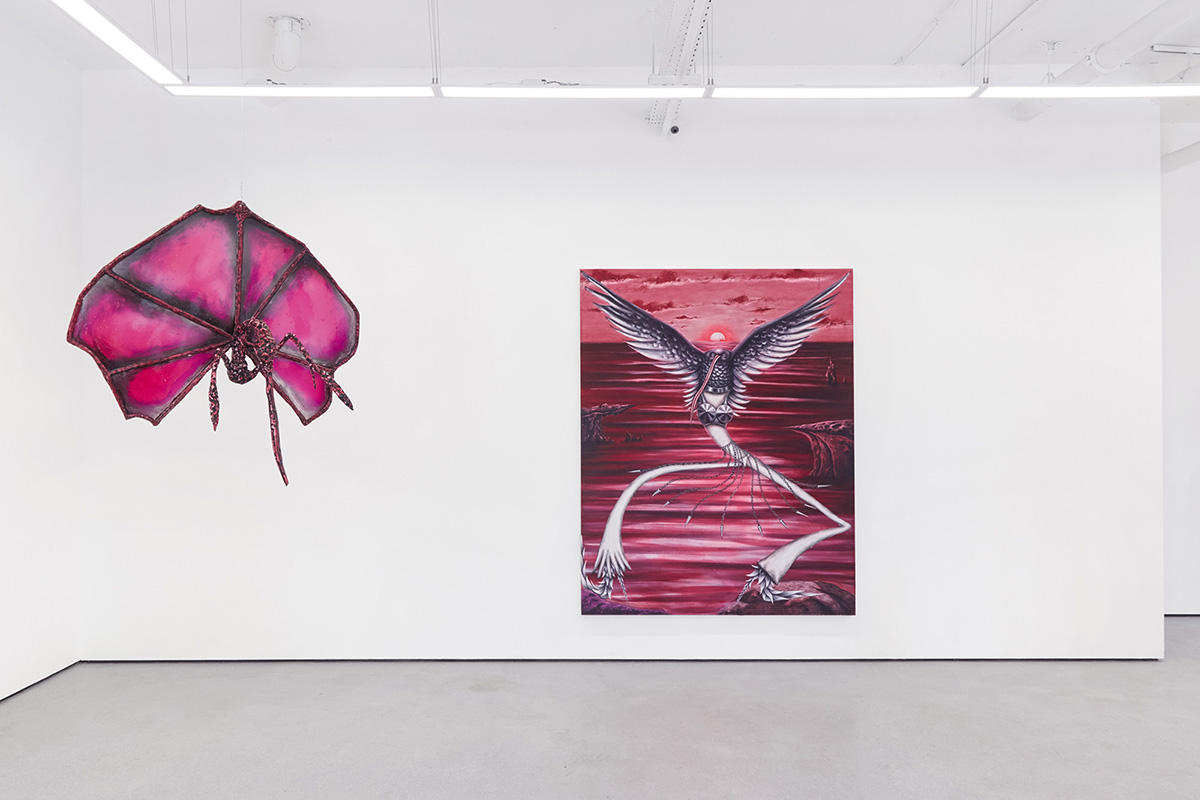 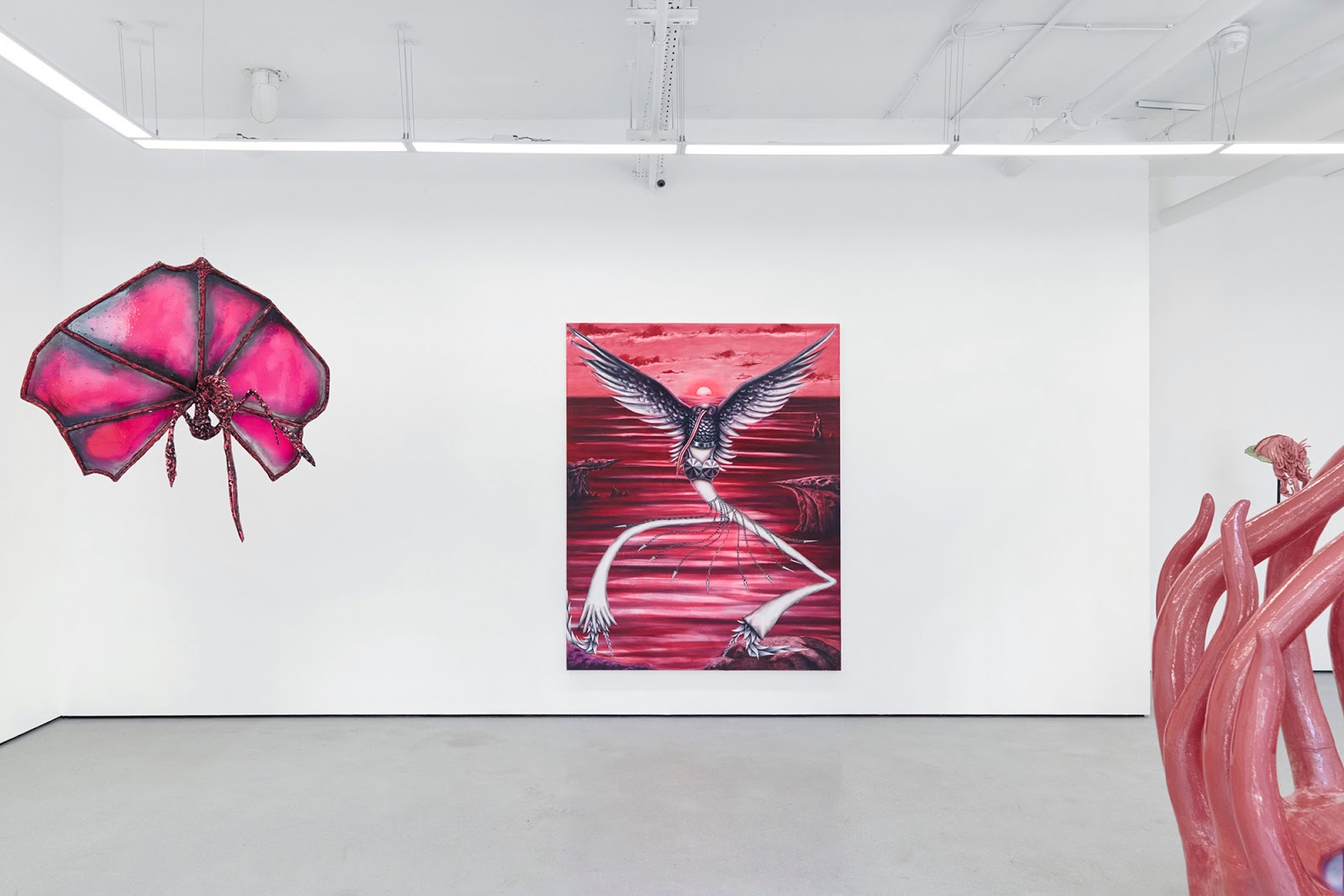 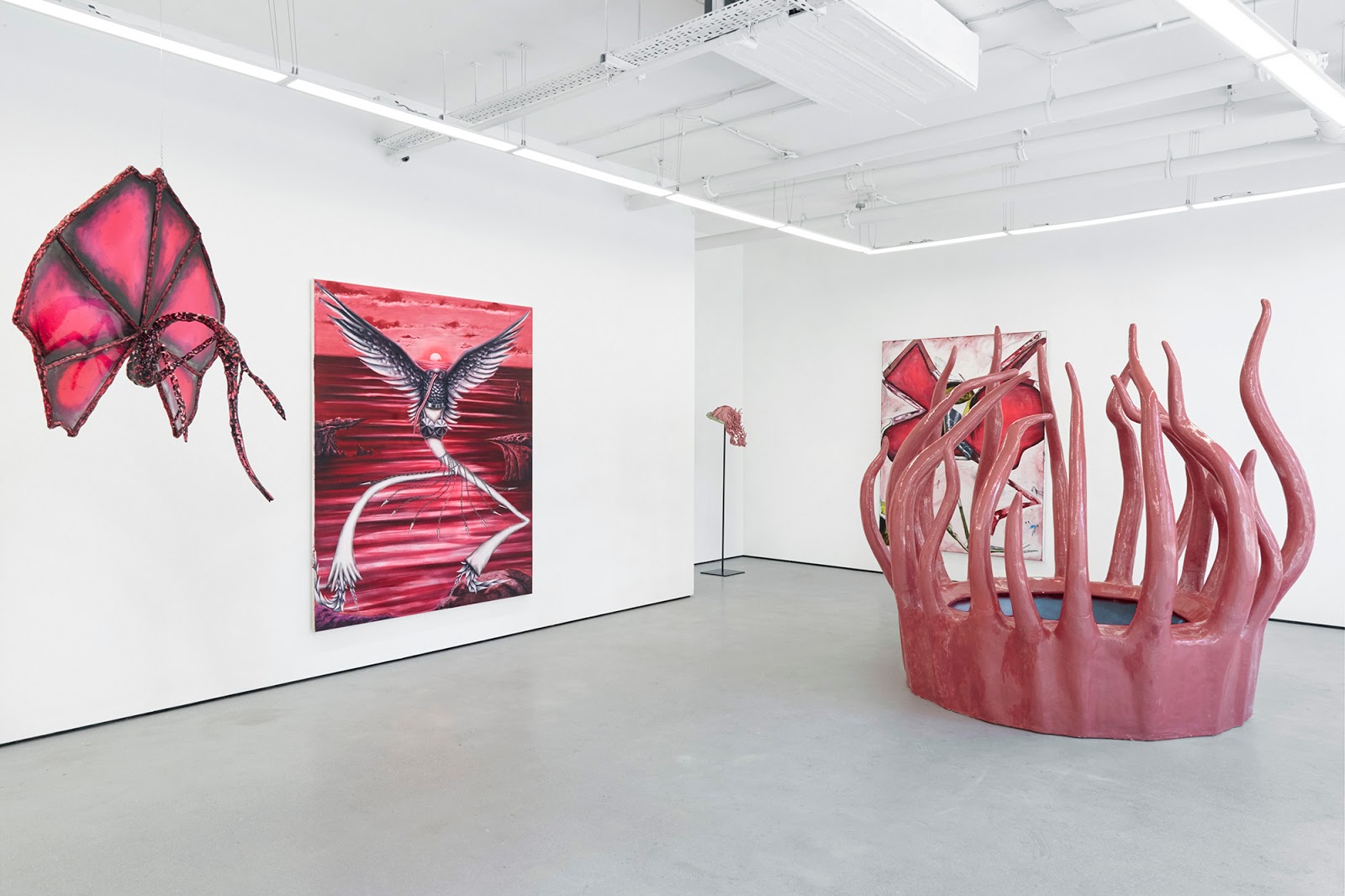 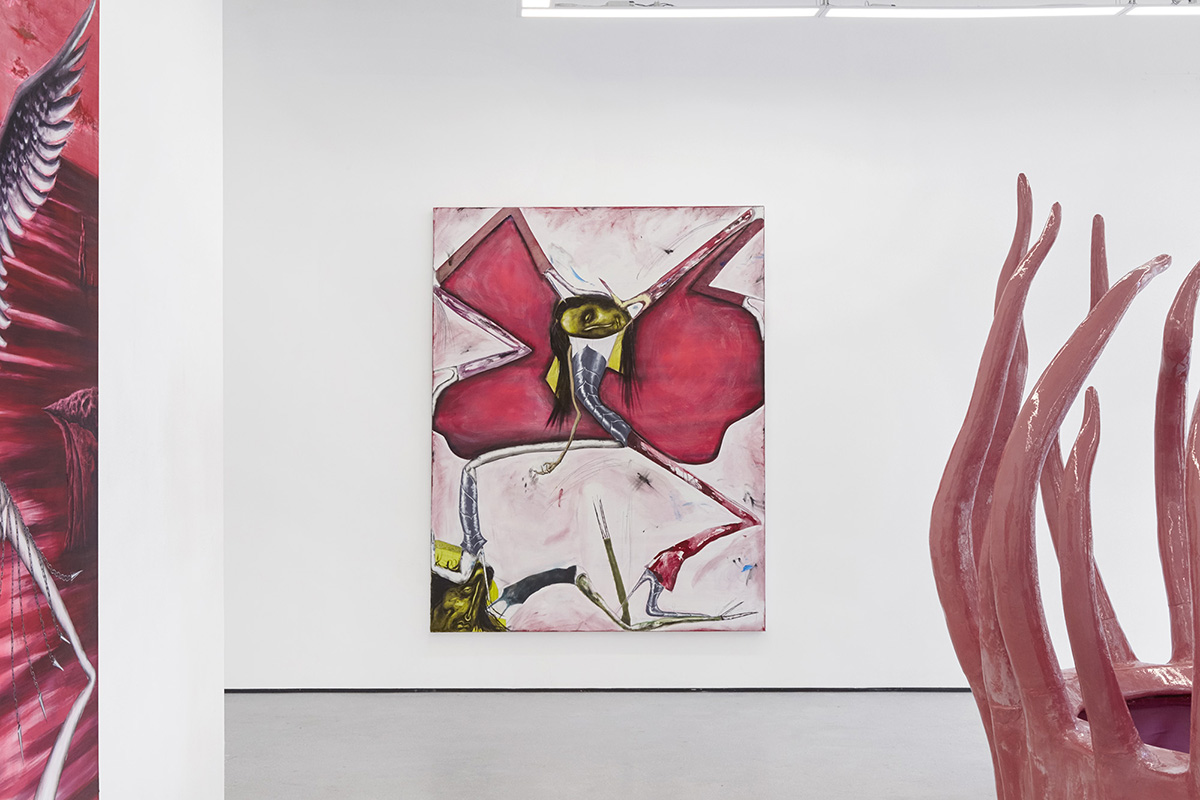 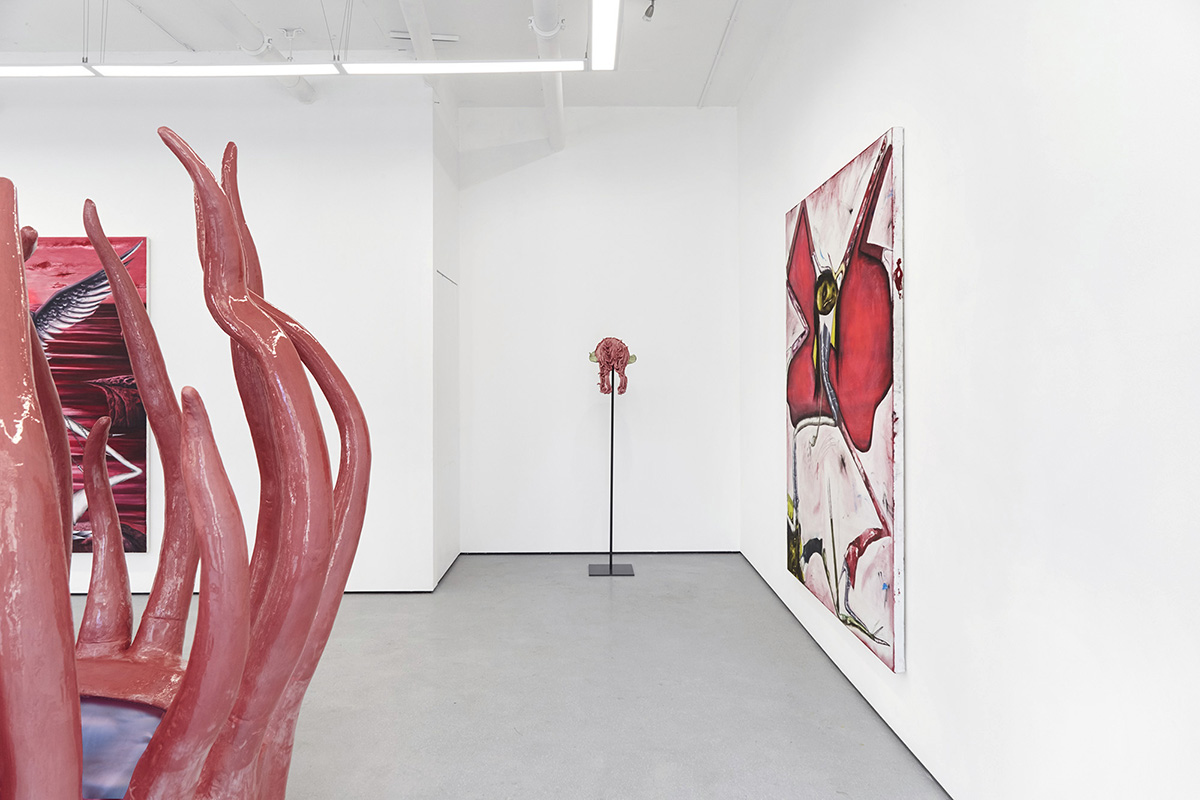 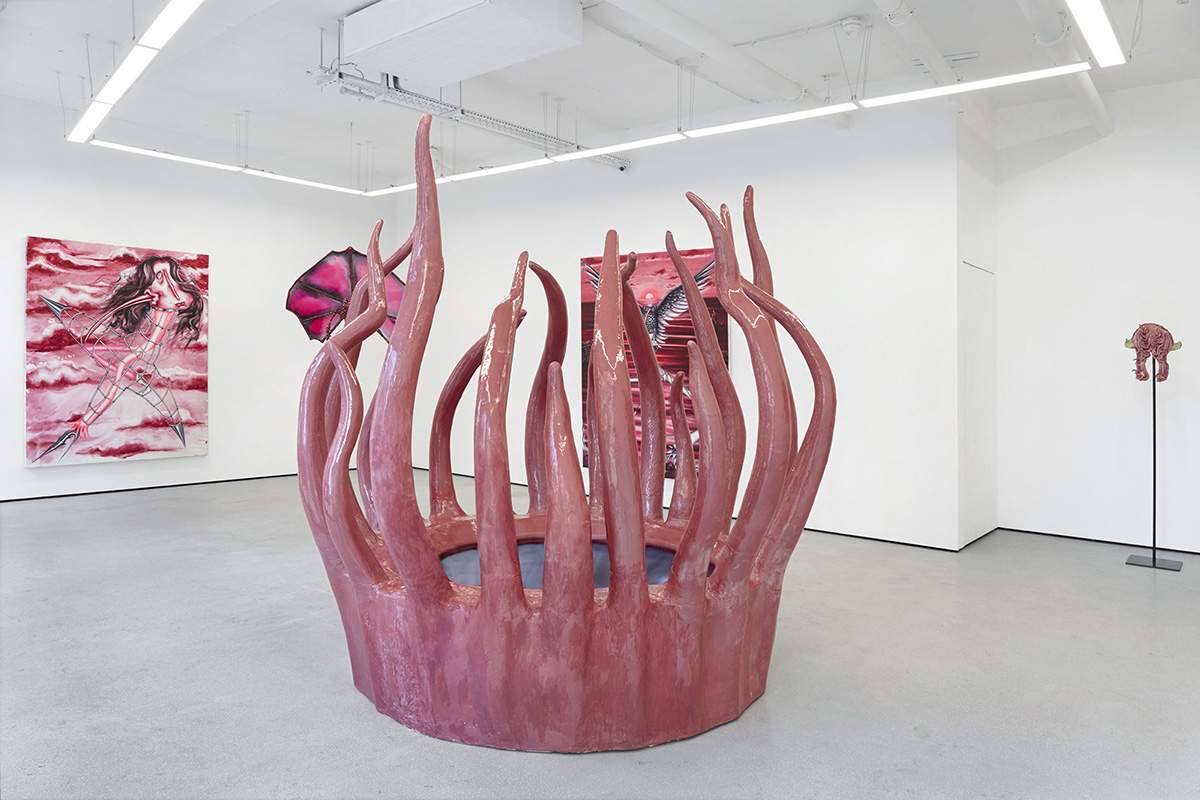 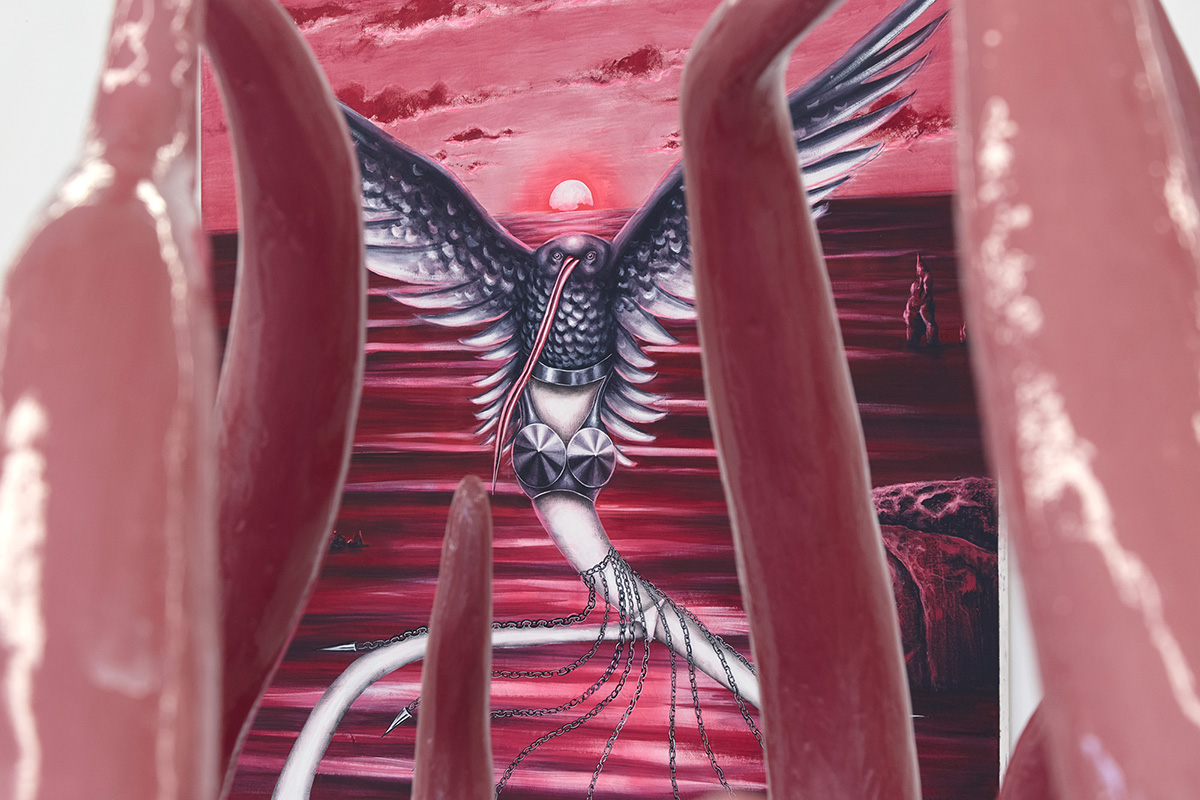 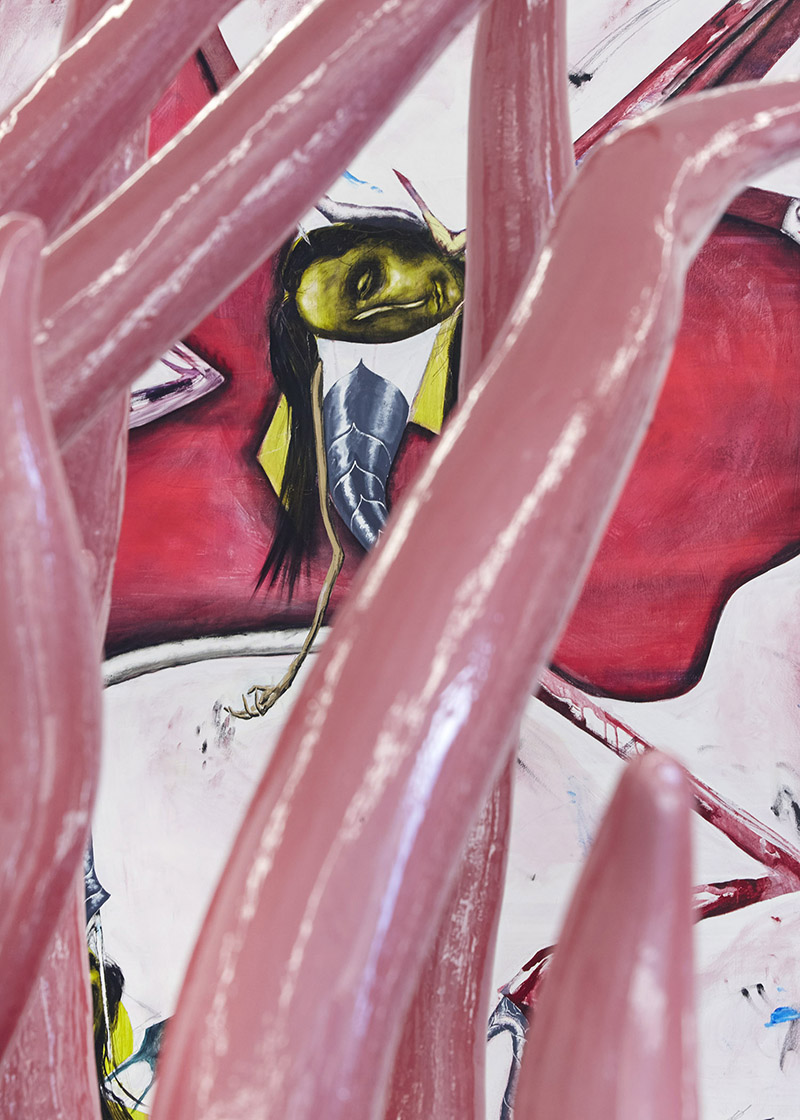 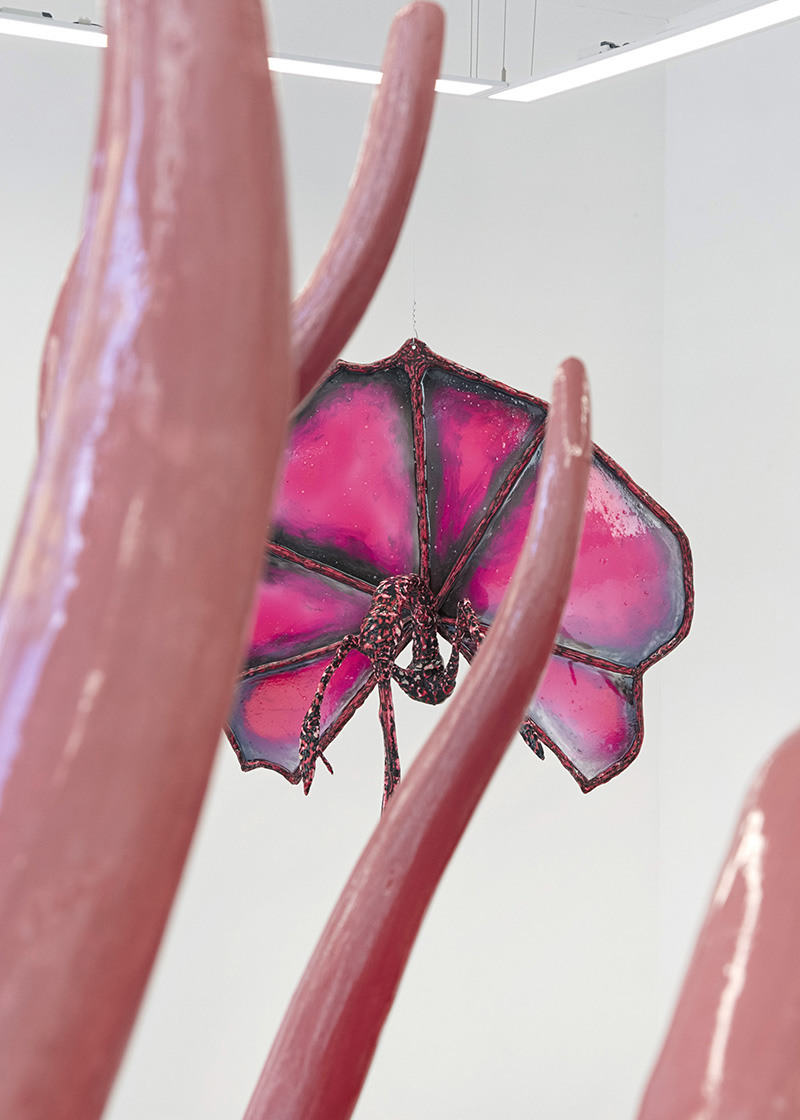 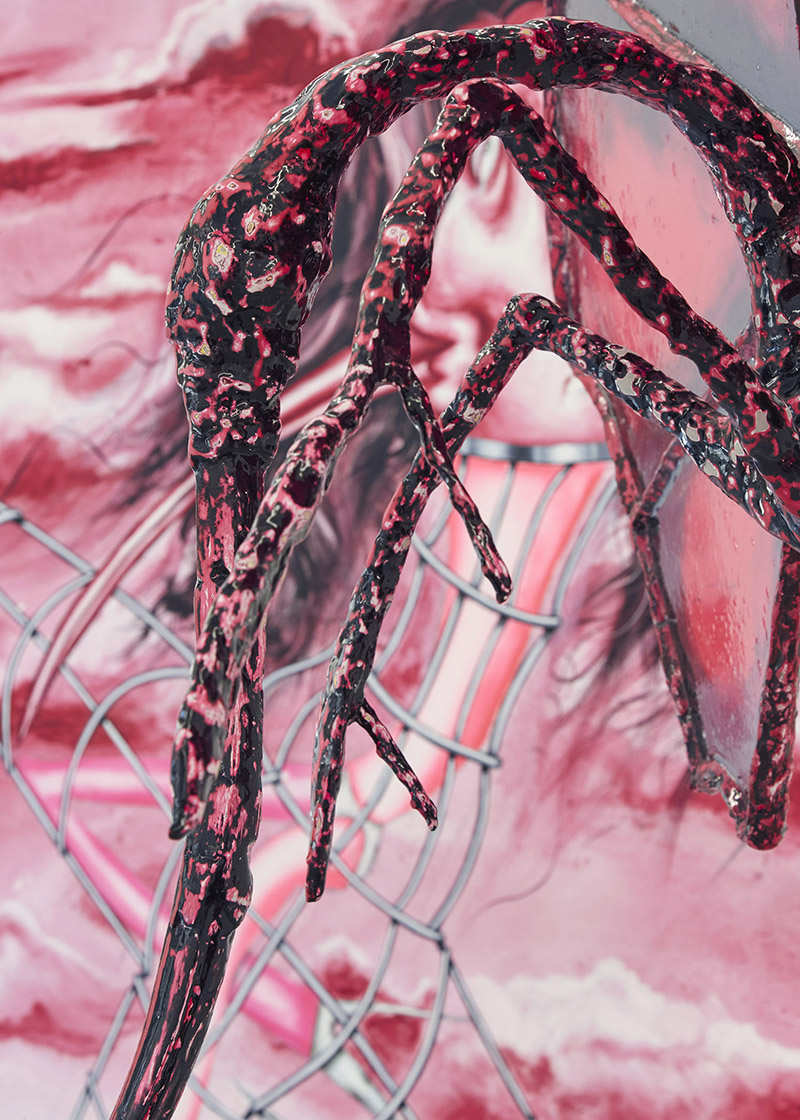 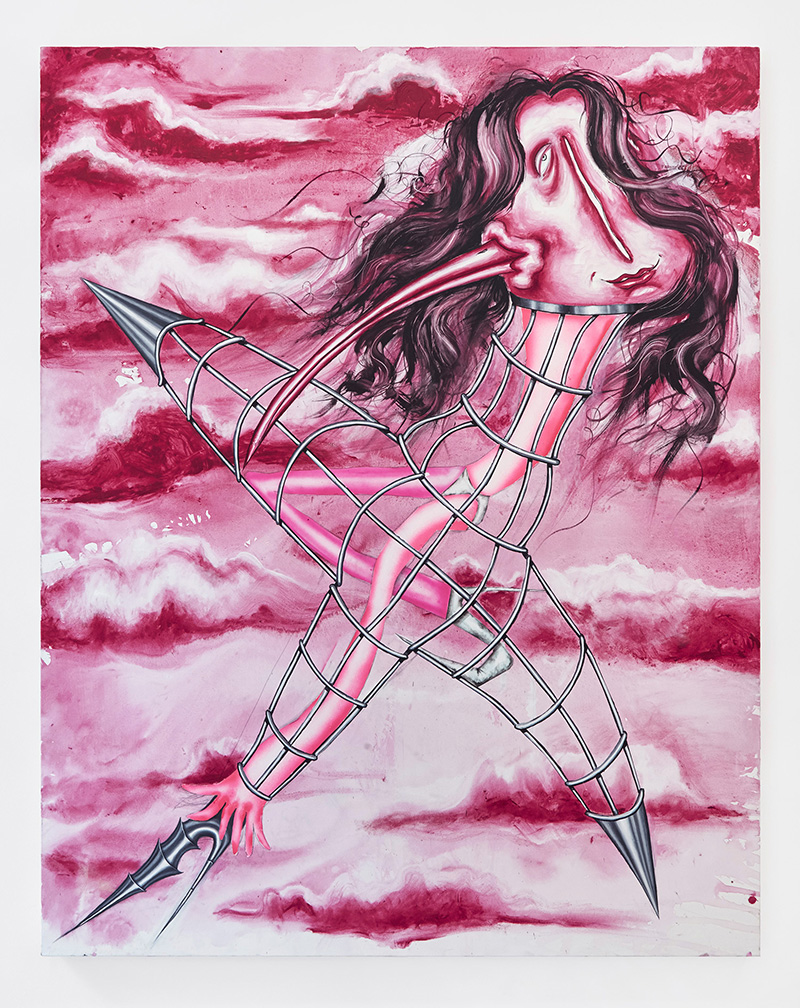 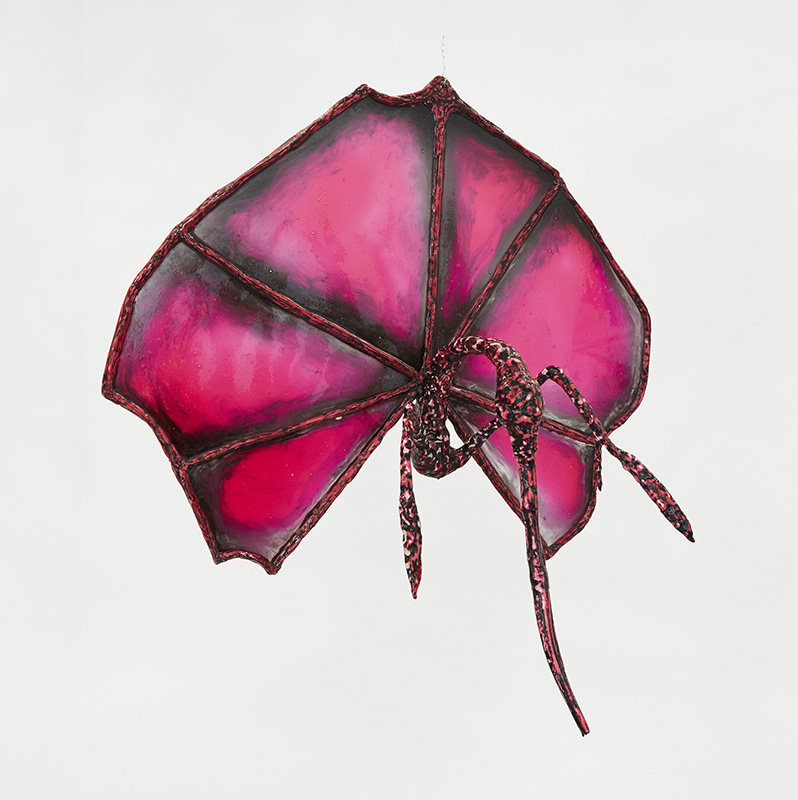 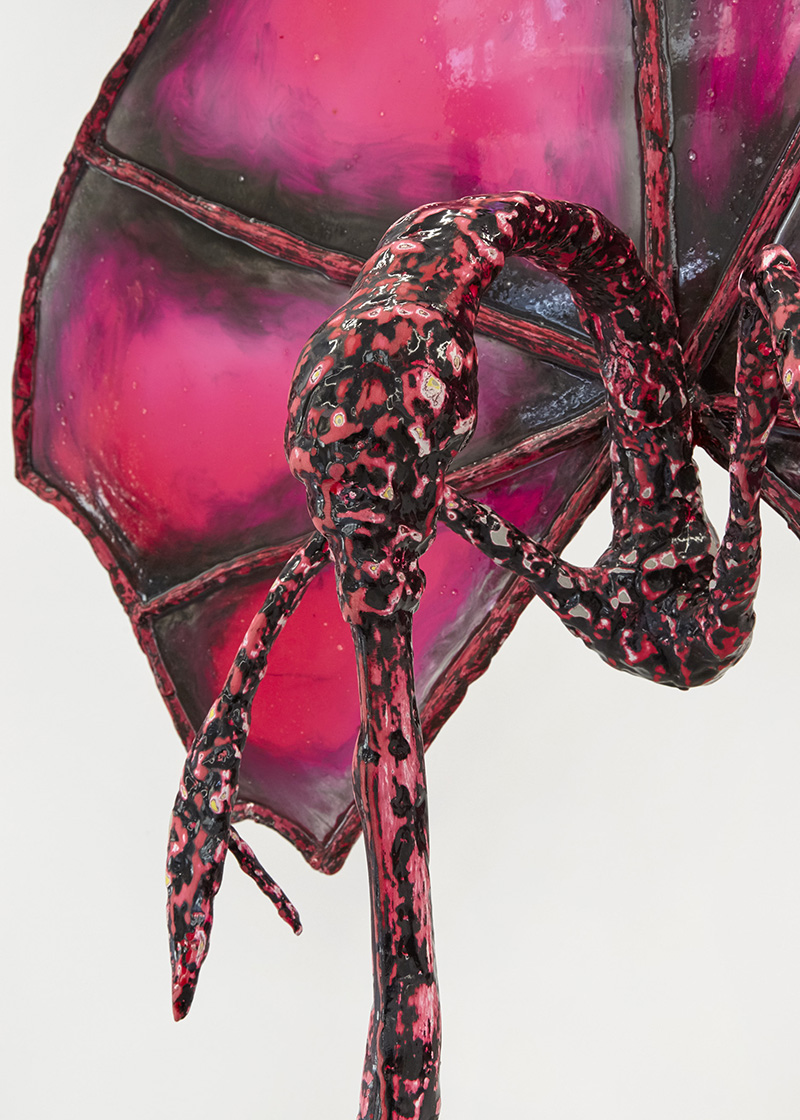 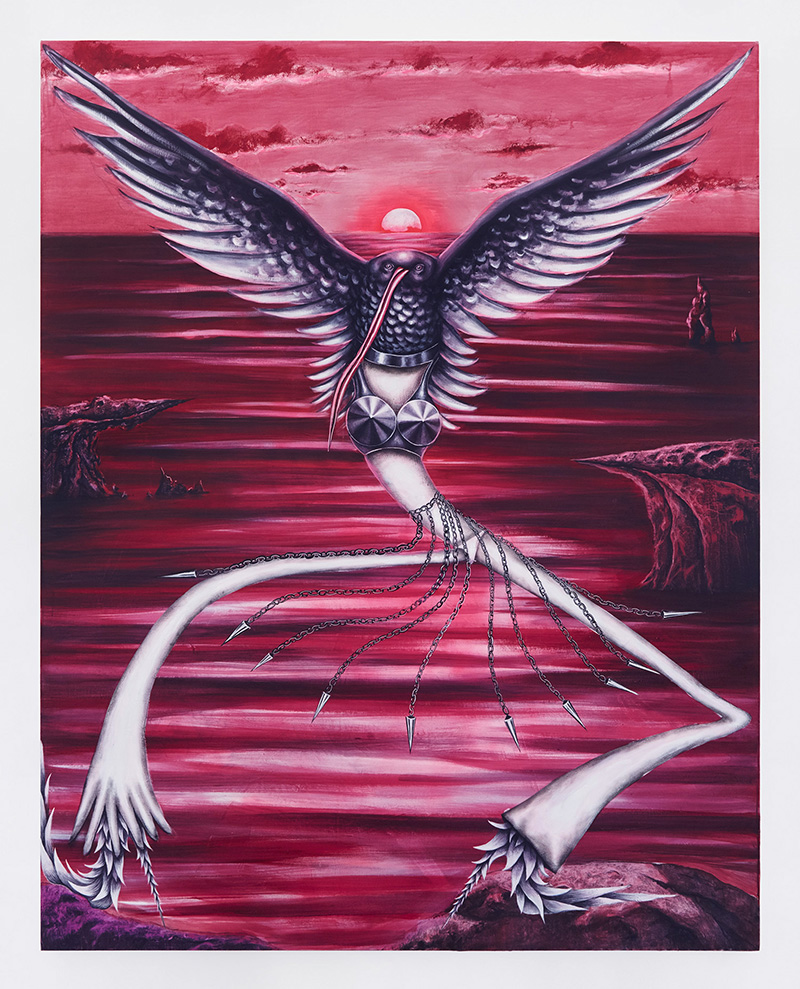 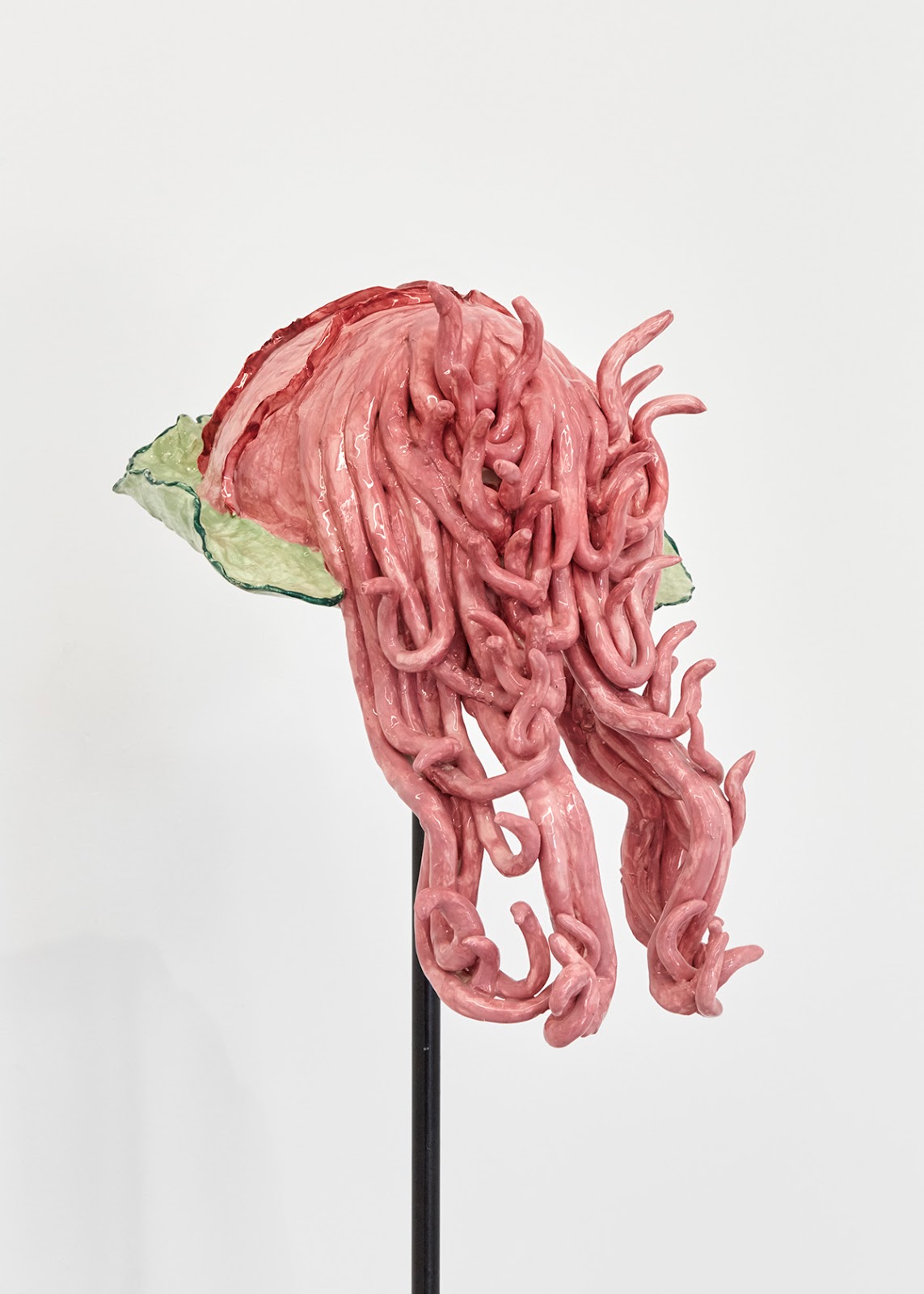 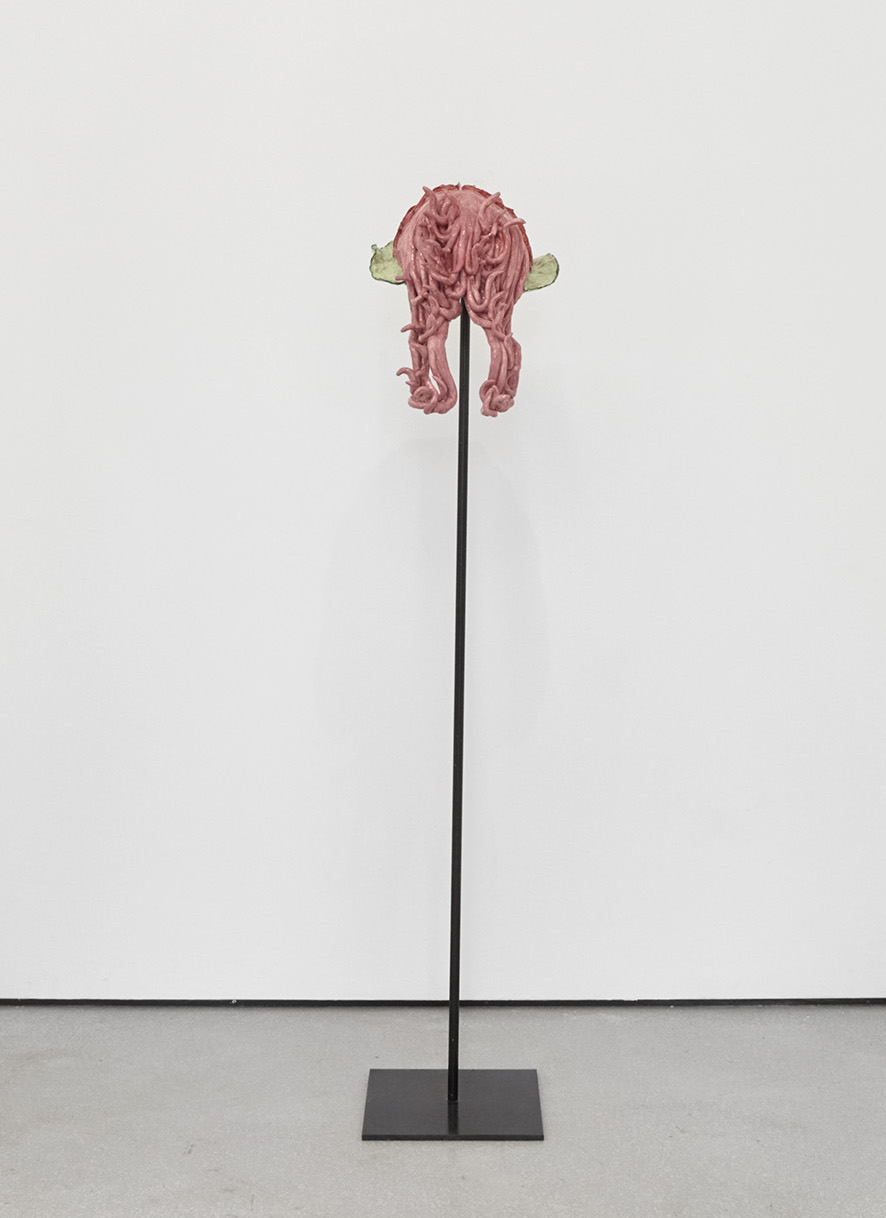 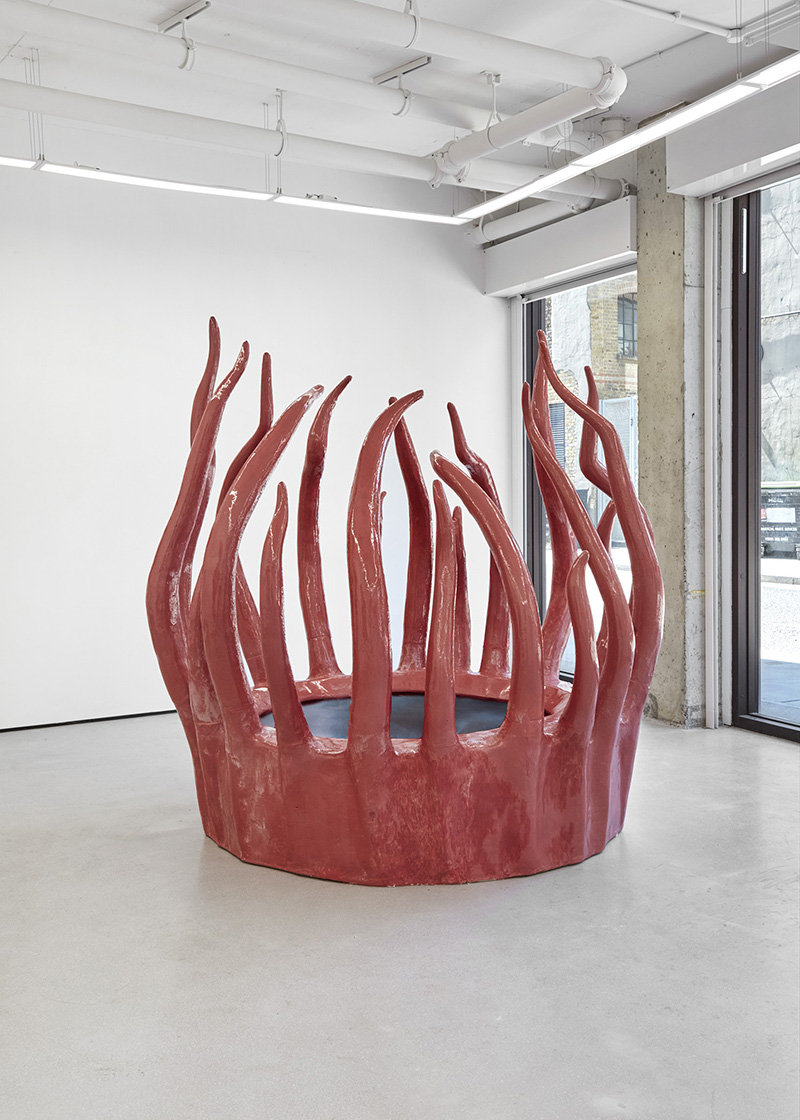 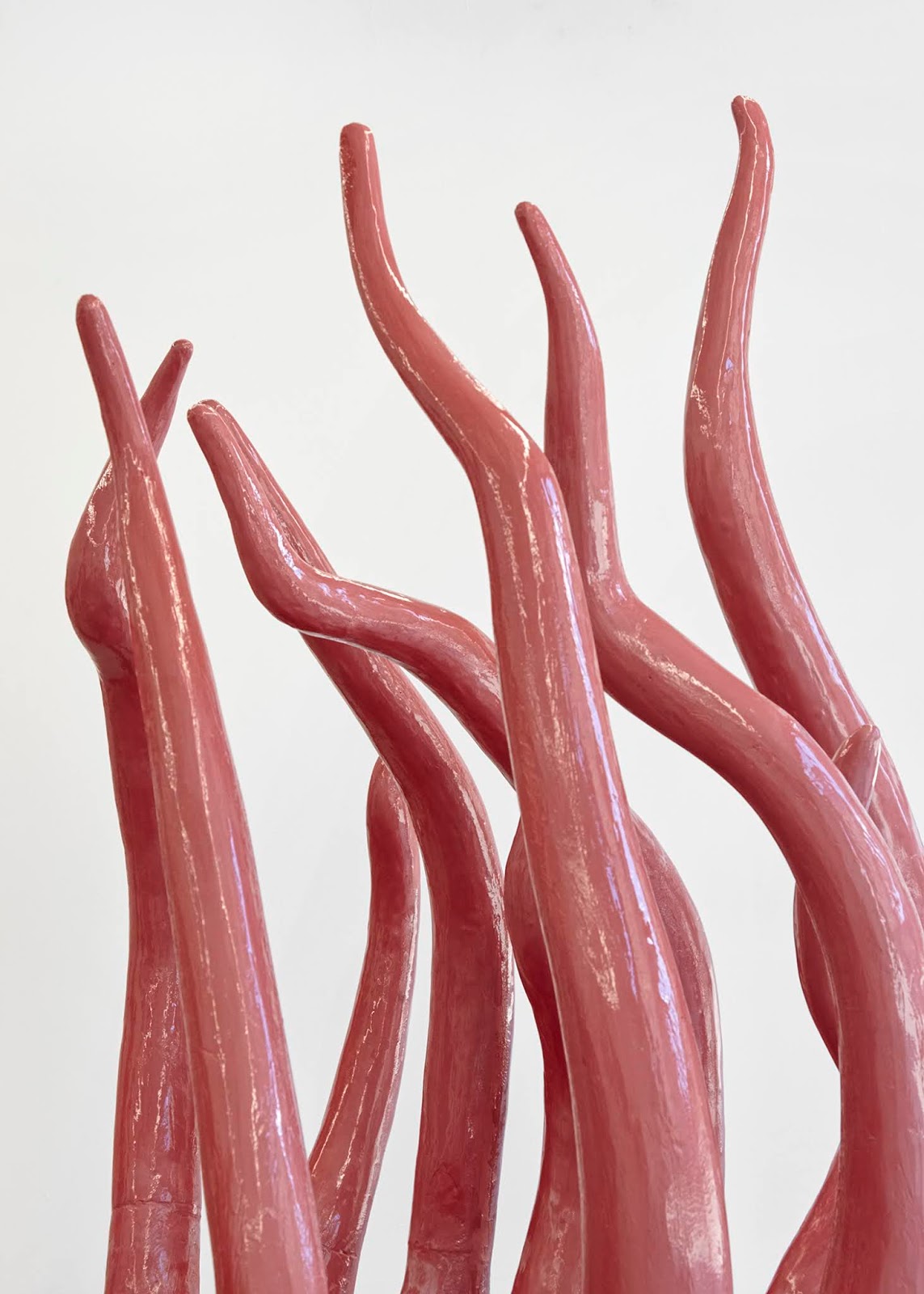 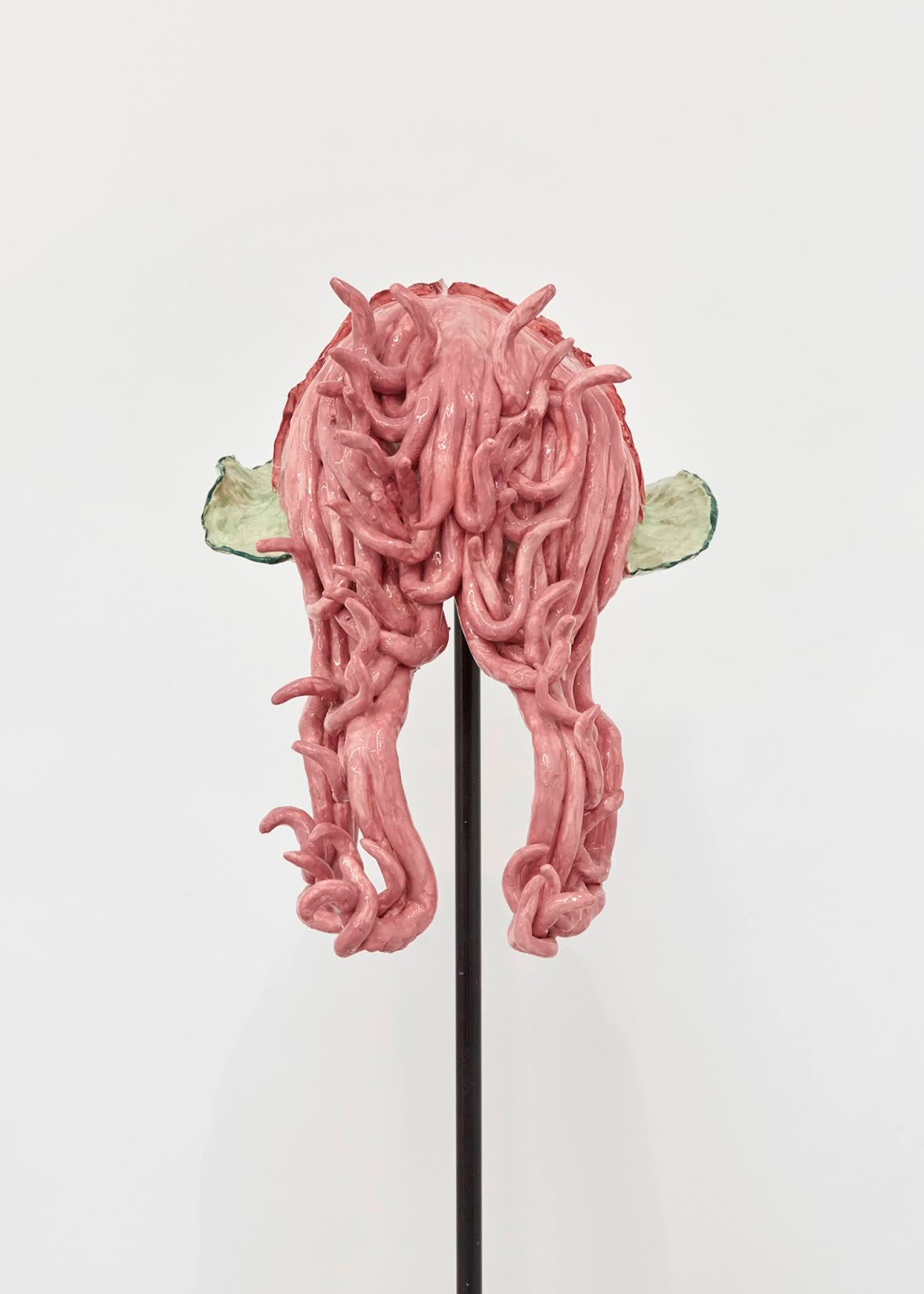 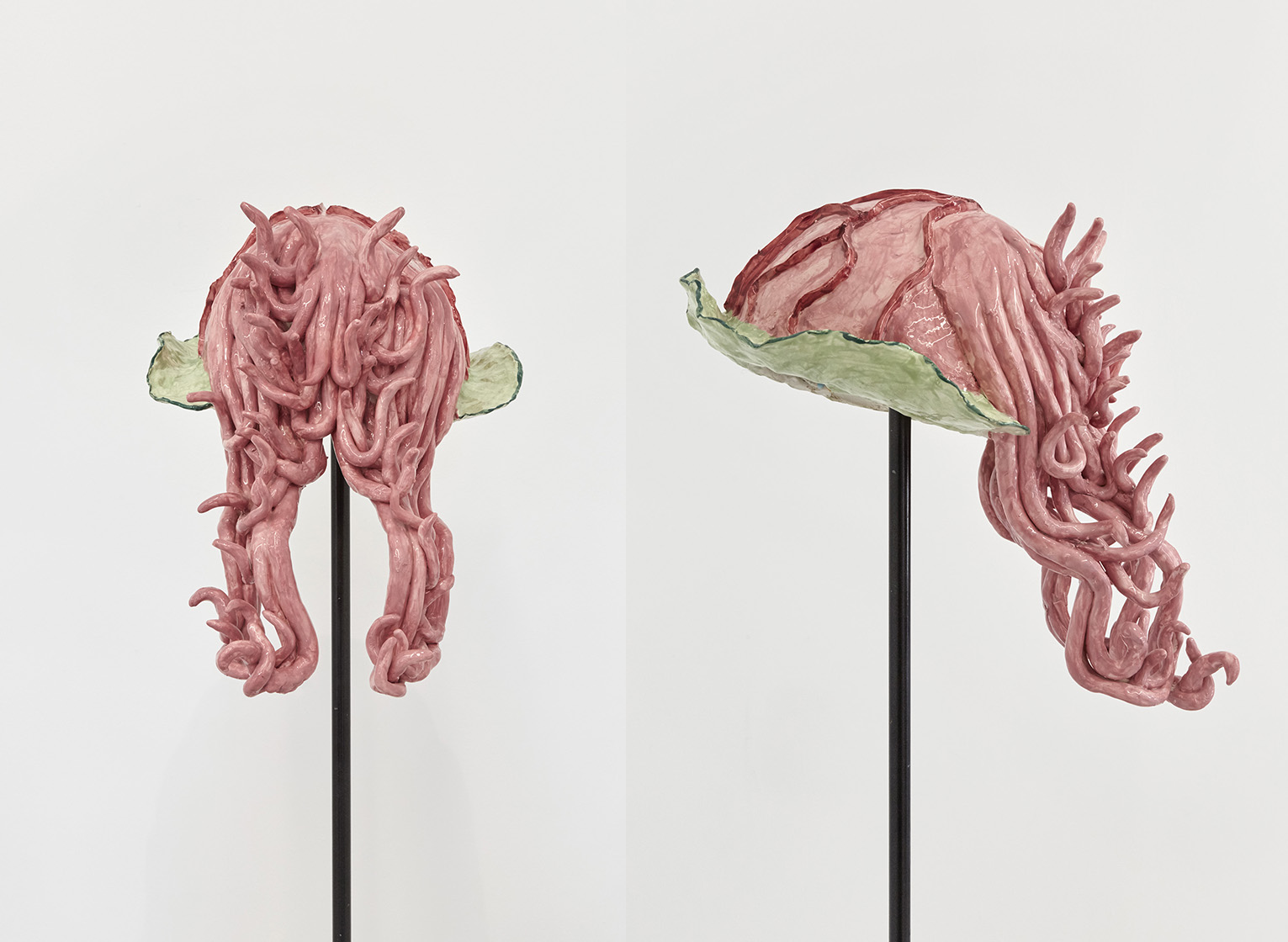 ‘Since we human and more-than-human animators of life are all bodies of water, we give material form, shape and meaning to that which exists in the abstract in only a very circumscribed way. As part of our lifeworld, water must take up expression in some body, and human embodiment is one of the particular expressions. Water is thus also specifically what we make it, in the sense that it is not simply something “out there” – environment, resource, commodity, backdrop – but also the stuff of human bodies, and never separate from our own incontestable materiality’.
- Astrida Neimanis, Bodies of Water: Posthuman Feminist Phenomenology (2017)

‘In us, the oblivion of the world was born’.
- Eugenio Montale, Cuttlefish Bones (1925)

Lychee One proudly presents Tides in the Body, an exhibition featuring new work by the artist duo Luisa Mè and Giovanni Vetere and curated by Marcelle Joseph, the gallery’s 2020 curatorial consultant. In our Anthropocene geological age that is named after the human species that has transformed our fragile planet through global capitalism to one that is characterised by wild weather, drought, floods, fires, warming oceans, melting icebergs and accelerating extinctions of other biological species, this exhibition instead looks at homo sapiens as ‘bodies of water’ [1]that are generative and gestational in their watery embodiment that leaks and seethes in direct opposition to Enlightenment Man’s notion of what Donna Haraway calls ‘human exceptionalism and bounded individualism’. To stop, in the poet Eugenio Montale’s words, ‘the oblivion of the world’, these human bodies, that are made up of more than two-thirds water, take responsibility and live ecologically. In our age of ‘liquid modernity’ – a term coined by Zygmunt Bauman at the turn of the millenium – where ‘change is the only permanence, and uncertainty the only certainty’, this exhibition proposes a solution to the sustainability of the planet and its inhabitants that does not depend on short-term economic growth or profit-seeking motives but instead calls for people working in concert to find instinctual answers over the flow of time to life’s challenges.

In this exhibition, during several performances throughout the run of the show, Giovanni Vetere will emerge from the queered body of water filling his large-scale ceramic anemone as an exquisite trans-corporeal cuttlefish that fulfills Haraway’s tentacular thinking that we are all “companion species” or “naturecultures” ‘living with, from, inside and through each other’ in a world where ‘there is no pure nature, no separate culture’.[2] Adorned in a costume designed by Mathilda Bennett-Greene and tentacles made from fired clay, the oldest artistic medium that originates from the earth we tread upon, Vetere will inhabit and animate the body of the eight-armed, two tentacled marine mollusc that is known to be among the most intelligent invertebrates with a tendency for gender-bending. Camouflage in cuttlefish language translates into the smaller male cuttlefish disguising itself as a female cuttlefish, changing body colour and pretending to be holding an egg sack, in order to swim past the larger guard male and mate with the female or perhaps to attract the larger male’s attention for sexual pleasure.

Framing Vetere’s Alice in Wonderland-dimensioned anemone will be a series of new paintings by Luisa Mè, each embedded with a feeling of post-apocalyptic unease related to the present Anthropocene era where humankind is slowly obliterating nature and the environment. These paintings pay tribute to the artist duo’s Italian Renaissance forebears, including Piero della Francesca and El Greco, but the depicted figures desire rebellion and are attempting to break out of the landscape that represents our society’s insistence upon individualism, anthropocentrism and phallogocentrism. As Bauman philosophises in his Liquid Modernity (2000), ‘the prevailing ideas of our day box us in…But if we can see the box itself, then we can cut ourselves a window – or even a door’. Suspended from the ceiling will be two spiky sculptures made by Luisa Mè, each an agglomeration of found objects and pigmented and sculpted resin evocative of a flying reptilian species that has gestated from the primordial waters of the prehistoric age of the dinosaurs. Soaring above the sea, these creatures look down upon a rich, biologically diverse land that could be Earth’s future if humankind acts together to prevent what climatologists have forecasted as our doomsday.

Together, the works in this exhibition stir the tides in our own bodies and awaken our community-minded spirit to take action to save our planet. As Haraway cautions, we may be in need of a ‘third story’, not the Anthropocene, not the Capitalocene but the Chthulucene where homo sapiens imagine themselves to be invertebrate octopi, ‘the mobile, many-armed predators of the sea, pulsating through and over the coral reefs…in nonarrogant collaboration with all those in the muddle’.[3]

Luisa Mè (Luca Colagiacomo (b. 1990, Milan, Italy) and Francesco Pasquini (b. 1991, Pesaro, Italy)) is a duo of London-based Italian artists who have collaborated since 2016 and were educated at the Accademia di Belli Arti di Urbino, Italy (2011-2015). As an artist duo that makes paintings and sculpture, Luisa Mè engages with themes of human existence and psychology in their work, concentrating on the dark side of the human condition, as seen through their own subjective experiences. Despite the visual seduction, their evocative body of work copes with debased and wretched human qualities, aiming to divulge potent emotions and heartfelt psychological fears. Compositionally, the pictorial plane of Luisa Mè’s paintings is dominated by expressive renderings of figurative or anthropomorphic forms in a vibrant, polychromatic palette. The freshness and originality of their compositions reveal, at closer look, a deep knowledge and respect of the Italian aesthetic tradition. An overwhelming energy transforms apparently peaceful situations into virtual struggles that force the figures into unnatural and painful contortions that are also visible in their curvaceous sculptural practice. From the purple of a hematoma to a spiky high heel, from the spread legs of a human to the beak of a tropical bird, Luisa Mè employs motifs that flutter between sexual pleasure and beauty and something more sinister and psychologically painful. Recent solo exhibitions include those at National Gallery of Marche, Urbino, Italy (2019), Union Gallery, London (2019), Her Gallery, London (2018) and T293, Rome (2017). Luisa Mè attended an artist residency at Bocs in Cosenze, Italy in 2018. Luisa Mè is represented by T293 in Rome.

Giovanni Vetere (b. 1995, Rome, Italy) is an Italian artist based in London who completed his BA in Fine Art at Camberwell College of Arts in 2018. Vetere’s artistic practice spans sculpture, performance and photography with an increasing emphasis on watery performance art. Vetere’s interaction with water reflects upon the controversial relationship that the human body maintains with the sea and seeks to understand the effects that water has on the human body, not only as a physical response but as a generator of meaning and symbolism. Vetere often takes a scientific fact and builds an imaginary around it, reflecting on future histories and interrogating the constraints and limitations of our capacity to imagine a more harmonious world in which humanity is finely attuned to the environment. By adopting a post-humanist stance towards the body, the artist aims to de-centre the way we perceive our own bodies by insisting upon the idea that we are chiasmically entwined with the world and that all human beings are permeable and permeate one another. Vetere’s work envisions a world of bodies that are trans-corporeal and constantly pulled into a symbiotic relationship with other bodies. Recent solo exhibitions include those at Union Gallery, London (2019) and The Orange Garden, Rome (2019 and 2018). Recent group exhibitions include: ‘Abstract Reality’, Saatchi Gallery, London (2018); FRAC Festival, Borgia, Italy (2018); ‘Bodies of Water’, Exposed Arts Projects, London (2018); ‘Noise’, APT Gallery, London (2018); and the Florence Biennale, Florence, Italy (2017). Vetere was awarded the Lorenzo Il Magnifico Prize at the Florence Biennale in the category of Performance Art in 2017 and participated in an artist residency in Beijing, China in 2016.

Marcelle Joseph is a London-based American independent curator and collector. In 2011, Joseph founded Marcelle Joseph Projects, a nomadic curatorial platform that has produced 36 exhibitions in the UK and the rest of Europe, featuring the work of over 200 international artists. Joseph’s expertise is in early career artists based in the UK, in particular, female-identifying and non-binary artists, and has an academic specialization in feminist art practice after completing an MA in Art History with Distinction from Birkbeck, University of London. In 2013, she executive edited Korean Art: The Power of Now (Thames & Hudson), a survey of the contemporary art scene in South Korea. Additionally, Joseph is a trustee of Matt’s Gallery, London and served on the jury of the 2017-2019 Max Mara Art Prize for Women, in collaboration with the Whitechapel Gallery and Collezione Maramotti, and the Mother Art Prize 2018. She also collects artworks by female-identifying artists under the collecting partnership, GIRLPOWER Collection, as well as more generally as part of the Marcelle Joseph Collection. Throughout 2020, Joseph will act as Curatorial Consultant for Lychee One, a commercial gallery located in East London.