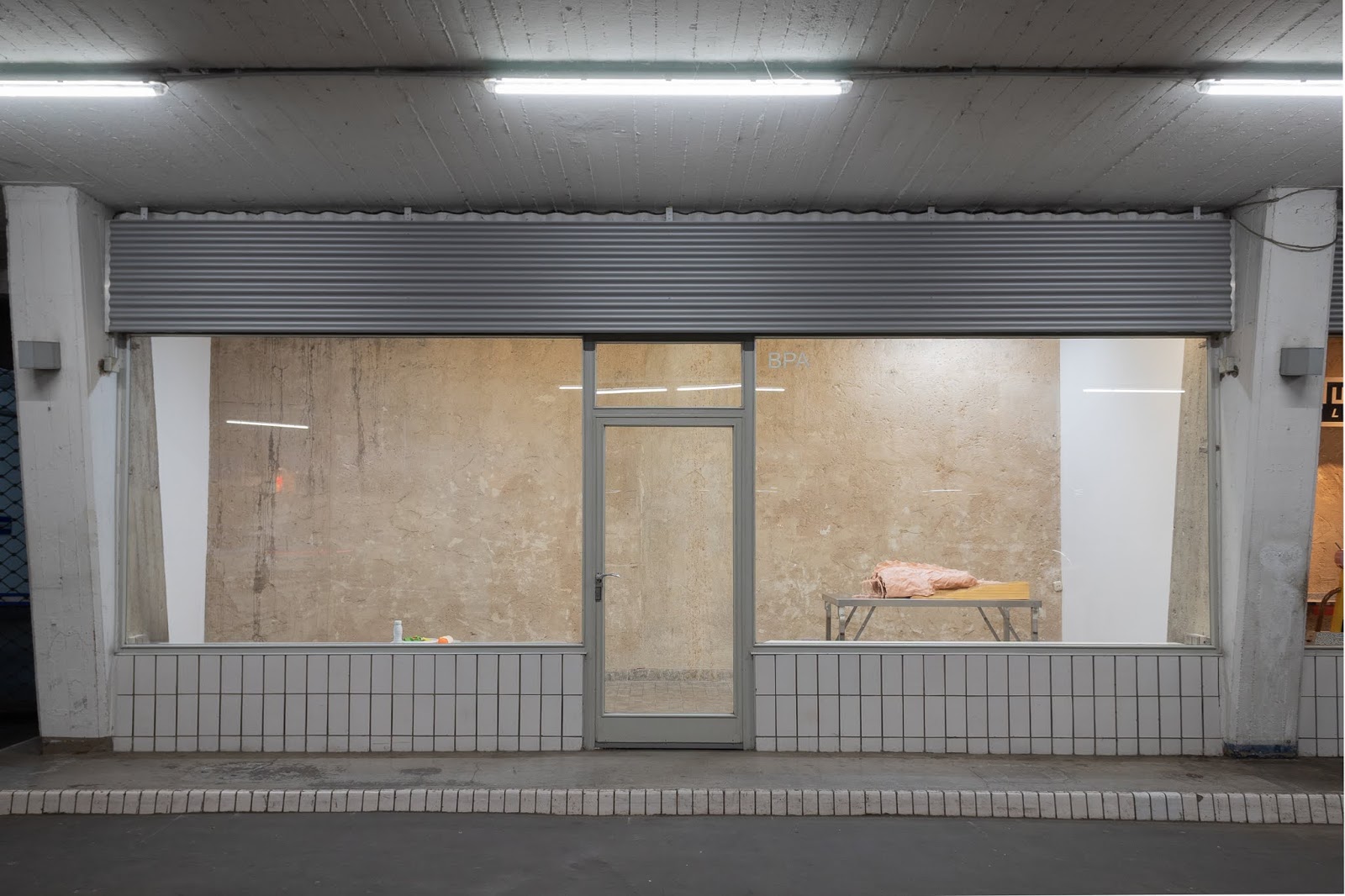 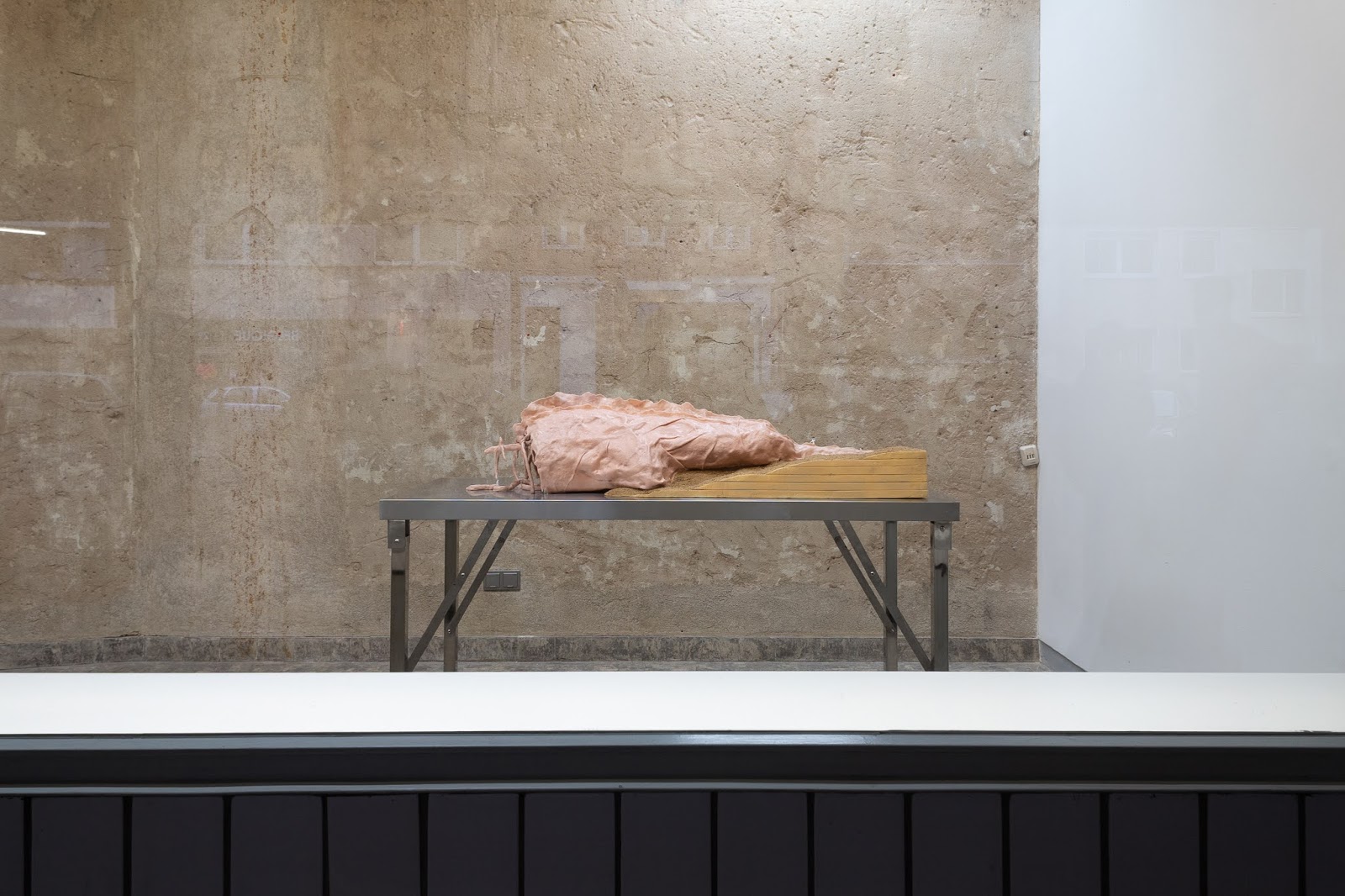 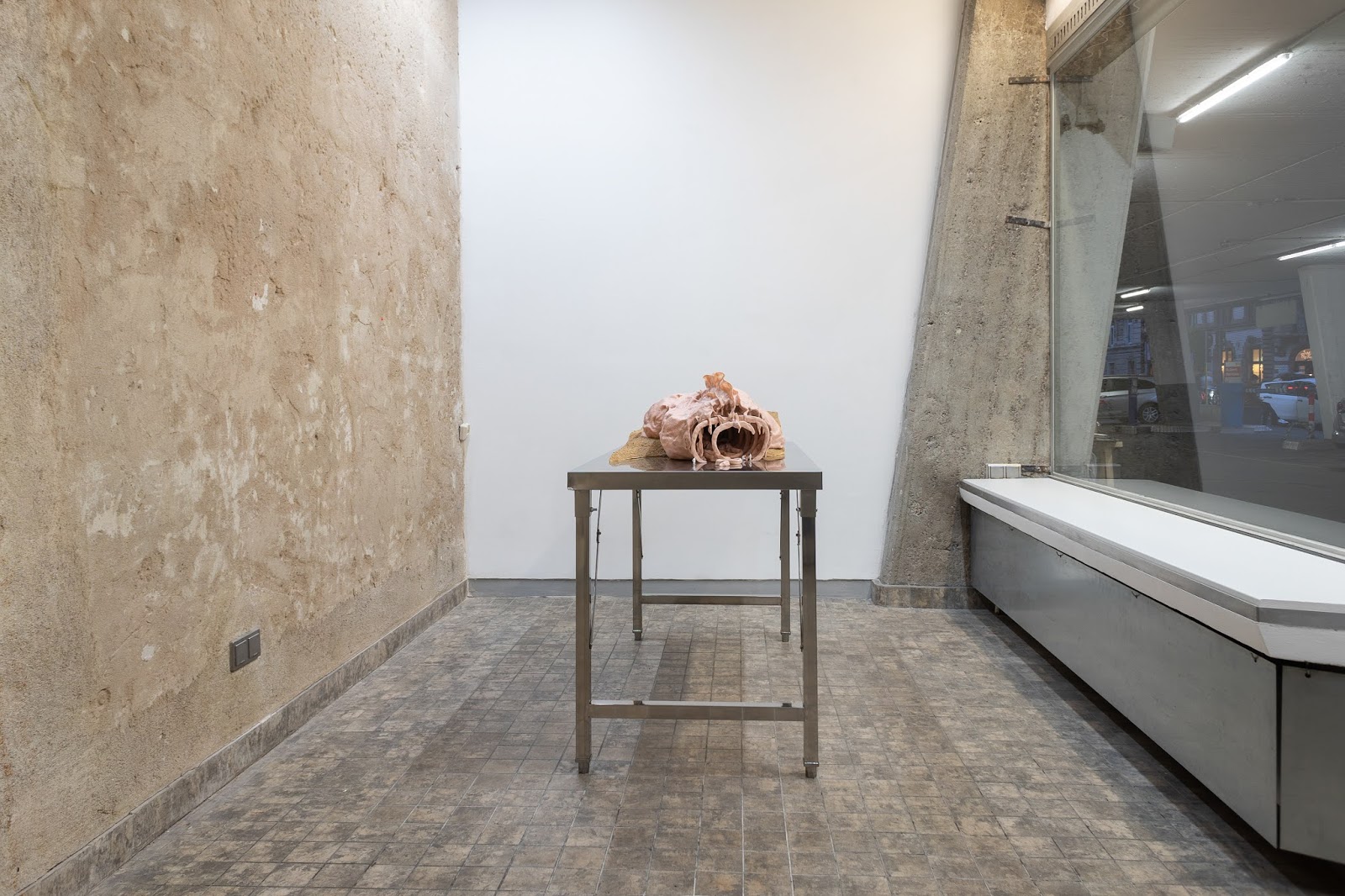 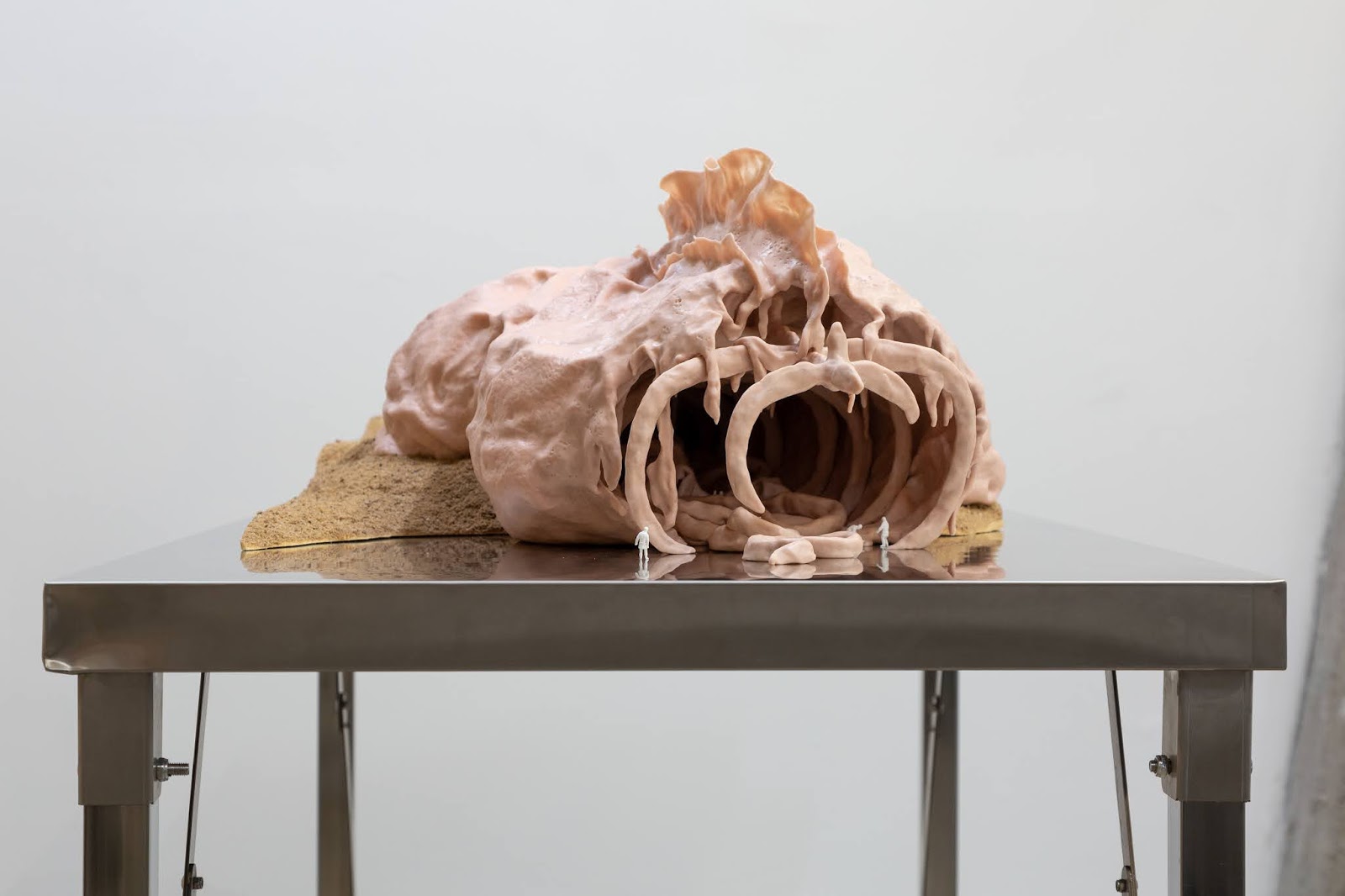 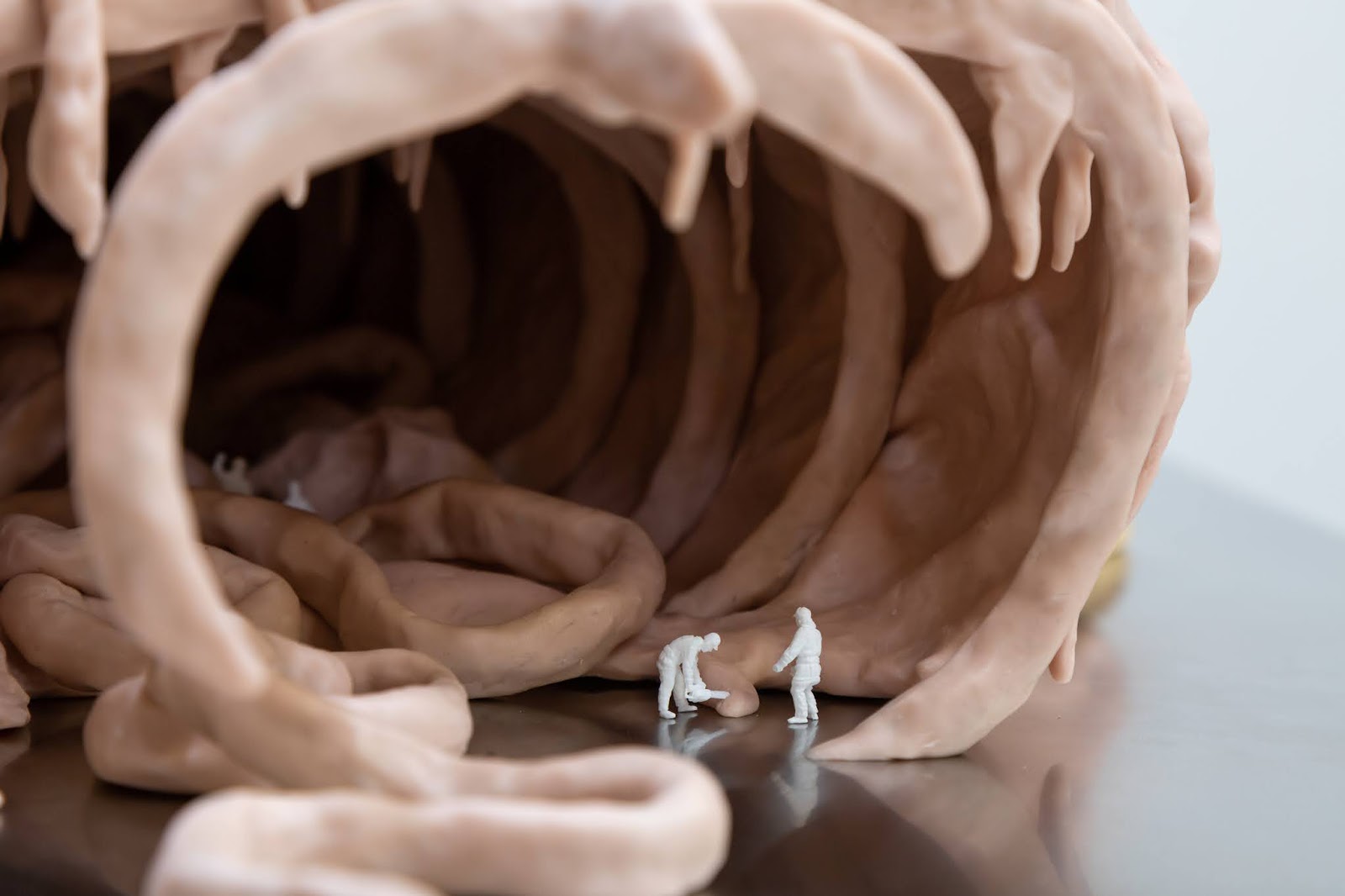 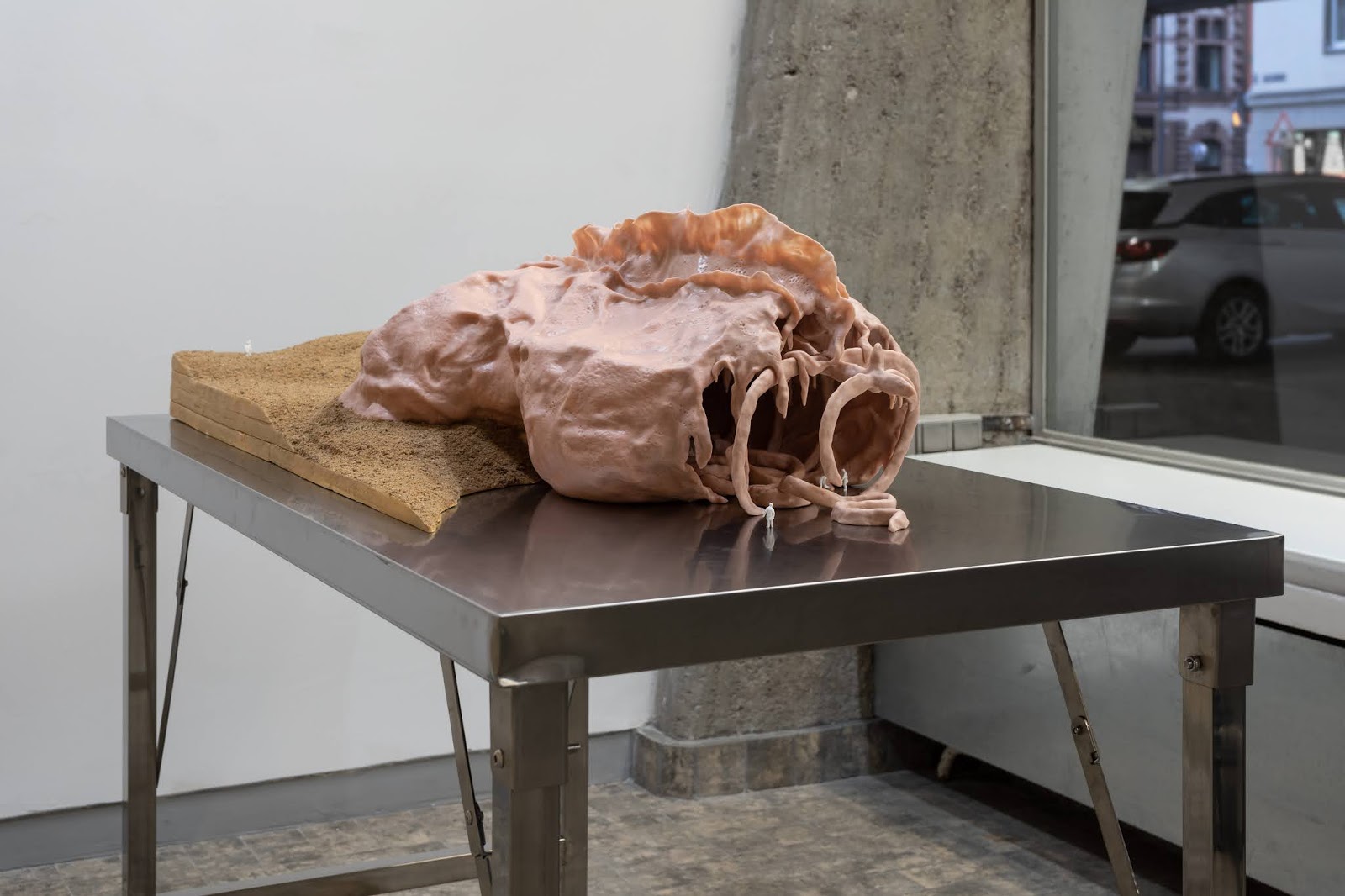 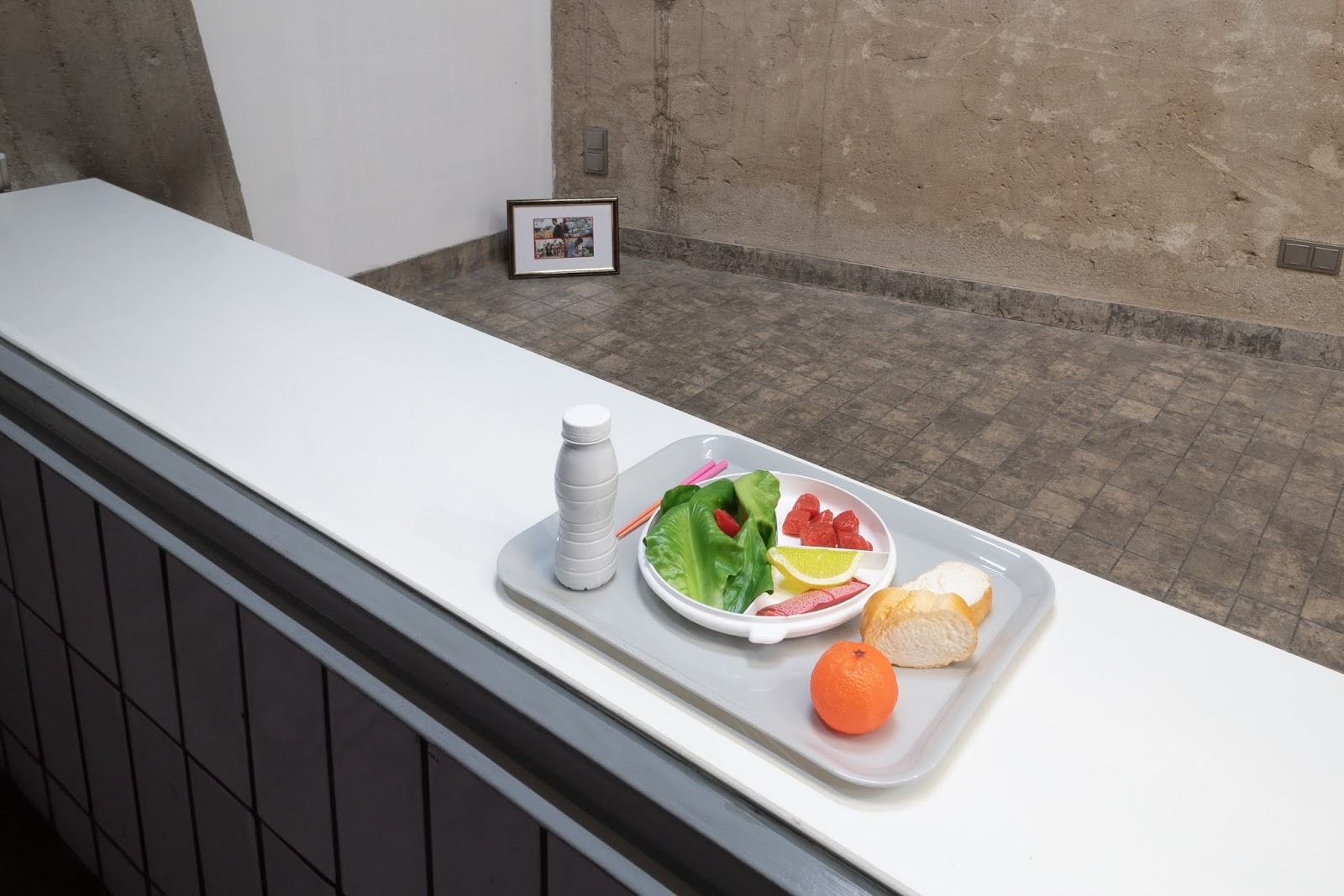 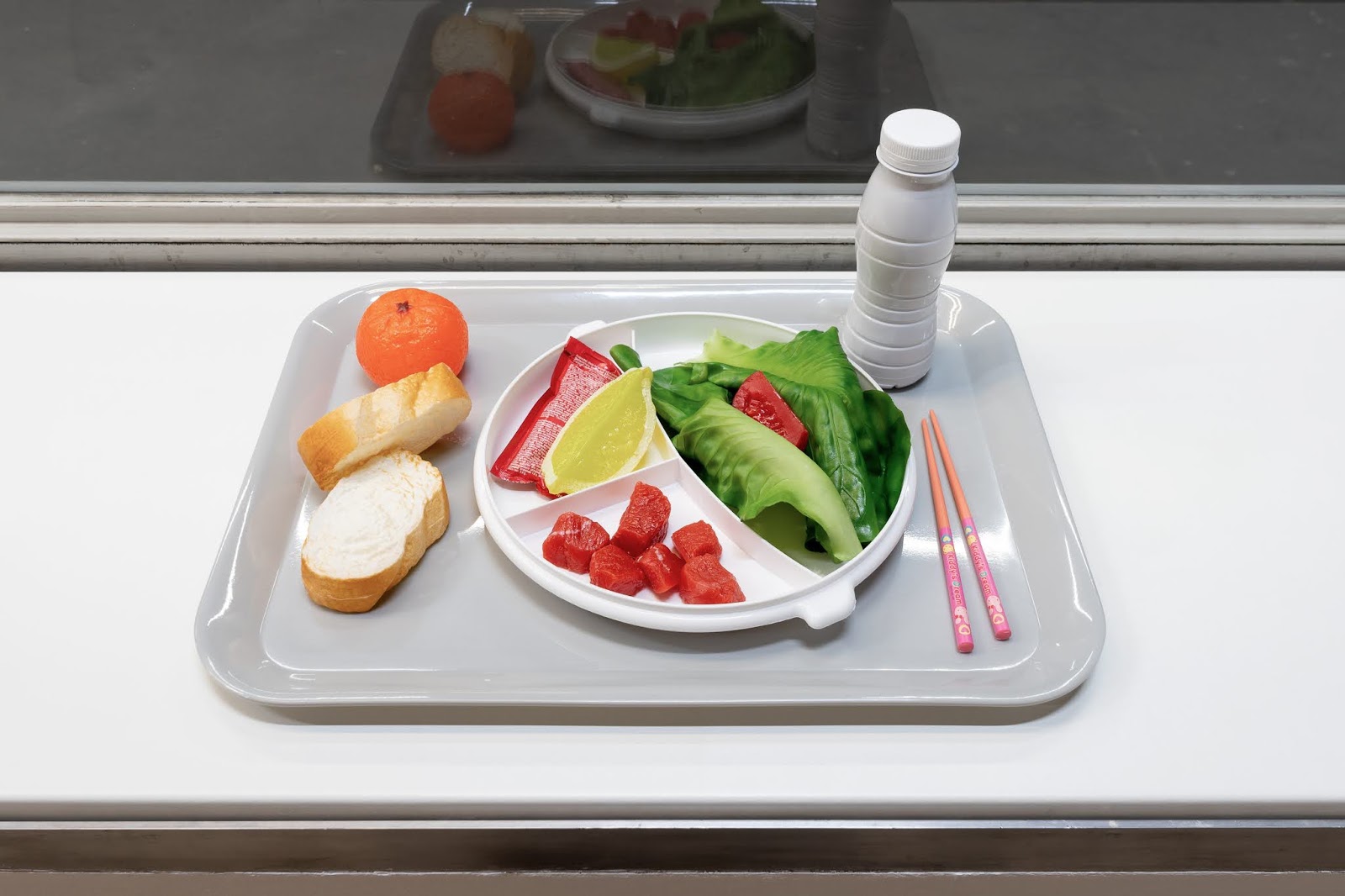 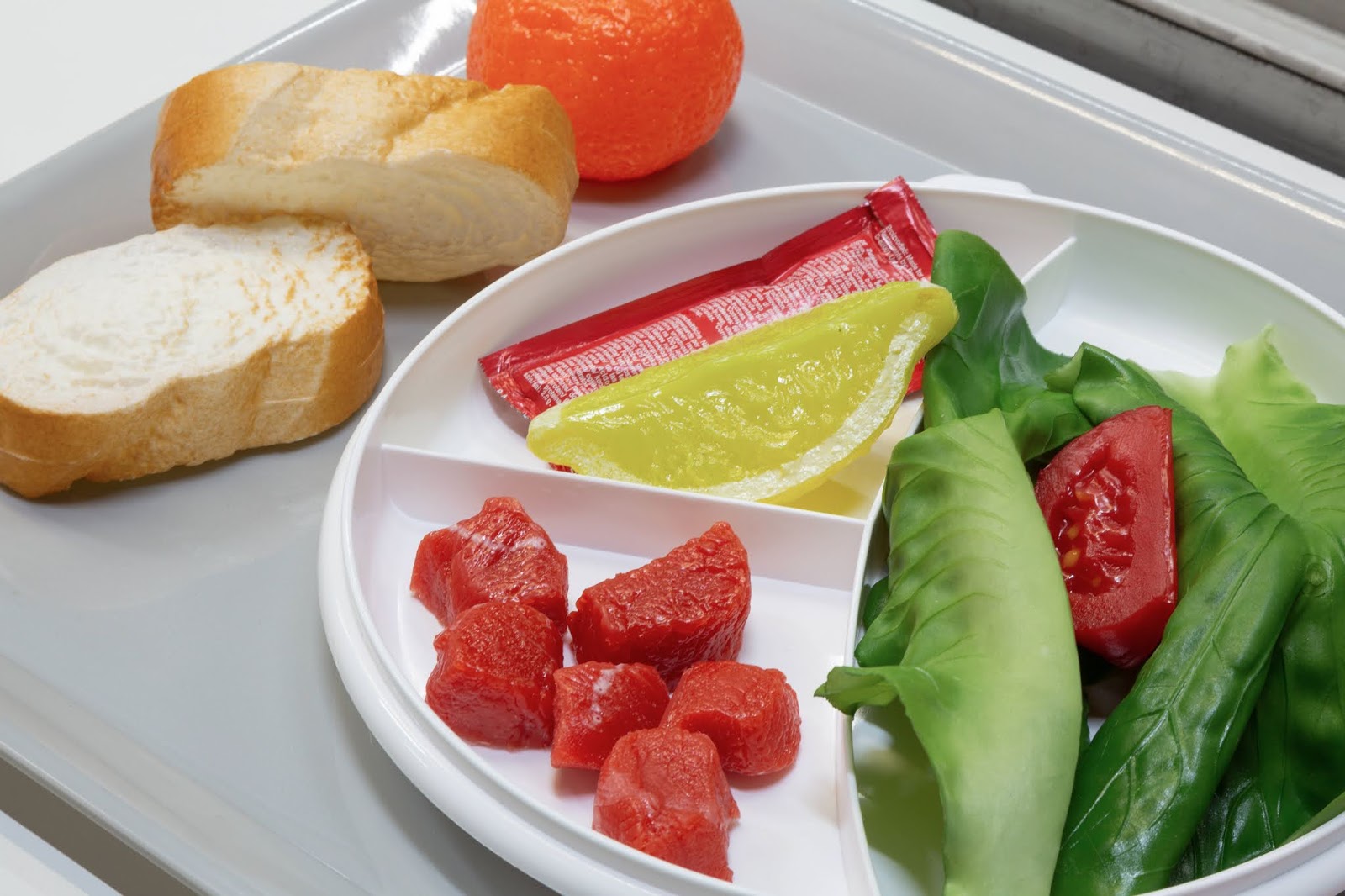 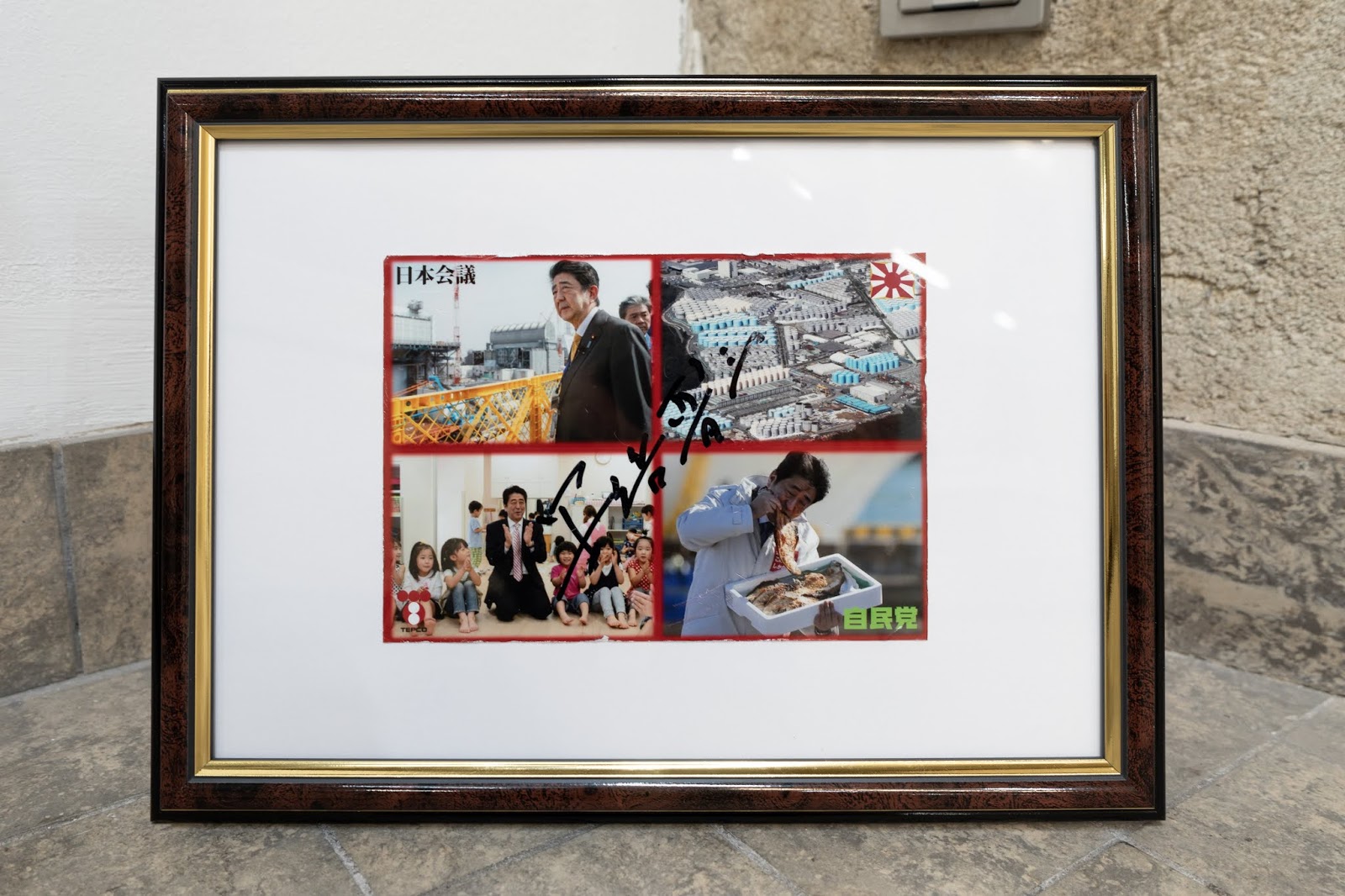 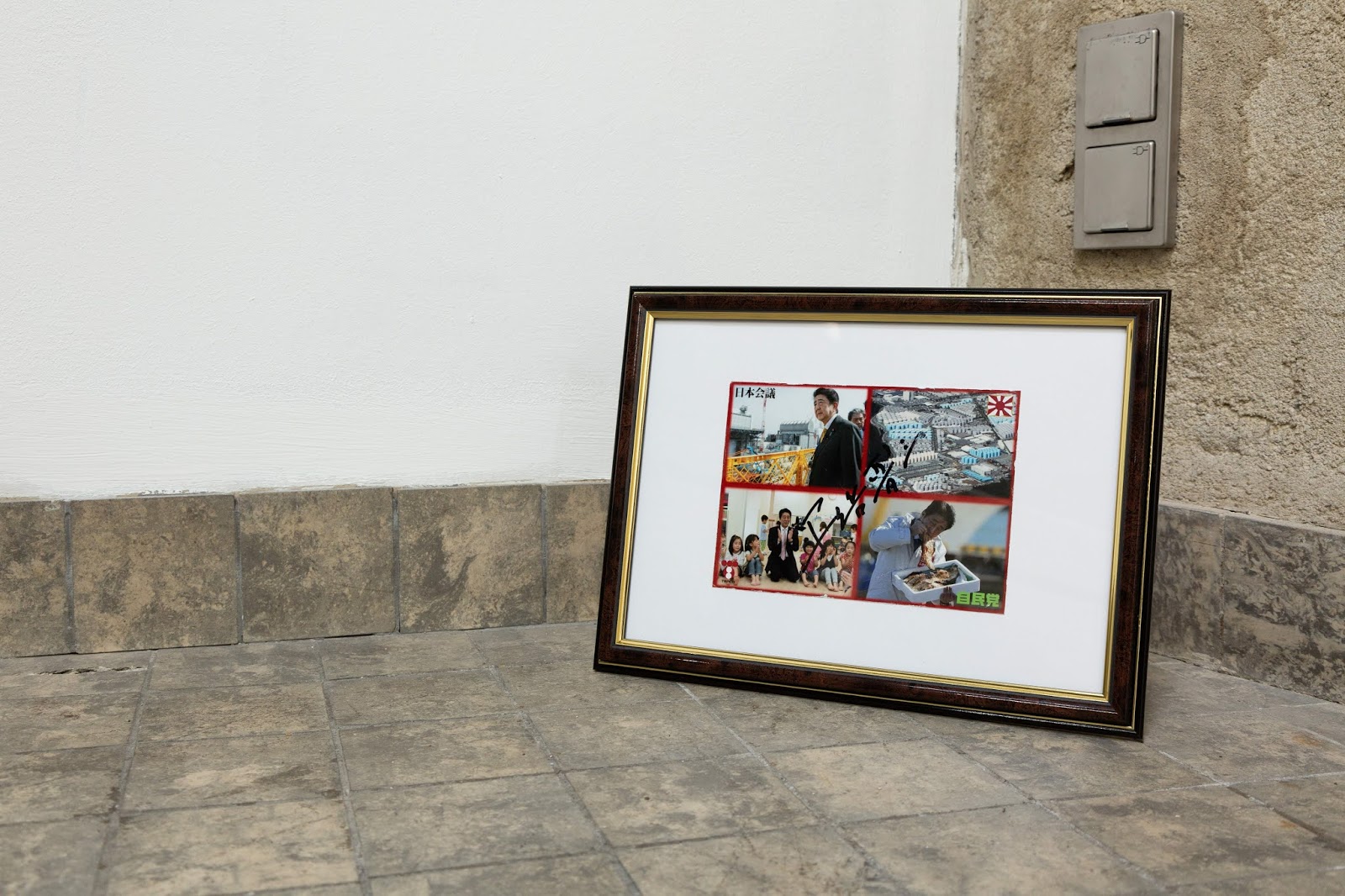 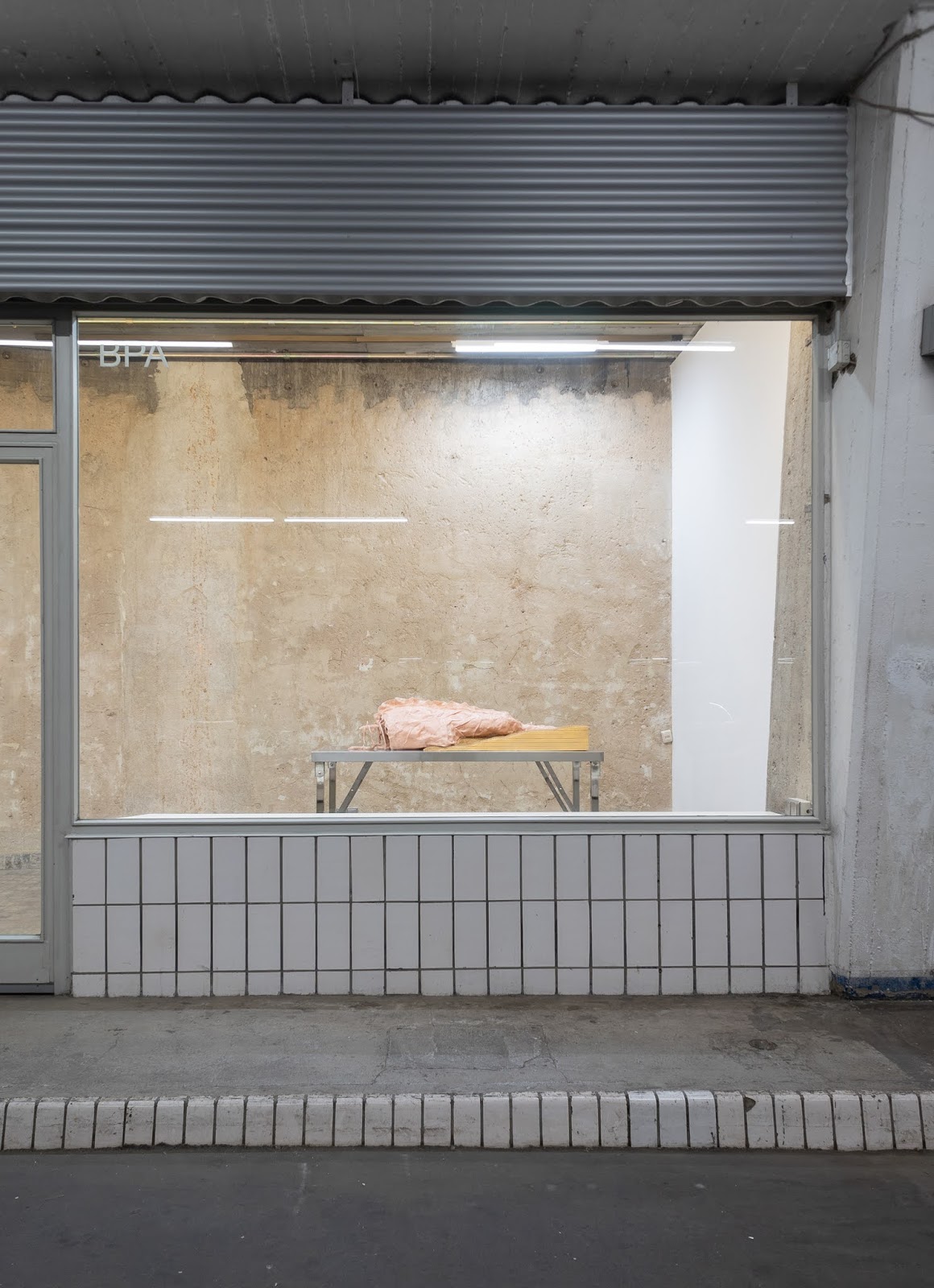 
All images courtesy of the artist and space.


Compiled, rephrased and written by Brainless Pressrelease Autodidacts
Although Hollywood studios and motion picture visual effects companies now mostly work with green screen, CGI and motion capture, physical models are still very often being built, for example to blow them up in front of the camera (since a real explosion still looks more realistic than animated) or to shoot with motion control photography: Today’s computer technology allows the programmed camera movement to be processed, such as having the move scaled up or down for different sized elements. As the time and cost to achieve photo-realistic shots often far exceeds the cost of shooting the live action itself, motion control is often applied in shooting with miniatures, either to composite several miniatures or to composite miniatures with full-scale elements.

It has been handed down that in the Middle Ages, but also in the 60s and even in 2014, whales swam into the Rhine and were washed up in Duisburg and Cologne.

Miniature worlds are dominated worlds. The cleverer someone is at miniaturizing the world, the better someone is to possess and control it. The miniature’s fixed form is manipulated by individual fantasy rather than by physical circumstances. It offers a world clearly limited in space but frozen and thereby both particularized and generalized in time – particularized in that the miniature concentrates upon the single instance and not upon the abstract rule, but generalized in that that instance comes to transcend, to stand for, a spectrum of other instances.
A globster or blob is an unidentified organic mass that washes up on the shoreline of an ocean or other body of water. A globster is distinguished from a normal beached carcass by being hard to identify, at least by initial untrained observers, and by creating controversy as to its identity.

Sight: egg yolk-yellow spinal matter dripping from vertebrae the size of tree trunks.
The Nippon Kaigi (Japan Conference), established in 1997, is Japan’s largest conservative revisionist organization and has approximately 38,000 members. The Association wants to reinstantiate a Japanese Empire, is prone to Shinto fundamentalism, hostile to gender-free education and the sexual minority civil rights movement, supports revising the Japanese Constitution, especially Article 9 which forbids a standing army and wants to rewrite elementary school history textbooks that would nurture a national or right-wing consciousness. Besides Abe himself, many of his cabinet and the LDP are prominent members in the Nippon Kaigi.
The name Gojira (Godzilla) consists of the words Gorira (gorilla) and Kujira (whale). The Japanese Godzilla film can be interpreted as a processing of the Second World War lost by Japan, the atomic bombs dropped on Hiroshima and Nagasaki and the numerous nuclear tests carried out by the Americans in the Pacific during the Cold War. Since the manifestations of Godzilla in the genre’s more than thirty films vary greatly, it is difficult to say exactly what constitutes the monster. Almost always, however, it is a hybrid of whale, gorilla and lizard coming out of the deep sea and uses atomic energy as a weapon or in some films even draws all its power from nuclear energy. Seven years of American censorship during the occupation had eliminated the nuclear complex from the Japanese public. Godzilla was the first Japanese feature film and also one of the first films internationally to deal with the bomb.

The inclusion of human figures as a comparison for scale offers yet another bridge between fictional and real realms, reinforcing the incommensurability and immensity of other big things.
Tokyo Electric Power Company Holdings is a Japanese electric utility holding company which owns the Daiichi Nuclear Power Plant where the Fukushima nuclear accident was started by the Tōhoku earthquake and tsunami in 2011. As a result of the meltdowns, large amounts of water contaminated with radioactive isotopes were released into the Pacific Ocean during and after the disaster, which increased the risk that a lot of fish near Fukushima is poisoned. Parallels can be drawn to the public outrage happened right after the atomic bombings of Hiroshima and Nagasaki, when contaminated fish were being traded throughout the country. Despite the fact, that in 2008 TEPCO made two studies in which the effect of tsunami waves was studied on the performance of the reactors, the company failed to take advantage of this knowledge and nothing was done to prevent such an event to happen. More than one million cubic meters of contaminated water is stored in the plant area and being treated by a purification system that can remove radionuclides to a level that Japanese regulations allow to be discharged to the pacific ocean. Moreover, as under American occupation, the Japanese government's hush-hush information policy on the nuclear complex is proving effective today.
Smell: an oppressive miasma of the sourest stench imaginable combined with rancid grease.

While the miniature object often speaks to the past, it encapsulates the time of production. Miniature objects are most often exaggerations of the attention to detail, precision, and balance that is characteristic of craft and artisanal culture – a culture which is considered to have been lost at the dawn of industrial production.

The 1930s also saw the advent of factory-ship whaling in the Antarctic and this continued post-war when the Allied Powers gave permission for Japanese whaling fleets to fish there in order to overcome food shortages. And in this vacuum of national symbols (nihonjinron), whale meat has provided a particularly powerful image. The post-war period saw a free-for-all race to kill as many whales as possible known as the Whaling Olympics. When the American occupation authorities urged that whale meat be offered in classroom lunches nationwide as a cheap source of protein, for the first time whale meat became part of Japanese everyday life. But as alternatives became available decades after the war, the demand declined. The government, using whaling as a symbol of national identity and pride, insists on continuing with whaling until today and even spends large amounts of taxpayers’ money to subsidise stockpiles of whale meat which few Japanese want to eat. In fact, Children are being taught about the history of whaling, the biology of the animals, how to cook the meat and even have to watch a whale being sliced open in real life. In many Japanese schools the children are served whale meat as a regular school meal – but with ketchup, otherwise the children wouldn’t eat it.
Current Prime Minister Shinzō Abe’s personal patriotic vision to remake a “beautiful Japan” that is socially harmonious and ethnically homogeneous can be read in his bestseller Towards a Beautiful Country (2006), in which he yearned for Japan to become a truly independent country unfettered by the shackles of Japan’s peaceful constitution. Besides the facts that the US withdraw from TPP in 2017 and Trump isn’t bothered by North Korean missile tests and on the other side Japan is buying costly American weapons to reduce the country’s trade surplus with the US, Mr Trump and Mr Abe are regular golf partners and according to Trump have a „very, very good chemistry“. It is also true that he started showing pragmatist leanings from the very outset of his second premiership in 2012 and has gradually shelved ideology in favor of realpolitik based on Japan’s national interests.

Sound: the thunk of meat hooks sinking into rotting blubber.

Food models, fake foods or food samples are a model or replica of a food item made from plastic, wax, resin or similar material and most of all fake food is still handcrafted. These models are commonly used in restaurant street displays in Japan (shokuhin sampuru) and Korea to represent the dishes available inside.

Julia Kristeva describes abjection (subjective horror) as the feeling when an individual experiences, or is confronted by (both mentally and as a body), one's „corporeal reality“, or a breakdown in the distinction between what is Self and what is Other. The abject is, as such, the process that separates from one's environment what "is not me". Abjection prevents the absolute realization of existence, completing the course of biological, social, physical, and spiritual cycles. The best representation of this concept can be imagined as one's reaction to gazing at a human cadaver, or corpse, as a direct reminder of the inevitability of death.
The latest Godzilla movie Shin Godzilla (2016) leaves no doubt that the greatest threat to Japan comes not from without but from within, from a geriatric, fossilized government bureaucracy unable to act decisively or to stand up resolutely to foreign pressure.
Touch: greasy goo, everywhere. There was even a taste for anyone unlucky enough to be caught open-mouthed at the wrong time.

A dissonance between our interior worlds that of course we find increasingly virtual and beholden to our godlike control of drag & drop materiality conjuring our desires that the outer world increasingly doesn't reflect, the world steamrolled at the whim of other's control.
The miniature assumes an anthropocentric universe for its absolute sense of scale. The predominant visual illustrations of the Anthropocene attempt to portray the vast temporal scale of the epoch and /the enormity of human impact on the planet by simply zooming out, up and away from the planet, taking photographs from the sky. This transcendent perspective, which places the human observer in a position reminiscent of the „God trick“, removes the fleshy, embodied human from the scene. We are all embedded in material processes; thus, politics and ethics involve scale- shifting modes of thinking and acting.

Big dumb objects function as science fiction’s equivalent to a MacGuffin, plot devices which serve to awe the viewer with mystery and intrigue yet bear little to no narrative explanation. The objects we face are visually so striking that they quash further inquiries into their exact raison d’être. The big dumb object, be it tumor or bubble, manifest fear as a physical object so it can be overcome, defeated by the plot. It is an effigy, a device to allow our dream-selves to create a monster that we can see defeated, turned over in hand, felt, and thought.