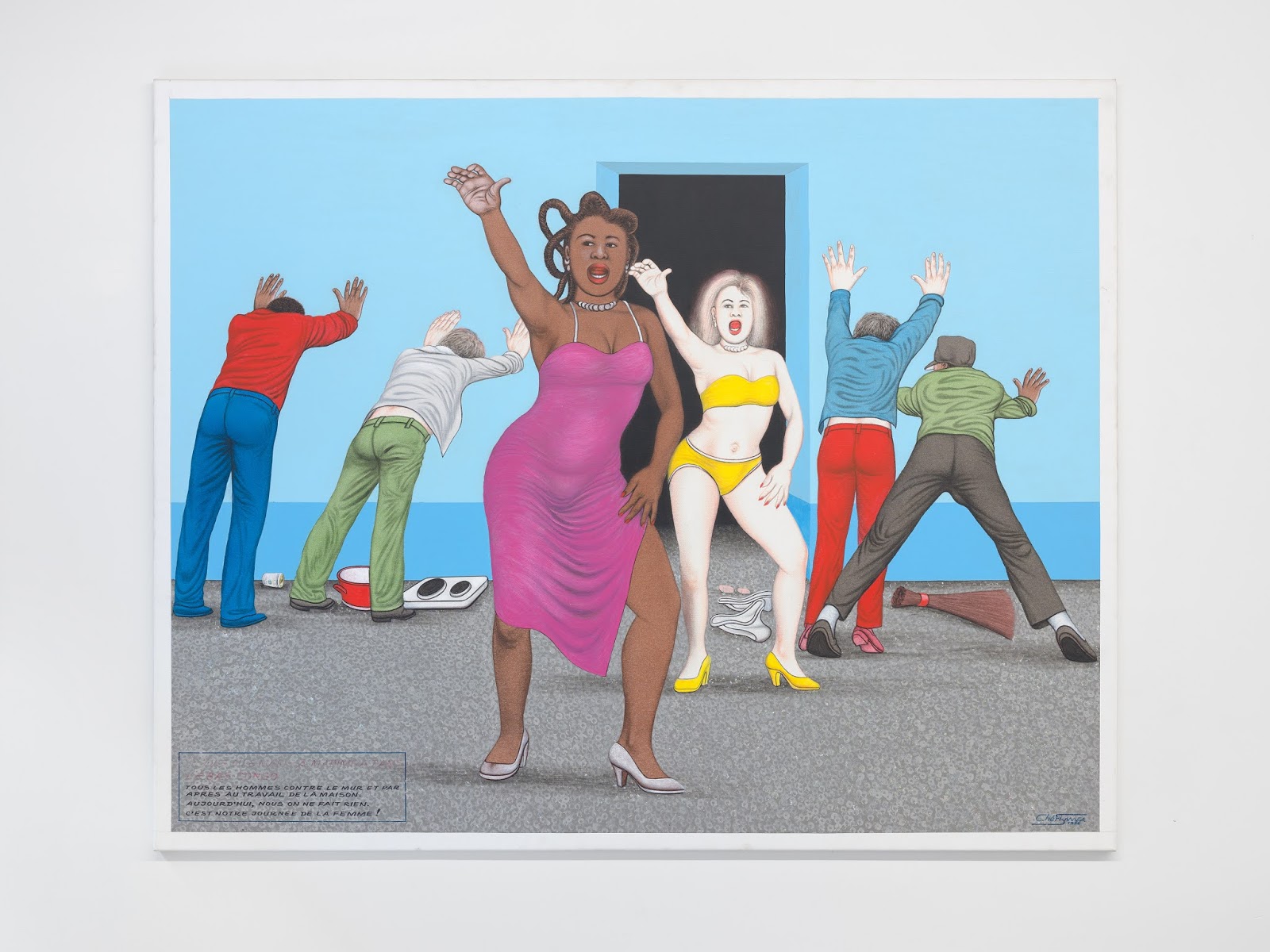 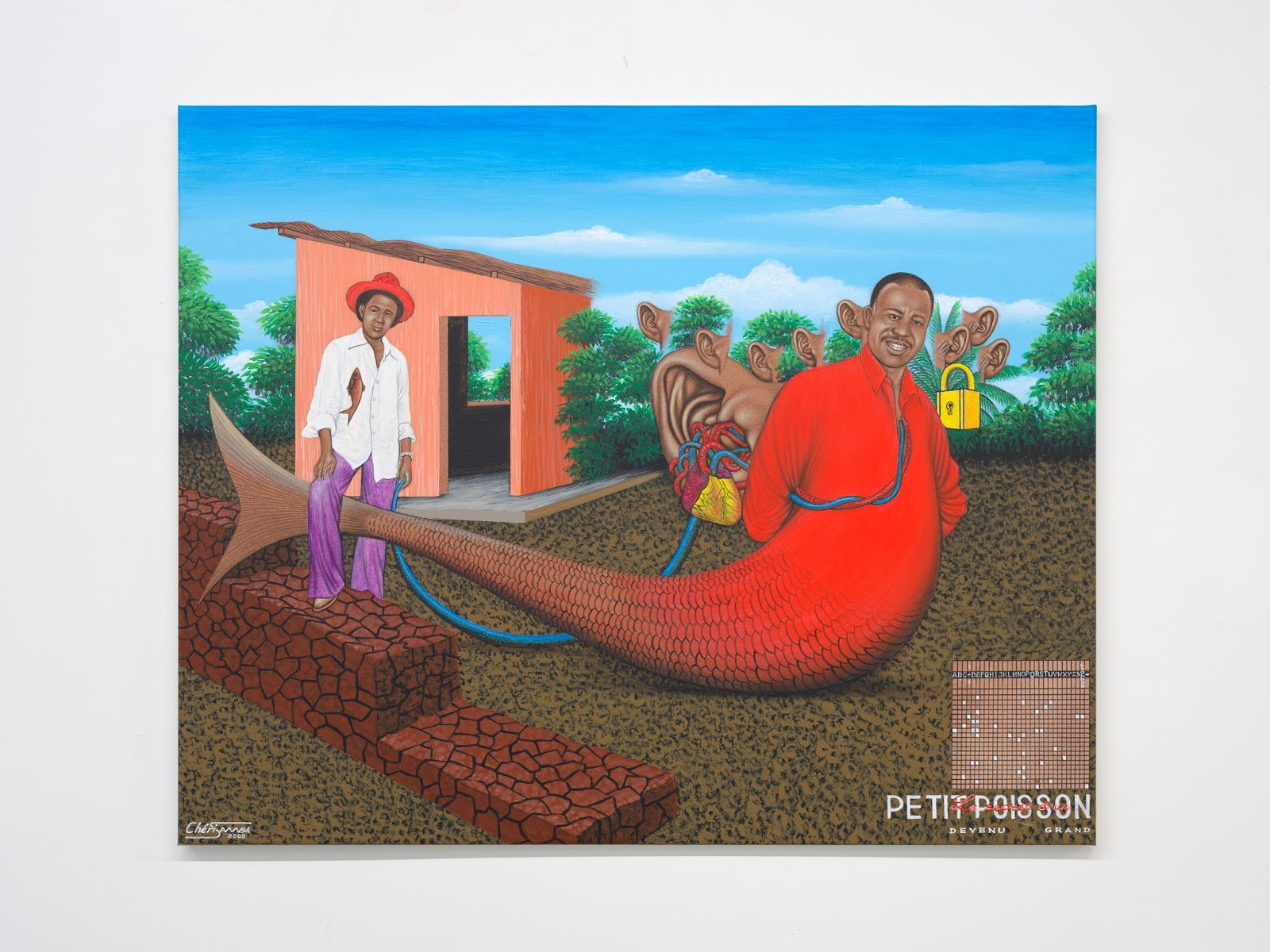 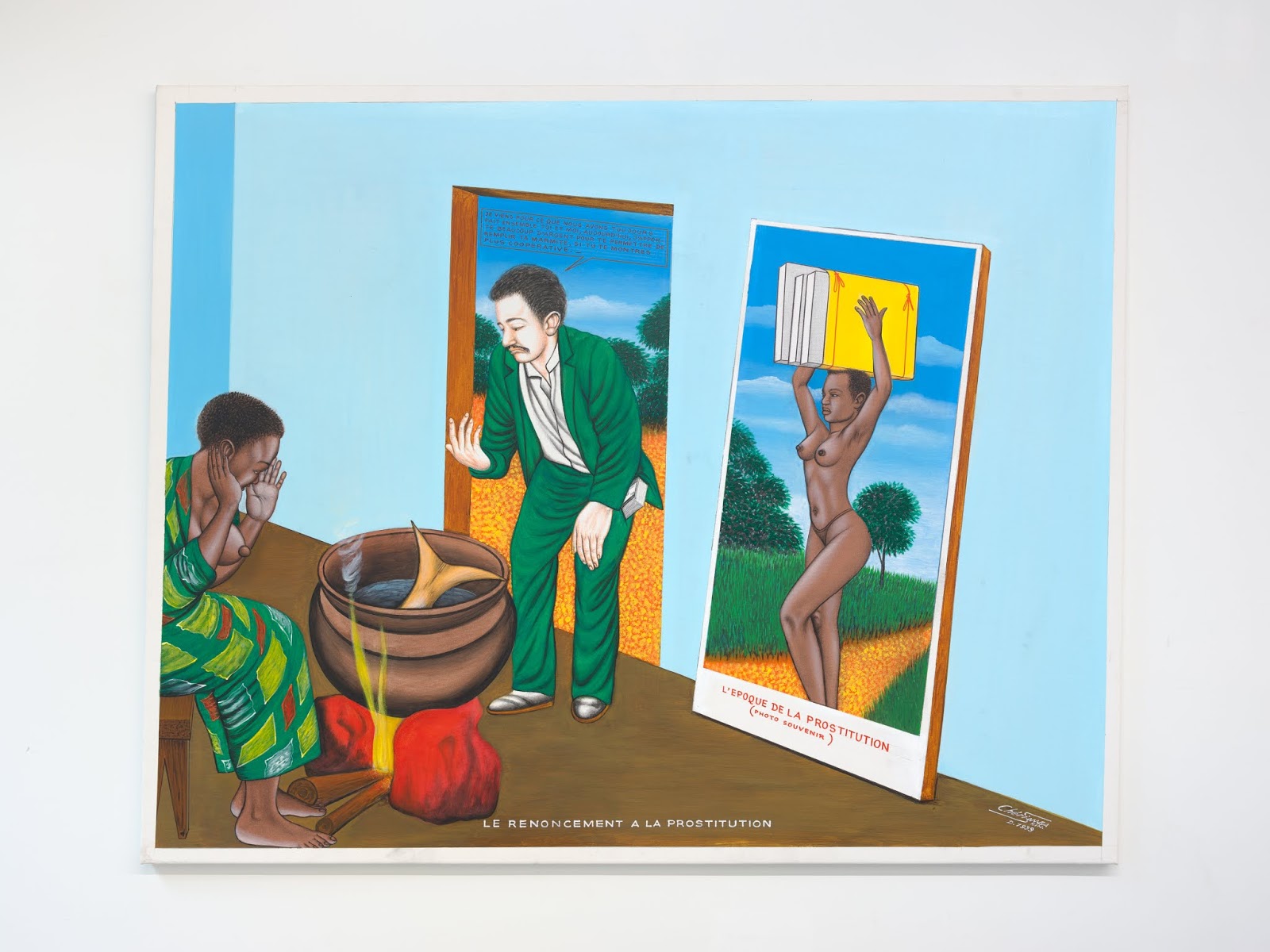 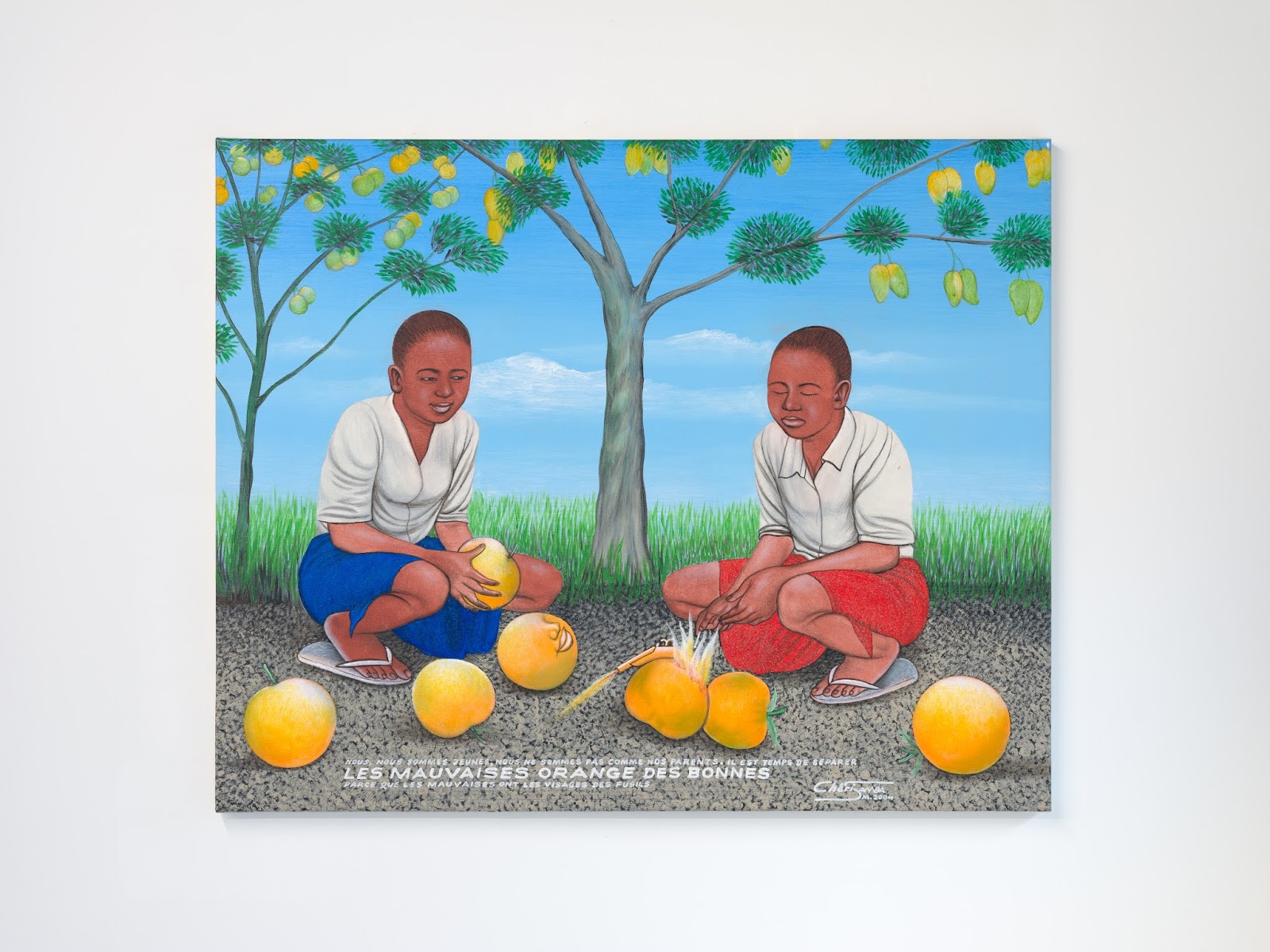 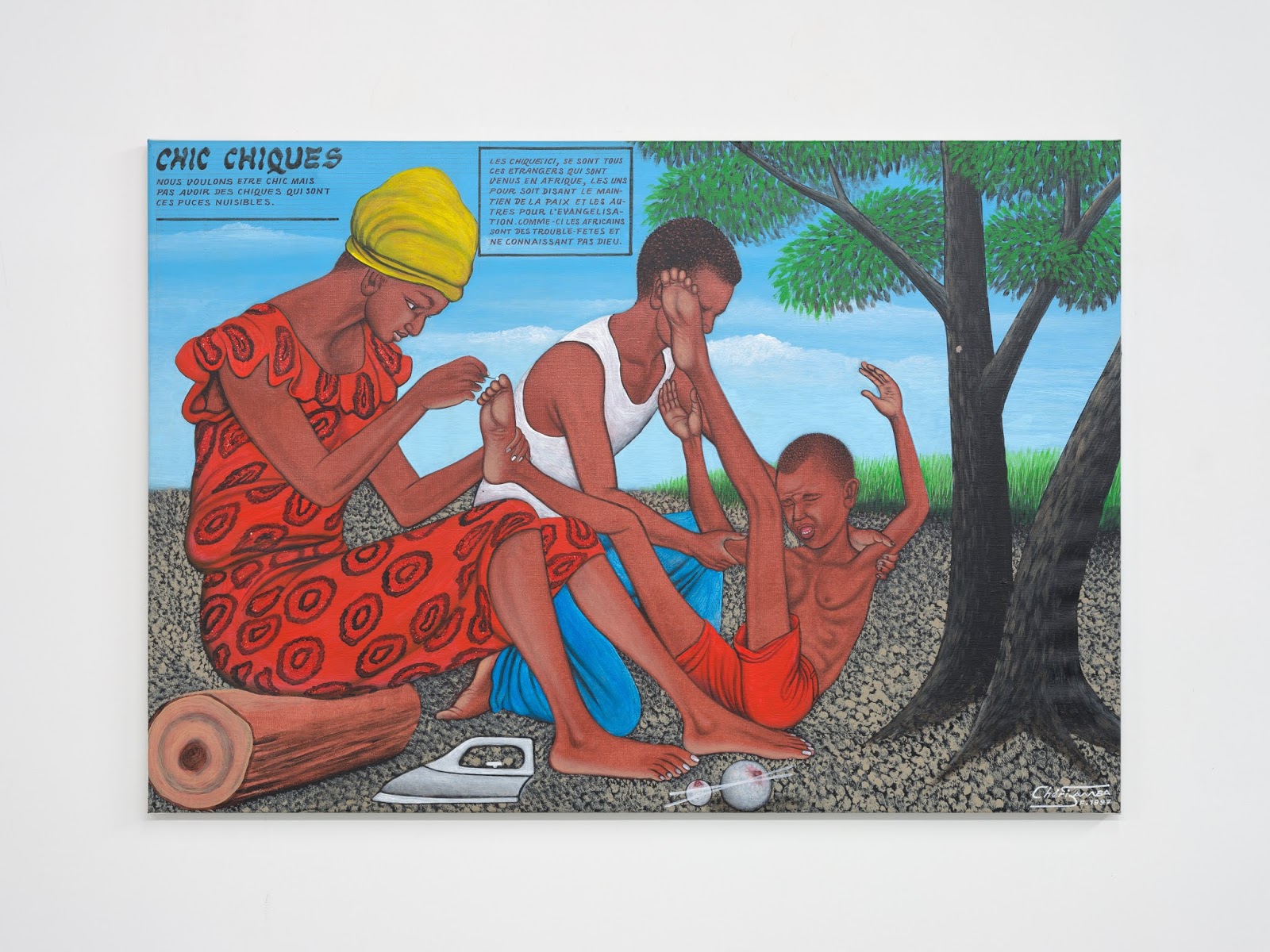 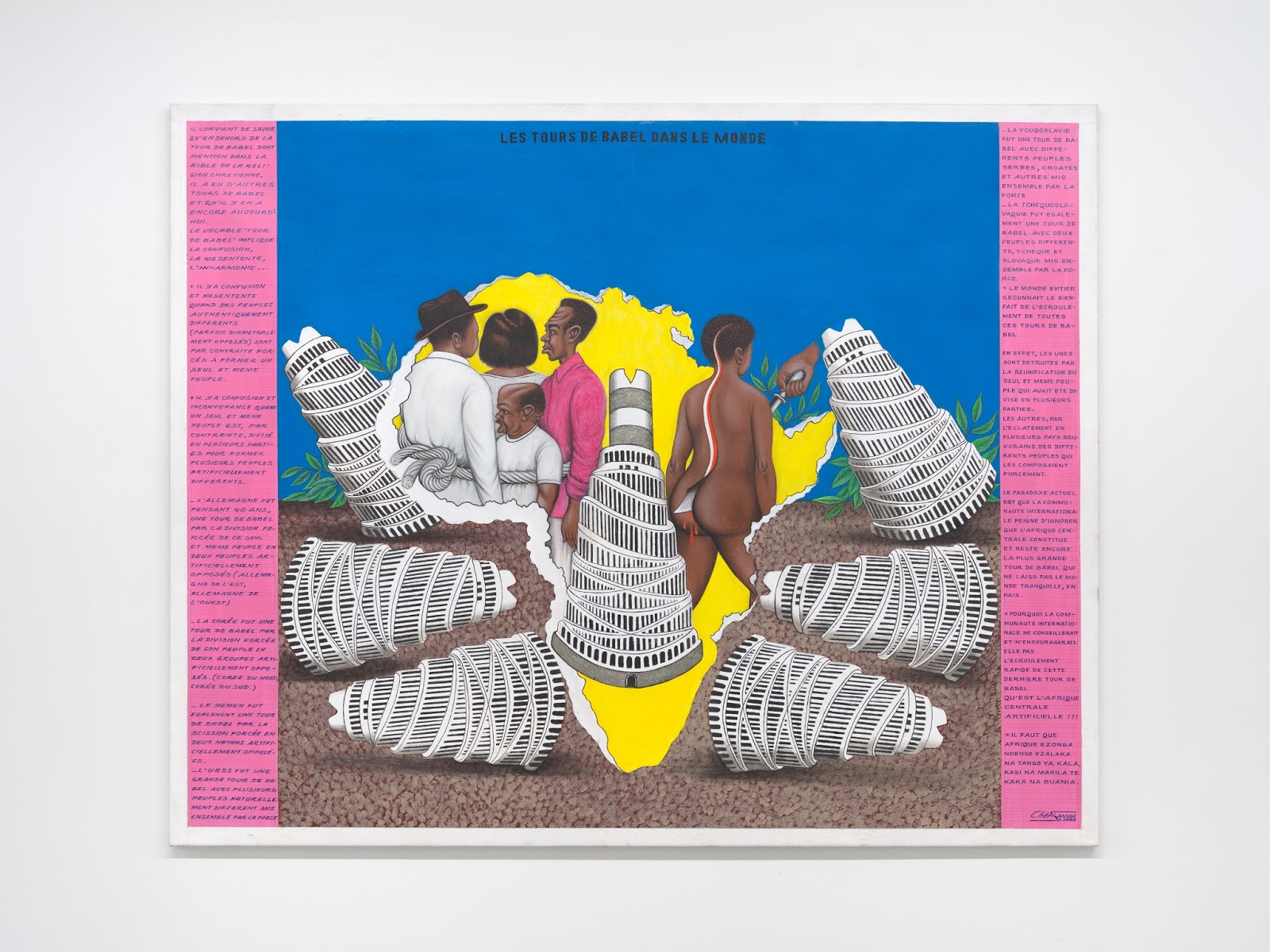 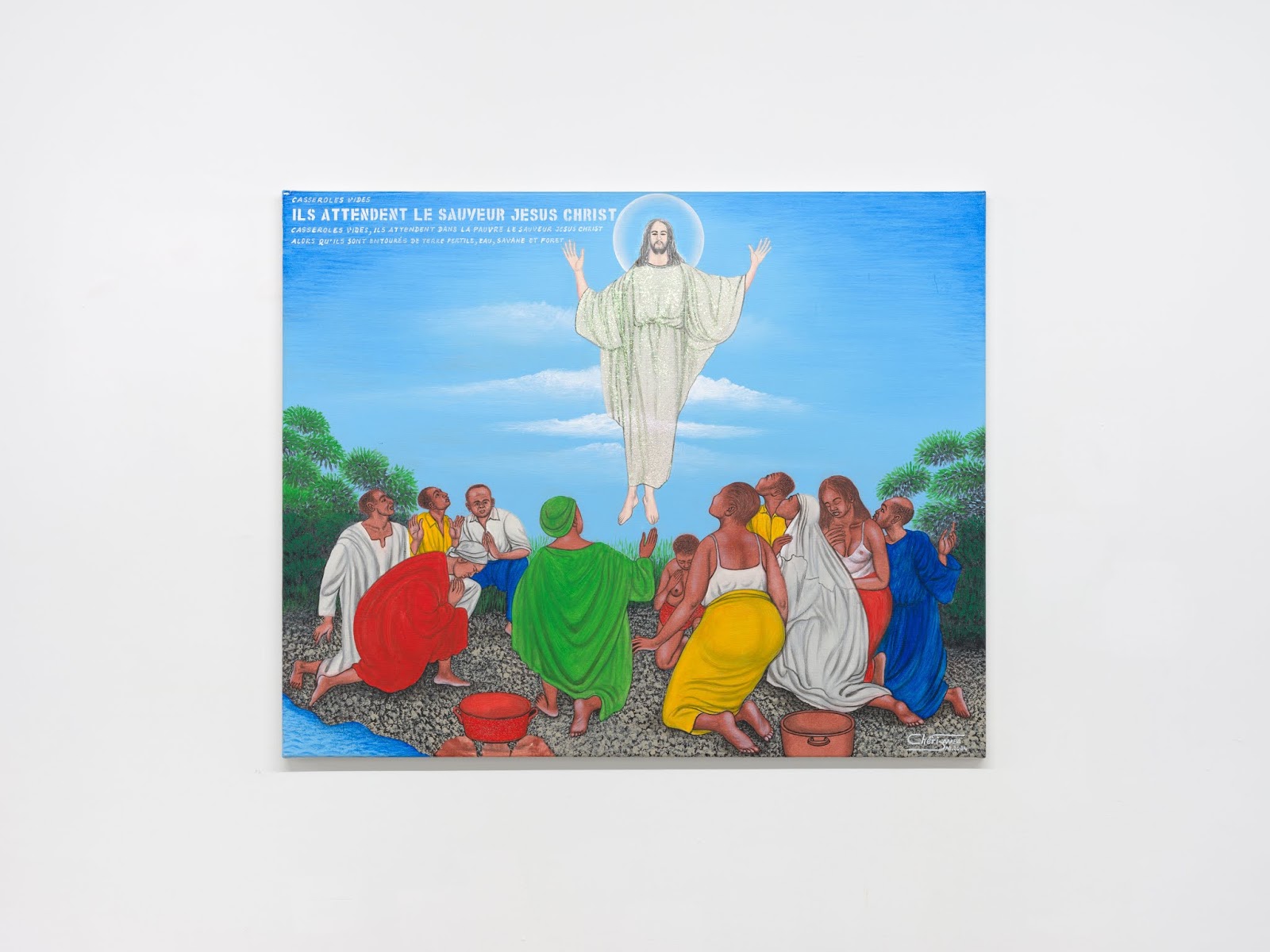 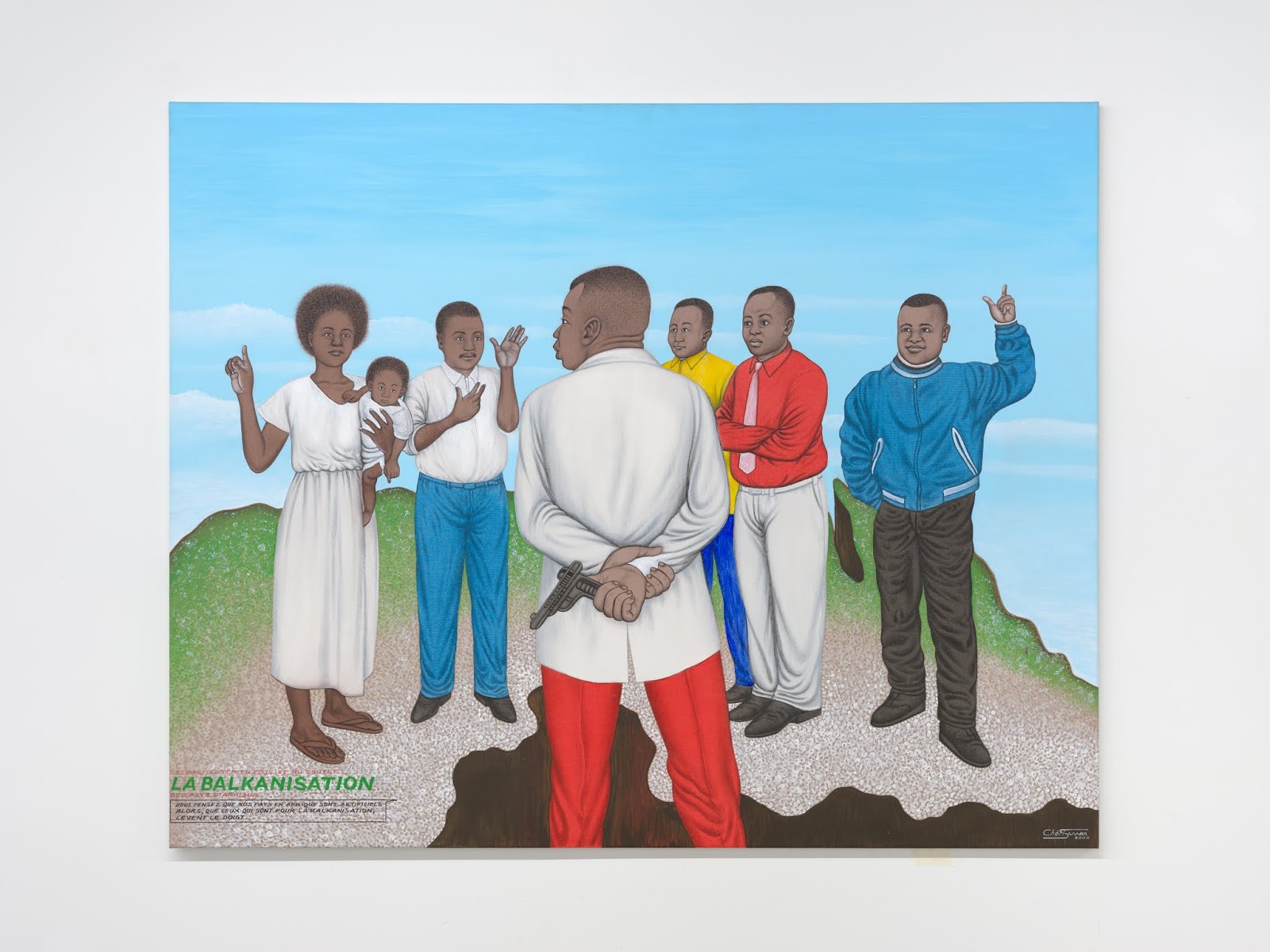 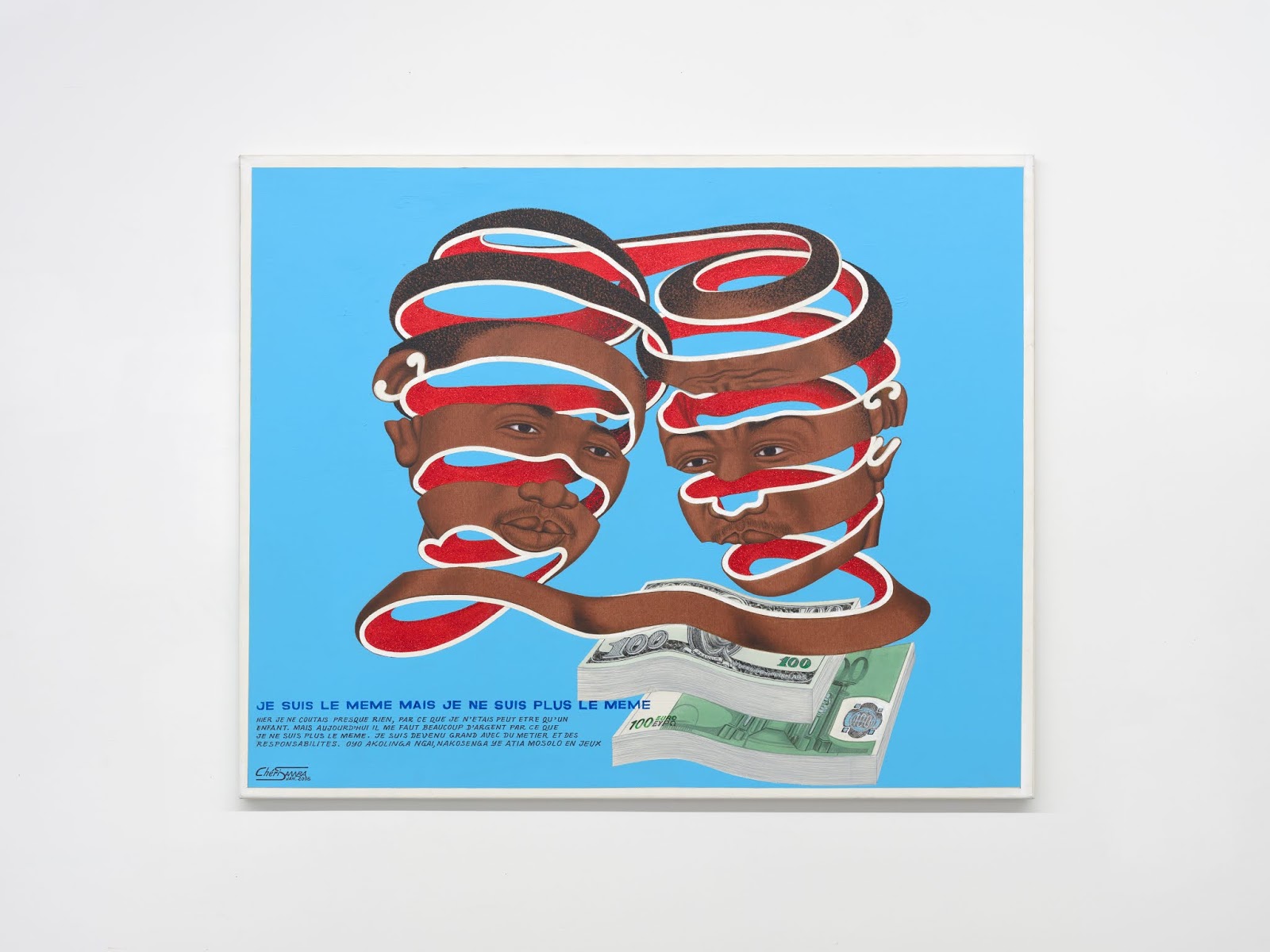 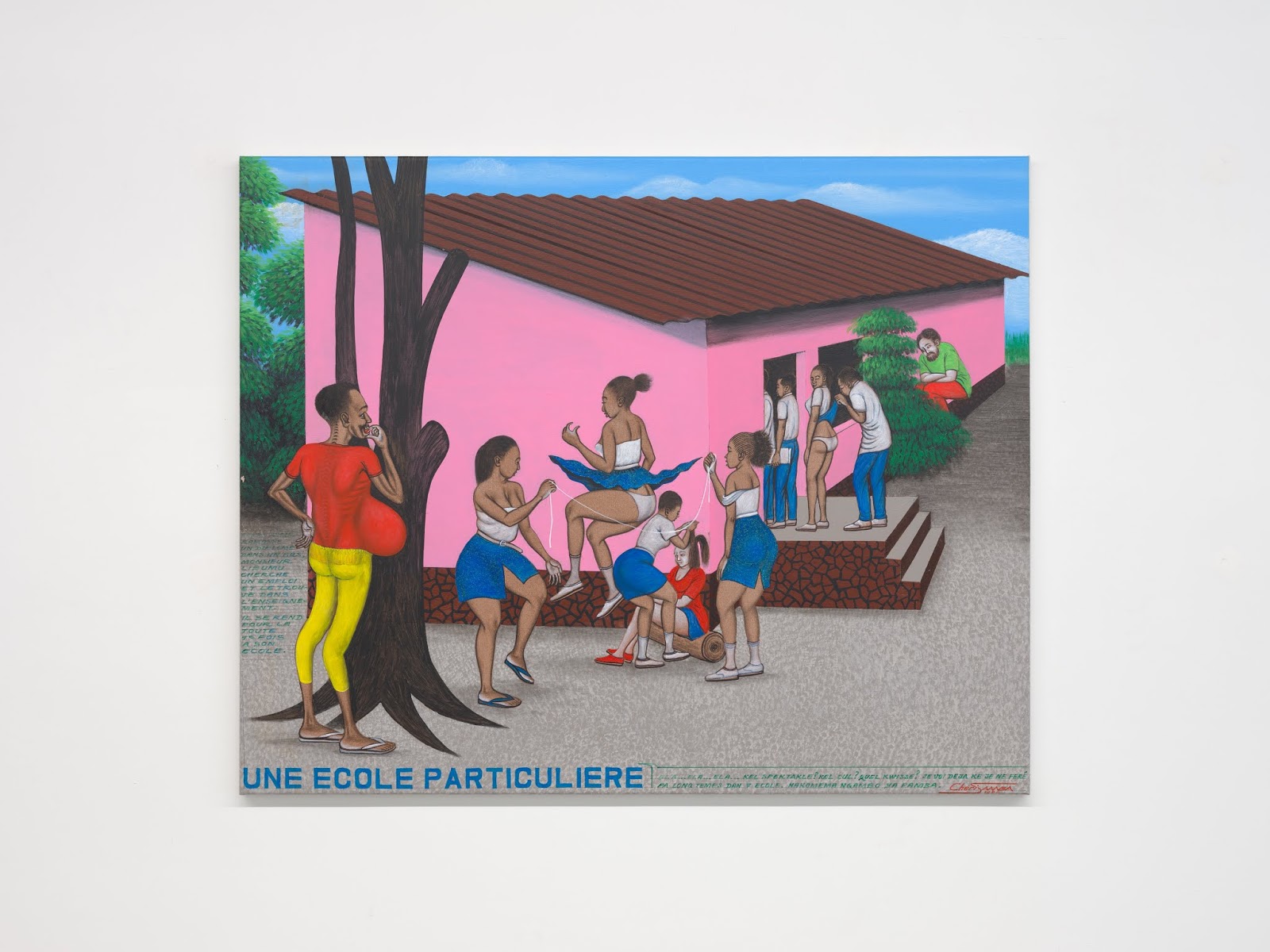 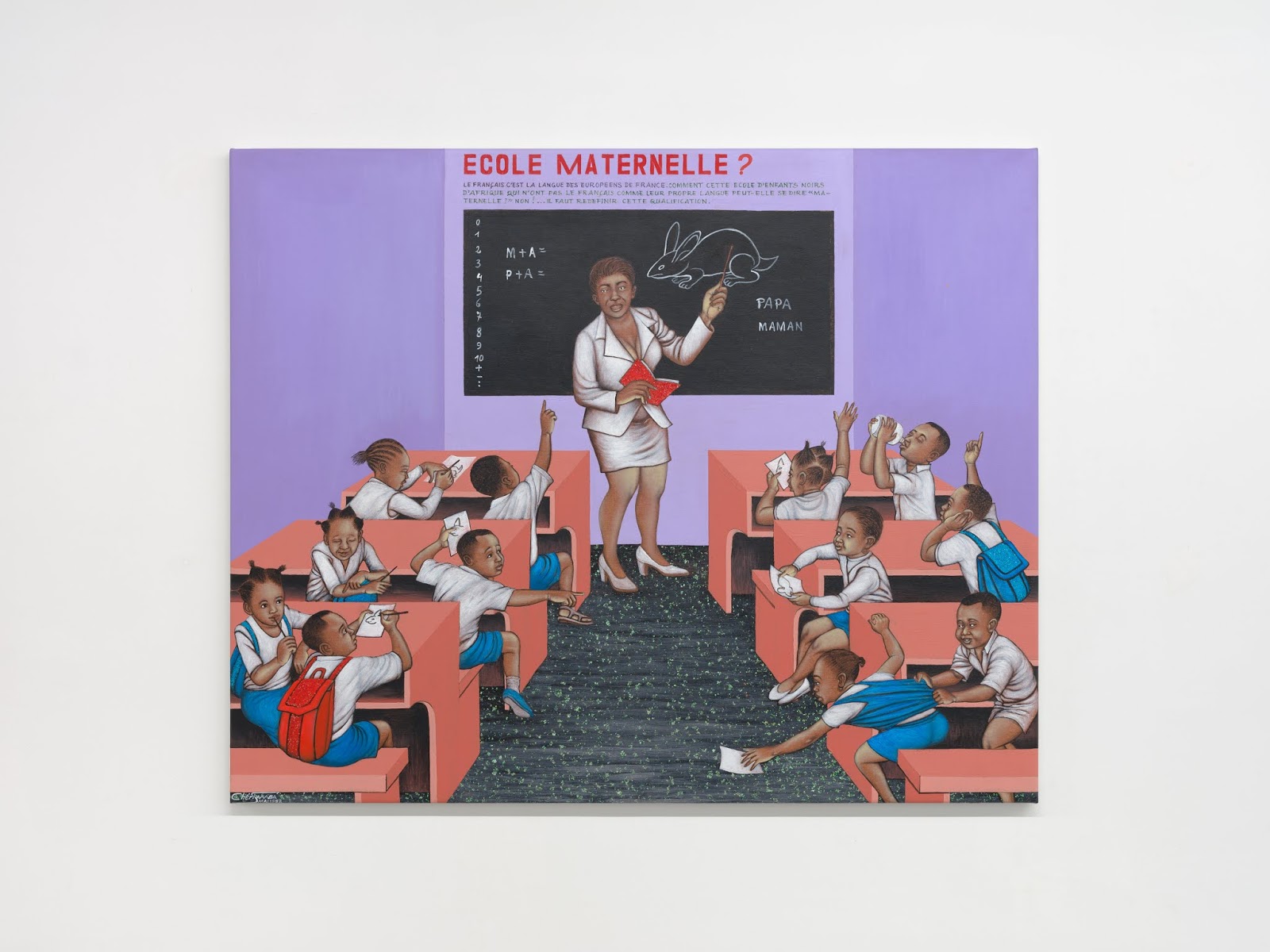 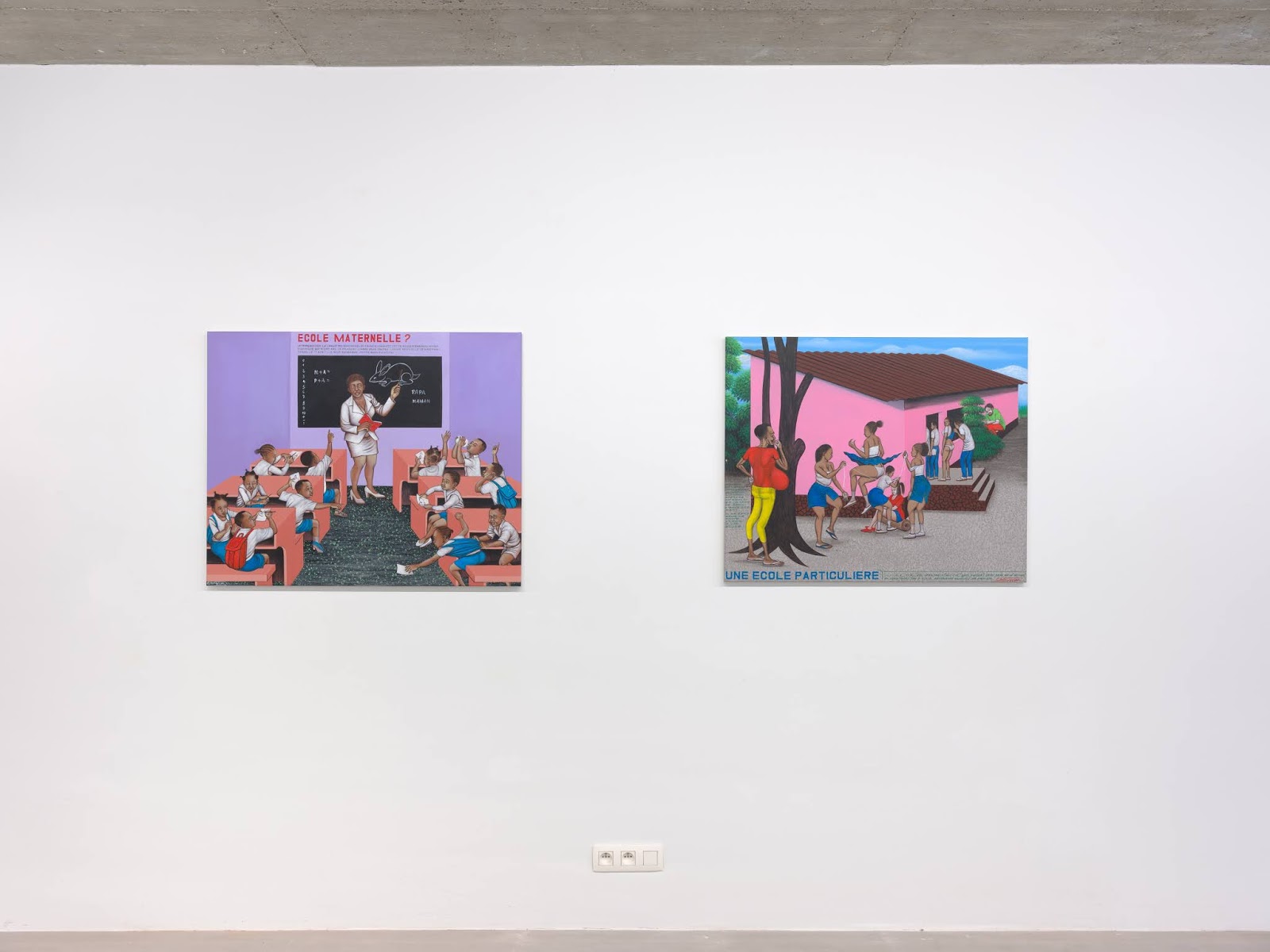 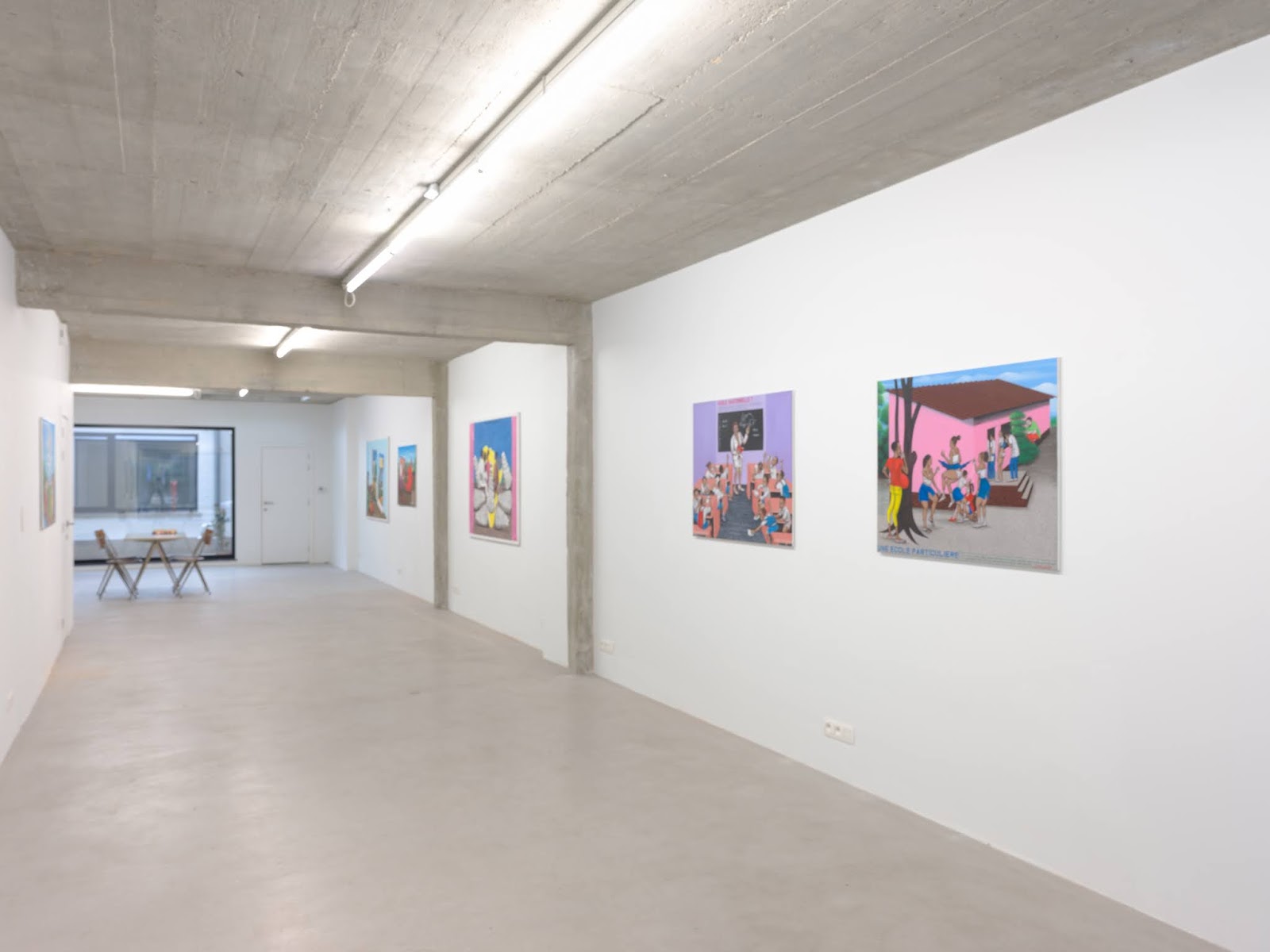 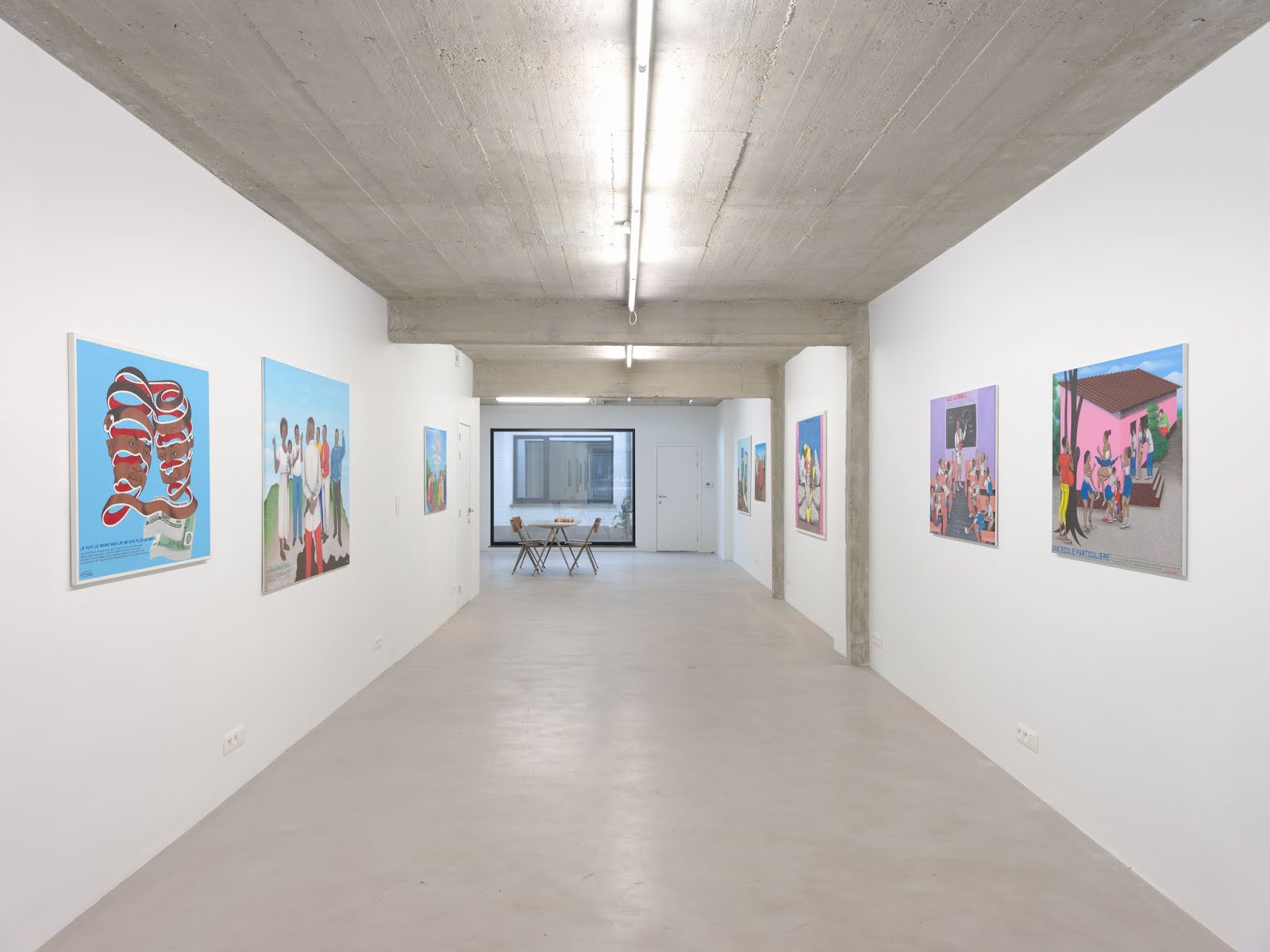 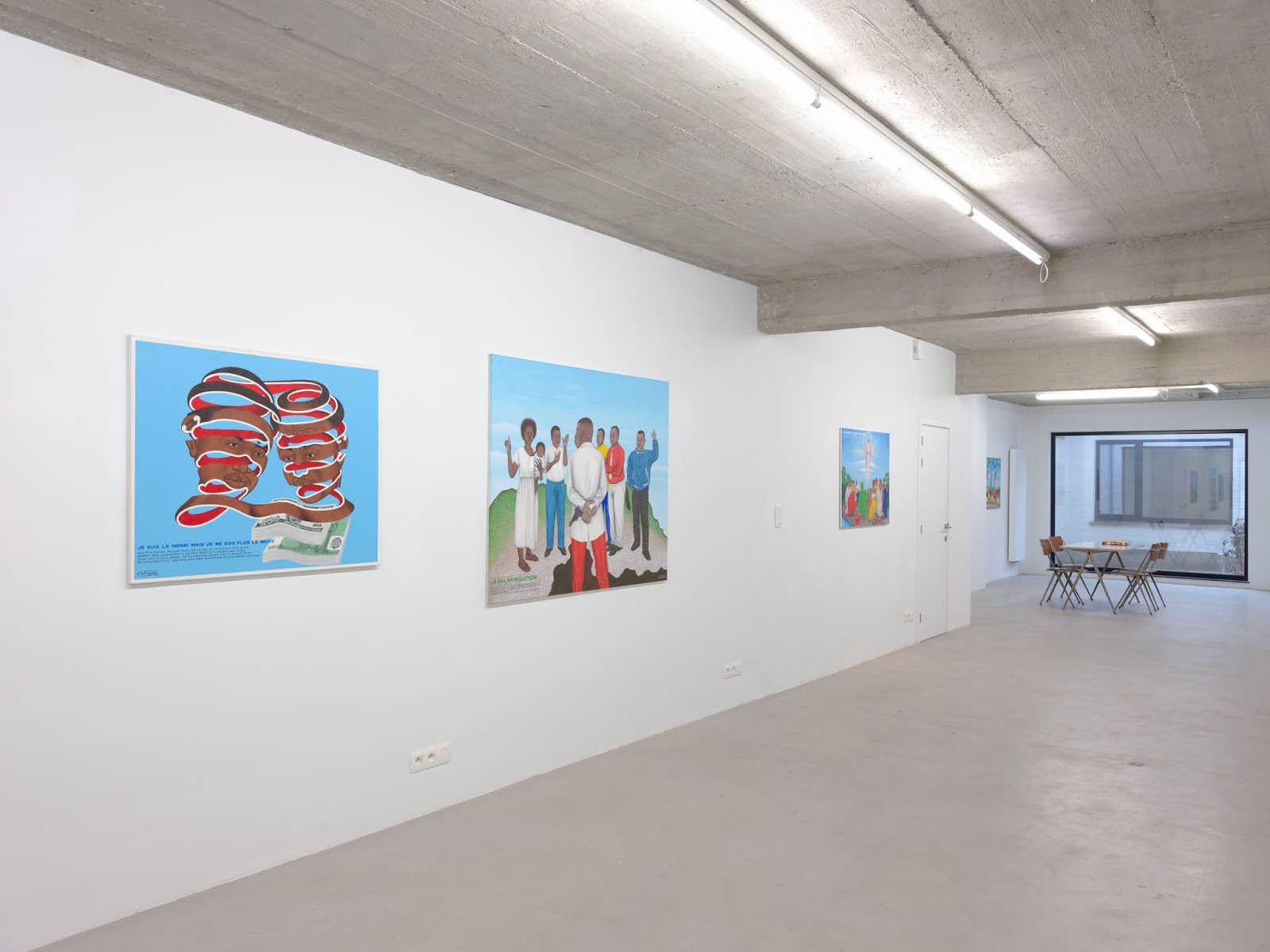 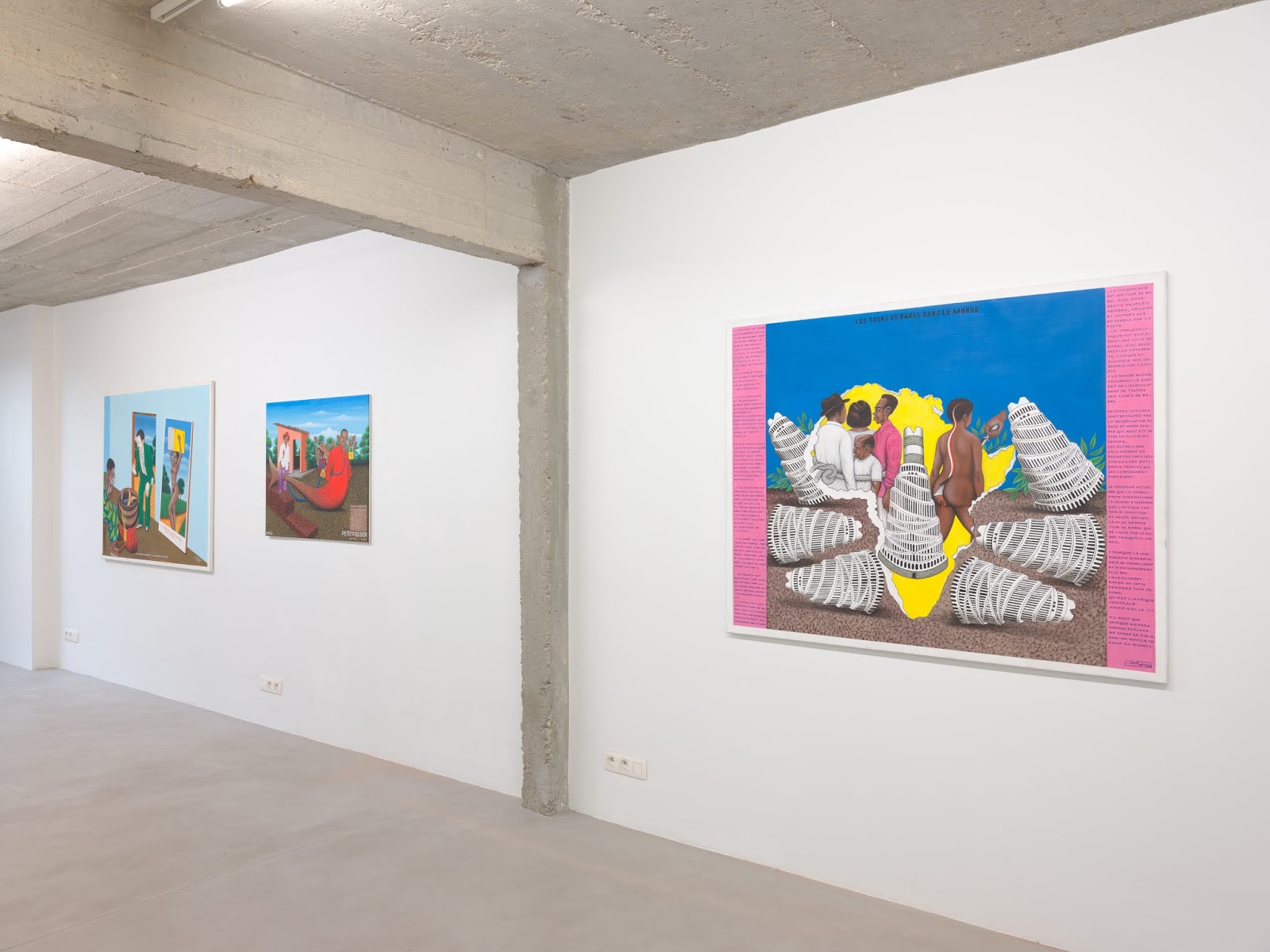 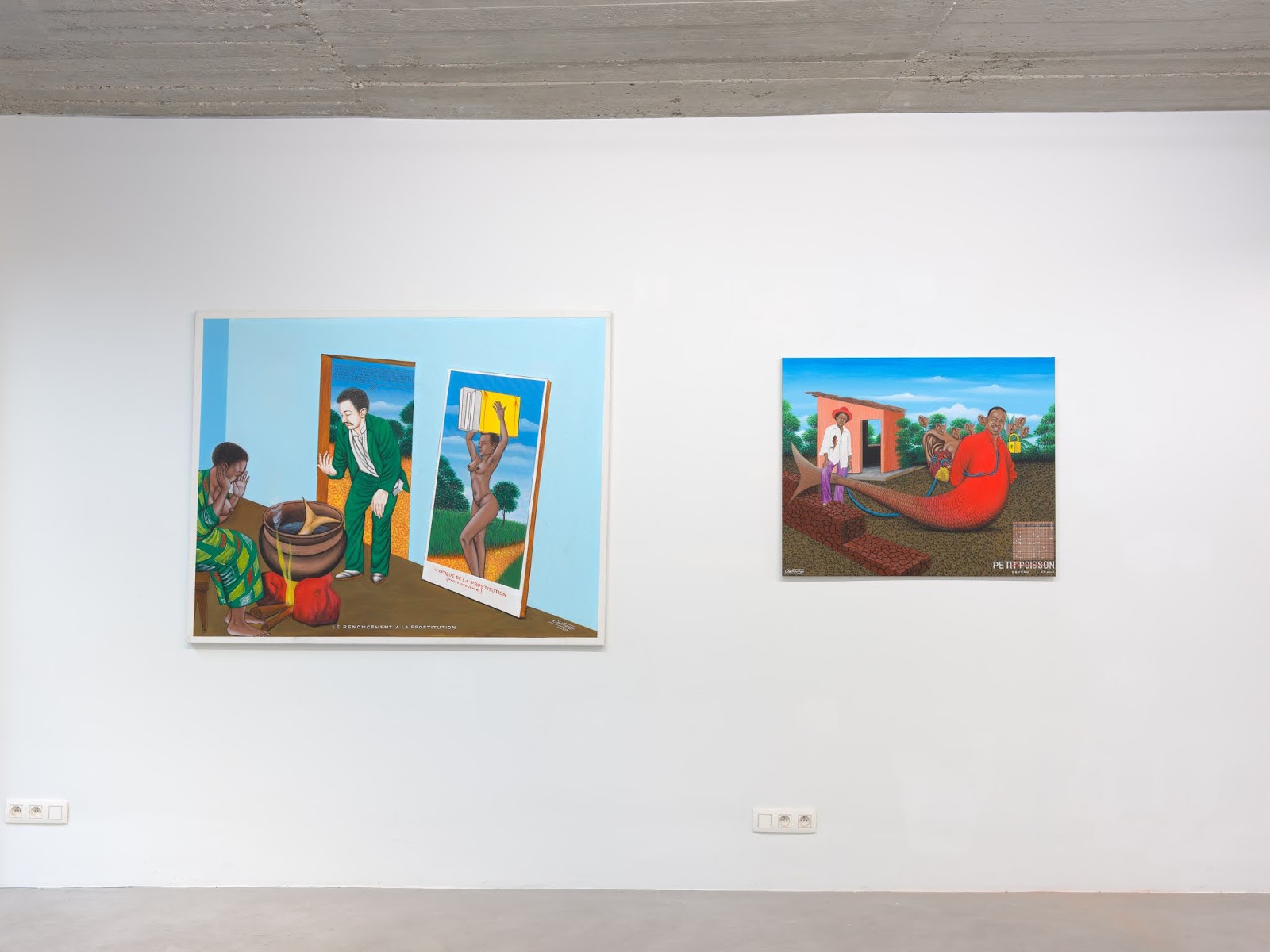 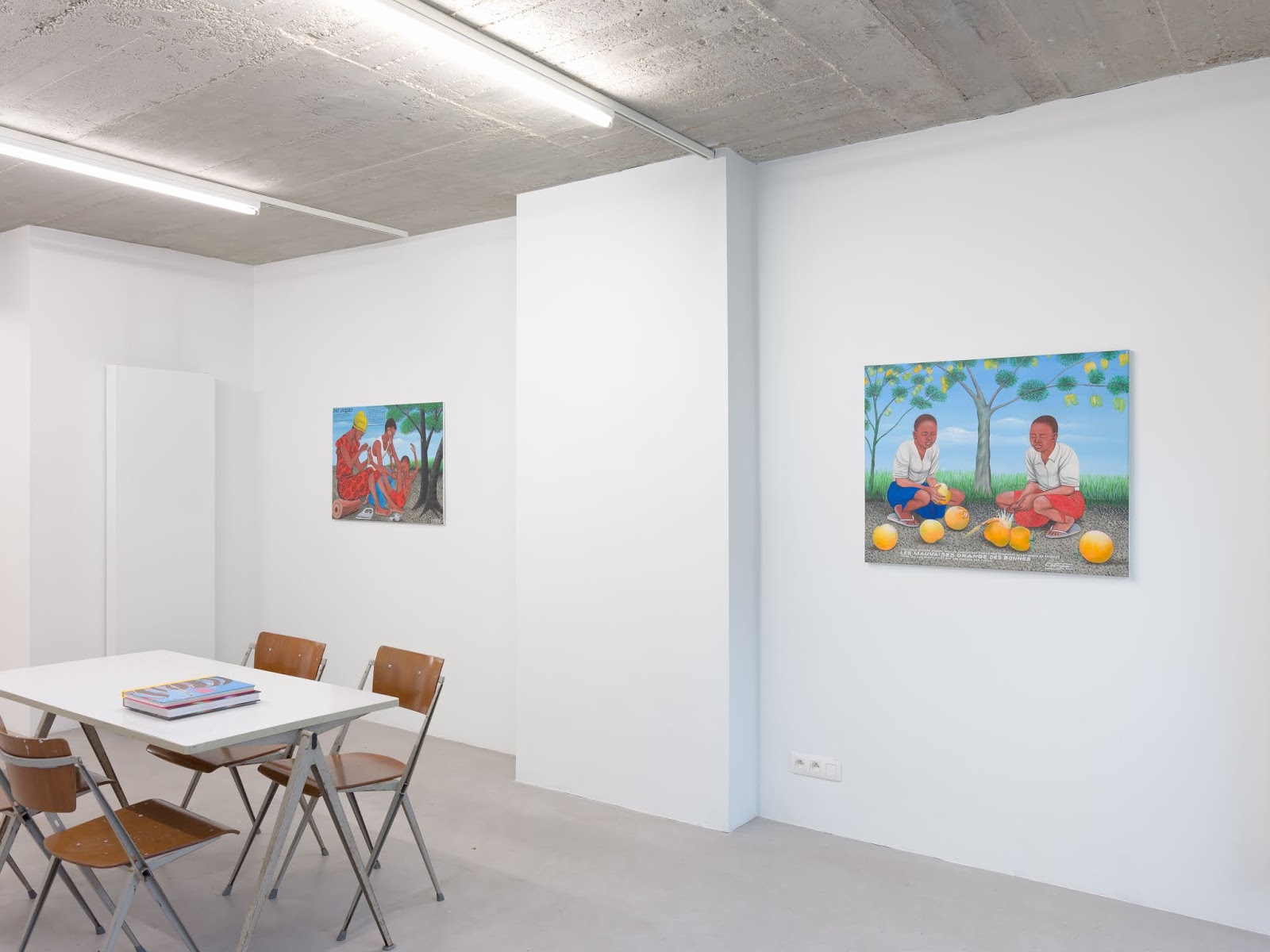 Chéri Samba (1956) is a painter from the Democratic Republic of Congo. He is one of the most famous contemporary African artists, with works included in the collections of the Centre Georges Pompidou, Fondation Cartier, Louis Vuitton and the Museum of Modern Art in New York. He participated in the 2007 Venice Biennale and in group exhibitions at Tate Modern (London), Le Magasin (Grenoble) and ZKM (Karlsruhe). Chéri Samba’s international breakthrough was the groundbreaking group exhibition Les Magiciens de la Terre (curator: Jean-Hubert Martin) at the Centre Georges Pompidou in Paris in 1989.

Chéri Samba or Samba wa Mbimba N’zingo Nuni Masi Ndo Mbasi was born in Kinto M’Vuila as the elder son of a family of ten children. His father was a blacksmith and his mother a farmer. In 1972, at the age of 16, he left the village to find work as a sign painter in the capital Kinshasa. In 1975 he opened his own studio. At the same time, he also became an illustrator for the entertainment magazine Bilenge Info. It is around this time that he starting developing his signature style of combining paintings with text. Working both as a billboard painter and a comic-strip artist, he used the styles of both genres when he began making his paintings on sacking cloth. His paintings almost always include text in French and Lingala, commenting on life in Africa and the modern world.