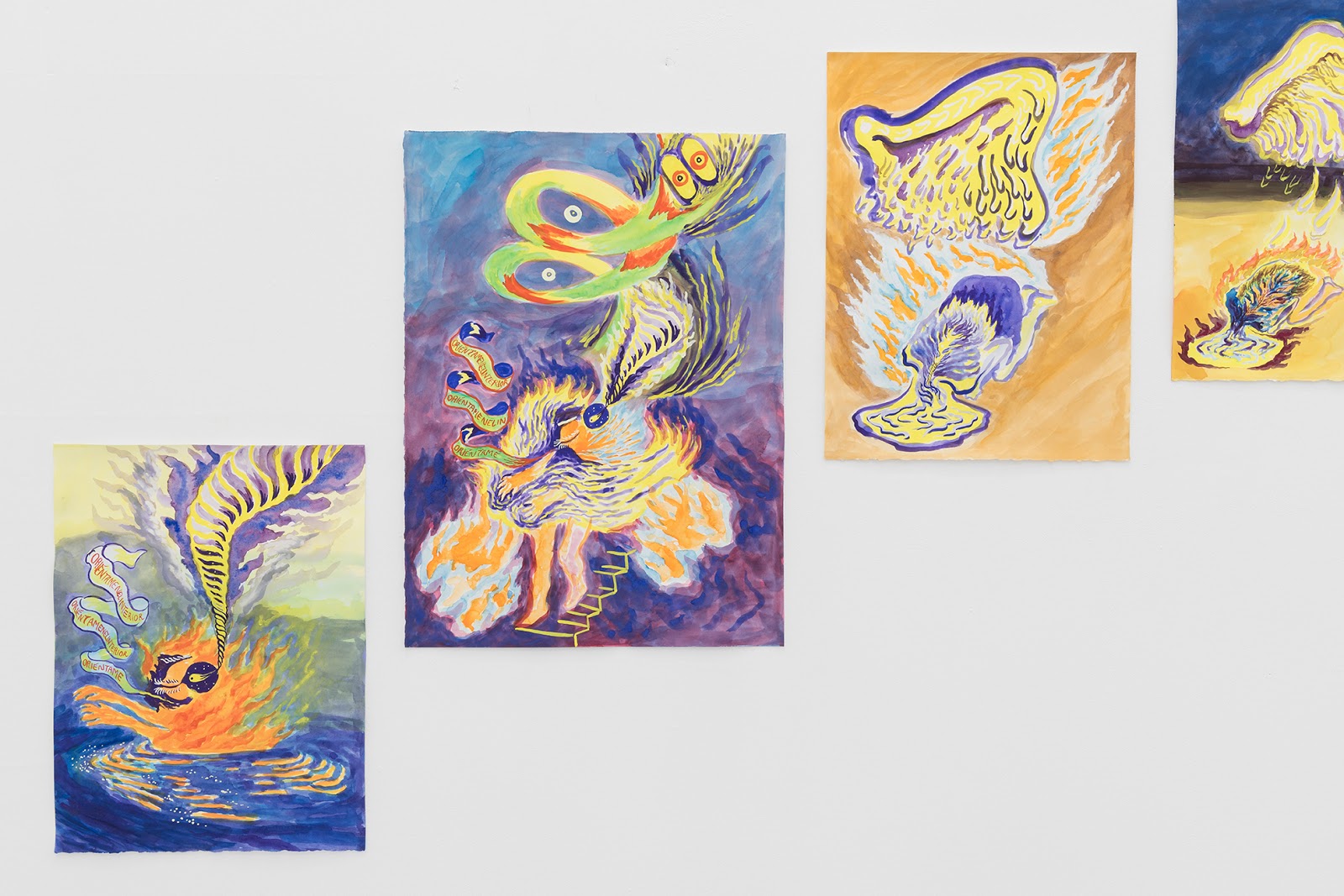 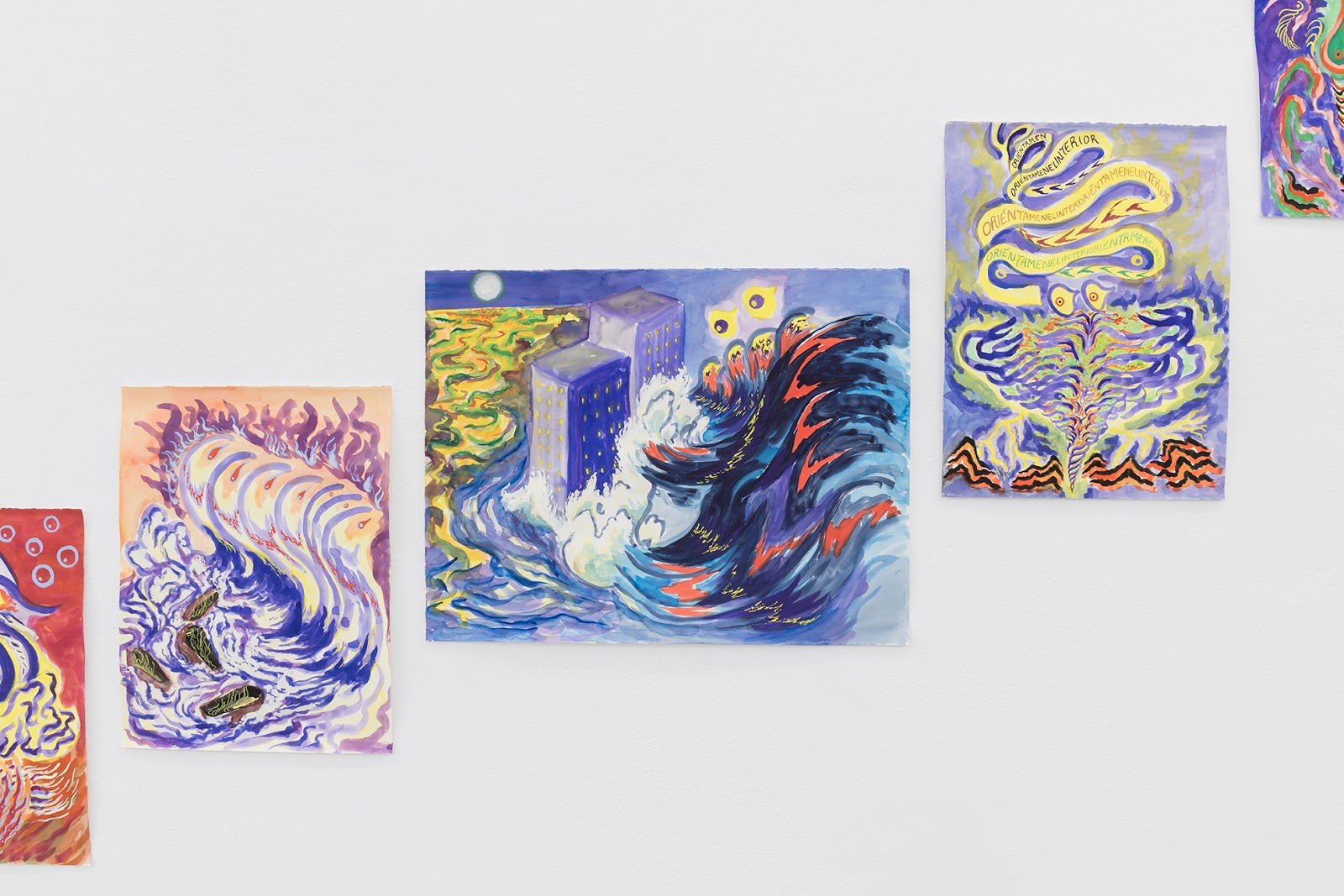 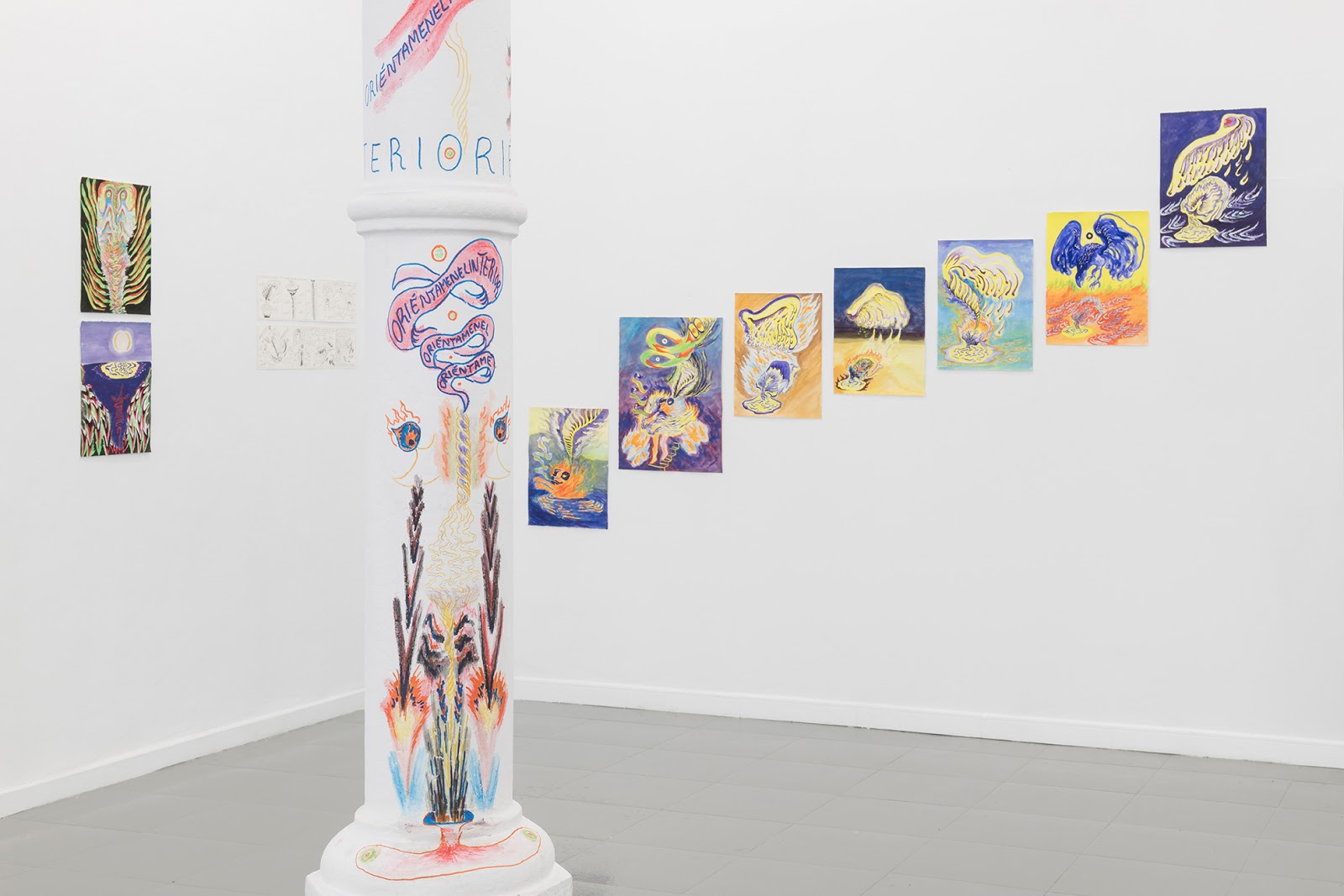 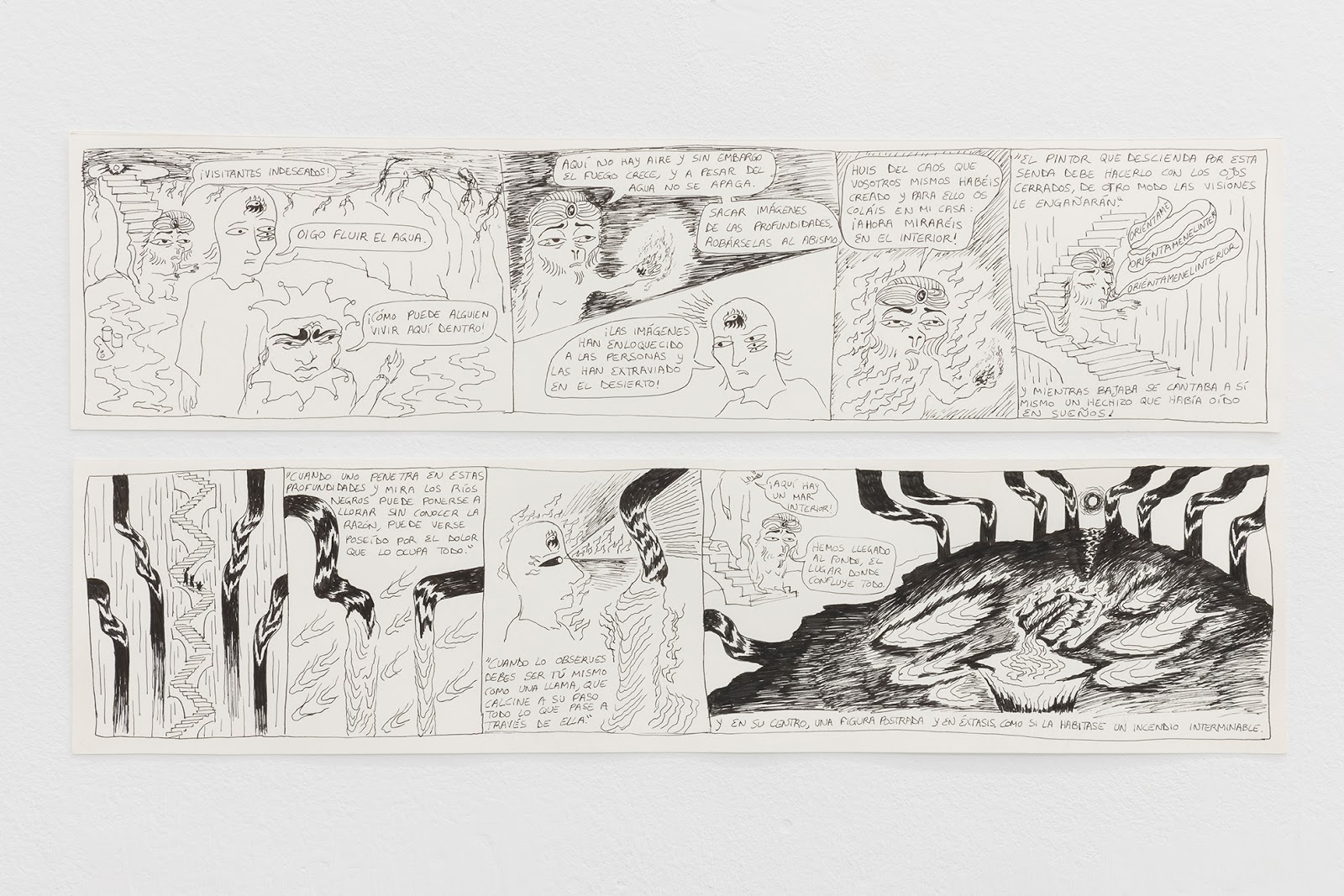 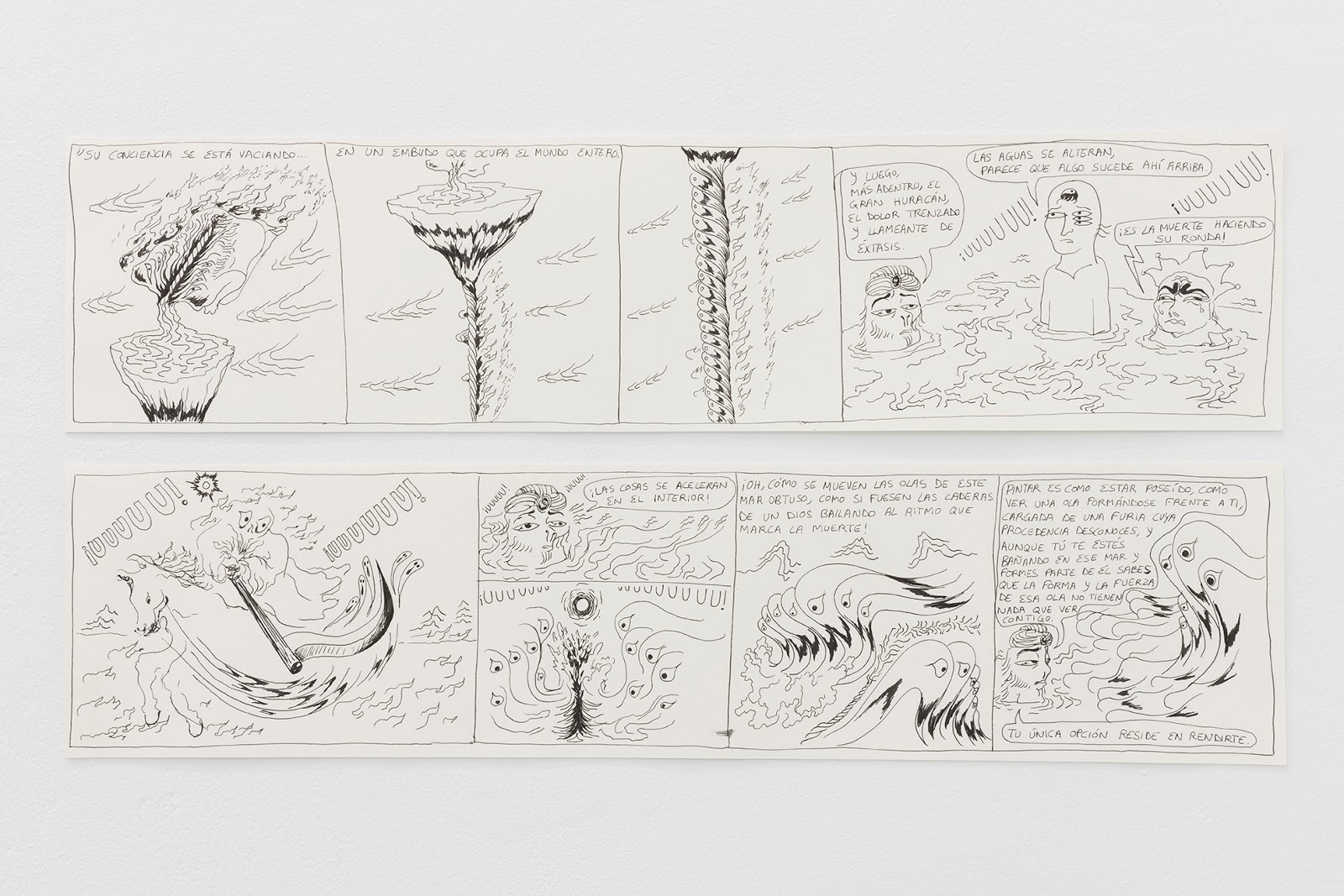 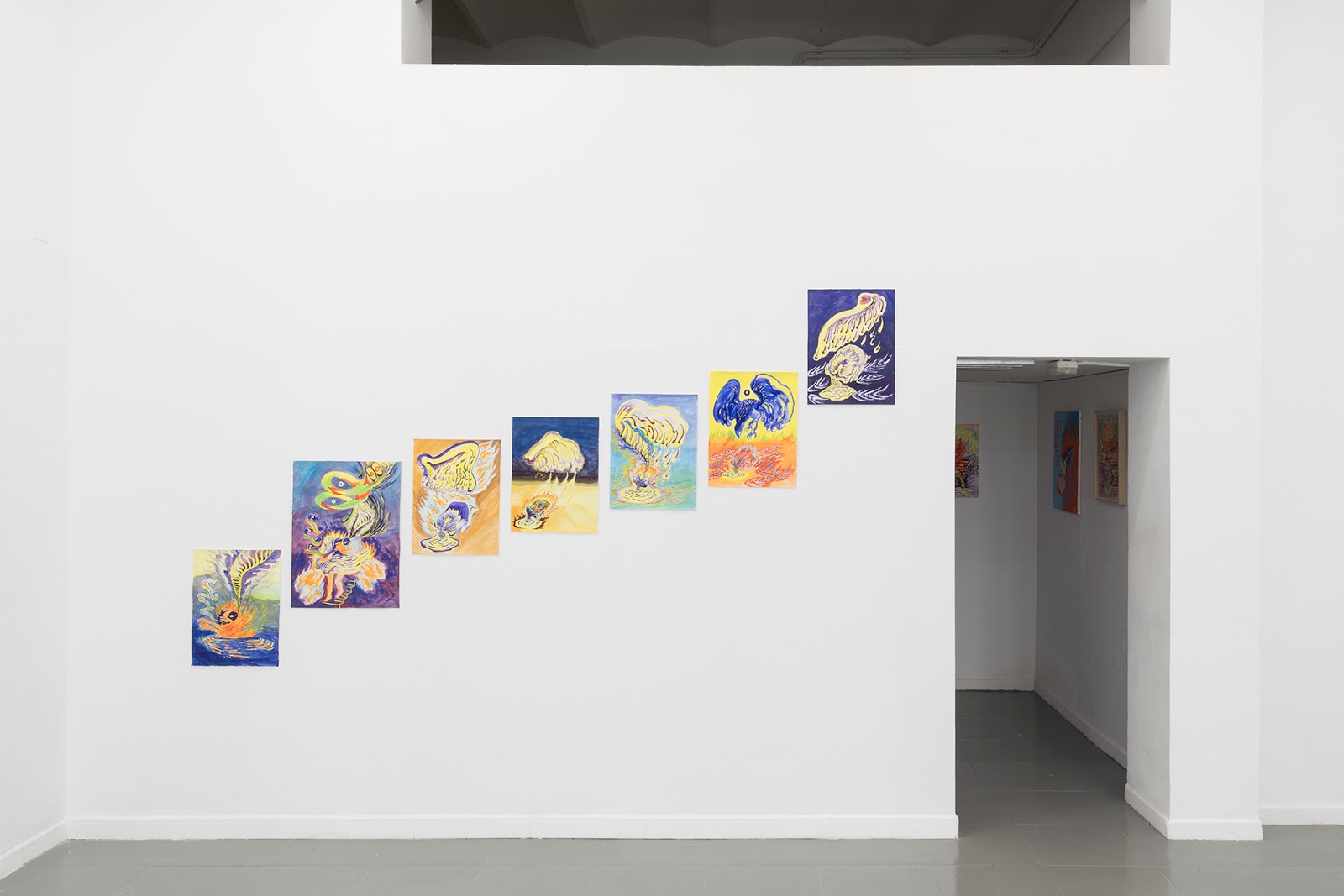 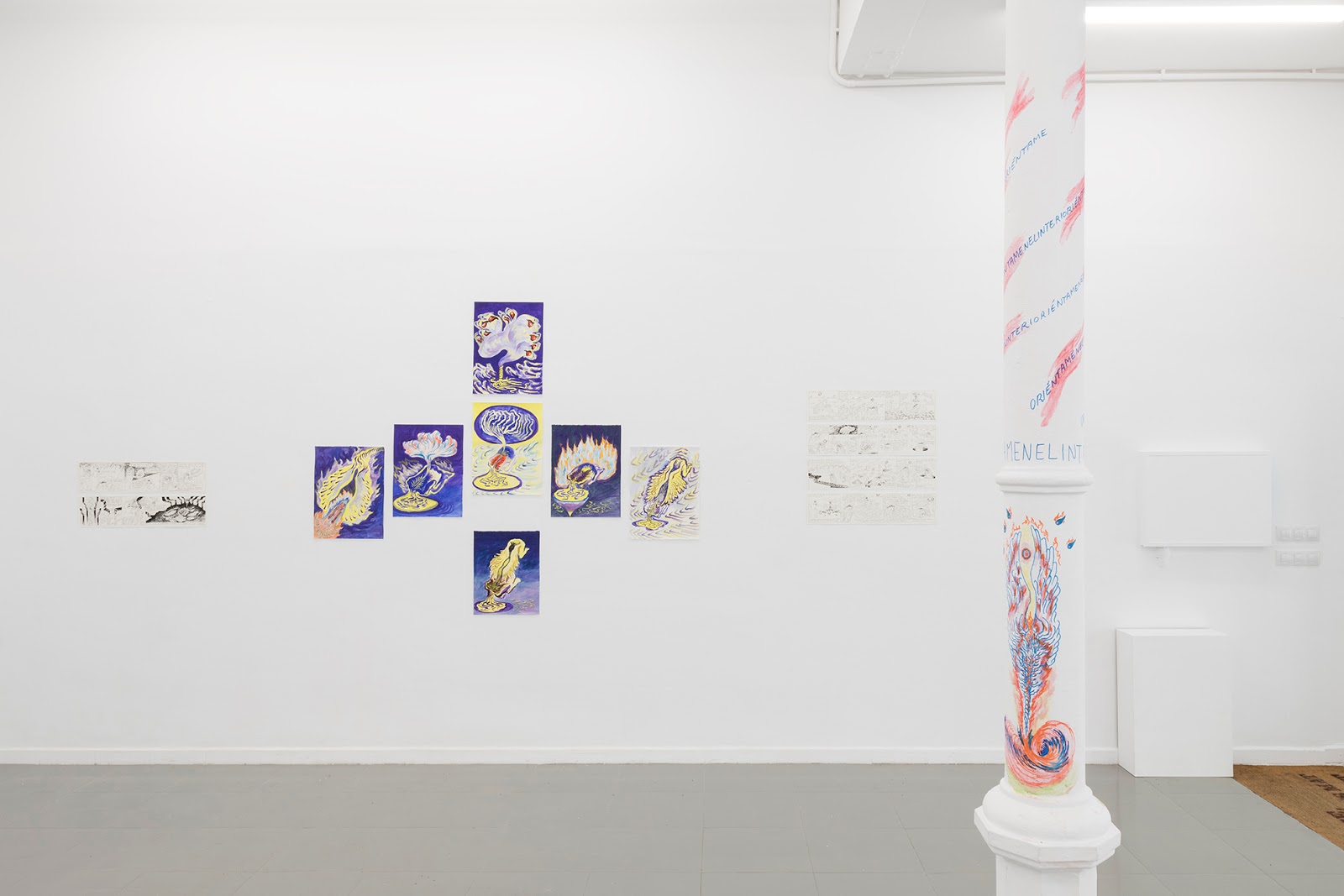 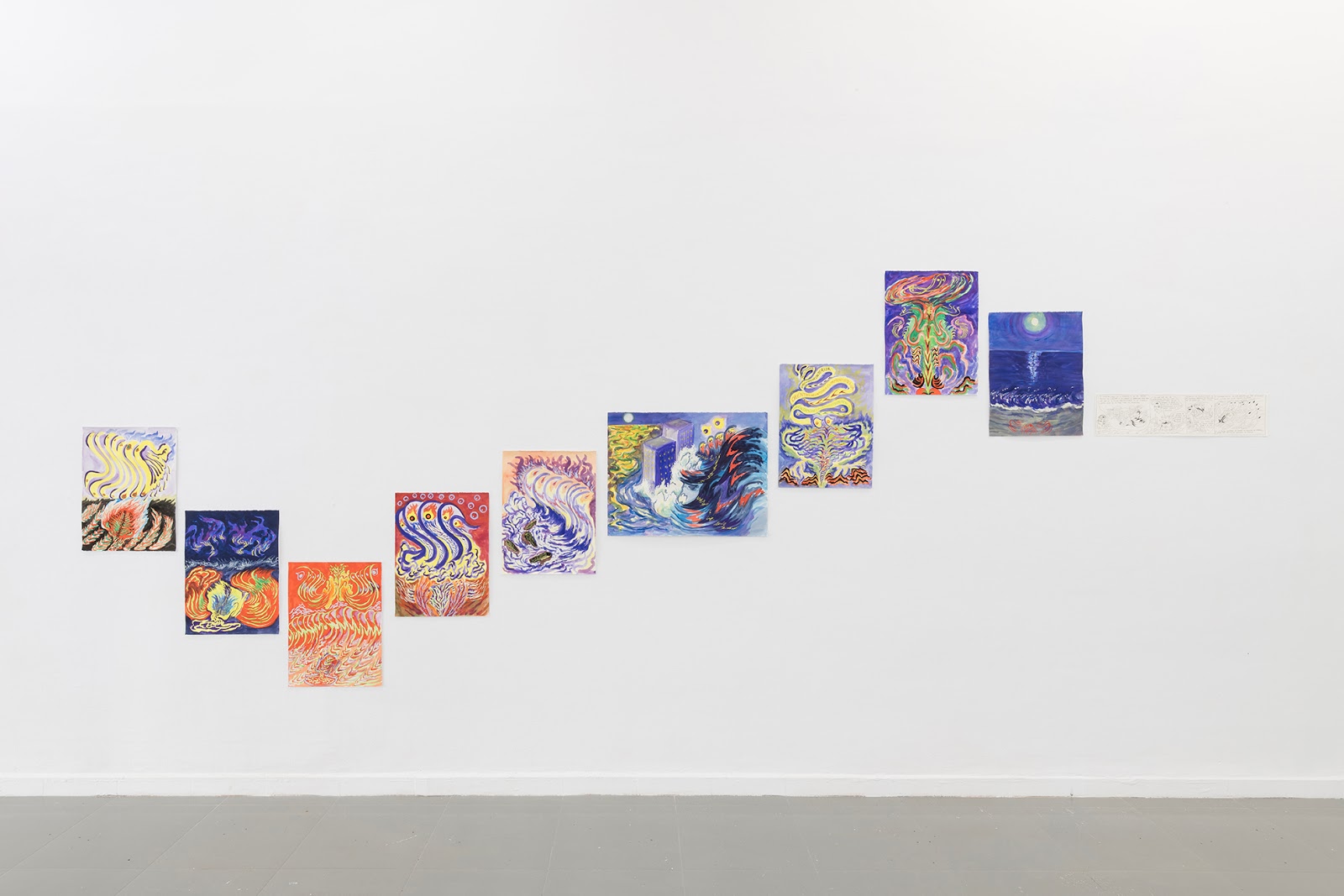 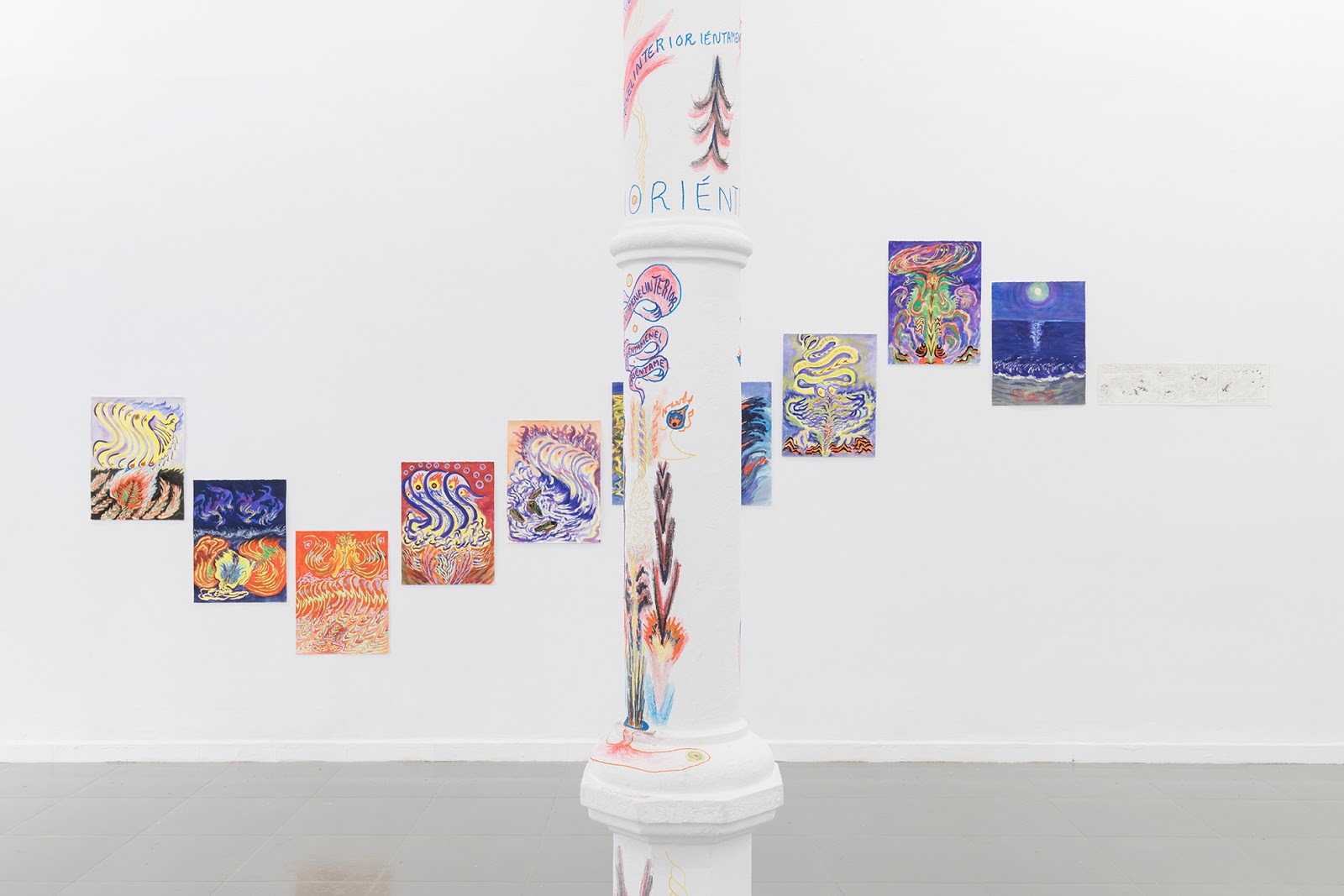 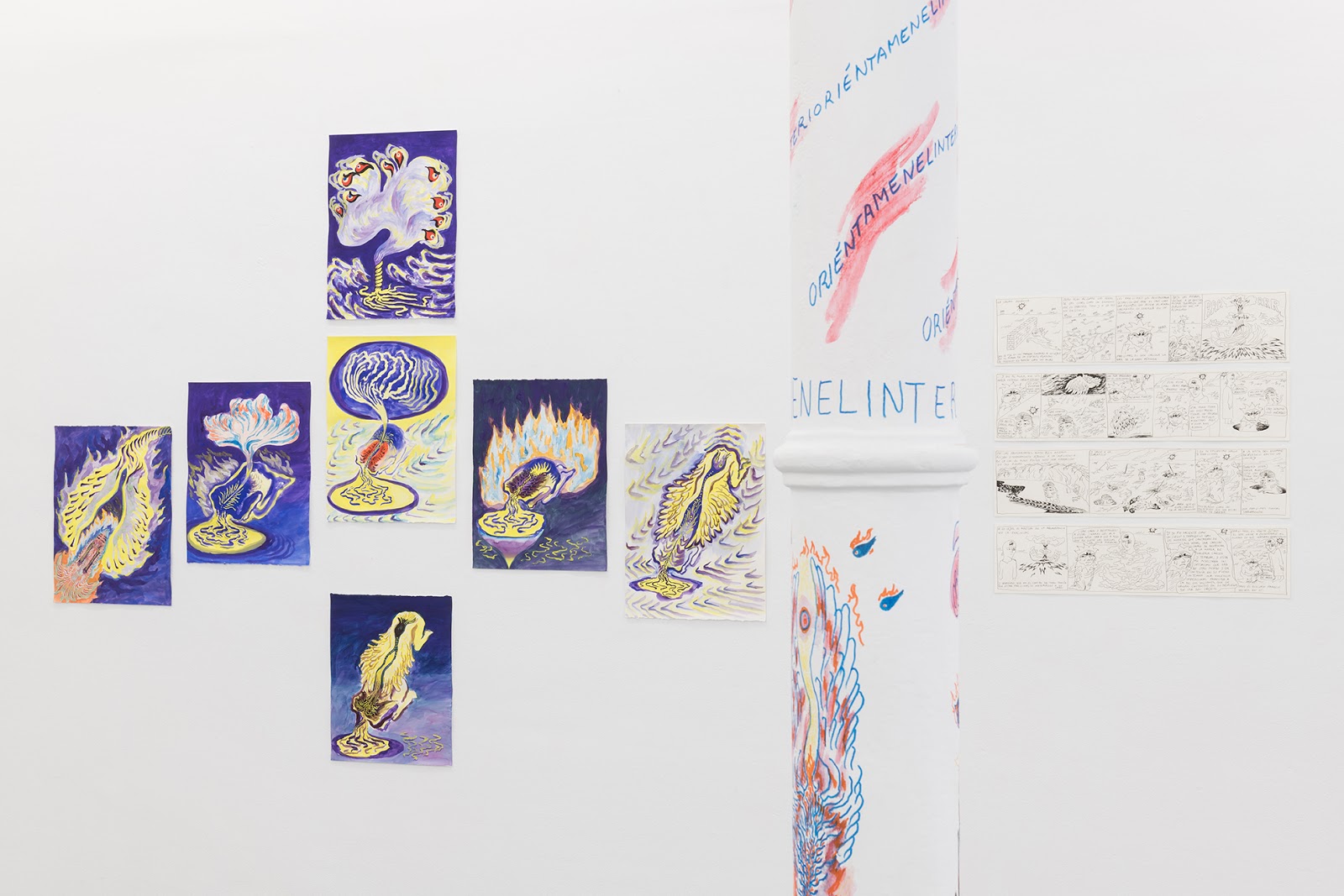 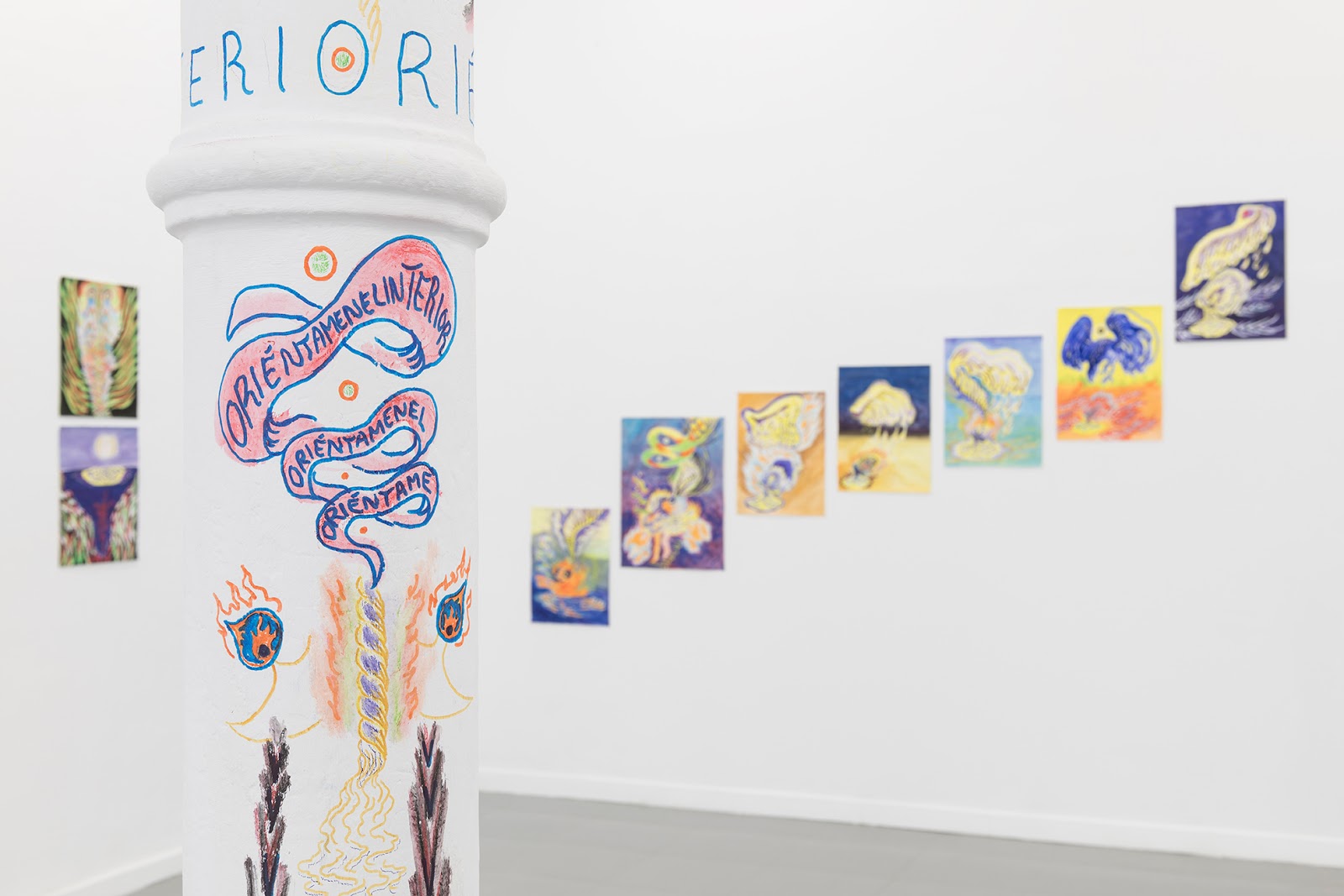 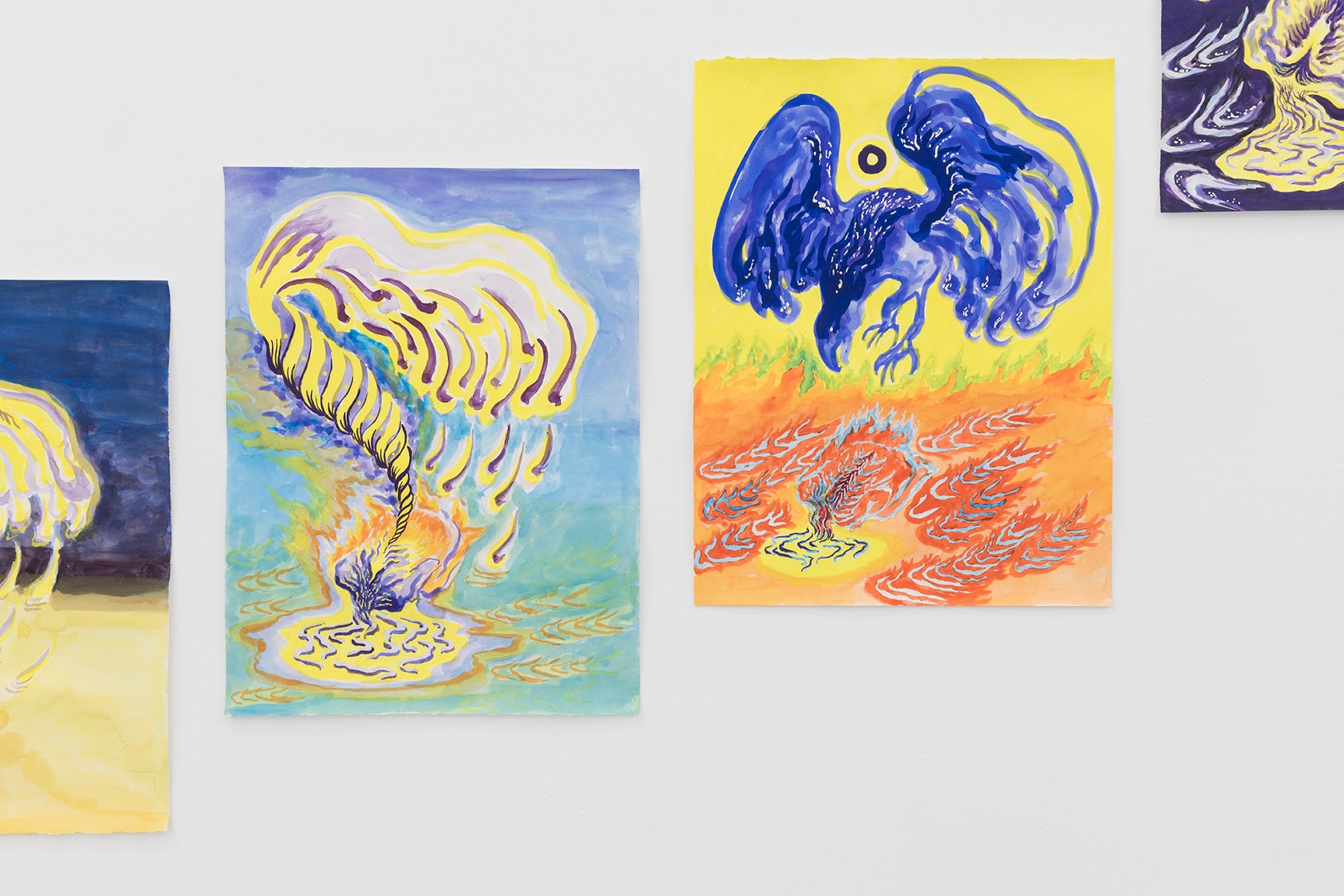 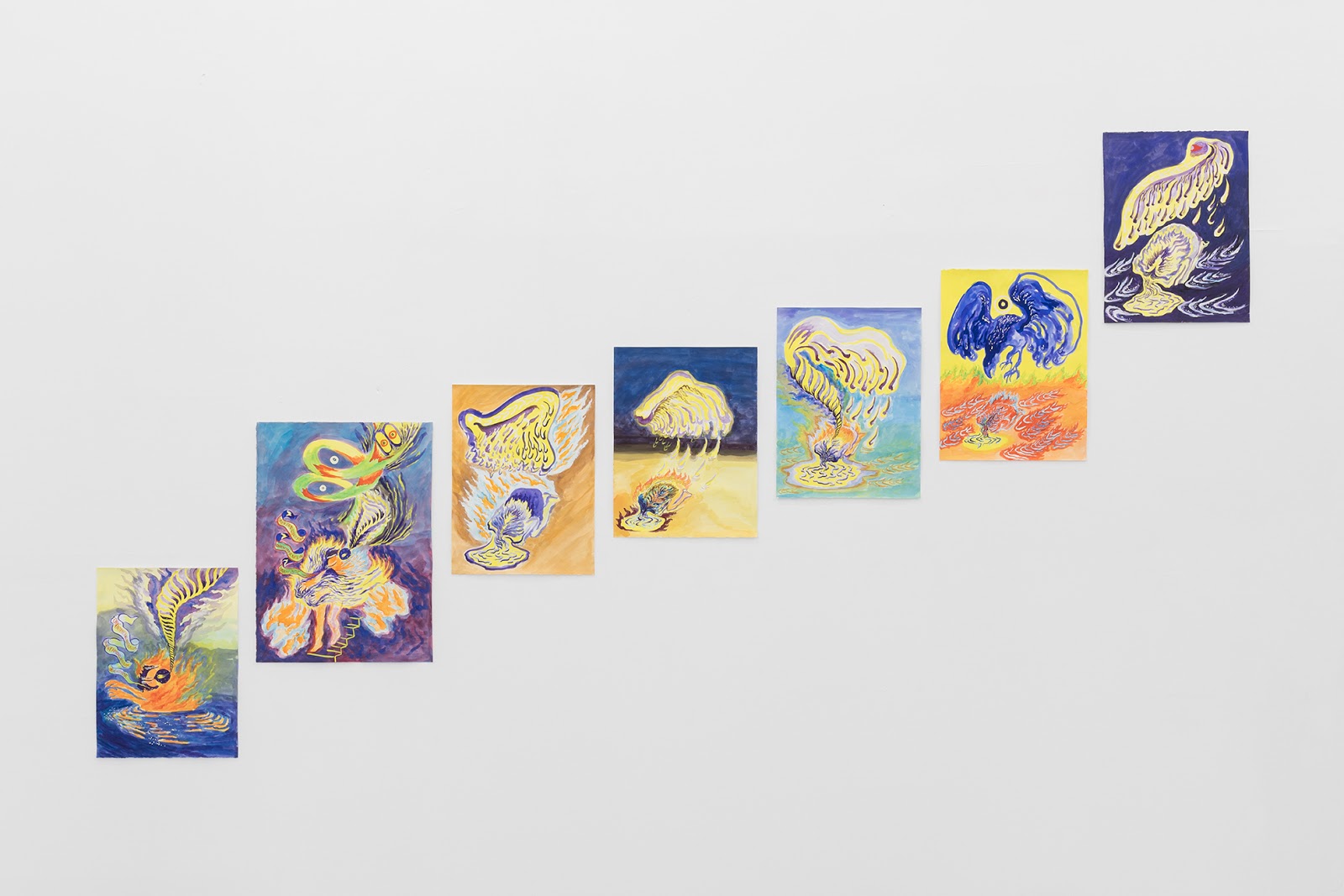 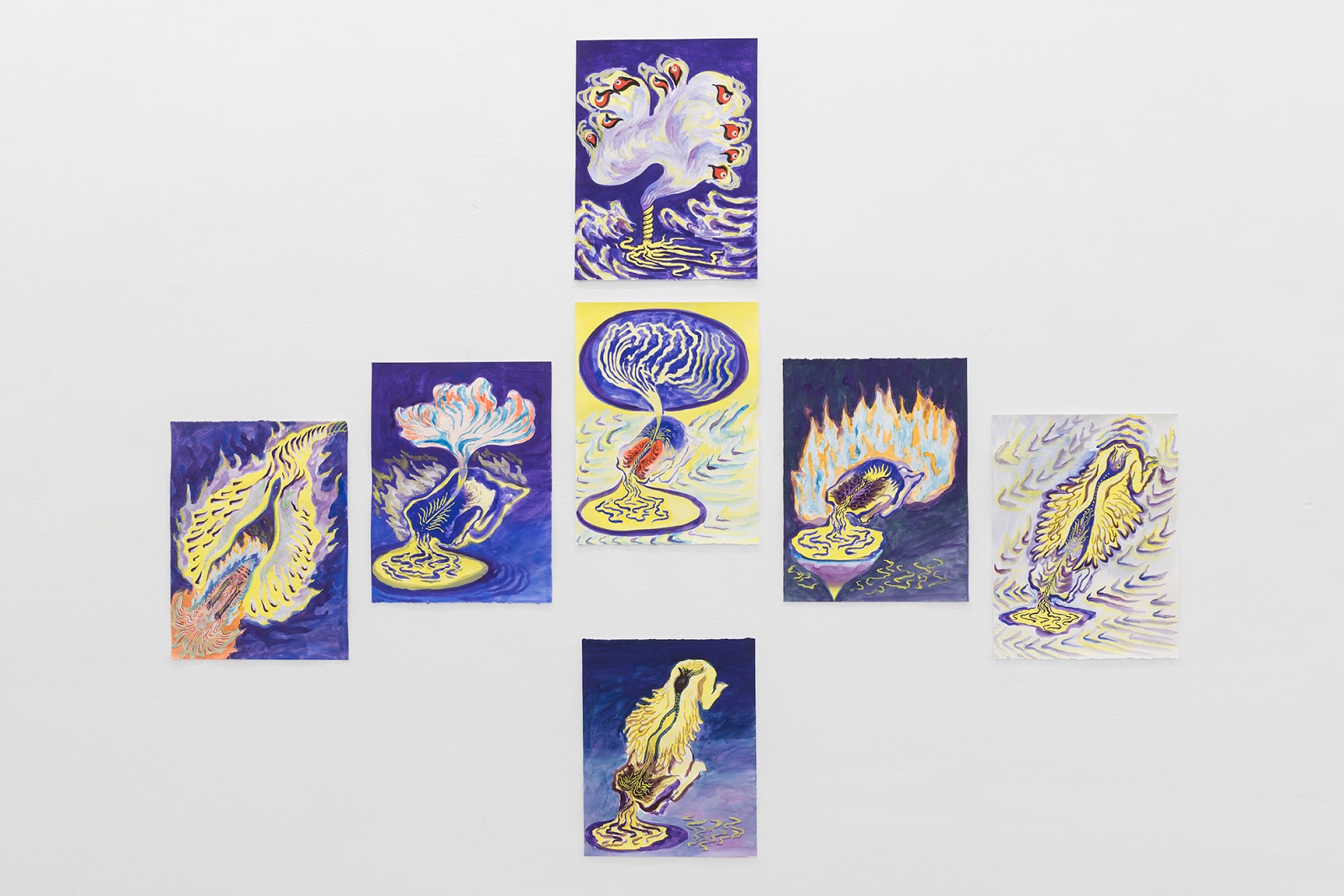 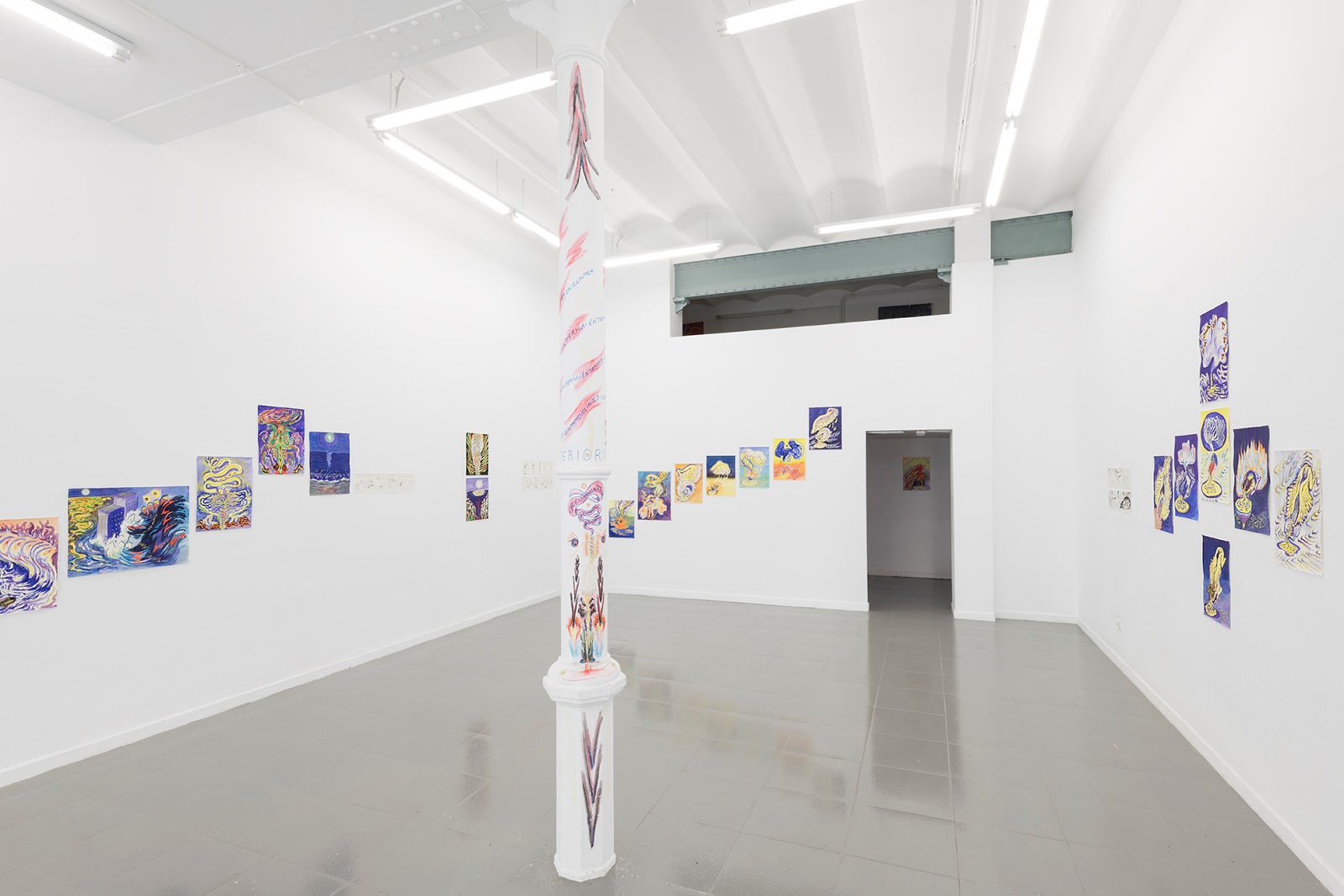 “I set up the exhibition and immediately left it closed, as if I suddenly believed that an evil that seemed contagious was concentrated in it, or perhaps as if I wanted it preserved from the evil that howls in the city like a ghost, and these days I have imagined it forever closed, the city ravaged by the storm and Bombon like an ancient crypt, full of curses and treasures. And as everything that can be found someday, avid explorers will one day find the room intact, its air thinned with particles stored over time, and they will think that what has been encrypted on the walls was a threat that was chasing them, latent in space and which warns us from the past in the hope that the language of darkness, ecstasy and trembling have not completely fallen into disuse.”
The exhibition proposes an emotional journey through comic strips and painted papers. The textual, ironic and poetic element appears in a comic produced specifically for the occasion, in which a monkey who paints descends into the interior seas of the earth.
“ORIENTAMENELINTERIOR” is a formula that the painter heard in dreams and that seems to start where it ends, as if it were made to repeat in loops or contained some strange internal order. He sang it to himself in order to not get lost as he descended, when the words lost their strength and instead were gained by an ancient tremor that made the waters grow and turned them violent.
In the paintings, arranged following the movement of a wave with its booms, climaxes and depressions; an attitude of physical surrender to forces beyond us is investigated, like an ecstasy that one should allow to go through without resisting. In the images there are parallels between the rising waves or the destructive attacks of nature and those emotional states capable of possessing a body and burning it as lightning would. The bodily element is very present, the wound of the body is the wound of the world and the practice of painting serves to penetrate those regions of pain where words cease to serve. Elements such as the knot, the tremor or the winged creatures are the codex for a painting that marks the points crossing a wave whose background is emotional, as if the corrupt marshes of standing water were abruptly ignited with a force that seems to come from its own elements.
Tags Aldo Urbano, Barcelona, Bombon Projects, Lazy exhibitions
Newer Post Older Post Home