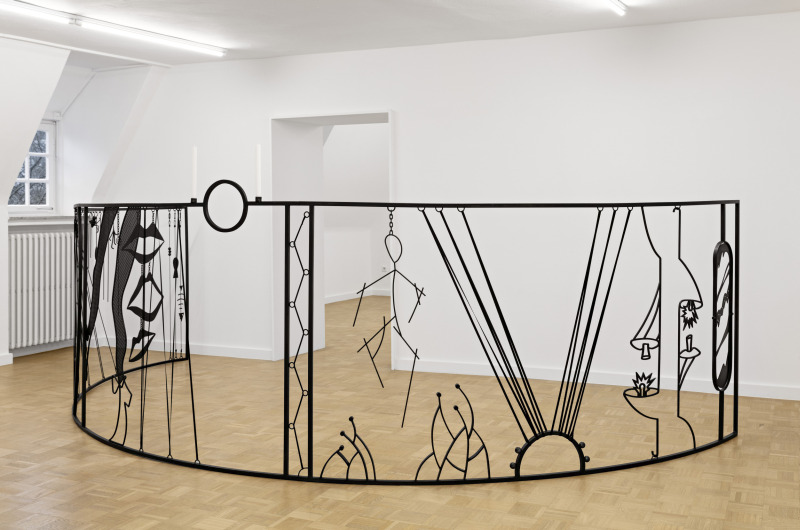 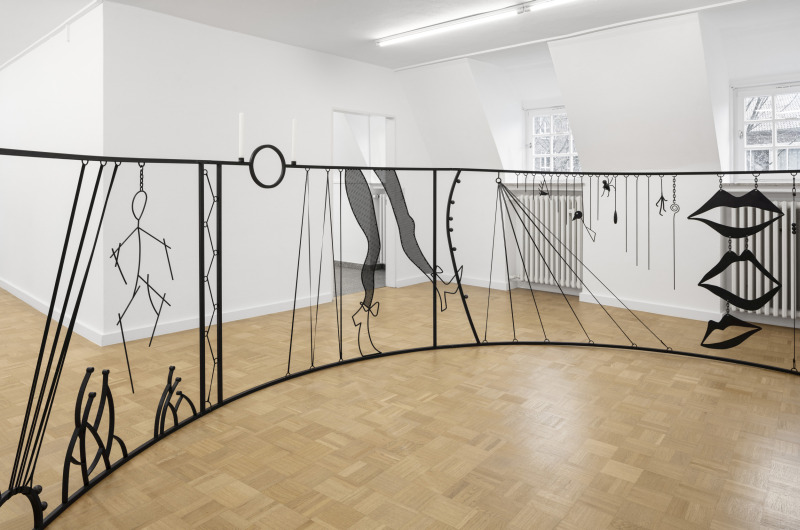 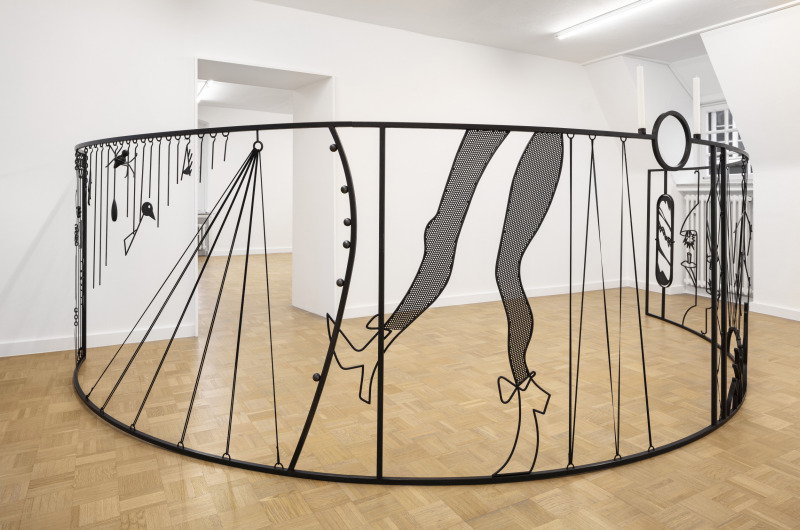 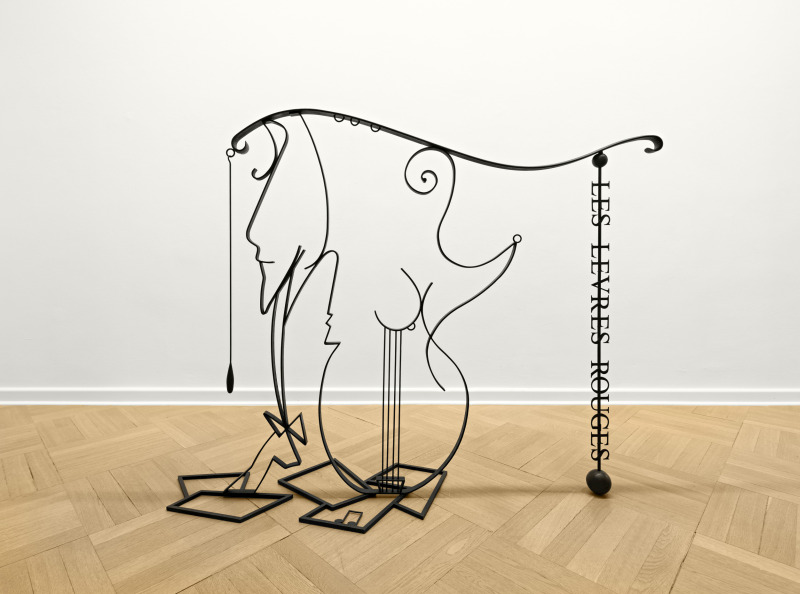 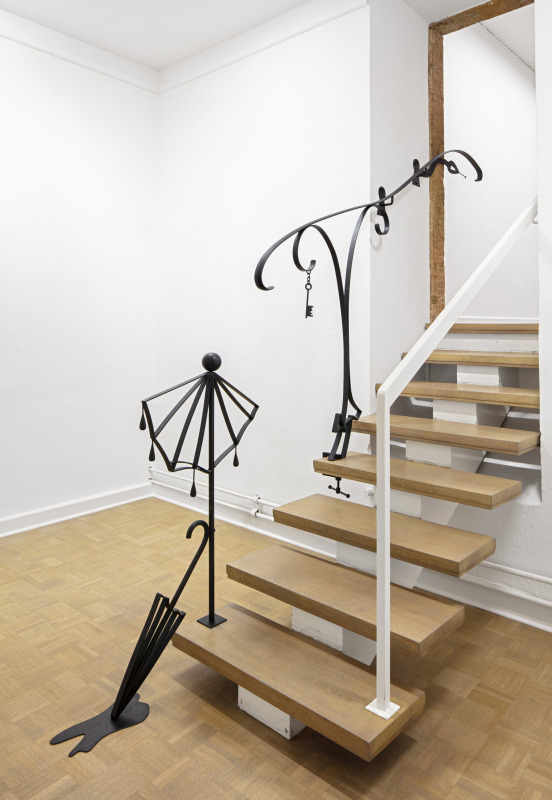 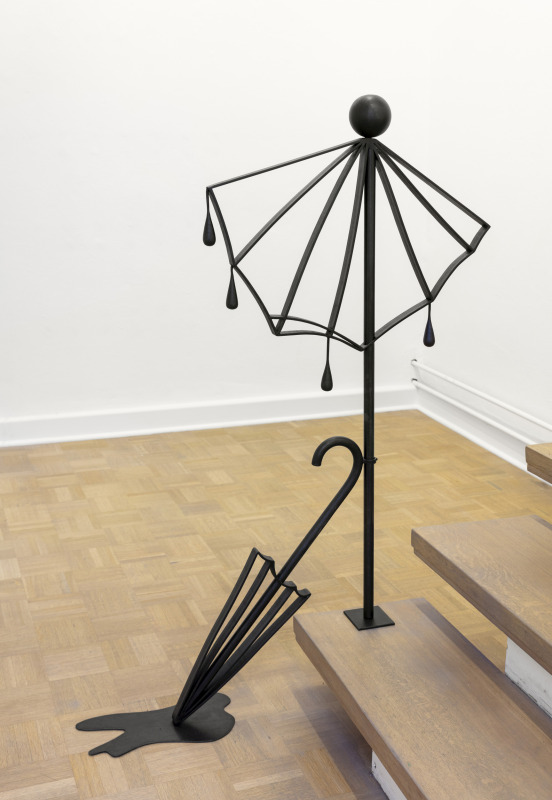 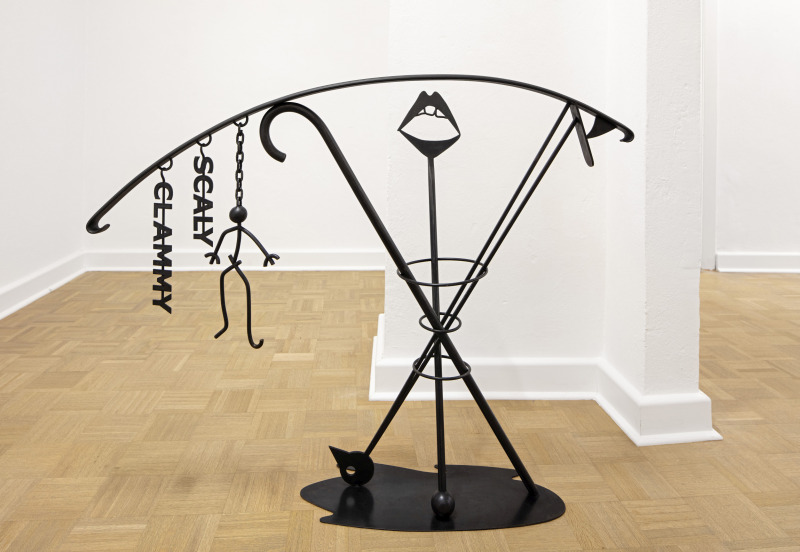 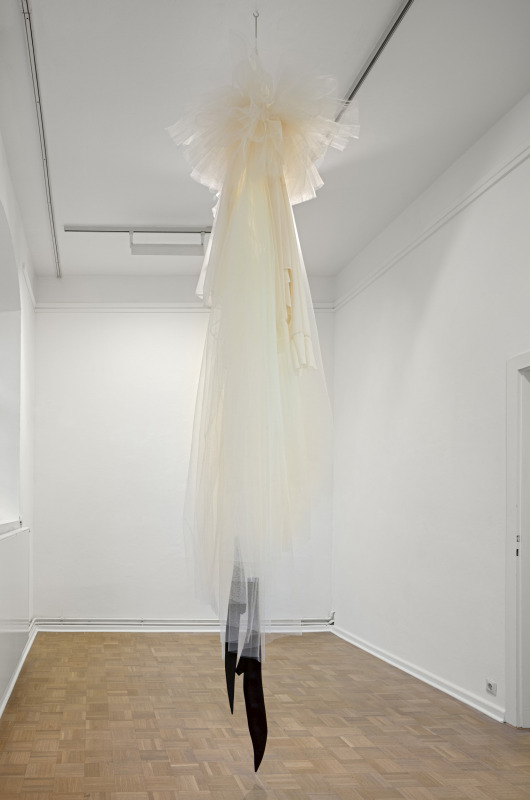 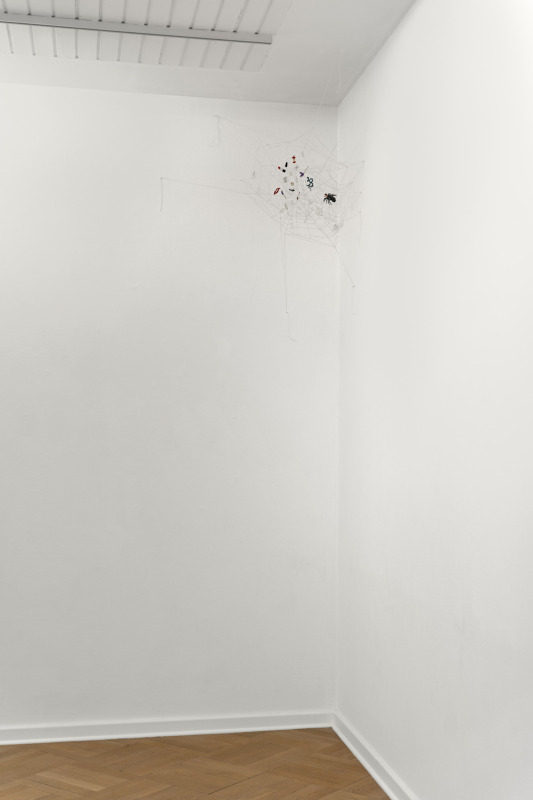 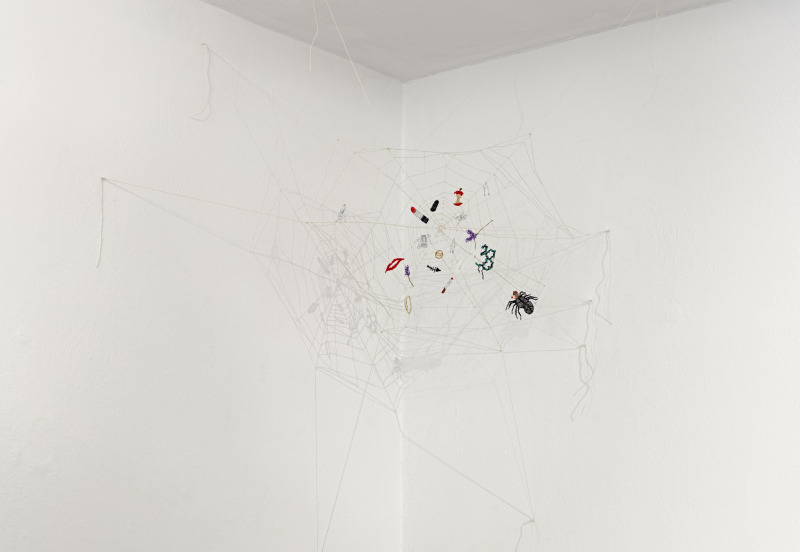 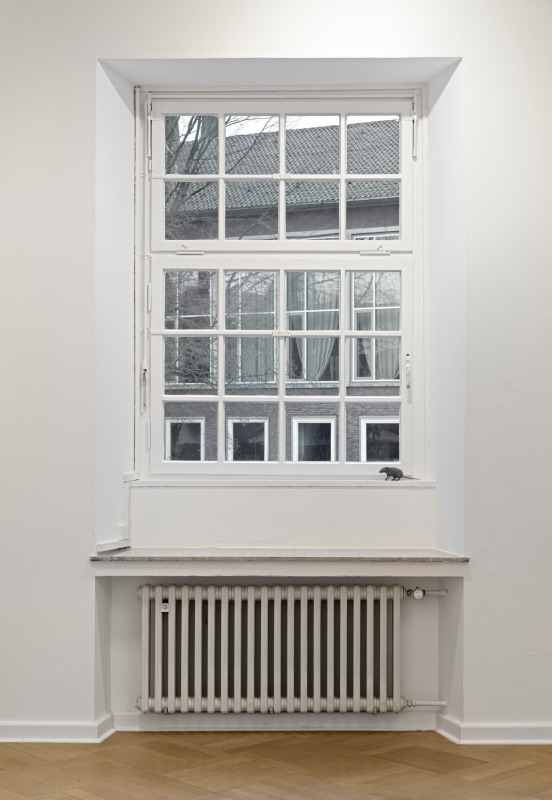 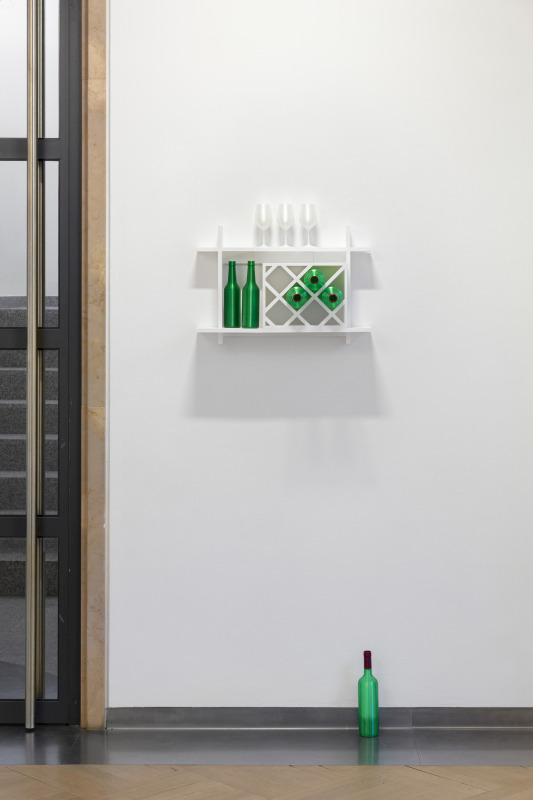 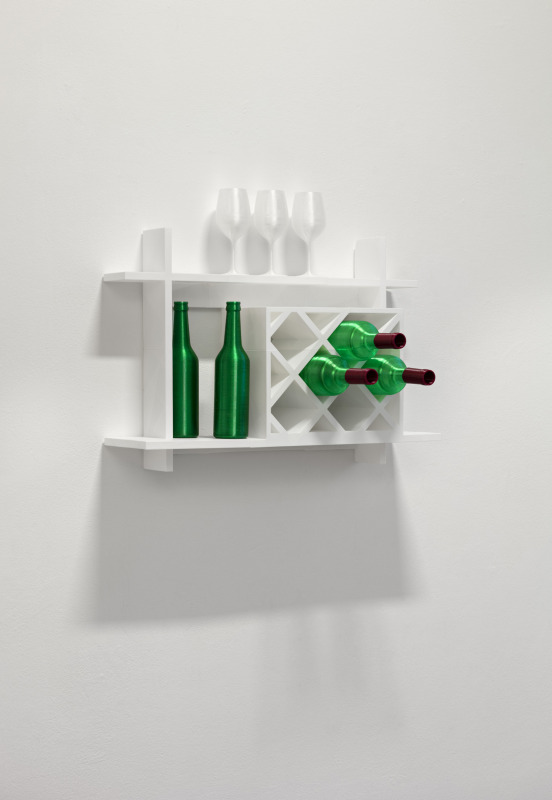 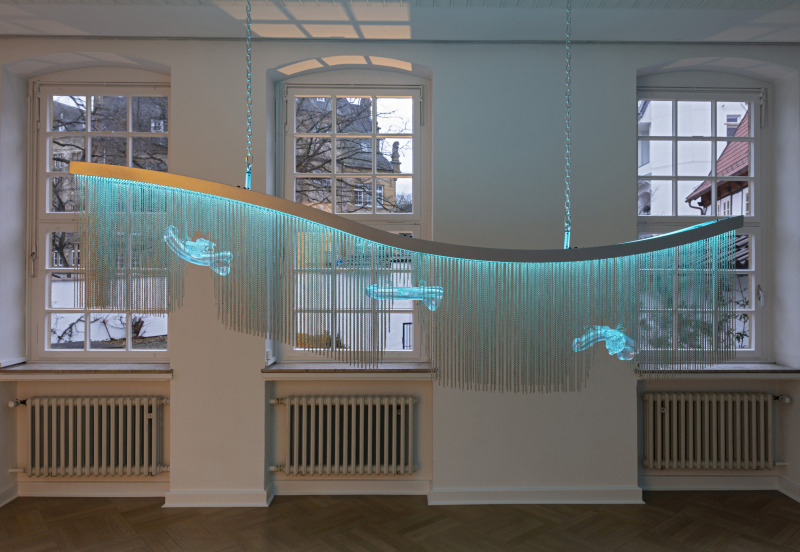 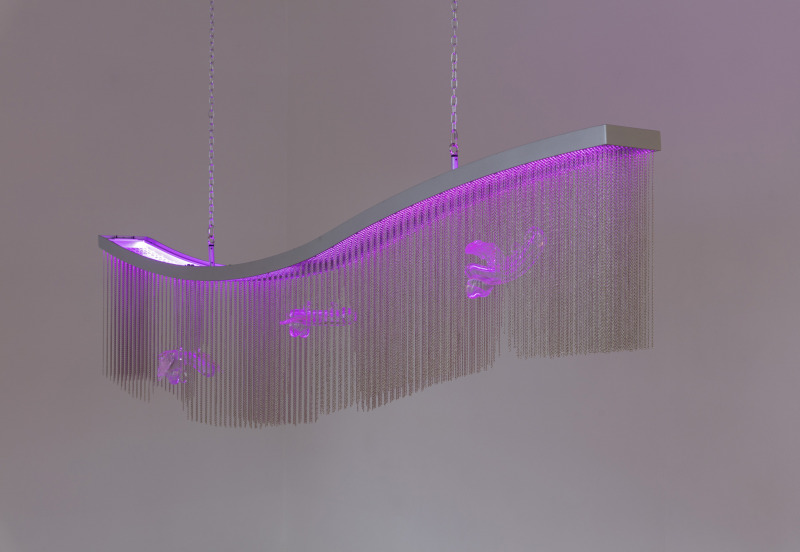 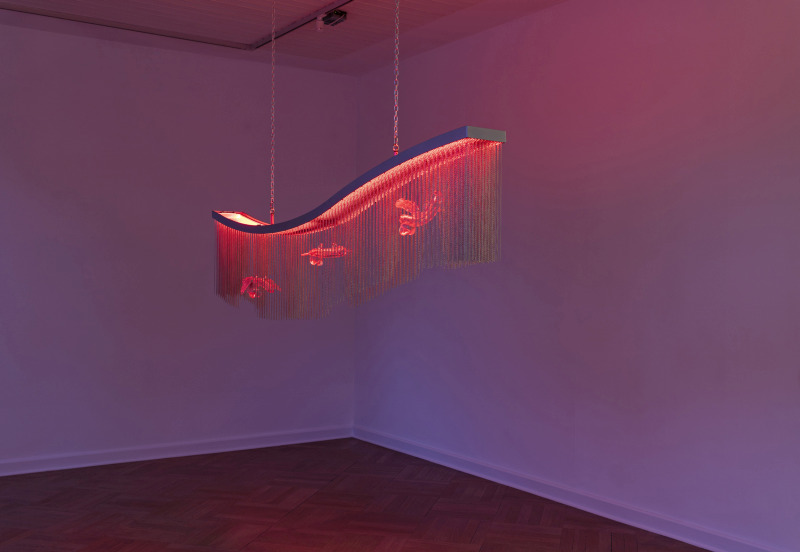 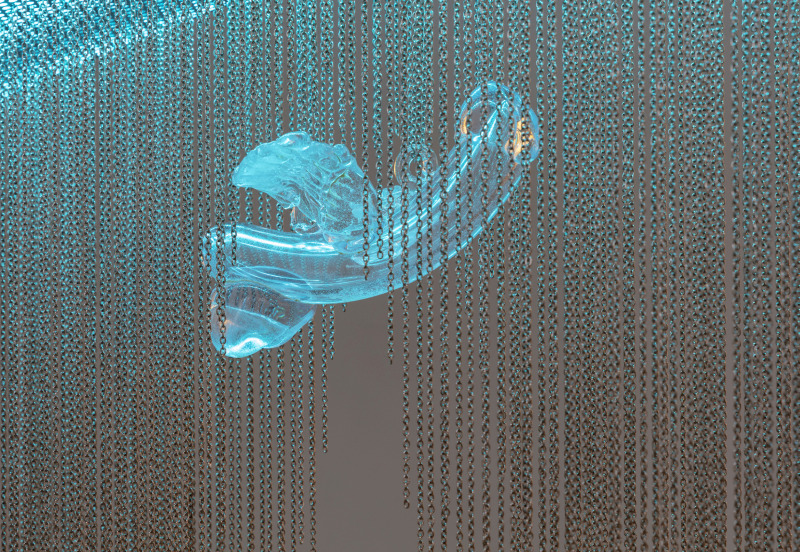 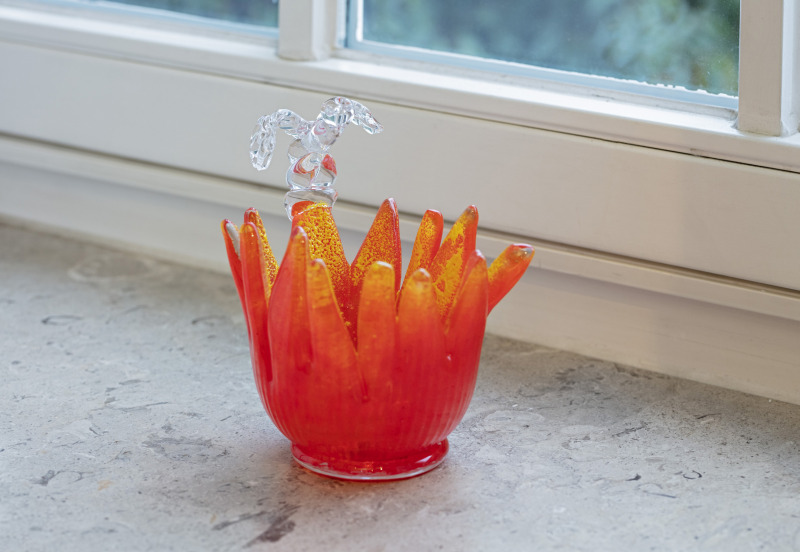 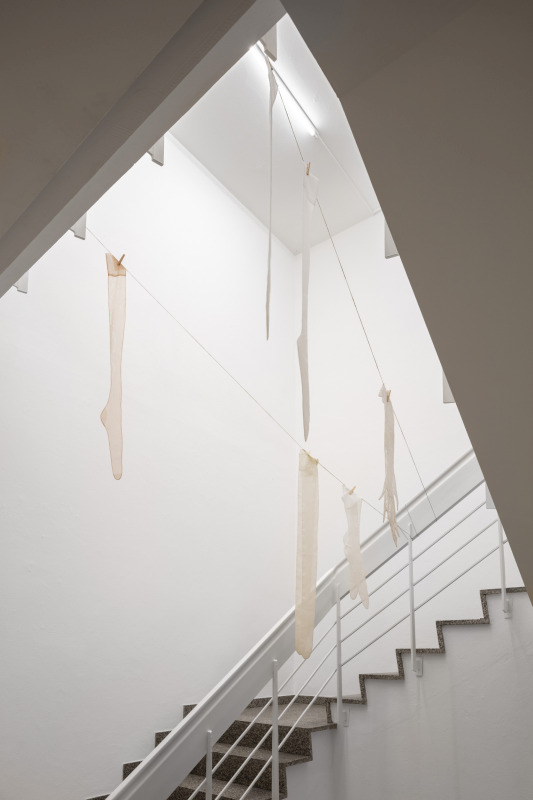 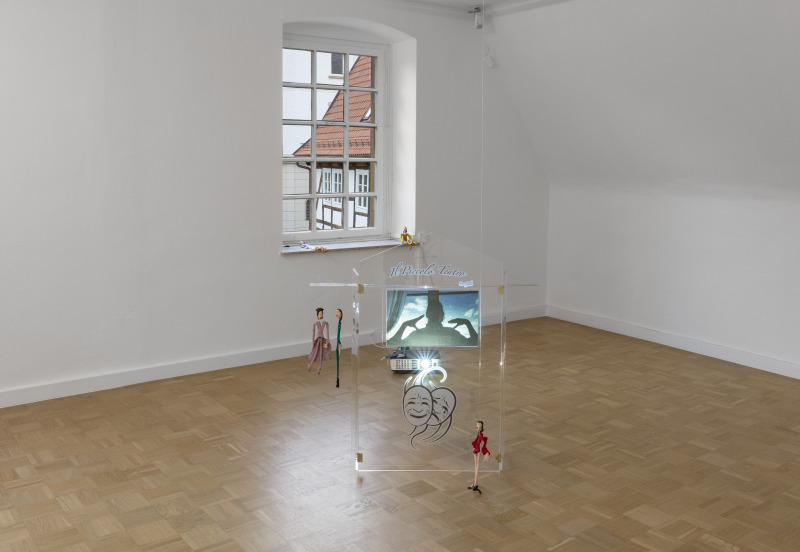 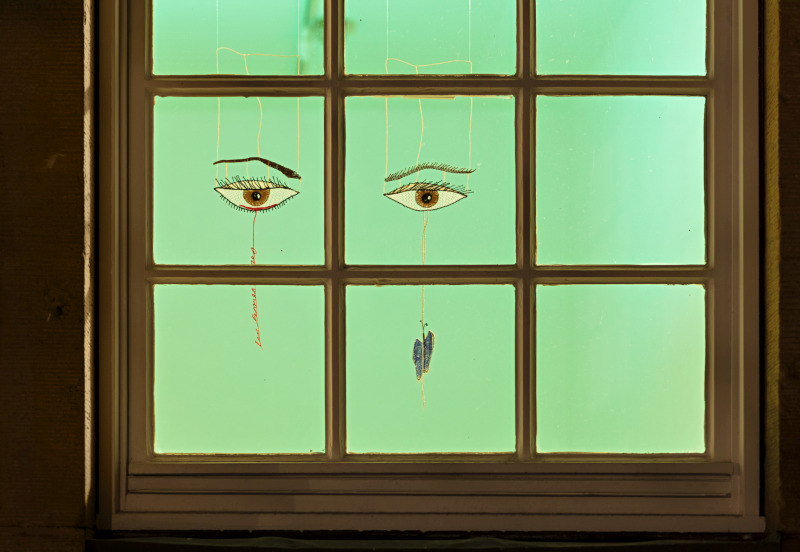 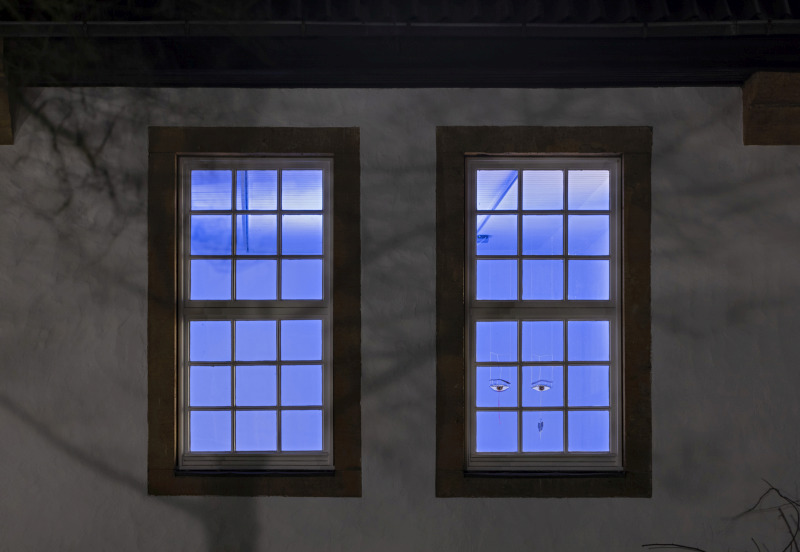 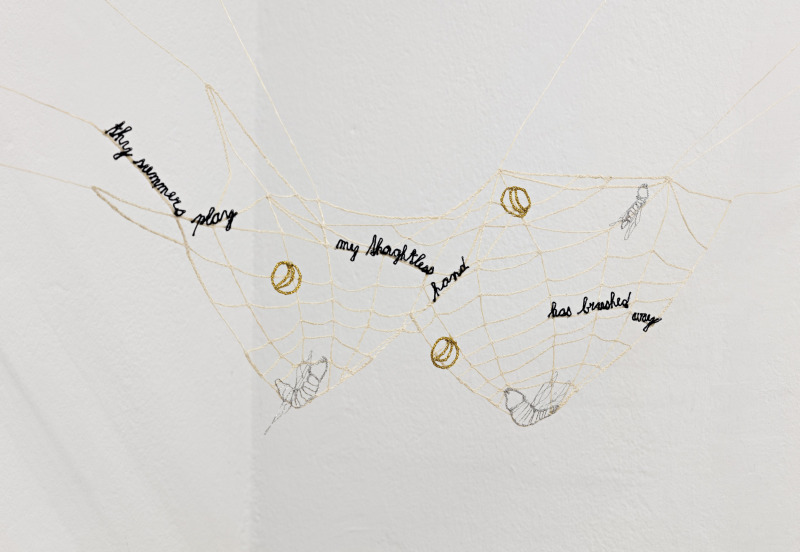 The Kunstverein Bielefeld is delighted to present Les lèvres rouges, the first institutional solo
exhibition in Germany by the French artist Julie Béna. The objects, installations, films and
performances created by Béna address the forms of representation inherent to cultural
narratives. Her works juxtapose motifs from art-historical, theatrical and literary contexts with
those from mass media and popular entertainment, in order to interrogate the social
determinants of the production and reception of the material. Her Bielefeld exhibition opens
up a space of play in which illusion and reality are taken to the point of indistinguishability. In
the midst of this enchantment, the spectator becomes all the more aware of societal power
relations.

Working across both levels of the Kunstverein exhibition space, Béna develops a scenario
populated by spiders, mice, fools, butterflies and flying phalluses, in an installation which
ultimately has symbolic significance. Resisting the unequivocal, the piece works around the
specifications of the exhibition space, undermining its supposed functionality. Here, the
materiality of hand-made lacework collides with the technological nature of 3D-printed
objects, while digital animated films are confronted traditional puppet theater. Béna’s field of
reference extends to pilgrim badges, among the earliest of visual mass media, and to
panorama pictures, an early technology of popular art. Les lèvres rouges subverts fixed
cultural definitions in order to imagine a different world calling dominant norms and meanings
into question.

Julie Béna (born in Paris in 1982, lives and works in in Paris and Prague) has had recent
solo exhibitions at Kunstraum London (2020), Museo Amparo, Puebla, Mexico, the Jeu de
Paume Paris, CAPC Bordeaux and the Galerie Joseph Tang, Paris (all in 2019). Her work
has been included in group exhibitions at L’Inconnue, Montreal, Drdova Galerie, Prague, the
C Arte C, Madrid (all in 2019), BOZAR, Brussels, RUPERT, Vilnius, Chapter New York (all in
2018) and at M Leuven, Belgium (2017). In 2018, she participated in the Rennes Biennale.