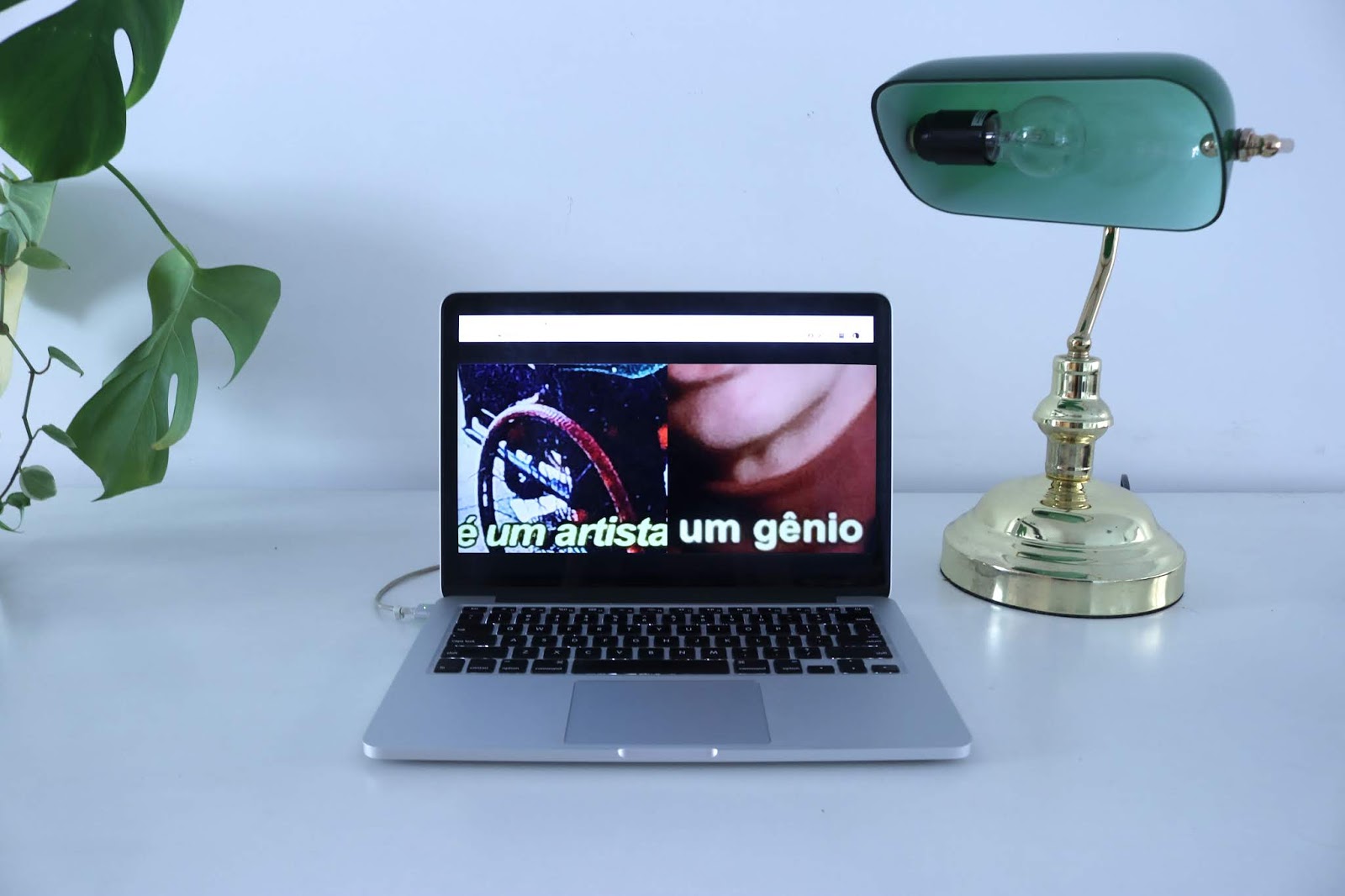 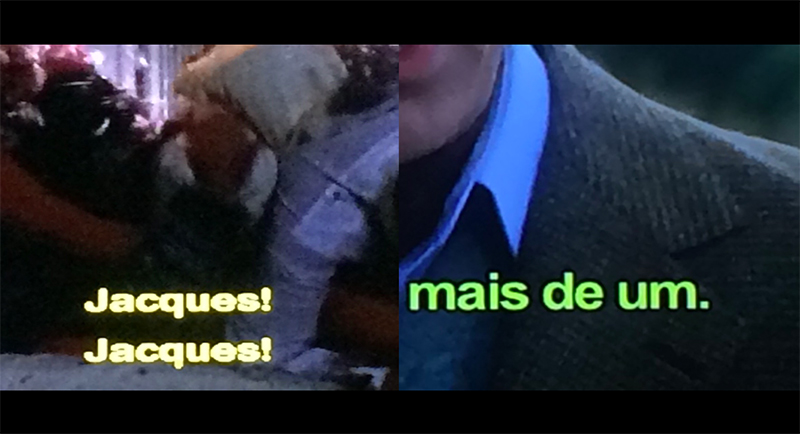 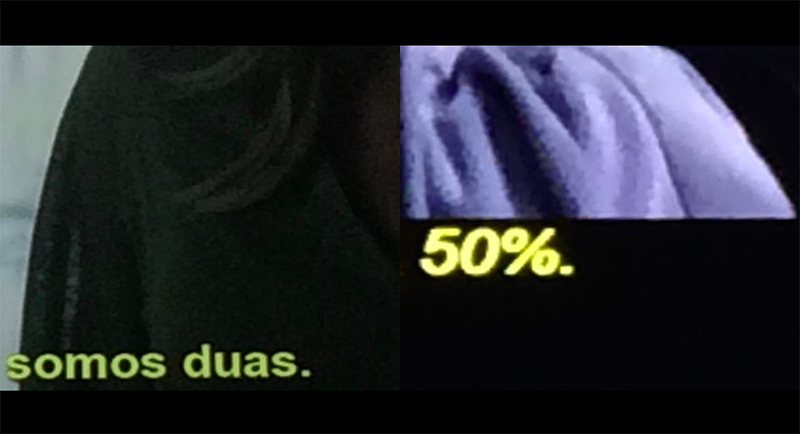 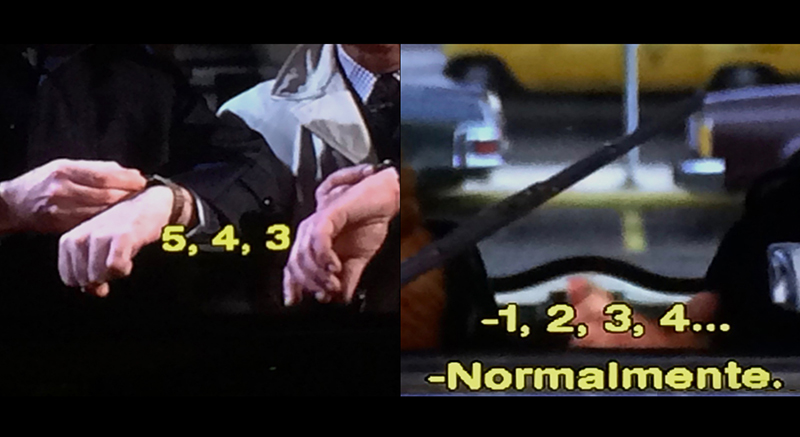 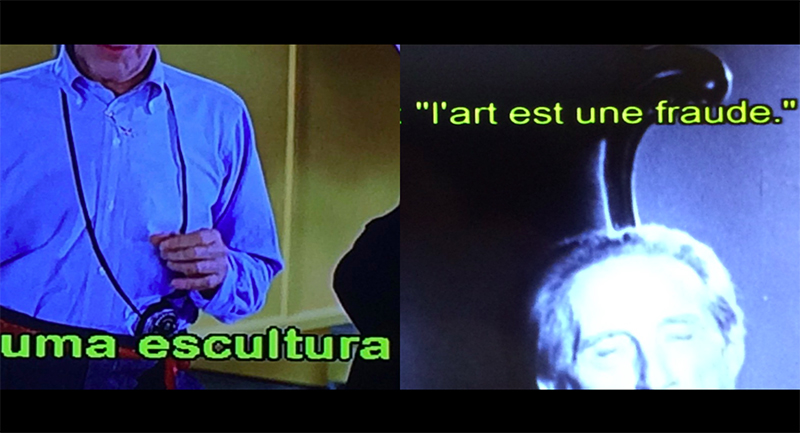 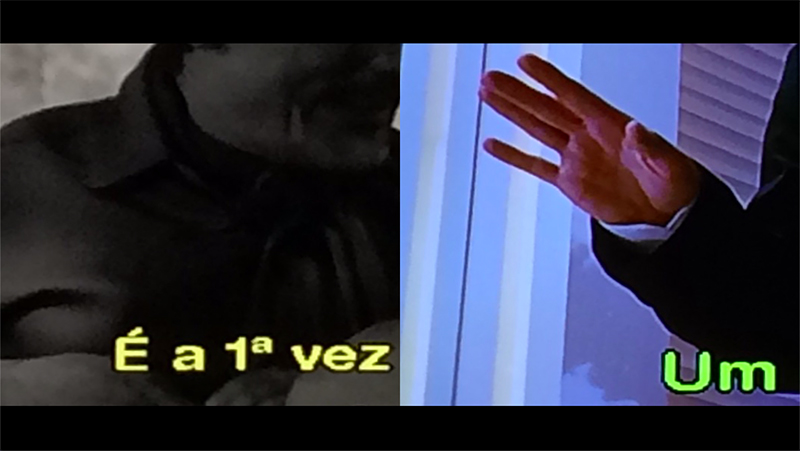 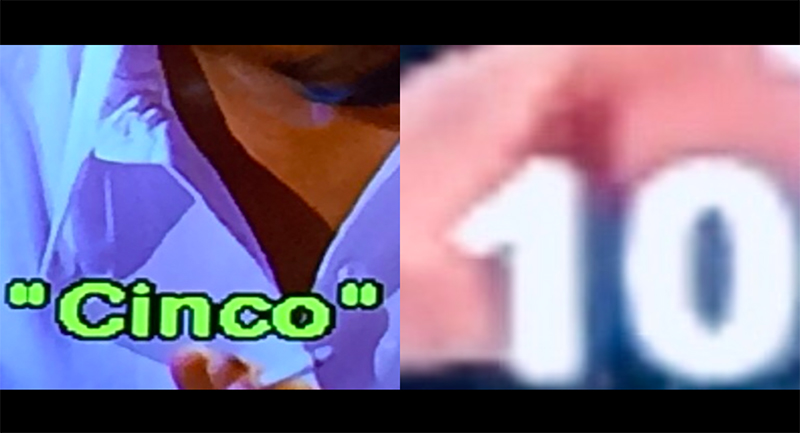 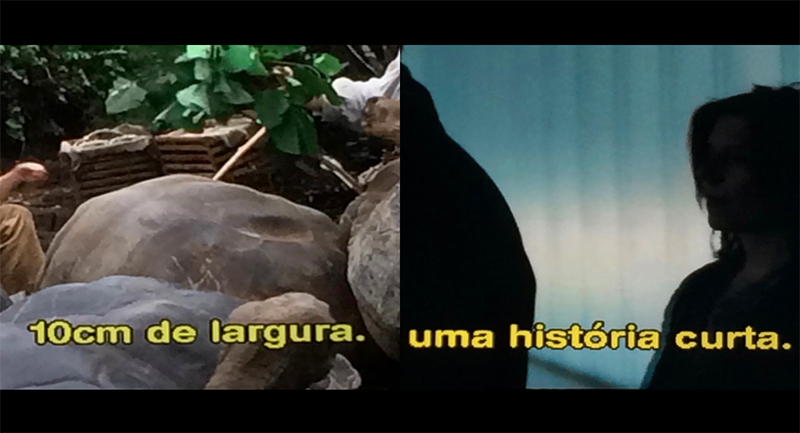 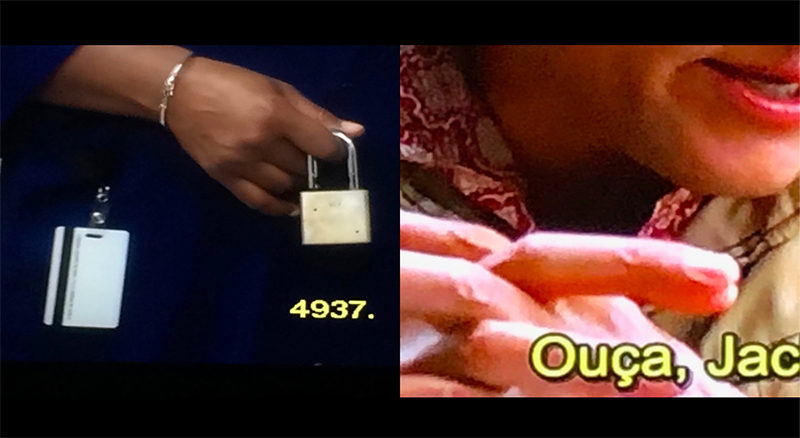 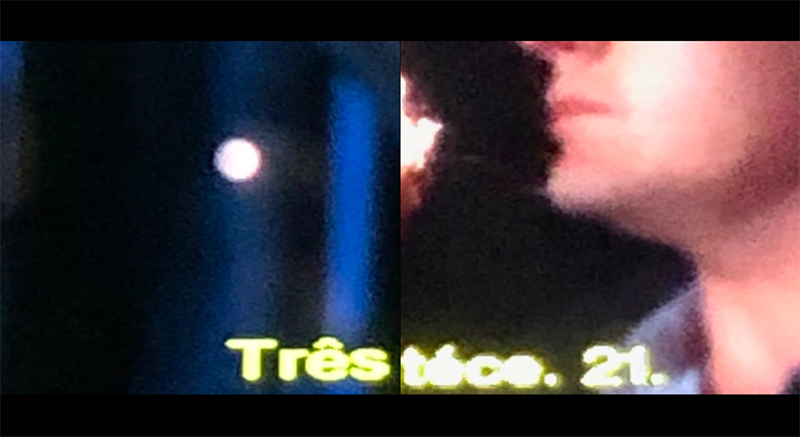 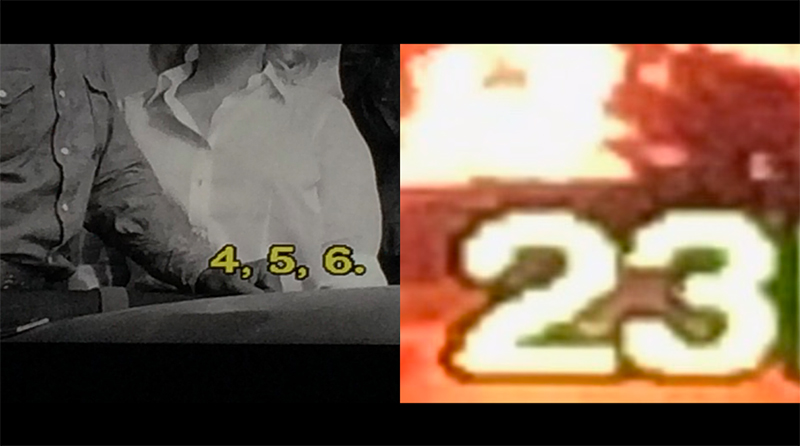 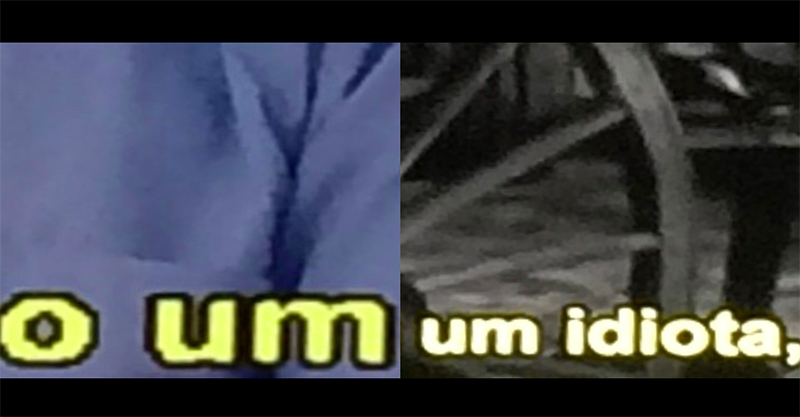 Images courtesy of aarea and the artist

button
To celebrate its 30th edition, aarea invites Jac Leirner to create, for the first time, a piece designed to be shown on a screen. Although the artist’s work is not contingent on this or that medium, the origin of “button” can be traced back to the digital: for over three years, the artist has been taking pictures with her cell phone camera of the Portuguese subtitles in films she watches. Jac has been building a collection of these photographed images, organizing them into categories such as “subtitles with the words yes and no”, “subtitles with words about art”, “subtitles with repetitions”, “subtitles with the word love”, among numerous others. For her work with aarea, Jac will use her “subtitles with numbers” collection, which currently contains upwards of 1000 images.

The photographs are cropped and adjusted into square format by the artist, which results in the loss of part of the subtitles and footage. The films thus become unidentifiable and we, the spectators, can only recognize fragments of the footage, such as faces or sceneries. The words that do remain visible, however, and which at one point made sense within the film's narrative framework, lose their meaning and become no more than abstract quantifications, thus achieving a certain poetic autonomy.

In “button”, the words that represent numbers acquire new meanings by association: on screen, two photographs, chosen by an algorithm, are shown side by side. Instinctively, our inclination to logical reasoning “ties” the two images together, creating narrative bridges which unify the loose words and numbers. “One painting/Two possibilities”, “One vice/One hundred thousand welcomes”, and thousands of other possible diptychs can be seen at www.aarea.co

About aarea
www.aarea.co is an online platform founded in 2017 to showcase artworks created specifically for the internet. aarea's website doesn't feature fixed elements such as logo, texts or links that are not a part of the artist’s work. Each edition presents a single project and the featured artists have all been challenged with creating a work whose only vehicle is the internet, most doing so for the first time. aarea’s activities extend beyond its website, promoting a broad public program in partnership with other institutions, doing curatorial projects, seminars and talks, from a post-digital perspective.