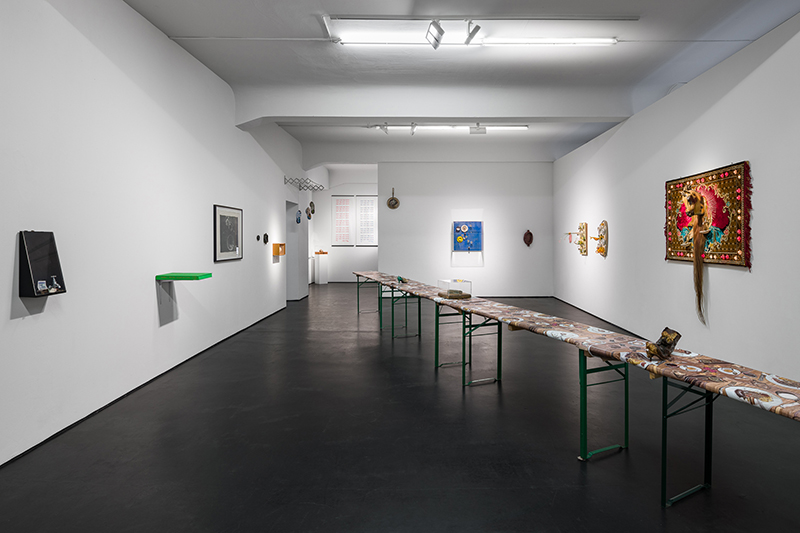 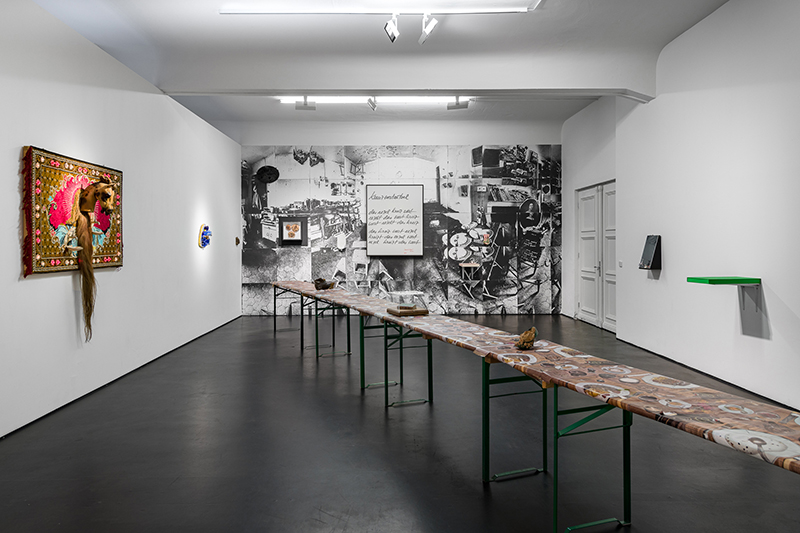 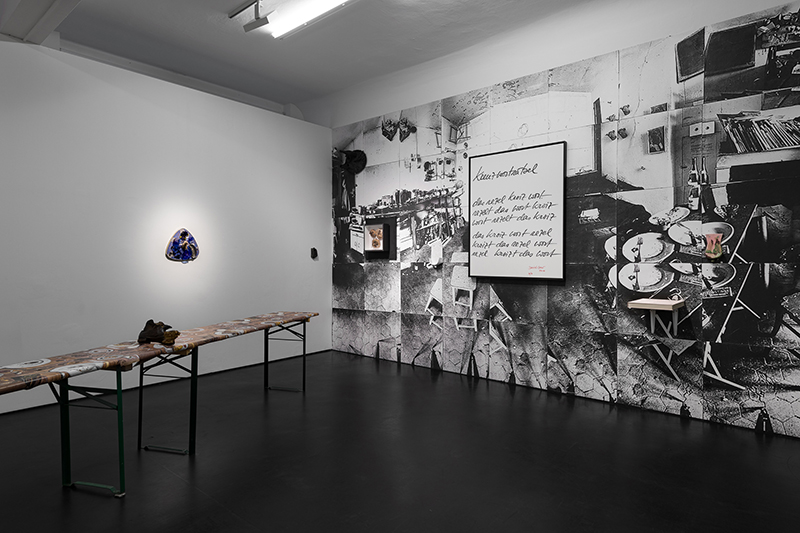 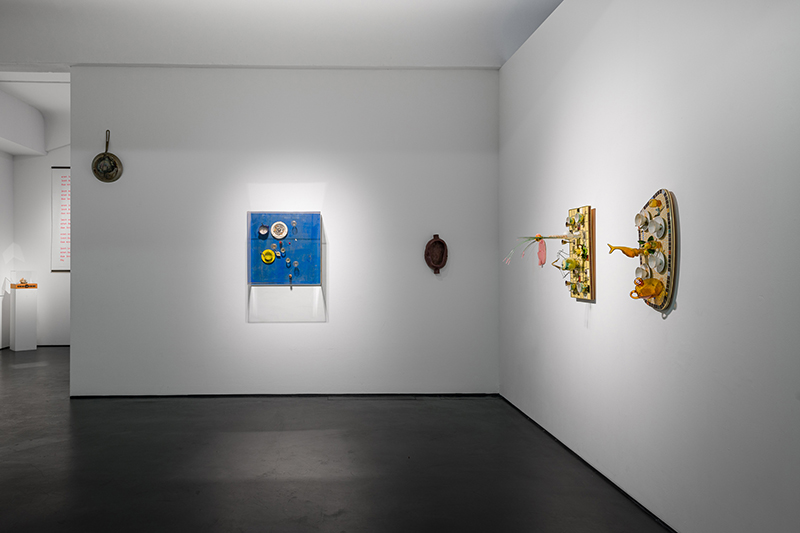 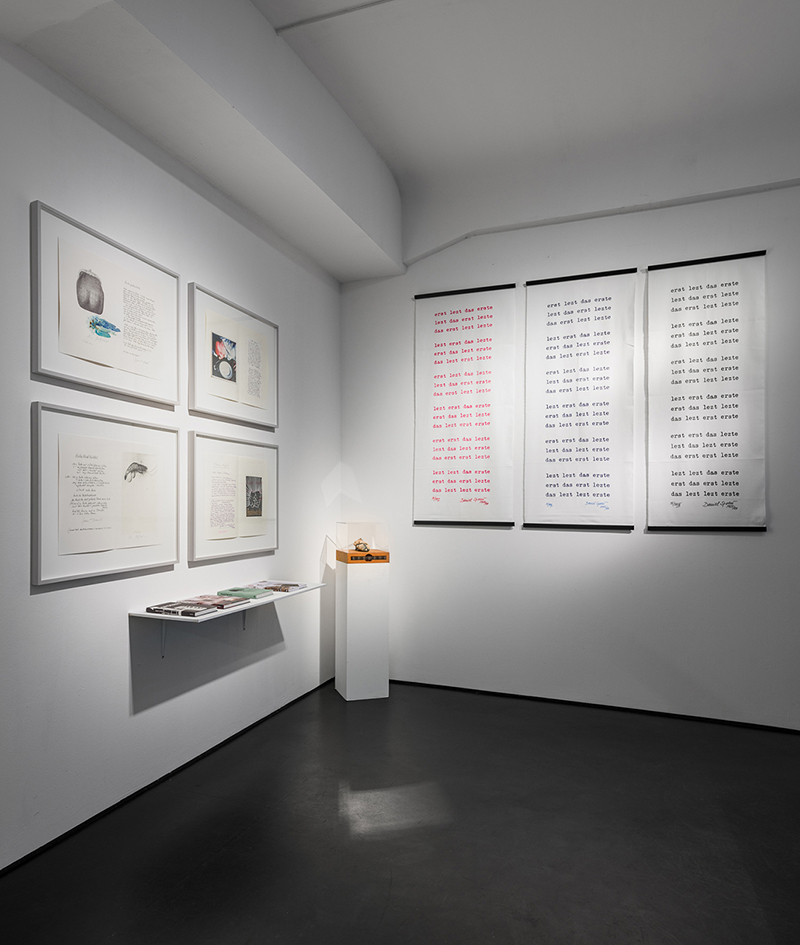 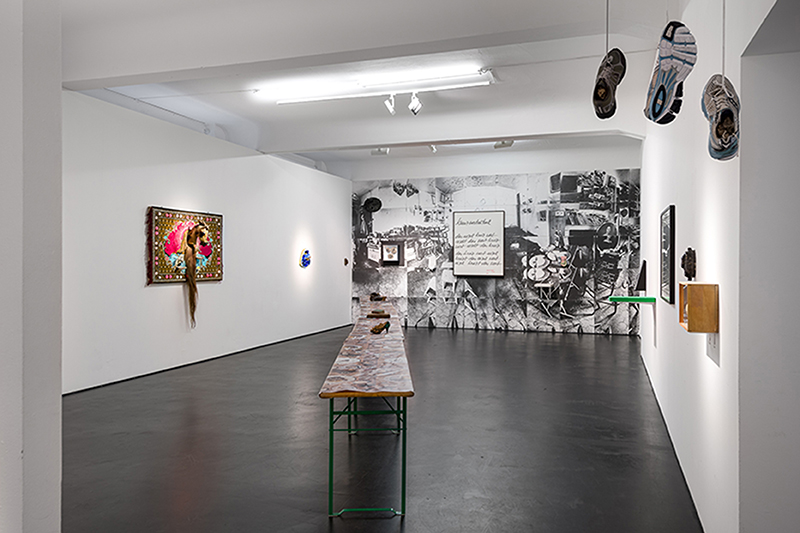 Gigiotto Del Vecchio: How do you define your interaction between art and food?

Marco Bruzzone: I believe that food and art have always had a relationship that got mediated by the artist. I often think of those instances were the fur of boars was put aside after their slaughter, so that later on, brushes could be made out of it. Or when only two out of three eggs were eaten, while the remaining one was used as a binder for colors. I also think that in more recent times, certain dynamics have reversed. Immediately after the World War II, many artists have started to work with poor or everyday materials and as result, the work of art itself has become dematerialized, as can be seen in conceptual art. Food and waste became components of performances, videos and sculptures or furthermore were the parts that constituted them. Later on, during the economic recession in the nineties, this concept was broadened as some artists started to organize dinners in museums and galleries, some put Christmas trees on display. We got by with what we had.

In the winter of 2010, yet again in the midst of an economic downturn, I go invited to participate in an artist residency program in Brussels. Besides a return ticket, I was provide a room and a kitchen. Every week, I would also receive two boxes full of organic vegetables. That’s when I started using food as a means to make art. I believe that today more than ever, food has become a material in the sheer range of media that art has to offer (such as neon, corrugated cardboard or watercolors).

GDV: And what fascinates you the most about food?

MB: Food, particularly compared to art, so inexorably passes through my body, from lips to anus. It is a strong experience that bears a certain degree of danger. It is a form of pleasure that is more visceral and less metaphysical than the mere look at painting. It is more like a sexual act, a surgery or even physical violence.

GDV: What is your approach to Spoerri‘s recipes?

MB: When you invited me, I immediately thought that one cannot simply slaughter off animals only for the sake of an exhibition, just to redo Spoerri’s recipes: The nose, the brain, the foot, the testicles – it’s too much. But then I looked at the cookbooks and I realized that the illustrations were really beautiful, delicate, sometimes abstract. They didn’t have anything to do with violence and death.

I figured I could only do something with those cookbooks if I ruled out death and animal sacrifice. Also, in my view, Spoerri‘s recipes seemed to be about humans not animals. I read this as a critique towards certain human behaviors, perhaps very close to cannibalism (World War II just came to an end when Spoerri started to work as an artist). So I chose to cook human testicles and brains. Veganly. Vegan death in itself is only staged. No animals or human beings were harmed during the process, as they say in movies. I am fascinated by the idea of vegan cannibalism and decided to use Knödel dough for the testicles and cauliflower that were cut into halves as brains. Castrations, lobotomies... I don‘t know. Is that okay?

...Flouting the principles of 18th-century aesthetics, Daniel Spoerri fuses physiological taste and aesthetic taste. Food and eating have provided the major axis of Spoerri’s projects throughout the many years of his artistic pursuits. He has staged several banquets, which have proved important hallmarks of art history. As restaurant-and gallery-owner, he has regularly put on display the celebrated “snare-pictures” – compositions of food rests and meal remnants...

...Dinner as such is a pure performance that spans only as long as people eat and can never be replicated in the same form. The remains are what is usually discarded, both after dinner and after a performance, but they are also the only remnants left, representing nostalgia and a desire to preserve what cannot possibly be perpetuated. Spoerri explores the limits of taste and possibilities of preserving it, at the same time interrogating the limits of art.

...Spoerri’s art poses an ontological challenge to the identity of artworks which refuse to relinquish their embedment in the everyday. What is it that makes the everyday (a meal) mutate into an artwork (a performance)? I intend to answer this question drawing on pragmatist perspectives, which interrogate the relation between experience and action in the context of artwork...

...Daniel Spoerri’s work tended to redefine the perception of common objects or settings. He thereby largely contributed to Francesco Conz’s collection of “Fetish”, unaltered everyday objects turned into art solely by the fact that they were chosen by the artist. His most notable work, a series of assemblages collectively called the “Snare-pictures”, depicts dinner tables after meals...

In Marco Bruzzone’s “Ruin”, a collection of ceramic vessels evocative of the common men’s urinal, the artist explores the materialistic infrastructure of modern masculinity. As the title suggests, manliness, for Bruzzone, labels a social and historical construct to which he feels an ambivalent and alienated commitment. Thus, “Ruin” thematizes the looming (and in some respects, already accomplished) obsolescence of contemporary masculinity. It does so with humor and beauty, in a manner uncolored by nostalgia or resentment.

“Ruin” explores a certain queerness, imagining (and asking the viewer to work towards) a speculative future in which the material objects that give form to manliness are themselves artifactual rather than vital – objects of curiosity that stand at a certain historical-cultural removal, inviting the viewer’s imaginative reconstructions.

The textural, handmade quality of the works evince the care with which Bruzzone inhabits this speculative future, where, by a series of imagined historical reversals, manhood and its ready-mades are themselves long in ruins. Bruzzone thus asks his viewers to join him in an archaeology of the future anterior, asking us to imagine what manhood will ultimately have been, and enjoining us to bring about its ruin...