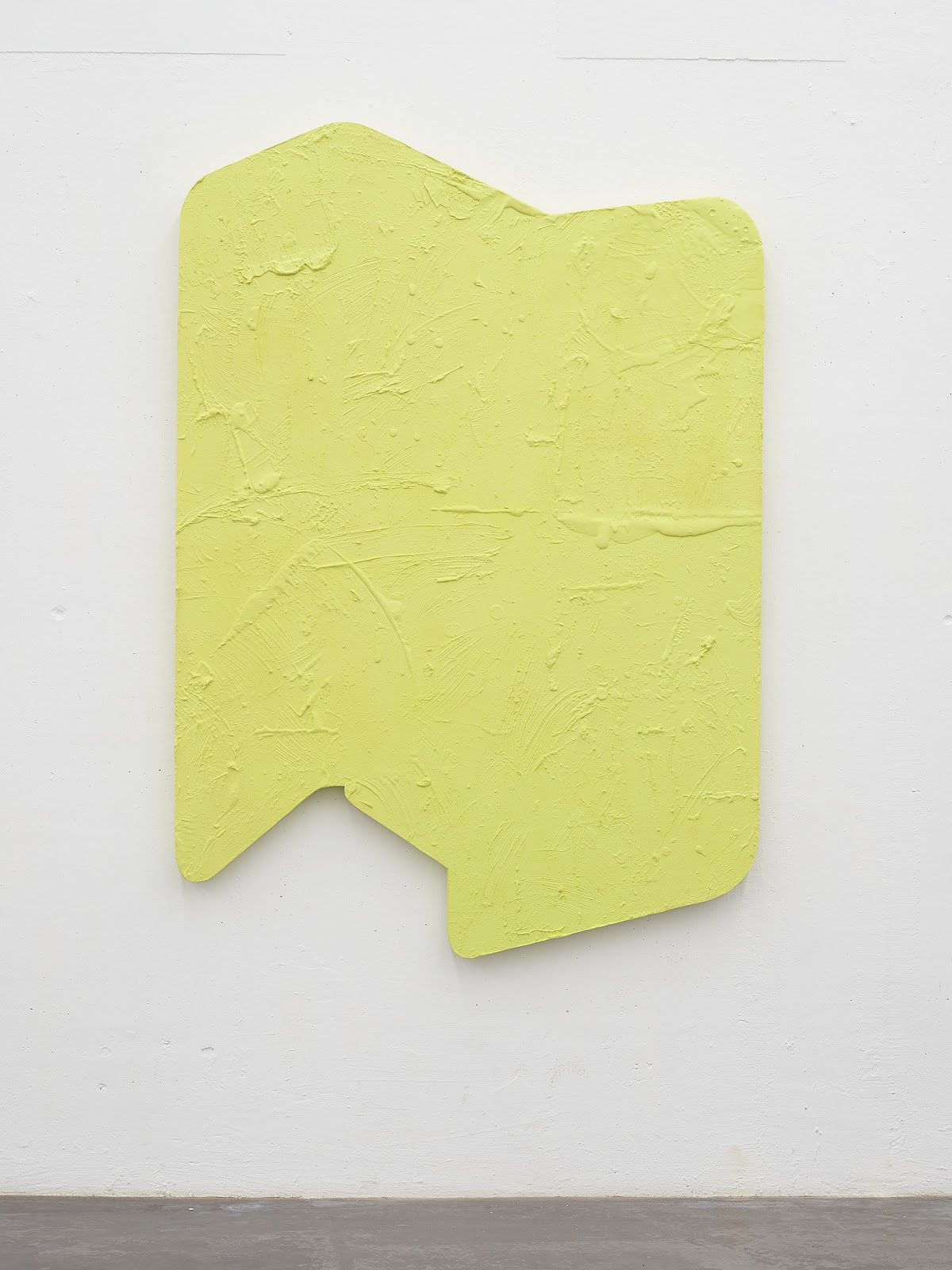 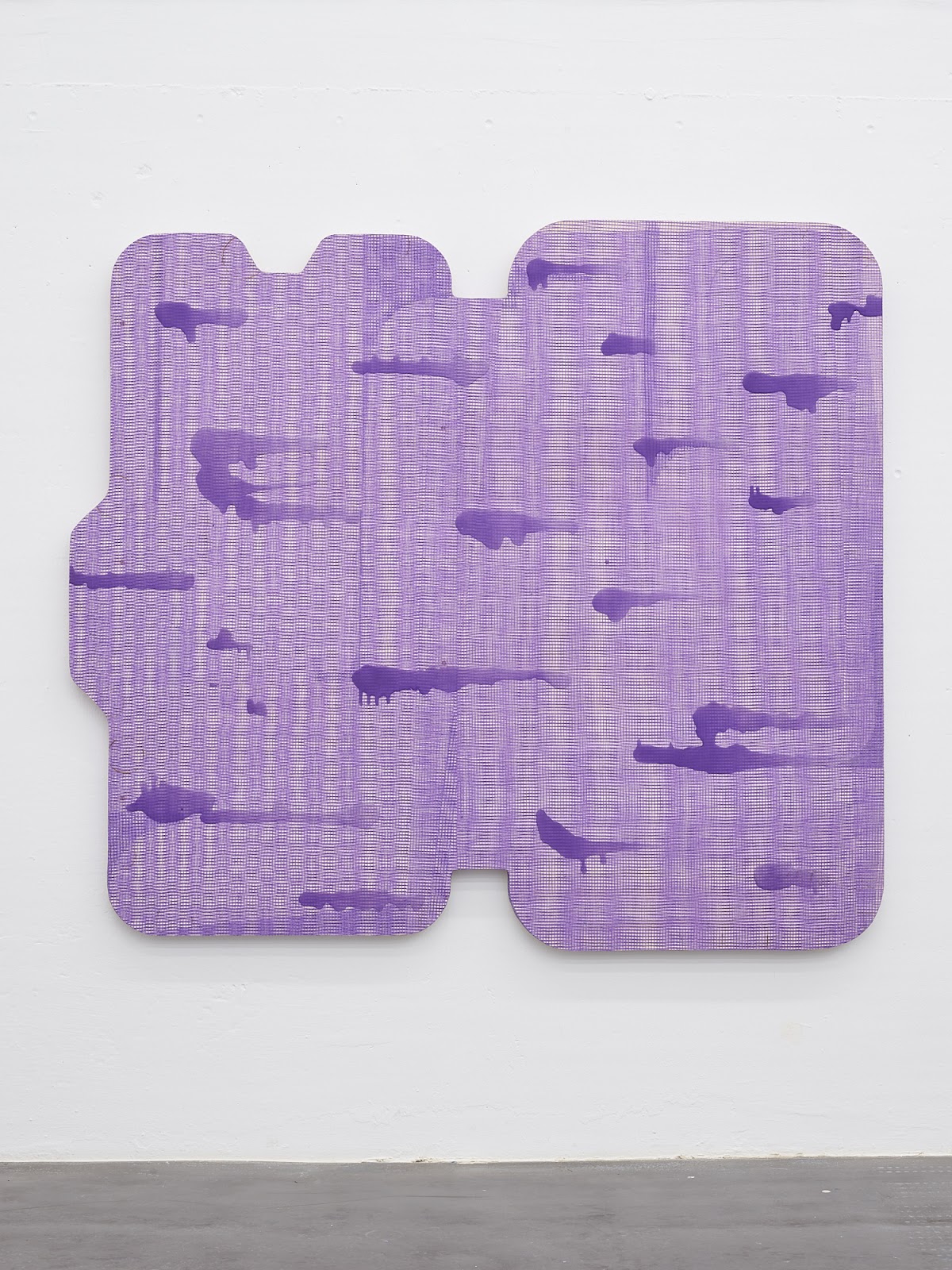 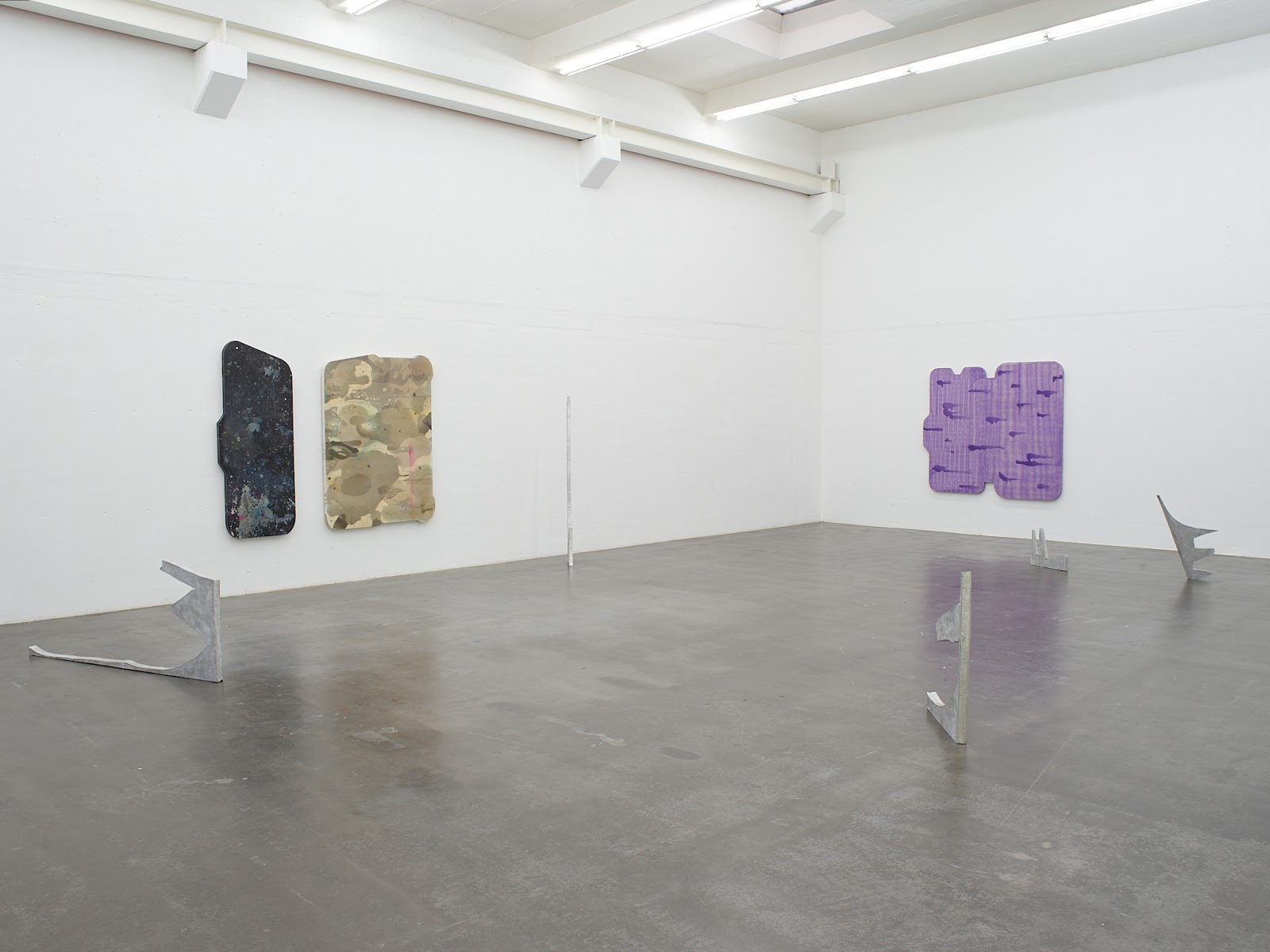 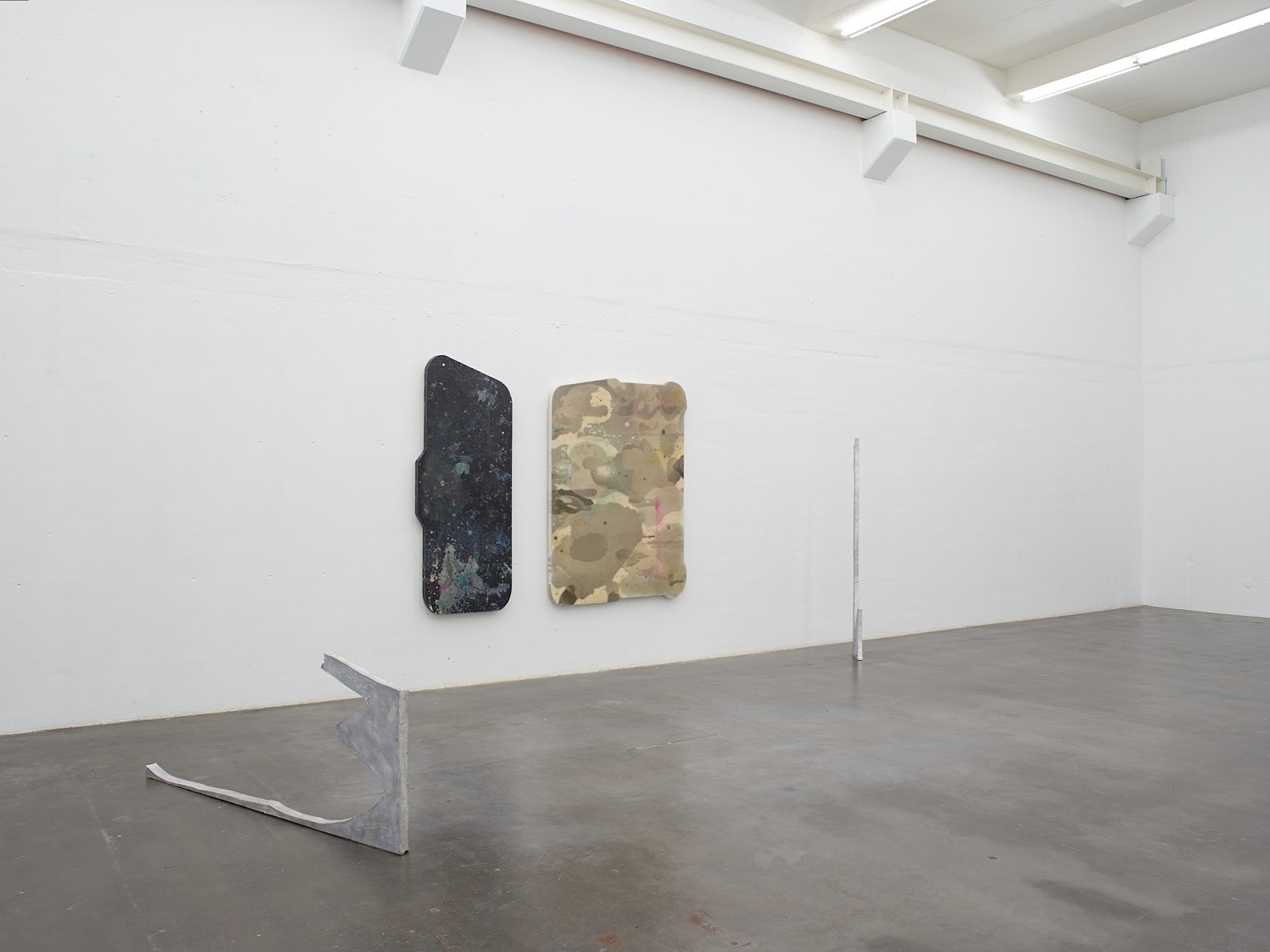 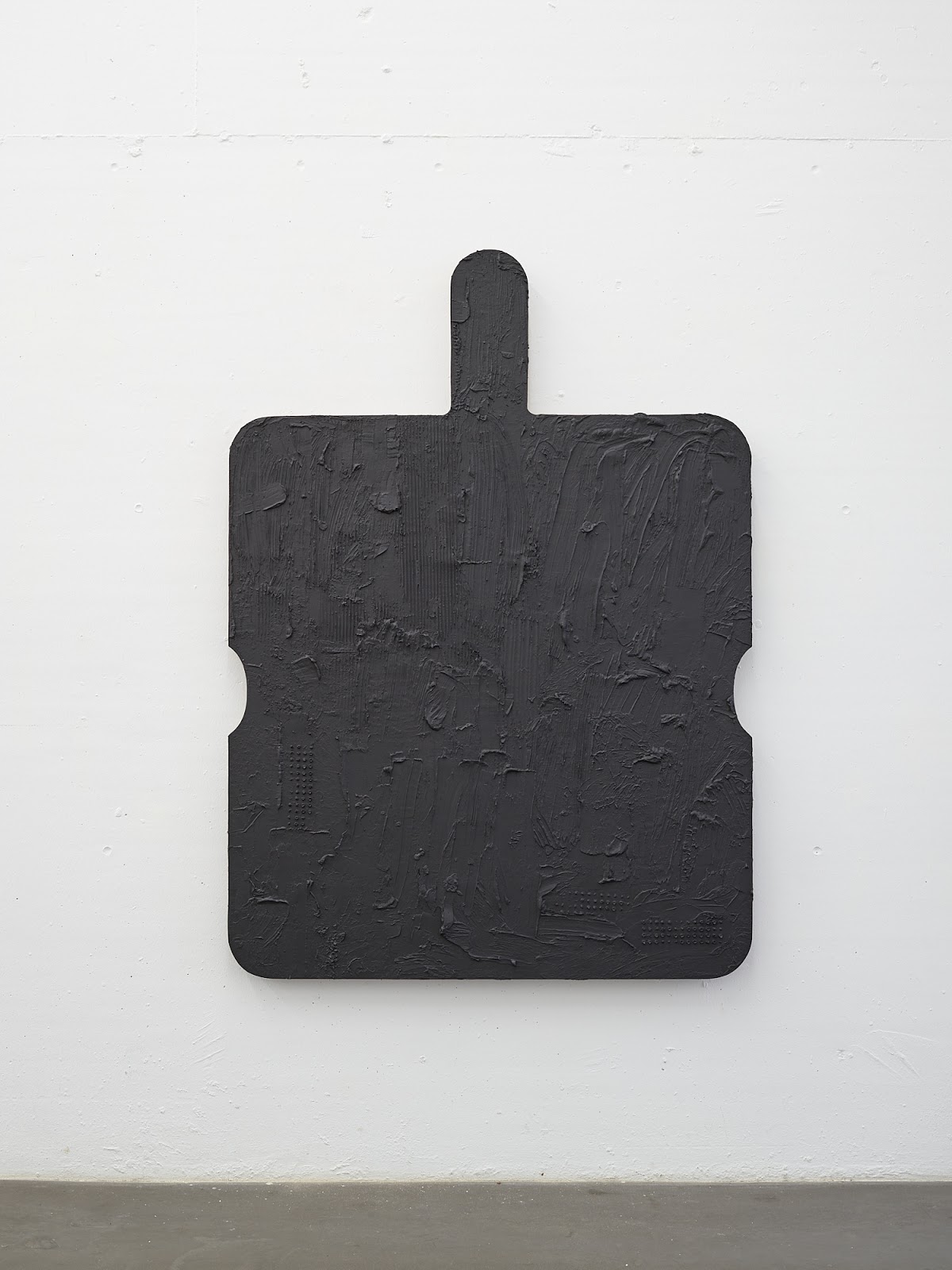 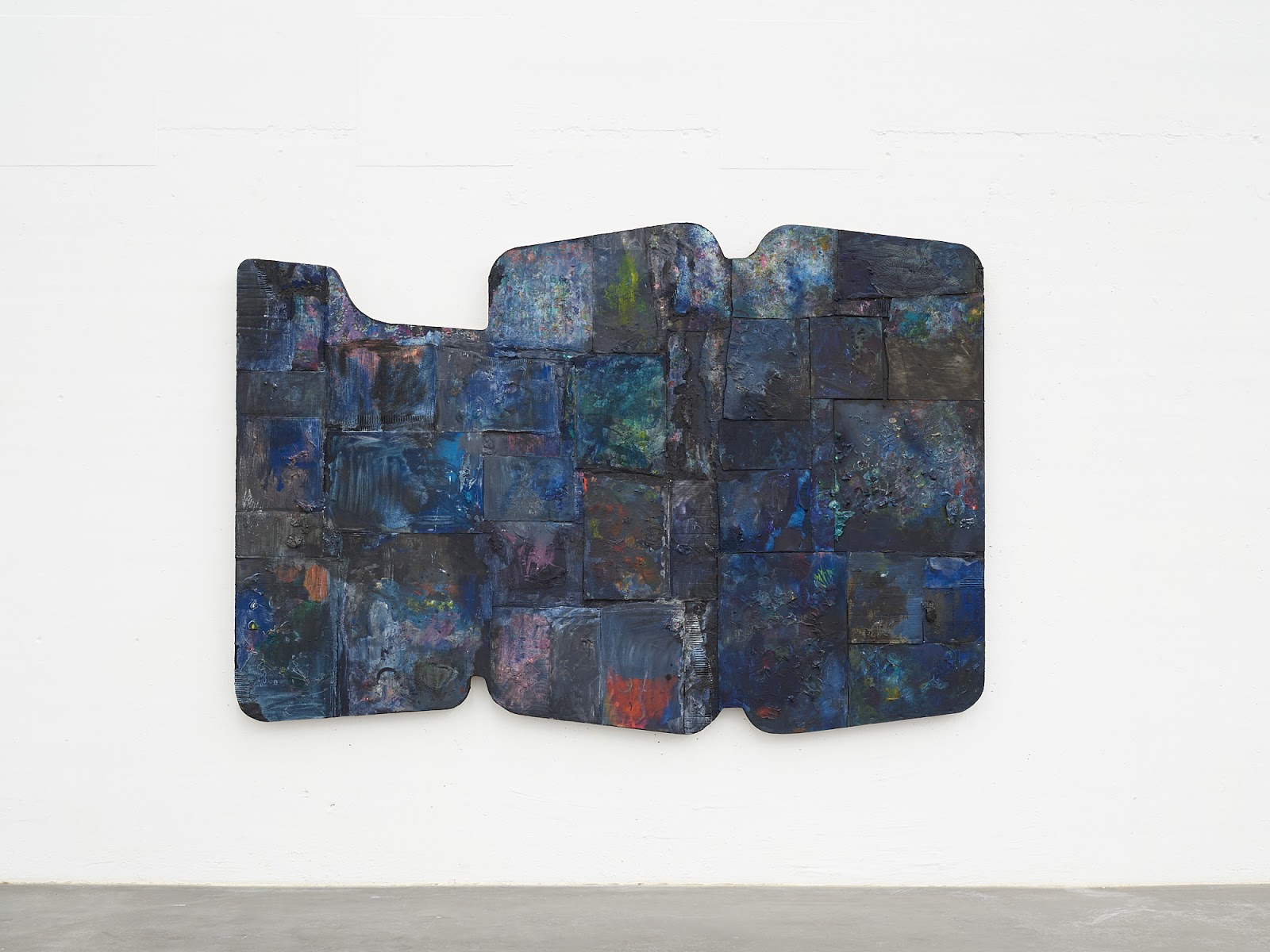 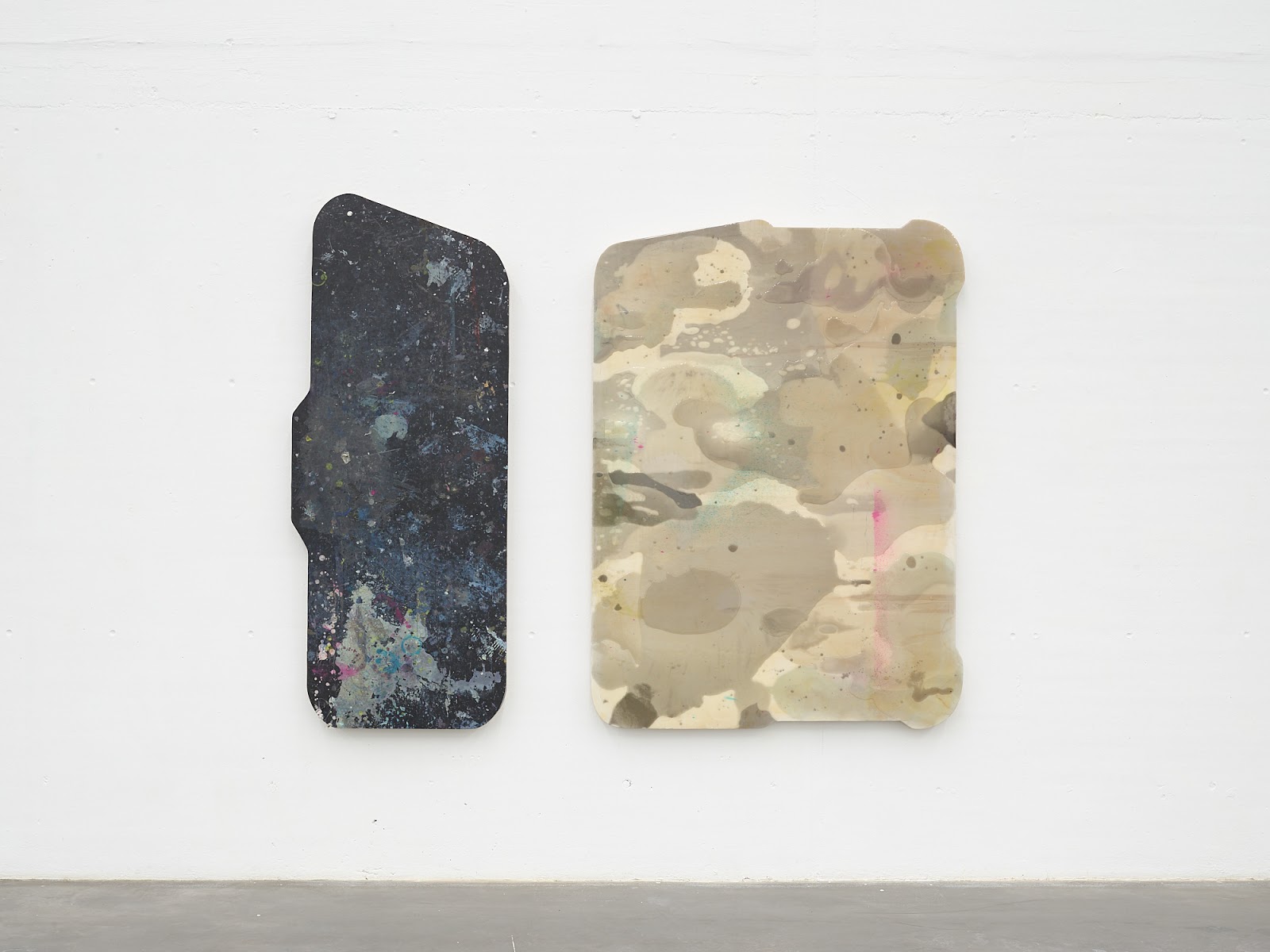 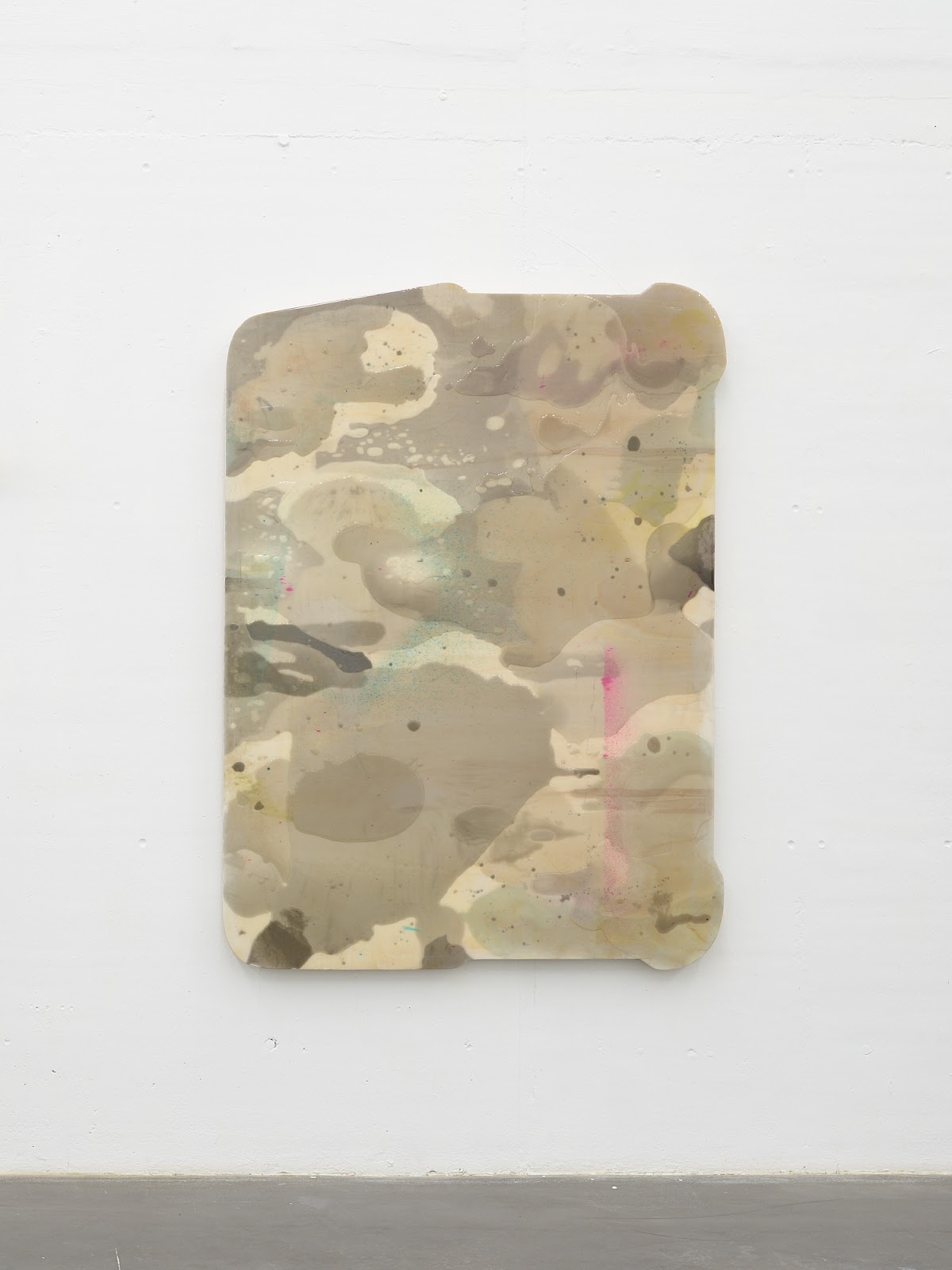 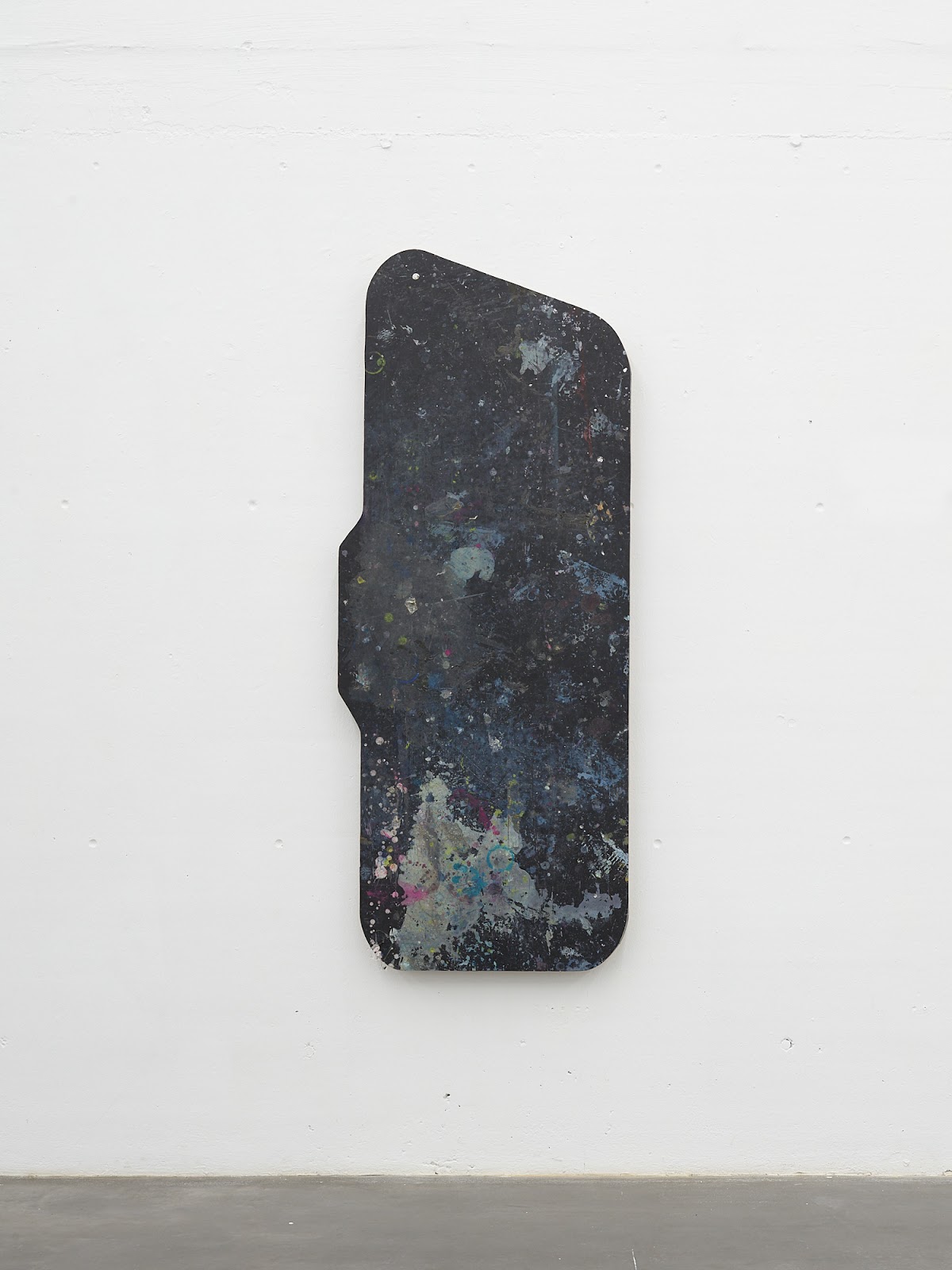 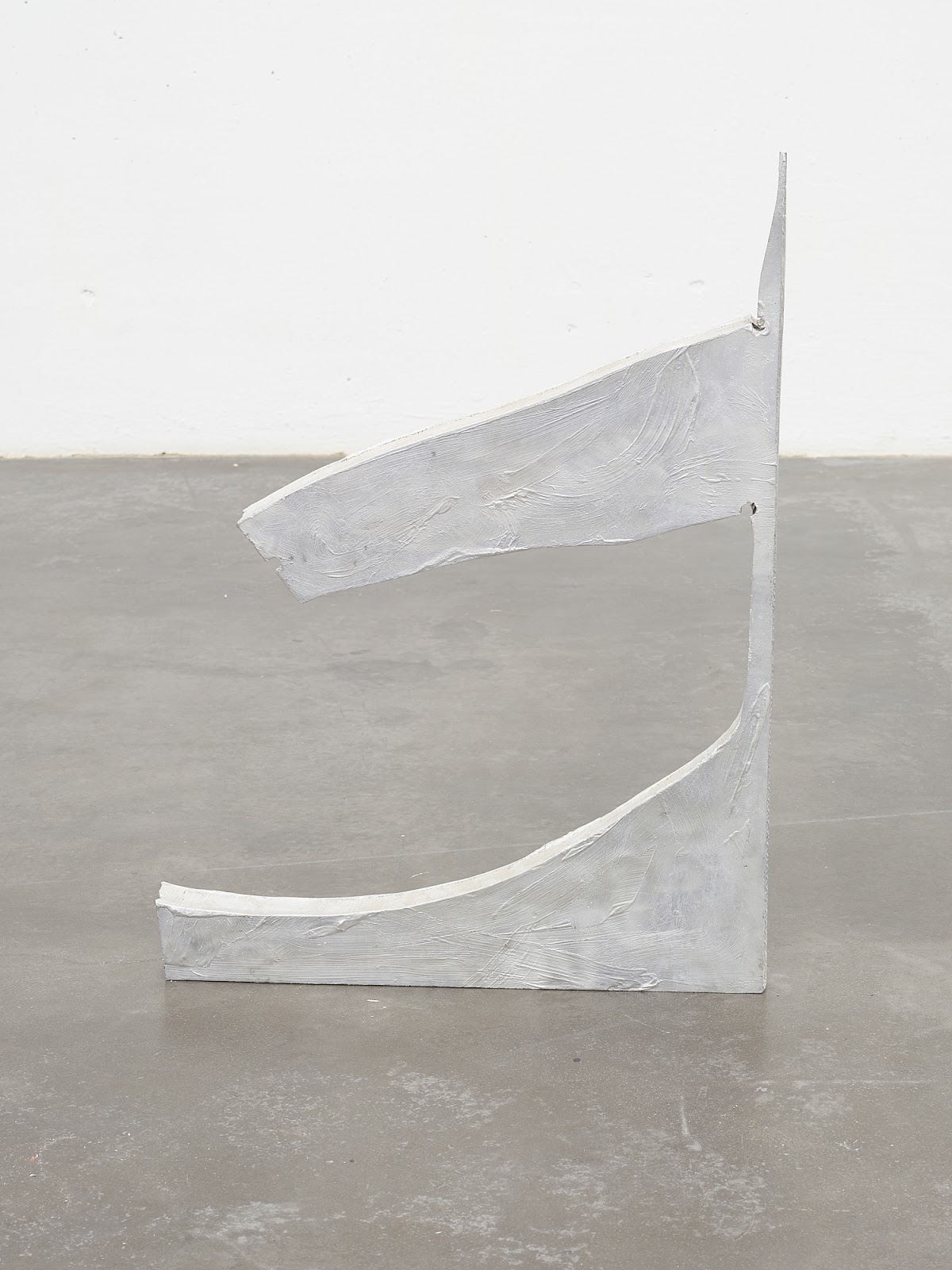 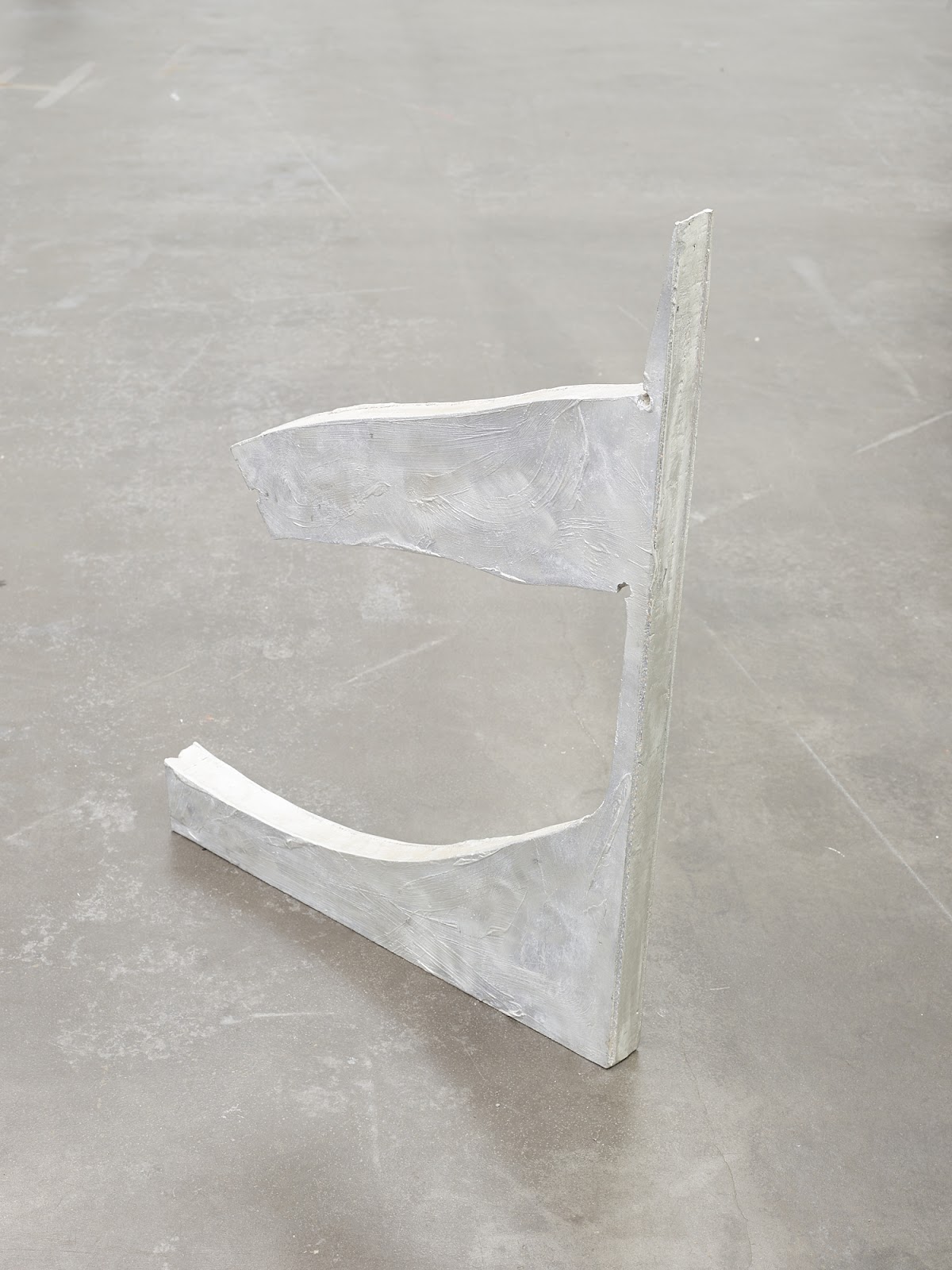 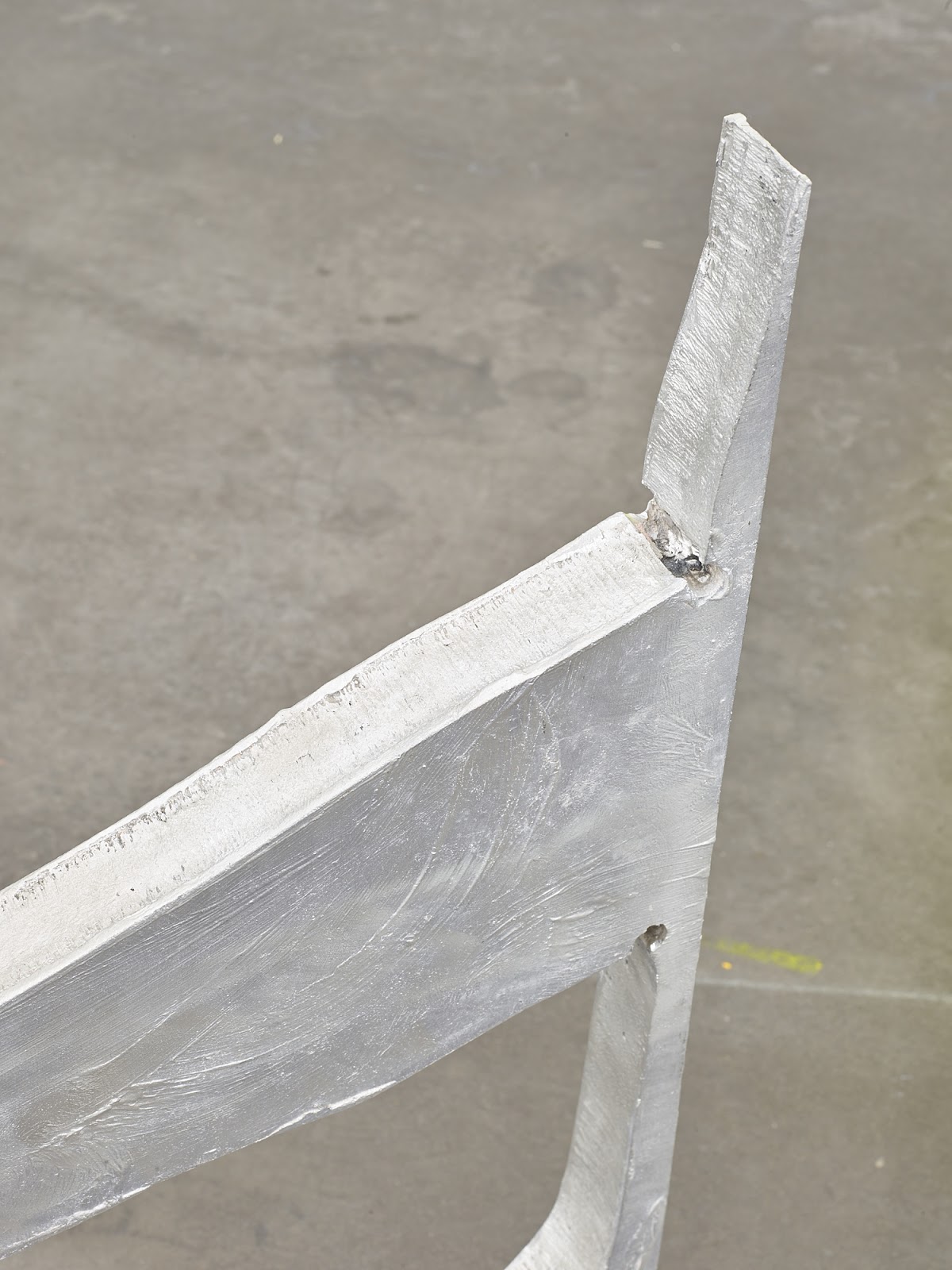 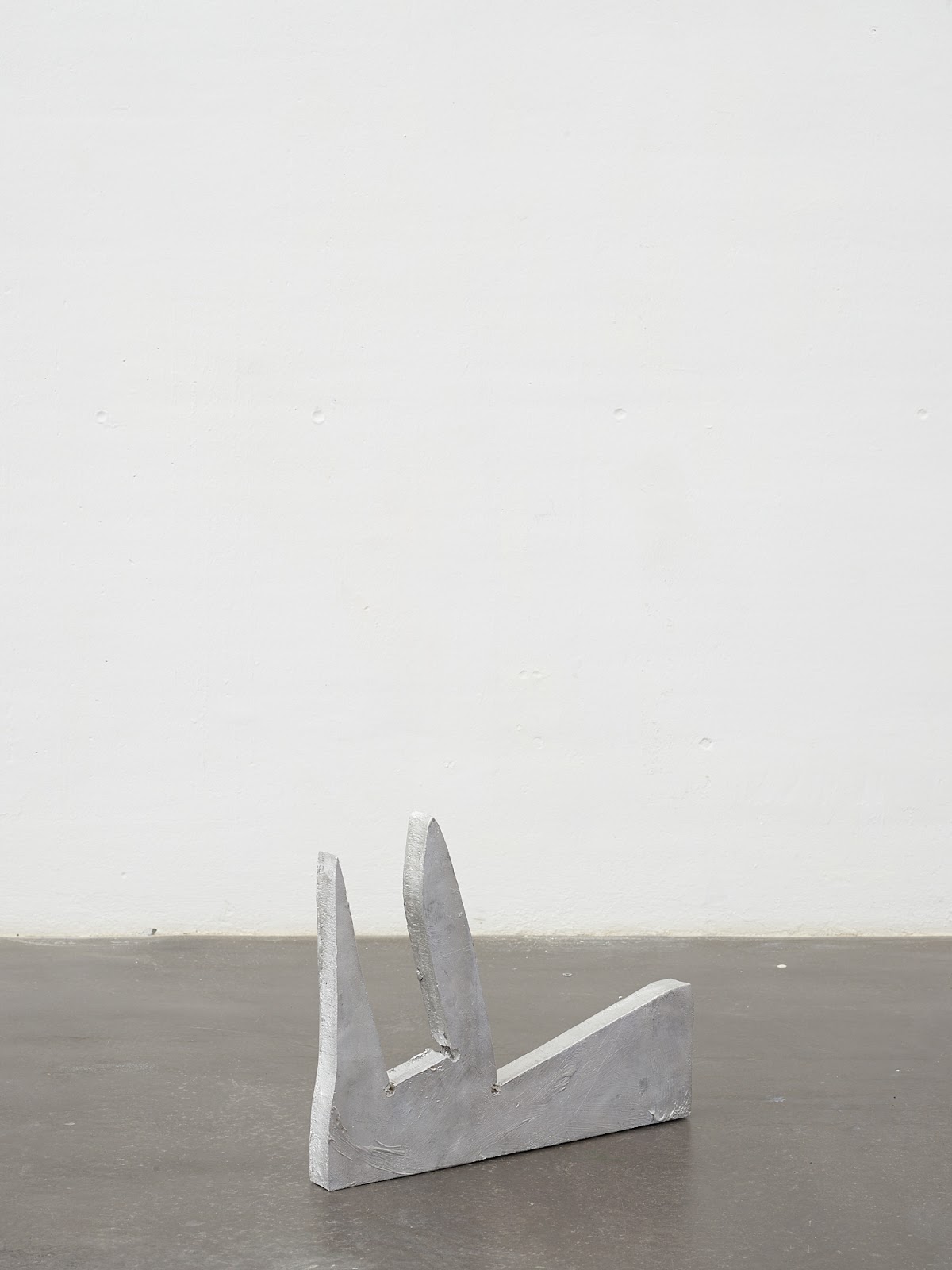 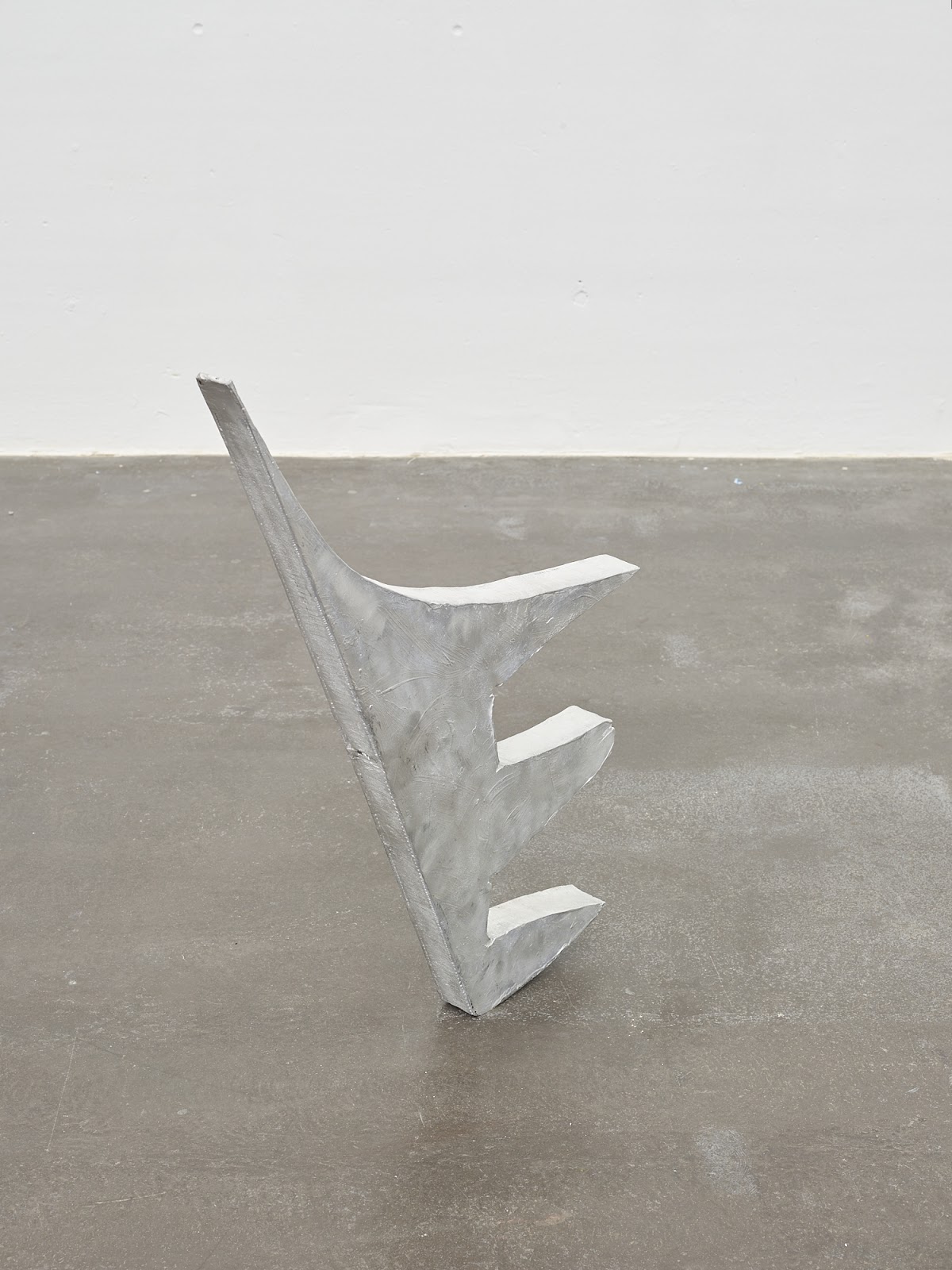 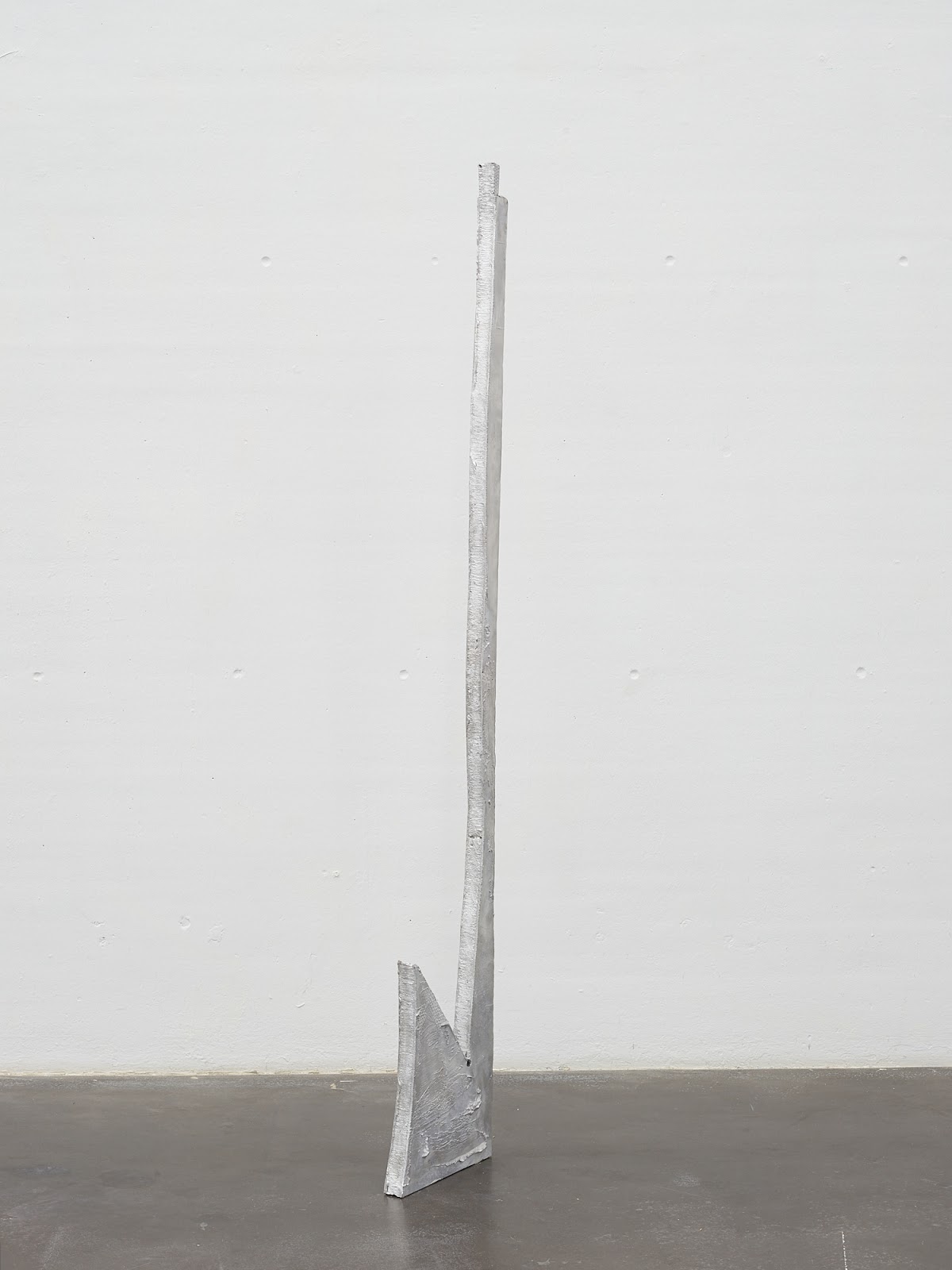 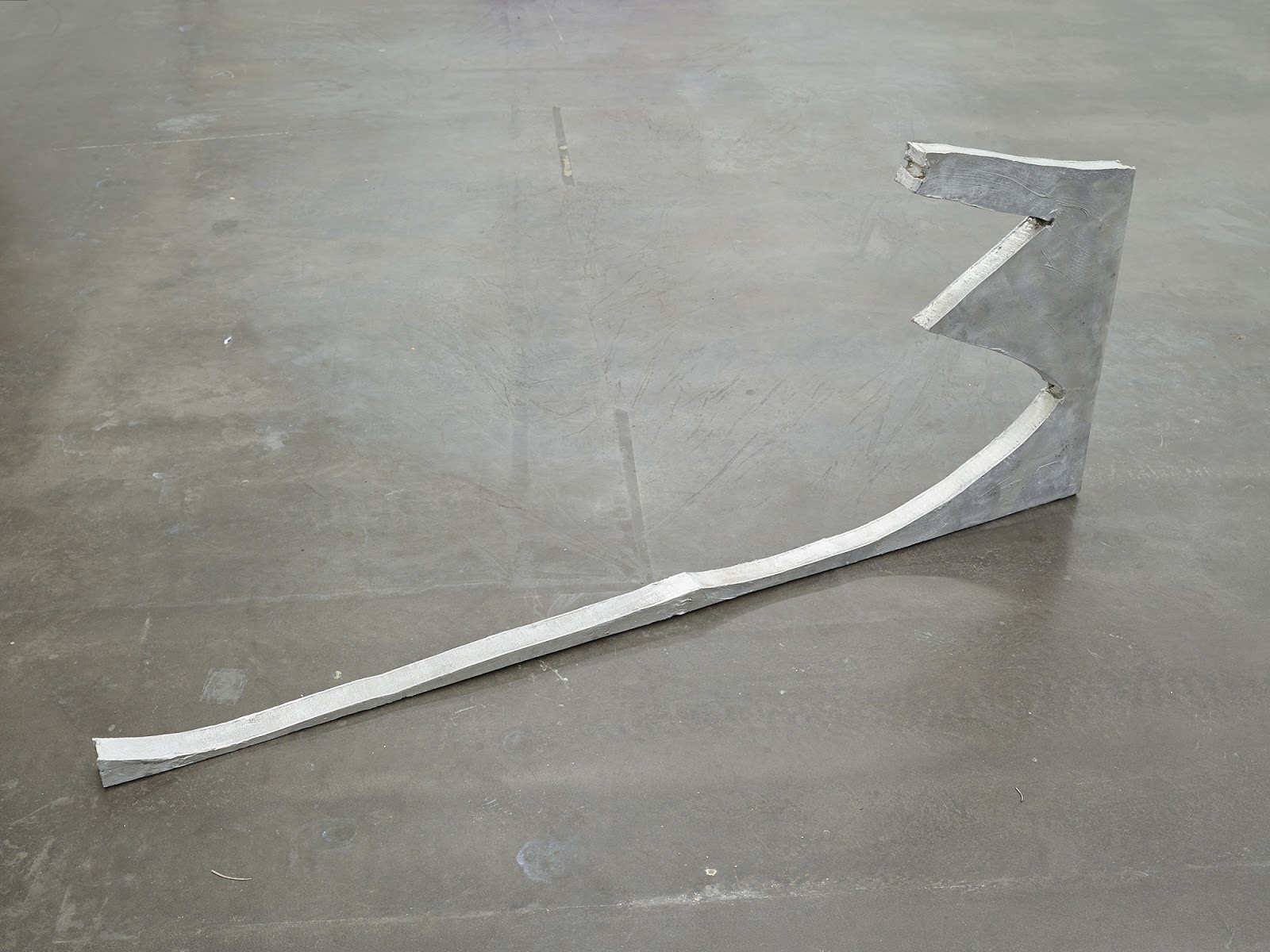 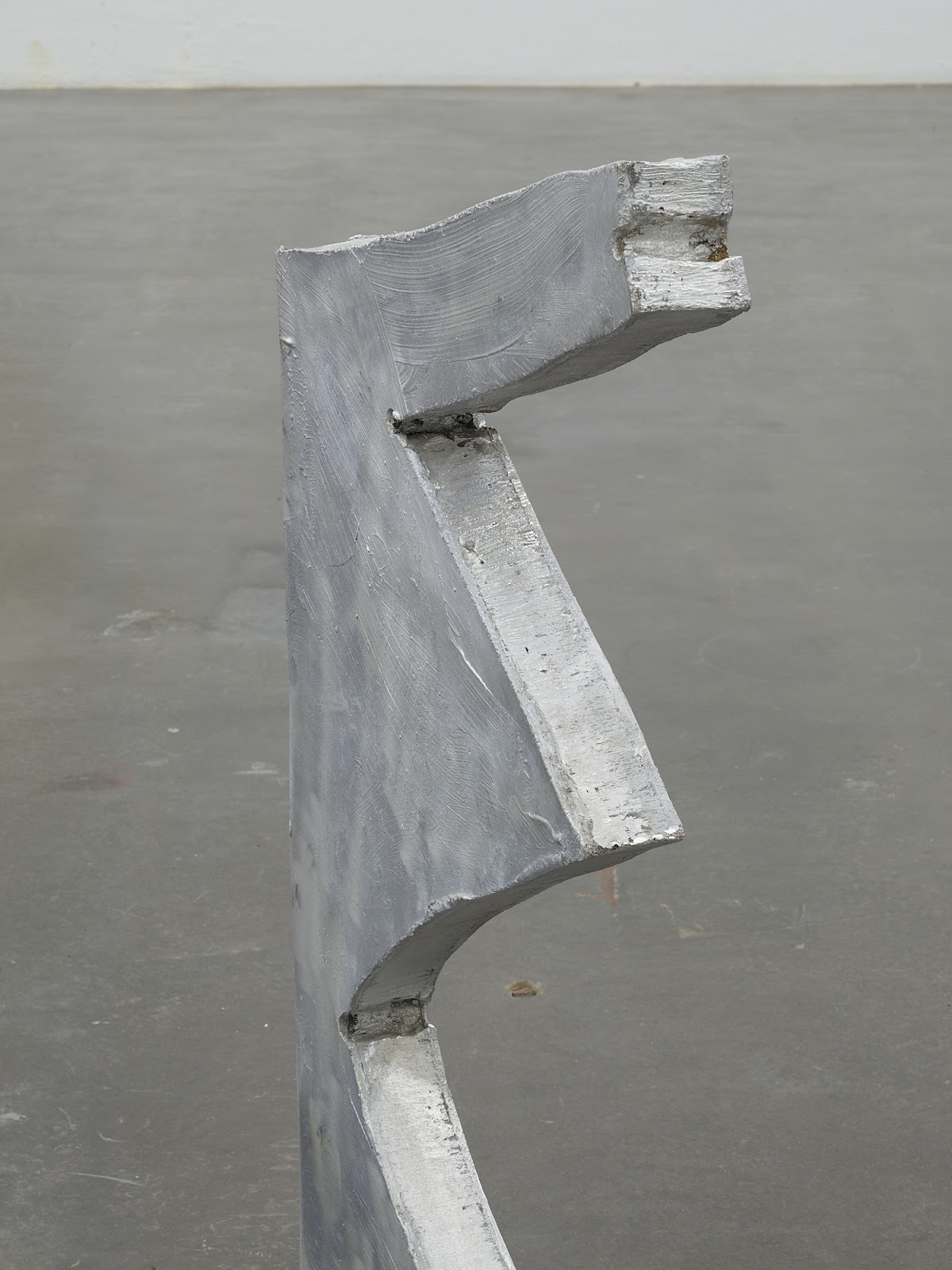 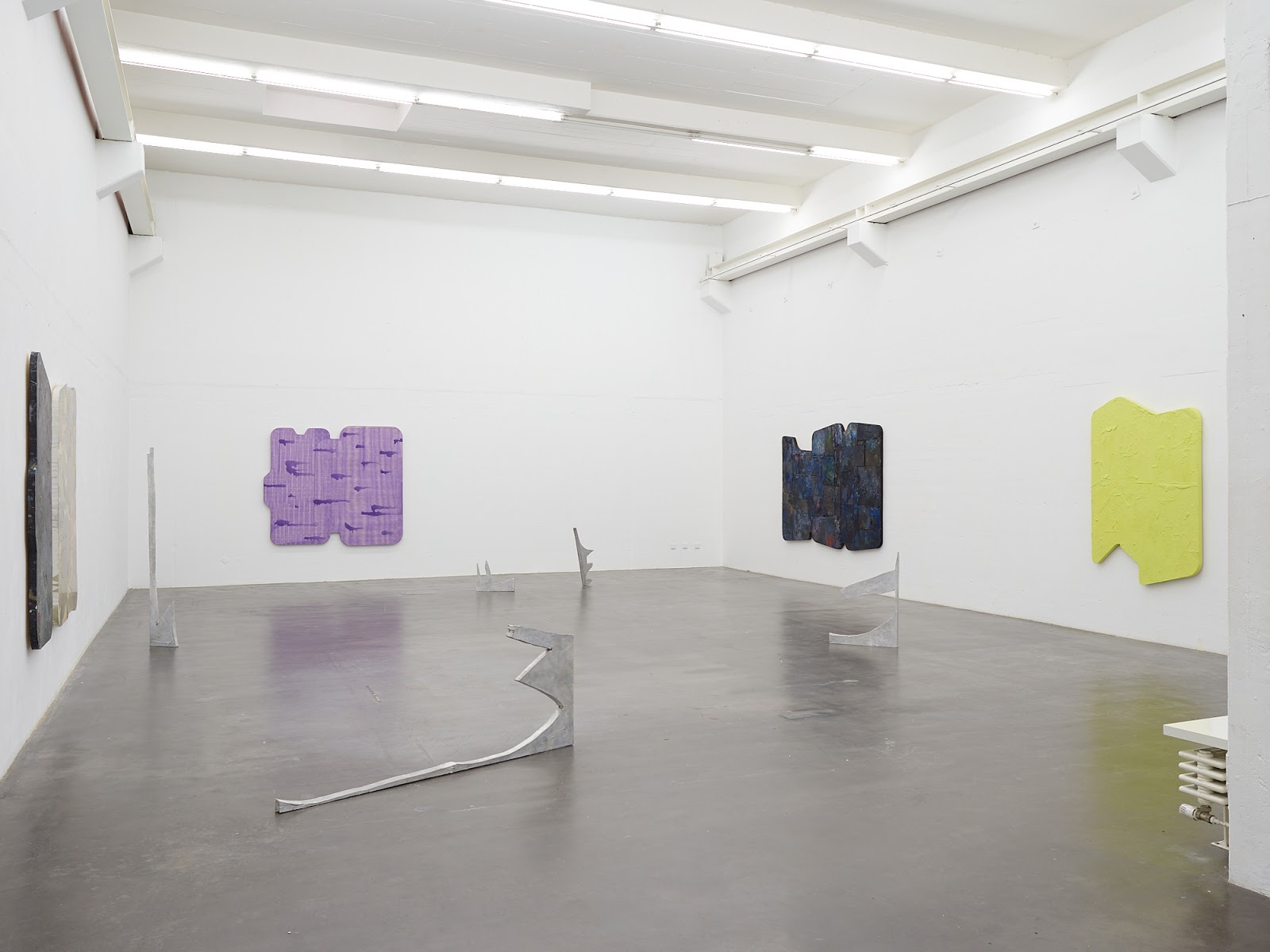 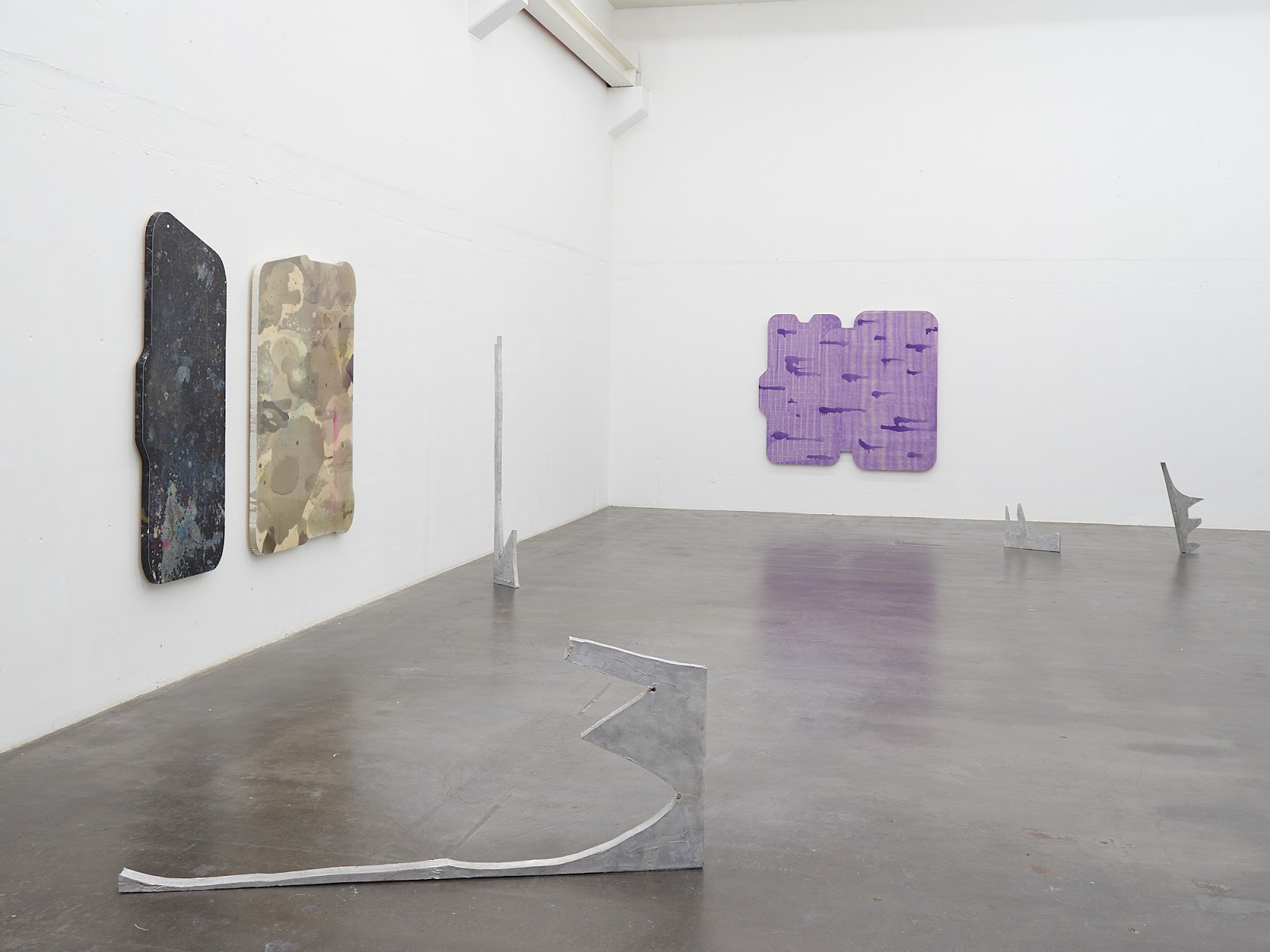 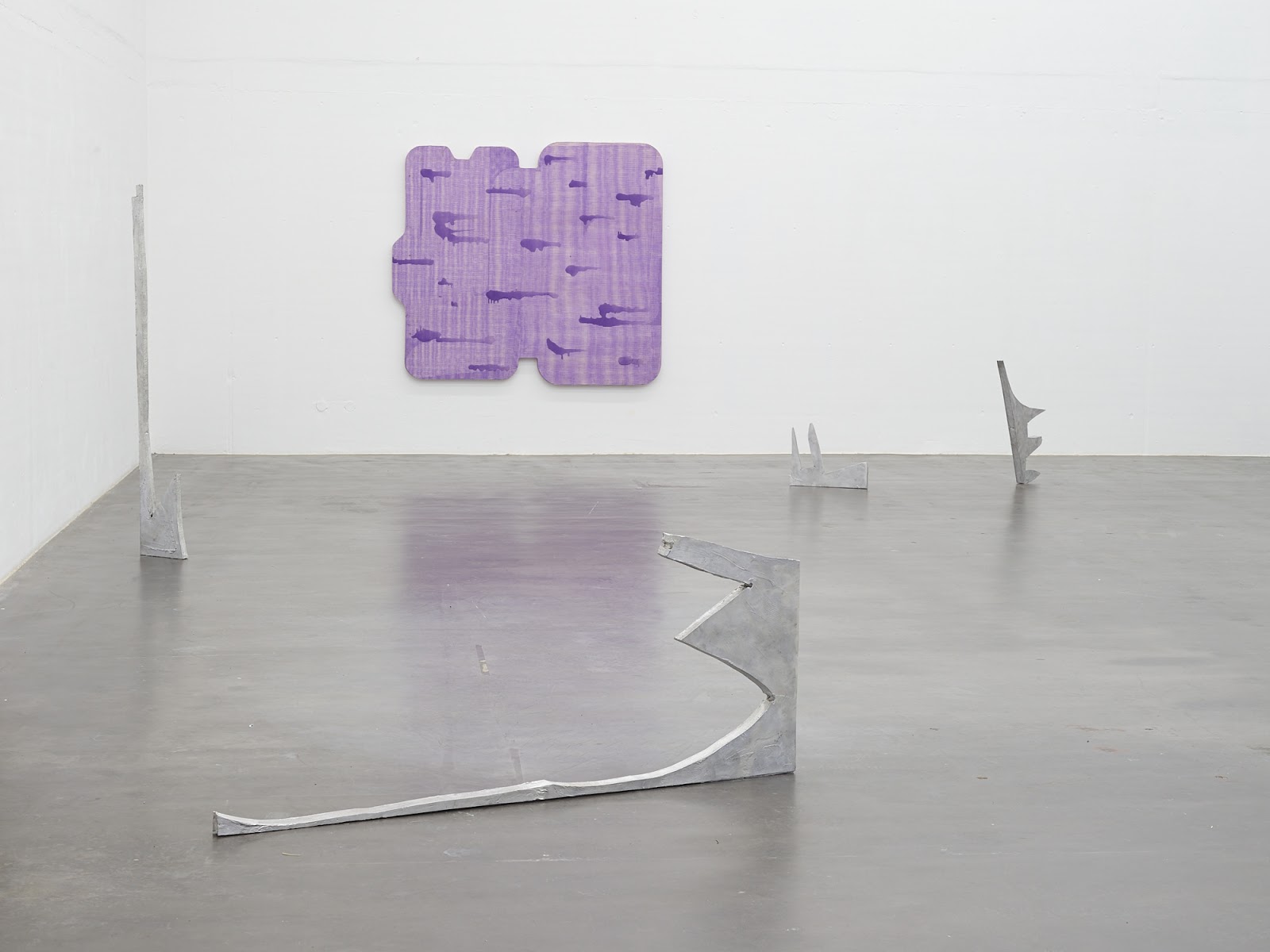 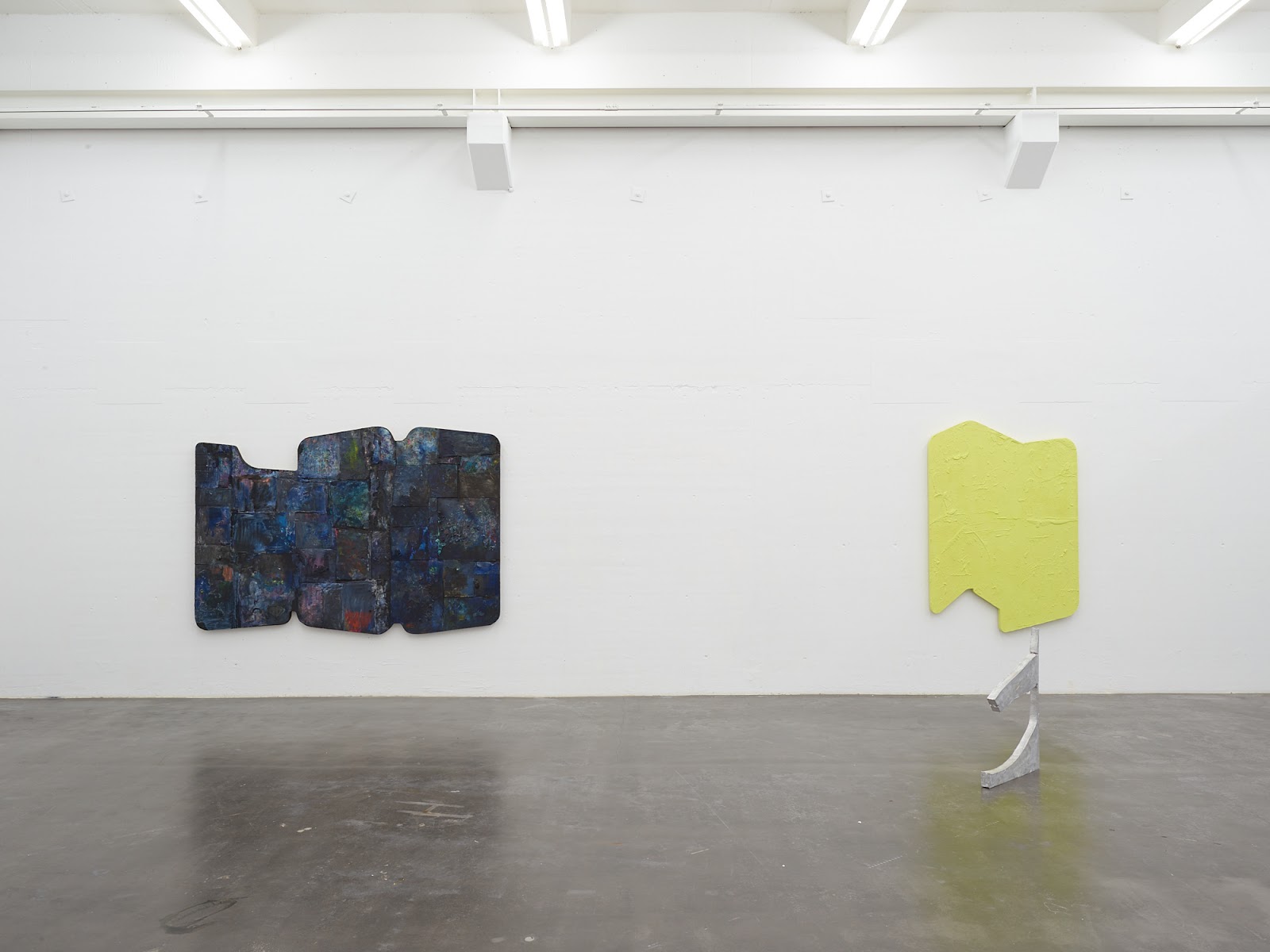 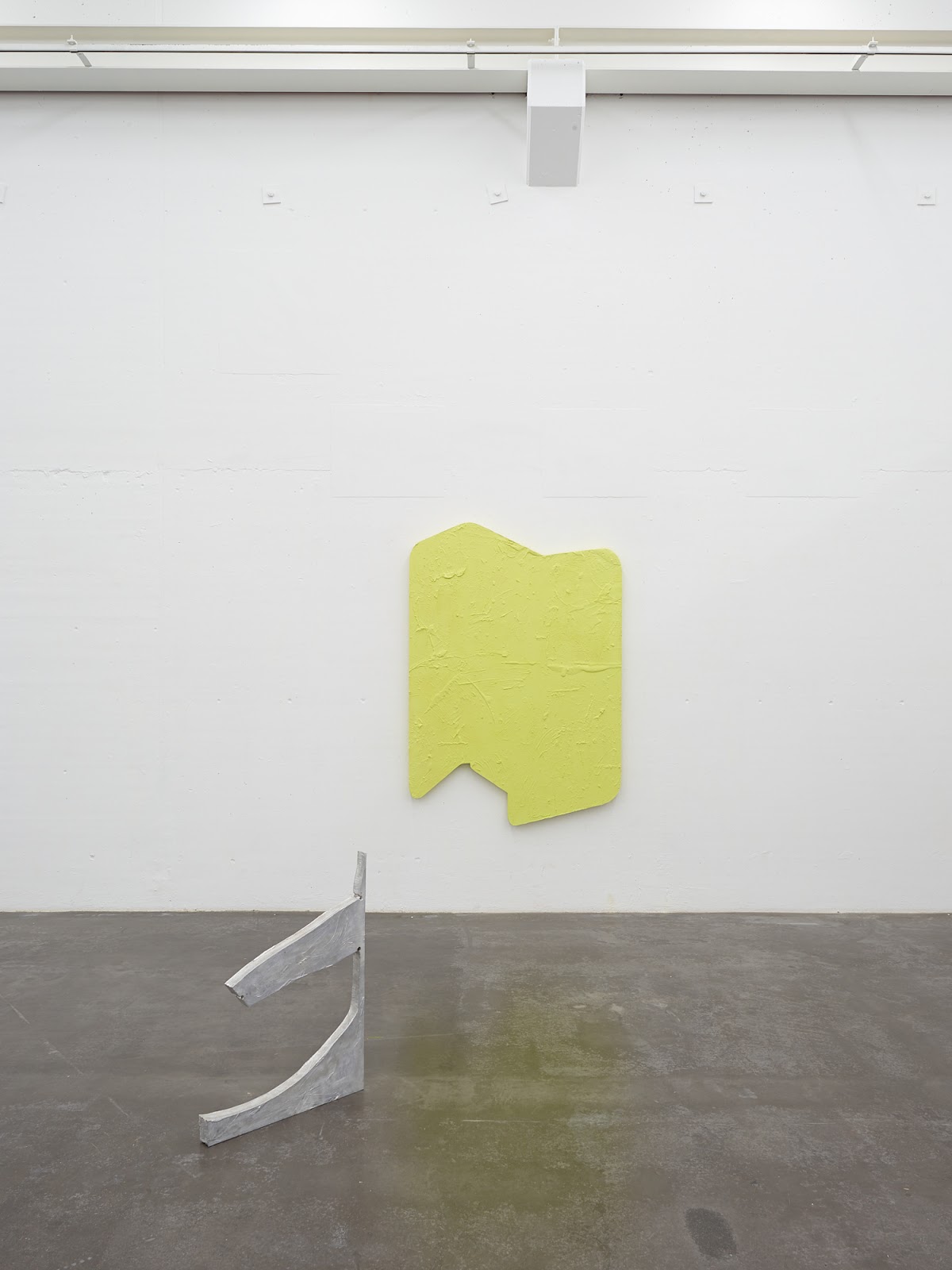 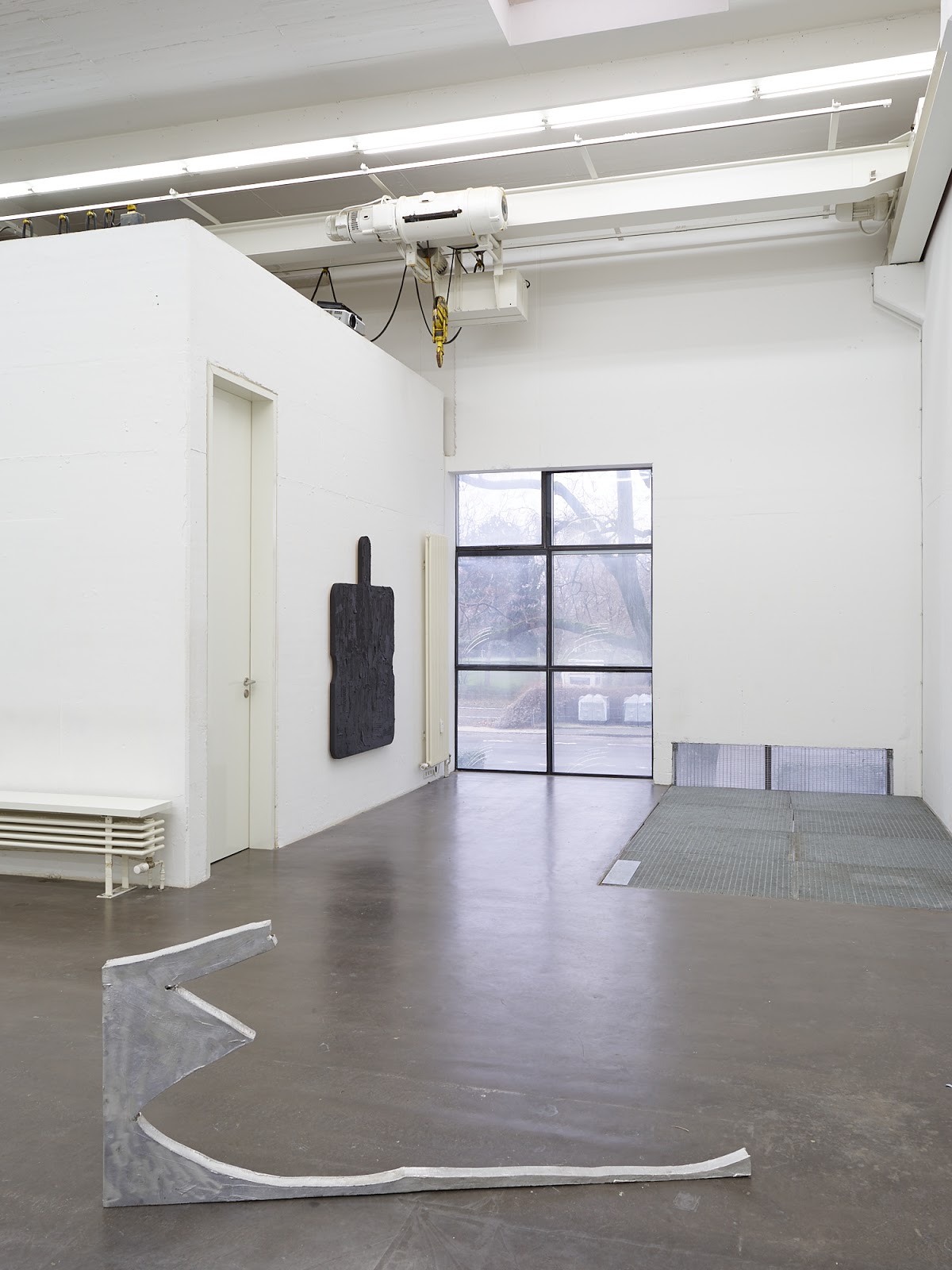 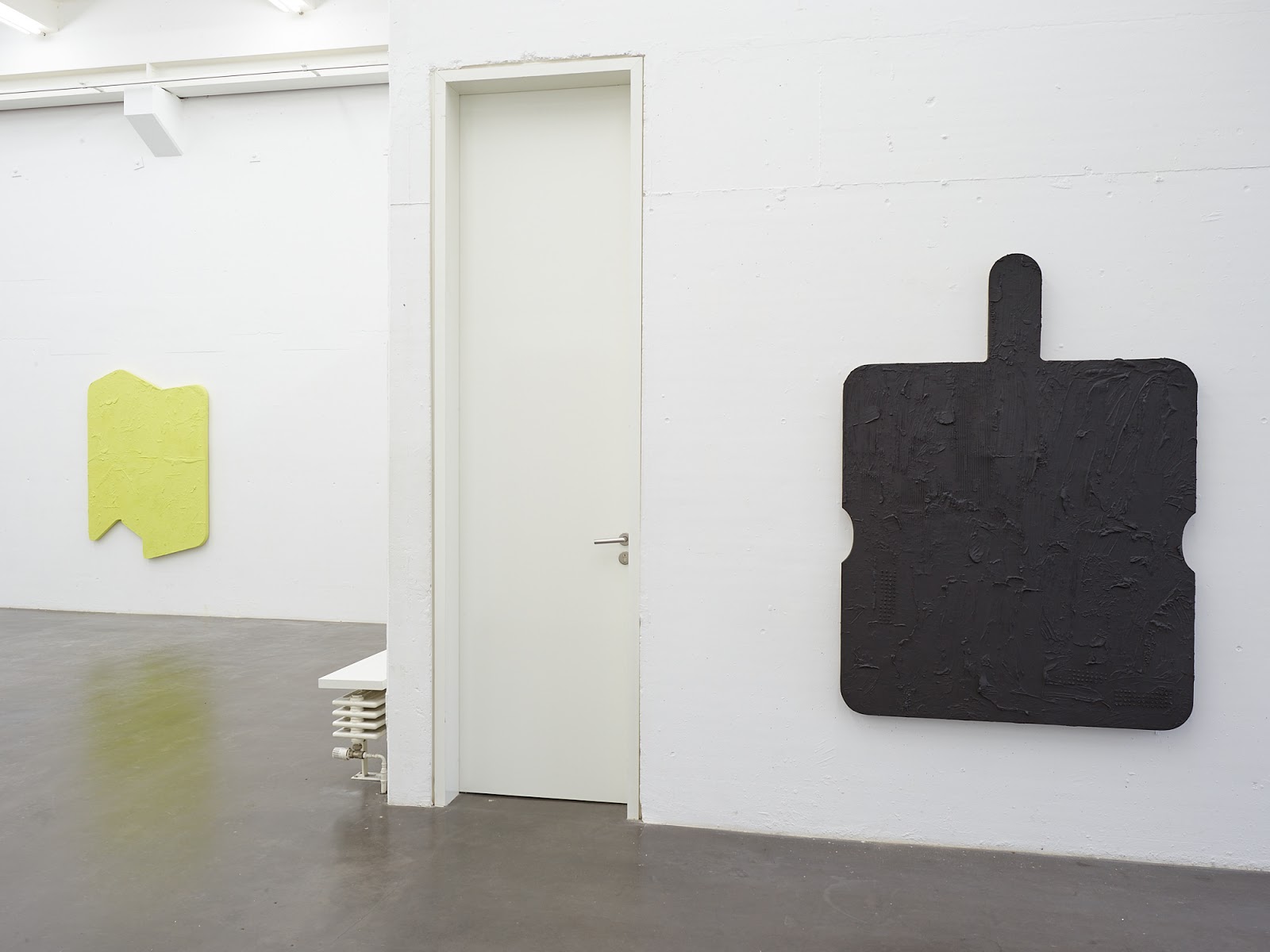 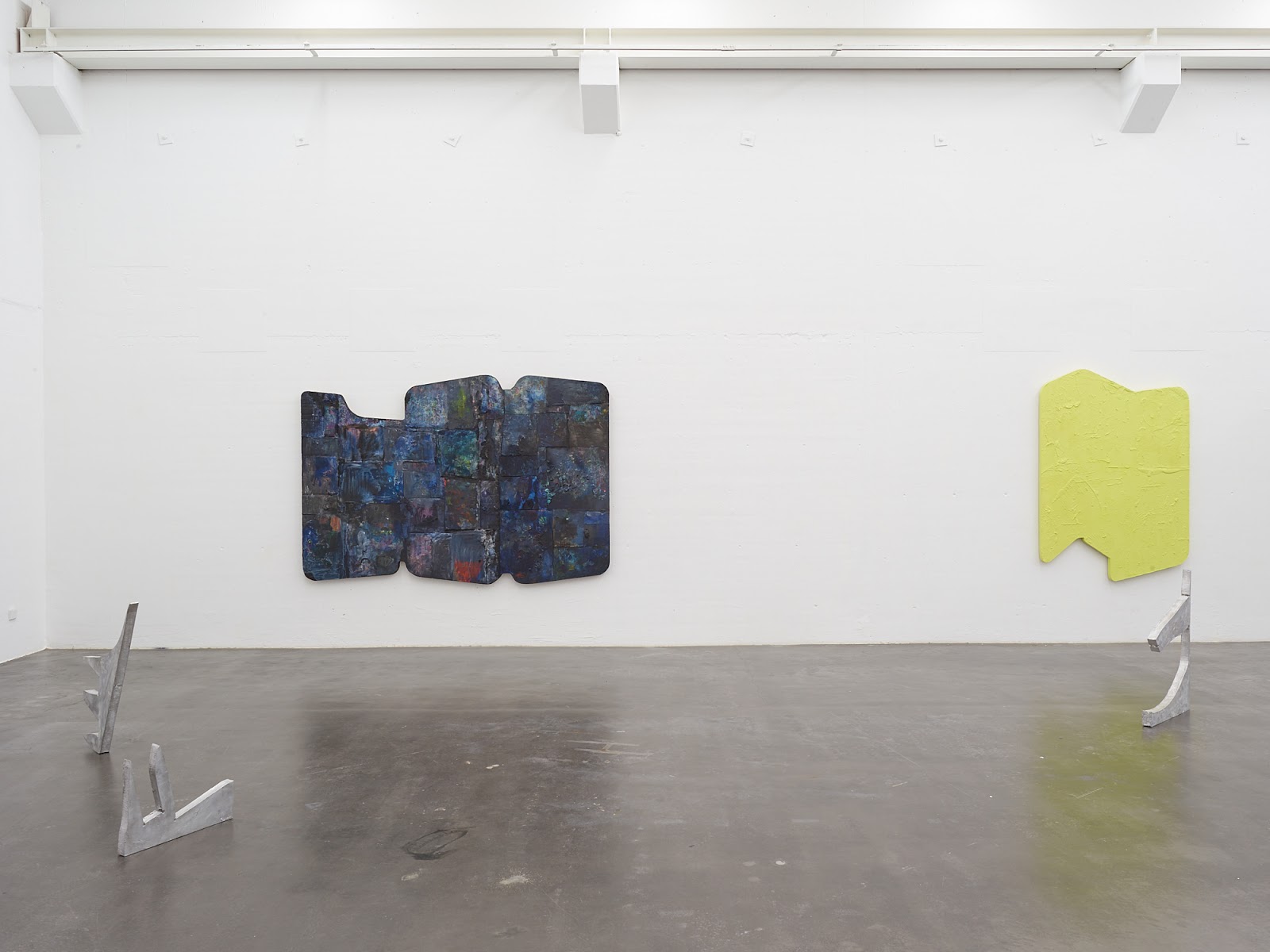 What should we do with the title Roma 275? Every thought, every possible reference to the eternal city is muddled by the ostensibly random numbering, which can hardly be associated with Rome in any meaningful way. Roma 275 sounds like a designation within a family of products, a denotation as a mere unit of order, which stands in an arbitrary relationship to that which it supposedly denotes. This is interesting in several respects for Penno’s exhibition of the same name. When contemplating his new series of wall objects, their peculiar shapes immediately catch the eye. They are not – as they never are with Penno – shaped canvases. This quickly drawn terminology obscures more than it illuminates, for first of all, no canvas is used here; second, the works are hastily categorized as paintings, which they perhaps do not even strive to be; and third, and most important: since Stella, shaped canvases have transferred the assertion of an inner tension, an inner vitalism, to their outer edges in a kind of energetic model, whereas in Penno’s work it becomes a shoe. Obviously, the forms of these wall objects does not result from the surface, but rather seem to stand on their own, to come from a different context. They are probably cropped images of commercial goods, commodities, the dimensionality of which, already levelled by photography, becomes even more graphic, even flatter when reduced to the outer edges. The form as found footage now provides a surface that initially means a reduced spatial extension of an object that can no longer be reconstructed. In this respect, here, as in the product name Roma 275, an arbitrary relationship between form and surface is indicated which, in this case, however, instigates an activity that perhaps strives to fight against the unrelatedness of arbitrariness. For Penno acts out the traces of dimensionality, which play into the surface via the contours, within the surfaces, almost as if, contrary to Stella, he wanted to define the interior from the edges. Using coloured plaster, fibreglass mesh, paint-splattered linoleum or cardboard strips which serve as pallets, he builds up the surfaces, which are always reminiscent of painting supports, but consistently work against their own flatness. The permanent self-quotation of the painterly facets within his own practice – the remains of pallets, painterly markings in plaster or plays with moiré with the help of mesh – undermines any one-sided reading by suggesting that the passage from the surface into space is by all means reversible. Even more interesting, however, are the loops, which thus become visible in Penno’s works and working method: He does not exclude waste, by-products, and collateral processes, but rather feeds them back into production at later points in time. The completely splattered linoleum floor of the studio becomes a pictorial surface, while the cardboard pallets are subjected to a process of refinement. What was cut away during the creation of older works will later be returned to the exhibition space as a cast, which once again opens the theme of surface/space. In this ‘sculpturisation’ of former cut scraps of image carriers, however, it almost seems as if no frictional energy should be lost. Penno is not concerned with upcycling or sublimation per se, but always with a complicated preoccupation with indexicality beyond simple moments of derivation such as traces and imprints. In this respect, the technocratic title Roma 275 possibly stands for the problem of a disconnectedness that stands on its own, which is not based on a before and on which no after can be built.