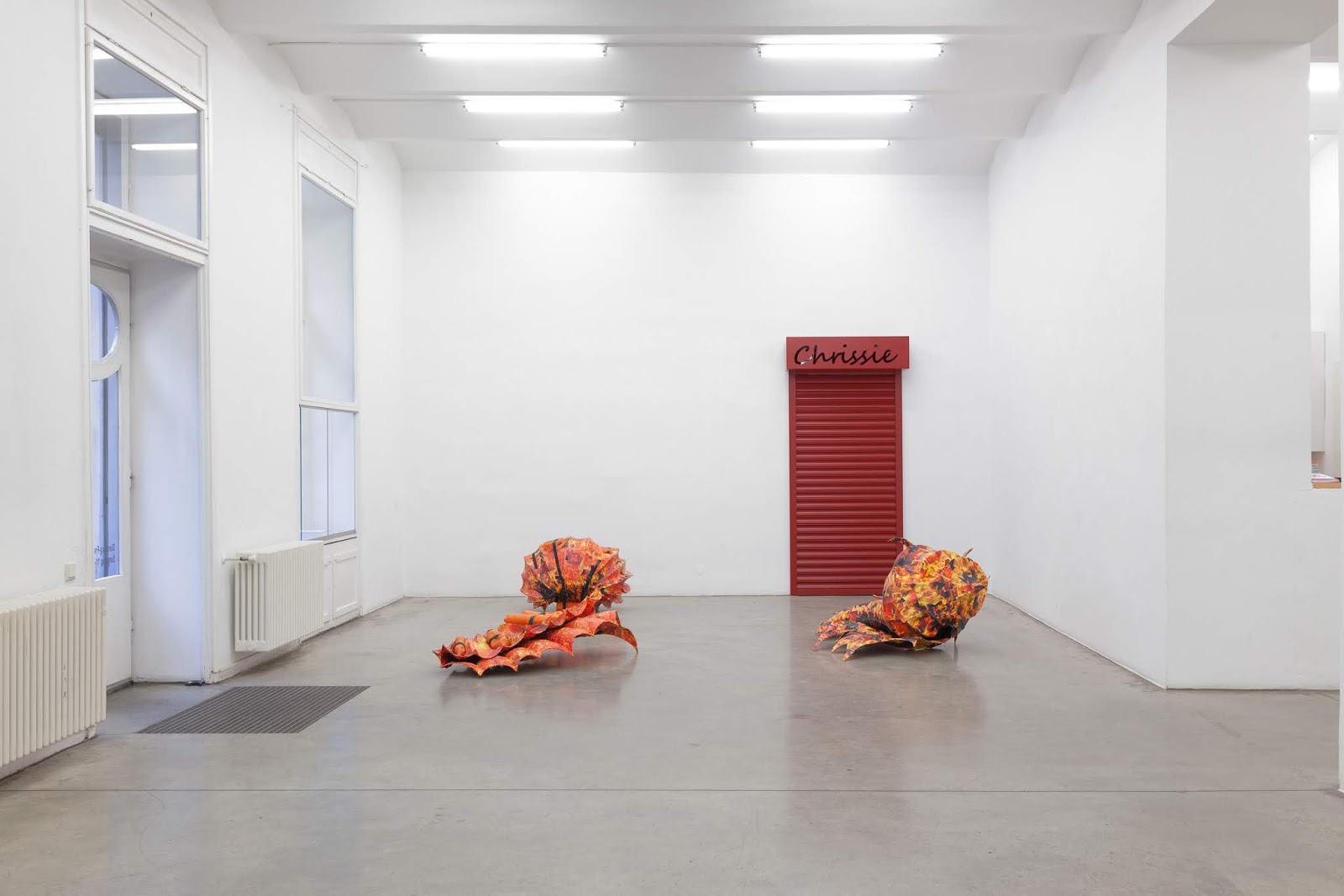 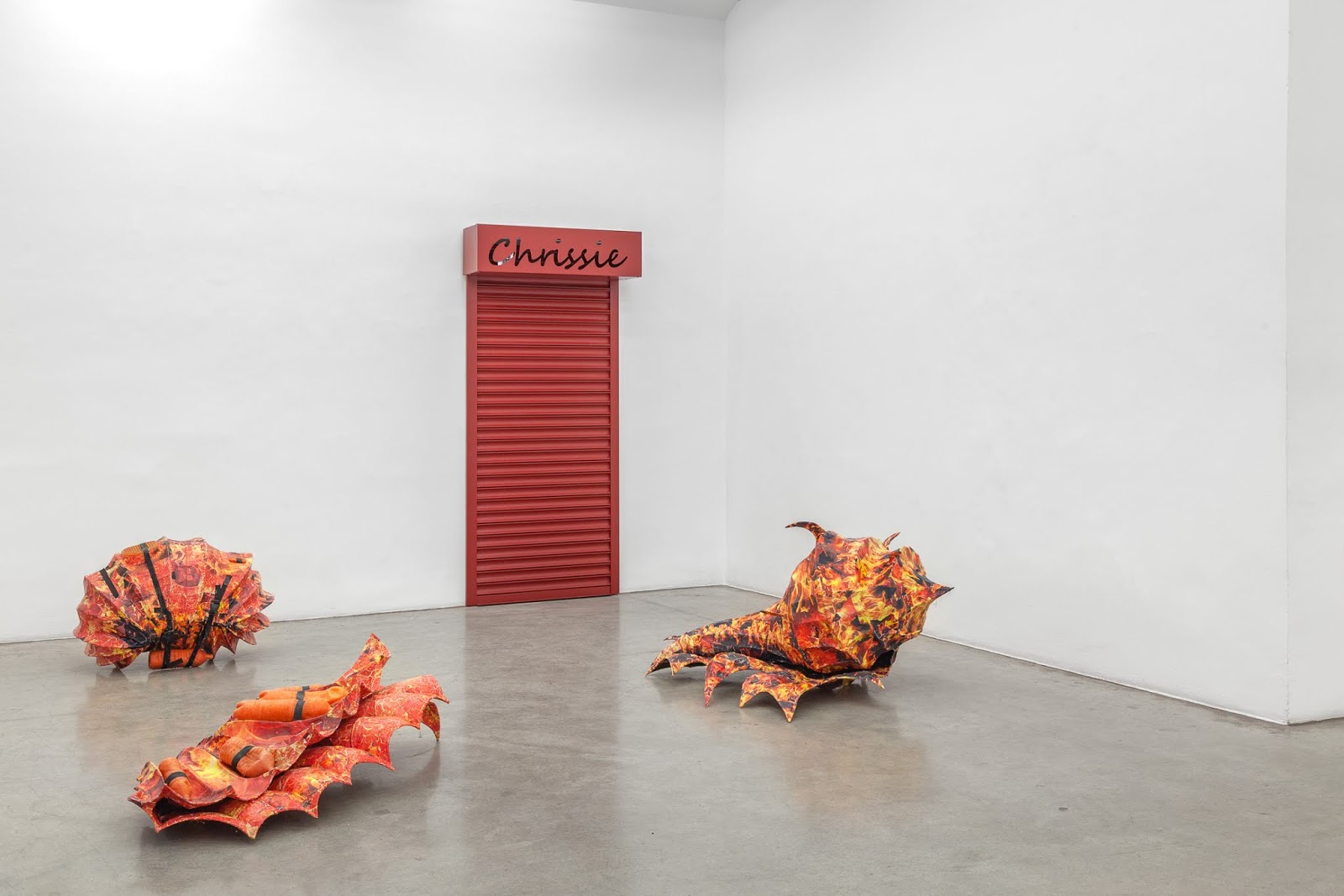 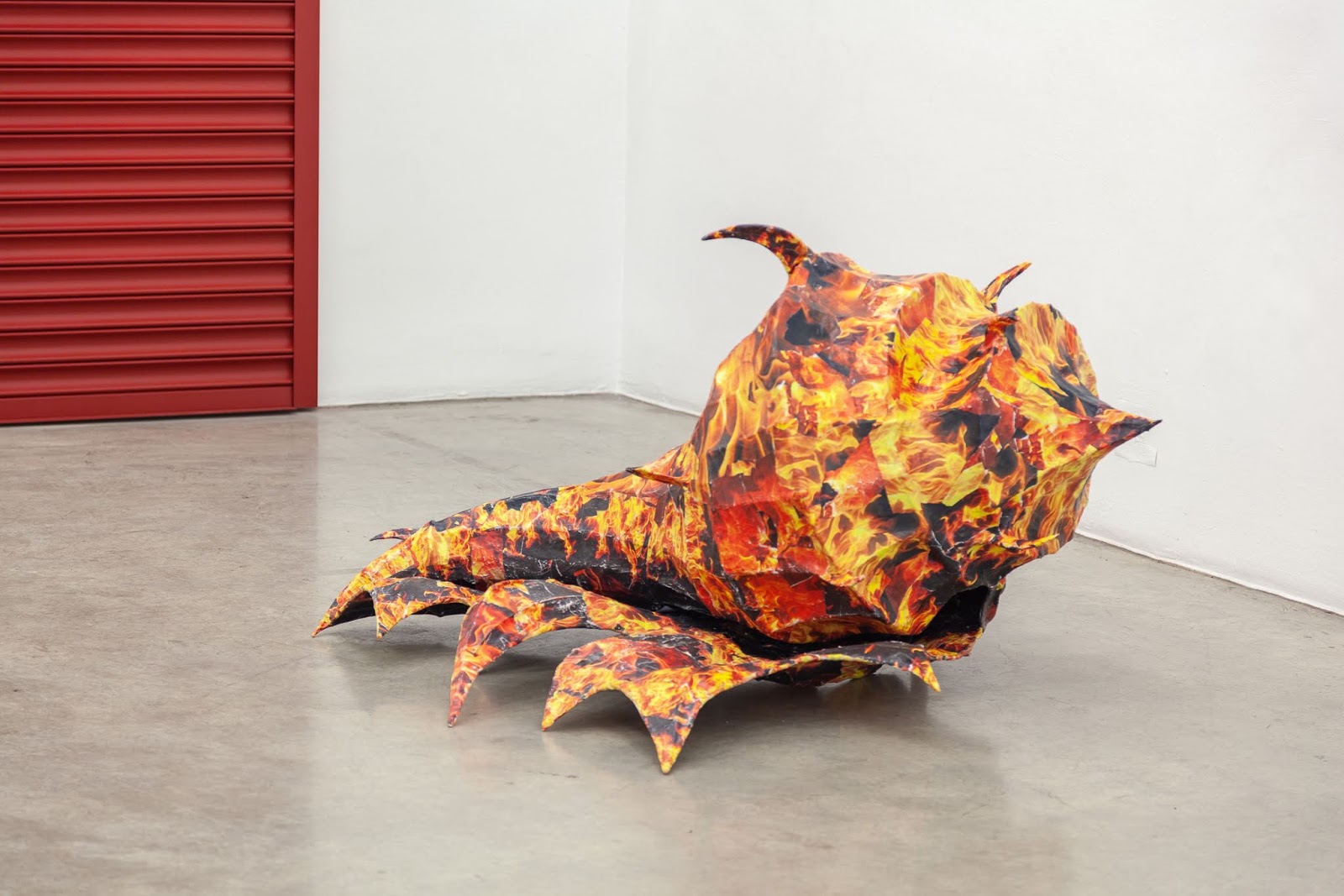 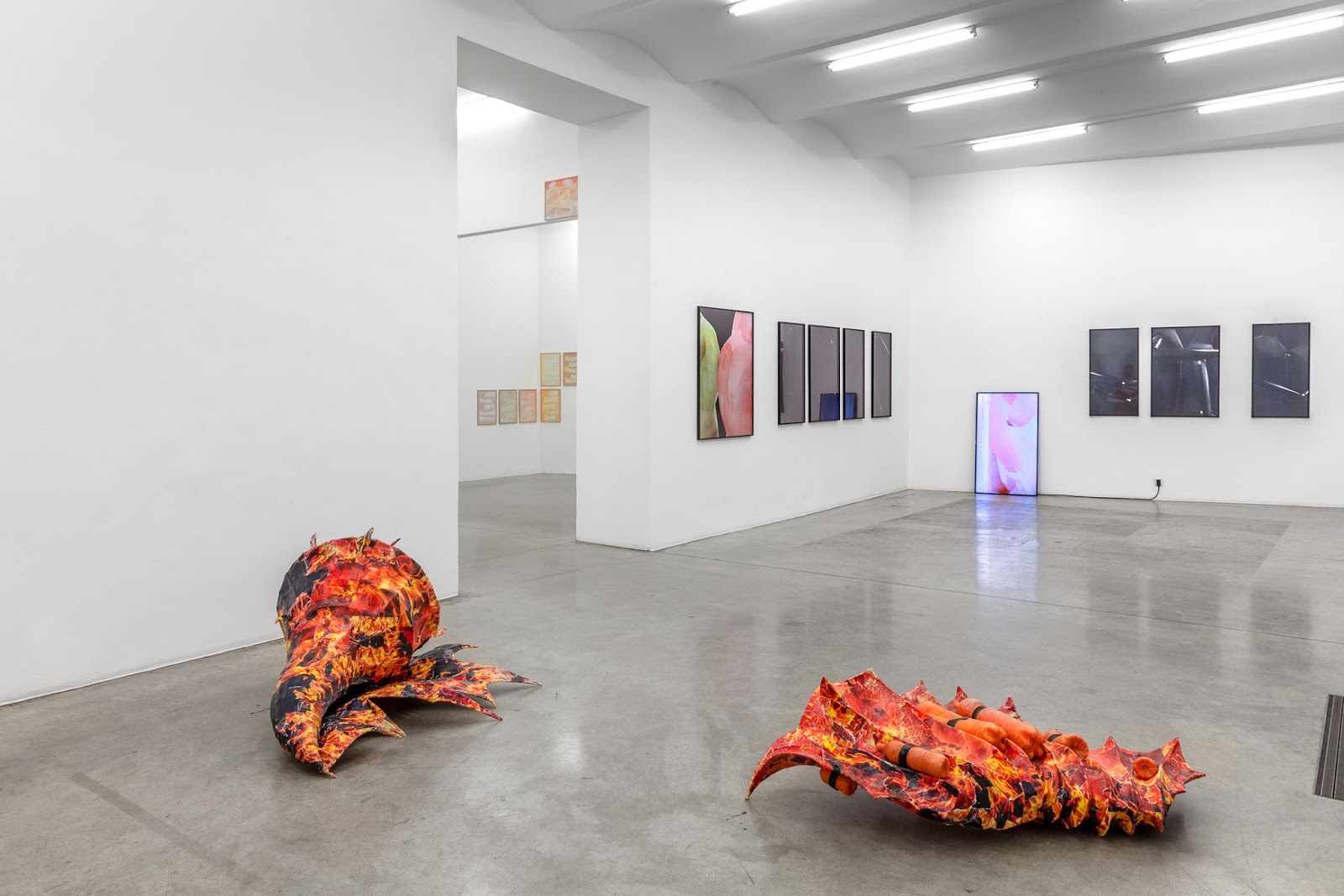 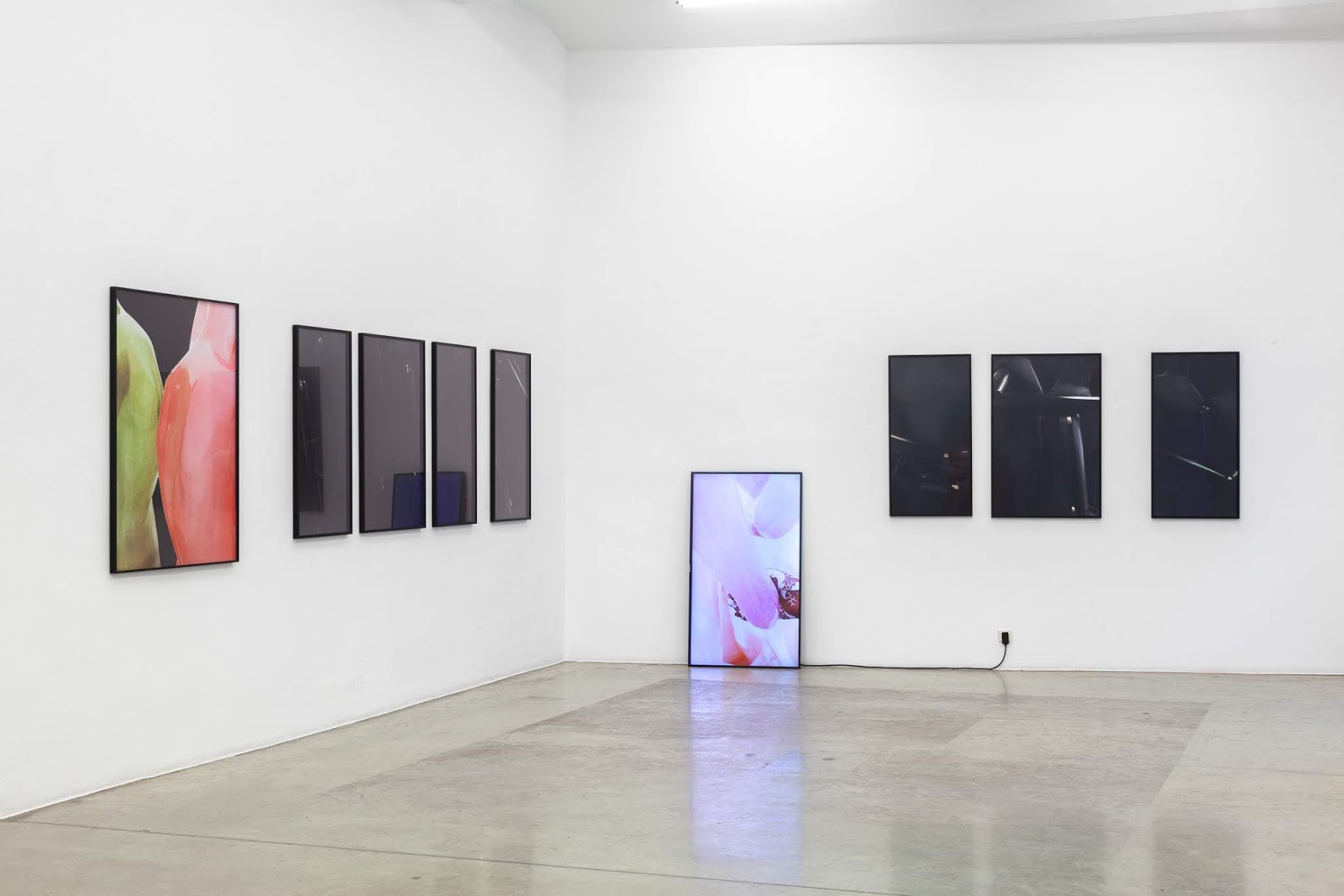 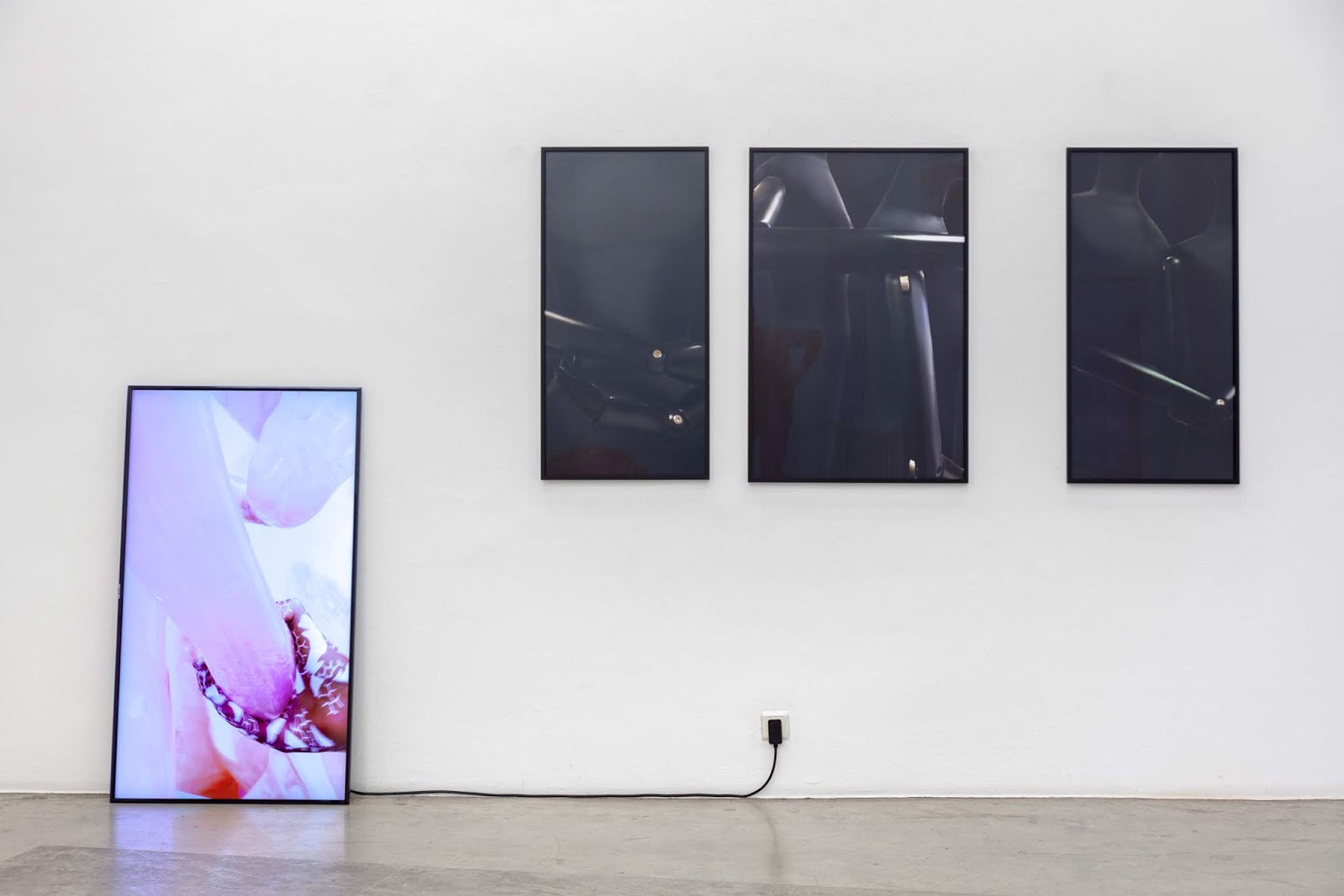 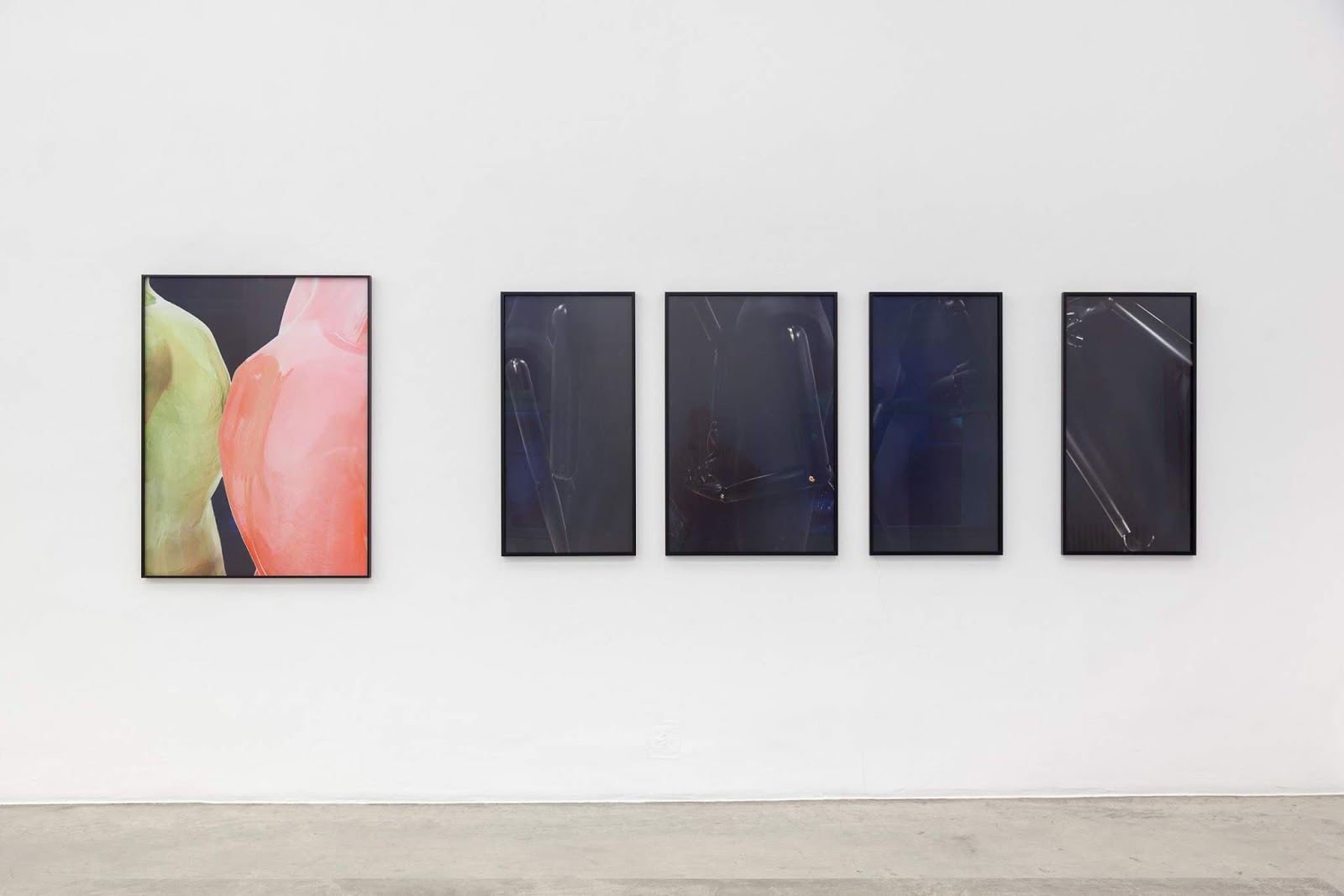 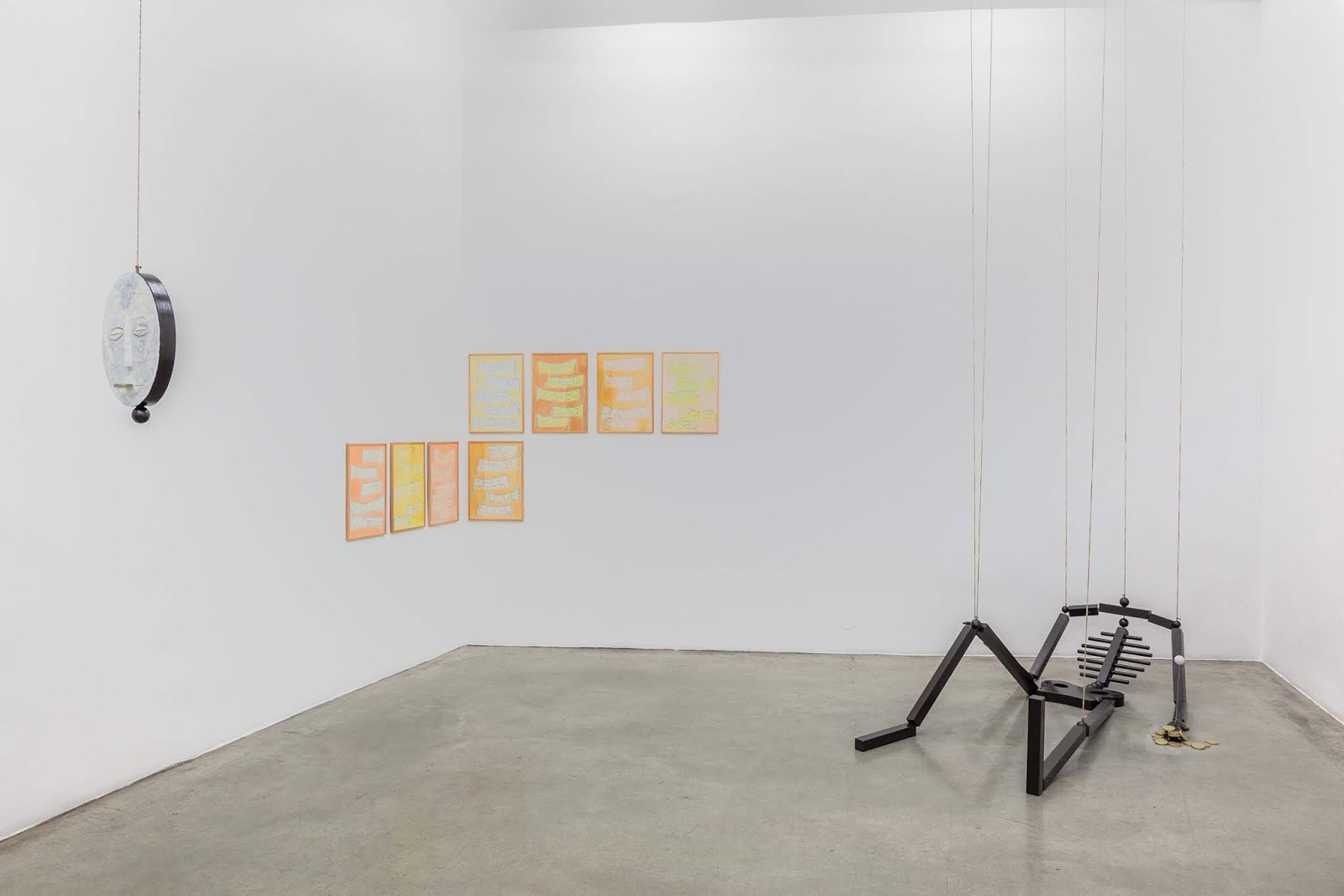 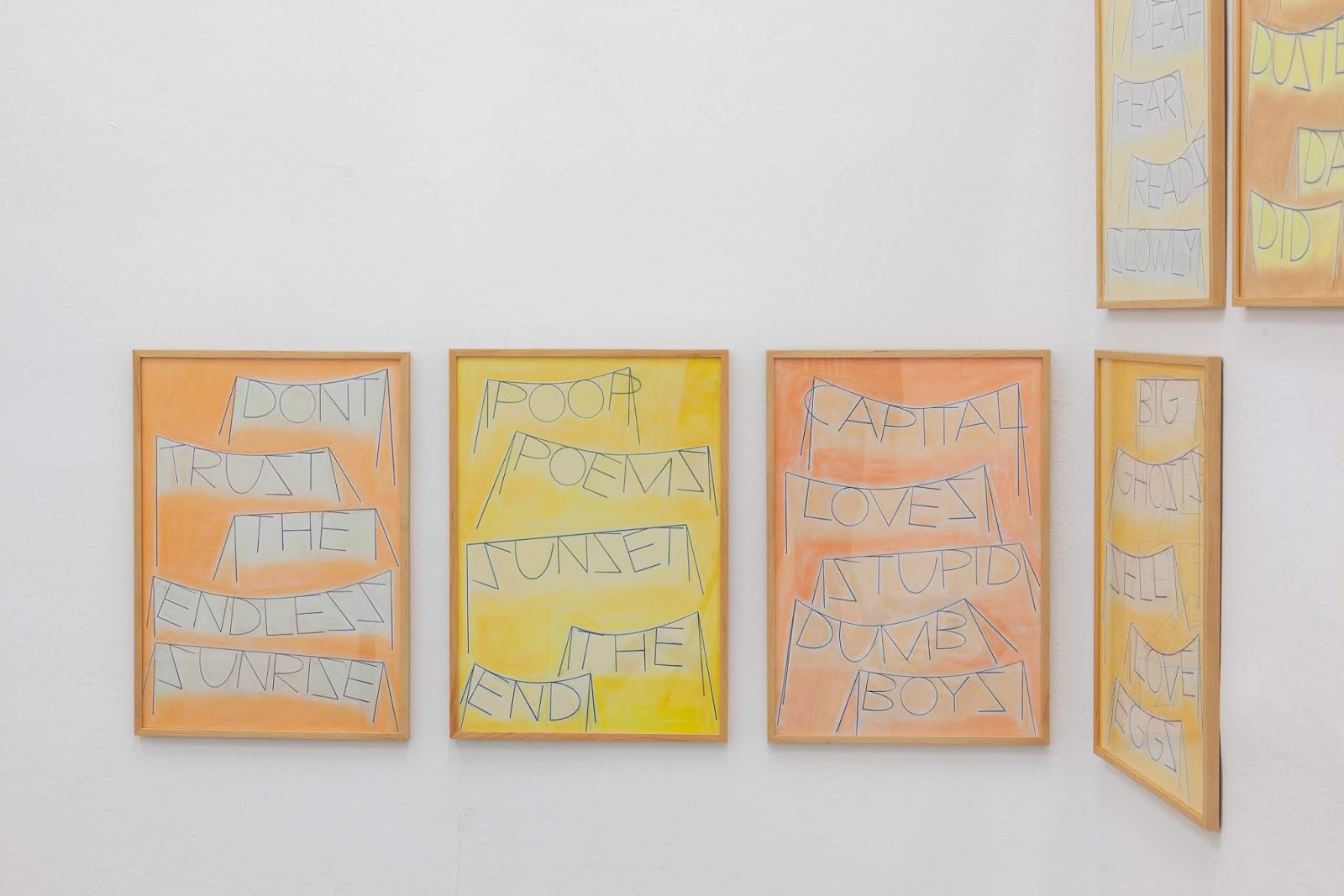 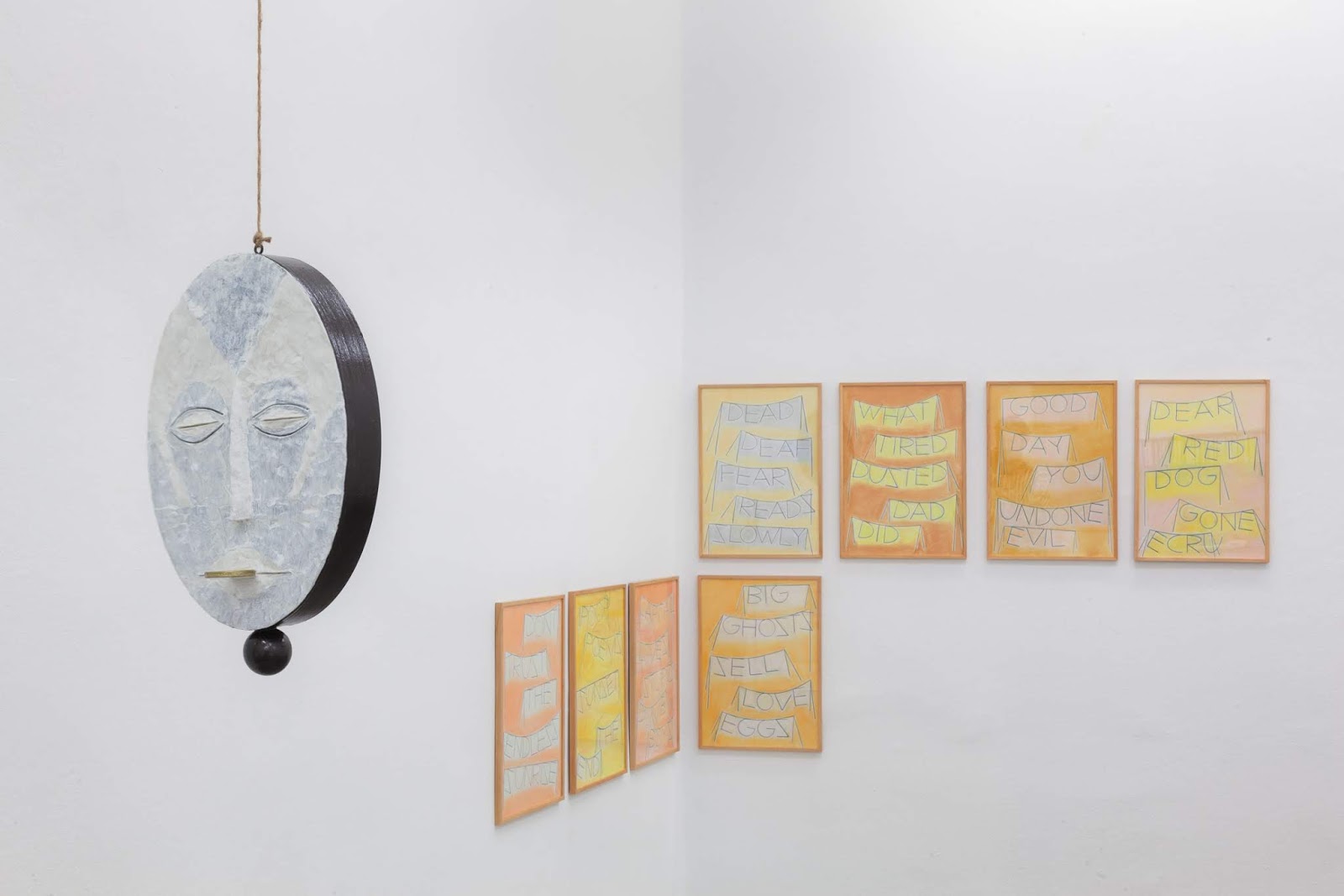 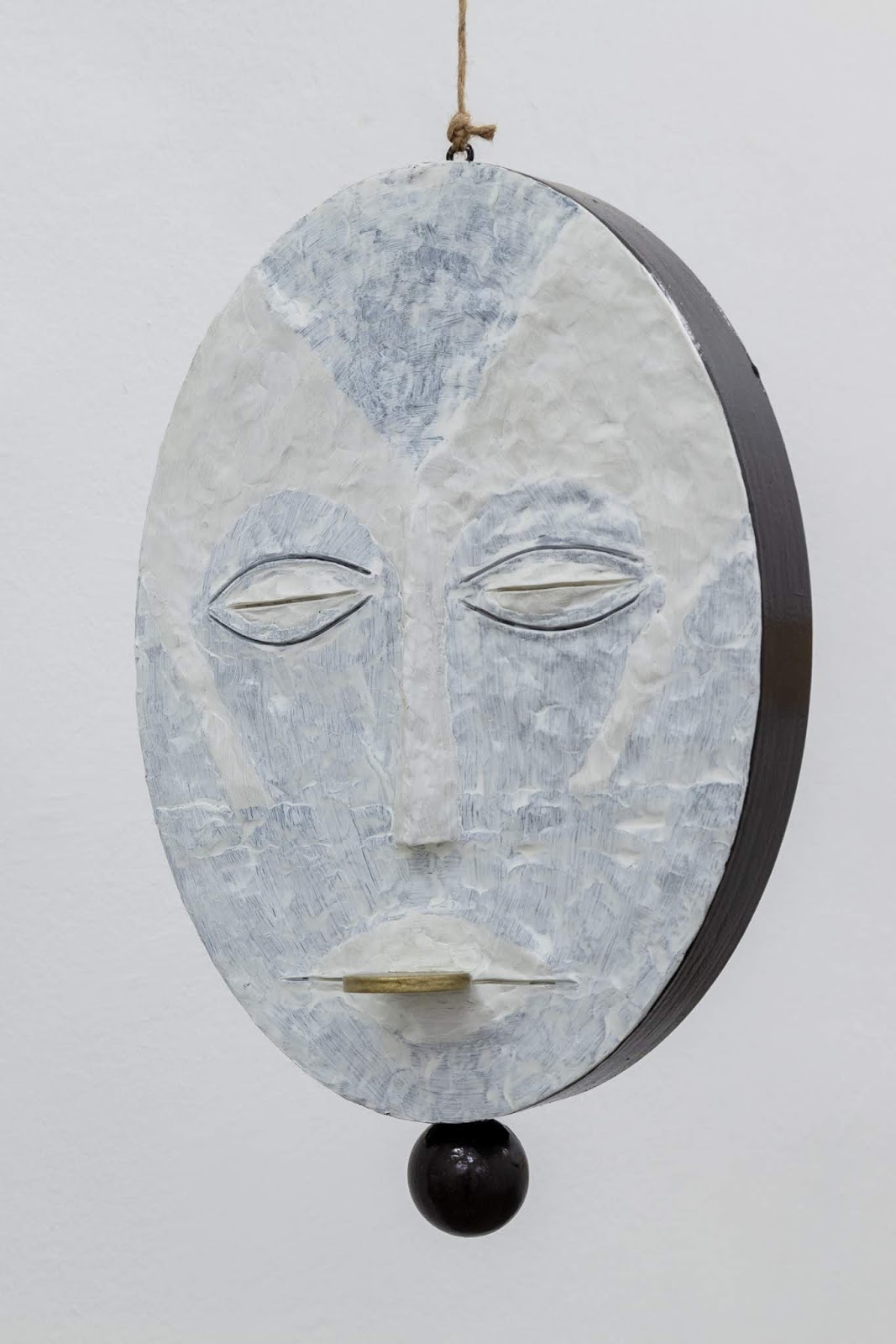 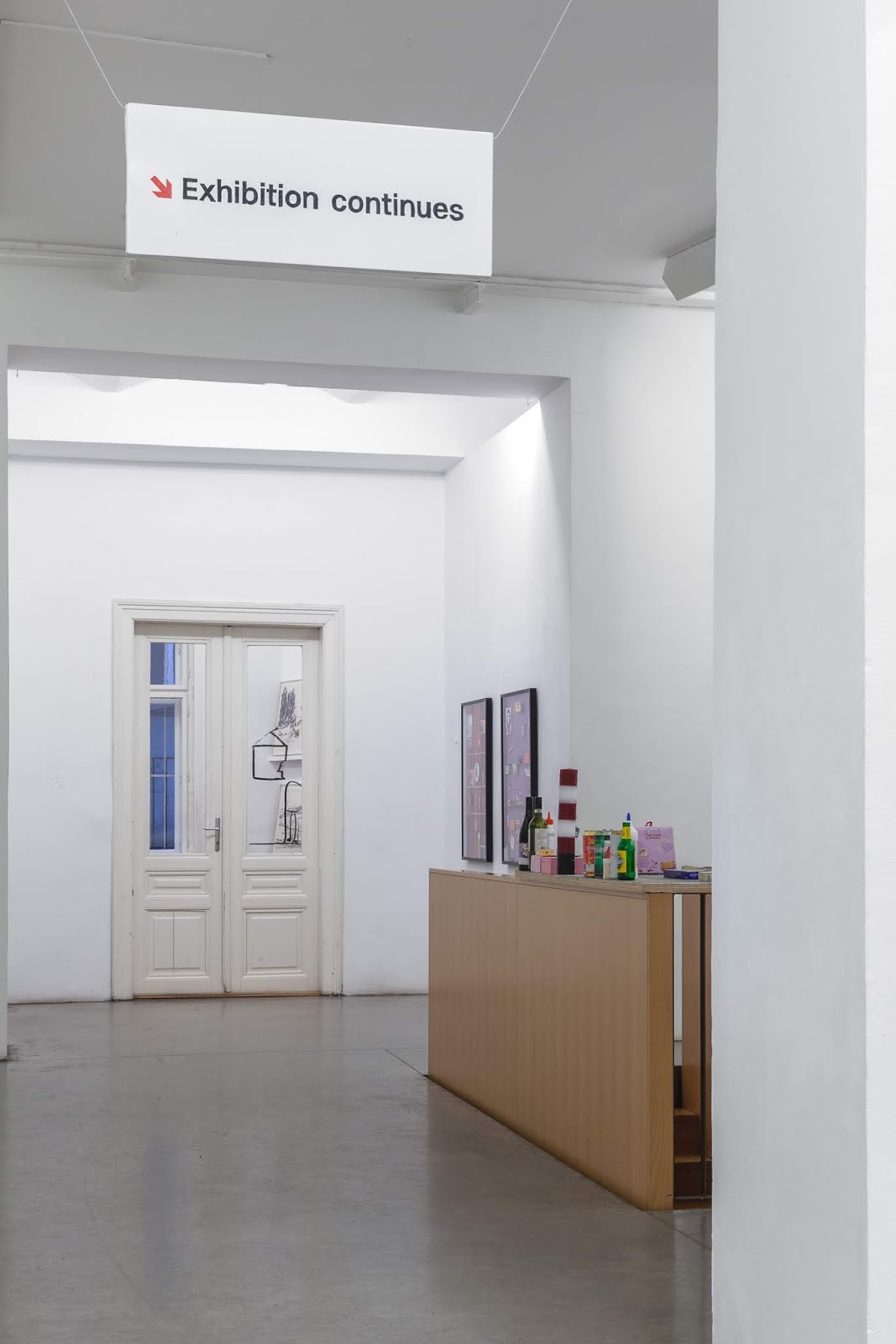 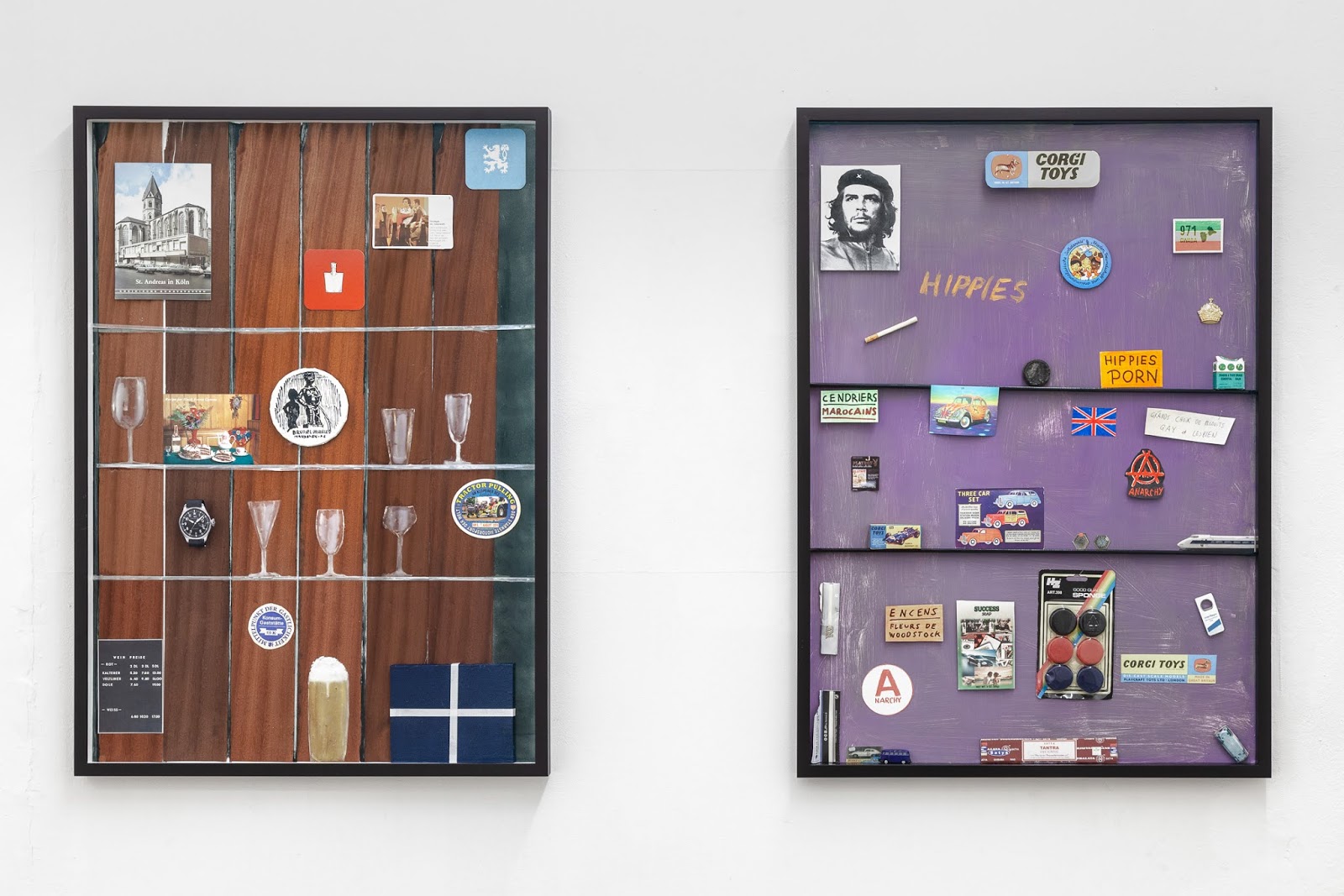 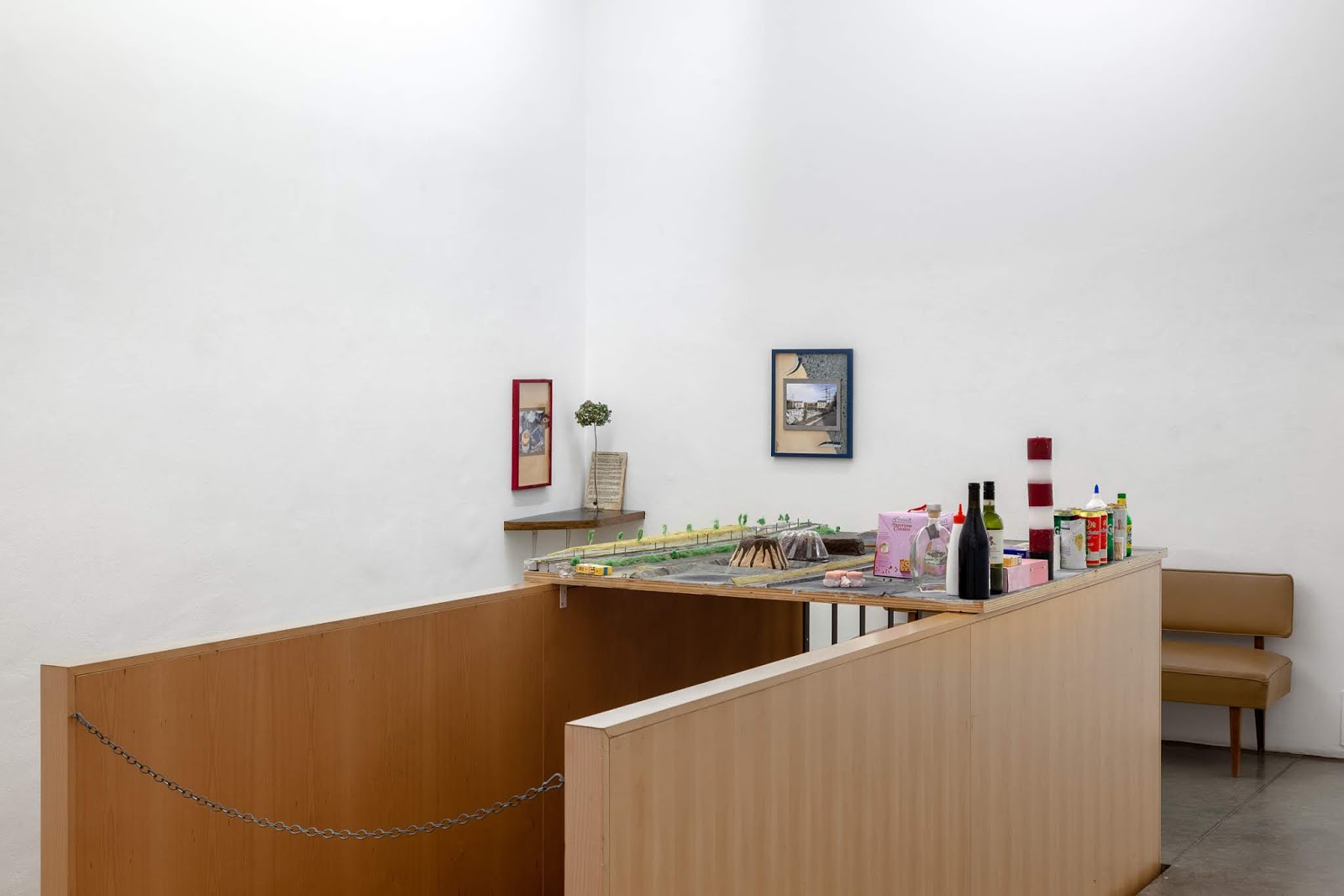 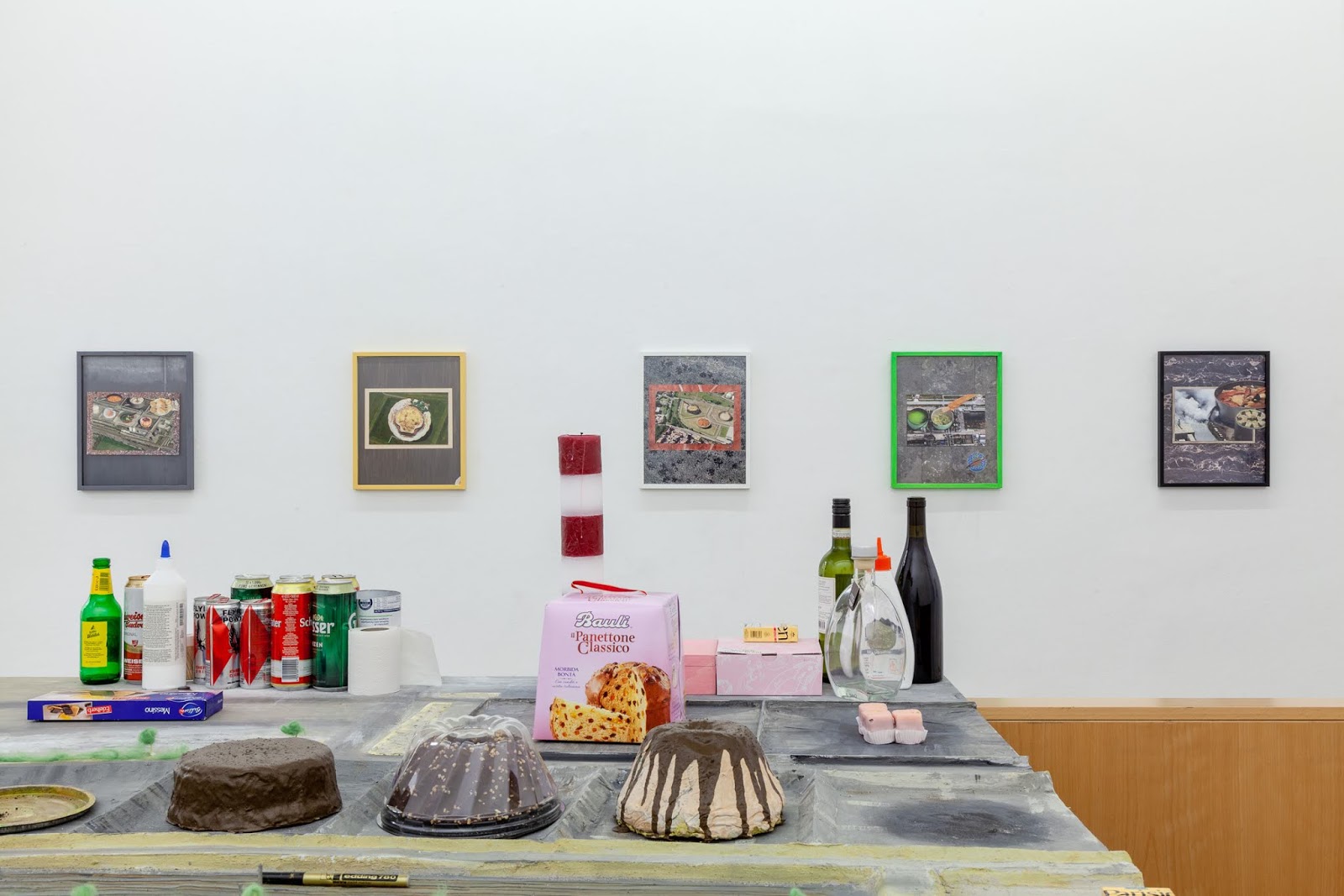 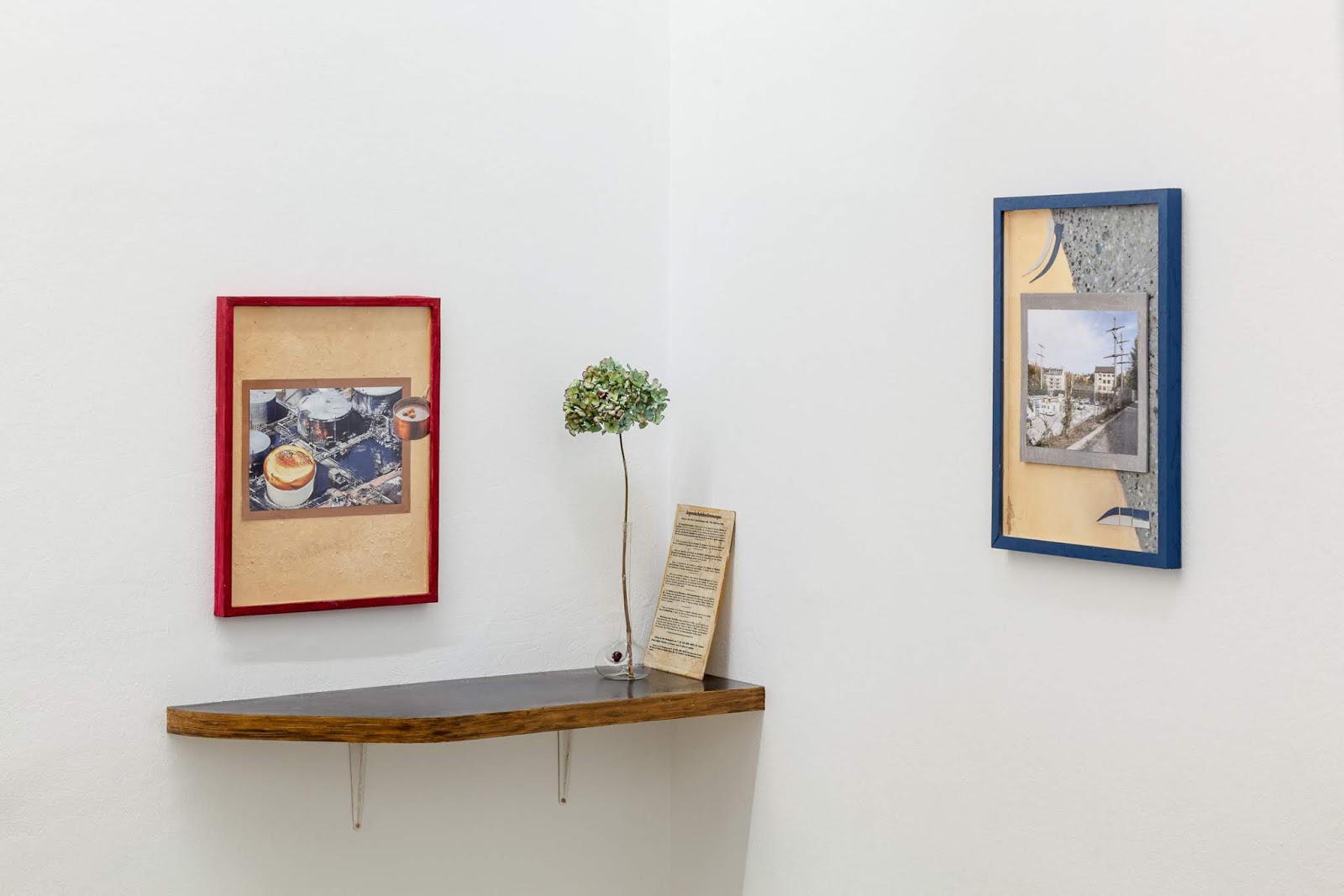 Christine König Galerie - celebrating its 30th anniversary - presents works by four young artists (1, 2, 3, 4), curated by the young team* of the gallery. Each artist was invited under the premise to create and show a site-specific installation that reflects upon the gallery's program, which since its foundation has been dealing with the central concerns of Christine König: politics and activism, feminism, literature, language, environmental concerns, and post-conceptual approaches. As the show is set out to be anything but a bleak retrospective, it will focus on present and future developments in order to not only advance the gallery's artistic program, but to expand its international network and to build support for young artists.

Banal objects within dystopian or abandoned settings, dangerously silent: the works of Rebecca Ackroyd challenge the perception of space and its predefined codes. A roller shutter reading "Chrissie" on its box top, for example, engages in the artist's study of the transition and extinction of maiden names throughout family histories, although at the same time symbolizing fears of vacancy, neglect and decline, especially looking at the systemic shifts caused by rising nationalism, Brexit or climate change, to name only a few. Fiery red shells lay before it, deserted and displaced, as if waiting to be either reanimated or to explode. In both series, titled Carrier and Hunter/Gatherer respectively, the more than life-sized sculptures confront issues of belonging, availability and exclusion. Rebecca Ackroyd's paintings on the other hand evoke images that seem like snippets from colorful, dreamlike sequences, allowing us to glimpse at surreal moments, all of which may transport and create new and hopeful meanings within the bizarre landscapes they inhabit temporarily. It is this peculiar ambiguity and convincing speculation about our present and future combined with fierce aesthetics that align Rebecca Ackroyd's works with the values of the gallery.

We are a little bit addicted to social media and adore scrolling through and staring at the weird, the fluid, sexy slick surfaces, and Louisa Clement's works. Gliedermensch, a series depicting wooden articulated mannequin striking sometimes intimate, often abstract poses, may serve as an overall embodiment of her practice: the digital images, dark yet slick in appearance, speak of animation, automatization, and the relationship between the human and non-human. Forced into anatomically impossible positions, the subtle staging displays the uncanny madness of our century, demystifying ideals of beauty, the body, and sex in an aesthetic comparable to pre-body-positivity ad campaigns. Still, the artist's protagonists do not point fingers as they are anonymous beings, serving as mirrors rather than representing specific narratives. The artificial quality within Louisa Clement's works is even more prominent in the series Avatar. The fiberglass mannequins come in strong pastel hues and seem to develop into animated, moving characters in the video series Not Lost In You. In it, they interact in a hypnotizing yet slightly odd way - hence, it comes as no surprise that the power of seduction incorporated by our digital world is the artist's ground for manipulation and critique of it.

The third room of the gallery has a different energy than the other spaces. It has served as a "project space" for formats like Third Room or Im Zeichenraum, has hosted exhibitions curated by artists and curators alike, and is a passage to the "Queen's den", our actual storage and the library. Its main feature is the freestanding staircase at the gallery, designed by famous Austrian architect Luigi Blau, which Julian Turner overbuilt with an unusual replica of the oil refinery Schwechat, near Vienna. As is common in his practice, none of the above mentioned is really of importance to Julian Turner's work - although it is exactly the point for understanding his artistic approach. The collages, models, material imitations and often repeated tropes like food, architecture and technics are appropriated from everything the artist finds interesting, planted into the spaces they inhabit and charged with new meaning via his typical signature, which may be described as amateurish in the best sense of the word. Not the perfect model, but the image of the model, executed sufficiently so it can be understood as such at once, is enough for Julian Turner. The well shaken mélange of cakes, bottles, cookbook pages, and a board from Austrian architect Hermann Czech's Wunder-Bar - who, and here is one direct link, was a fellow student of Luigi Blau's - therefore accumulates to a celebration amidst the imagery of ecological sin. Happy anniversary to us!

What do Saint Denis, Bishop of Paris, dead composer Joseph Haydn and author and philosopher George Bataille have in common - other than being famous? They are connected through tales of decapitation and share this peculiar fact with Honza Zamojski's two sculptures The Body and The Head. Originally conceived for last year's exhibition Macbeth, Act I Scene 3, Act V Scene 7 at DREI in Cologne, the works circle around a short fictitious narrative of a production of Macbeth two unnamed individuals visit and discuss. The skepticism of one of them versus the appeasing replies of the other are two poles in the artist's tale that constitute the tension between performers and audience, screenplay and interpretation, and body and head. The latter has a gold coin in his mouth, as if waiting for Charon, the ferryman of Hades, carrying its soul across Styx, the former has a few coins scattered over its open left hand while pointing to nowhere in particular with its right. Criticizing the violence and the lack of change after any forceful, political or societal act, the skeptical of the two voices in Honza Zamojski's story may serve as our conscience, asking the unpleasant questions and facing our fears, not only of the beheaded, but of our bodily and mental constitution as humans - a digestible, somewhat humorous yet critical stance that we welcome in the artists we respect most.