Presence in the Absence at Alexander Levy / Berlin 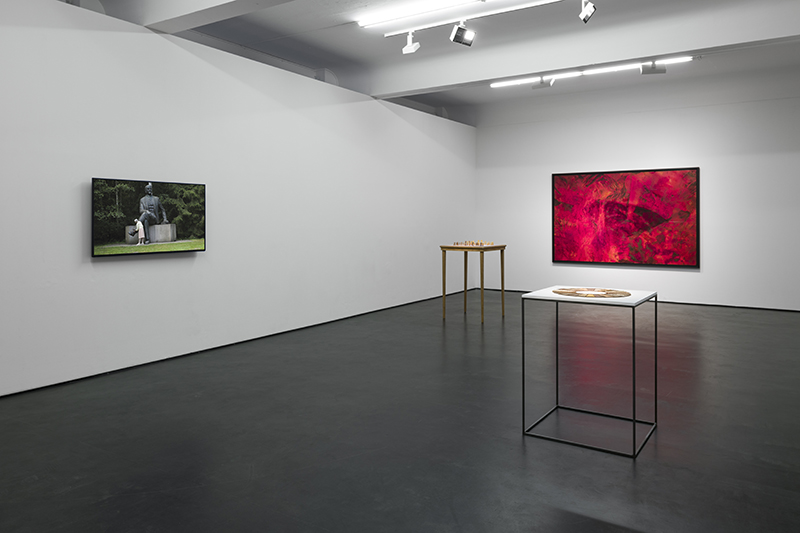 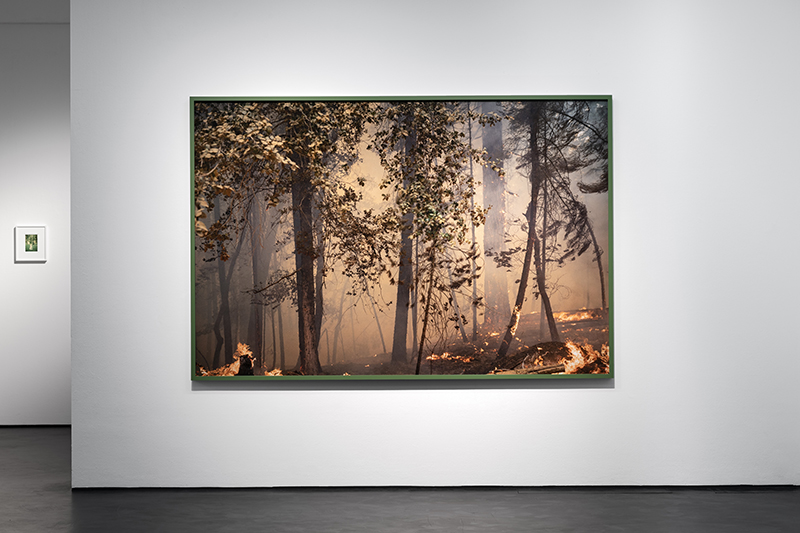 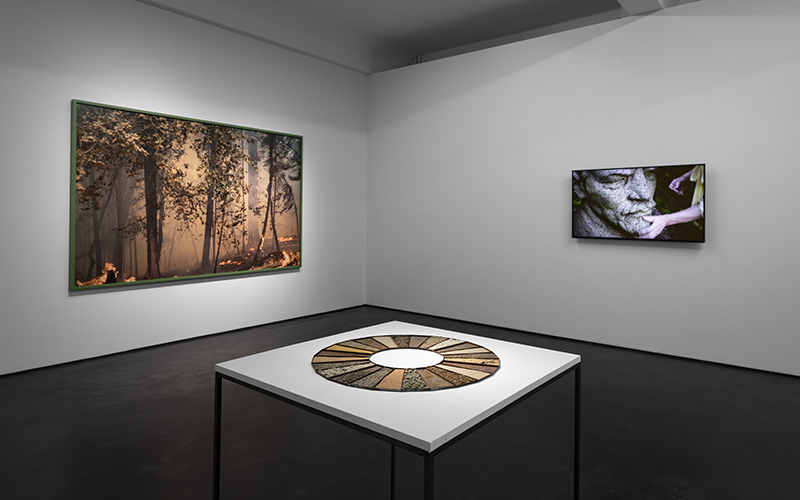 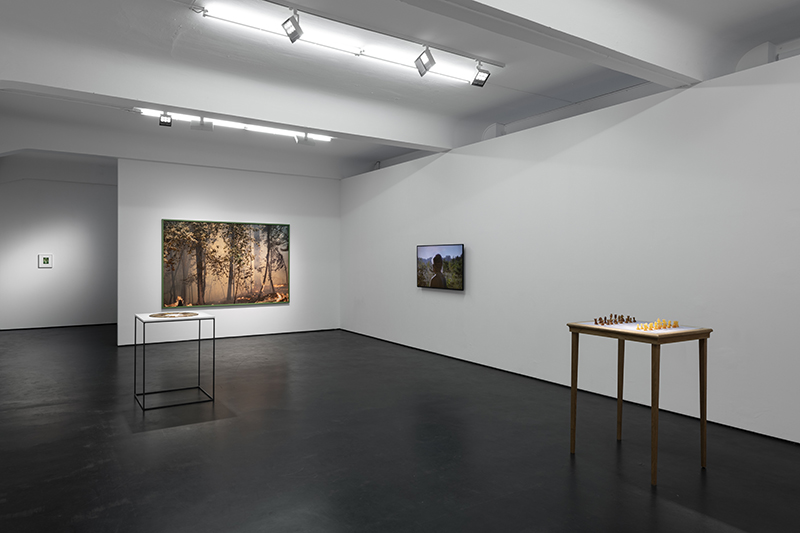 The gallery alexander levy is pleased to present works by Julius von Bismarck, Fabian Knecht, Ella Littwitz, Emilija Škarnulytė and Thu Van Tran in the exhibition Presence in the Absence.  With their cross-media works, the five artists point to social developments and grievances, partly through historical references and possible future scenarios. The title "Presence in the Absence" describes a state in which the presence and meaning of something necessary becomes clear only through its absence. The experience and impact (on an individual and collective level), that arise due to conflicts and power structures are dealt with in the works of Ella Littwitz, Thu Van Tran and Emilija Škarnulytė. In Julius von Bismarck’s and Fabian Knecht’s works, a change of perspective at familiar, urban and natural realities demonstrates a social change.
For the work The Unknown Land of the South Ella Littwitz, in a very personal way, deals with the absurdity of territorial limitations between nation-states and the restricted movements in the world, that come with it. Because of her Israeli nationality, Littwitz is denied the entry to 23 countries and the Palestinian territories. With this work she creates a utopian place, consisting of earth that was brought or sent by collaborators, although some are missing due to political and technical reasons. The concept as well as the shape of the resulting sculpture takes reference to Terra Australis Incognita, a hypothetical Southern continent, postulated in Ancient times by Claudius Ptolemy, an astrologist and geographer. Ptolemy suspected a huge land mass in the southern hemisphere, as according to his theory the world must be balanced.
Thu Van Tran’s work Échec de Petrópolis (Defeat of Petrópolis) is a chess table, consisting of wood and figures that were created from parts of a rubber tree. The raw material rubber, a recurring material in Thu Van Tran's work, is representative of Vietnam’s oppression by the colonial rule of France, which has cultivated large parts of the fertile country with rubber plantations in Vietnam. At the same time, the artist refers to the author Stefan Zweig, who has written his final work “The Royal Game” before he committed suicide in the Brazilian exile in Petrópolis, a town, founded by German colonialists.
From Green to Orange is a photo series related to the US military defoliation attacks during the Vietnam War and their devastating consequences and traumas. The silver gelatin prints were developed in a bath of rust and stain, whereas the red color of the motif, a jungle made of rubber trees, gives the impression as if it was burning. The chemical reaction makes the identification of the motif more difficult while its’ fire-like appearance leaves a scenery, similar to a (bad) dream or a hallucination.
Driven by the catastrophe itself, mankind’s voyeurism is nowadays experiencing a satisfaction that has rarely existed before. The news coverage on the latest consequences of natural disasters are constantly overflowing in the superlatives of destruction. In his new work series Fire with Fire Julius von Bismarck questions the premises of media communication on natural catastrophes using the examples of forest fires. For a while now, the artist has intensively dealt with the causes and consequences of this natural phenomenon. He thereby traveled to five international fires, which have been part of the biggest fire season since recording until now, and accompanied the local fire department into the forests. With the insights he has created, von Bismarck – despite the omnipresent celebration of destruction - provides a new perspective on the relation between man and nature and the change in the recent present.
The photograph Befreiung by Fabian Knecht is the documentation of an action that the artist has implemented in the urban space. The photo shows a street in Berlin Mitte, which Fabian Knecht has freed from all parking cars. The artist’s intervention on the everyday does not immediately become apparent to the observer though, as the street is represented in a rather isolated way. Knecht removed a part of the usual street image - like a sculptor who cuts out sections of stone. The scenery of a carless street seems reassuring at first, but especially in regards to the actual development of cities it proves to be more utopian. We therefore see a cityscape that belongs to the past but could also form a possible future.
For the video work and photo series Aldona, the Lithuanian artist Emilija Škarnulytė followed her grandmother of the same name on a daily walk into the Grūtas Park, an open air museum in which propaganda sculptures from the times of Soviet occupation of Lithuania are presented. Aldona, who has lost her eyesight probably due to the nuclear disaster in Chernobyl, scans the weather-effected sculptures of Stalin, Lenin and others with her hands. Through the present, sensitive and forgiving palpating of the past she, in a poetic way, allows for a new future narrative. Škarnulytė, whose works often oscillate between fiction and documentation, points at the archetype of the blind visionary – a figure that can see and understand more.