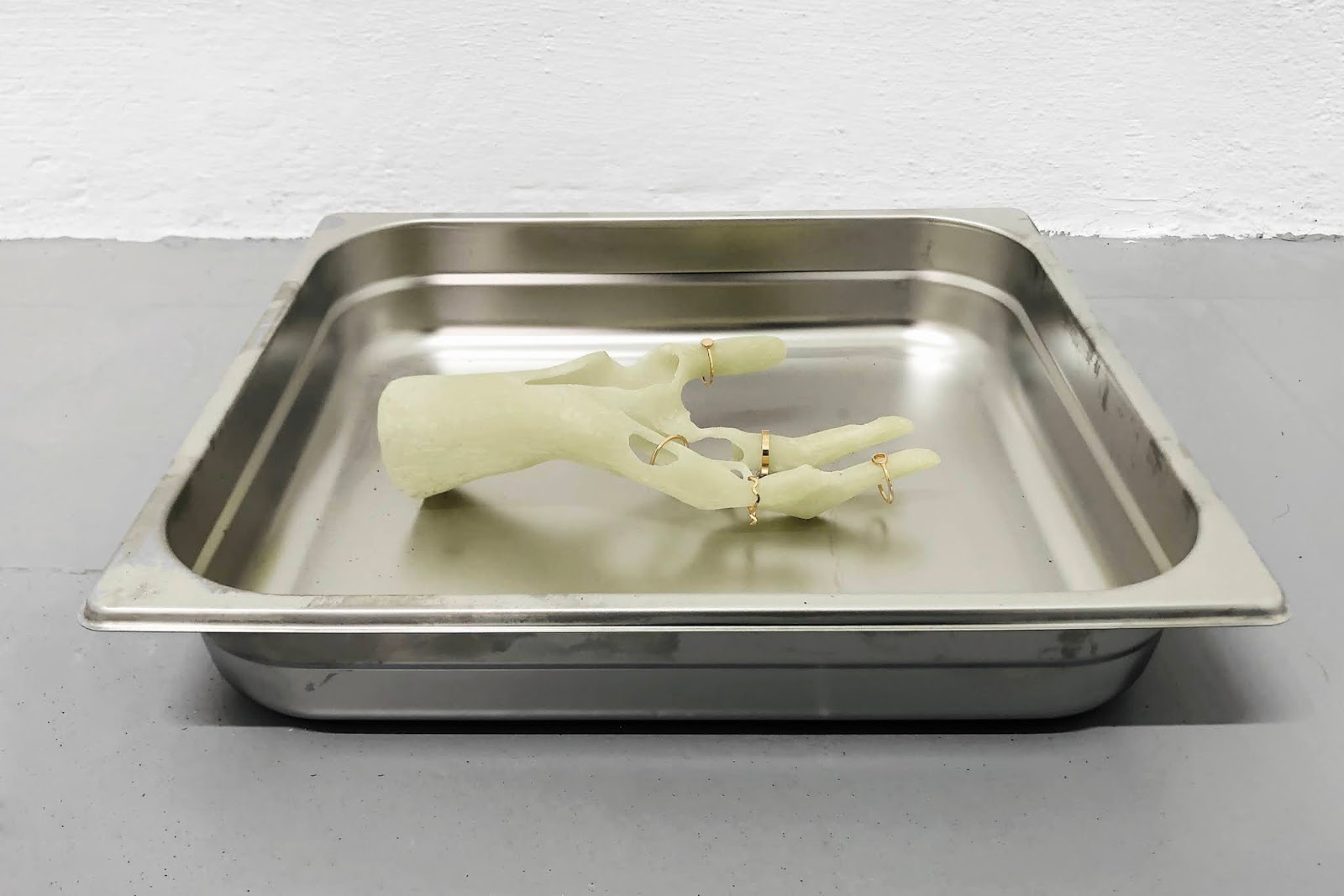 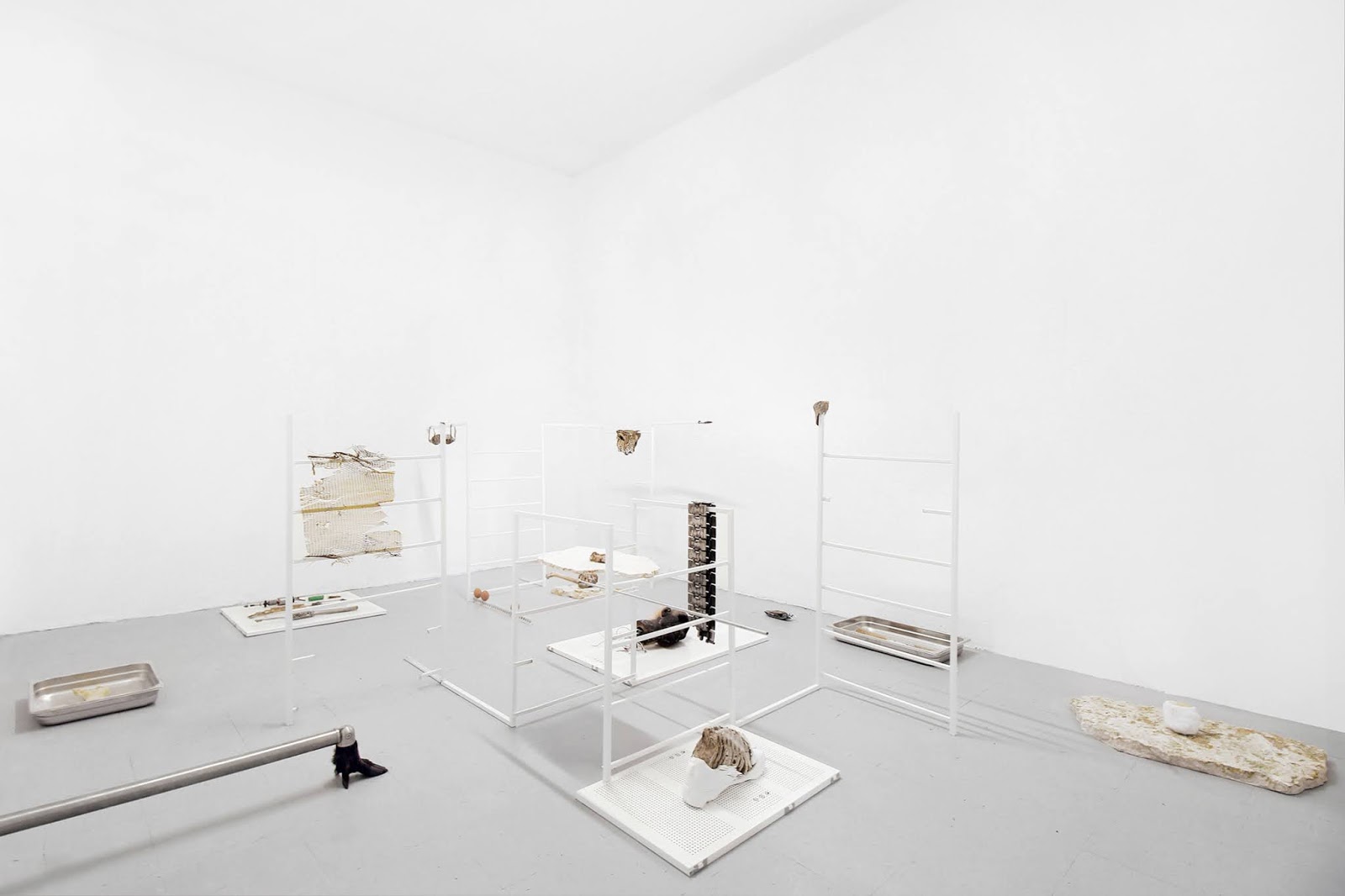 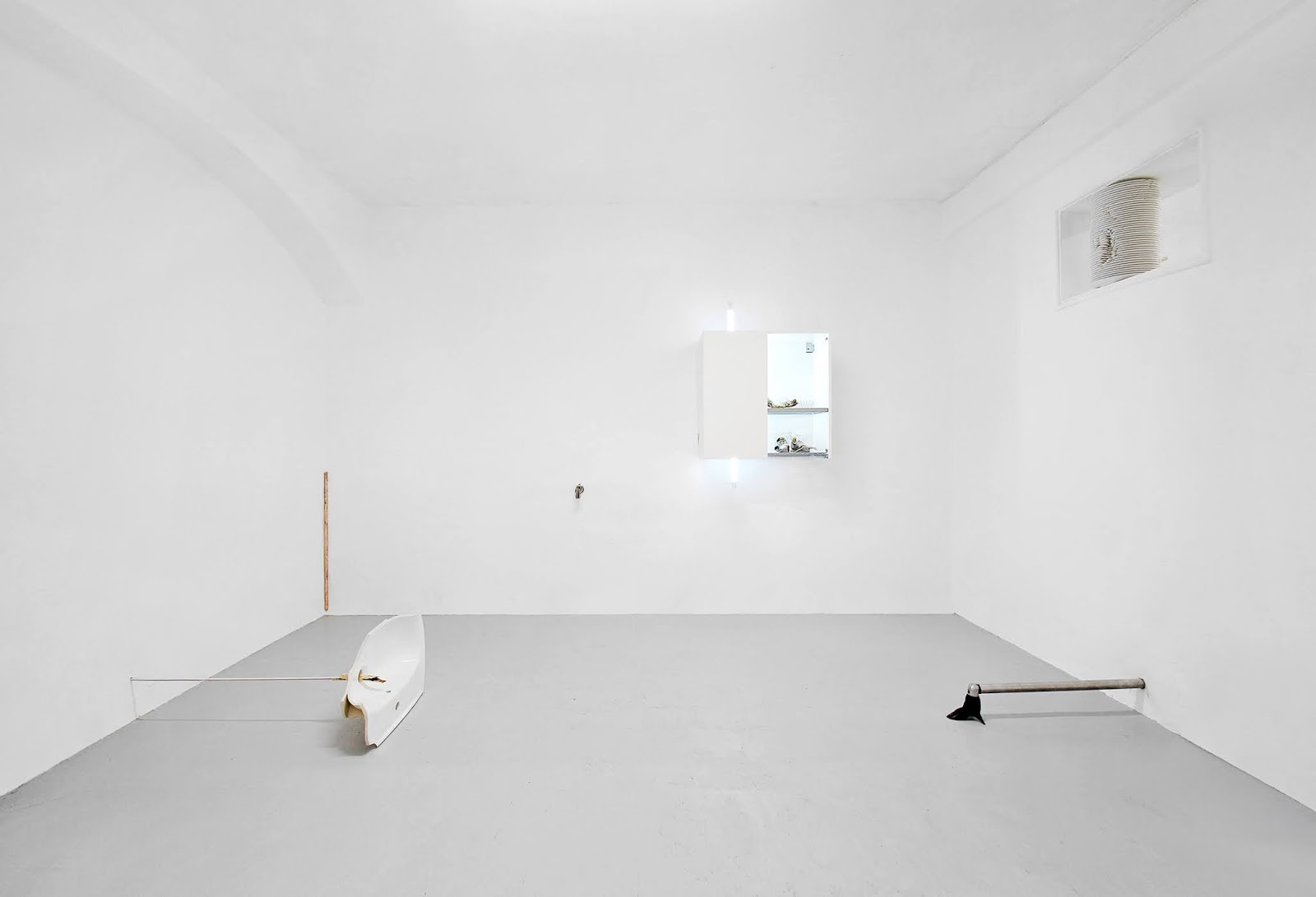 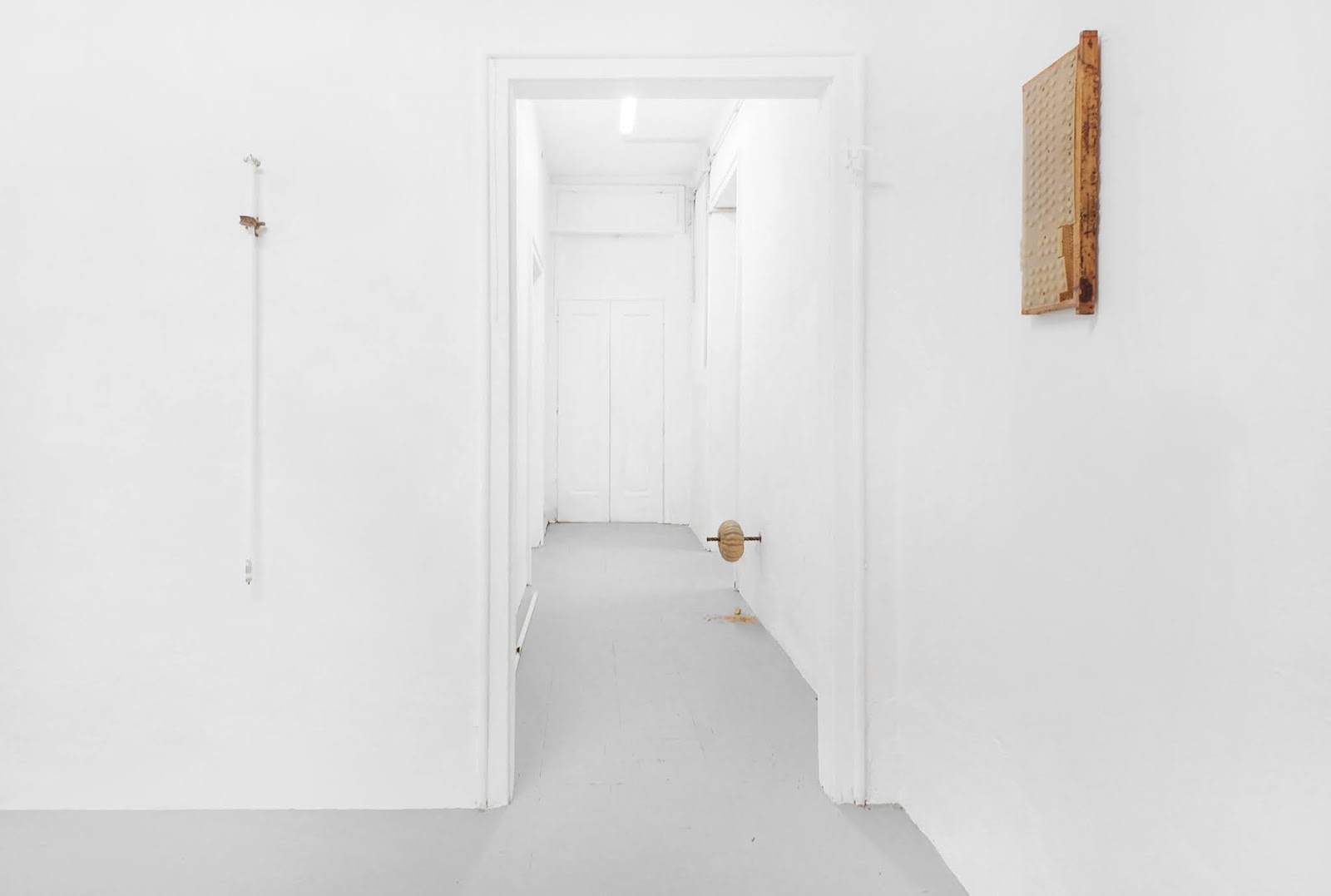 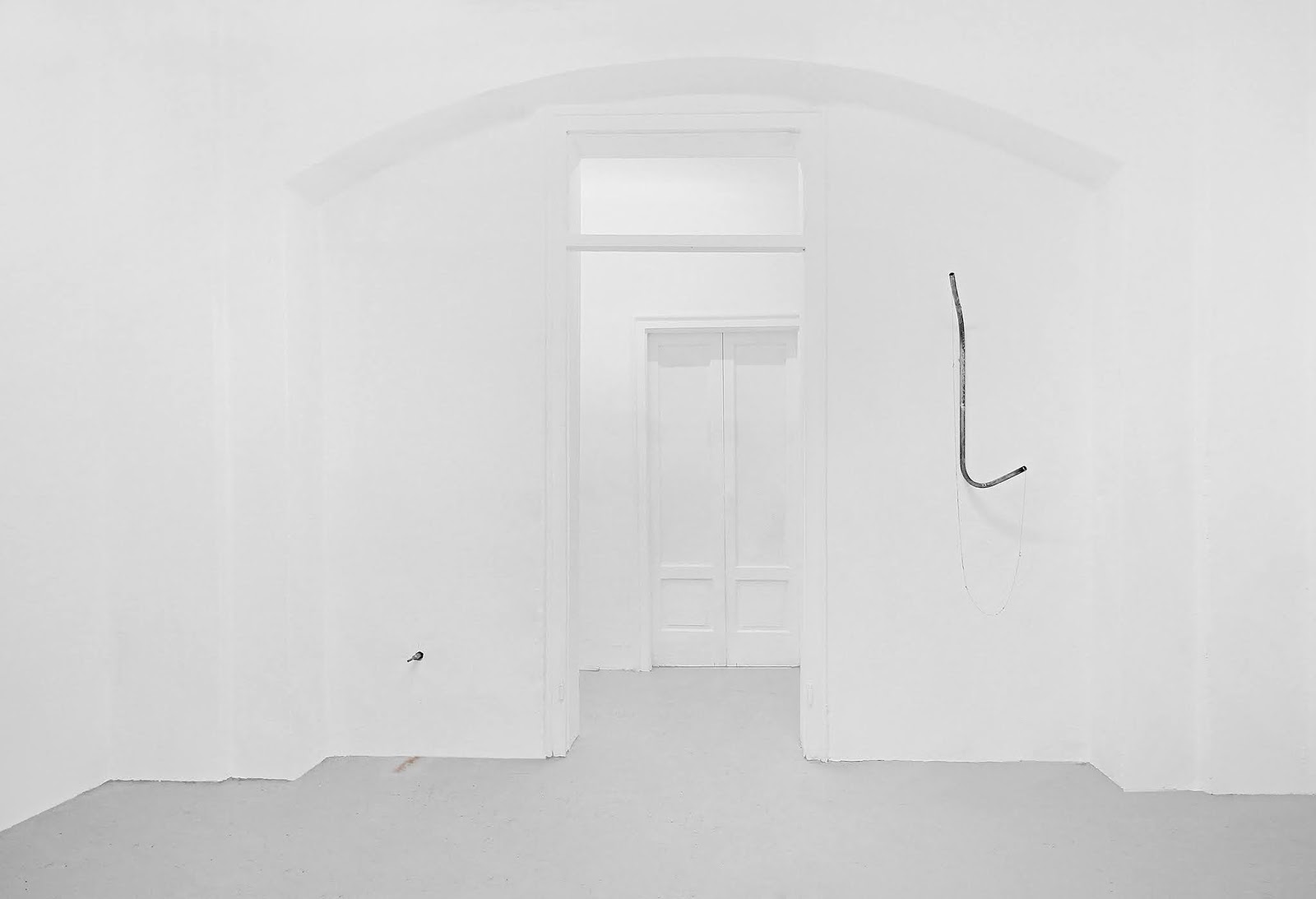 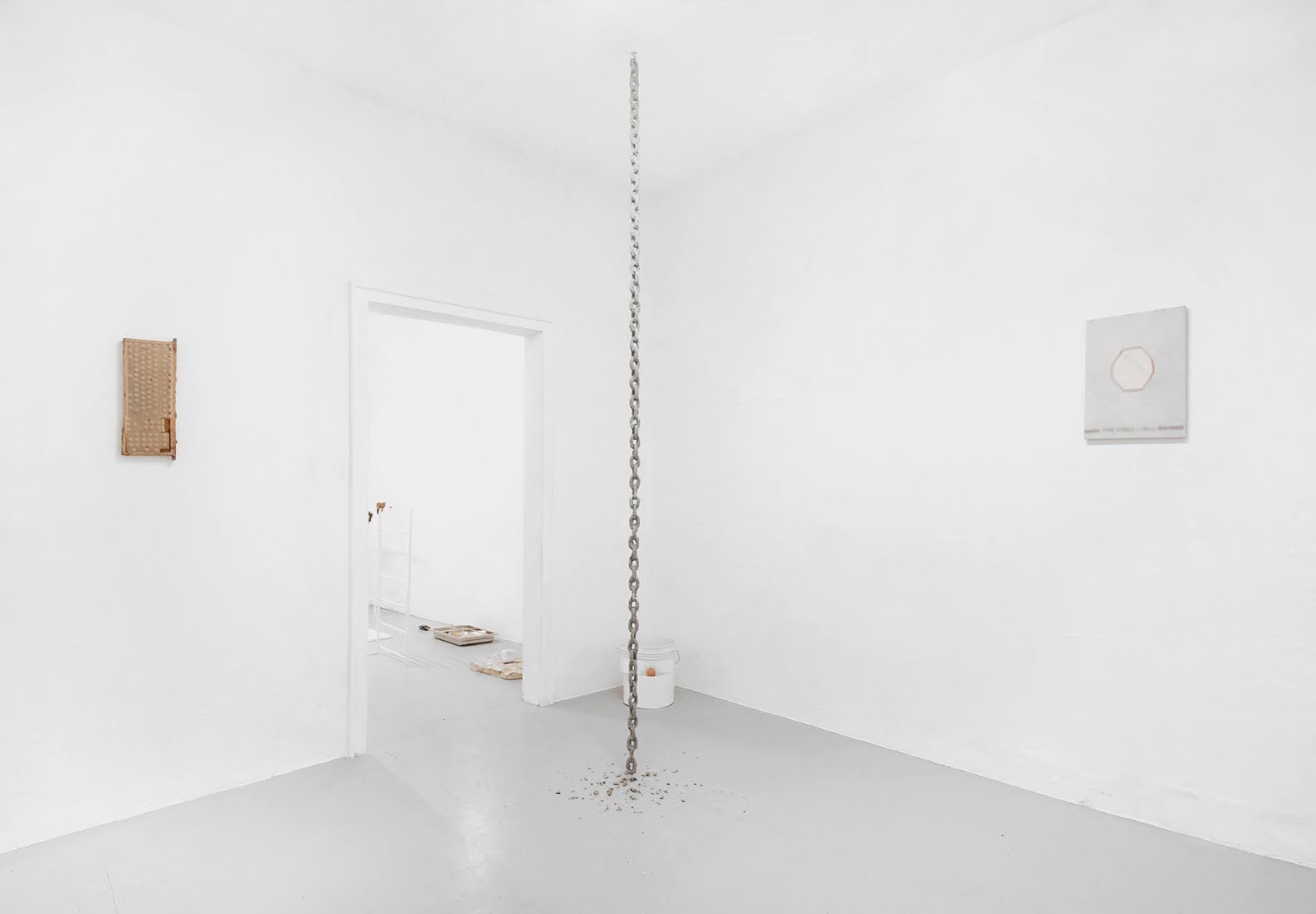 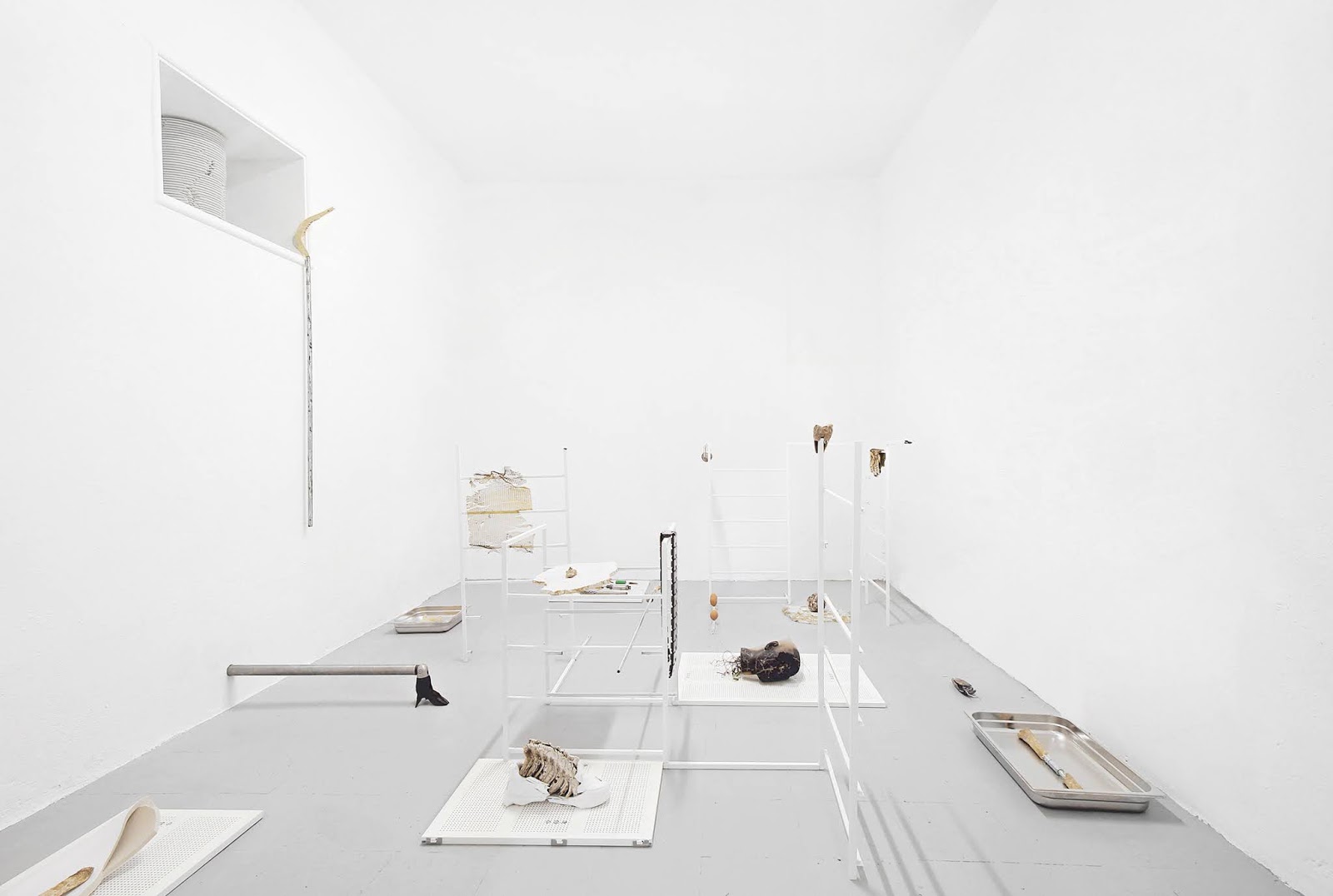 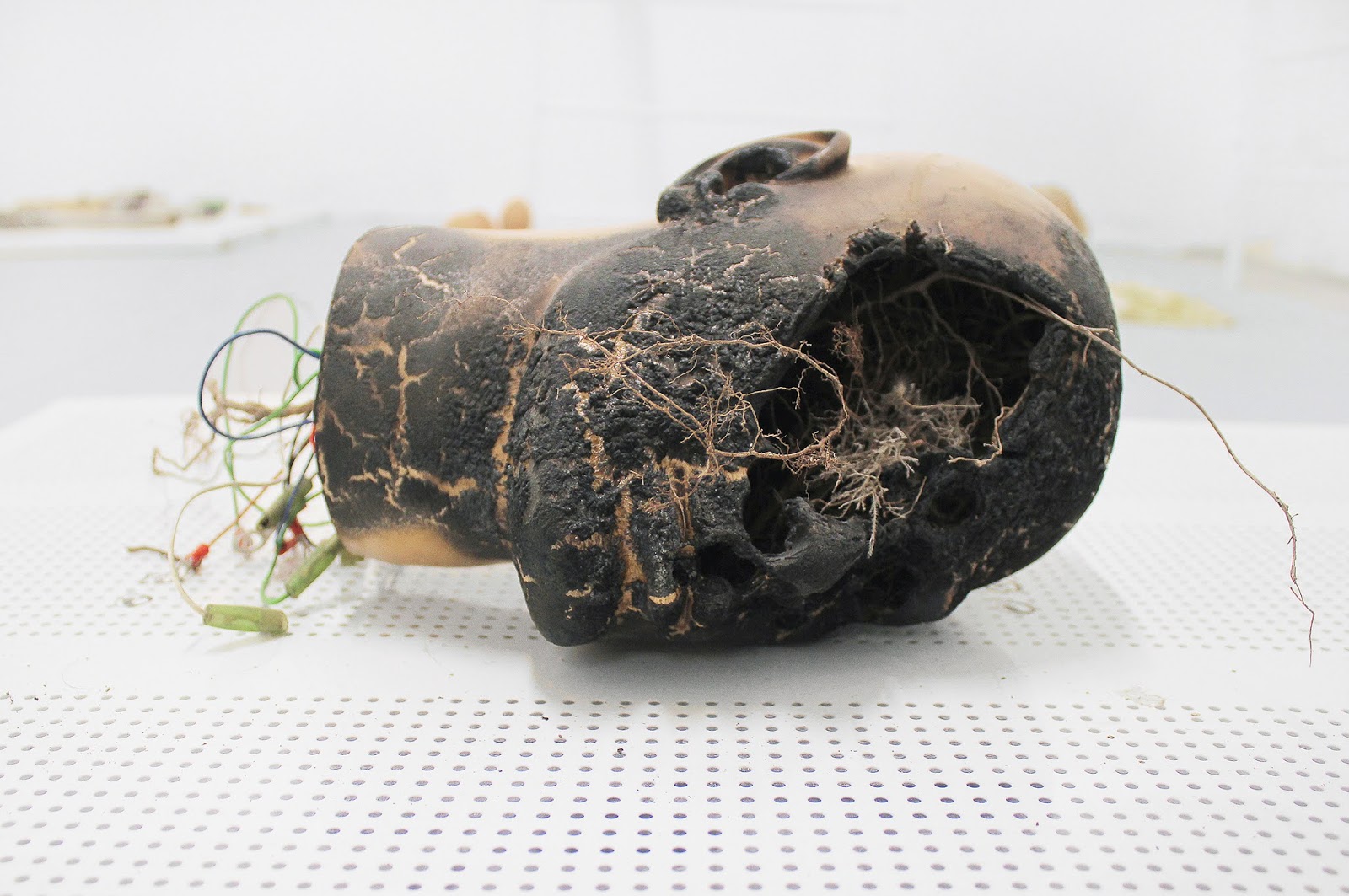 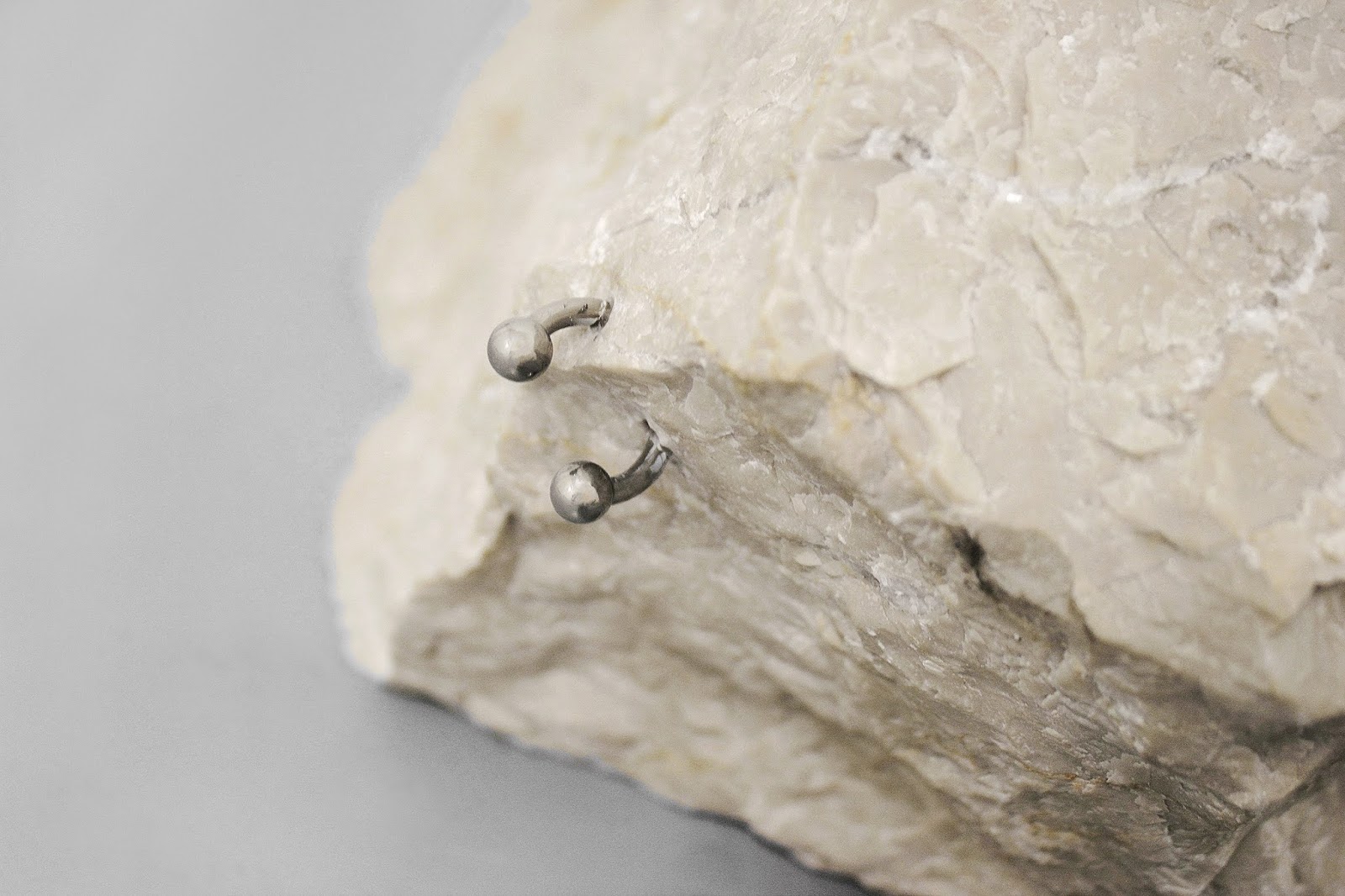 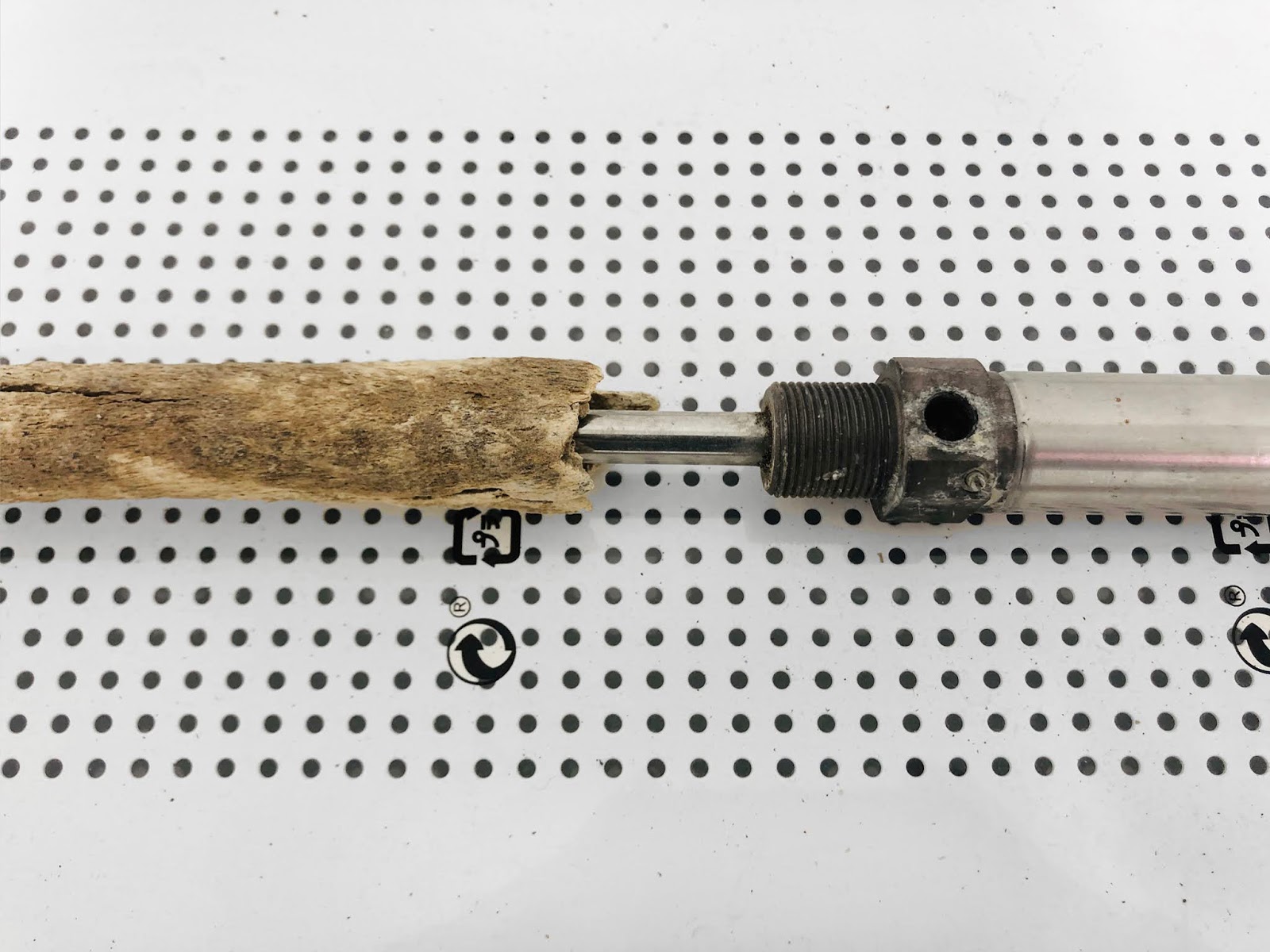 All images copyright and courtesy of the artist and spazio ORR.


That which appears in a weak form, on its own conditions, is spectral. A spectre is:
some ‘thing’ that remains difficult to name: neither soul nor body, and both one and the other…an unnameable or almost unnameable thing: something, between something and someone, anyone or anything, some thing, ‘this thing,’ but this thing and not any other, this thing that looks at us, that concerns us…
This difficulty to name this ‘thing’ touches upon the limits of our comprehension. For a spectre, as Derrida tells us, will never reveal itself to a ‘spectator’: whether a scholar, a reader or an expert. Spectators do not believe in spectres in the first place, and their attachment to the sharp distinction between the real and the Unreal, the actual and the inactual, the living and the non-living, being and non-being, past and present, human and nonhuman, normal and abnormal, prevents them from speaking to and with spectres. A spectre is a ‘paradoxical incarnation’, elusive, evanescent, incomprehensible; and yet, a spectator would intend to understand, categorize and ‘frame’ it.
A being is spectral as long as it escapes the sight adjusted by cognitive categories, schemata and frames with which a spectator is equipped. All bodies that challenge visibility and cognition in that way are spectral: disabled, queer, harmed, killed bodies, animal bodies, dead bodies. To spectralise would then mean to appear in a form that threatens the distinction between ‘to be’ and ‘not to be’. Spectral bodies are hard to classify – is this body male or female? Human or not? Dead or alive? The appearance of spectral bodies thus offers a possibility to open up the field of ‘unsavability’ – for they do not need to be saved, adjusted, normalised, regulated and maintained.
Beyond the sphere of humanness, where dignity, values and rights, sacredness of life or grievability are attributed to lives, there is another locus, one that is inhabited by beings excluded from definitions of the human, or those that find themselves right at the border of these definitions. In consequence of that exclusion, their lives are not lives, and their deaths are not deaths – rather, they occupy the zone left in between life and nonlife, death and nondeath, human and nonhuman.
Tags Brescia, Daily Lazy Exhibition., Nicolas Lamas, Spazio ORR
Newer Post Older Post Home