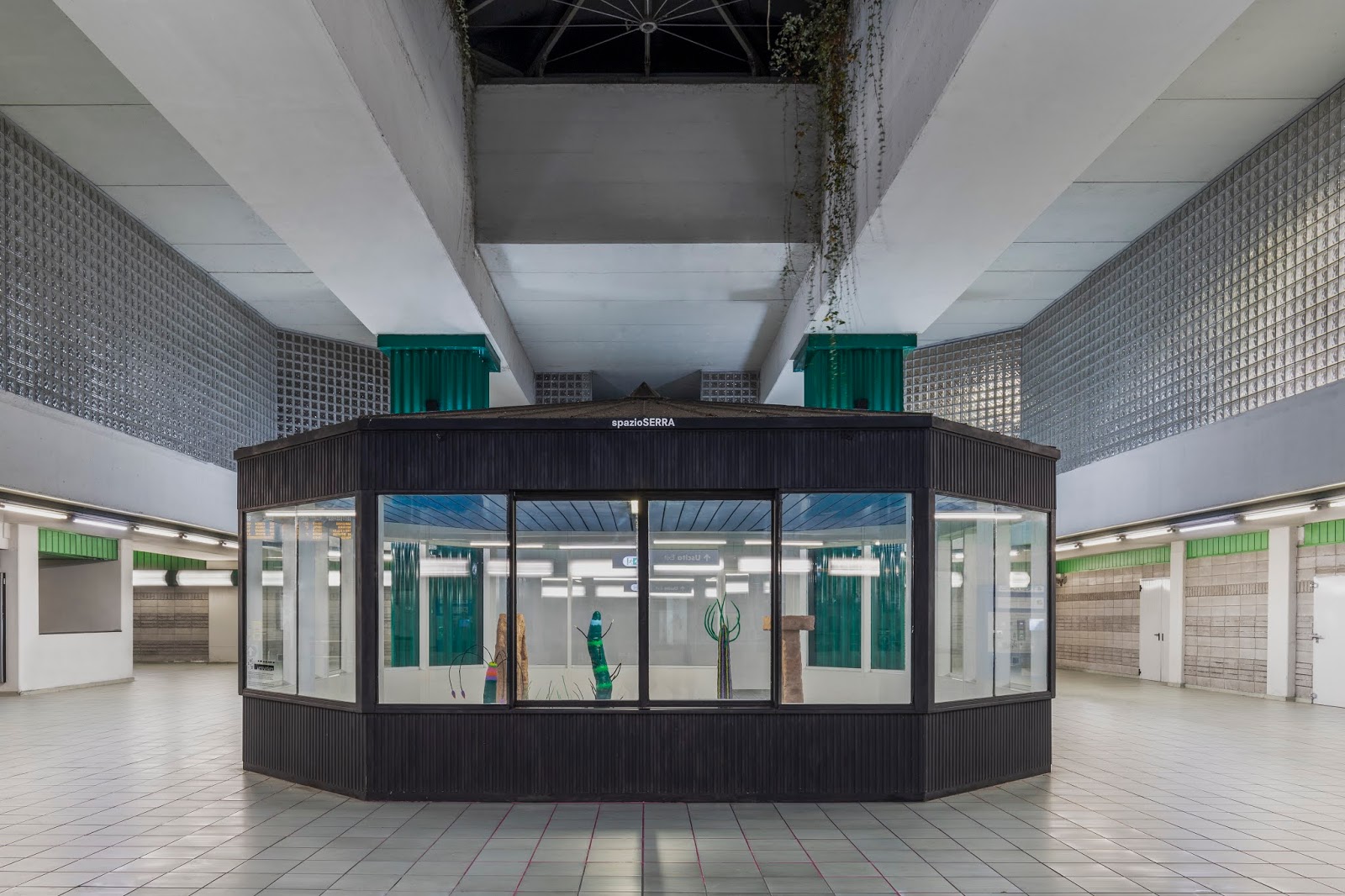 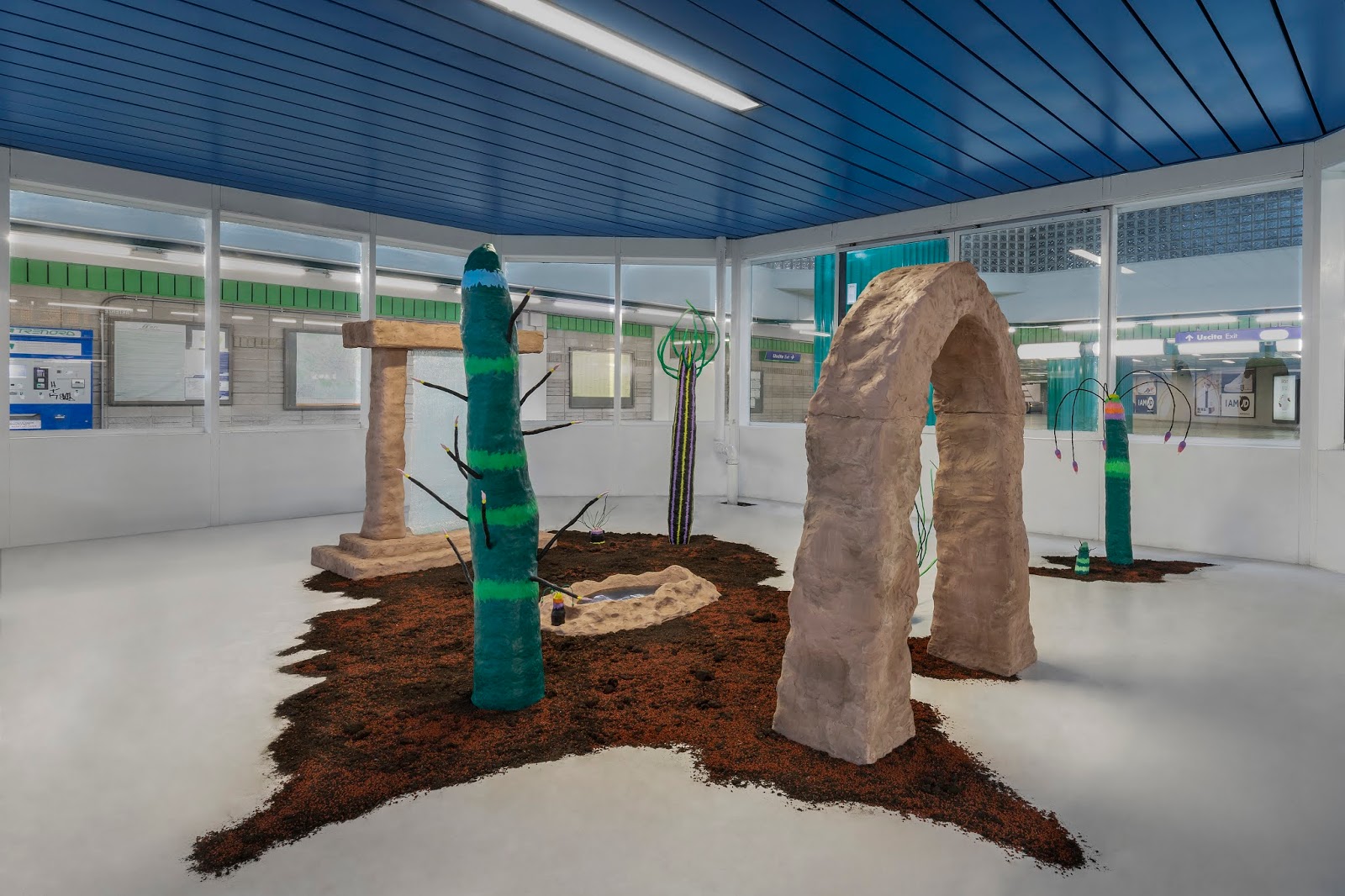 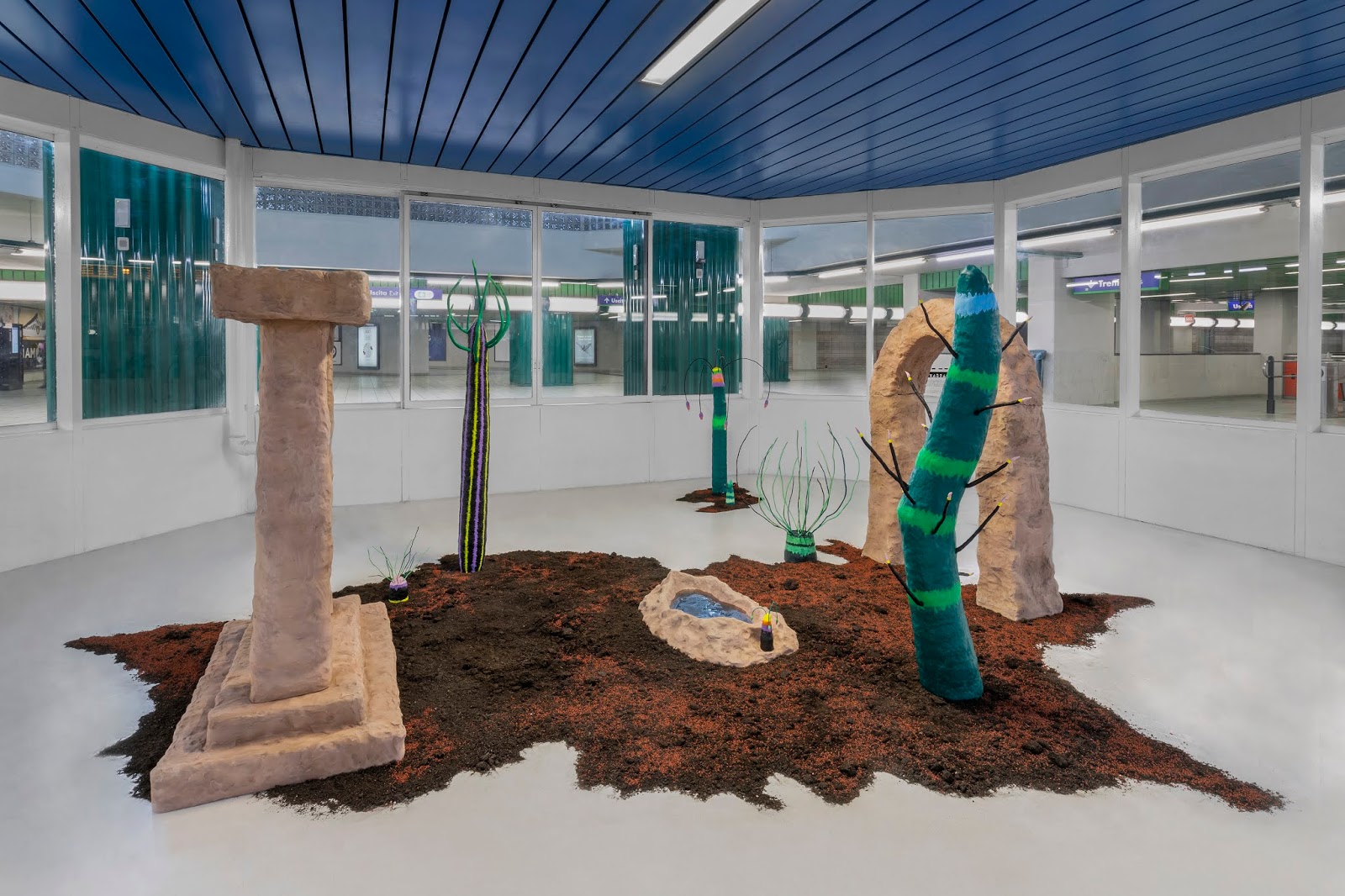 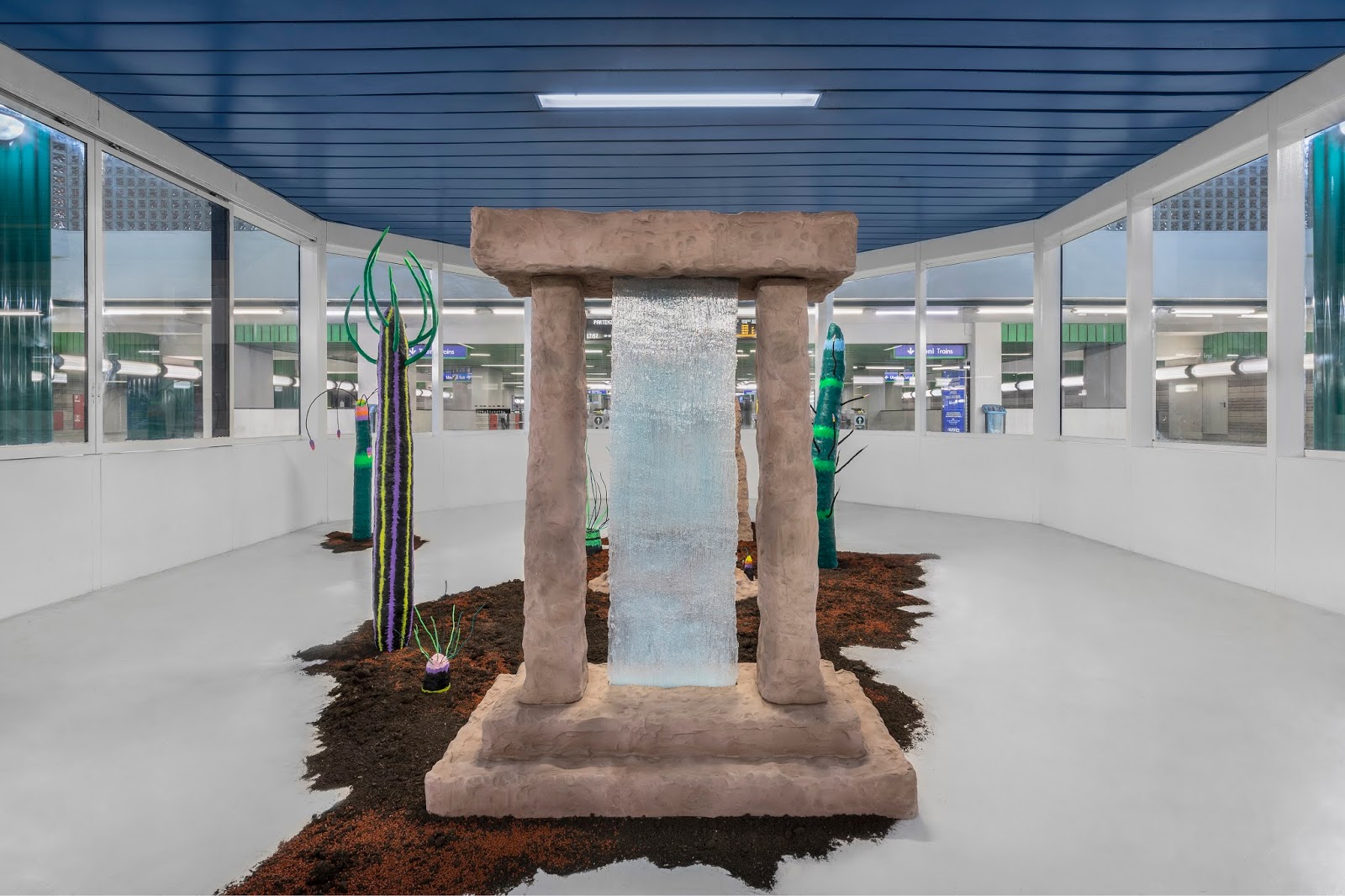 The site-specific work presents theories from german Rudolf Otto, contained in Il sacro (1917). The book written by the theologian and religious historian analyzes the question of the divine in all its expressions, including the rational. The writer investigates the concept of “numinous,” the intuitable category of the sacred, but difficult to theorize. It is the effect of the “mysterium tremendum et fascinans” a terrifying and wonderful generating force that borders on the blind field of sacred feeling. The artist writes that La cerimonia dei misteri “derives from caerimonia, which in Latin describes sacredness and ritual, that in this case remains wrapped in a mysterious aura, in this setting bordering between the ancestral and the surreal. Through the inclusion of synthetic materials, the exhibition intends to reflect on the loss of the sacred vision of nature. The intent is to evoke a presence that hovers between human and divine”.
Giovanni Chiamenti imagines spazioSERRA as a sacred place, with its octagonal form that recalls the baptisteries. Within it, he places three structures made of ceramic: an altar, a source and an arch. These primitive architectural features are completed by artificial plasticine, resin and silicone devices that evoke a primordial and lush nature.
The artistic research of Chiamenti also examines the theory of the Anthropocene, a term coined by the Nobel Prize for chemistry Paul J. Crutezen and which indicates the geological era in which we live. According to the Dutch scientist, humans, with our technical revolutions, have changed the territory we live in to the point of generating a new epoch in which the climate and structures of the Earth are altered with respect to their normal course. SpazioSERRA’s current exhibition season continues with a series devoted to Horror Vacui, the topic selected for this year call for artists. The venue hosts the first solo exhibition by Giovanni Chiamenti, a young art graduate from the Master of Painting at the Brera Academy of Fine Arts in Milan.