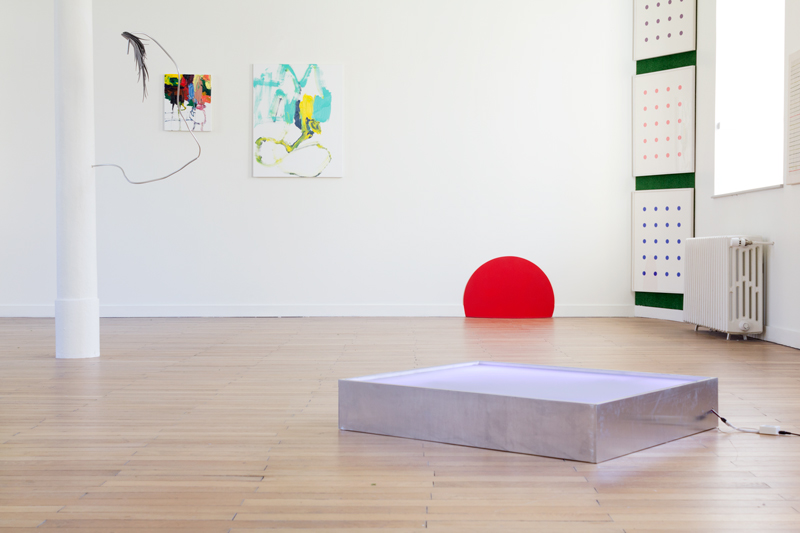 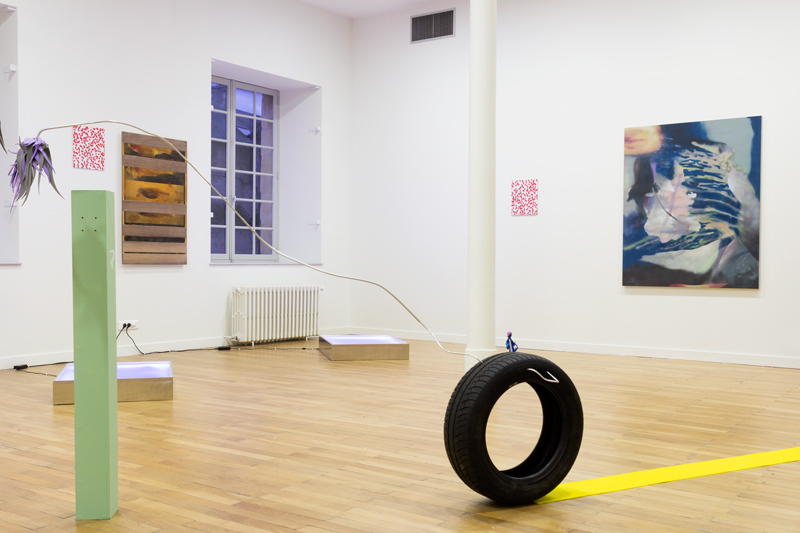 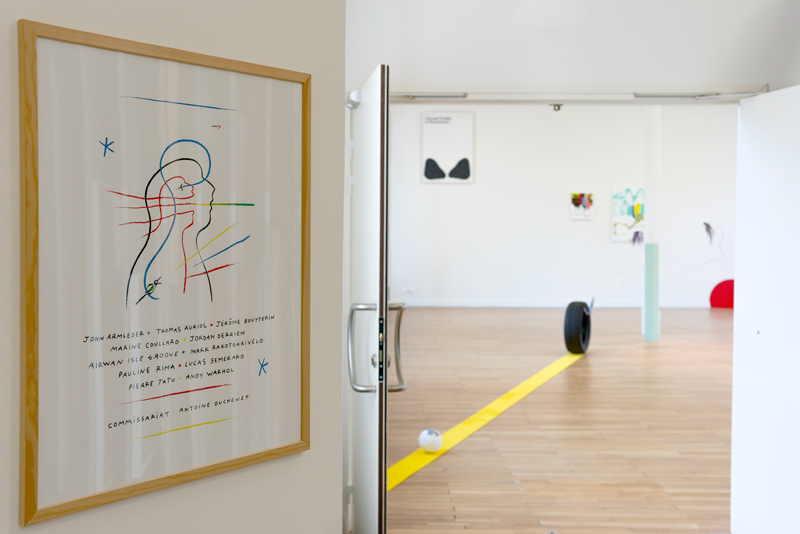 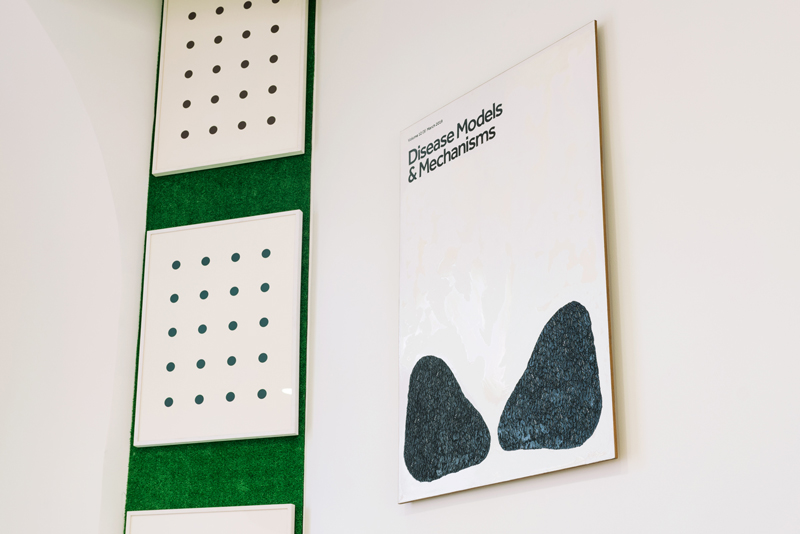 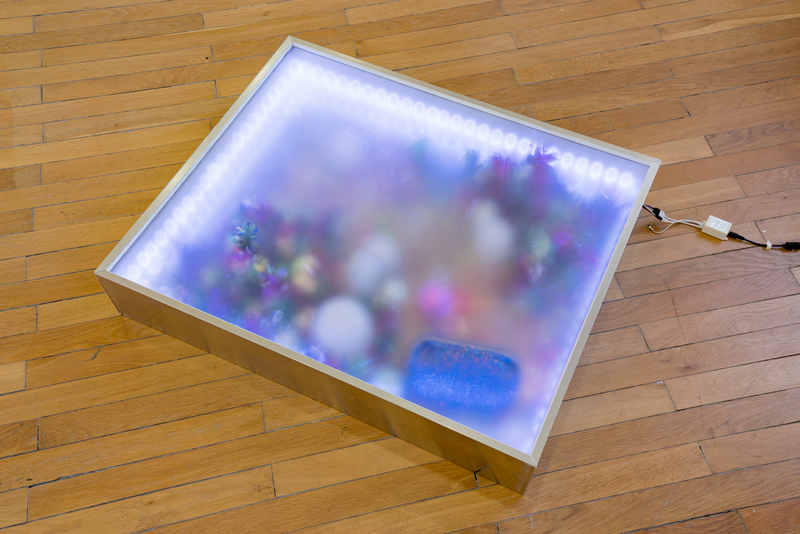 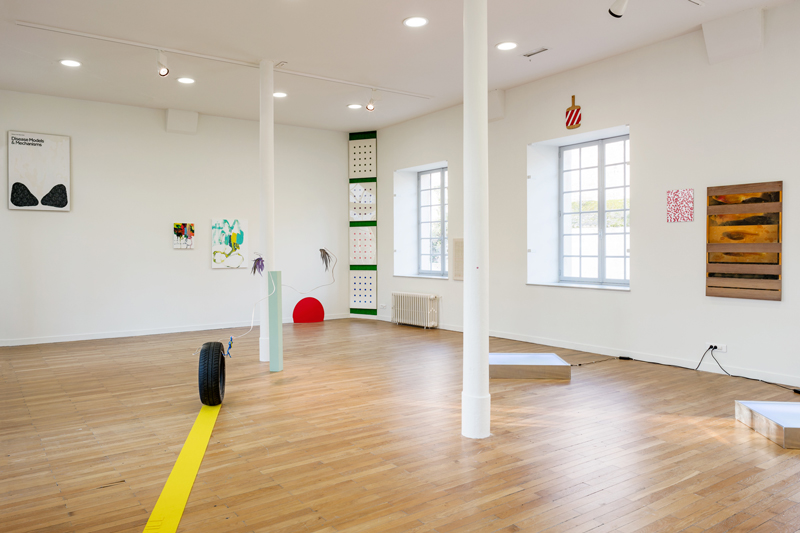 
Promise of good sense, nonsense, challenge, right word, generic code, wise quote, up-to-date injunctions, or pirouettes directed to the happy few… to each their own style, moderately appropriate, held back, depending on the tickling completeness of what will be clustering.
At the time I am writing these lines, a joint agreement with Pierre Tatu confirms that the curator won’t have to provide the title this time, given that by setting the tone he comments again, surtitles… I therefore made the choice to entrust the title to Pierre, whom I know is prepared to understand with great acuteness what I would be surprised to have assumed ; and I will find this title thanks to him, as perfect as it will be, there side by side with these few lines, which he will undoubtedly escape with some evident grace.
If artists show greater interest for answers three, four, 12, 6, or worse even, forsake combinatorial art despite of the question of, restrain from responding to what I would like to detect without capturing, and guess that each occurrence here in the text has weight and skims its dangerous retraction as a tract, a must, a pattern… Then, how to defend, no, how to honour the qualities of these artists when derision lurks and threatens to pervade whoever confines the word as a trophy? What else to say if not: here, we furnish in order not to? What is there to say when colours change with each season, slowly renew themselves and never infringe the politeness of predictability. Peaceful picking, hassle free. Between Chrysanthemums and Clematis, Thematics would make for quite a pretty flower name. We would then carefully put them -these fragile thematics- away for the winter, lest their roots freeze too quickly.
Thomas would say that we are fumbling, John that we stutter and Andy would stammer when some peoples would worry about a profound lack of articulation, desperately trying to scan the labels without even taking the product into consideration. Lucas would have hung up, interrupted by Edz, and in Beverly Hills we would witness a collision caused by Jordan by throwing his iPhone with full force against the tinted windscreen of an idol in a Hummer. Pierre would have taken French leave. Pauline would sparkle behind Dolce & Gabbana's golden and crystal and would deliver ornated flowerbeds at the mercy of her hair straightener. Mark, on the other end of the line, would have strangled the pantomime that Marine skilfully compelled to an anonymous silence. Airwan would have drawn other lines, between Antwerp, Pont Neuf and Pont Marie to make us vibrate more than Jérôme would need, to lose the methodical rigour of these paintings by some frivolous, wild and exquisite reverences…
All there is left to say is that Benjamin Britten sounds better in autumn, that Lesly Dust’s autobiography, although entirely written using the conditional tense, still bears as an epigraph: Let them shout for joy, and be glad, those who find pleasure in my innocence and that I happily celebrate the circumstances that have lead to gather a selection of distinctive conceptions and passionately conflicting discourses, irreconcilable when it comes to art, they may well quarrel with each other, lean on each other, or stick out their tongue at each other, they never won’t be less of it.
Tags Airwan Isle Groove, Andy Warhol., athoteque, Daily Lazy Exhibition, Jérôme Boutterin, John Armleder, Jordan Derrien, Lucas Semeraro, Marine Coullard, Mark Rakotoarivelo, Pauline Rima, Pierre Tatu, Thomas Auriol
Newer Post Older Post Home