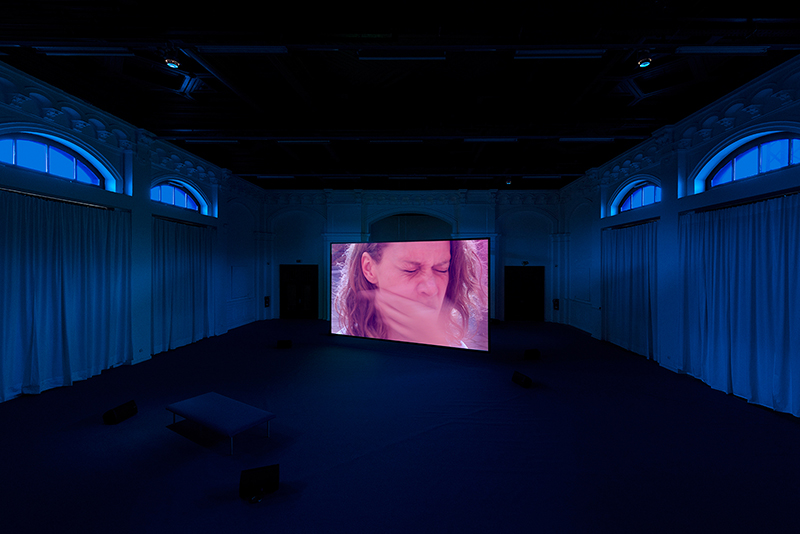 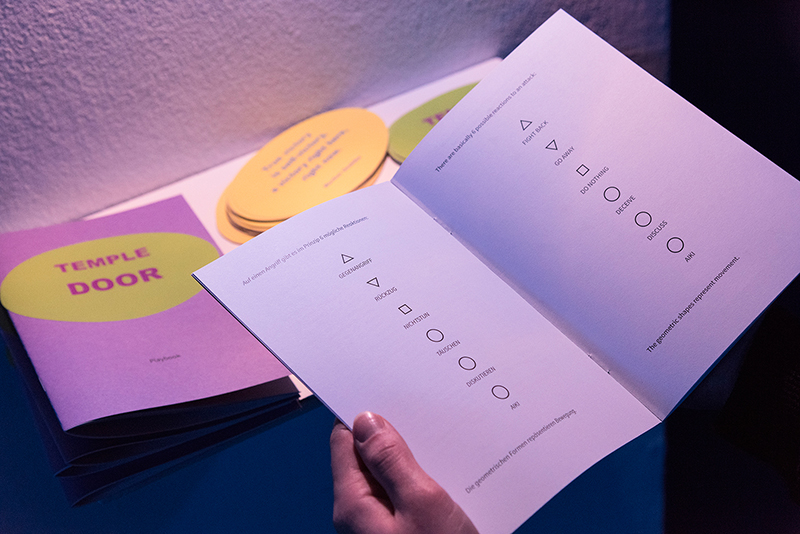 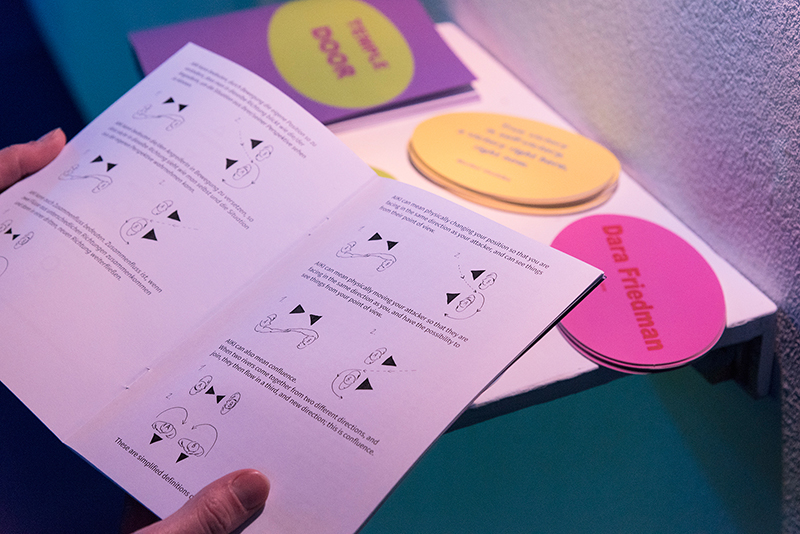 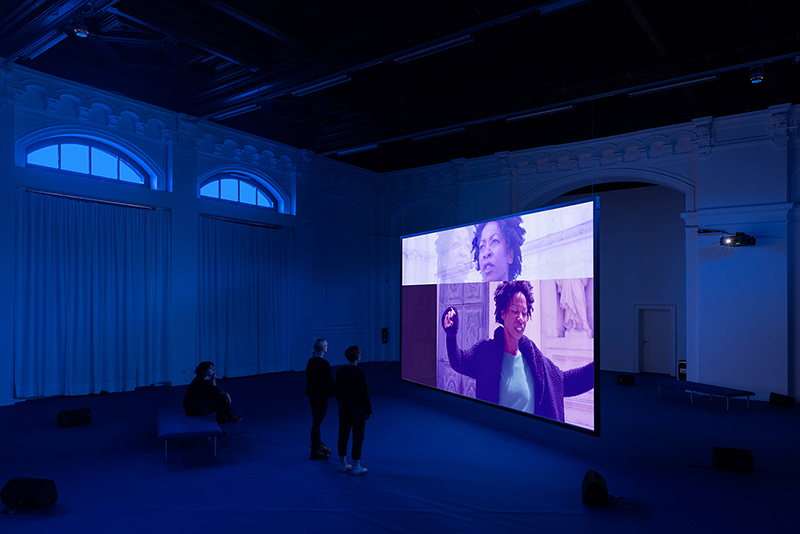 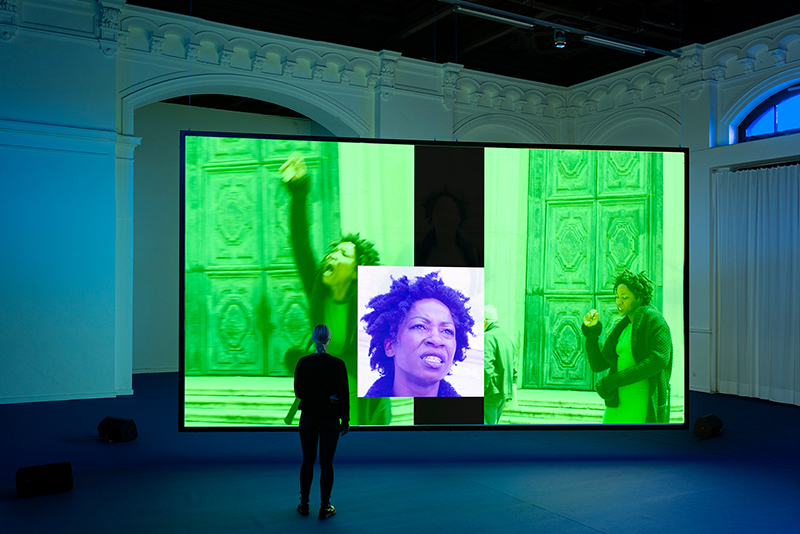 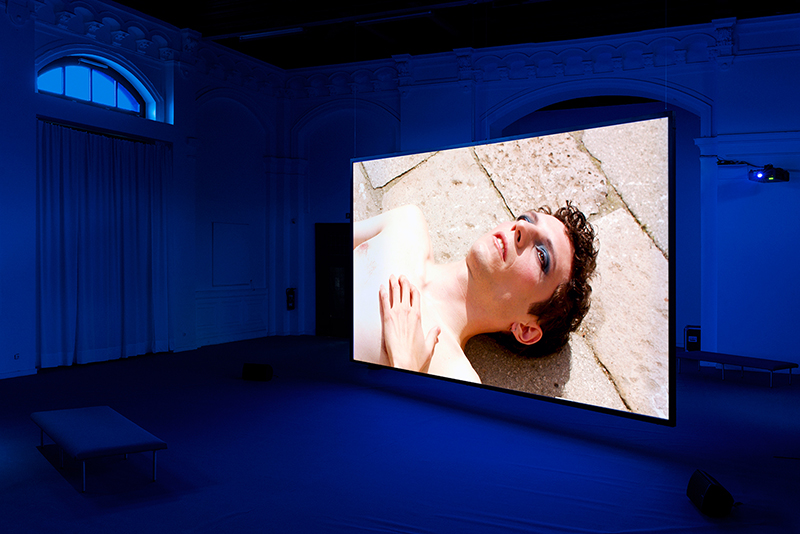 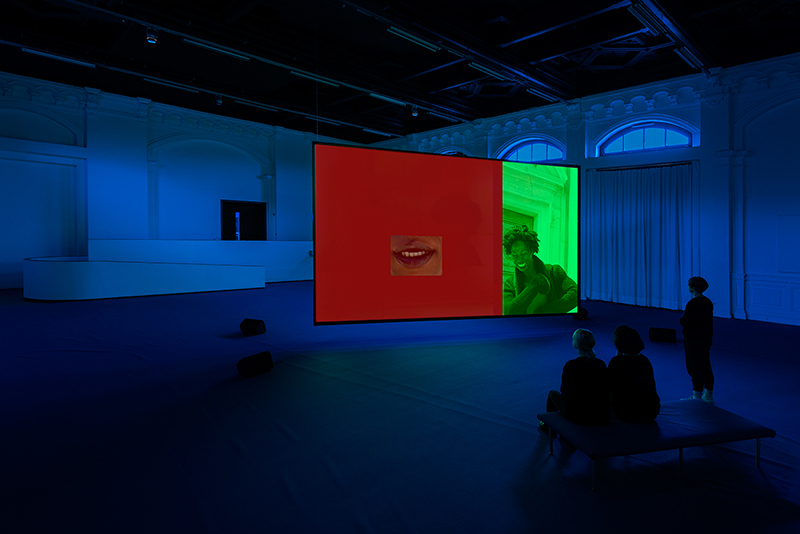 In a time marked by conflicts, Dara Friedman's new work, produced for the exhibition at the Kunstverein, Temple Door (HD-Video and Playbook, 2019) is dedicated to solving conflict. Guided by Morihei Ueshiba’s (founder of Aikido) credo that true victory is a victory over oneself, she examines the structures underlying confrontation, conflict, and negotiation. There is a tendency to structure everything in life as a competition: for the one side to win the other side must lose. The work strives to acknowledge that this is not true.
Together with the protagonists of the work, Friedman has developed a vocabulary of actions and reactions for Temple Door, with the three conflict situations focusing on the self, its history, and the complexity of its emotions. The protagonists act out confrontational scenes, blaming each other, becoming physical, and desiring to be seen and perceived. They develop gestures and actions in which confusion, anger, and frustration turn progressively into joy, with subject and body finding a new balance. Friedman’s use of video as a medium underscores scenic play, practice, the universality of the situations, and the subjectivity of her protagonists.
In an era marked by conflict, Friedman’s work opposes the superficial dichotomies of winning and losing. Temple Door strives via performance to demonstrate that true winning is mutual and requires a confrontation with one’s own fears.


Temple Door was filmed during a 7-day Artissima Experimental Academy workshop in May of 2019, together with the artist and biologist Daniela Marcozzi and the Aikido master Massimiliano Furlanetto. Artists and art students from Hamburg, Bremen, London, Frankfurt, Milan, and Los Angeles travelled to Venice and were key to the workshop. Participants themselves decided which conflict solutions would be developed and practiced, thus creating a psychodramatic setting in which personal conflicts were acted out – and ultimately allowing the participants to learn how the intensely personal is also supra-individual.

Dara Friedman (born 1968, lives in Miami) has for around 20 years been using amazingly simple and precise means to produce films about communication and thinking via and with the body. One major focus of her work is the subjectivity and role of the individuality of the individual in their relationships, both with public space with other people. Friedman largely works with dancers and actors who she casts less to occupy set roles and rather for their abilities to embody their own interests.

Friedman who was born in Germany and studied in Frankfurt at first, lives in the US where the internationally renowned artist had solo exhibitions among others at Museum of Modern Art, New York (2009), Contemporary Art Museum, Raleigh (2012), Hammer Museum, Los Angeles, Museum of Contemporary Art Detroit (2014), Aspen Art Museum and Perez Art Museum Miami (2017). In 2017 her catalogue raisonné Dara Friedman: Perfect Stranger was published by Prestel Verlag. In 2019 she was awarded as Guggenheim Fellow.