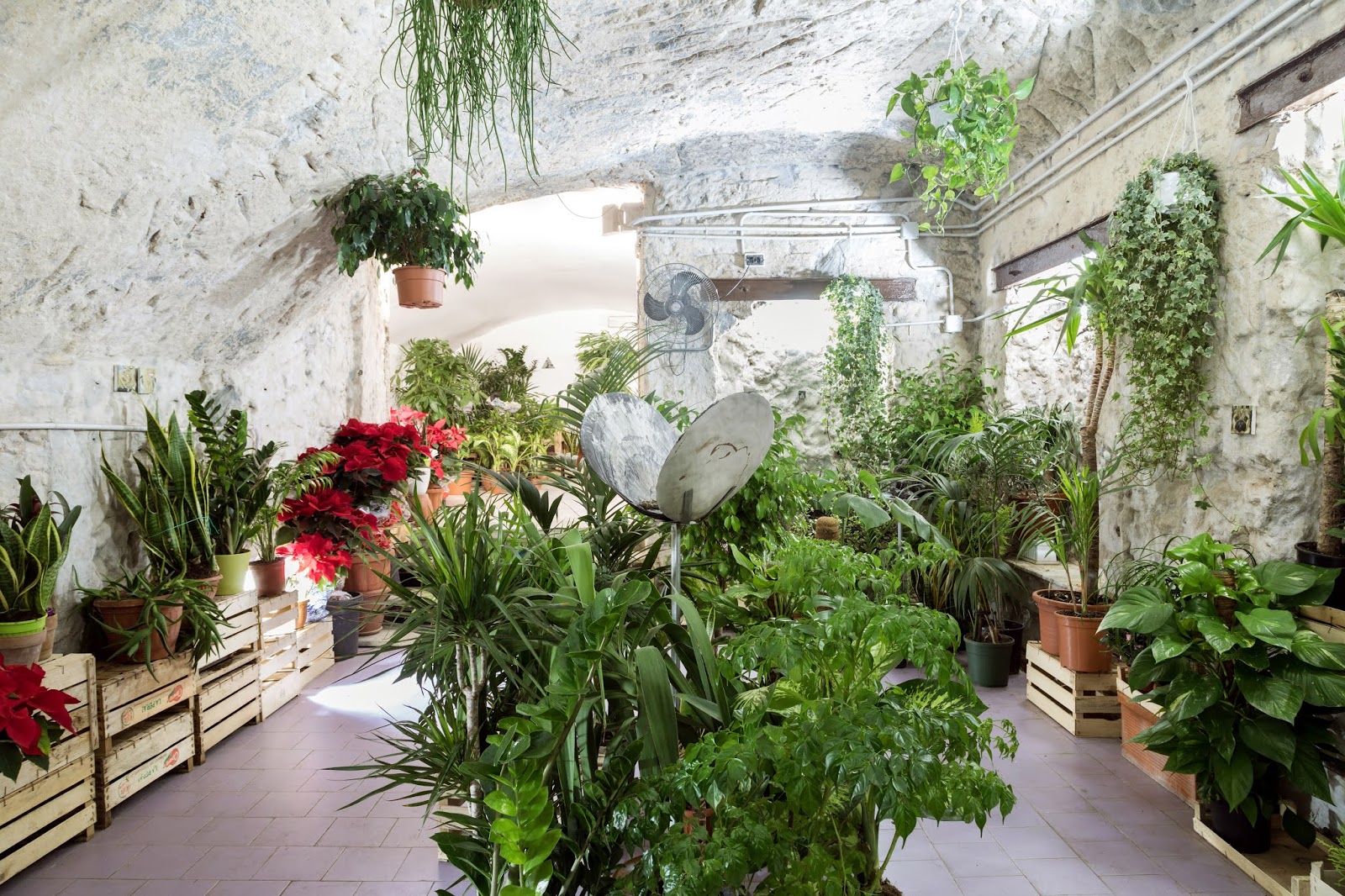 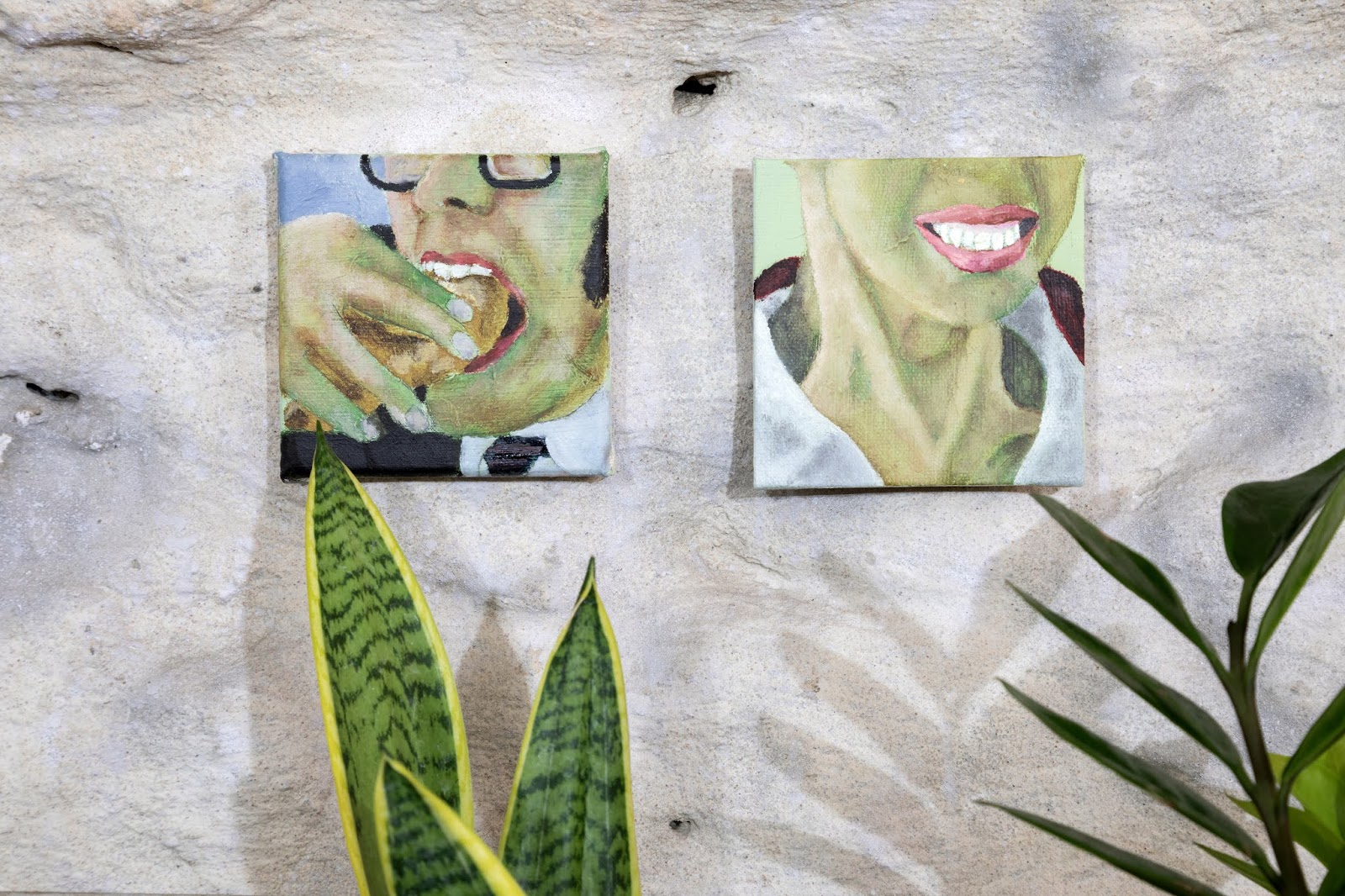 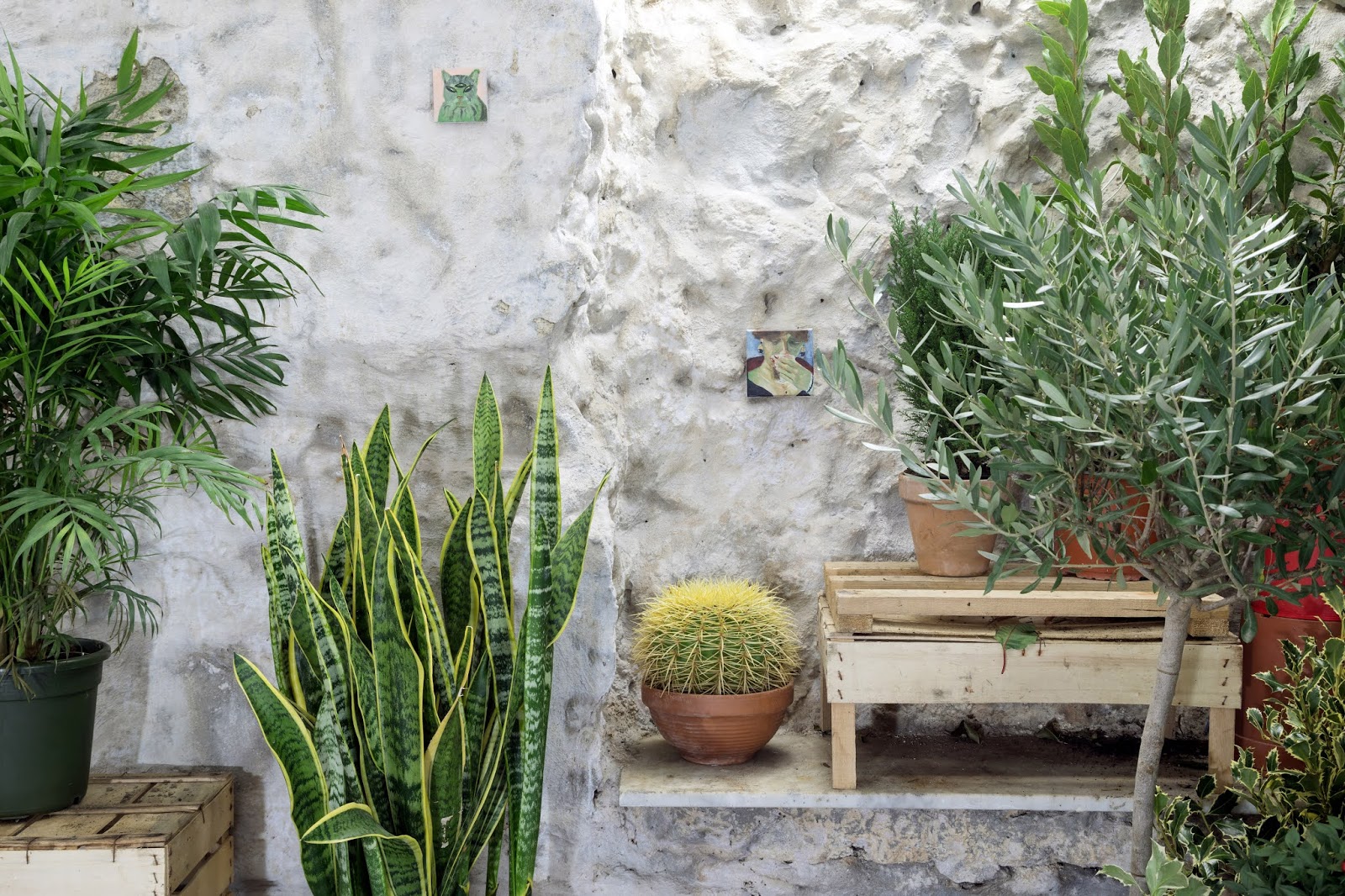 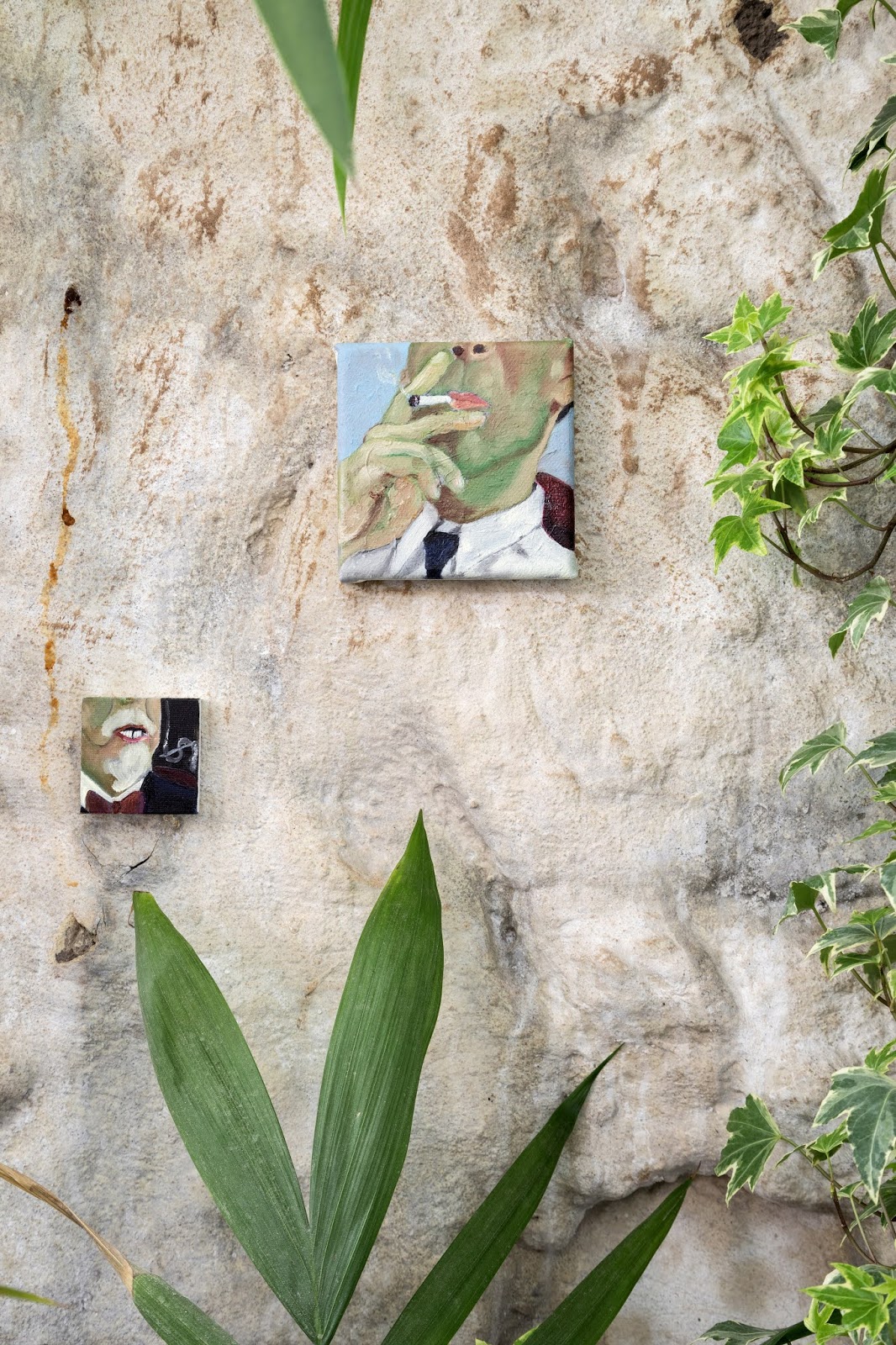 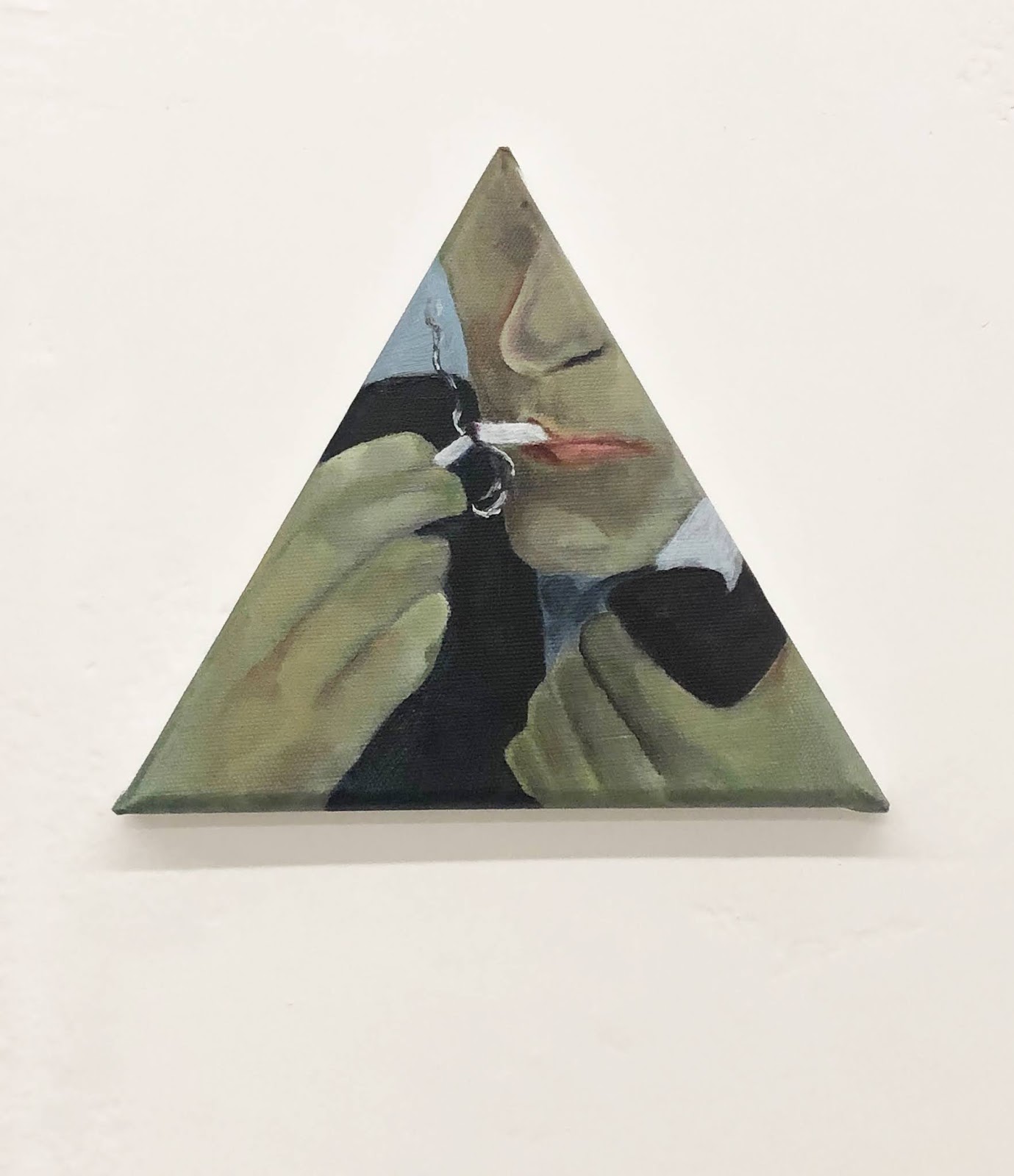 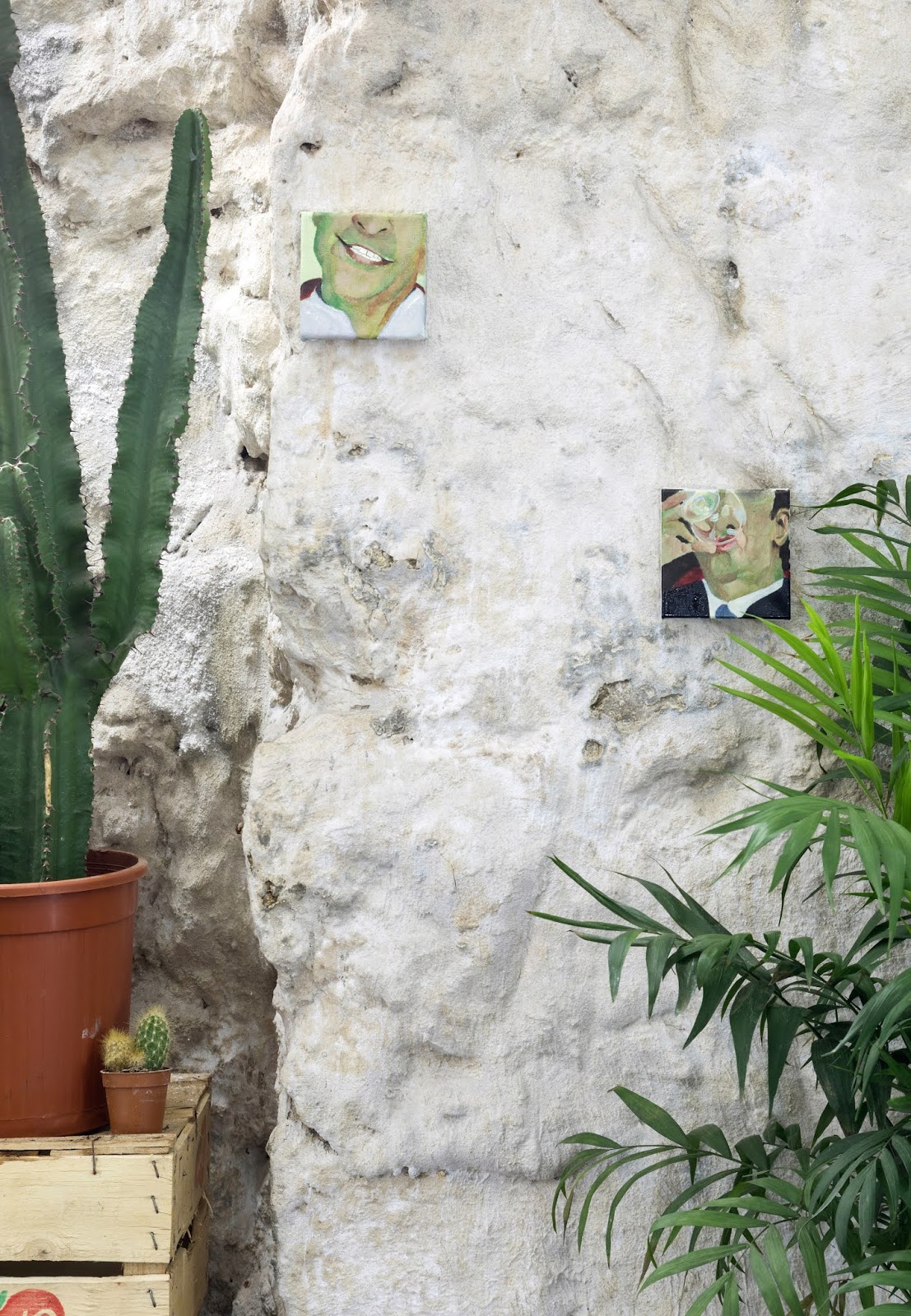 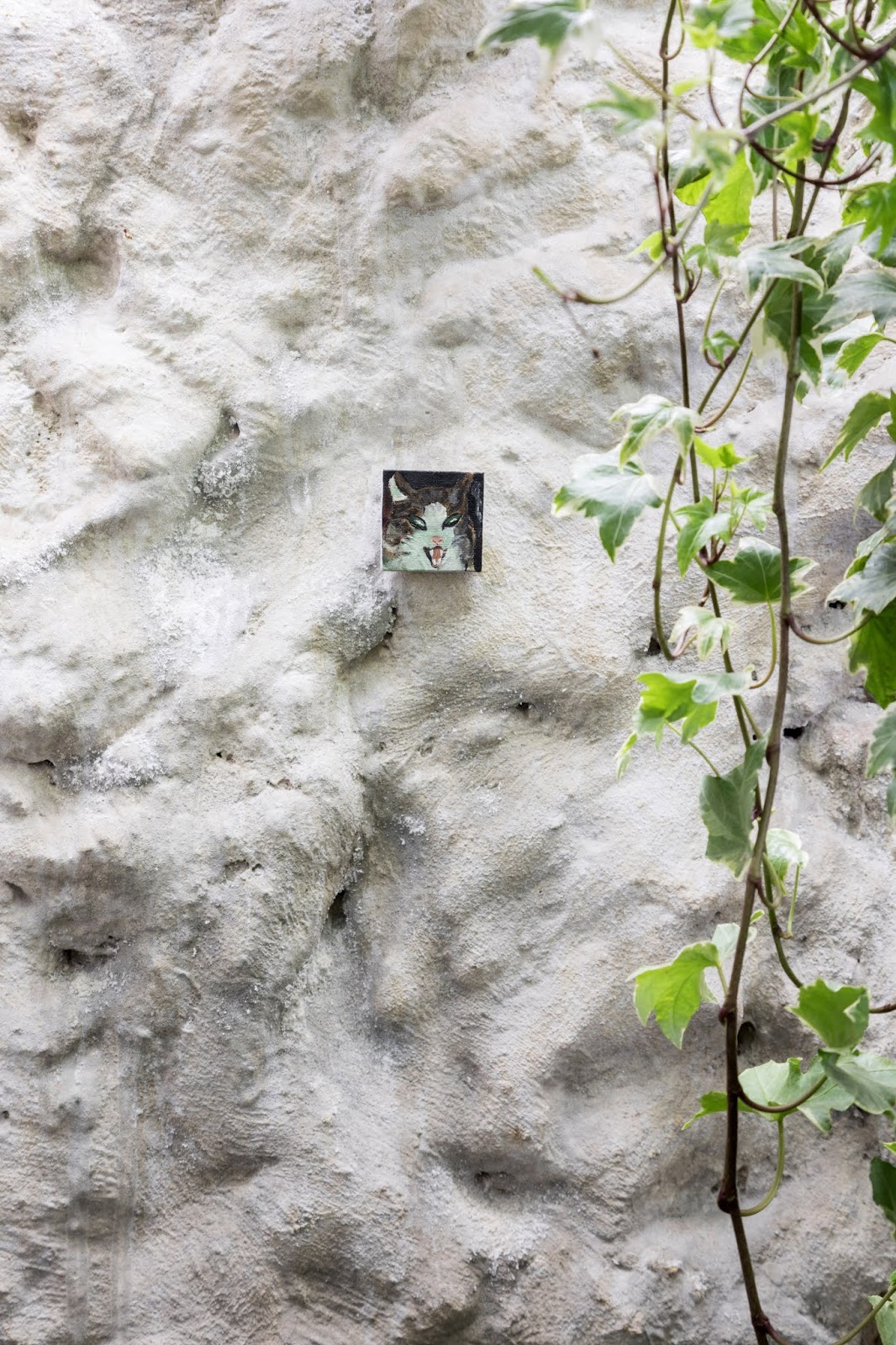 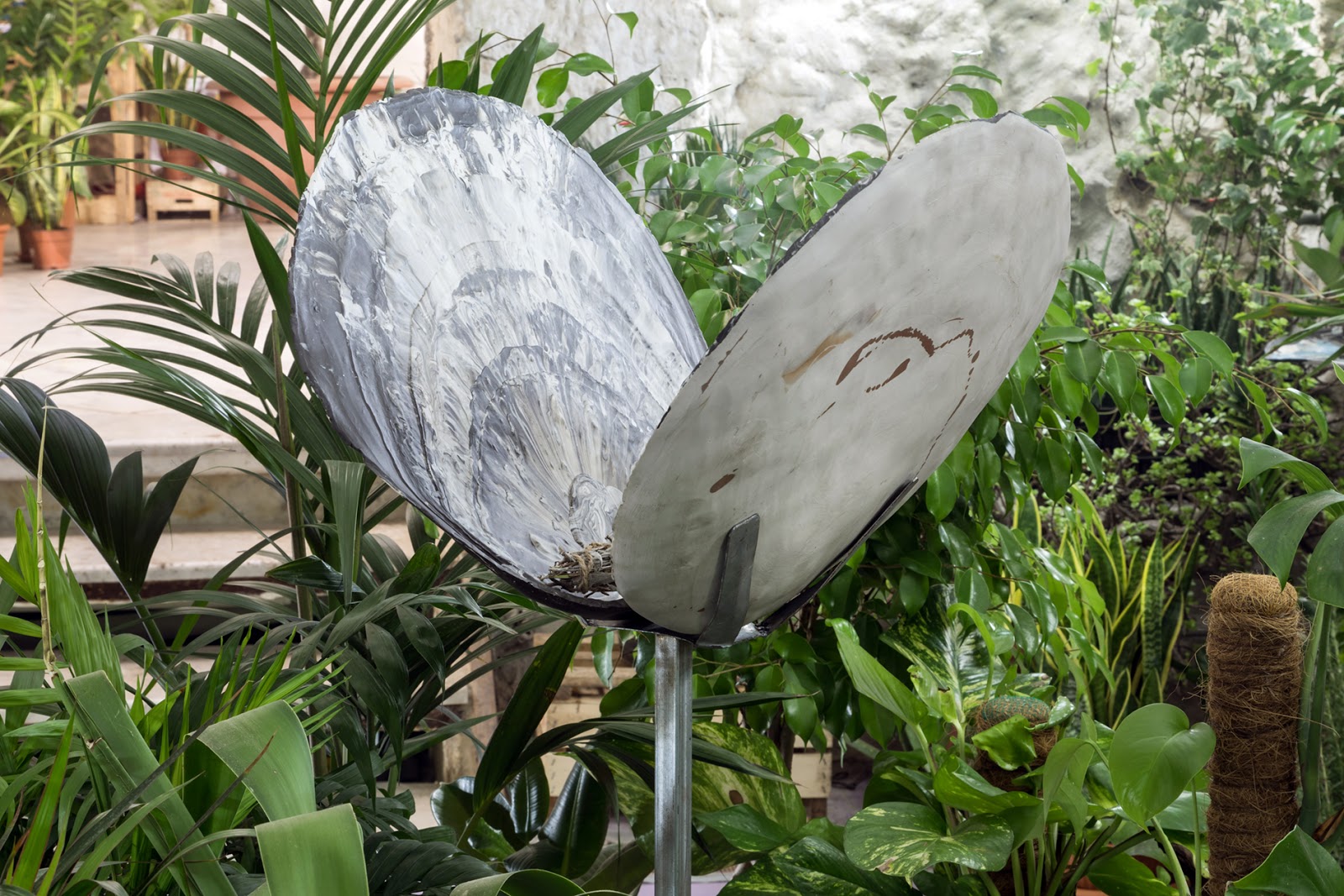 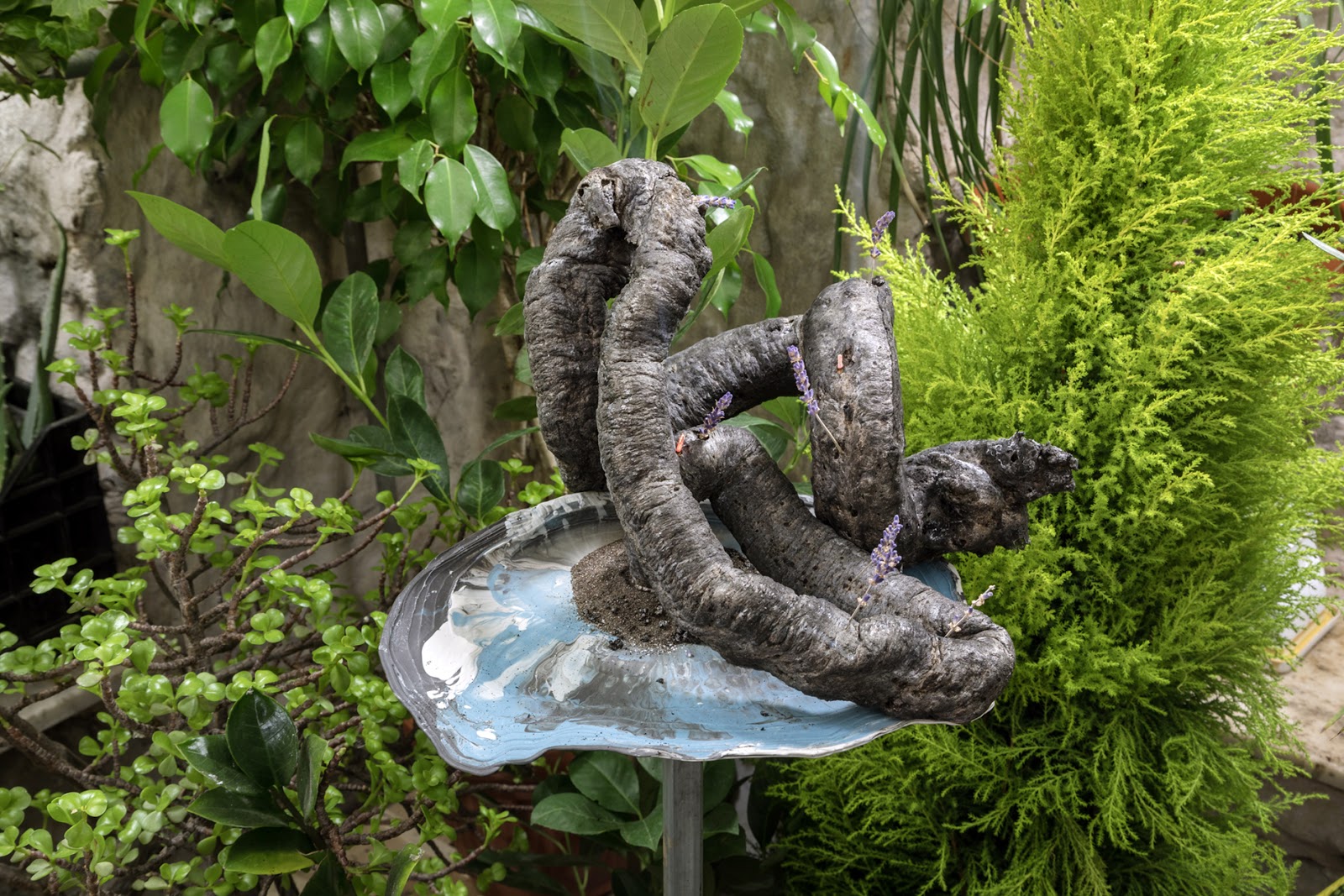 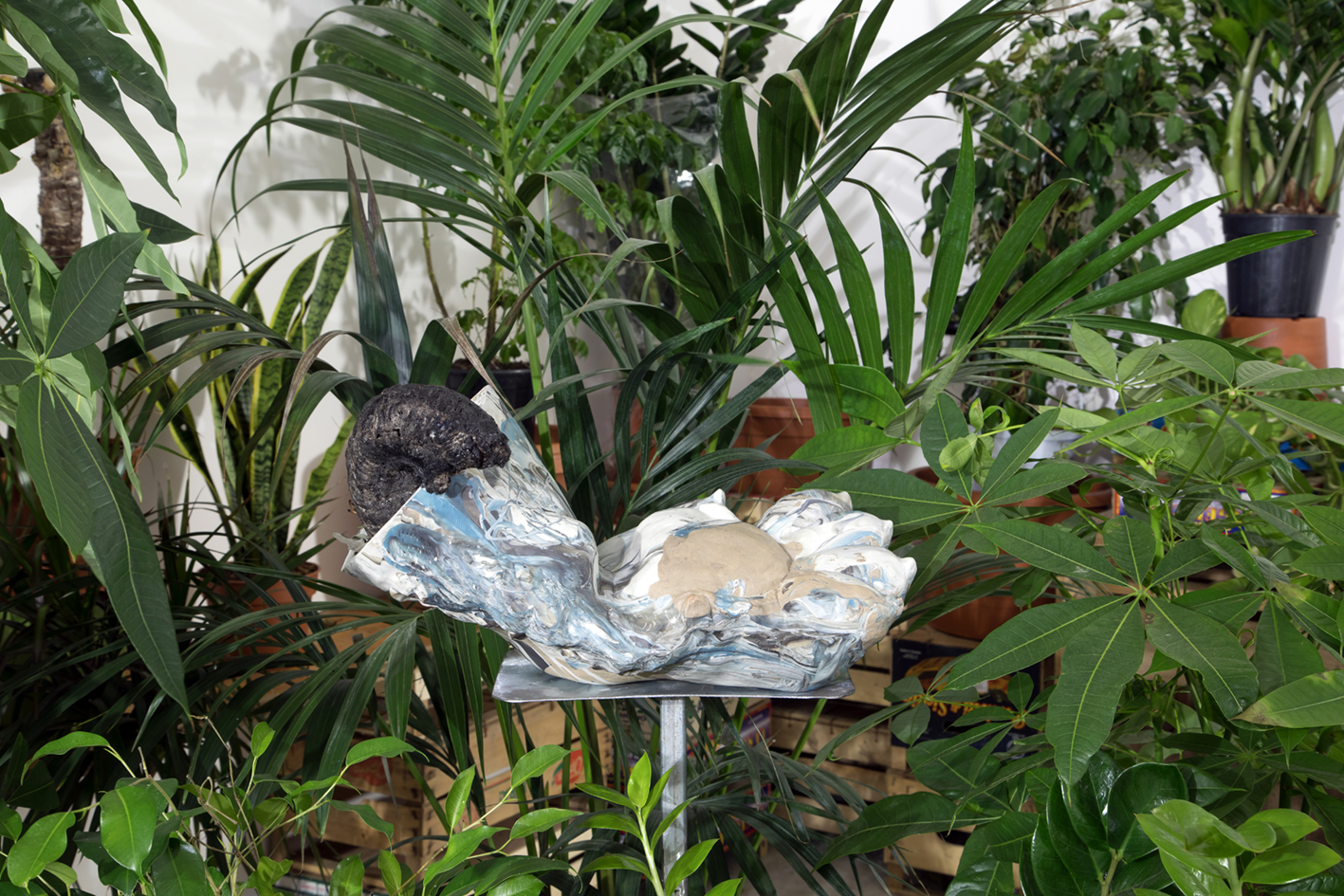 The show by Giorgia Garzilli and Effe Minelli, is a synchrony of opposite terms.The smoke is the fragile key to decode it.Thoughts around time and its flowing follow the structure of a chiasmus. If time is a concept: the narrative expands, dilated in Garzilli's small-sized canvases or in the immobile and fixed ambition of Effe Minelli’s shells and sculptures. If it is experience: sculptures undergoing a timeless extension, inhabited by leftovers of combustion, or the immediateness of the canvas-talismans, zoo- ming on eyeless, cut-up faces, and mouths opened in fake smiles.

A rite of passage could also be the key. Yucca or the dry Acquarium (Giorgia Garzilli, 2019) tells the hallucinatory story of The King Shit (Il Re Merda), a Chinese mandarin and others. It is loosely based on the Turandot, who tests her suitors with three riddles. Eric Mostruosa Reginae (Effe Minelli, 2019) is a feline paw, soft and violent, simulacrum of a fragile injured arm. It is the remain of a transformation ritual, it contains traces of putrefaction/ purification liturgies.
Perhaps the best method is, instead, portability.The sculptures are wearable architectures, at first prostheses for a dis-identified body, skeletons of sub-marine archeology; now shelters for spongy hermit crabs, sugar flowers obtained from the combustion of baking soda, crumbly monsters and smoky spirits.They have their own auto- nomy: they are remains and they will be found. The canvas-talismans fit comfortably in a pocket.They are inha- bited by zombies, describing images of alterity. Garzilli’s canvases thus reveal an alternative possibility: being hel- pless and unconscious observers, acting as a pack, eroding the very idea of the future.They depict risk, beco- ming amulets to be used as defense strategies - after all, visibility guarantees recognition.
Outside our basements, in some areas, the lakes had dried up, exposing the baking soda to the heat of the sun. Thus shapeless worms arose, organisms that collapsed into crumbs with a single touch. Once the crumbs touched the ground, the chemical process begun again. As for us, we were harmless undead bodies.