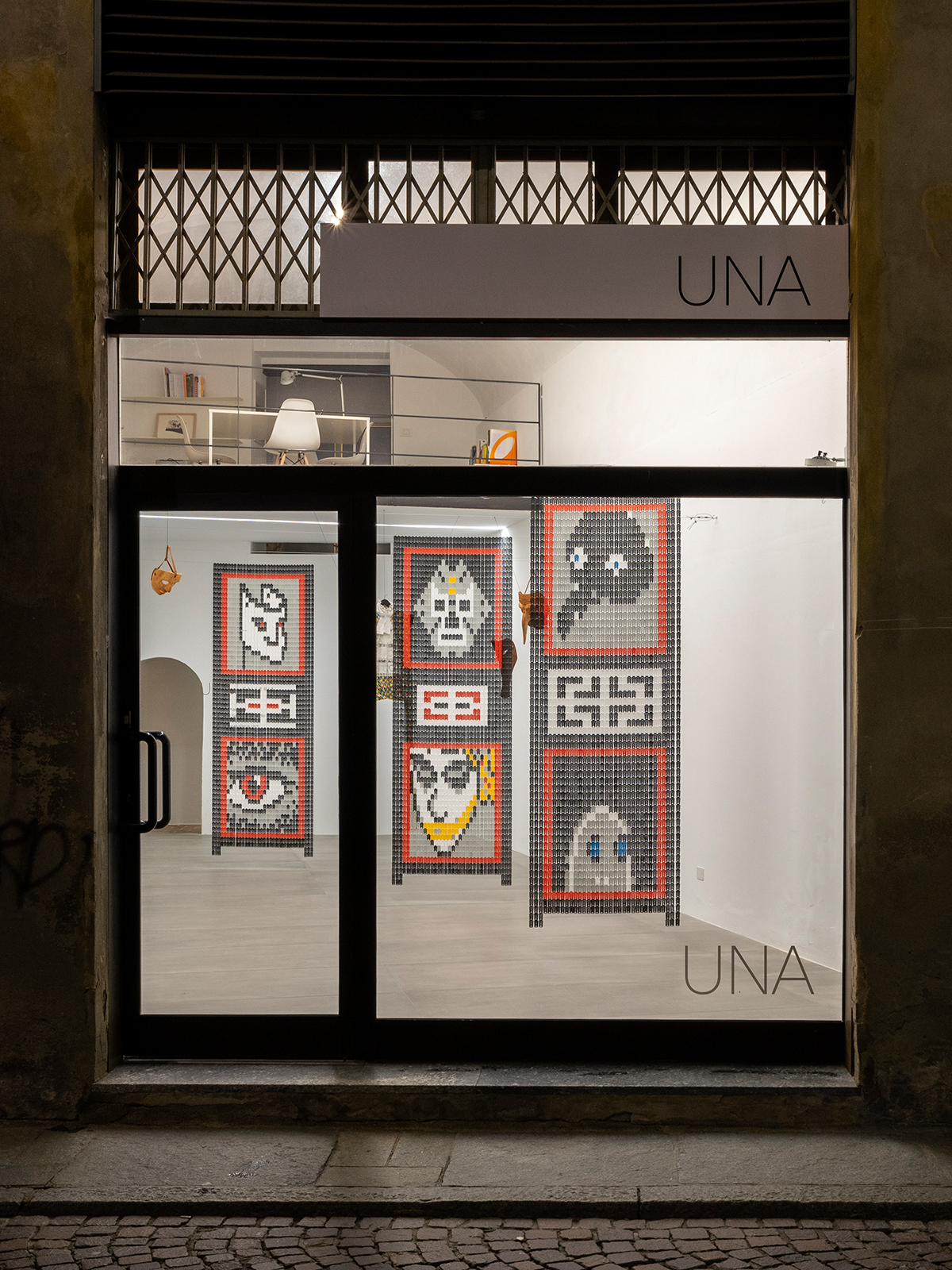 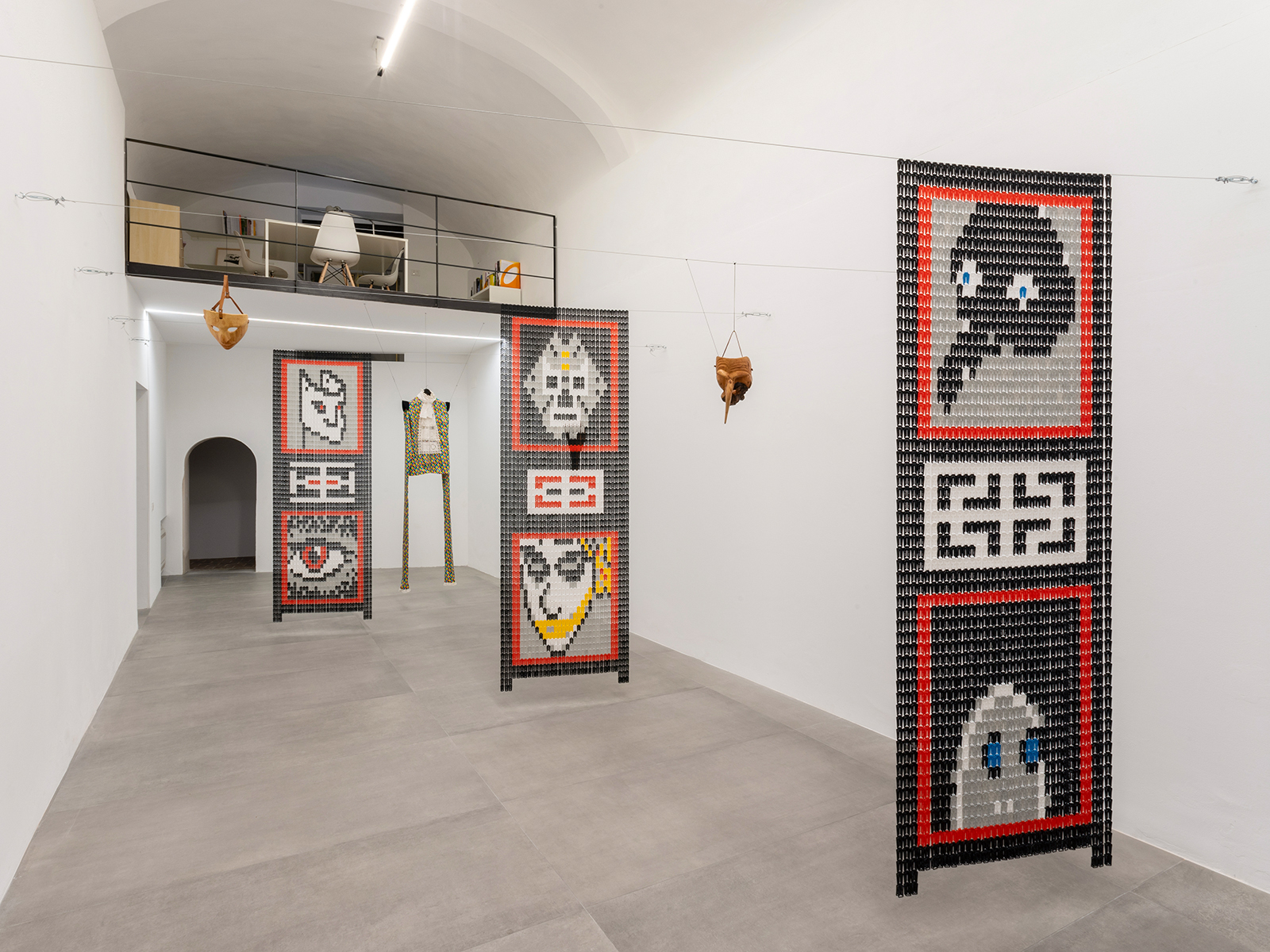 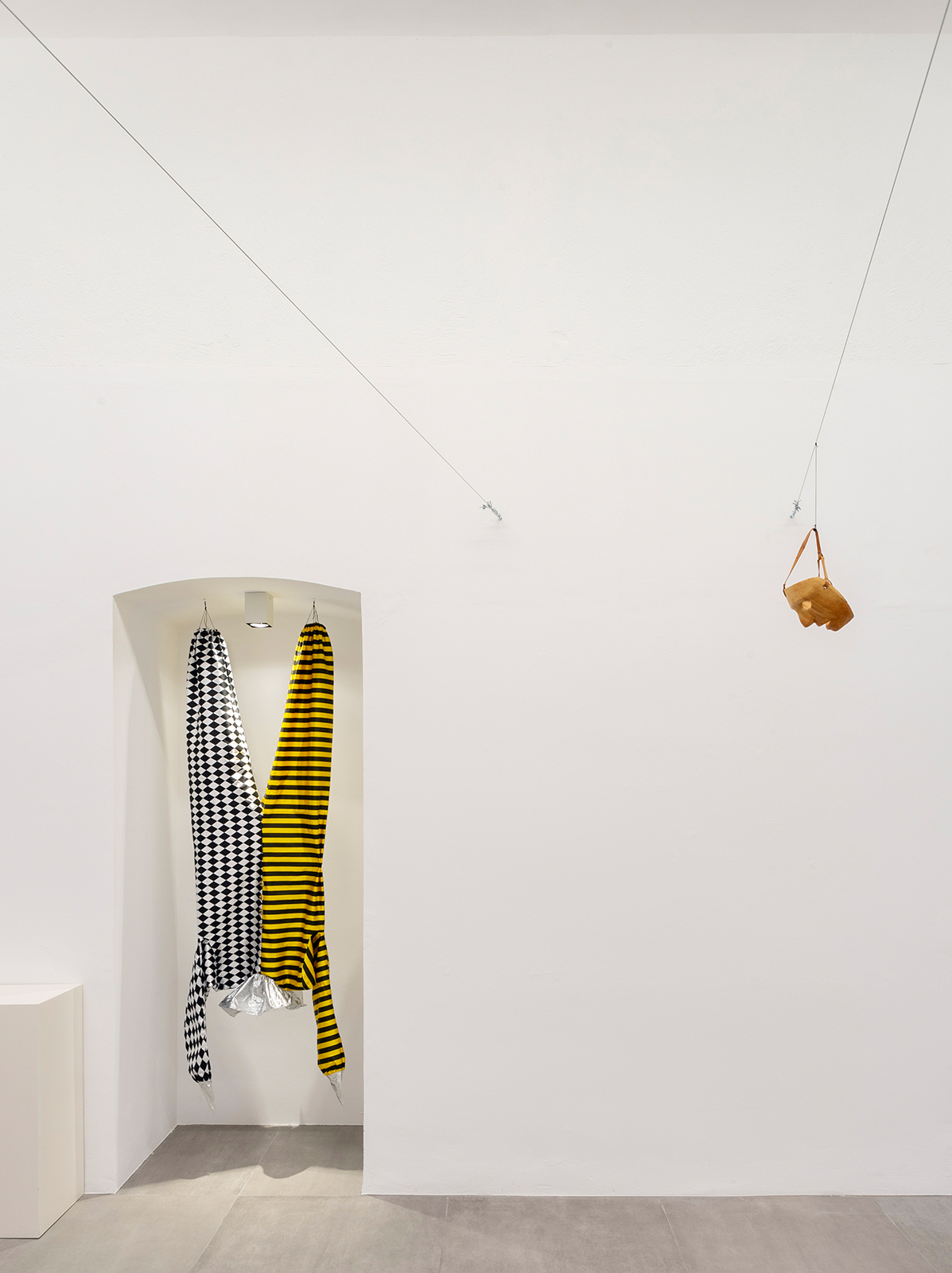 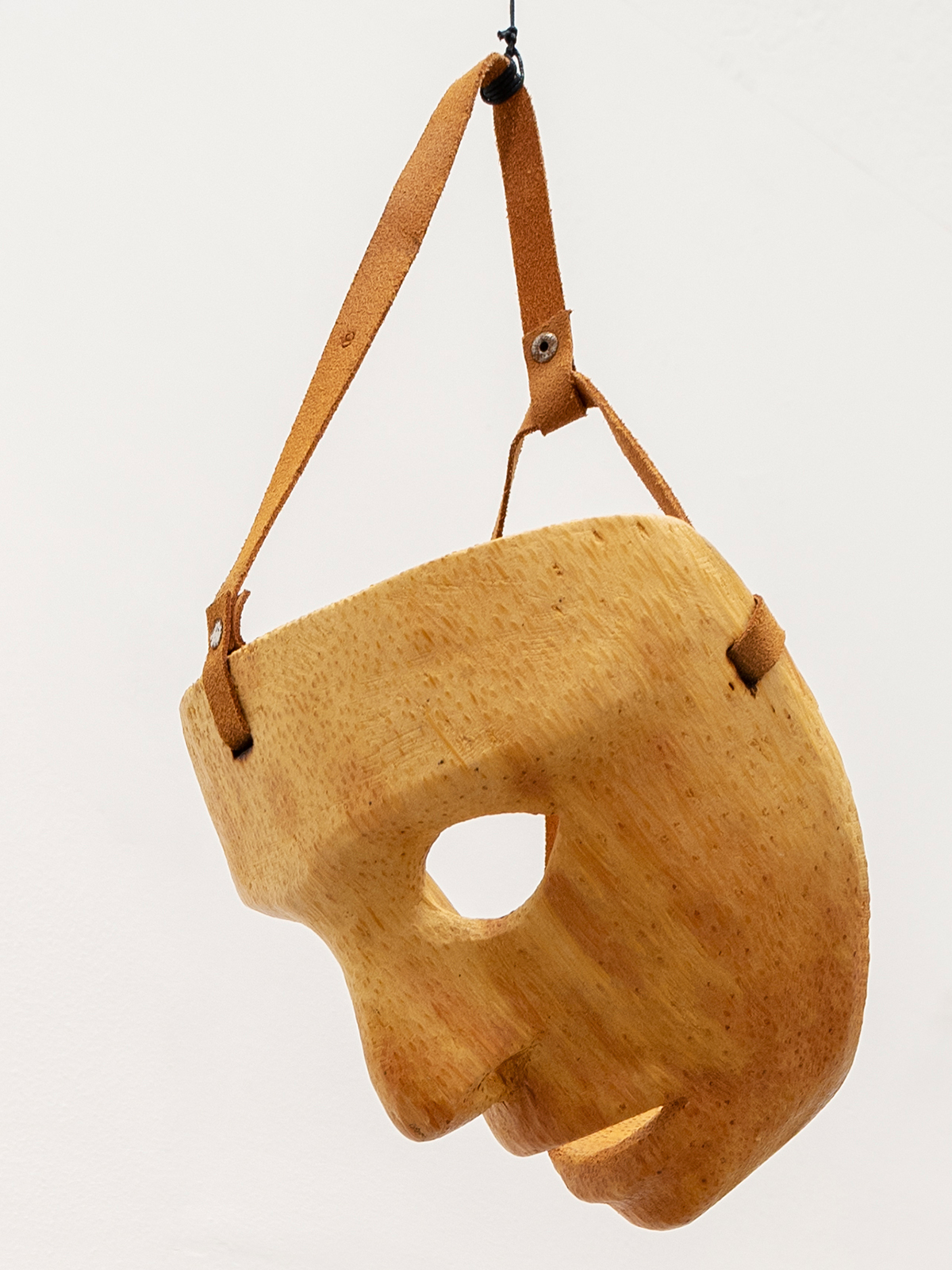 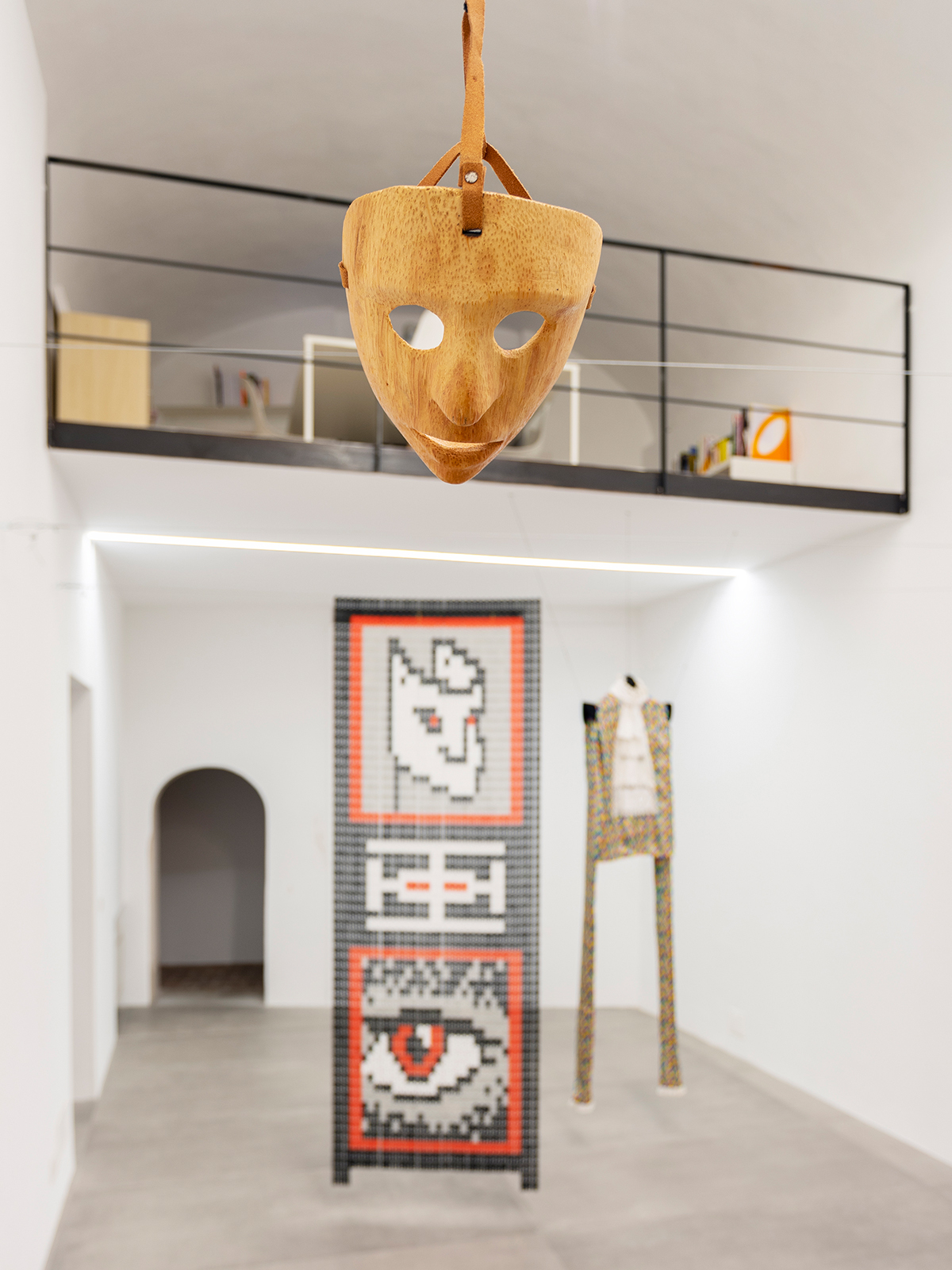 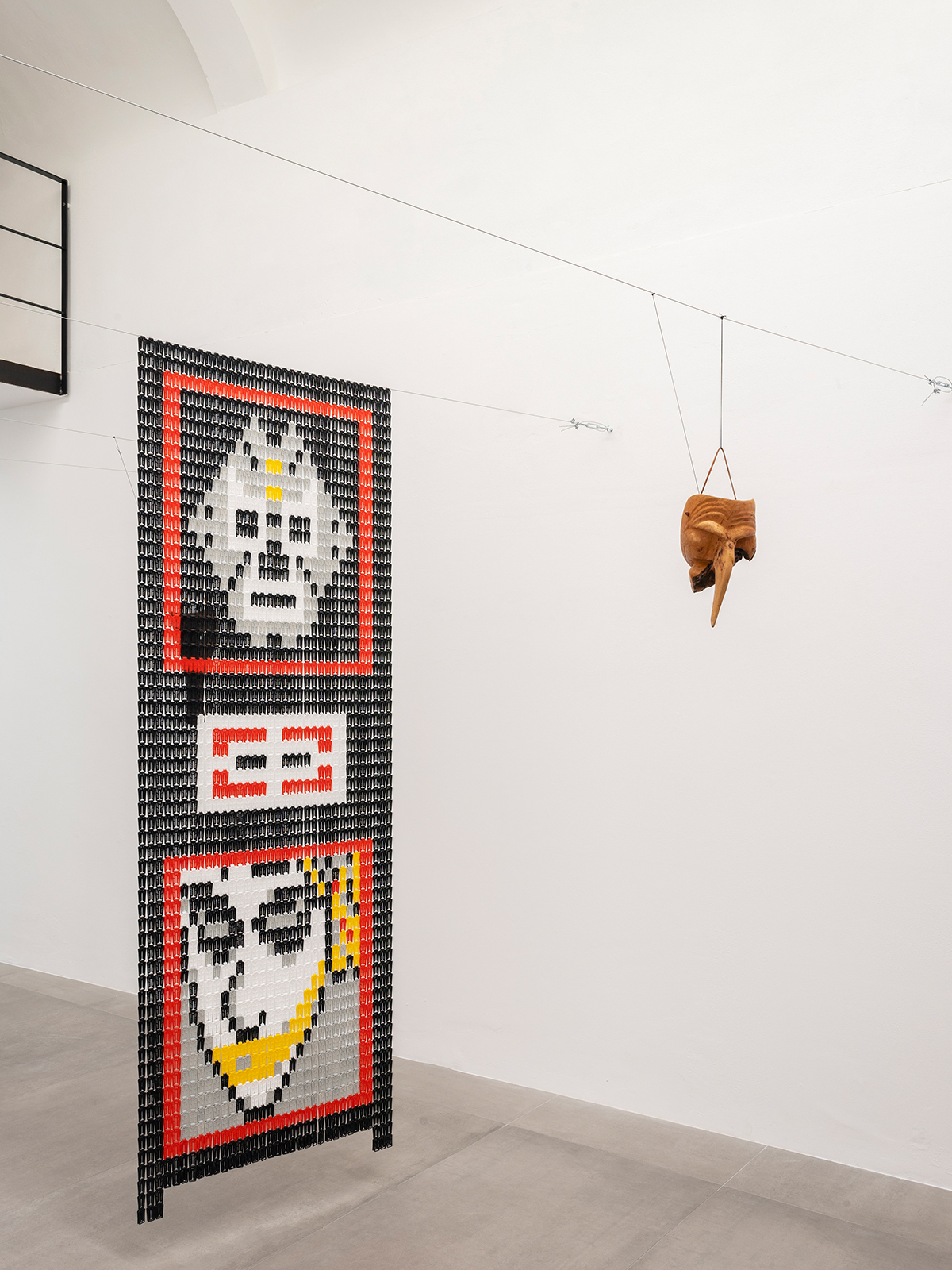 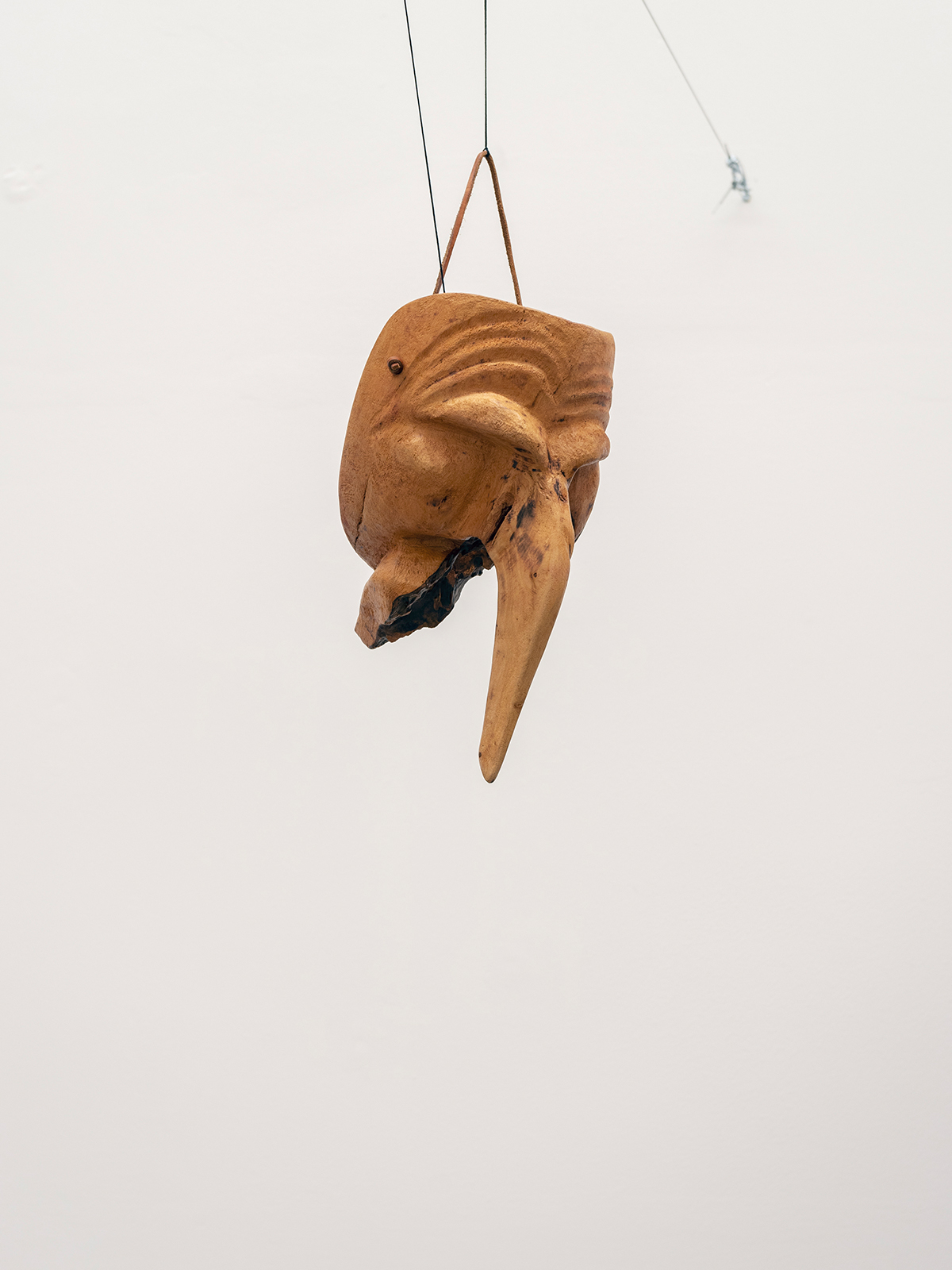 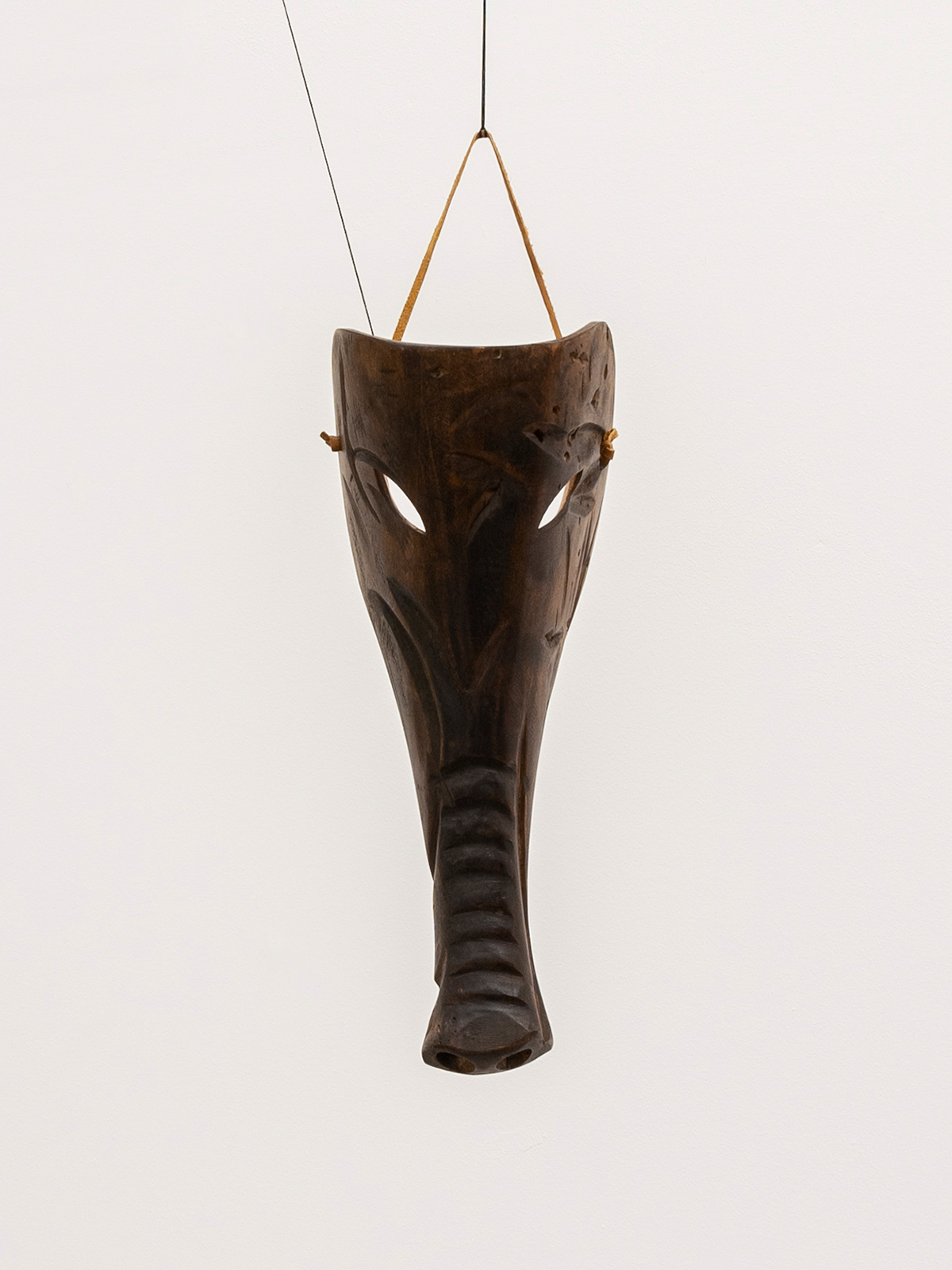 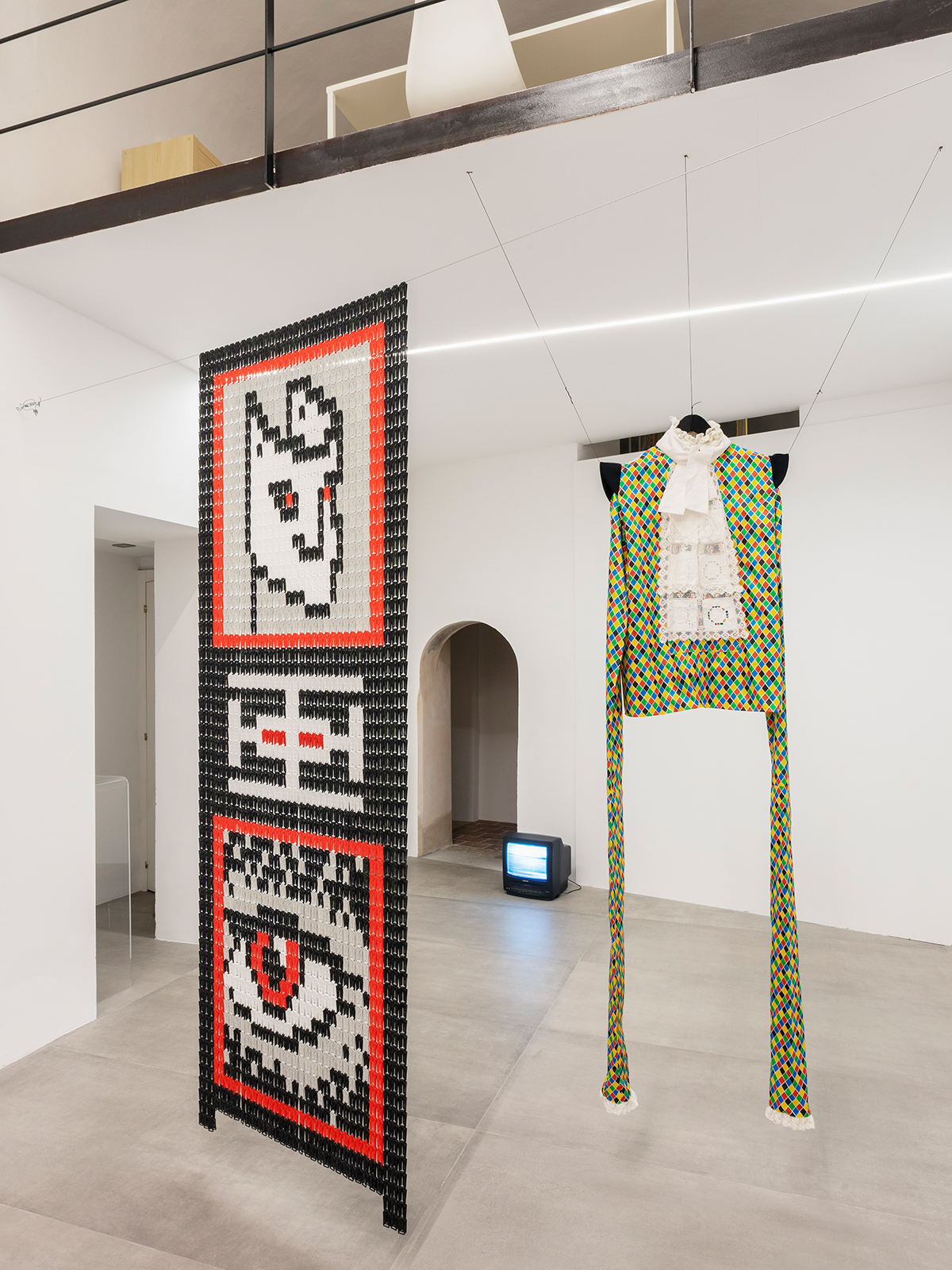 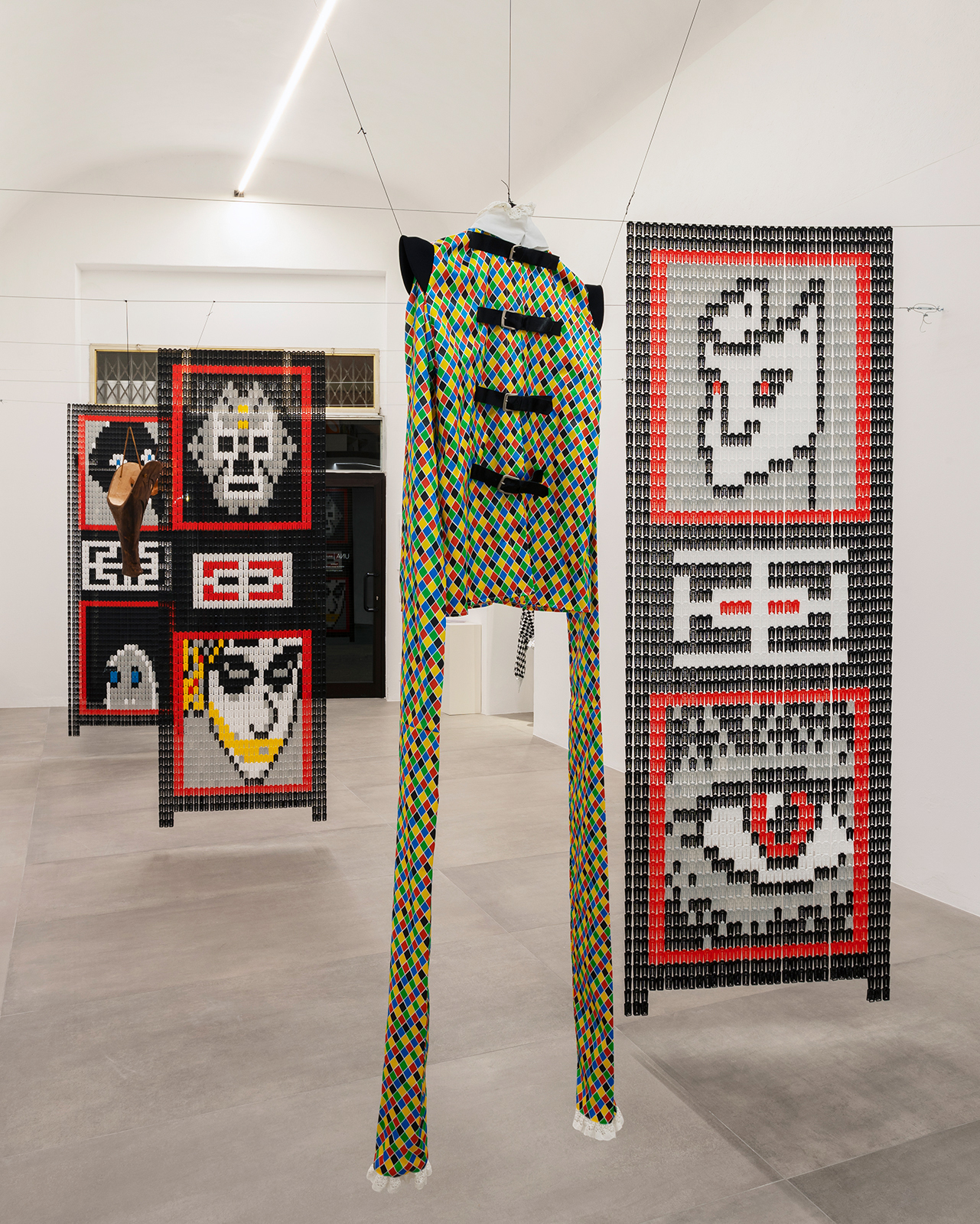 UNA is delighted to present Ecfrasi, a solo show by Riccardo Giacconi.
The exhibition presents an immersive installation featuring various moments of Riccardo's recent research: excerpts from his film dedicated to Italian singer-songwriter Alberto Camerini, wooden handmade masks carved by craftsmen from Barbagia (central Sardinia); a series of stage costumes, three plastic curtains inspired by oriental folding screens.
These works suggest a possible resonance between the artistic career of Camerini and the so-called “riflusso”: a general resignation to the private sphere and a concomitant political and social disengagement that characterized the transition from the 70s to the 80s in Italy. The installation evokes the various personae embodied by the singer-songwriter – a Harlequin, a cyber-punker, a robot.
The artworks are arranged in the exhibition space as props and backdrops, before or after a performance. The bright colourful costumes conceal unexpected cuts and pleats; the masks, pockmarked and carved in a wood devastated by insects, reveal an abiding interest in bodily deformations and constrictions.
Ecfrasi [Ekphrasis: description of an image] is an exhibition curated by Andrea Tinterri about the attempt to inhabit an other body, which has been constructed through make-up and disguises, symbols and gestures.