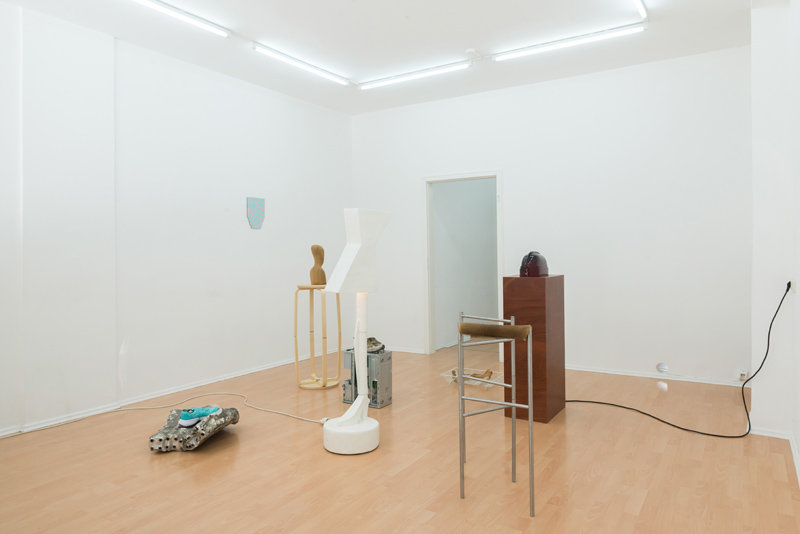 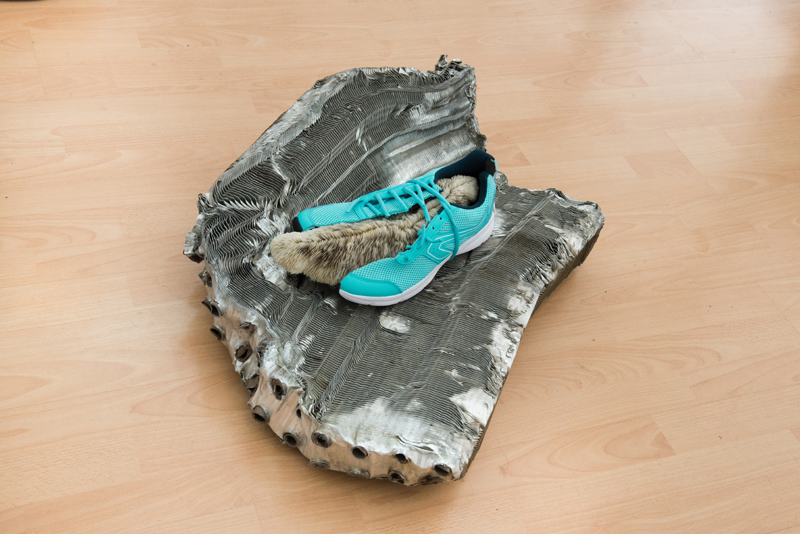 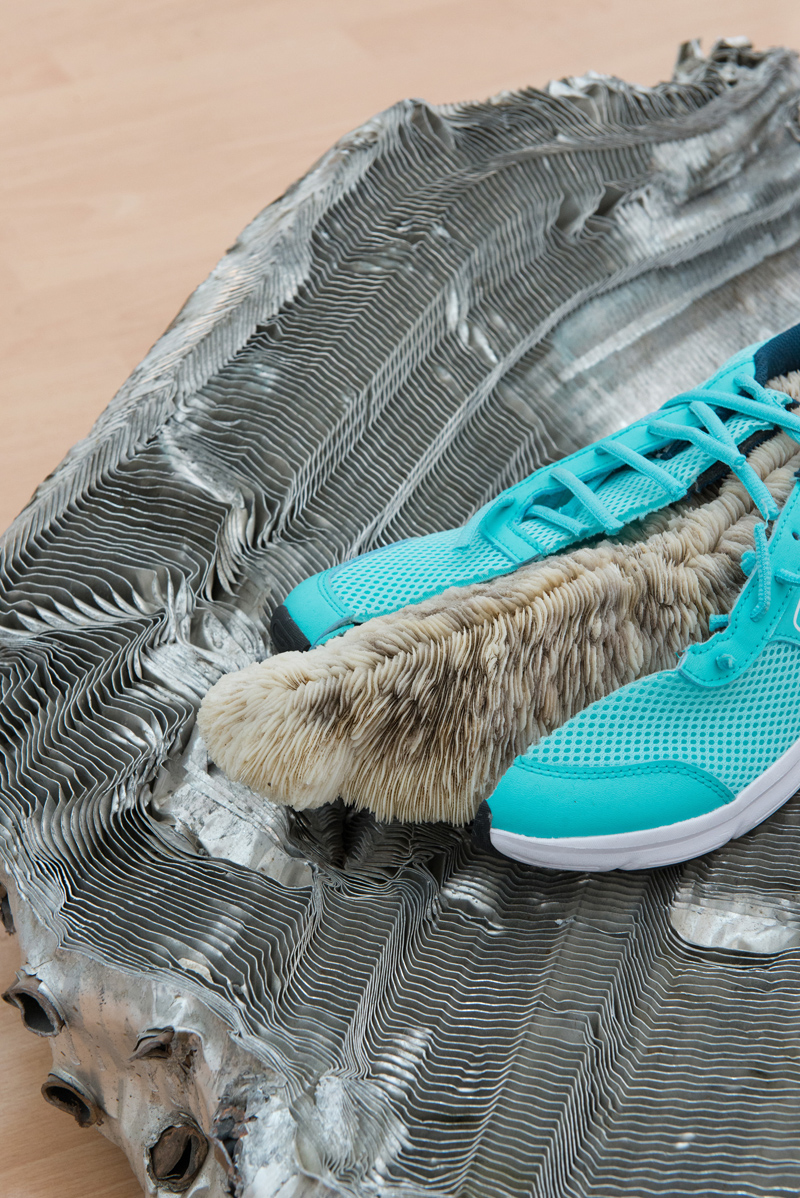 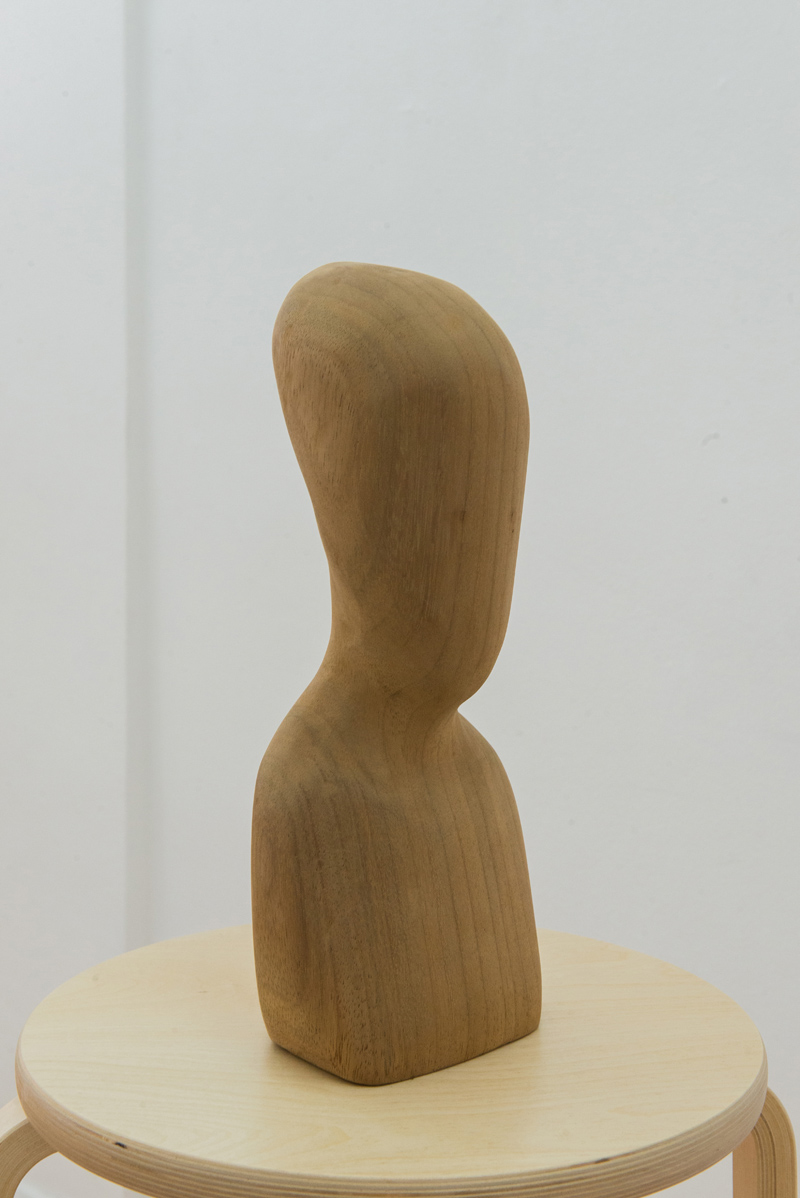 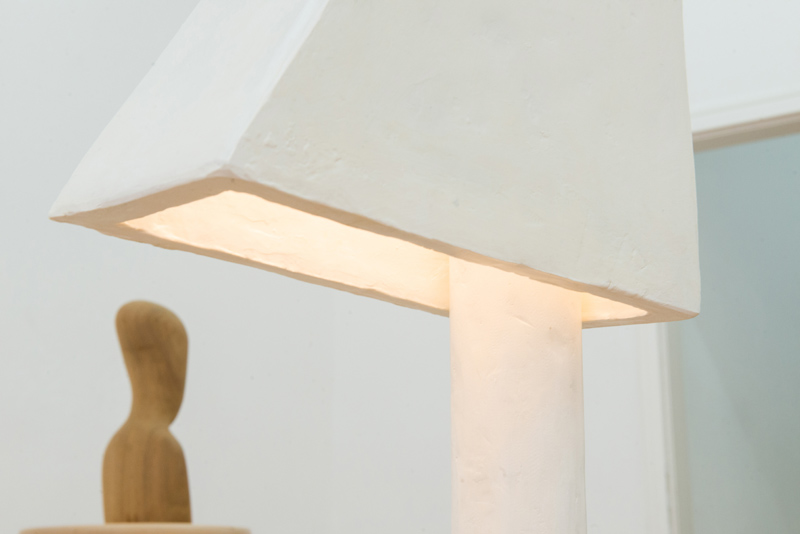 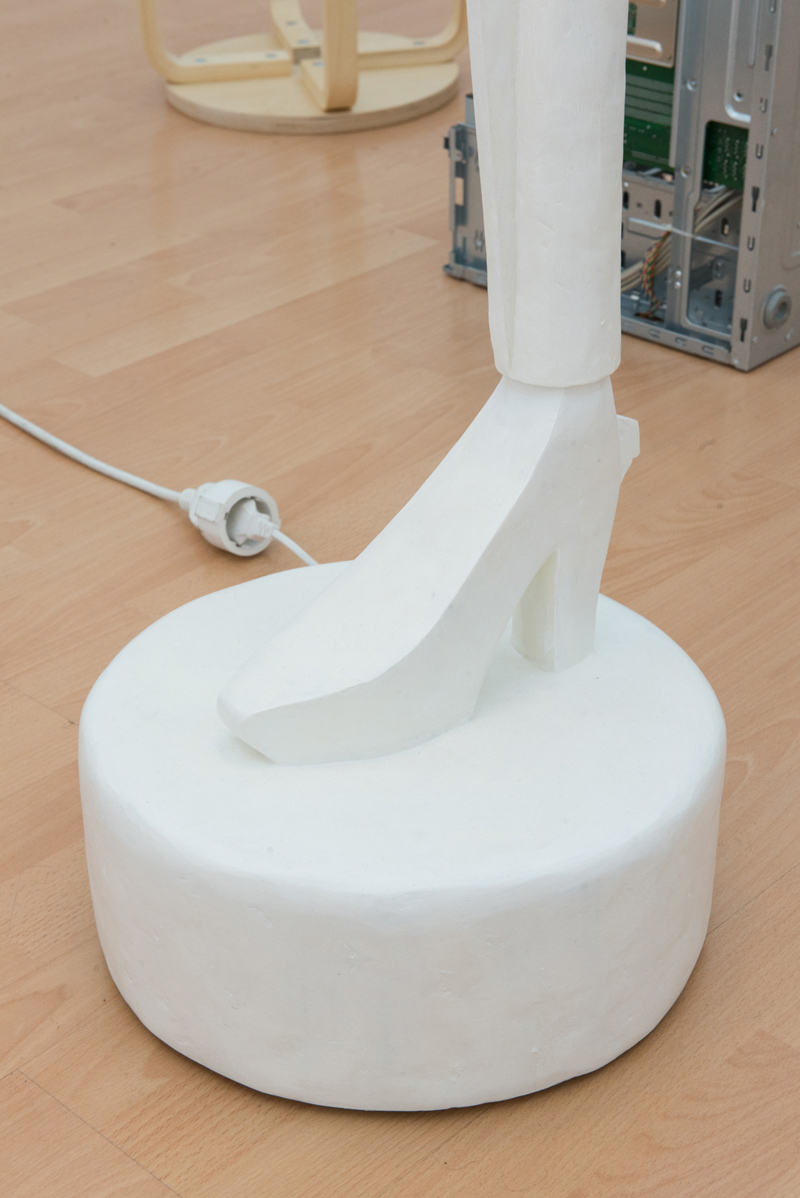 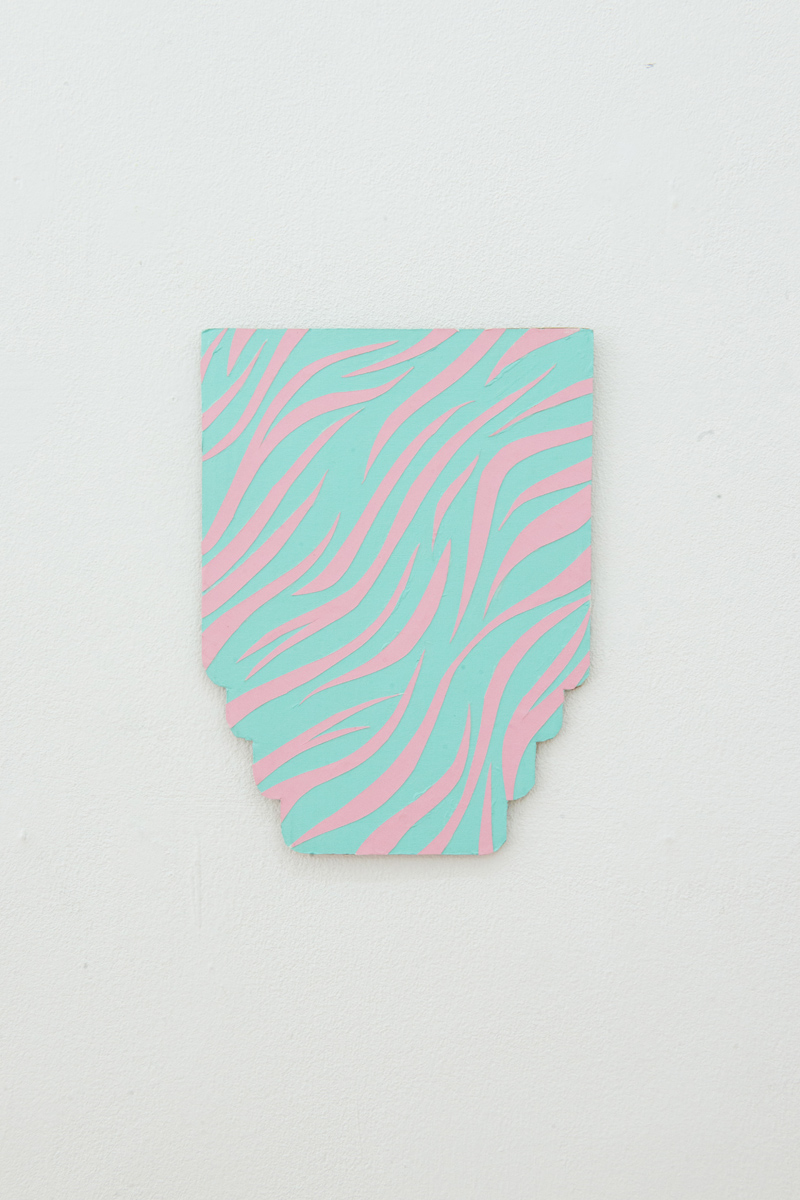 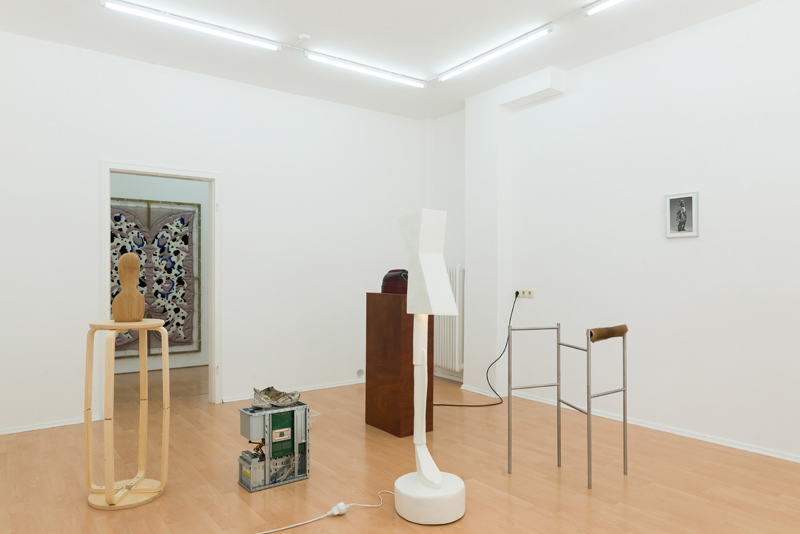 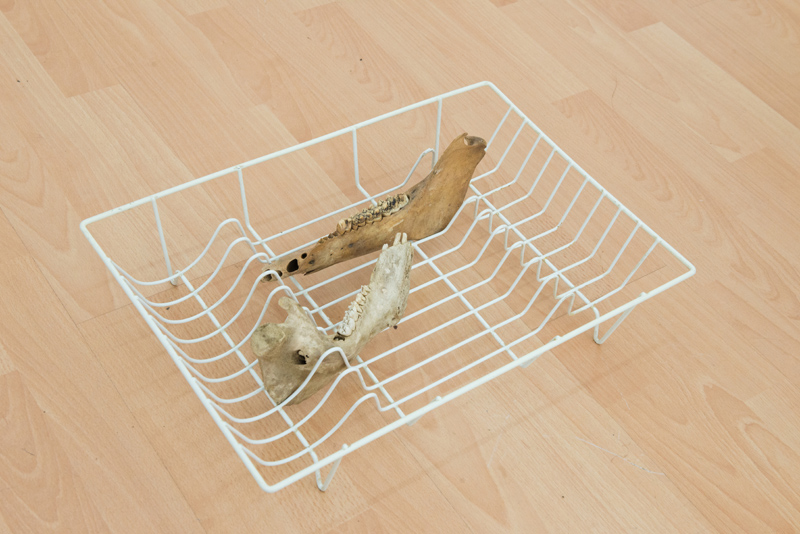 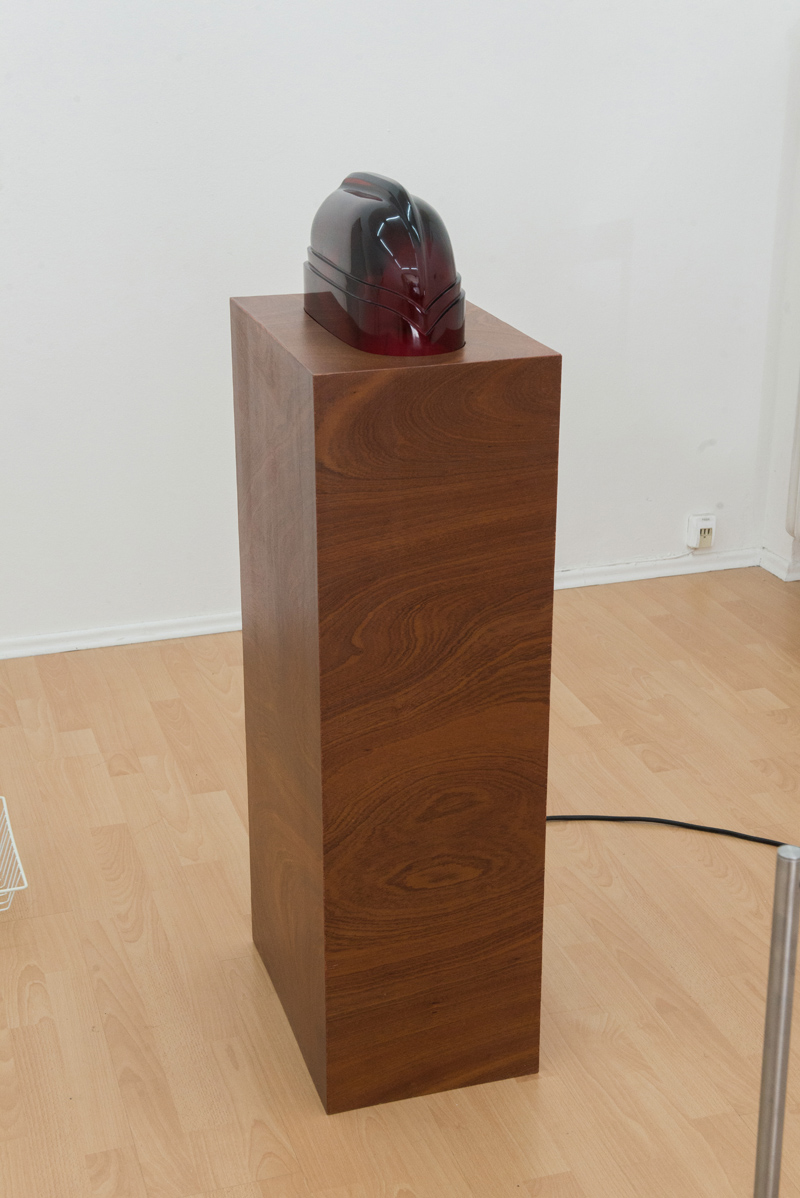 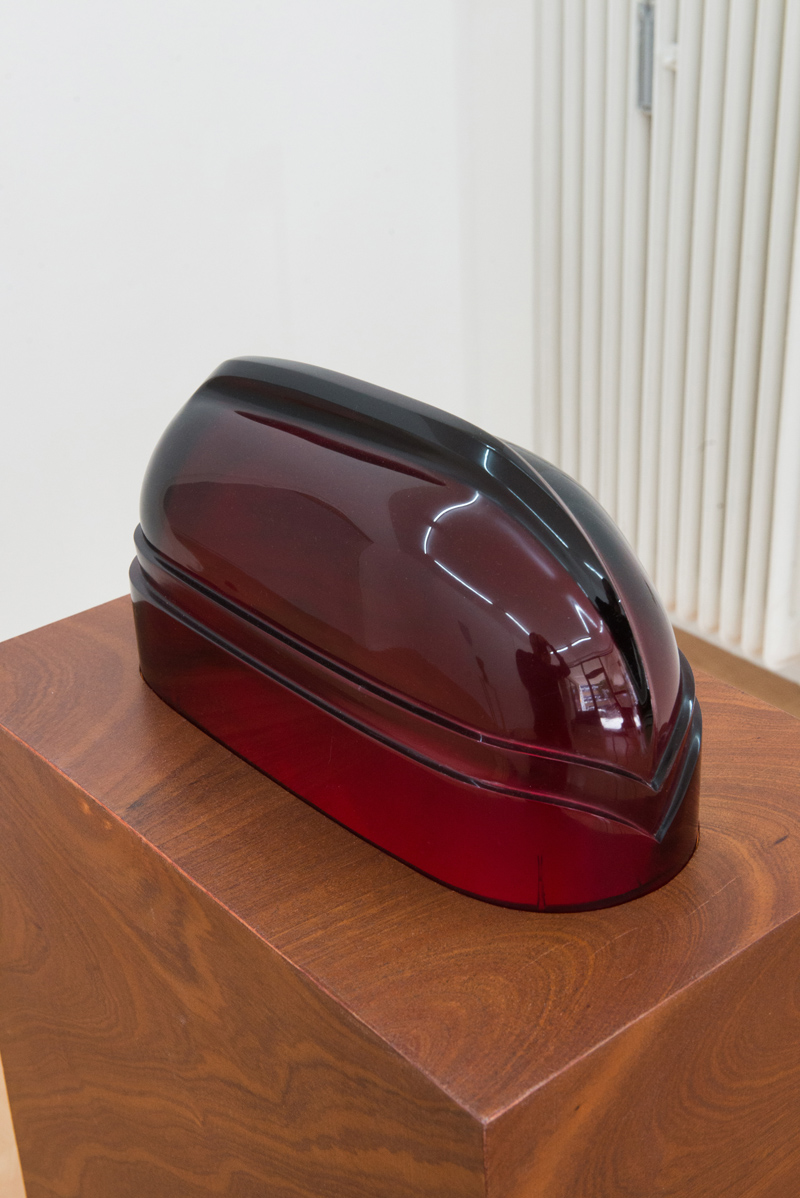 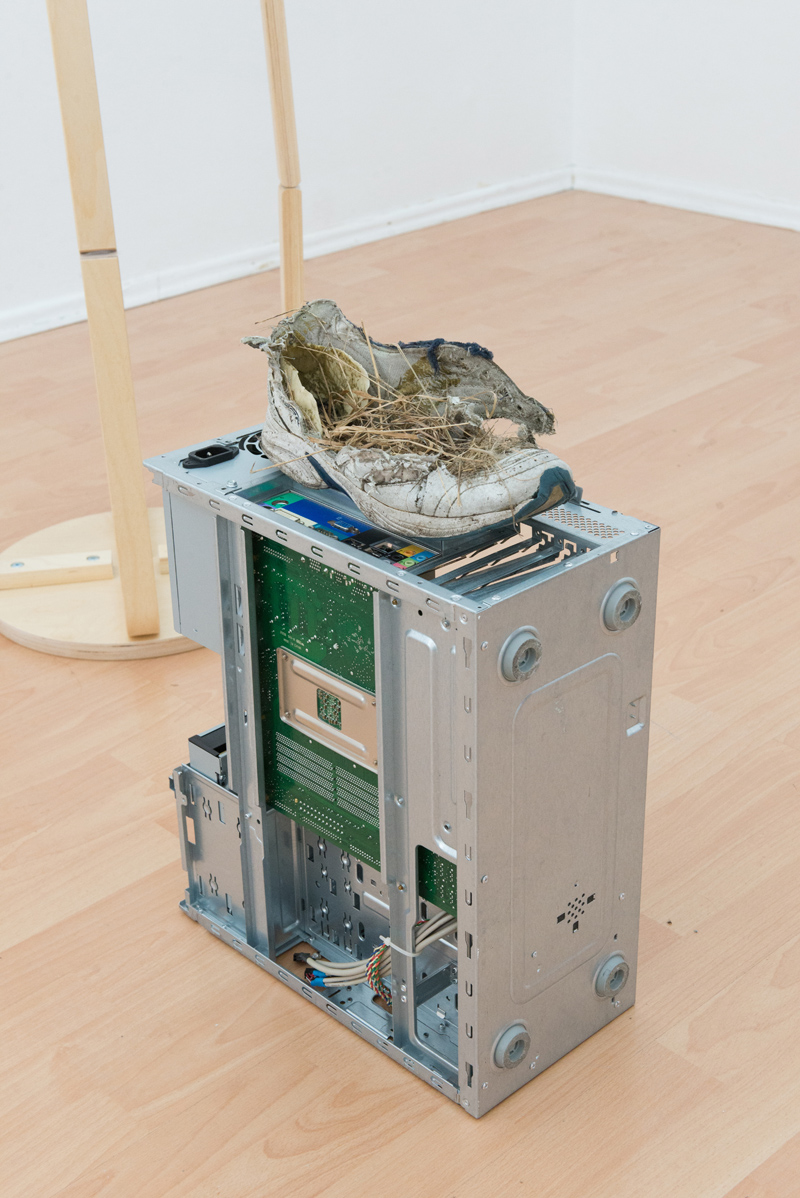 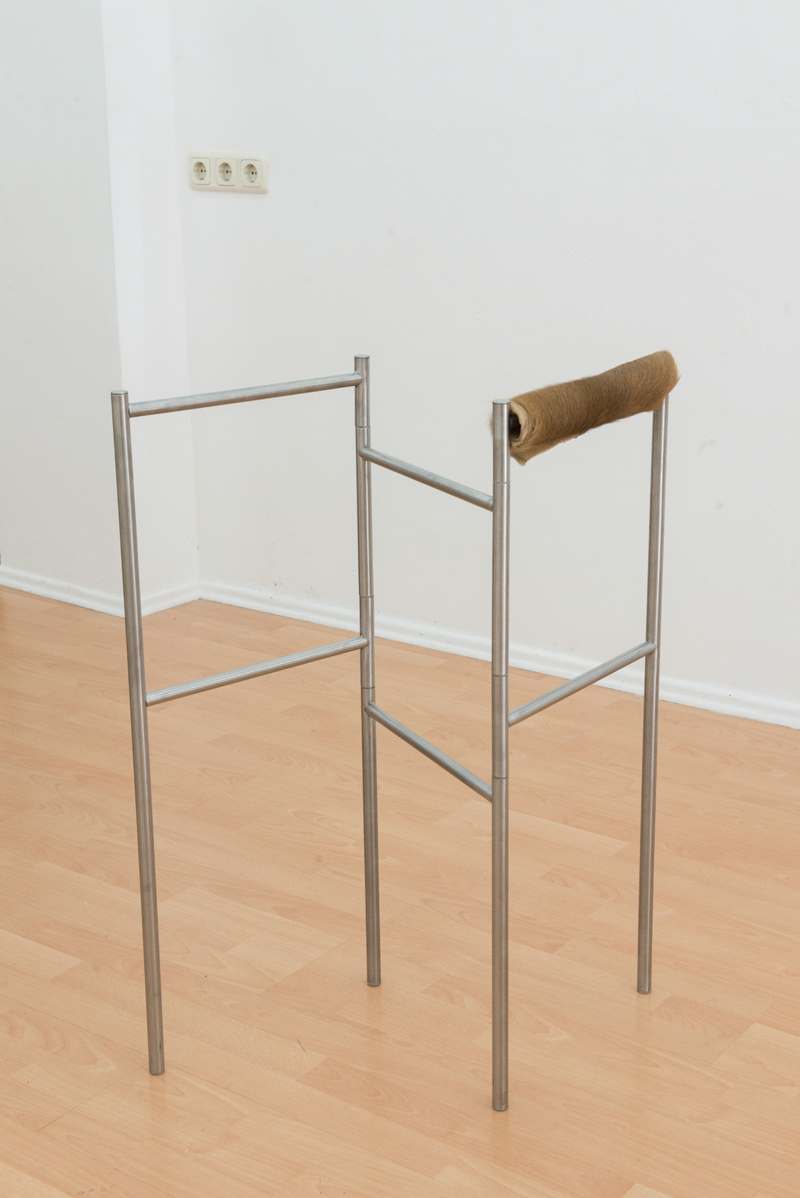 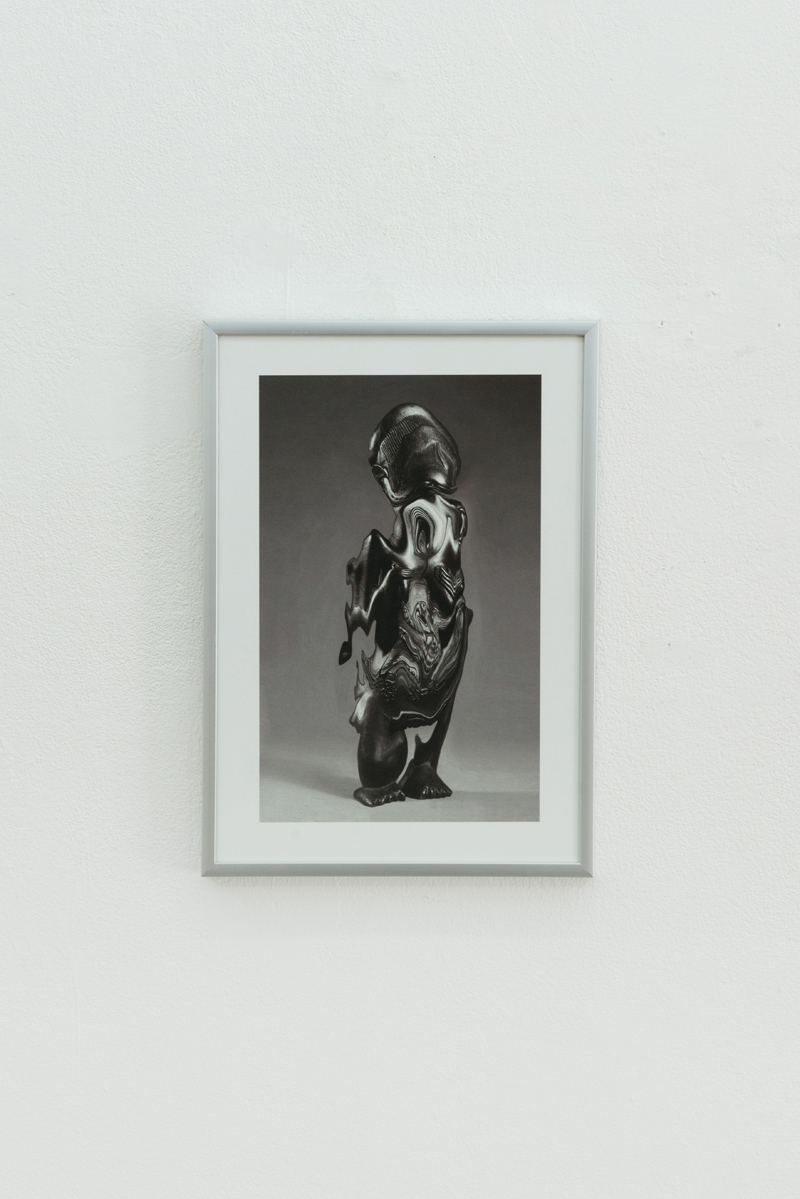 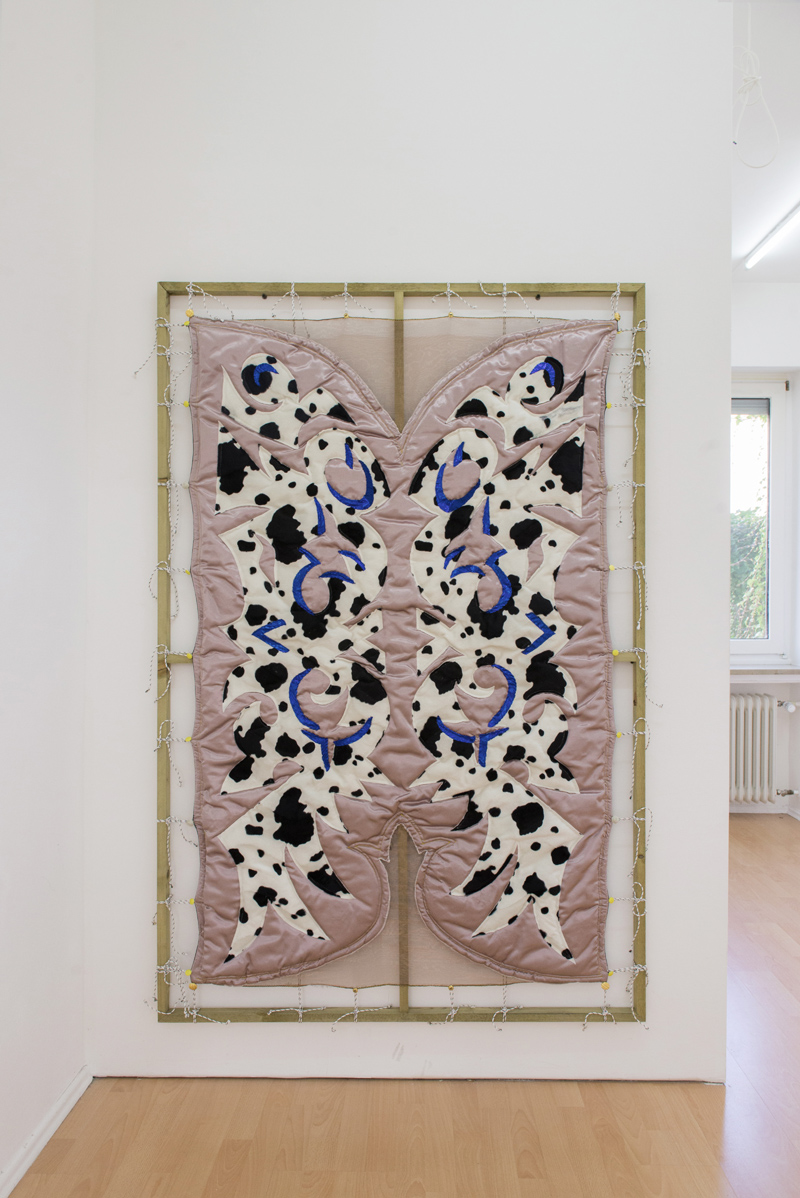 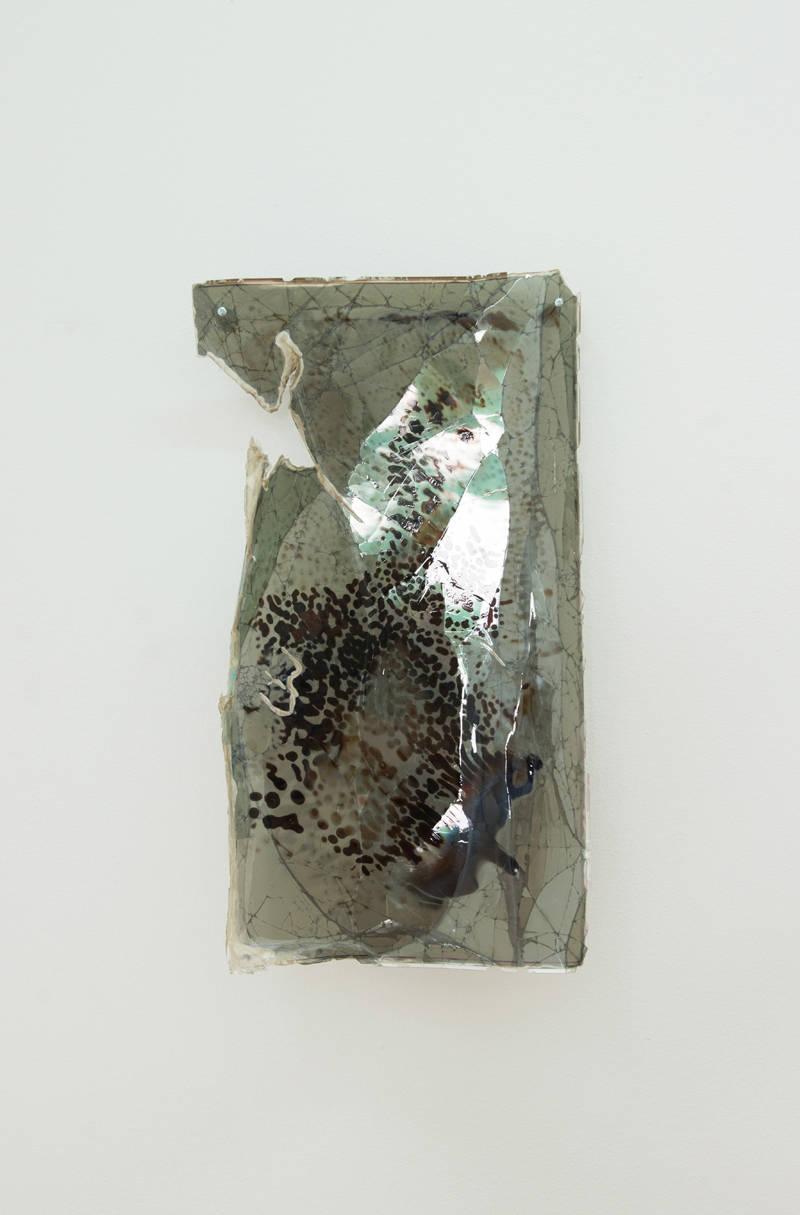 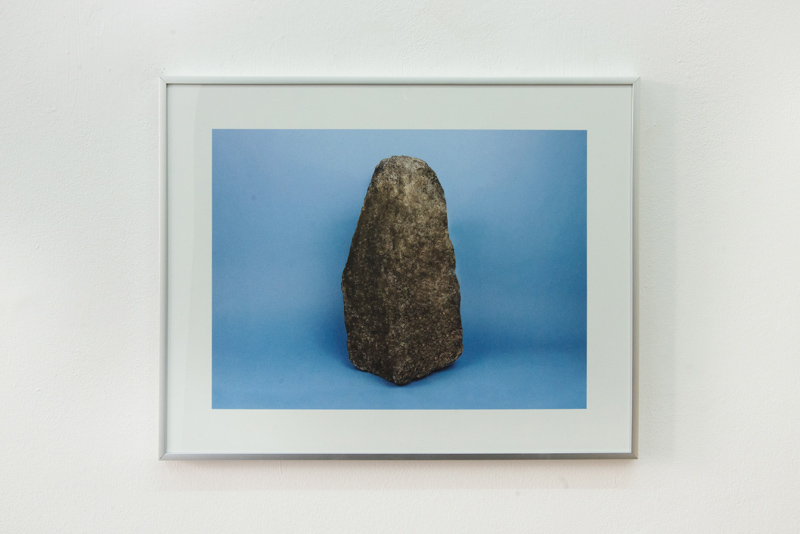 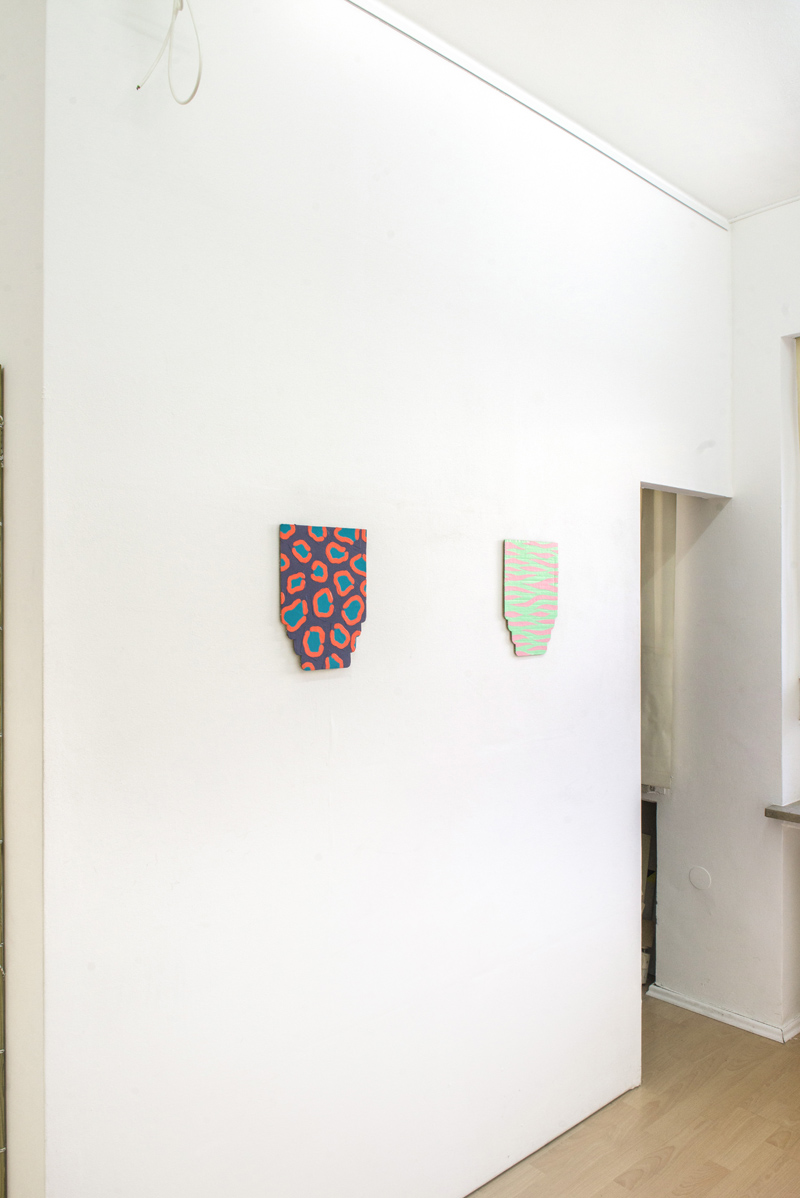 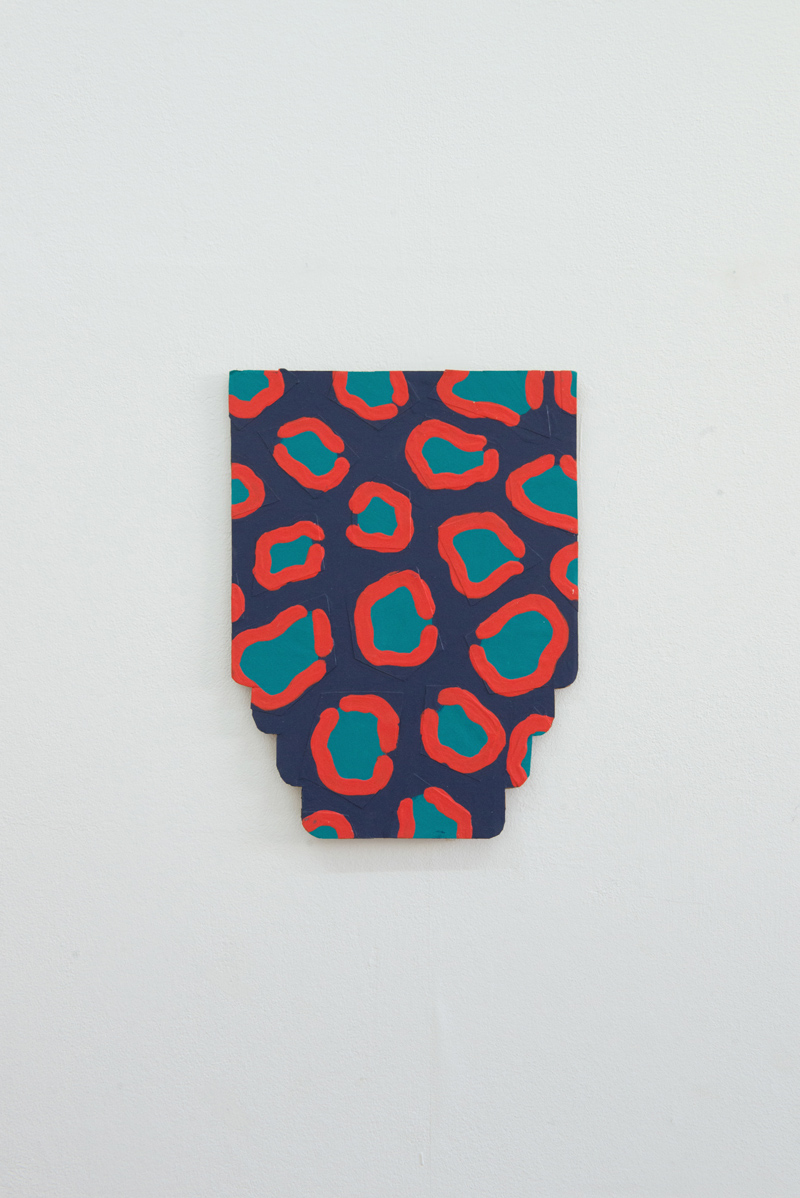 Images courtesy of the artist and Loggia, Munich

How to compare the incomparable? Or rather, why? Our way of understanding is used to seek out a safe ground, relying on unambiguous narratives that account for everything. As we would listen to a good story, it allows the listener to rest. Putting things together, that sort of look alike, but may or may not be linked to each other at all, helps us to remain calm and offer something to cling onto. Present and past suddenly make sense, a holistic feel, we draw a straight line from then to now; end of story. The other, the foreign and the old is always in need of being viewed through the filter of the known and familiar. As such, this way of implementing history is at the core of our thinking, visible in museums and similar institutions that gather a multitude of objects, creating subjective relations through the display and hoping for a better understanding.

At Loggia, the objects of Nicolás Lamas and Tramaine de Senna are arranged closely next to each other, forcing a discourse and comparison onto them, as one would see in archeological or ethnological museums, and amphasis the problem of cultural comparability. It loosely recalls to Jean-Martin Huberts famous “magiciens de la Terre” (Centre Georges Pompidou / Grand halle de la Villette, 1989) exhibition, where artists from everywhere have been gathered, depicting, that there is universality between all cultures but each is defined by its own context. The selection of pieces certainly share resemblances and was determined by the artist in an ongoing dialogue, while the placement was left to the curators. Shapes and colors seem almost too alike as they allow comparisons on a superficial and aesthetic level. But both artists share a similar interest in viewing objects as trajectories of time and information that result in works of an universal language that work with basic forms.

Tramaine de Senna’s interest lies with the self-called “migration of forms”, looking at historic functions of objects and forms and how they change over the course of time. Forms that were used to display power, sex, gender or identity that loose or change its understanding because it migrated somewhere else. For example her “Devo-lution” series of painted cardboard, she juxtaposes the shape of capitals with bold animal-esque patterns that might reference to zebras or leopards. The notion of design and material, in her understanding, is emotionally charged and allows us to experience various dimensions of a work simultaneously. Her pieces are analytical and emotive, an excersise in social dissection that inhabits haunting formalisms of the past. (Mélange)

"All the energy of the interactive situation object/subject in Nicolás Lamas' work becomes something dialectical, a sort of action and counter-action unfolding through time. The entanglement between ideas and particles, the continual honing of speculation and making through emerging materials, the occlusion of evidences and the loosening of subversive energies trapped in objects are features shared both by Nicolás' work and archaeological disciplines. Every site opened up and engaged through the craft skills of making objects or through the sensibility to liberate them has the transformative potential to shape a type of archaeology that transcends the human category to position objects within new systemic structures.

Adopting this attitude allows him to resist the constructed perception of matter as a passive entity, a stance that is both symbolic and liberating. After all, the fact that everyday objects are embedded in unexpected combinations is as much an act of rearticulating human grammars as it is an act of empowering objecthood." (Alejandro Alonso Díaz)
Tags Lazy exhibitions, Loggia, Mélange & Sabot, Munich, Nicolás Lamas, Tramaine de Senna
Newer Post Older Post Home