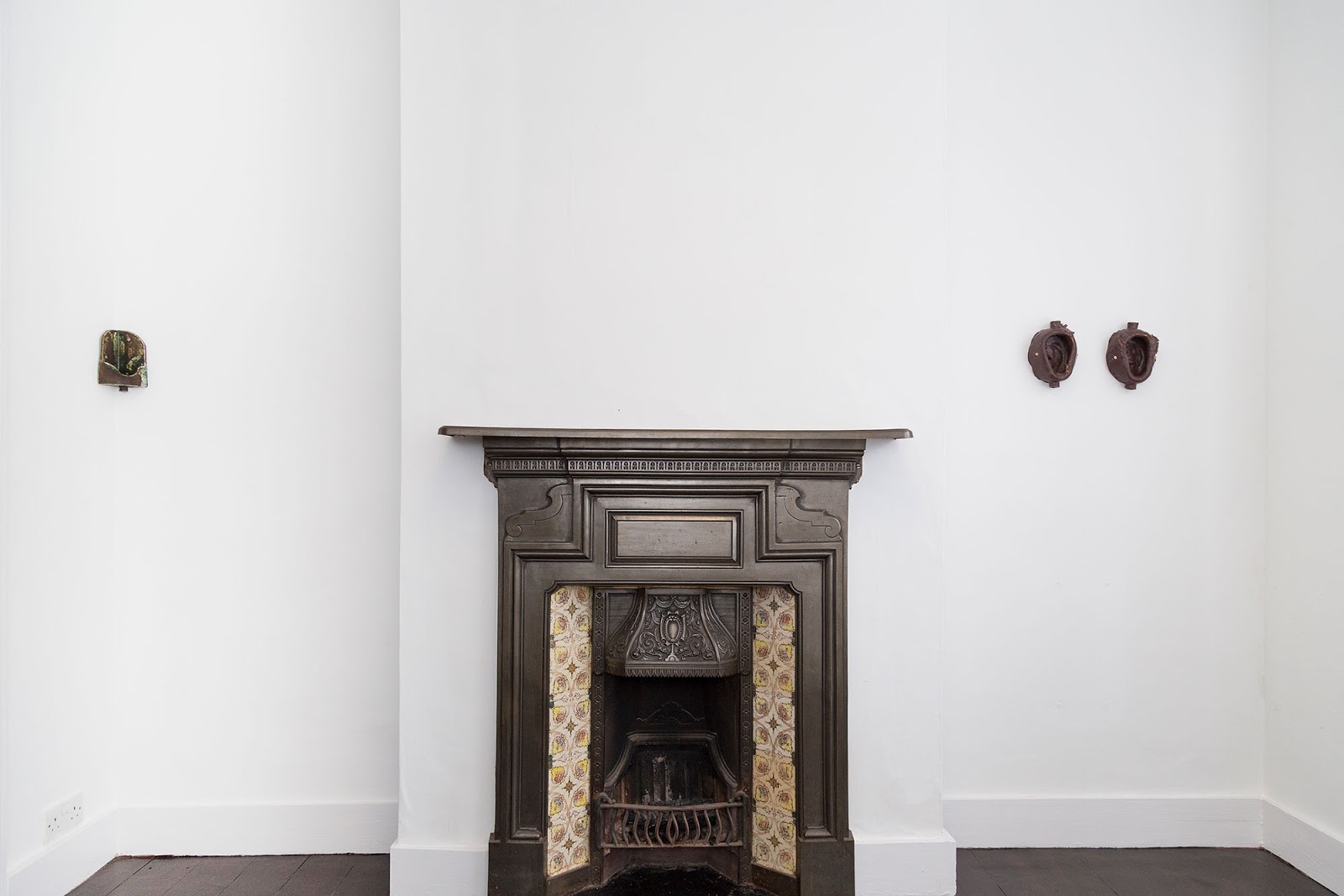 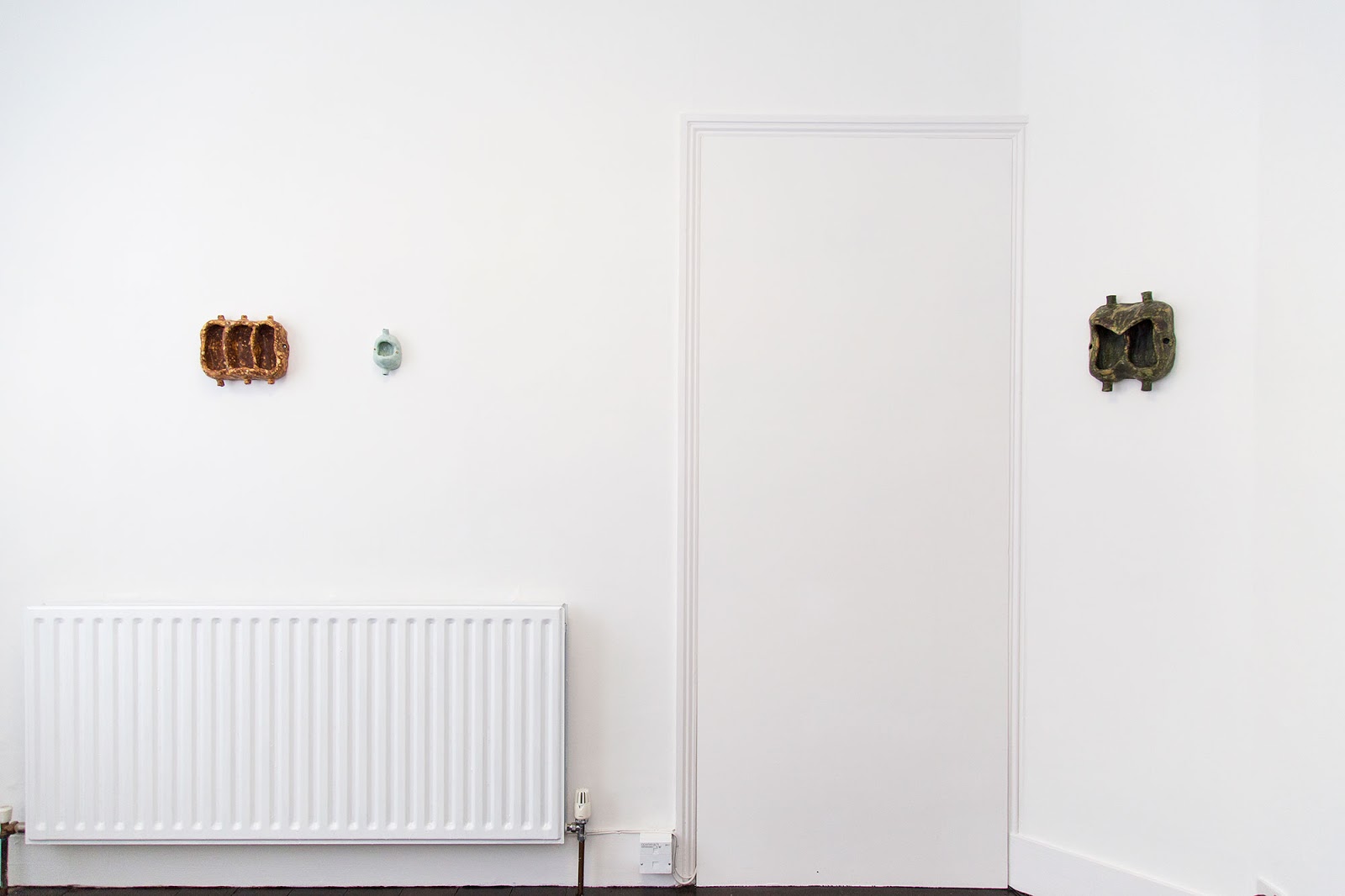 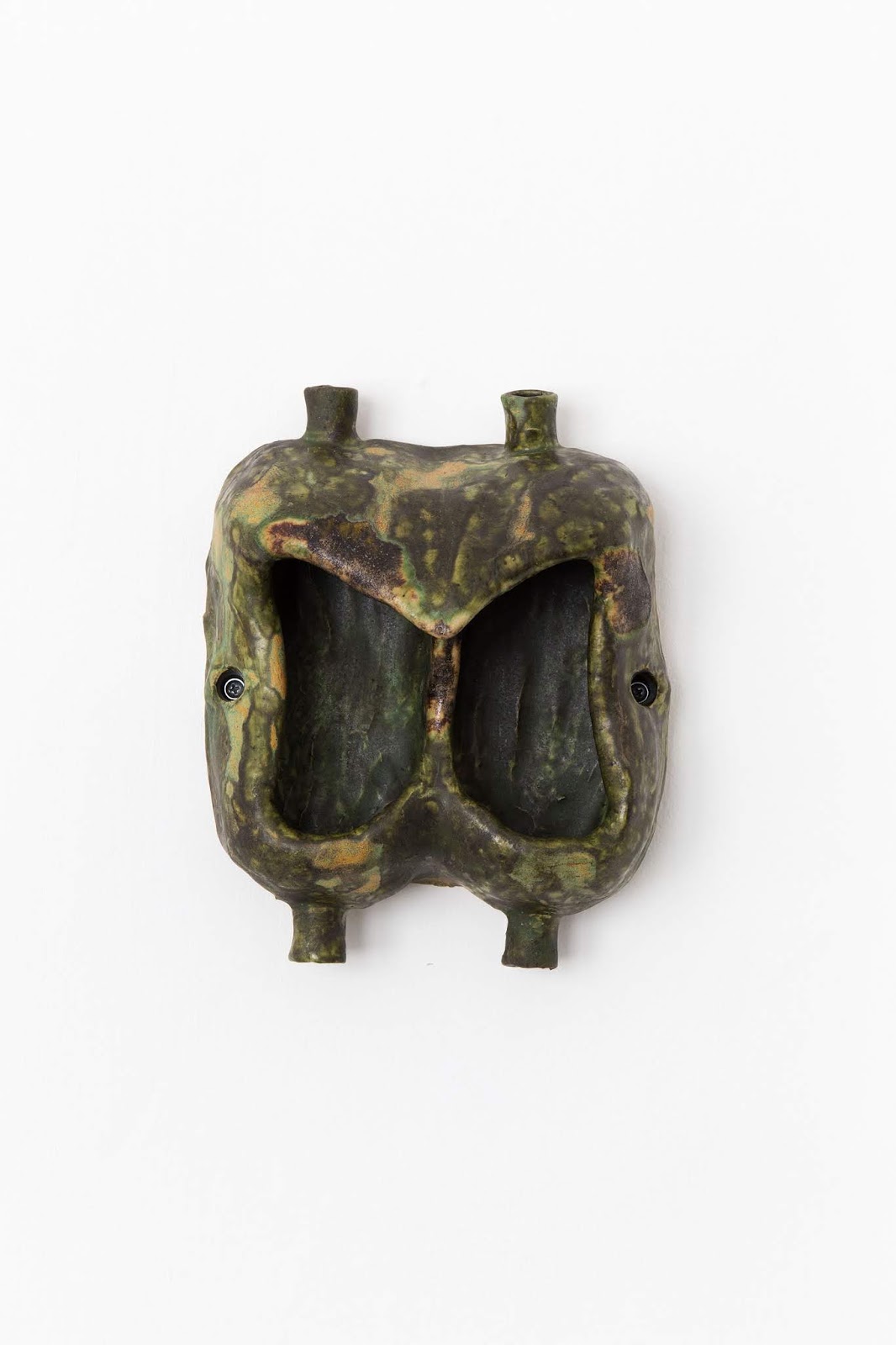 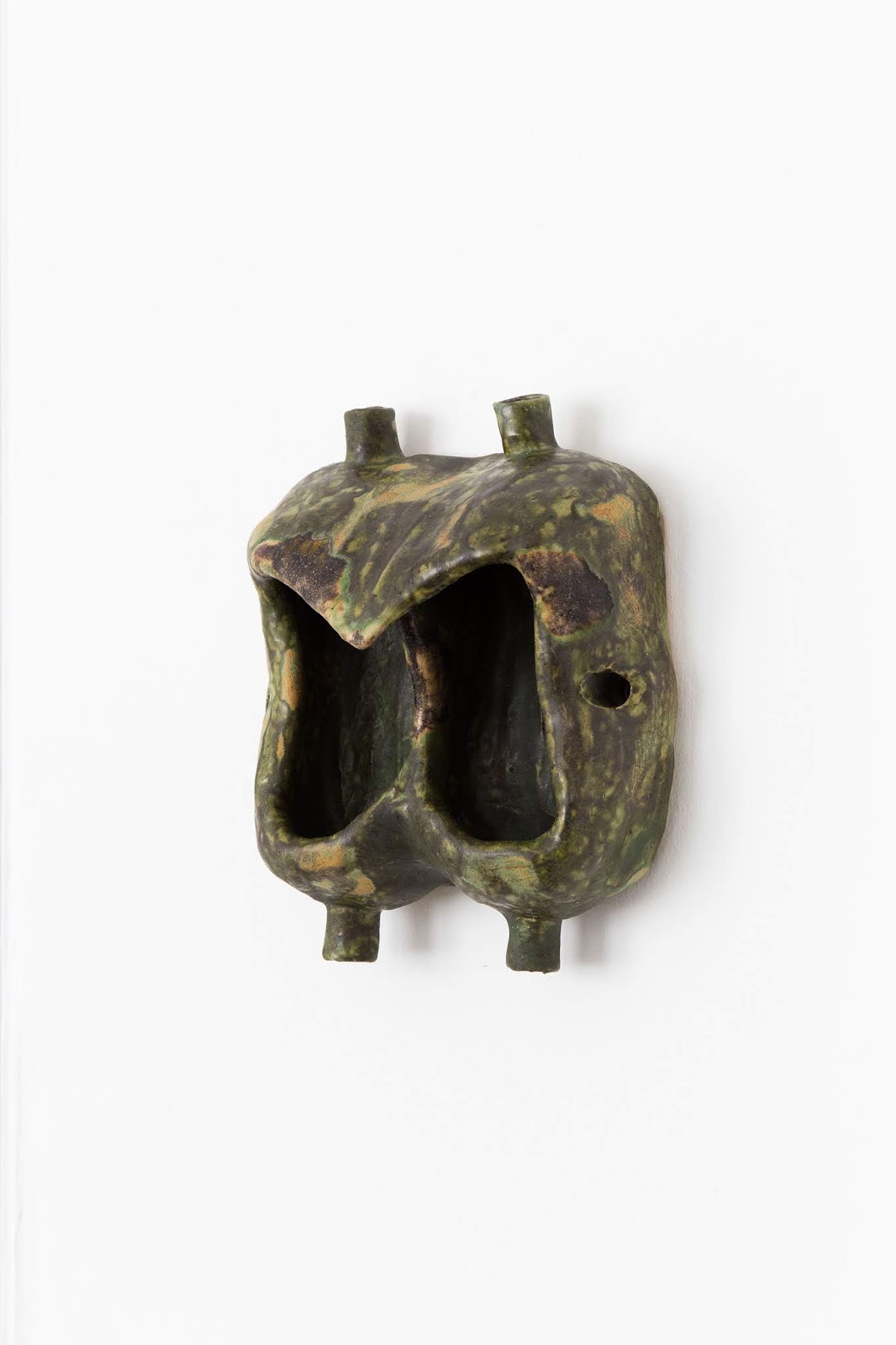 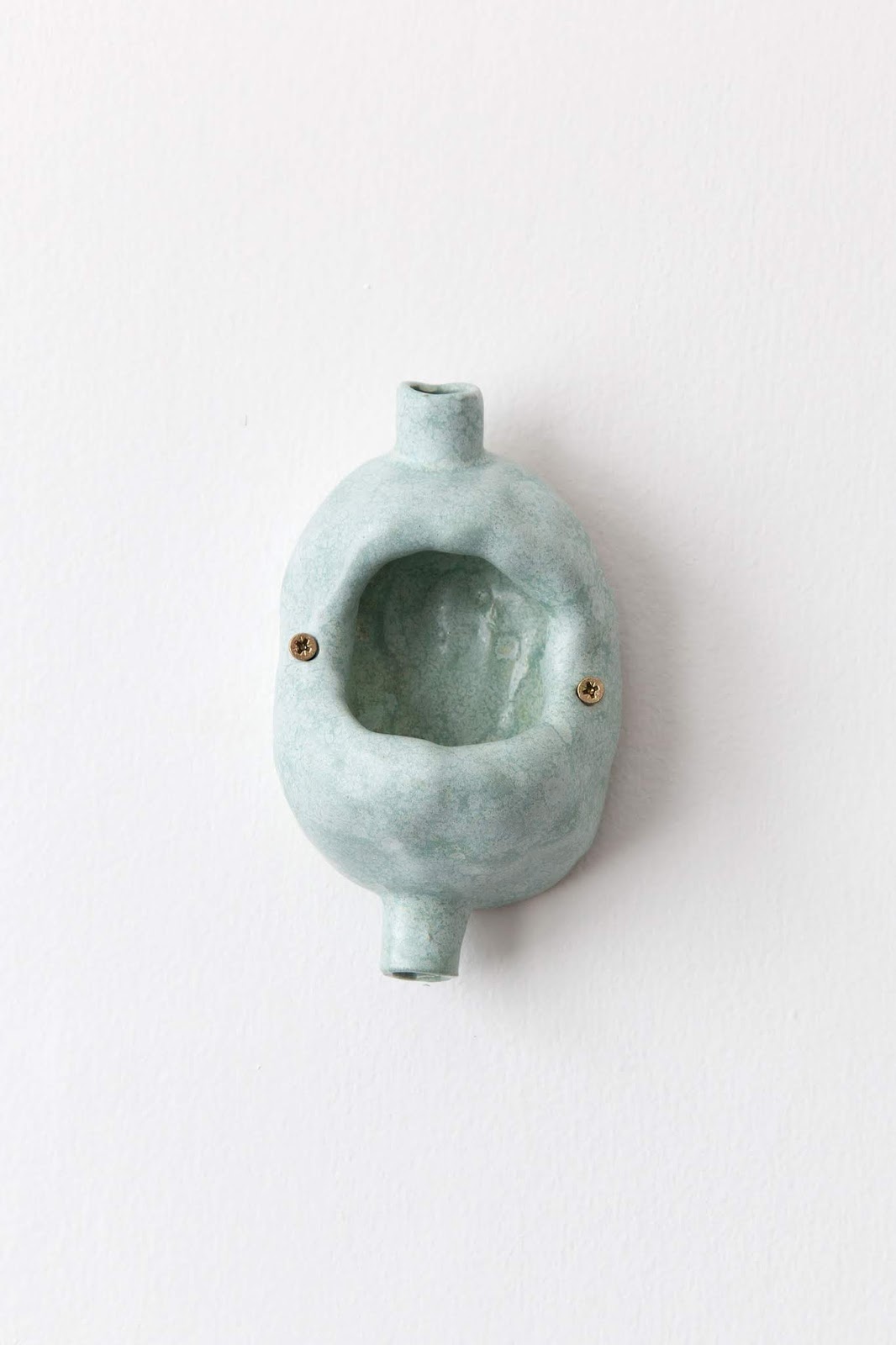 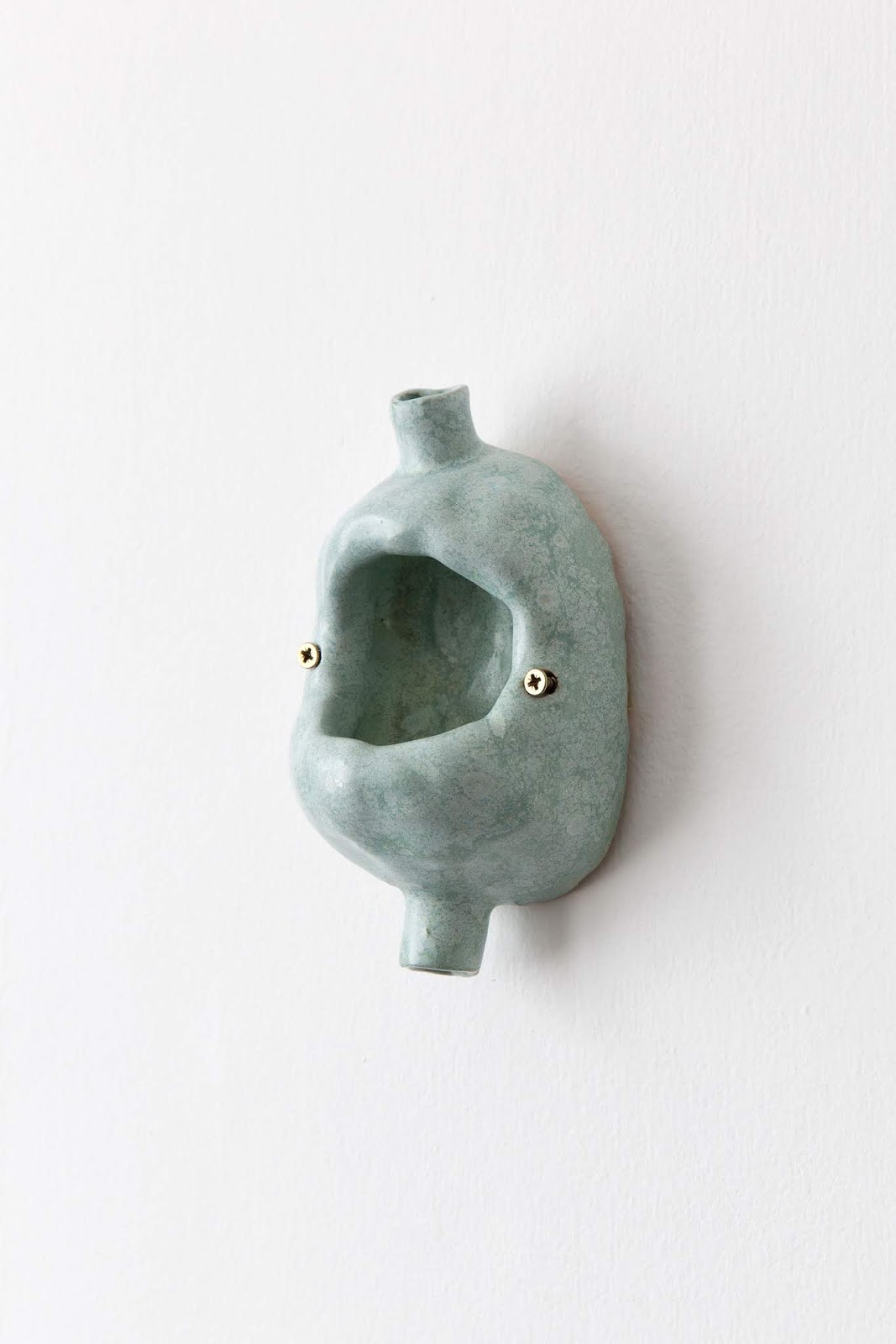 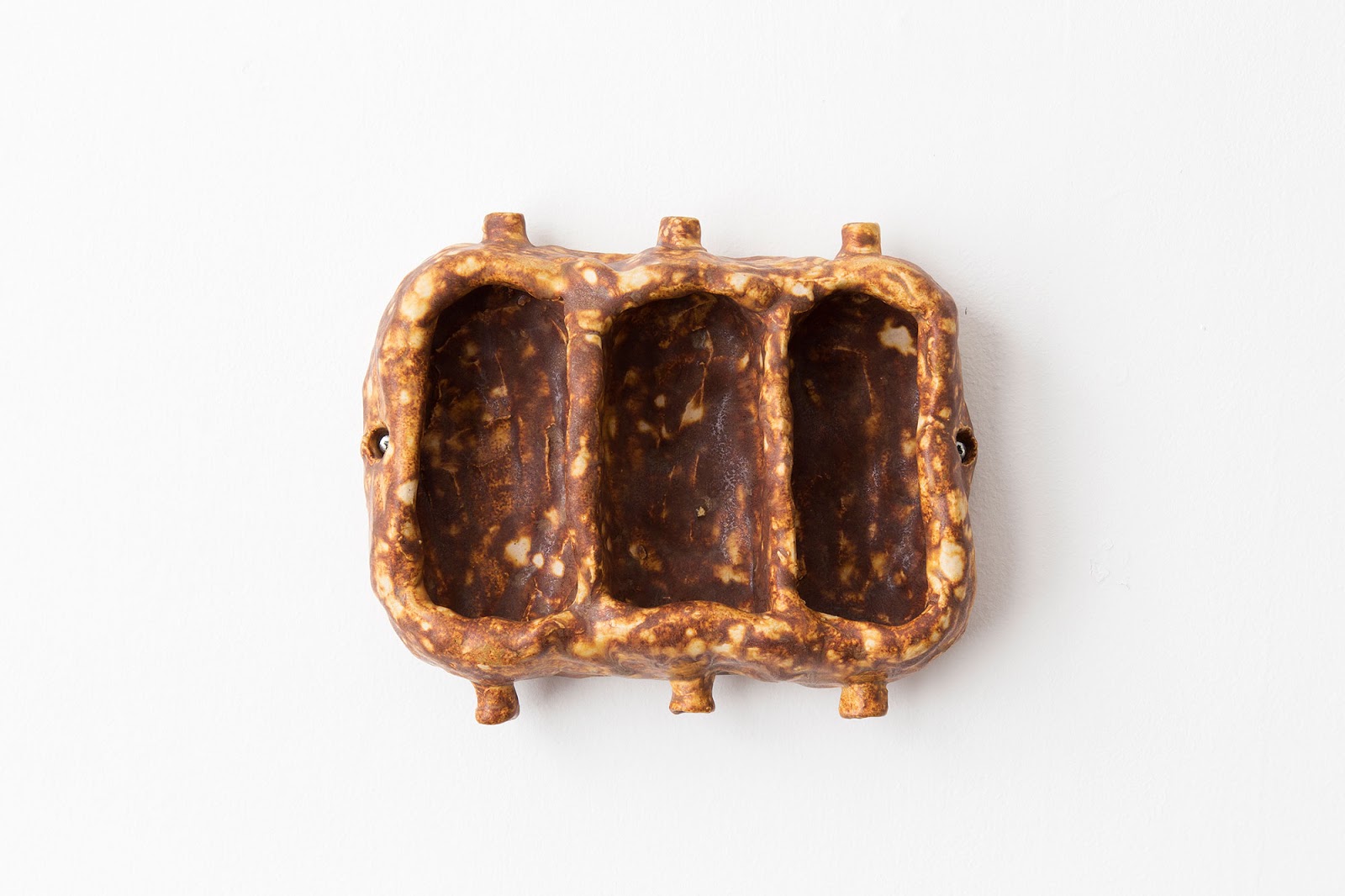 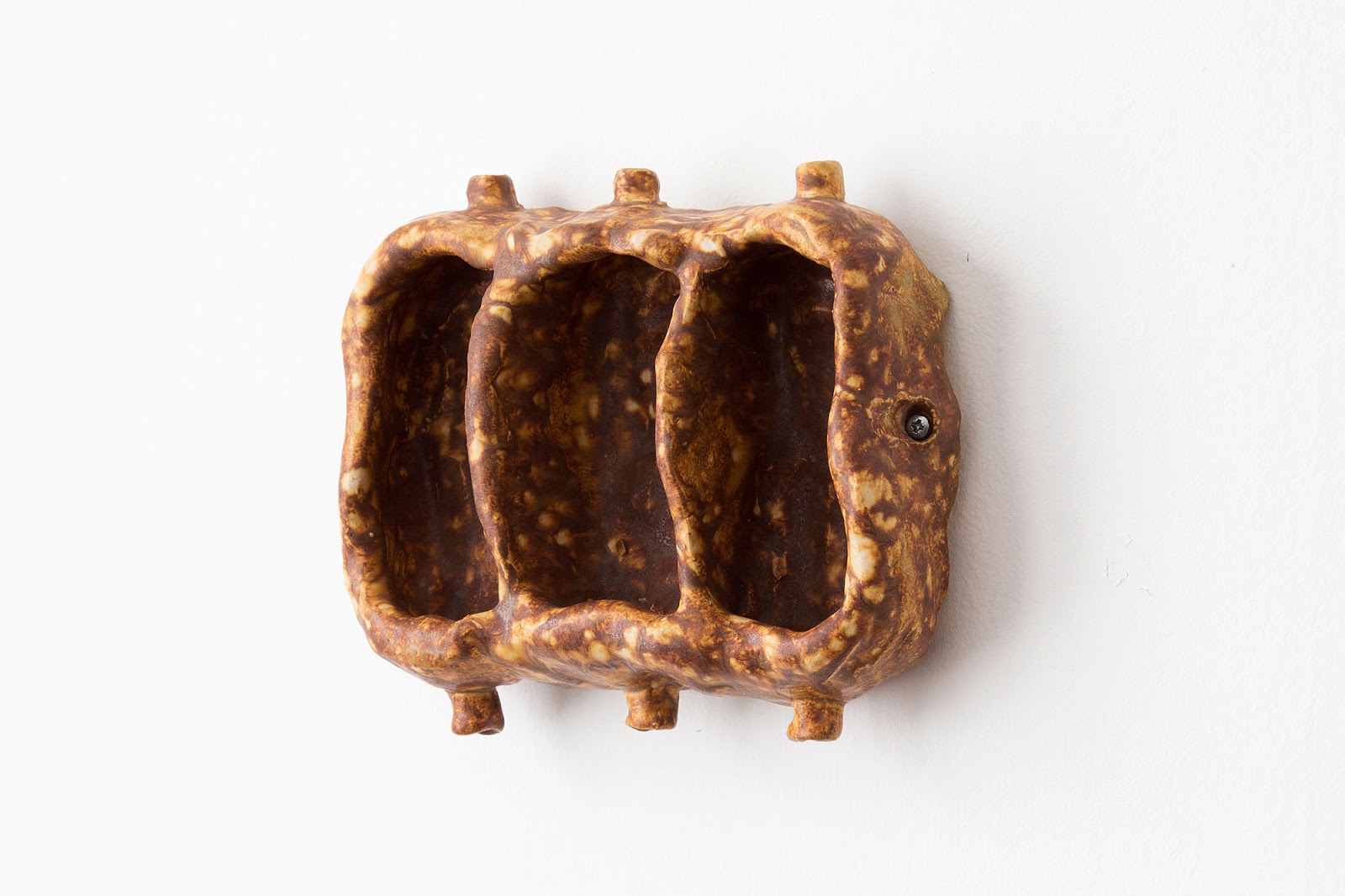 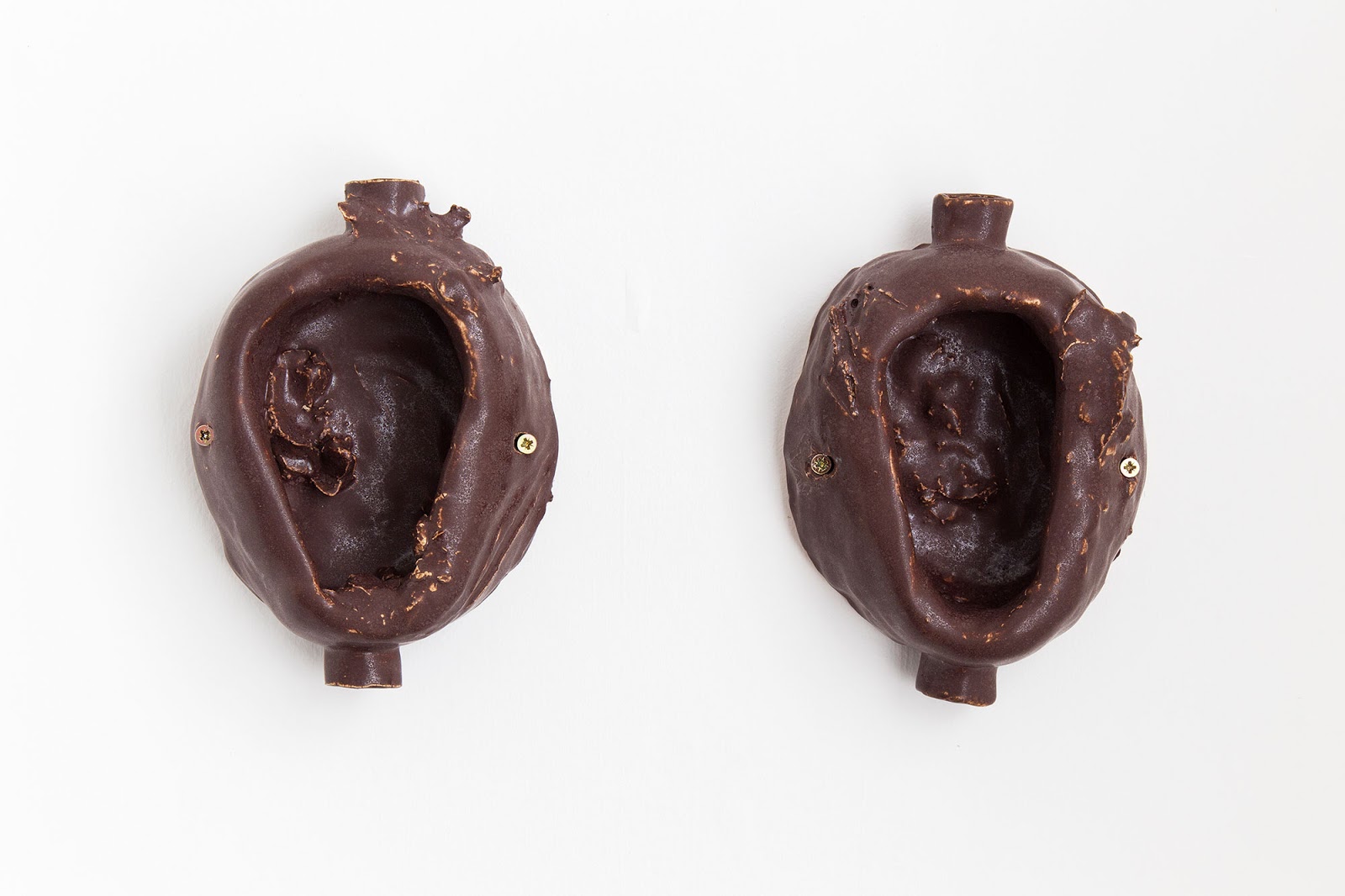 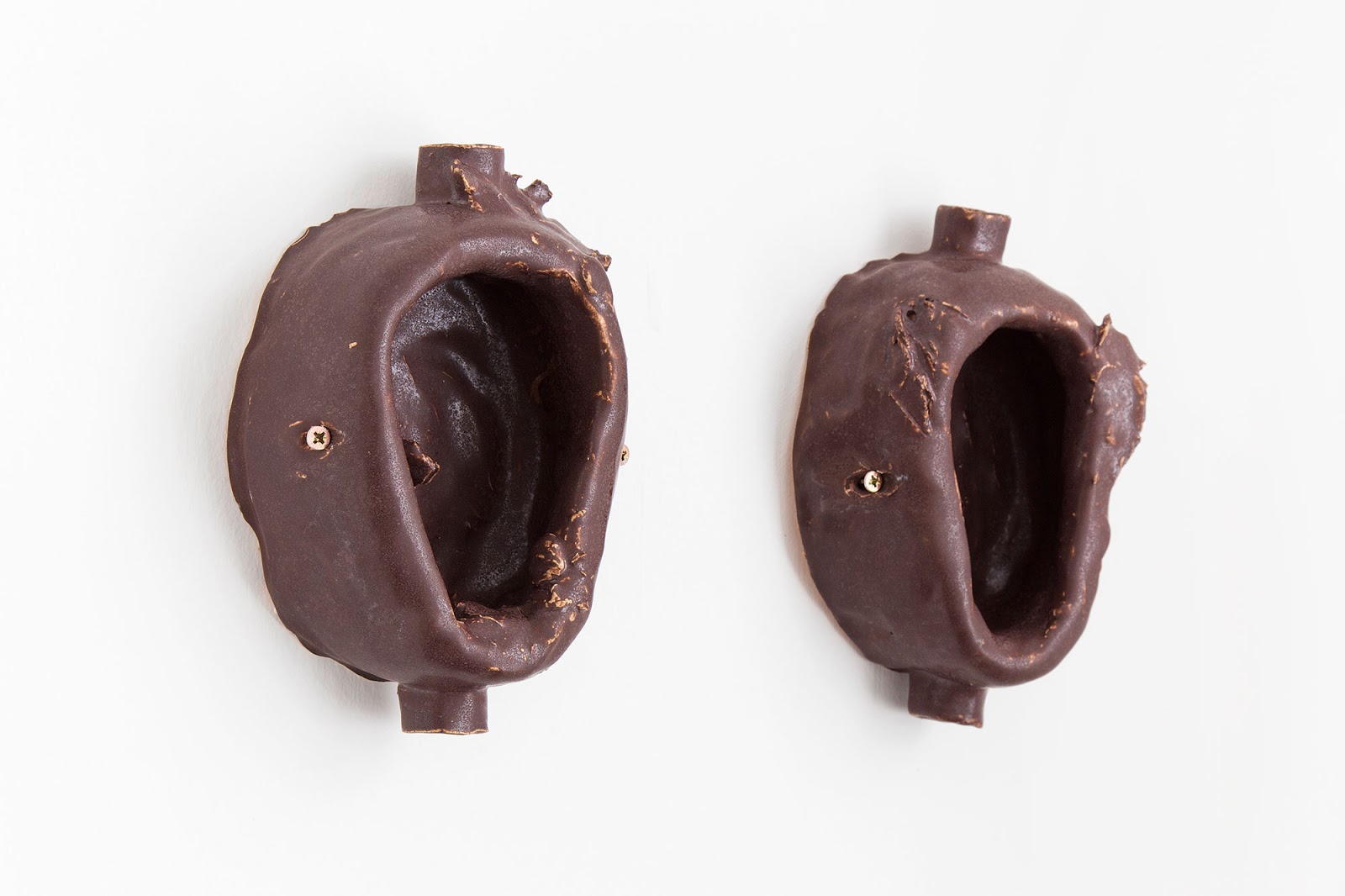 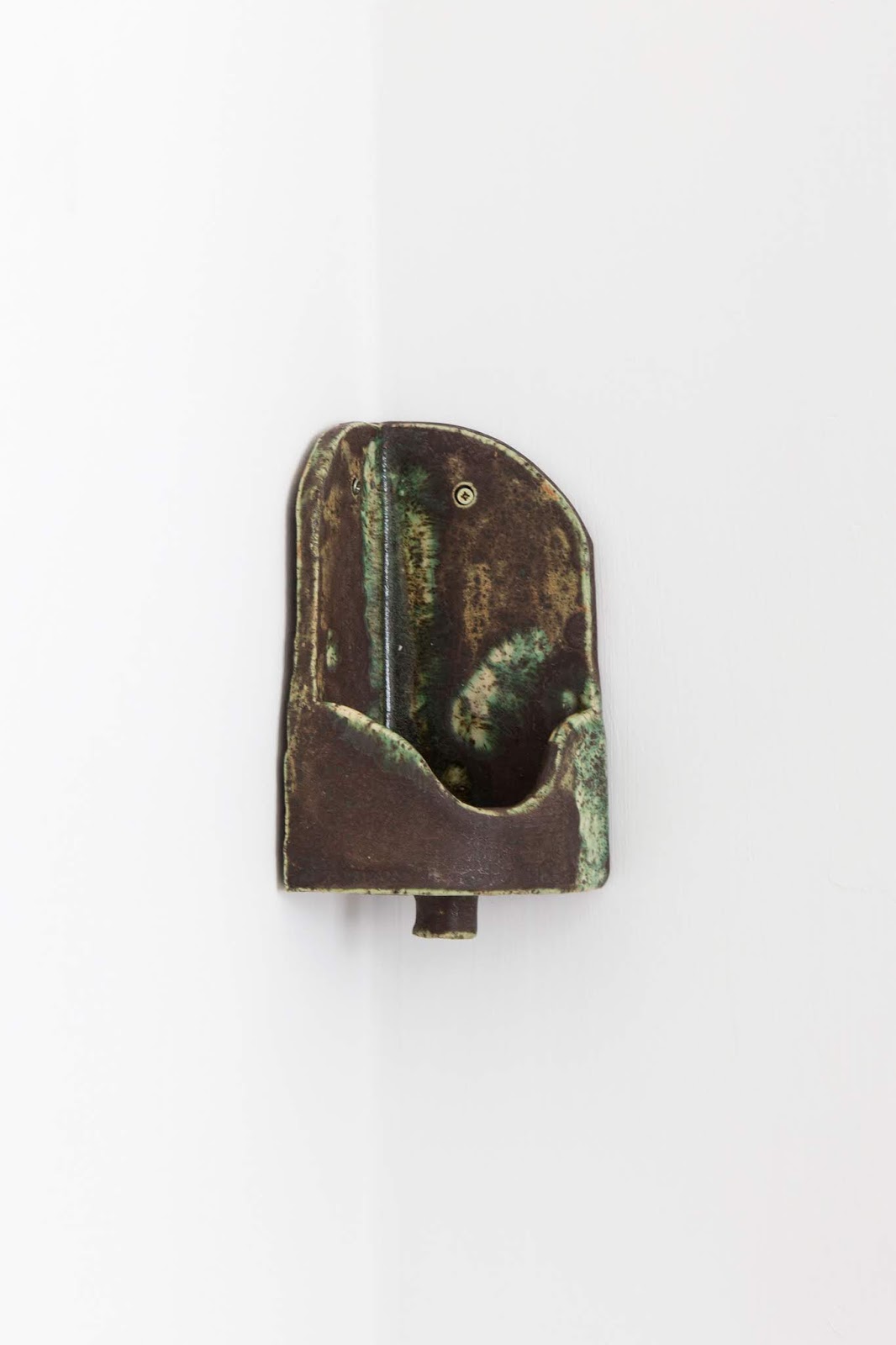 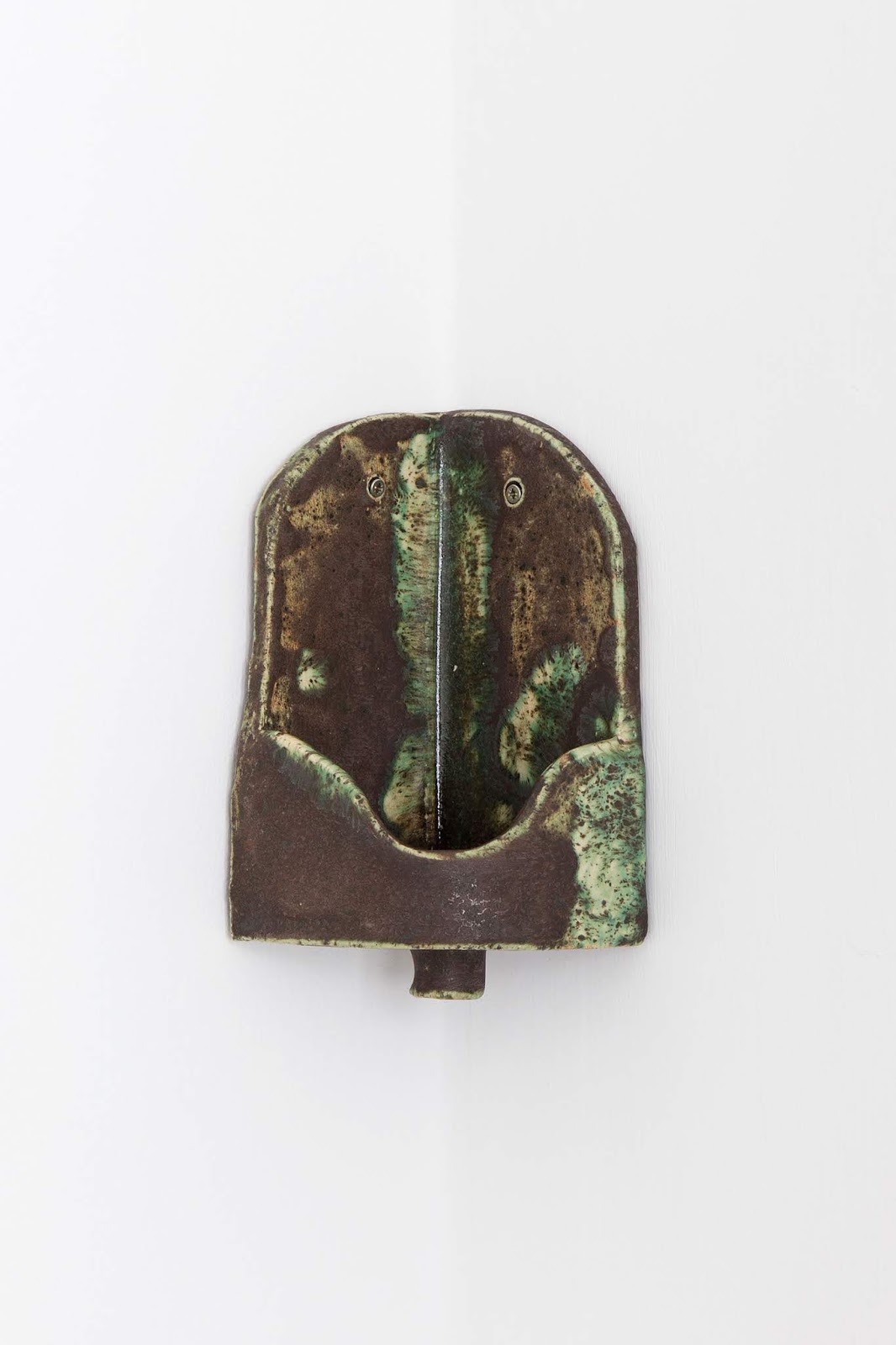 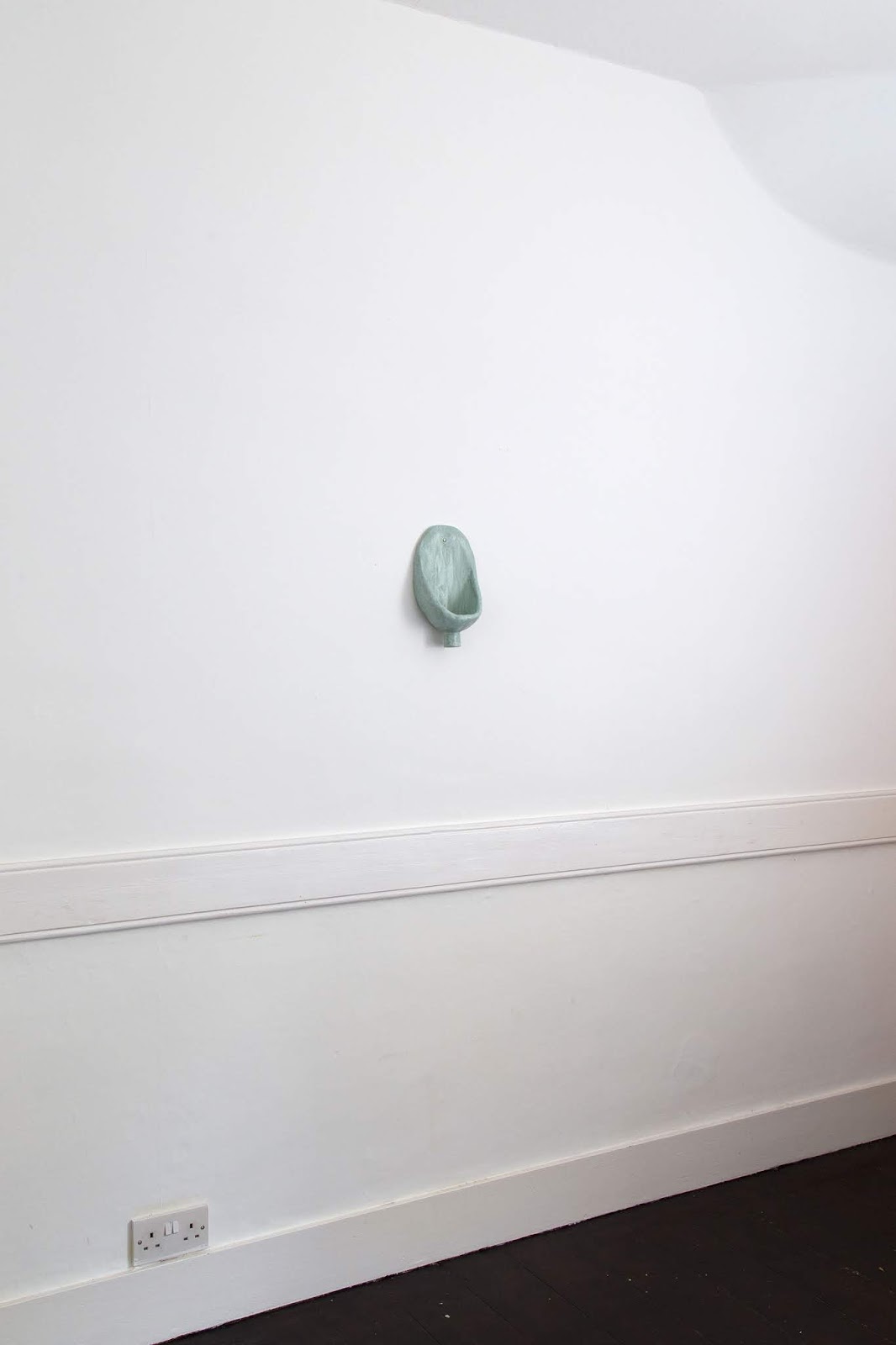 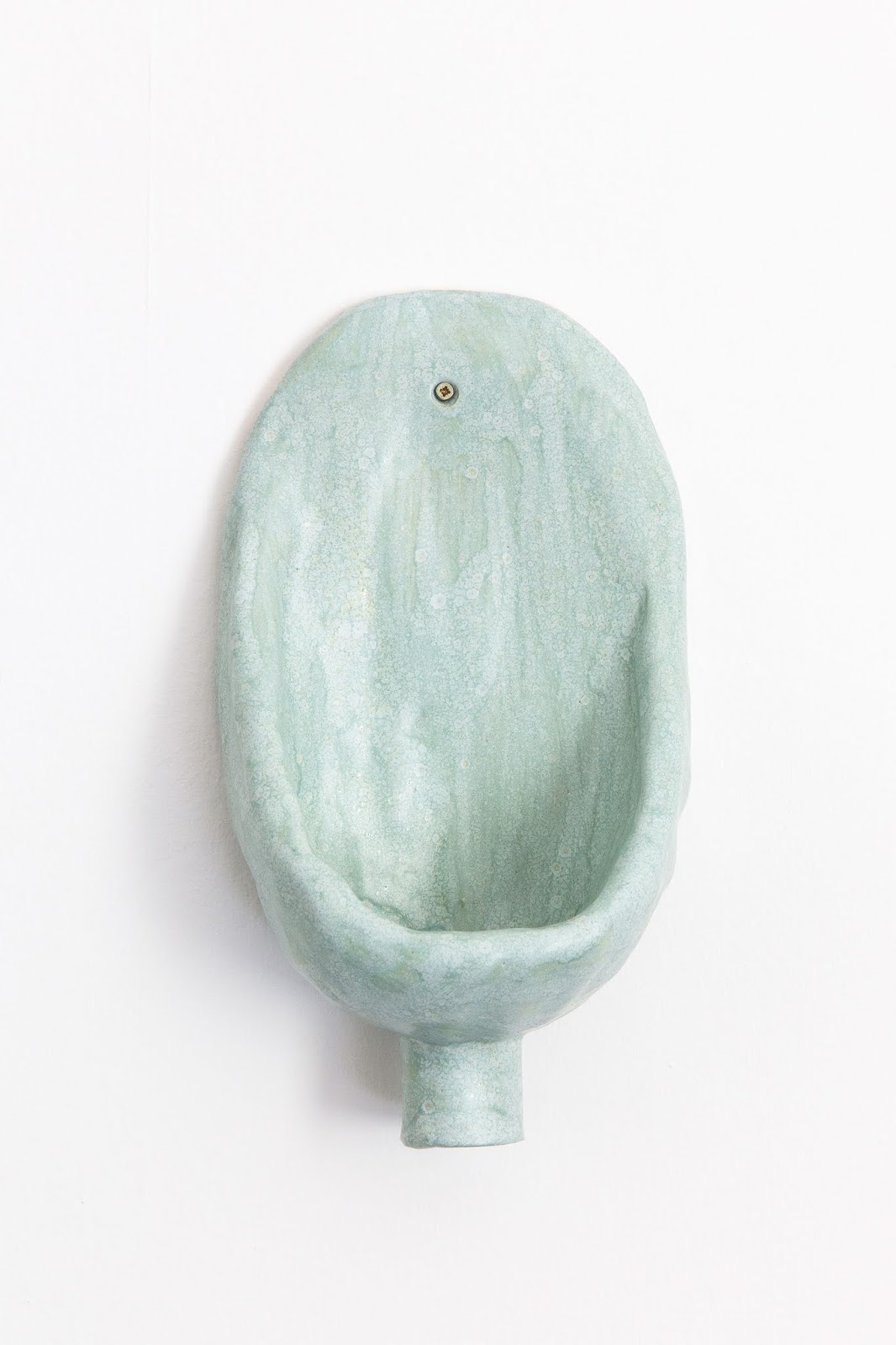 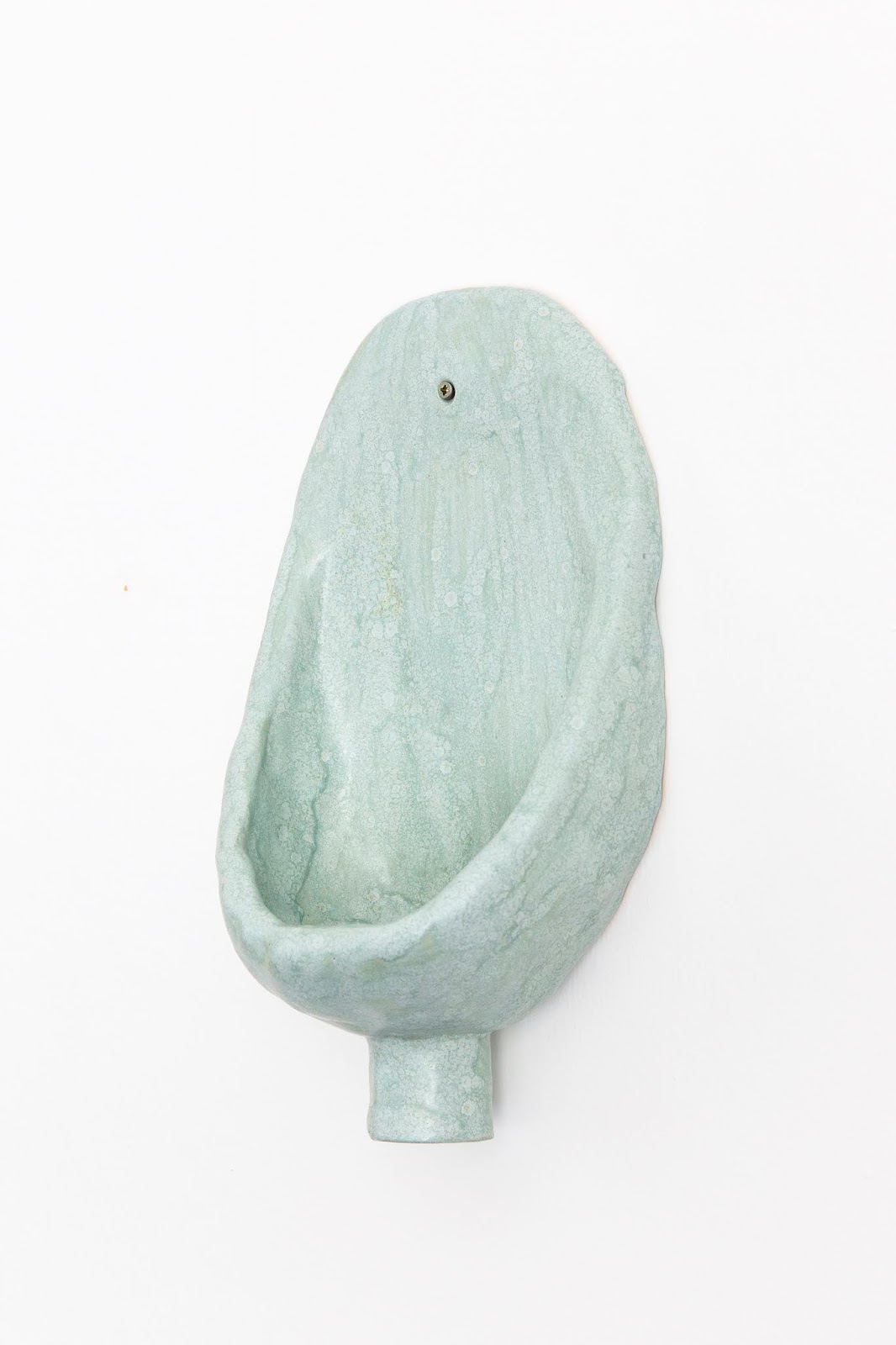 In Marco Bruzzone’s exhibition Ruin, a collection of ceramic vessels evocative of the common men’s urinal, the artist explores the material infrastructure of modern masculinity. As the title suggests, maleness, for Bruzzone, names a social and historical project to which he feels an ambivalent and alienated commitment. Ruin thus thematizes the looming (and in some respects, already accomplished) obsolescence of contemporary masculinity. It does so with humor and beauty, in a manner uncolored by nostalgia or ressentiment. In this way, Ruin explores a certain queerness, imagining (and asking the viewer to work towards) a speculative future in which the material objects that give form to maleness are themselves artifactual rather than vital – objects of curiosity that stand at a certain historical-cultural remove, inviting the viewer’s imaginative reconstructions. The textural, handmade quality of the works evince the care with which Bruzzone inhabits this speculative future, where, by a series of imagined historical reversals, manhood and its ready-mades are themselves long in ruins. Bruzzone thus asks his viewers to join him in an archaeology of the future anterior, asking us to imagine what manhood will ultimately have been, and enjoining us to bring about its ruin.