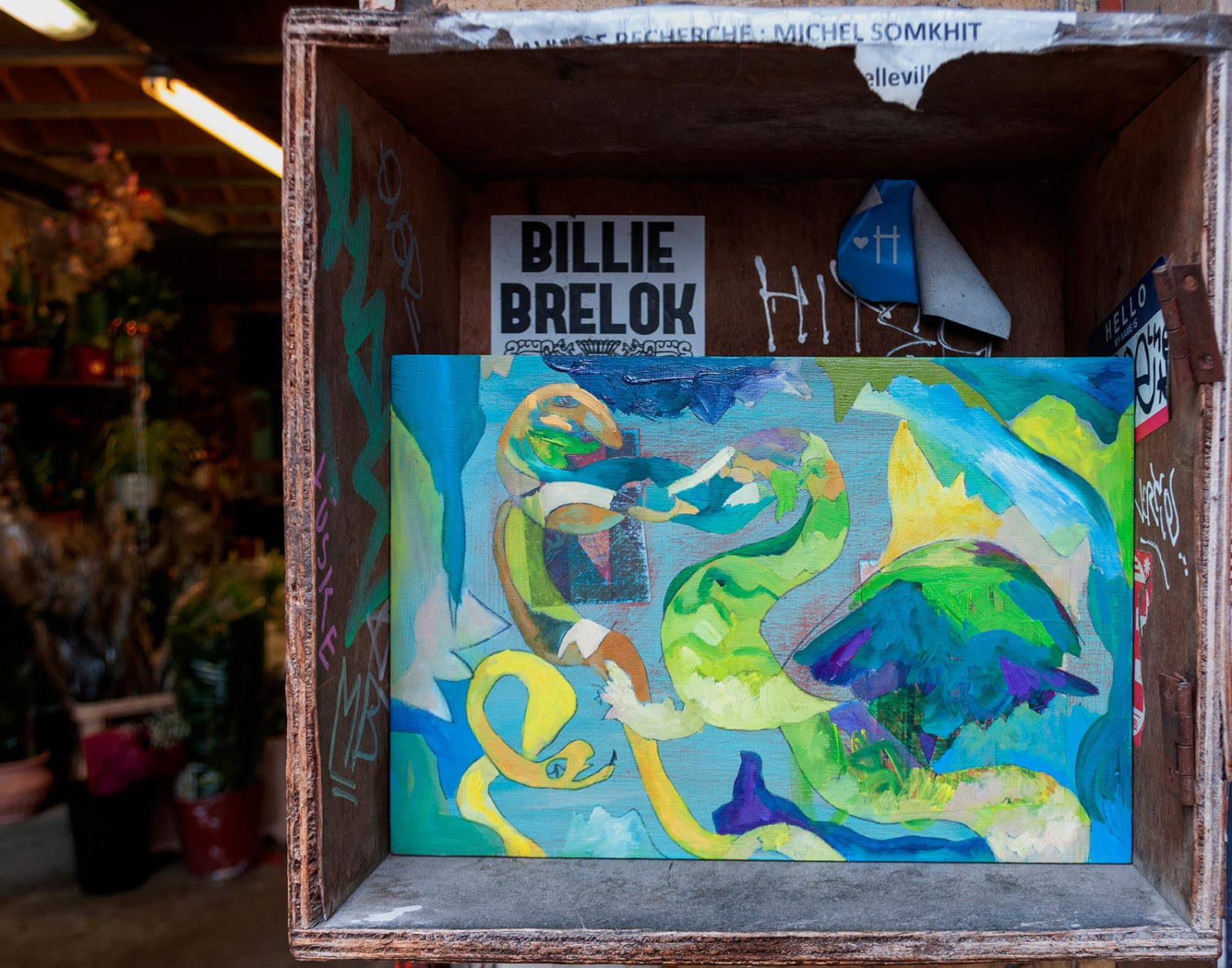 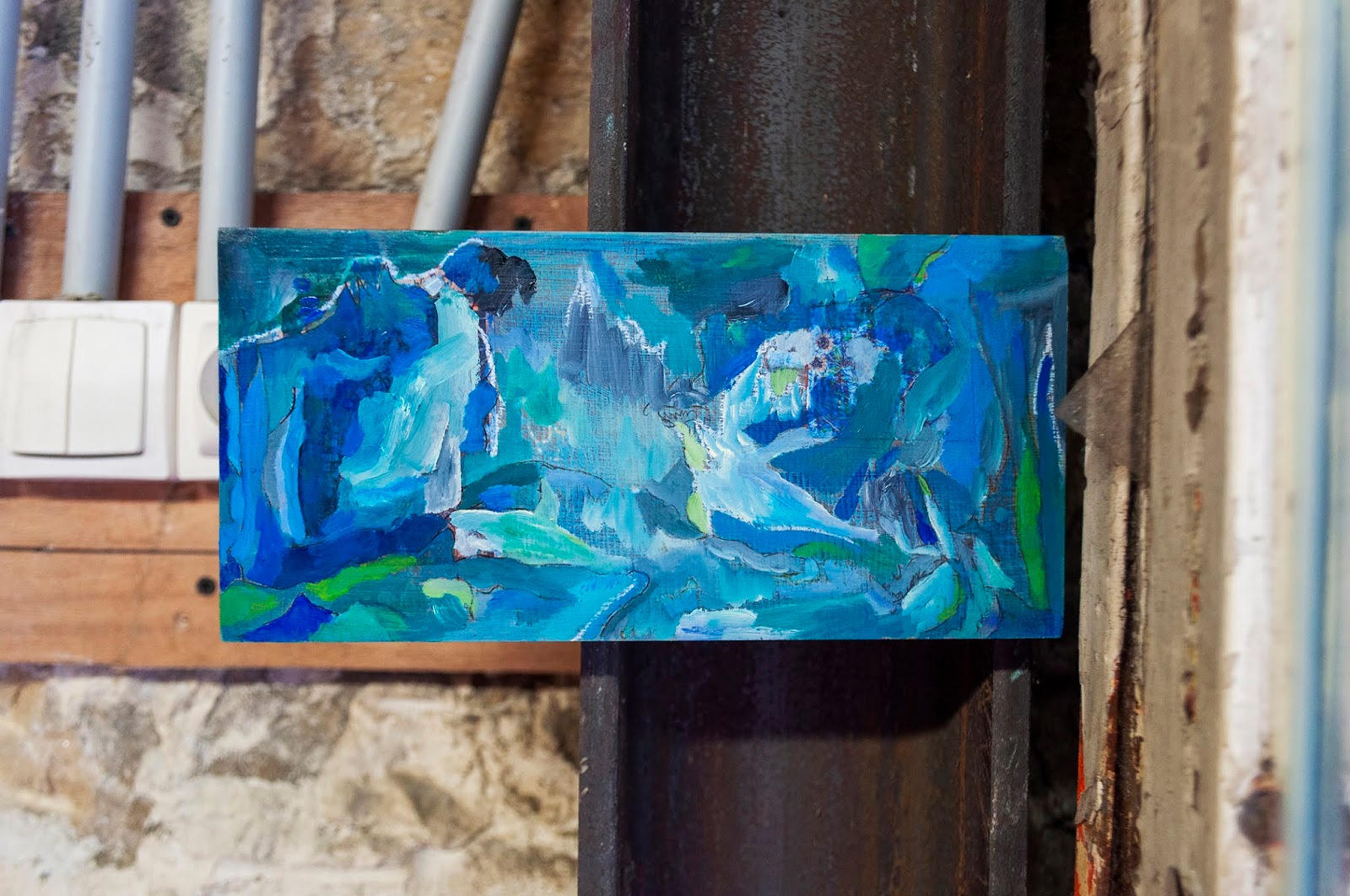 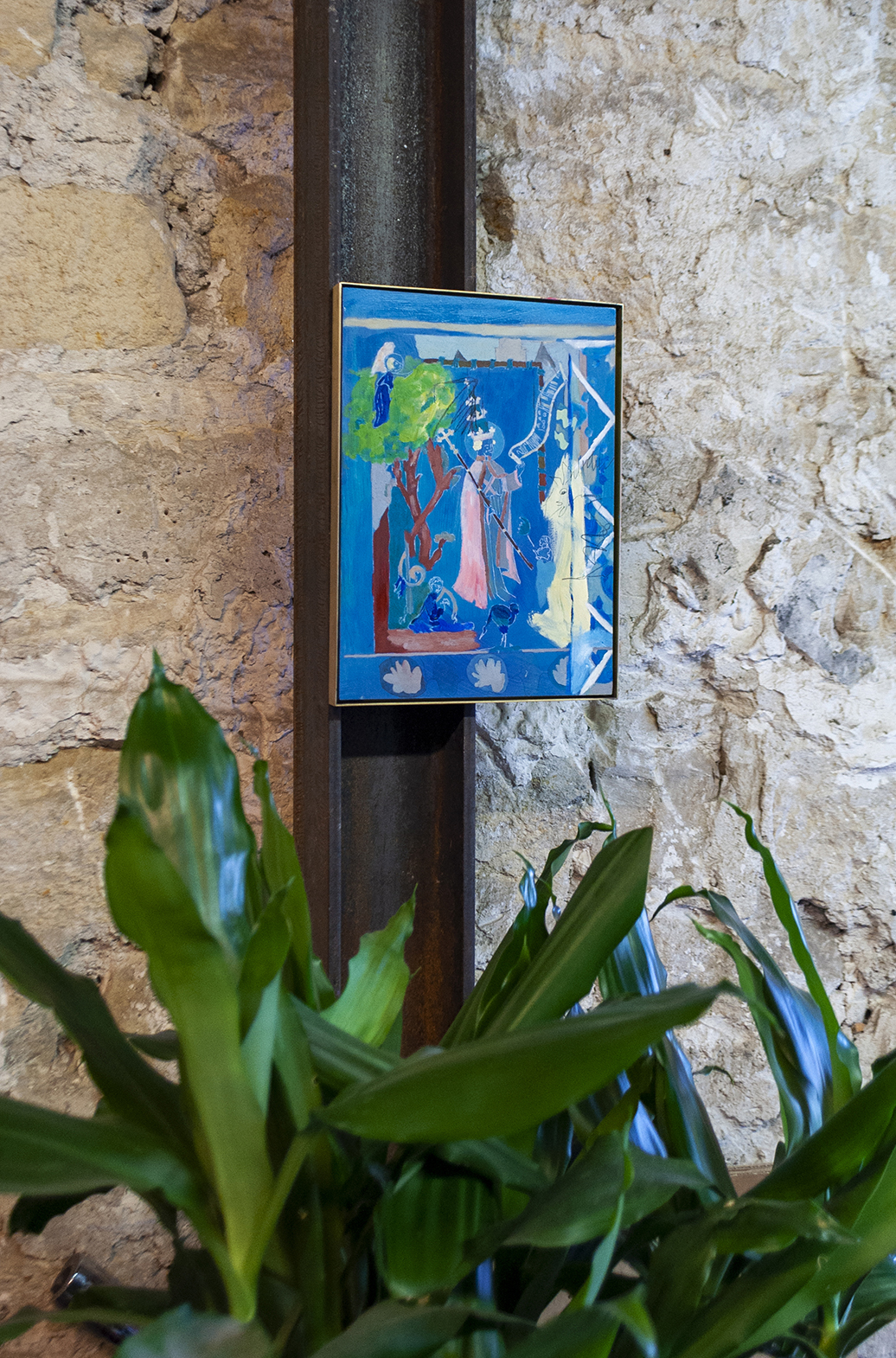 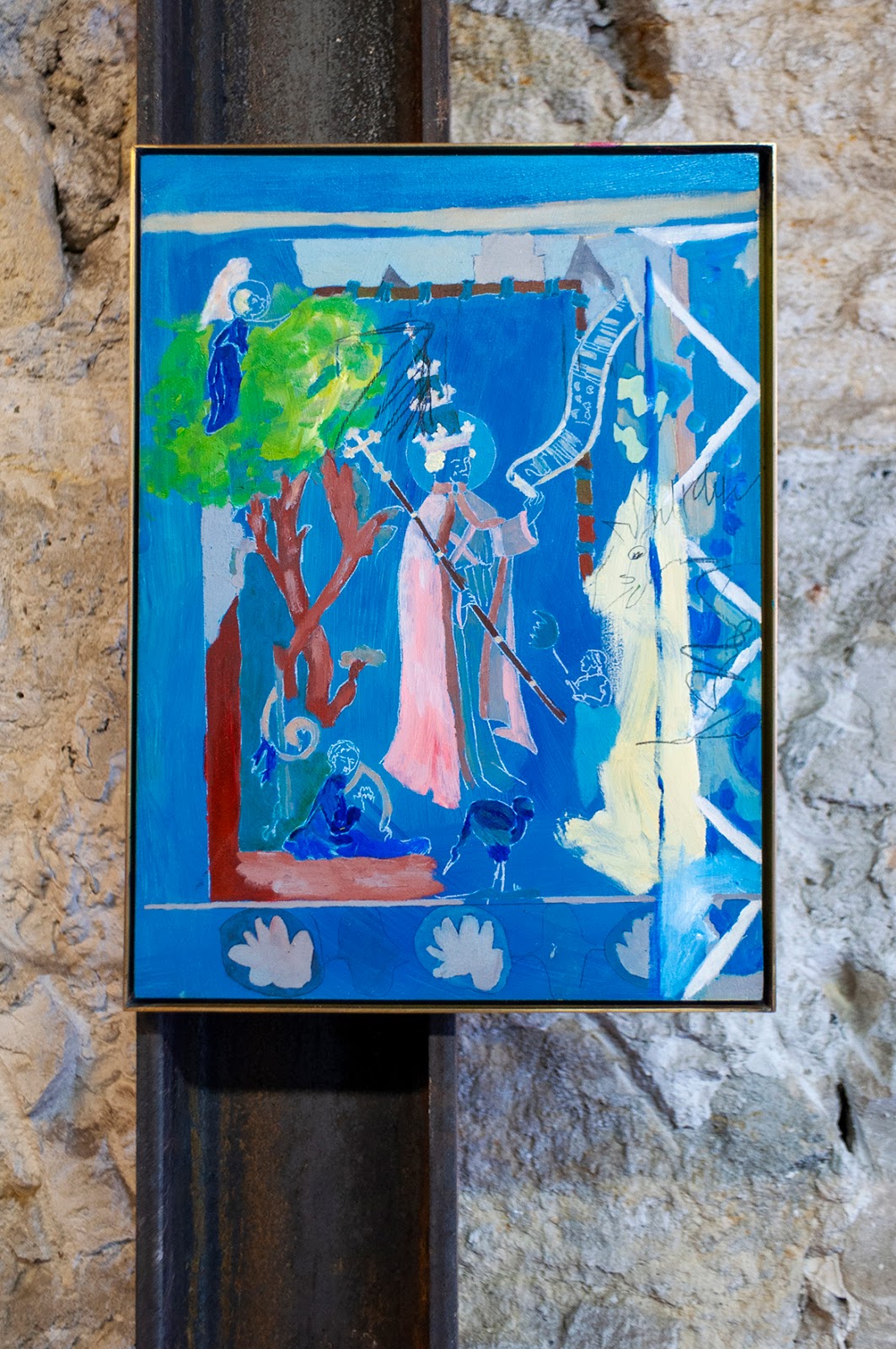 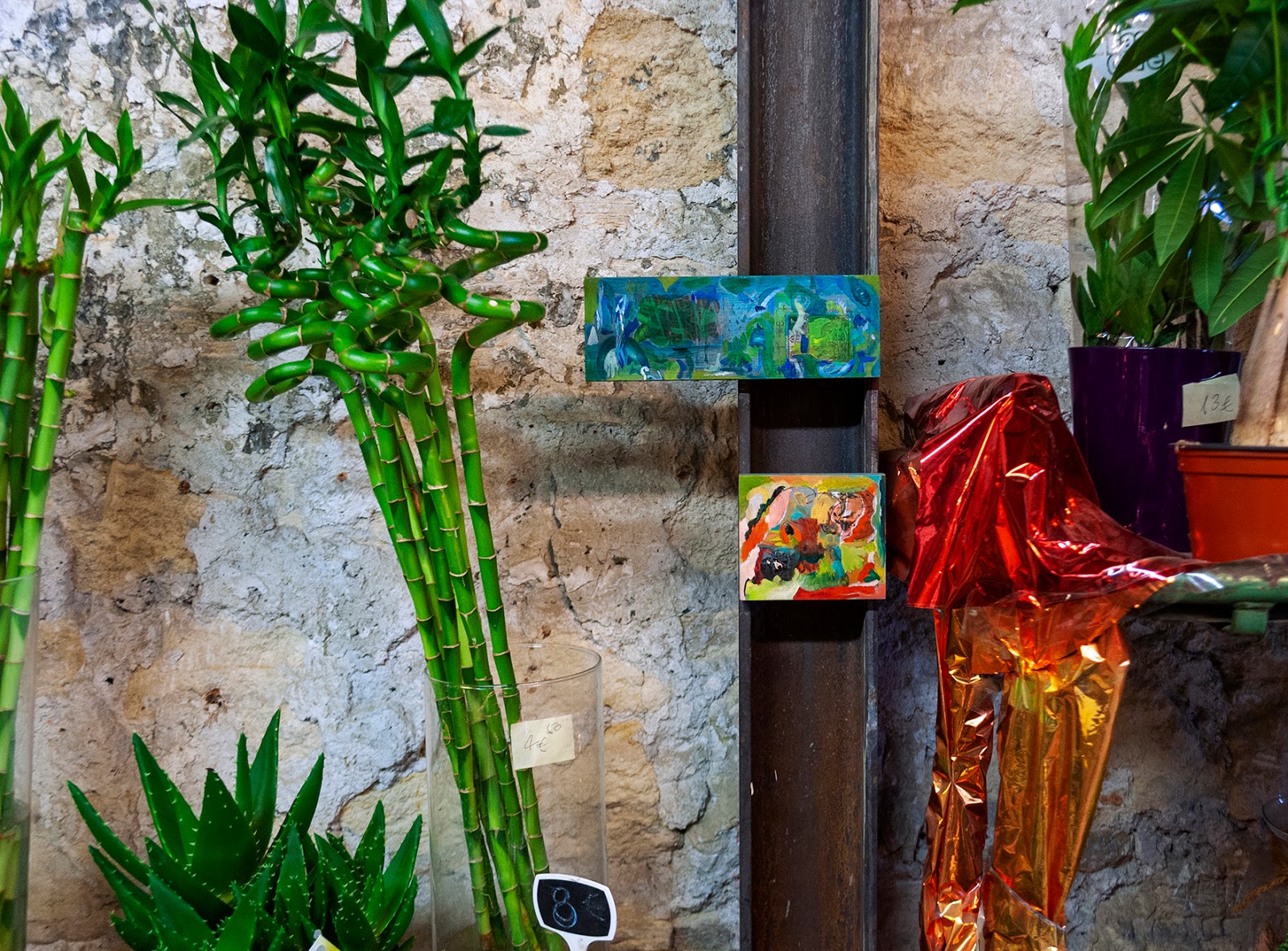 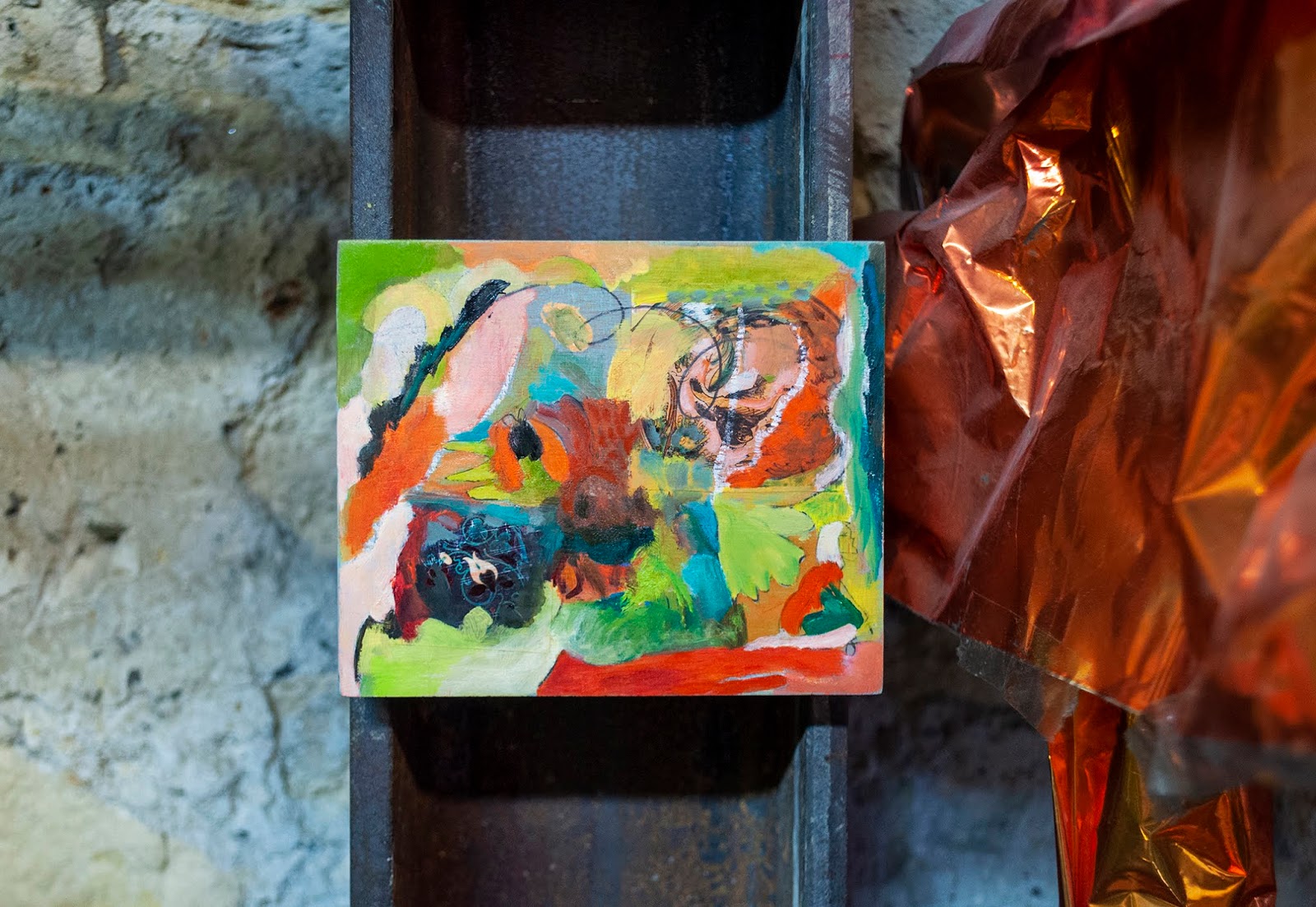 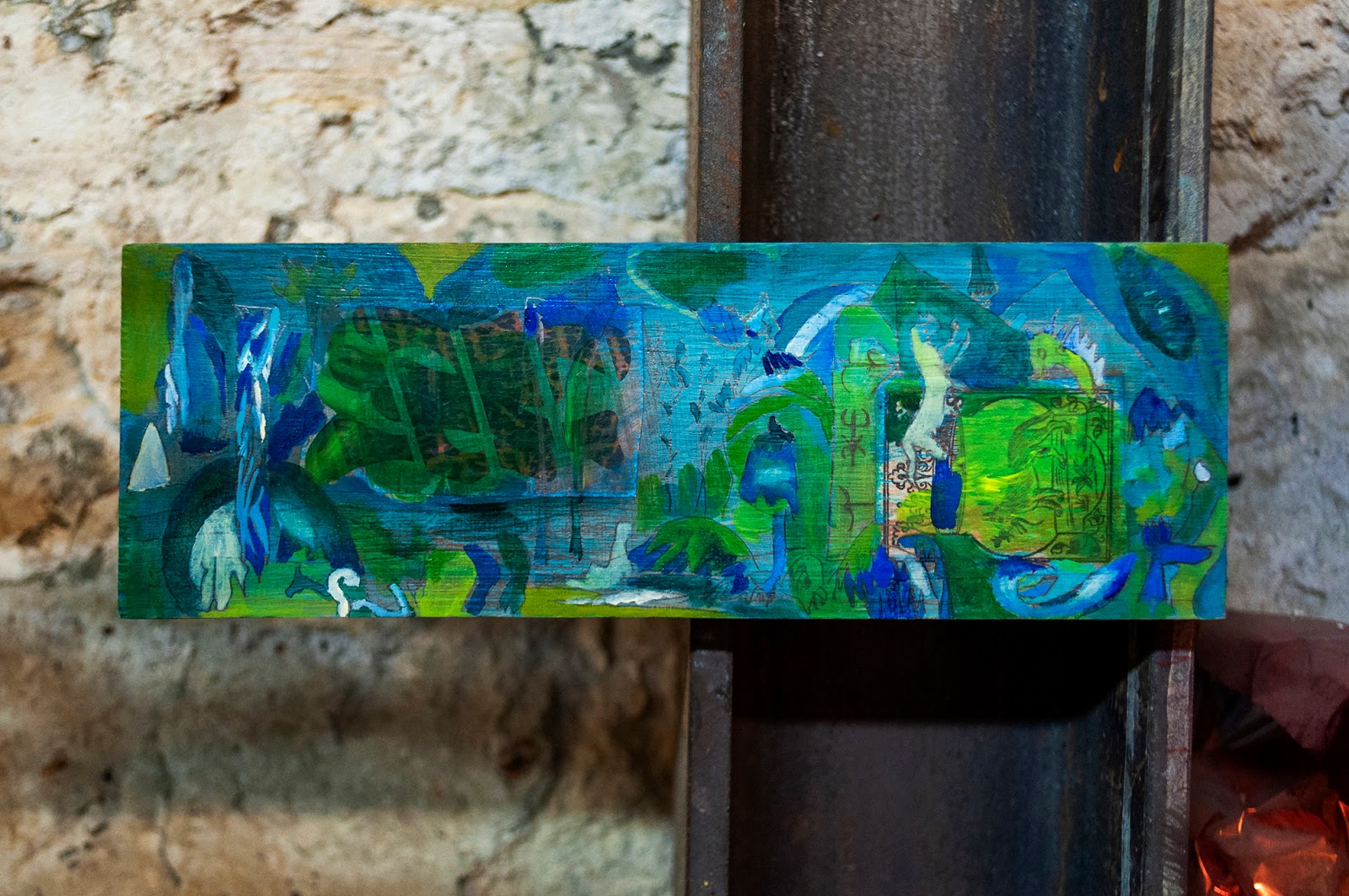 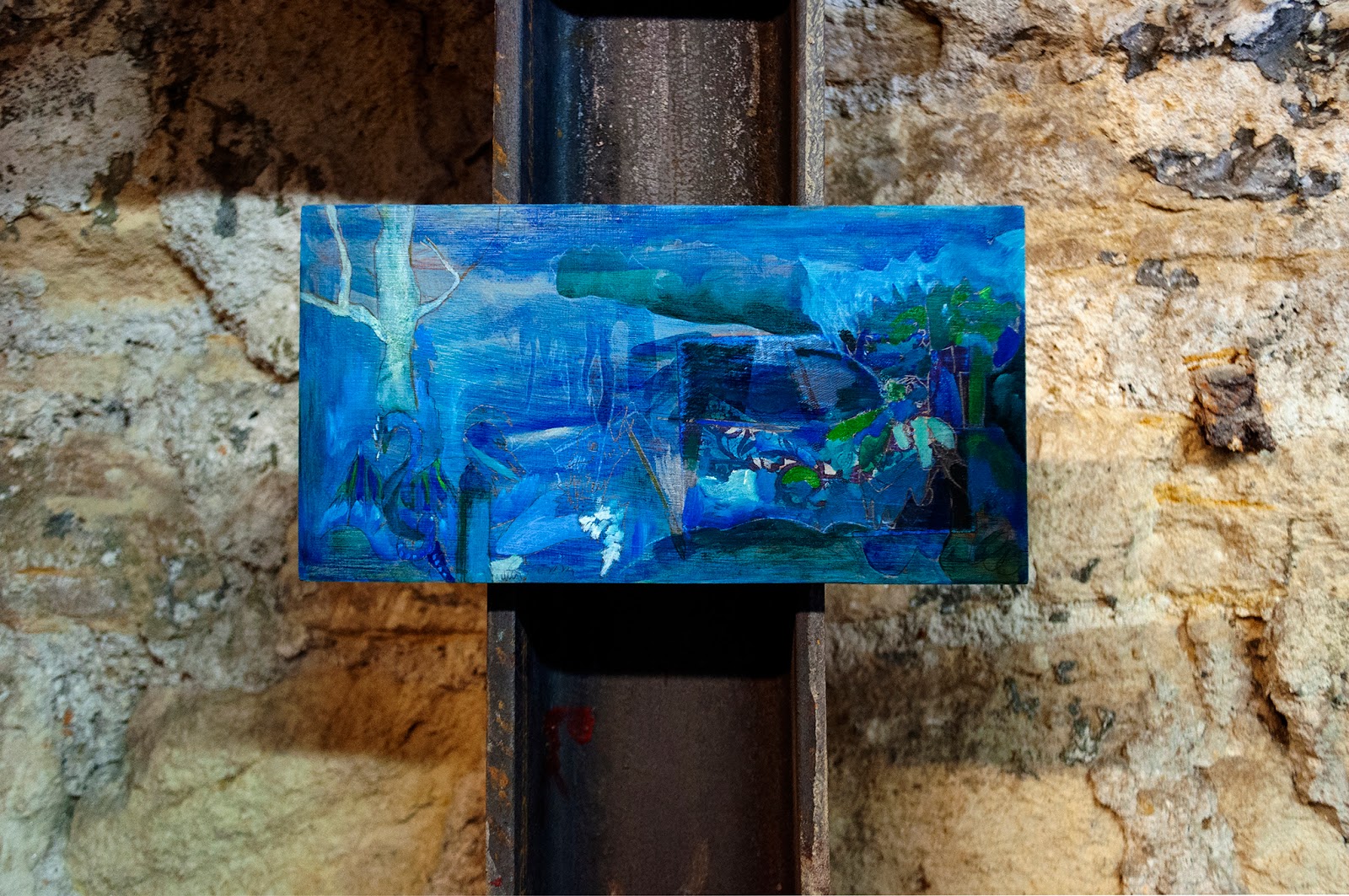 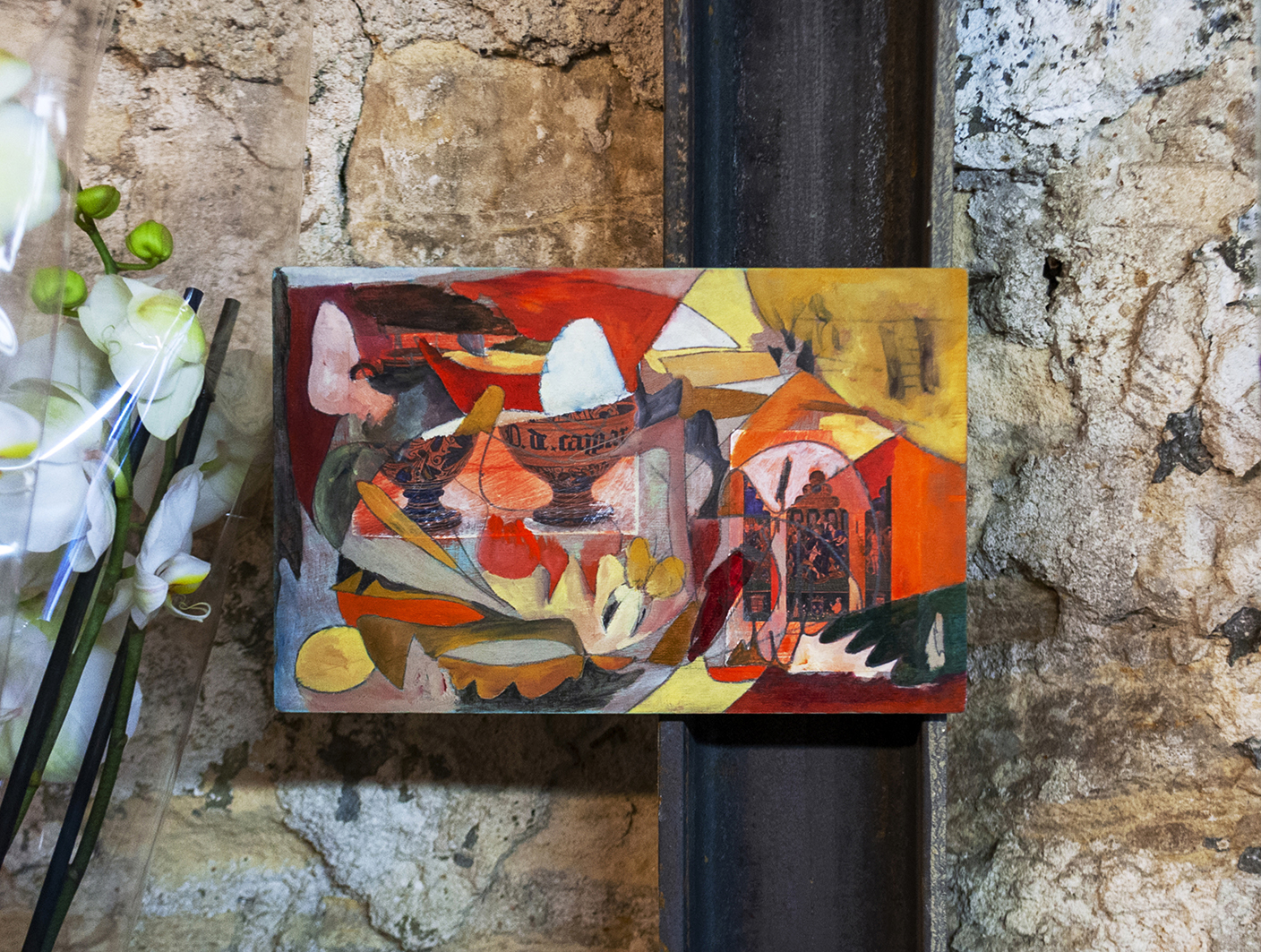 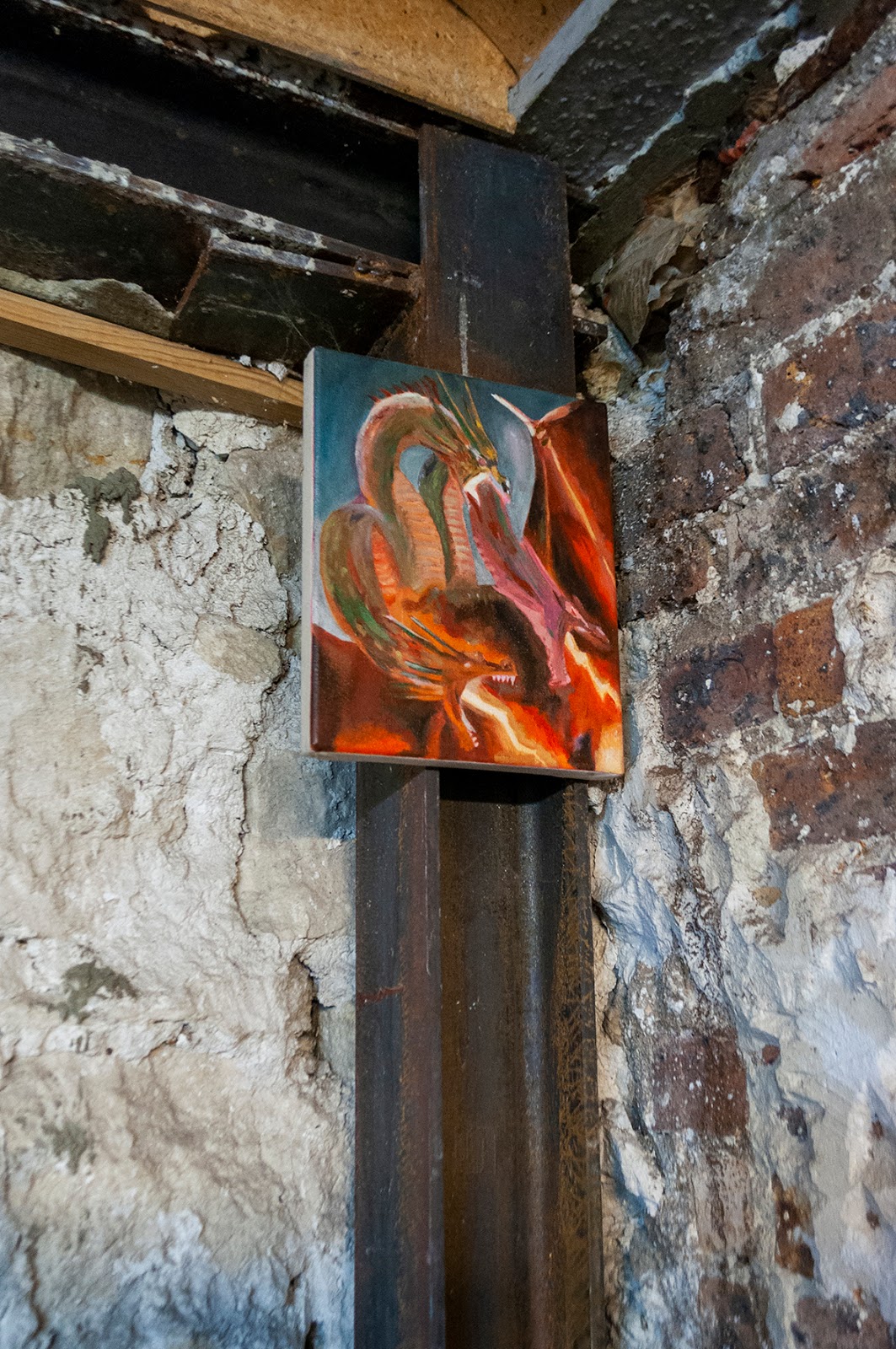 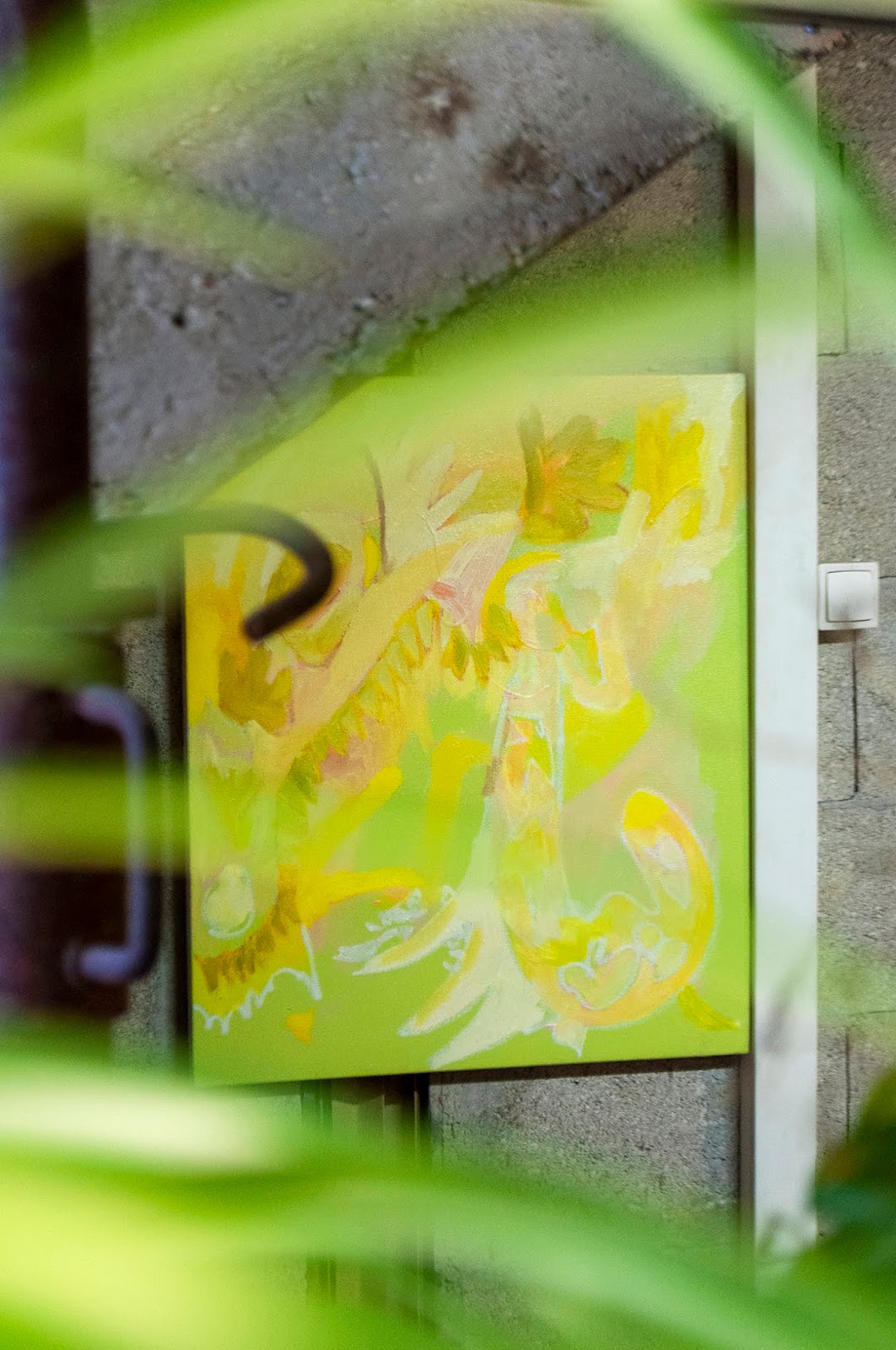 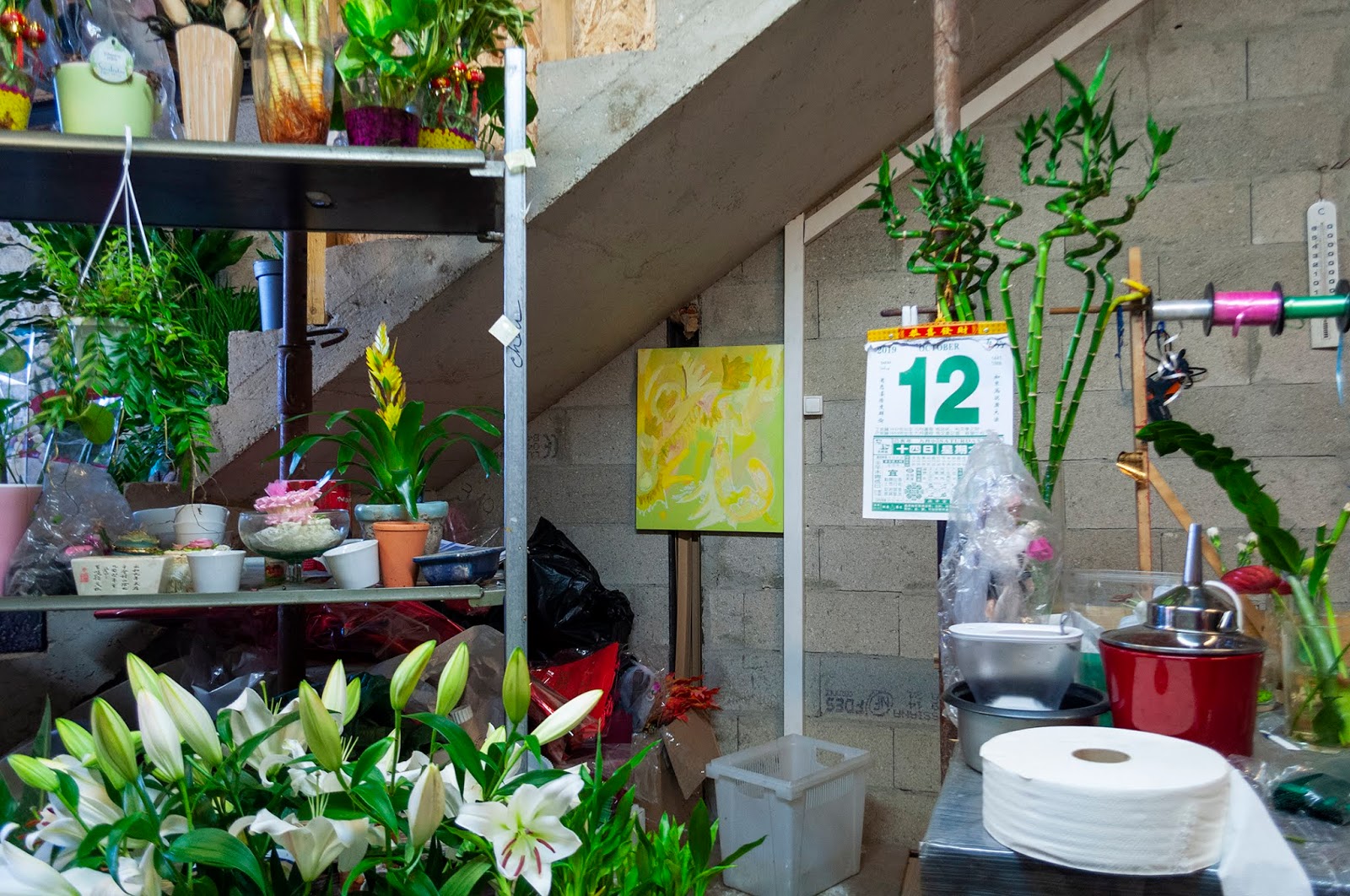 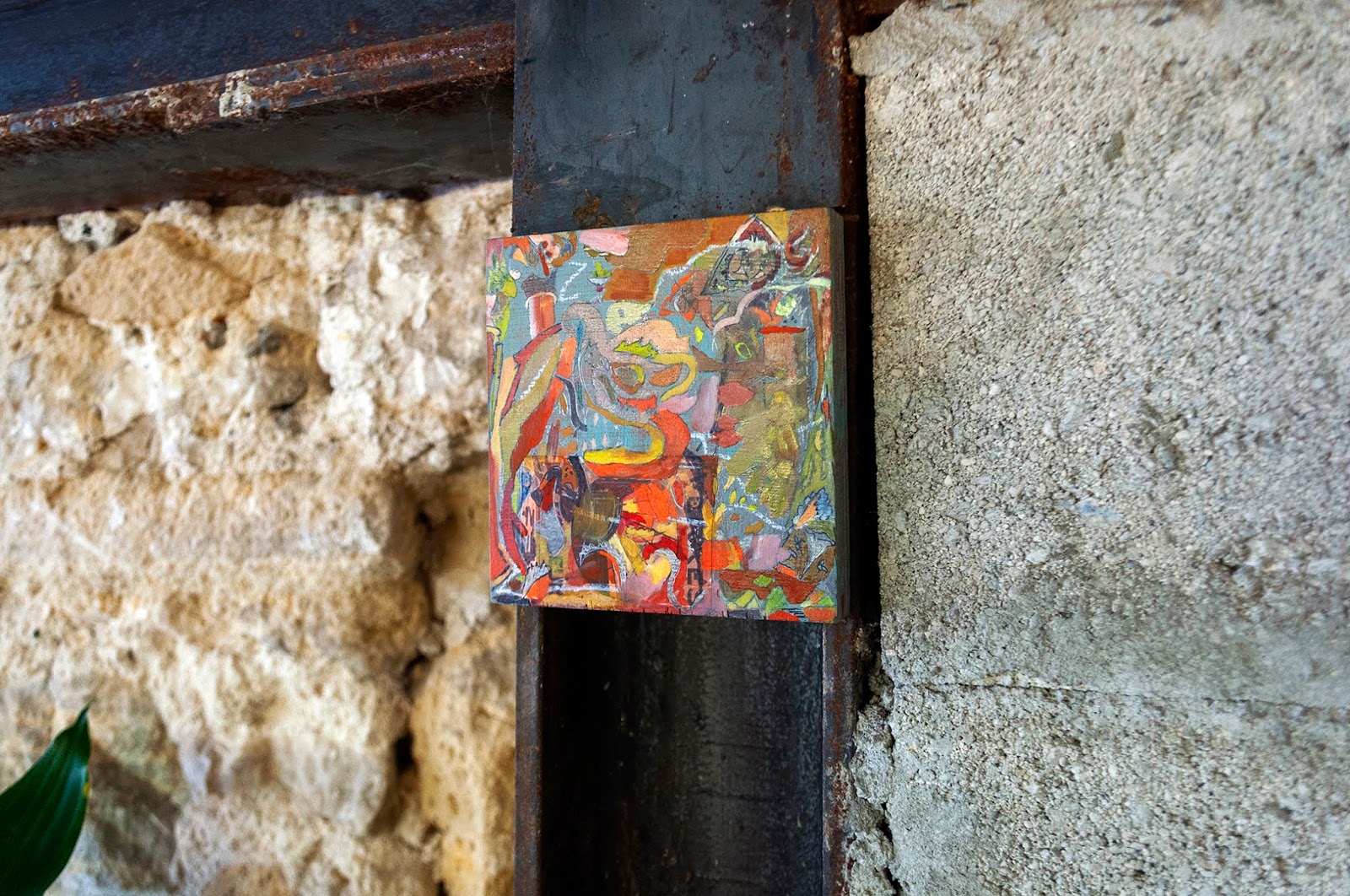 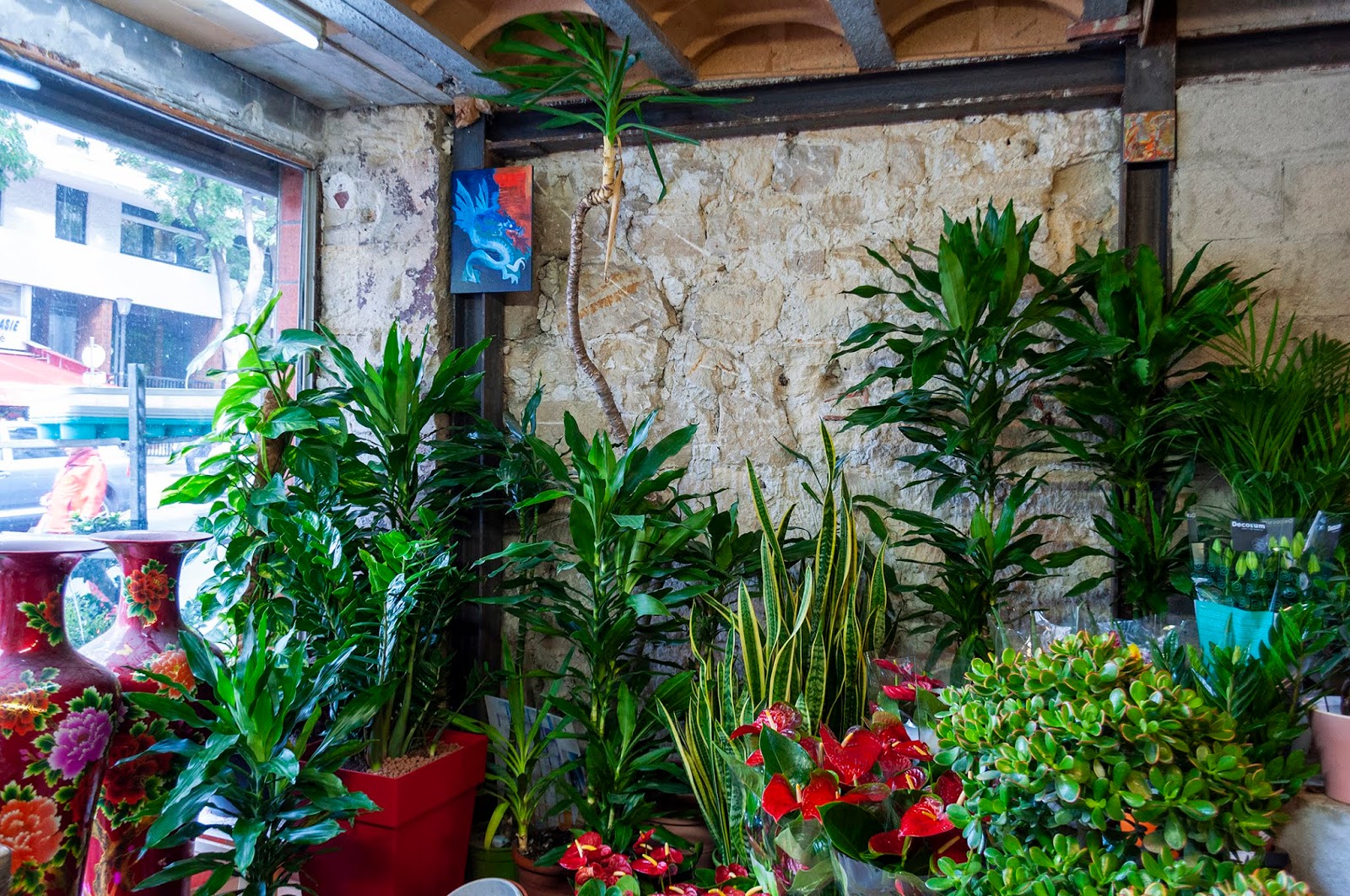 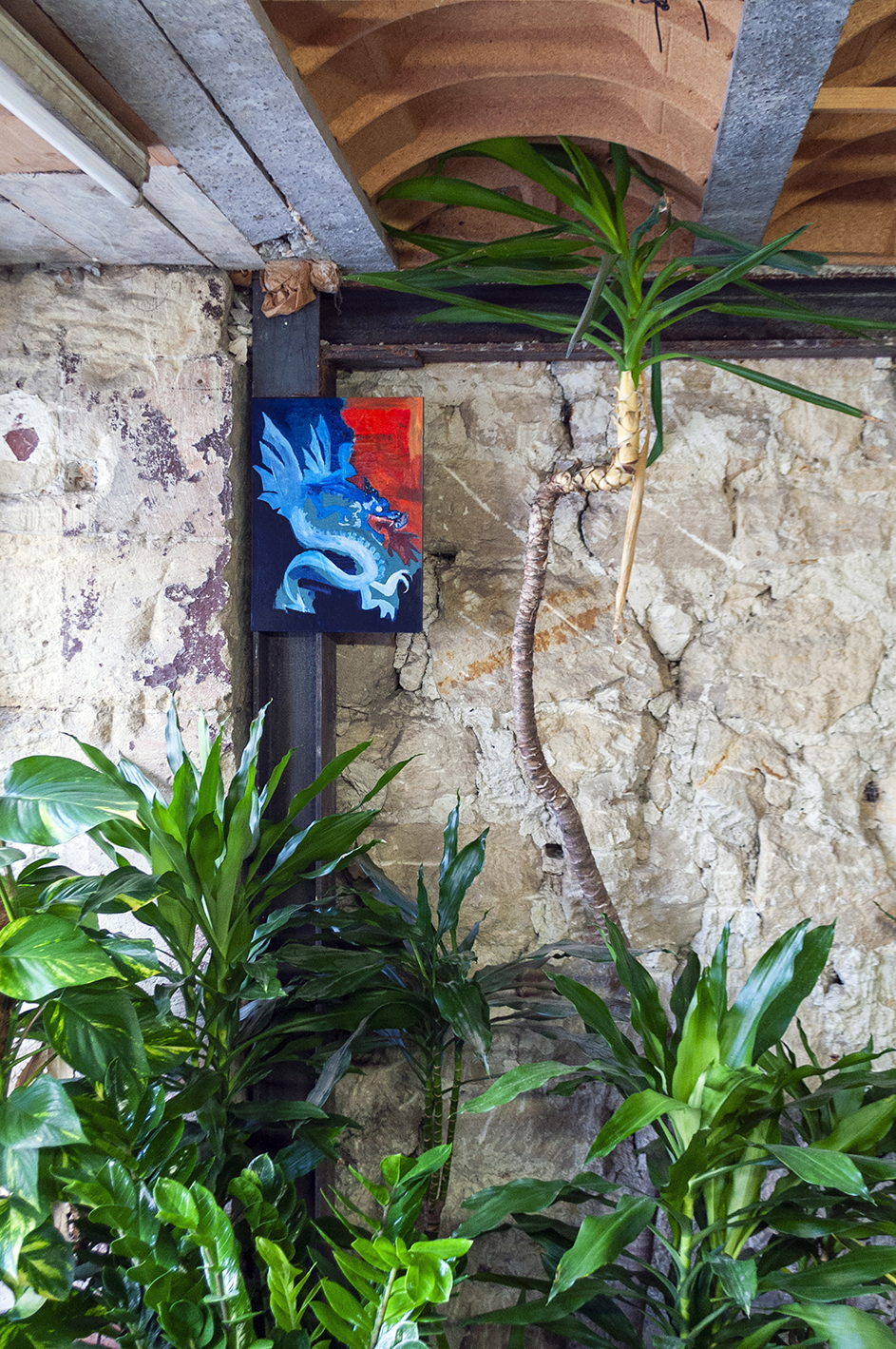 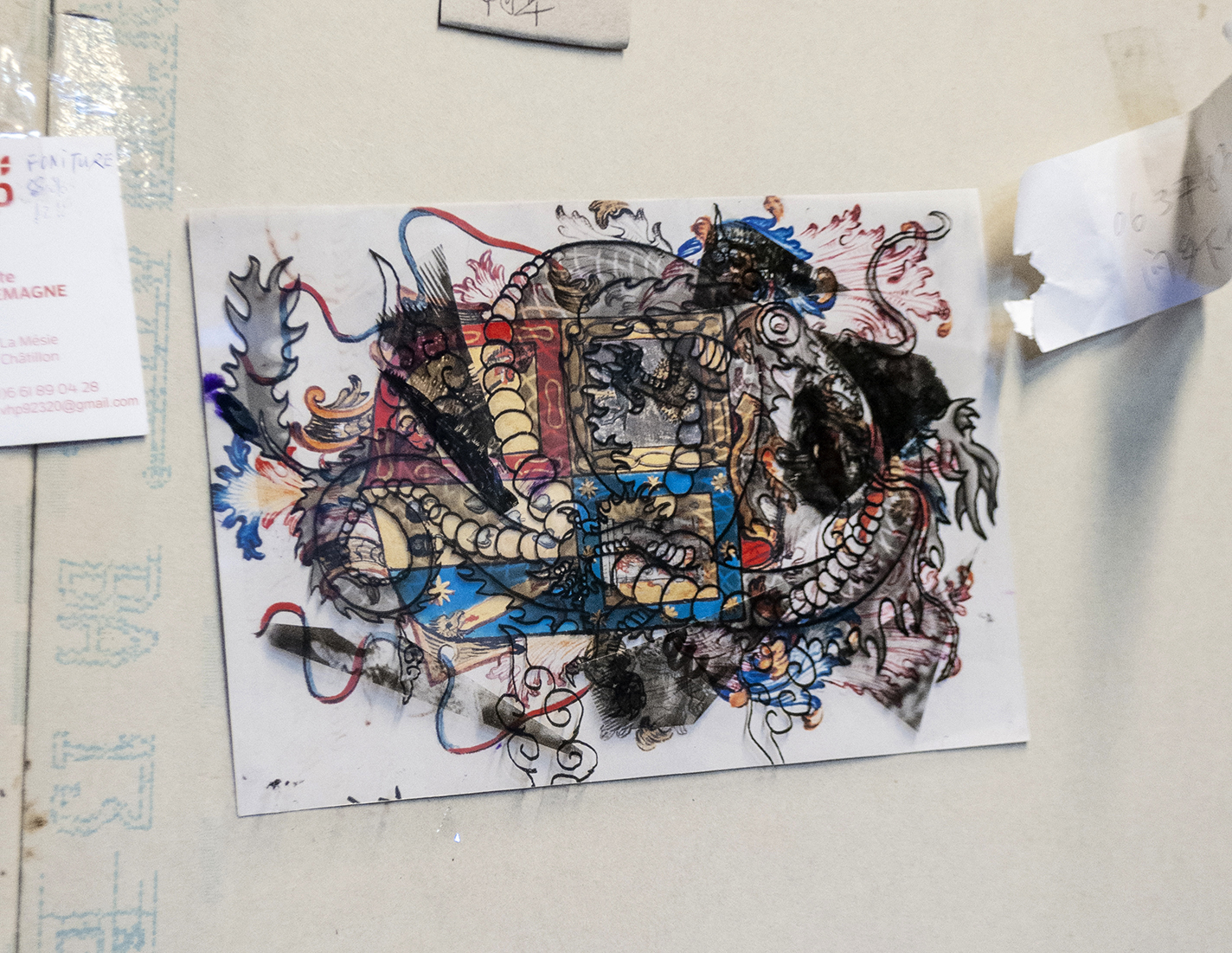 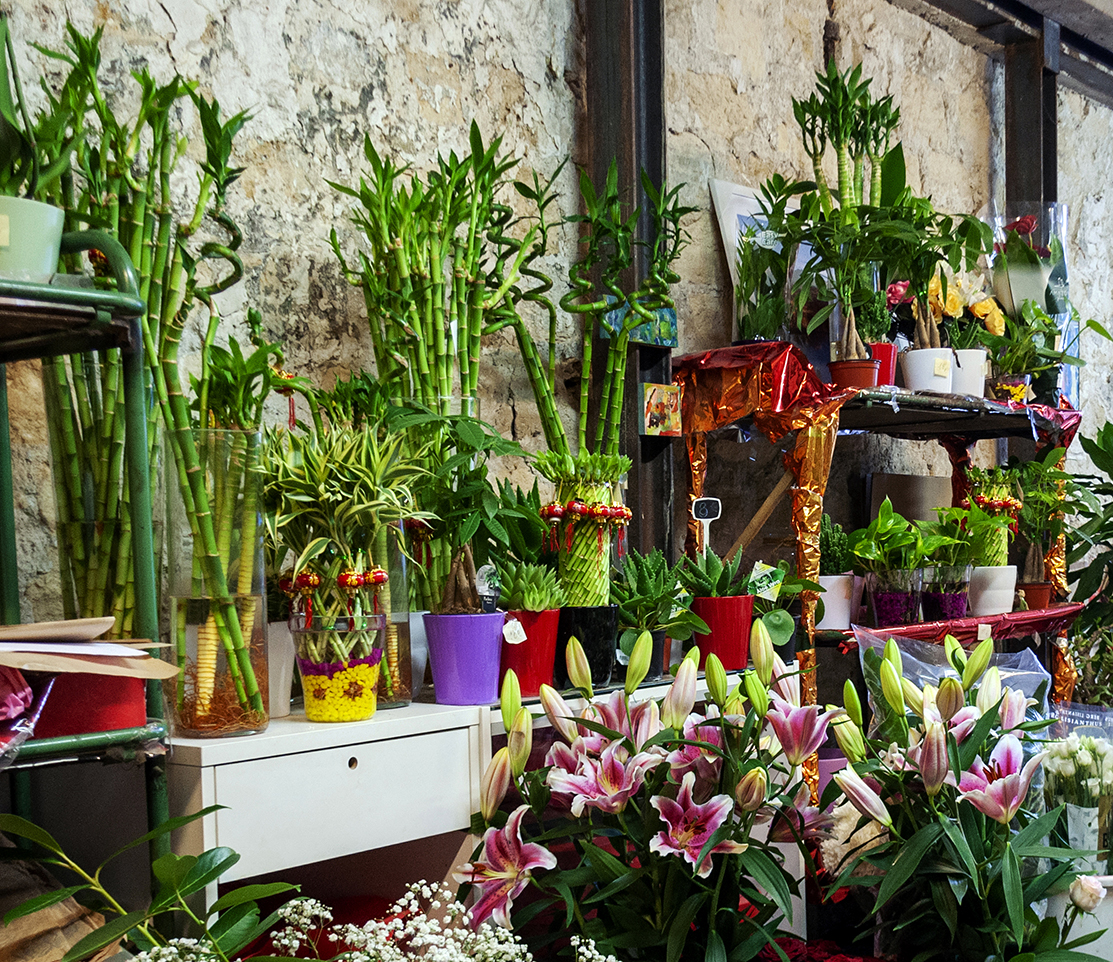 “I think there is a dragon among us today, growing in such proportions that it is becoming increasingly difficult to adopt a sustainable lifestyle. This dragon inhabits the rupture we created between the world and our imagination.” (Tim Ingold, Marcher avec les dragons, 2013)

For its first edition, Palomar Projects is pleased to present a solo show of French artist Lauren Coullard at Fleuriste Val de Roses, a florist in Belleville.
Inspired by the nature and history of the site located in one of the most vibrant Asian neighborhoods of Paris, Lauren Coullard presents a new series of paintings in which we find one of her favorite figures immersed in lush and magical landscapes: the Dragon. An archetypal creature, the dragon has crossed the imaginations of different periods and latitudes, from ancient Greece and Rome, to Arabia, China and many other civilizations. Although Western culture has imagined the dragon as mainly evil and now relegates it to the infantile world of childhood, in Chinese cosmogony it has an essentially positive magical power. Dragons are associated with Yang, one of the two creative principles of the world, to which development, light, momentum and warmth correspond. Thus, in Lauren Coullard’s paintings we have the impression that even if "we do not know the meaning of the dragon as that of the universe, there is something in its image that is in harmony with the imagination of men, it is, so to speak, a necessary monster," (J. L. Borges, Book of Imaginary Beings, 1957).

Palomar Projects is a curatorial project initiated by Elena Cardin. Offsite and nomadic, it consists of a series of solo presentations exploring the narrative potential of atypical and eccentric places located in and around Paris.
Elena Cardin (Italy, 1989) is a curator and writer based between Paris (FR) and Venice (IT). She previously worked as Hors-les-murs program curator at Parc Saint Léger - Contemporary art center and as artistic director assistant for the 57th Venice Biennale. She is a regular contributor of various art magazine including Zéro/2, Artpress and Aware magazine. She currently works as guest curator at Orange Rouge (session 2020 - 2021).