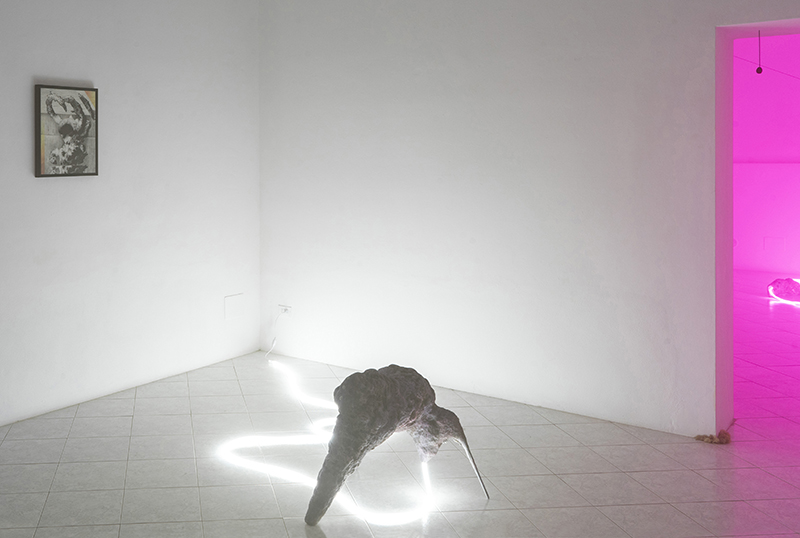 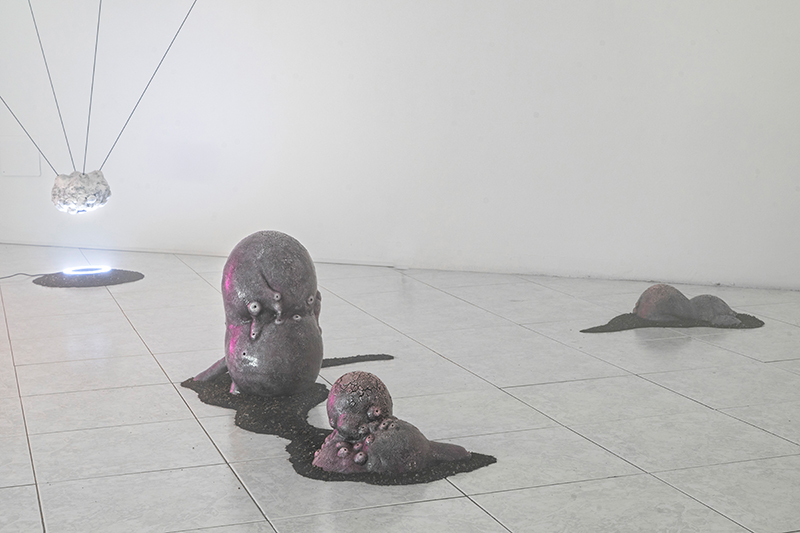 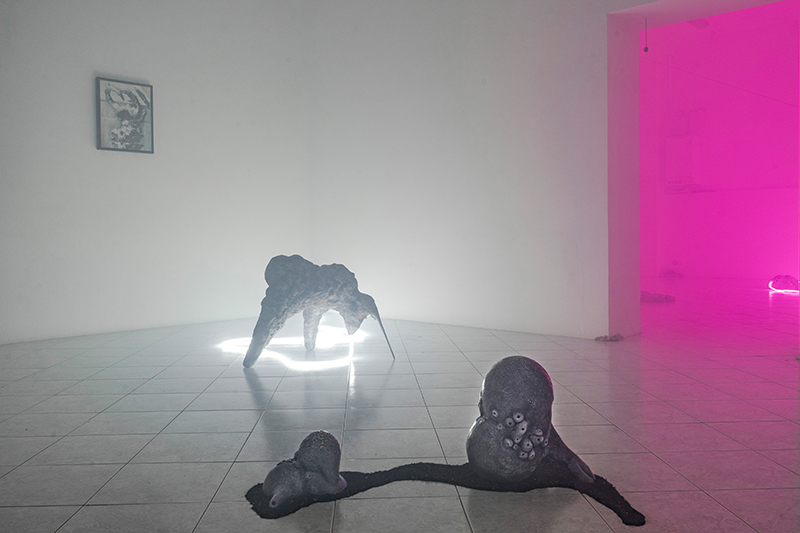 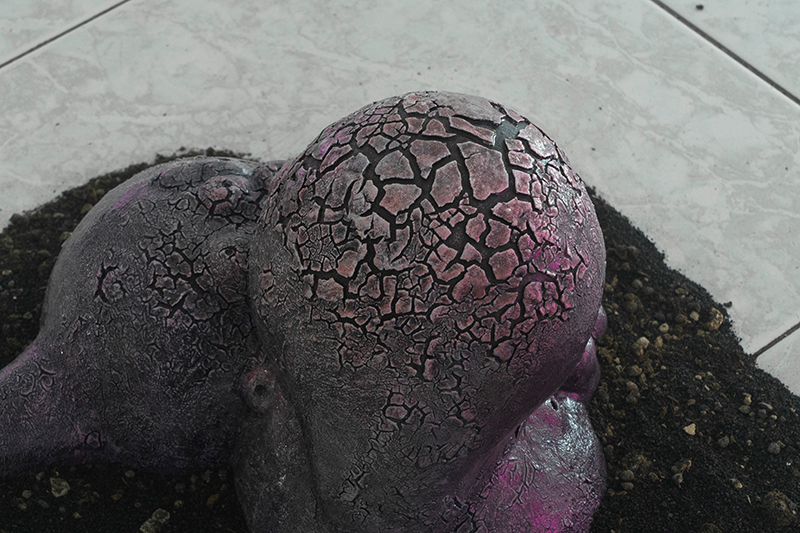 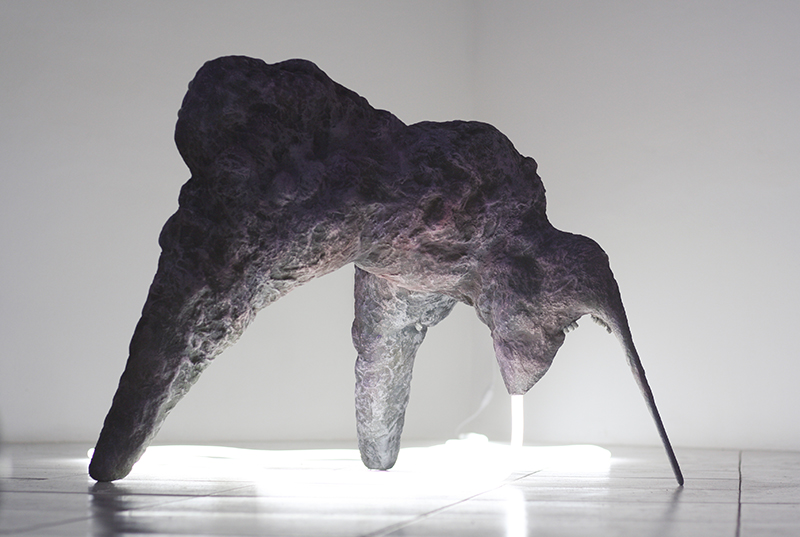 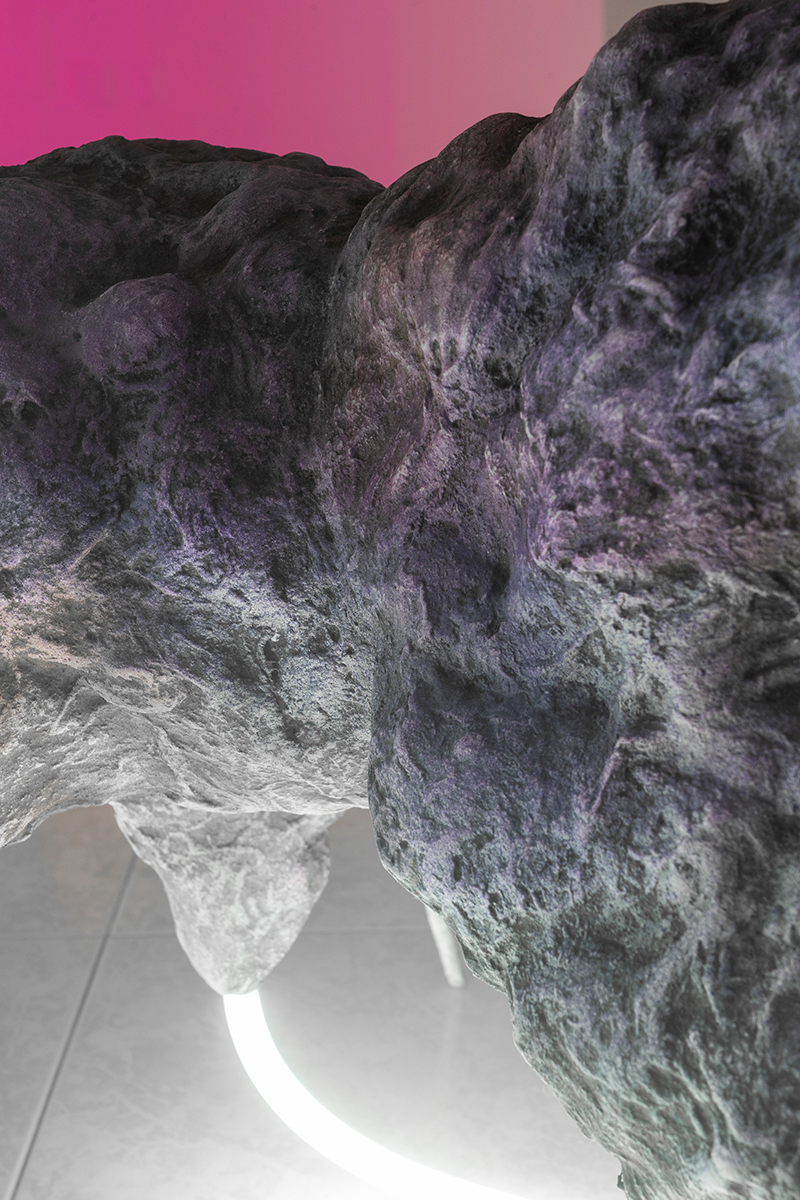 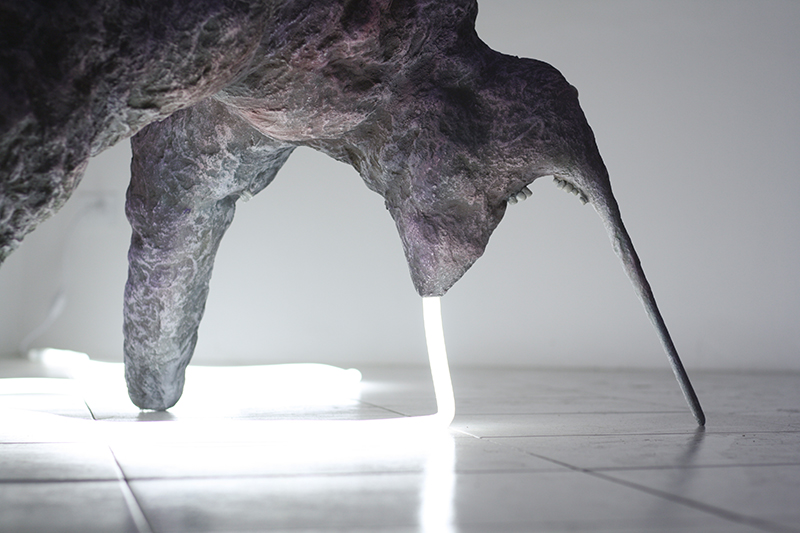 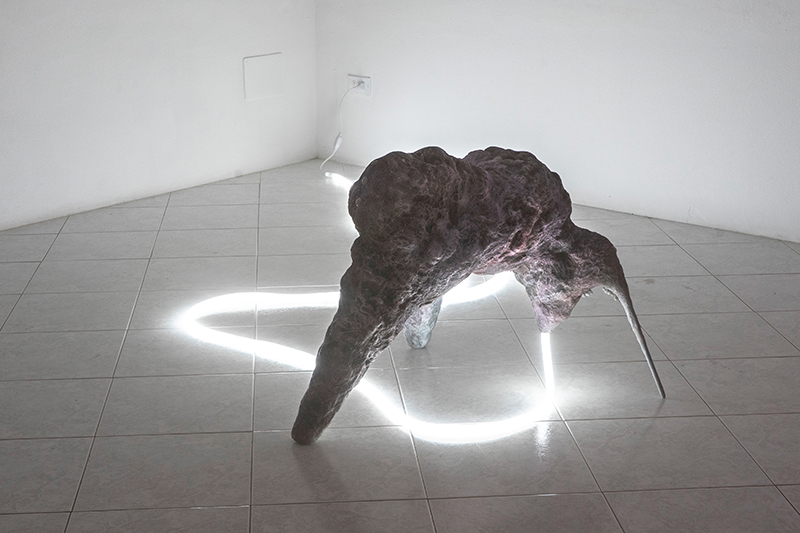 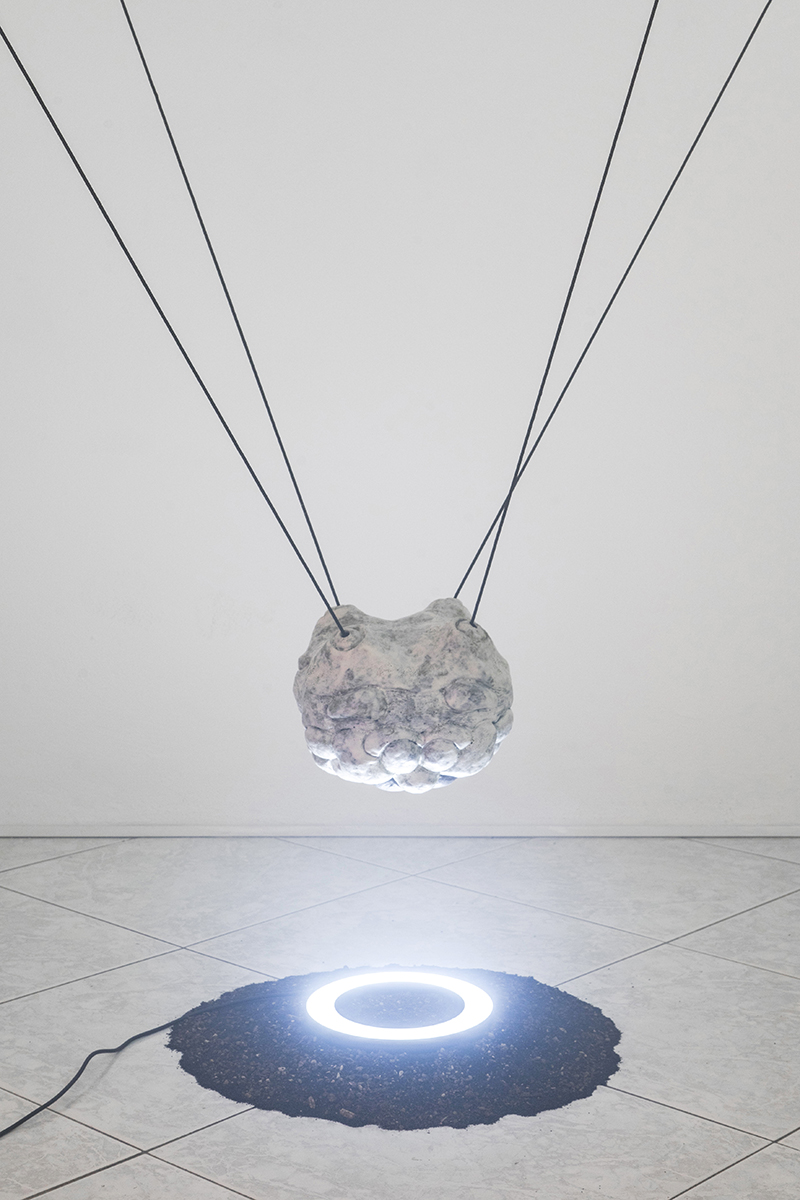 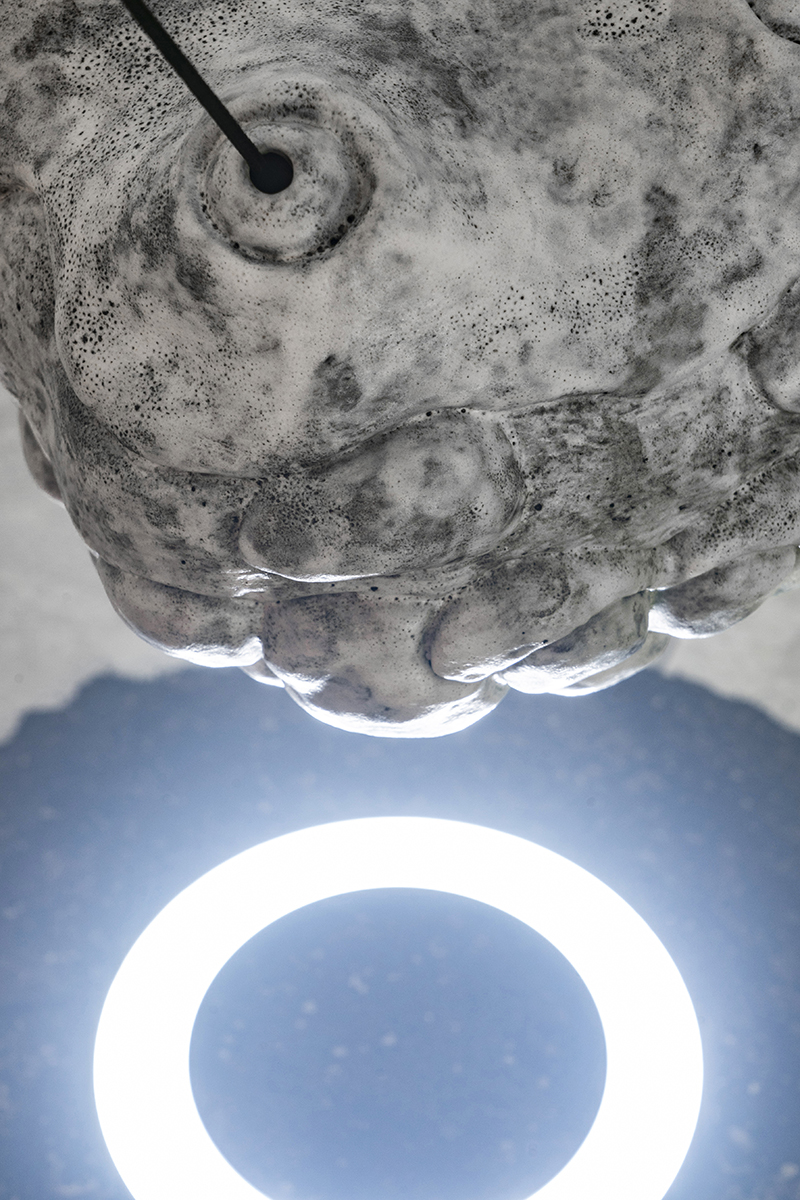 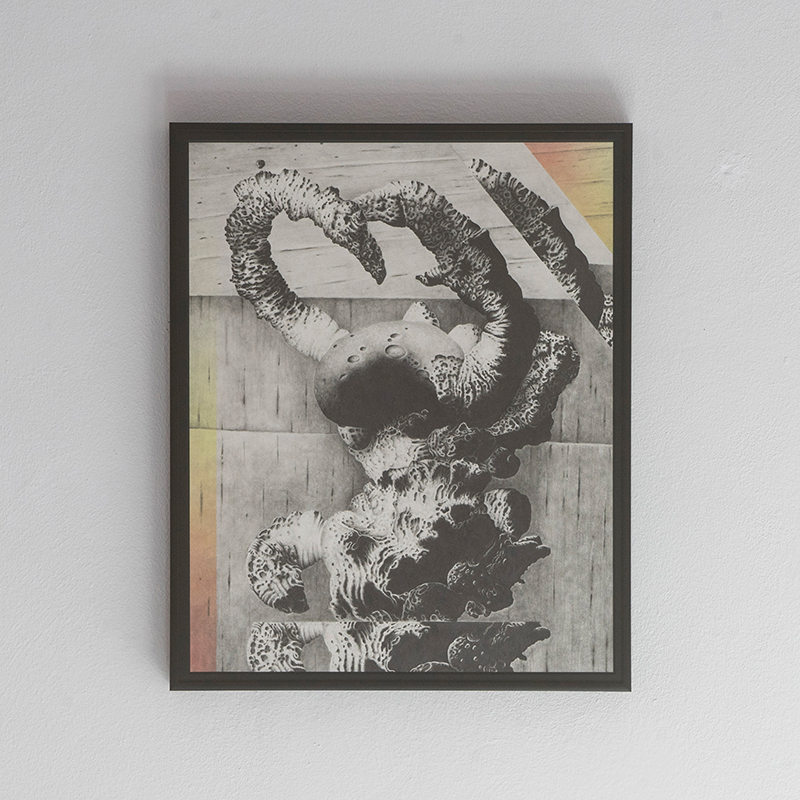 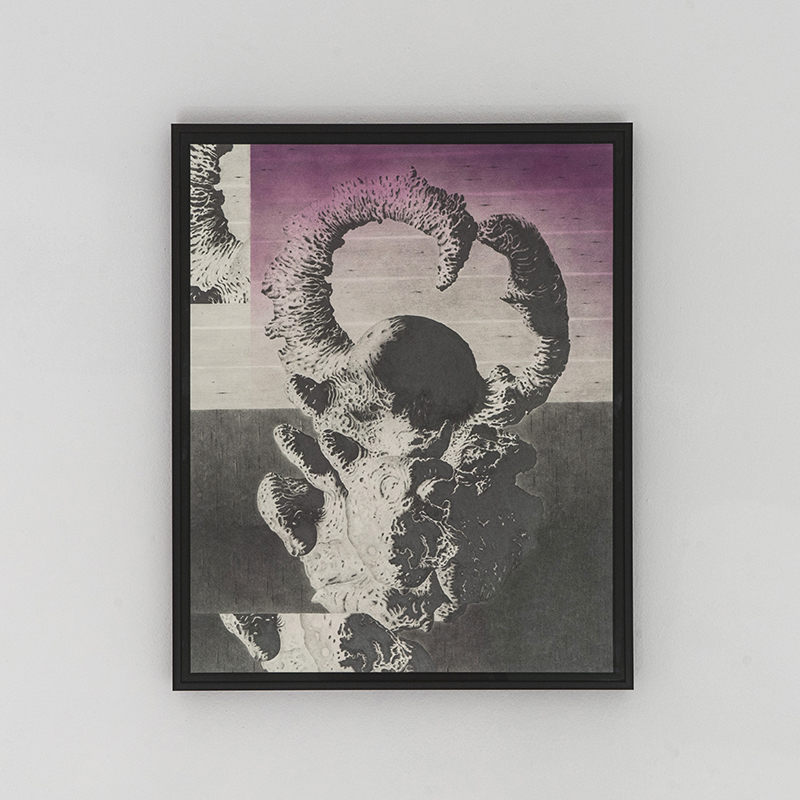 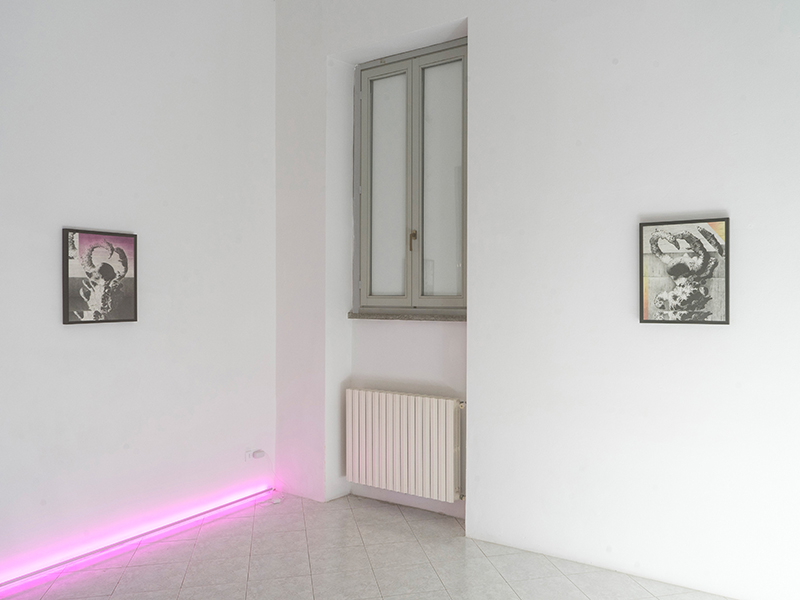 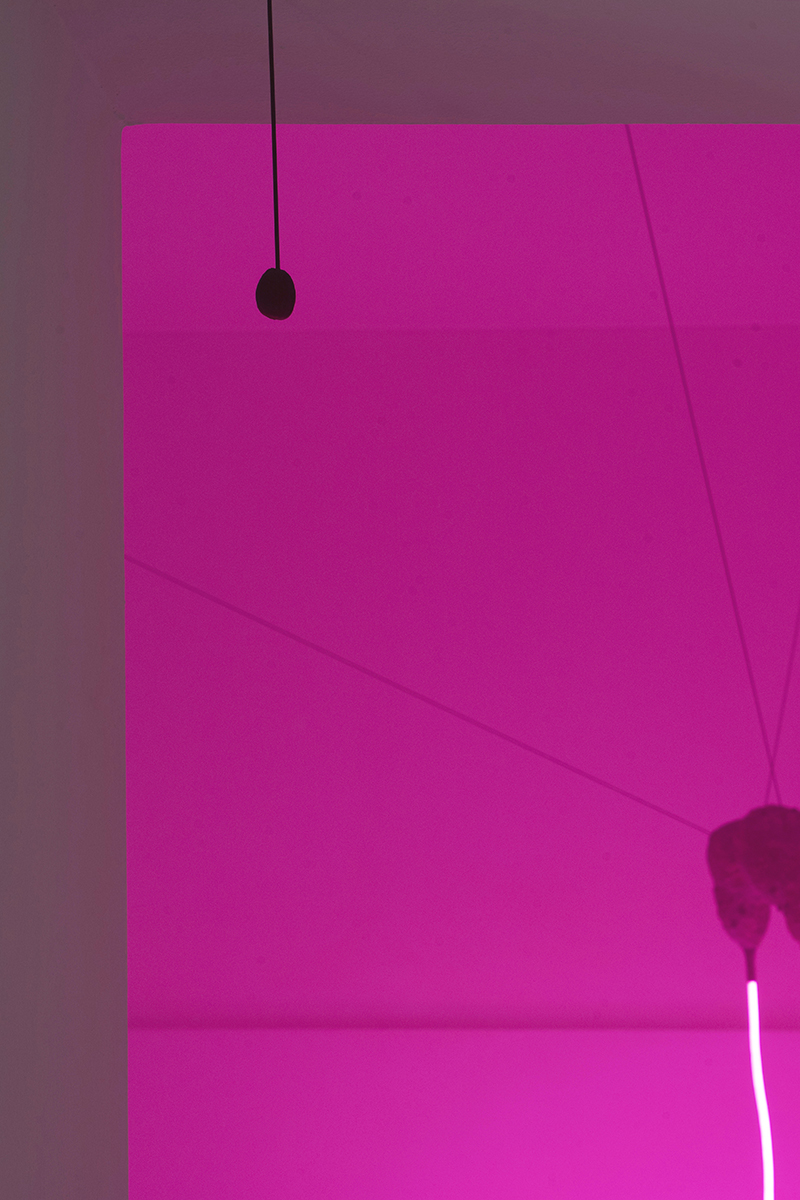 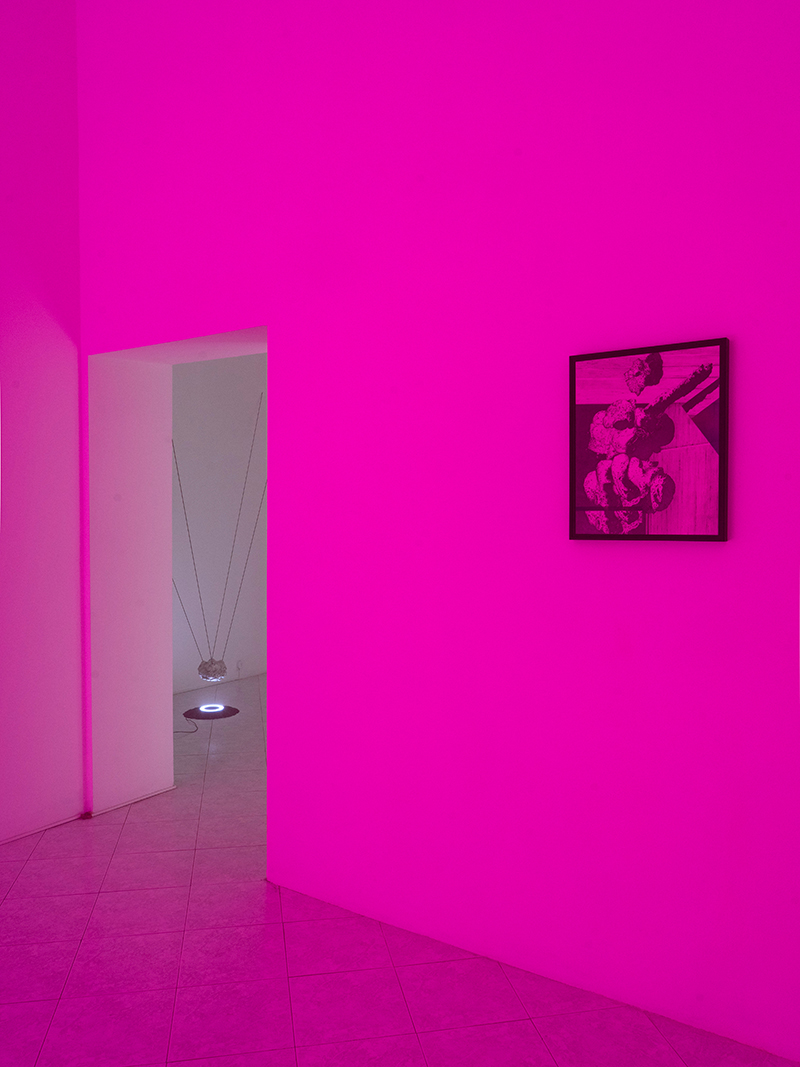 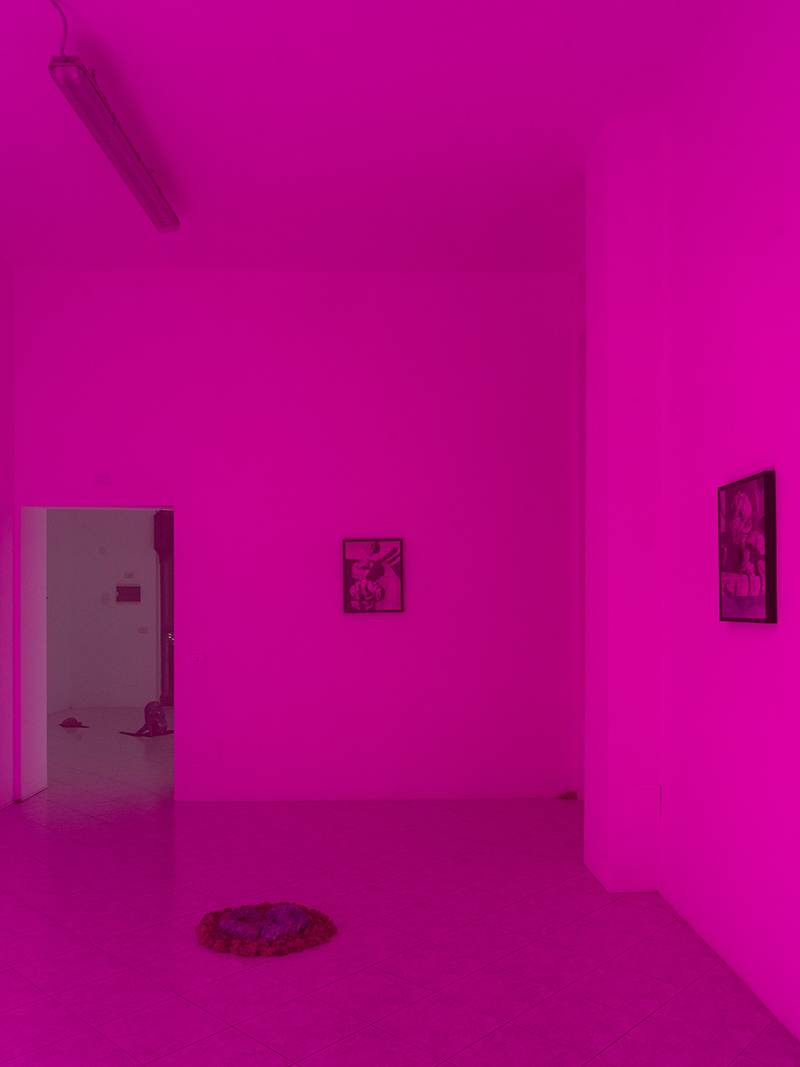 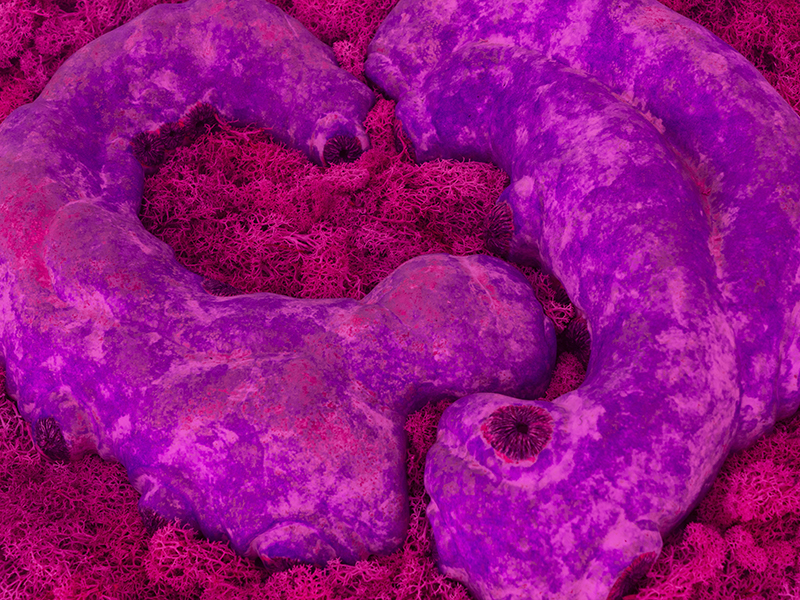 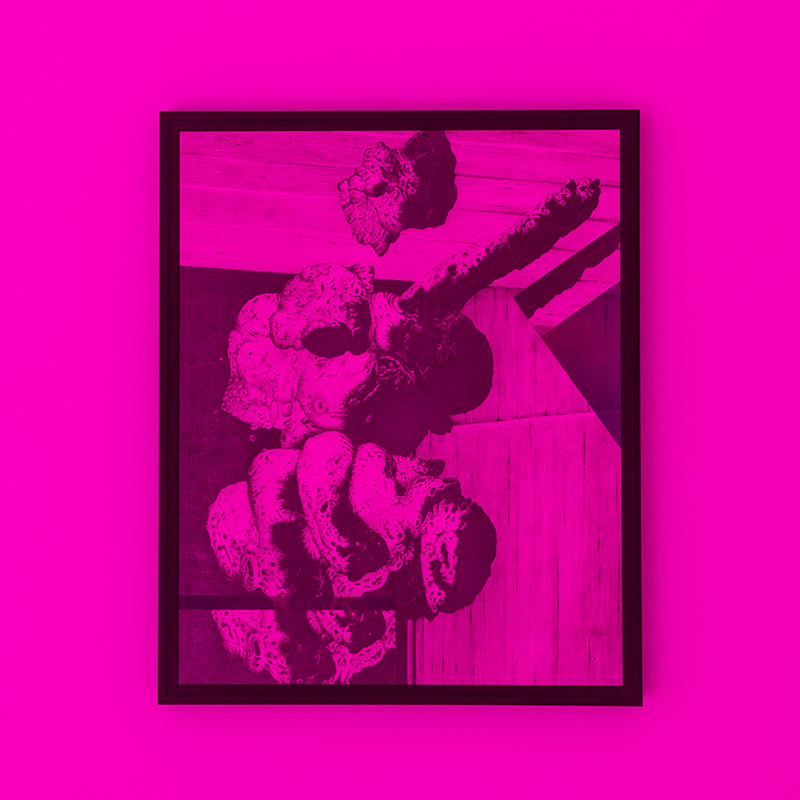 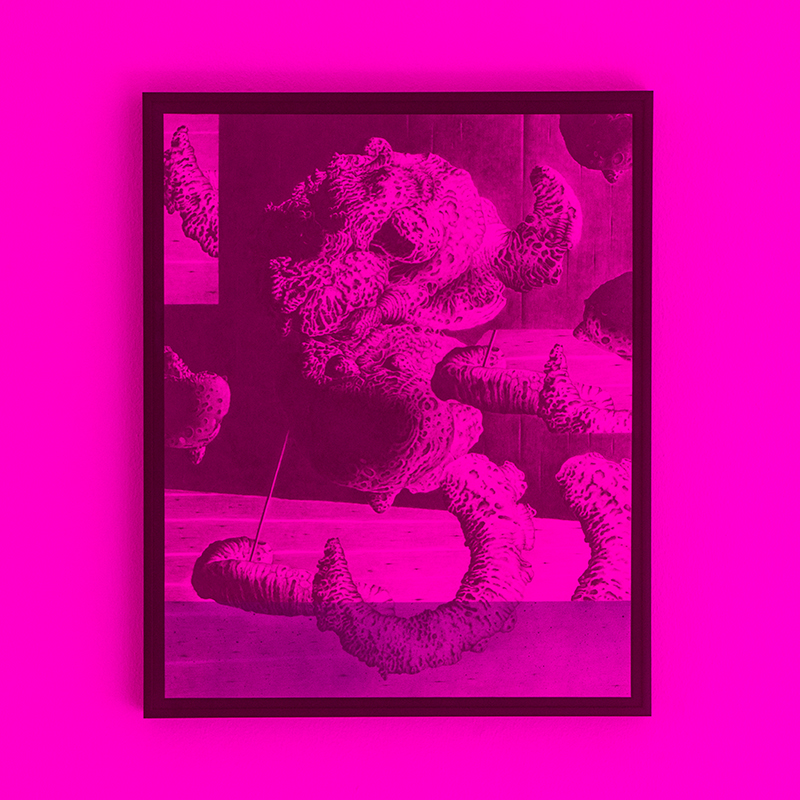 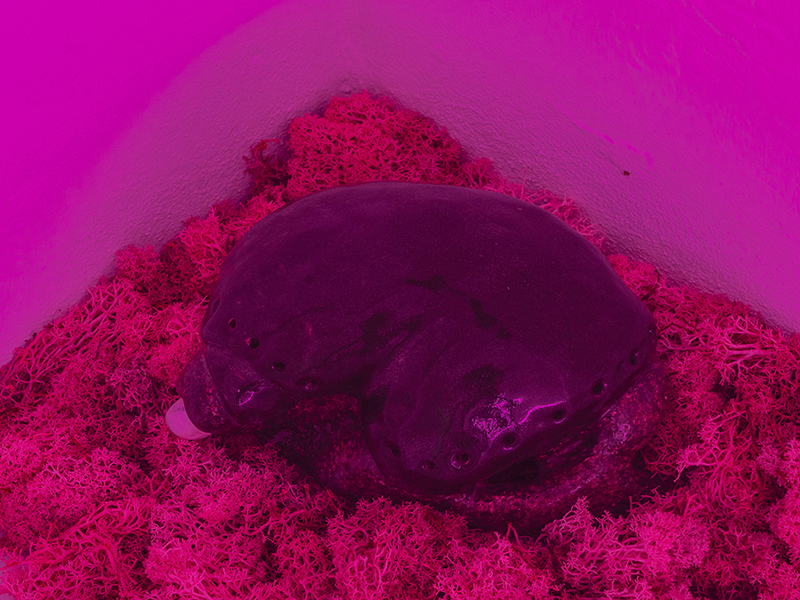 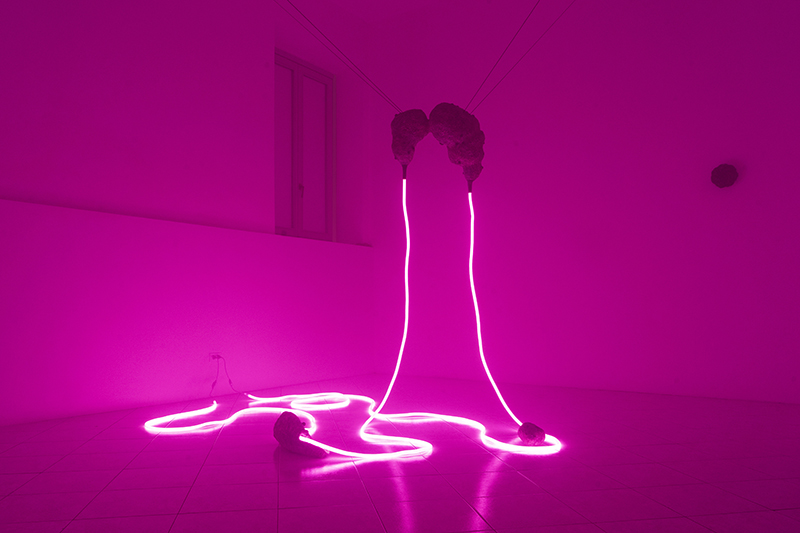 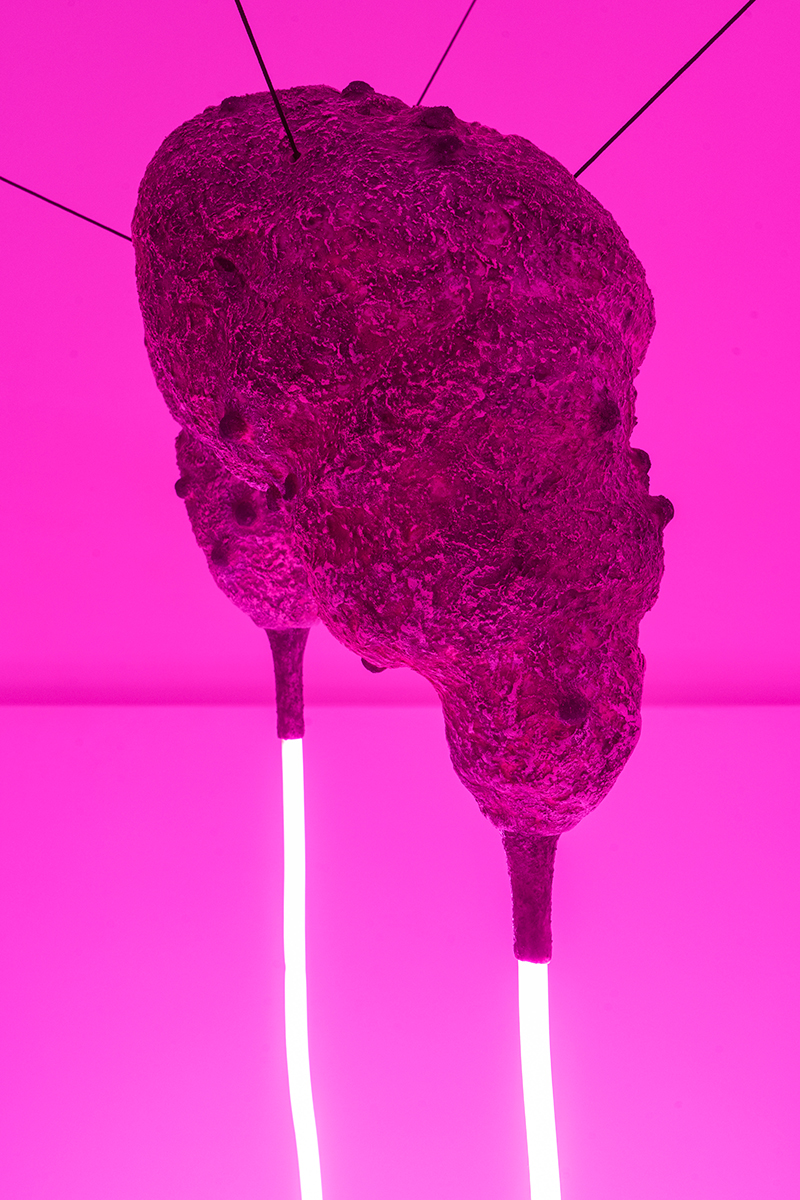 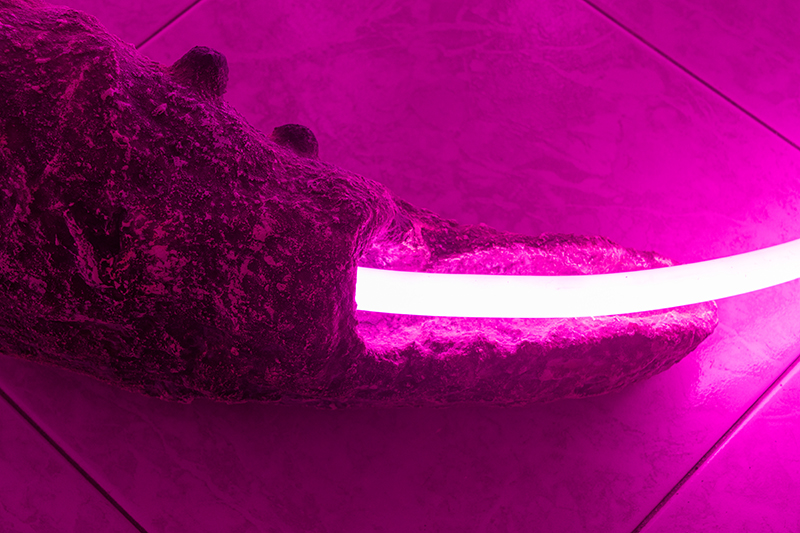 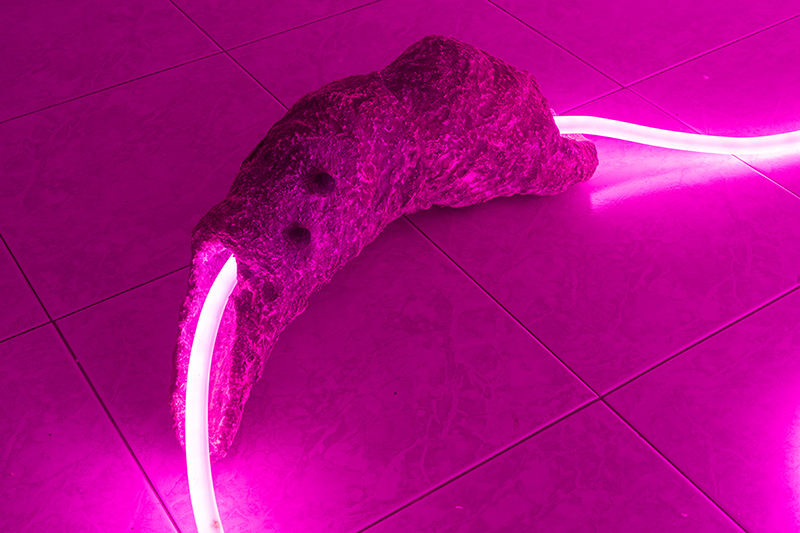 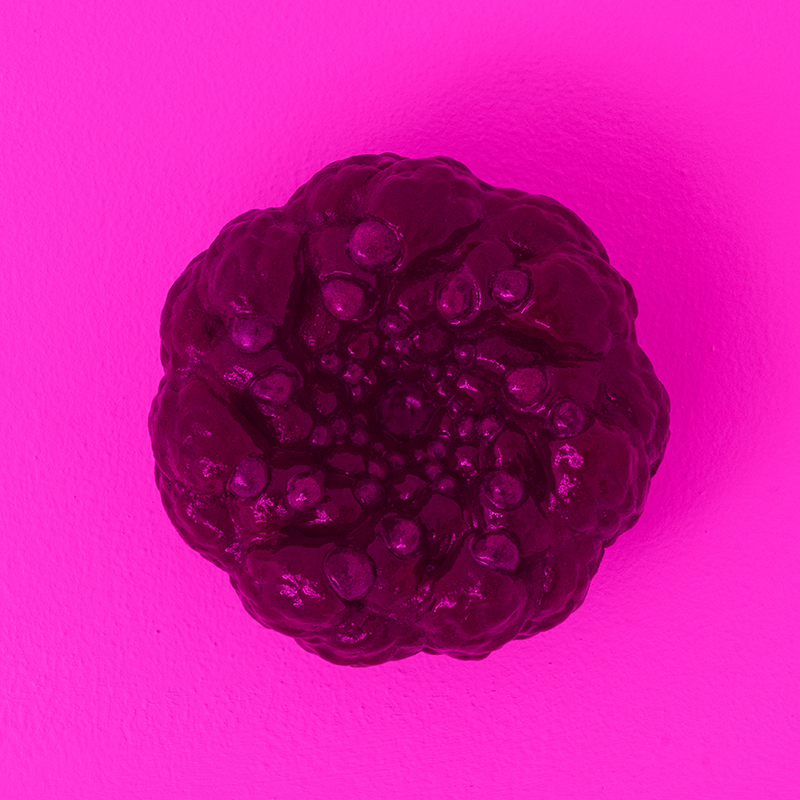 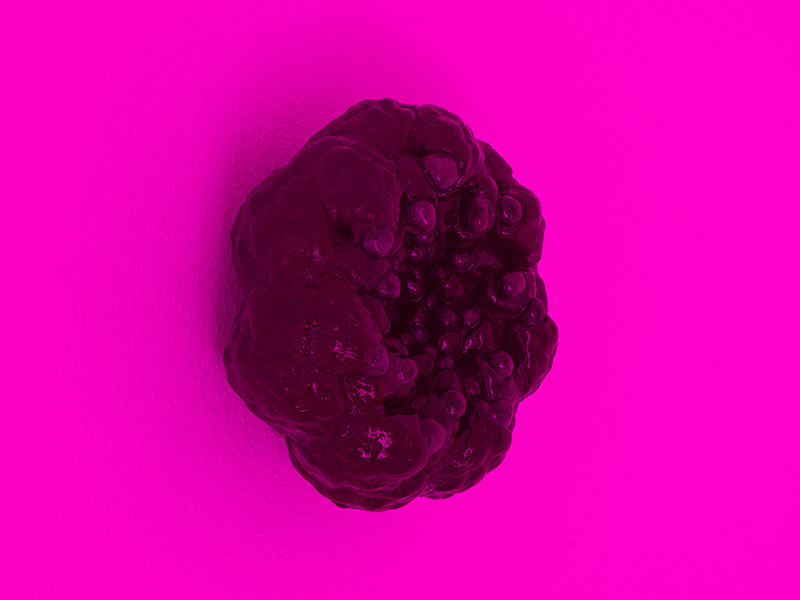 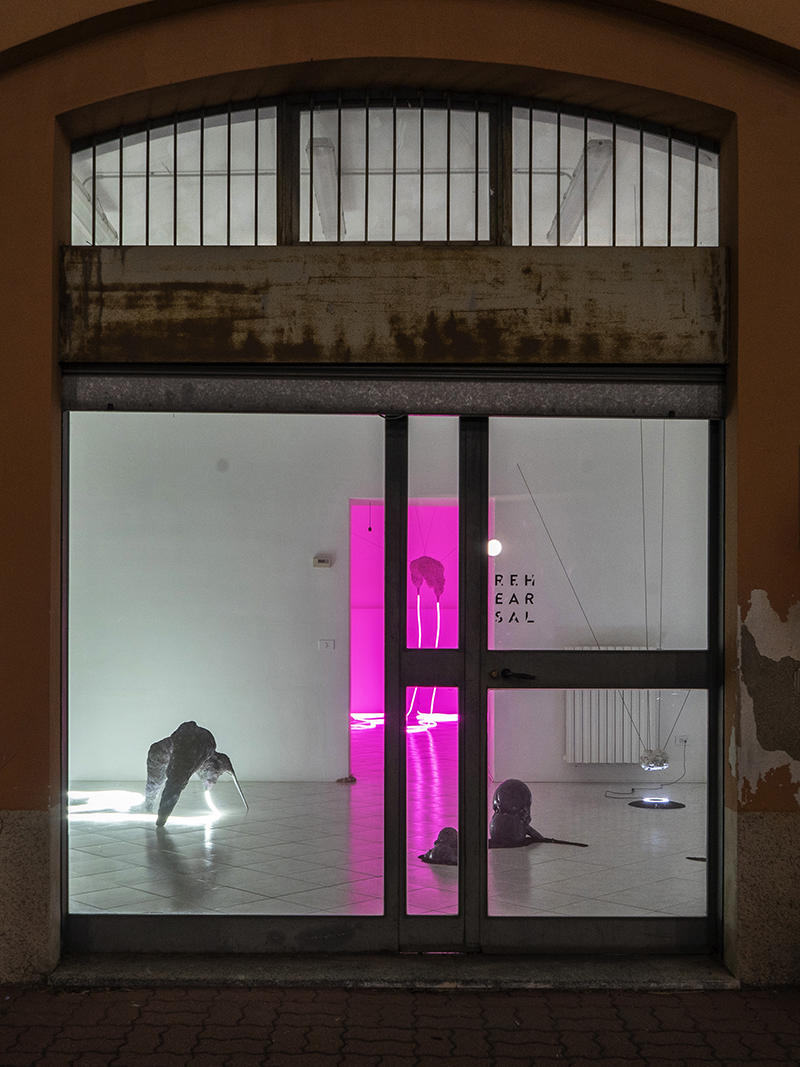 Rehearsal Project presents Fishy fishy fishy X, a solo show by Francesco Pacelli. Inspired by a scene from a famous movie by Monty Python, the question introduced by the artist's work considers the generative possibilities of an imaginary made of elusive forms. Through sculptures, drawings and installations, the exhibition induces the unknown. The X rejects the definition and follows an enigma of works characterized by peculiar materials and refined attentions, which live on constant tensions and hidden references, as if they wanted to open a breach in the mystery of language. In a constant overlapping of structures, materials, colors and images, the works become elements of a single ecosystem that has all the taste of an unsolved fishy X.
---

“After crossing the bottom of this pool of water that a very optimistic person would call a lake, a place of harmonious tranquility suddenly appears, where no one is present. Consumed by time and torn by a pitch-black light, this environment present ambivalent scenarios that mix and blend together, fueling regrets and enthusiasms slowly contaminating each other until overlapping, with hopes cyclically coming true and then fading out in a continuous flow of alternating current. Shapes appear vague in this fossilized, obscure silence, there’s no time for disorientation. There is no place for boredom. There is only a blanket of ash covering ideas, suffocating them up to strangle them, sketching what is underneath, like a snow-covered soccer ball on a January morning. Here a lightning, a  bug, radon gas become equal and evanescent pieces of a single entity in which borders are not perceived, in which everything is flattened and the end of that branch coincides with the extension of this little finger. Darkness and light are the same thing, without interruption. The circle makes necessarily more sense than the half-line. The elusiveness of these apparitions stimulates the reading parameters of a phenomenology that is almost alienating, adding interpretative layers of a reality that is basically impossible to dominate in an exhaustive way. Sometimes you go on, you quite always get lost. In this fat and pasty slime, orientation is delegated to other senses, to bats’ radar, to the air currents that shape clouds, to the intuition of some blind fishes. You ambiguous creature are able to reassure and shake us; however, the fear of change is blocking my ability to clearly understand situations, immobilizing me. And that stone, which I feel coming at great speed, will probably hurt me a lot. Wild plants, you are not made to be contained by the tar, break it, free yourself, take back what’s yours. A suffused glow can be glimpsed between two anthracite-colored rocks, radially projecting faint and over-saturated images of a changeable and uncertain future, undulating moods for which we will have been unaware architects and nostalgic witnesses. This dirty sweatshirt is burning, and the same is for the sea, for the sound of cotton, for the bother caused by the wet sand between the feet and the flip-flops. It is one of the many potential reality scenarios, or just a funny game for humans.”